Dimitris was born and raised in Kalamata. He is a highly enthusiast experienced captain, born in 1985. His wide versatile sailing career ranges from thousands sailing miles in the Greek seas, Atlantic Ocean and Persian Gulf. His participation in various significant sailing championships Worldwide with the landmark of winner 2019 European Championship, has equipped him with the right standards of experience and discipline required in this kind of job while being a licensed Yacht Master Offshore RYA/MCA. His broad participation in various teams such as the Yacht club of Greece and national team 470 Olympic class has provided Dimitris with great interpersonal skills such as creativity, good sense of humor, confidence, punctuality and on top of everything, “safety first” alertness. His pool of interests ranging from extreme sports such as windsurfing, cycling, diving and in combination with his two university in Civil Engineering degrees and working experience in UAE will make Dimitris the ideal multifaceted personality captain who will make your trip even more delightful and memorable.

Alexandra was born in 1979 and grew up in Athens. From her schooldays she had a passion mainly for two things; cooking and sailing. So it is no surprise that throughout her life she has been involved with these. She has an offshore sailing license and every year she participates in off shore sailing yacht races. She also has a professional Diploma (with distinction) in culinary art from Le Monde Institute. Initially she worked in restaurants but in 2010 she decided to combine her talents by working on yachts. She has participated in various culinary seminars. She has also completed courses on First Aid, Sea Survival and Maritime Radio Operation at RYA. She is a cheerful and communicative person who loves caring about people. Her hobbies include reading, tennis and travelling. She speaks English and a little Italian. 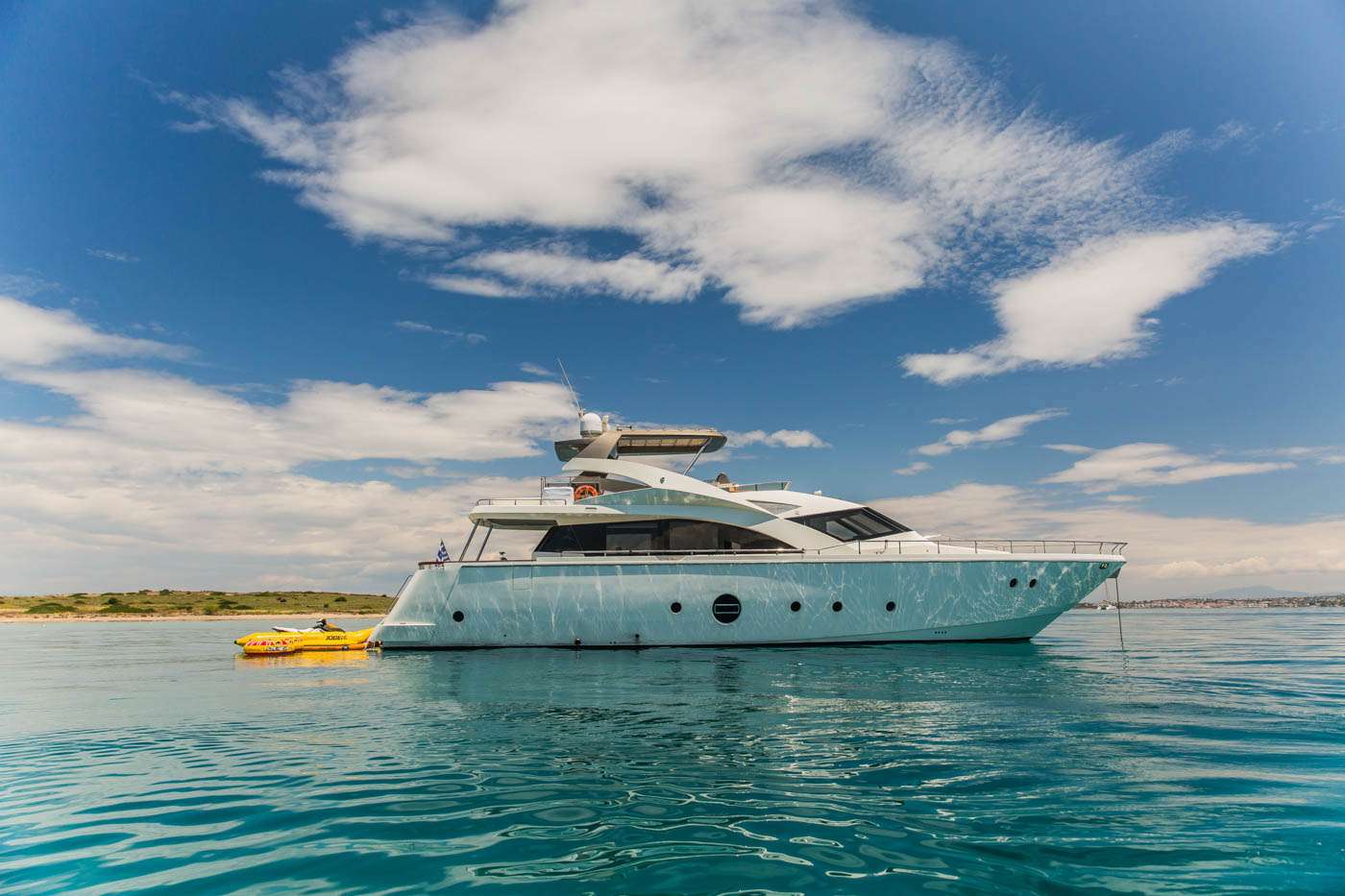