Other Entertainment: USB sockets in salon and all cabins

Originally from Atlanta, Ga, Sy was born in 1987 to a family rooted in hospitality and
travel. His passion for the ocean began early during his summers on the shores of
Amelia Island, Fl. After college he spent nearly a decade in hospitality management.
Prior to finding his passion as a Merchant Marine he managed an event venue and
Historic Bed and Breakfast in Amelia Island. In early 2017, Sy stumbled upon the
beautiful islands of the Florida Keys. Although initially a three month sabbatical from
work sailing on a friends Cheoy Lee, the journey quickly changed his life forever. The
crystal clear waters and fruitful life offered in Key West captured his heart. Three of the
past four years he has spent sailing catamarans for FURY Water Adventures.
Specializing in snorkeling, backcountry mangrove tours, and parasailing.
Born in Perth, Western Australia in 1988 and raised in the harbor city of Darwin,
Northern Territory. Kara is the oldest of eight adventurous children raised in the bush
of the Outback. Her father inspired the love of the sea with regular sails along the
coast of northern Australia and throughout neighboring Indonesia. After a career
driving haul trucks in the mines of Australia she set off to explore the world. Living
throughout Indonesia, Thailand, and Europe she eventually found her way to the US.
After a two year stay in New York City she found her way to eclectic Key West, Fl in
2016, soon there after taking work as a crew member with FURY Water Adventures.
Sy and Kara’s love for each other started with their mutual love for the ocean. They
met while working with FURY and living on neighboring boats in the mooring field of
Key West. They have spent the last 3 years together growing as a couple as well as
individuals. Kara worked as chef and mate for a charter spearfishing company as well
as working during the summers as ground support and chef for a TP52 Series Team in
Europe. Sy has grown from mating on 65’ catamarans to becoming a proficient
captain of the vessels, and eventually becoming fluent with all the catamarans in the
FURY portfolio. Together these guys have driven across two countries and
circumnavigated the continent of Australia in their faithful LandCruiser. They are a
polished well rounded duo who aren’t afraid to roll their sleeves up in the name of
adventure. 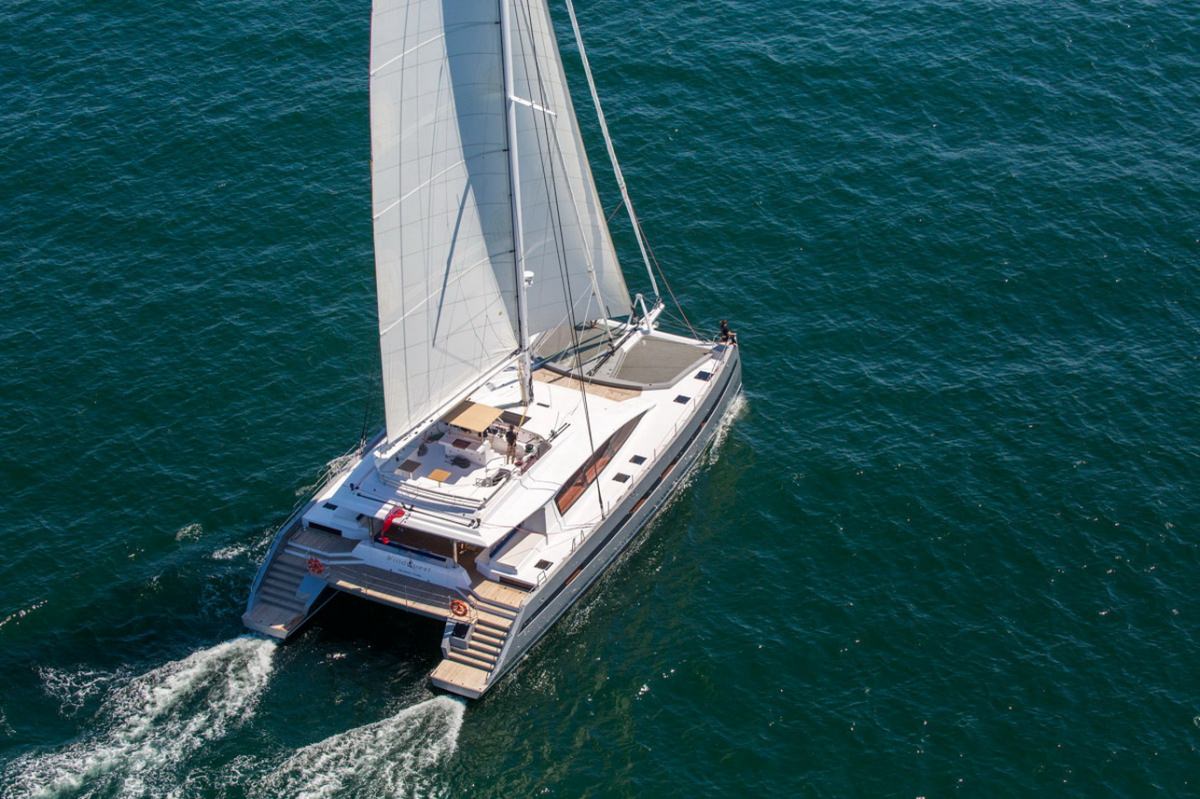