Captain Angelo was born in 1972 in Termoli, a little town by the Adriatic Sea.

He learned to love the sea from a very young age since his family owned a little jetty in the Termoli harbor. When he was only 10 years old, he sailed together with his father from Termoli to Ortona.

Since then, he participated in numerous races over the years, deepening his sailing experience, his passion for the sea, and his knowledge constantly. He attended the Nautical Institute of Termoli and received his certification at the Naval Academy of Livorno. Since 2006, Angelo manages two companies in Termoli together with his brothers: the Inmare Srl, a company dealing with work at sea, and the Marinucci Yachting Club, a company in charge of marina management. During his years as captain, he has sailed all over the Mediterranean (Italy, Croatia, Greece in particular) and has passed the Atlantic Ocean to sail in the Caribbean as well. Angelo is passionate about the sea and sailing; a true sea lover with the motto: “If it floats and has sailed, you can have fun!” He was the Captain on M/Y Don Michele since 2016 when the yacht first was launched.

He is now happily returning to sailing yachts to be the captain of Genny. He loves new challenges, is hard-working and responsible. His communicative and friendly character will undoubtedly ensure guests an unforgettable sailing experience onboard. In his spare time, he enjoys wind and kite surf. Angelo speaks Italian and English fluently.

Chef Savvas is Greek, born in 1989 and is one of the most promising chef’s in Greece. He completed his training in in culinary art at the professional school OAED also holds a degree in Fast Pace cooking and has completed seminars in Japanese and molecular cuisine. Chef Savvas started his internships in 2005 at the prestigious King George Palace Hotel and he worked his way up over the years. He participated in the Master Chef in Greece and took 4th place in 2018. The next two years he has the Chef at Juju Bar Restaurant holding the FNL Star award for 2 years. He has worked along side with some of the best chefs. Savvas enjoys creating Fusion cuisine incorporating Greek local ingredients and making enticing dishes.

Giselle is 30 years old and is from Imperia. Before heading to the yachting industry, Gisella traveled and worked around the world for 3 years. She worked mainly in the tourism industry learning languages and showing her great enthusiasm and hard-working attitude. She finally made the jump to the yachting industry in 2017 when she started working on the motor yacht, Don Michele.

There she became a vital part of the crew, irreplaceable and always helpful in her job. With her happy and smiley attitude, she is the stewardess every guest wants to have on board. Gisella is a true sea lover and speaks fluent Italian and English.

Federica is 23 and from Northern Italy. She fell in love with the sea and traveling while sailing with her family when she was young. From these early experiences, she decided to pursue a yachting career. She is kind, helpful and excited to be part of the Genny crew. She is eager to welcome guests and offer exceptional service and care on their charter holidays.

Luigi is 46 and from Italy- he is quiet, calm, thoughtful, and very hard-working. Since joining the crew of Genny, he and Captain Angelo have a great working relationship and are able to maintain the yacht to the very highest of standards. When he was young, he served in the Italian marine military division and is now very happy to be back on the sea. As a long-time mechanic, he loves to solve technical problems and is excited for his role as the engineer onboard Genny. 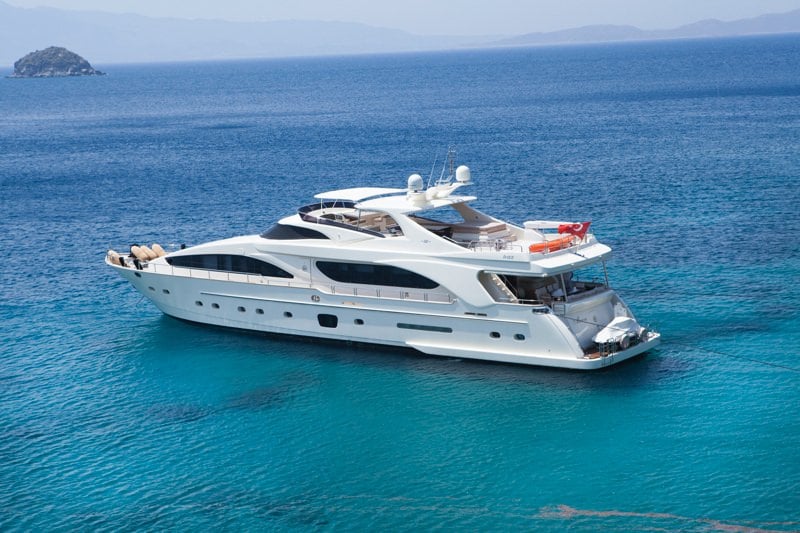