– Master Cabin on main deck, full beam with study, walk in wardrobe and bath.
– Double VIP Cabin on the lower deck which can be converted to full beam or with the wall division in place, is a double cabin and a twin.
– Two twin cabins on lower deck.

Brendon grew up on the West Coast of Australia and spent every spare minute of his youth either water surfing (State Champion) or on his father’s motor yacht at Rottnest Island. After a brief stint chasing the pro surfing tour it was time for a real job! Brendon spent the next 8 years on the deck of Lobster boats and then 4 more years driving high speed ferries before landing in Antibes where he started his professional yacht career. With over 21 years’ experience as a yacht captain cruising both east and west Mediterranean, Caribbean, Asia , East Coast U.S and the waters of Dubai and Oman, Brendon is a highly experienced Captain with many industry contacts and who will ensure charter guests ALWAYS get what they want.
___________________________________________________________

Growing up near a small coastal town in South Africa Shannon always enjoyed the sunshine. Naturally active she was a competitive hockey player and originally trained as a fitness instructor. After honing her skills in various hospitality companies from a young age, she soon moved to superyachts, bringing with her a keen eye for detail, excellent service skills and impeccable standards. She is very attentive to guests needs, always comes with a professional approach and will go the extra mile to ensure you have a memorable time on Kathleen Anne.
___________________________________________________________

Erik was born and raised in Holland with lots of family working in the hospitality industry, his father was one of the executive Chefs on the Holland-America line. After Hotel school and doing his military service as Corporal-Chef he did his apprenticeship in various restaurants in Holland and abroad. He took the opportunity to work on yachts 20 years ago, after being a head-chef for 8 years in Holland, and using his skills to work, travel and learn. He loves to work with local fresh produce and gets inspired by visiting the local markets but also has lots of international dishes in his arsenal as well as well known “classic” and new creations that complement each other.
___________________________________________________________

Growing up locally in Imperia, Italy, Marlene is familiar with superyachts frequenting her local port. After working for many years in hospitality and obtaining a Masters degree in Gastronomy, she naturally moved to the high standards of Yachting. Whilst working abroad in the United States, she found herself gaining a huge interest in Yoga and has travelled far and wide to gain her 900+ hours teacher training courses. Having several years of yachting experience, She is very knowledgeable, thorough and detail orientated and should a guest need anything, Marlene will stop at nothing to make it happen.
___________________________________________________________

Gary is a country boy from Warminster, with a passion for the outdoors and travelling. Whether hiking new terrain with his drone or playing soccer with his friends Gary always enjoys any chance to get outside – He has a razor sharp eye for detail that ensures the exterior of Kathleen Anne is kept immaculate at all times. Being both technical and practical, Gary is ideally suited to his officer role on Kathleen Anne.

After completing his civil aviation air-engineering license, Philip started working for British airways. Deciding that a career at sea would be more interesting, he hit the books again, gaining his Y2 engineer’s ticket. Philip has now worked on boats for 20 years, including 4 years on Kathleen Anne. His engine room is kept as clean as the main saloon. When underway, Phil can be seen, pillow in hand, heading down to spend the night with his beloved engines. Off the boat, Phil and his family live in the South of France. His two young sons keep him busy when he’s not lighting a BBQ or skiing in his favourite winter spots of Auron or Isola 2000.
___________________________________________________________ 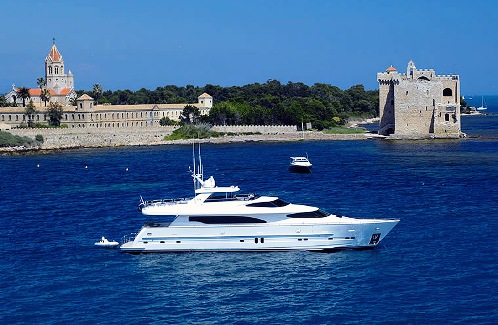