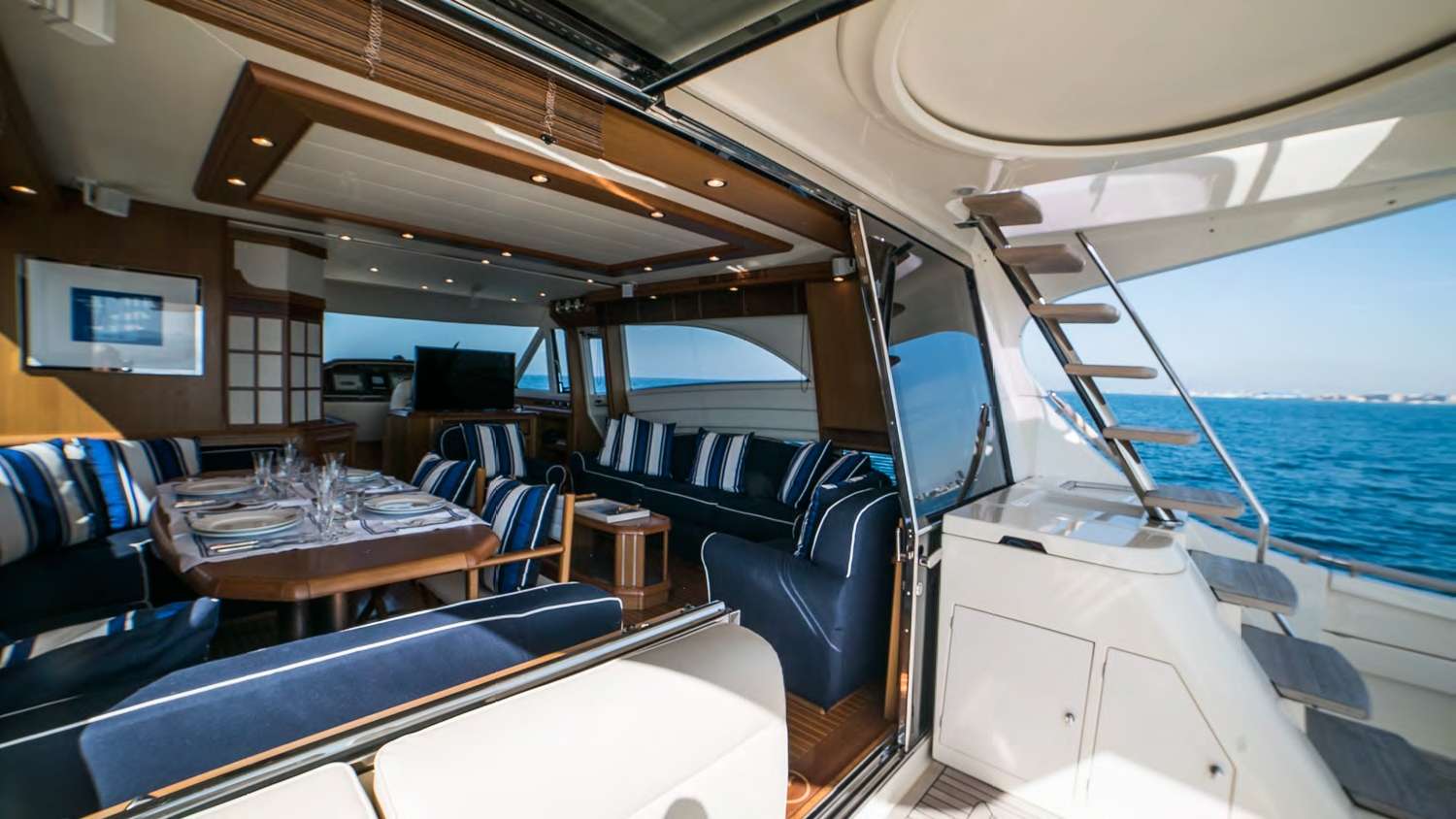 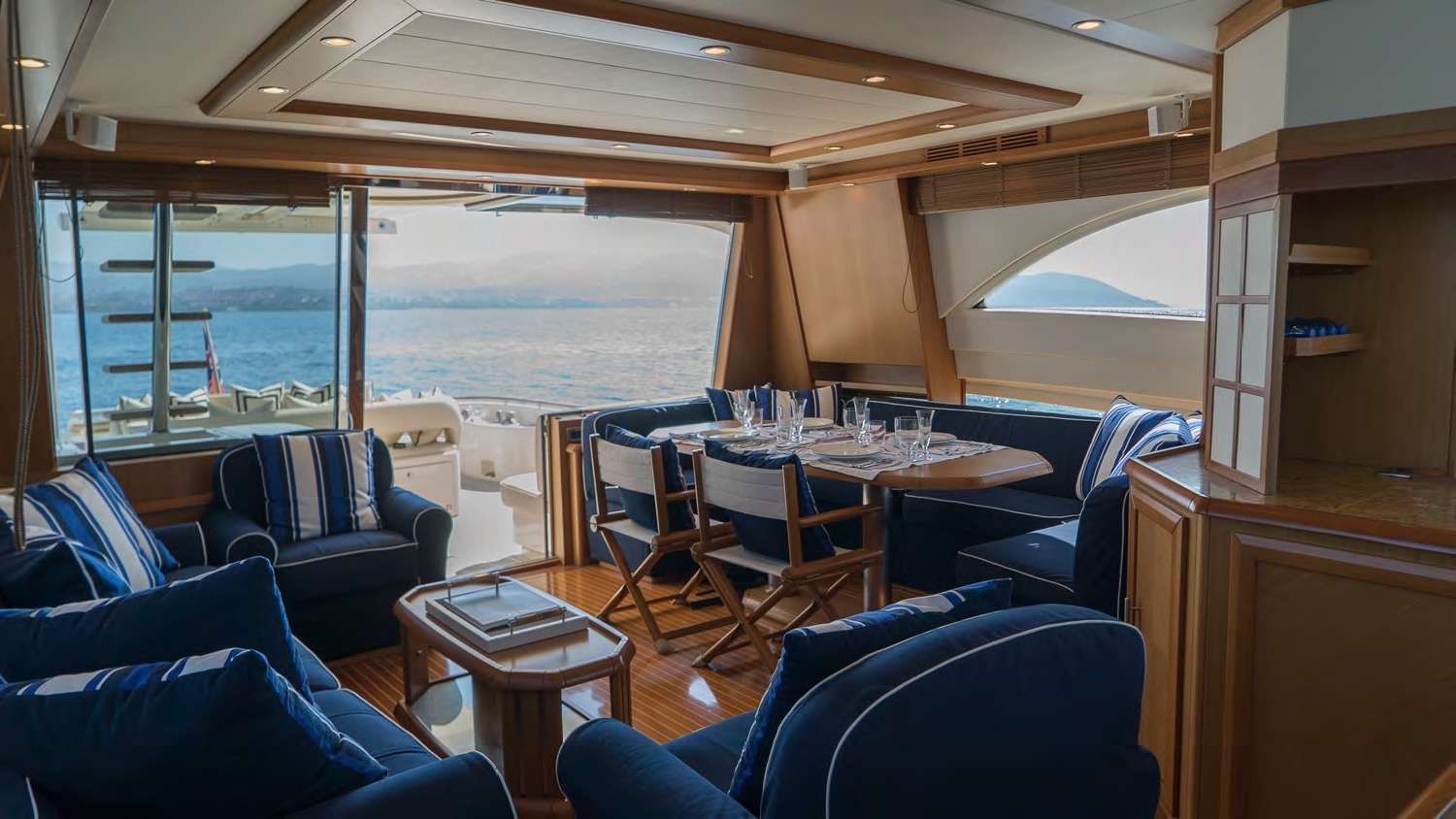 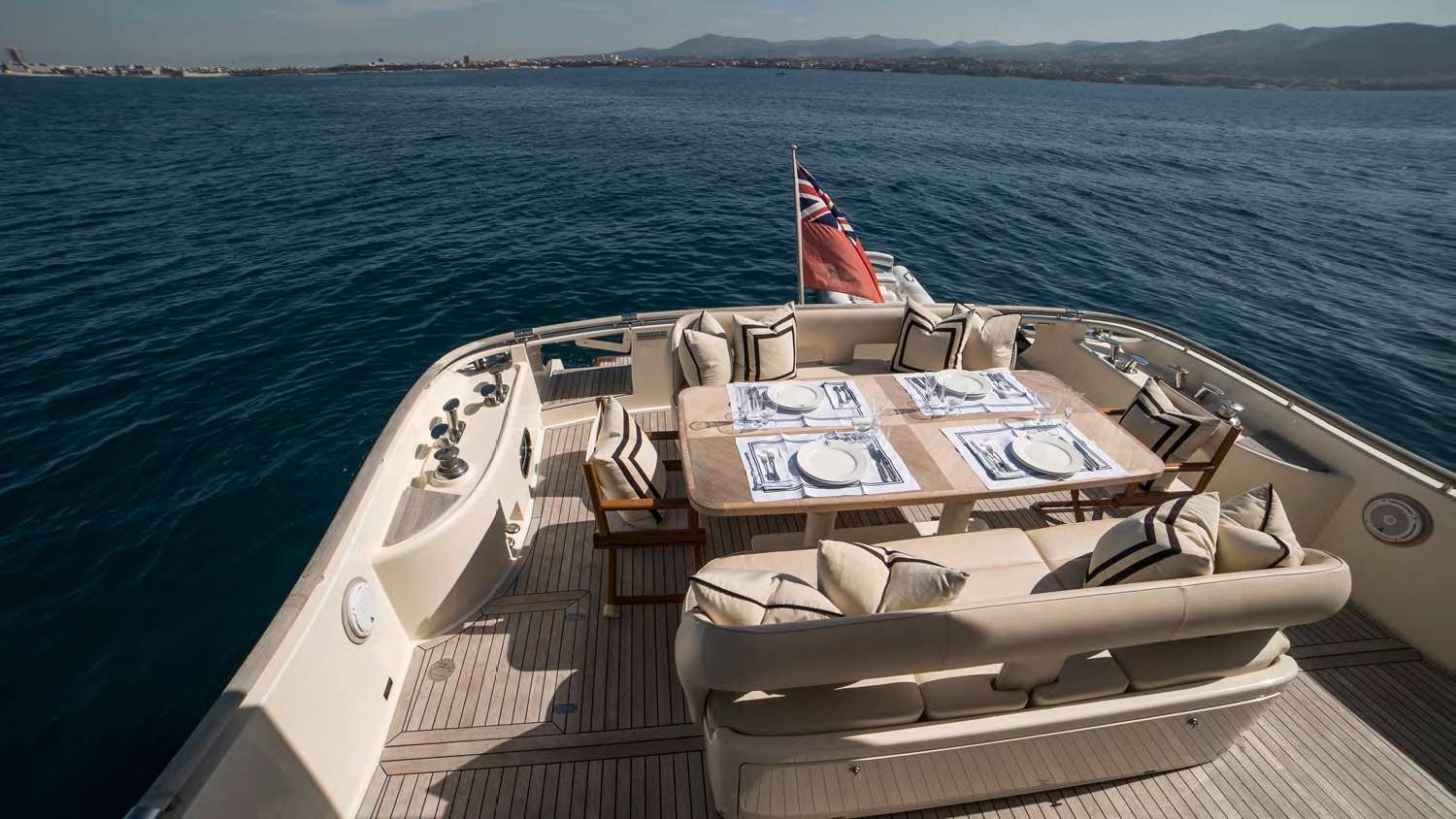 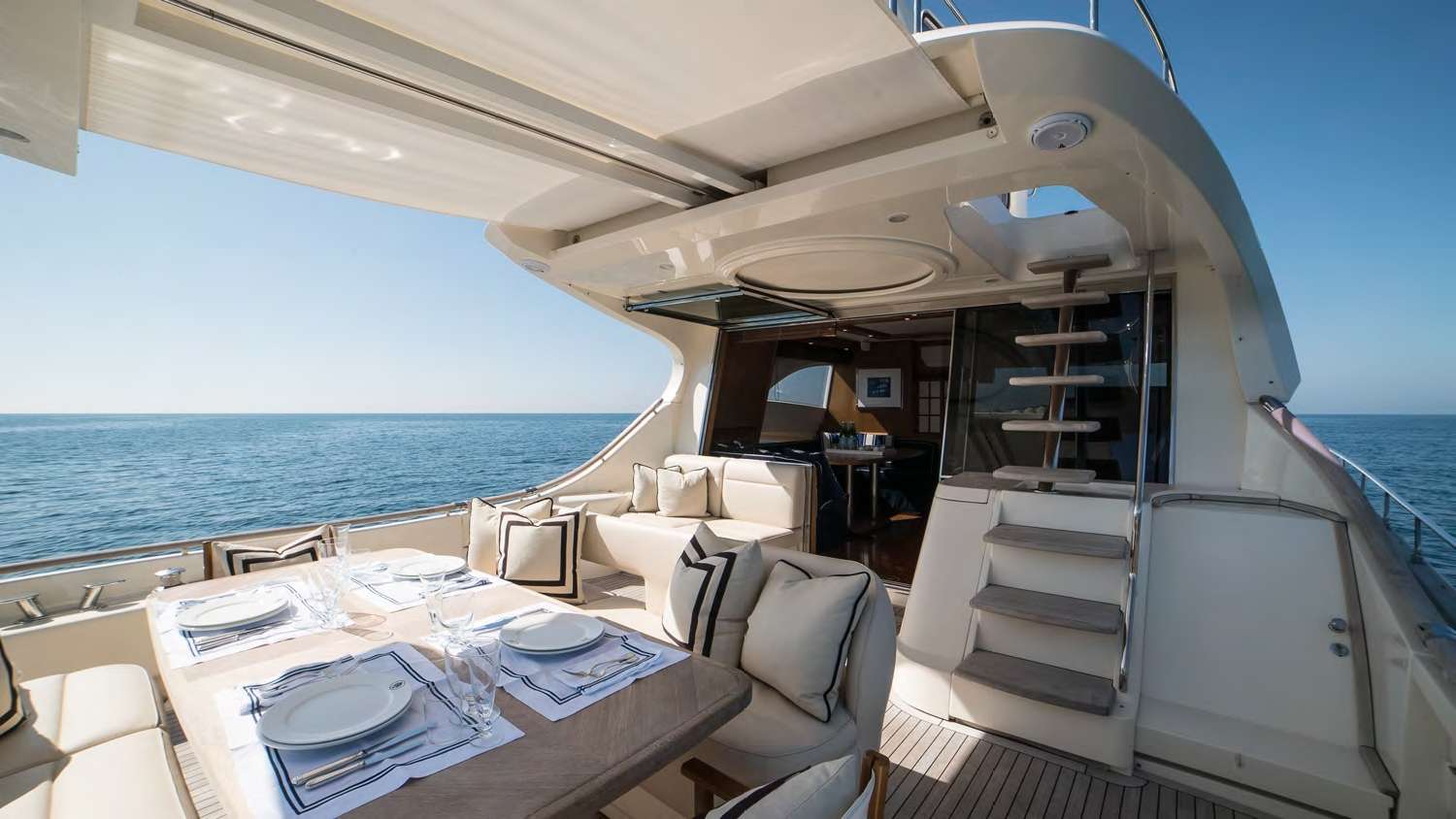 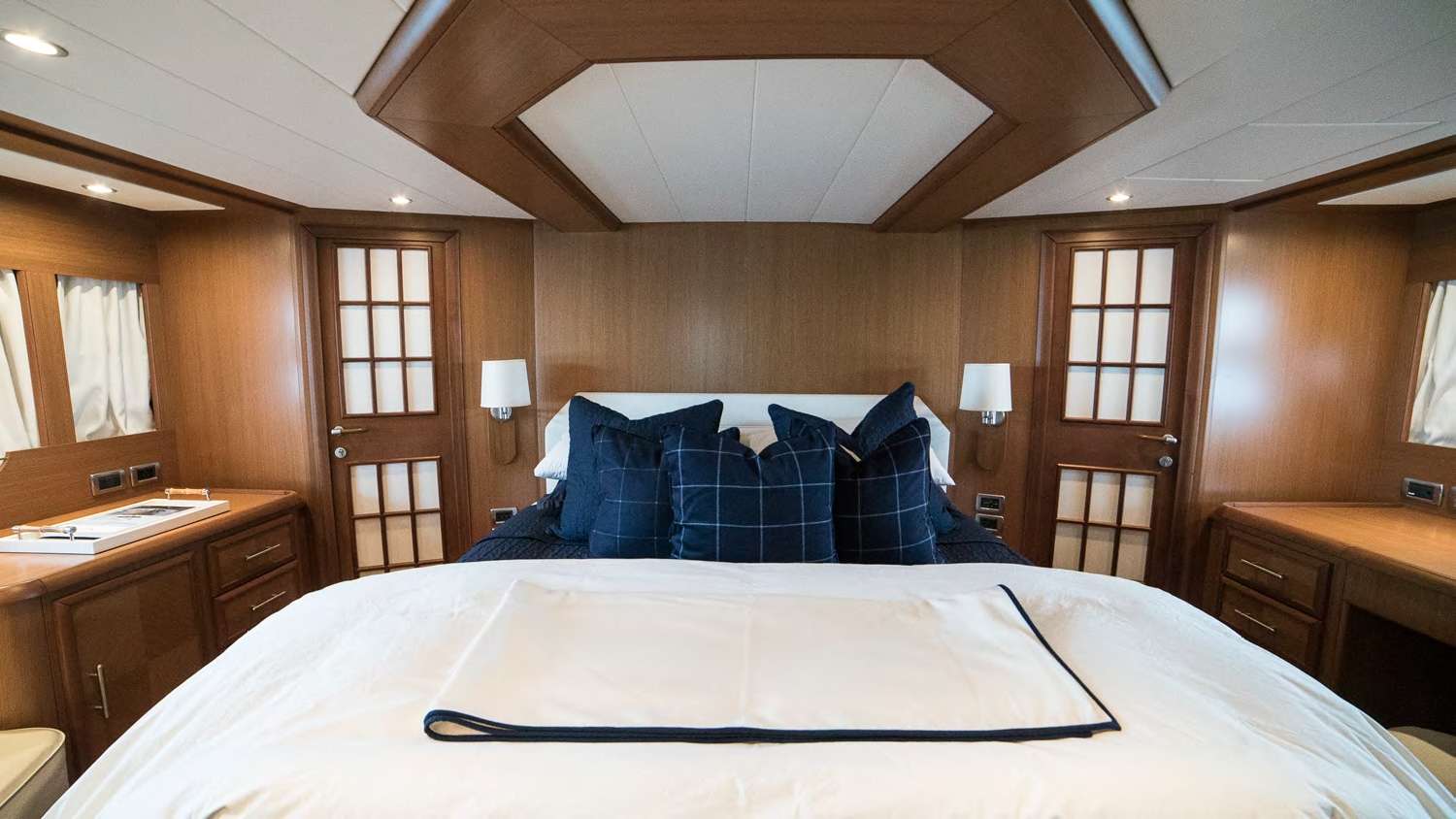 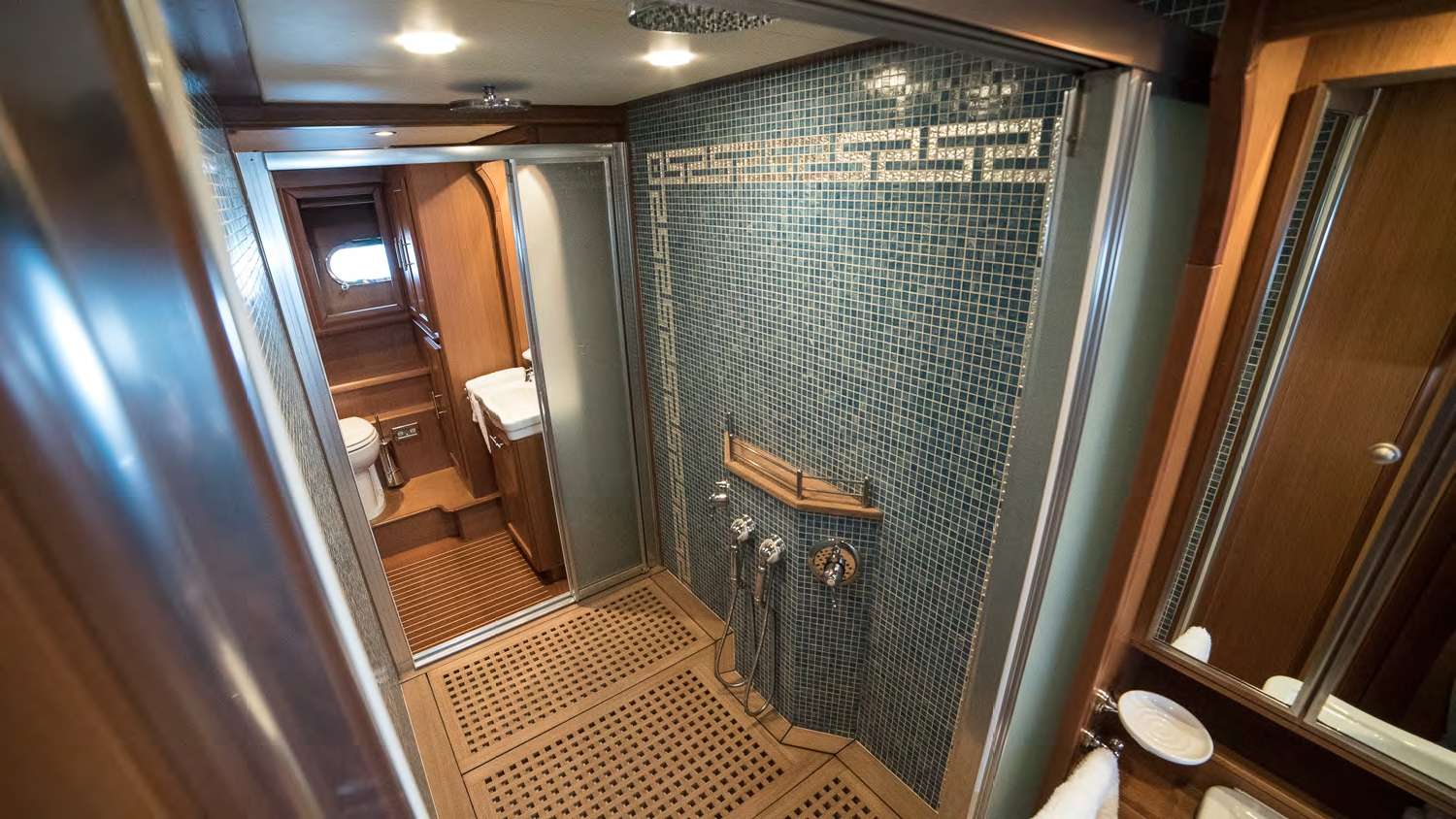 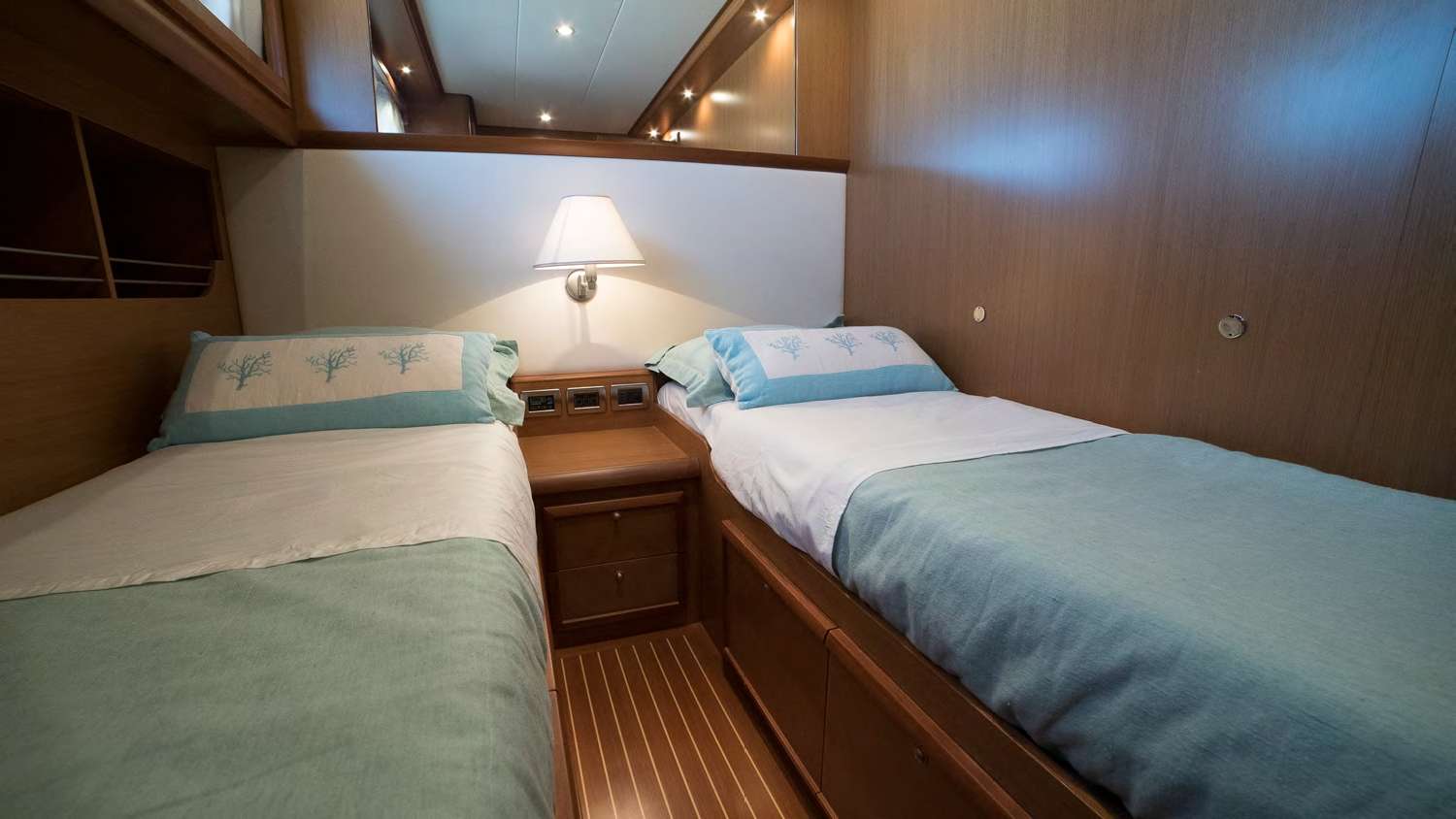 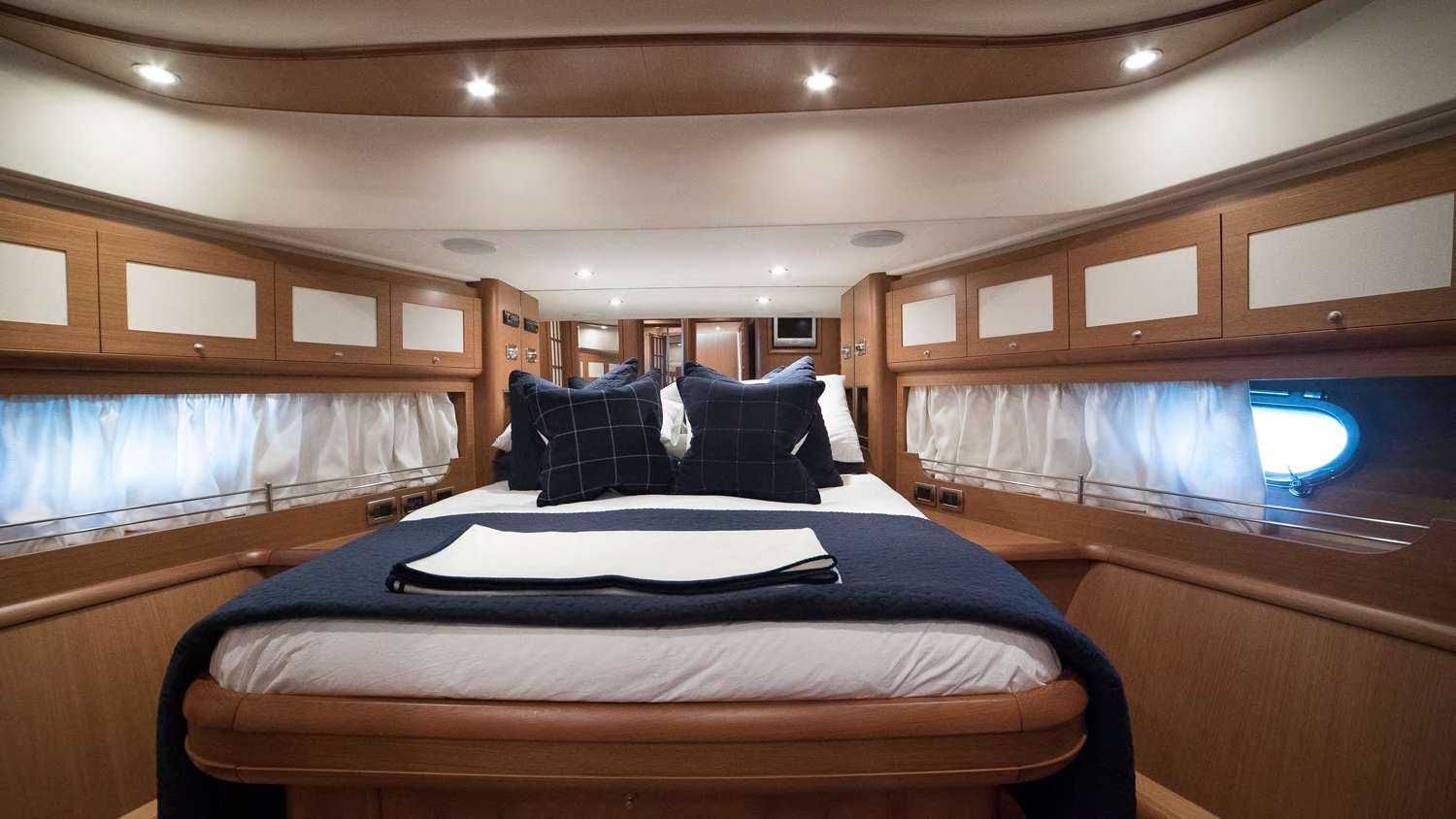 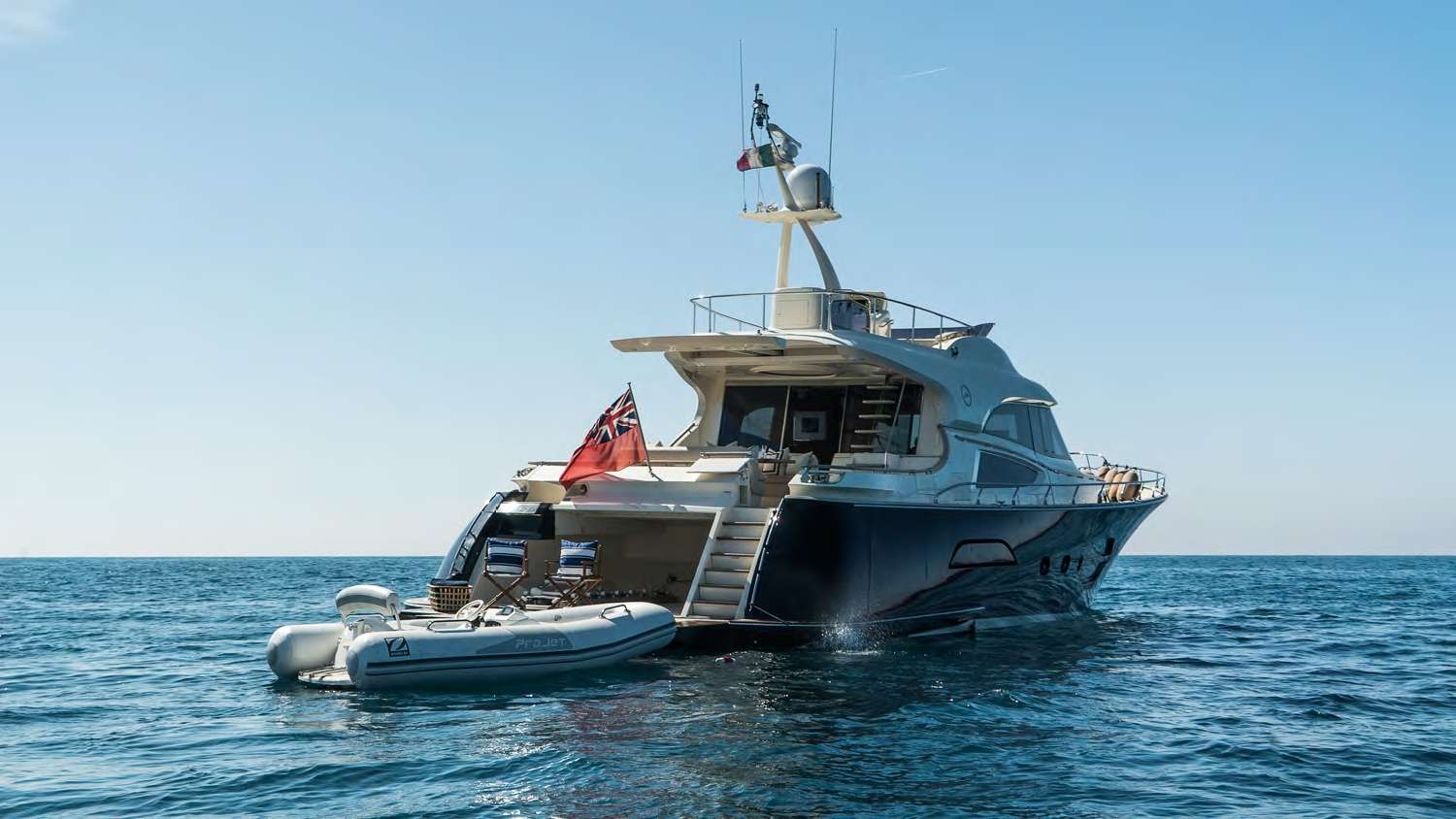 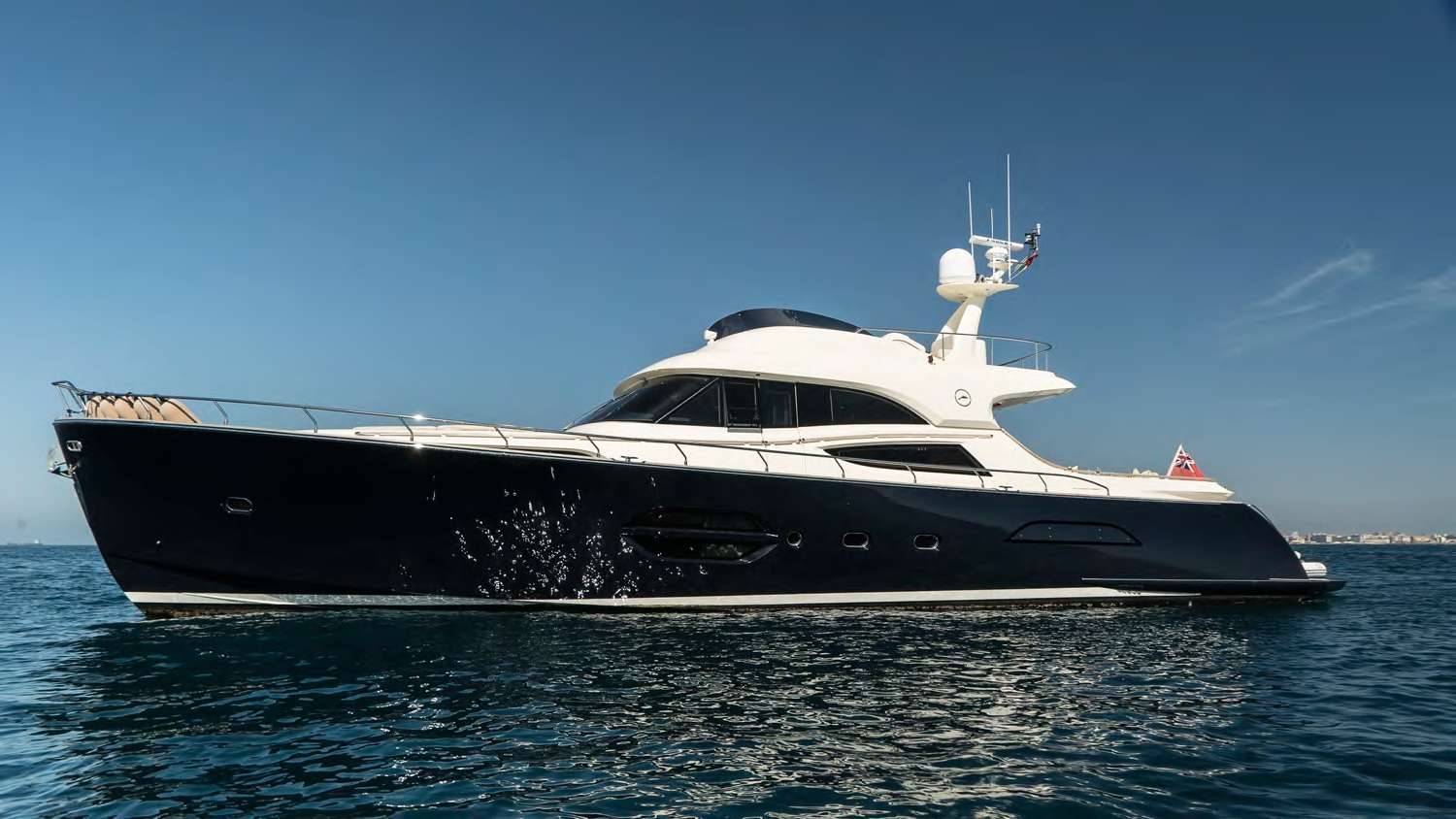 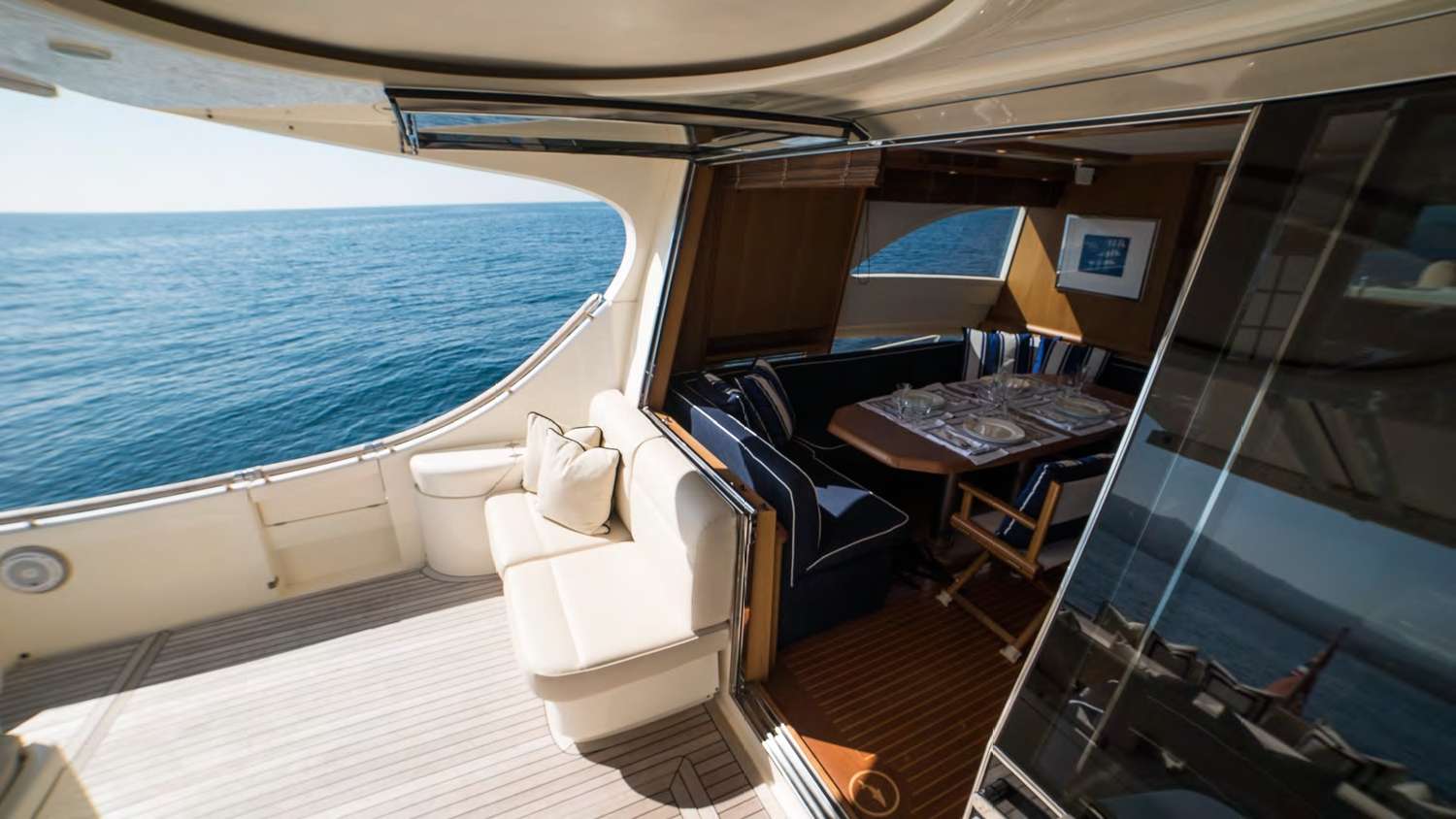 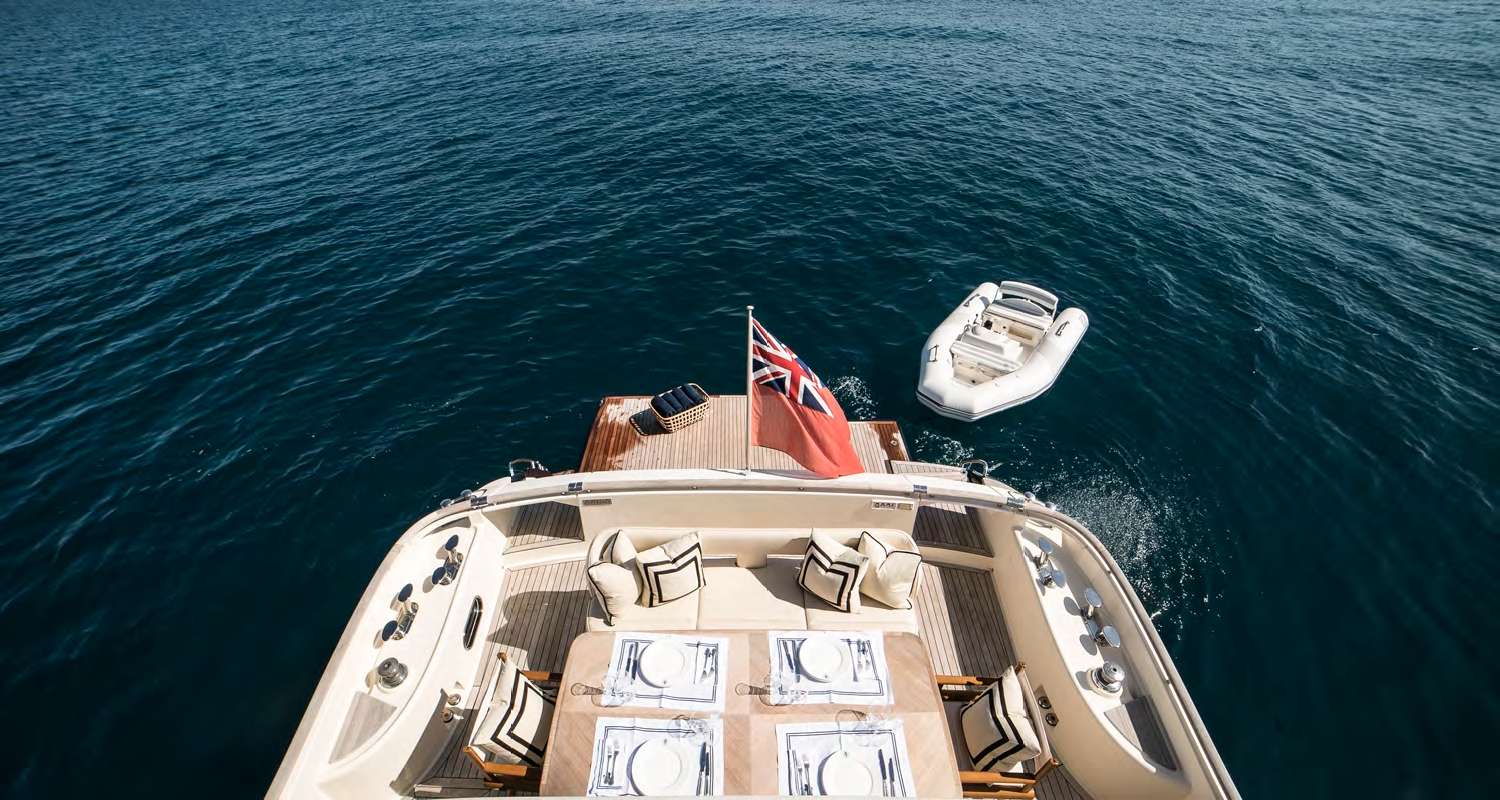 Main salon: sitting area with 1 sofa and 2 armchairs, table with seating for 8 to 10 persons
Main deck aft: table for 6 that can be protected with a retractable sun awning.
Swimming platform with shower

Large sunpads on flybridge and foredeck.

Other Entertainment: Tv’s in all guest cabins
Apple TV in the main salon
Bose sound System

CAPTAIN: Simon J Davies – British
Joined Summer 2019
Joining Lumiere, Simon brings with him 28 years of maritime experience and has worked a wide range of roles, including two years as a crab fisherman. He began his maritime career as a welder fabricator, and later moved on to working on board boats, performing various roles including engineer positions.
Simon thoroughly understands the boats he works, so much so he has taken captain/engineer positions on several yachts over 8 years. With his wealth of maritime knowledge he will provide a smooth and efficient holiday for his guests.
Languages: English,
Previous Yachts: M/Y Odyssey 111 (34m), M/Y I.C.U (32m), M/Y Vedi (23m)

DECKHAND STEWARDESS: Joanna Galon – Canadian Polish
Joined Summer 2019
Canadian born Joanna has displayed dedication and a strong character since graduating from Ottawa University with a degree in psychology, she has undertaken numerous roles which have given her a wide range of skills and experience. These skills range from retail and service to operations and security she has accumulated ten years of experience and is a strong and reliable addition to the team. This is Joanna’s first season in the yachting industry and she is confident that she will be able to respond to any challenge she is given.
Previous Yachts: M/Y Tugatsu (45M)
Languages: English, Polish, Spanish, French