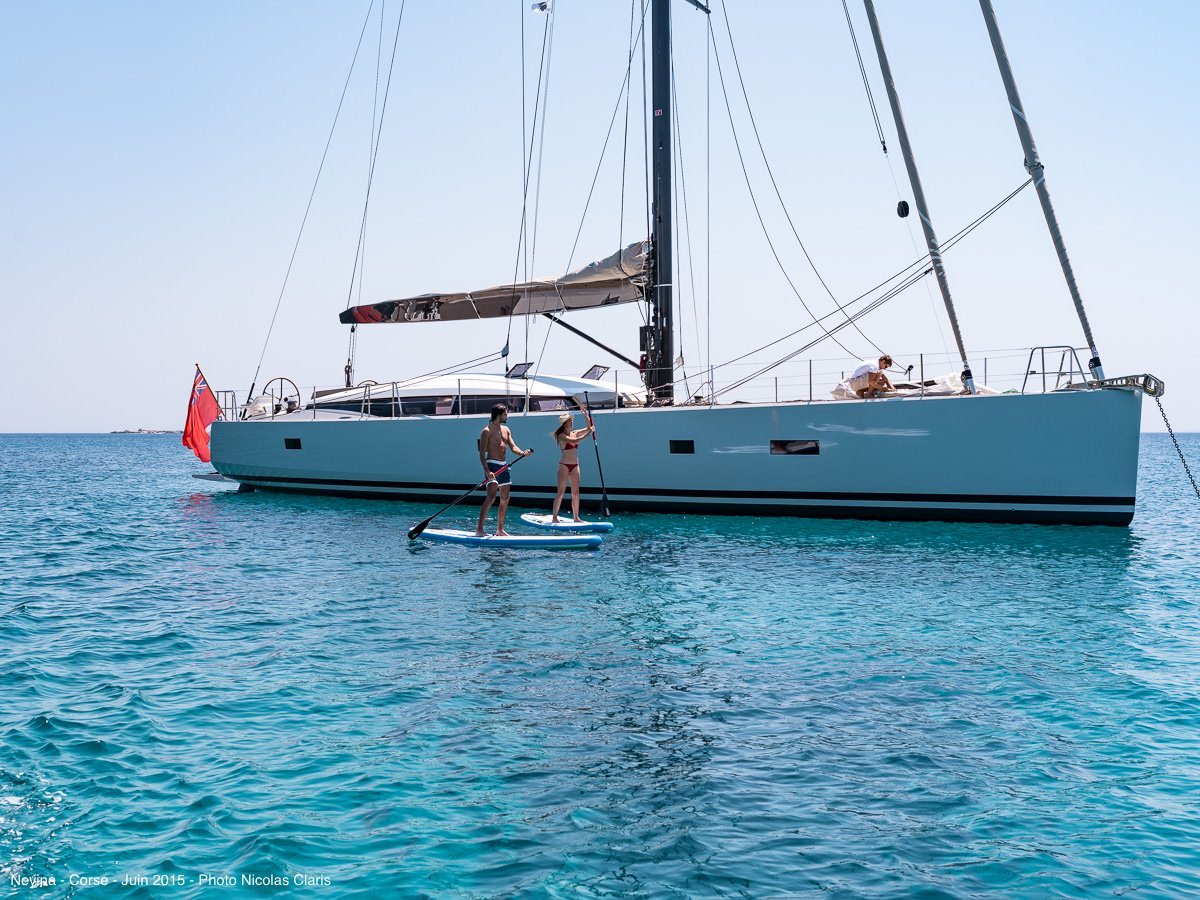 NEYINA offers 1 Master cabin (queen size bed 1,6 X 2 m), 1 double VIP cabin with queen size bed which can turn into 2 twin beds and 1 bunk-bedded cabin (the lower bed can turn in a double bed 1,4 X 2 m but this cabin is nonetheless for children or teenagers only ).
Master and VIP cabins are with en-suite bathroom and separated head. In the bathroom of the bunk cabin, the head and shower are not separated.
All cabins have: A/C with private control, plugs 220V, hair dryer and plug for shaver, USB plugs.
Master cabin : 34″ flat screen TV, DVD and MP3 players, Apple TV
2 safe boxes available in the Master and the VIP cabins

Edouard began sailing with his parents when he was a child.
He enjoyed it so much that he decided to make his passion into a profession.

He soon gained his qualifications and began working on different types of sailings yacht.
Since then, he has worked both as captain and deckhand on sailing yachts. He previously was running 82 Swan called Kallima.

His qualifications and experiences in yacht maintenance along with a passion for sailing make him the perfect captain.
He has completed a number of races such as the ROLEX CUP in Sardinia, VOILE DE ST TROPEZ aboard Kallima. And a crossed the Atlantic many times.

Diane welcomes guests aboard with healthy menus and adventurous flavors.
She especially enjoys incorporating fresh local ingredients into the dishes she creates.
She is pleased to adapt her culinary to guest’s tastes or restrictions dietary.

Diane began her career in fine restaurants in France and as private chef for different families in French basque country.

Delighting guests with her cuisine aboard allows her to combine her 2 passions which are culinary and travel.

Diane brings her sense of adventure and discovery to each guest’s culinary experience.