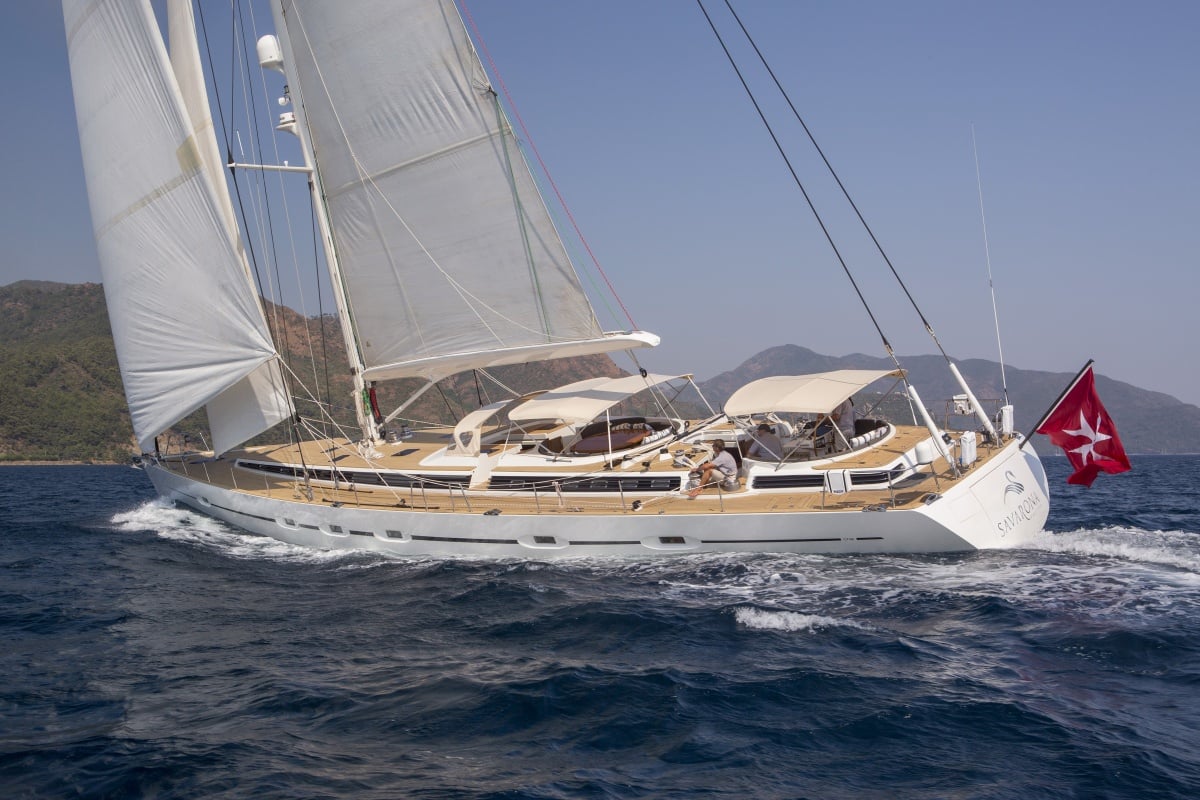 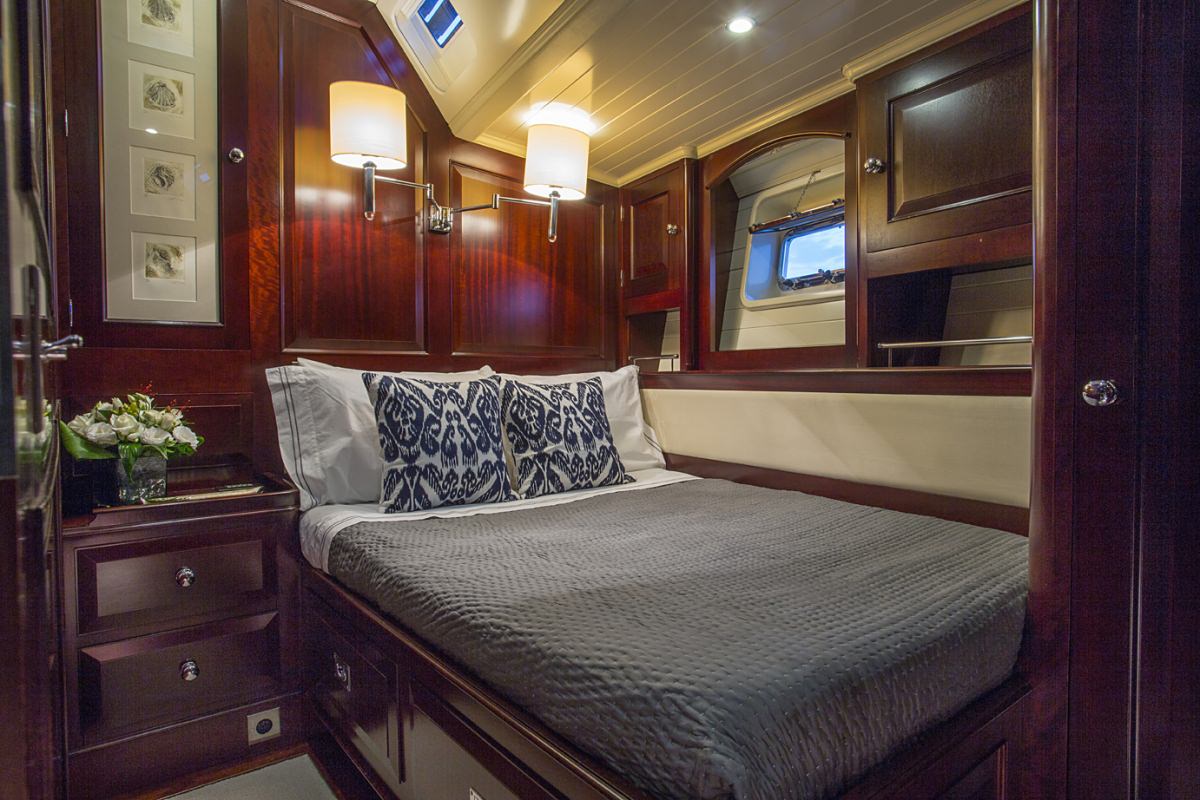 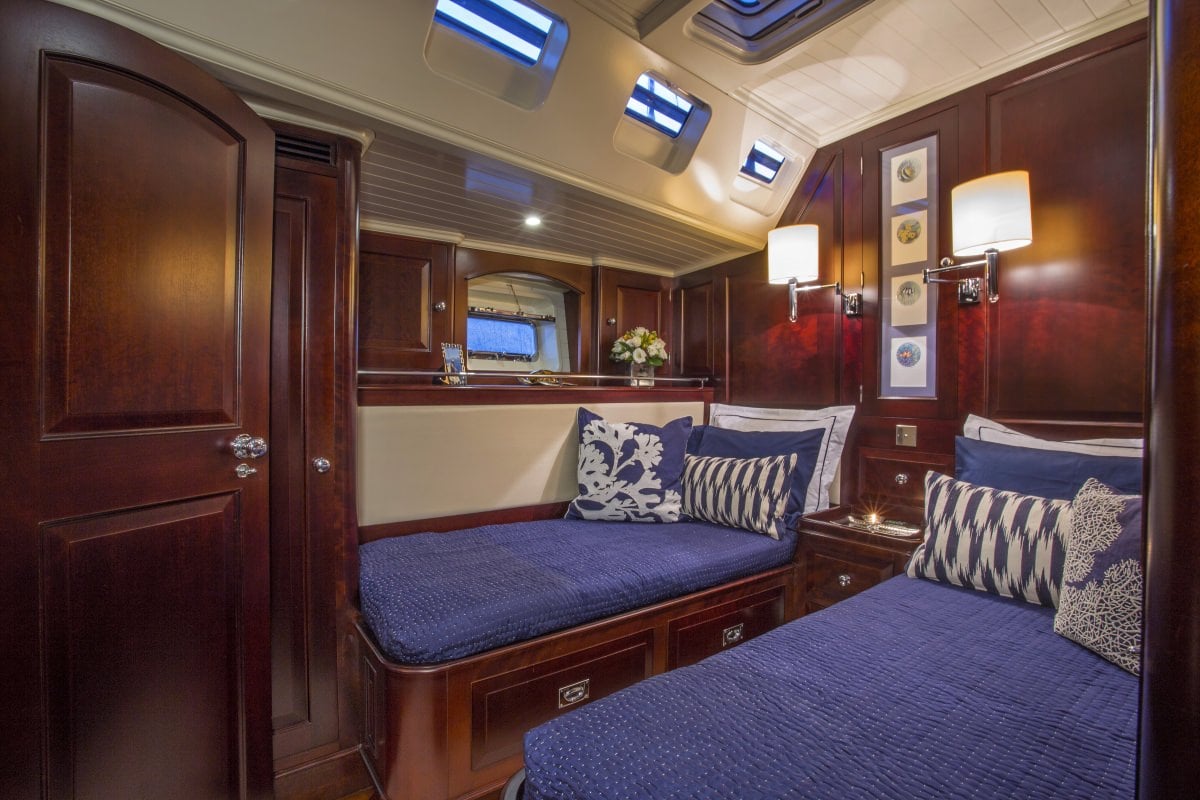 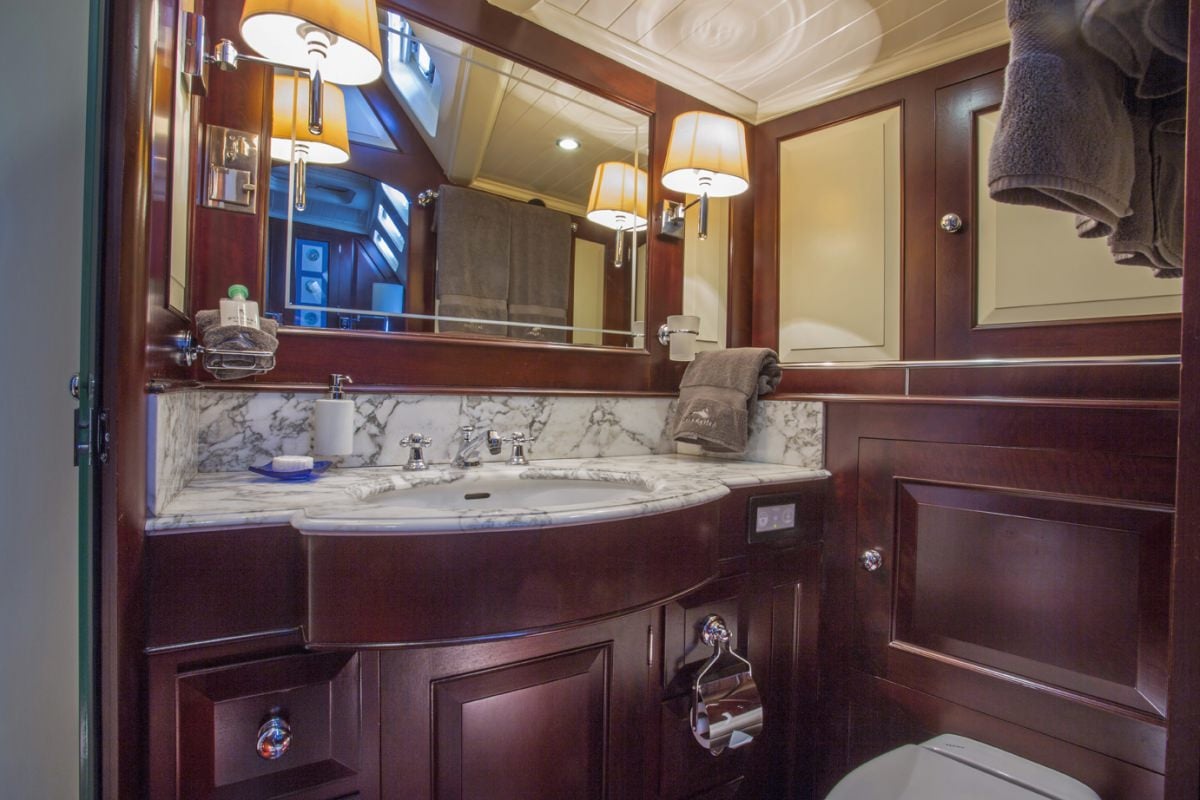 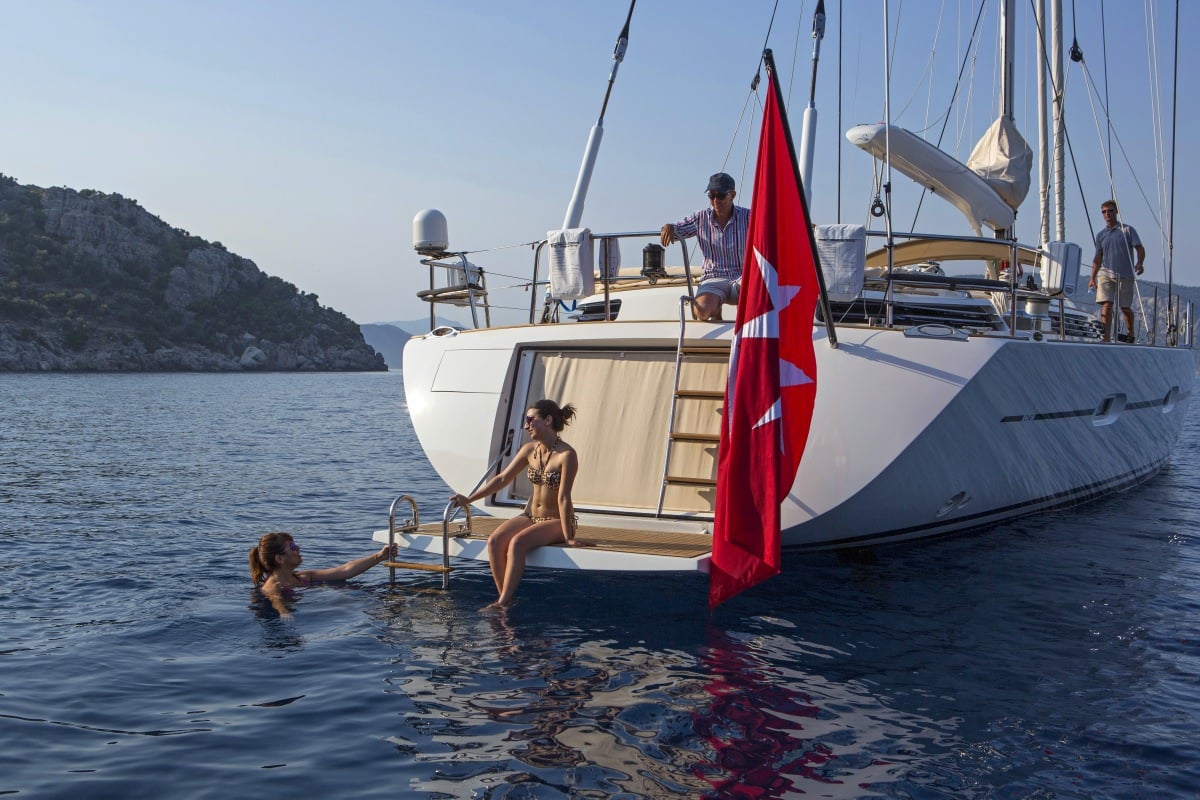 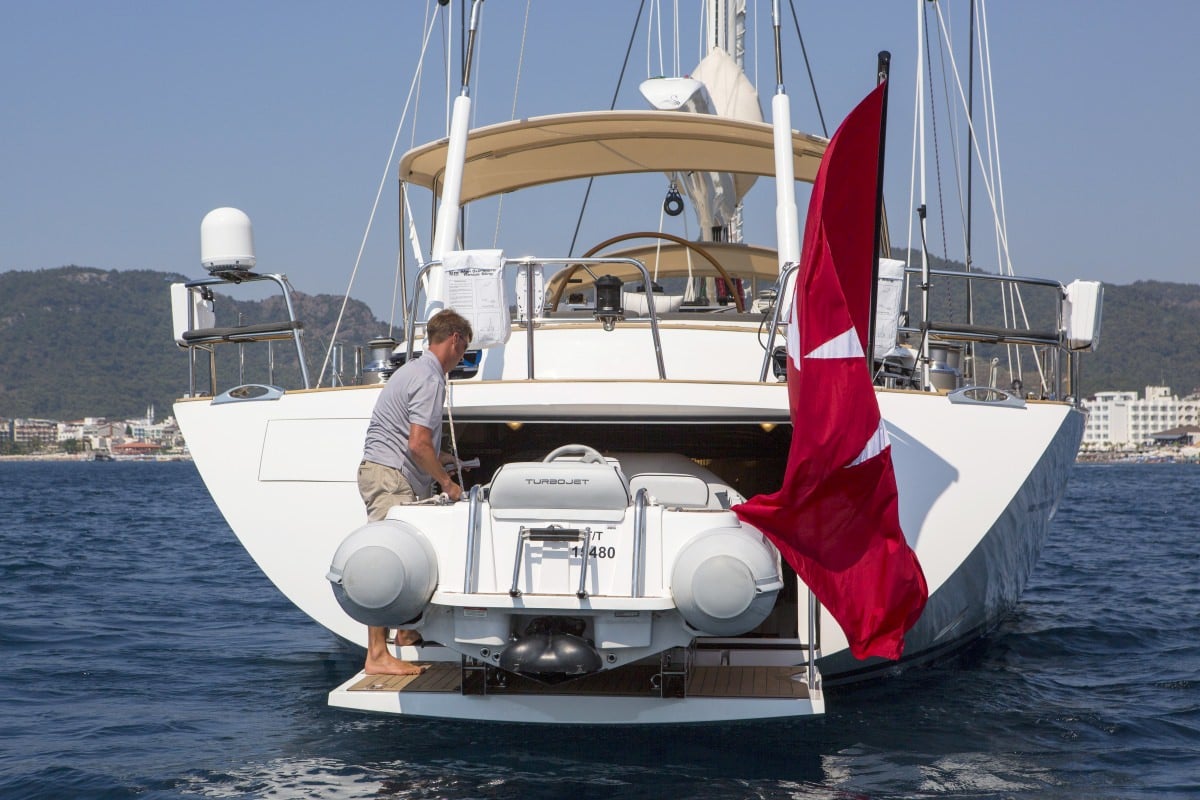 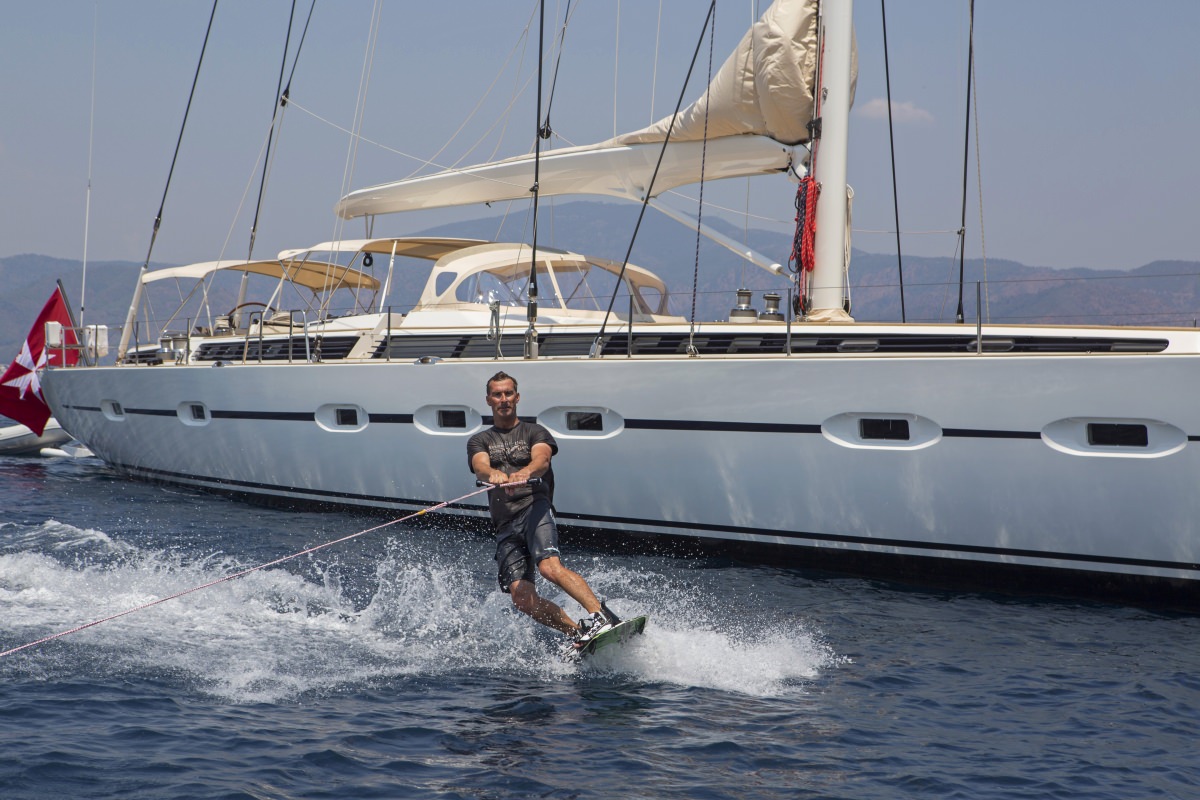 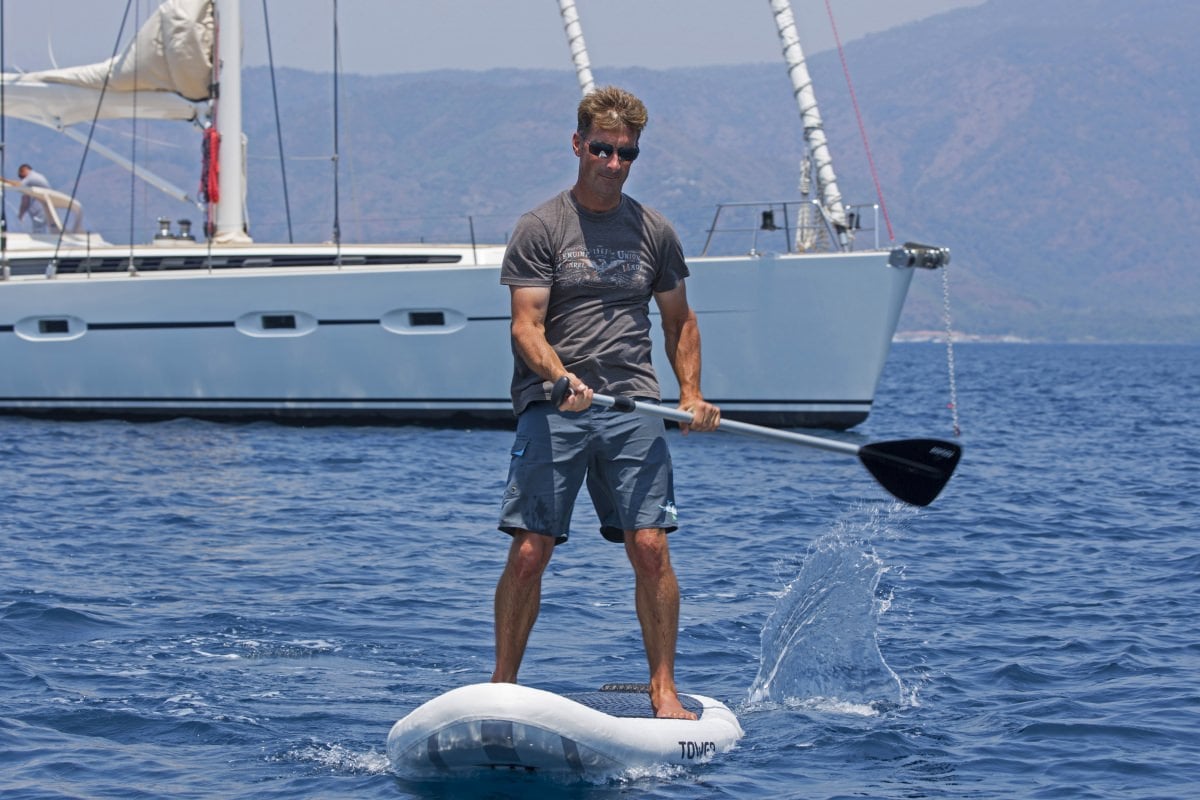 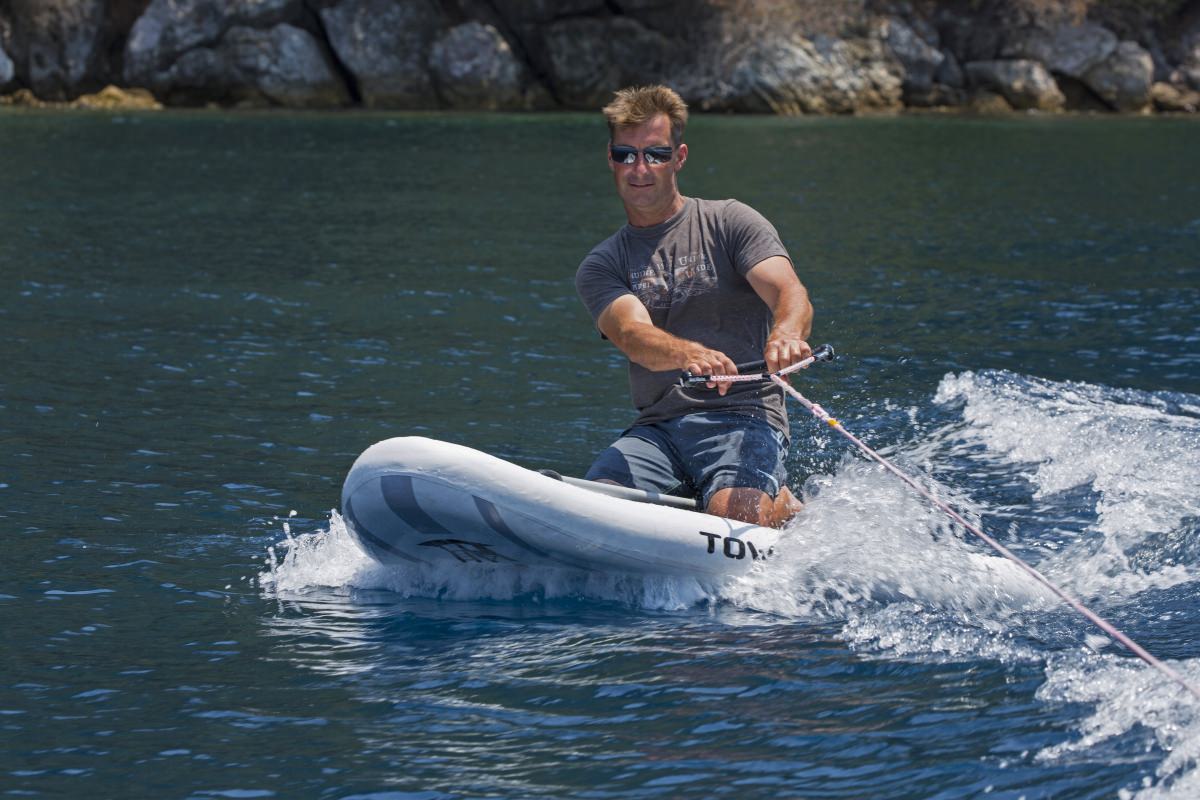 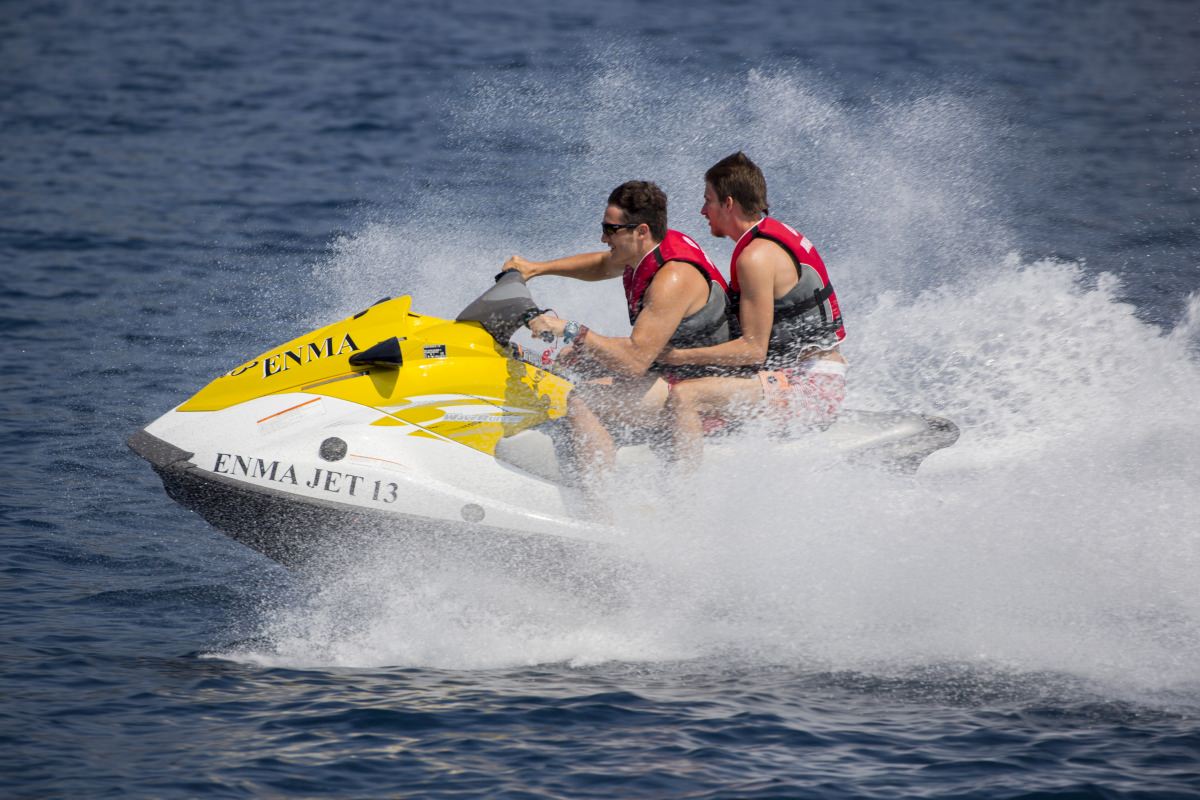 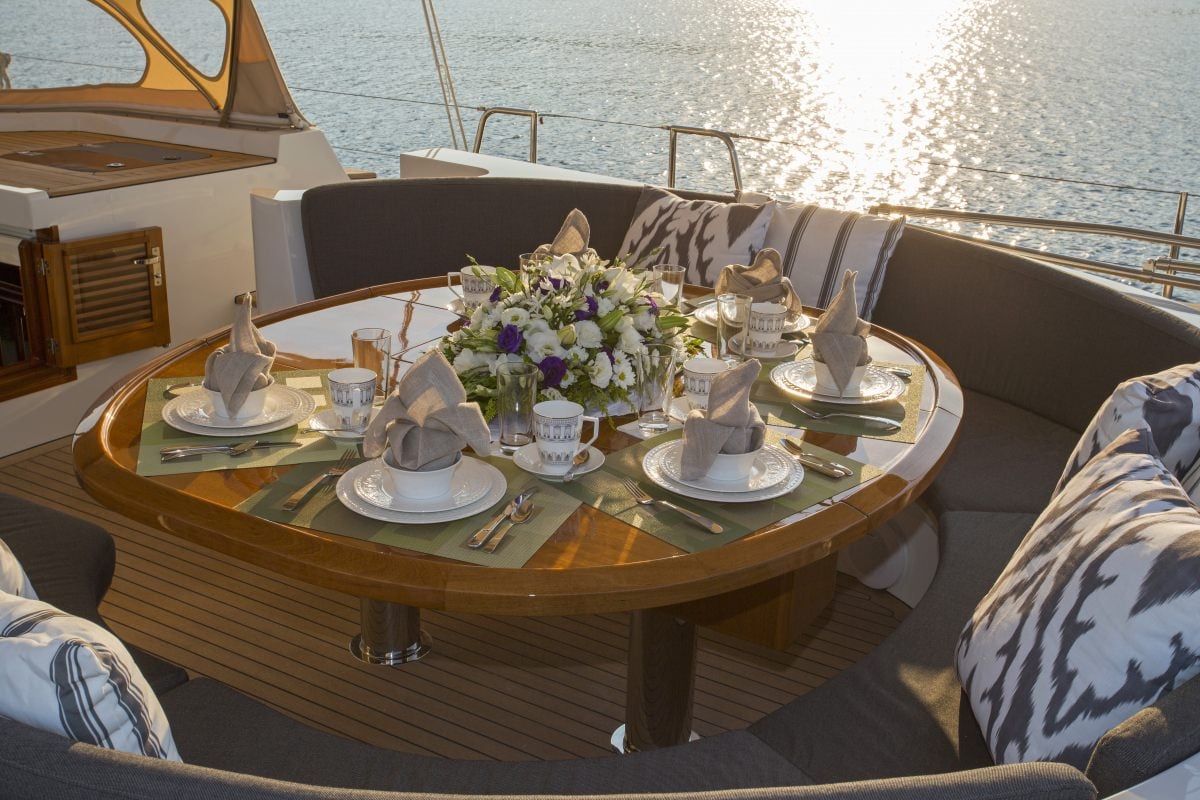 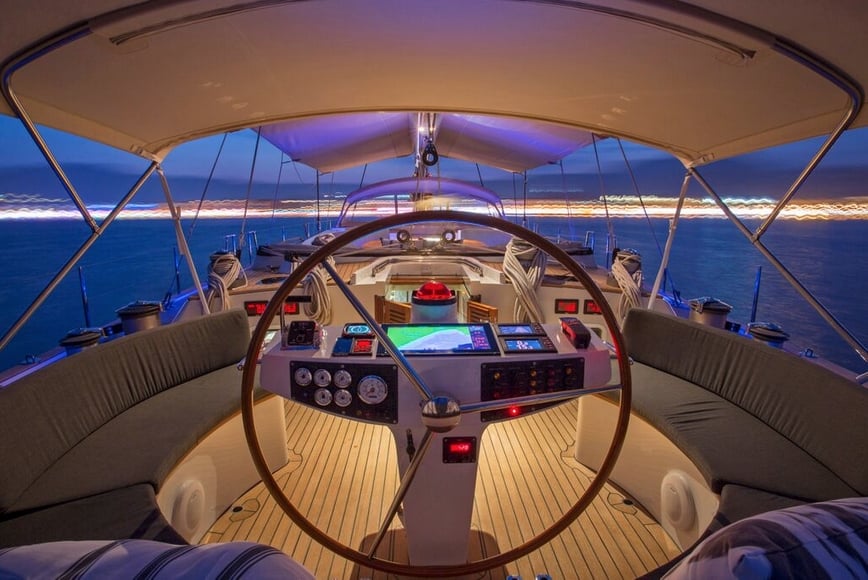 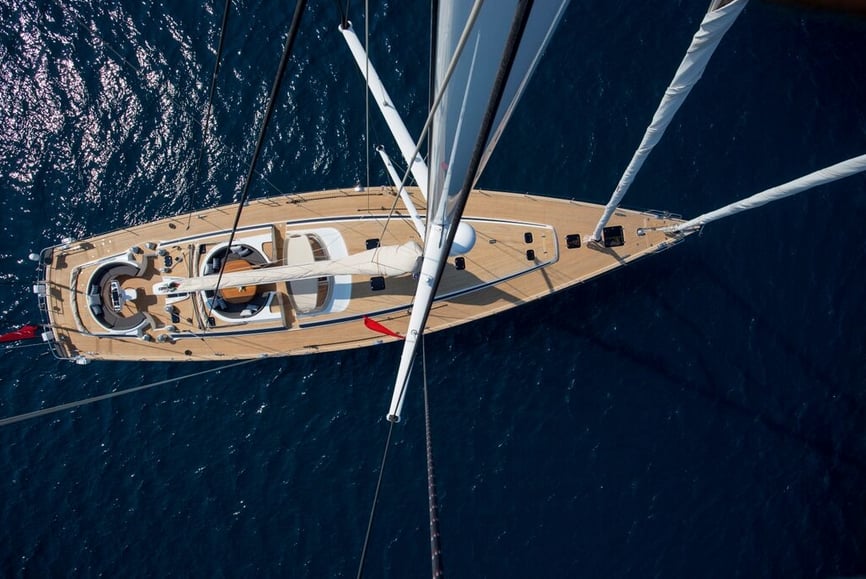 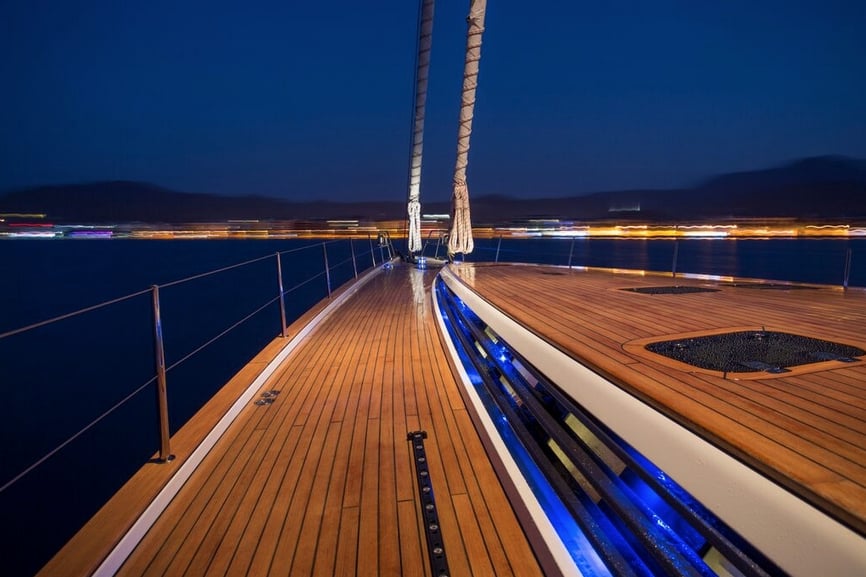 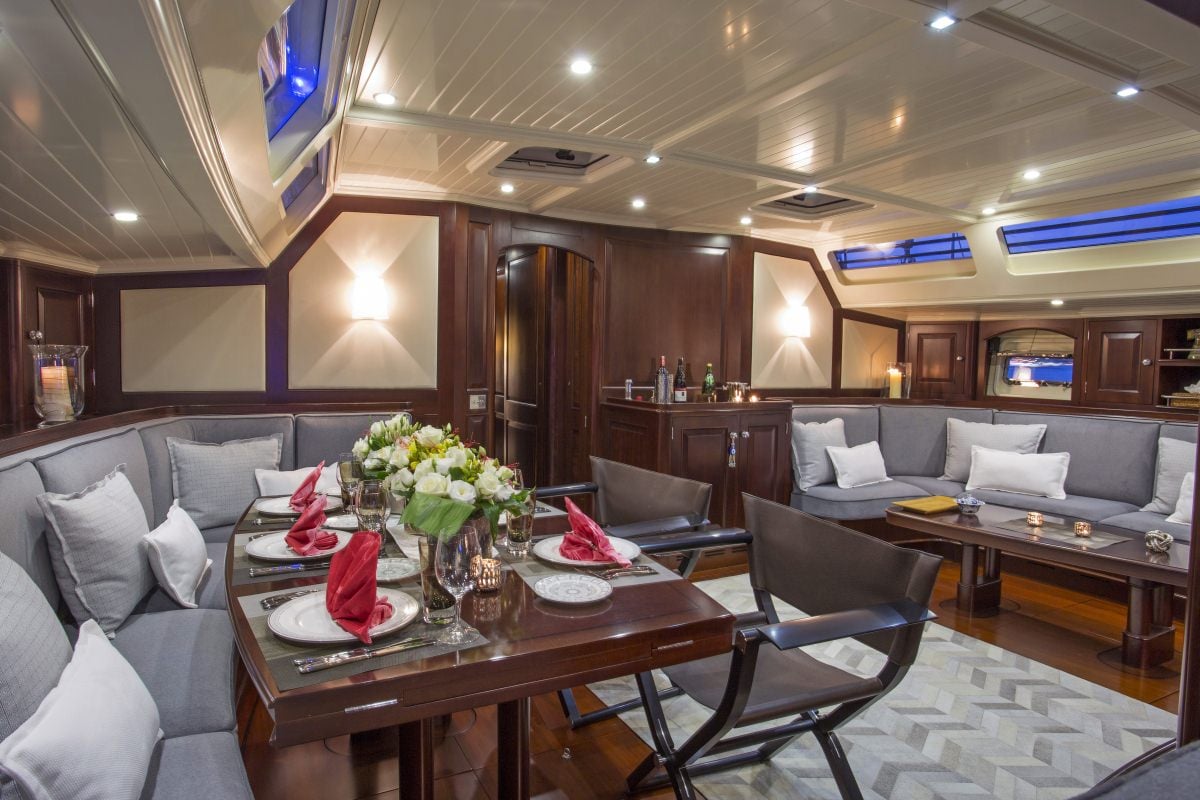 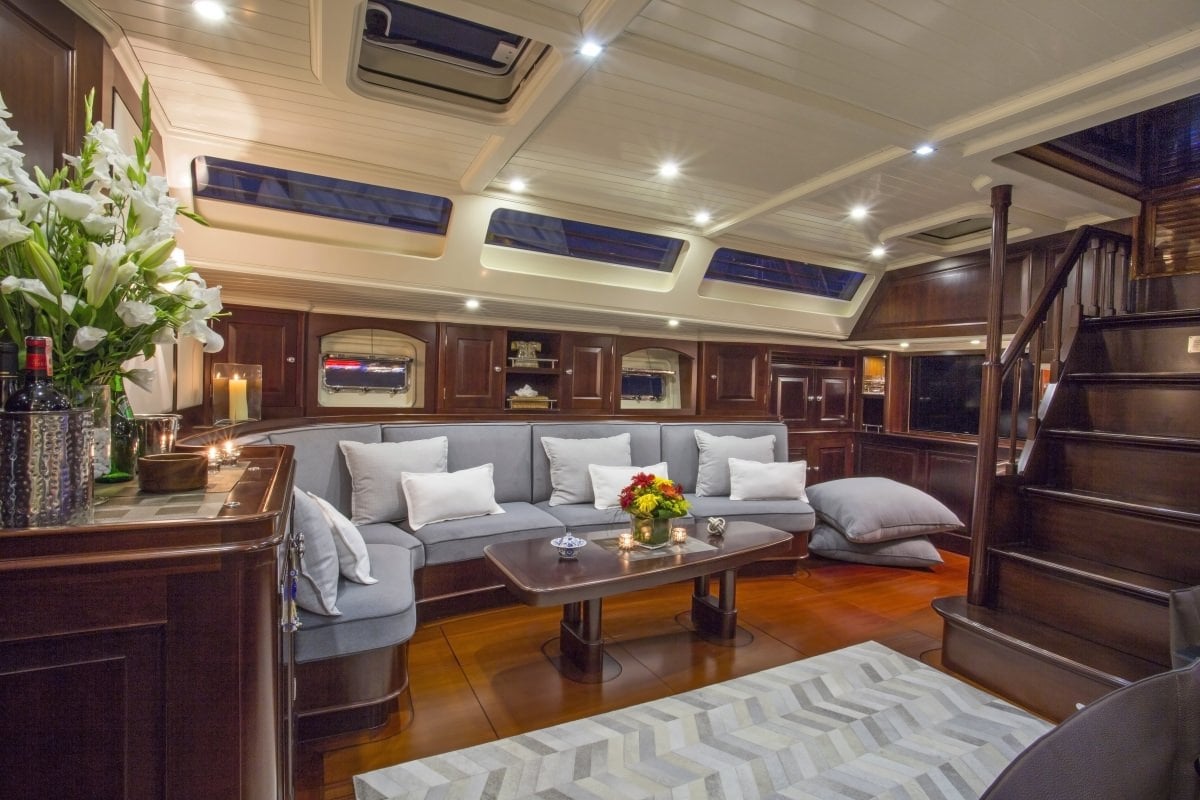 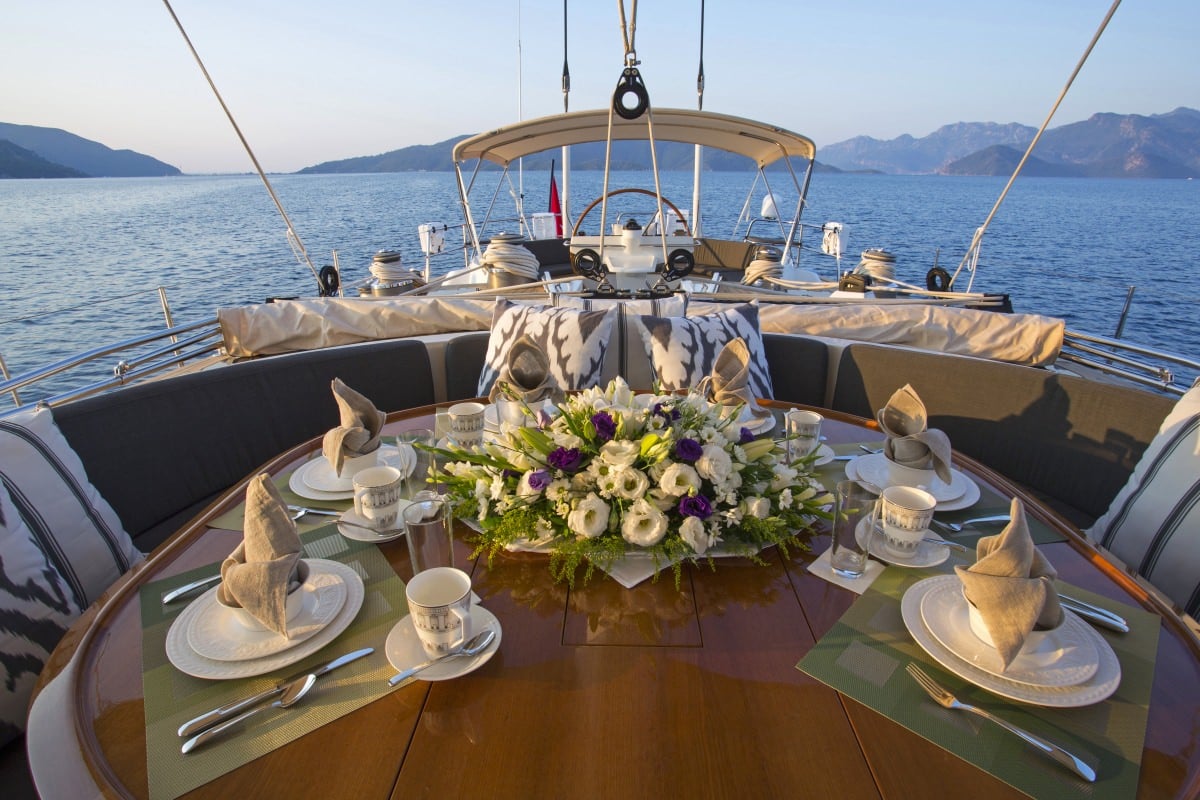 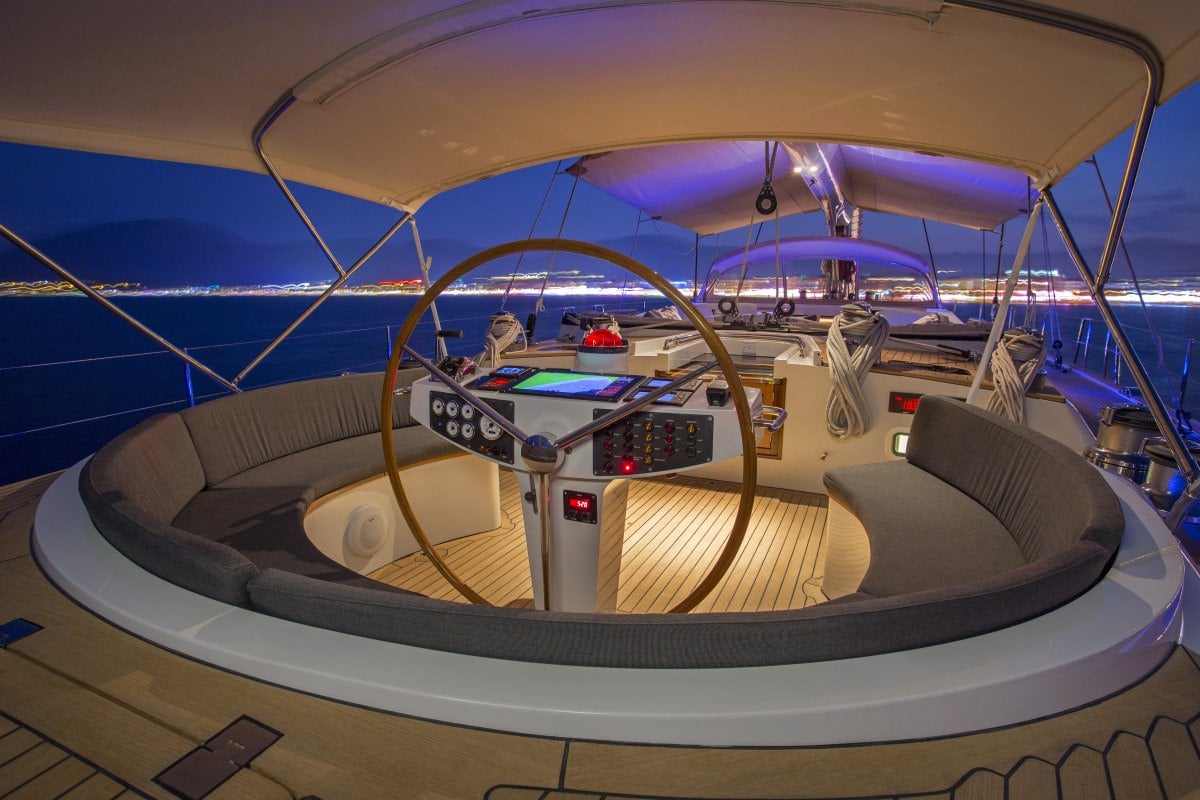 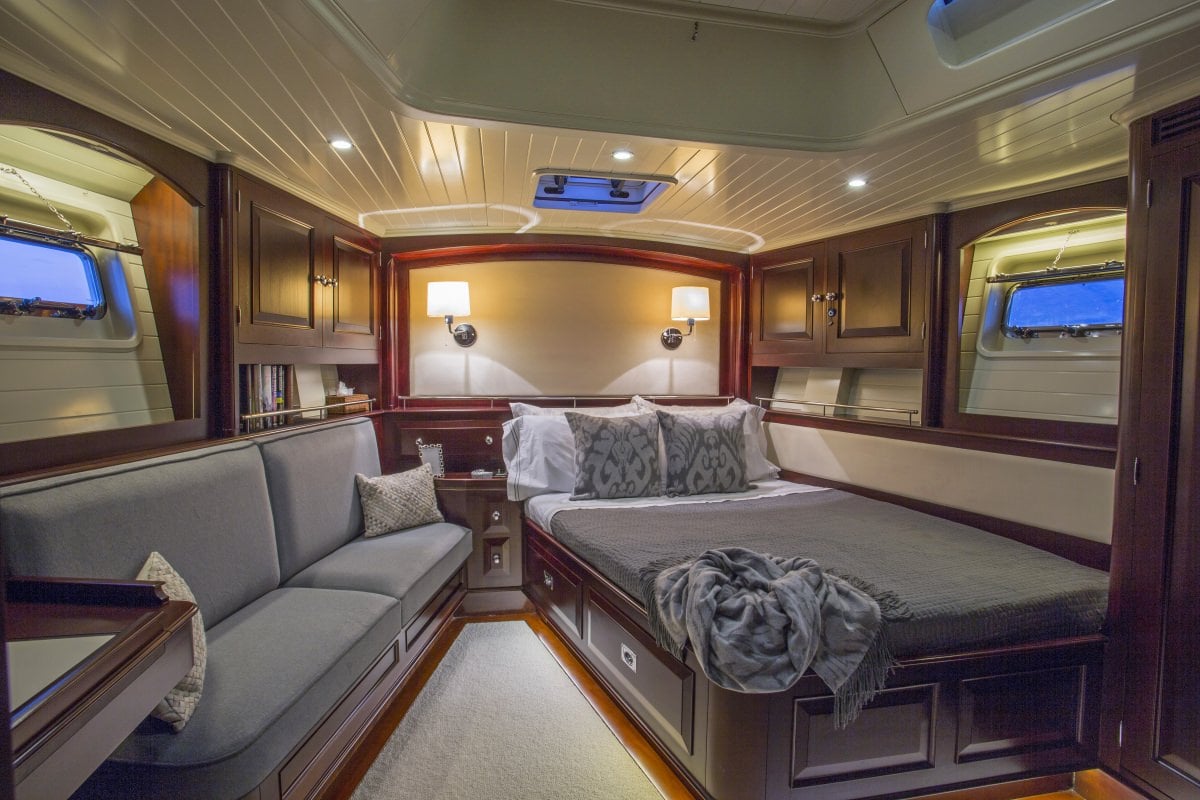 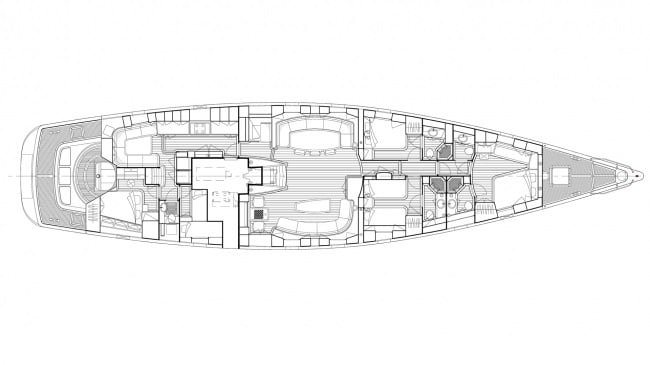 New hydraulic system (2016), new entertainment system including sat. TV (2015), new high-speed Internet and WiFi throughout the yacht (2016), and essentially new bow thruster as it was removed, completely rebuilt and repainted with all hydraulic hoses replaced.

Having been born into a family of sailors, Ian spent his childhood messing about in small sailing dinghies as well as cruising and racing in his father�s keel boats. Family holidays were spent afloat exploringBrittany, the Channel Islands and the Isles of Scilly. After attending theSolent University where Ian earned a foundation in Yacht and Small Craft Designas well as a degree in Architectural Technology, he decided to take his sailingto a professional level. Ian spent the next 10 years working as captain aboarda number of Swan Yachts chartering primarily in the Caribbean and the coast ofNew England and main. After a year�s sabbatical sailing aboard his own yachtand on the arrival of his daughter Ian decided to further his educationstudying for a diploma in Marine Surveying and for the next 3 years ran asuccessful surveying business from his home in Plymouth, UK. Eventuallyhowever, the call of the sea drew him back to sailing and he has now been thatCaptain of �Savarona� since 2014. Ian holds a master 200 Ton commercial licenseand is also trained in first aid and firefighting but his number one priorityis to ensure guests aboard �Savarona� enjoy a safe, fun and unforgettableexperience.

Chef- Anton Hehn. Originally from Britain, Chef Anton spent his early years as head chef and sous chef in various restaurants across the Mediterranean.His passion for cooking is best shown through his vibrant,delectable dishes that will leave you wanting seconds! From menu development to private yacht events and to overseeing a large kitchen staff, Chef Anton has a wide variety of skills that not only exhibit his passion, but his excellent communication and people management skills as well. Most recently, Chef Anton studied at Ashburton Chefs Academy to expand his repertoire. As a resident from Mallorca, Chef Anton specializes in Mediterranean cuisine, sourcing only the freshest ingredients possible. Additionally, Chef Anton is knowledgeable of Eastern European cuisine and also has a passion for Asian influenced food, especially Thai and Indian!

Chef Anton has spent the last three years as a chef aboard private yachts. He welcomes you aboard SAVARONA and will ensure a delicious stay!

Stewardess – Eve Parker
Eve & mate Sammy are a couple and is she is a lovely & charming ginger haired Irish / New Zealander who loves children! Eve grew up New Zealand and spent much of her child hood camping and hiking on family holidays. Having worked ashore in villas and as a hiking lodge hostess, Eve decided to look for work aboard sailing boats and has never looked back. After several seasons working aboard charter boats in the Caribbean and the Mediterranean she Joined Savarona and has since become an integral member of the crew. Eve’s warm personality, caring nature and attention to detail are just some of the qualities that make her the perfect fit for the charter yacht industry.

First Mate – Sammy Martin
Sammy was born and raised on the Caribbean island of Antigua of English yachting parents. Hailing from Antigua, Sammy learned to sail in the clear blue waters of the Caribbean. Sammy’s idealistic childhood was spent either in or under the water. As well as becoming an expert free diver Sammy’s interests include martial arts, motor cycles and climbing. Prior to joining our crew Sammy worked aboard several sailing boats in the Caribbean, America and the Mediterranean gaining him invaluable sea time and experience. When he isn’t sailing, Sammy enjoys trekking in the mountains of Palma, cycling and pursuing his interest in Brazilian Jujutsu. His easy going, fun and sociable character enable him to enjoy the life aboard. He is a great asset to our crew. 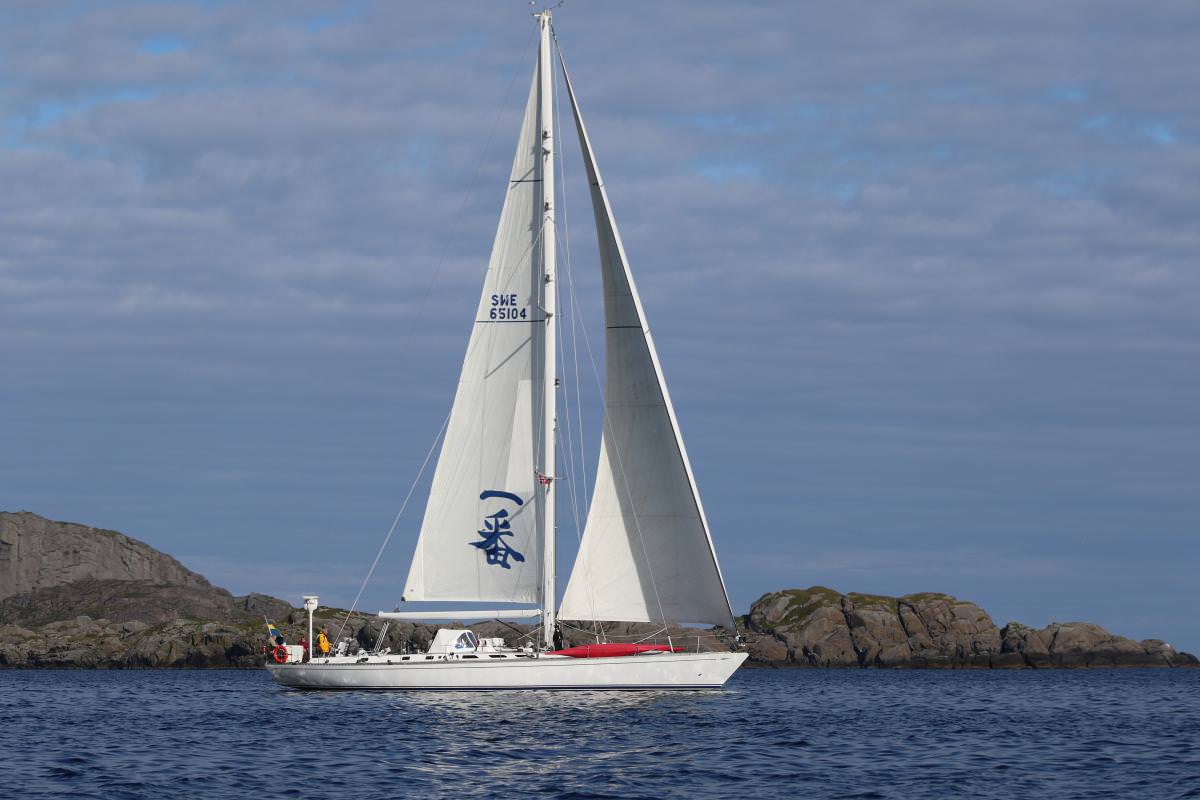 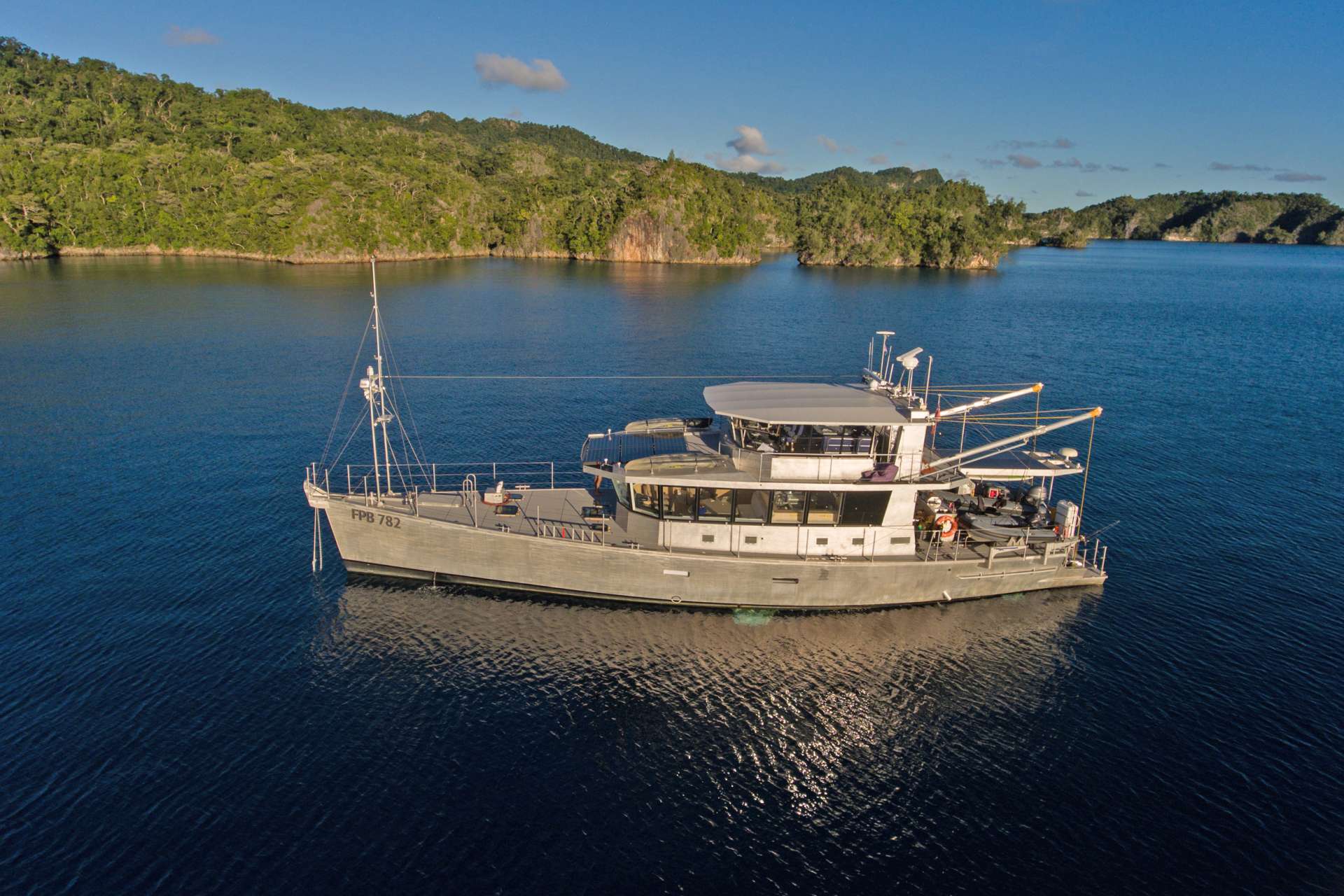 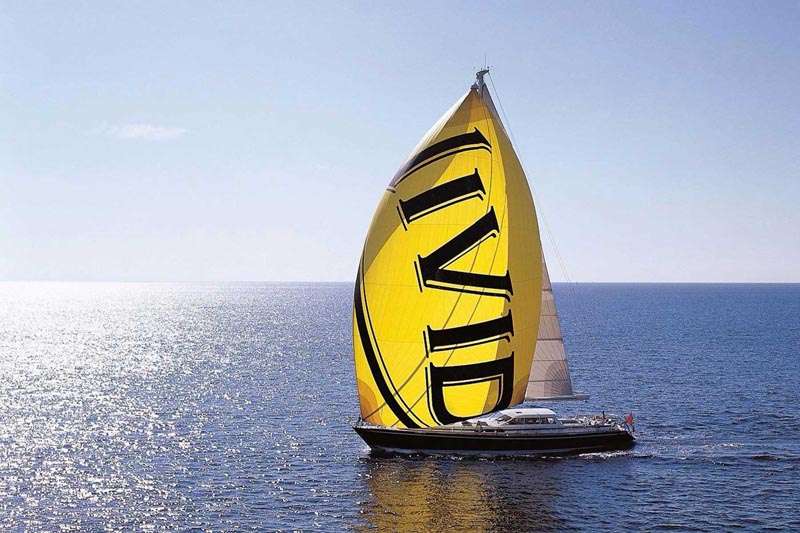