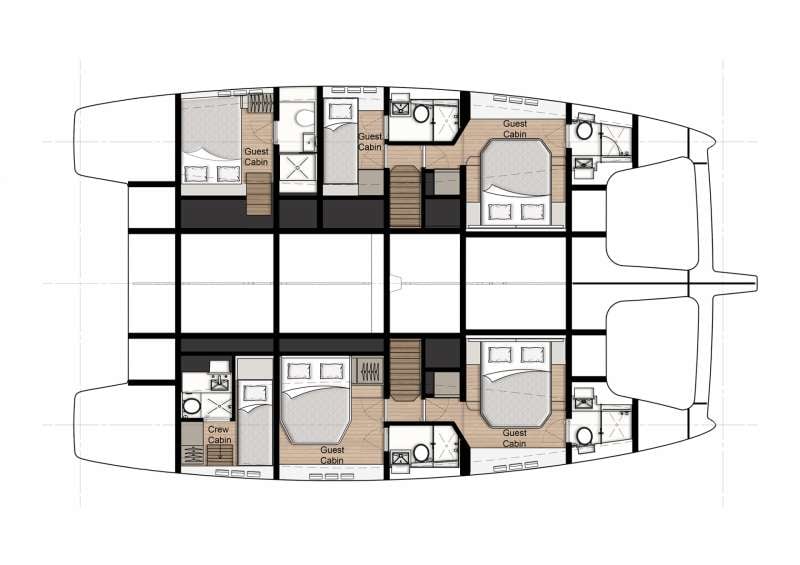 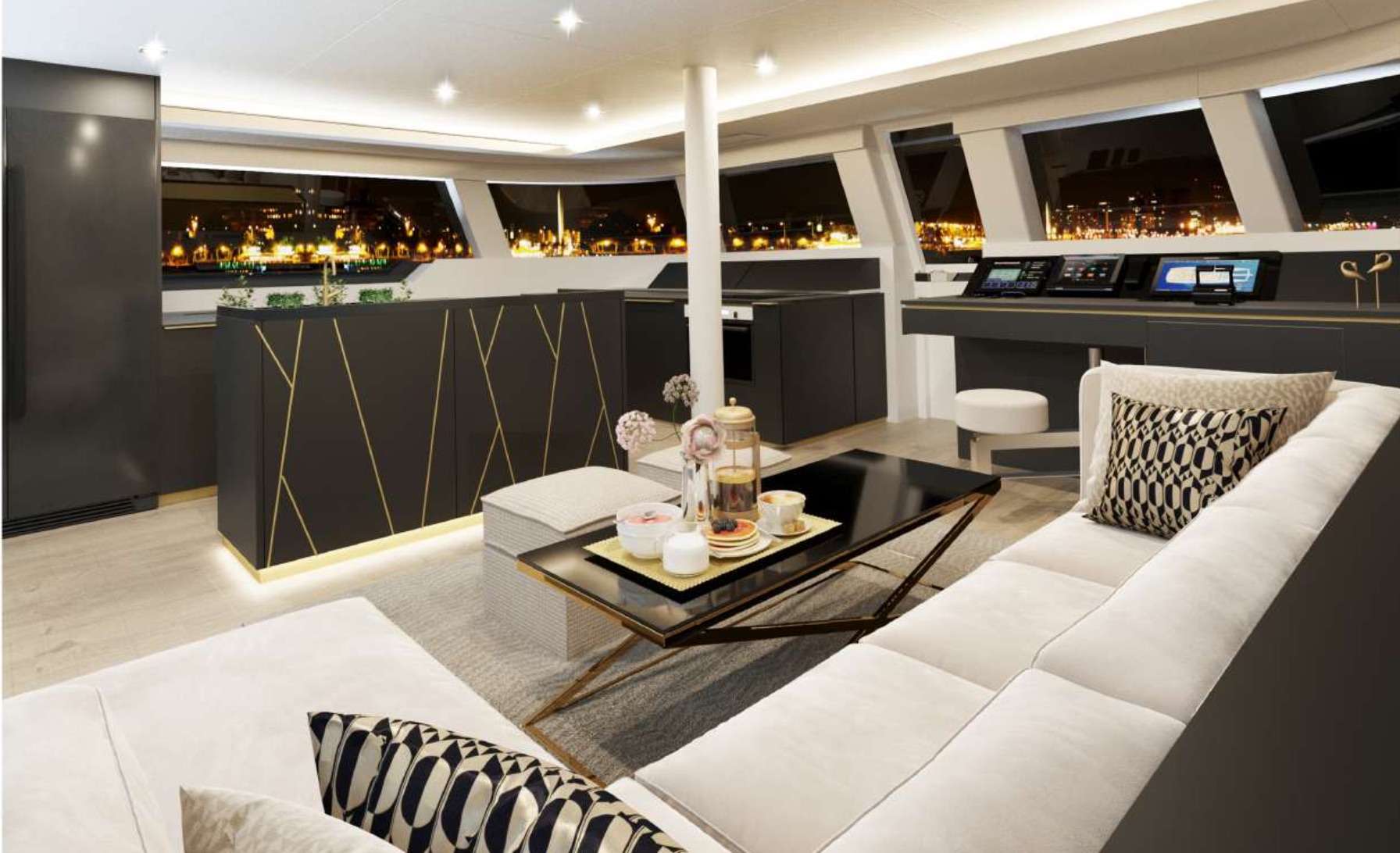 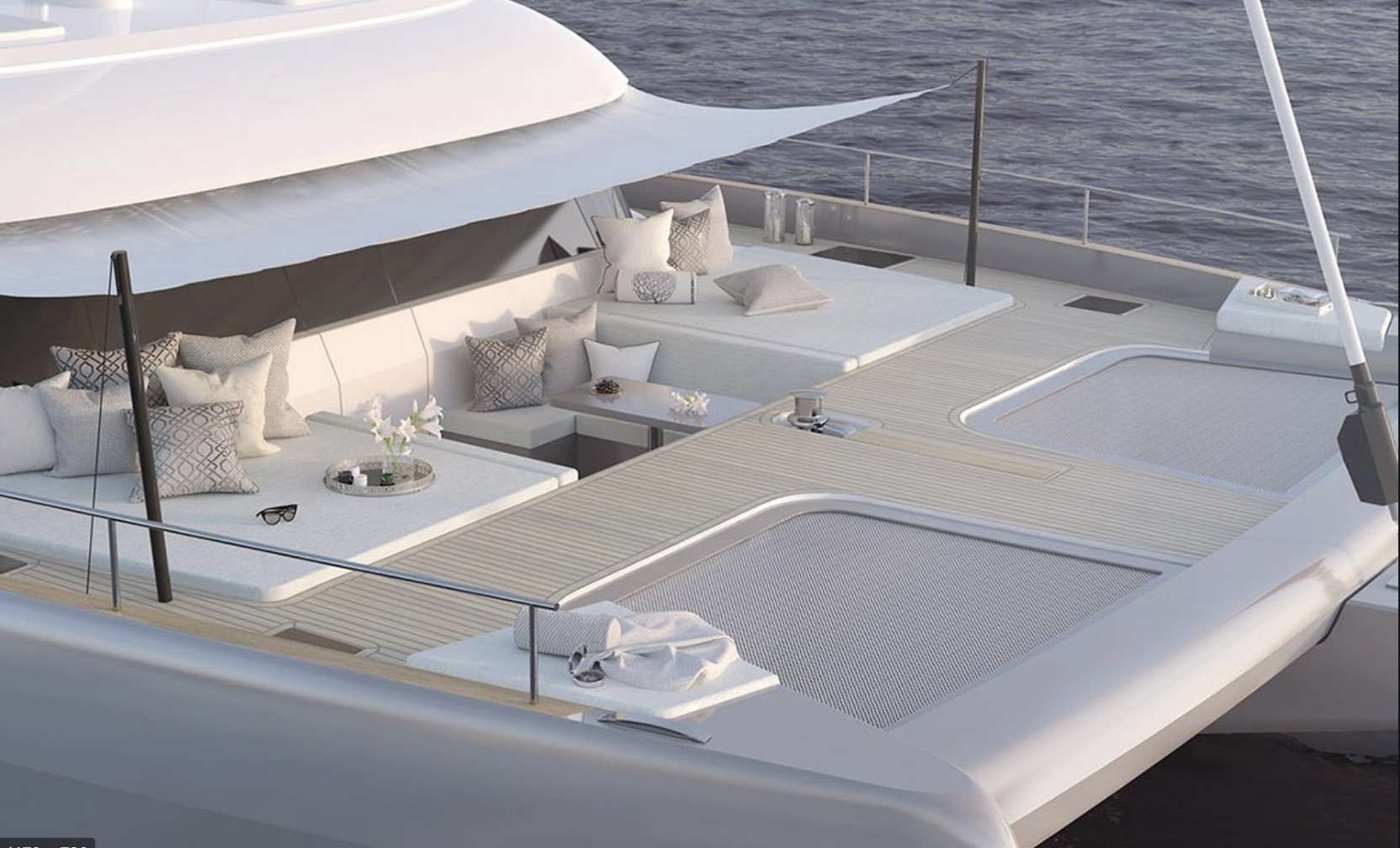 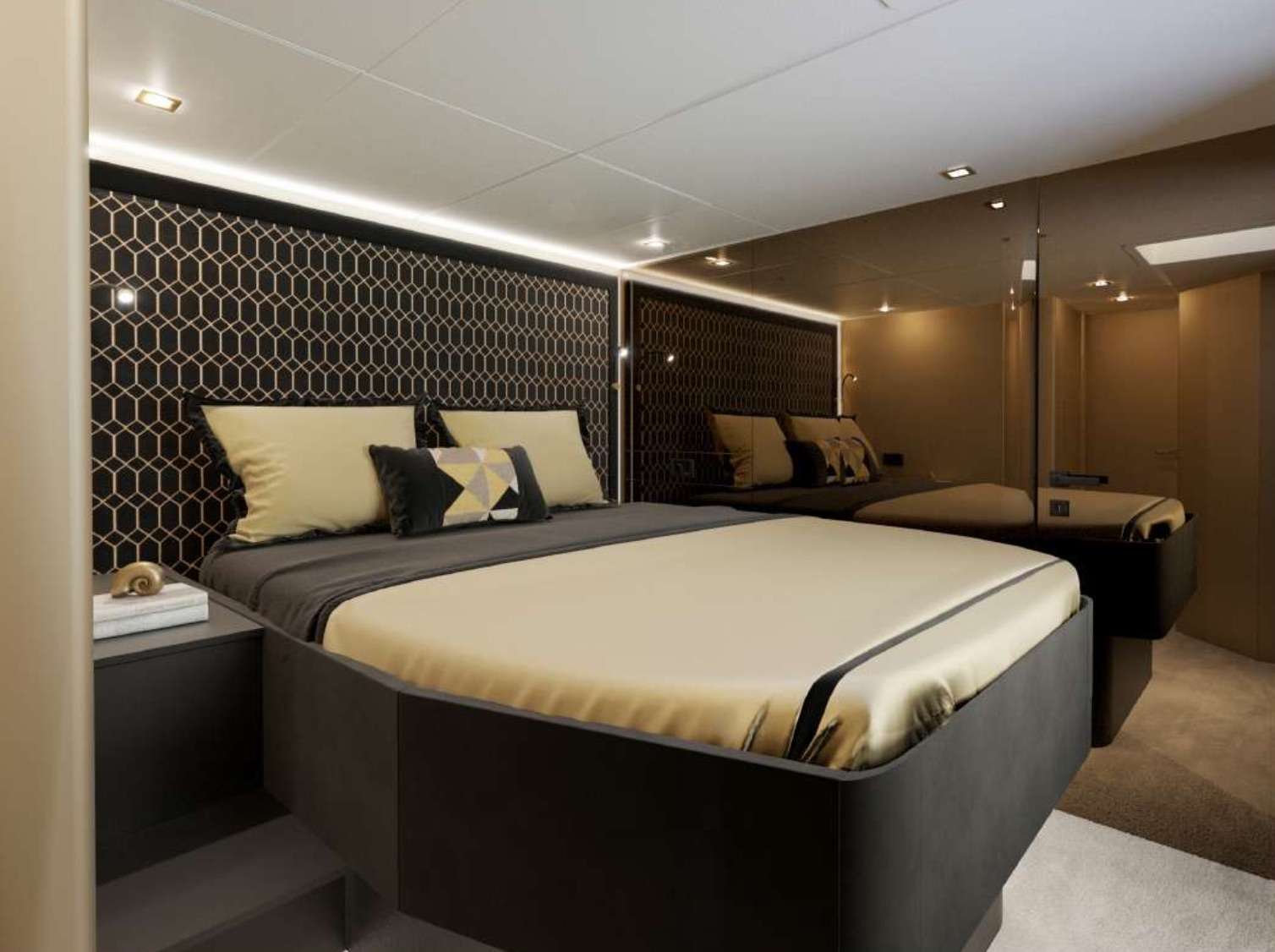 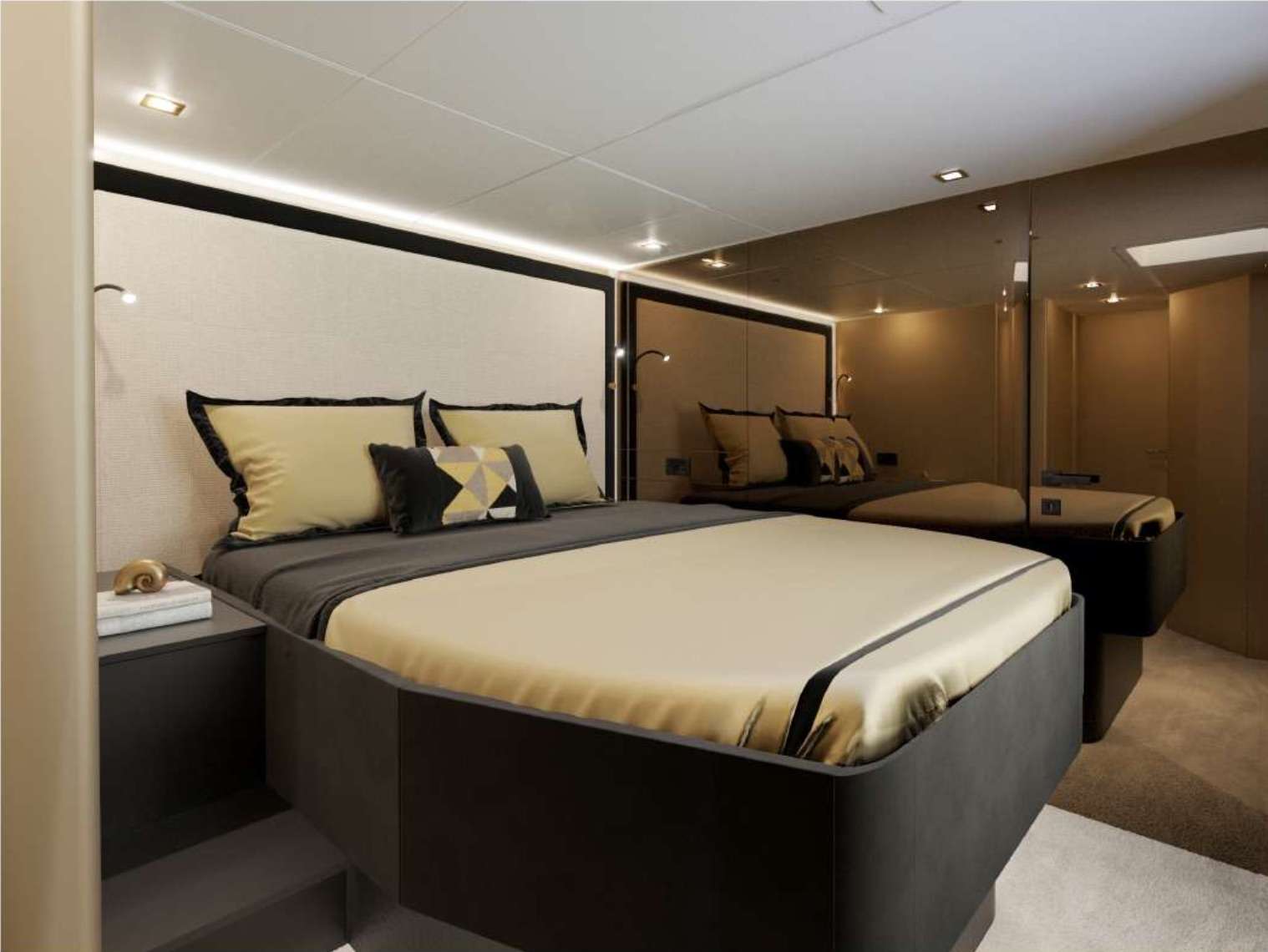 Cabins: 4 queen bed cabins + 1 cabin with bunk beds and private bathroom for children and upon request

Captain: Nikolay Galabov
Nikolay was born in 1972 in Bulgaria and has over 30 years and 40.000 nautical miles on the sea. He’s a polite, well-mannered individual whose always enthusiastic and prepared to meet challenges. He began his career in 2006 as a captain on a private yacht. After 3 years, he moved into the charter yacht industry. From 2010, he has been working as a captain on motor yachts throughout the Mediterranean, the Black Sea, and the Indian Ocean. From the Bulgarian Maritime Administration, he holds a Master Yacht license for 500GT, Advanced Firefighting, Medical First Aid, Security Awareness, and the four elements of STCW and GMDSS. When he’s not sailing, his hobbies are reading and surfing. He speaks Russian, English, and Bulgarian.

Deckhand/ Stew: Evgeniy Moroz
Evgeniy was born in Russia in 1988 and is married with 4 children. He completed his marine education at the Admiral Ushakov Maritime State University in Novorossiysk. Over the past 15 years, he has worked as a Captain and Deckhand on both sailing and motor yachts. He has sailed more than 35.000 nm- crossing the Atlantic, the Mediterranean Sea, and Indian ocean. As well, he has sailed around the Persian Gulf, Indonesia, Malaysia, and Singapore. He holds his Yacht Master Offshore motor and sailing of 200GT, GMDSS, Skipper’s Certificate, Proficiency in Survival and Rescue Boats, STCW plus additional maritime certificates. He enjoys diving and fishing- and will happily drive the tender to get you out on the water toys! He speaks Russian and English.

Chef: Yana Alikina
Yana was born in 1992 in Russia. After graduating from the medical college, she spent 5 years as a nurse in a medical clinic. During this time, she began her studies to become a stewardess and making plans to venture into the yachting world; she holds her seaman’s book and STCW certificate. In search of warmer temperatures, Yana left Russia and sailed throughout Singapore, Thailand, New Guinea, and Burma. She spent time sailing in the Black Sea along Turkey and Bulgaria -and sailed the Italian coast. She has a positive attitude and loves working with guests to offer the best charter experience! She’s excited to join Adara as the chef and cruise the gorgeous Greek waters!