All with en suite facilities

Panagiotis grew up in Elefsis. An avid skier since his youth,
Panagiotis’ all-around love of the outdoors ultimately led him to
the Greek Merchant Marine Academy in 2002. Panagiotis spent
his undergraduate years at the Merchant Marine Academy not
only gaining his knowledge of marine engineering and
navigation but also participating as a varsity member and fleet
captain of the offshore sailing team. He enjoys racing sailboats
in his leisure time; and yet, since his departure from the
Academy, he has applied his skills & knowledge to a variety of
professional marine positions on motor yachts. He joined the
successful M/Y Barents Sea, Mondomarine 40m in 2014 and
served as Captain until 2021 when he moved to the same
owner’s new yacht, Barents. His wide knowledge, pleasant
personality, and professionalism ensure that your vacation will
exceed your expectations!

Spyros recently graduated from the Greek Merchant Marine
Academy of Aspropyrgos. He commenced his career at sea in
2015 as an assistant engineer, then gradually worked his way
up from deckhand to chief officer after completing an
apprenticeship at NEDA Maritime. He has recently joined the
commercial yachting industry working as chief officer during
which he has more than excelled!
Spyros is a professional, organized individual with excellent
communication skills he is always eager to help his clients and
fellow crew members and is an invaluable asset to the team!He
has various qualifications including proficiency in fast rescue
boats, advanced firefighting, elementary first aid, survival craft,
and rescue boats, ship security officer & awareness as well as
having a speed operator license.

Victoras is 43 years old, Greek national. He
holds an A’ Class Engineer’s Certificate and a
speed boat license. He has attended many
seminars on engines and generators. He has
worked on vessels and since 2005 and has
been on board various charter yachts including
Ramina and A&I. He joined Barents Sea in 2014
and then moved to Barents in 2021. Victoras
ensures that every system works perfectly and
is maintained to the highest standards for the
safety of all guests. He speaks English and
enjoys all water sports.

Languages: Greek, English and German
Panagiotis is a graduate of both Greek and German
Culinary Institutes. He has worked as a Chef and
Executive Chef in several five star hotels and luxurious
restaurants in both countries before joining the
yachting industry. He was also Professor of cooking
faculty Palmier, Member of Greek Cook Olympic
Team, Member of Eurotogether Greece, he was
presenting a cooking section in a TV Show for 3 years
and he holds a Second Pan at the Hellenic competition
of cooking. Panagiotis specializes in Mediterranean &
International cuisine. He also masters specific
requests, such as Kosher meals. Panagiotis is very
passionate about his cuisine, eager to tailor-make his
guests’ menus and keen to present them with
gastronomic extravagances or simple, heavenly tastes.
He speaks English and German. He is 43 years old and
married with two children. He joined Barents Sea
crew in 2014 and Barents in 2021.

Jenny holds a bachelor’s degree in Business
Administration & Tourism and English
commercial Correspondence. She has worked
onboard cruise ships before joining the
yachting industry. She has come from the
famous Charter Yacht Barents Sea and before
that, she served onboard Alexandra 50m. Her
hospitality and communication skills are
second to none making all guests onboard
feel at home. She has an excellent eye for
detail, and she always maintains the highest
levels of service.

Stamatina joined the yachting industry in 2015.
She brings years of experience with her; her
positive nature ensures the right atmosphere &
level of service are always met for each client.
She is a detail-oriented, organized individual who
is an excellent asset to the team! She also holds
certificates in Seamans Book / STCW, a
certificate in lifesaving and firefighting, and also
has a Powerboat License.
Previous Yachts: “BARENTS”, “JESMA”,
“Can’t Remember”, “Pe-Dream”.

Aggeliki holds a degree in Agriculture, Food,
and Environment and she has been working
in hospitality since 2007. She offers
excellent service to all guests onboard
Barents, ensuring that everyone has an
enjoyable and comfortable time. She has
great communication skills
and a positive attitude, bringing
always a friendly smile.

Natalie holds a bachelor’s degree in civil
engineering. Having joined the yachting
industry quite recently she has excelled thus
far. An avid problem solver, Natalie is a great
addition to the team!
She is a grilling specialist with experience in
the preparation, filleting, and cooking of fish.
Additionally, she creates the most wonderful
flower arrangements!
Previous Yachts: Various sailing catamarans
between 42ft > 50ft.

Nikos holds a Seaman’s certificate and speed
boat license. He has worked on various motor
yachts, and he has been onboard Barents Sea
since the delivery of the yacht in 2008, and
moved to Barents in 2021. Nikos has proved to
be a hard-working individual with great
knowledge of the Yacht. He enjoys fishing. He is
married and has one child.

John was born in 1994 and he is
Greek. He holds a tender operator
license and a sailor’s license from
the Merchant Marine Academy of
Aspropyrgos. Before joining
Barents’ team he had served
onboard M/Y Toy A. He is polite
with strong communication skills
and a great team player. John
speaks Greek and English, and he
enjoys swimming. 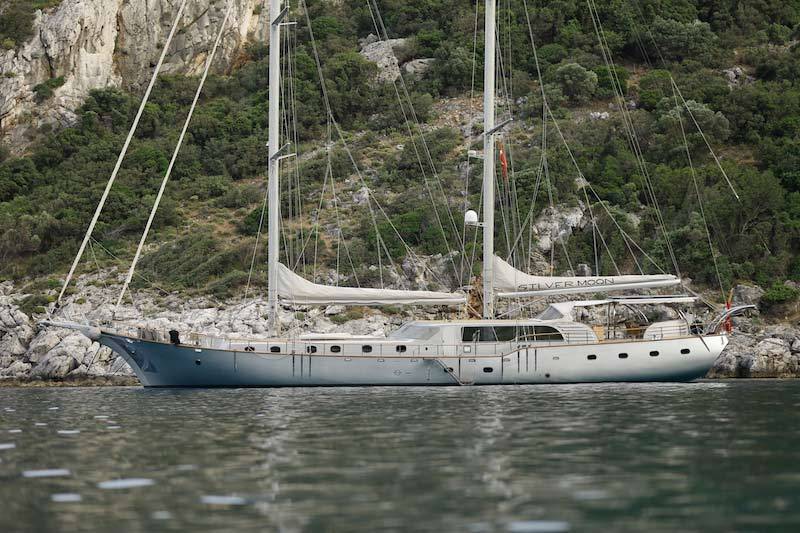 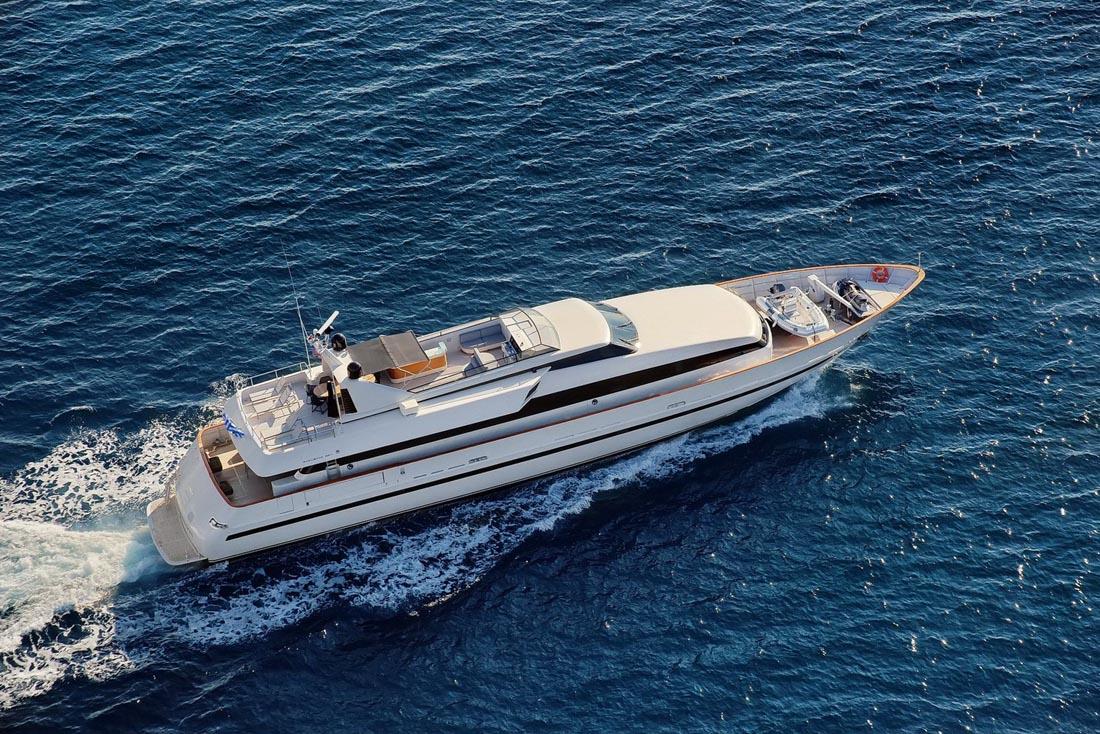 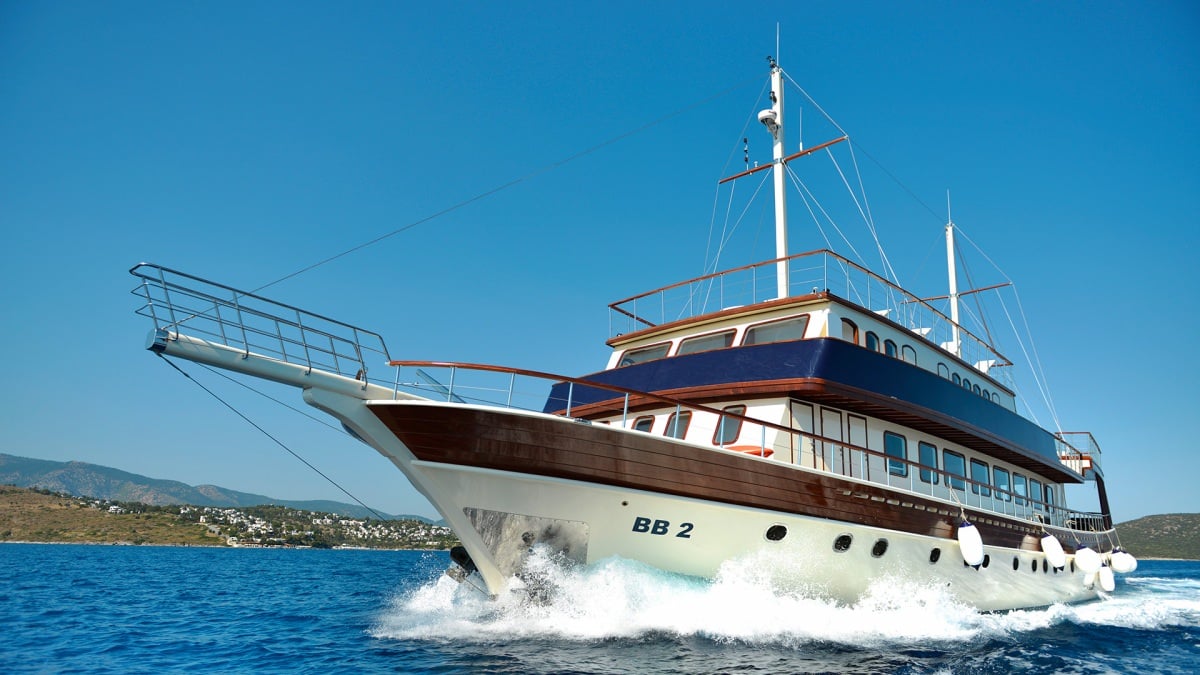