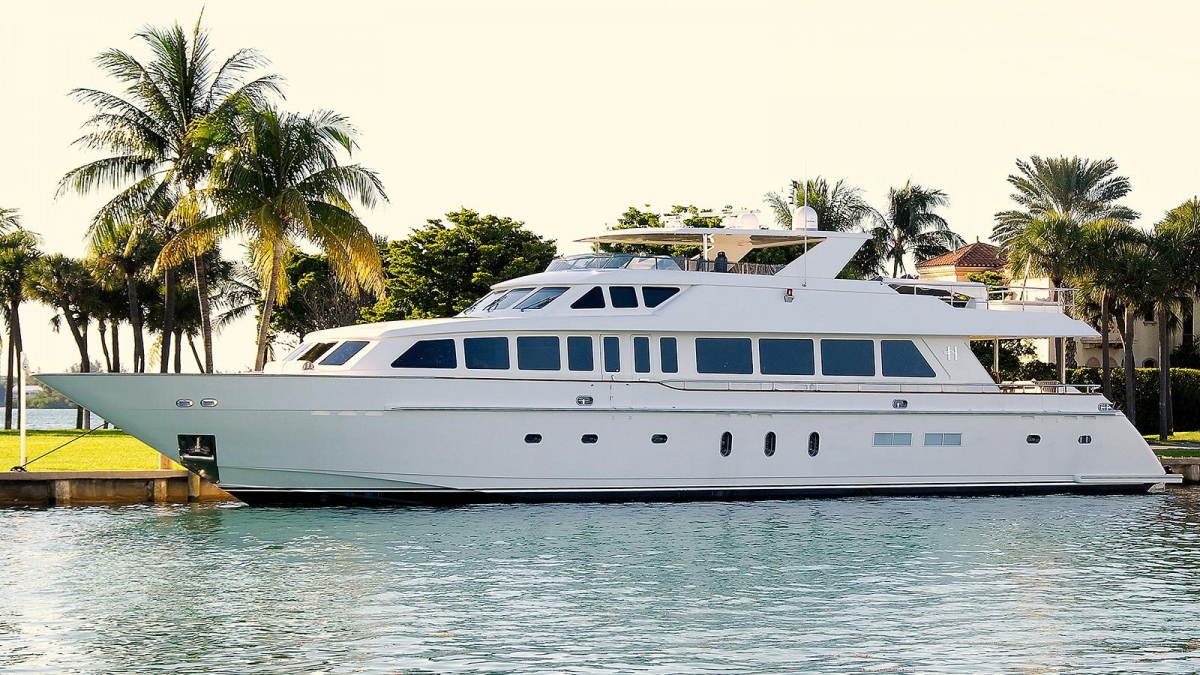 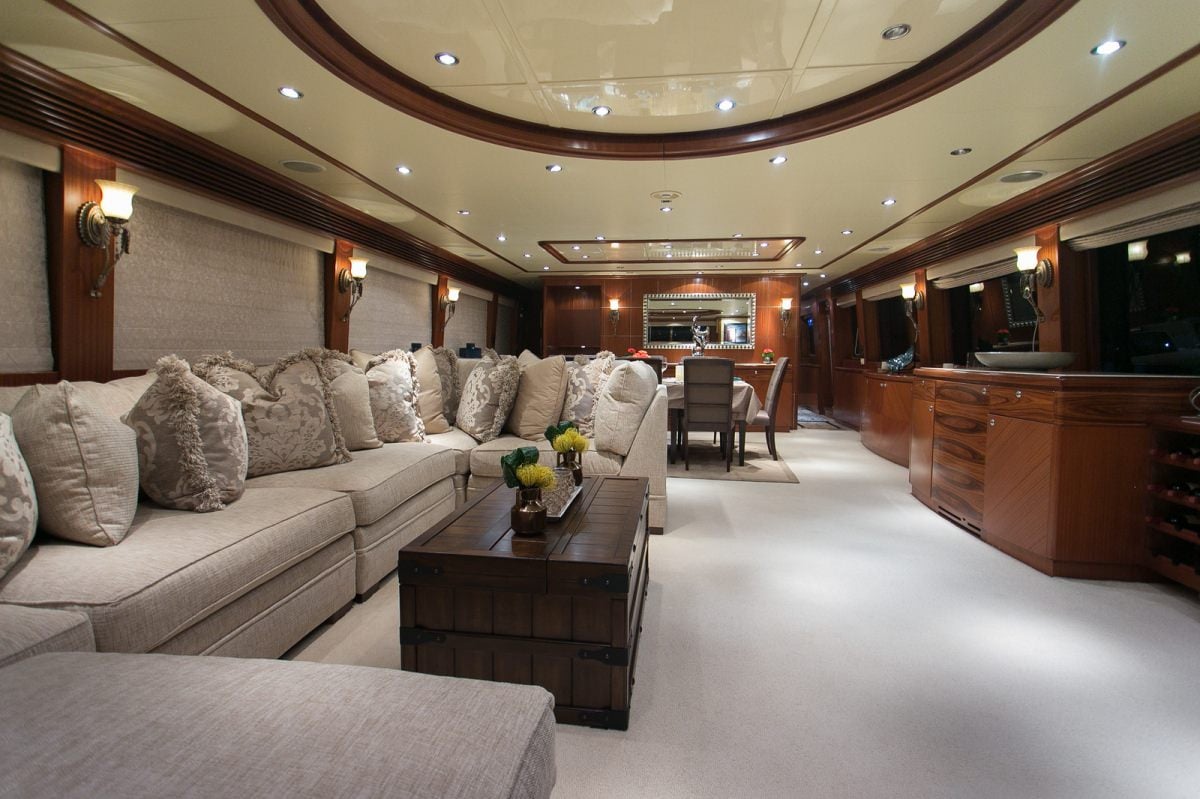 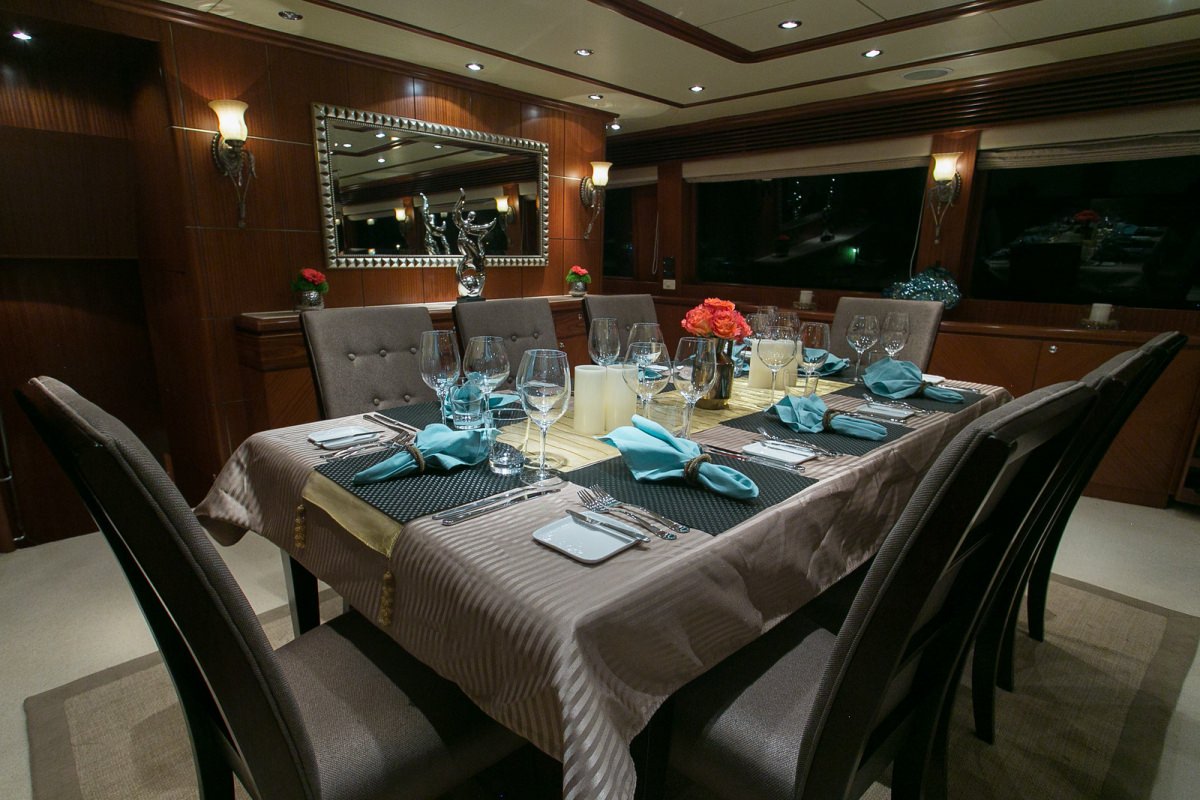 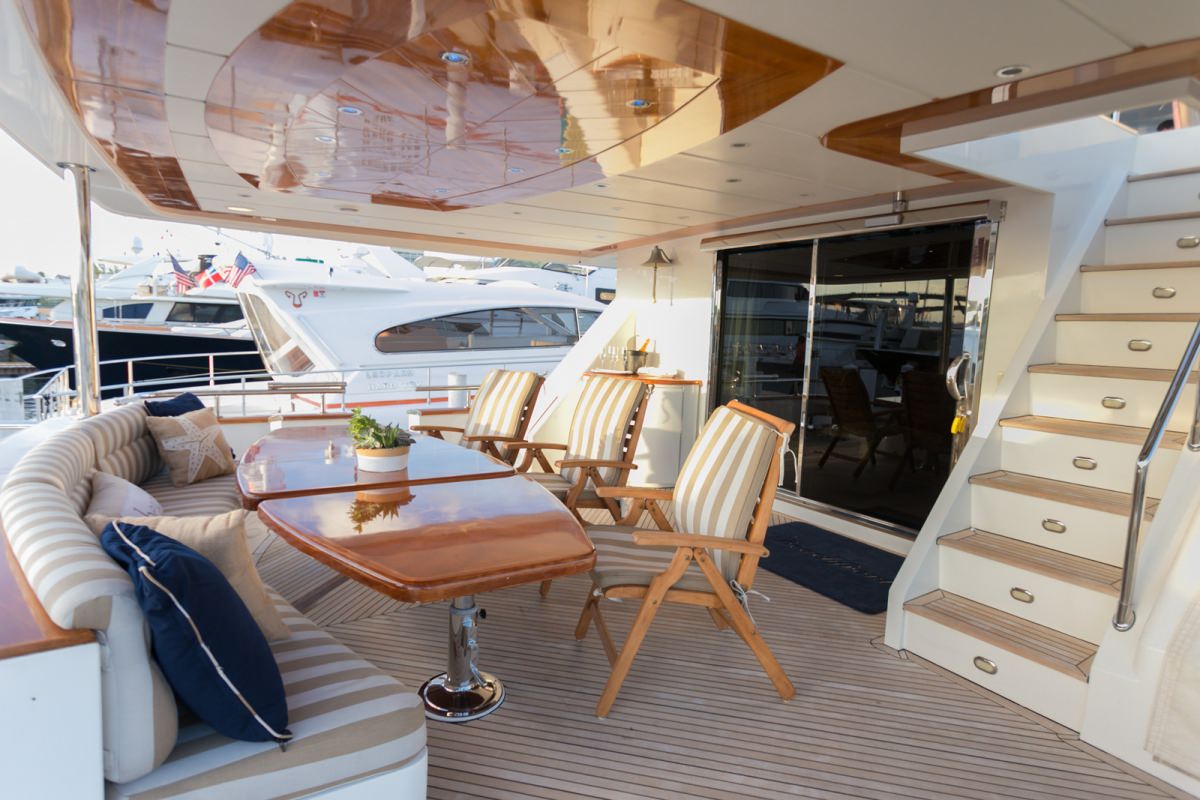 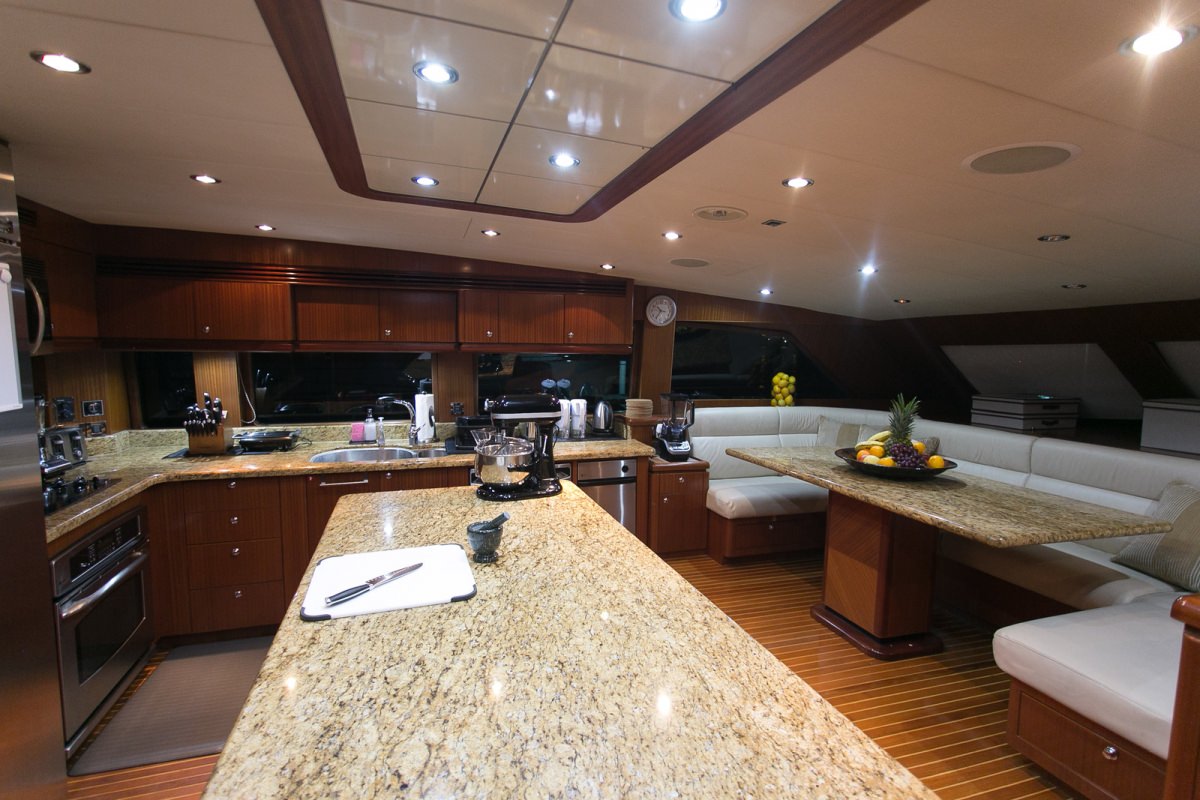 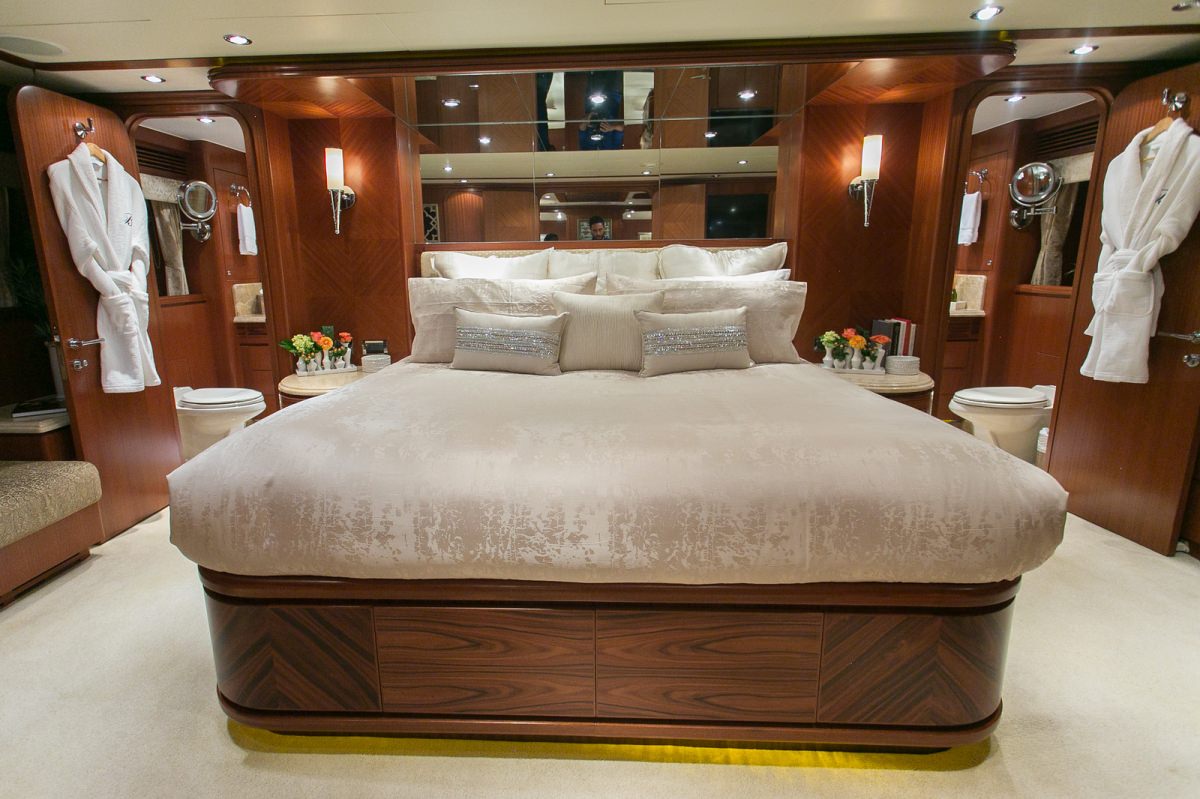 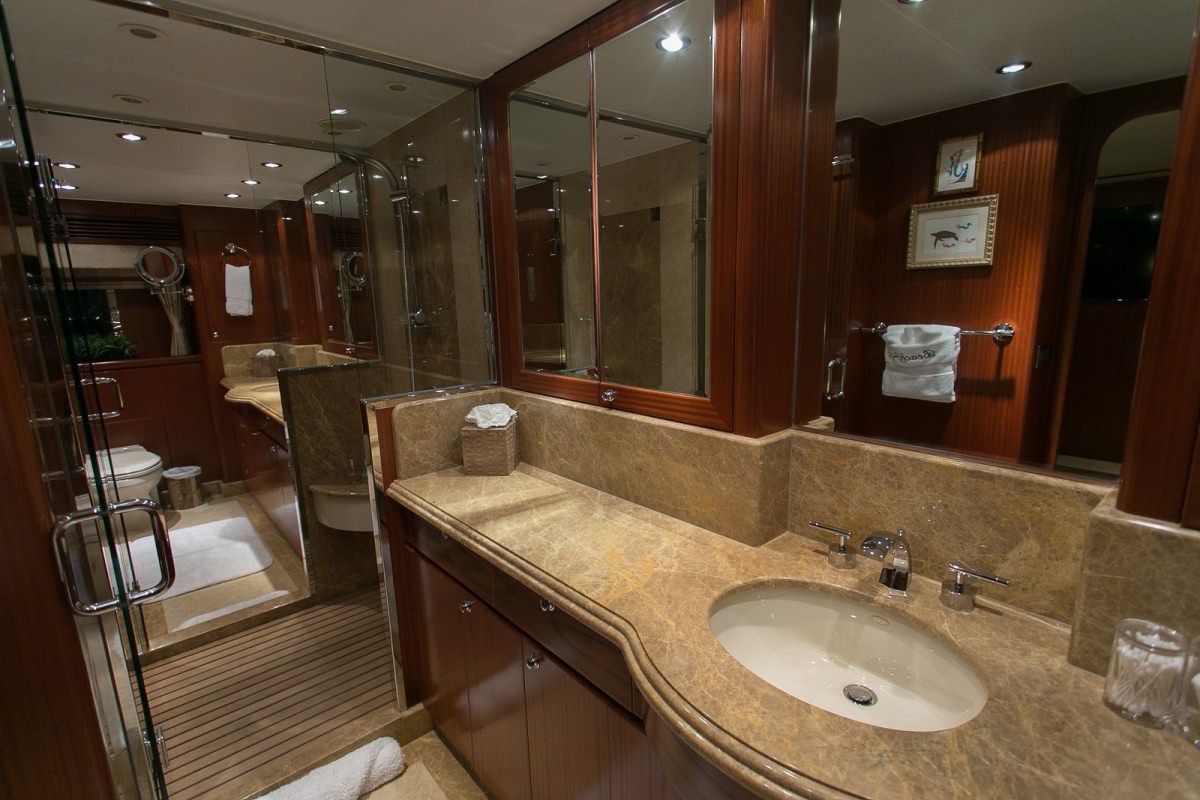 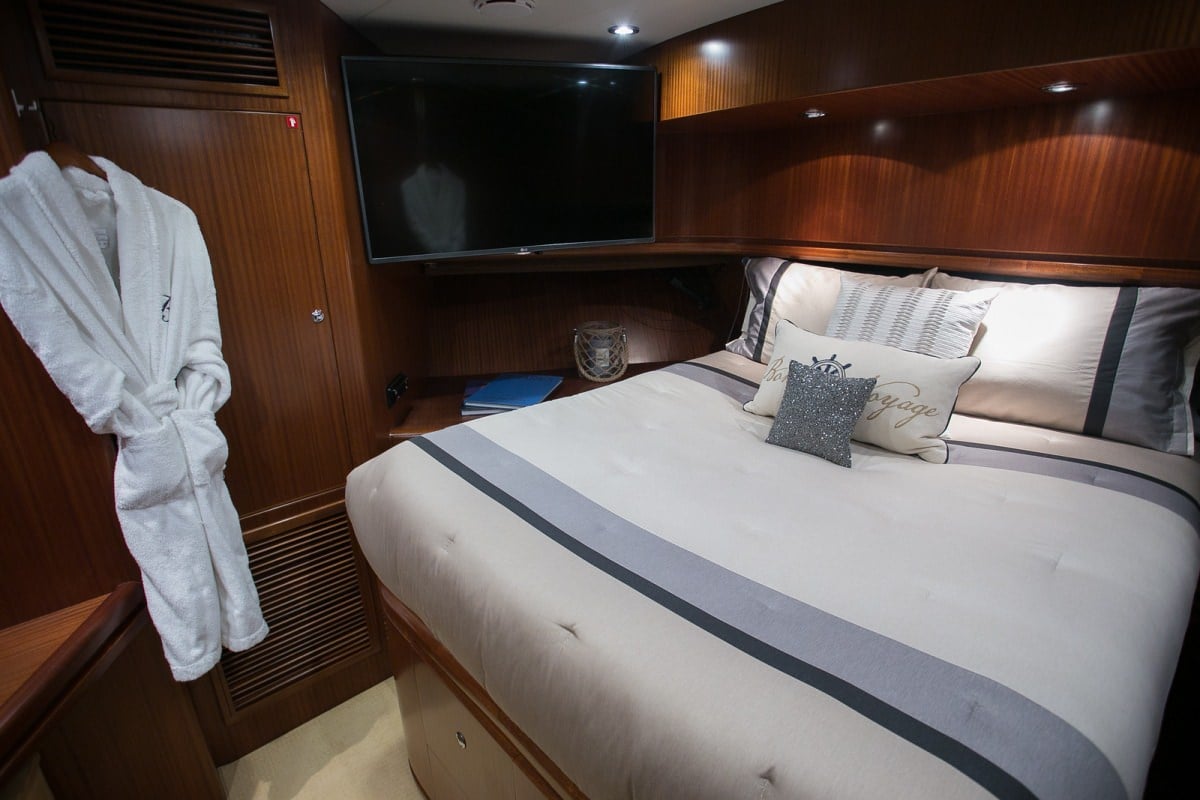 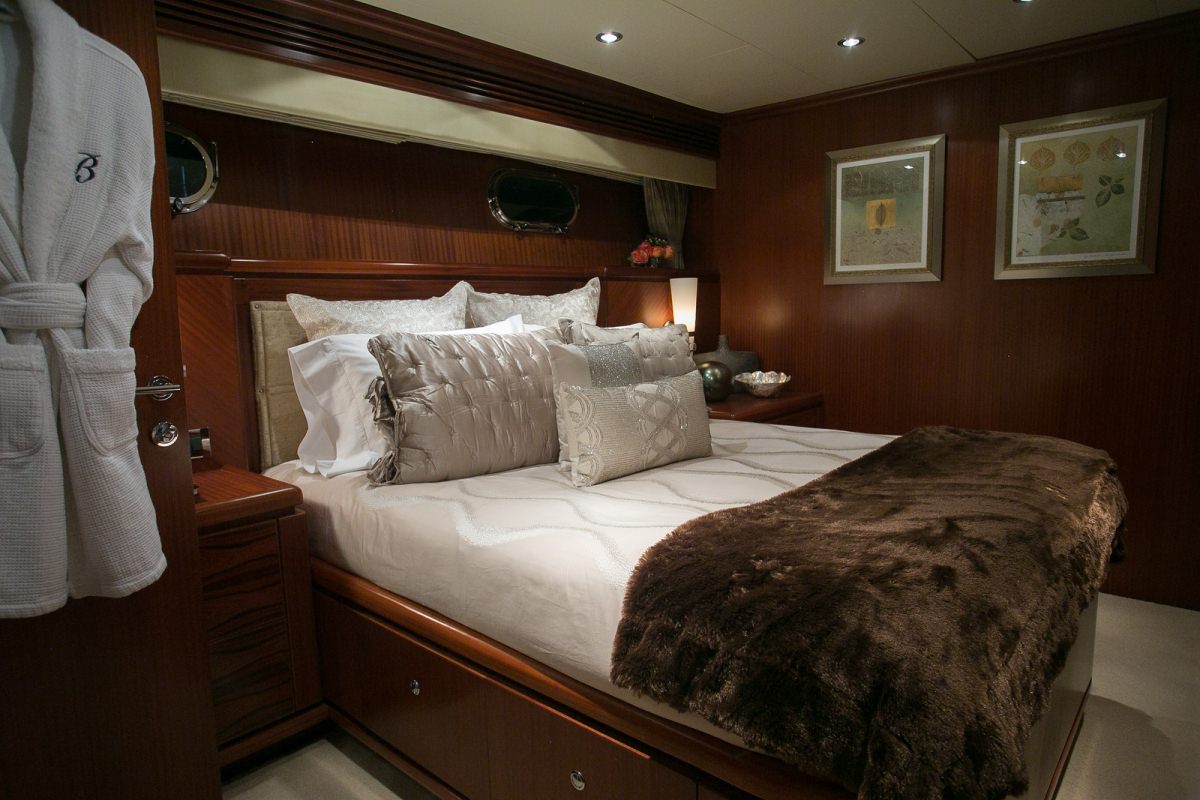 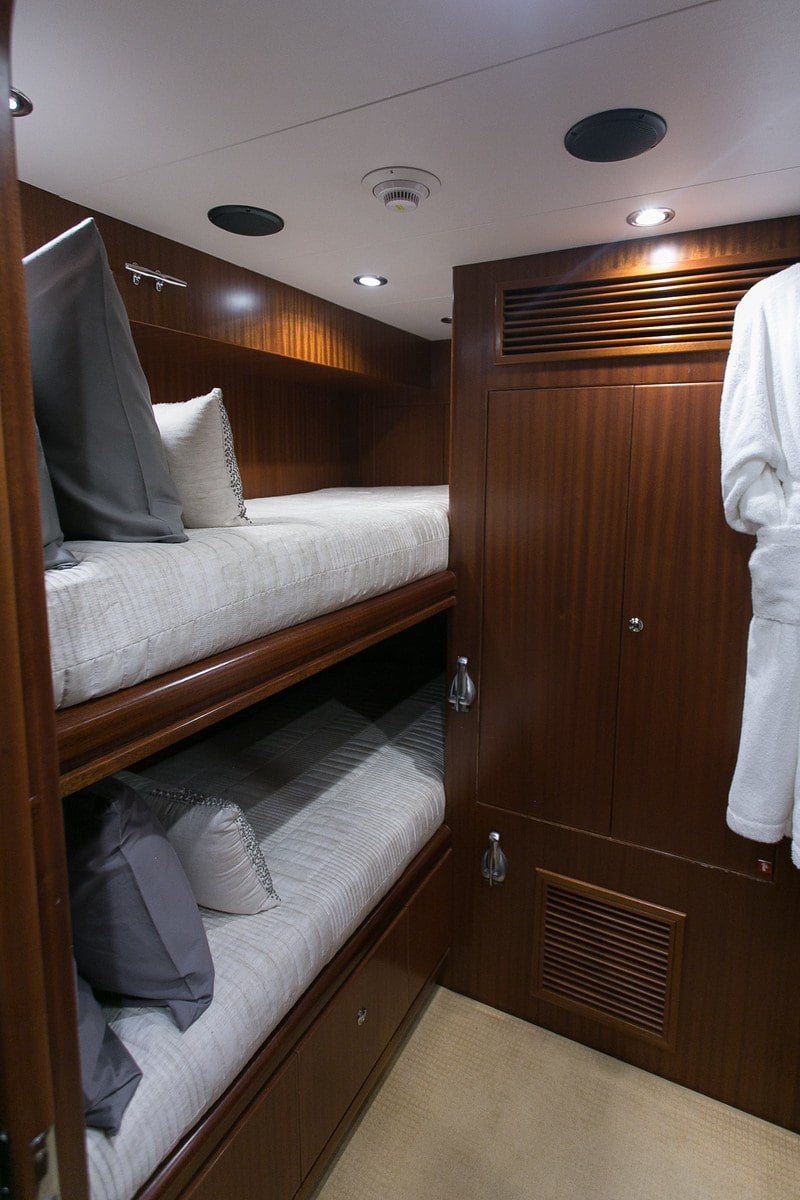 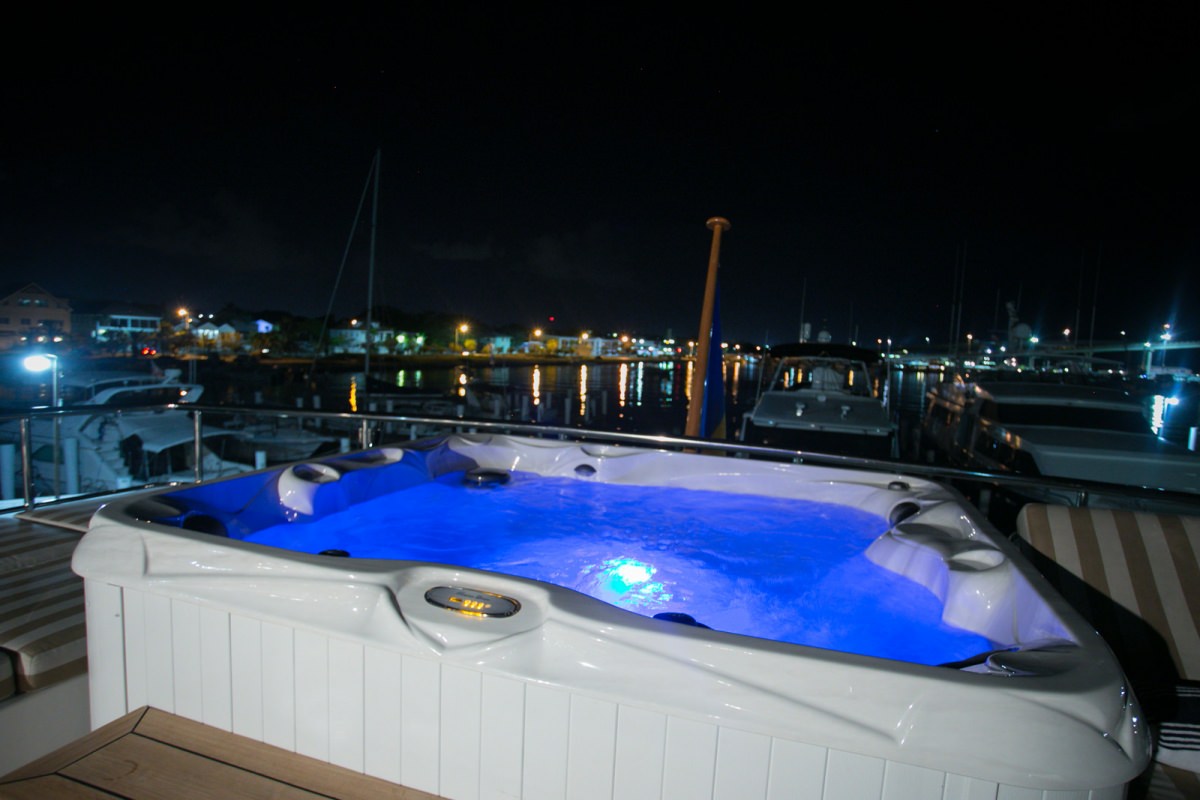 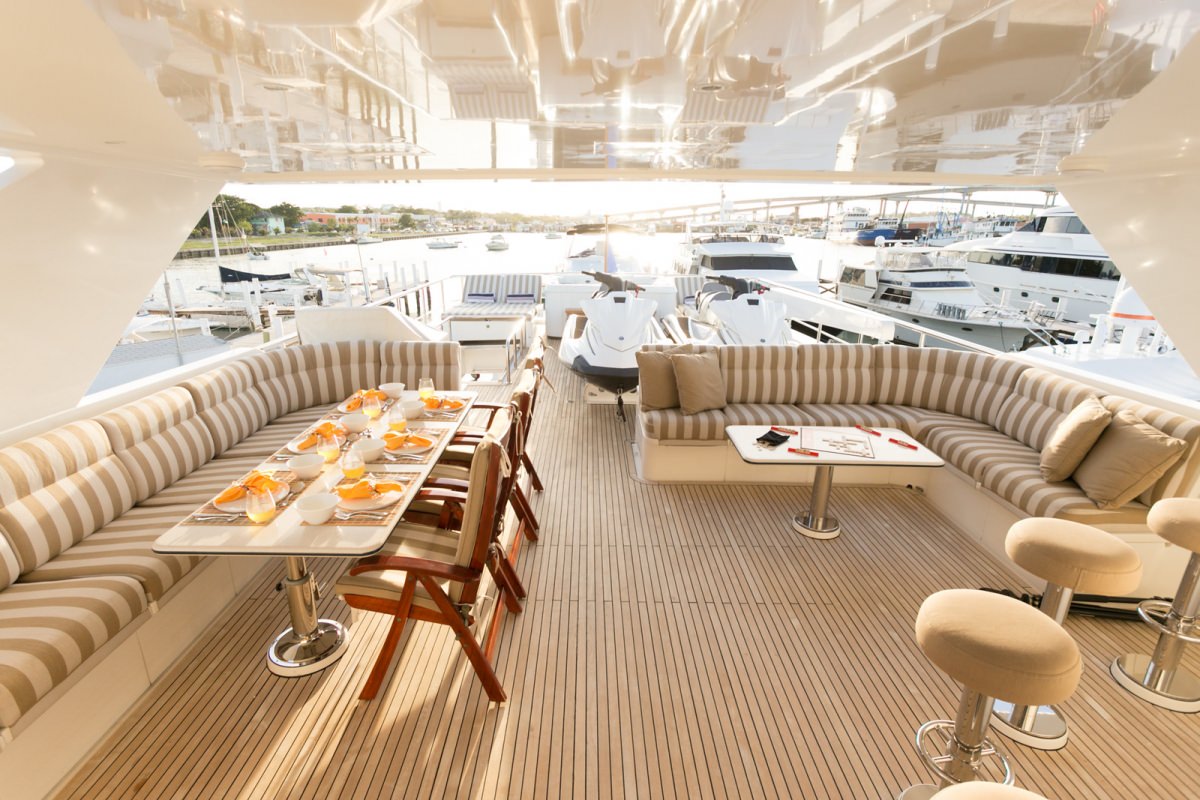 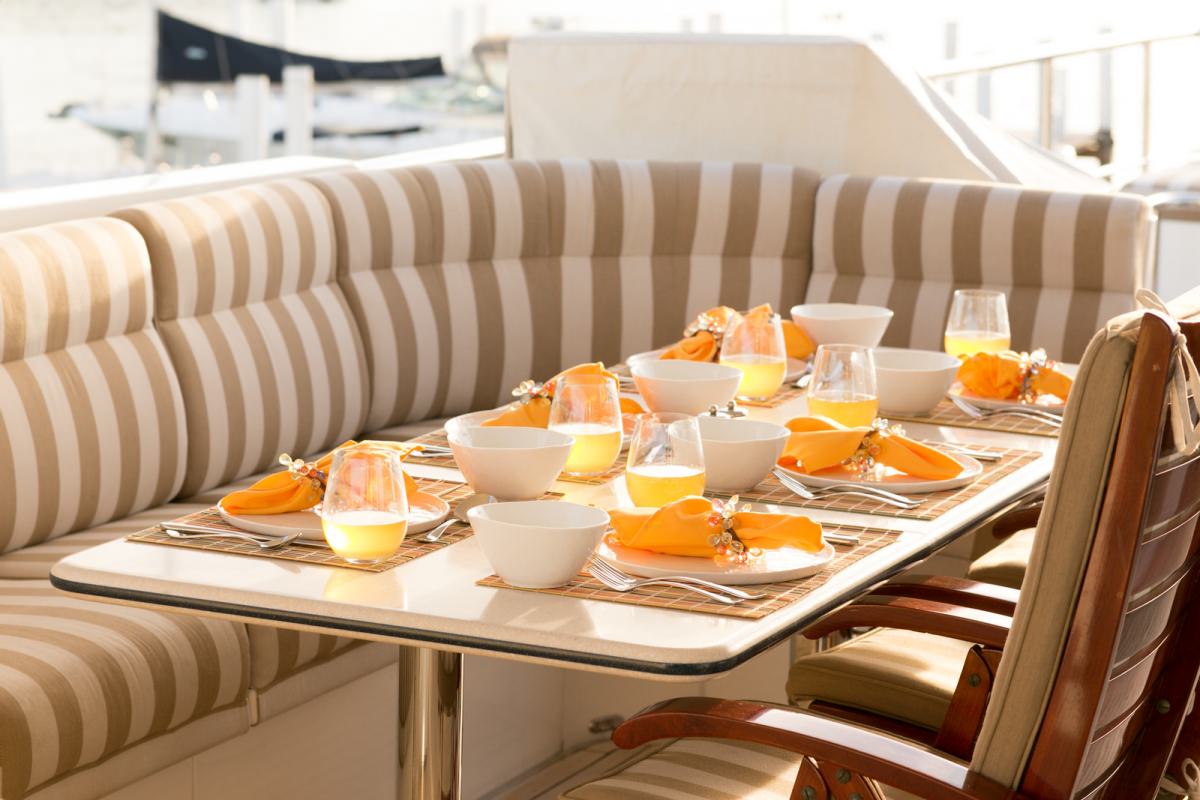 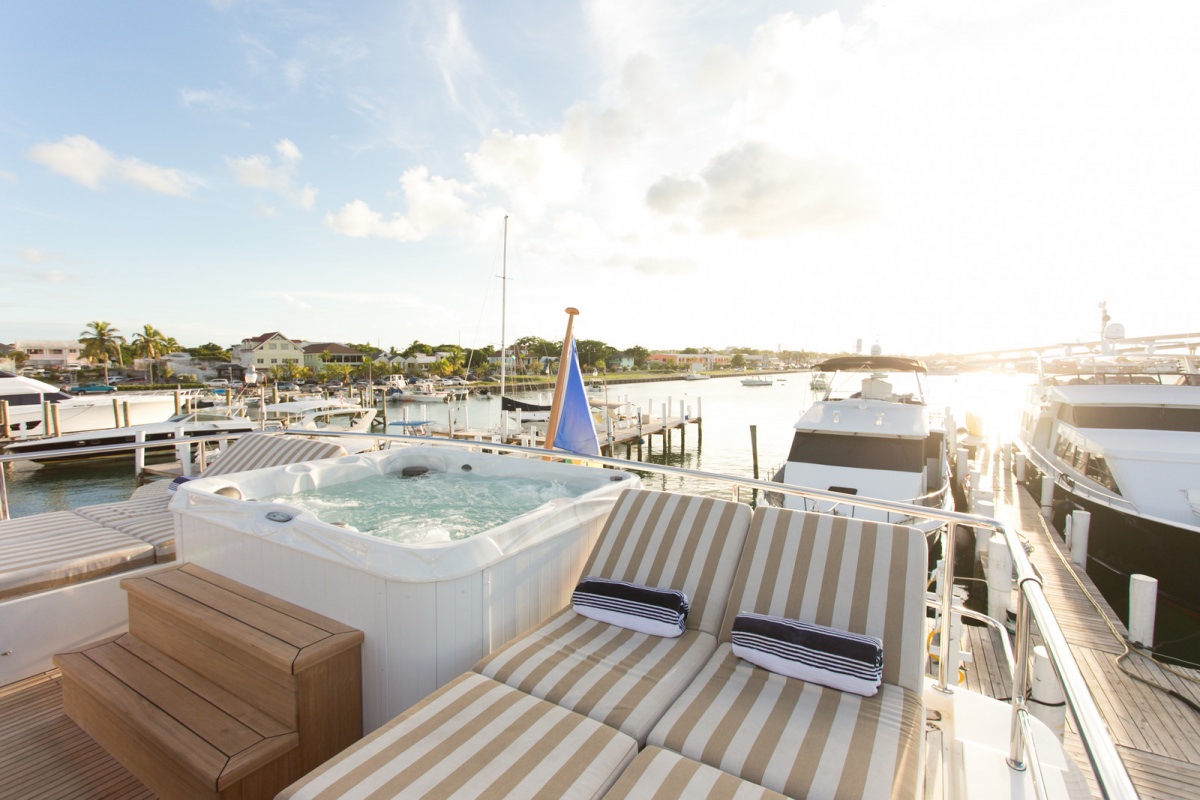 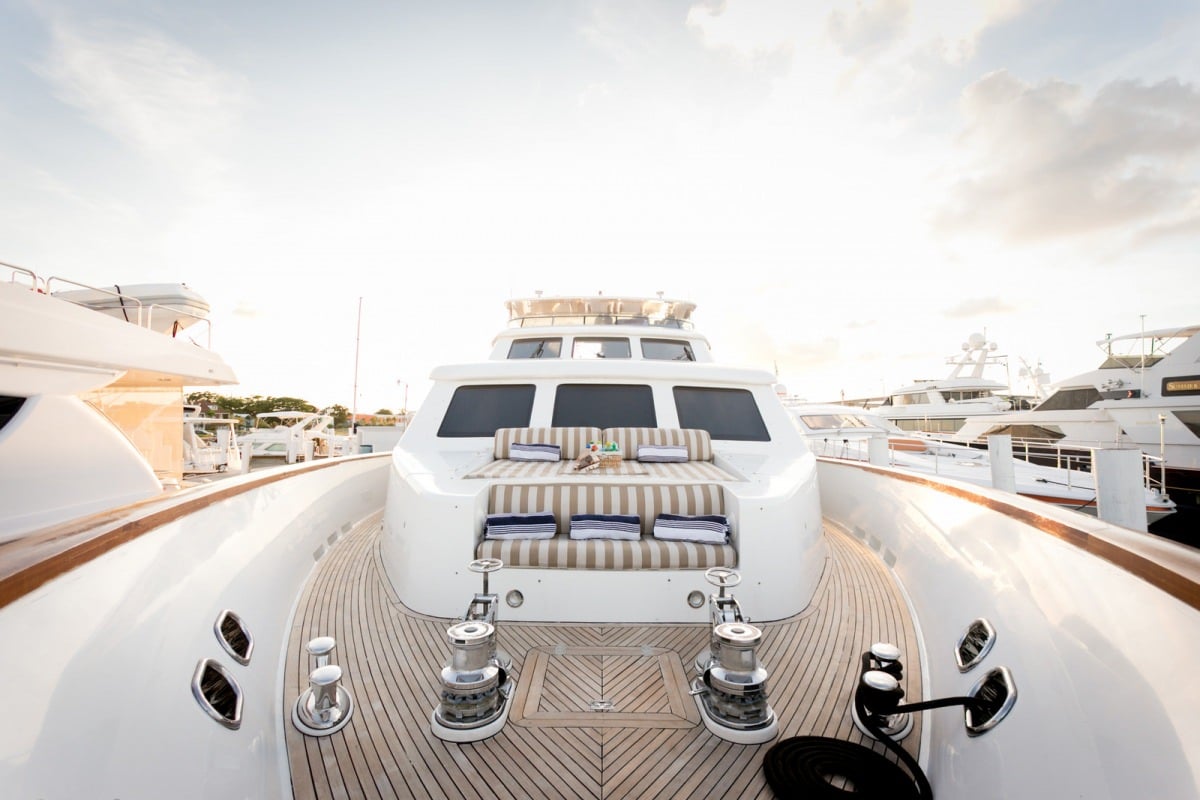 Captain Brian Matthew Scales is from George, South Africa, and has more than a decade of experience working in the yachting industry. He believes in being a hands-on captain — handling guest relations, charter management, interior service, and engineering/deck maintenance — in addition to providing five-star service at all times. His career has taken him through the Caribbean, Bahamas, Mediterranean, East Coast of the United States, and Scandinavia. Captain Brian loves the outdoors, and when not at sea, he enjoys surfing, bodyboarding, snowboarding, fishing, camping and golfing.

Sarah Vaughan was born in Papua, New Guinea and grew up in a small country town north of Hobart, Tasmania. Her culinary style is heavily influenced by her hometown, renowned for its fresh produce and seafood, cool climate wines and whiskey. Her approach to cooking focuses on local, in-season ingredients that capture the flavors of a region. Before starting her career in yachting, she worked in some of Hobart’s finest restaurants and cafes, including the Islington Hotel. She was also chef for the Governor of Tasmania, creating meals for high profile guests, such as China’s President, Xi Jinping. Her love of the sea and experience providing high-level service brought her to the world of yachting. Sarah is a very active person who enjoys sports on both water and land, like hiking, wakeboarding, snorkeling, fishing and team sports. She also enjoys the arts, especially concerts and festivals. While Tasmania is close to her heart for its rugged landscapes, Sarah’s travels have taken her to Bariloche, Patagonia, Cape Town, Nazare and Mallorca. Now, she is very excited to explore the Bahamas as BEACHFRONT chef.

Ollie is originally from South Jersey USA. She had developed her passion for boating at a very young age on her family’s Chris Craft cruising the Jersey Shores. Ollie went to Moore College of Art and Design in South Philly were she explored and toned her creative side.
To get away from the cold winters Ollie moved to South Florida in 2000. Living in the Boating Capital, it was only natural with Ollie’s passion for boating and entertaining that she would find herself working on Yachts.
For the past ten years Ollie has worked on Yachts in the Bahamas. Her love of boating and entertaining still grows. Ollie has worked on Beachfront for the past two years and takes great pride in her Vessel and her crew.

Ollie’s number one goal is to make the guest Happy!

Maryanne Bertrand is a South Jersey native who was looking for a change. Maryanne completed a bachelors of Science in Psychology at Rowan University in 2011, and was actively seeking a field where all her interests could be met. Yachting was an exciting opportunity for Maryanne. She took the leap of faith to explore her interest and passion. She ensures her guests have a wonderful time on board Beachfront. Maryanne has many qualifications in yachting such as cocktail making, fine wine and silver service. She loves traveling, being active, and most of all being near the ocean.

Malcolm Rashad Goodman, is a local Bahamian who hails from the beautiful settlement of Deep Creek, Eleuthera, Bahamas. Being the ambitious young man that he is he sought employment in the field of his dream which was at The Island School, Cape Eleuthera. He was employed for five years and during his tenure he was the manager of the waterfront dockage. Some of his duties included maintaining boats, directing the scuba dive operations, bonefish research and much more. he then sought new employment at Stuart’s Cove Nassau, Bahamas for approximately six months where he did underwater photography and videography along with shark dives.

Malcolm has been with Beachfront for one year now and has extensive knowledge of the boat inside and out. He is always sure to make guests have everything they need to have the best experience on all the fun toys. With a huge passion for fishing he is always able to land a catch, and help guests achieve the same. His interests include fishing, diving, spear fishing and all water sports