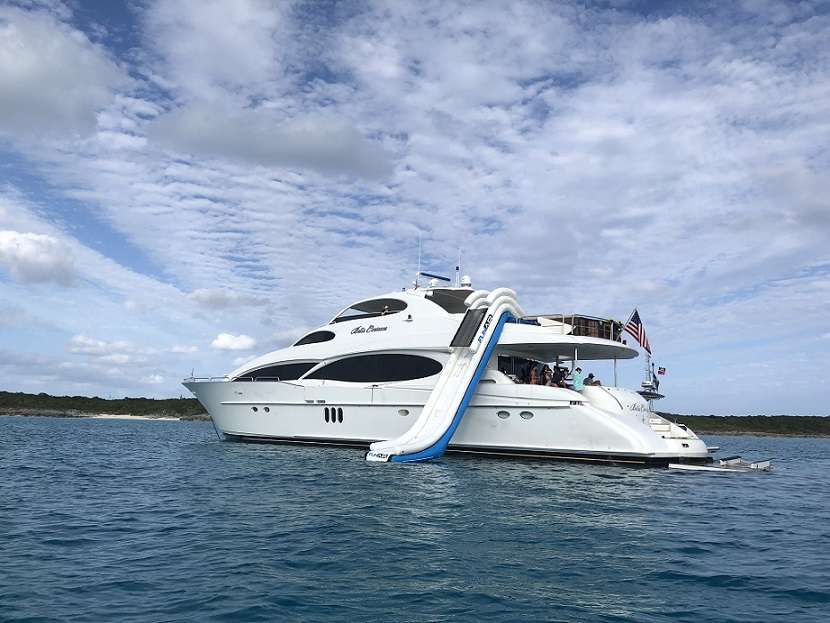 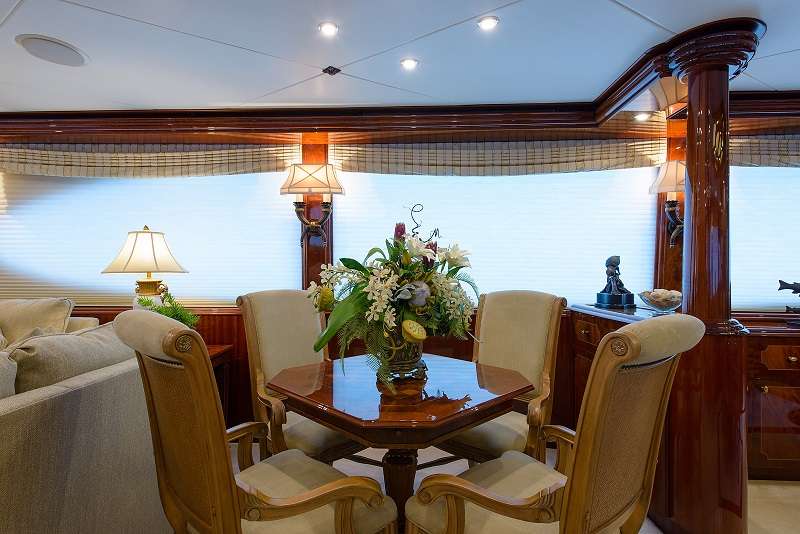 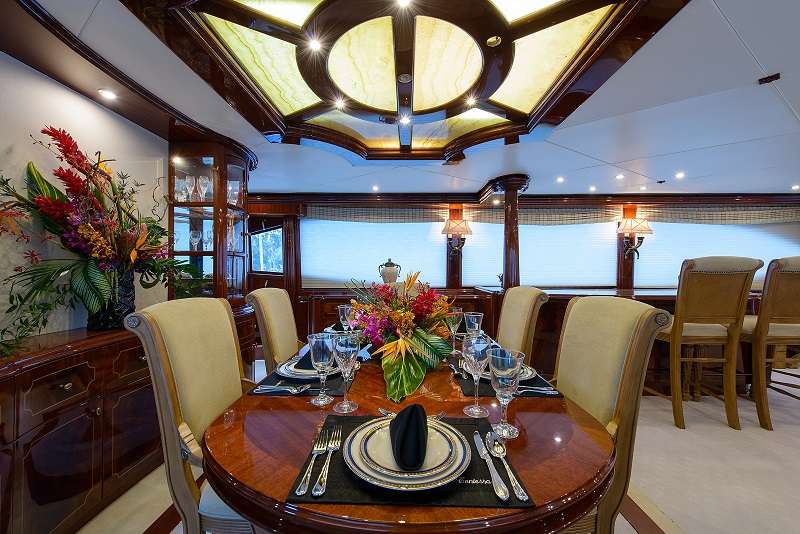 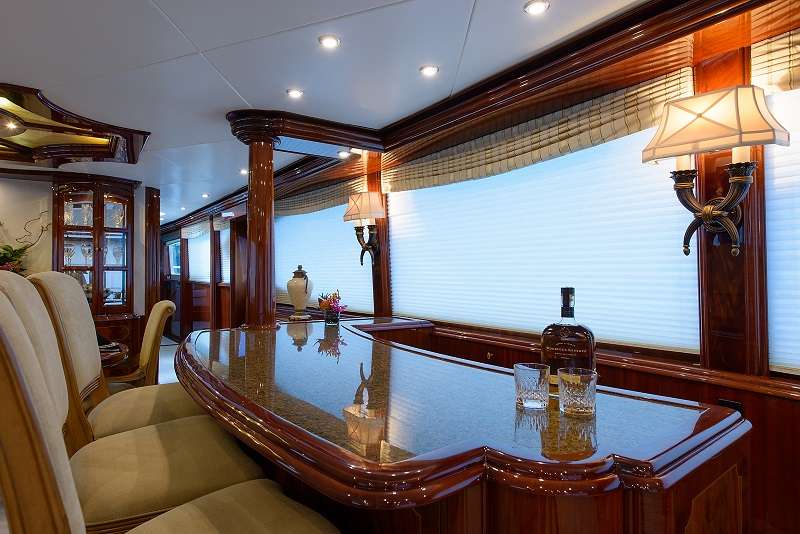 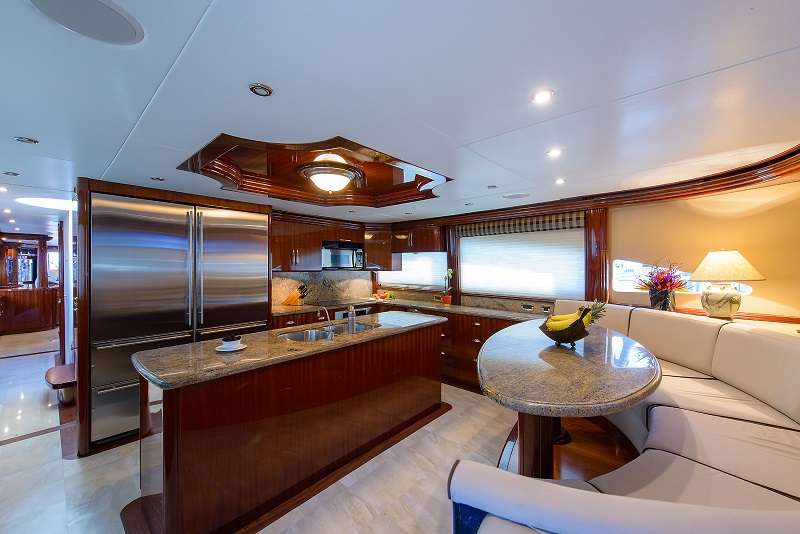 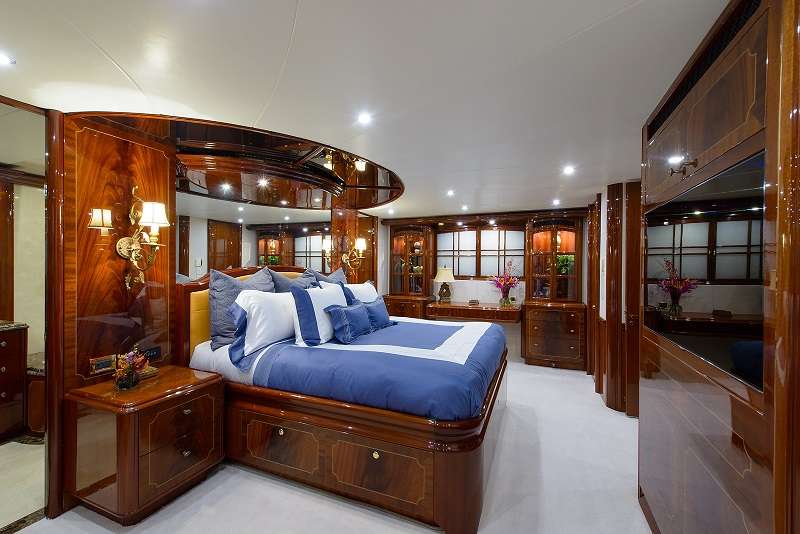 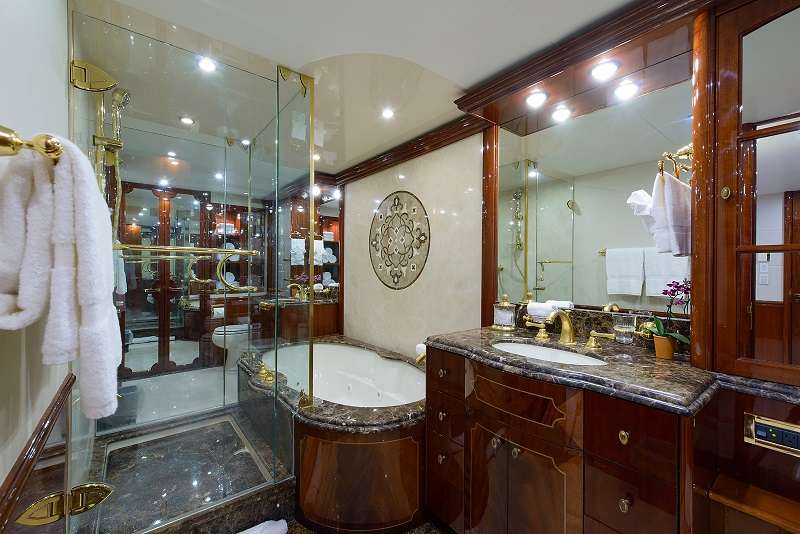 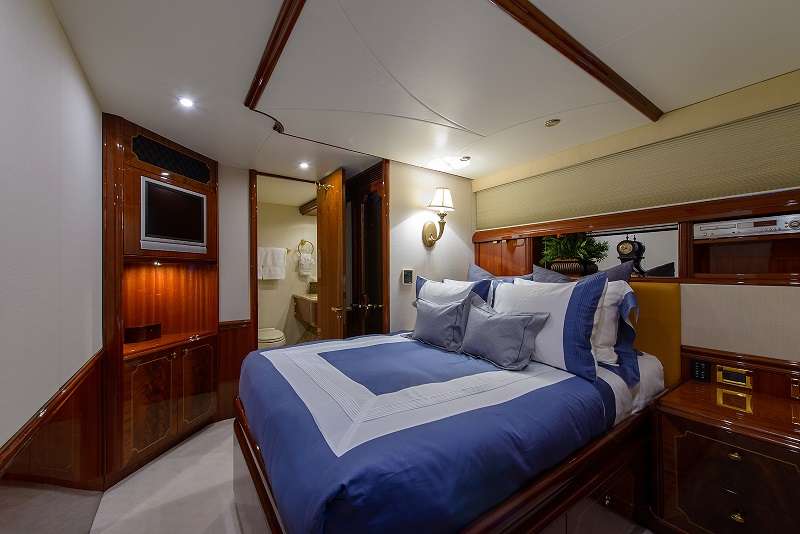 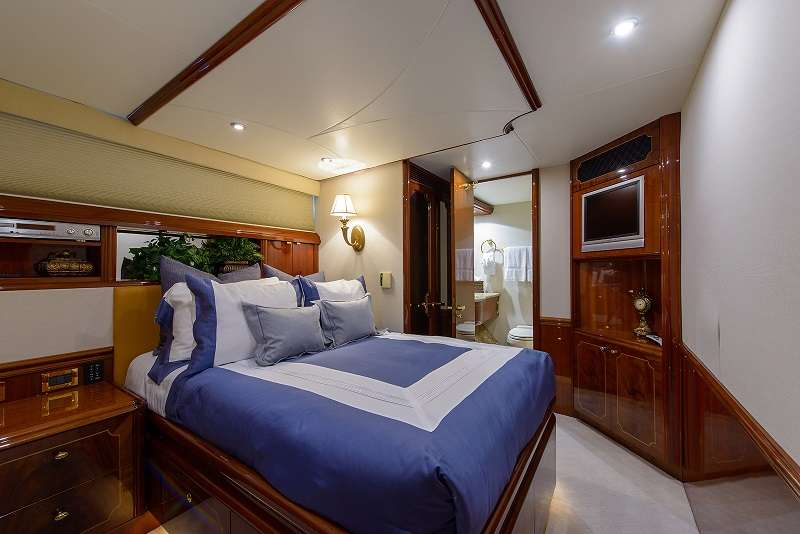 Bill was born in Illinois between the cornfield and the beanfield. His parents moved to south Florida when he was 10 years old. He hit the ocean running. Fishing, surfing, at first. Then sailing, windsurfing, waterskiing, scuba diving were daily activities while growing up.
He was first offered a mates job on a 56′ Hatteras and obtained his Captain license. He was the build Captain on the 116′ Margaux, which was a very popular charter yacht. He chartered Margaux for several years throughout the Bahamas, and Caribbean in the winter, and New England in the summer. When his family started to grow (wife plus three children) he left the Charter side of yachting for private motor yachts: 118′ Alcor, 112′ Ubiquitous, 96′ Ches Soirée, 112′ Attitude. He loves the Bahamas and all it has to offer, but most of all enjoy’s showing guest’s all the treasures and his secret favorite spots. Captain Bill welcomes you and your guests to a fun, active vacation aboard 112′ Bella Contessa.

Chef Patricia Clark is an American chef and caterer who trained at Le Cordon Bleu, and has an extensive background working both in restaurants and on yachts. She has worked with high net worth clientele including celebrities, politicians and royalty, catering everything from fundraisers and weddings to award shows and American Idol. To date, her work has taken her across the United States, the French Indies, Mexico, North Africa, and several major European cities.

Following several long-term roles in Beverly Hills and New York City, she completed her first assignment as Head Chef aboard M/Y TOPAZ in 2012 and returned to yachting in 2018, incorporating traditional cooking techniques with a fresh, healthy and modern style. She is constantly sharpening her skills and seeking opportunities for professional growth within the yachting industry. Patricia now brings her international culinary skills, creativity and enthusiasm to her new role as chef aboard BELLA CONTESSA, preparing delicious and innovative meals for charter guests and crew.

Nora Frisch was born in Jacksonville, Florida and grew up in North Palm Beach along the Atlantic coast. When she was younger, she divided her time between the beach and babysitting. Her love of the ocean brought her to the world of boating in 2007 and she’s never looked back. Nora’s background includes 10 years in the service industry and eight years in private yachting before joining the crew of BELLA CONTESSA.

She is an outgoing and friendly person who enjoys meeting new people and believes that every day is a learning experience. When Nora is not at sea, you’ll find her working in her yard at home or out with her friends. She looks forward to welcoming you aboard BELLA CONTESSA with a big smile and a helping hand.

John was born in Nassau, Bahamas, his family lives in Deep Creek, Eleuthera, a small coastal settlement, which farming and fishing are the mainstays of the area. John has 9 brothers and 2 sisters Growing up around the sea, fishing and diving was always and still is, his main interests. By the time he was 16, he was working as a mate on a fishing boat. After winning a few local tournaments, he had proved himself as a mate. Through his 20’s John fished all over the Bahamas and got his Bahamian Captain’s License at 25 years old. He started running sport fishing boats for various yachts between 40′ to 100′. John is interested in all sports, but basketball and the Miami Heat will always be his favorite. John’s passion is fishing and loves to teach people about the fish, diving and boating. His best qualities are honesty, patience, knowledge of the ocean and his outlook on life. His motto is “One day at a time”. John truly considers the Bahamas as the best place on earth and brings a wealth of knowledge to Bella Contessa.