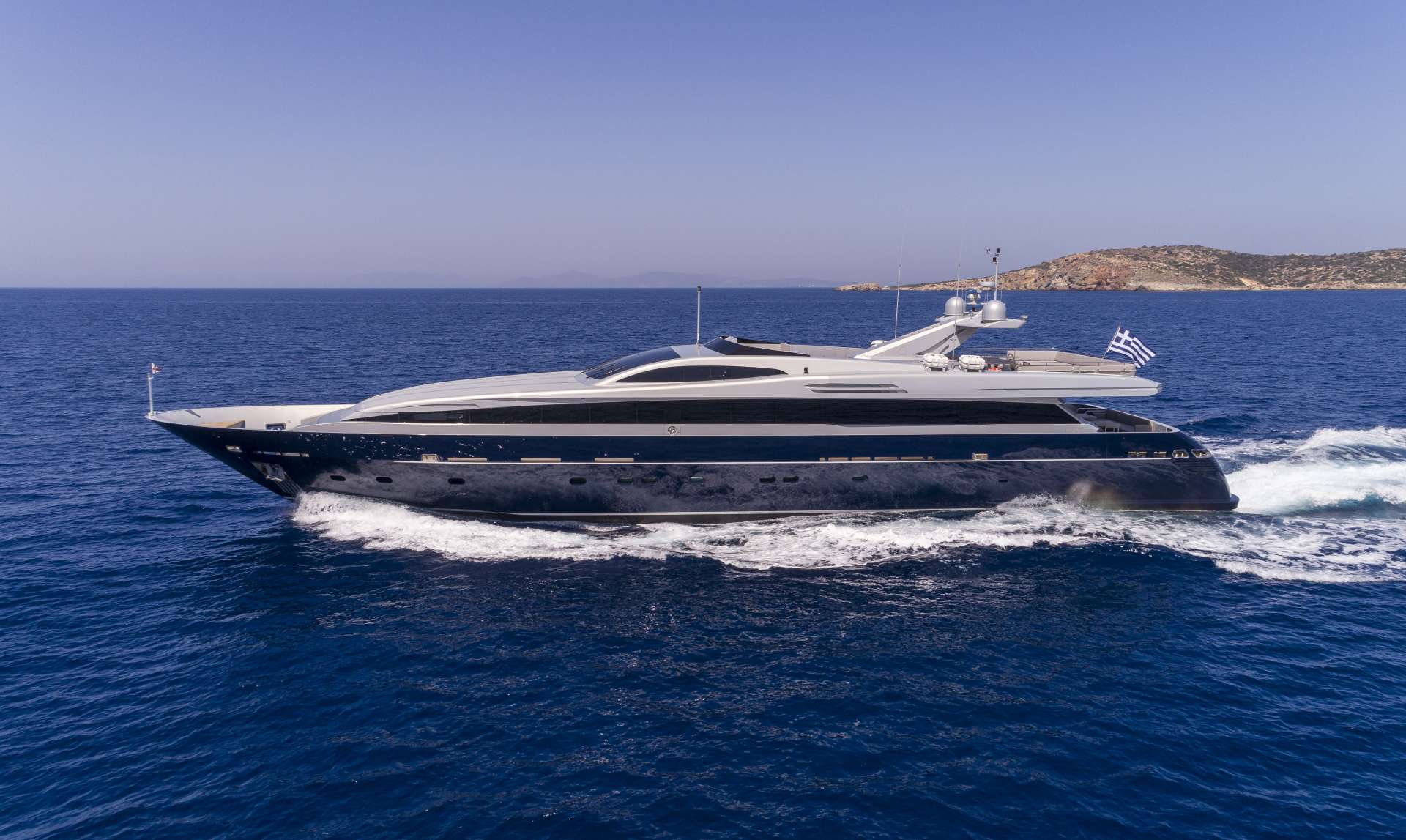 Deck Facilities:
Dining table sitting up to 10 on aft deck and on sundeck
Sundeck free of toys and tenders while cruising
Large sunbeds/sofas and lounge area on sundeck (NEW 2020)
Spacious swimming platform

Deck Facilities:
Dining table sitting up to 10 on aft deck and on sundeck
Sundeck free of toys and tenders while cruising
Large sunbeds/sofas and lounge area on sundeck
Spacious swimming platform

Dimitris Nikolopoulos- Captain
Greek- Age 41
Captain Dimitris graduated from the Merchant Marine Academy and holds a Captain Class A Diploma. Captain Dimitris began his career as Chief Officer on passenger ships, where he gained extensive sea-experience of world cruising areas. After years in passenger ships, he got involved in the yachting industry. Prior to joining M/Y BILLA, he has served as Captain on board M/Y MONACO (42m) and M/Y Ouzo Palace (30m). Captain Dimitris has been onboard BILLA since 2012. Captain Dimitris is known for his high level of expertise and professionalism in the luxury yachting industry. With an extensive knowledge of Greek Waters, Captain Dimitris knows all the secluded bays where guests can enjoy the dramatic surroundings or can find the perfectly calm waters and the safest exclusive anchorages. Captain Dimitris holds the following certificates: Medical Care on board, Tanker & LPG carriers safety cert, Ro/Ro & Passengers ships safety, Life Saving & Fire Fighting, Certificate of training in RADAR plotting, the use of RADAR & the use of Navigation Aids, ISPS. He speaks fluent English and enjoys sailing and travelling.

Dimitris Vernikos – Engineer
Greek- Age 40
Dimitris is a graduate of the Greek Merchant Marine Academy and holds an Engineer Class A Diploma. He has sailed around the world on commercial ships since 2005. Moving into the yachting industry has provided Dimitris with the opportunity of sharing his proud, fond experience of engineering and looking after the safety of the yacht and all aboard. He started his career on yachts MY OUZO PALACE and MY OKTANA and then continued on boar MY BILLA. Dimitris joined MY BILLA in 2009. He holds the following Certificates and Licenses: Ro/Ro & Passenger Ship Security, Tanker Safety, Life Saving & Fire Fighting, and speed boat license. He joins us to compliment this department and to ensure that MY BILLA runs at her full potential at all times. He speaks English. Dimitris is 40 years old.

George Kourakis- Chef
Greek- Age 44
After graduating from Chef D’ Oeuvre, one of the top chef schools in Greece, George started his career in cruise ships in Greece. His 25 year- experience includes some of the most prestigious 5* Hotels and luxury restaurants in Greece, where he worked as Head Chef and Sous Chef. He joined the yachting industry in 2015 on board MY SAPPHIRE, while was also on board MY DRAGON. Further to his professional experience, George has always been keen to expand his knowledge and abilities, by attending various seminars. He is highly creative, and he is able to combine his modern ideas with traditional Greek products. He is excited to present his culinary extravagances to his guests. George speaks English and Greek. He is 44 years old and married.

Anna Vamvaka –Chief Stewardess
Greek- Age 33
Anna is a highly experienced stewardess as she has worked on board charter yachts as MY BILLA, MY GEOSAND and MY ROMACHRIS. Before joining the yachting industry she worked at the F&B business in Greece, while she has degrees in Nursing and Cosmetics. Anna is very social and polite while being very responsible. She works very well in teams and she really loves her job. In her free time she enjoys cycling, travelling, mountain climbing, practicing muay-thai and reading. Anna speaks Greek, English and basic French. She is 33 years old and single.

Stavroula Xekominou- Assistant Stewardess
Greek-Age 27
Stavroula began her career at hotels. During the past 7 years, she has worked at hotels and 5-star restaurants. Stavroula has been always keen to have a long term position on a yacht where she can deliver excellent service and provide solid support to the rest of the crew. Since winter 2017, she has been on board Billa and is now a member of the professional team. Stavroula speaks fluent English. She is 27 years old and single.

Konstantinos Patiris – Deck Hand
Greek- Age 43
Konstantinos holds a Captain Class C Diploma and a high speed boat license. He started his career in 1993 on board tanker ships. Konstantinos has 7 years of experience on board various yachts such as M/Y Charlie and M/S Troia. Konstantinos joined M/Y BILLA in 2013. He welcomes the opportunity to instruct or assist in all water sports provided on board M/Y BILLA. Konstantinos is a hard working person with a pleasant personality. He speaks English. Konstantinos is 43 years old and single.

John Litinas- Bosun
Greek- Age 42
John started his career in yachting, on board private yachts and joined M/Y Billa in 2016. He is a hard worker and his love for this yacht has made him a most valuable member of M/Y BILLA’s crew. John is always willing to maintain the yacht in excellent condition and provide his services to all guests on board. He speaks English. John is 42 years old. 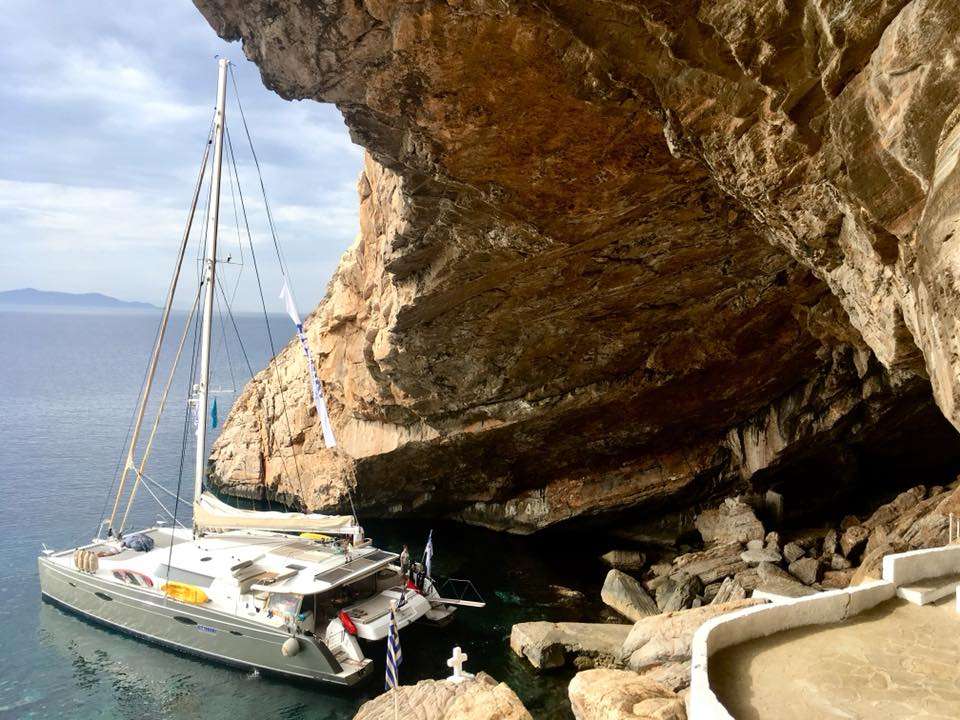 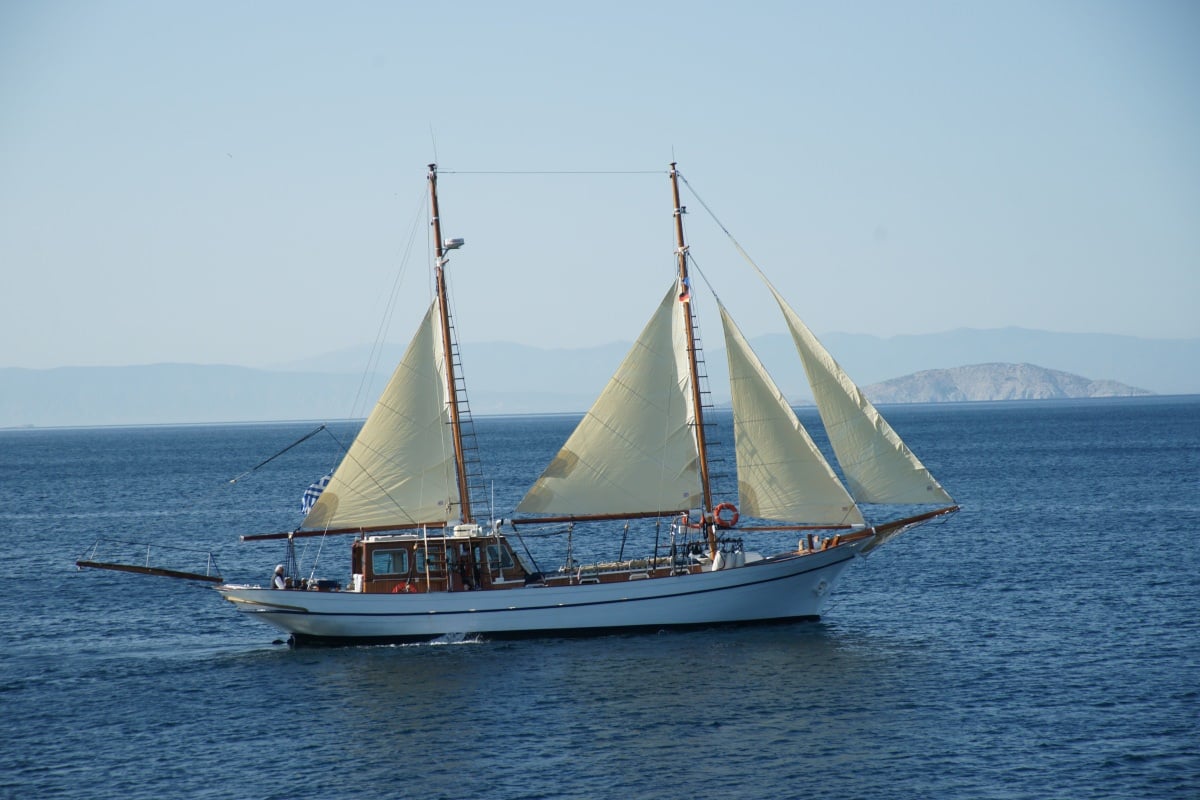