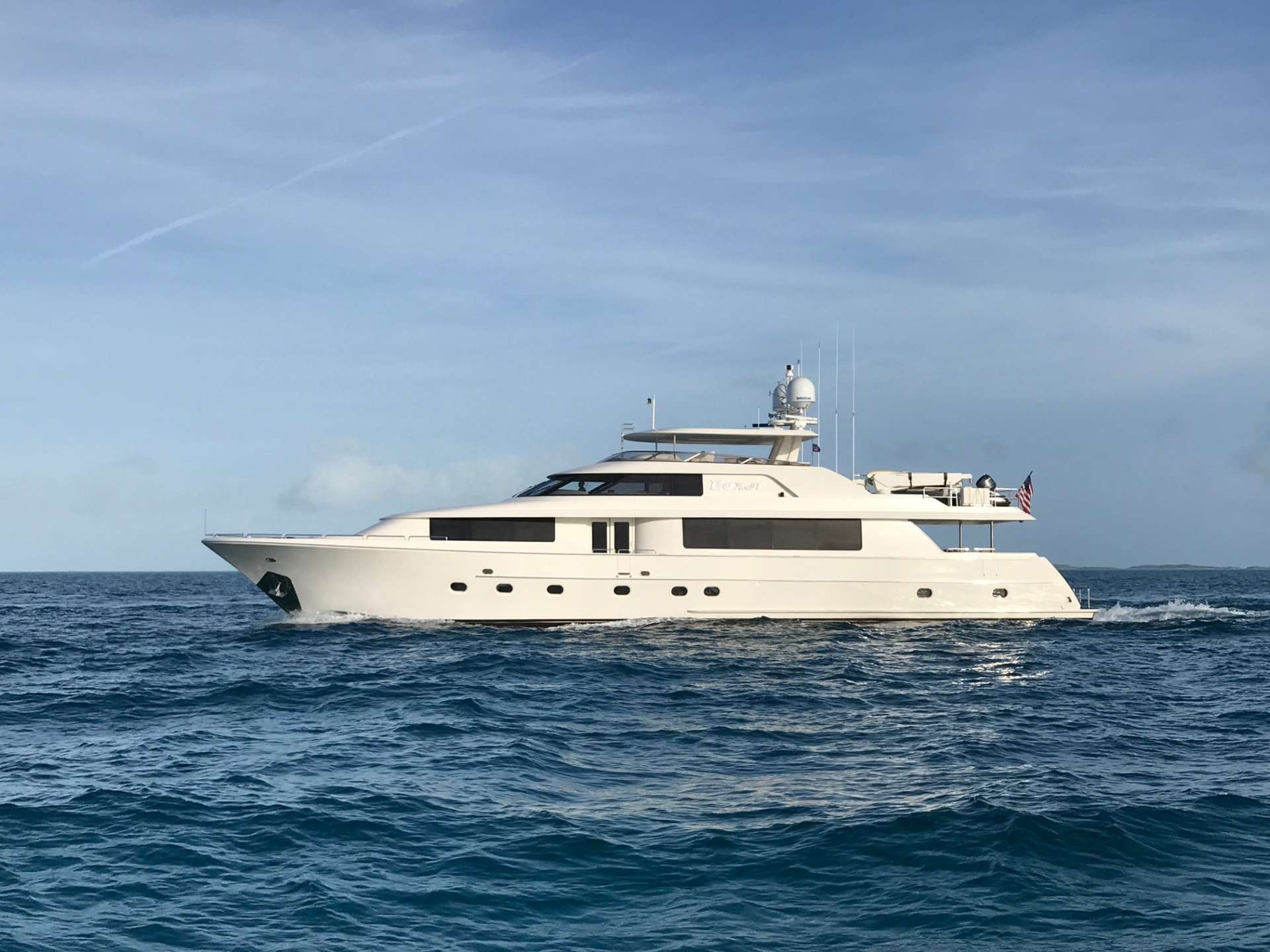 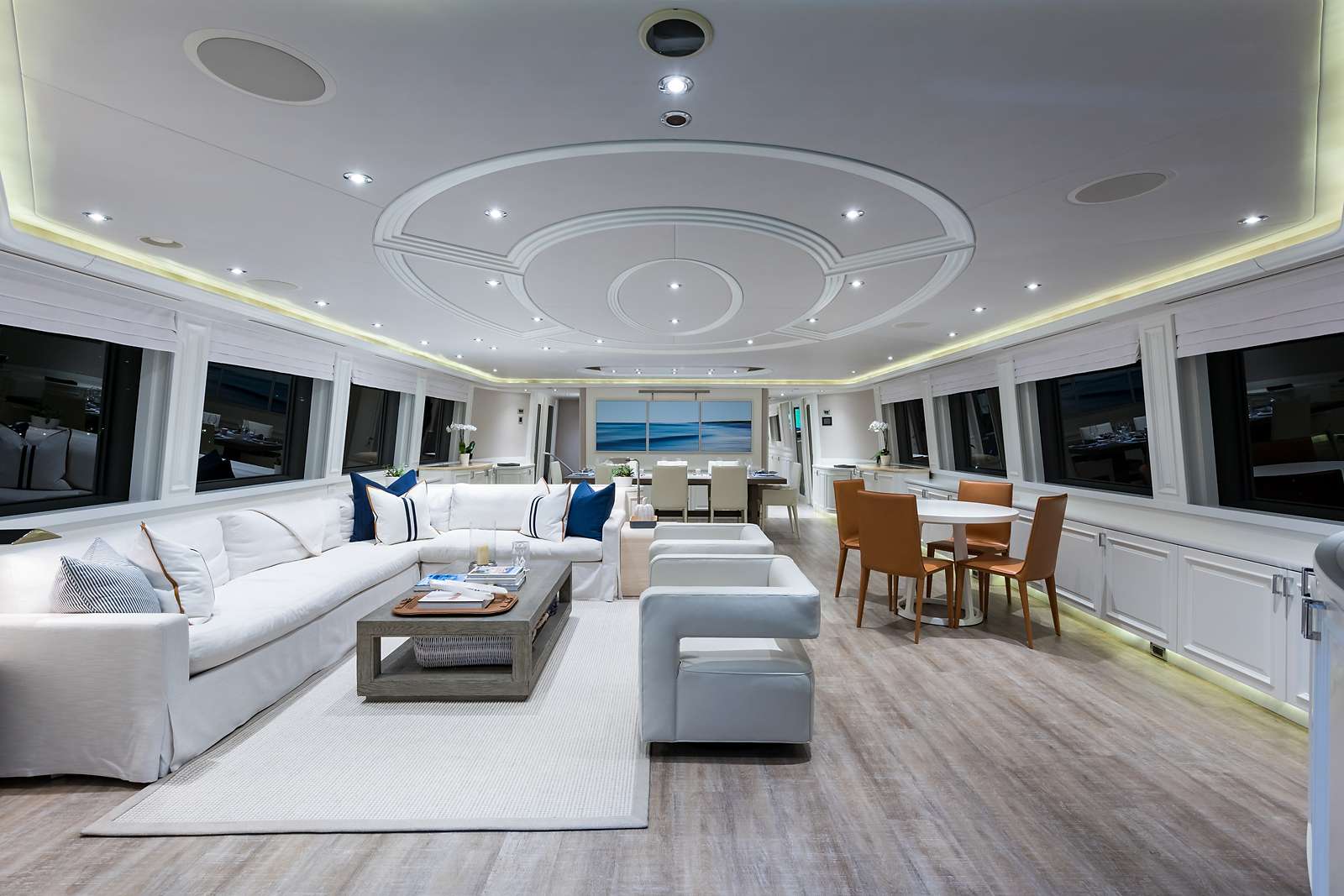 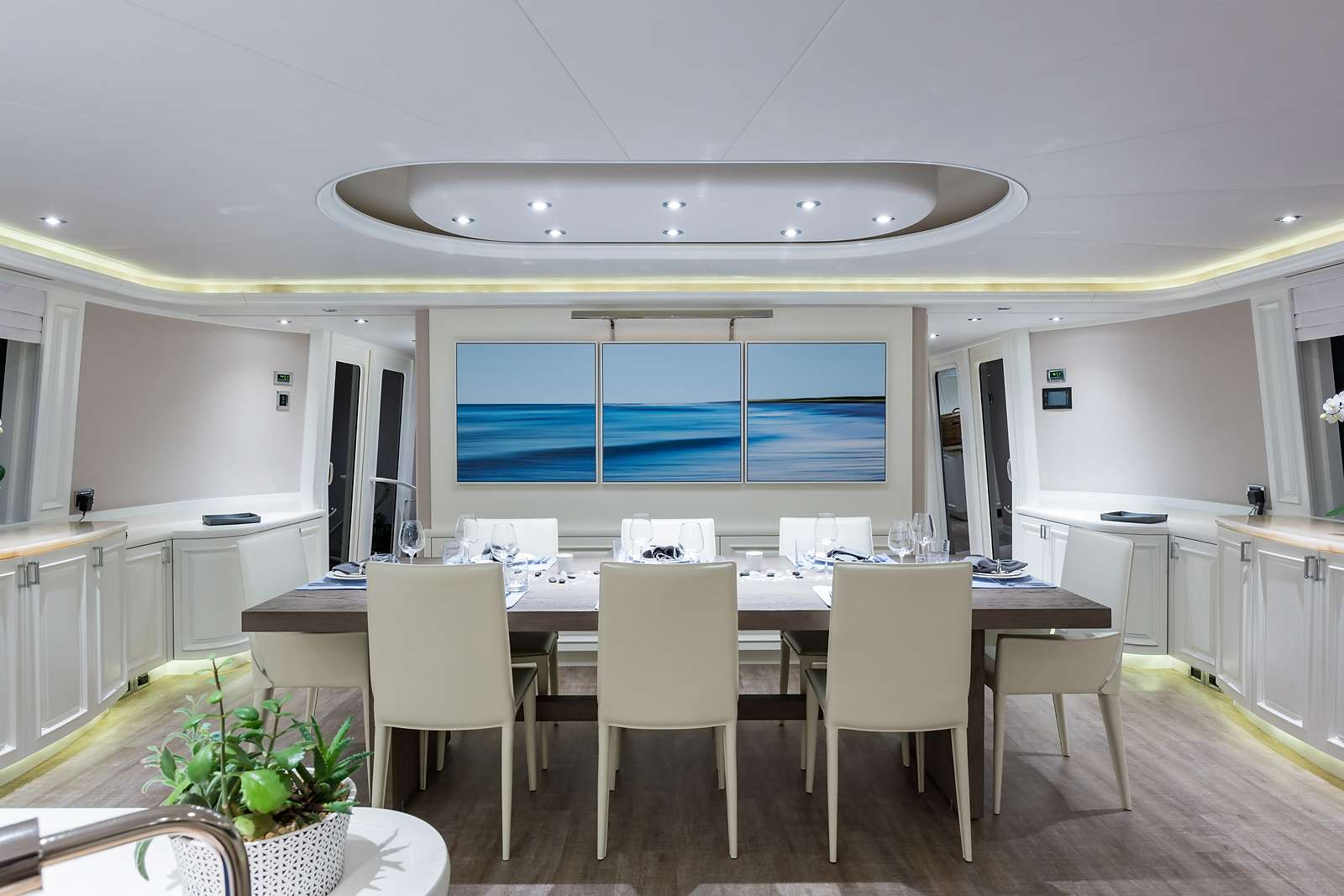 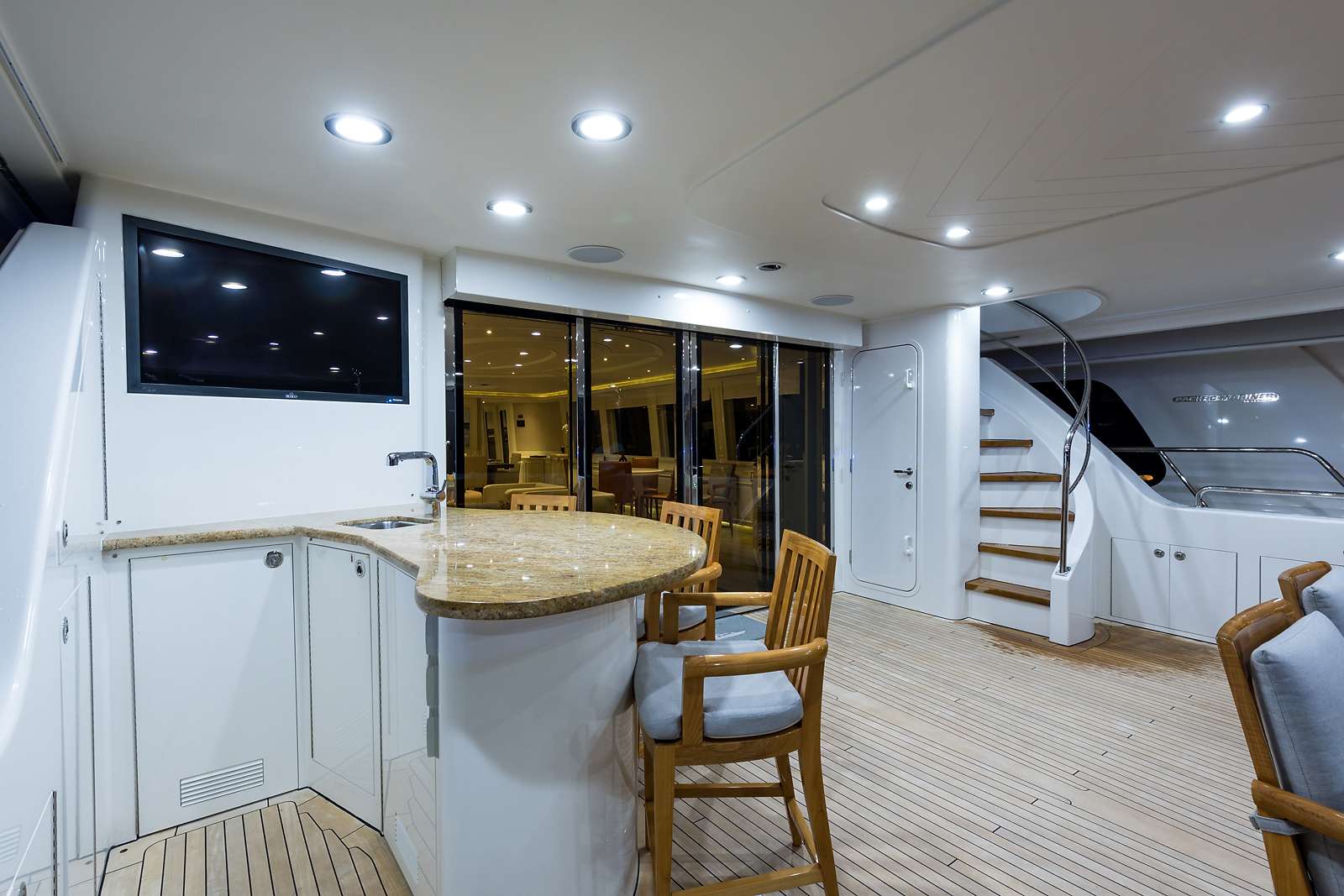 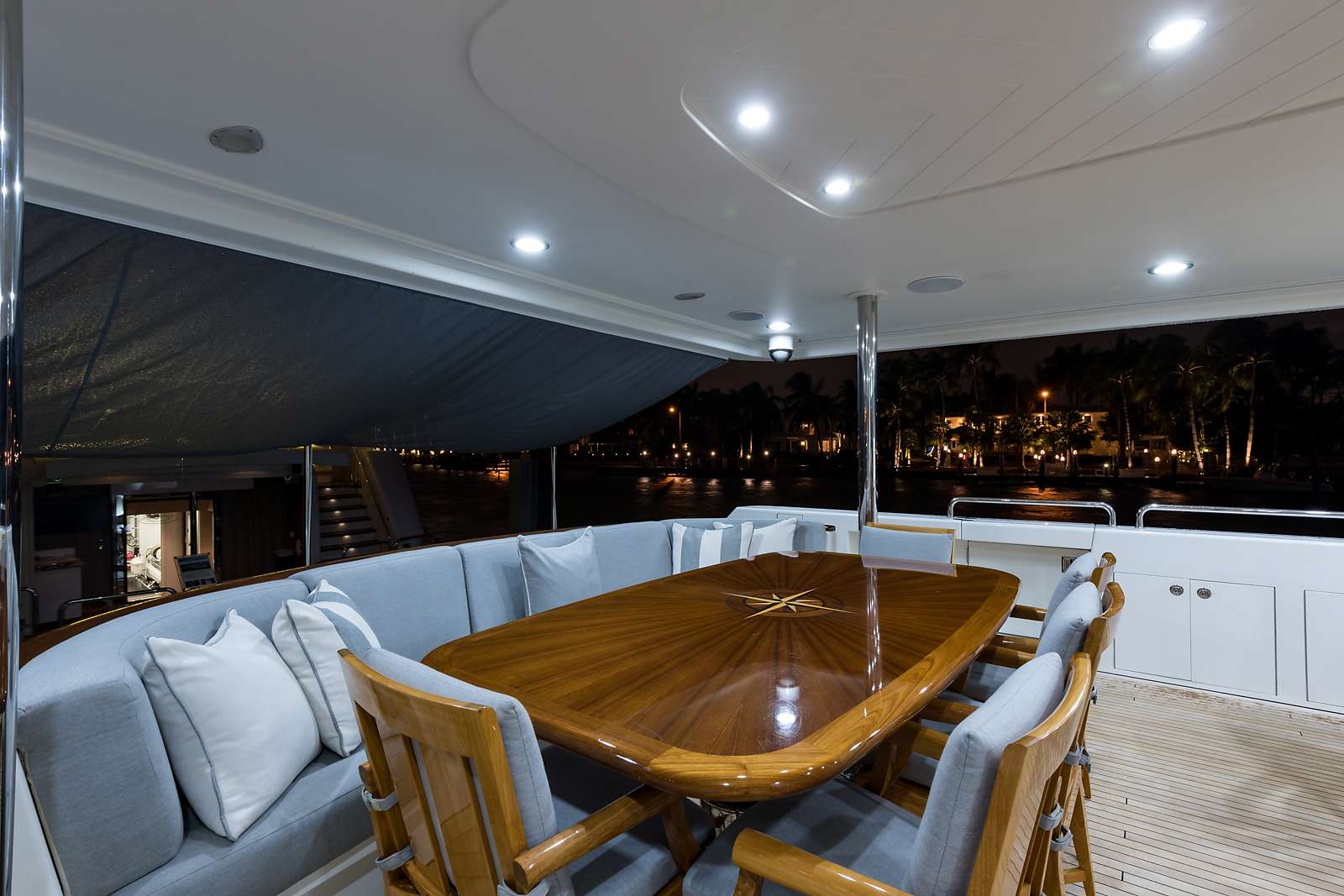 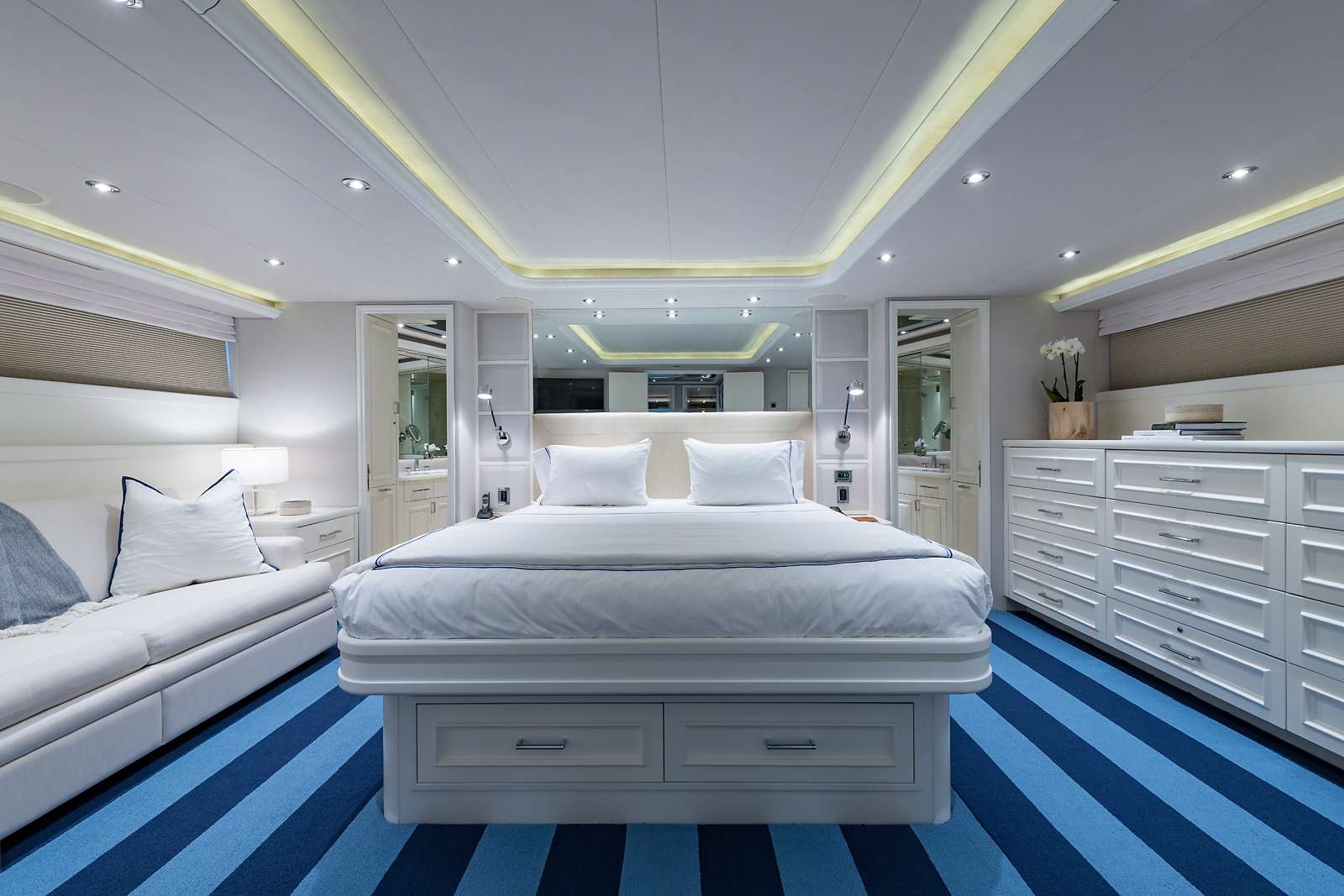 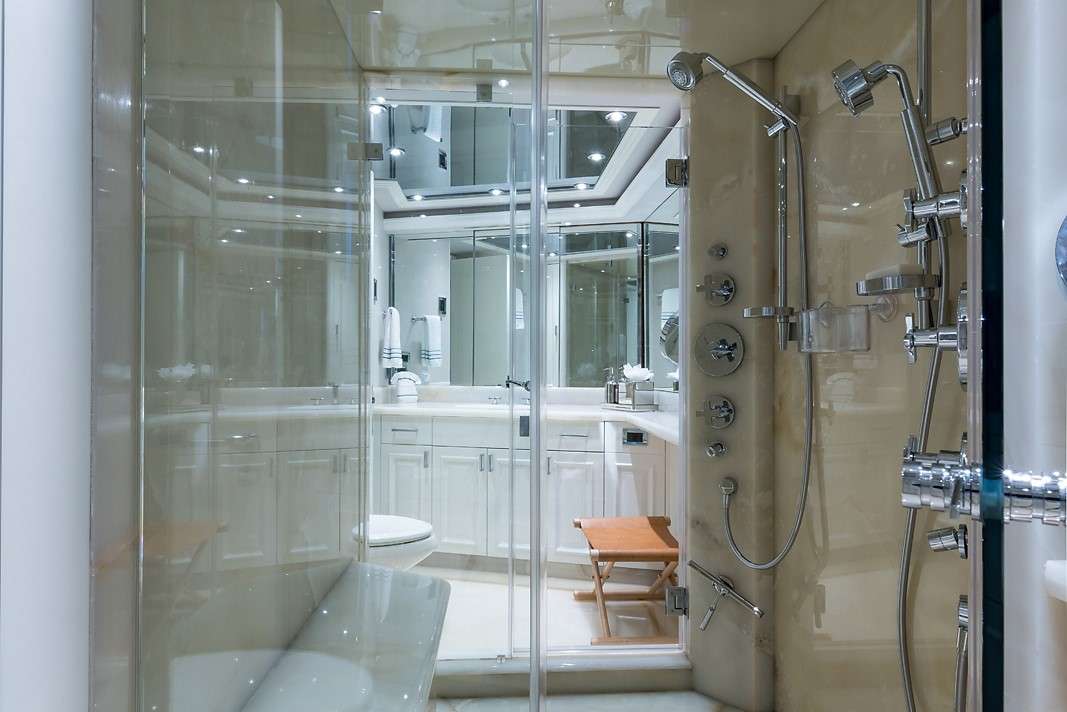 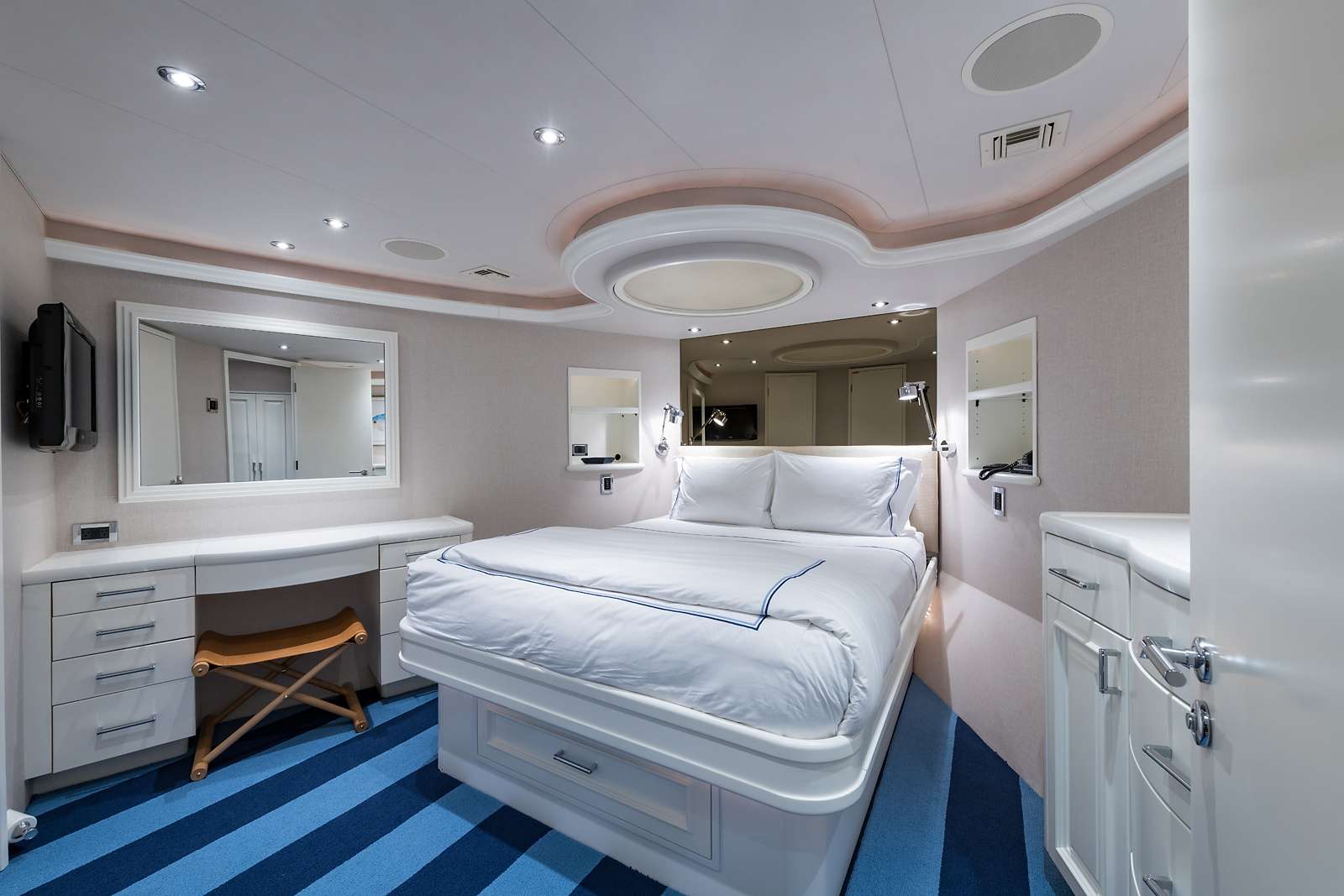 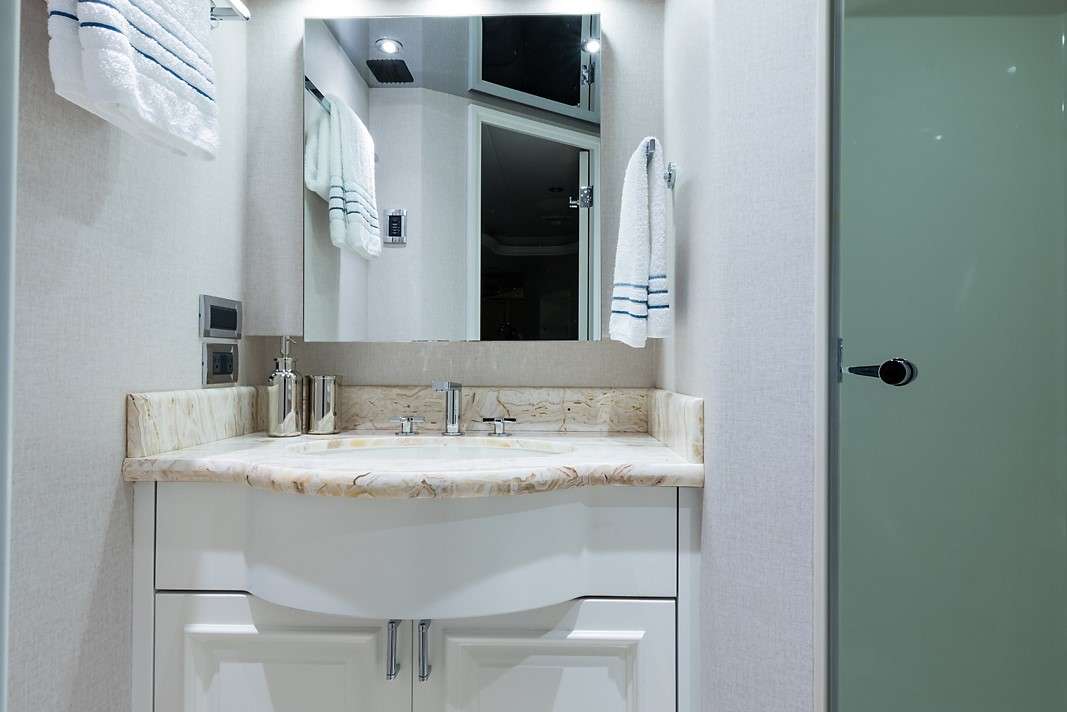 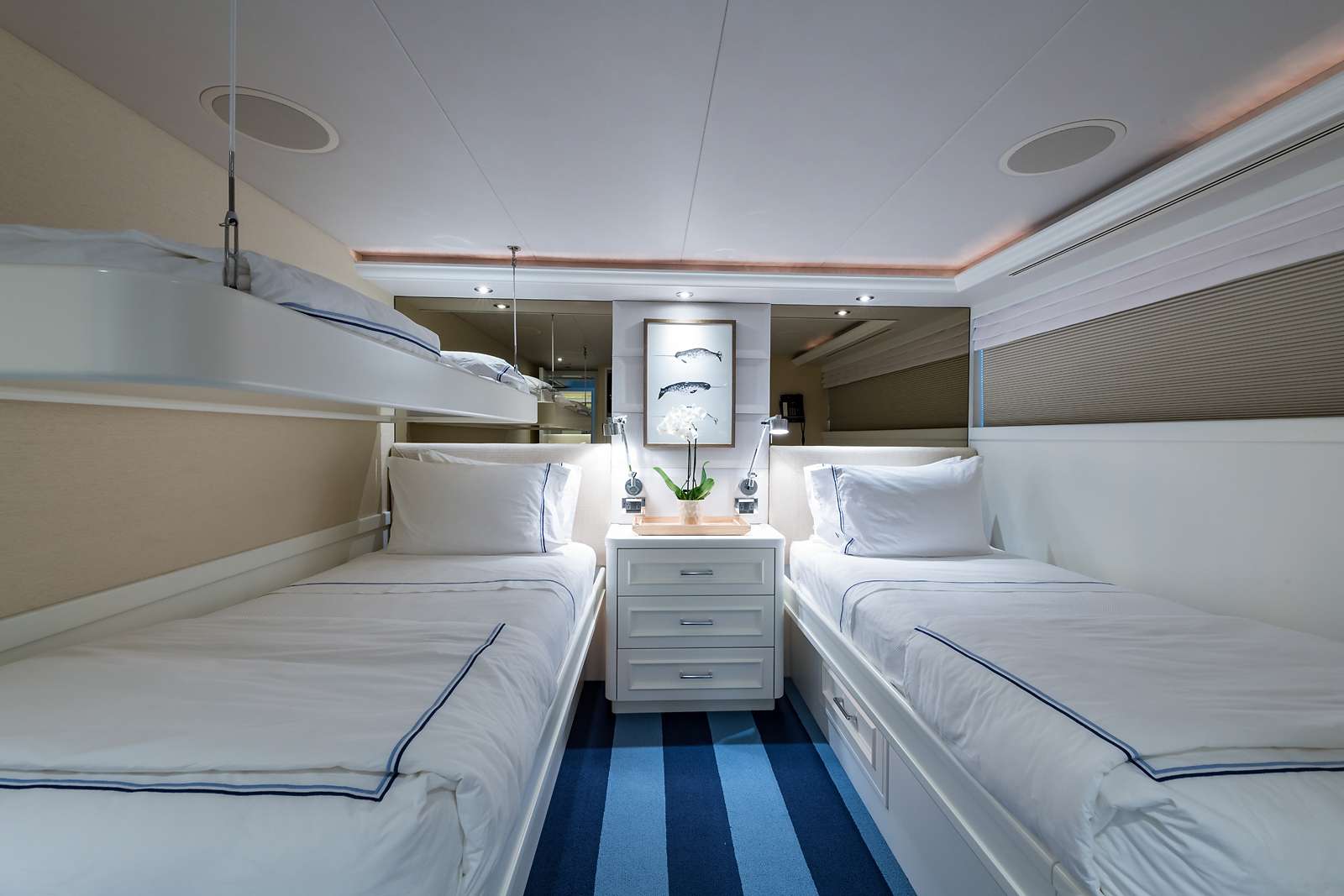 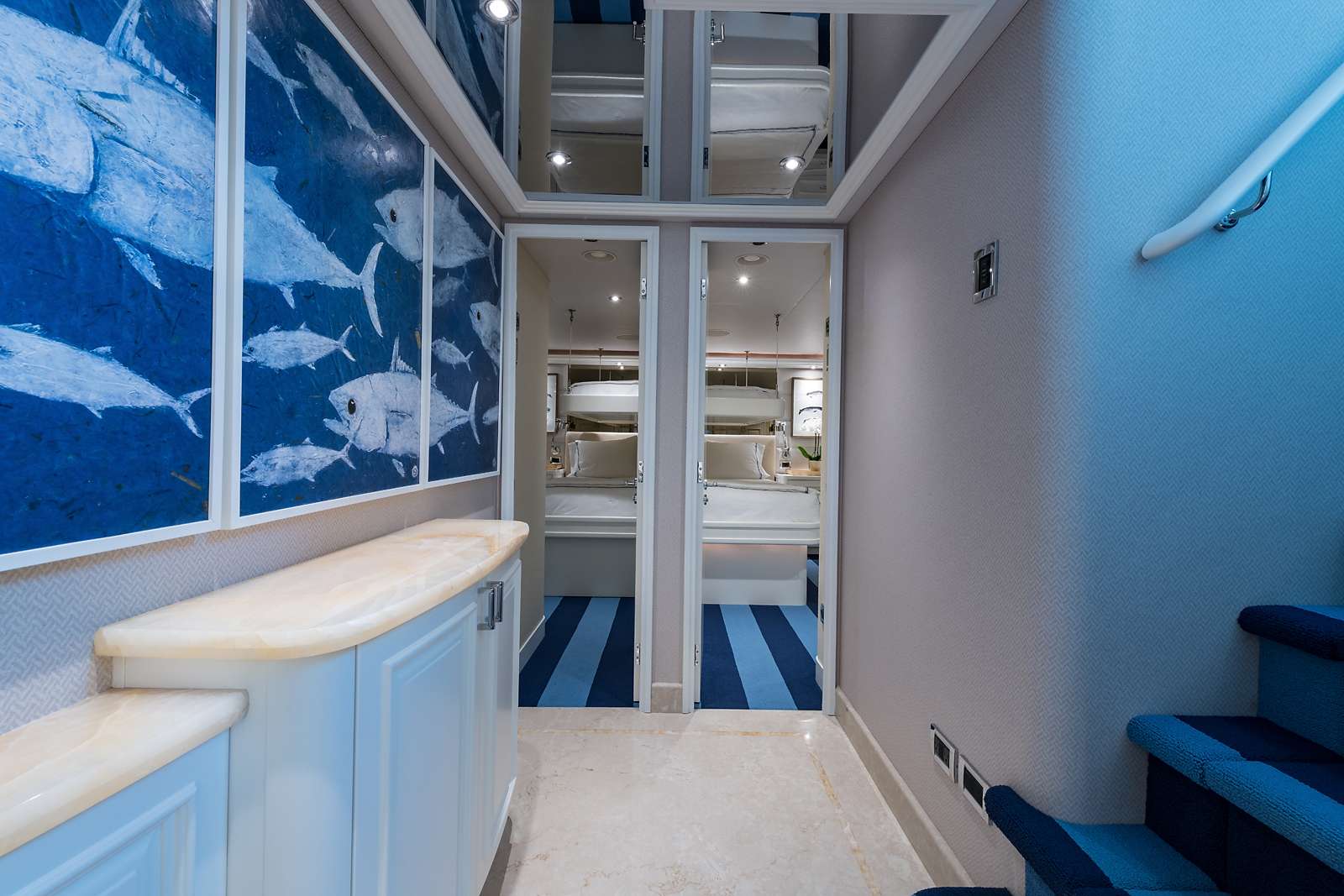 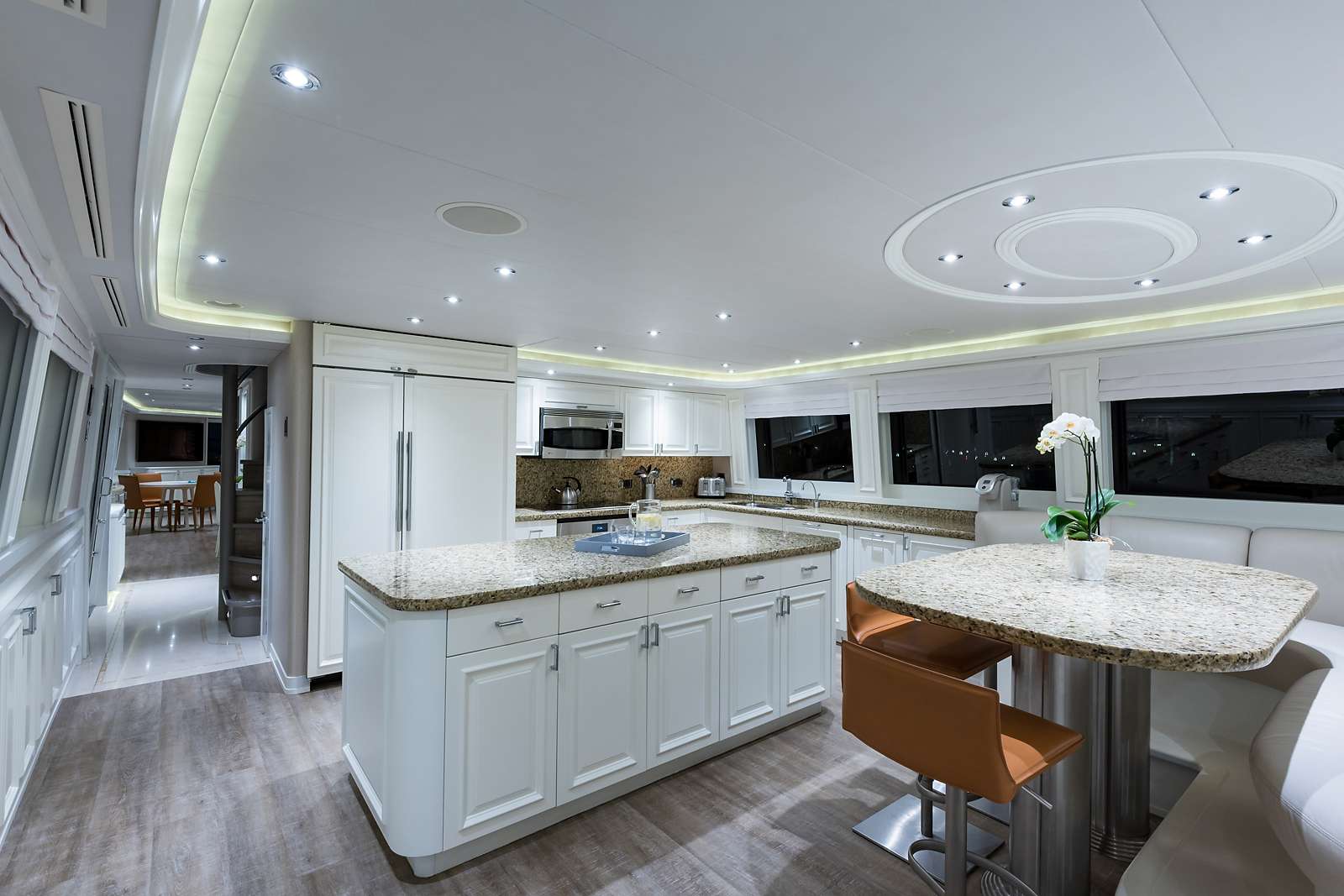 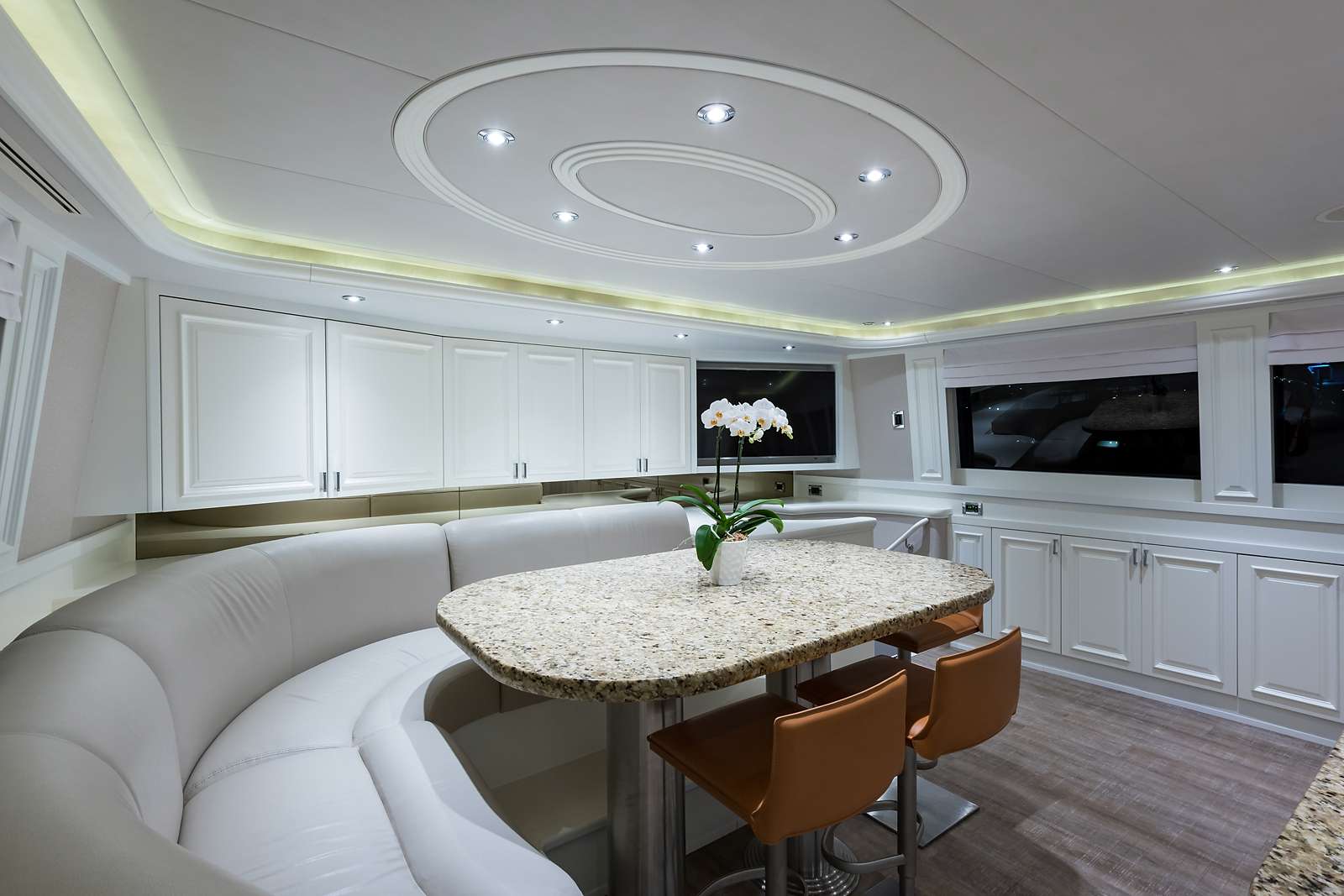 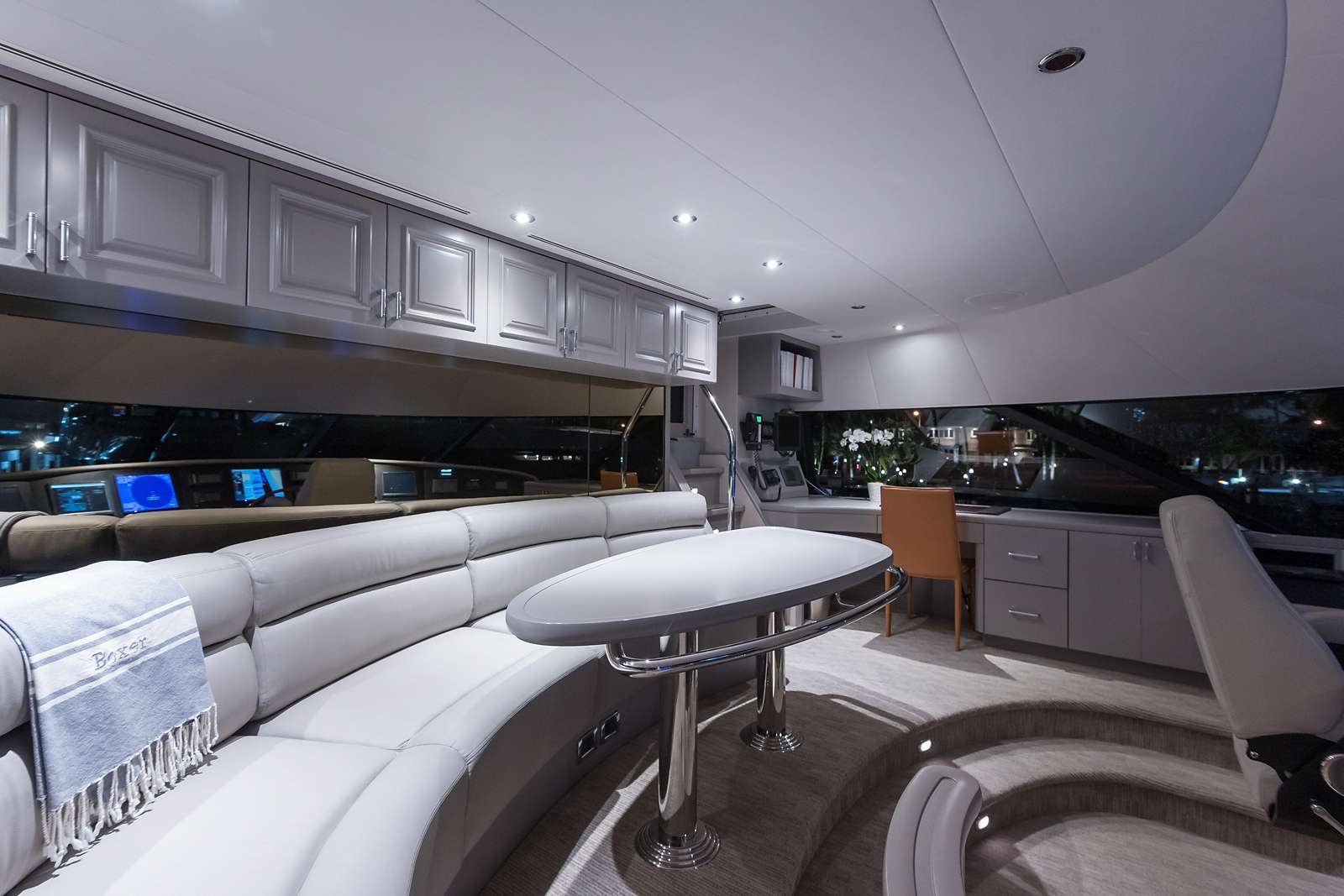 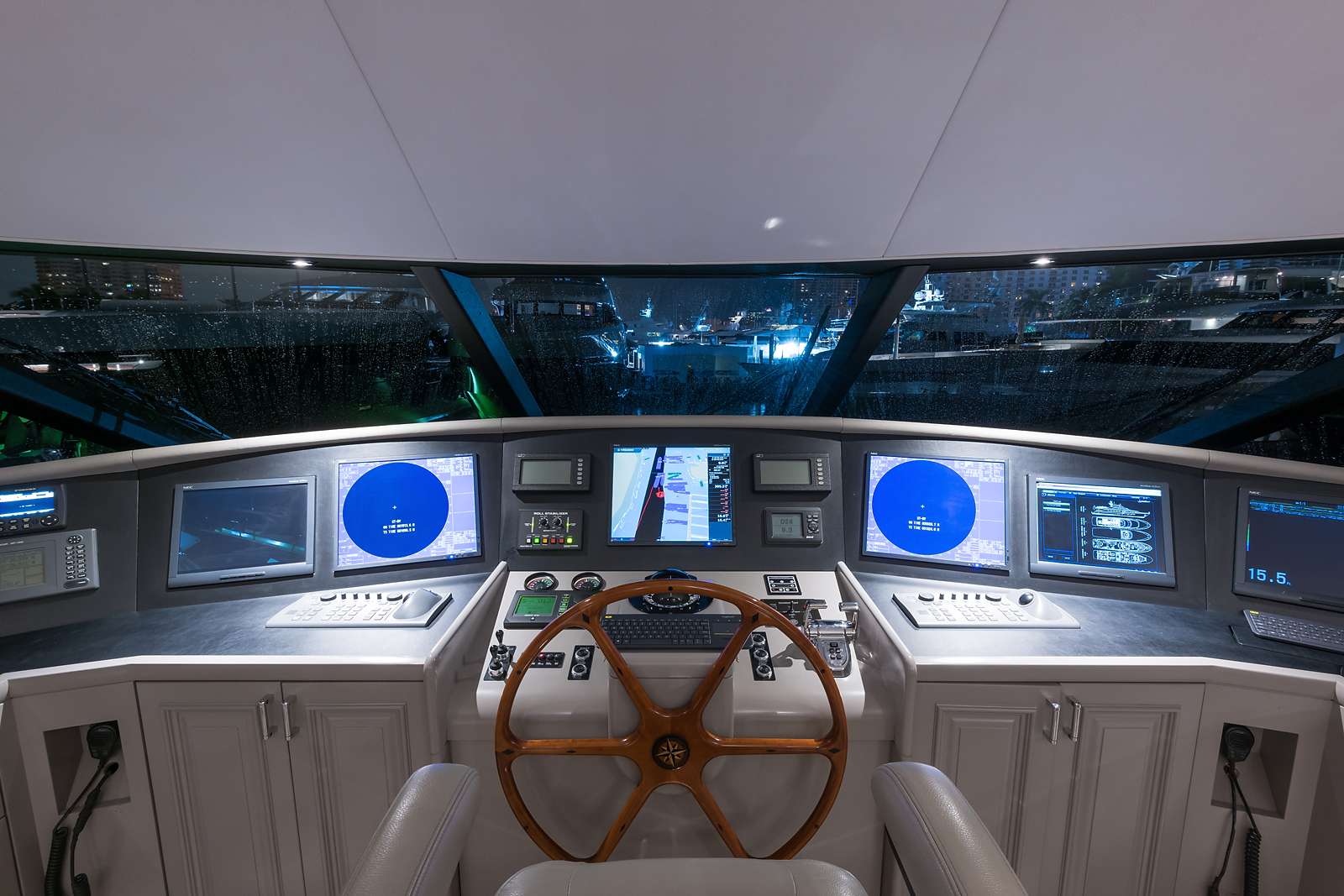 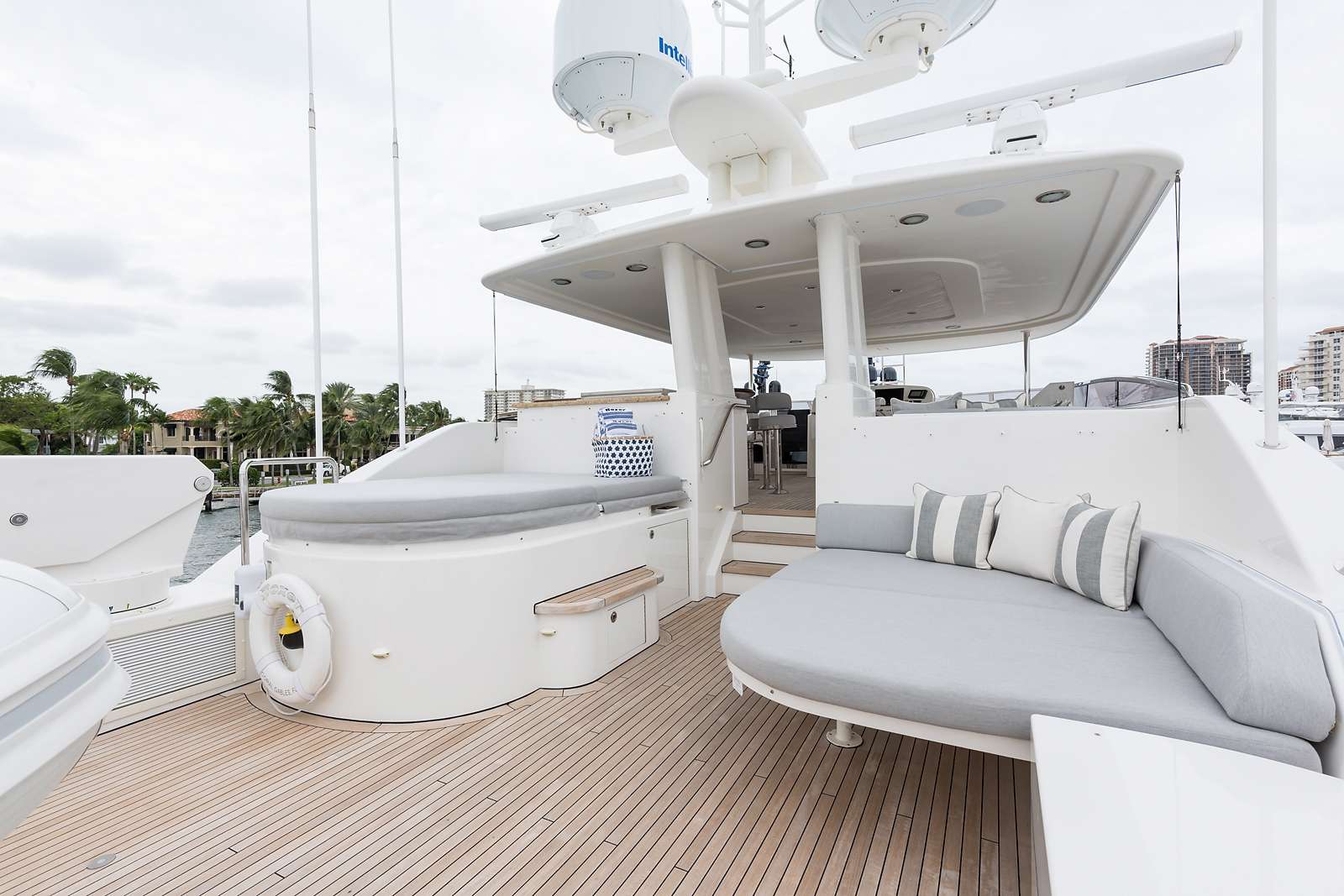 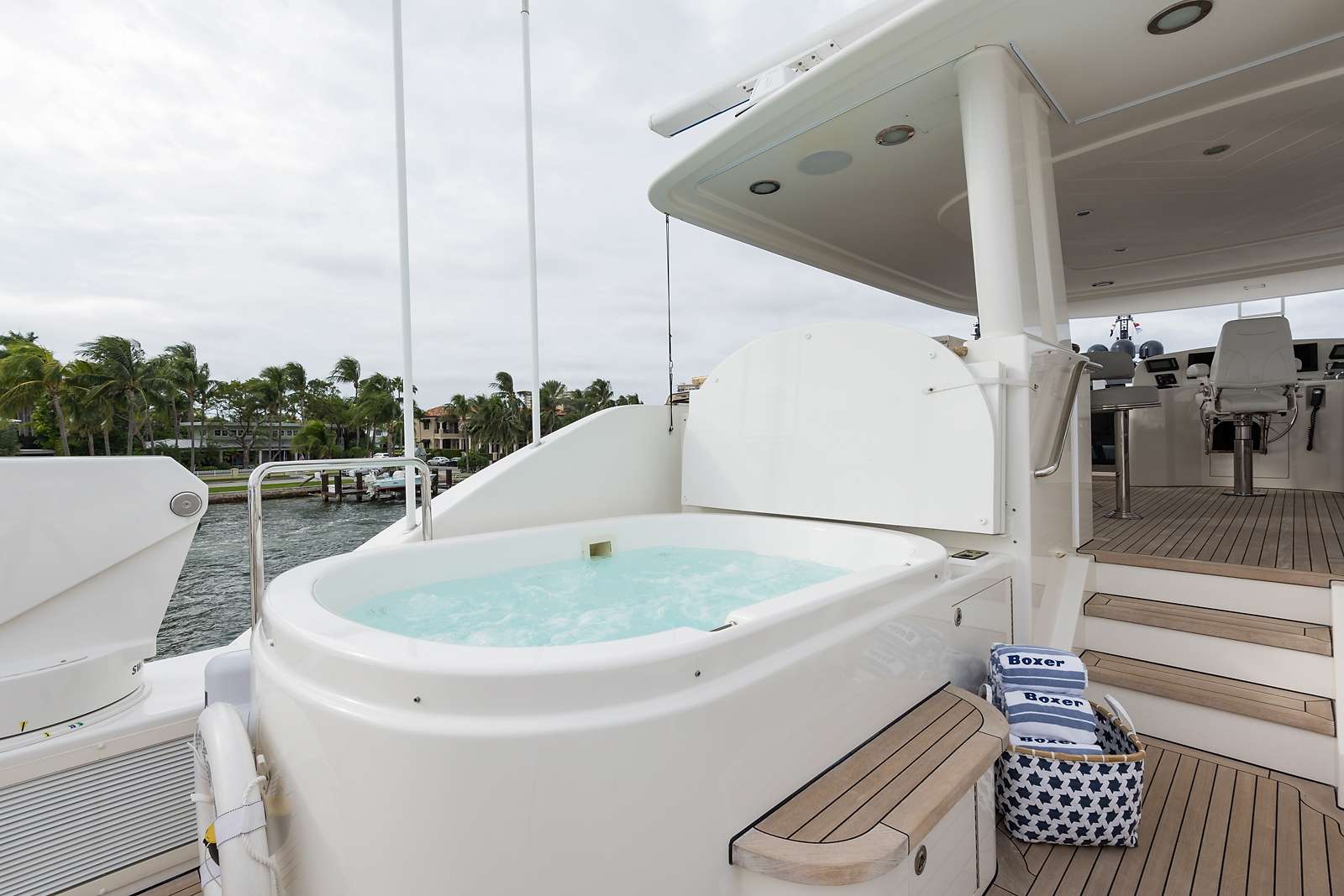 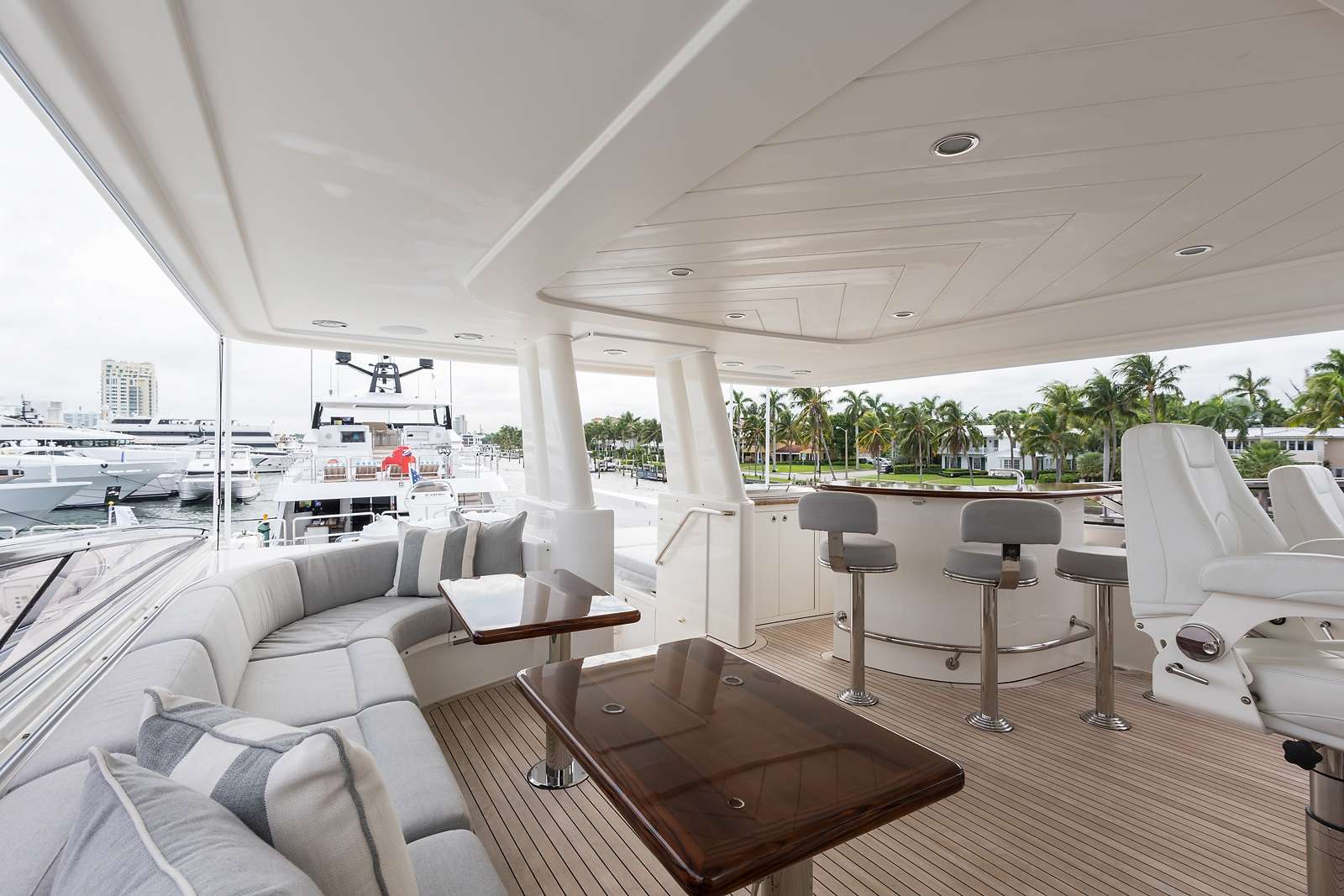 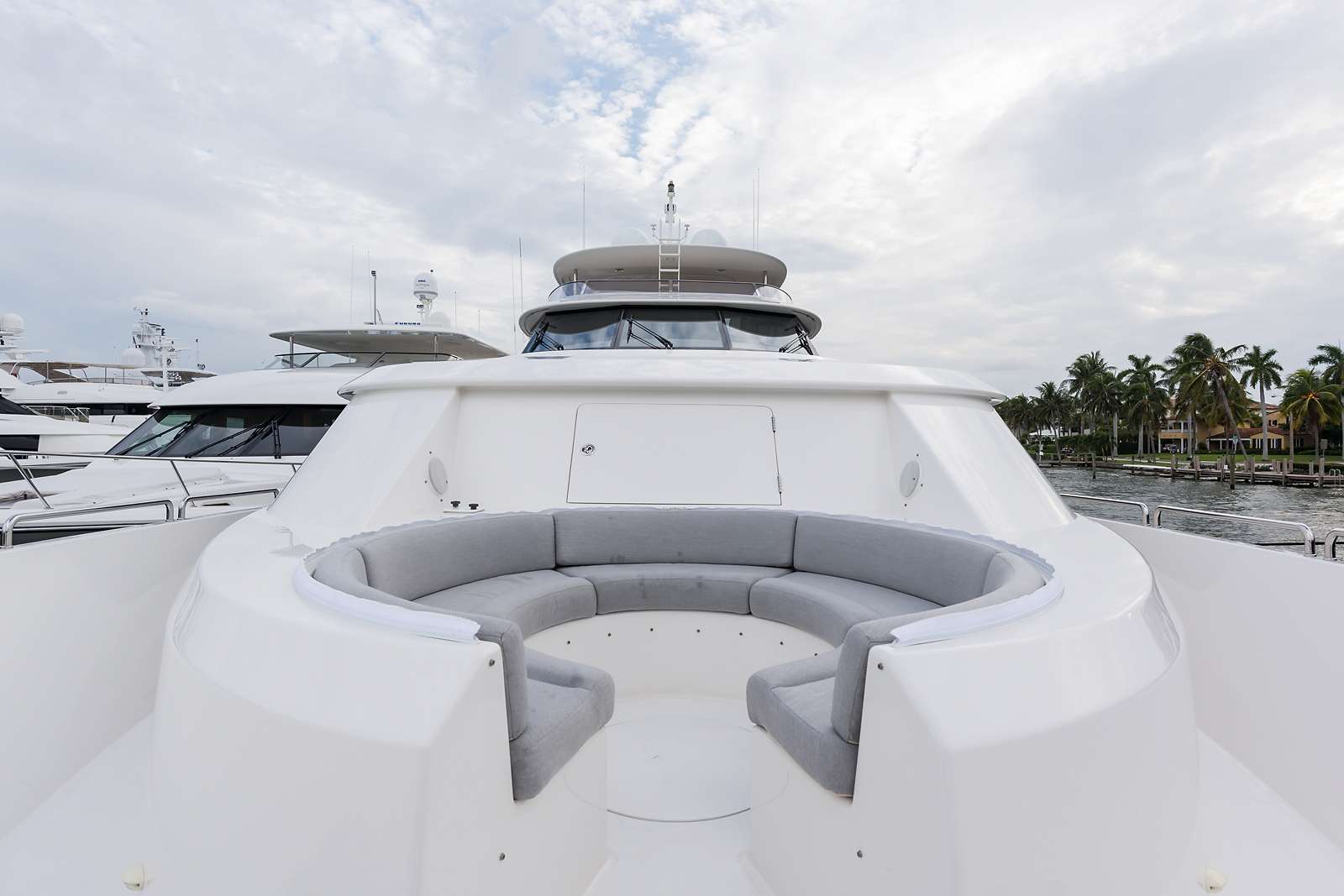 Master located on lower deck with separate his and hers en suite and walk in shower.

BOXER operates with a professional crew of five on charter.

CAPTAIN Michael has been around boats and the water his whole life, growing up near Toronto, Canada. Captain Mike discovered yachting over 20 years ago while sailing around The Bahamas with friends and he has been doing it ever since. He has cruised through many waters from Alaska to Turkey and his favourite place to visit is the Mediterranean.

Previous yachts include M/Y EVVIVA, M/Y PRINCESS MARLA, M/Y KALEEN, M/Y NAMASTE and M/Y EXCELLENCE. He has a particular fondness for Spain because his wife is Spanish and it is where they were married and raised their 2 daughters for several years before returning to the States. When not out on the water Captain Mike enjoys traveling, riding his motorcycle and spending time together with his family.

BOXER is staffed with a total of 5 crew on charter