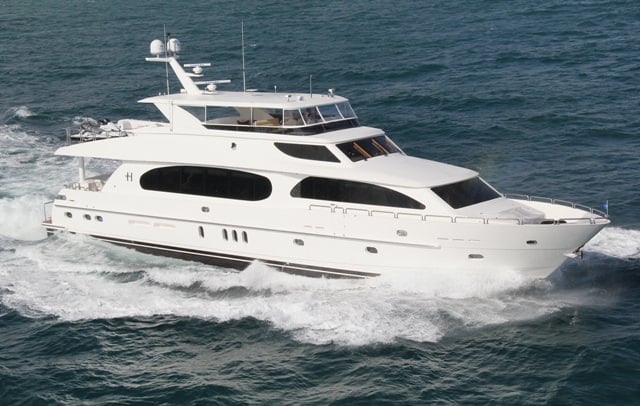 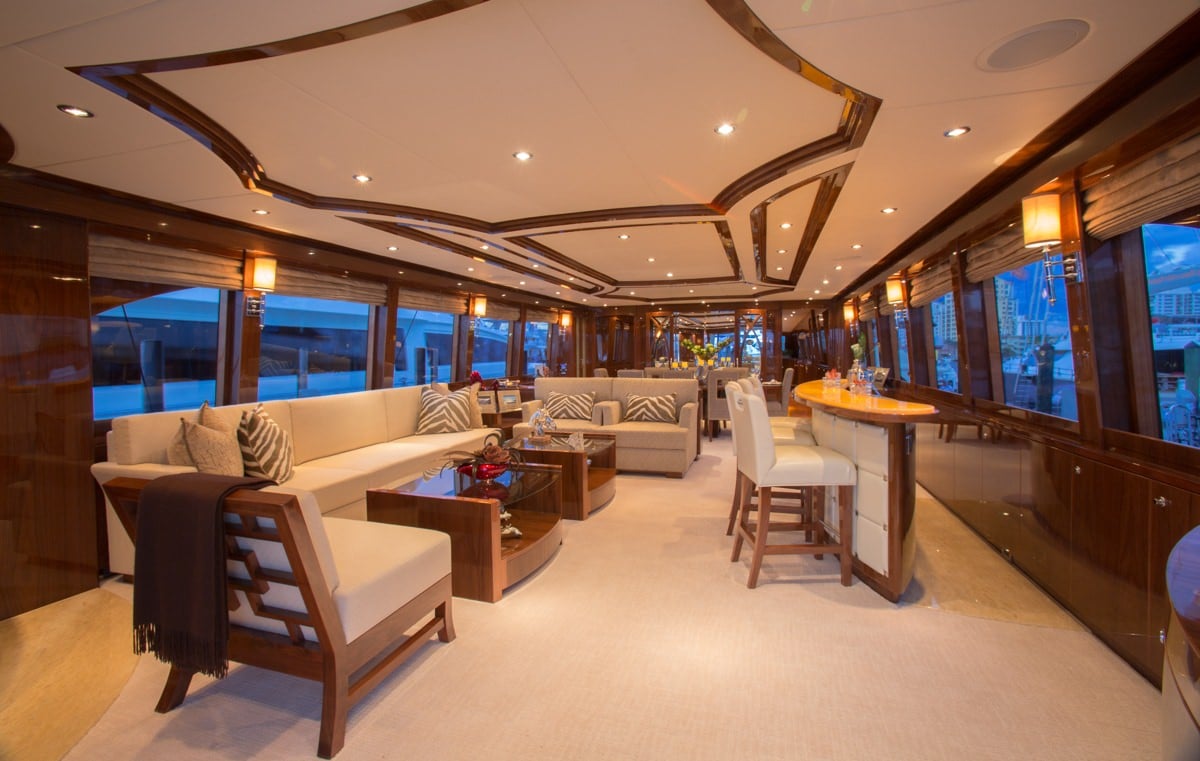 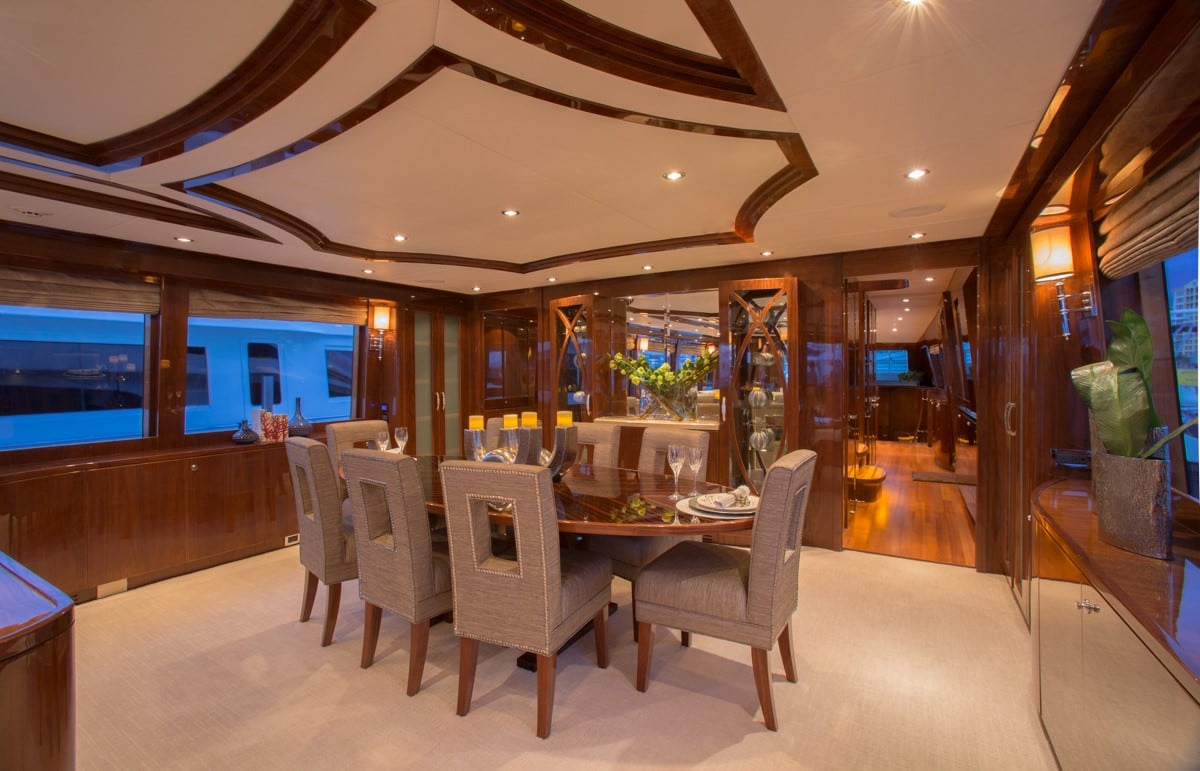 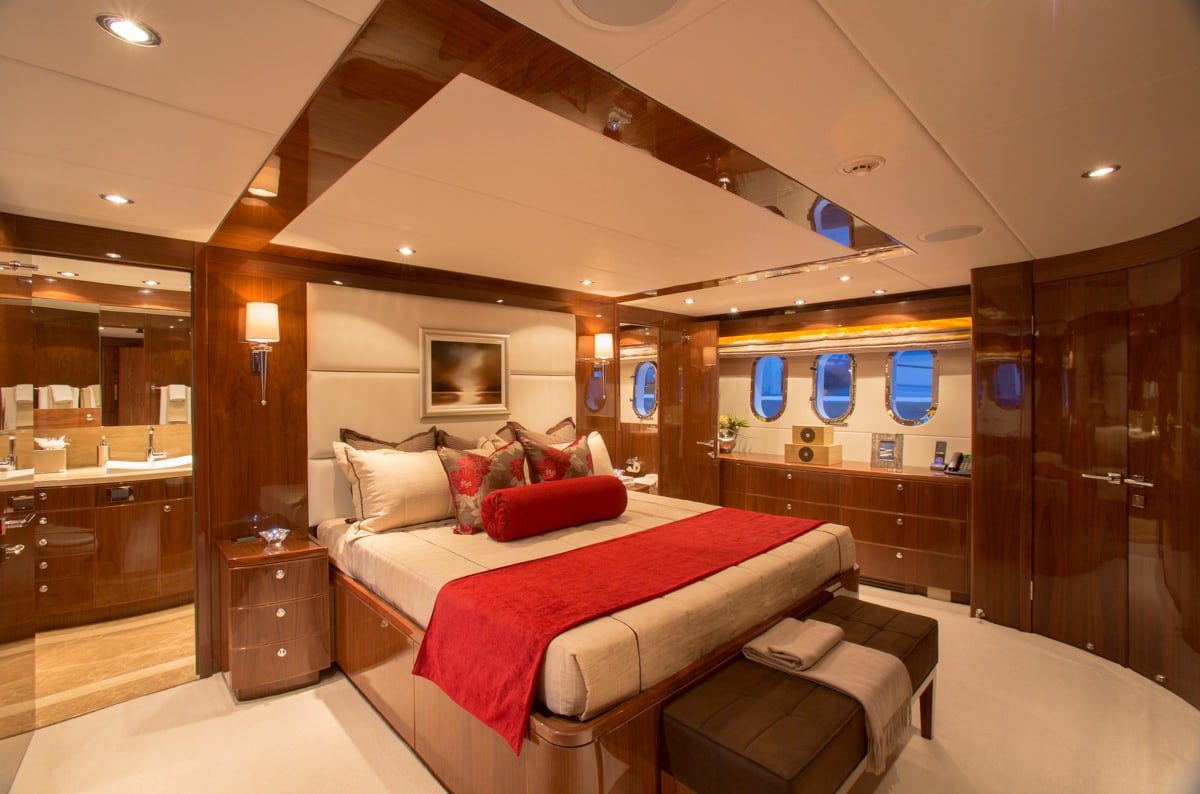 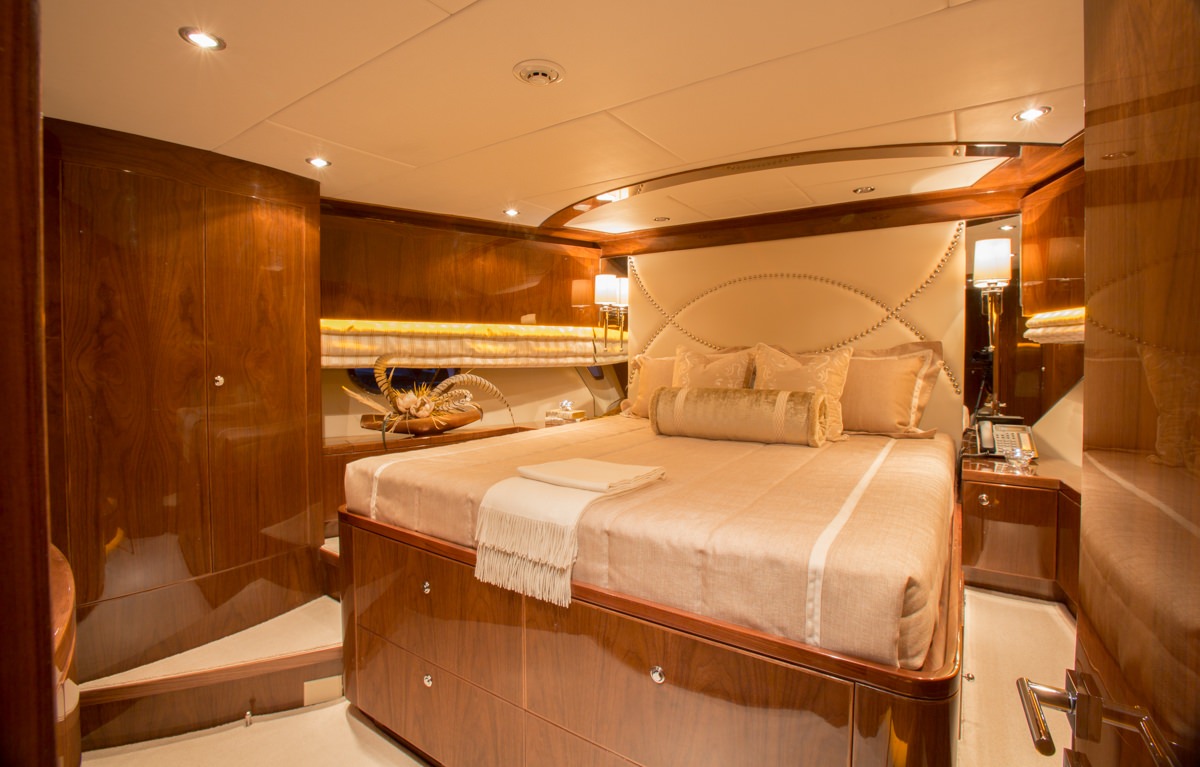 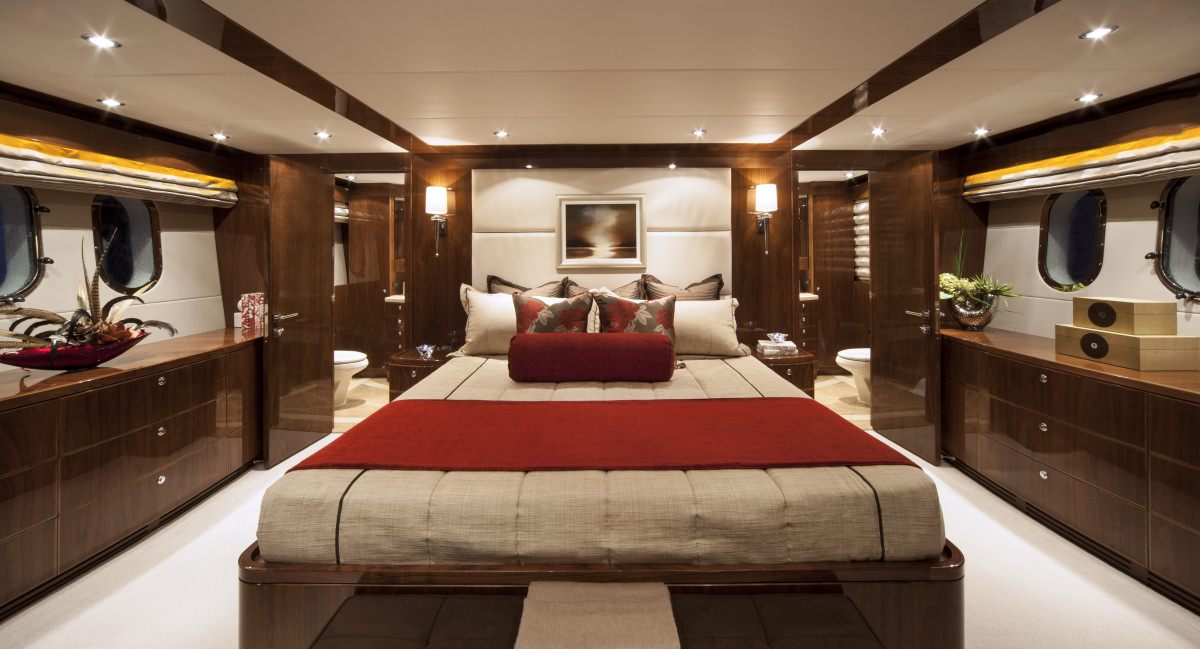 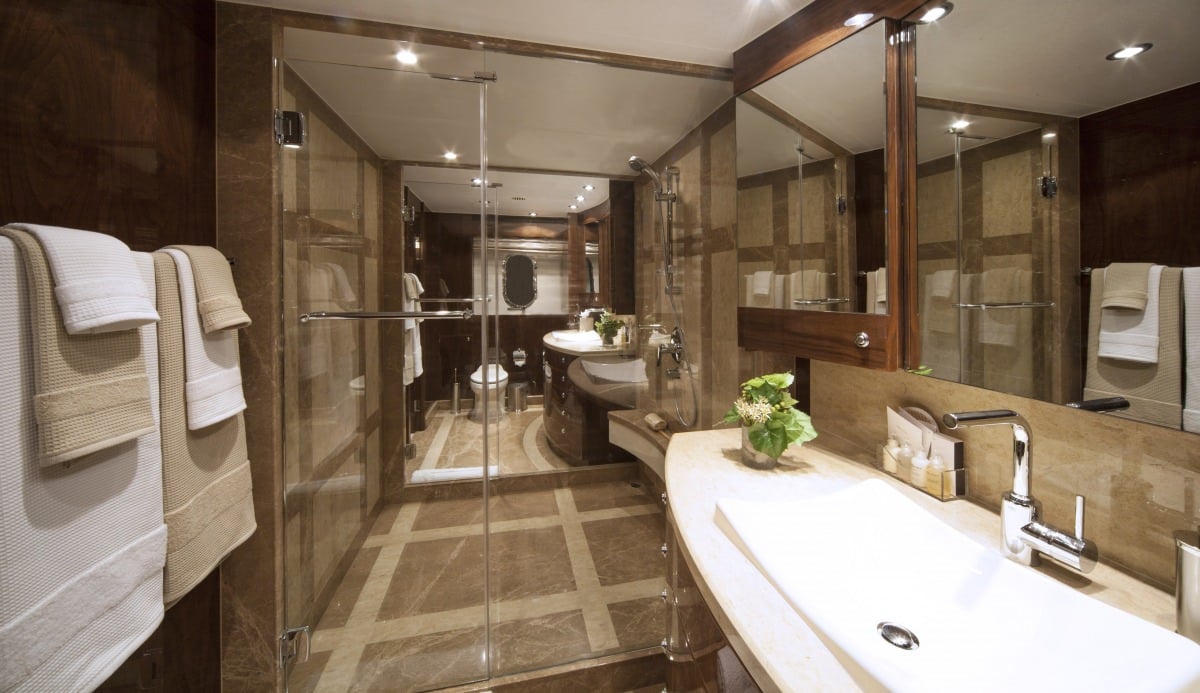 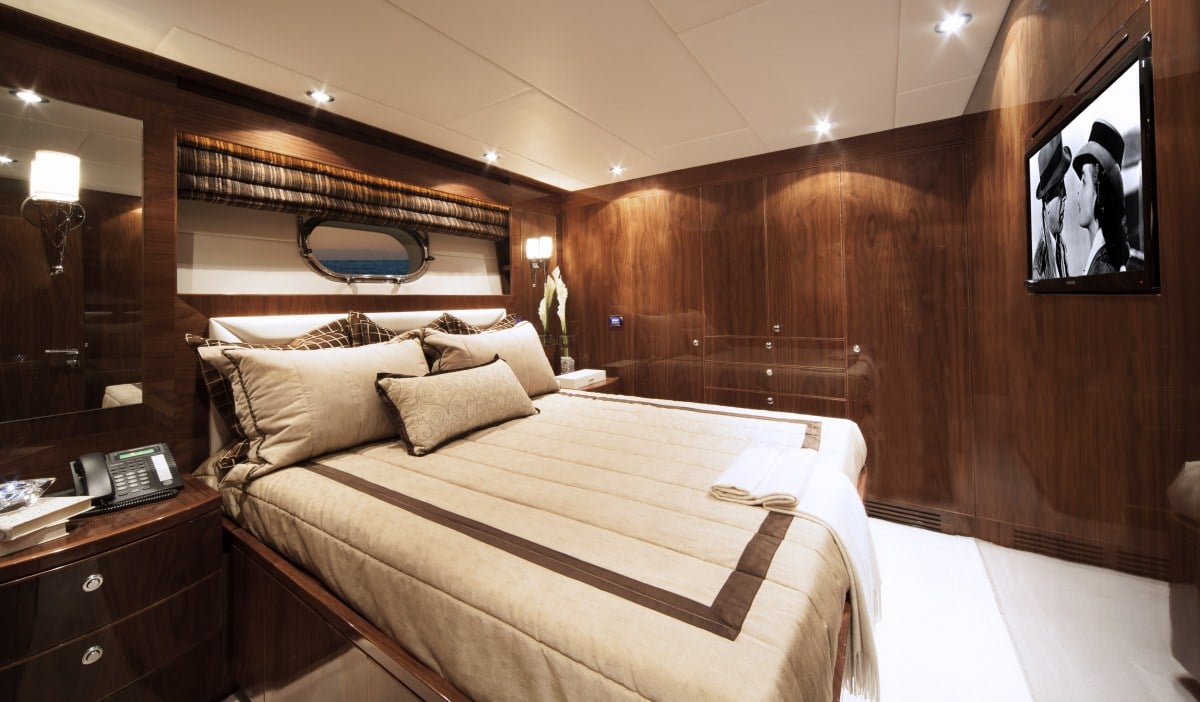 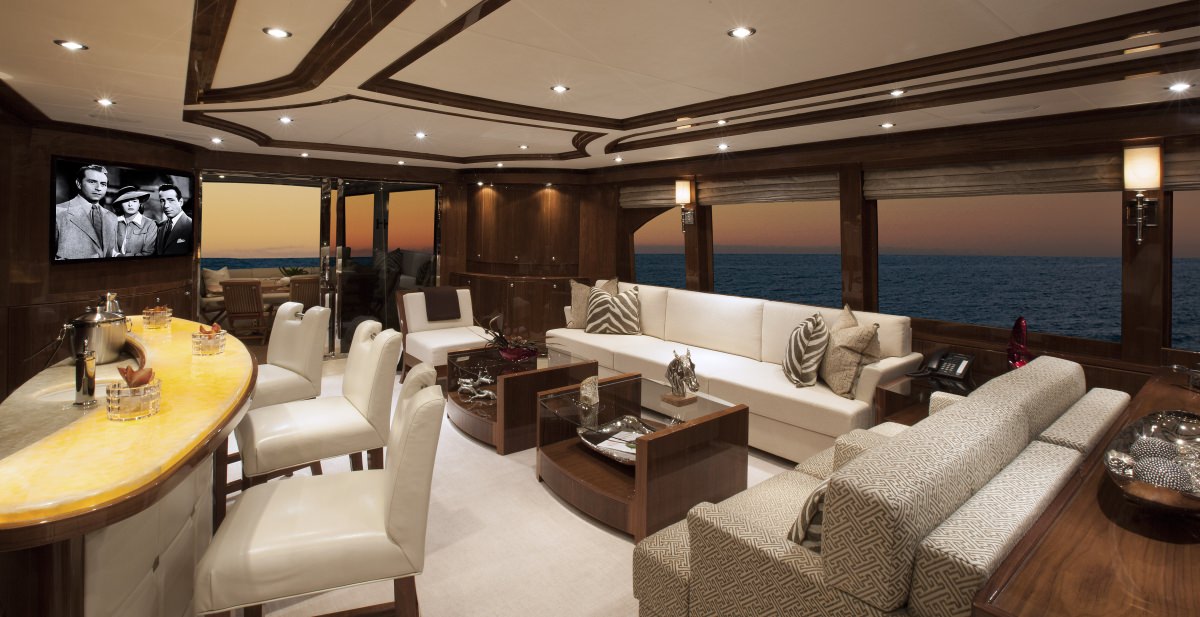 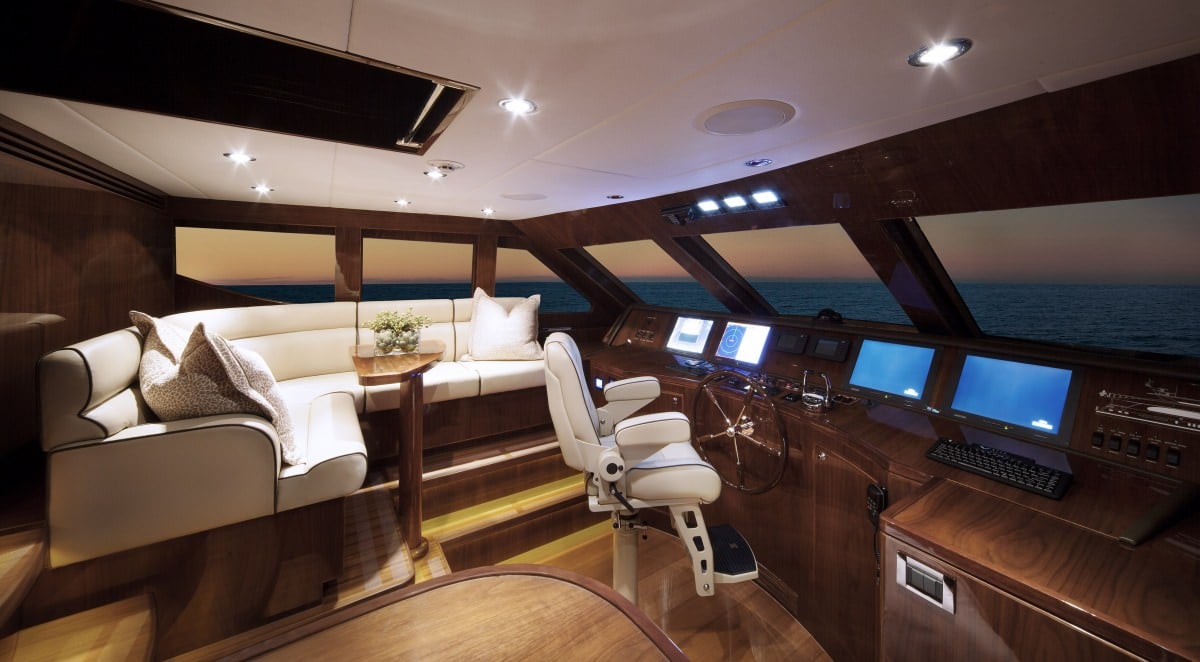 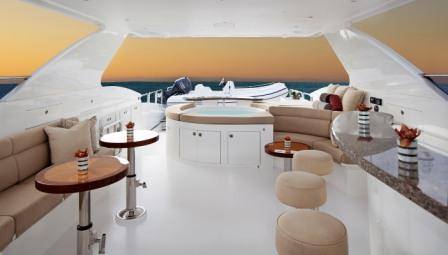 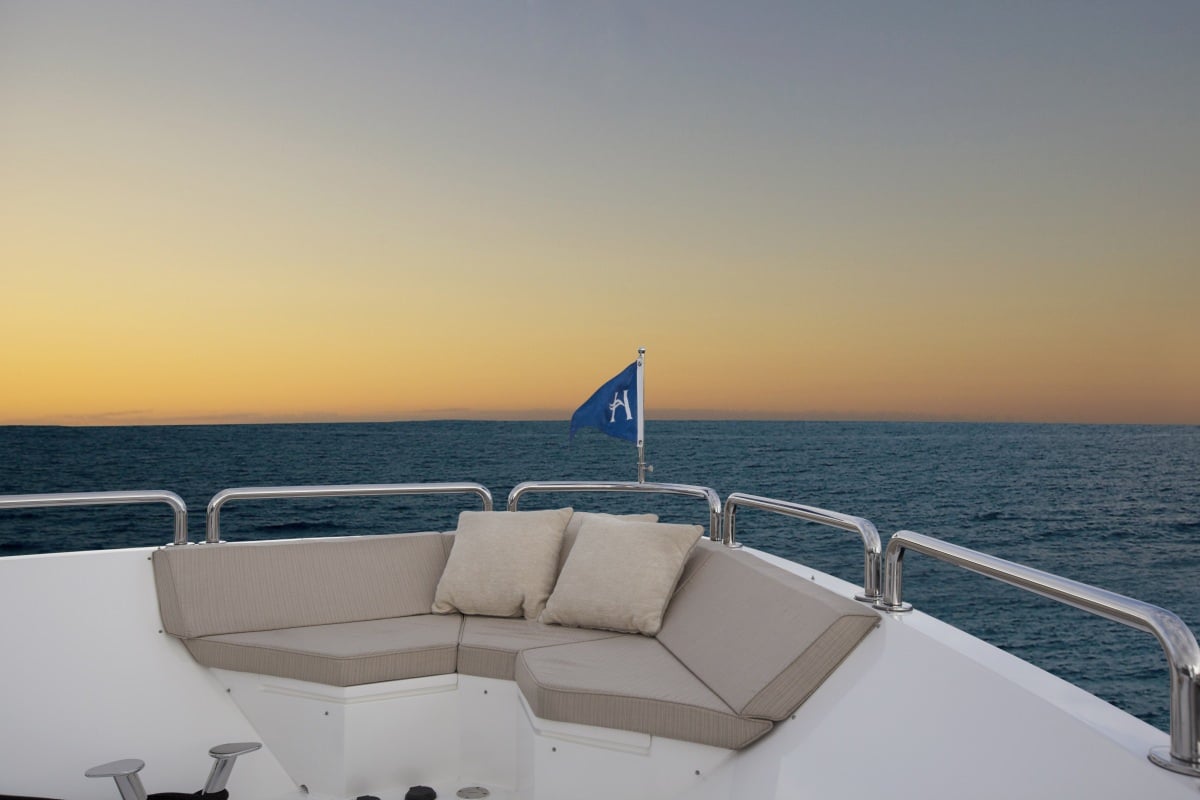 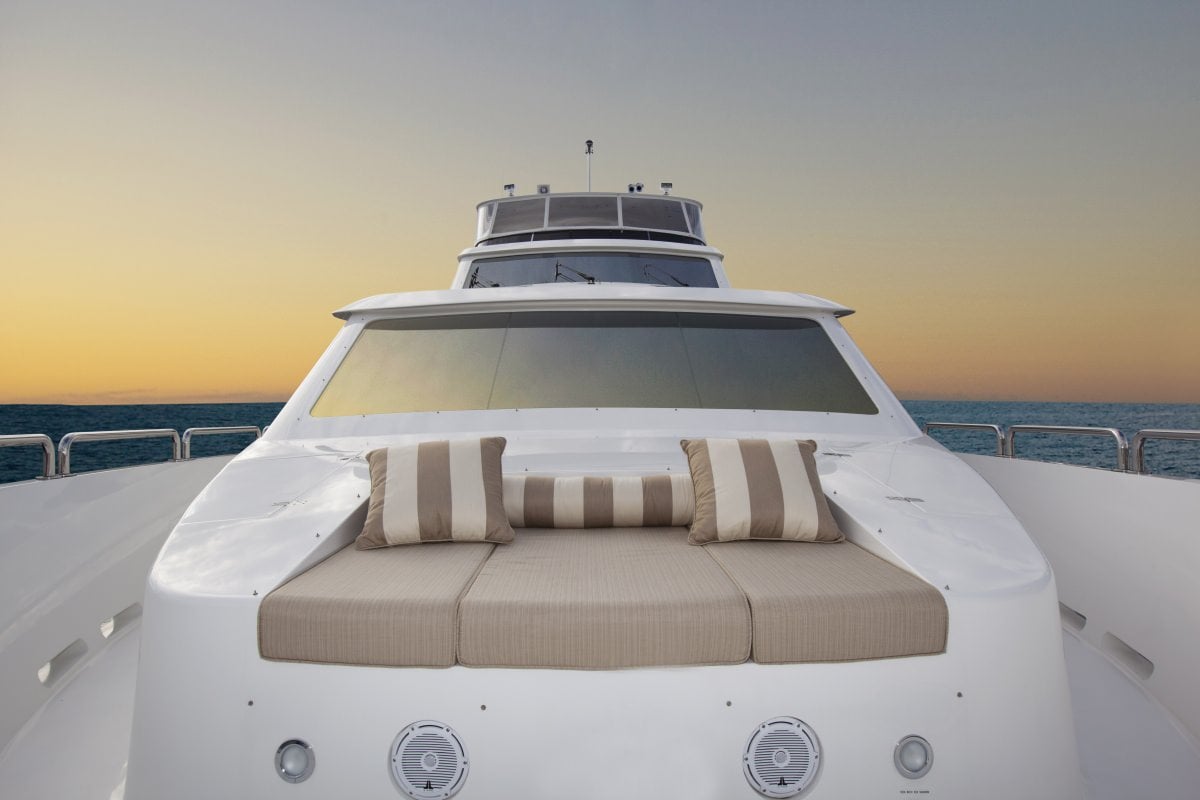 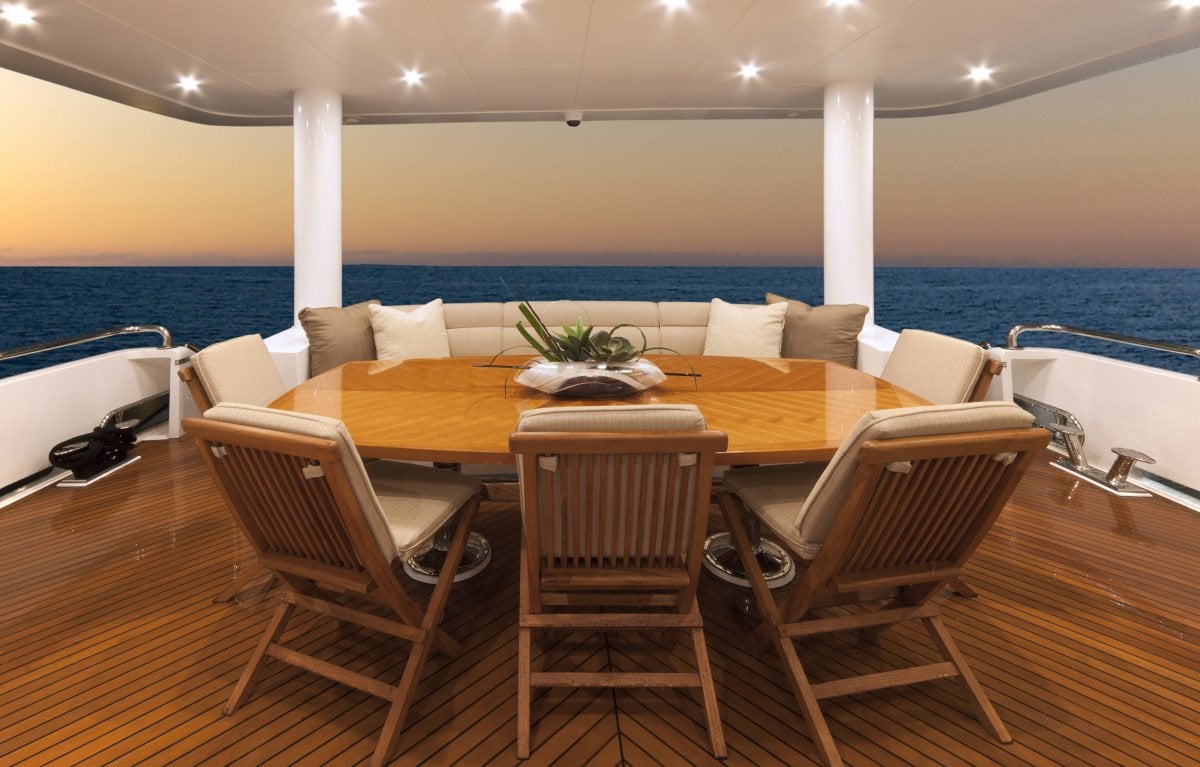 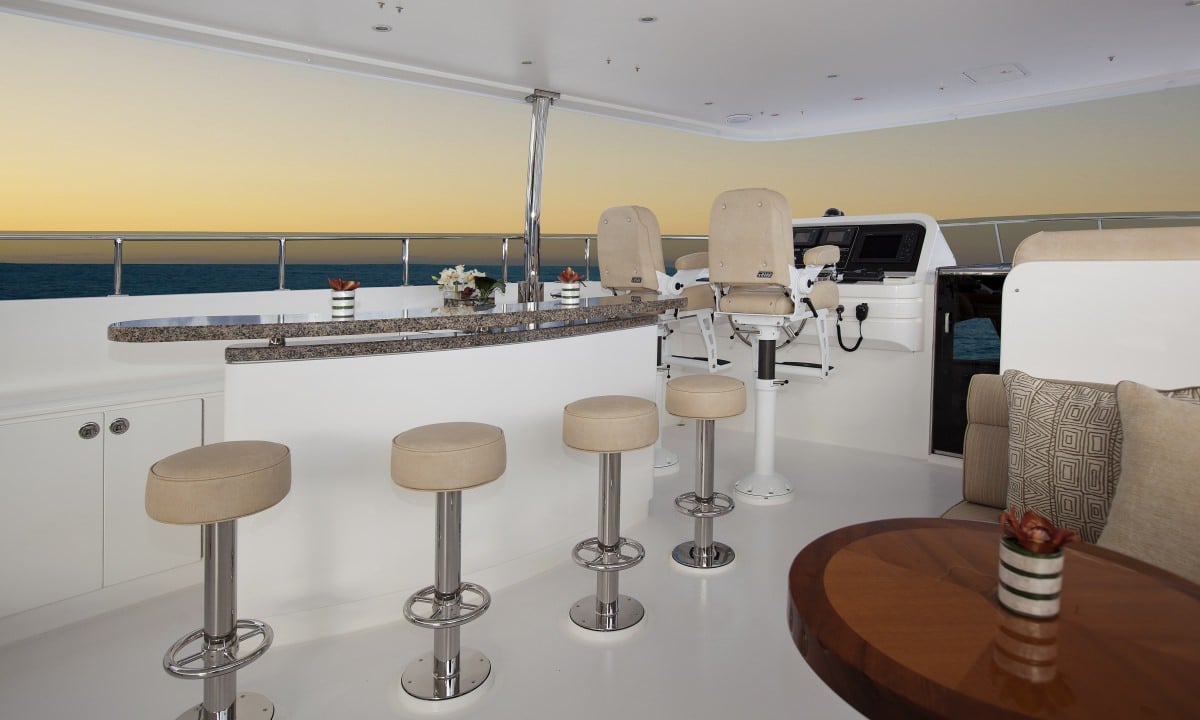 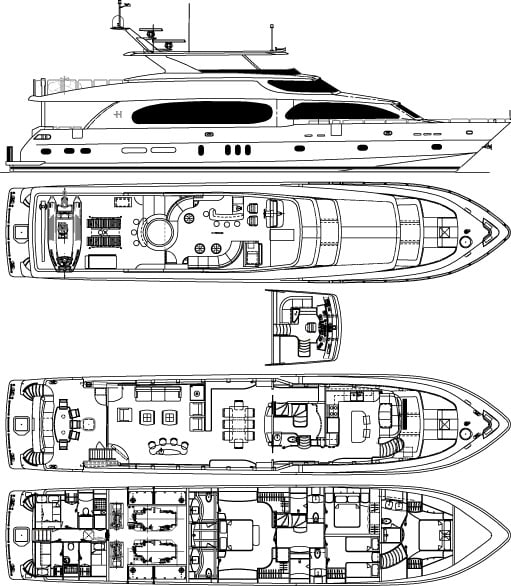 The very private VIP Stateroom is located forward and down a short flight of stairs from the Galley.
Woods: Gloss Walnut with Gloss Elm Burl
King Berth
His and Her Closets
En suite head with his and her sinks
Frameless Glass Shower door 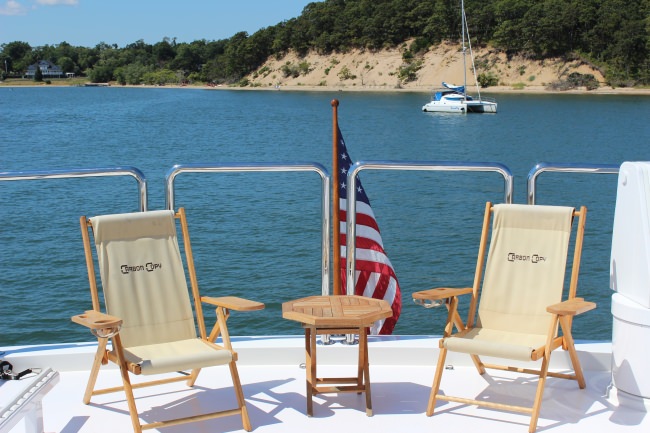 Captain Josh Claassen
Captain Josh grew up in California. His first stint as a professional mariner was aboard a gaff rigged top-sail ketch that sailed up and down the coast. His duties included being a topman, a bowman a coxswain and a maritime educator to both school children and adults. After his adventures before the mast he moved to Florida and has been working aboard private and charter yachts for the past 17 years. In his maritime career he has earned his Coast Guard Captains Ticket and has travelled to many beautiful places. He has had the pleasure of working on many amazing vessels and meeting many truly great people. He looks forward in welcoming you aboard Motor Yacht Carbon Copy for an enjoyable and memorable time!

Michael Knab – Mate
Hailing from Long Island’s east end, Michael Knab brings us his life experience of growing up on the water. As a child he was raised sailing, snorkeling, and fishing, in his home town of Sag Harbor. As a youth Michael was trained to be an ocean lifeguard in the summers while also participating in his high school swimming and sailing teams in the during school seasons. He continued to nurture his passion for the water, eventually working for local surf and fishing camps and yacht clubs. He is excited to share his love for the water and explore new locations with guests.

Mel Cortez – Stewardess
Having spent childhood summers on the beaches of Southern California, Mel’s love for the ocean has recently driven her career choices. Four years ago, she moved to land locked Vermont to work as a nanny. Although she enjoyed her life in Vermont, she yearned to be back on the water. Before moving to Florida, Mel worked as a deckhand for a small ship cruising company on the Mississippi River. She enjoys making people smile, dancing, and traveling.

Chef Bryan Matthews
Chef Bryan grew up in Hackettstown, New Jersey and started his yachting career after spending four years in the United States Navy. Working his way from Deckhand to Mate he eventually realized his goal of becoming a Captain and now holds a 200ton US Coast Guard license. His lifelong passion for cooking was cultivated further by watching and assisting, where he could, the many yacht Chefs he has worked with. His career in the Culinary Arts was fostered at the Art Institute of Fort Lauderdale in their Bachelors program. Chef Bryan began working as a line cook at L’Hermitage and The Chefs Palate. Moving up the kitchen ranks it was a natural transition to cook on private yachts where his passions for cooking and life at sea could unite. Bryan has cooked on yachts on the Eastern Seaboard, the Caribbean, Mexico and Alaska. His passion for what he does shows in his dishes and meals served to guests.