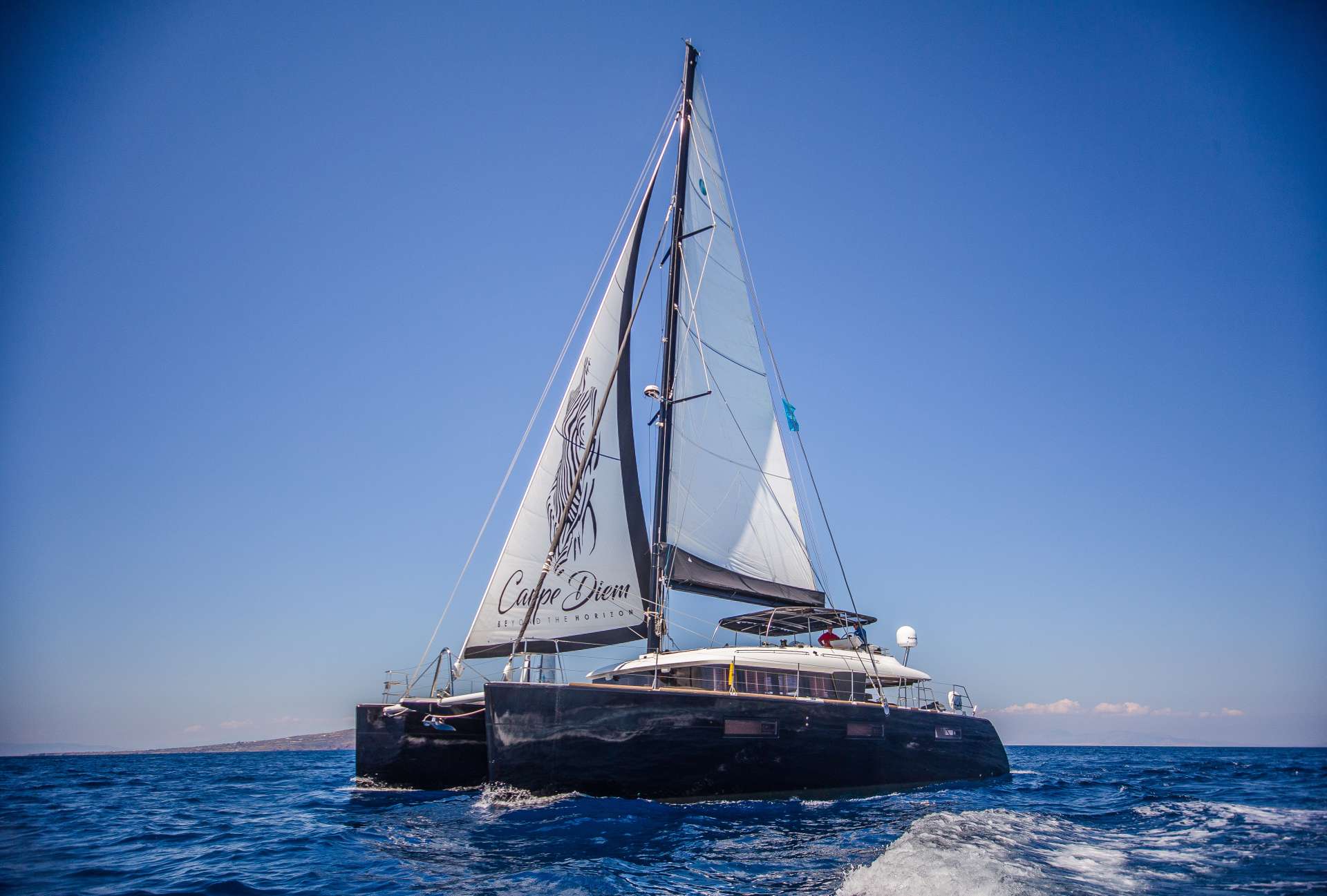 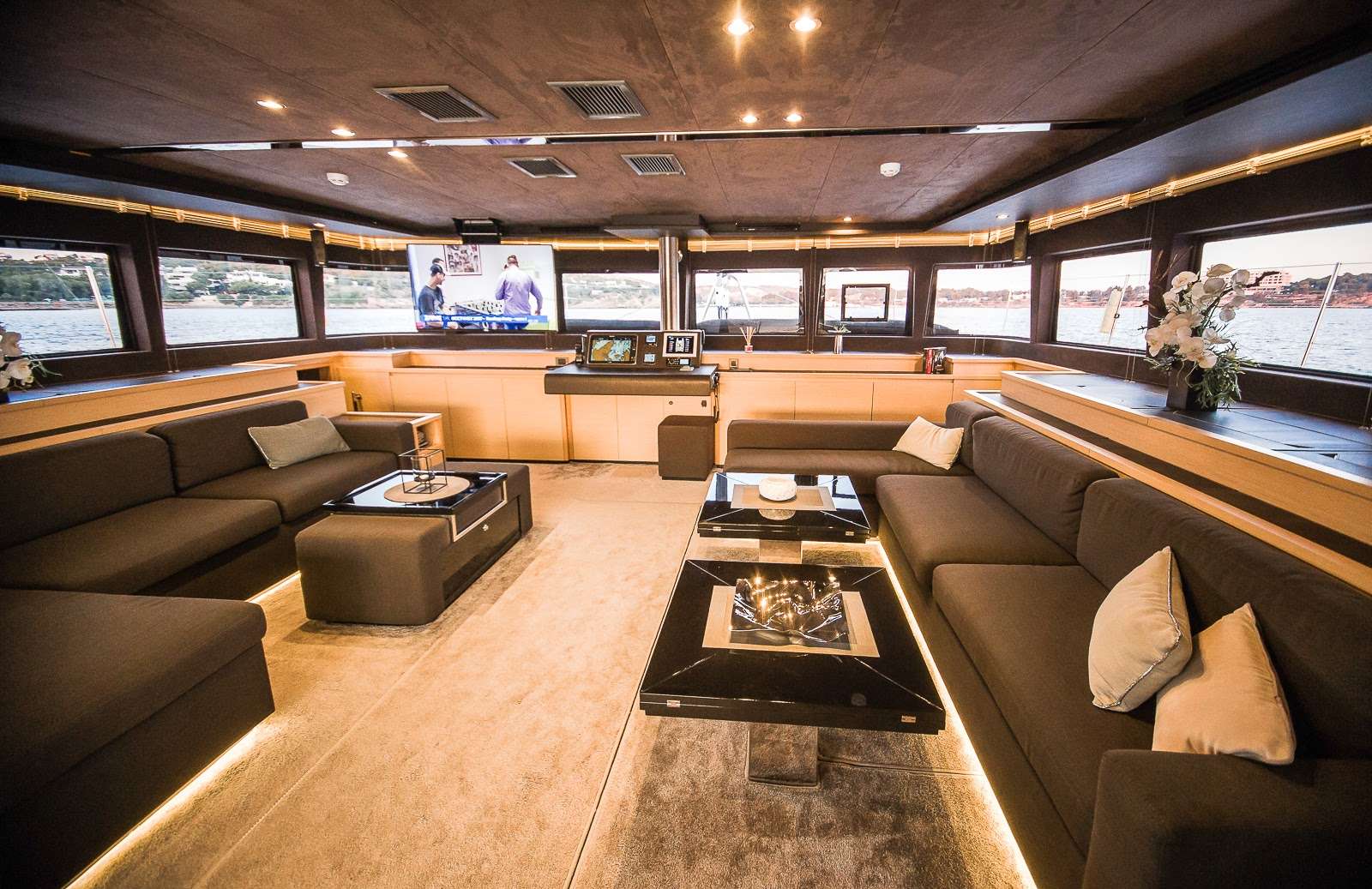 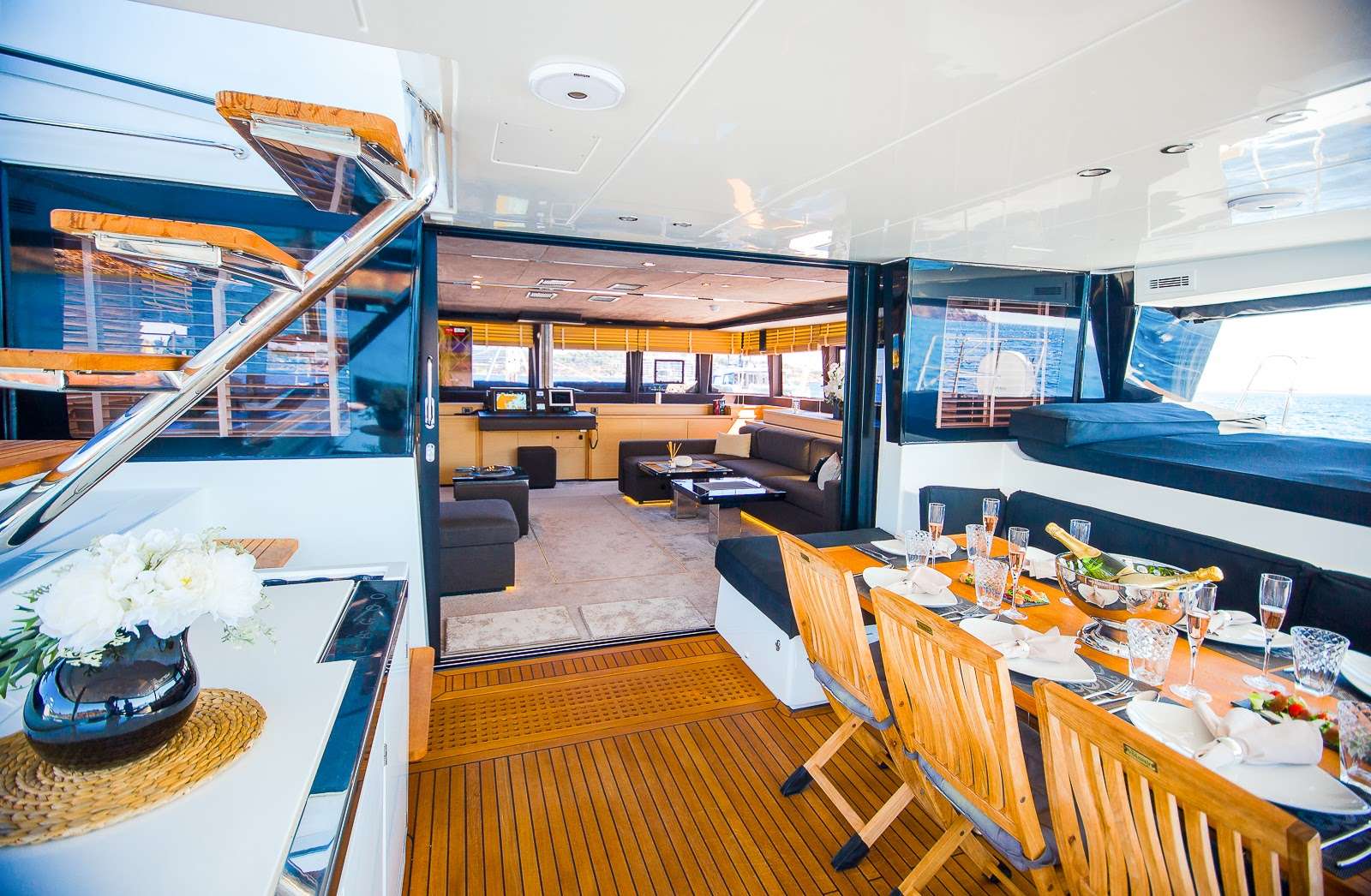 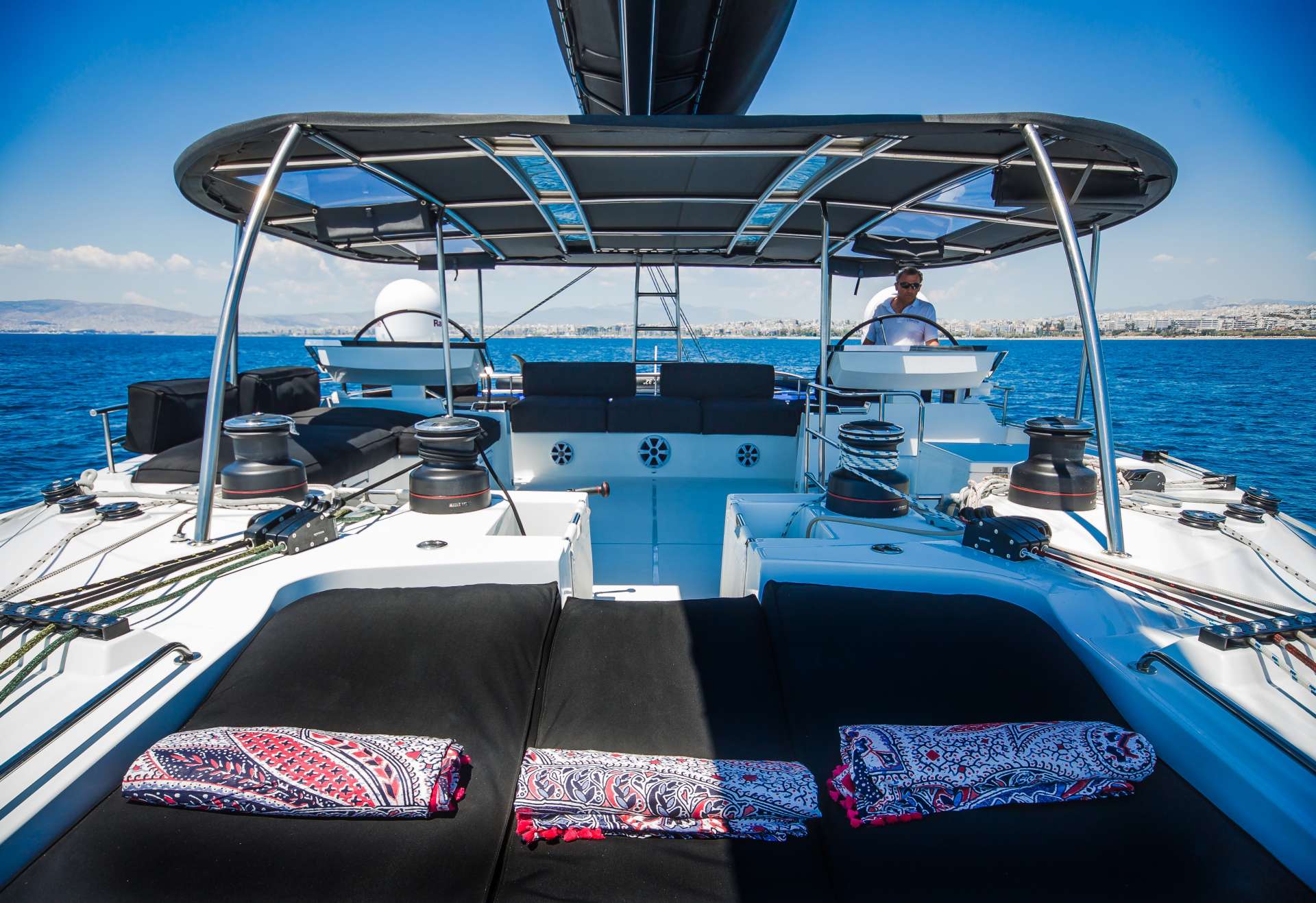 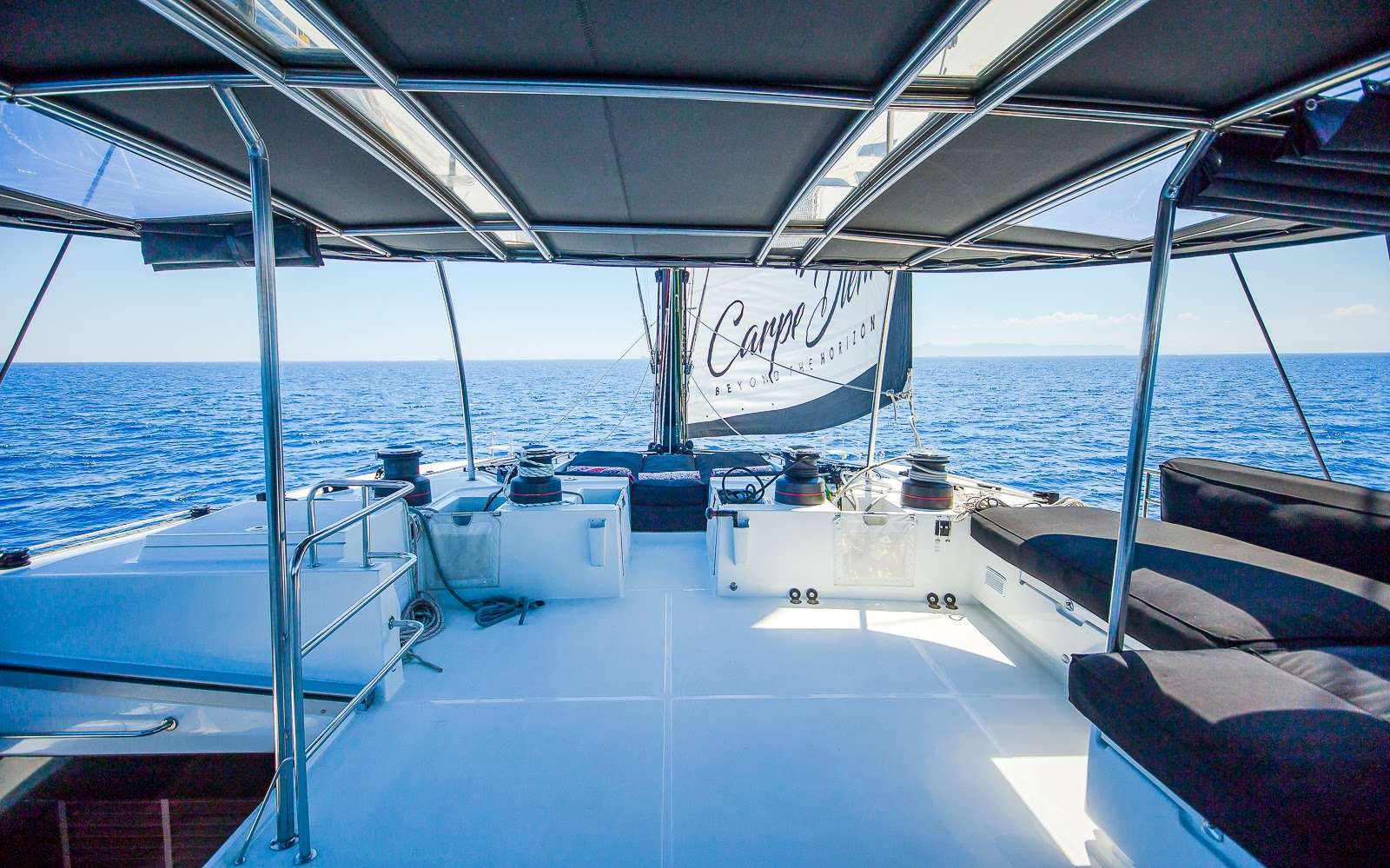 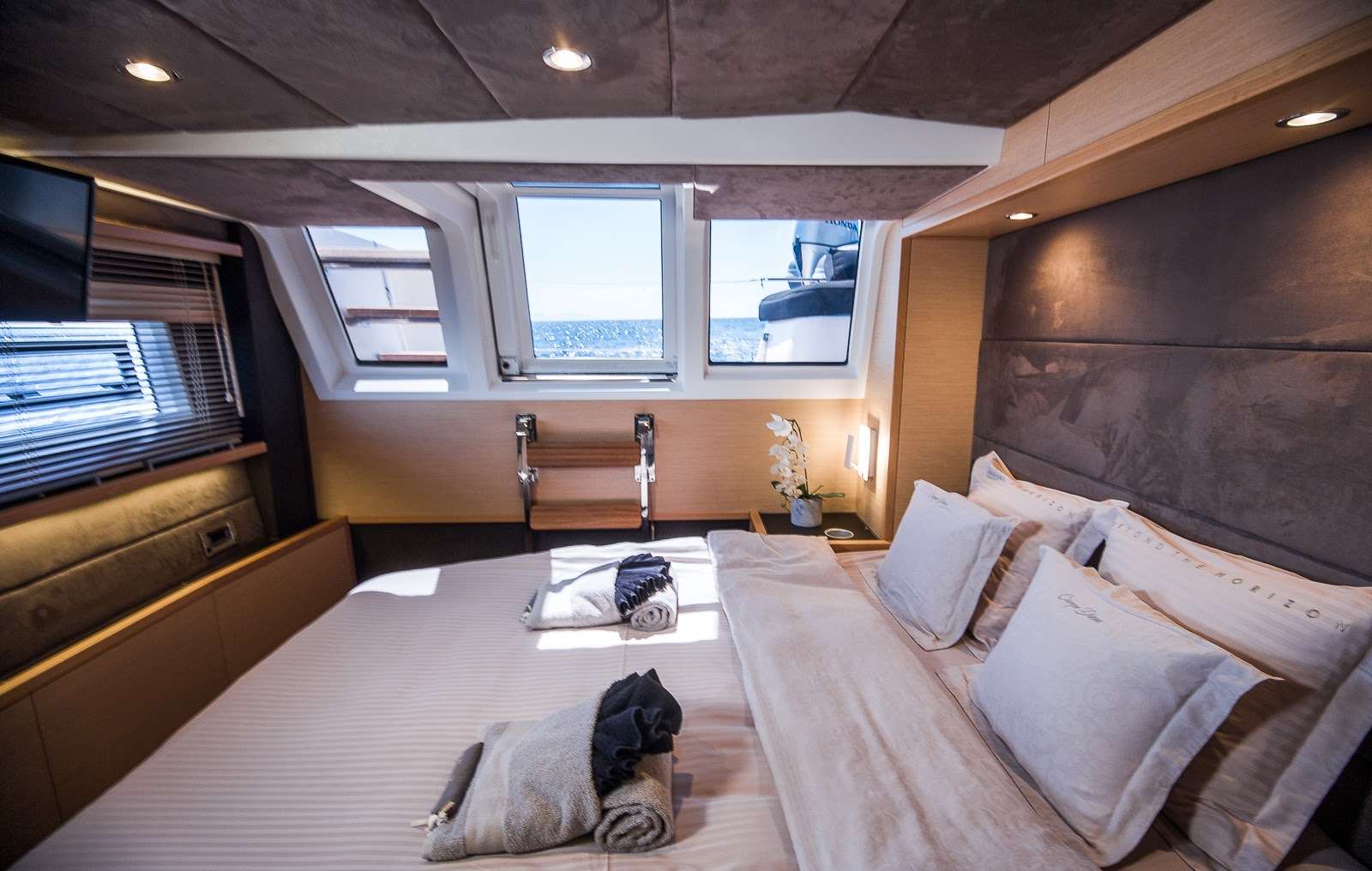 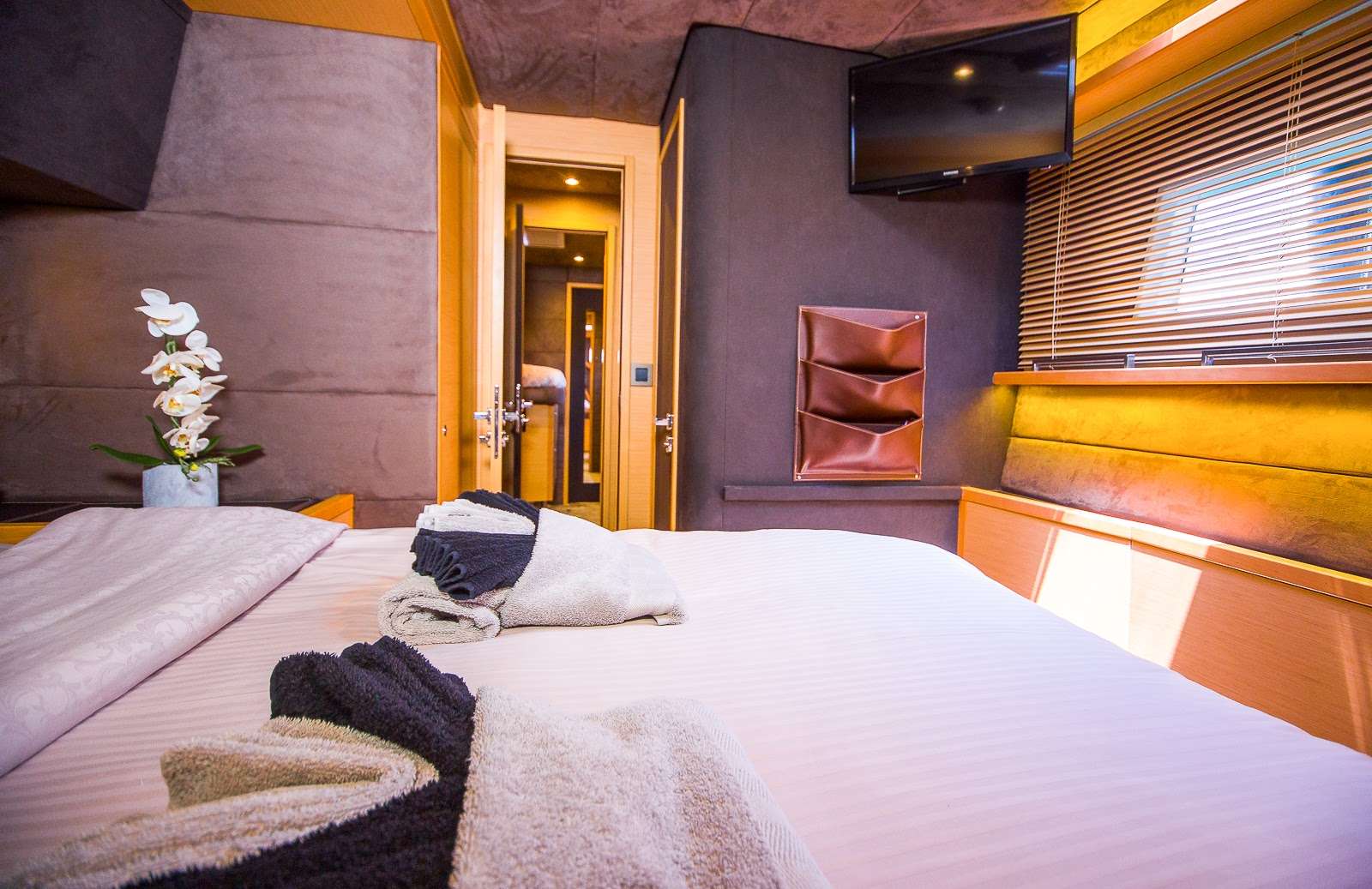 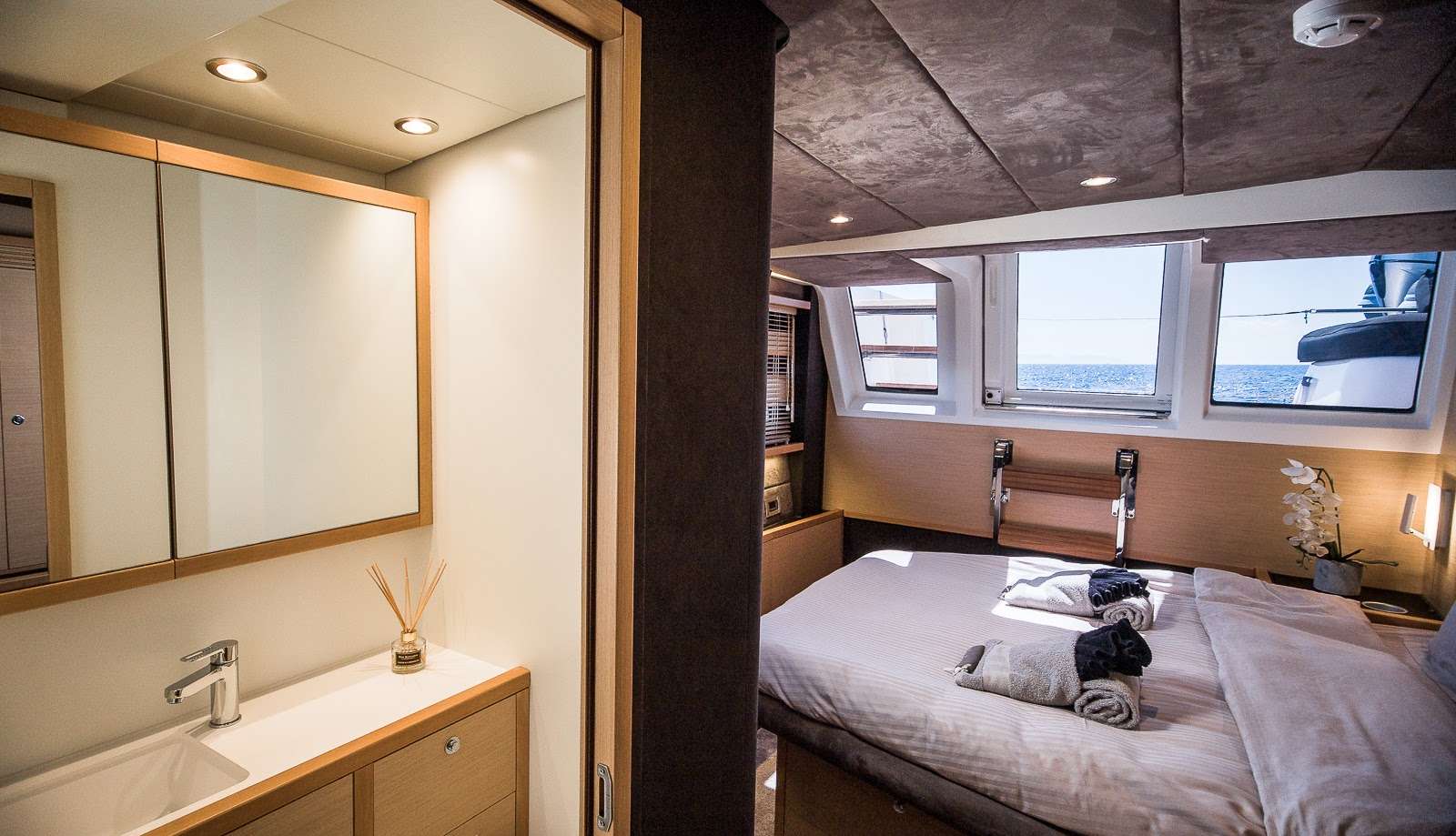 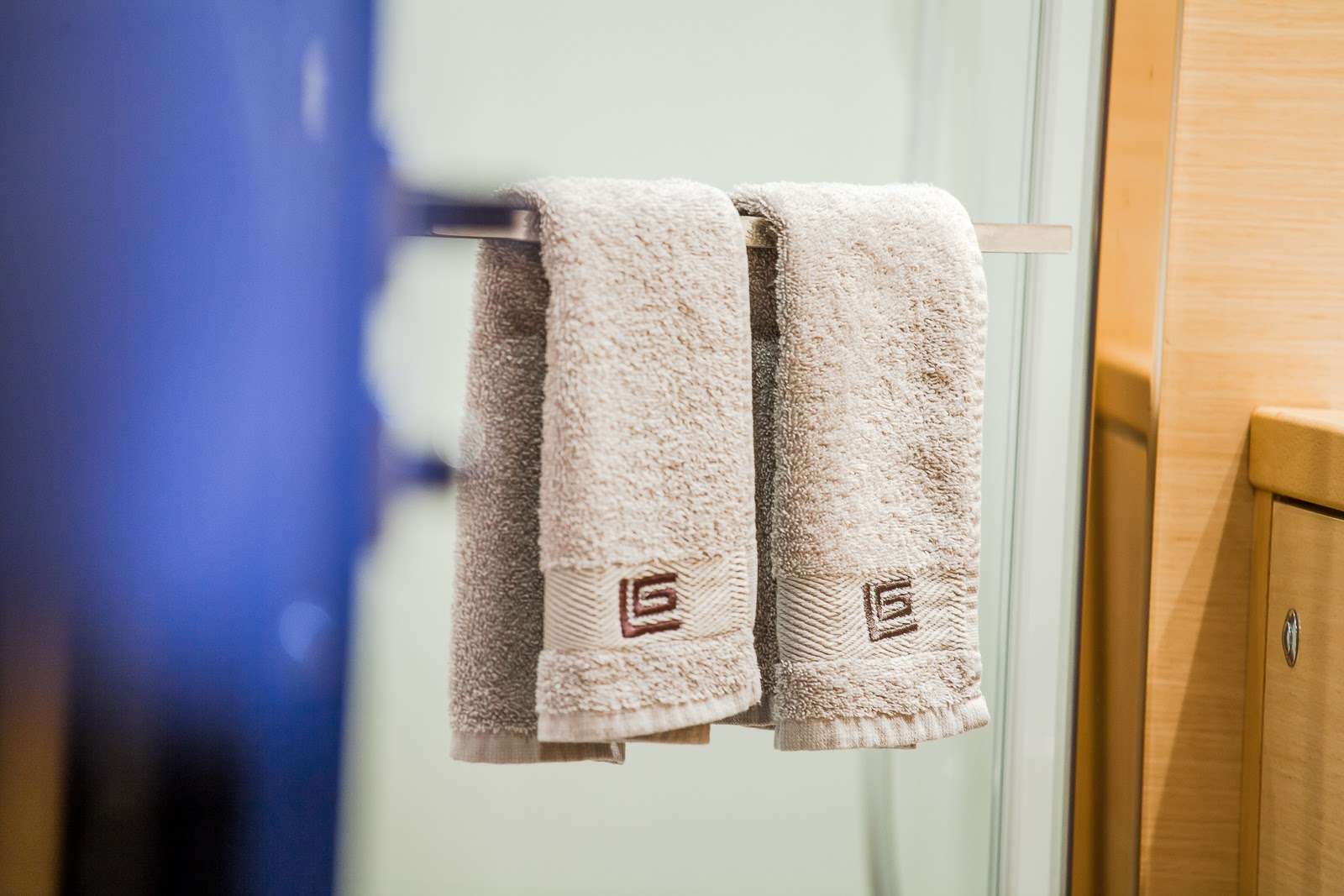 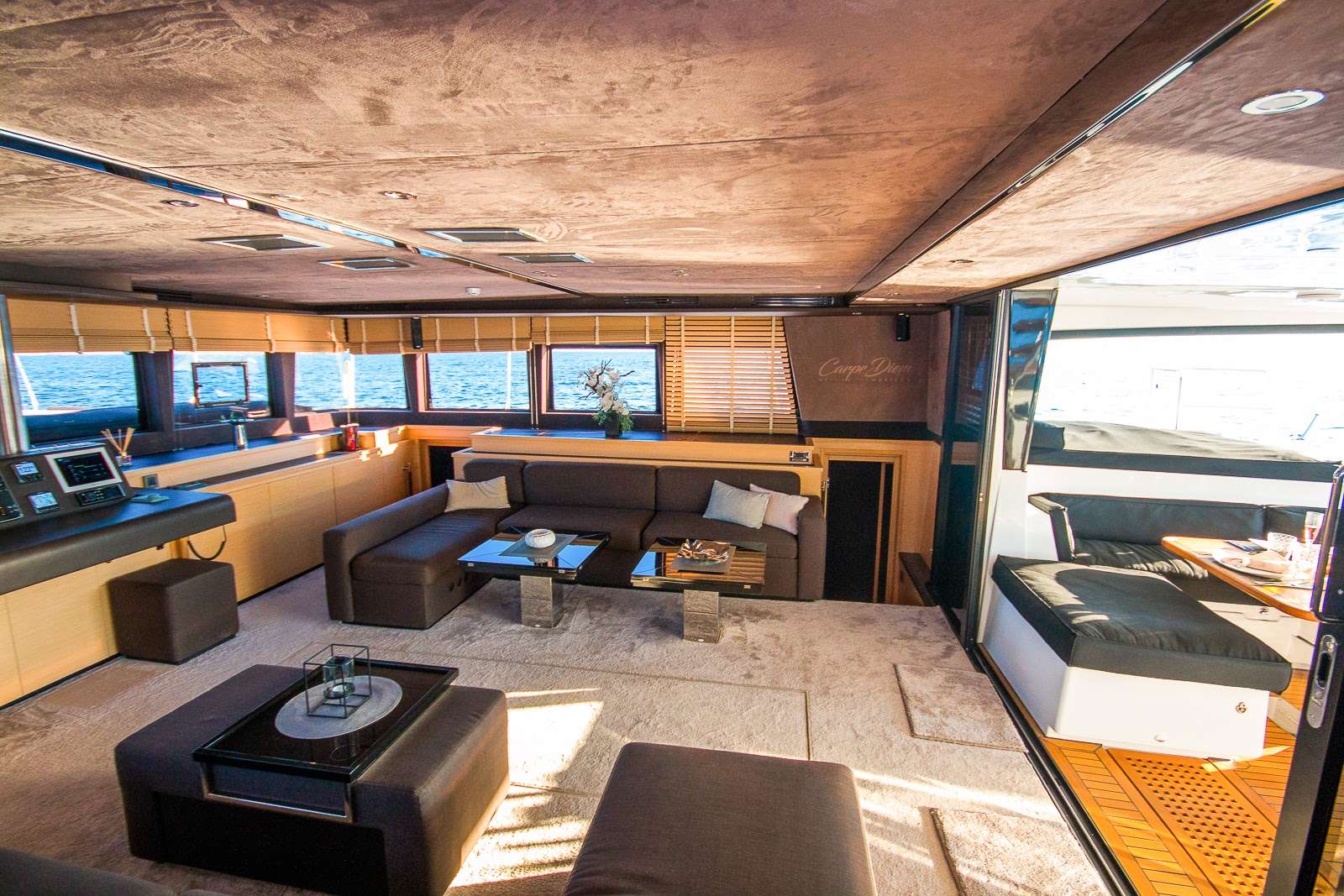 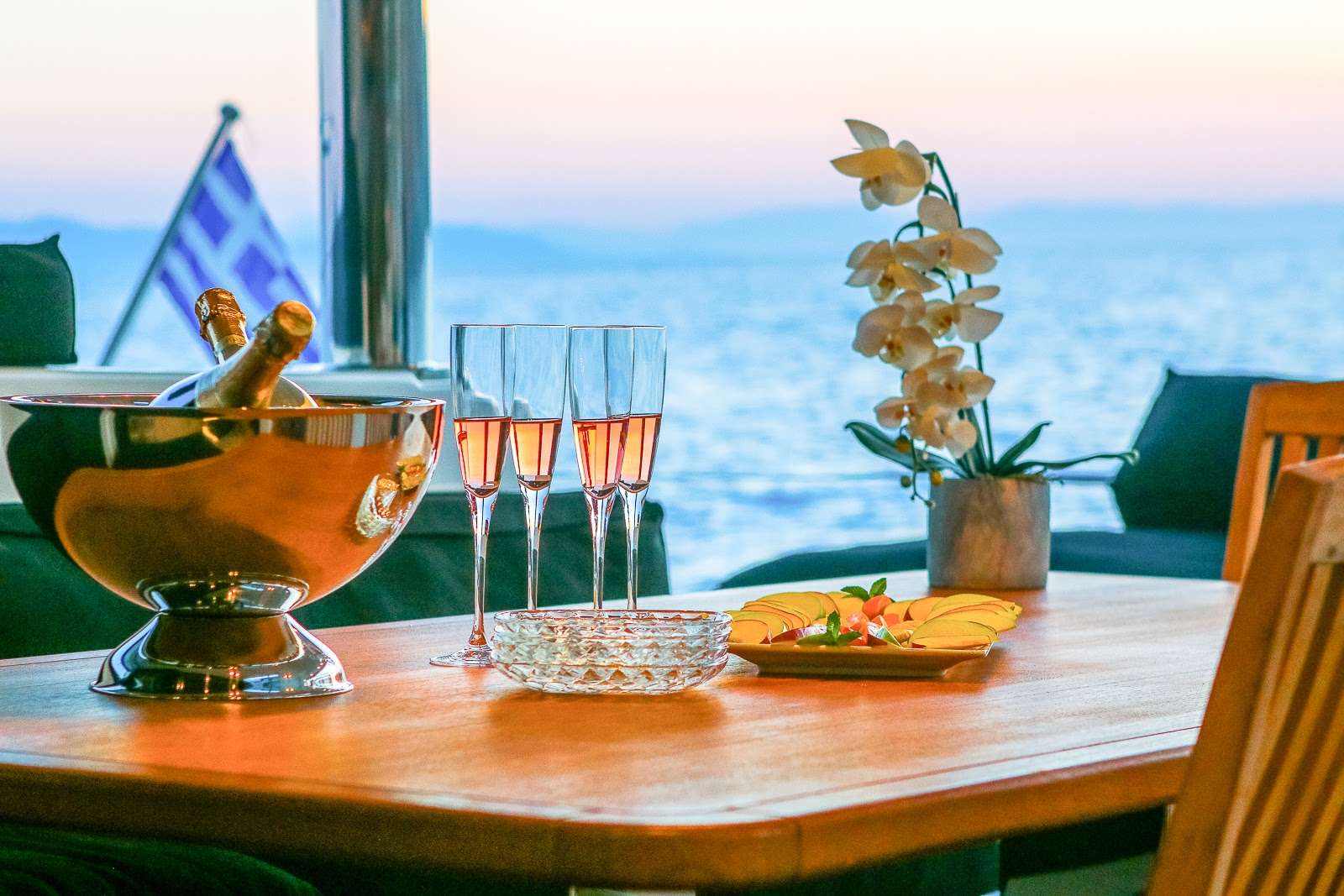 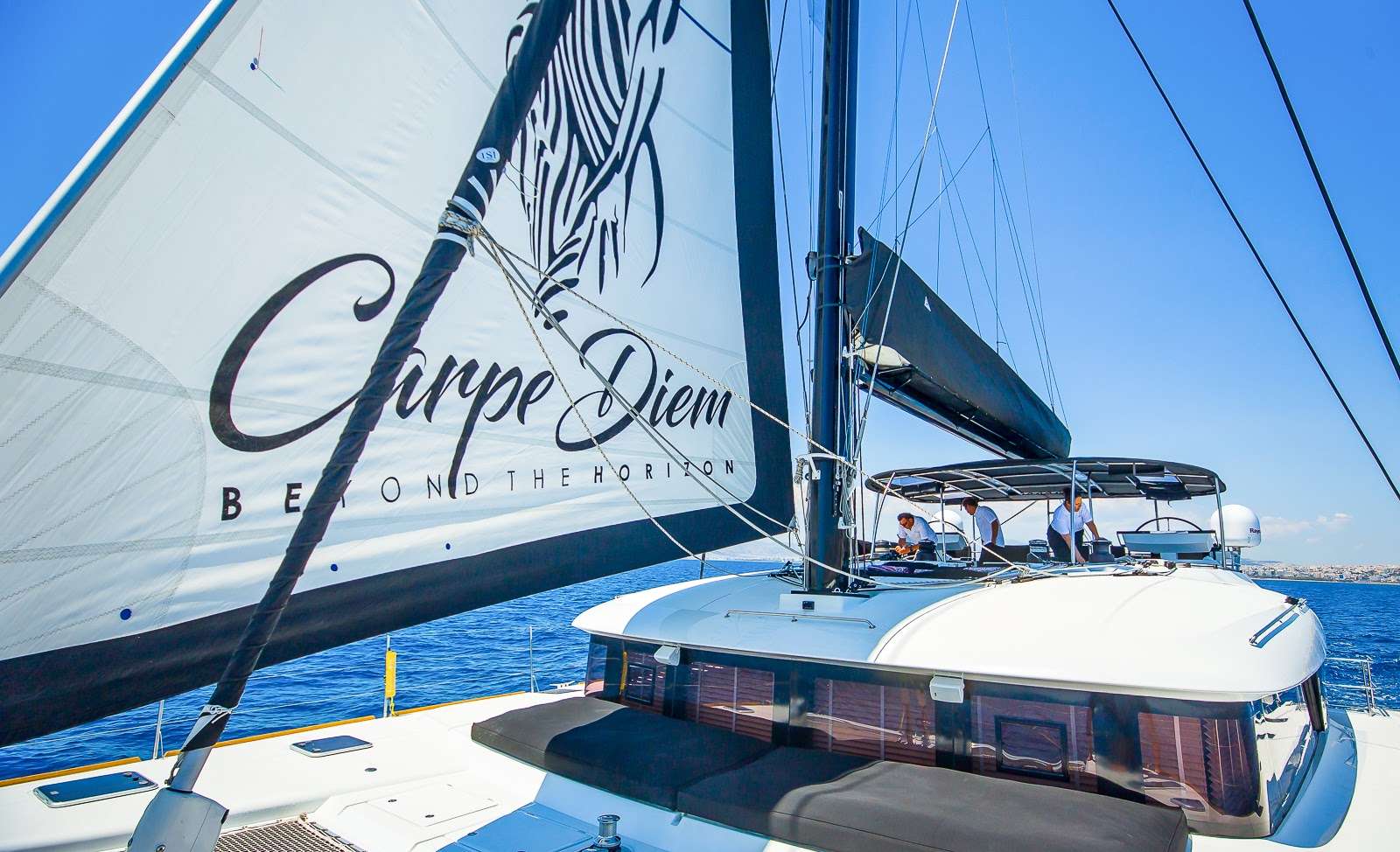 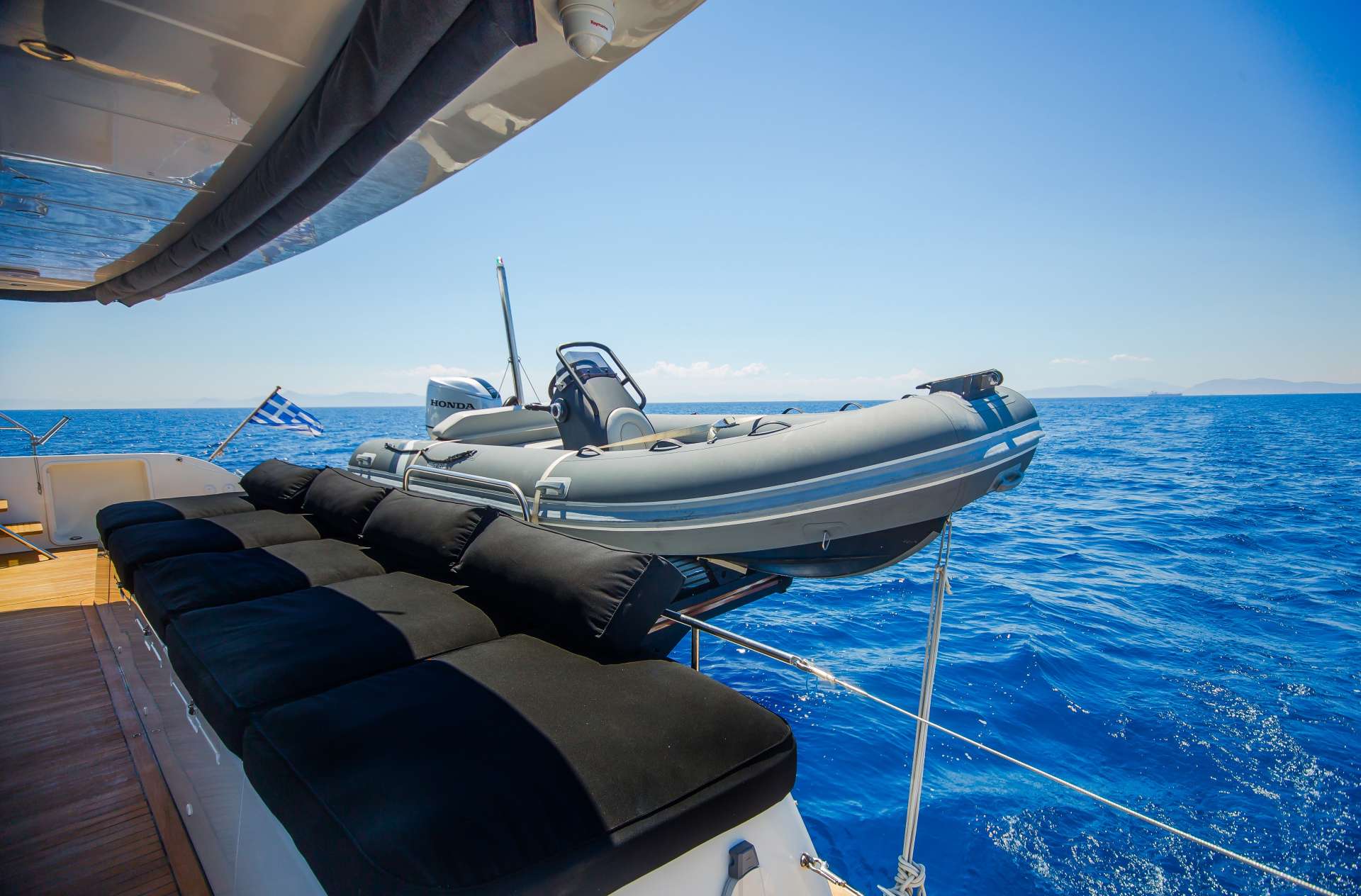 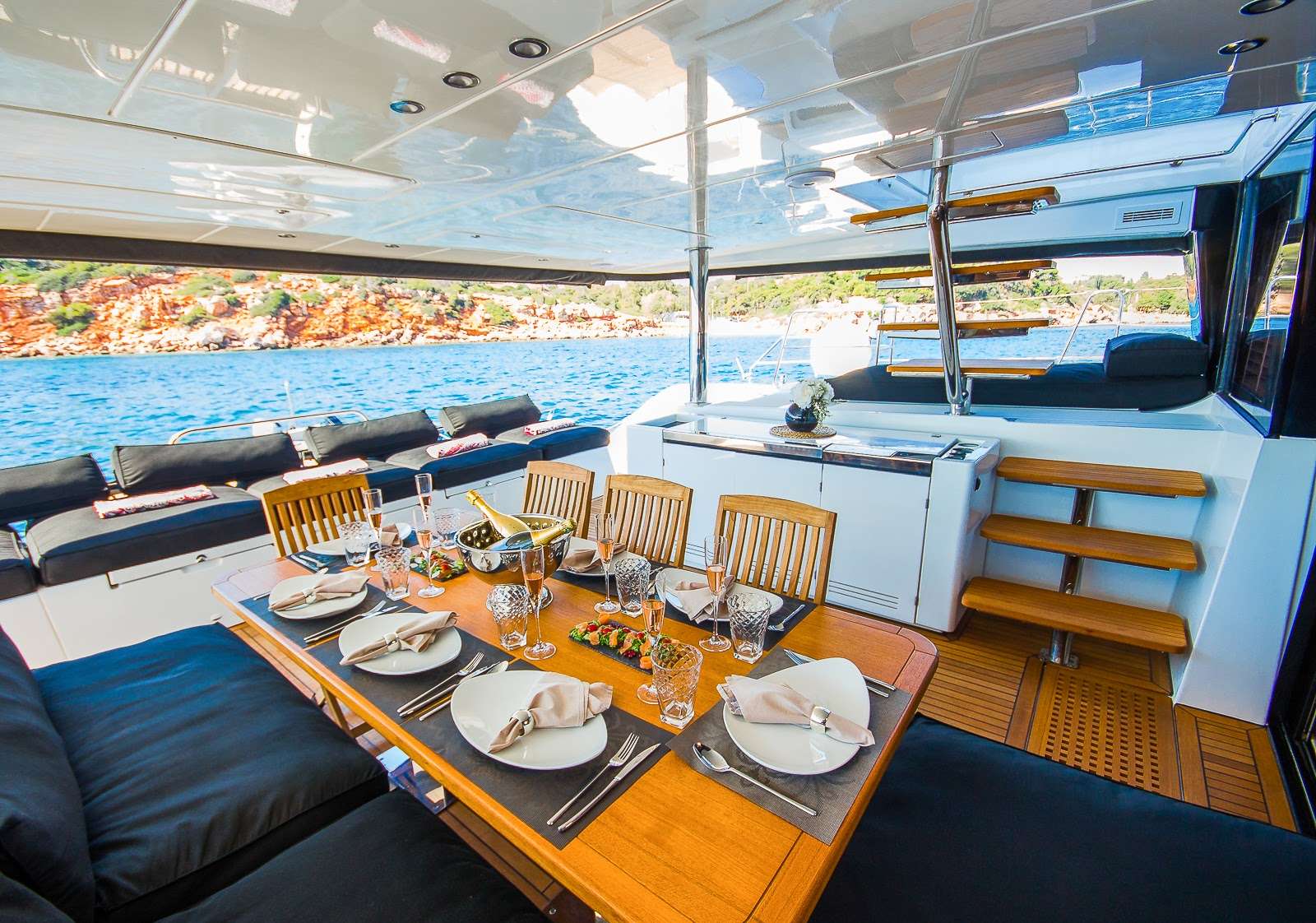 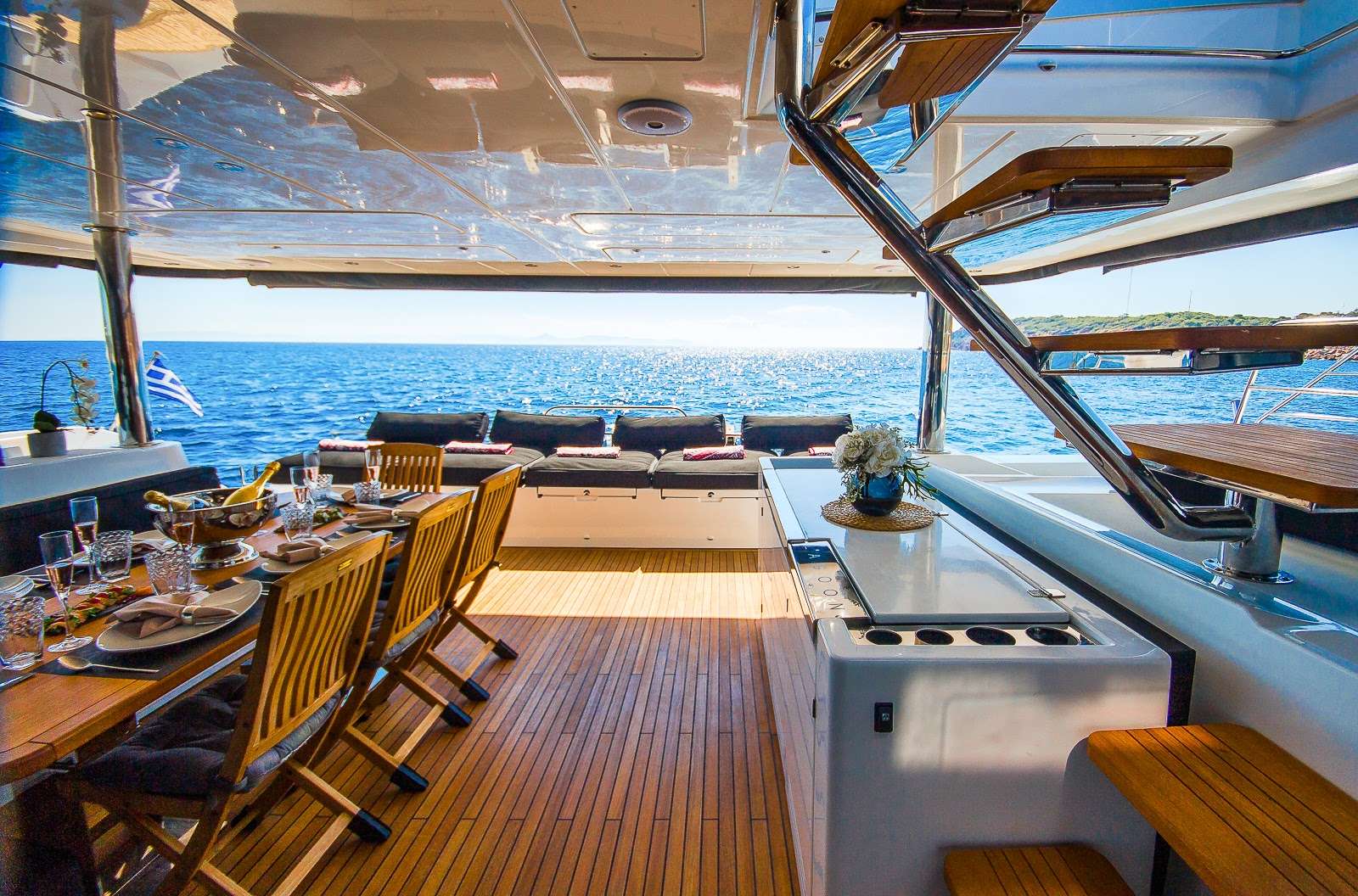 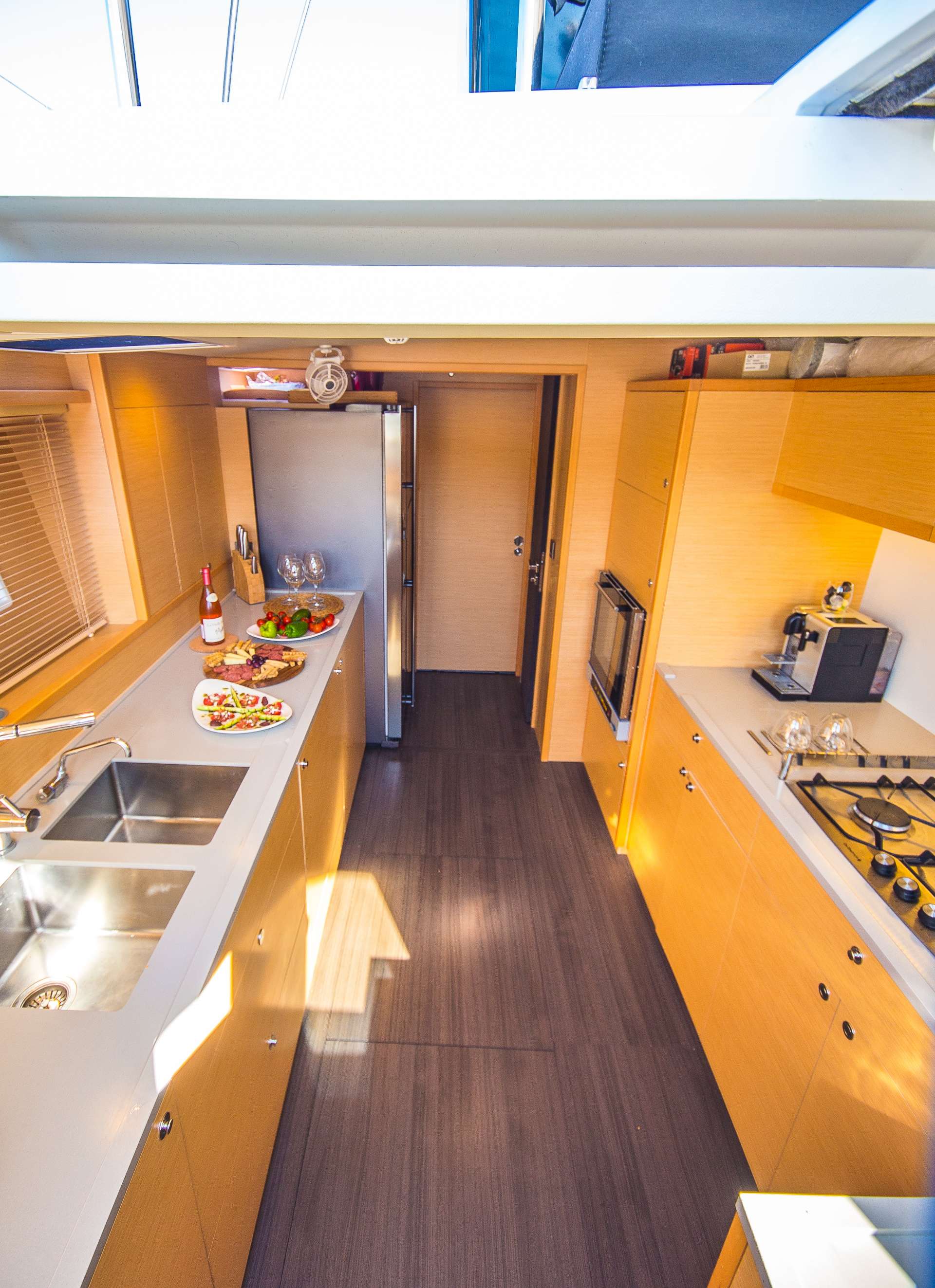 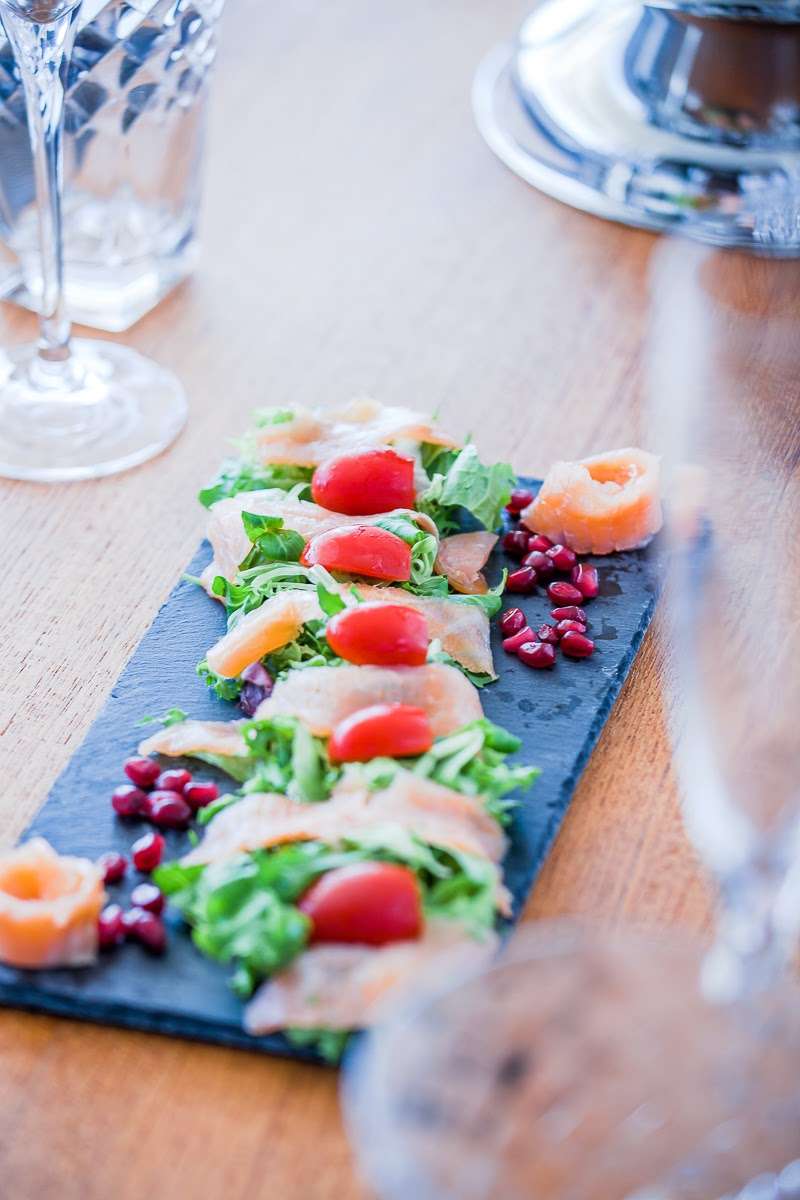 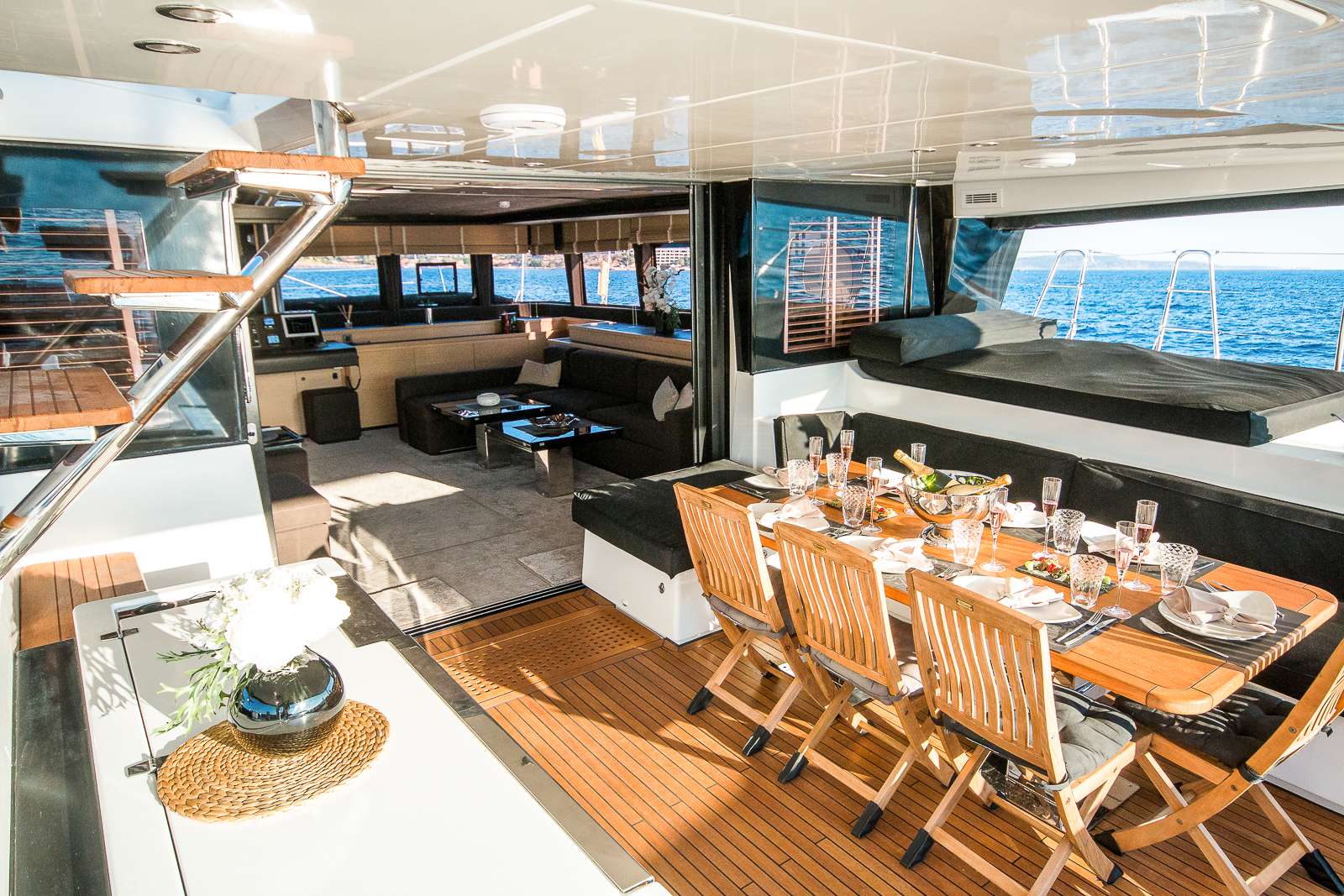 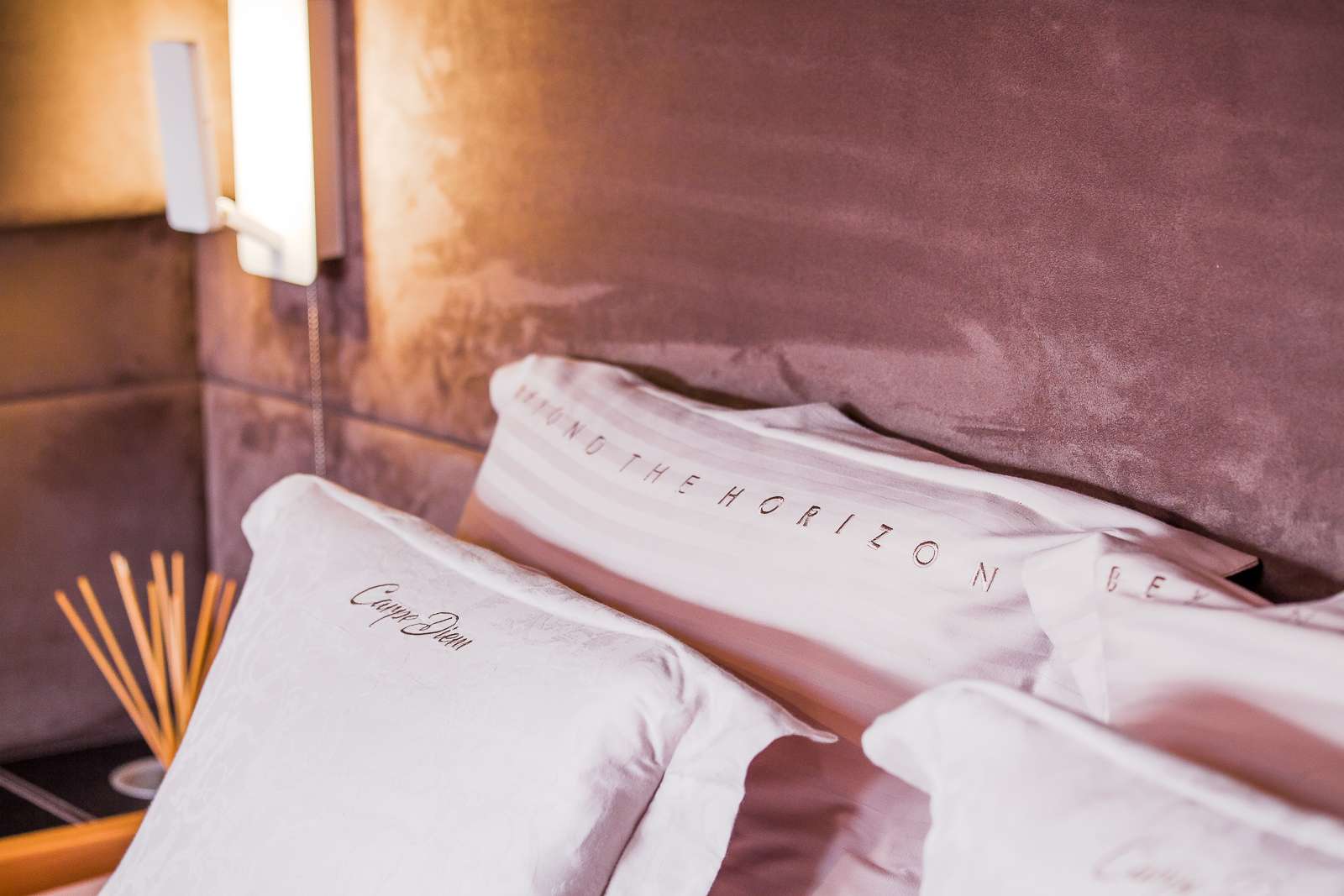 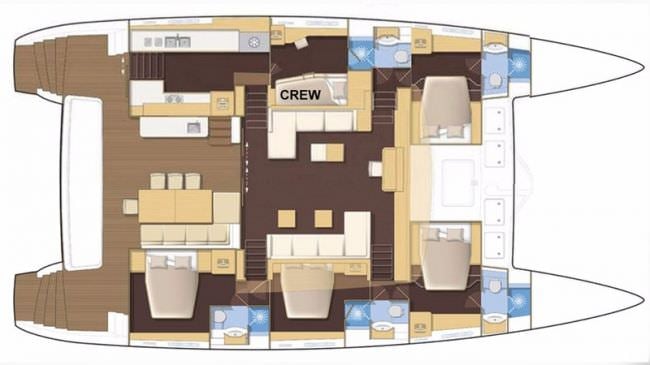 Exceptional living space with large sun-decks, both above and below deck.

Vladimir was born in Sofia, Bulgaria in 1979. His yachting career began in 1998 on a 40-foot monohull and he spent two seasons on the Black Sea. He continued working on several sailing yachts and participated in many regattas. Following his time on the Black Sea, he worked as a deckhand on a 60-meter motor yacht in the Caribbean.
Vlad had his own sailing yacht which he lived aboard and sailed more than 10,000 miles! He spent several seasons in the Mediterranean and crossed the Atlantic Ocean to the Caribbean.
His love of water extends past sailing and into water sports such as windsurfing, wakeboarding, kayaking, and fishing.
He’s certified PADI Rescue with more than 500 dives and has worked for two seasons as an underwater guide in Spain. He has been diving in the Black Sea, Mediterranean, Red Sea, and Caribbean.
Aside from his sailing skills, Vladimir is an excellent cook! He enjoys preparing European, Spanish, Peruvian, and Asian dishes. As well, he loves photography- for when he has the time between all his other endeavors.
Lastly, he speaks English, Spanish, Russian, and Bulgarian – of course.

Chef: Vladimir Iliev
Vladimir is a very young and talented chef from Bulgaria. Right after school, he went to the College of Catering and Culinary Arts. Since 2001 he has been working as a chef in different restaurants in Bulgaria and Georgia. In 2007 he wrote his own cookbook which was awarded by the “Bulgarian Hotel and Restaurant Association – BAHA” – as Book of the Year. He is the face of a cooking show in Bulgaria and since 2016 the proud owner of his own restaurant in Sofia. It will be his second season on a yacht in Greece. He is very hard-working, reliable and meticulous in his job to make his guests happy. His cuisine is international and delicious. He is polite, a team player and loves to travel. He speaks Bulgarian, Russian and basic English.

Stewardess: Martina Nikolova
Martina was born in 1980 in Sofia. Right after school she started working in the restaurant business working as waitress, restaurant manager and even as sous-chef. She is energetic and hard-working, enjoys her job with a smile and is very organized and ready to assist her guests in their every need. She is open, adaptable, has strong communication skills and is very responsible in her work. She speaks fluently Bulgarian, English and basic Russian.