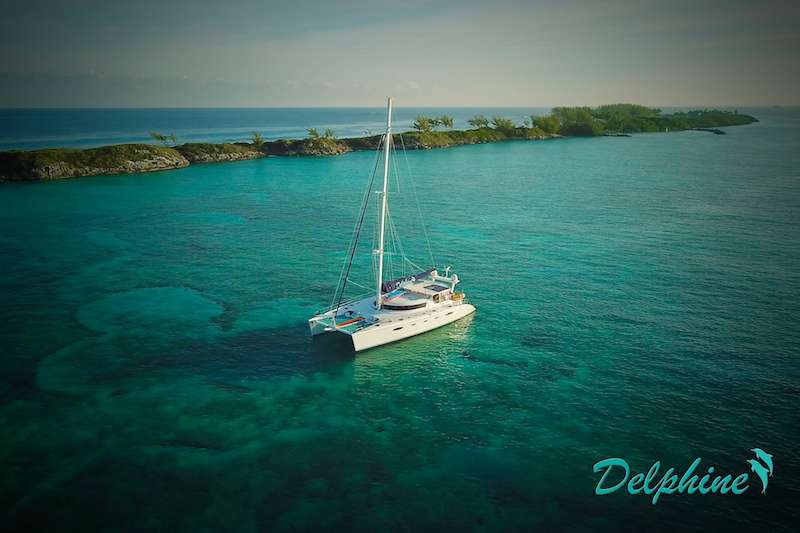 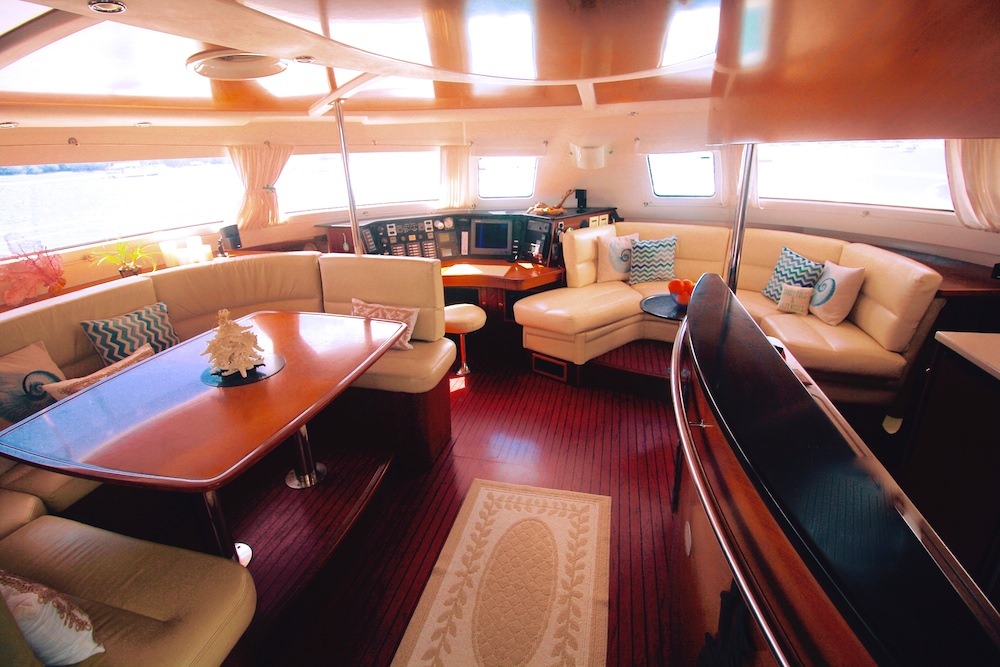 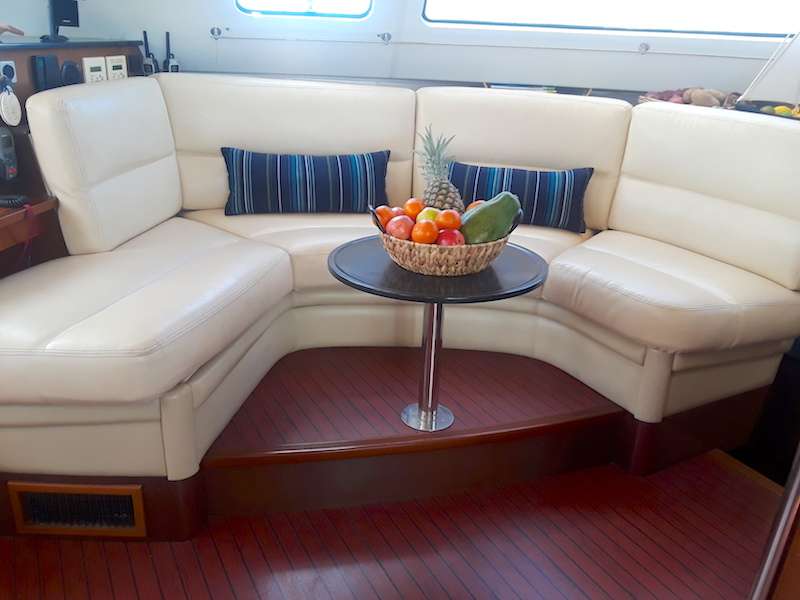 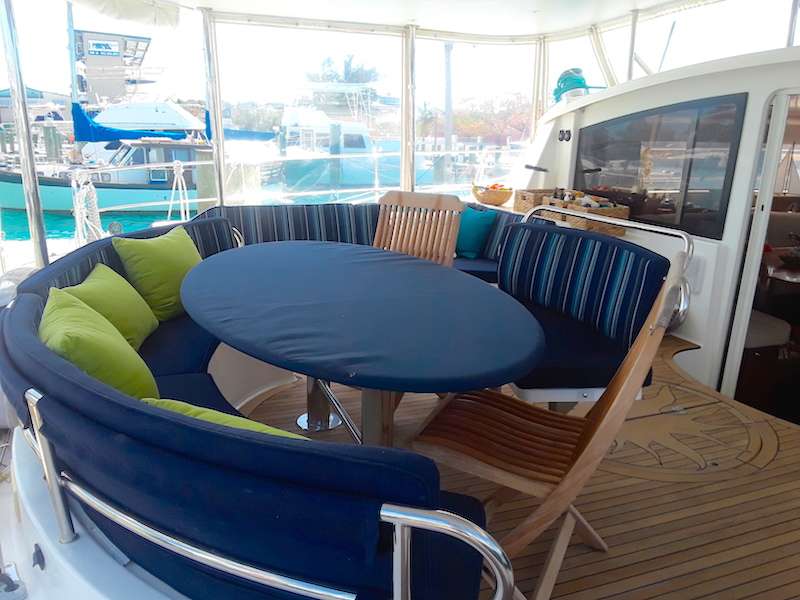 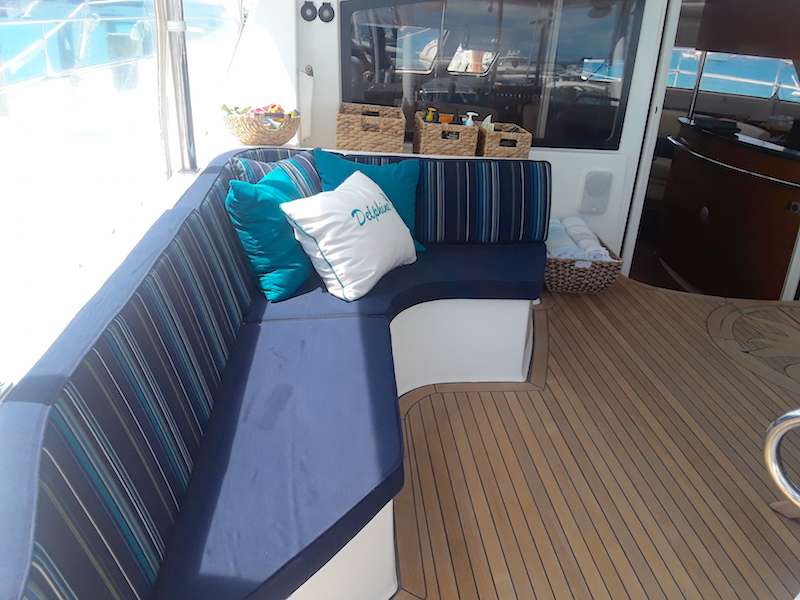 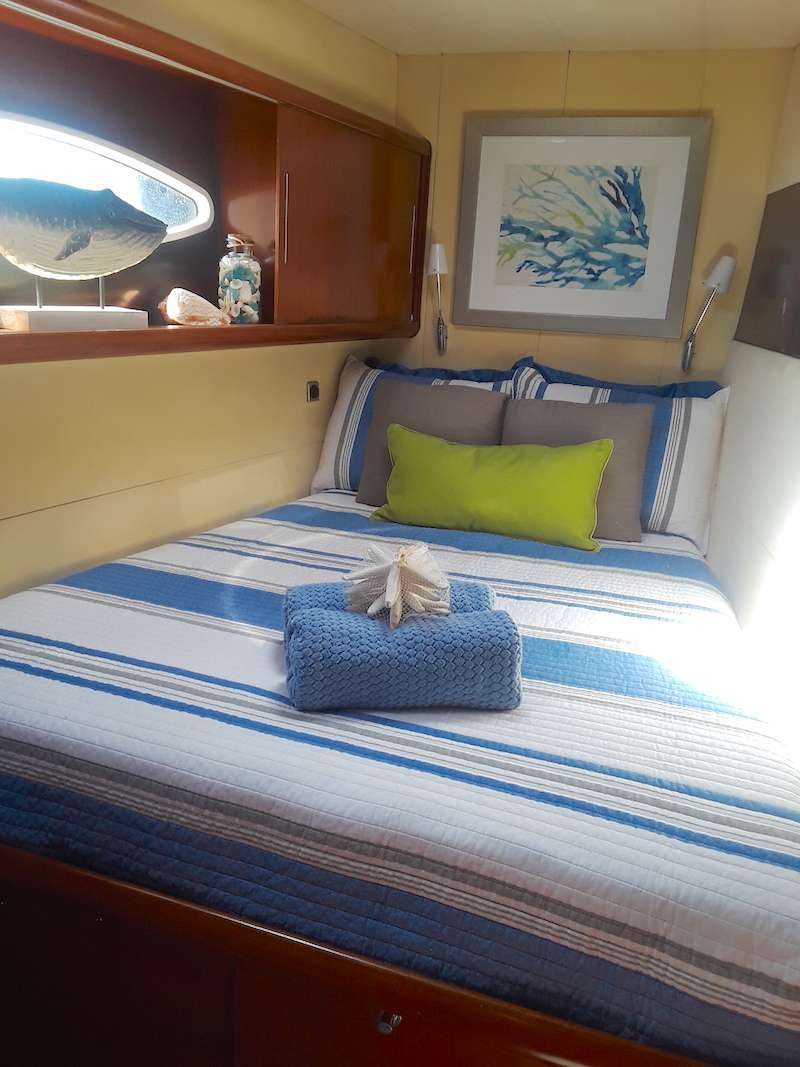 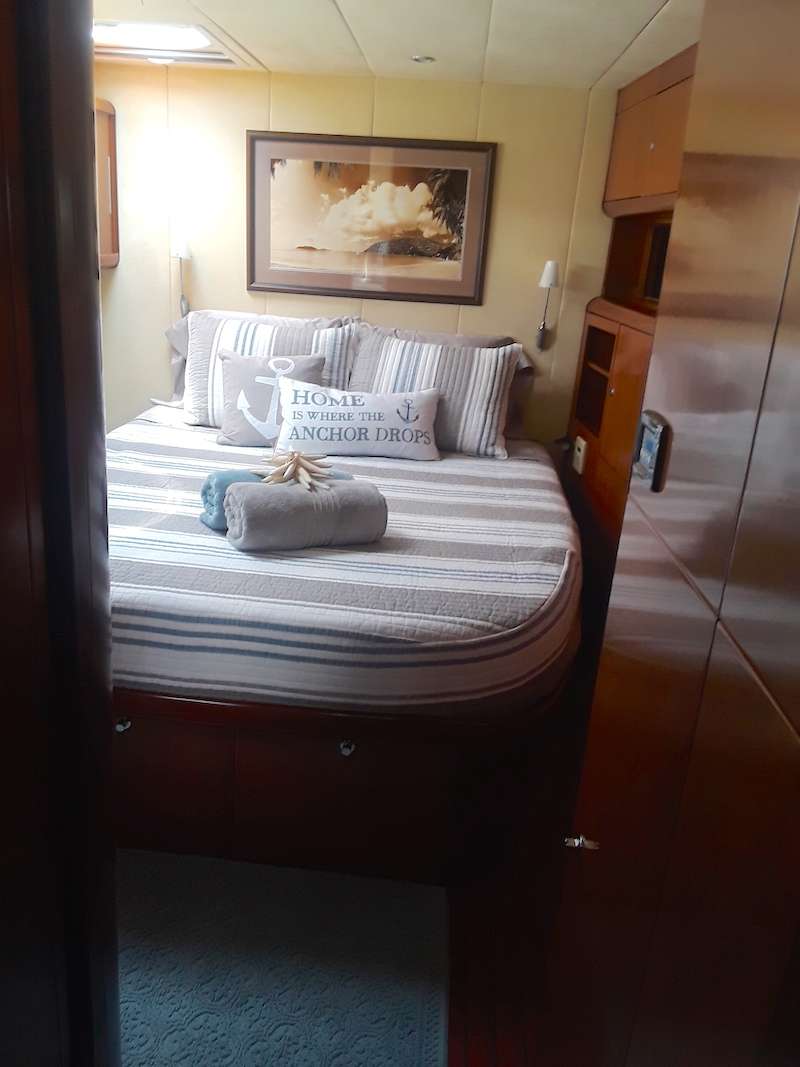 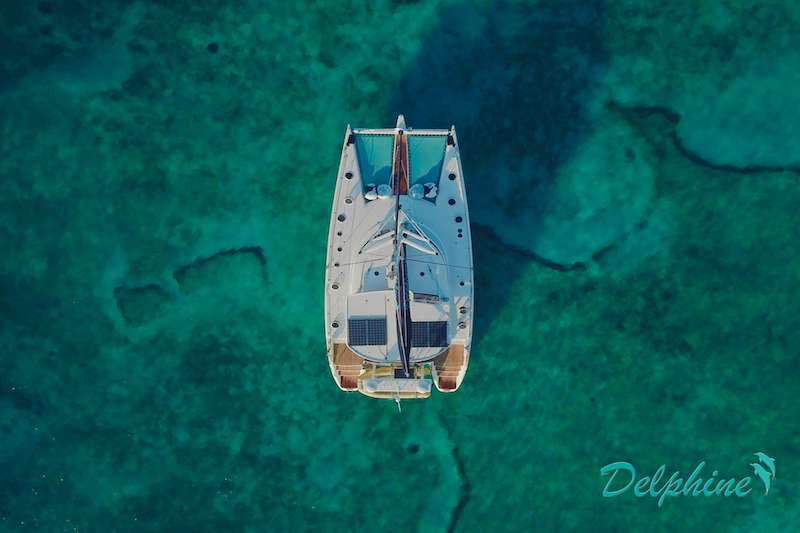 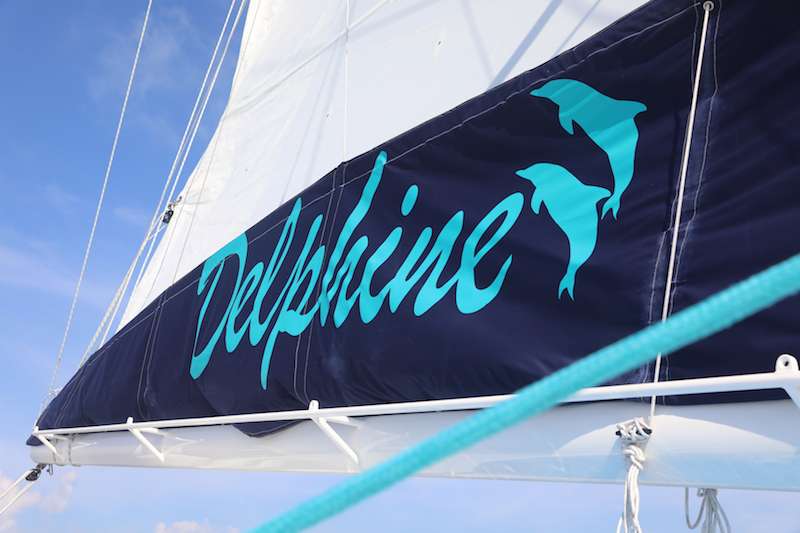 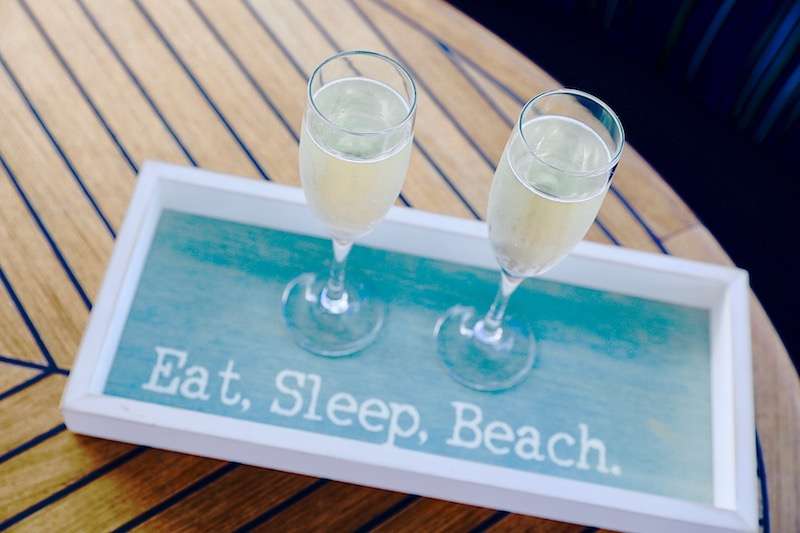 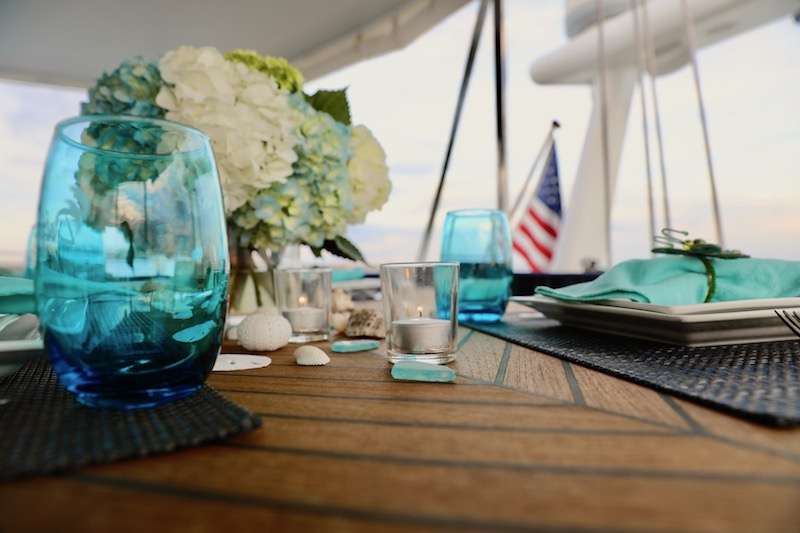 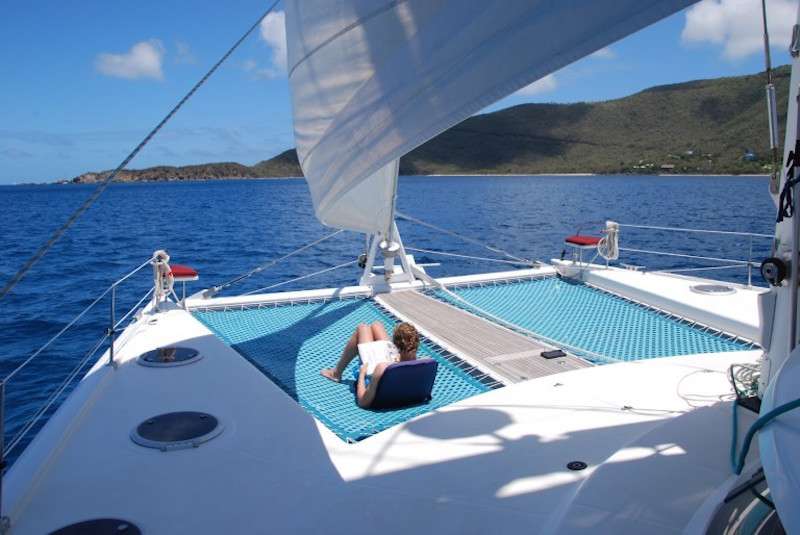 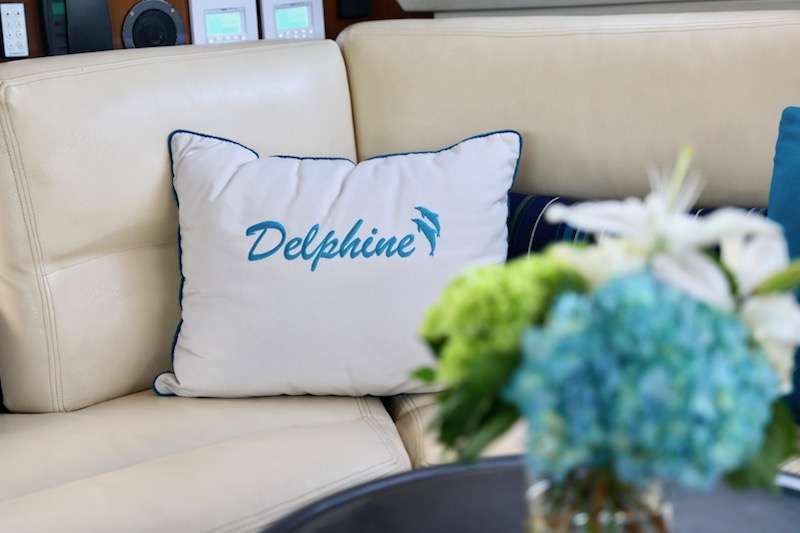 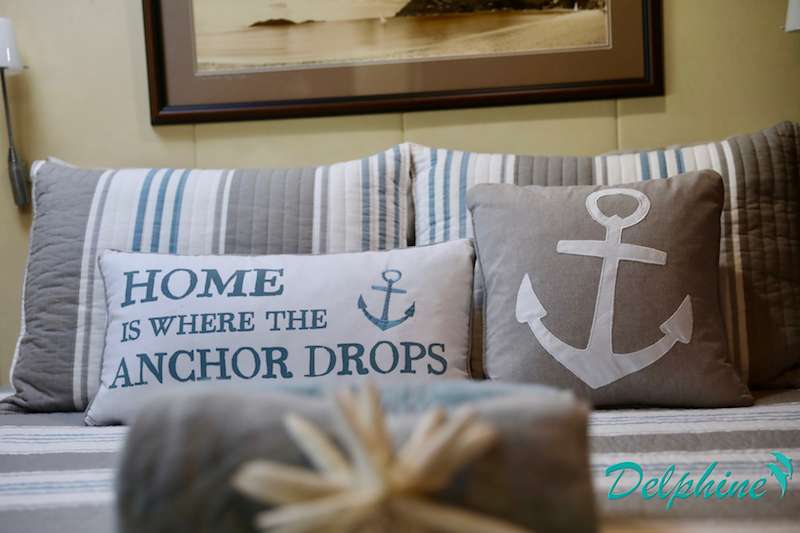 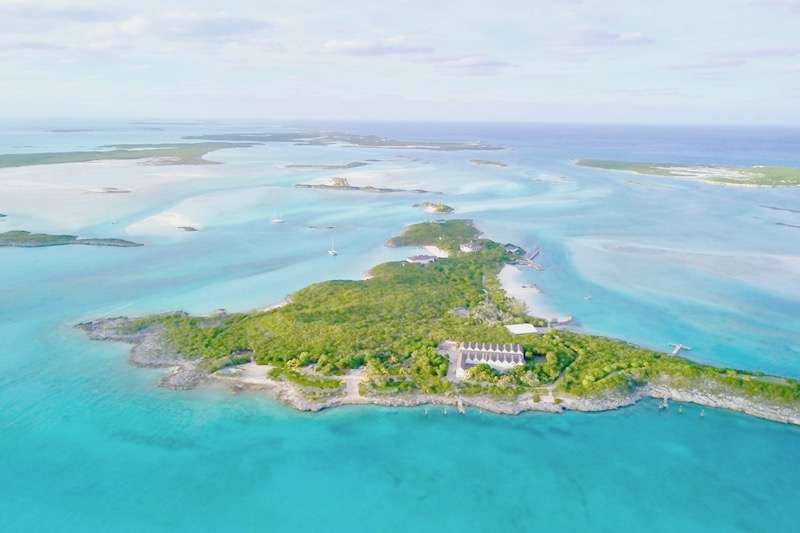 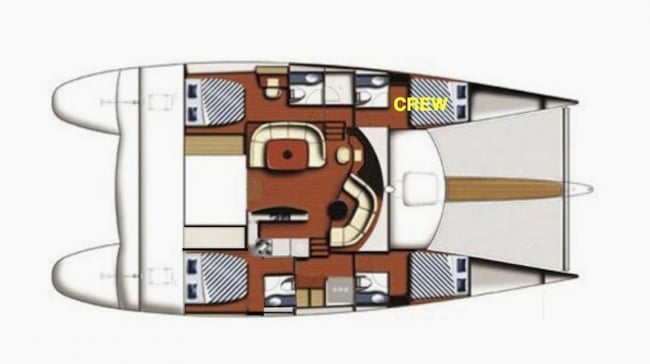 DELPHINE, a 60 ft. custom Fountain Pajot refit in 2018, welcomes you with “old-world” warmth and charm and lots of natural light and panoramic views from the salon. She is fully air conditioned and offers up to 6 guests, three cabins with en-suite showers/electric heads. 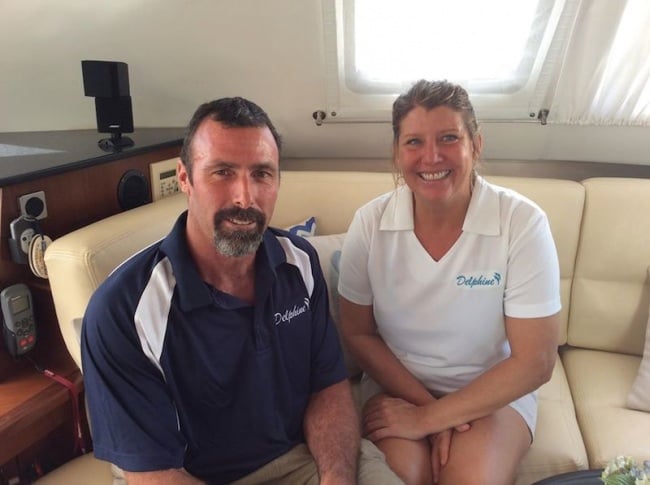 Captain Brad Wardle fell in love with sailing when he was seven years old and started taking his first sailing lessons in Ventura, California. He bought his first boat when he was in his 20’s and sailed it for 22 years up and down the West Coast from Canada to Mexico and all the way to Hawaii single-handed.

A natural mechanic, Brad’s has enjoyed a long career as an engineer working on ski lifts in the California ski resorts, and as an oil rig technician working on land and off shore. His work gave him time off between posts which Brad always spent on his boat, sailing. Brad has a STCW 95 certification and holds a Master’s 100 ton License with a Sailing and Towing endorsement.

First Mate/Chef Shana Story was born and raised in Michigan where she fell in love with boating on the Great Lakes. She has a BS in Education and worked as a health teacher before moving to Montana to become the kitchen manager at Mountain Sky Guest Ranch; owned by Arthur Blank owner of the Atlanta Falcons and Home Depot. Shana’s natural hospitality skills and bubbly personality were the perfect match for the clientele of that exclusive resort, and she soon branched into private catering.

Brad and Shana met each other in Angel Fire, New Mexico where Shana had taken the position as the chef/housekeeper on a private ranch and Brad was working on a nearby oil rig. Brad invited Shana to come sailing on his boat in California, and soon after, the idea to combine their talents and become sailing crew together was born.

Shana and Brad traveled to Mystic, Connecticut to purchase a 40′ Cheoy Lee and gave themselves 2 years to cruise the Caribbean. In those 2 years, they sailed their yacht “Quartette” from Connecticut to Florida, through the Bahamas and to the Dominican Republic, Puerto Rico and finally to St, Thomas. They have spent the past 2 years exploring the US and British Virgins Islands with an eye to sharing that knowledge with guests. As the chef aboard, Shana prefers to prepare healthy cuisine featuring fresh, local ingredients and can tailor her menu to accommodate diets such as gluten free, Paleo and vegetarian. Shana holds an STCW 95 certification.

Brad and Shana have 4 grown children between them and love to host families aboard Delphine. They believe that Dephine is ideally suited for family groups to enjoy a Caribbean sailing vacation that will be the most memorable time of their lives.