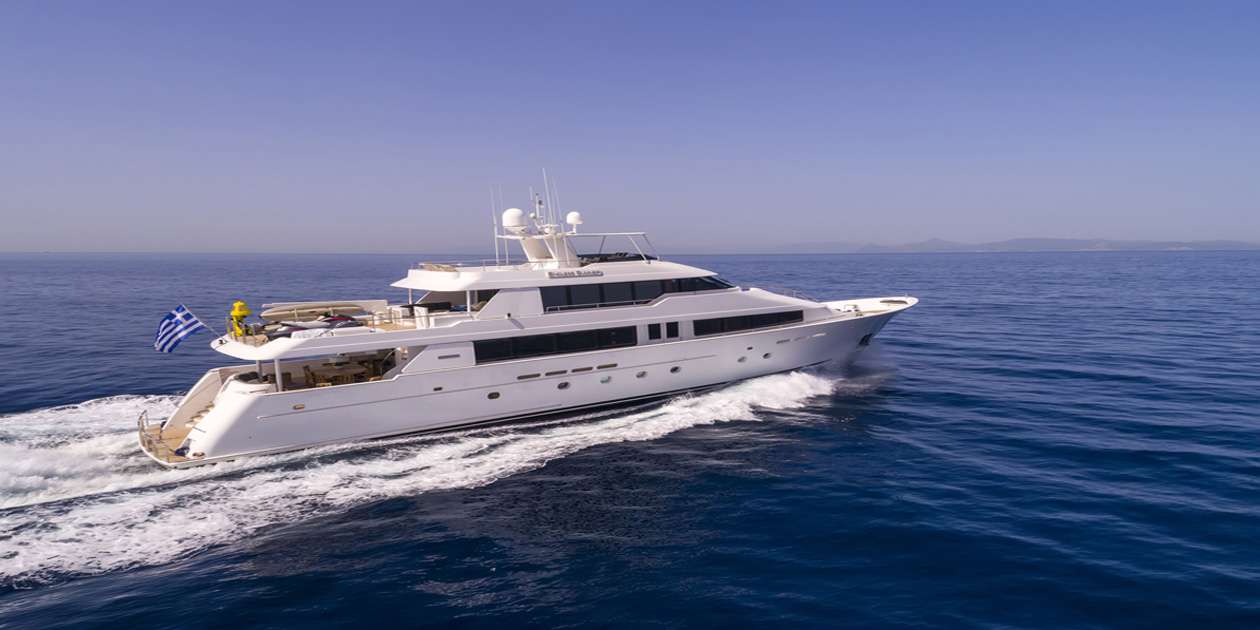 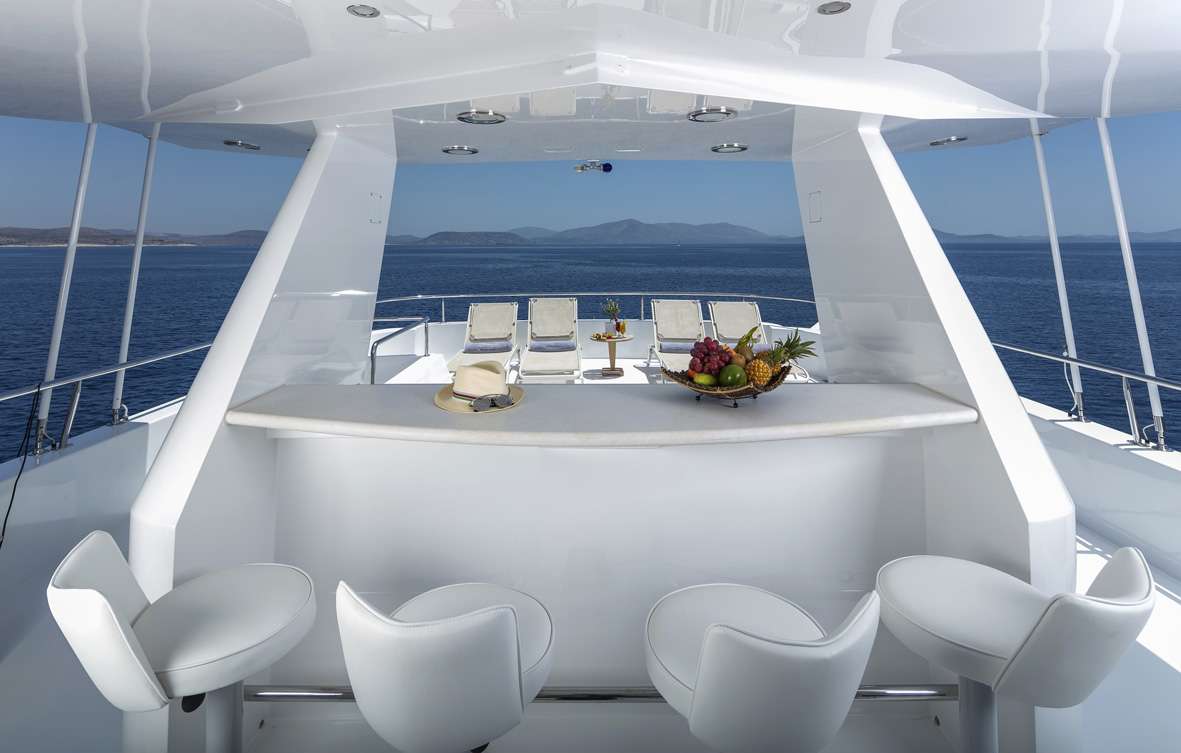 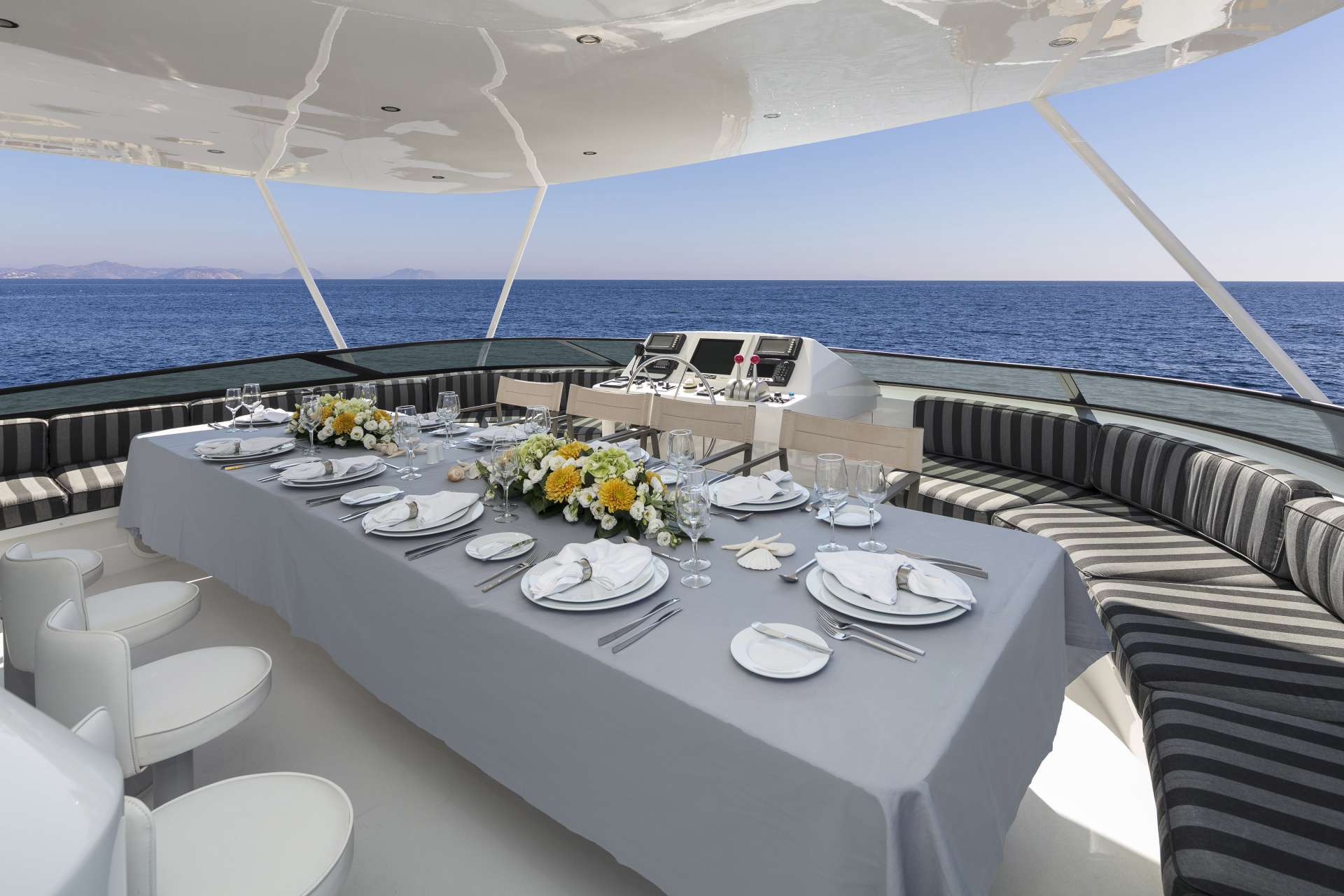 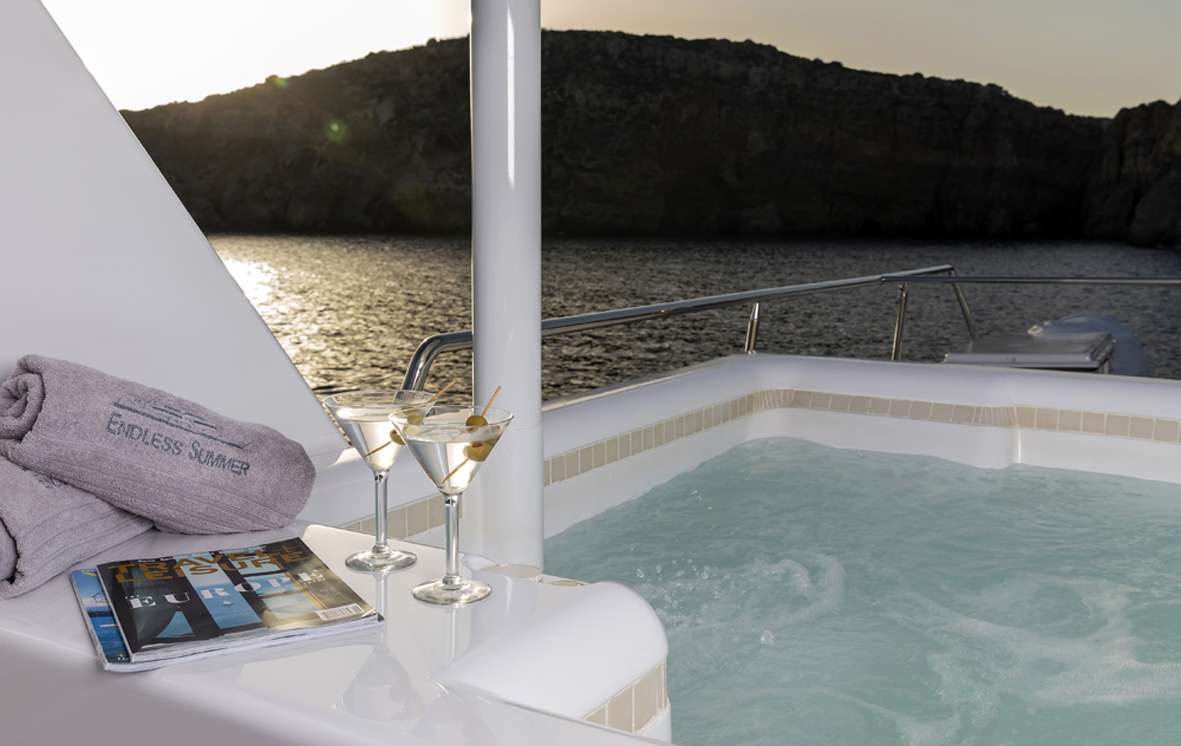 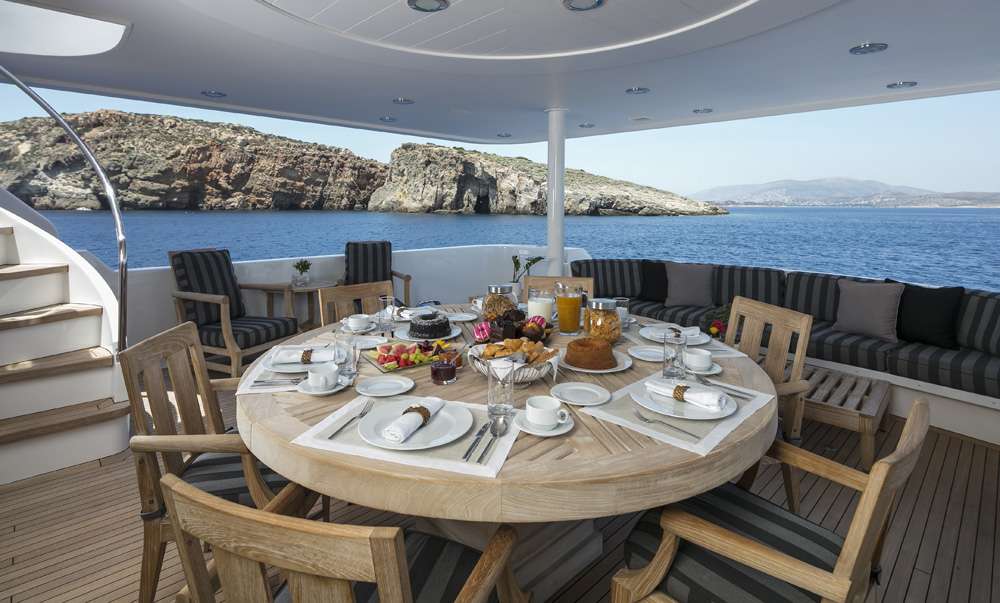 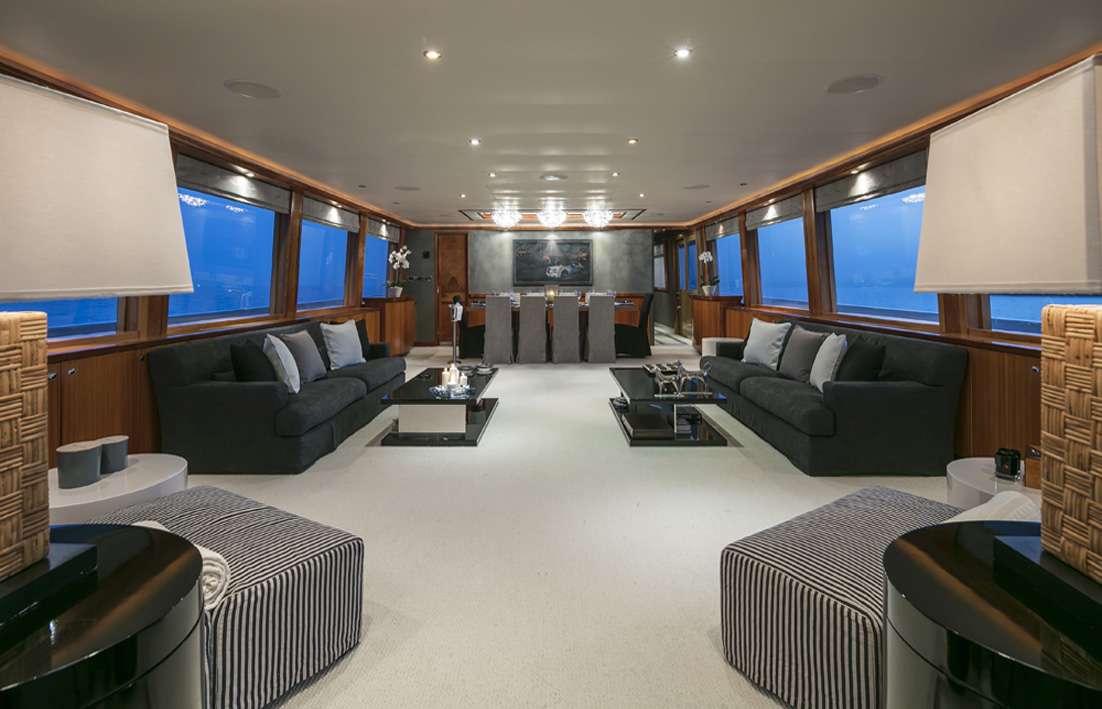 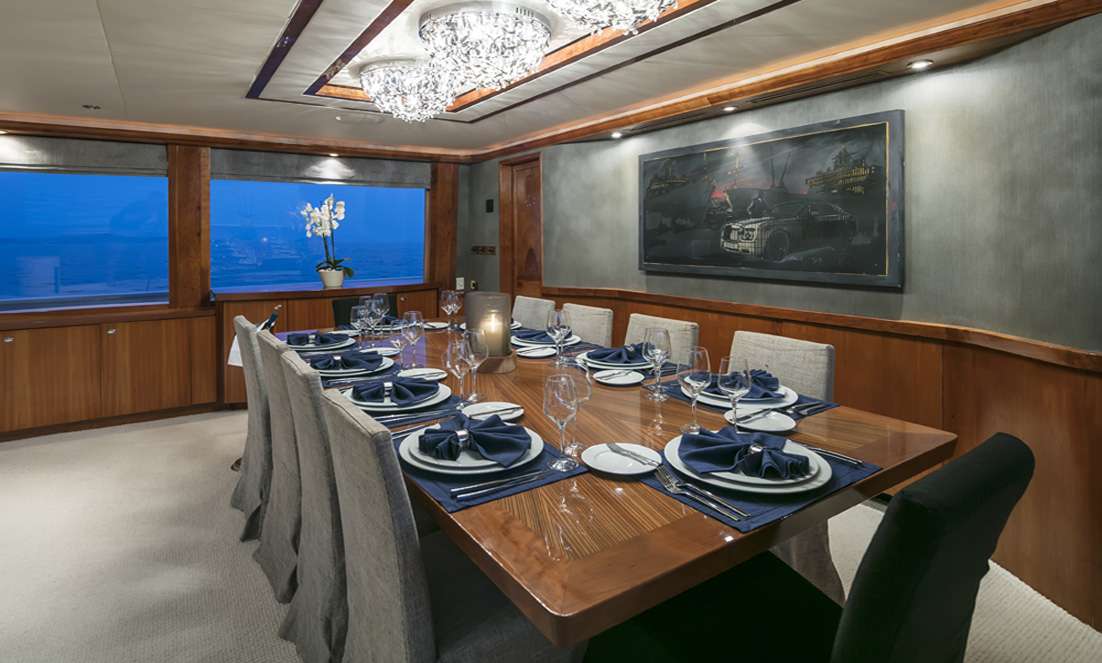 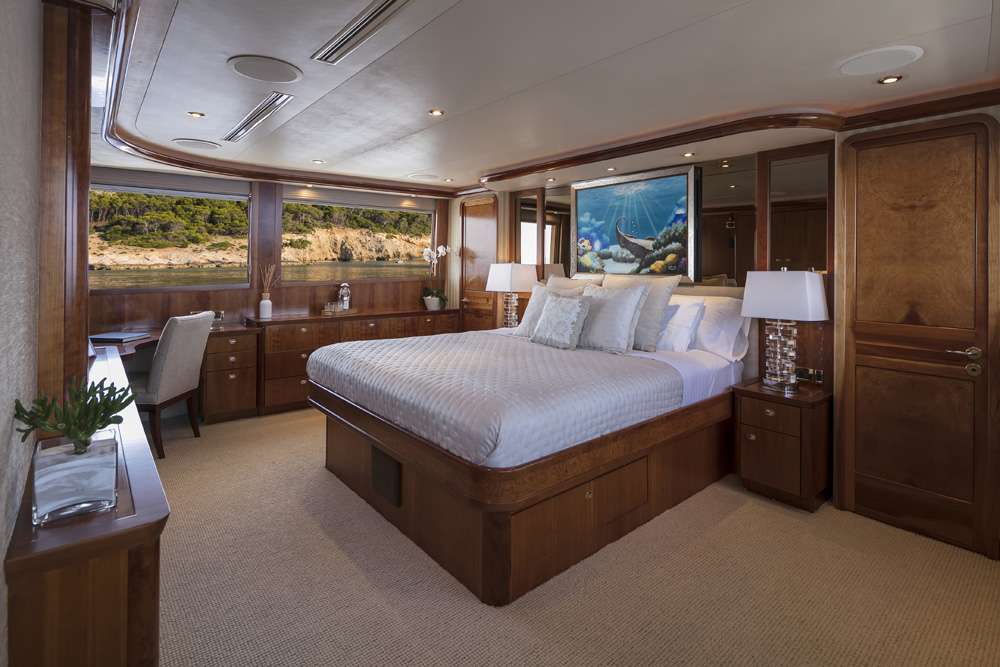 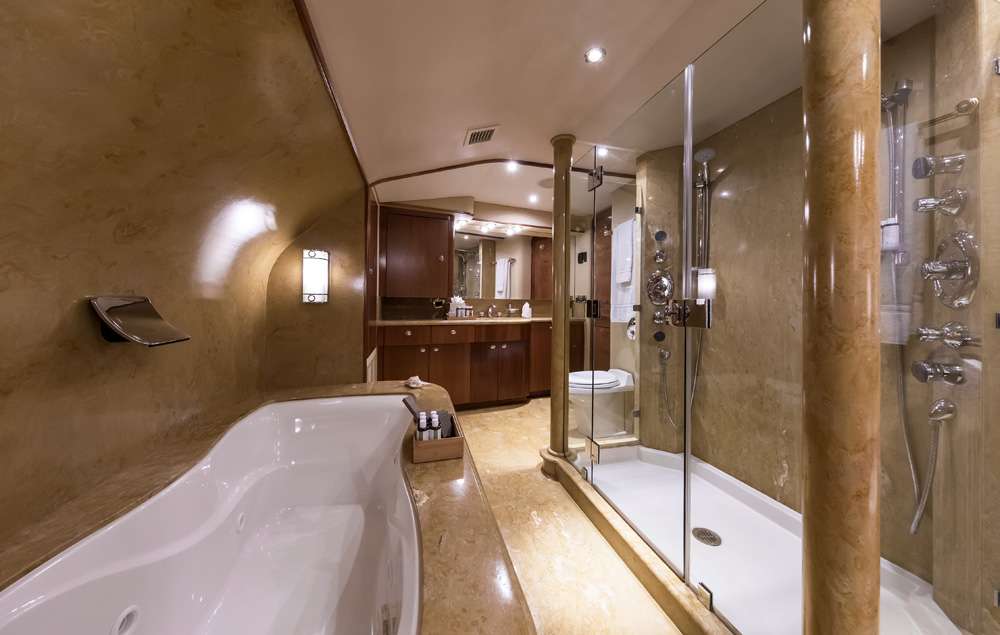 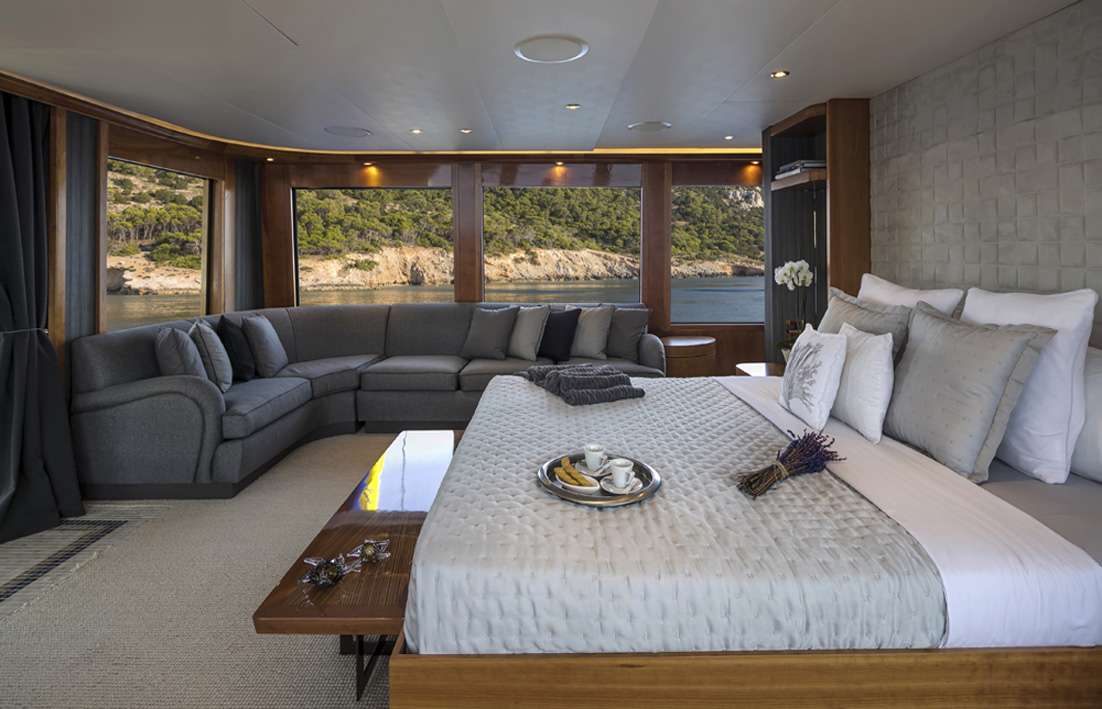 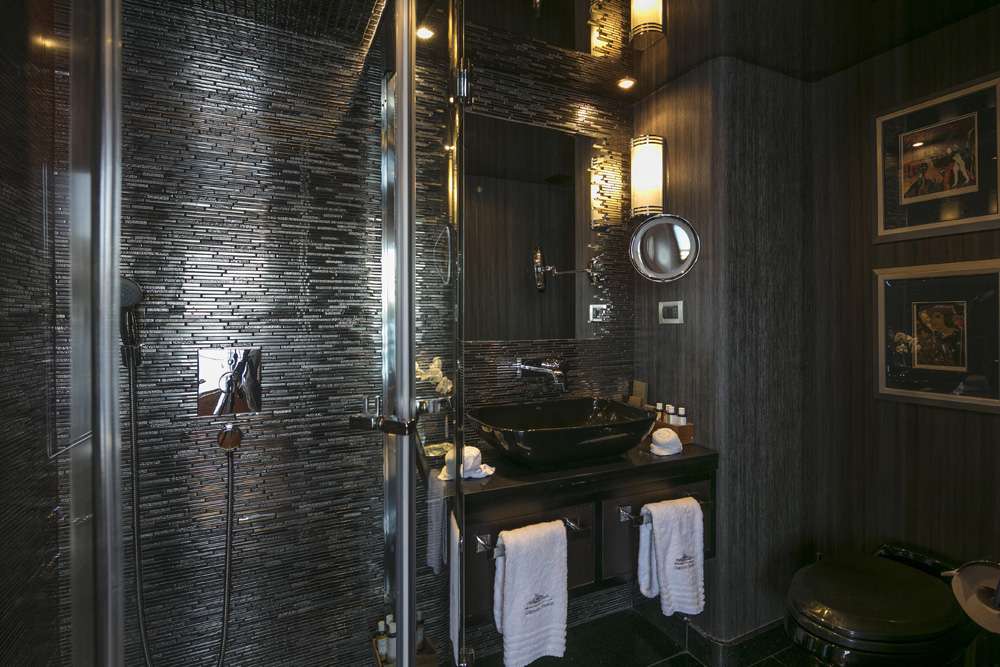 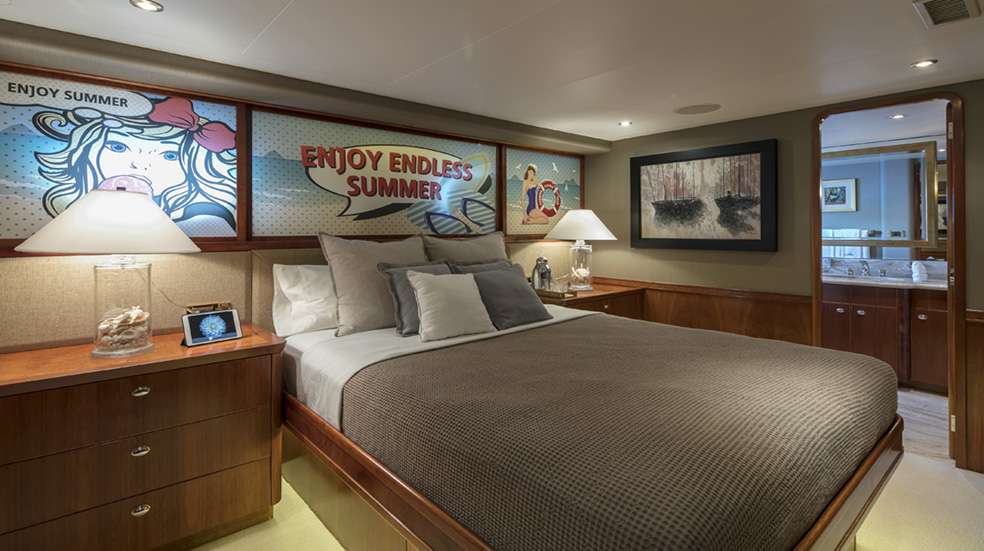 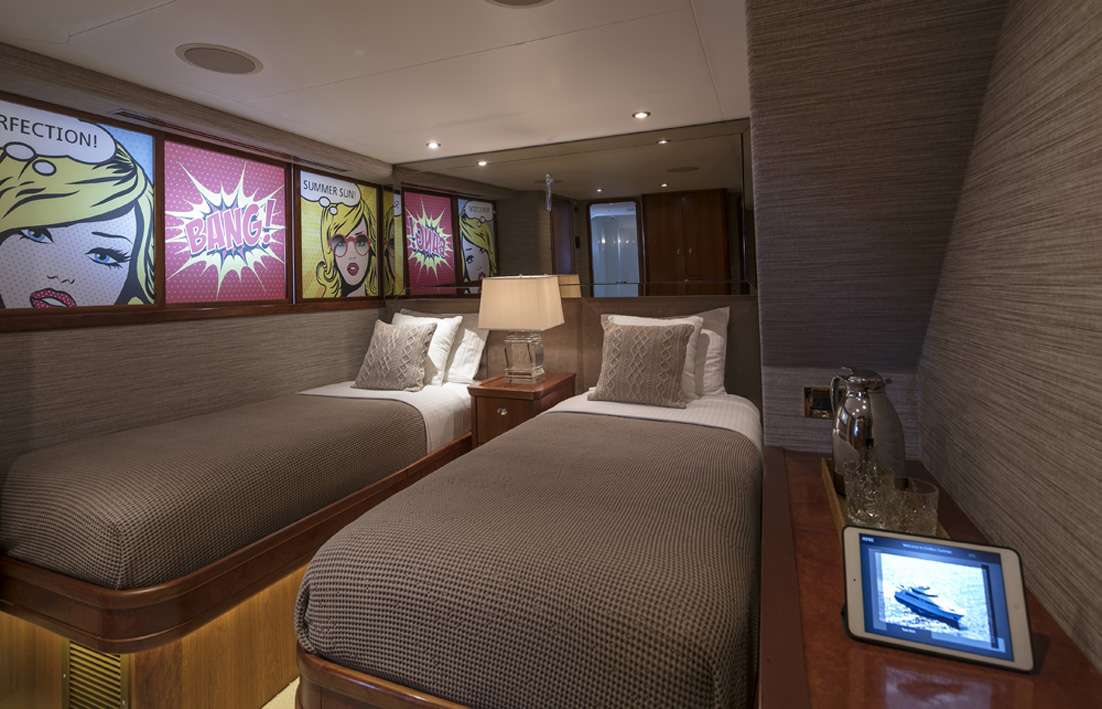 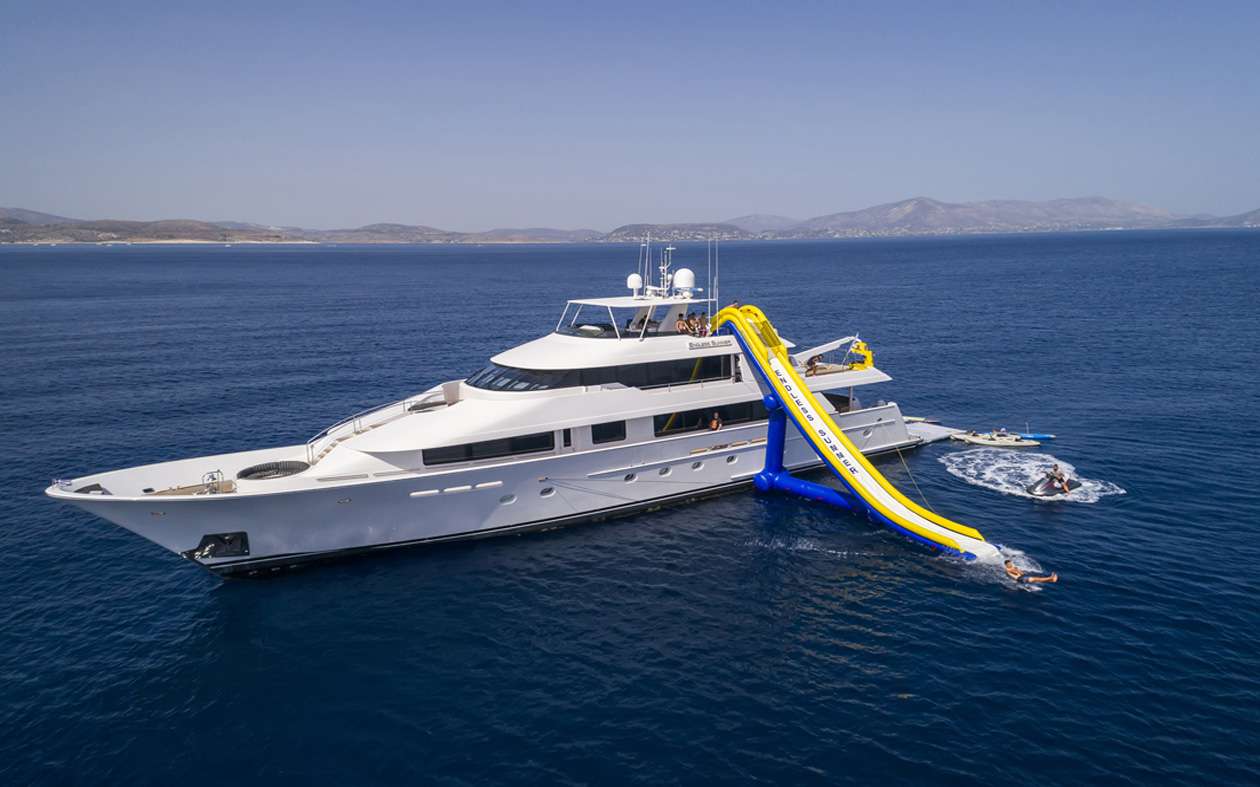 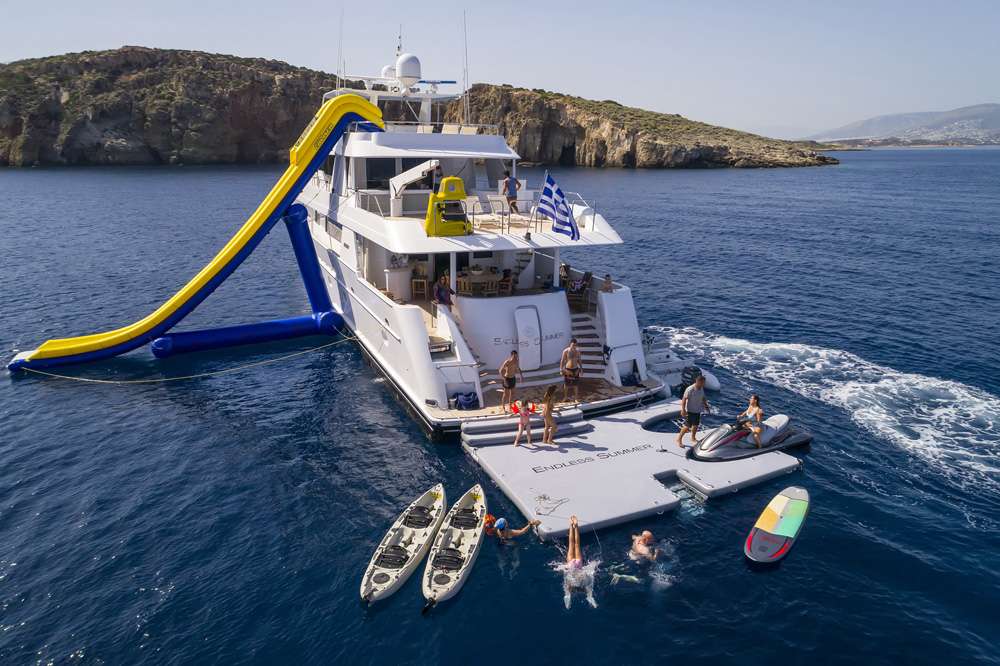 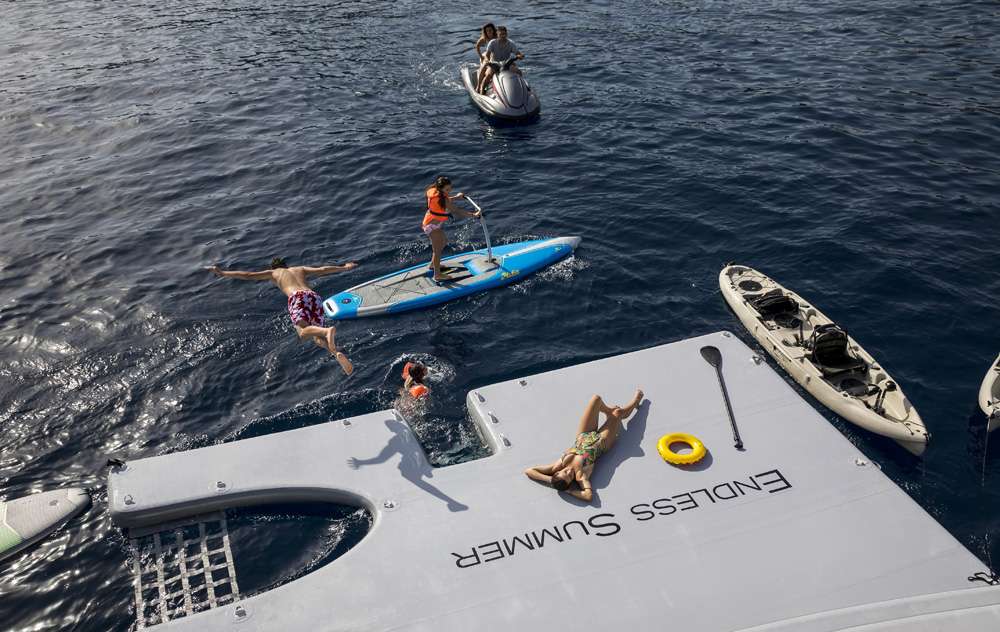 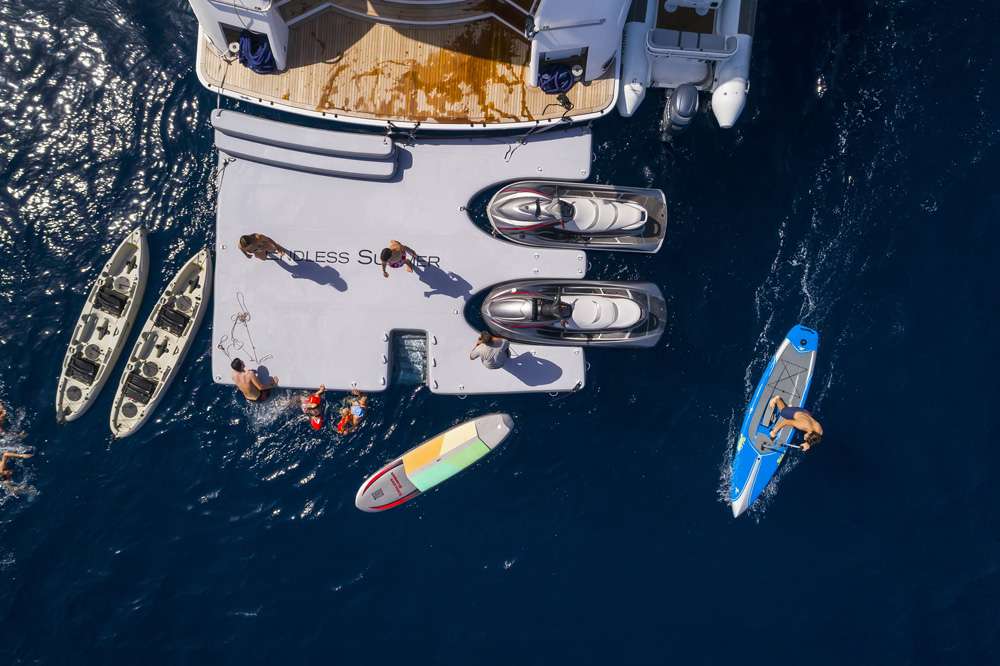 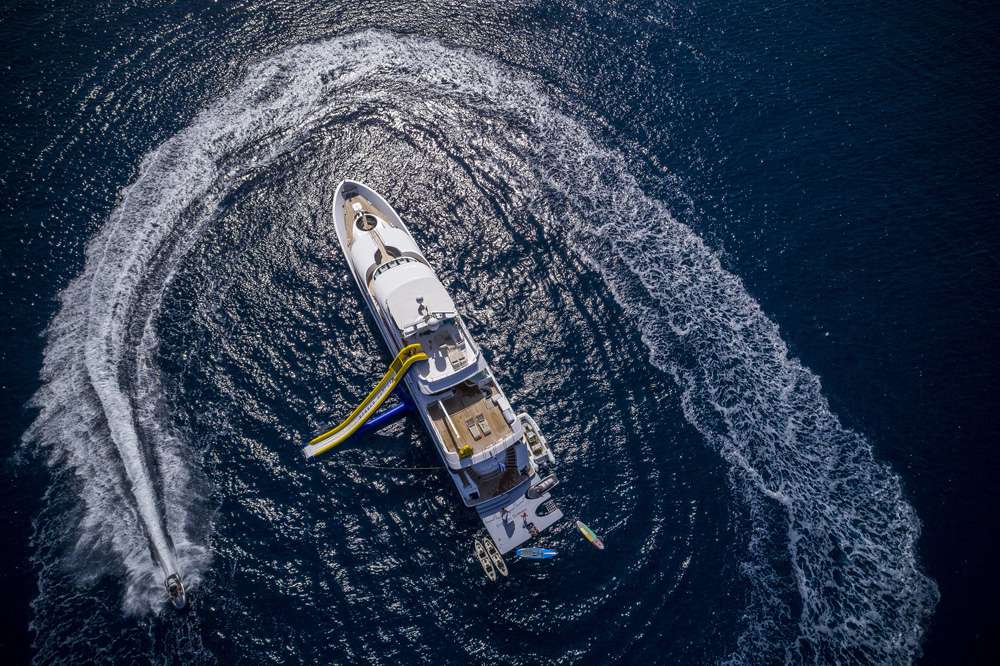 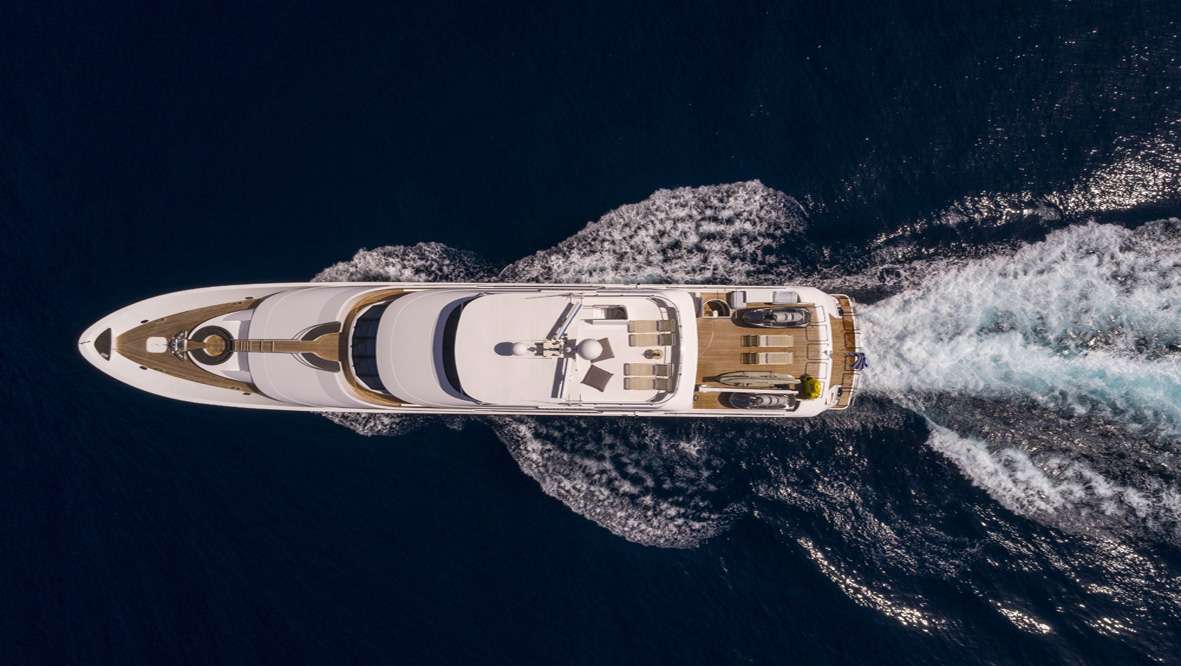 Captain Christos holds a Class A Certificate and is a graduate of the Merchant Marine Academy of Aspropyrgos. He initially commenced his career onboard crude oil carriers from 1978 to 1986, sailing worldwide and building experience and knowledge. He then shifted to large passenger vessels as Captain until 1994, and then further specialized his attention on tourism and the luxury yachting industry where he has been working since. This is his second year aboard Endless summer, and with his vast experience, knowledge and love for the sea , Christos ensures a beautiful cruise for his guests onboard! He speaks fluent English and is also the Secretary of a well-established Sailing Sports club since 2006. On his free time, he enjoys water sports, music, cinema, diving and finishing. Christos is married with two daughters.

Konstantinos graduated from the Academy of Skaramanga and commenced his career onboard large cargo vessels in 1989 as an apprentice, and has been at sea ever since! After traveling the world, he decided to focus on building a career in the yachting industry, and has been working with luxury motor yachts since 1997. His vast experience and love for his work has made Konstantinos an asset to the team. He ensures safety for all onboard, is highly professional, and has a number of skills suited to marine engineering work! It is his second year aboard Endless Summer alongside Captain Christos. Konstantinos is married and enjoys water sports and swimming on his free time.

A professional and organized team player, it is Loukas second year aboard Endless Summer, and is an asset to the team bringing his excellent communication skills and knowledge onboard. Loukas graduated from the University of Crete, with a Captain Class C diploma from the Merchant Navy Academy. He holds all required certificates such as SSO, Fire prevention and Firefighting, Security Awareness, Medical First Aid, Personal Survival Techniques and many more. Since 2008, Loukas has been at sea and loves to travel and take care of his guests onboard! During his spare time, he likes hiking, snowboarding, swimming, and wind surfing. He speaks English.

Fotis has been onboard luxury yachts for the last 4 years, and onboard Endless Summer for his second season. Prior to joining the yachting industry, Fotis had been working in high end restaurants and hotels for the last 24 years! Specifically, he has been Head Chef since 1995, proving to be an exquisite Chef from a very young age. Fotis takes great pride in his creations, and pays important attention to detail. He covers a range of different cuisines professionally, and prepares delicacies leaving guests with flavors to remember! Fotis passion for gastronomy, combined with his exquisite culinary skills and his love to meet his guests’ expectations, create a brilliant result and an experience to last a lifetime. On his free time, he enjoys
sports, swimming and experimenting in the kitchen! He also speaks English.

Anna’s nurturing character makes her the ideal Stewardess, always ready to take action and care for her guests onboard. She commenced her studies to become a nurse from 2004 – 2006, then switched to the hospitality business and then later the yachting industry in 2014. It is her first season on Endless Summer, and her social, polite and responsible nature, along with her love for travel at sea make Anna a very professional and attentive team-player. She speaks English and Greek. On her free time, Anna loves to read and write literature, cycling, dancing and of course, traveling.

Zoi is a very efficient and hard-working individual, with excellent communications skills and a a very professional background at sea. Zoi graduated from the Merchant Marine Academy and holds a Captain Class C diploma, along with numerous certificates such as Advanced Fire Fighting & SSO. She worked onboard cargo vessels from 2011, gaining a vast and precious experience. Zoi decided to also experience the yachting industry, and started working on luxury yachts since 2016. This is her first year on Endless Summer and is very dedicated to her duties onboard. On her free time, she enjoys water sports, cooking and gymnastics. She speaks English.

Dimitris has been in the yachting industry for numerous years, and is a very experienced and knowledgeable. He loves the sea, the sun, and is a people person, always ready to take care of all onboard and help his guests enjoy the water equipment, safely and soundly. Dimitris is a hard worker, and enjoys winding down during his spare time with fishing and swimming. It is his first year onboard Endless Summer and speaks English.

Ilias Rifounas was born in Athens, Greece and is 36 years old. Ilias is an architect, however decided to follow his roots, as his family is made up of generations of sea men! It is his third year onboard Endless Summer and is now familiar with the sea life, and looks forward to building a career and expanding his knowledge. He loves people, traveling and has a friendly personality. Ilias speaks English and on his free time enjoys reading and swimming.