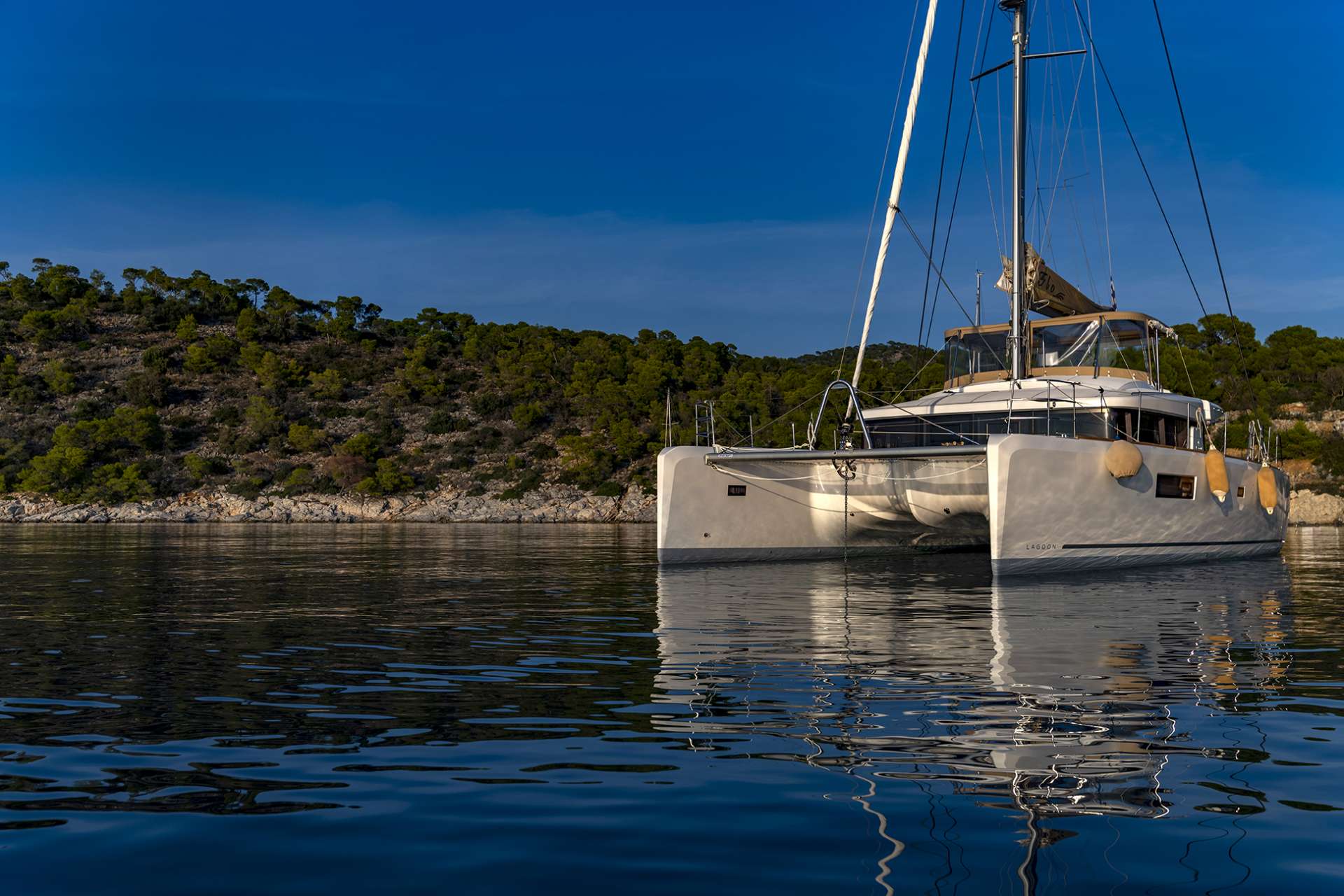 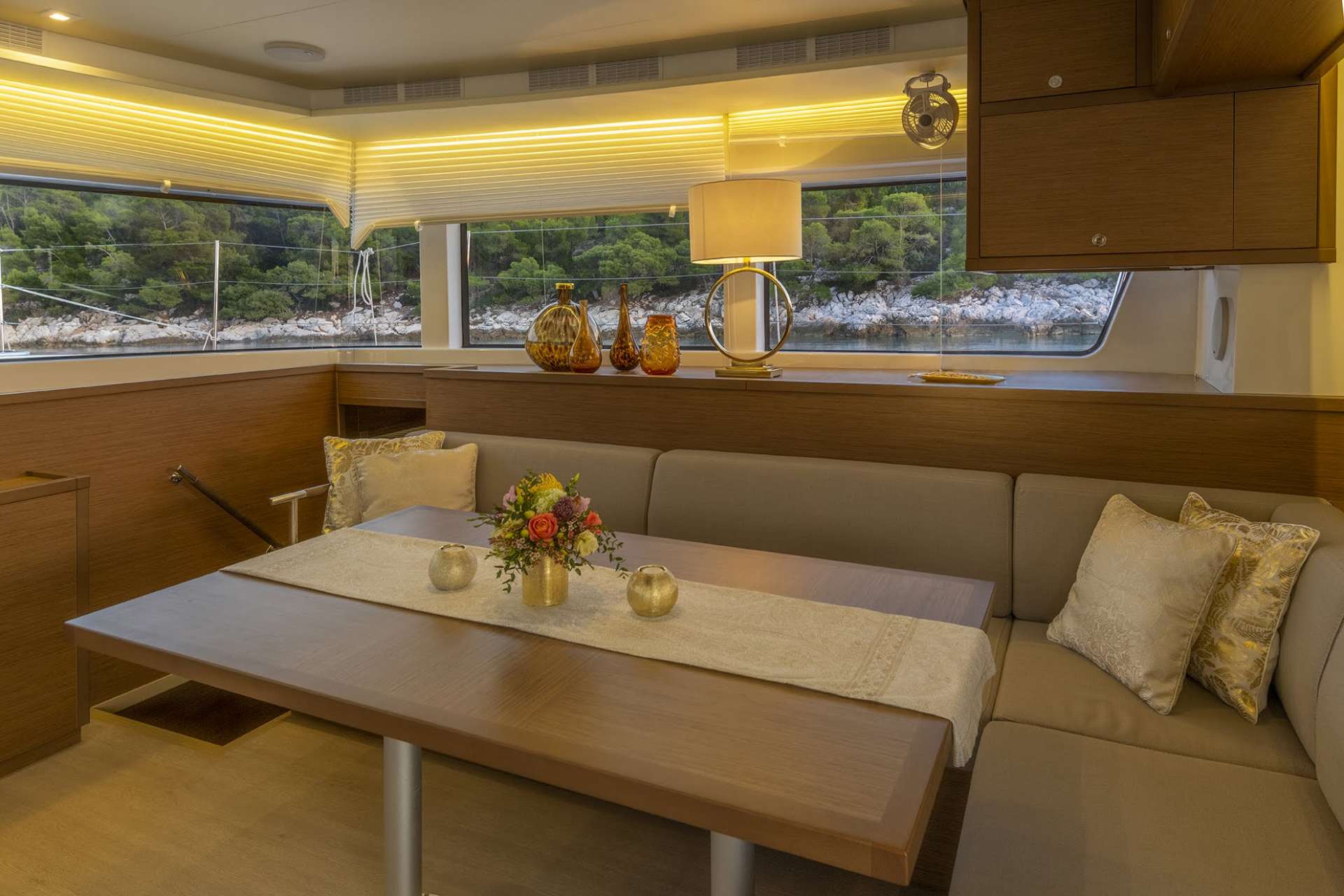 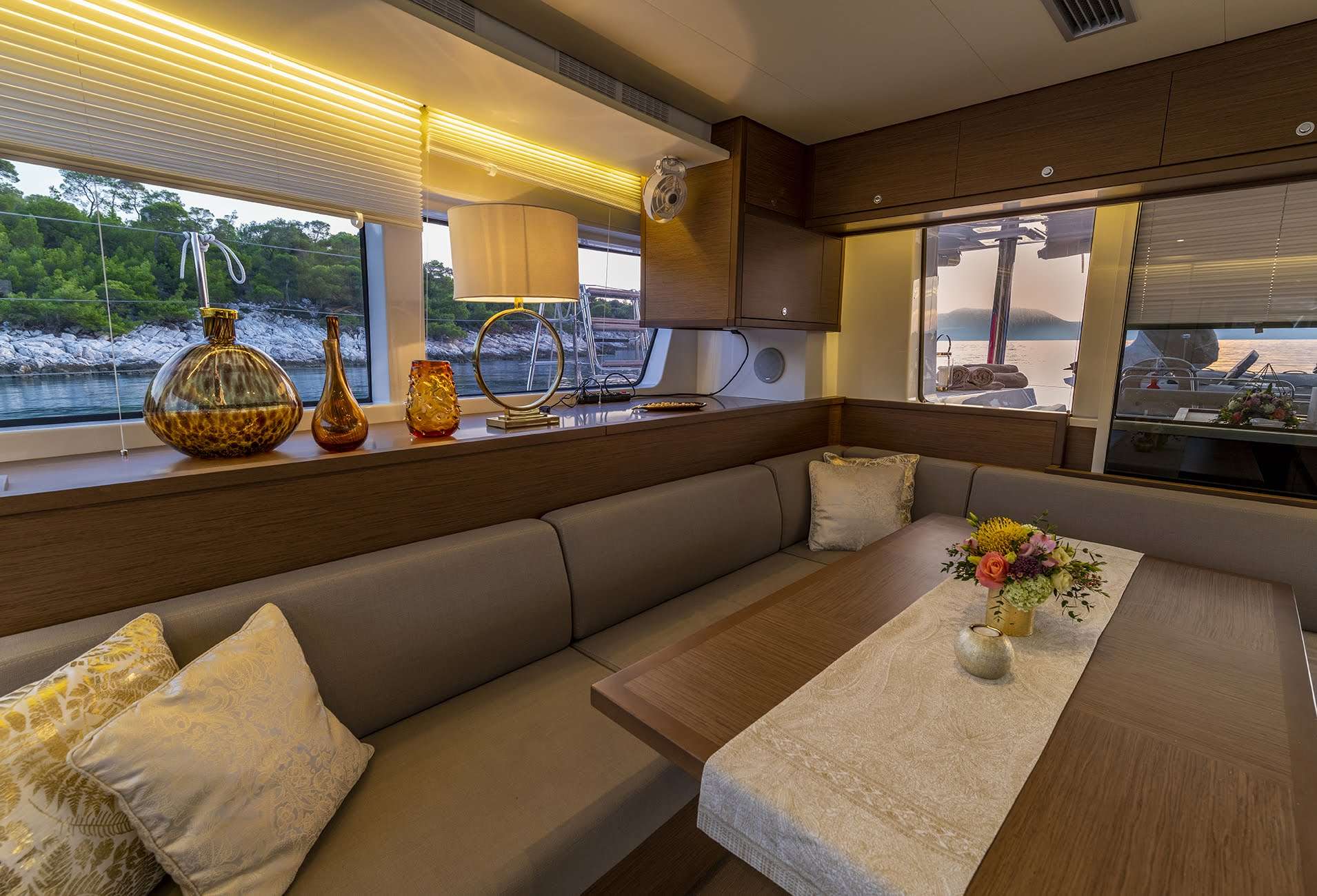 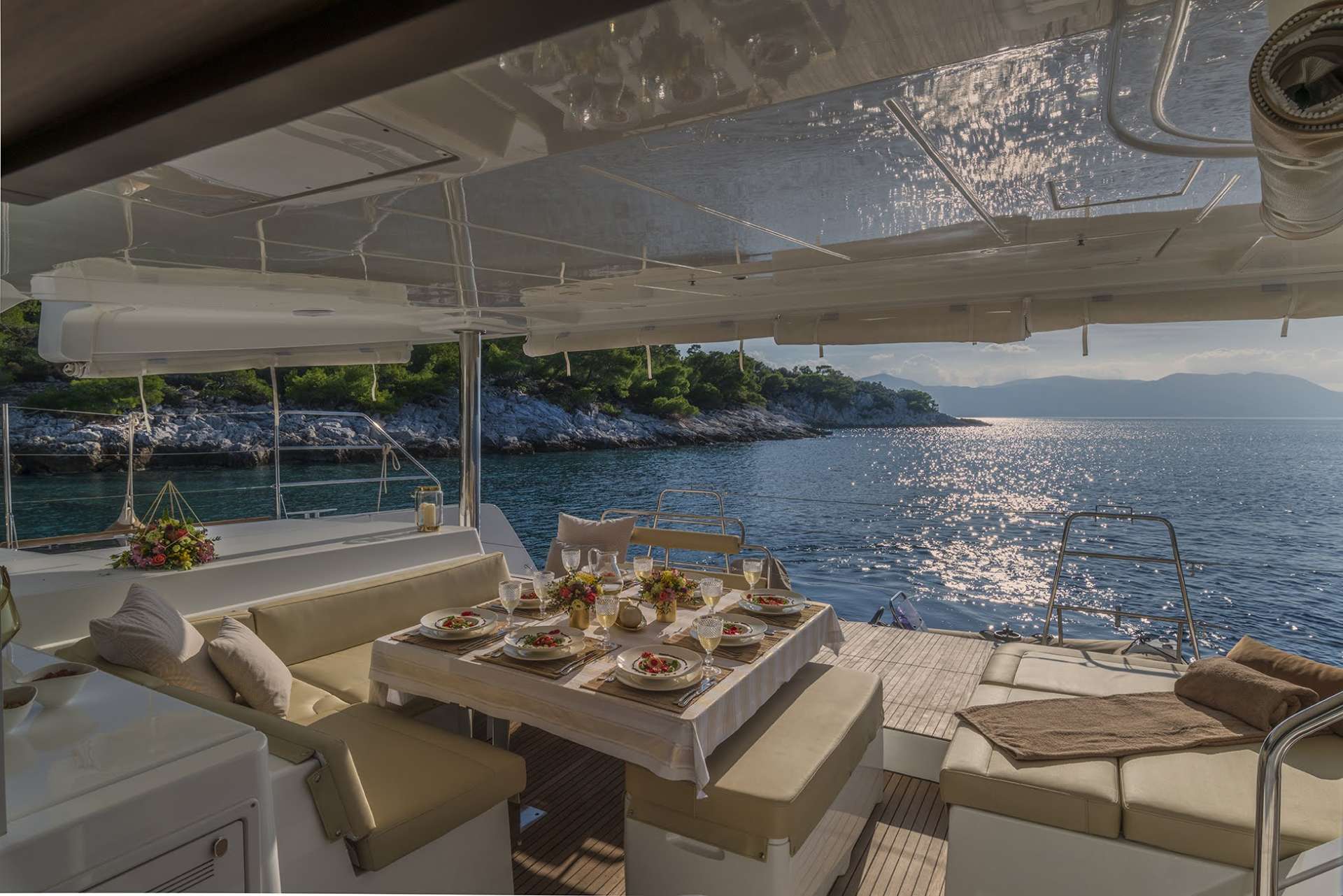 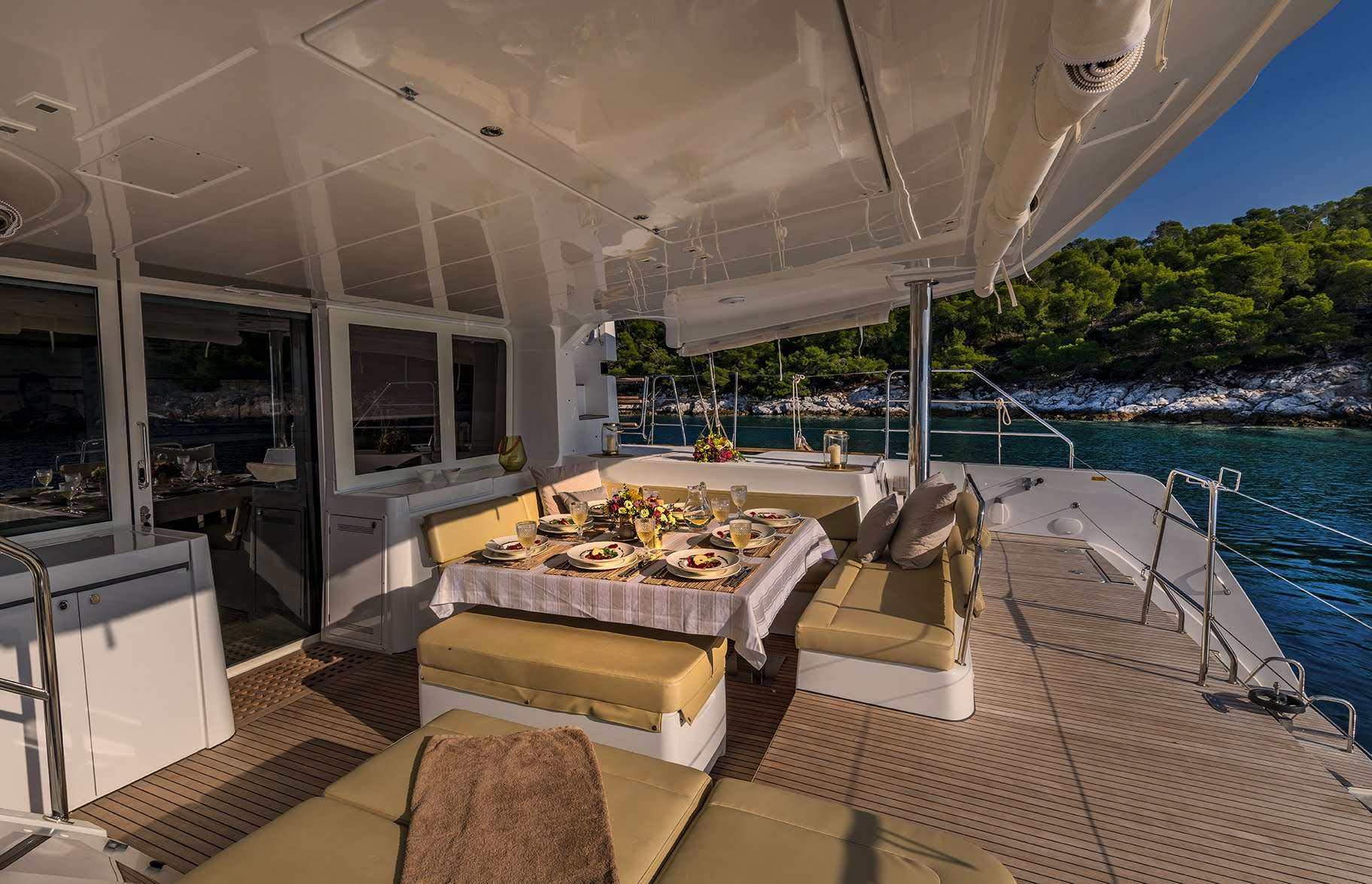 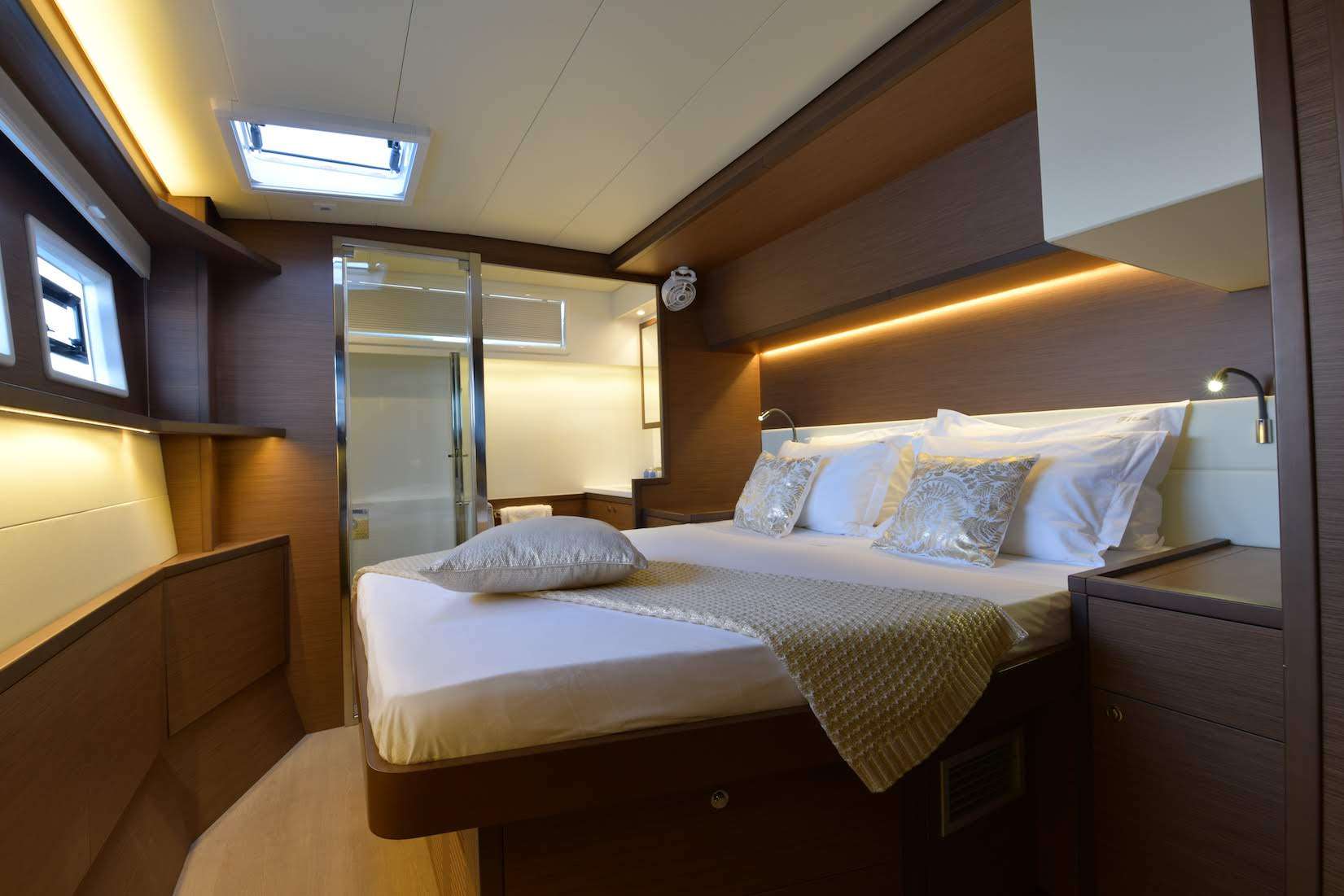 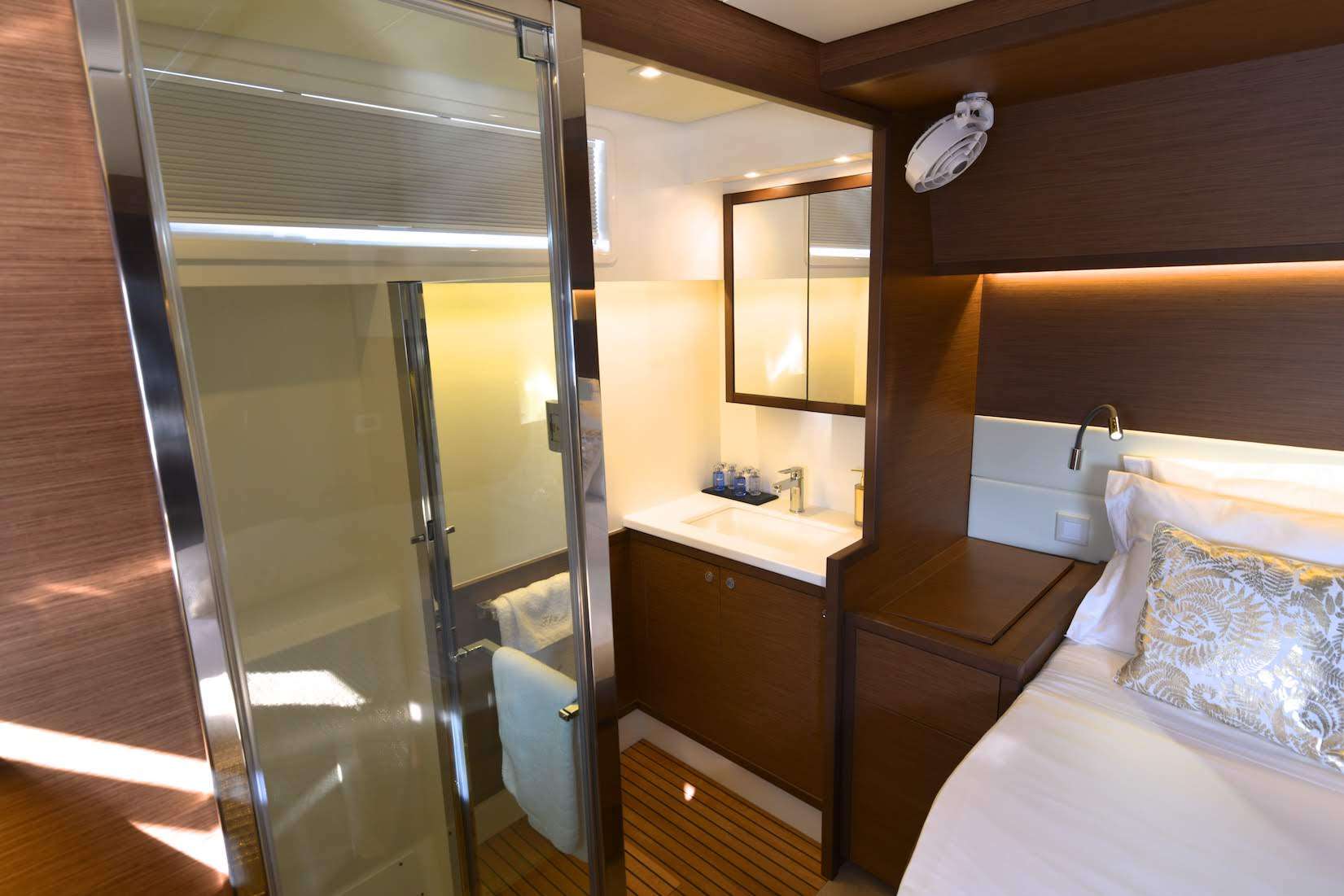 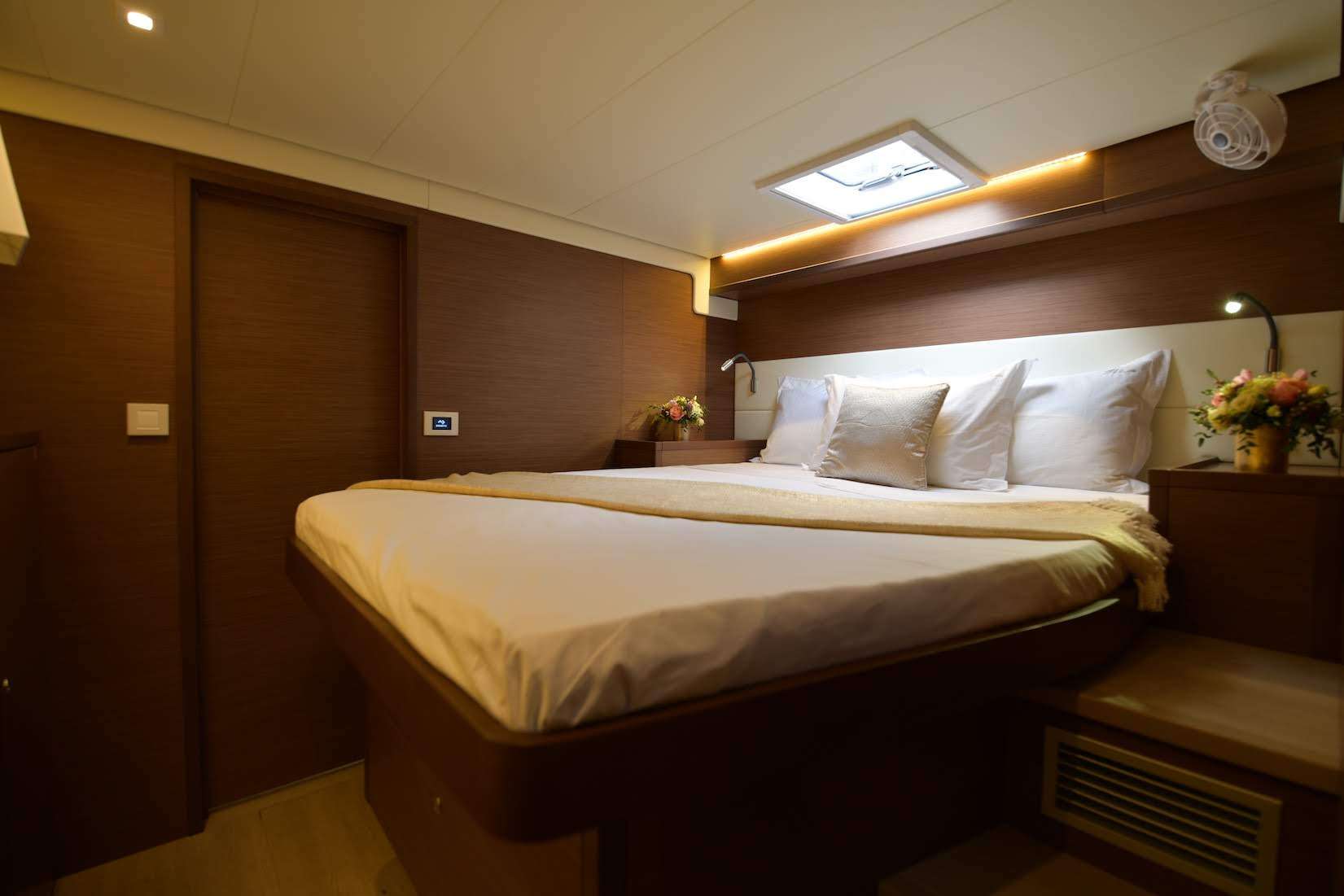 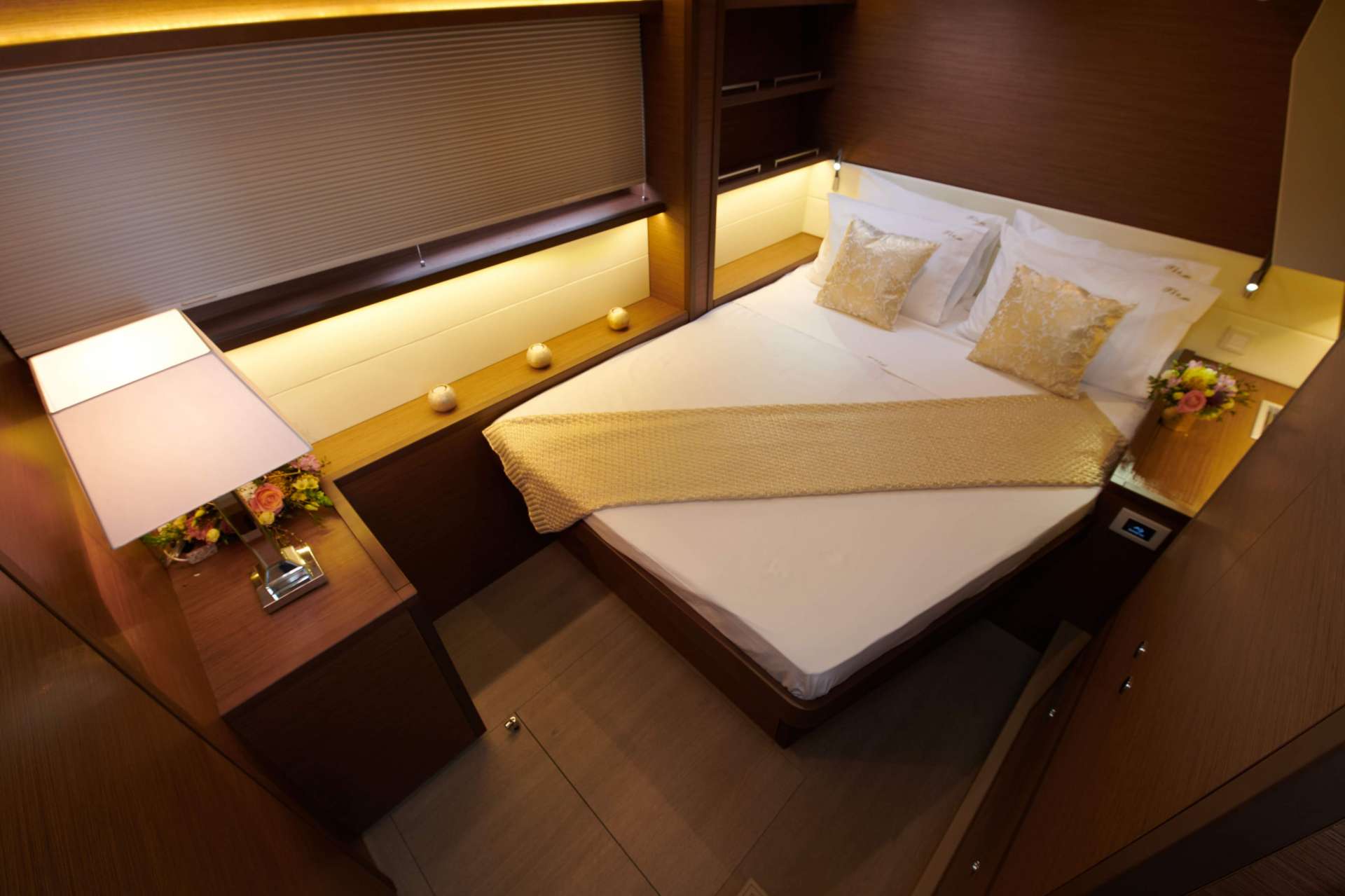 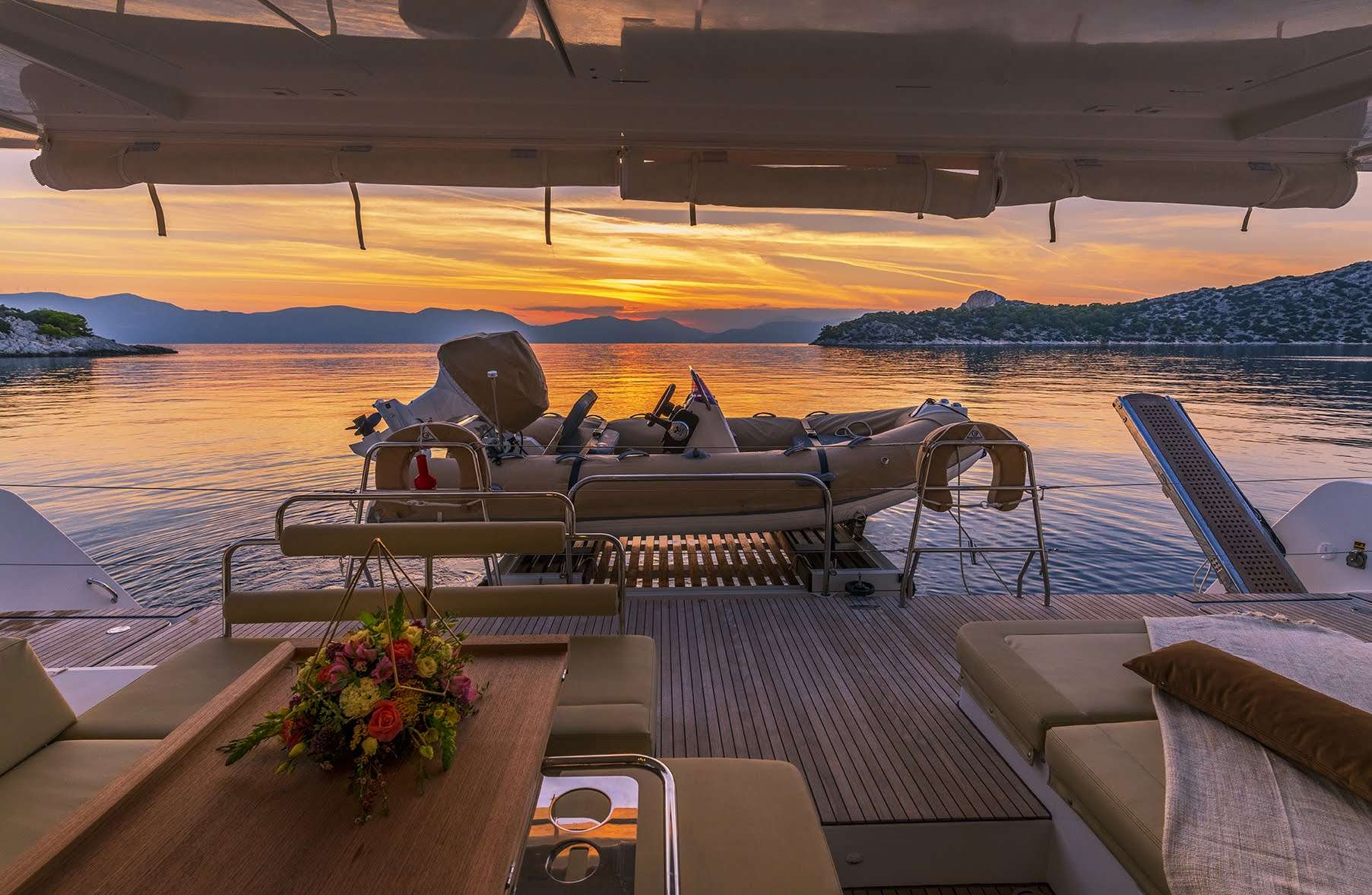 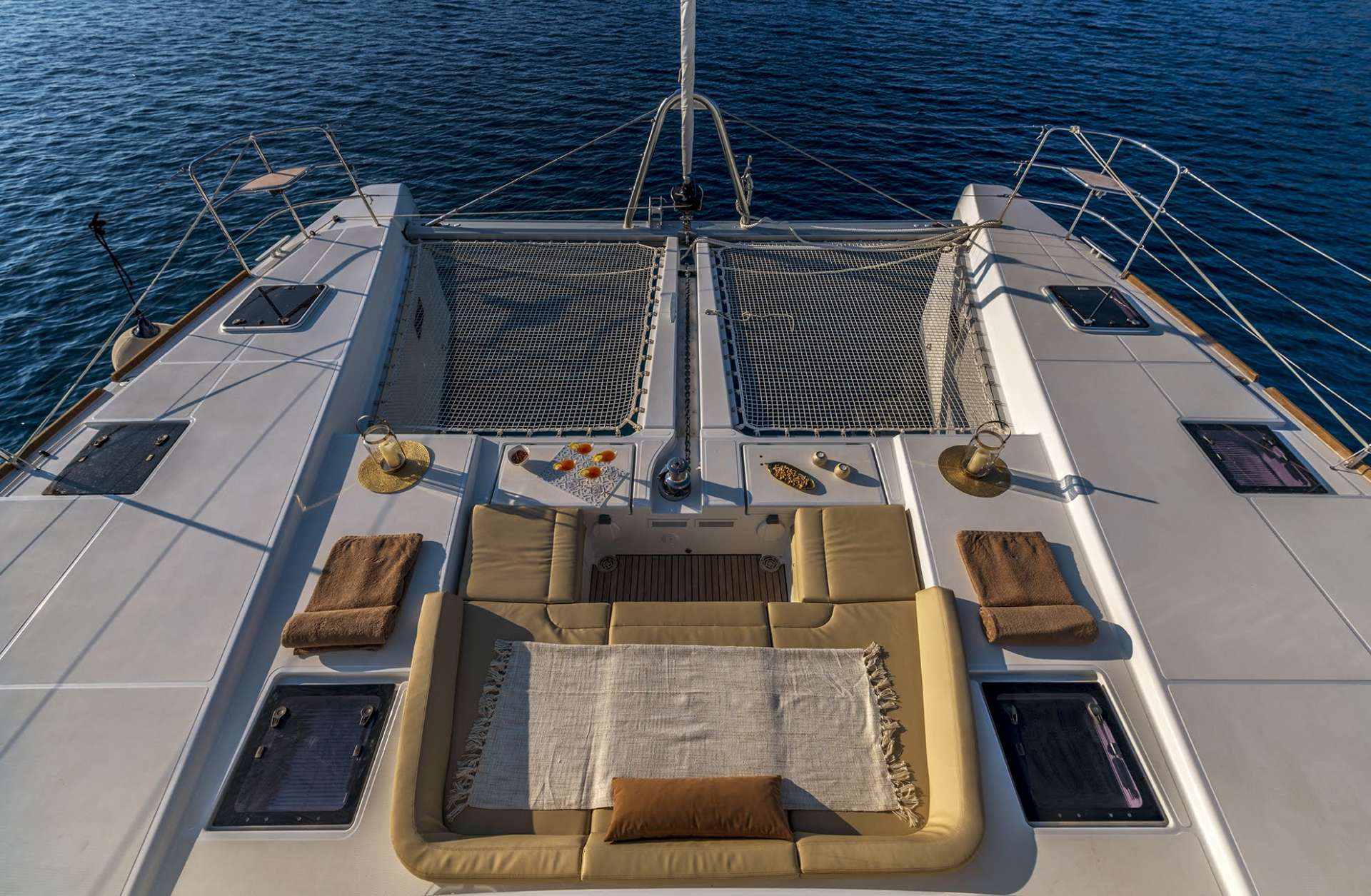 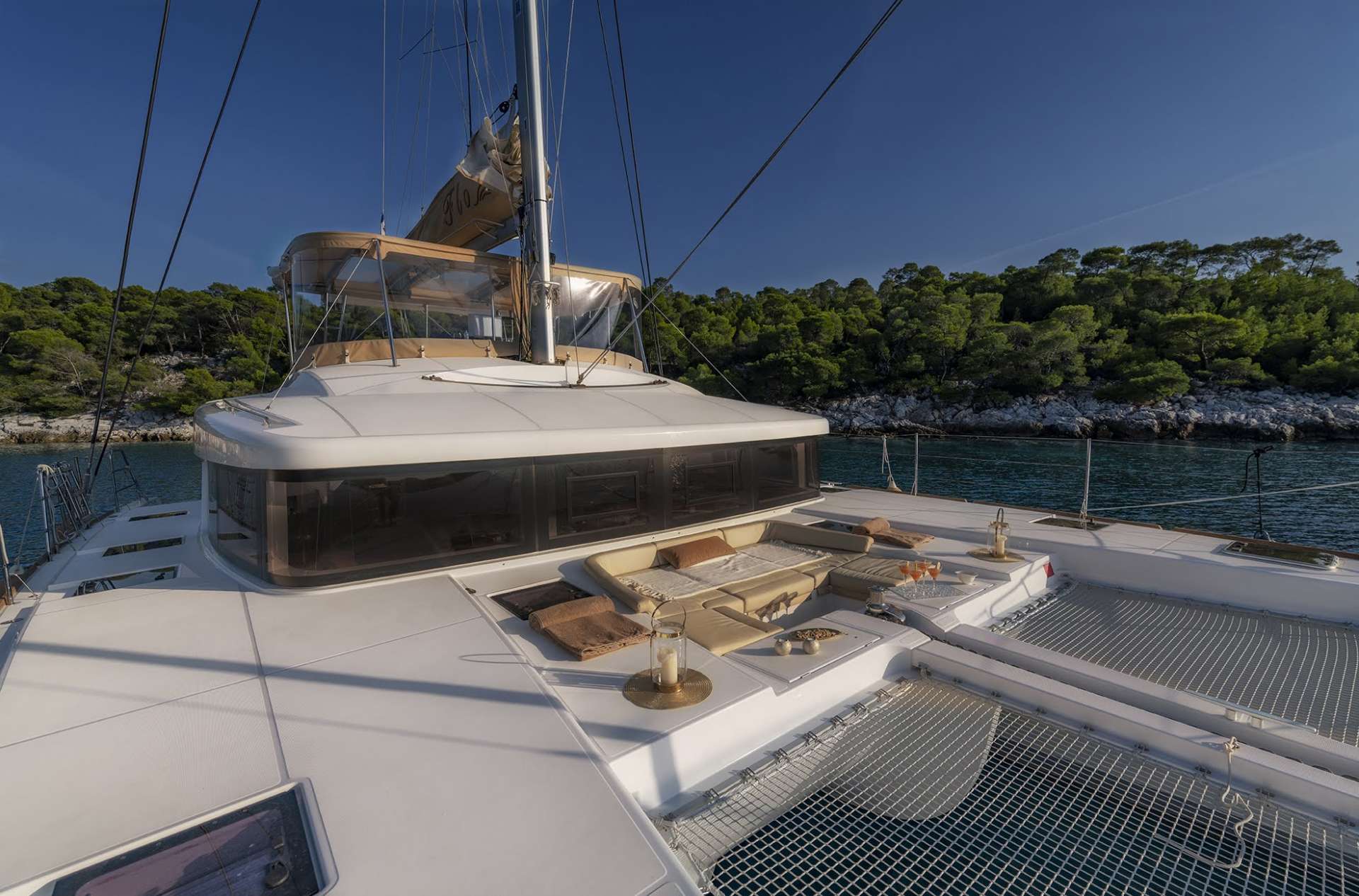 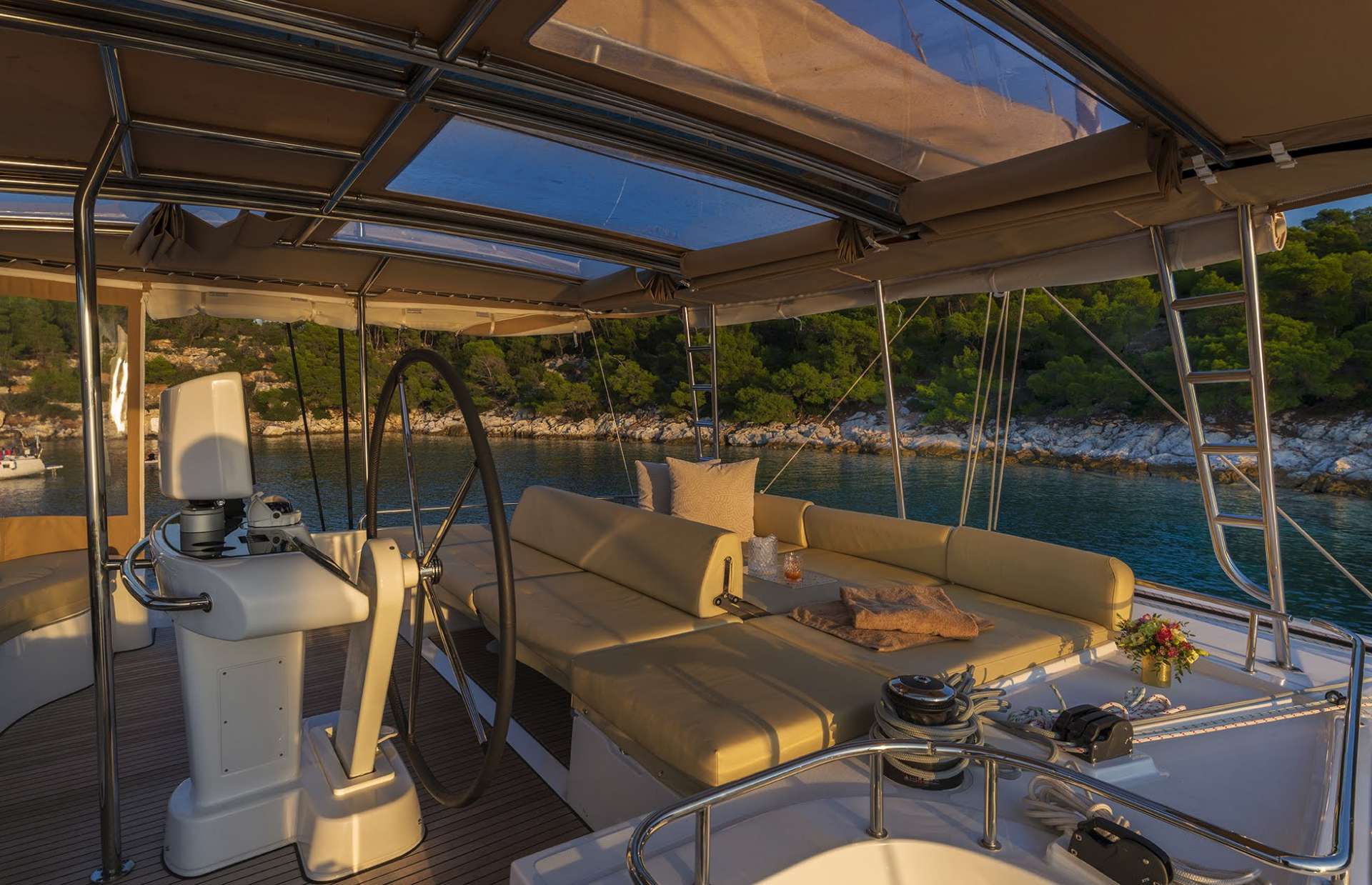 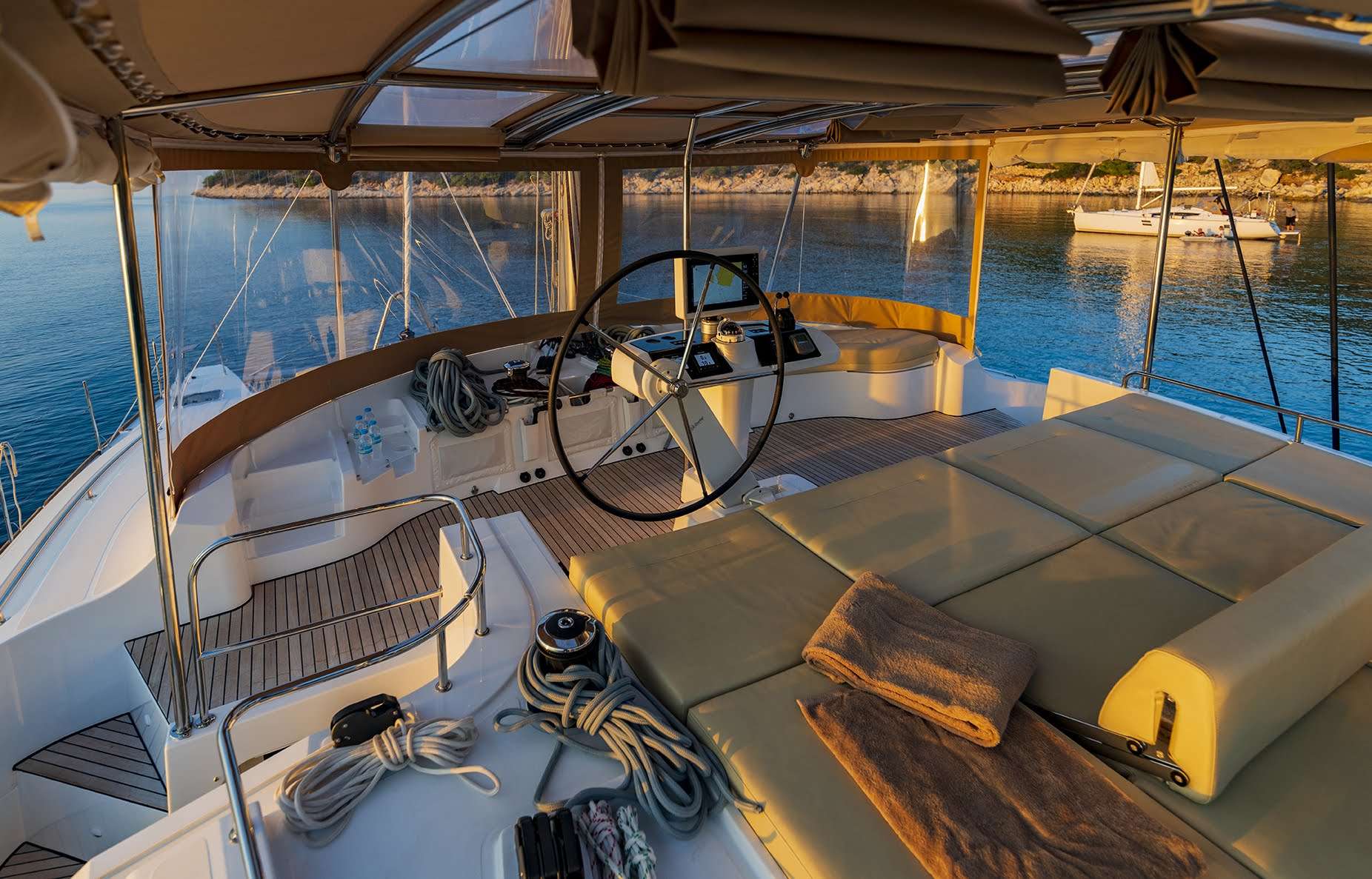 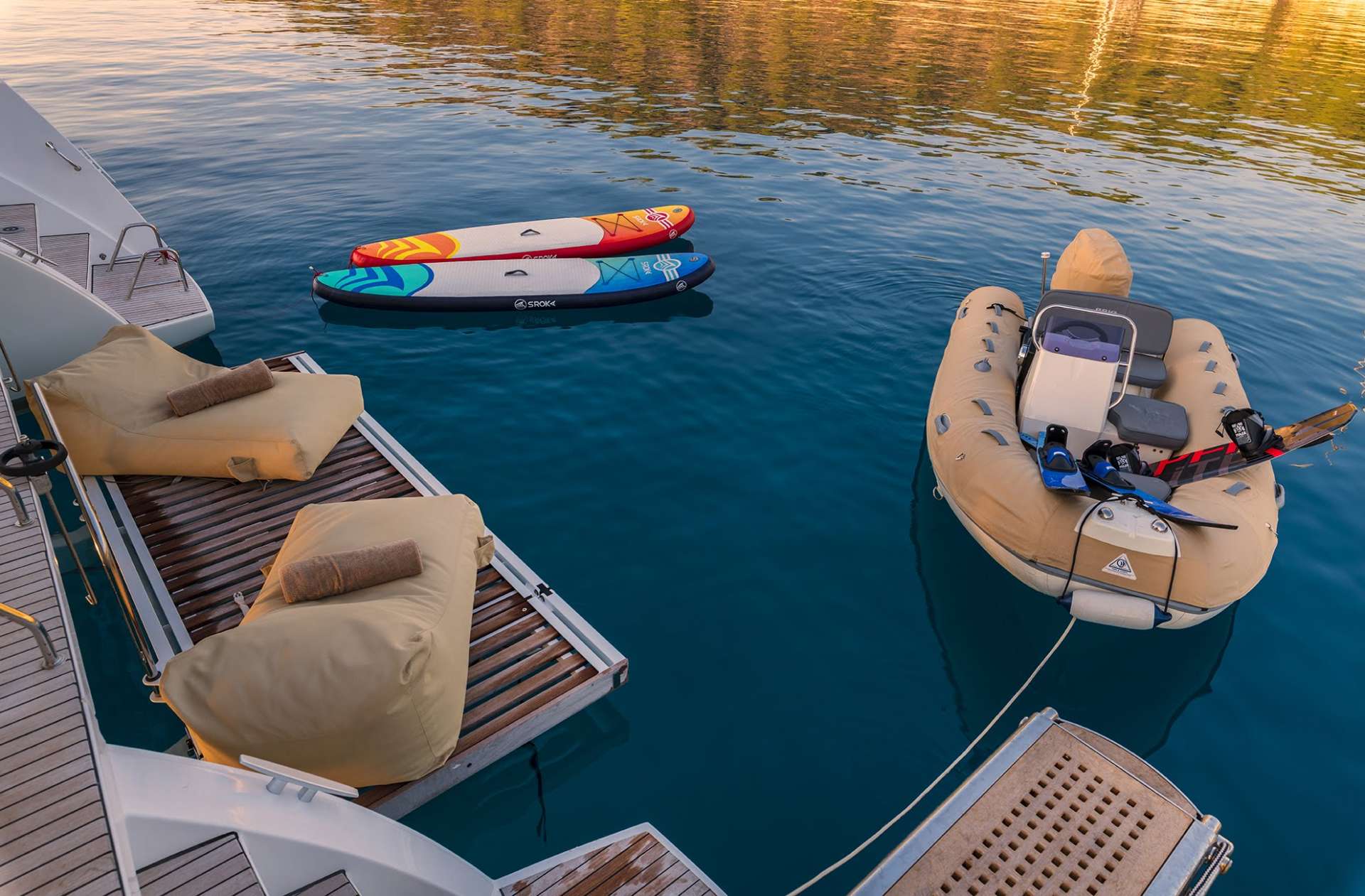 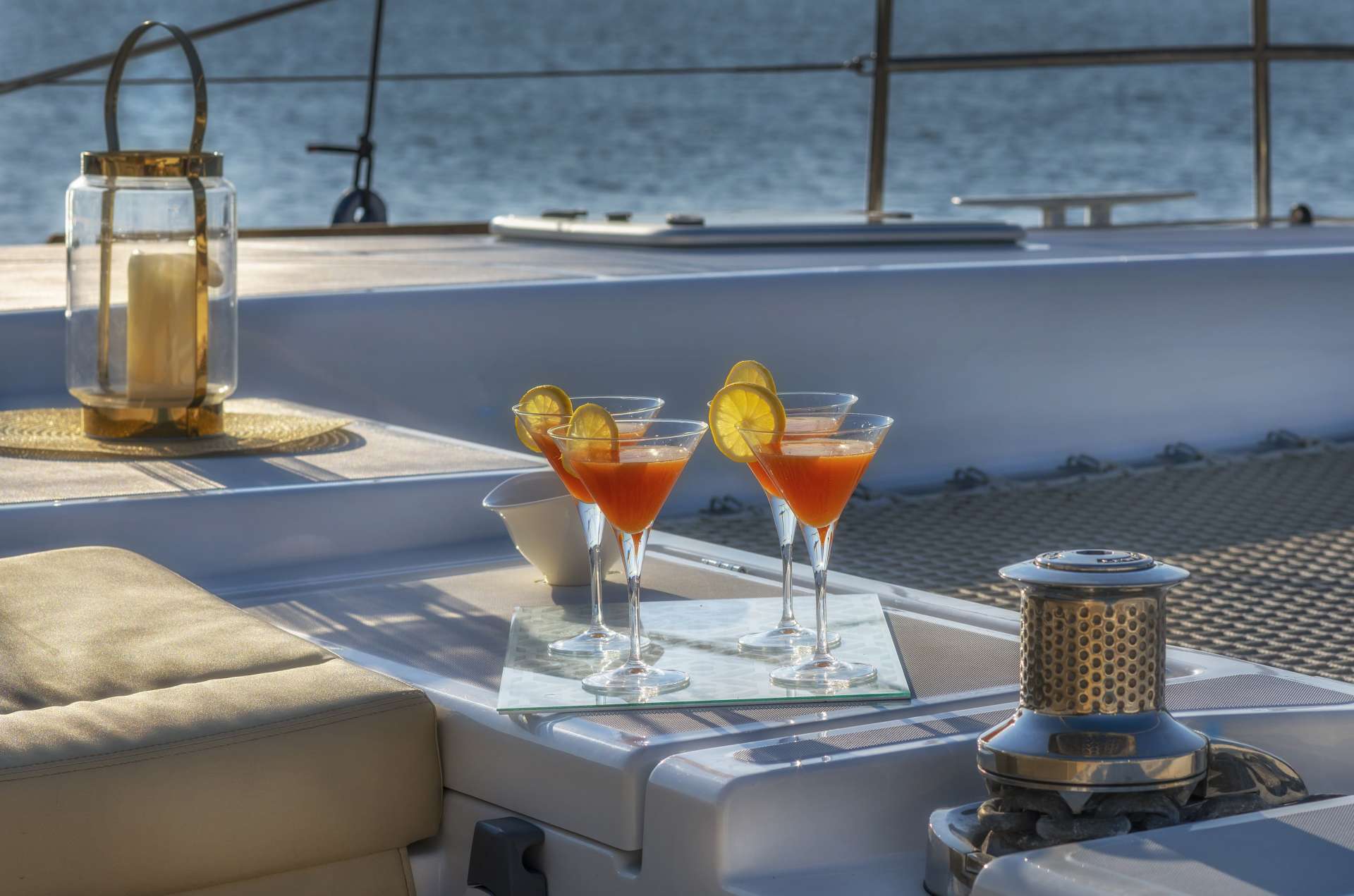 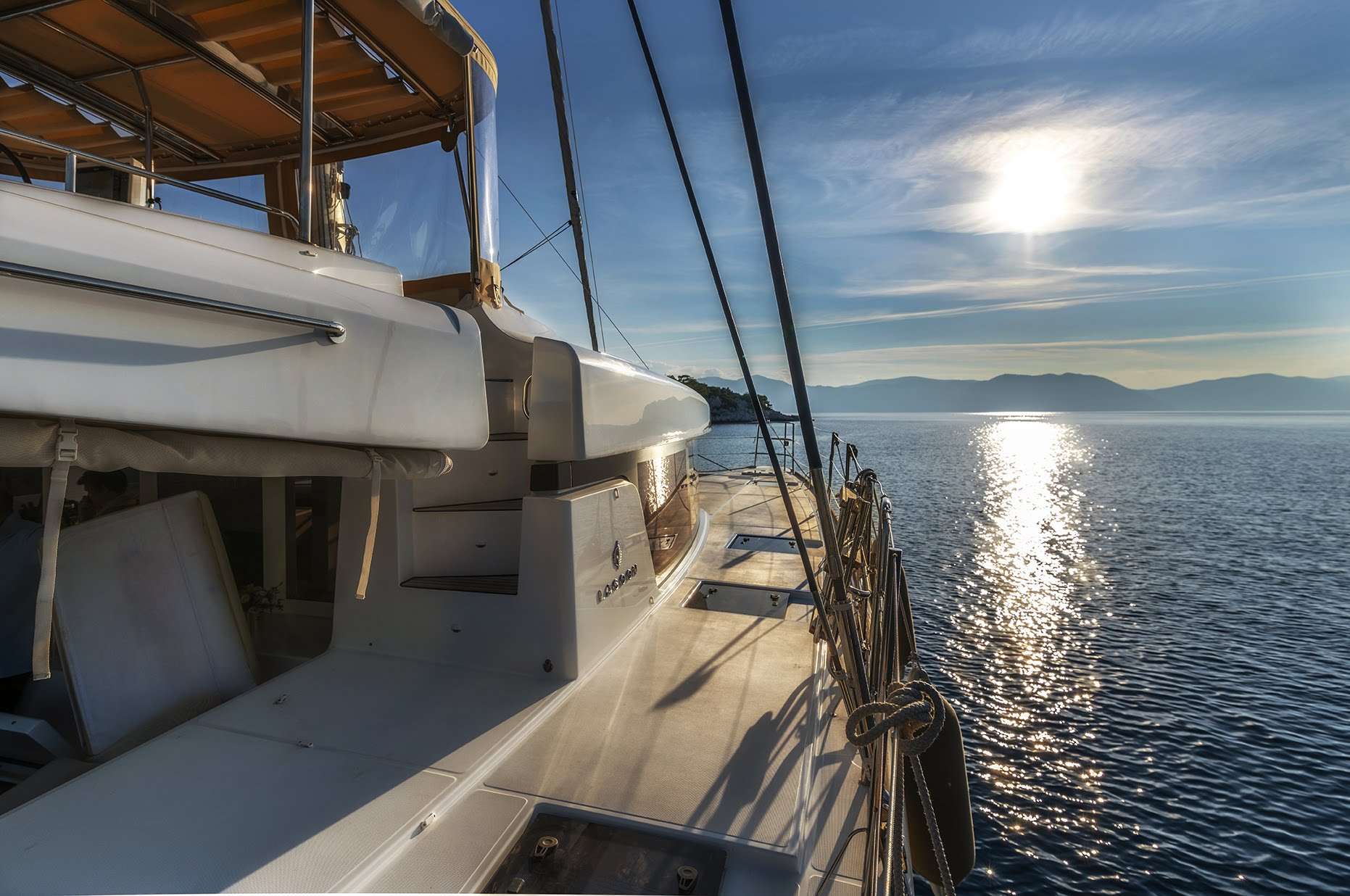 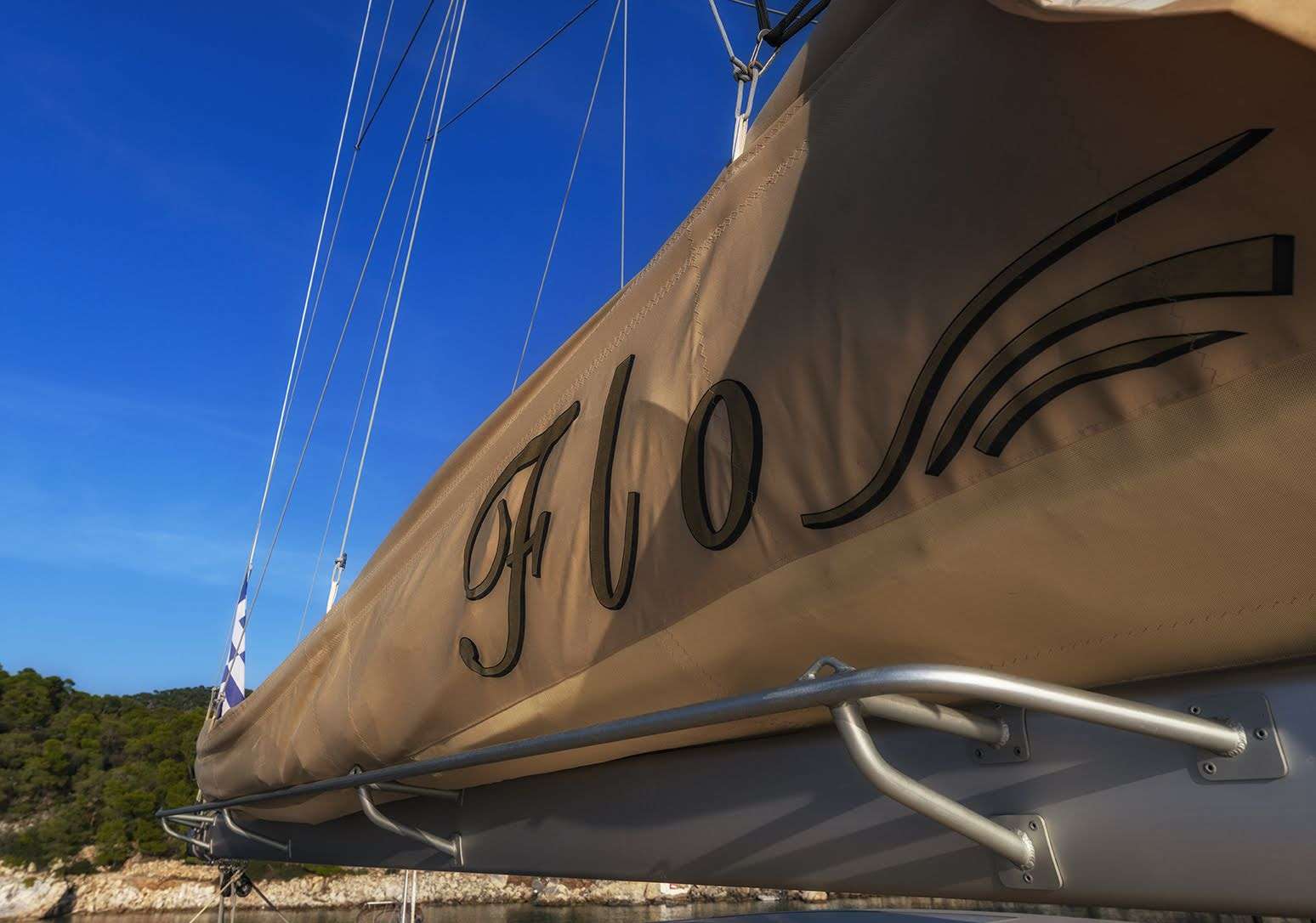 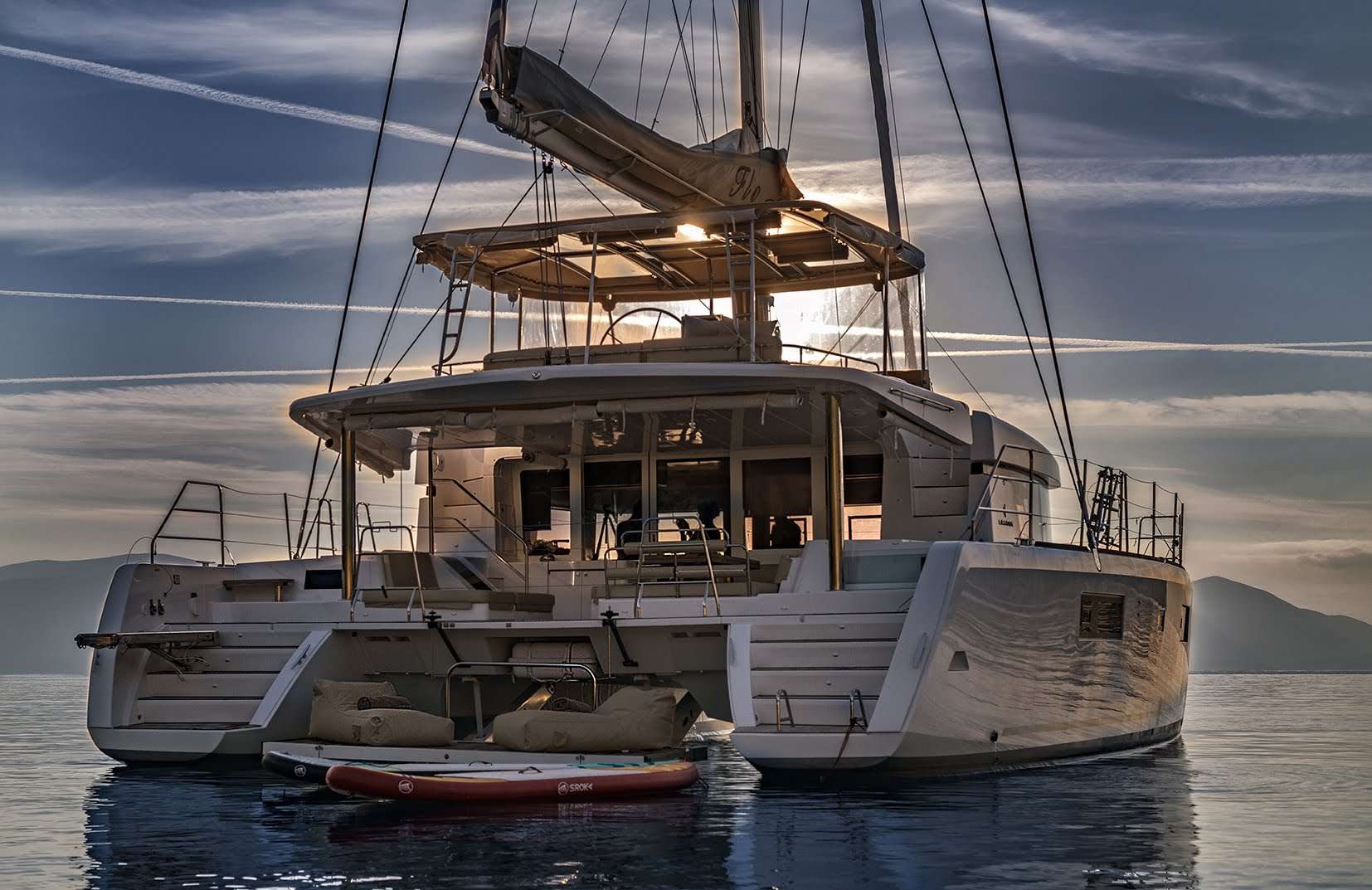 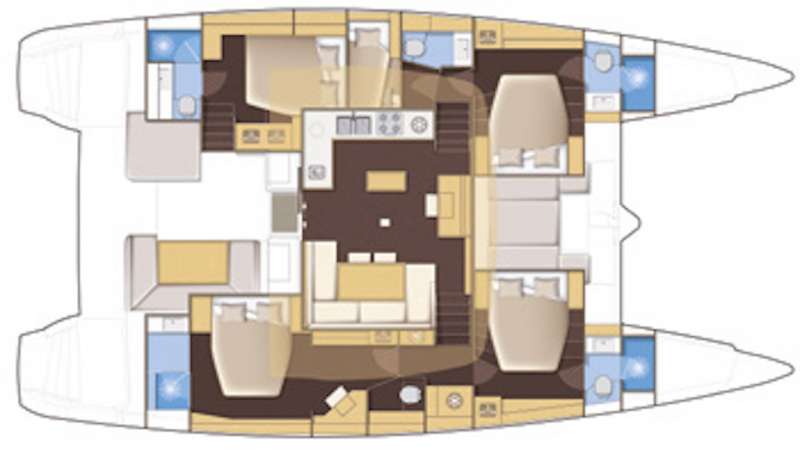 Captain: Christos Spanos
Christos was born in 1990 and is a father of 2 from Thessaloniki in the north of Greece. After spending 8 years working as an engineer, his love of the islands and sea led him into hospitality and the yachting world.

Starting in 2015, Christos began increasing his sailing knowledge and experience joining GLM Santorini Sailing company as a crew member on daily charters. After a few seasons, he began as a skipper for weekly monohull charters in Naxos. In 2019, he was back to Santorini working as skipper for catamaran day charters.

He’s excited to be joining Flo and showing guests the gorgeous islands and hidden gems of Greece!

Chef: Ioanna Korosi
Ioanna was born in 1988 in beautiful Thessaloniki in the north of Greece. She began her hospitality career in 2009 when she worked in several hotels over several seasons on many islands in Greece, such as Kos, Crete, and Mykonos.

She was fortunate to spend 2 years as a sous chef working alongside some of the best chefs in Greece; then, she continued as a sous chef in Allen, Germany to continue her work abroad. Upon returning to Thessaloniki, she took on the role of Head Chef at Frutti di Mare.

Her passion for cuisine and love of Greece are pushing her to explore her abilities in the yachting world. As the chef on Flo, she will bring her love of food and exceptional hospitality to her guests to ensure a holiday they will never forget!

Stew: Panagiotis (Panos) Prapas
Panagiotis or Panos was born 1990, in Lamia in central Greece. His career in hospitality began in 2014 when he worked as a barman at the Katoikies Hotel in Santorini. The following season, he continued as a barman for the same hotel company in Mykonos.

In 2019, he jumped at the opportunity to start his yachting career as a steward aboard a catamaran in Santorini.
With his love of the water and islands of Greece, he’s now joined the crew of Flo.
As stew, he brings excellent service and and his skills in bartending will be certain to dazzle his guests. He’s quite the addition to Flo… and for obvious reasons!