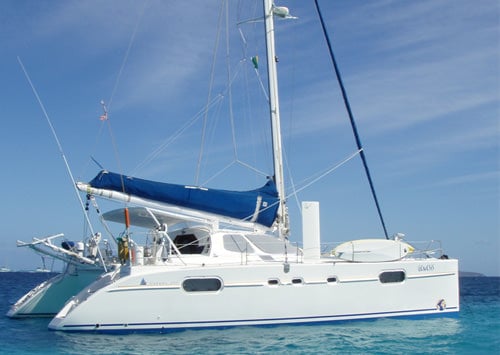 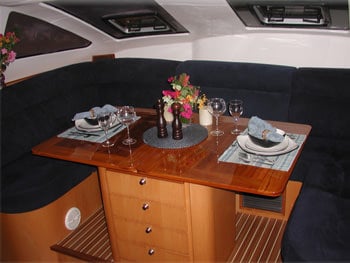 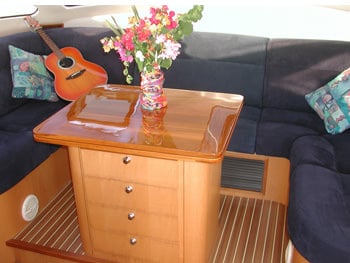 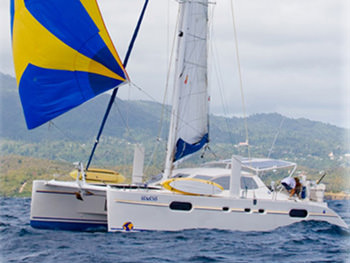 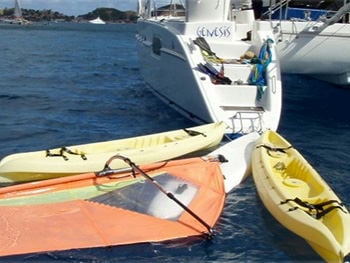 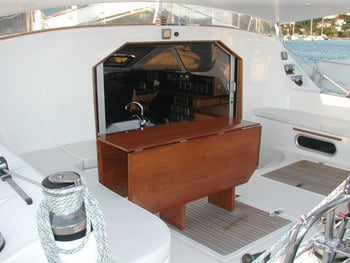 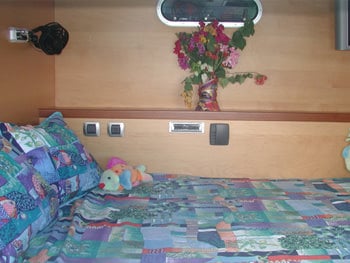 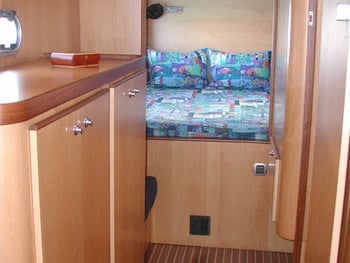 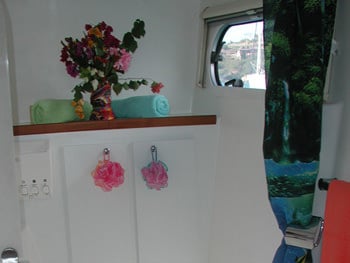 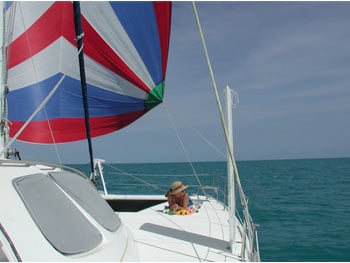 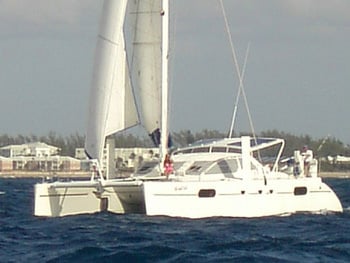 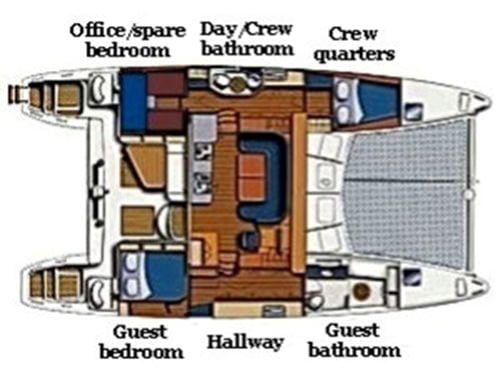 One of the hulls dedicated to the guest. King berth in aft cabin and oversized bath head/shower 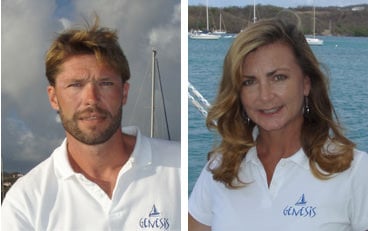 Captain Stejskal was born in the landlocked country of Czechoslovakia. He eventually found his way to the sea to attend the Maritime Academy of the Ukraine. It was here on the black Sea that Petr fell in love with sailing. In 1989 he graduated with a Masters Degree in Marine engineering and headed out to sea.

For the next several years he traveled all over the world on merchant ships as an Engineer Officer. In the early nineties Petr moved to the United States where he founded and operated a yacht service company. When he wasnt working he was sailing . . . taking trips to the Bahamas, Gulf of Mexico and the Florida keys.

A few years ago Petr heard the call of the Caribbean, packed up the shop and sailed to the Windward Islands to do what he loves best. He spent the better part of his time there exploring the jewels of the Caribbean. Now he would like to share these treasures with you.

Petr has over fifteen years of experience as a skipper. He holds a Captains License, A Merchant Marine Document and licenses in First Aid/CPR, Marine Radio and Amateur Radio. He speaks fluent English, Russian and Czech.

Tracy was raised in the rolling hills of North Carolina. She eventually made her way to the East Cost to attend college. Disregarding her parents wishes to return home for summer break, Tracy eagerly accepted a cooking position aboard a sailboat in the enchanting waters of the Bahamas.

While in the Bahamas, she learned to prepare conch (known as lambi in the West Indies) and to catch, clean and cook the Catch of the Day Caribbean style. She was Hooked! Every summer thereafter she could be found sailing about the islands.

Even after graduating with a degree in Marine Biology, Tracy chose to continue creating culinary delights aboard yachts in the Caribbean. She returned stateside and for the past fourteen years has worked exclusively as Chef/Mate on a privately owned yacht.

Now, Tracy your own personal chef invites aboard GENESIS and looks forward to tempting your taste buds with exotic and intriguing Caribbean flavors. All you need to bring is your appetite.