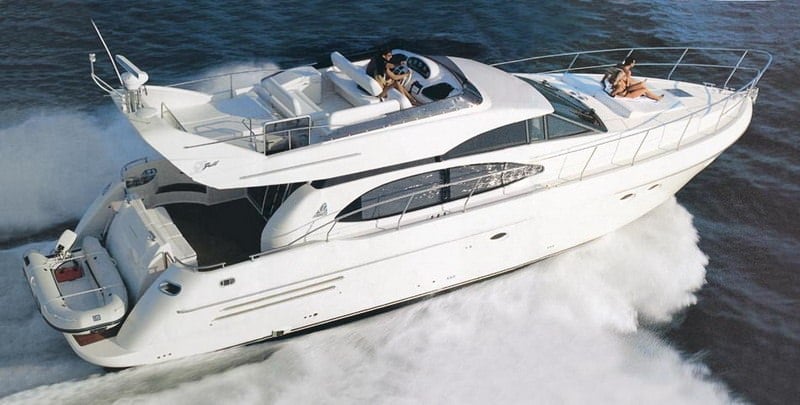 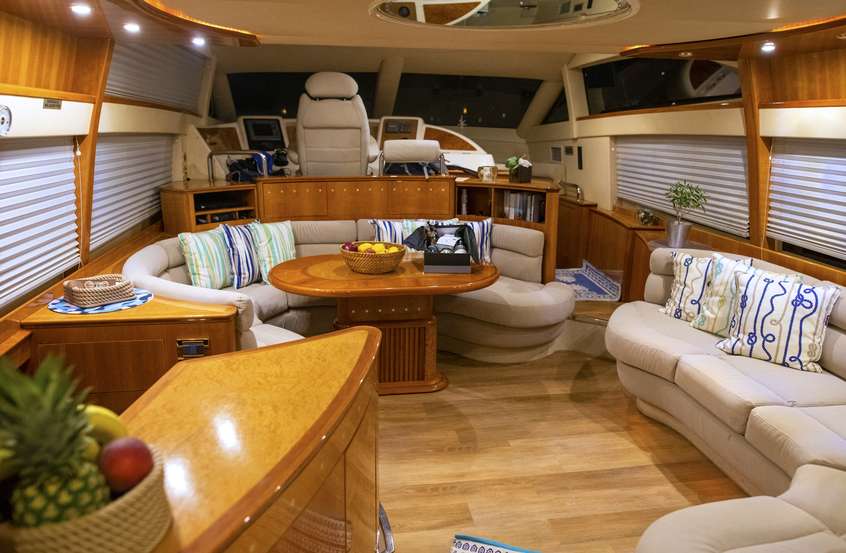 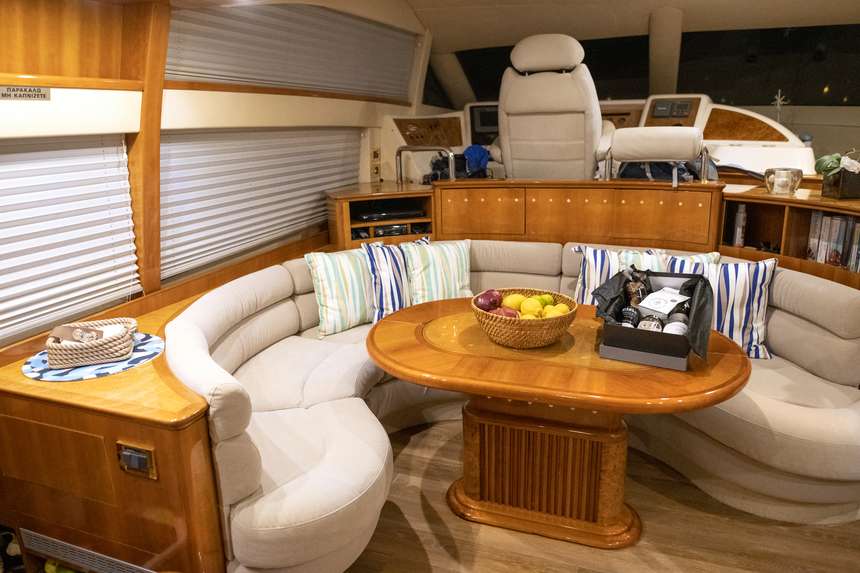 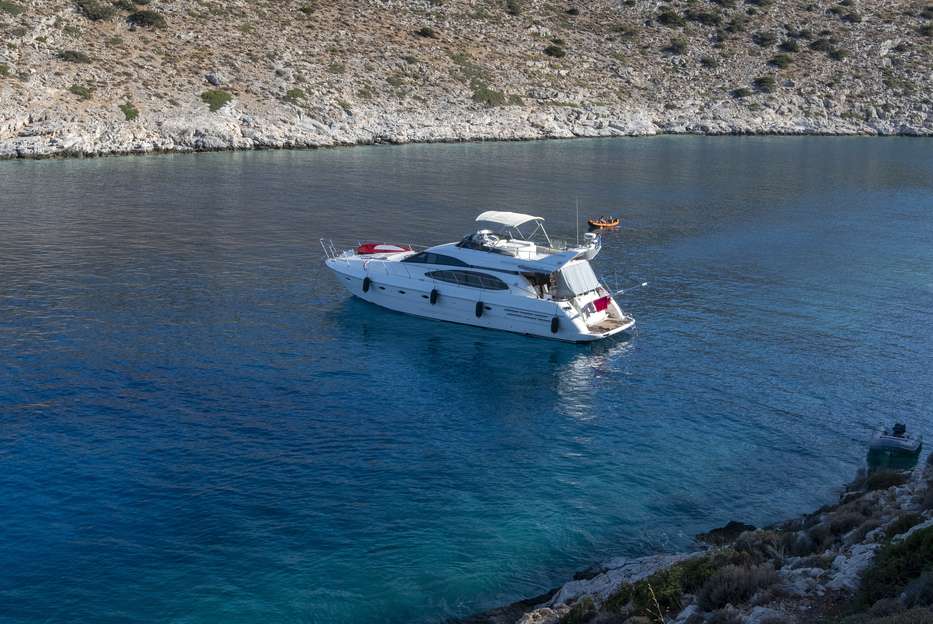 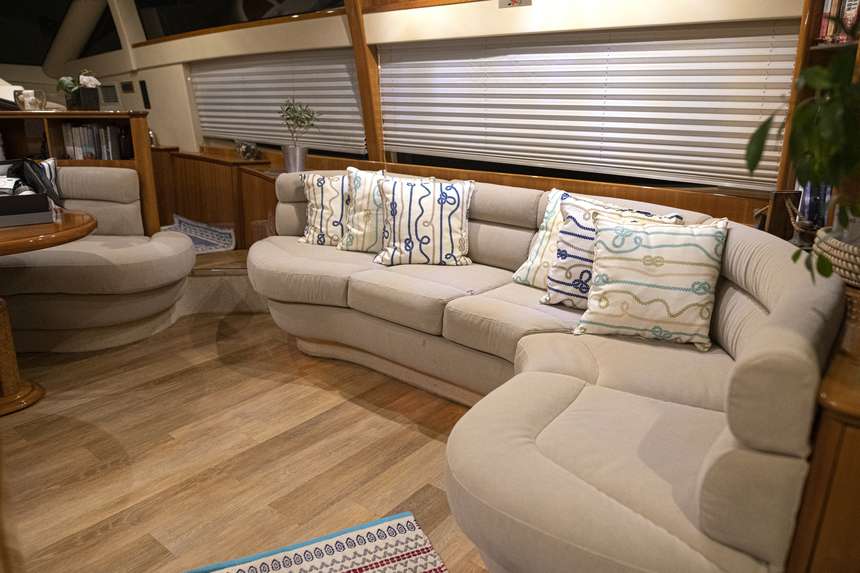 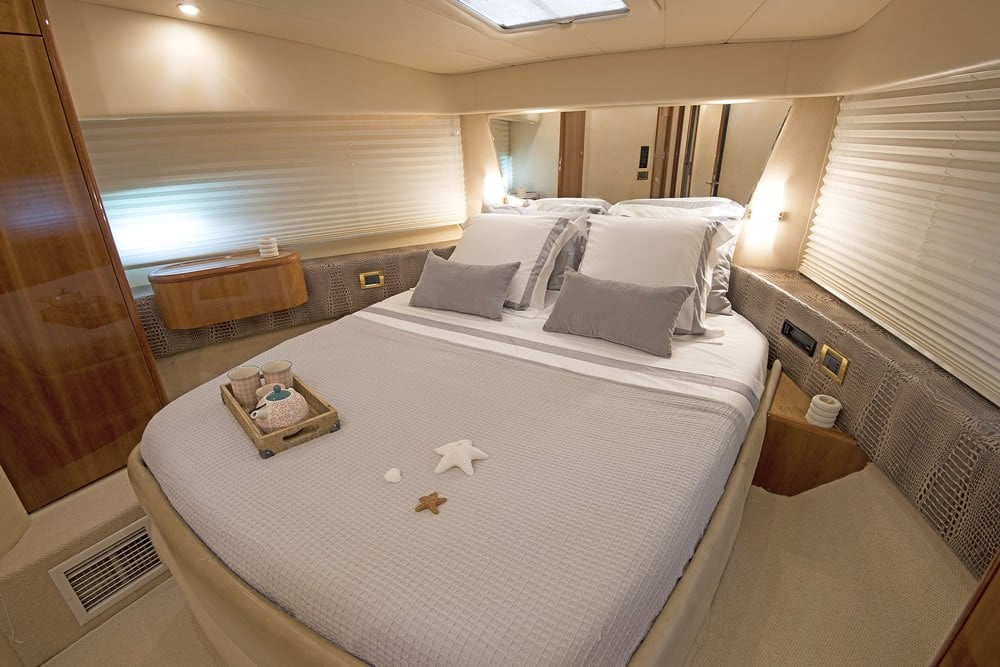 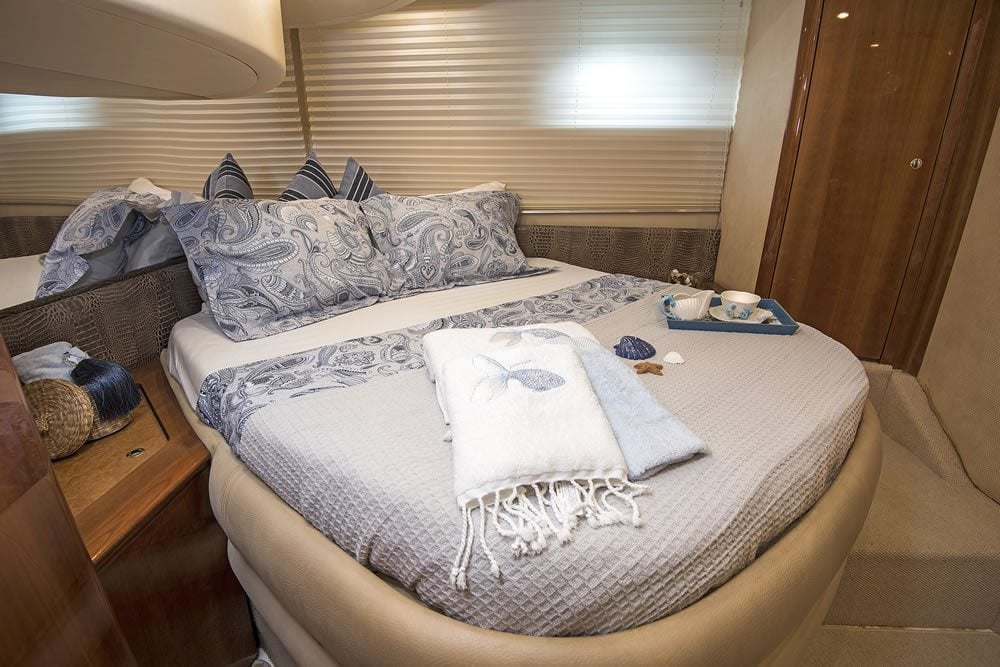 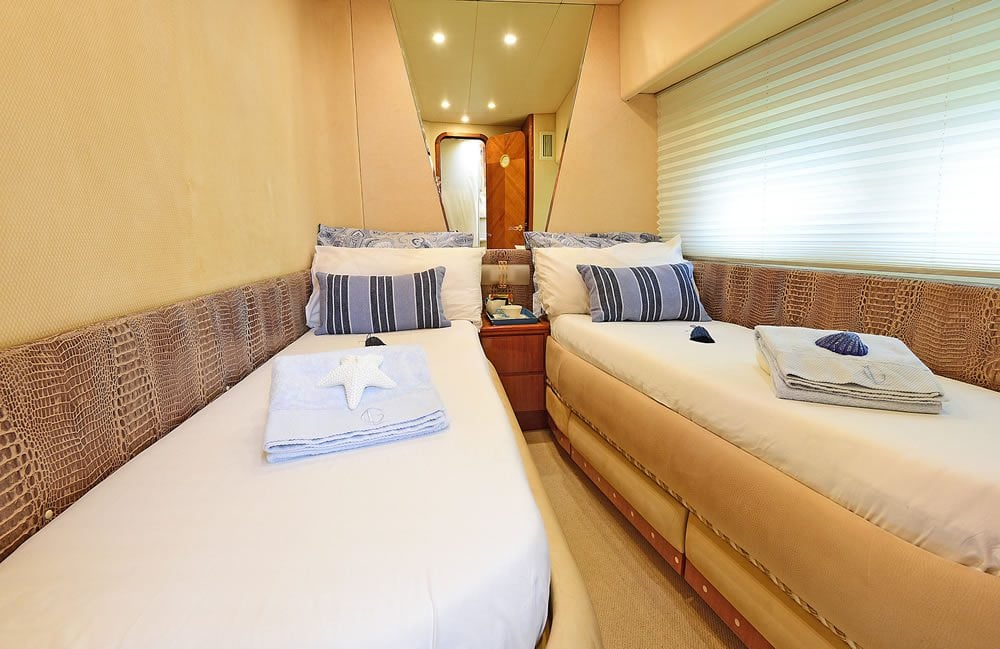 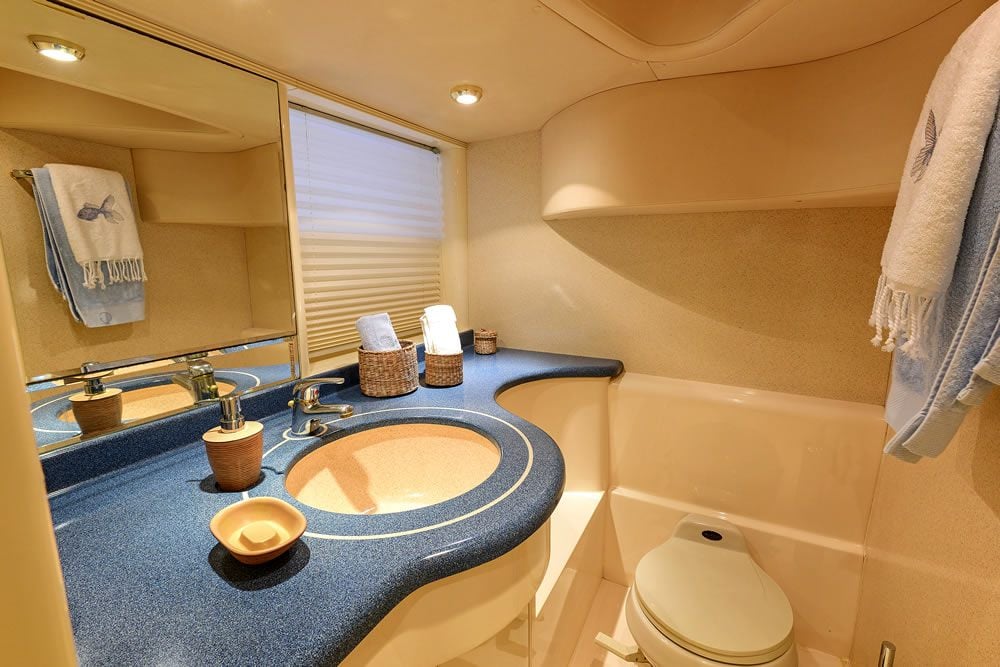 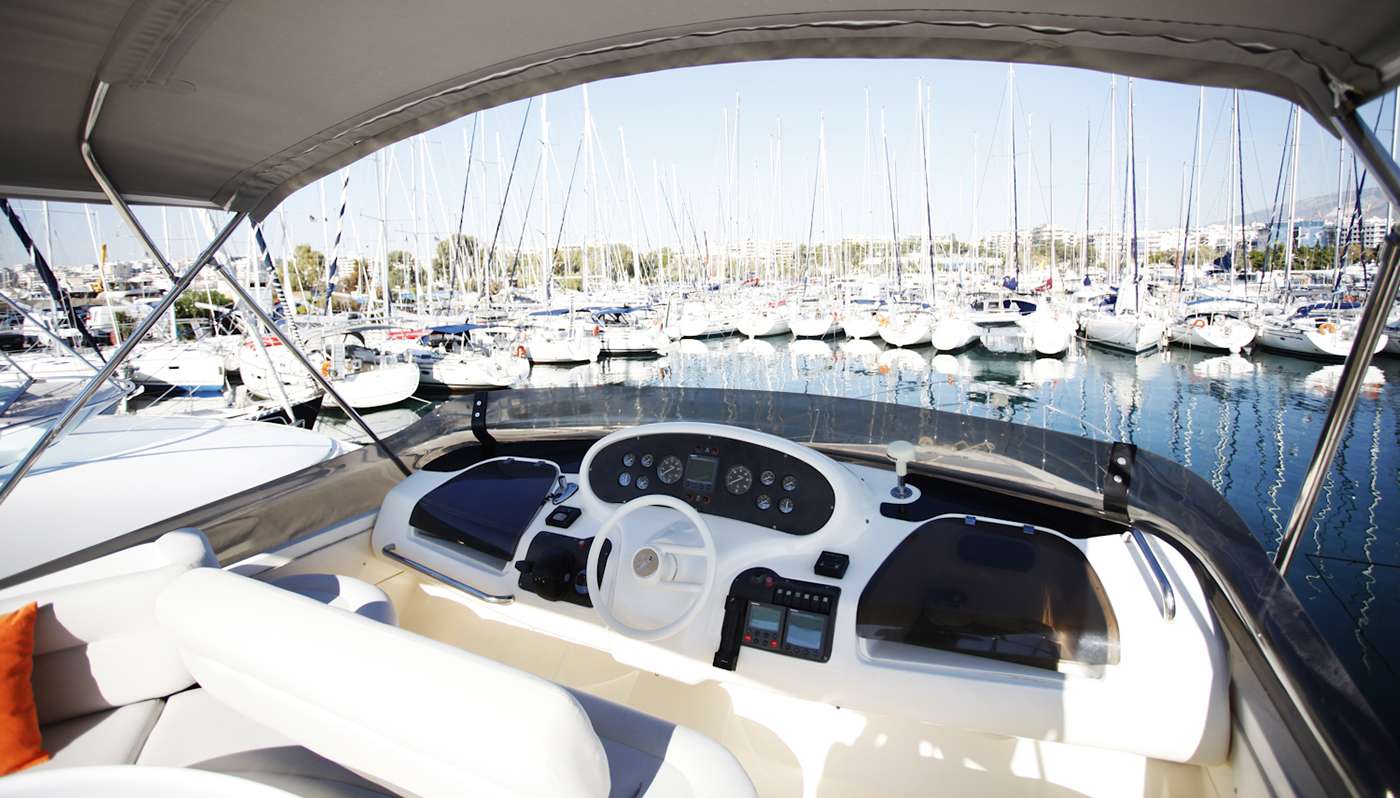 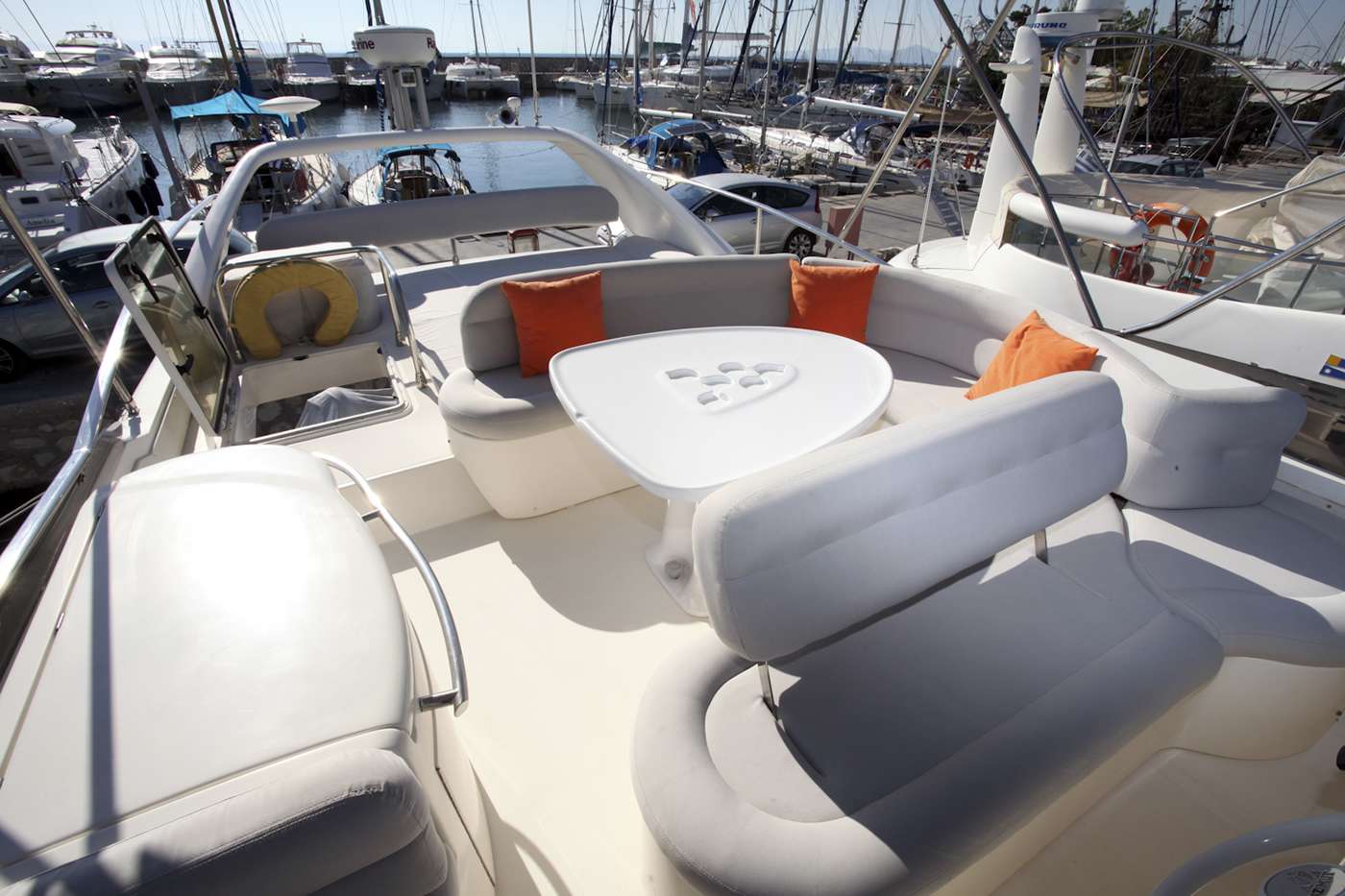 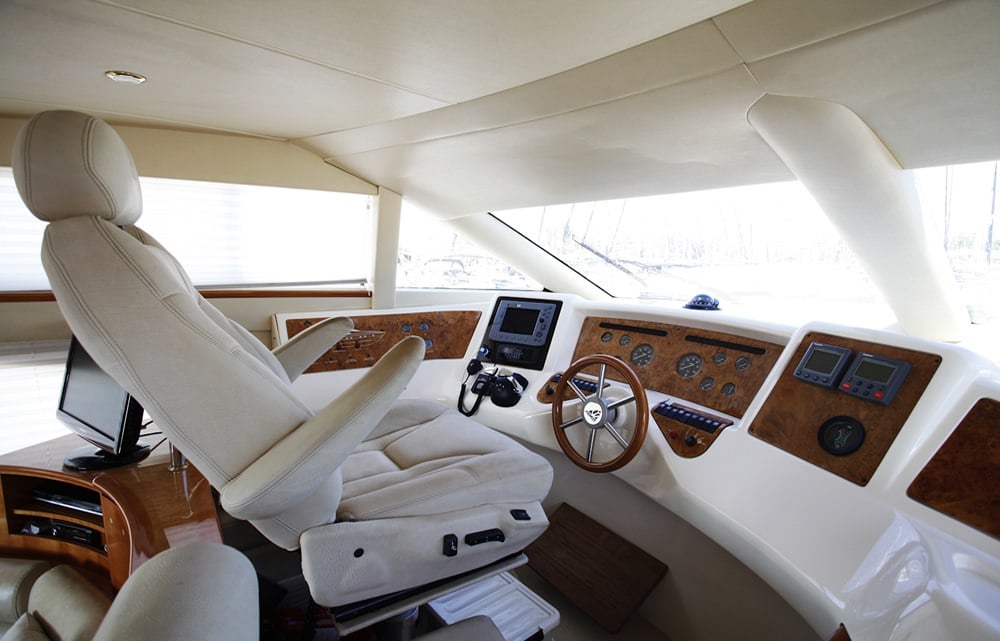 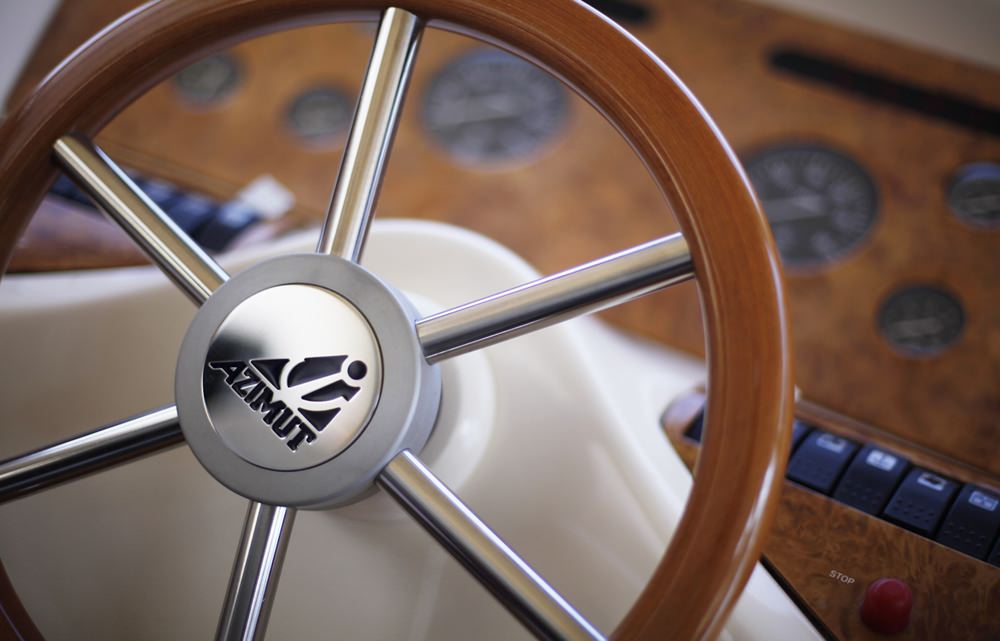 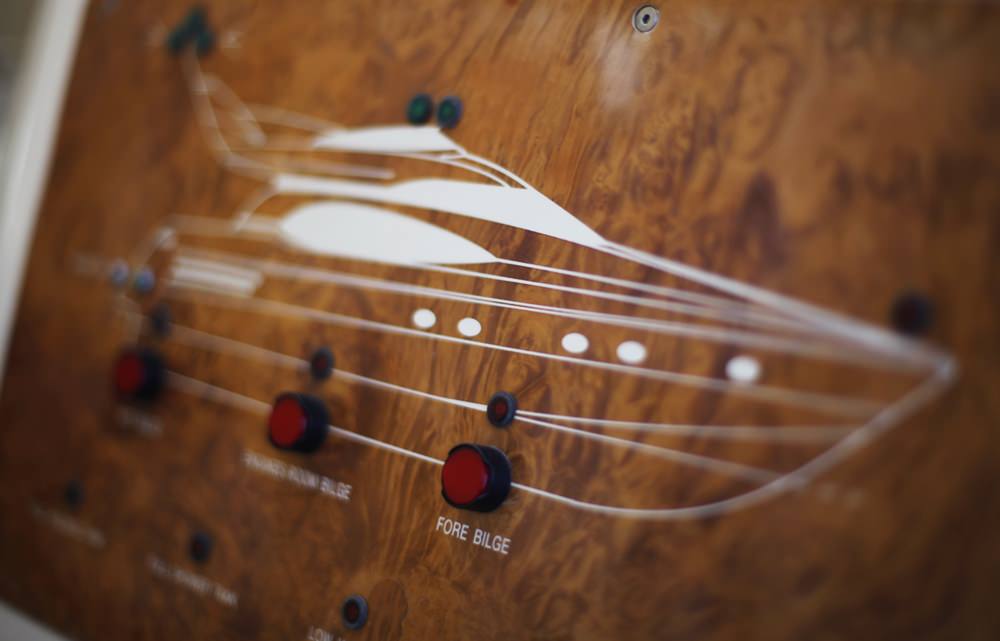 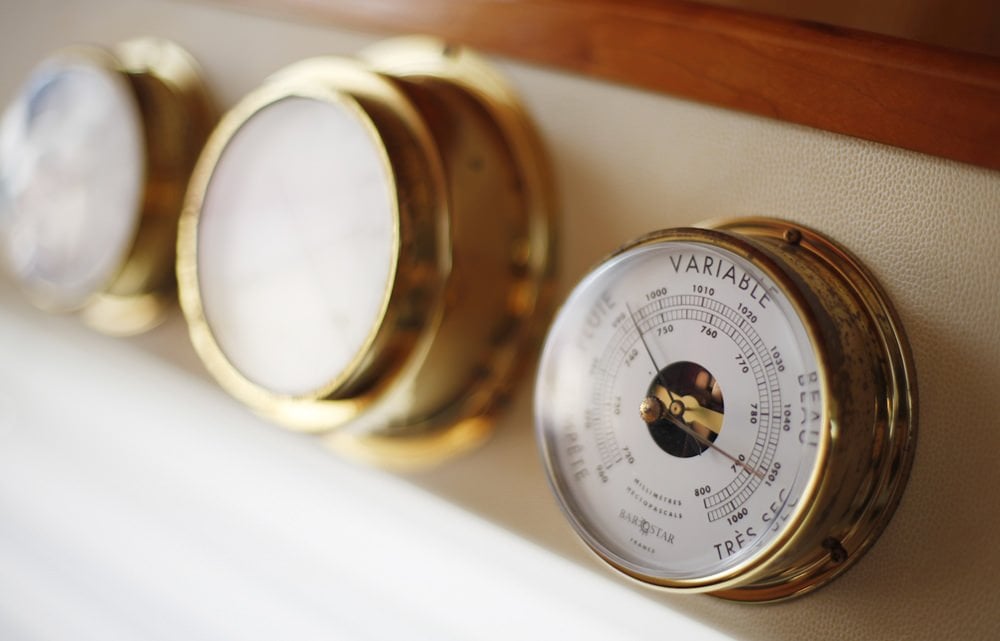 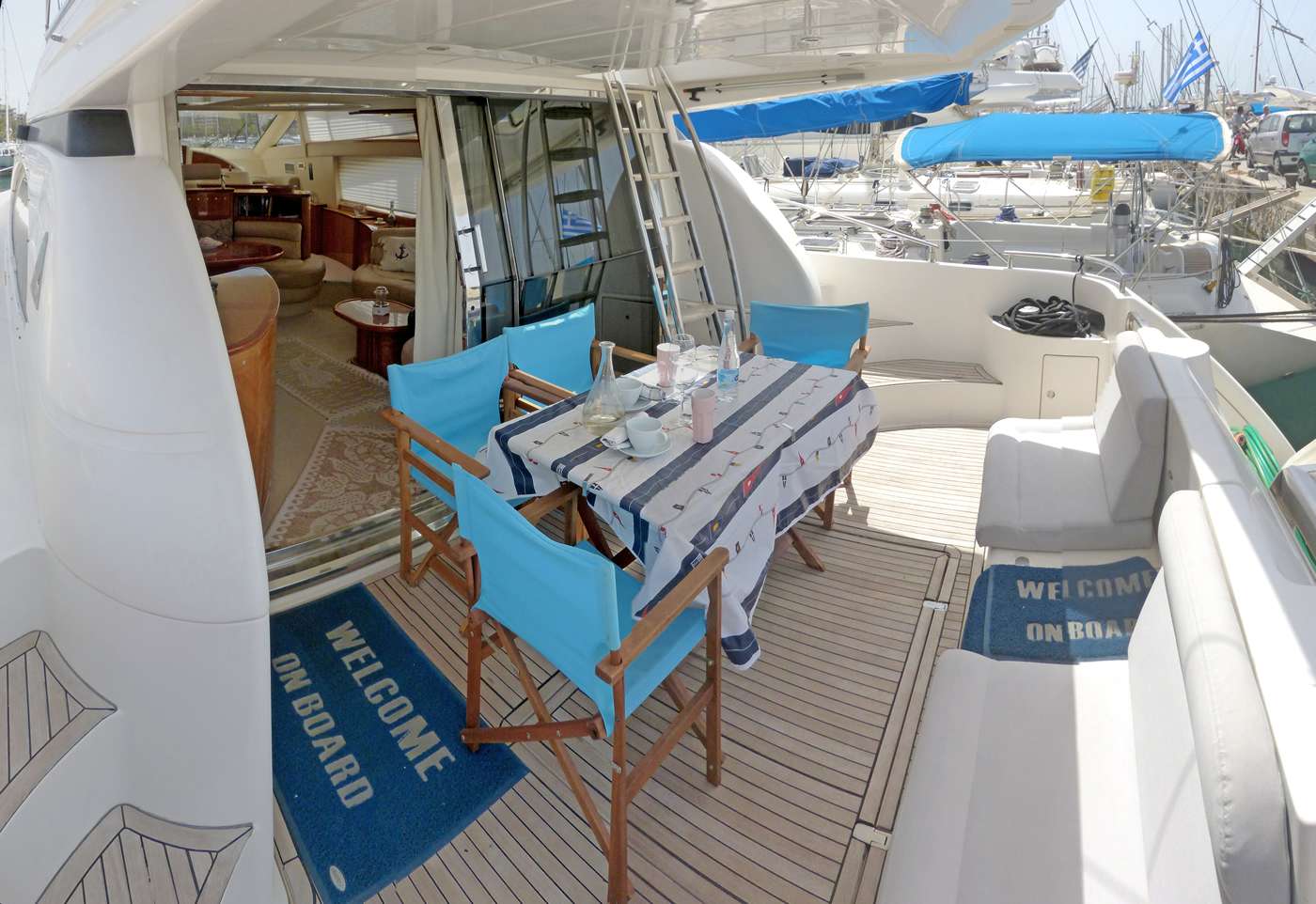 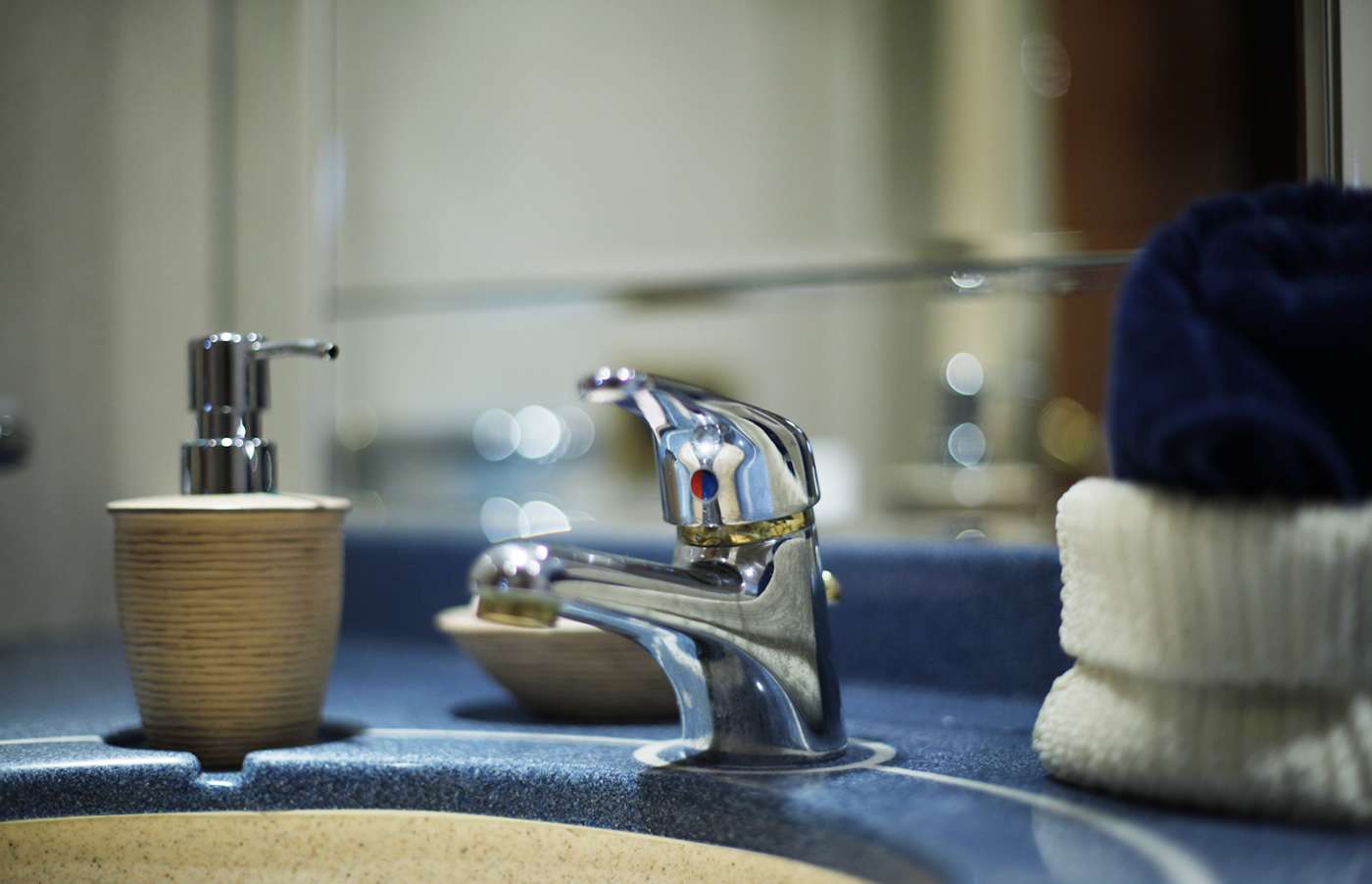 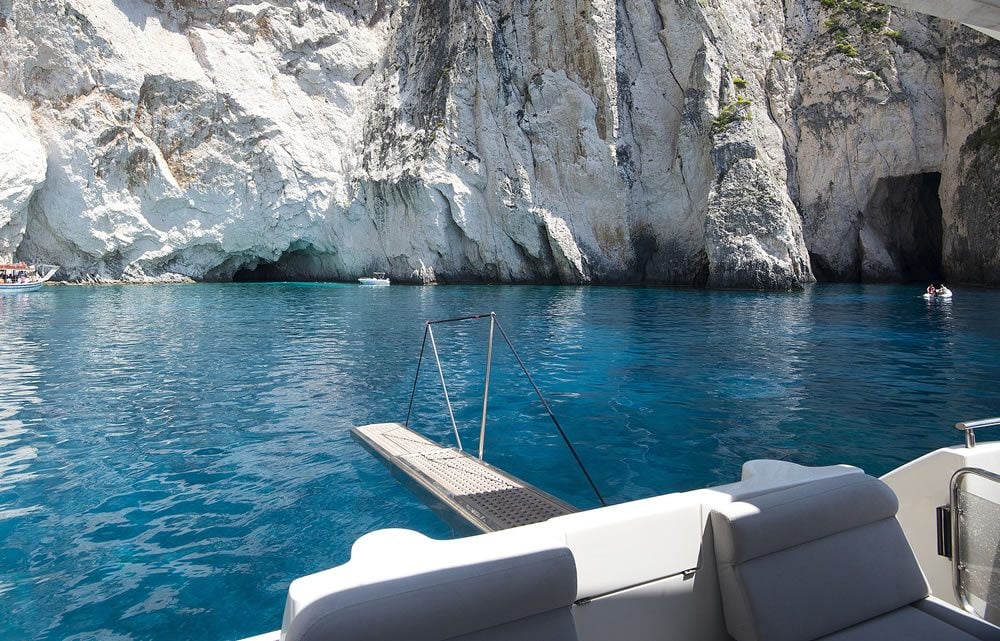 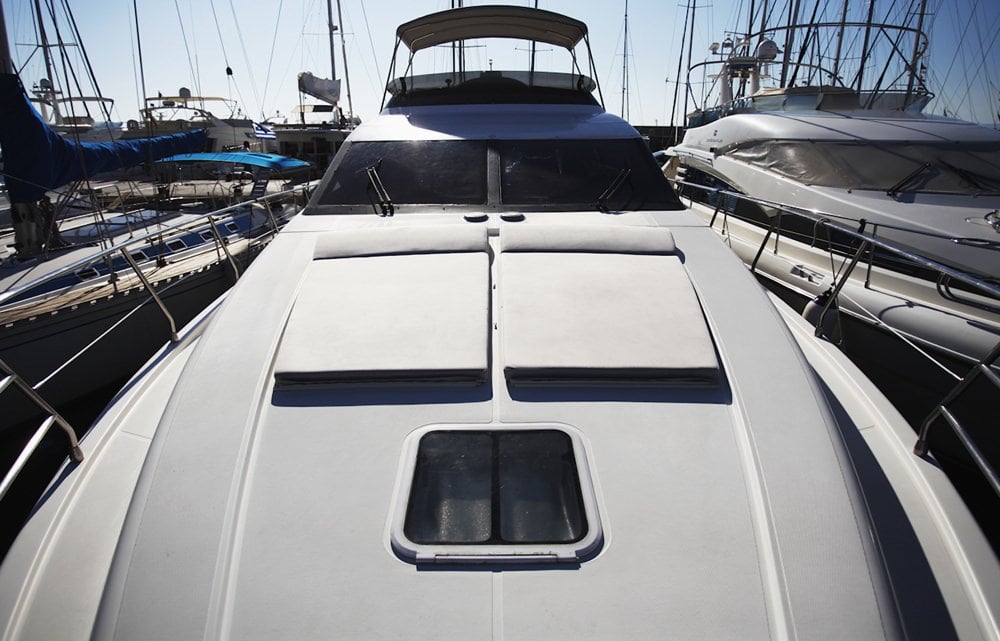 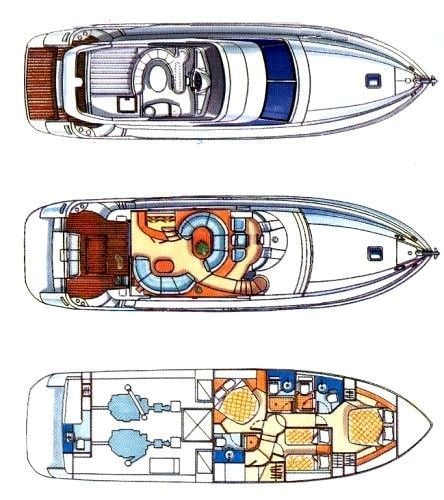 HARRYLOU is a streamlined Azimut 58, accommodating up to 6 guests in 3 luxurious cabins is ideal for unforgettable charters around Athens and Greece.

Other Entertainment: LCD TV in saloon
Pioneer Stereo all over the yacht (4 separate zones) 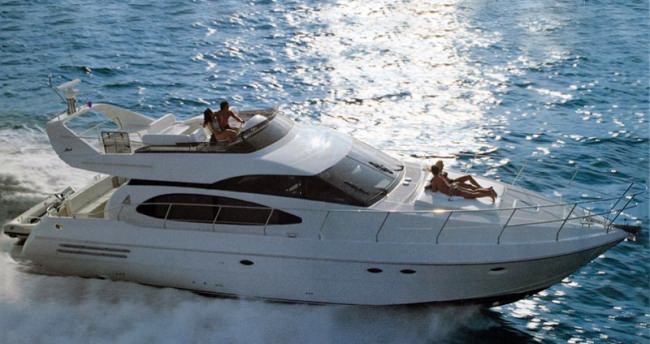 Pantelis Koutsoulentis is a really hard working person. In 2013 he got his RYA/MCA Certificate – YachtMaster! He studied Economics in Greece and he speaks Greek, English and French. He has experience of sailing in the Mediterranean Sea, Italy, Sicily, Corsica, Southern France, Cyprus as well as other seas. He was a teacher at 2004 Offshore School – I.O.P. He has First Aid Training and he is ready to cruise at the open sea with plenty experience and knowledge.
He was a Captain at many Motor and Sailing Yachts: Shooting star(2years), Summer star(3years), Amazon(2years), Genia (3years) and many more. Since 2009 he is the Captain of Motor Yacht HarryLou.

Eva is 23 years old and grew up in Athens. From the age of 12 she started sailing, participating in various races and her love for the sea became bigger and bigger.
She finished her Bachelor degree in the city of Volos, while her studies were based on Marine Biology and Aquatic Environment.
Her dissertation was based on a mammal genus Physeter macrocephalus (whale), which had been washed up and buried approximately 10 years ago on a beach called Choreuto, in the region of Pelion, central Greece.
While studying, she was also working as a sailing instructor in the sailing club of Volos for the last 5 years.
Her moto: Teaching something you love and making others to love it as well, gives you strength to want to learn even more and become better at what you do. Of course that requires many hours in the sea.
This year she’s finishing her Master’s degree in Sustainable Management of the aquatic Environment, University of Thessaly, in Volos.