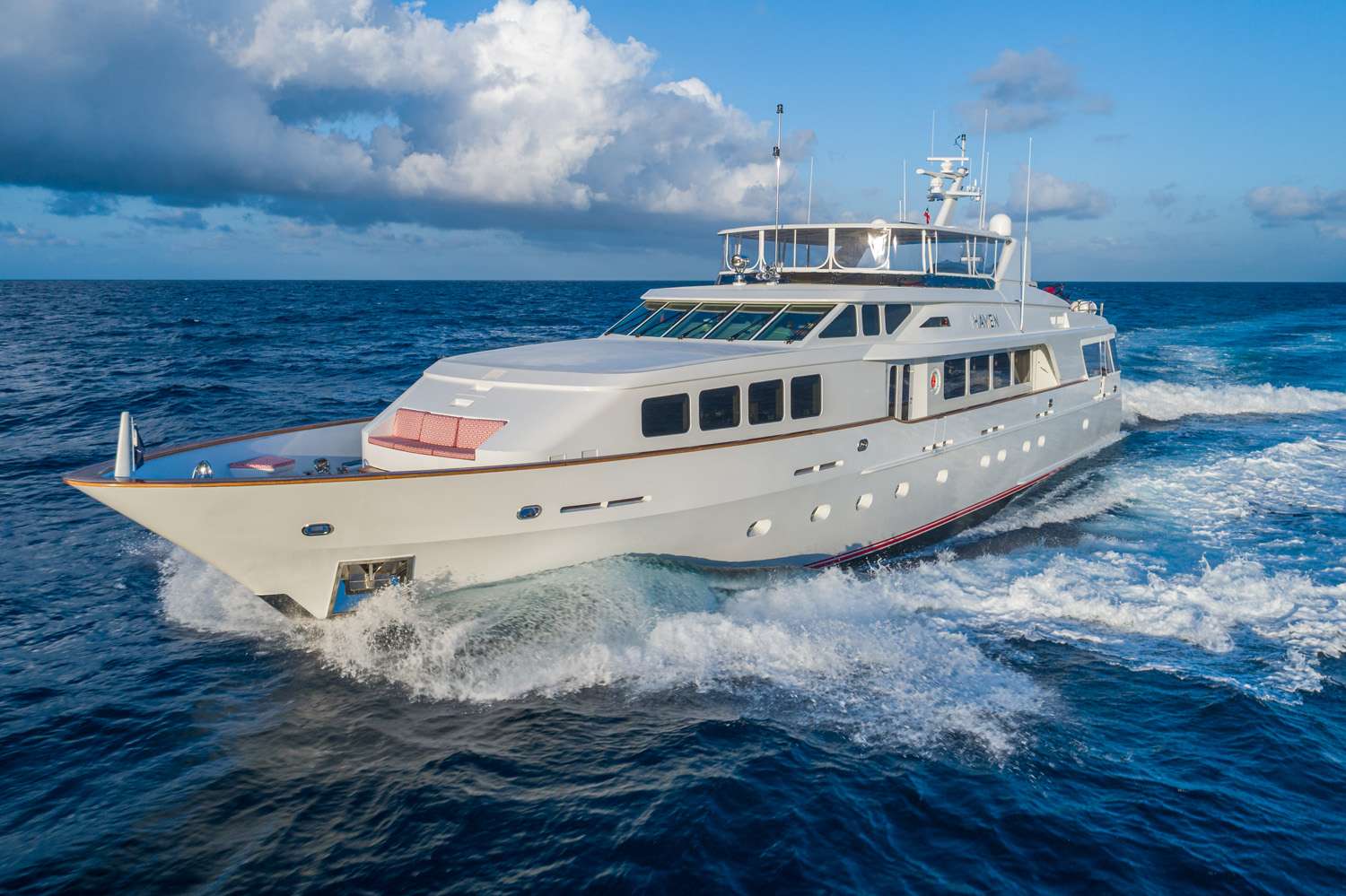 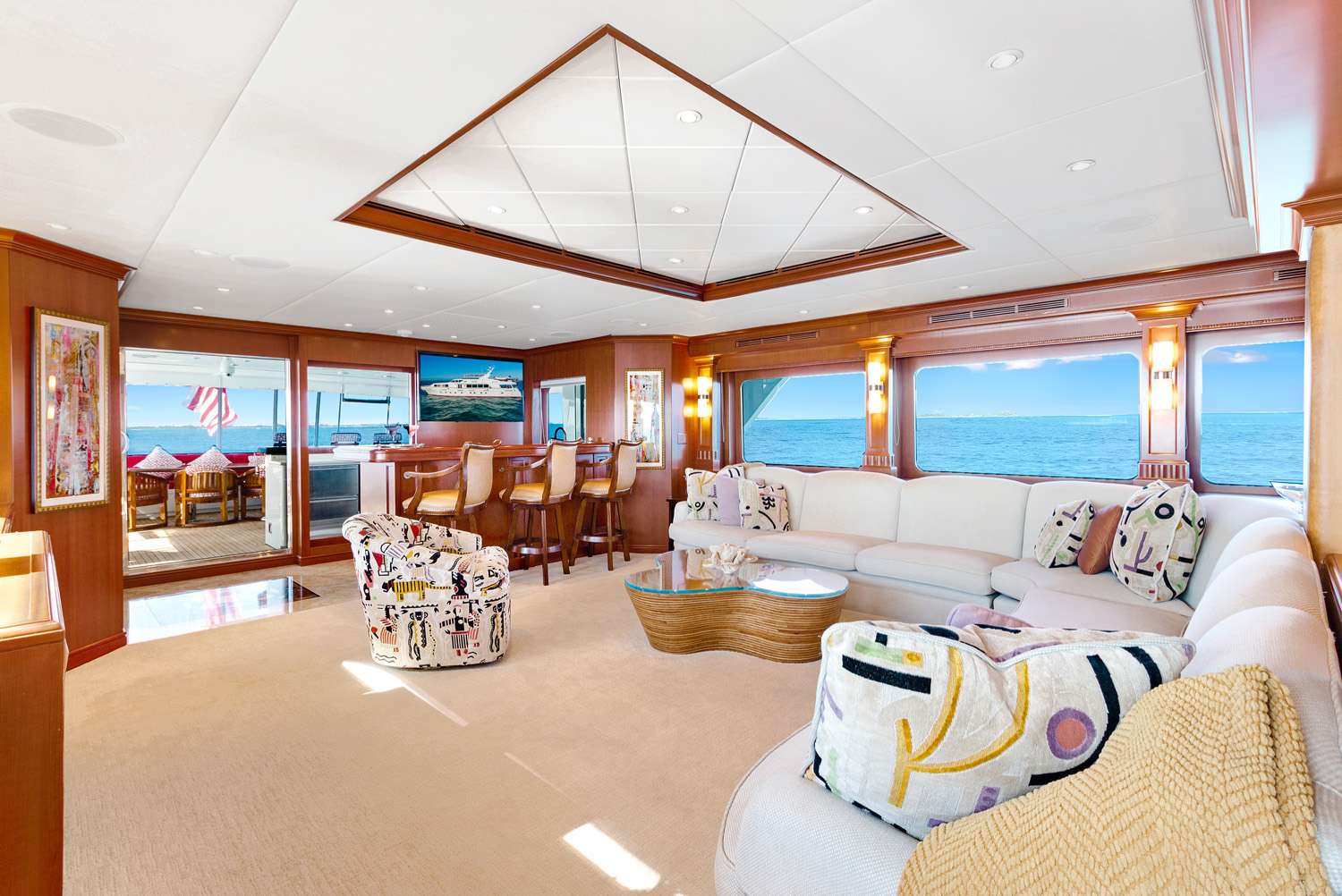 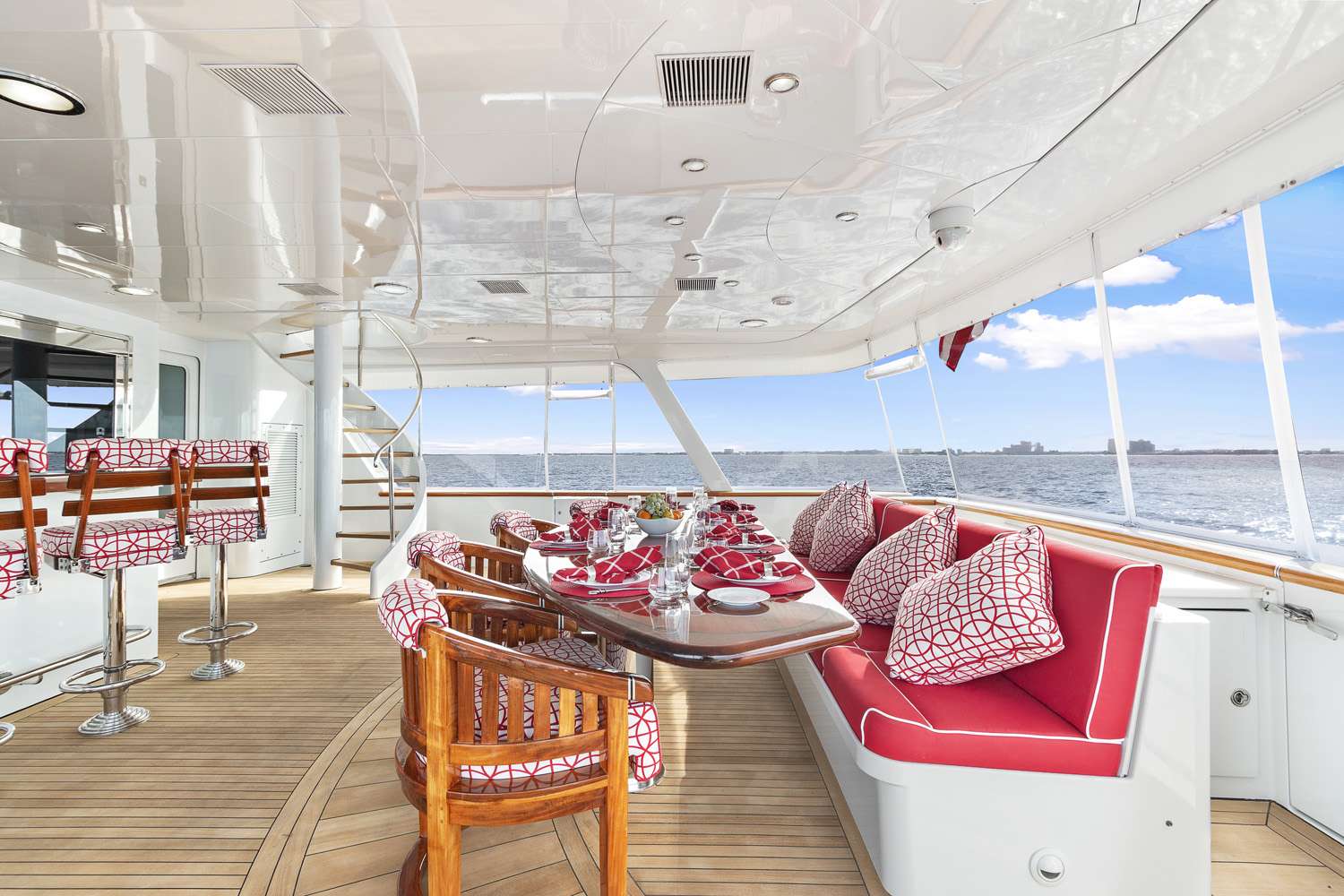 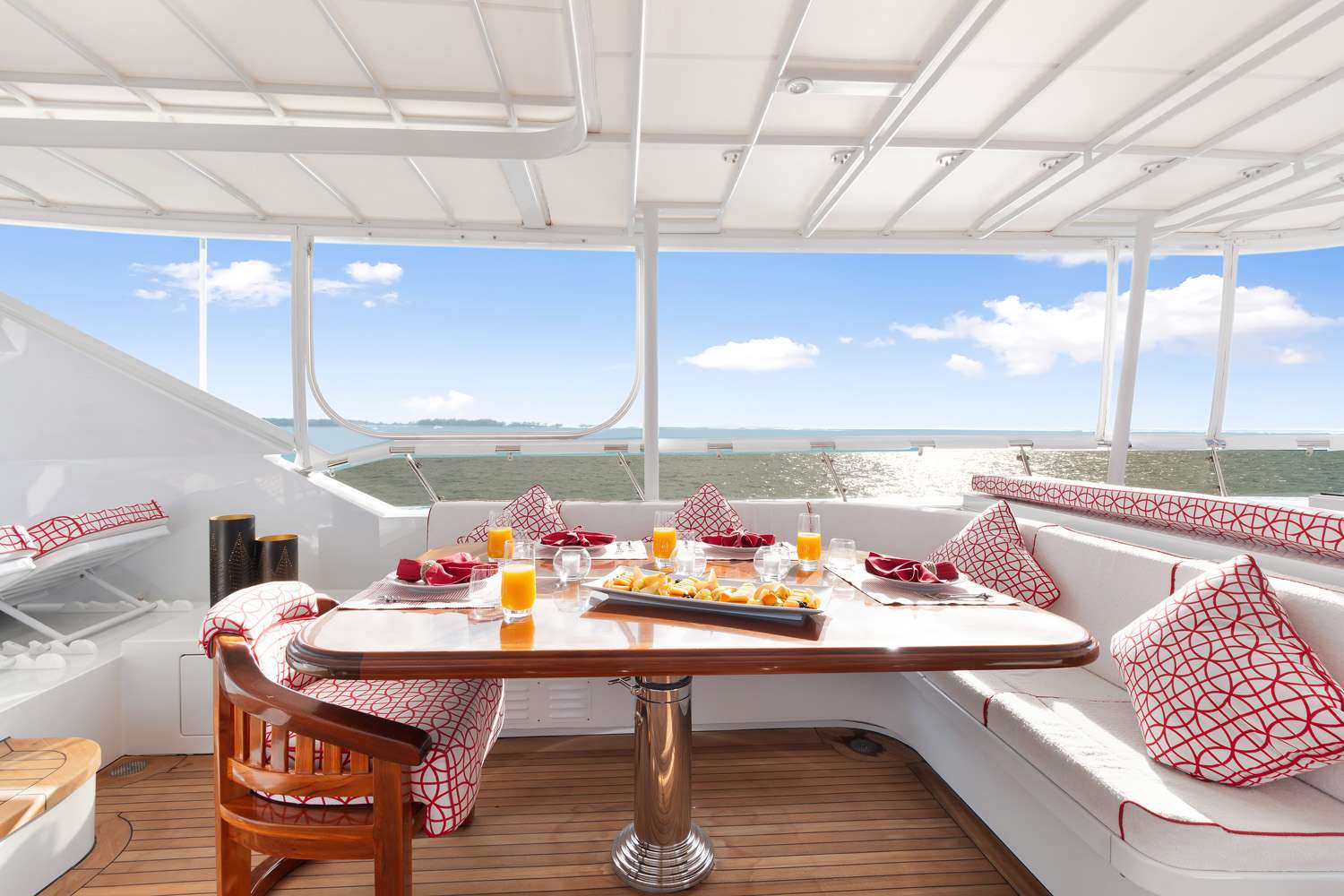 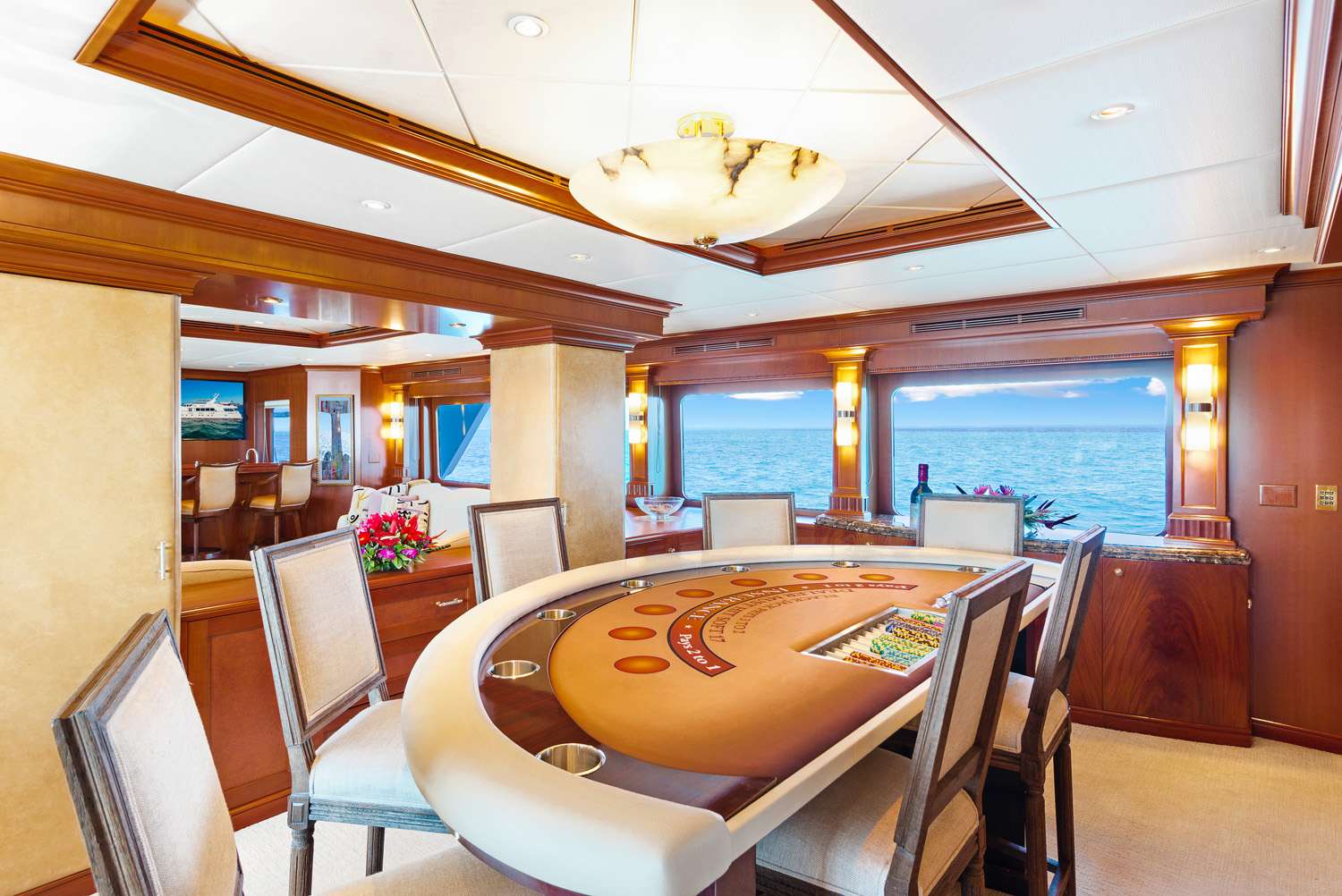 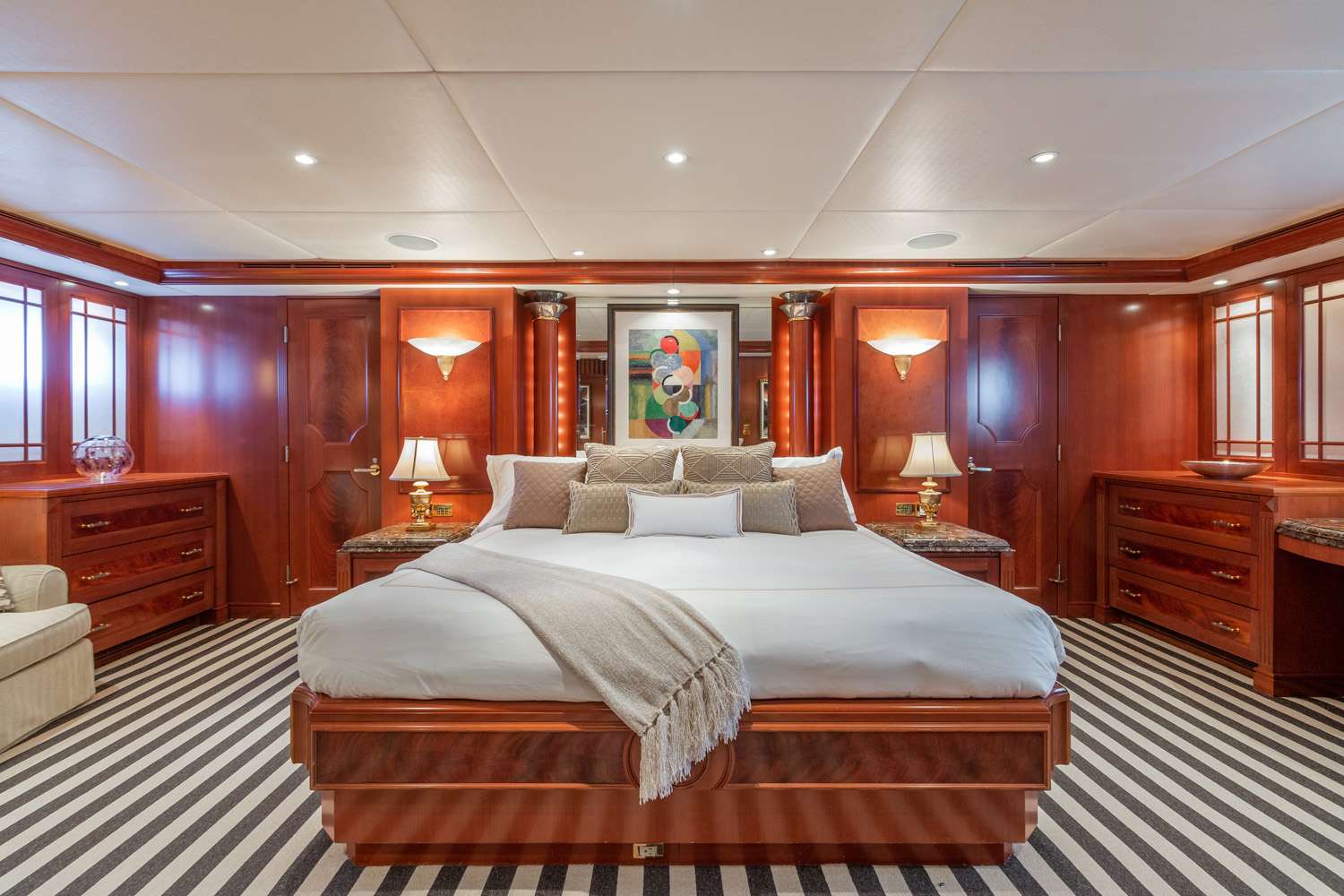 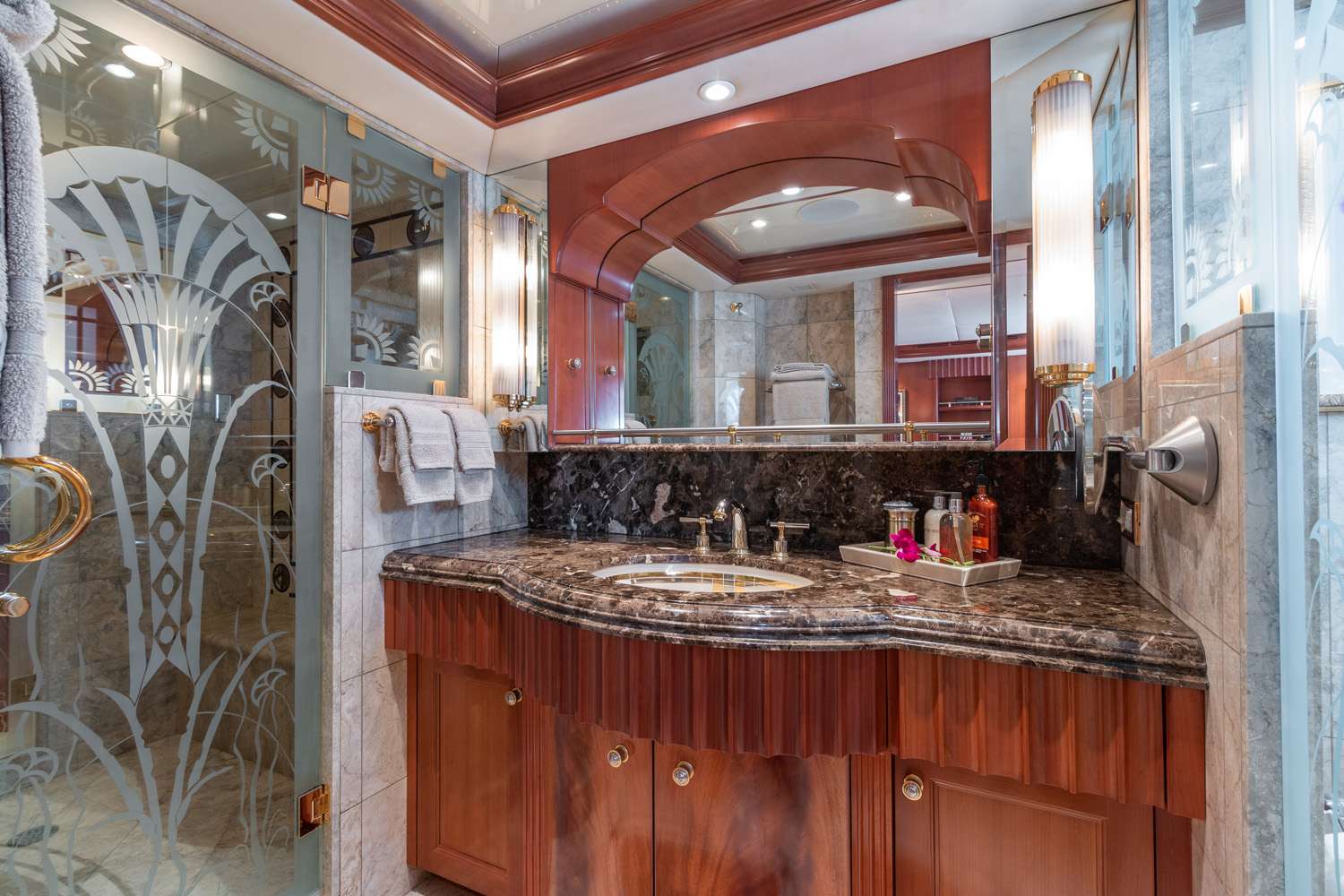 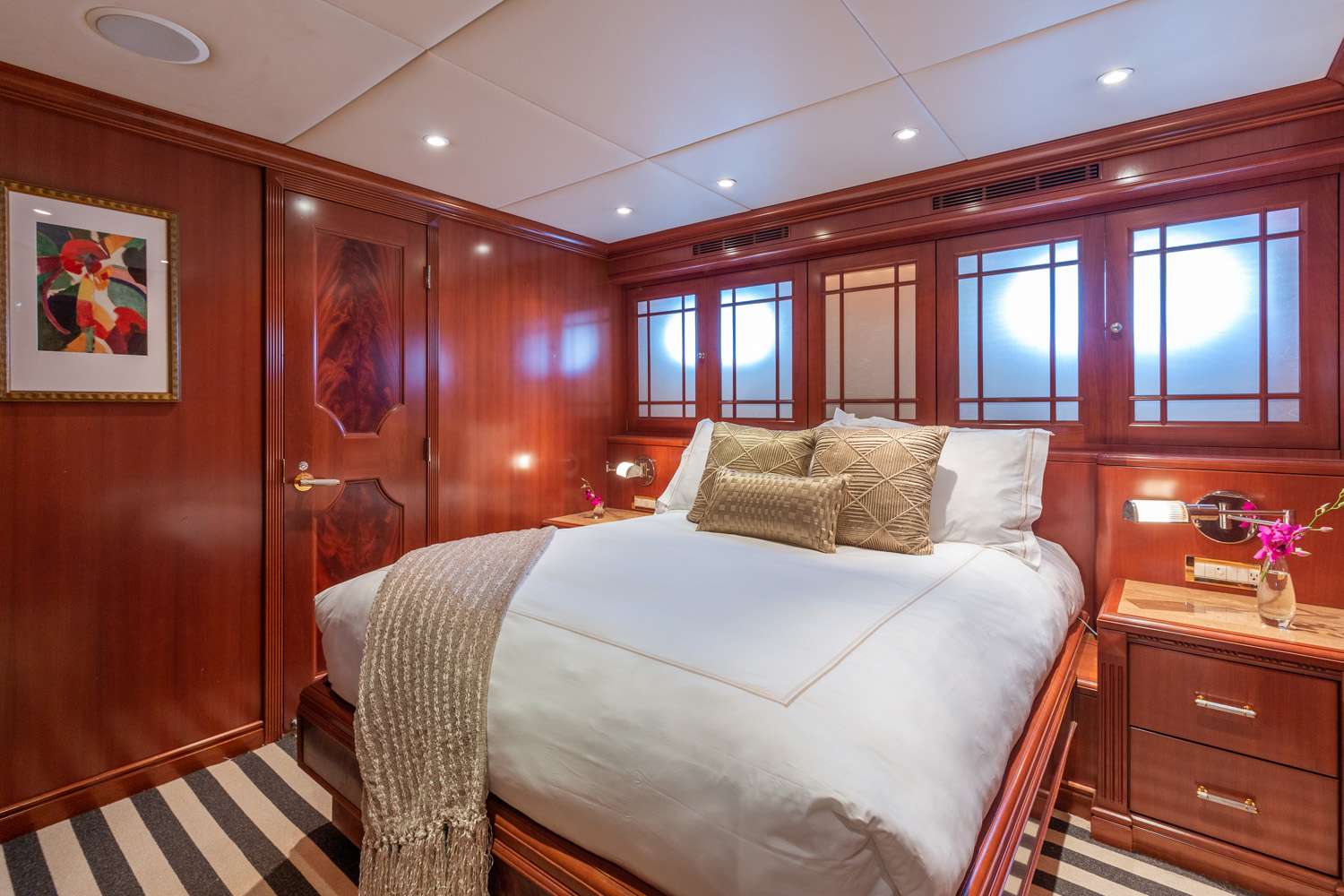 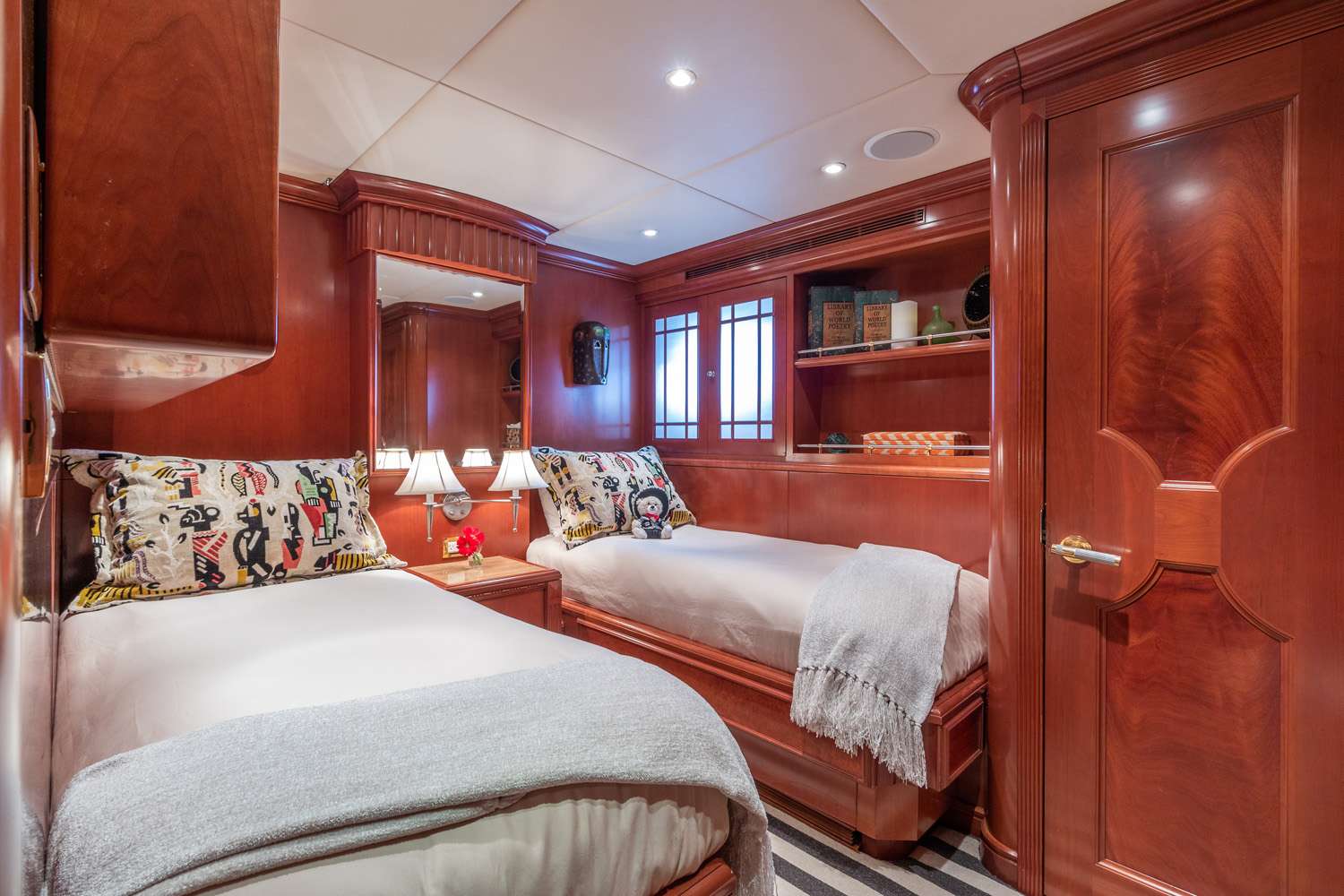 BLAKE SELLERS | CAPTAIN | AMERICAN
Born in Myrtle Beach, SC, where he lived on the Intracoastal Waterway, Blake’s dream was always to become a yacht captain. He spent time on his family’s runabout boats, wakeboard boats, and jet skis learning how everything operated. He was always on the water every chance he got and would wakeboard, kneeboard, tube, water ski, wake surf, and jet ski together with his two older brothers.
Starting out as a mate for TowBoatUS he started in the yachting industry delivering vessels in order to gain his Sea Time and Captain’s License. Blake worked his way up from a 54ft Motor yacht to a 76ft Lazzara and now runs the 124’ Trinity HAVEN.
Captain Blake currently holds his 200 Ton USCG Masters Near Coastal, STCW trained, and Auxiliary Towing Endorsement. He looks forward to having you aboard Haven where you will be greeted with one of the best crews in the industry ensuring you a safe and wonderful vacation. Captain Blake’s motto for the yachting industry is “always chase your dreams, because if you can dream it, you can do it”

CHASE JONES | ENGINEER | AMERICAN
While growing up in Wilmington NC, Chase fell in love with all aspects of the sea. He owned a Boston Whaler, became an avid surfer, and had varied work experience on dive, charter fishing, and commercial crabbing boats. While attending the Citadel, he was a member of the sailing team that won the 2014 Charleston Race Week Regatta and was Executive Officer of the Citadel’s Coast Guard detachment. After graduation, he began his private yachting career as a deckhand and is now the USCG licensed Chief Engineer aboard Haven.

LISA GOULD | CHIEF STEWARDESS | AMERICAN
Lisa’s friends describe her as being adventurous, passionate, and reliable and some of her interests include cooking, traveling, and meeting new people. Although Lisa was born in Texas, she moved around a lot while her father served the U.S. for 20 years in the Army. This is likely where her love for food, culture, and people came from. Lisa has always felt the most at home when she is on the water. In 2004, Lisa moved to Key West, Florida and began working in the marine industry. After 8 years, she moved to Fort Lauderdale to pursue her educational aspirations. Lisa is currently seeking her bachelor’s degree, but still fulfills her passion for the water while working on yachts. She believes that the world is full of endless opportunities and surprises, so she tries to live every moment to its fullest.

KIETH WILLIAMSON | CHEF | AMERICAN
Originally from Philadelphia, Executive Chef Keith Williamson was lured into the culinary world when his passion for cooking was recognized at an early age. Keith went on to study at The Restaurant School of Walnut Street in downtown Philadelphia and then soon headed to San Francisco to hone his skills at Enoteca Lanzone in Opera Plaza then to Ca ‘Peo in Liguria Italy, a 1 Michelin Star restaurant. Over the years, Keith owned and operated Baci Italian Grill. He has worked under influential leaders in the Cameron Mitchell Group at Ocean Prime as Executive Chef as well as Bulla Gastrobar, the Datz Group and Jacksons Bistro on Harbor Island, shaping his style and depth of knowledge. Keith balances his culinary career with his love for Sicilian food at his vacation home / ” Think Tank ” in Caccamo, near Palermo. Keith’s culinary philosophy and passion reflects the growing trend towards a healthier and down-to-earth lifestyle, shortening the distance between farm and the dinner table, sourcing locally and using sustainable items in his kitchens. In addition to cooking Keith’s passion is to teach and help up and coming chefs to discover their talents in the same way his Mentor Modesto Lanzone encouraged him. Keith also believes in a continuously evolving mentality with his thirst for knowledge. Keith’s motto ” Cook with your heart, Feed people with love.”

WALKYRIA WHITLOCK | 2ND STEWARDESS | AMERICAN
Although Walkyria grew up far from the ocean in a small farming community in Idaho, she always looked forward to sailing trips with her grandparents where they would often spot dolphins and pods of orcas. The ocean kept her heart, and Kyrie moved to Fiji where she discovered yachting. As a stewardess, she is aided extensively by her previous experience as a nanny, barista, and bartender. Her enthusiasm for life and passion for all things creative has enabled her to travel and explore many interests, but she most enjoys yoga, surfing, singing, and writing. She is excited to use her previous experience to make your time aboard M/Y Haven memorable.