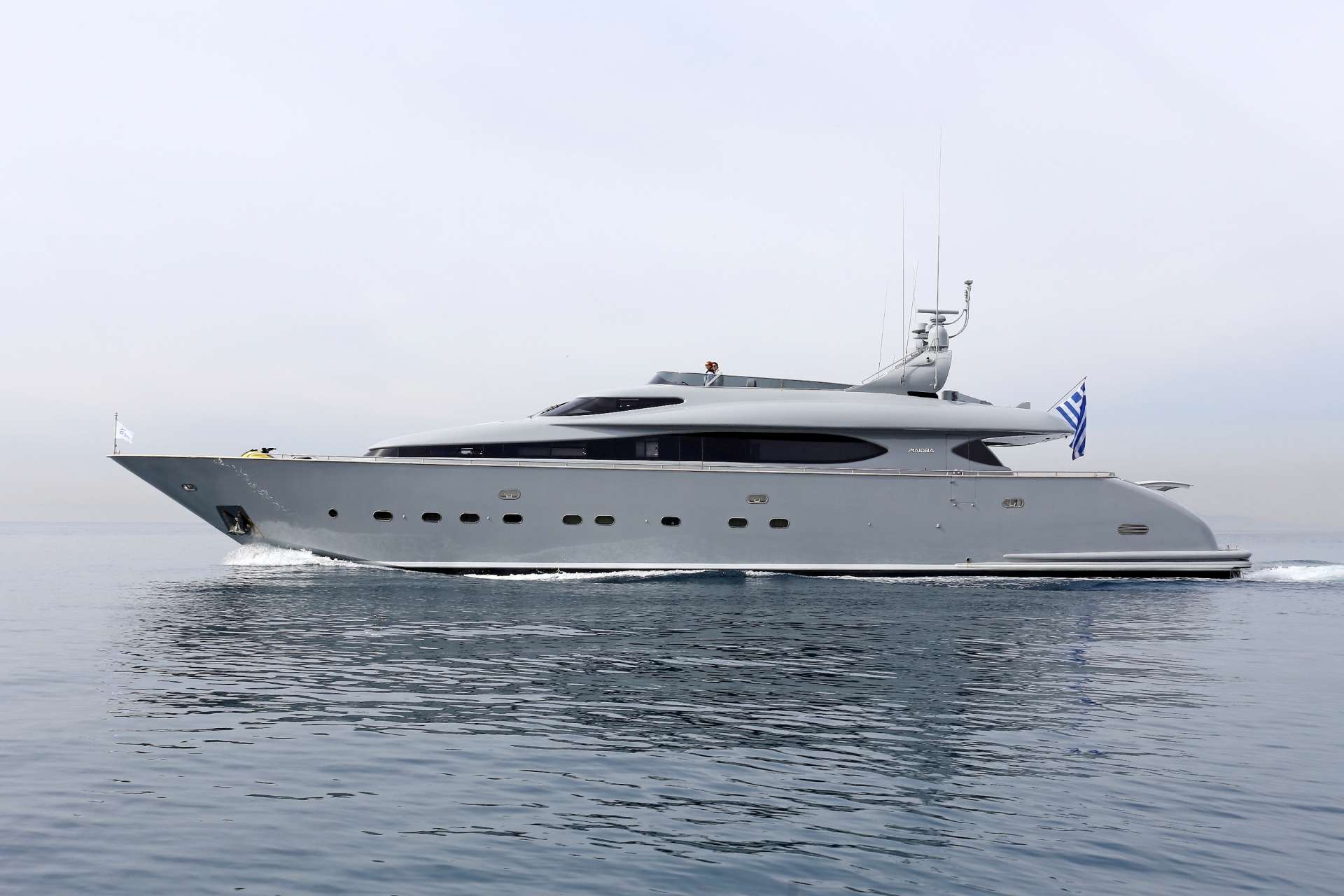 Efstratios Travlos
CAPTAIN
GREEK
Captain Efstratios graduated from the Merchant Marine Academy of Aspropyrgos and holds a Captain Class A’ Diploma. He began his career as Officer and later as Captain on Cargo /Container vessels, where he gained over 20 years extensive sea-experience. After years in containers vessels, he got involved in the yachting industry. Prior to joining M/Y IF, he captained M/Y AFTHONIA V (64m), M/Y DREAM (50m), M/Y DARLINGS (40m) and many more. Captain Efstratios has more than 10 years of experience as a Captain. With an extensive knowledge of the Greek Waters, Captain Efstratios can find the perfectly calm waters and the safest exclusive anchorages. Captain Efstratios holds all the necessary qualifications. He speaks fluent English. He is 43 years old and married.

Andrew Kapralos
ENGINEER
GREEK
Andrew is a graduate of the Greek Merchant Marine Academy and holds a Certification of 2nd engineer diploma-STCW 1978 III/2. He has sailed around on commercial vessels and passenger ships since 2001. Moving into the yacht industry Andrew acquired the experience of engineering and looking after the safety of the yacht and all aboard. He has worked on board M/Y IONIAN PRINCESS, M/Y POLAR STAR, M/Y PRINCESS L, M/Y GEEPEE, M/Y AMOR, M/Y RM ELEGANT and more. Andrew holds all the necessary qualifications and he speaks fluent English and French. Andrew is 42 years old and single.

Aggelos Tzan
CHEF
GREEK
Aggelos has worked on board super yachts such as “M/Y SUN ANEMOS”, “M/Y O’PATI” and “M/Y O’PARI 3”.He has more than seven years of outstanding working record with experience gained through prestigious restaurants including michelin star Greek restaurant and cooperations in highly demanding domestic and foreign business environments in coastal towns in Bodrum,Turkey and beach resorts in Greece. He is a graduate of Cooking Art Specialist, PRAXIS College, while he specializes in Greek, French and Continental Cuisine. Aggelos is 28 years old and he speaks English and Turkish.

Margarita Cravcescu
STEWARDESS
Moldavian
Margarita after completing her studies in Economic College she joined the yachting industry and now having more than 16 years of experience. She is the oldest crew member of M/Y IF, more than nine years she is on board M/Y IF. Margarita’s pleasant personality will help make your stay aboard IF as delightful as possible. She speaks fluent English, Russian, Romanian, Greek and loves interior design and travelling. Margarita is 50 years old from Moldova.

Loukas Anestopoulos
DECKHAND
Greek
Loukas is a qualified deckhand holding Certificates in Passenger Safety, Life Saving & Fire Fighting, Ro-Ro passenger and speed boat licence. Loukas started his career on yachting industry in 2008. Since then he has worked as sailor on board M/Y SUNDAY, M/Y PRINCESS and others. Loukas wealth of knowledge and skill in the water make him a valuable part of the team. He speaks fluent English. Loukas is 36 years old and single. He enjoys water sports and playing football.