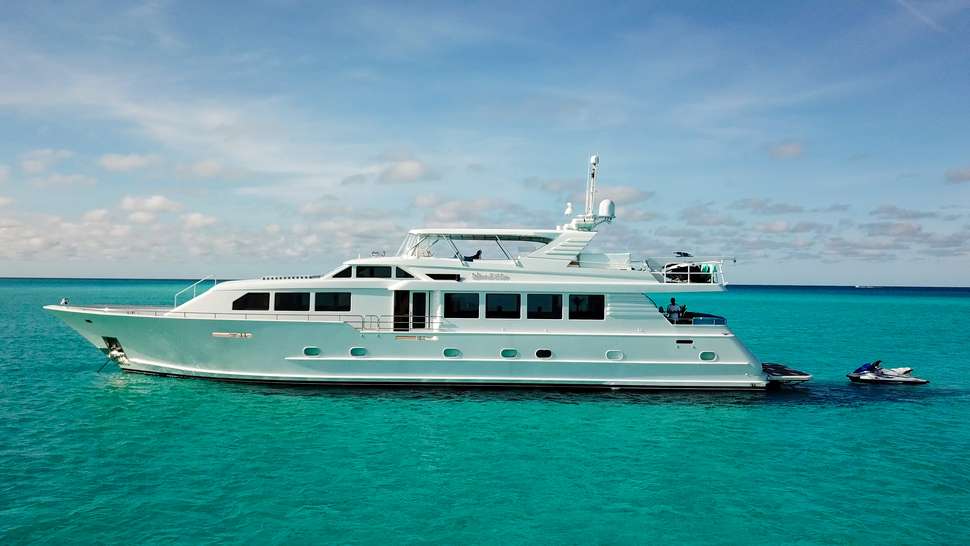 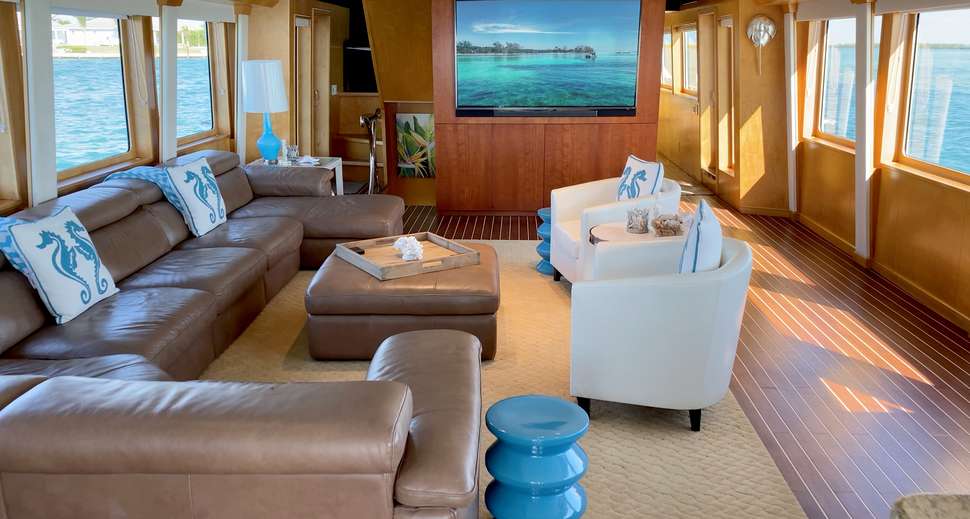 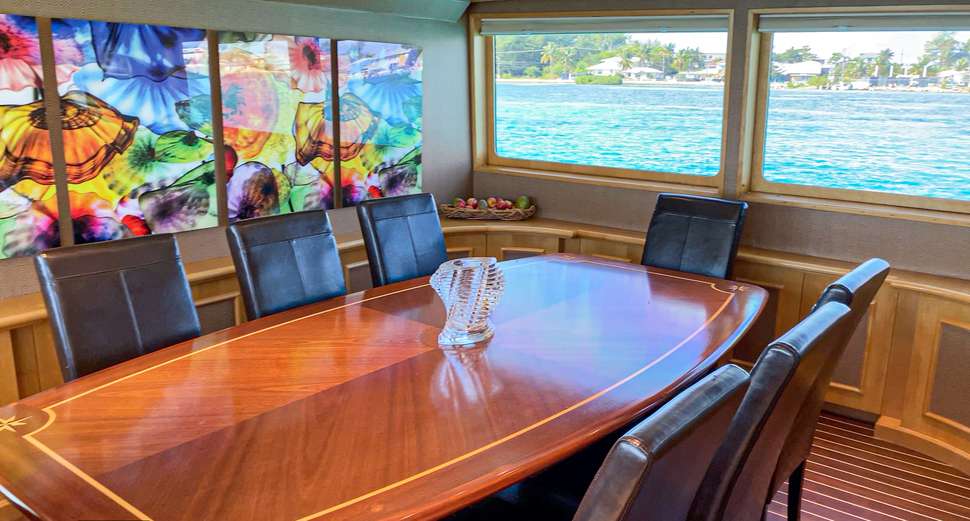 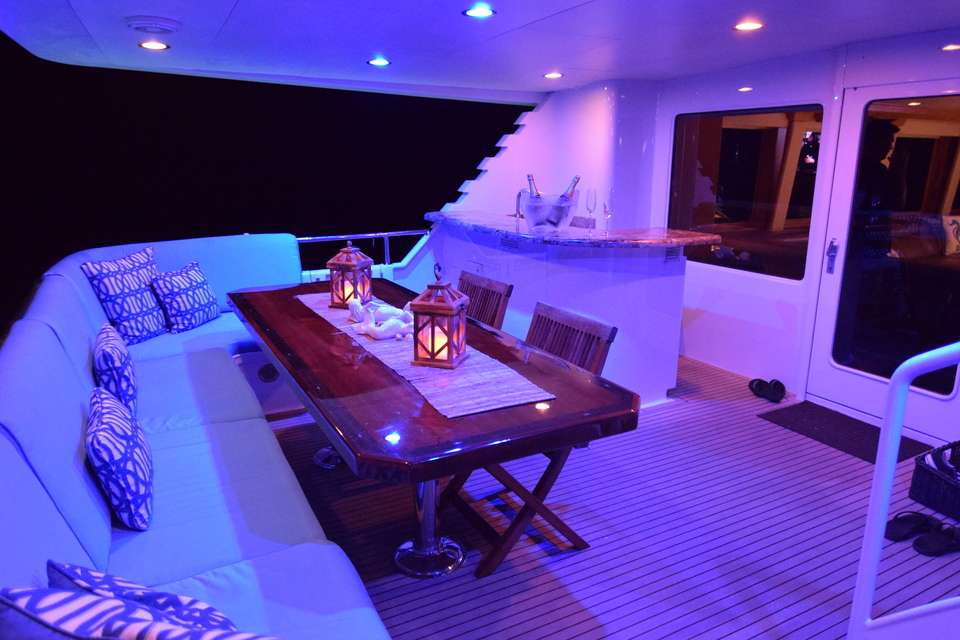 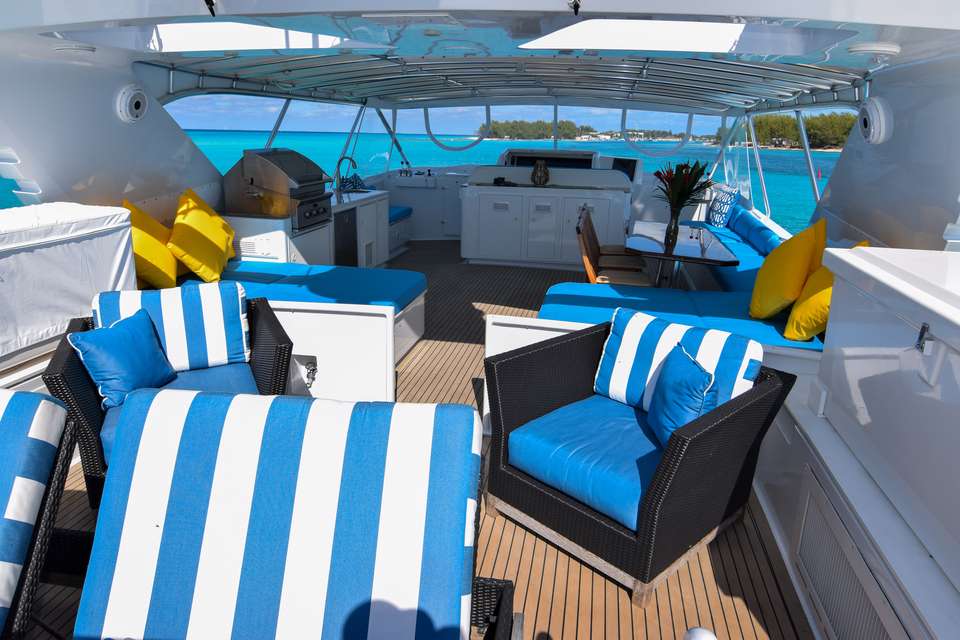 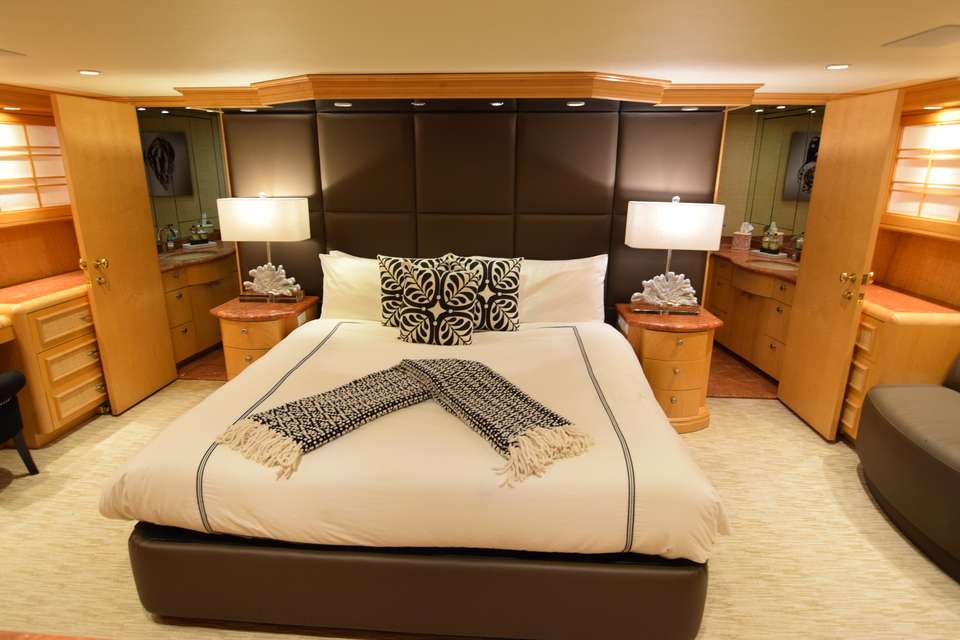 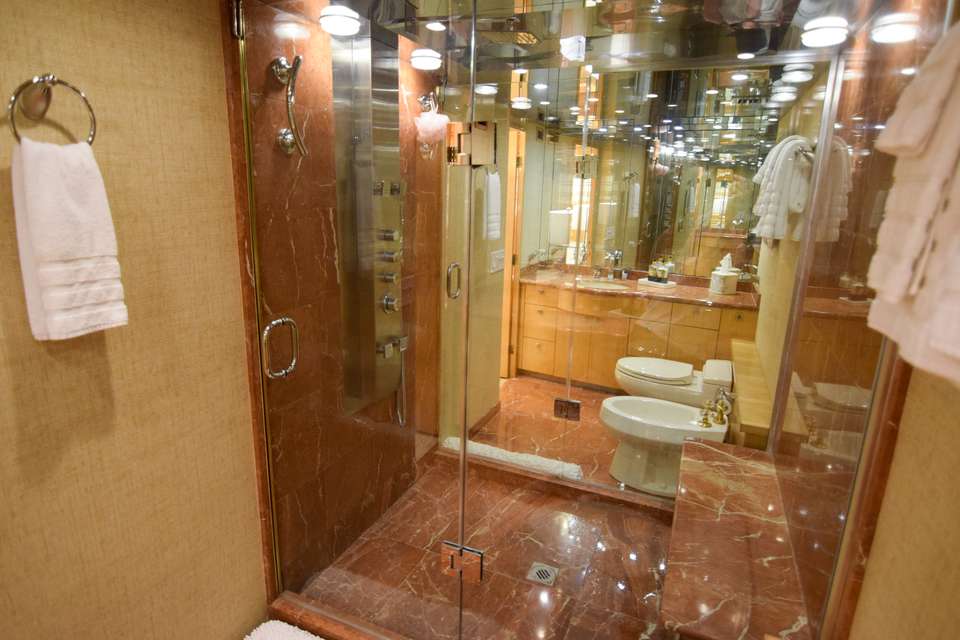 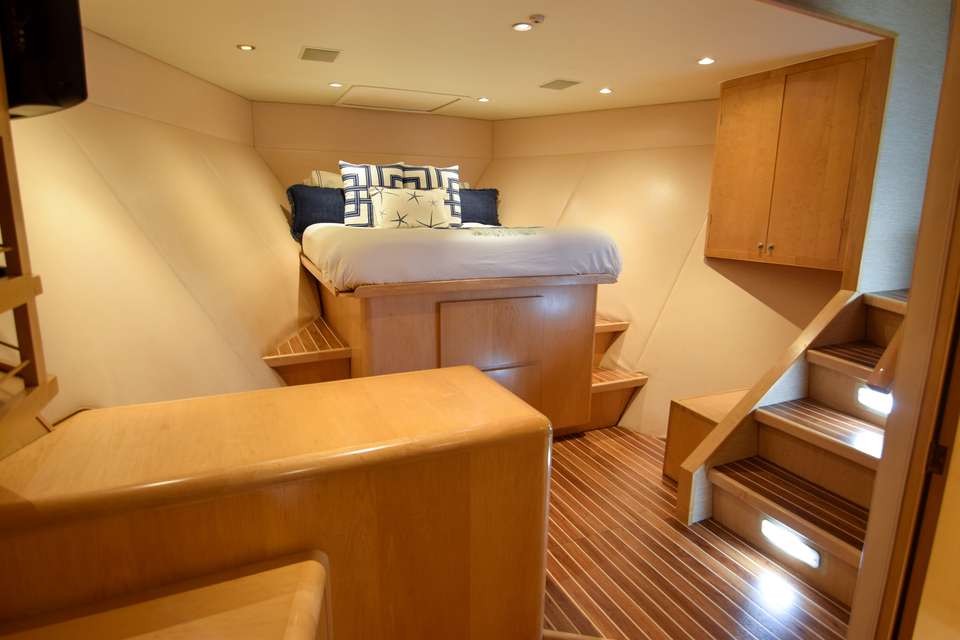 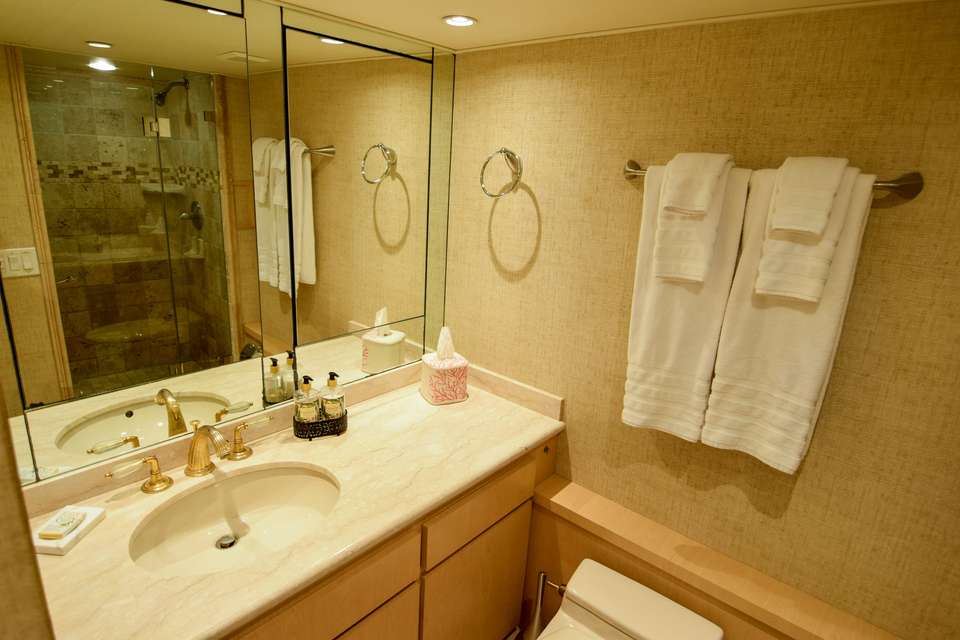 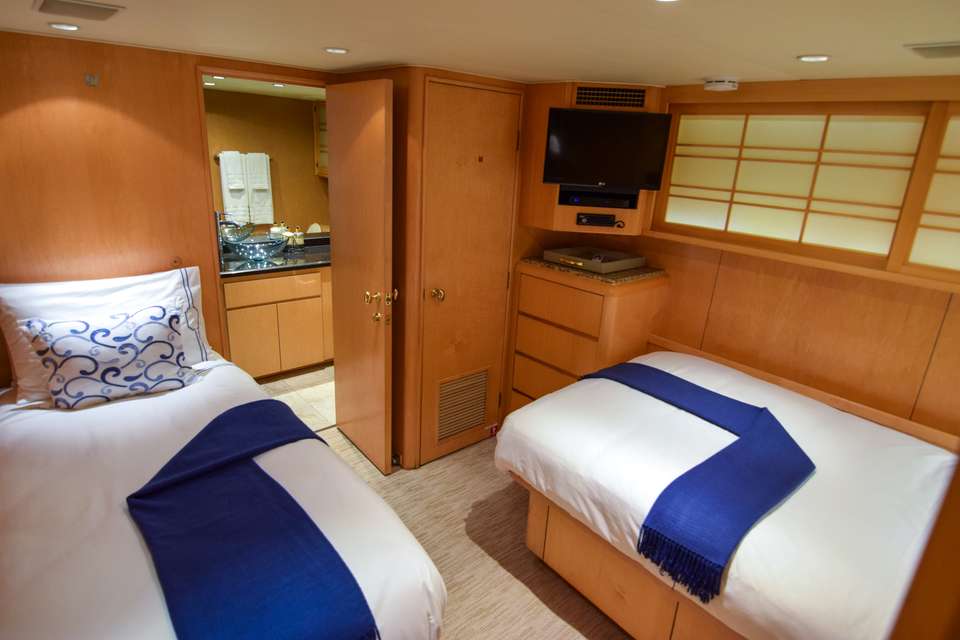 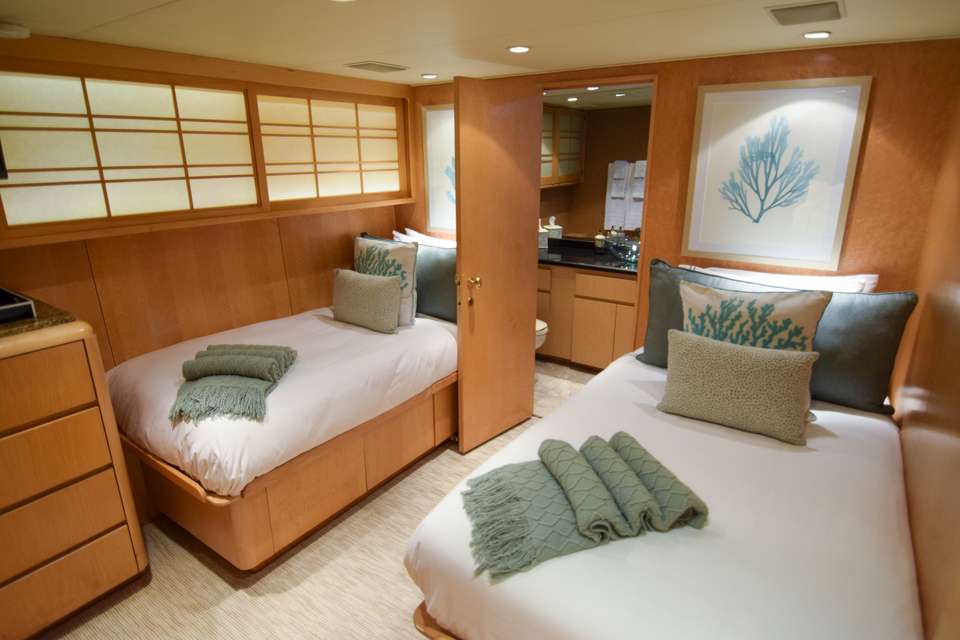 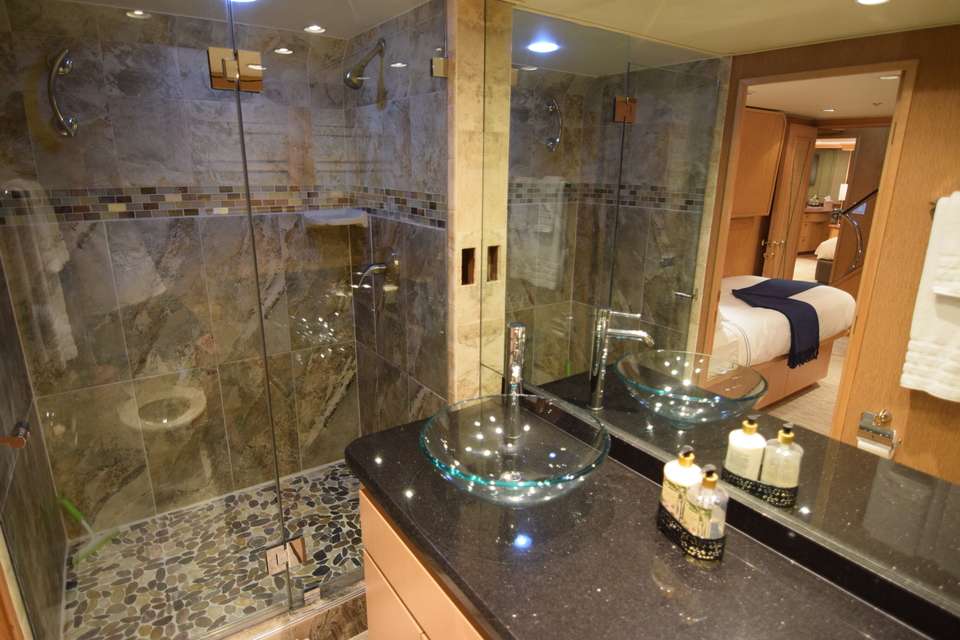 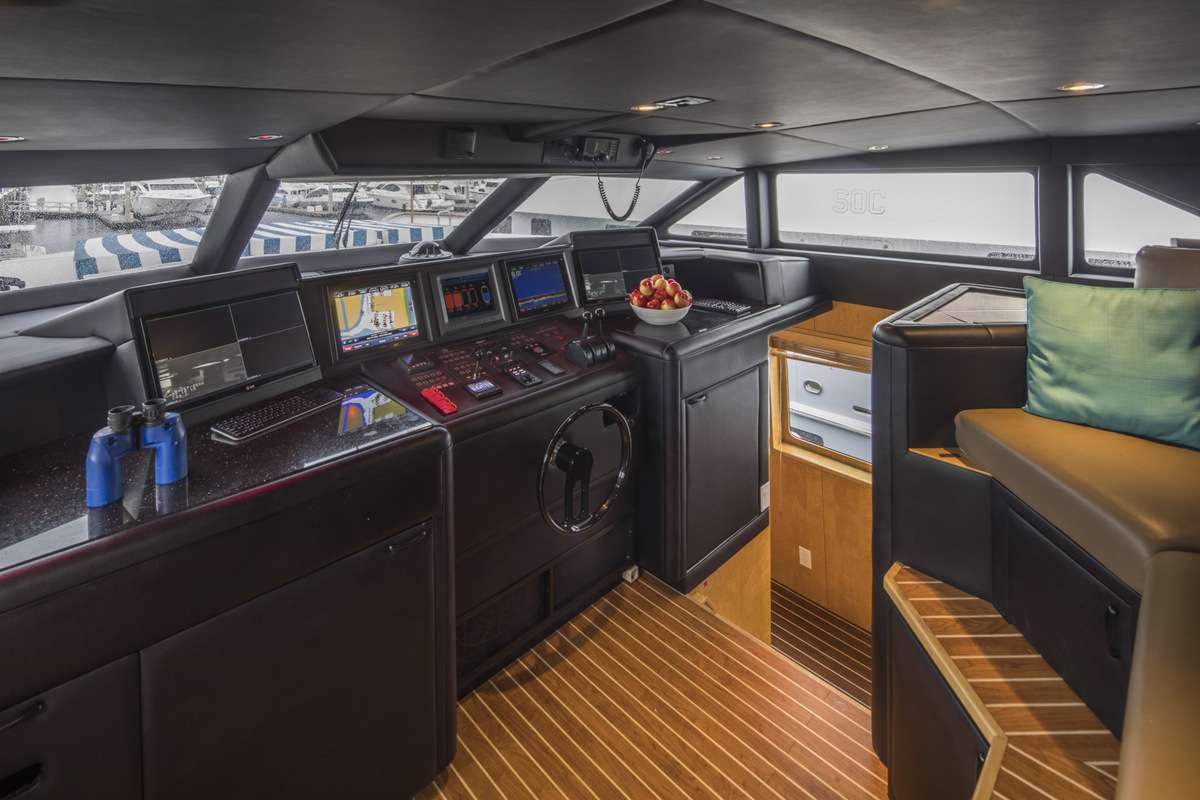 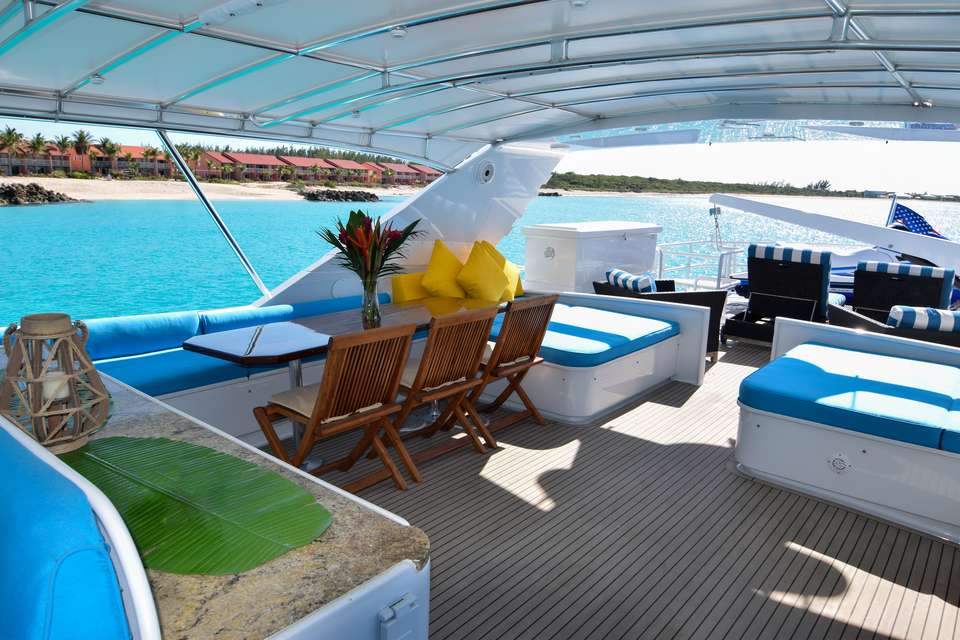 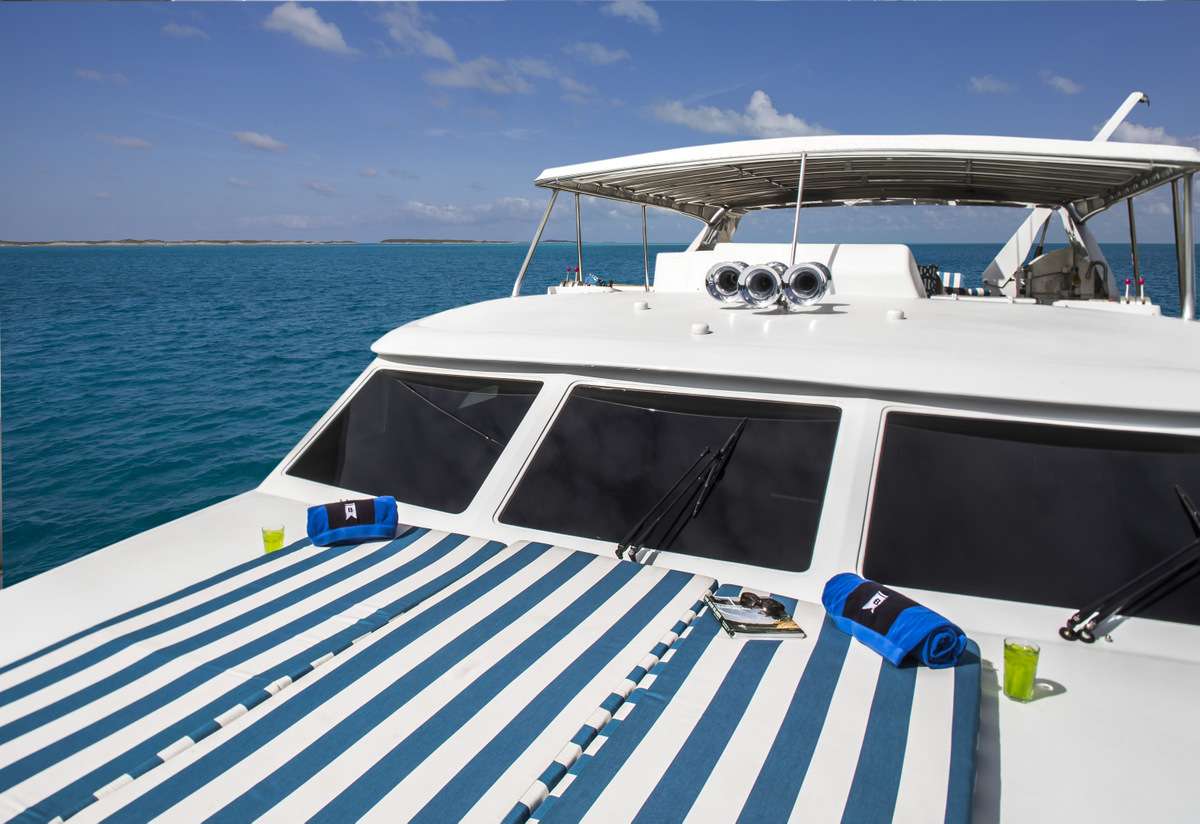 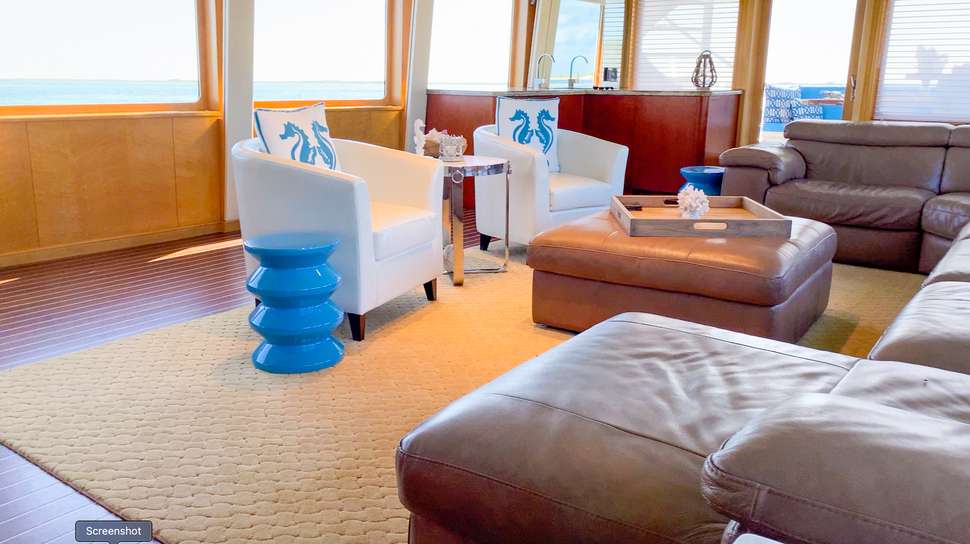 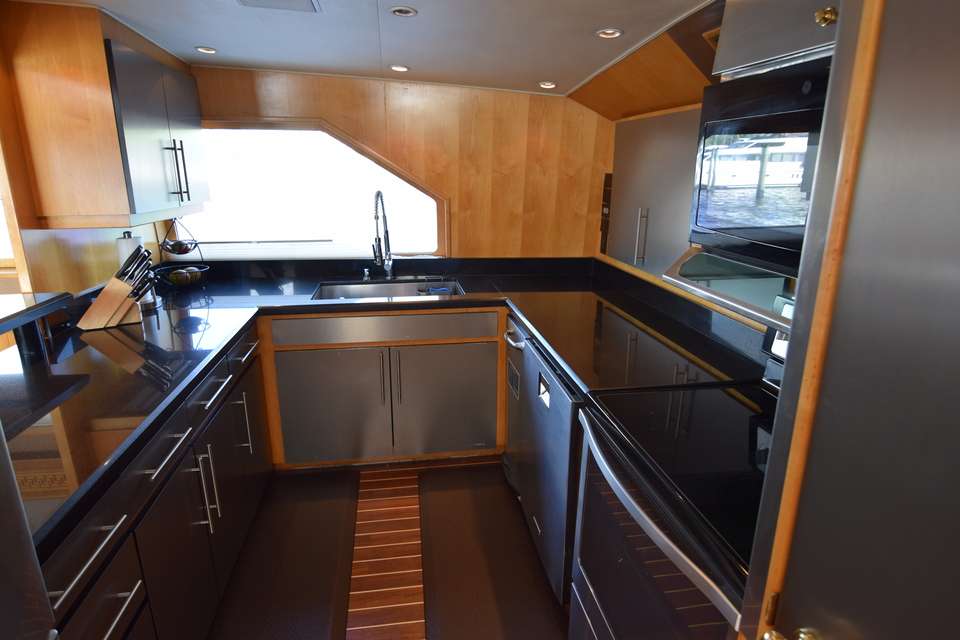 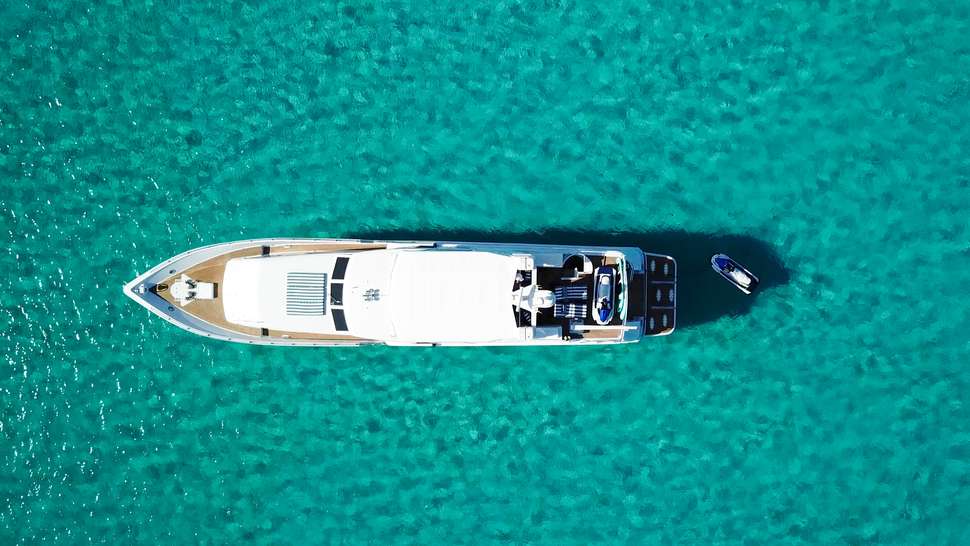 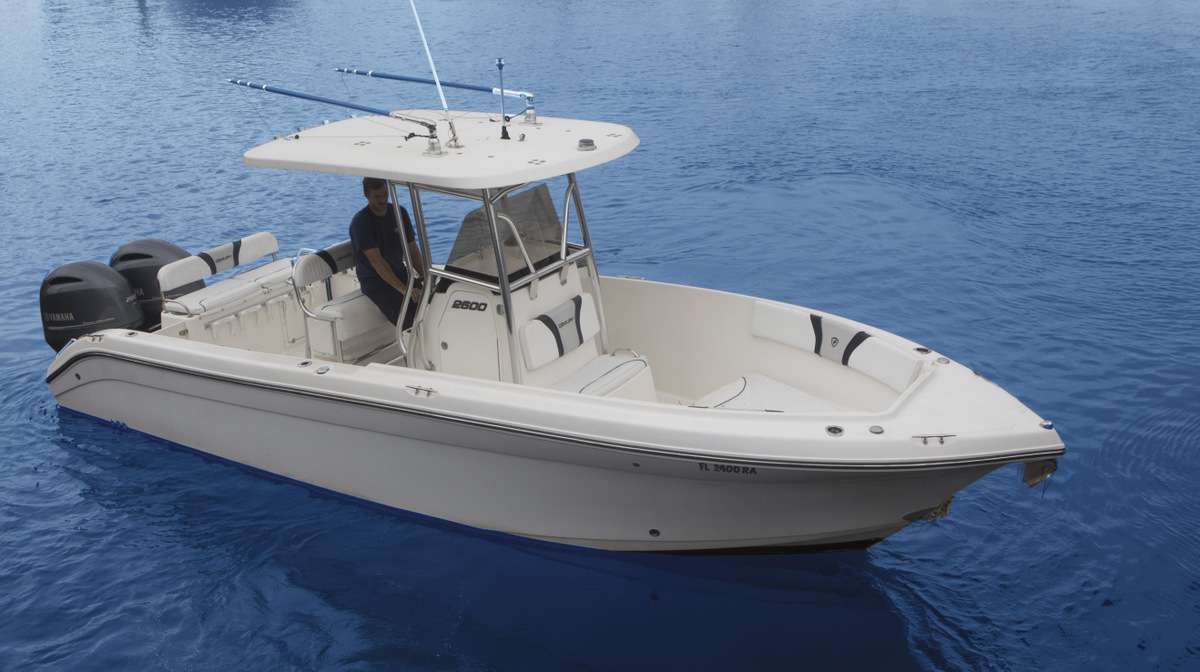 One Guest Stateroom, port with queen bed and ensuite bath.

One Guest Stateroom, starboard with two twin berths, a Pullman, and ensuite bath

The VIP Queen stateroom is located forward of the galley for added privacy.

Captain: Mark Blanton
Raised in South Florida, Capt Mark has spent his entire life working on or around the water. He started working on sportfishing boats in his early teenage years. He would spend his summers cruising and fishing the waters of South Florida and the Bahamas. After graduating high school, Mark joined the US Coast Guard where his tours took him to Alaska, Hawaii, and finally Key West before getting out. After the Coast Guard, Mark went and finished his Business degree from Shorter University. Never being far from the water, he started working on yachts again and has been ever since. The past 15 years, Mark has been cruising and fishing the waters in South Florida, Bahamas, and Gulf of Mexico. His spare time is spent with his family on the Gulf Coast of Florida where he still dives and fishes every chance he gets. His knowledge of Florida and the Bahamas will make your experience on Island Vibe unforgettable.

First Mate: Meyer Robinson
Meyer Robinson is the First Mate aboard the Island Vibes. Born in Meridian, Mississippi, he grew up on the Gulf Coast between Mobile, Alabama and Pensacola Beach, Florida. Growing up on the water, he learned boating from a young age. He begin working as a deckhand aboard a private sport fishing vessel out of Pensacola Beach as a teenager. After graduating high school, he joined the United States Coast Guard where upon he served aboard the USCGC Tarpon out of Tybee Island, Georgia. He attended Auburn University after serving where he earned a Bachelor’s Degree in Business Administration. Upon graduating, he took a First Mate position aboard another private sport fishing vessel out of Orange Beach, Alabama, and took over as Captain within a few years time. He ran several vessels between the Gulf Coast and the Bahamas over the course of the next five years. This eventually led him to work with Captain Mark aboard another sport fishing vessel out of Destin, Florida, which led them both to come aboard Island Vibes. Meyer currently holds a 100 Ton Captain’s License along with a Private Pilot’s License. He resides in Gulf Shores, Alabama, and is an avid hunter and fisherman.