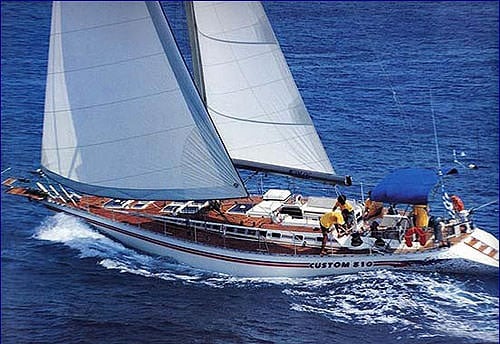 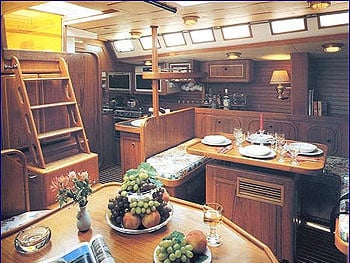 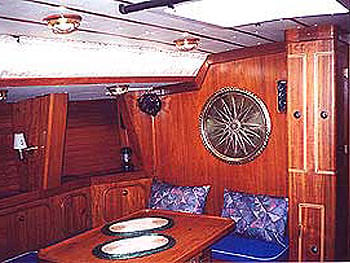 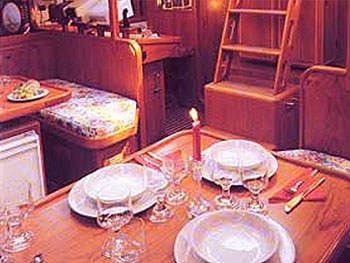 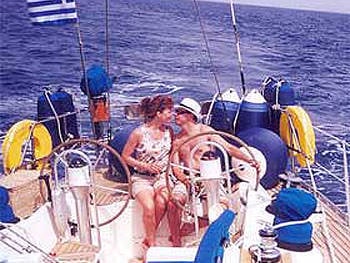 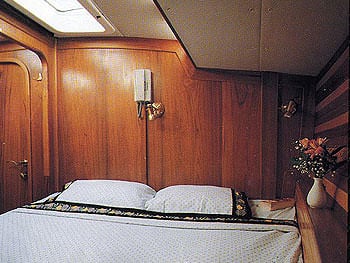 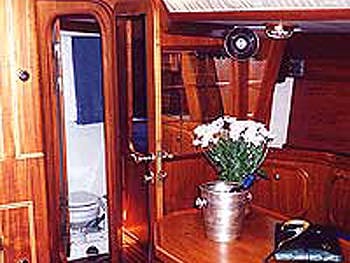 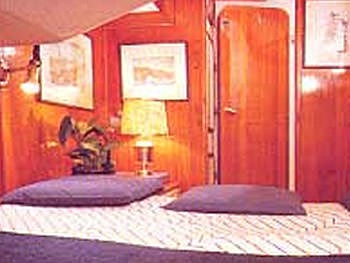 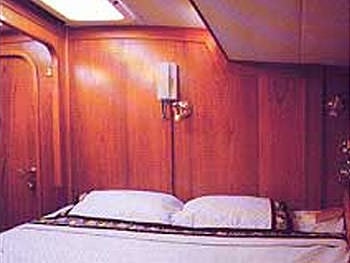 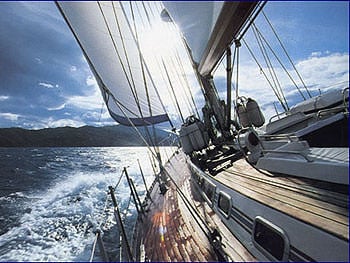 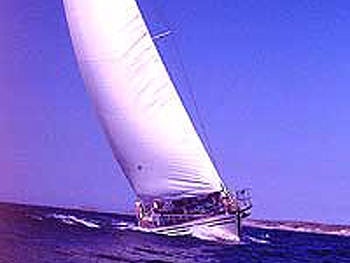 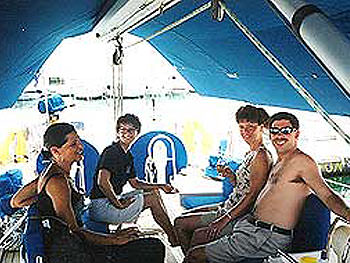 This is an owner’s version design. One owner’s cabin with a king size bed and two double cabins all ensuite facilities

Dimitris Paparis was born in Athens and has been sailing in the blue Aegean waters since he was eight years old. The sea has been his second home. As a child he successfully competed and won four races in Olympic class FIN and 420s. In 1999 Dimitris competed and placed in the world famous Mackinaw Race on Lake Michigan. Since 1982 he has been a freelance skipper working with all the major Greek charter companies. This experience has given him an intimate knowledge of the Greek Islands, the Turkish coast, and the Mediterranean Sea.

In the winter season his sailing has taken him on journeys through the Caribbean Sea. Both Gina and Dimitiris speaks English fluently and this assures being able to accommodate charter guests needs and wishes.

Gina. Kossiori Greek – American, born in Detroit. Has a degree in Economics and speaks 3 languages (English, French,German). Runs business in Athens, she answers your questions, and takes care of all the small details of your holidays. Excellent chef and a mother of two 8 year old lovely girls (twins)