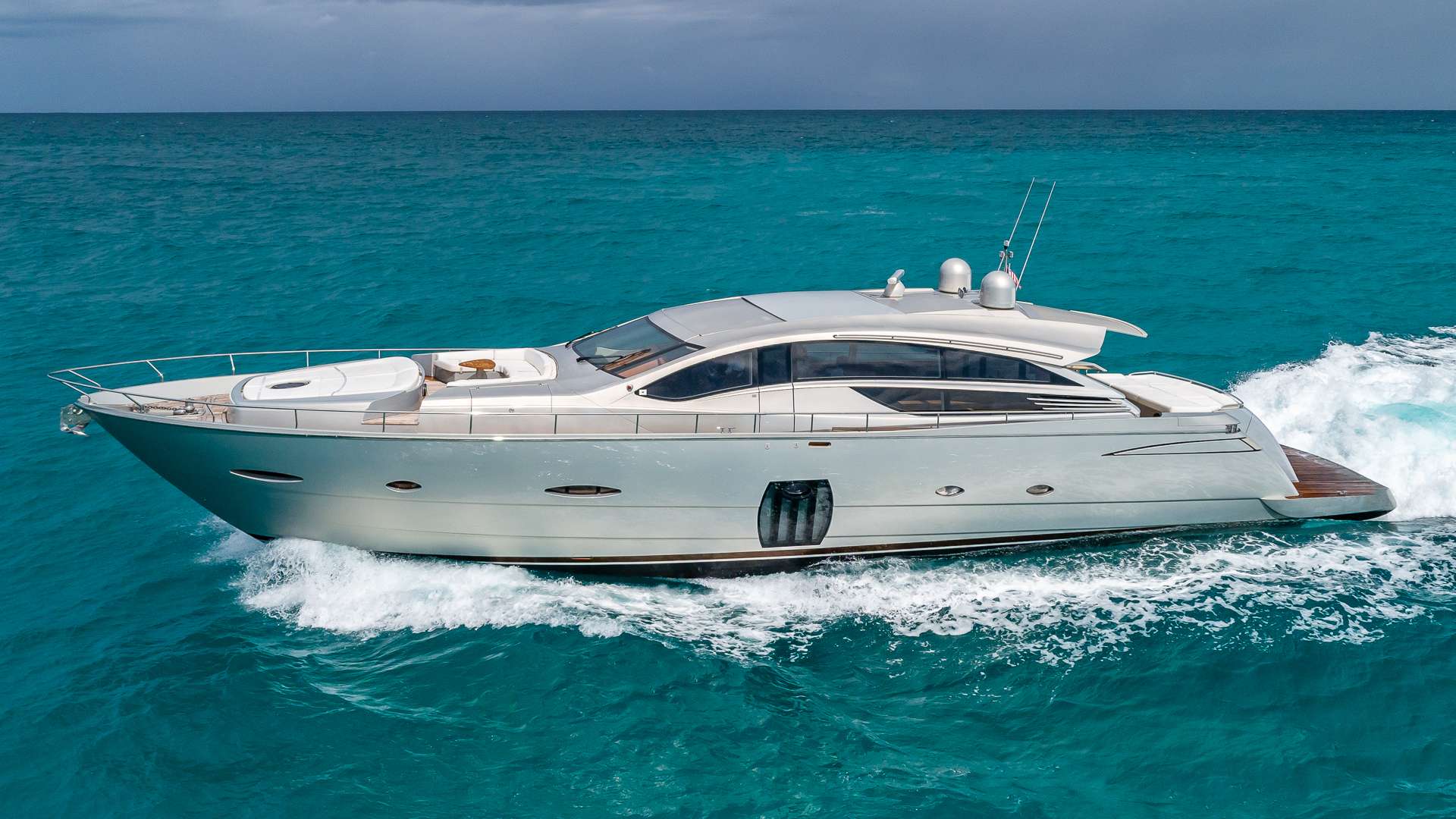 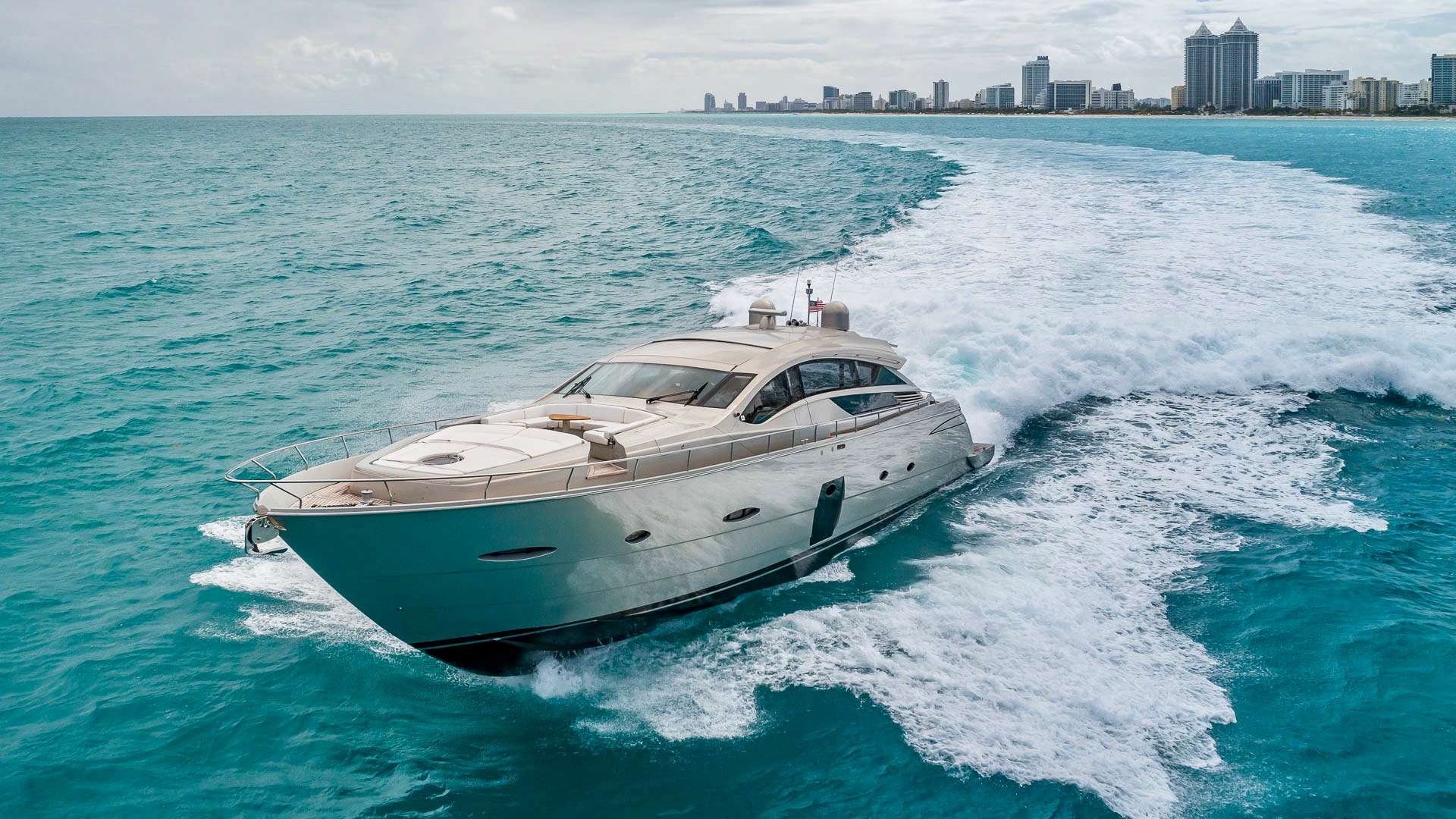 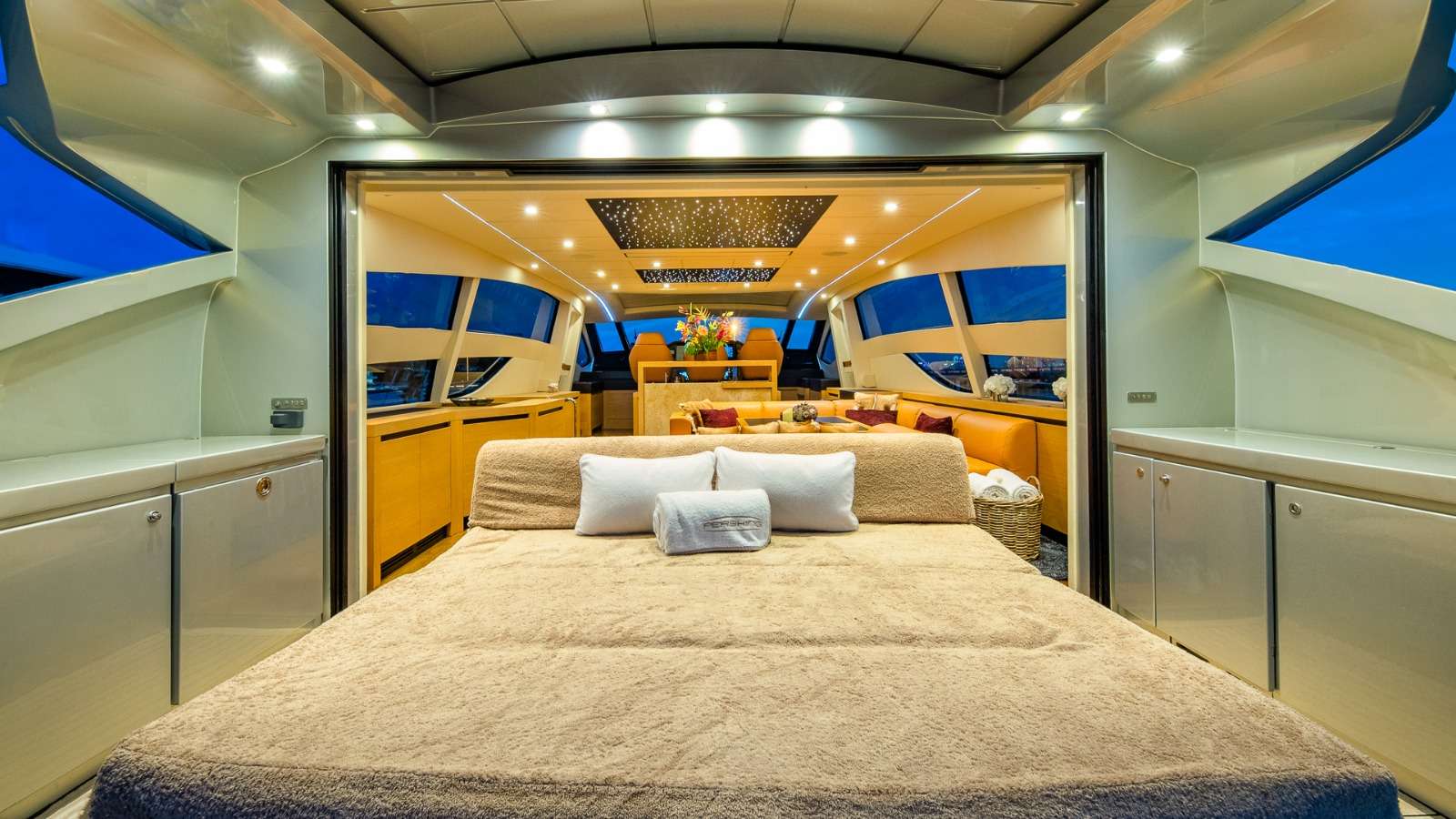 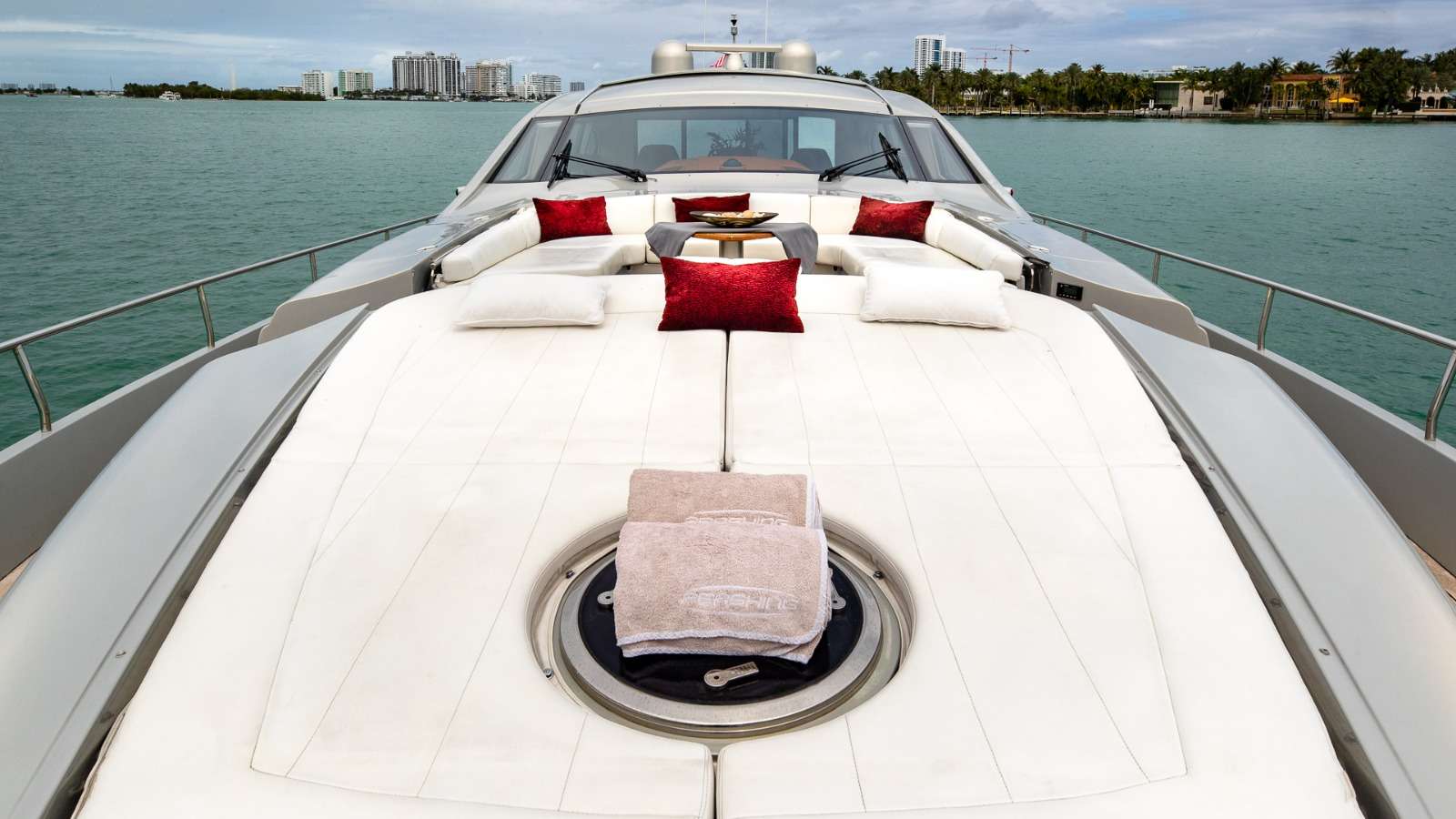 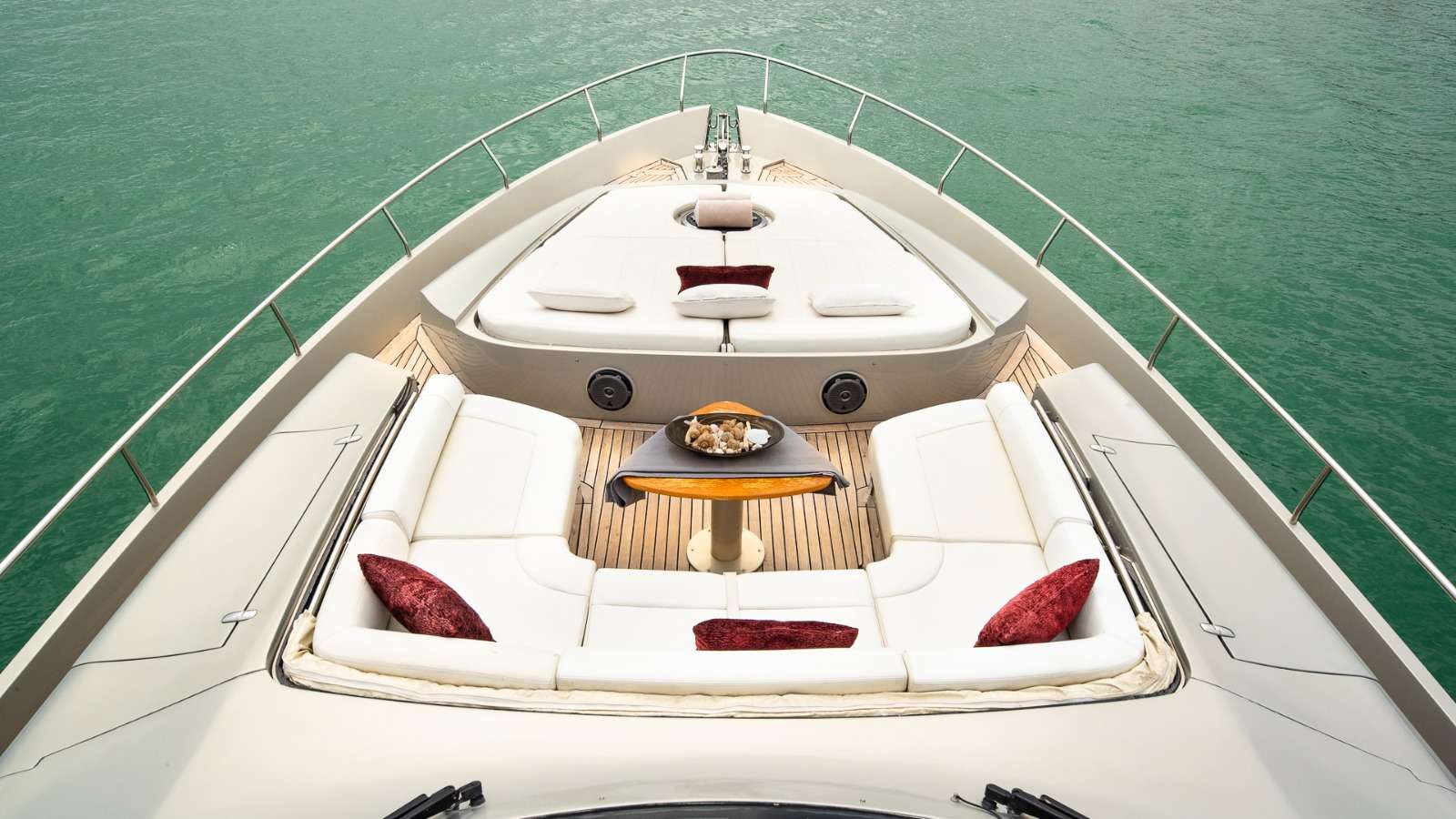 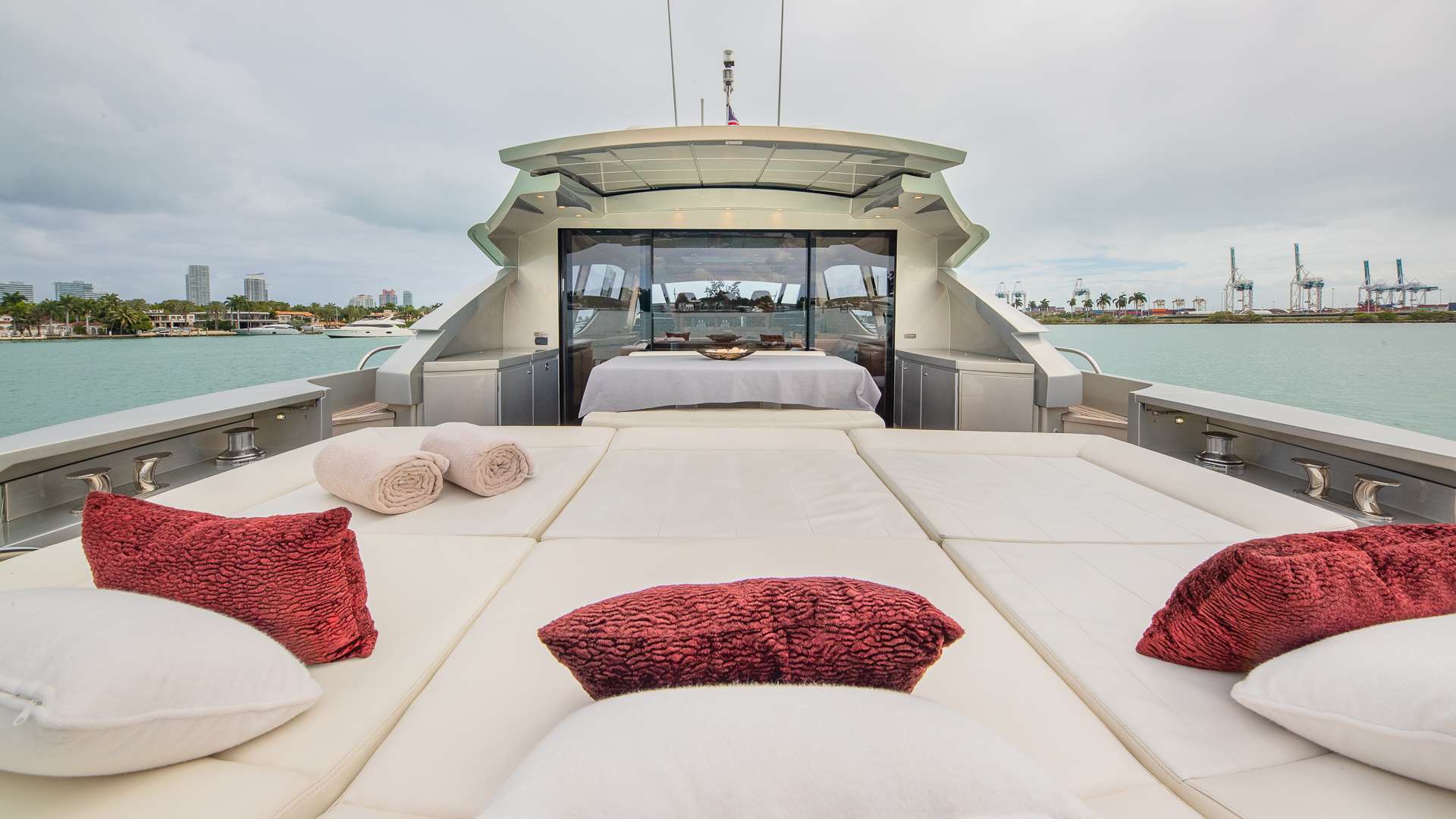 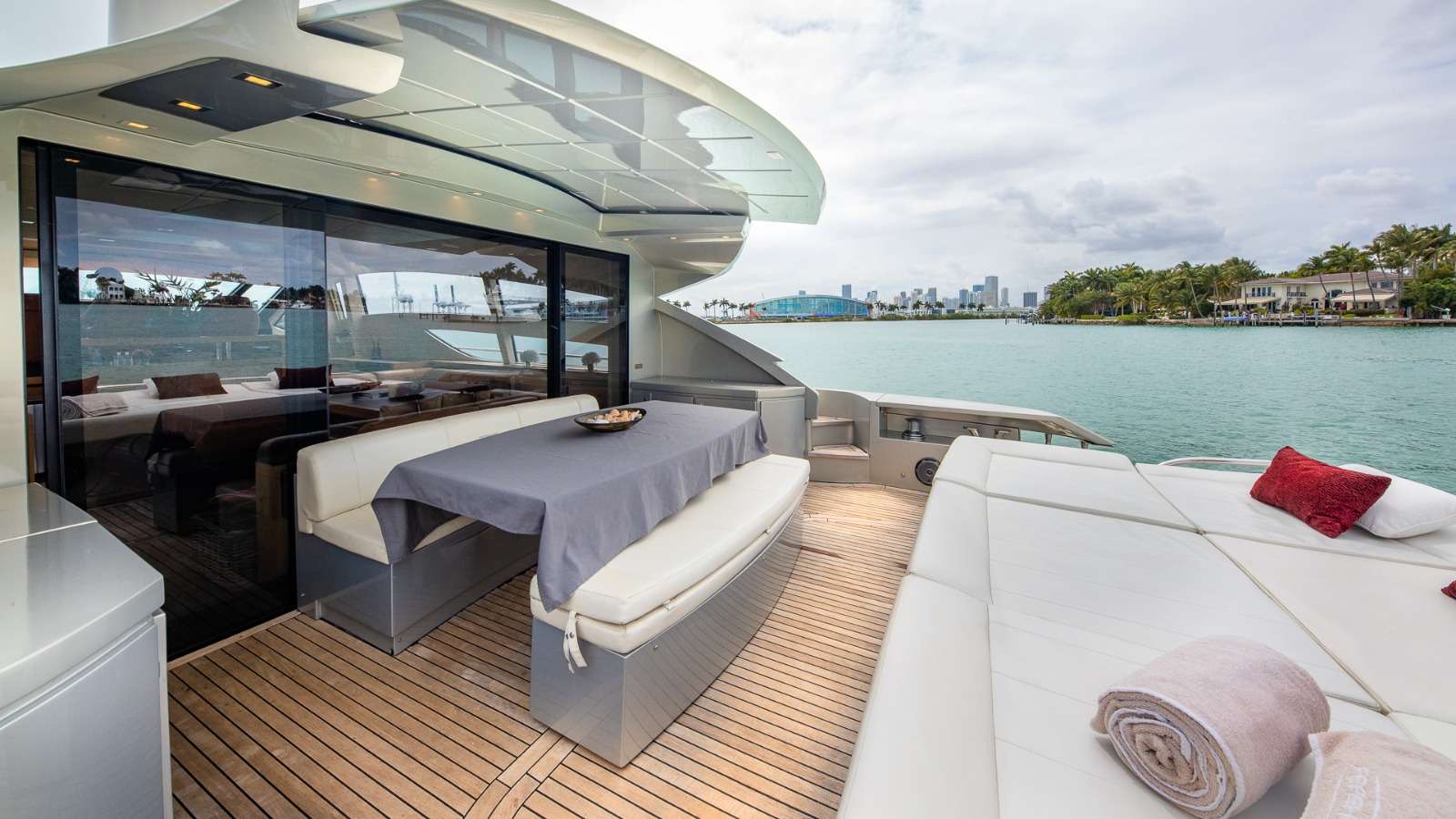 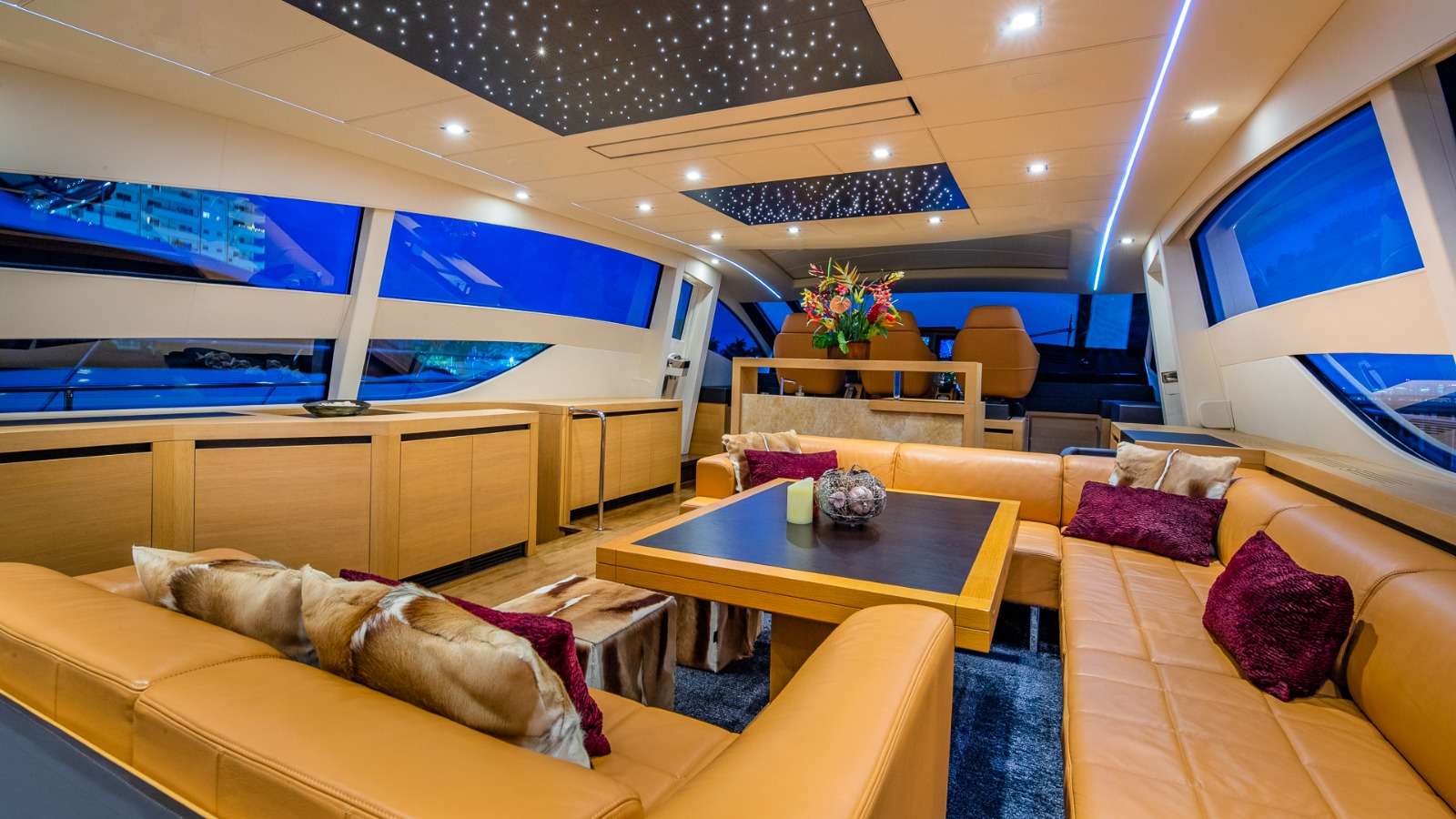 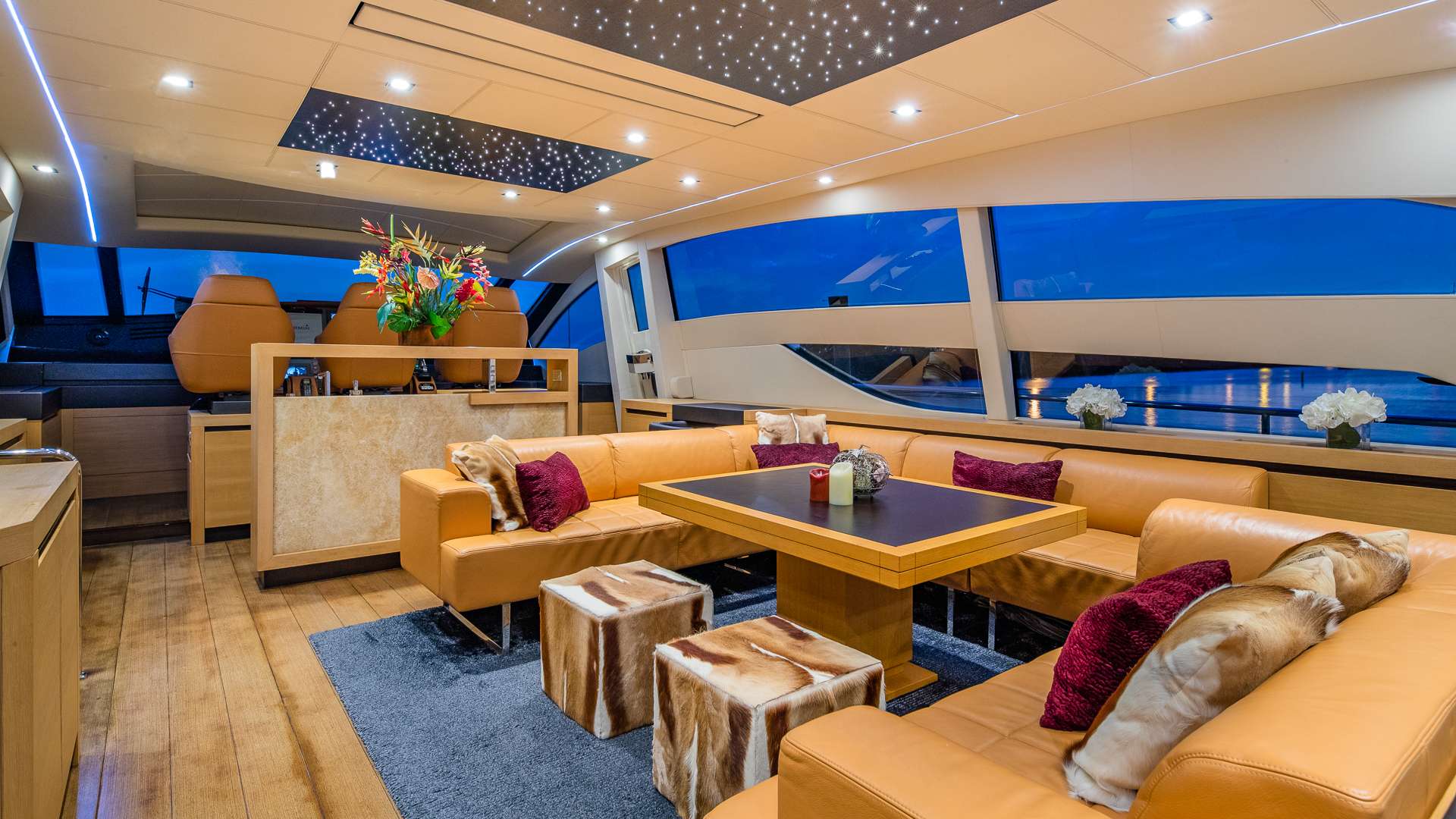 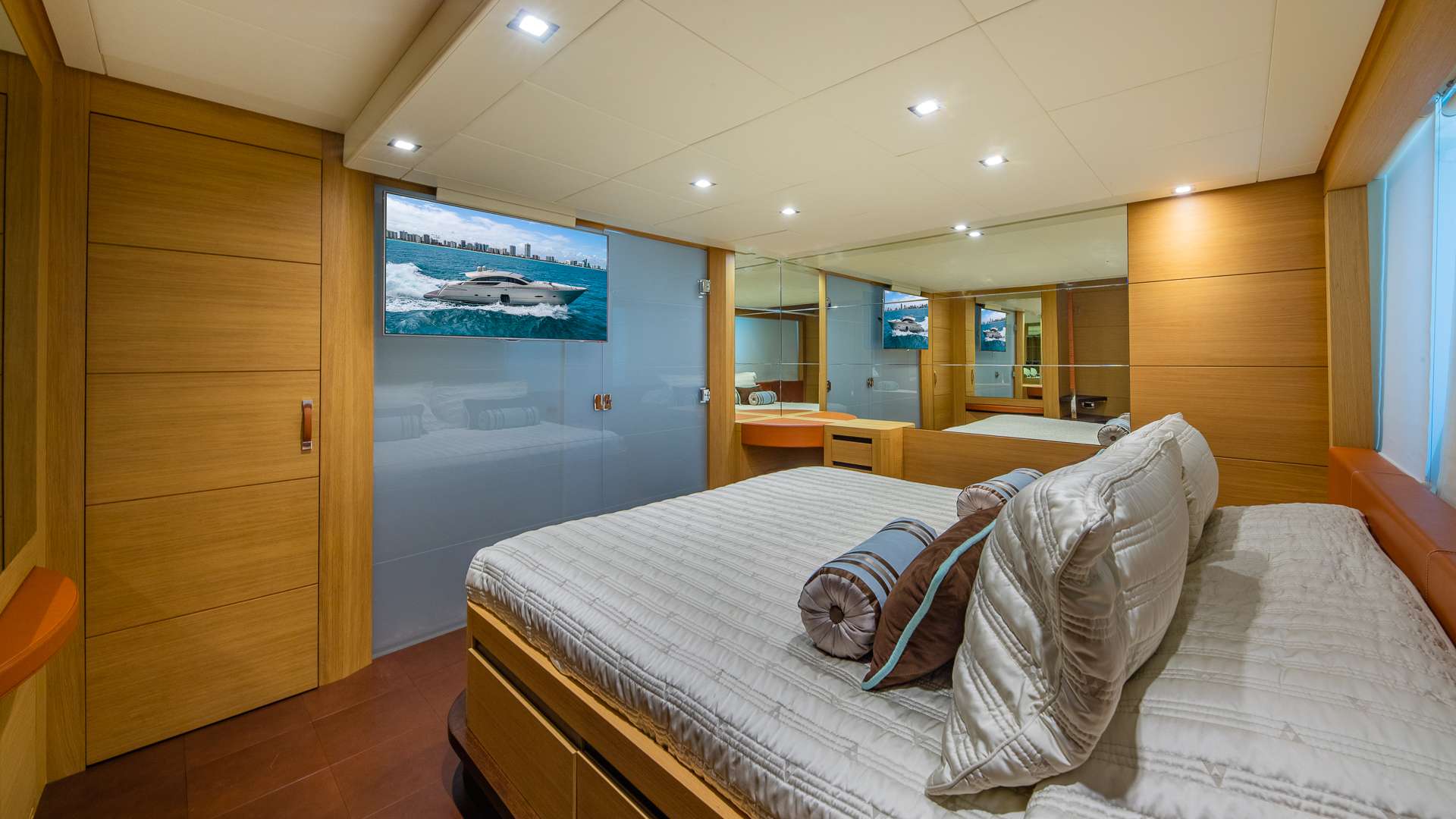 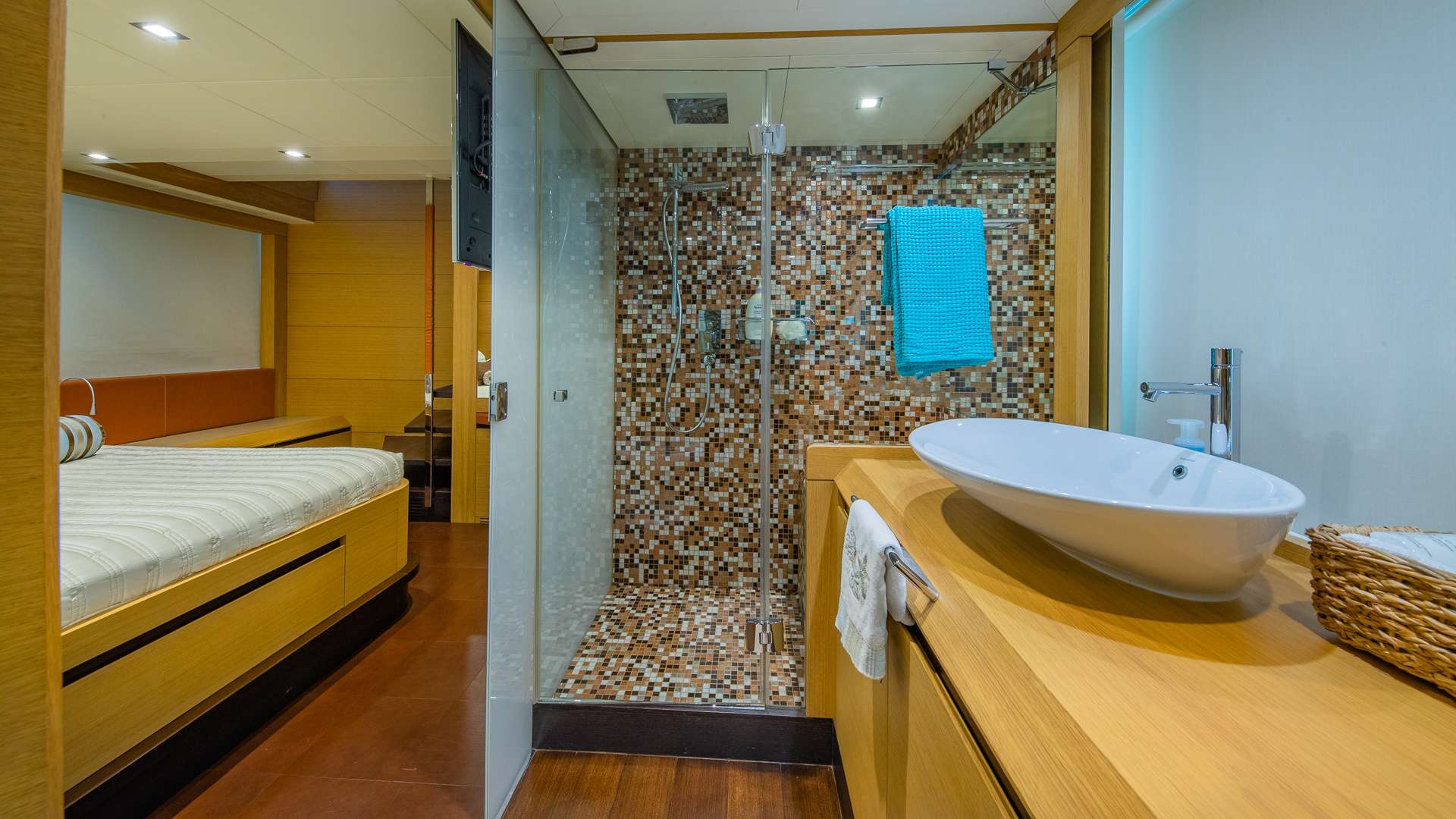 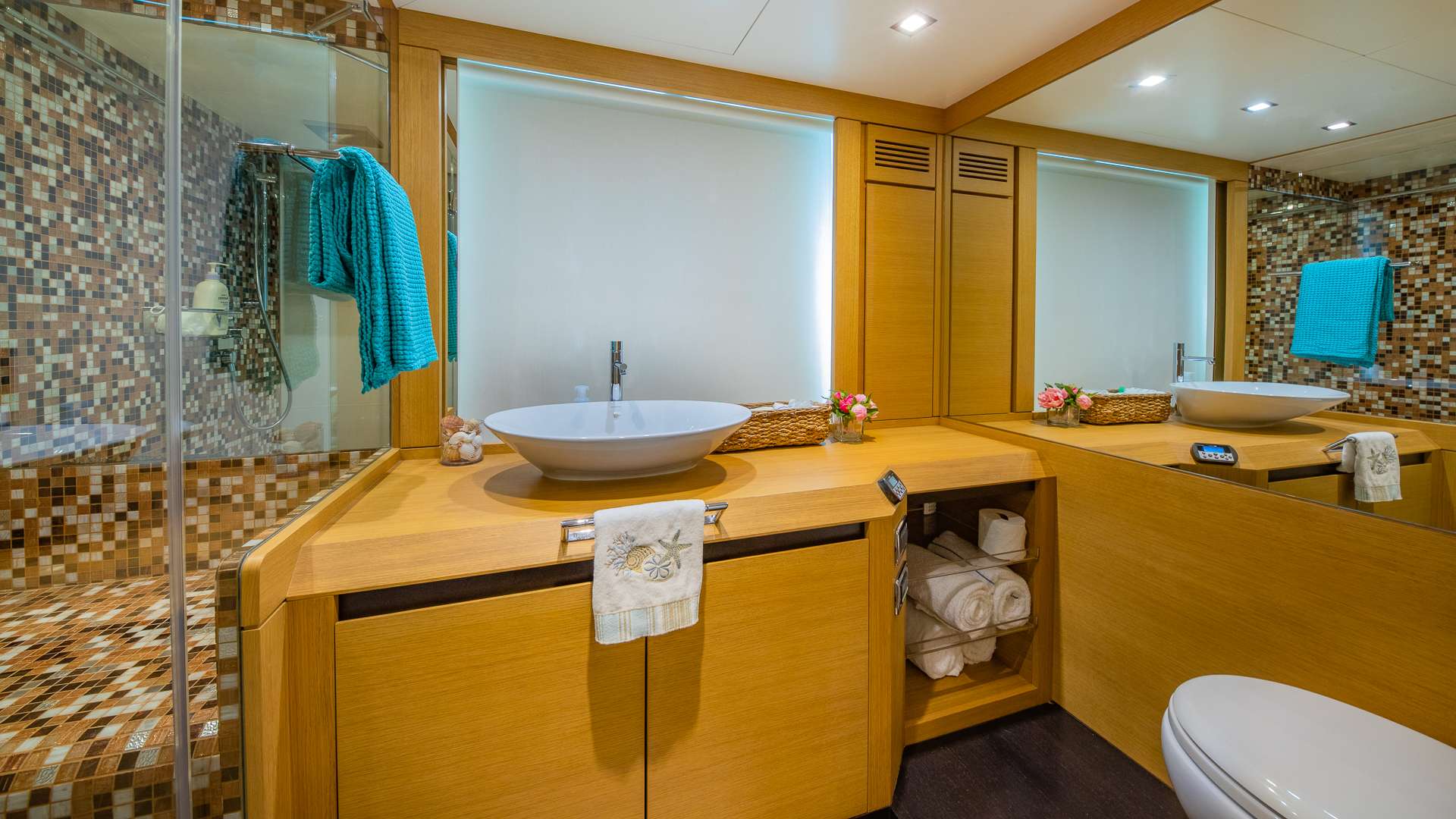 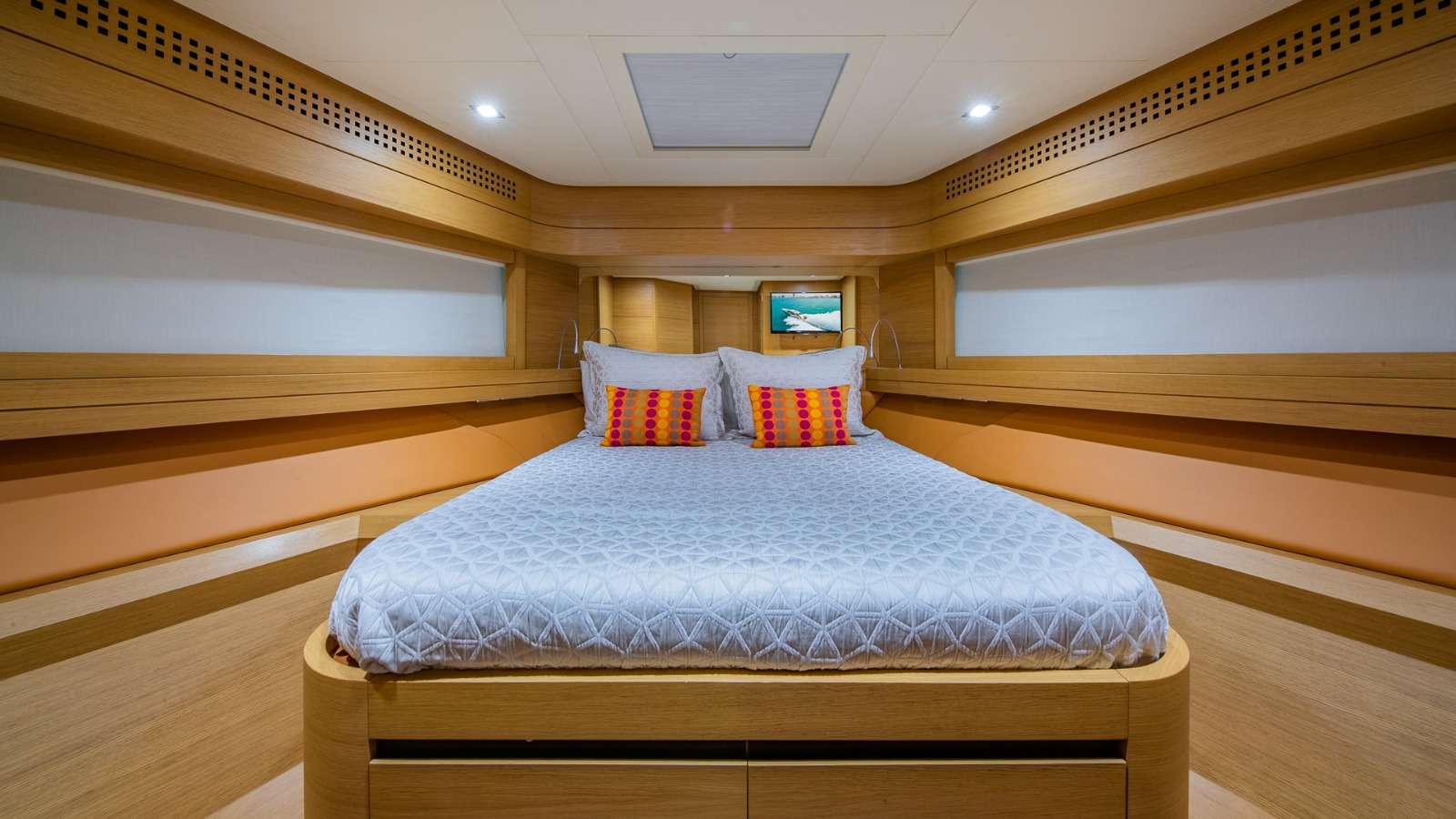 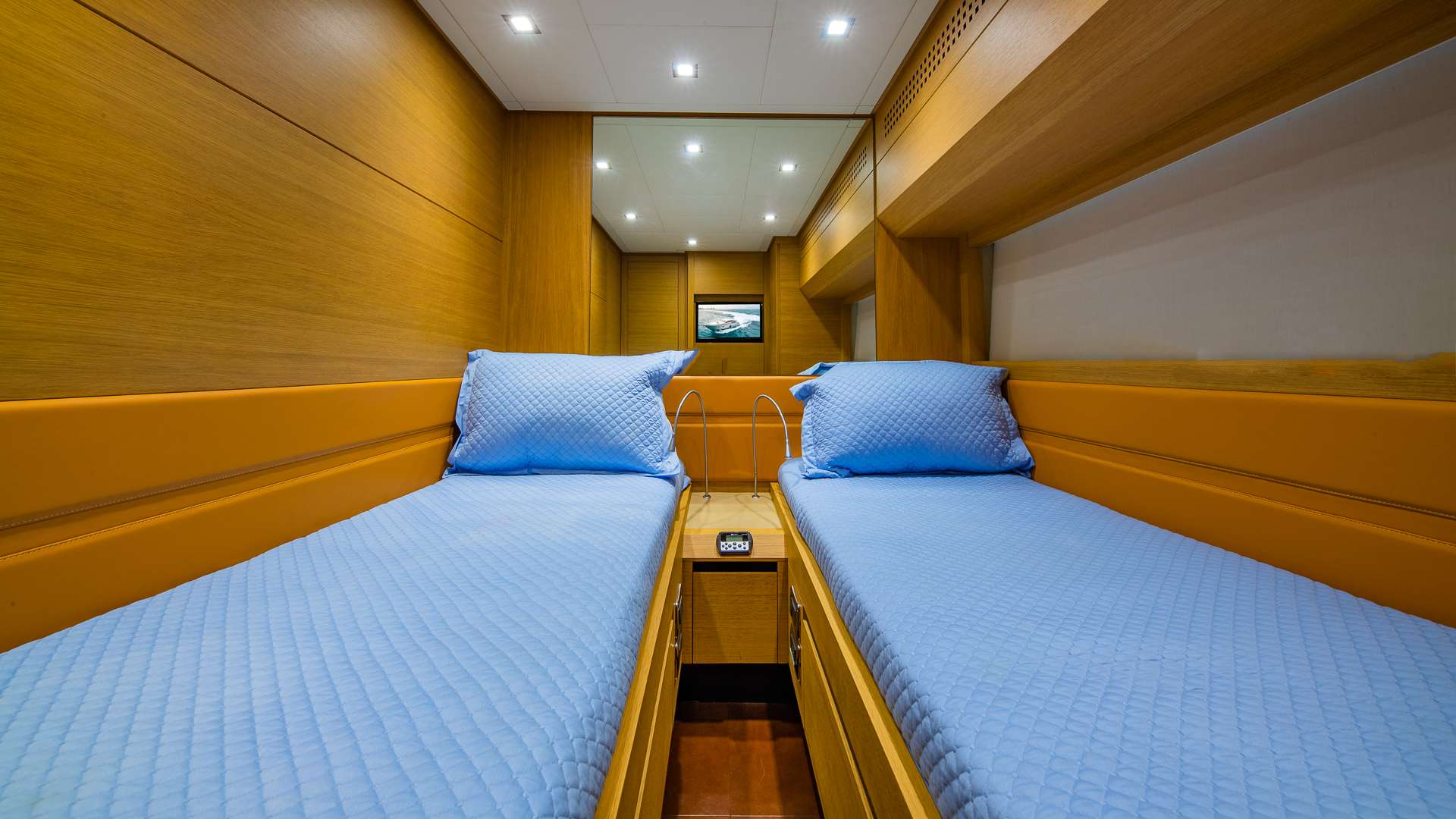 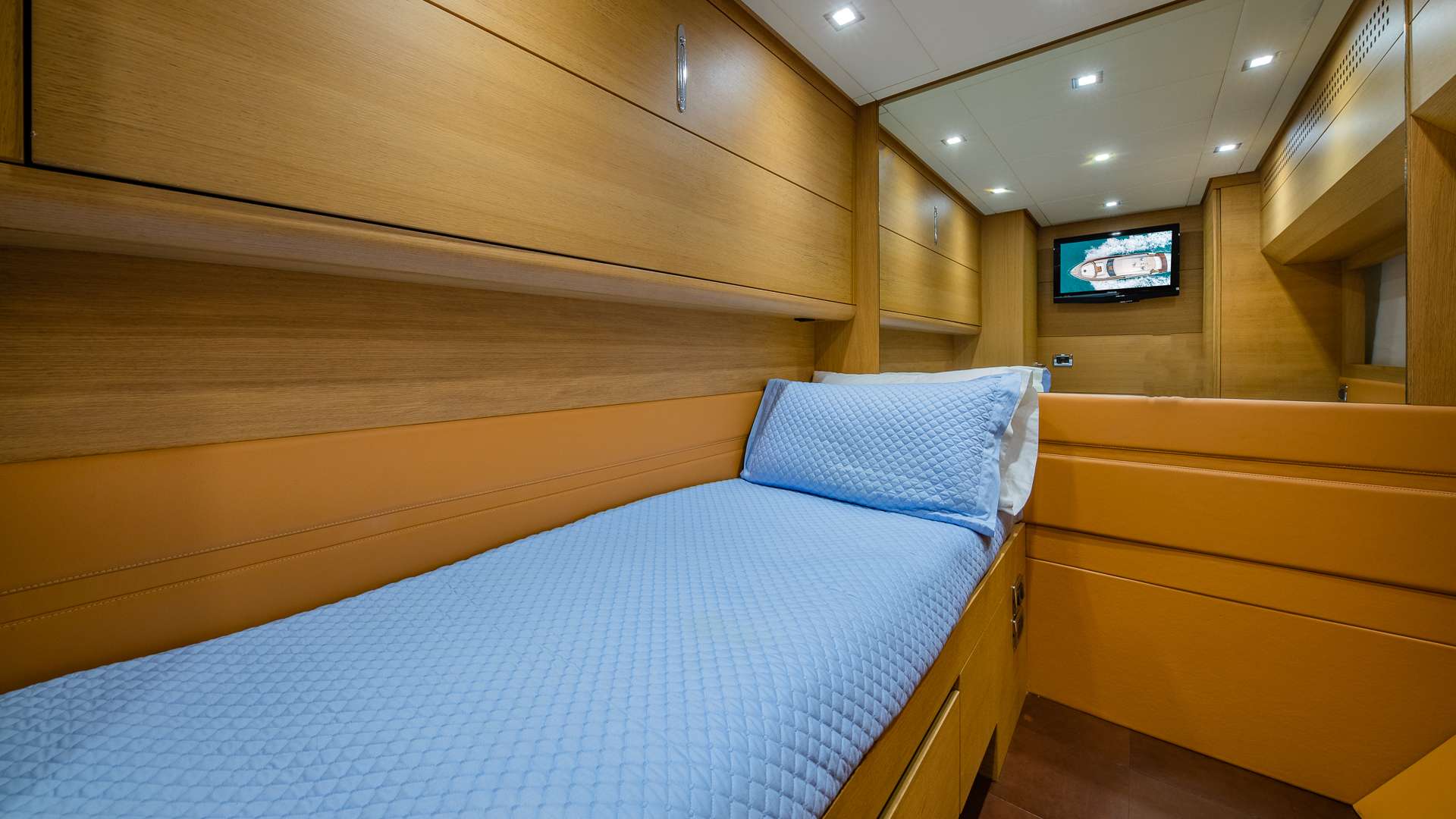 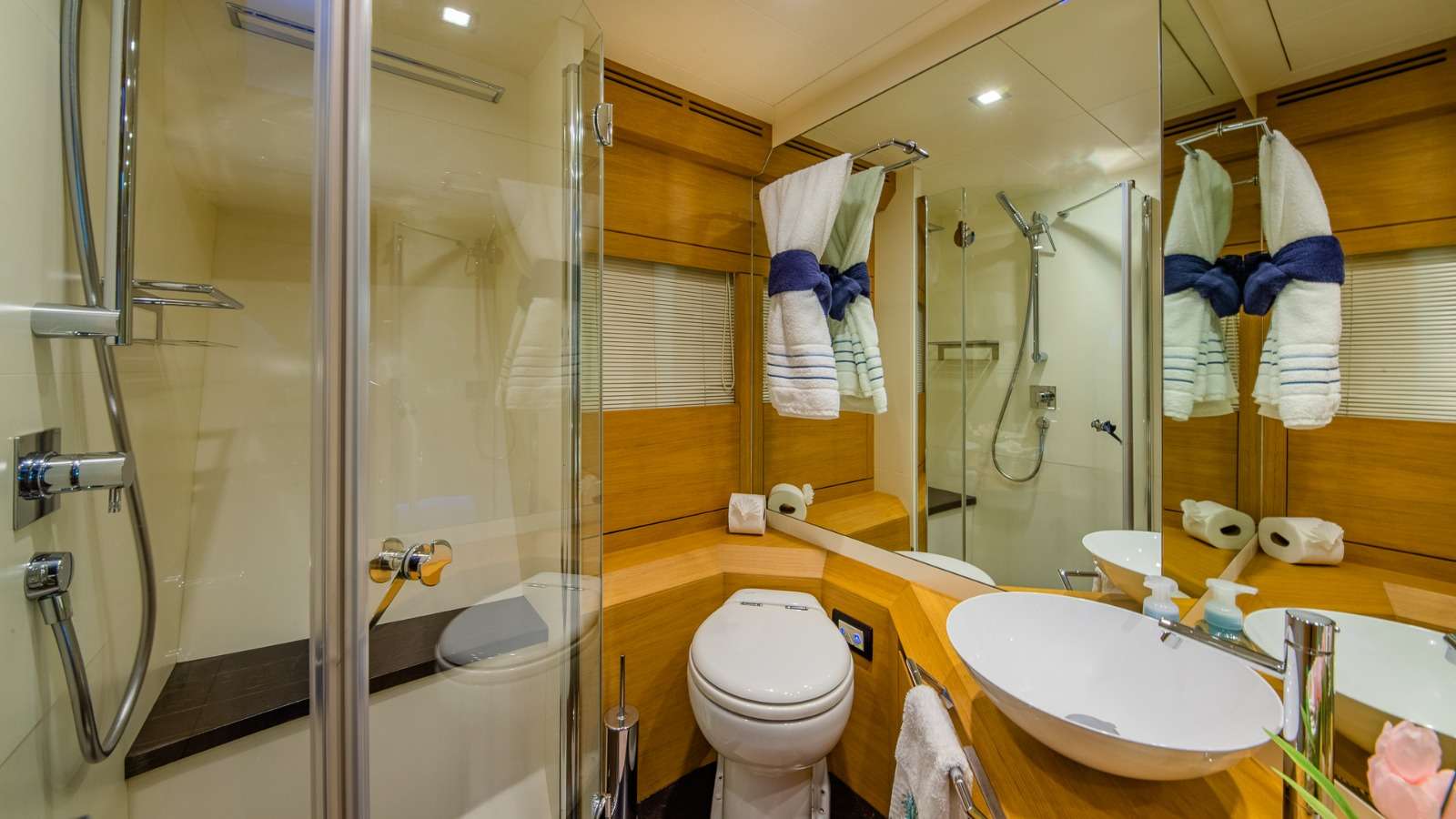 Twin Guest Stateroom (Starboard)
The starboard twin guest cabin on this Pershing has one fixed bed plus a Pullman berth in lieu of two side by side bunks.
This was originally done to accommodate an exercise bike for the initial owner. The bike is no longer there so the space
could be converted back to a bunk by a local marine carpenter or utilized for storage.
Alt bulkhead mirror
Audio system
Built in circular speakers
Built in ceiling spotlights
Digitally controlled A/C system
Hinged polished stainless steel porthole with opening hook
Bleached oak nightstand
Bleached oak locker with clothes hanger, internal lighting and mirror
Single bed in bleached oak with headboard upholstered in FRAU leather
Strip lighting under the bed
Leather flooring
Light switches
Mirror
TV/DVD

Captain Mike is from Nashville, Tn. He was raised on the water and has been driving boats with his family since the age of 11. Captain Mike served with the US Coast Guard from 199-2003. He currently holds a 200 ton license and is also a certified engineer.
He volunteered with the SeaShepard organization for a year and a half.
In his spare time he enjoys relaxing on the water, playing golf, and helping keep our oceans clean.

Danialee was born in Dominican Republic and raised in North Bergen, New Jersey. She came to Miami to attend Barry University and for the beautiful weather. Upon completing her Bachelor’s degree in accounting, she joined the yachting industry. Her love for the ocean and passion for travel made the transition to the yachting industry natural and exciting. She also enjoys keeping fit when she’s not at sea and she enjoys reading as many books as she can as well as trying local cuisine all over Miami.
She takes great care in ensuring all her guests have a sensational experience while onboard M/Y Julie. She hopes to make your stay with us a memory of a life time.

Living in Africa, Asia, studying at Boston University and the Euro Center in Paris, and working in San Francisco and Puerto Rico has exposed him to
the wonders of various regional and ethnic foods. This broad exposure continues to influence his passion. Delivering an exquisite
presentation using only fresh and seasonal ingredients, he brings out the best of each item letting the flavors speak for themselves.