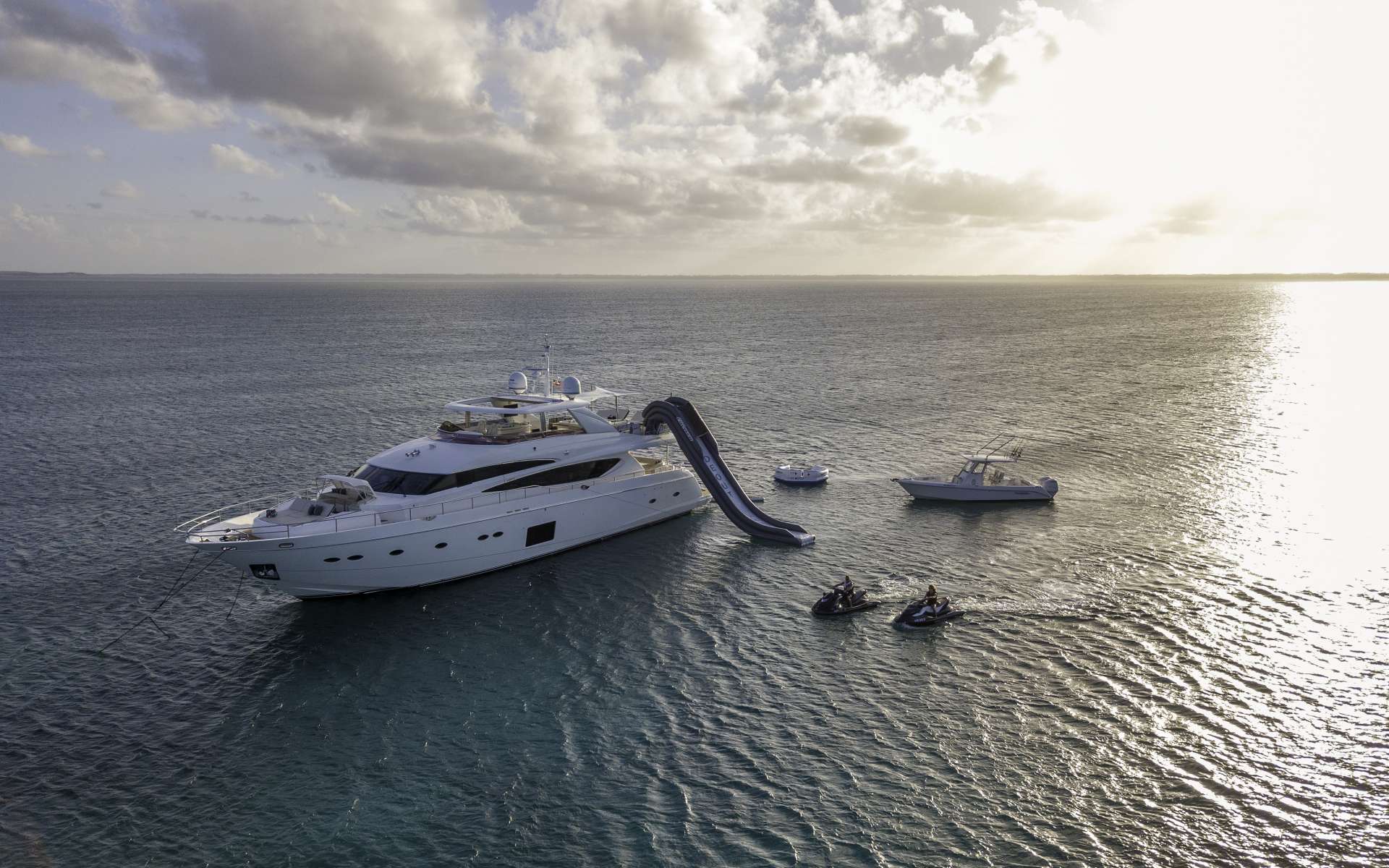 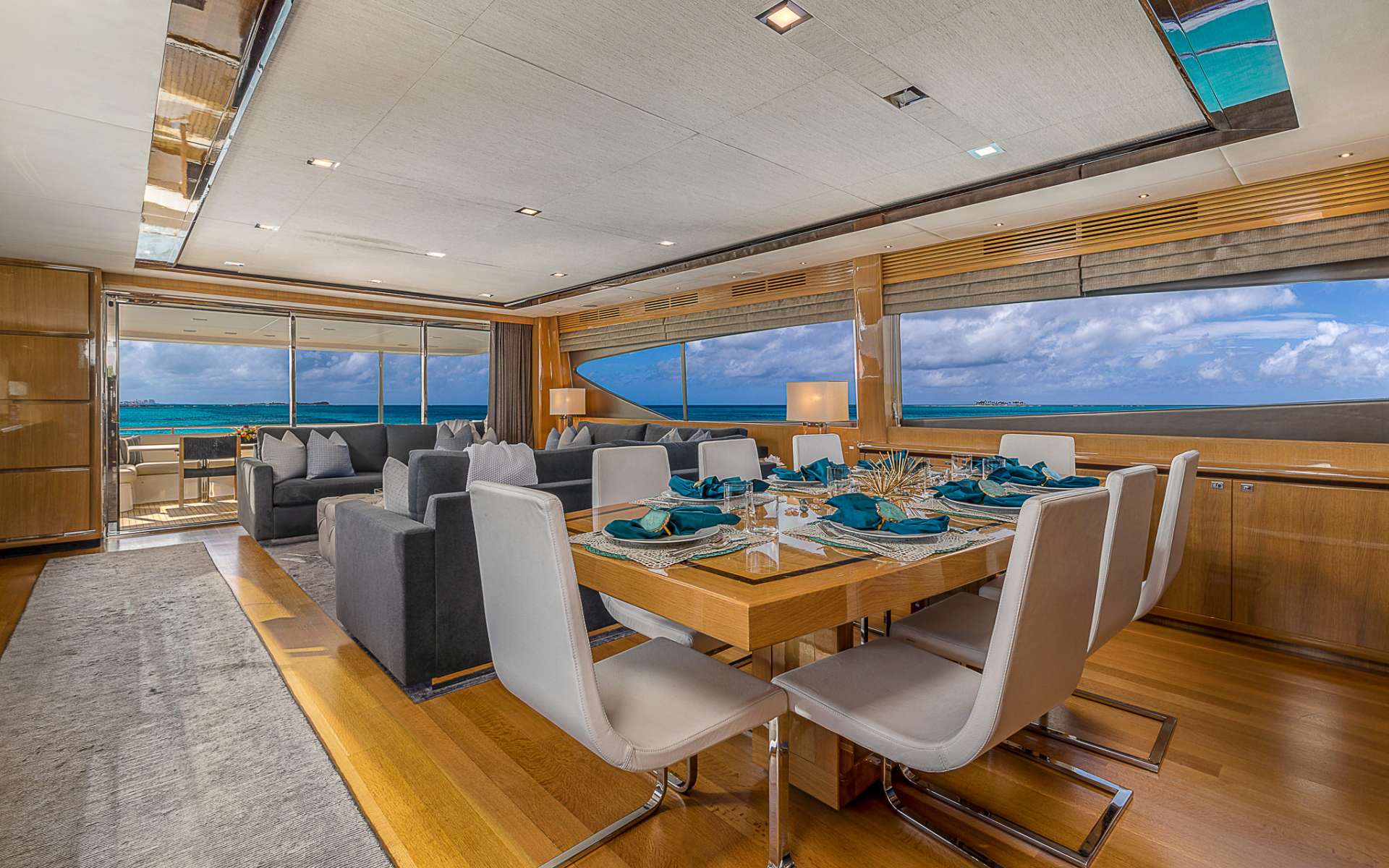 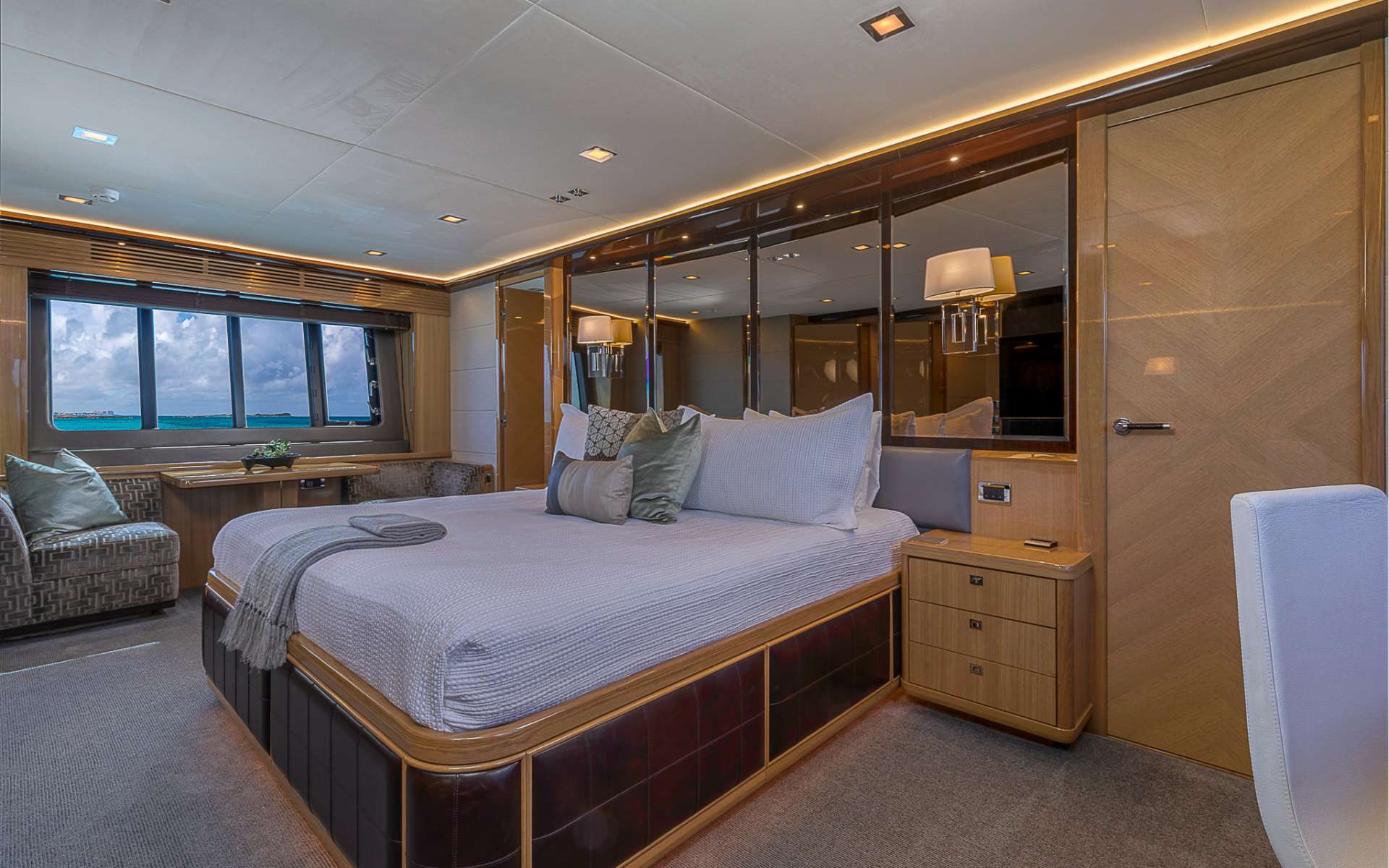 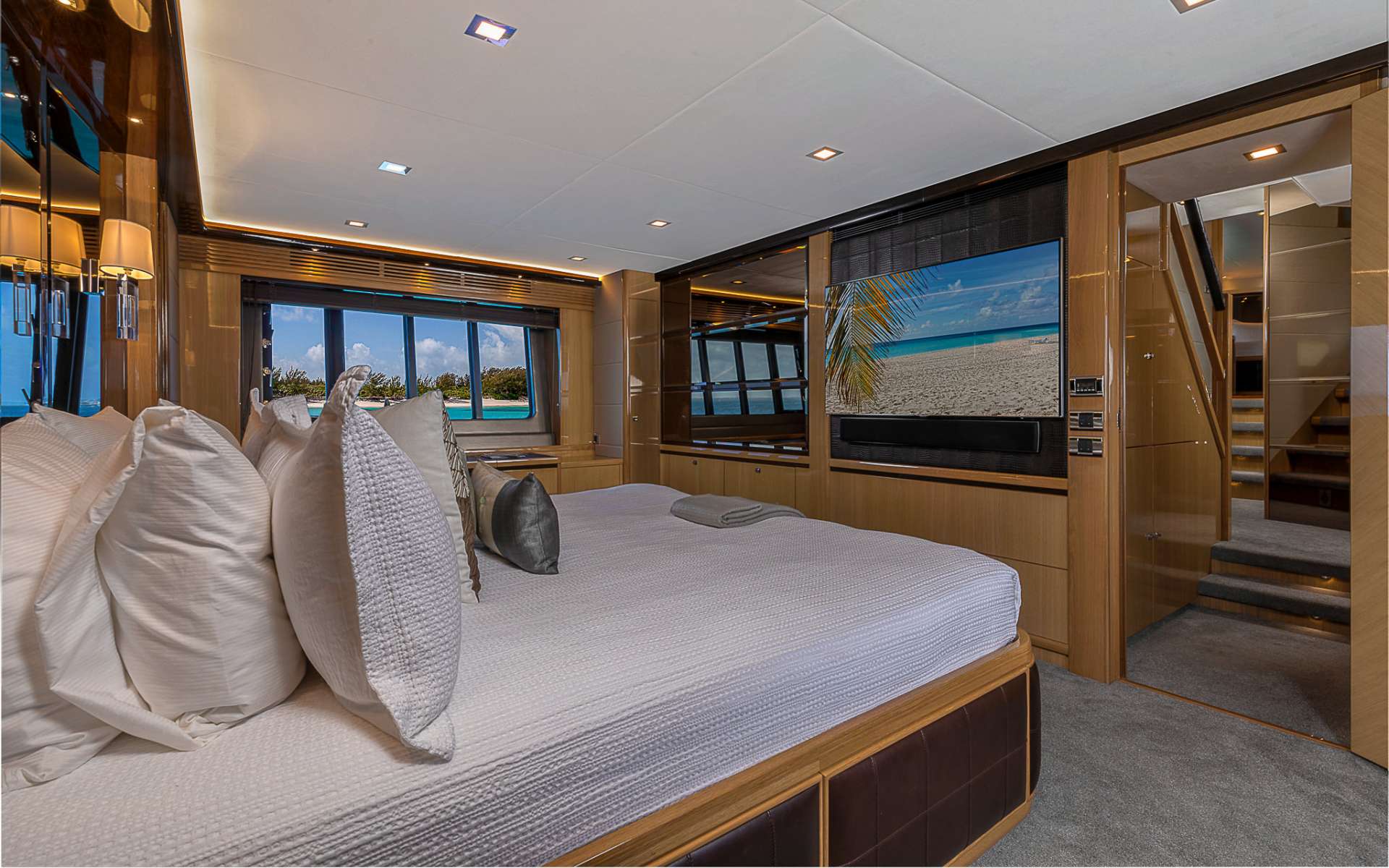 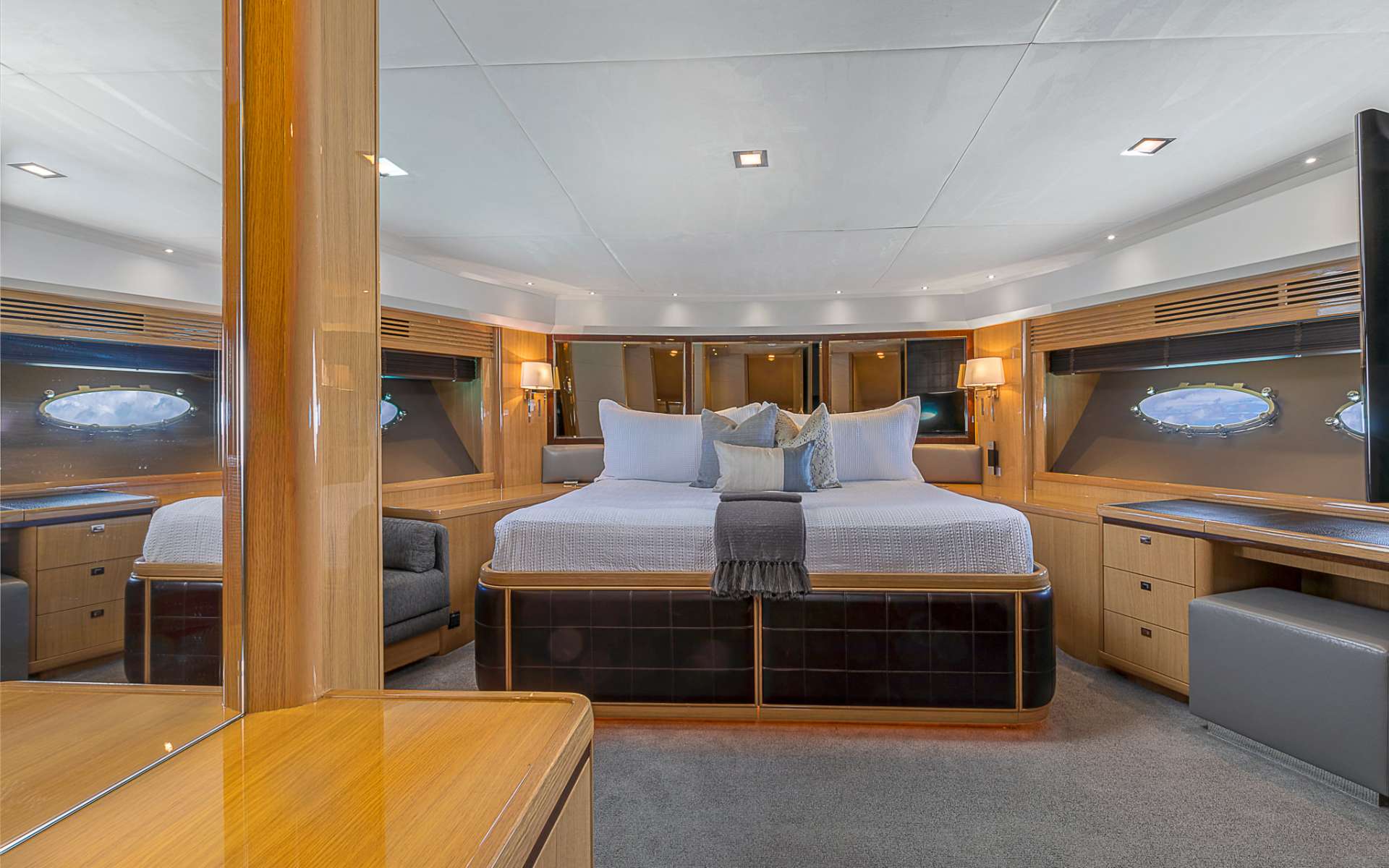 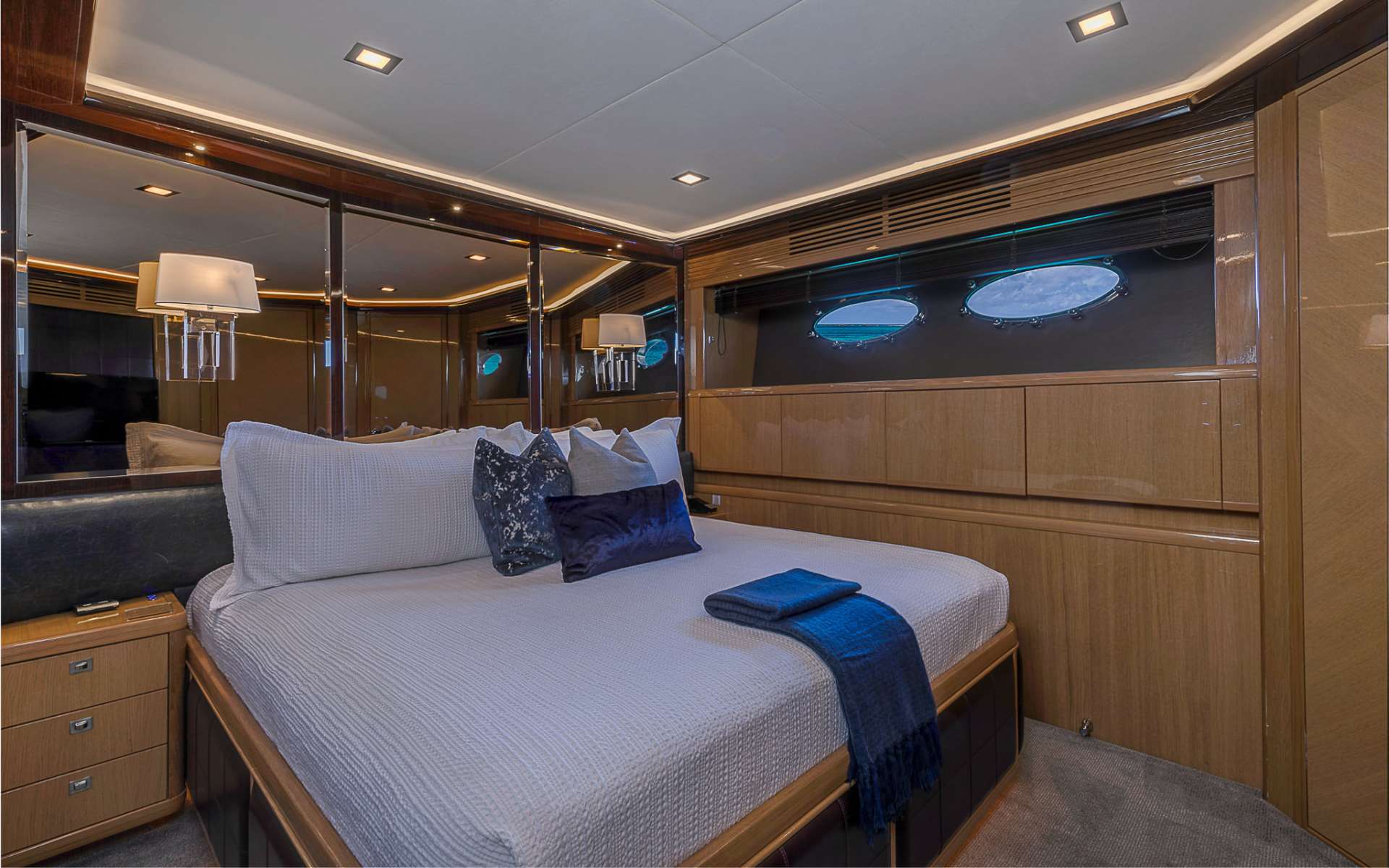 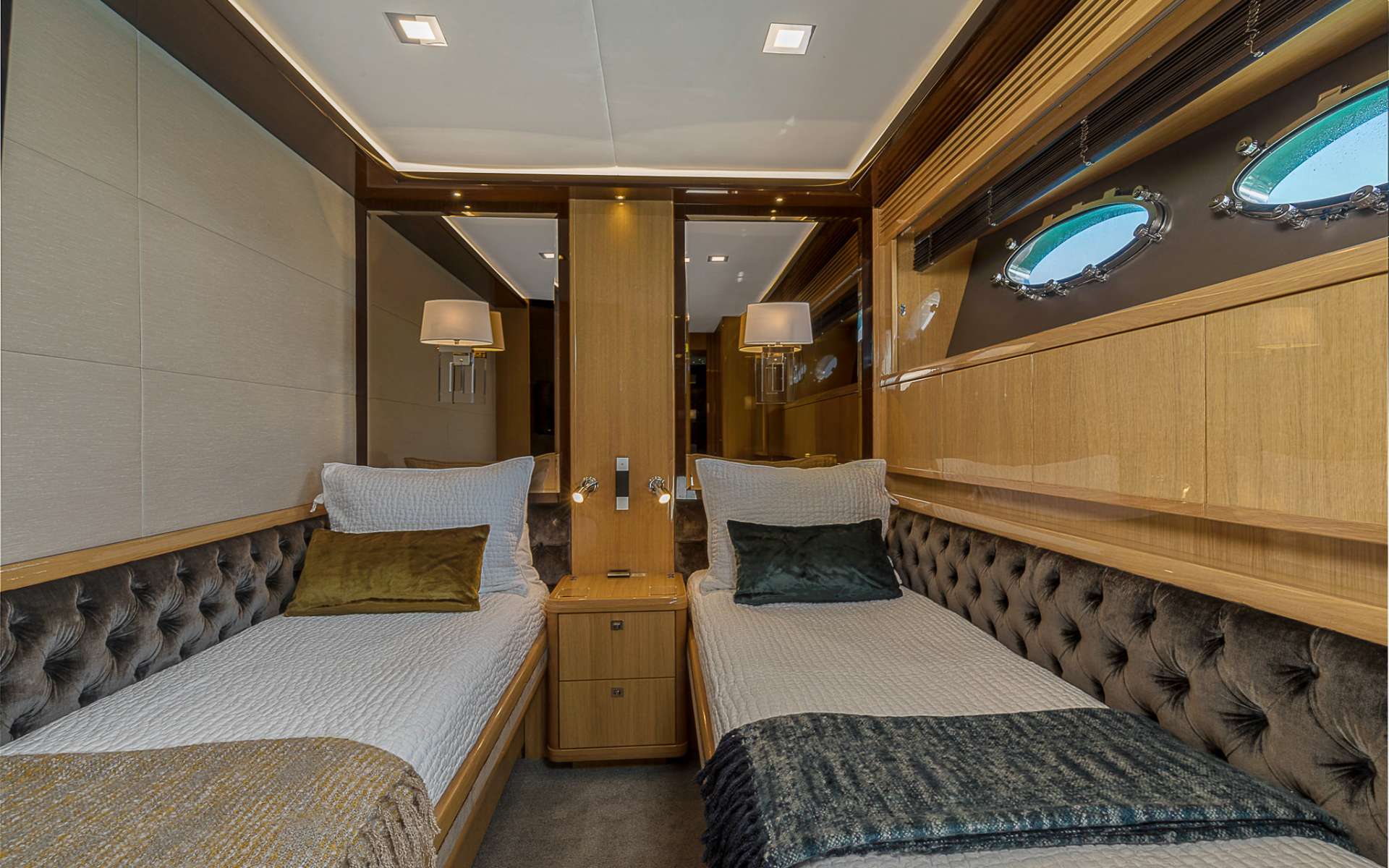 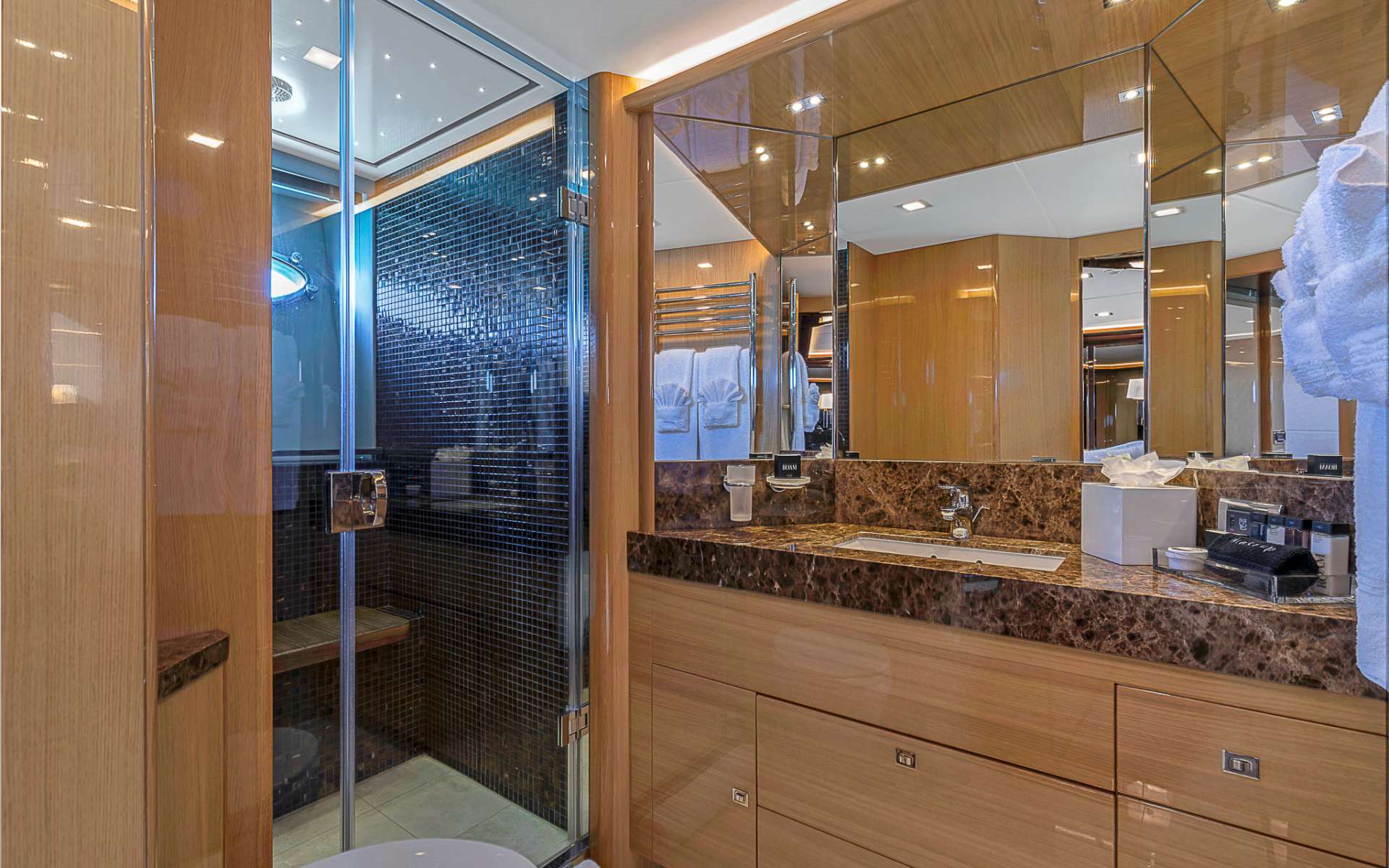 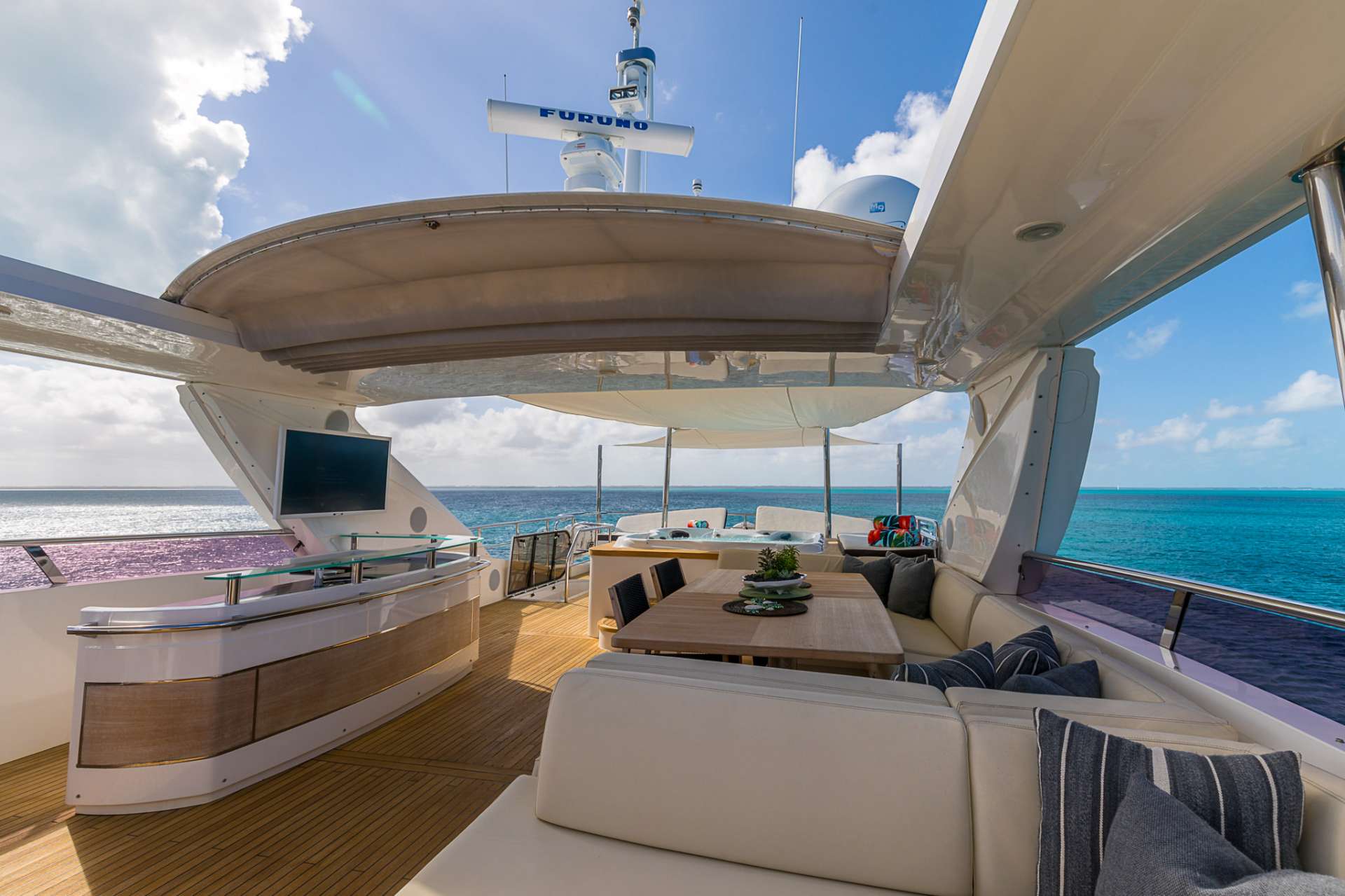 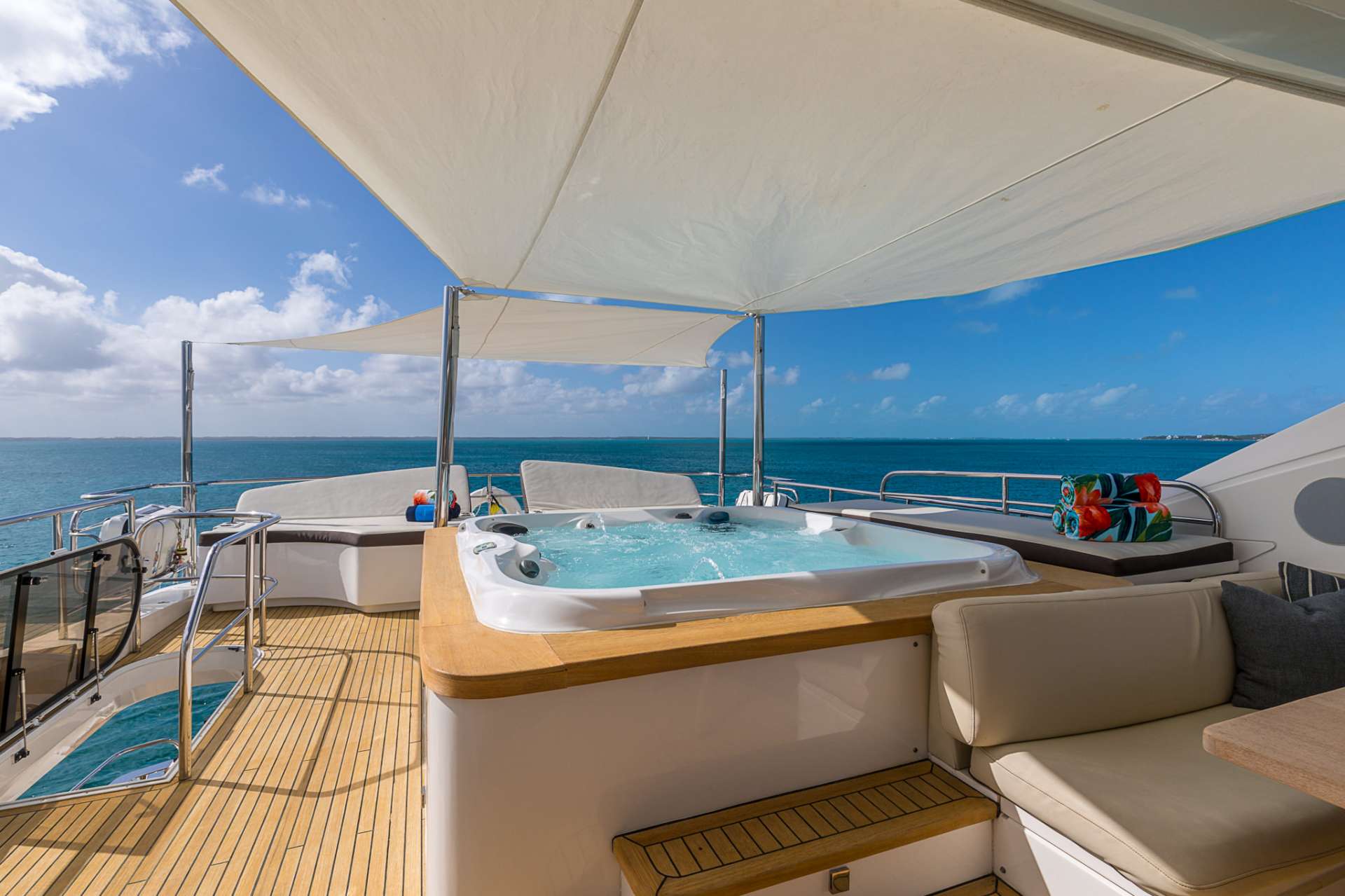 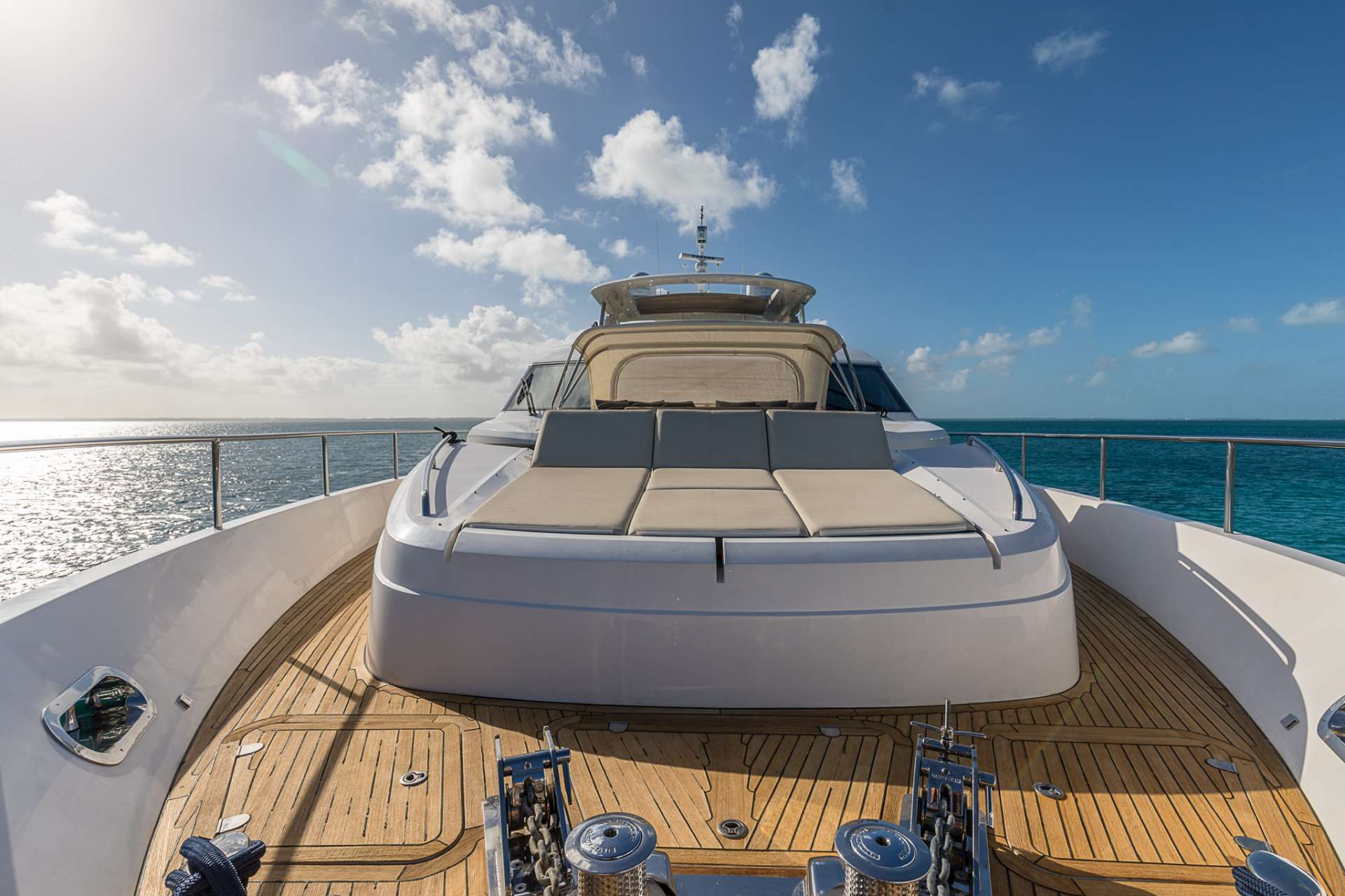 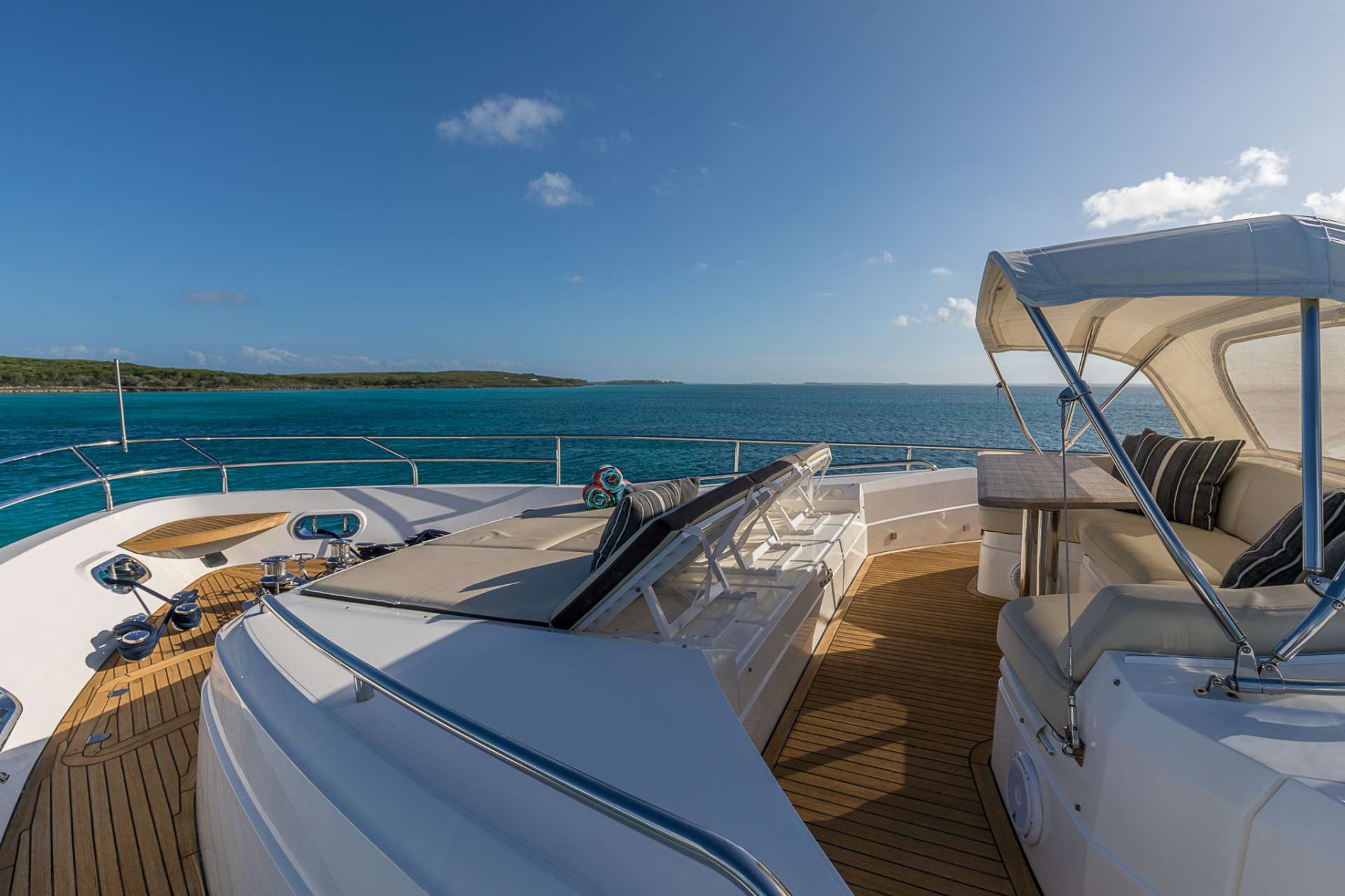 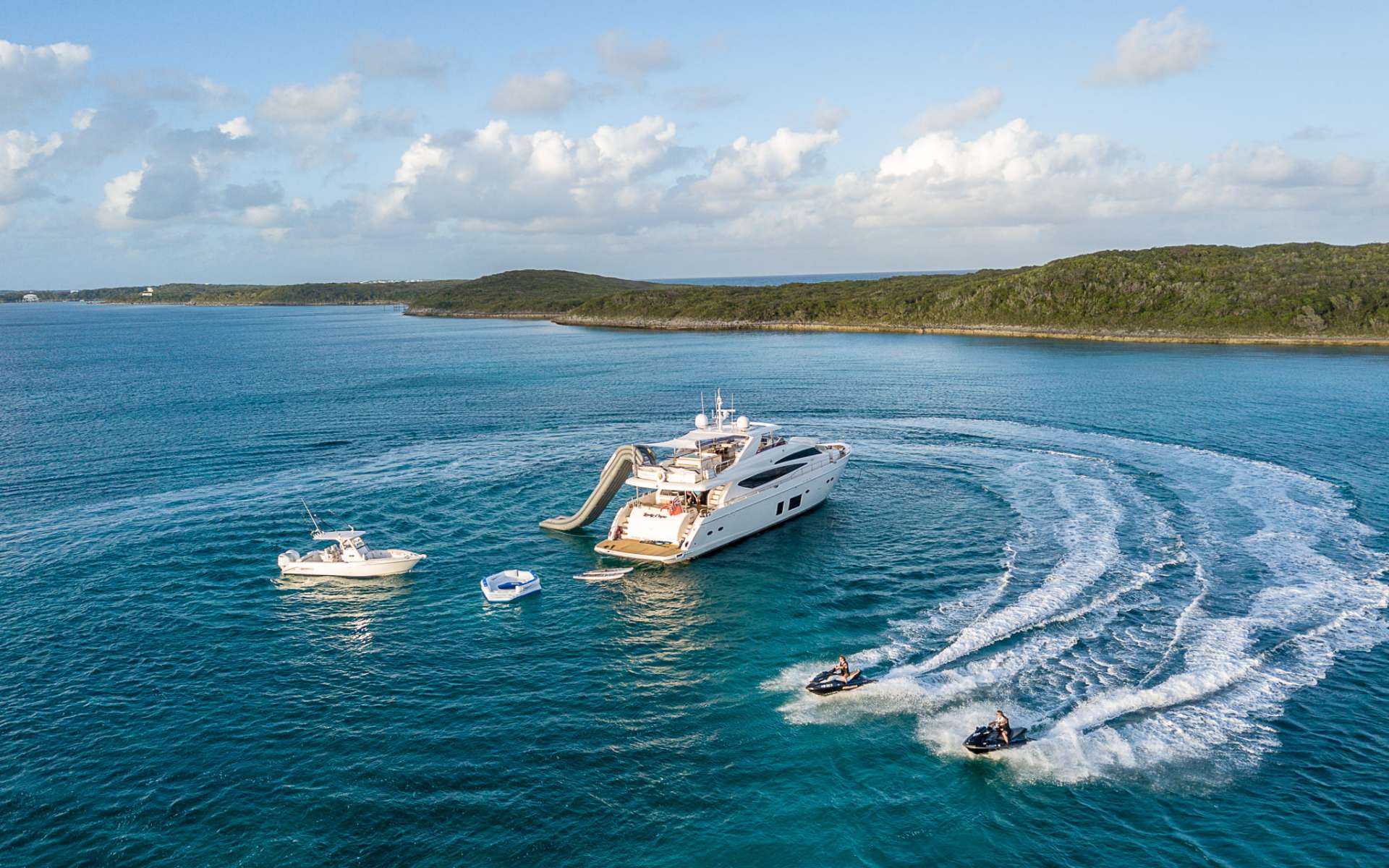 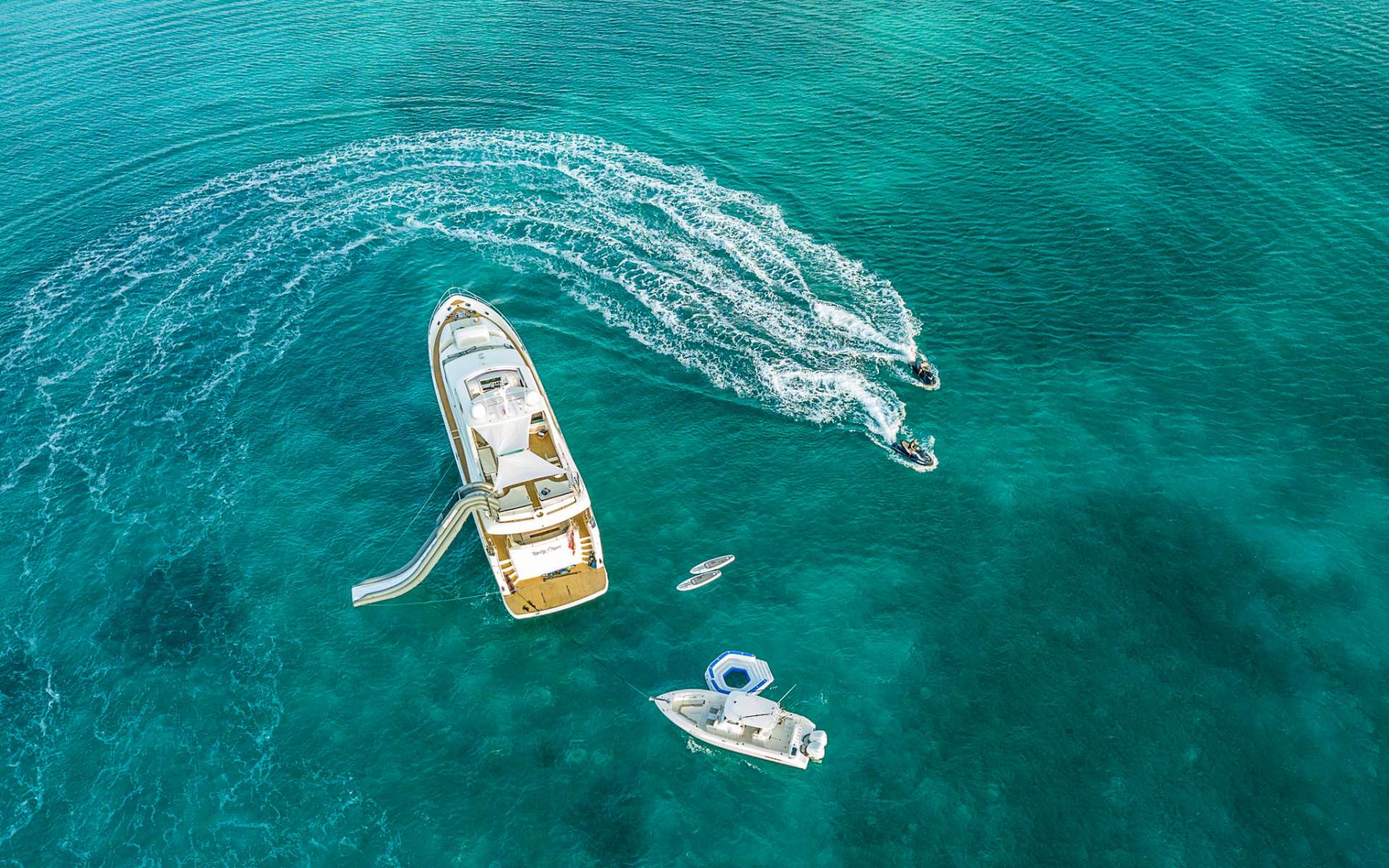 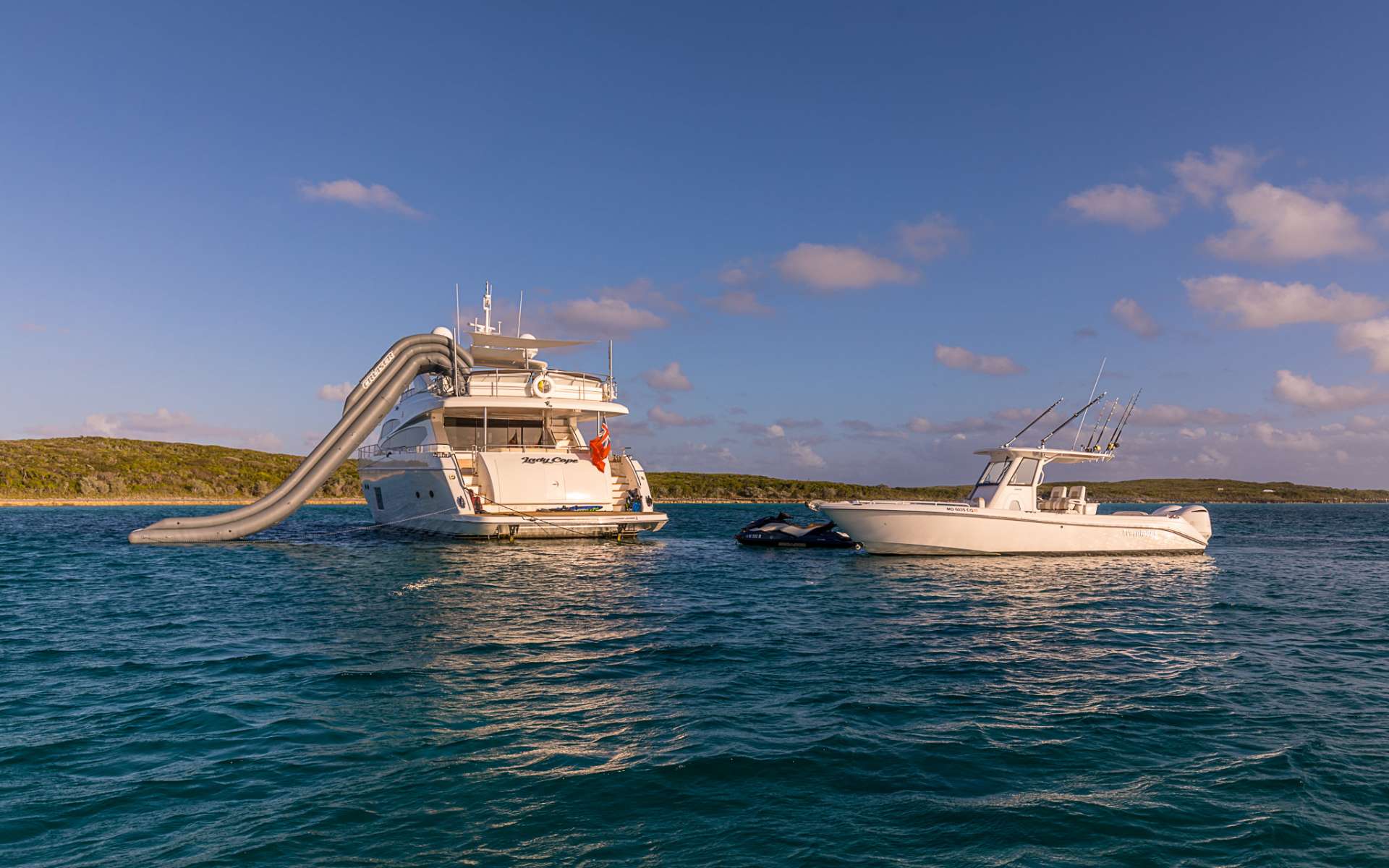 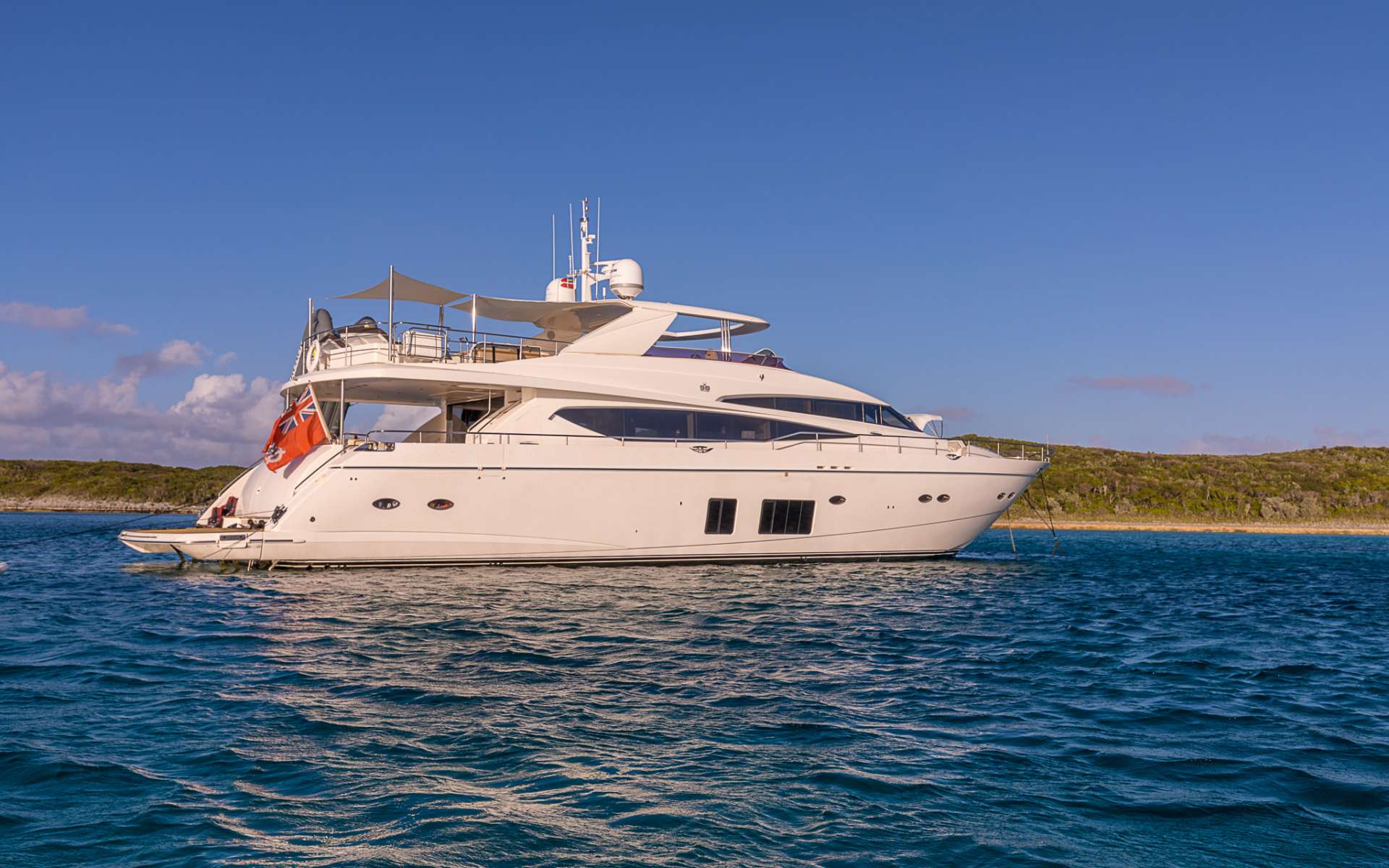 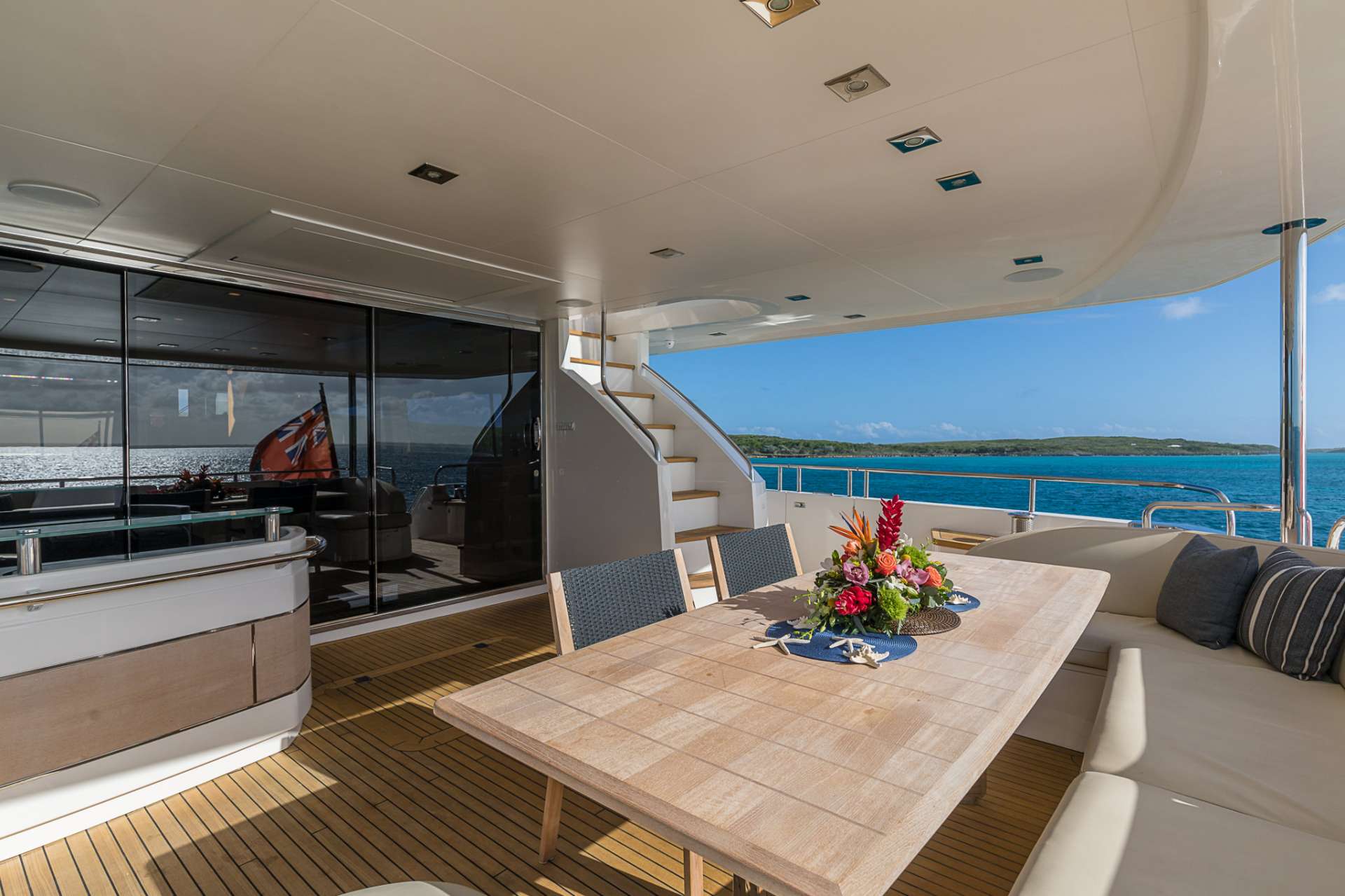 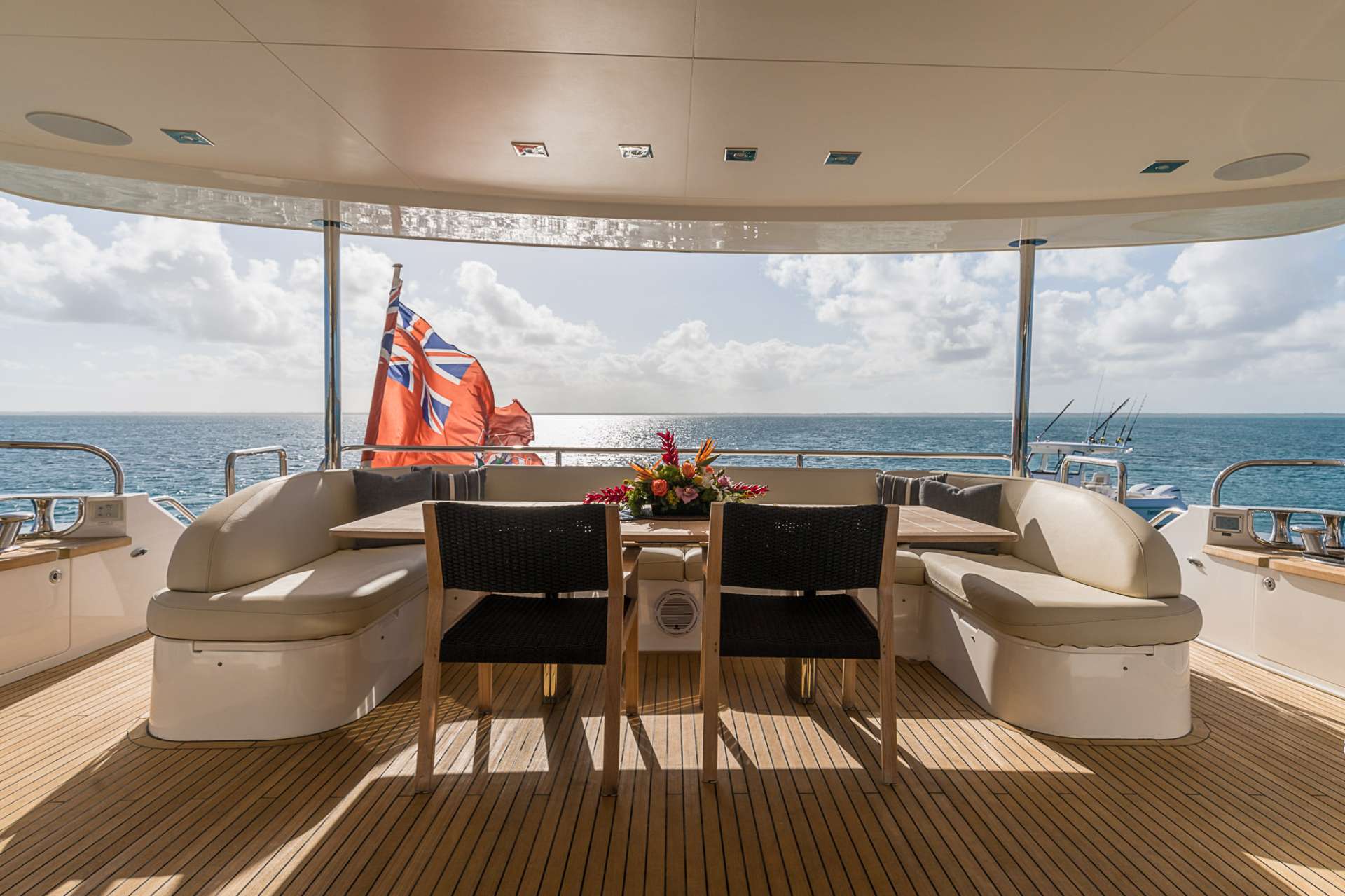 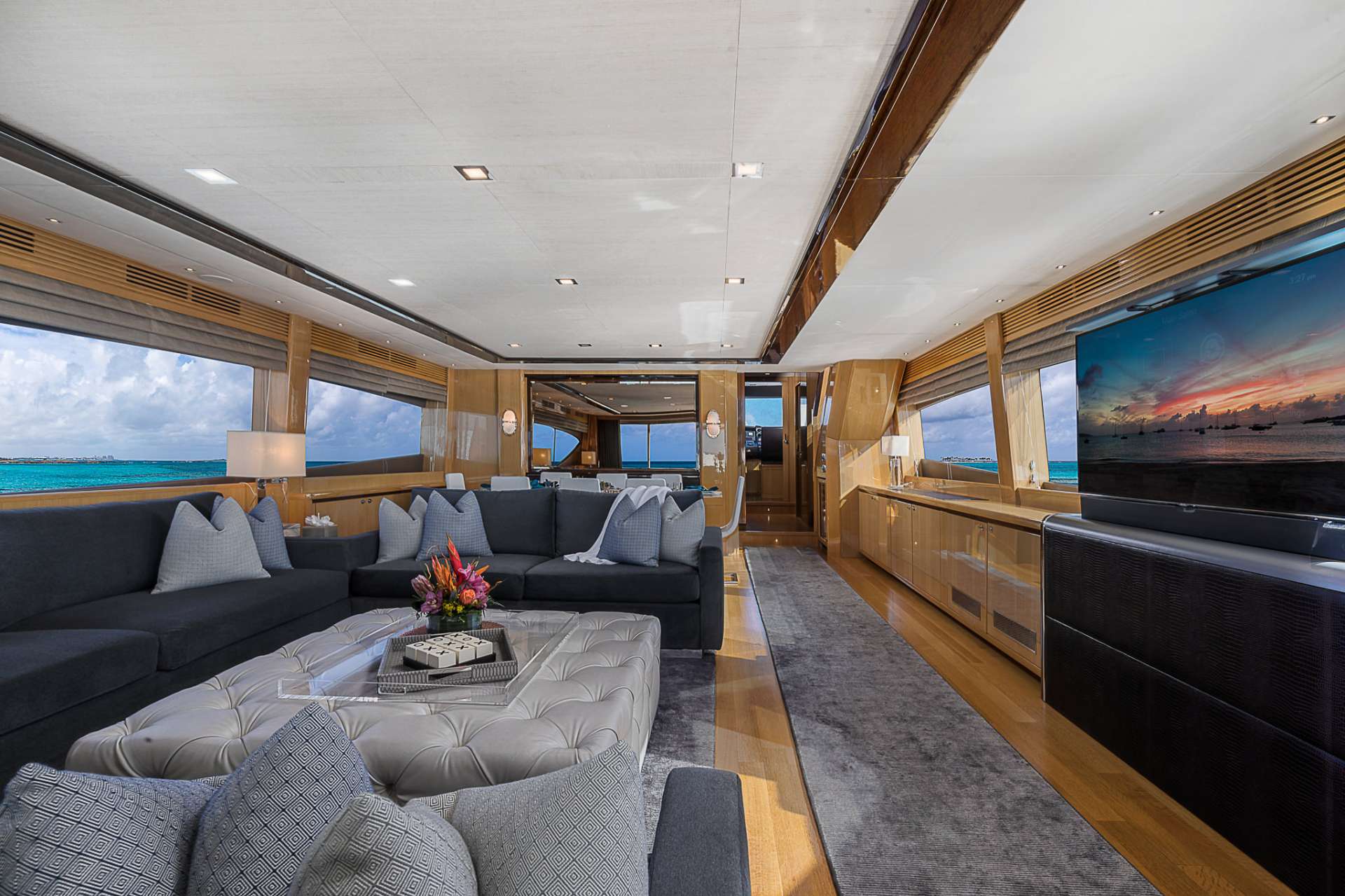 The spacious main aft deck is fitted with a seating area, a bar and a fold down 46″ Sun Brite TV. Moving forward through the sliding doors to the main salon area, the large wrap around sofa is on the port side with the entertainment center, including a 55″ Samsung HD TV with DirecTV, BOSE Sound Touch surround system to starboard. Forward is the formal dining area for seating up to 8 guests. The large well equipped galley opens up to the pilothouse.

Other Entertainment: DirecTv in all staterooms, AppleTV in main salon and 1 for universal use, Airplay and musicbridge for music.

Captain: Matt Luckett (USA)
BIO / Matt grew up in the lakes of Michigan. One Summer he took a job on a live aboard dive boat in Santa Barbara, California and he was hooked. He has always enjoyed off the beaten path cruising and interacting with marine mammals. When Matt is not on a boat, you can typically find him in Big Sky country (Montana) skiing and appreciating the great outdoors.

Having started working on boats early in his career around 2000, working his way onto private yachts in 2006, Matt ultimately moved into the Captain role by 2012 from 68’-100’ range and currently holds a 1600T USCG license.

Stewardess: Courtney Langford (USA)
BIO / Courtney was raised on Cape Cod in Massachusetts with a maritime professional family.
She started her first job working in locally owned restaurants while in high school and then at the age of 18 she moved to Charleston, SC where she continued to expand her hospitality knowledge catering to an array of events. At the same time she attended college for Hospitality and tourism program.

From being in Charleston, she discovered the yachting industry and eventually moved to Fort Lauderdale to begin her yachting career. Courtney has traveled on boats through the Bahamas, the Caribbean islands, Central America, and all the way up the US east coast for the last 5 years.