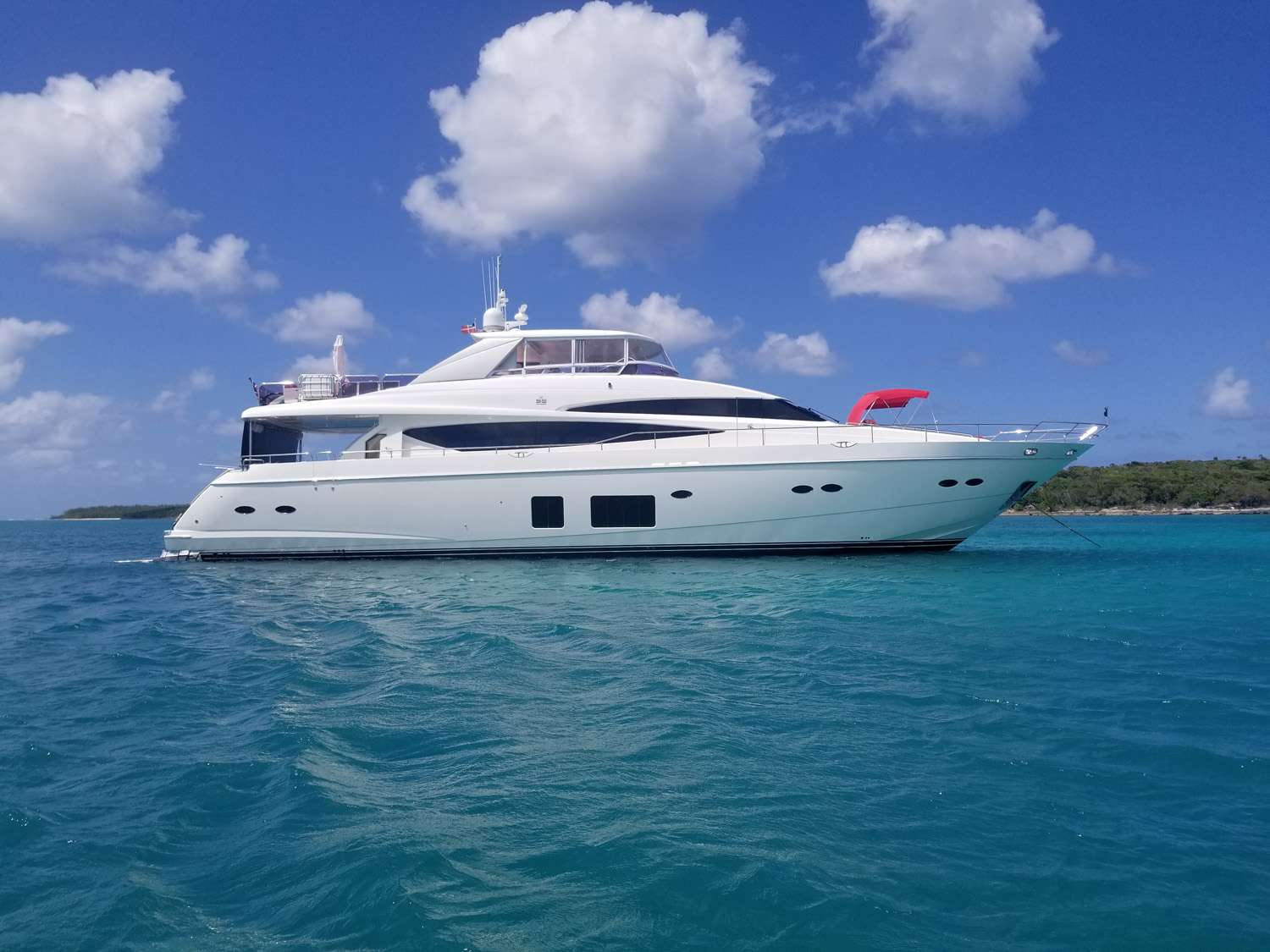 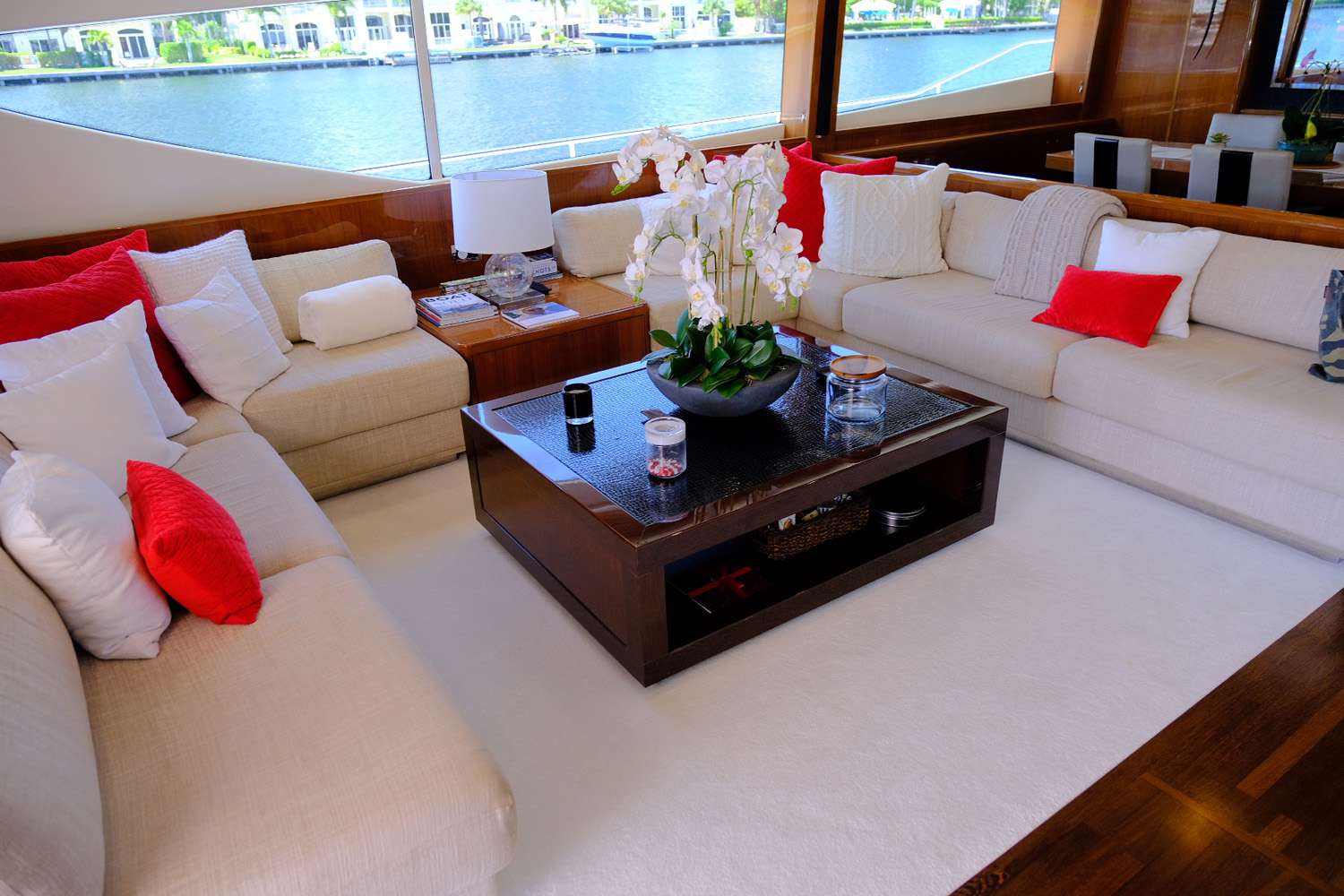 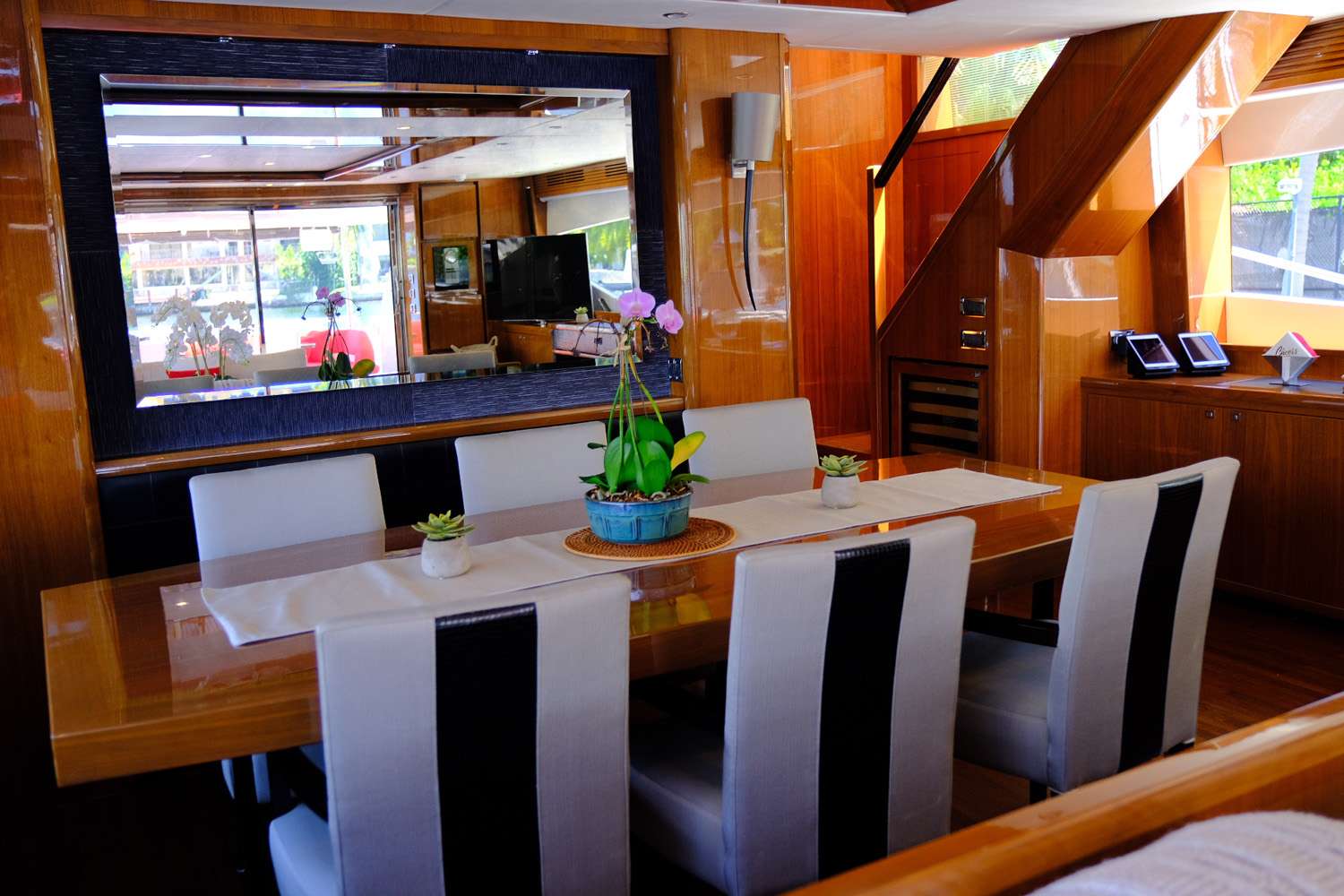 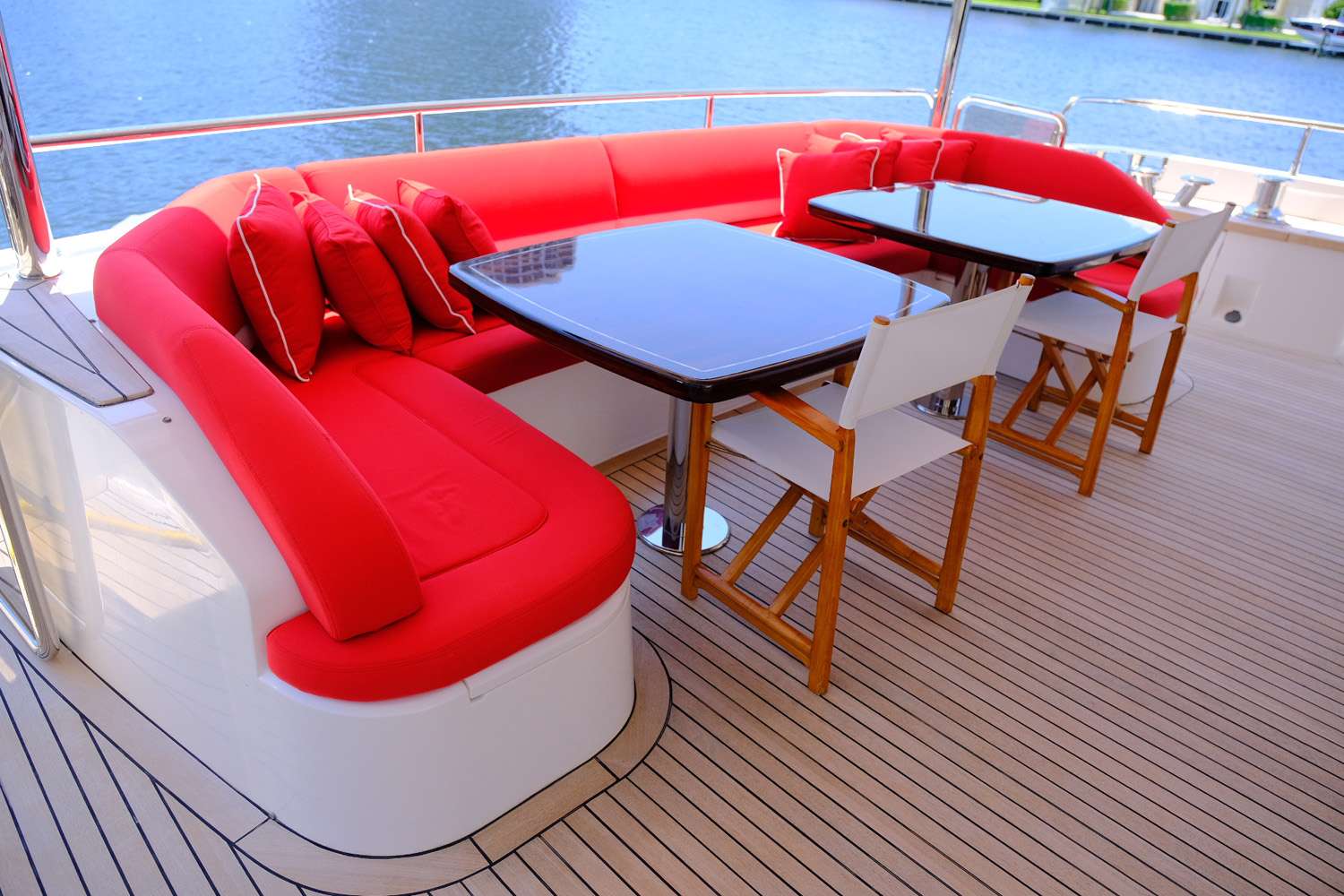 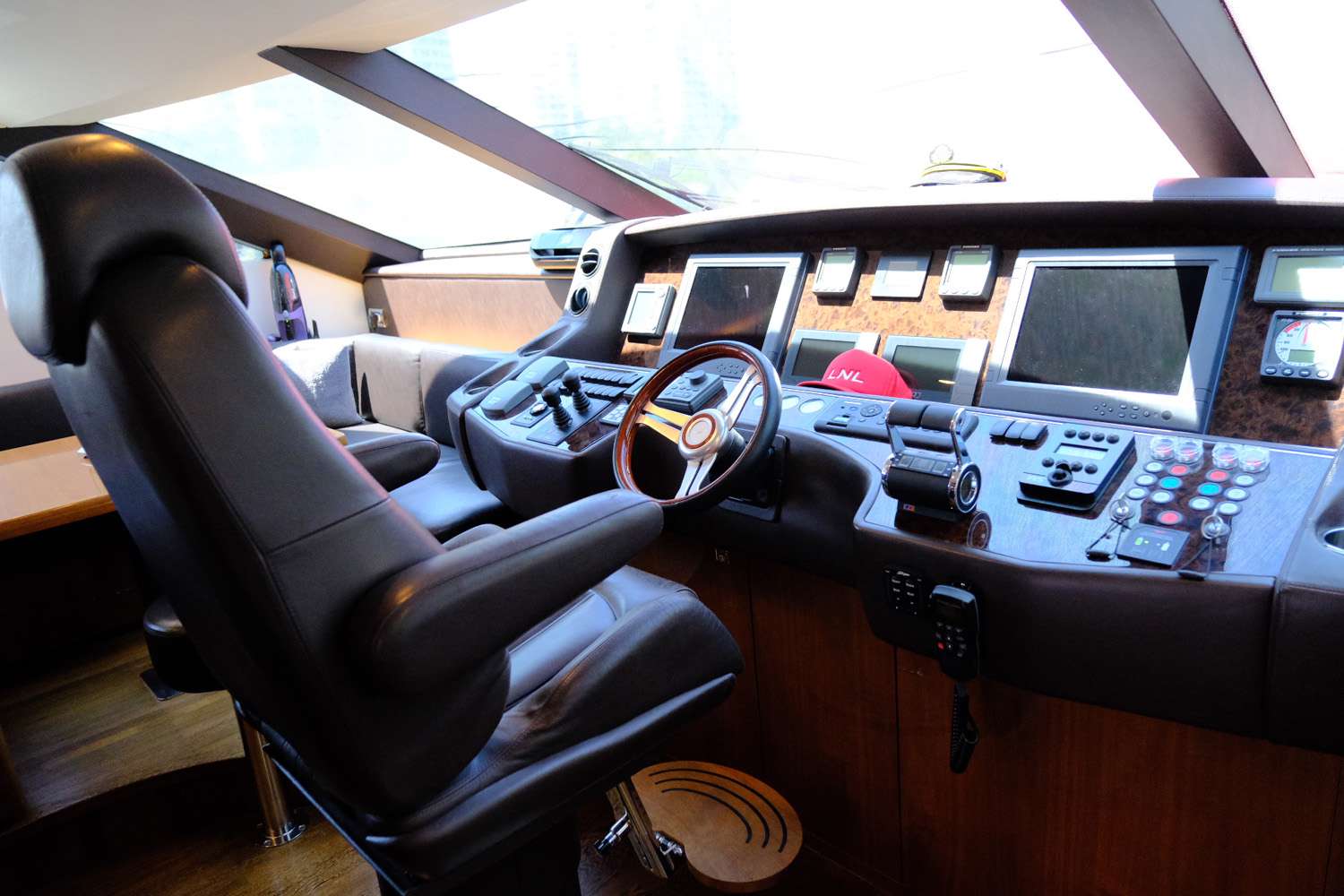 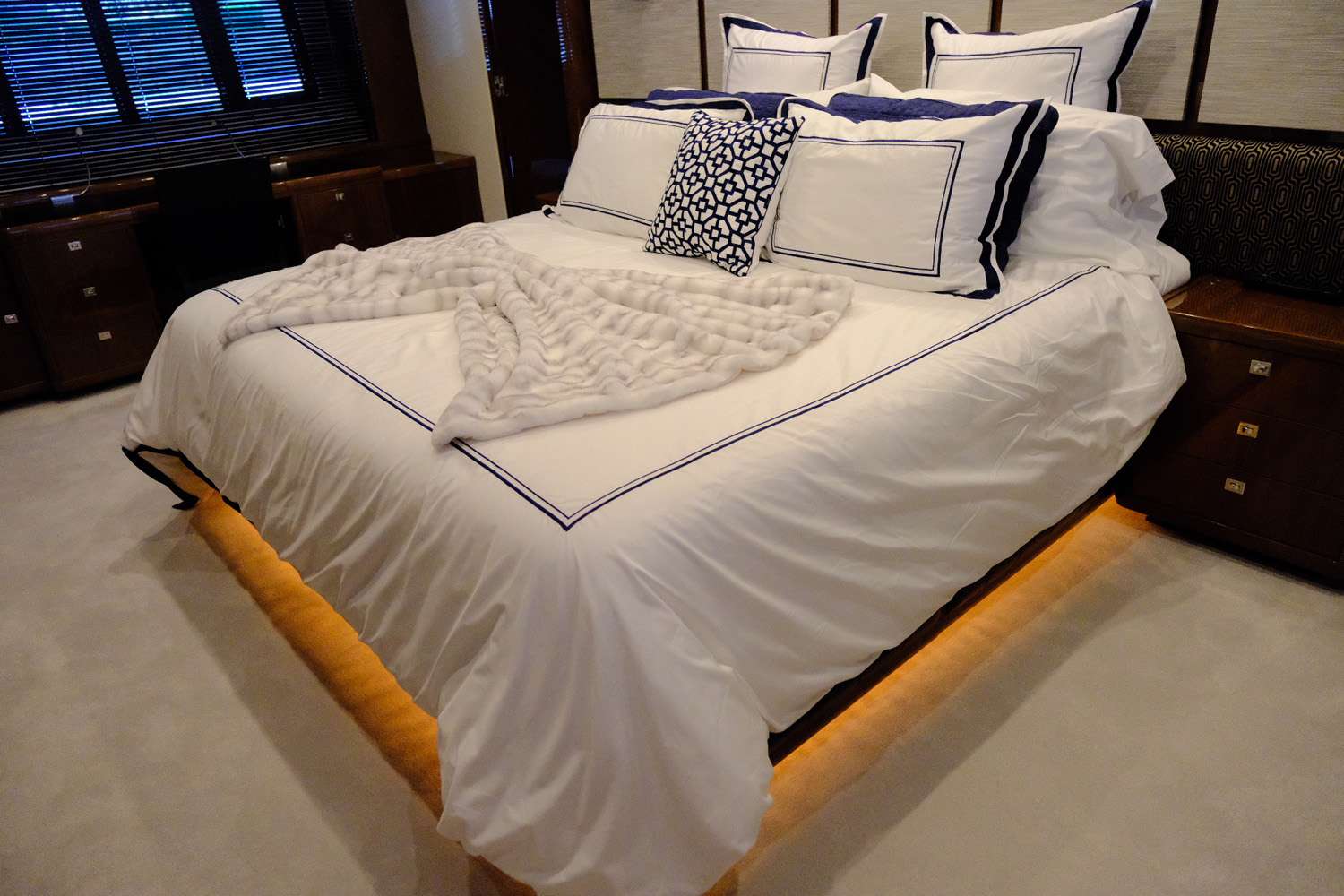 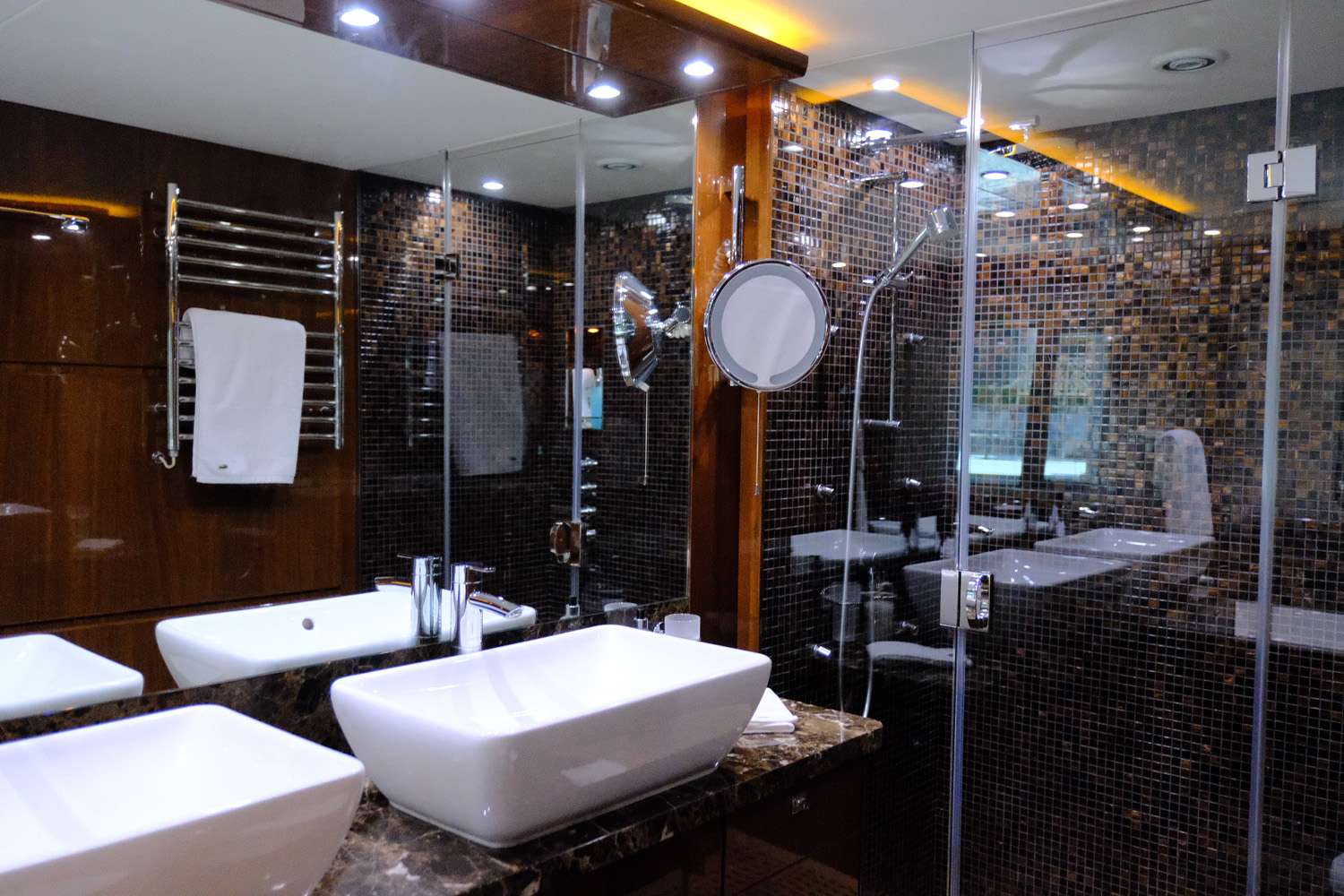 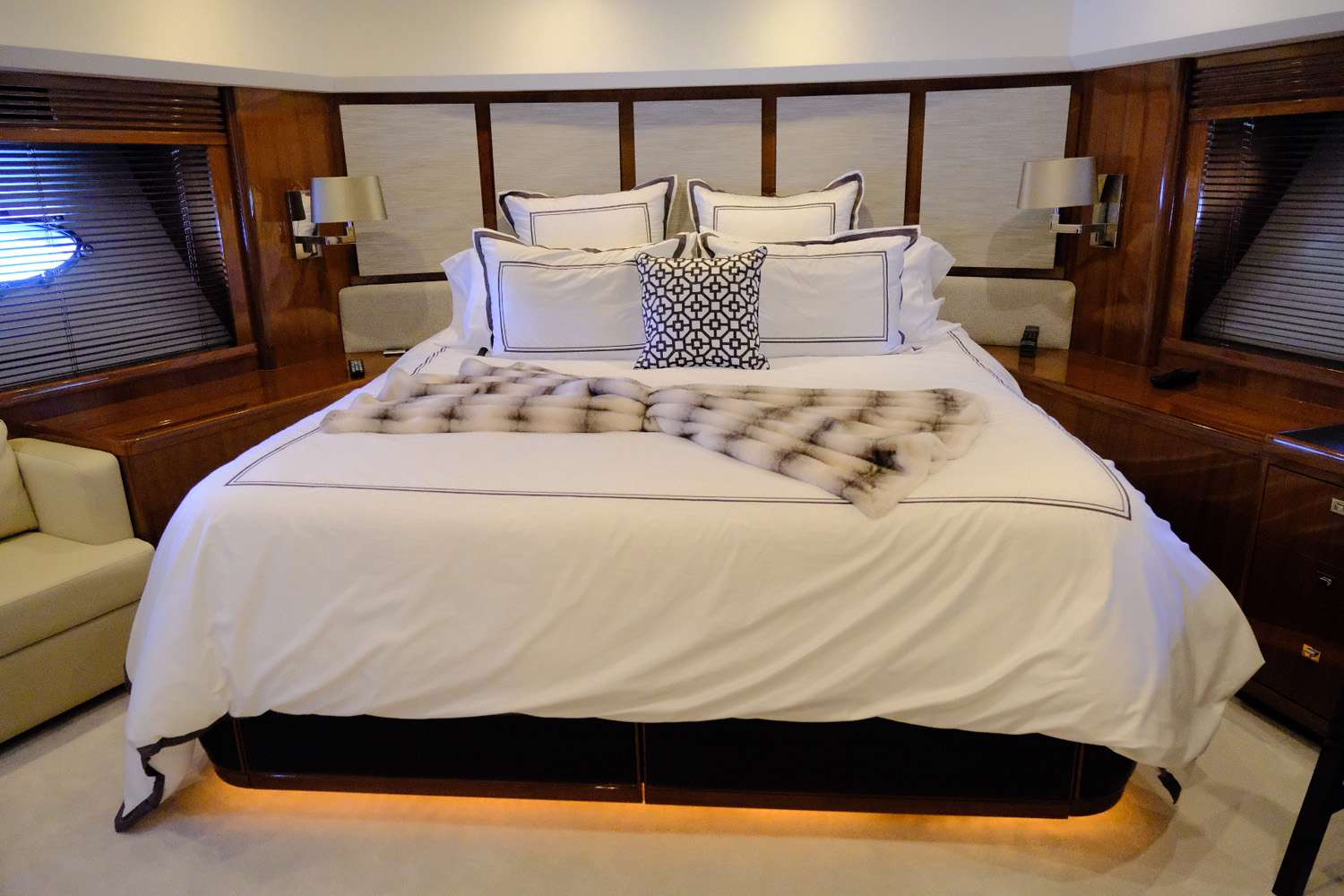 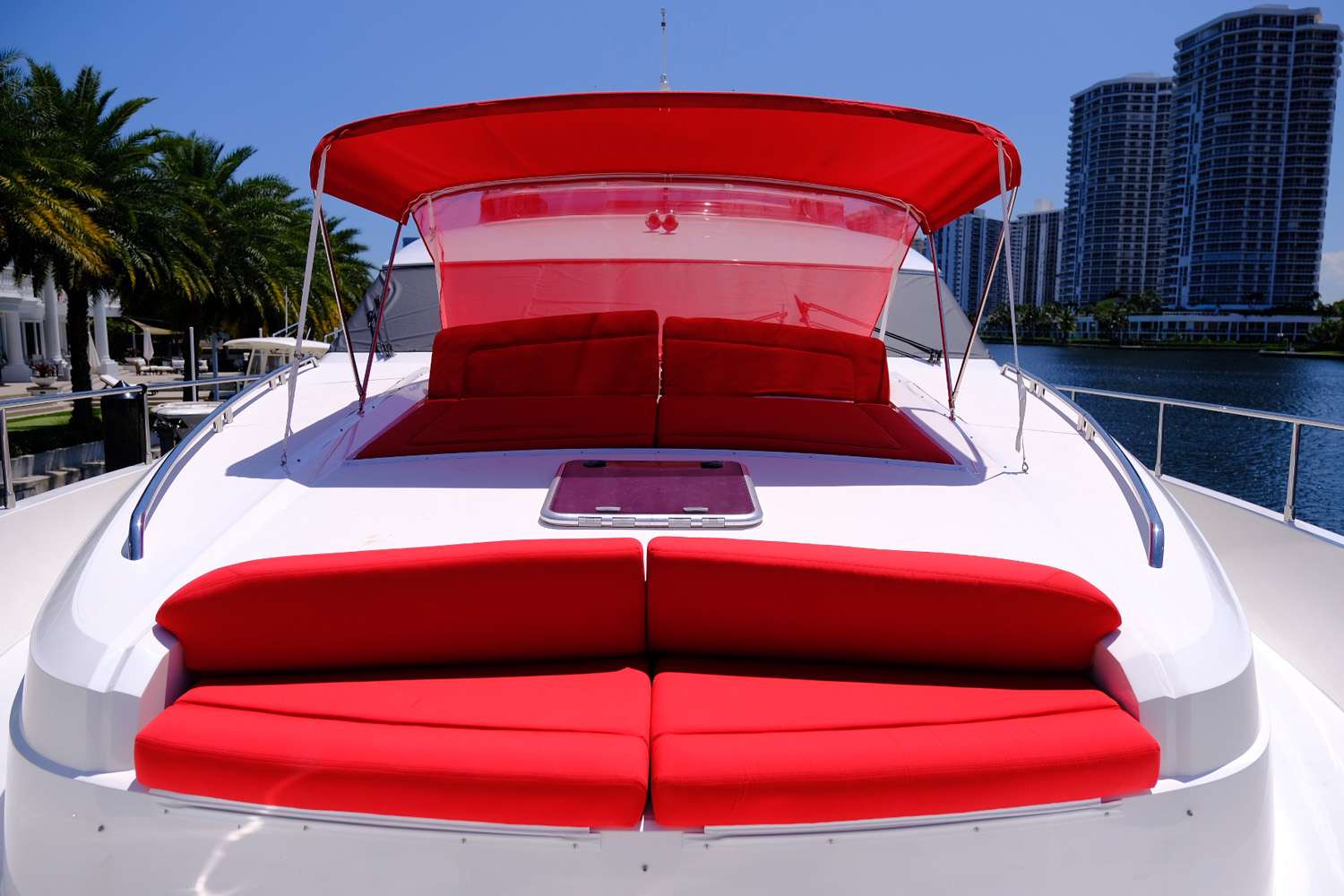 The Master stateroom features a walk-around king-size bed with of lots of natural light through the large windows on either side, a small settee and vanity table. The ensuite Master bathroom has white porcelain double vessel sinks, a beautifully tiled large stall shower and jacuzzi tub. The VIP also features a King-sized bed with a side desk or vanity area and also has natural light from two traditional oblong portholes on each side. The ensuite bathroom features a large shower and single sink vanity. The Port stateroom features a Queen-sized bed with ensuite with single sink vanity and shower. New TVs throughout with DVD players and all TV have their own direct TV box. This is a perfect layout for couples!

Other Entertainment: New TVs throughout w/DVD players
All TVs have own Direct TV Box

CORY BROOKS | CAPTAIN | AMERICAN
Captain Cory Brooks is from Holland, Michigan and grew up a few blocks from Macatawa Bay which feeds into Lake Michigan. His father, a captain and yacht broker, had young Cory on sailboats and power boats before he could walk, so he was destined for a life on the water. Growing up, he would often ride along on boat deliveries with his dad, and on his summer breaks, attend sailing school, competed in local regattas, and spent his weekends on his family’s 22-foot Sea Ray. After college in Chicago, he acquired his USCG license and began working for a tour boat and water taxi company. On the weekends he would often run private yachts. After delivering several yachts from Lake Michigan to Florida he relocated to South Florida in 2011. His travels have taken him to many places, but some highlights have been visiting Machu Picchu, summering in Michigan, and snowboarding in British Columbia. When not at sea, he enjoys working on home renovation projects. Captain Cory loves working in the yachting industry because it allows him to travel, explore new places, and meet new people.

MATT REID | MATE | AMERICAN
Matt Reid was born in Boston and moved to Florida in 2000. He has grown up on the West Coast of Florida, and recently moved to Fort Lauderdale to become more involved in the yachting industry. On the weekends growing up Matt would enjoy fishing, water sports, and beach volleyball. Growing up he captained his family’s 21-foot center console and became an avid fisherman. Over a year ago Matt received his USCG 100-ton license to expand his future in the yachting industry. Matt has spent a numerous amount of time in the Bahamas, USVI, and BVI’s over the past year onboard 164’ yacht. These experiences have made him more eager to learn and visit new places and share his experiences with guests onboard.

YASMEEN WILSON | CHIEF STEWARDESS | AMERICAN
Yasmeen Wilson is a Chief Stewardess from Philadelphia, Pennsylvania. Her first boating experience was on the Great Lakes in Michigan on a family vacation. At 17 she was offered a unique summer job opportunity to work for the former Newscaster, Walter Cronkite on Martha’s Vineyard. The summer job involved working in both his residence and on his sailboat. She gained extensive sailing and boating experience over the six summers she spent on Martha’s Vineyard. And after graduating from Temple University she sailed on Mr. Cronkite’s boat to the Caribbean. The next season Yasmeen became the chef on a Hinckley sailboat and worked aboard for ten years in the Hamptons and the Caribbean. Since then she has been working aboard several Motor Yachts in Naples, Florida and Fort Lauderdale, FL. Her love of people and cooking makes a favored and fun crew member.