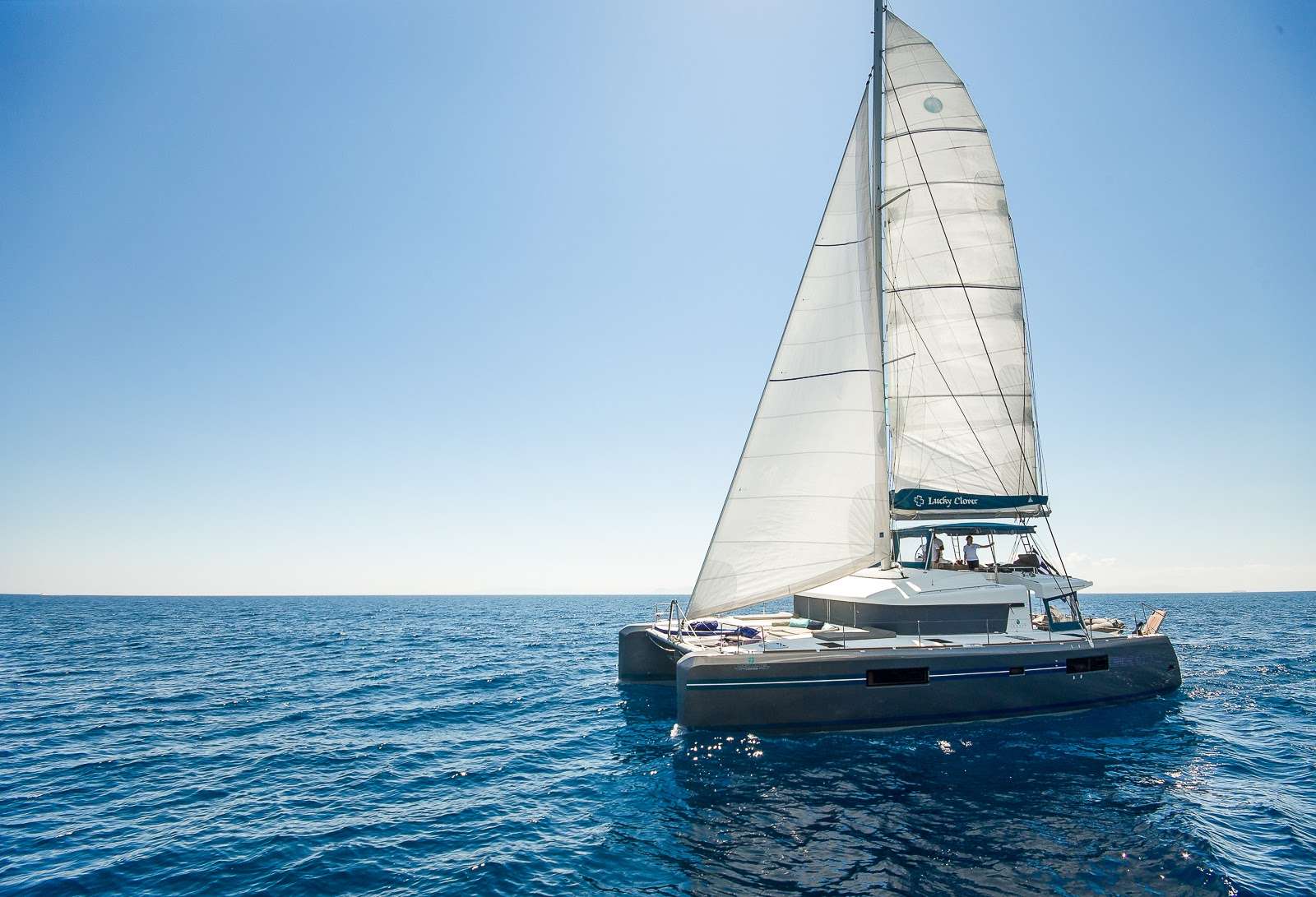 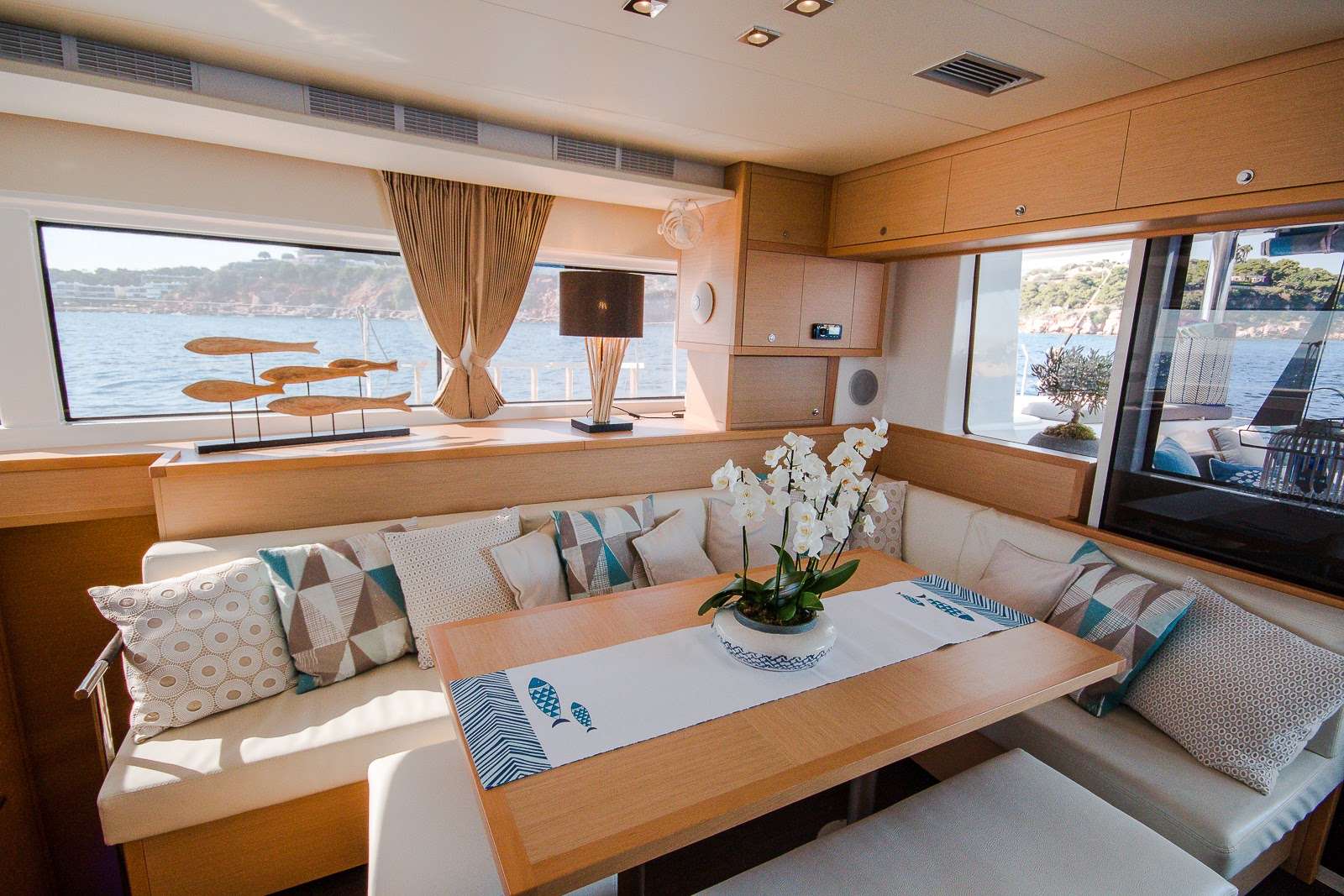 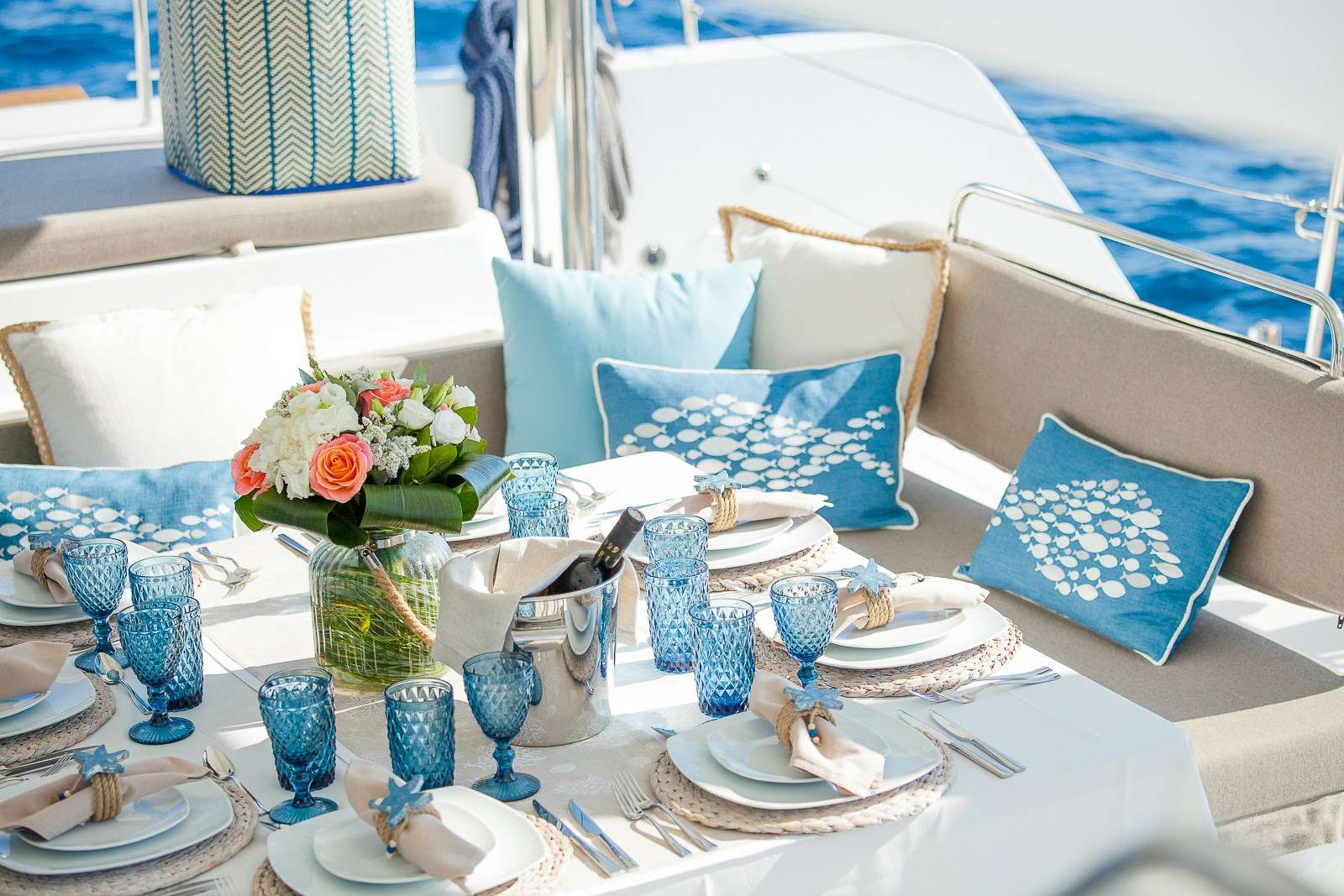 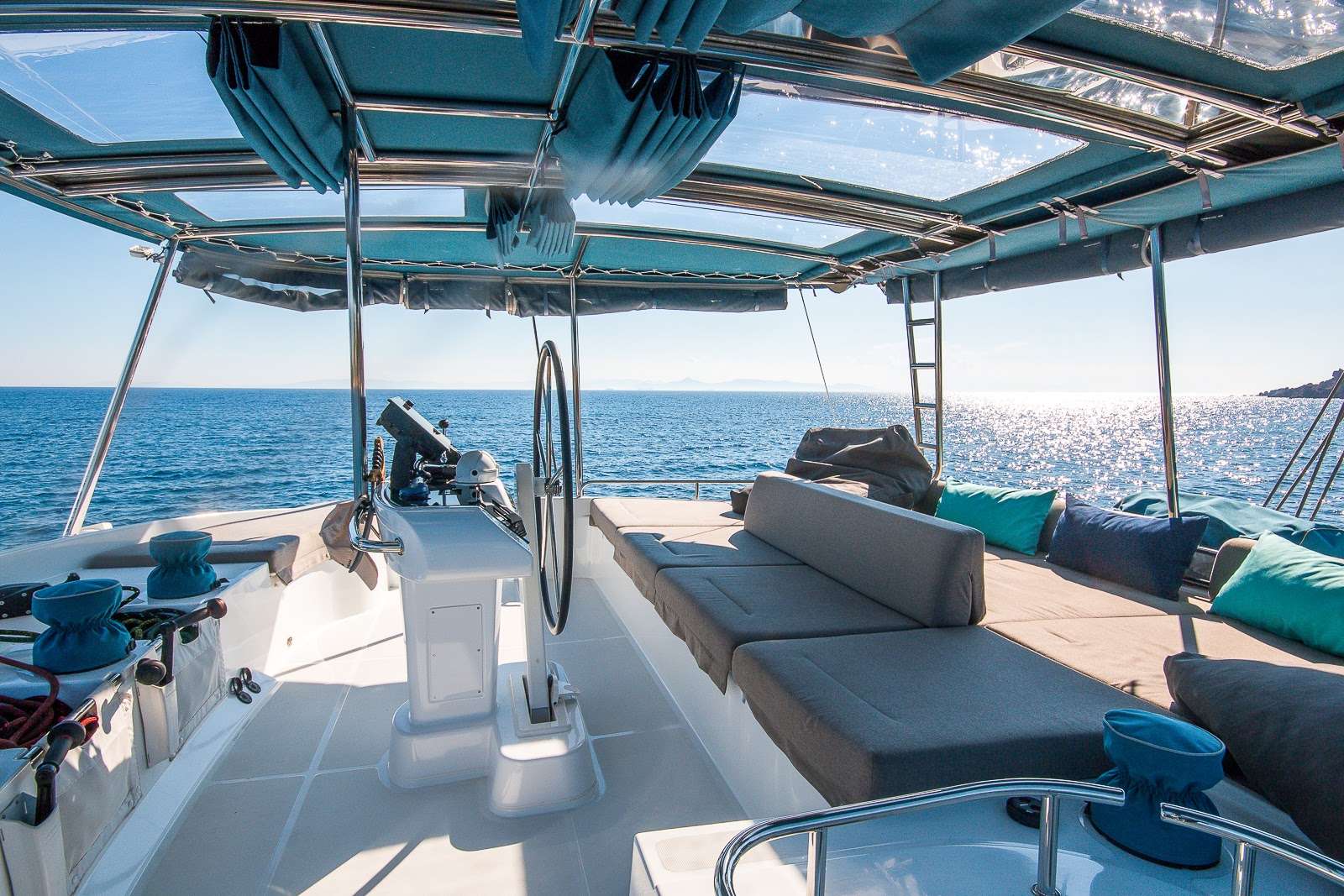 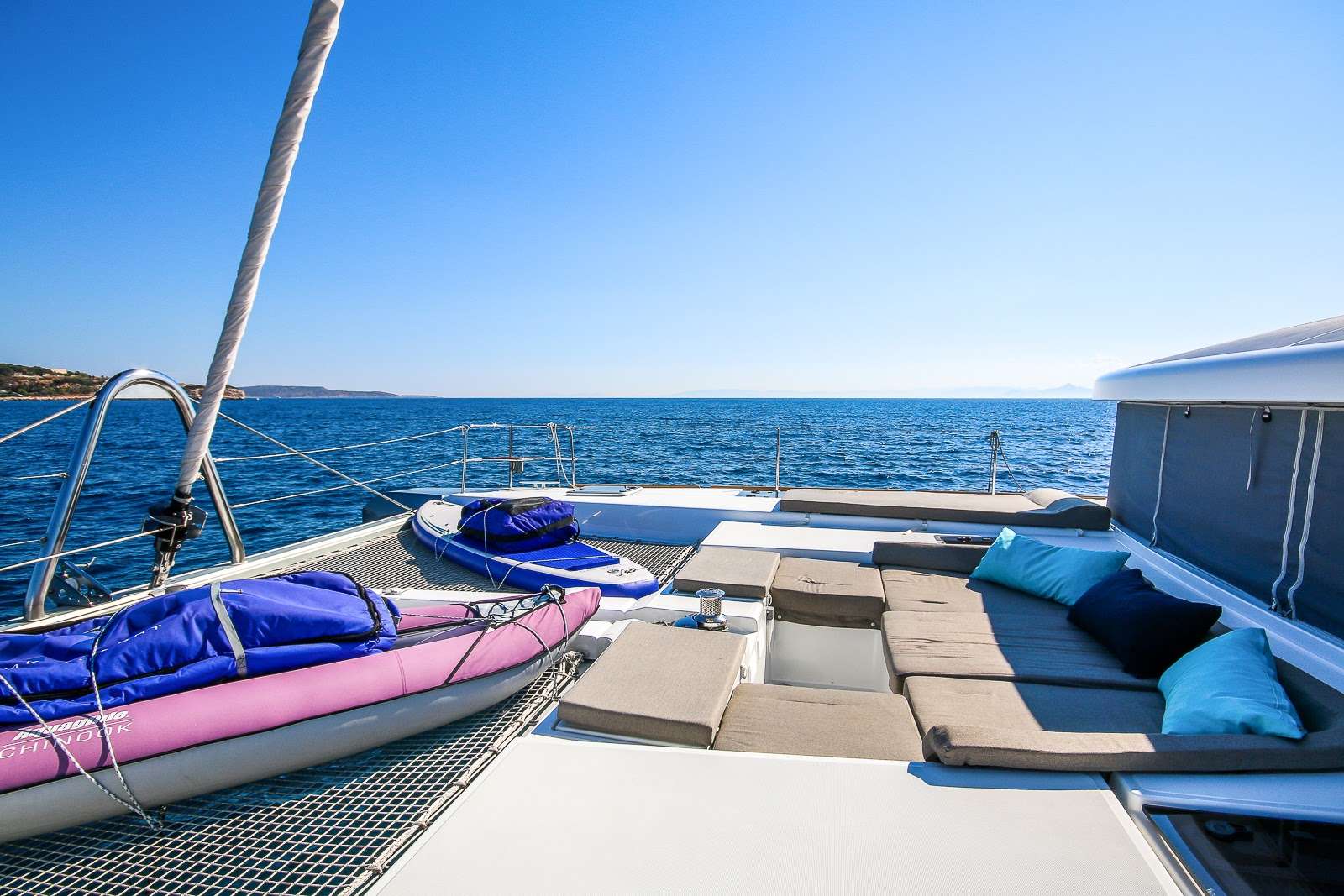 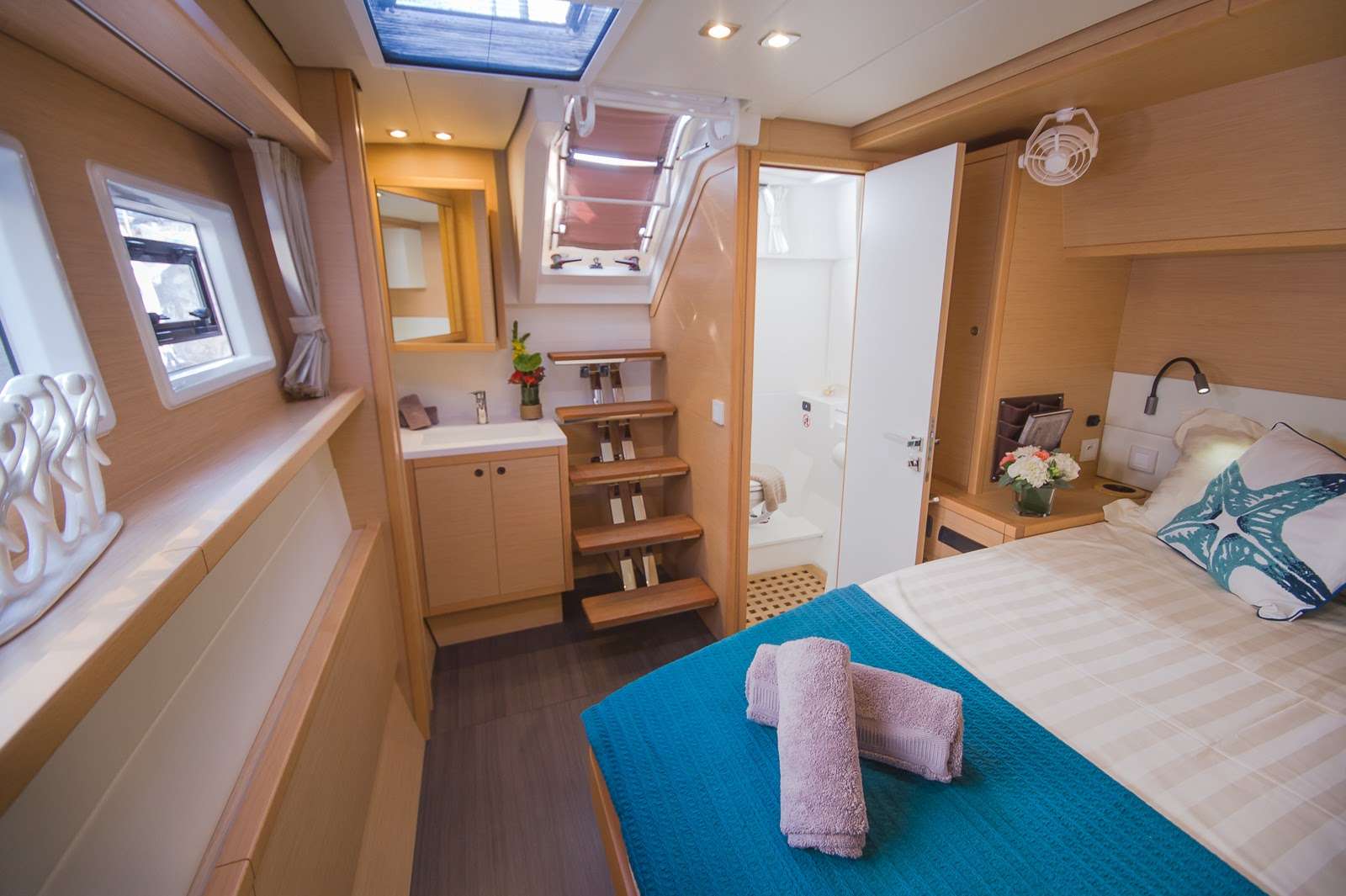 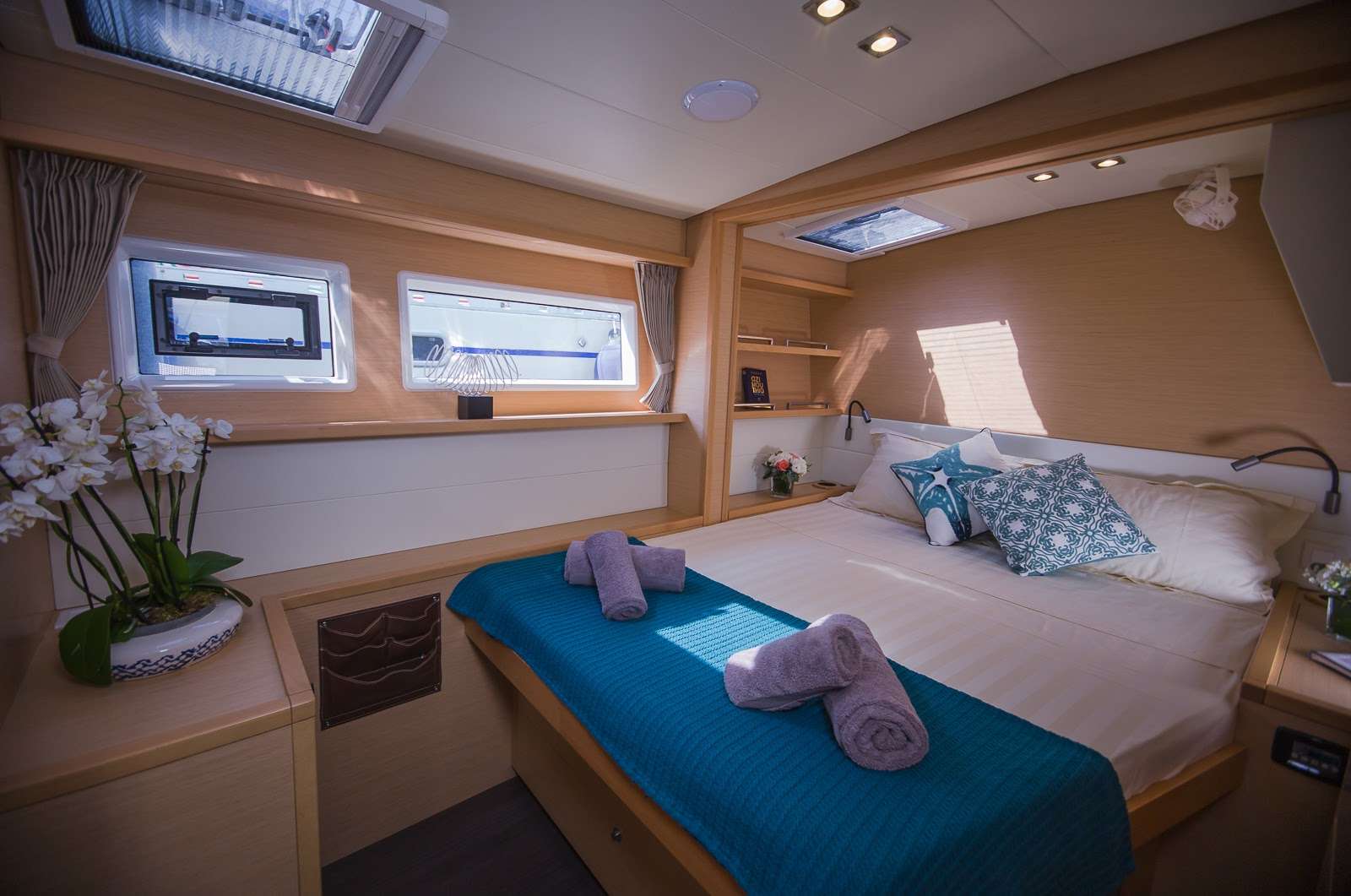 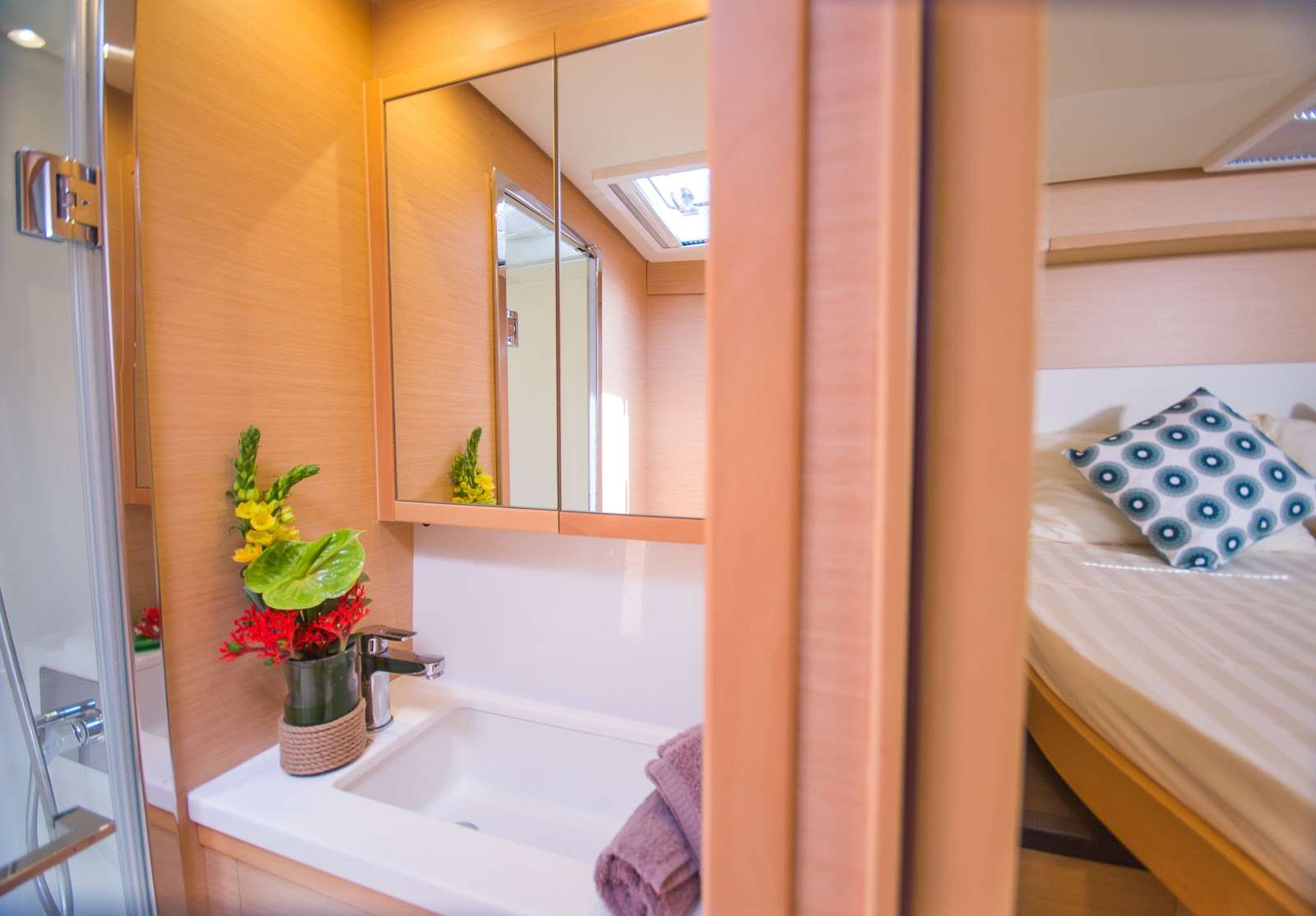 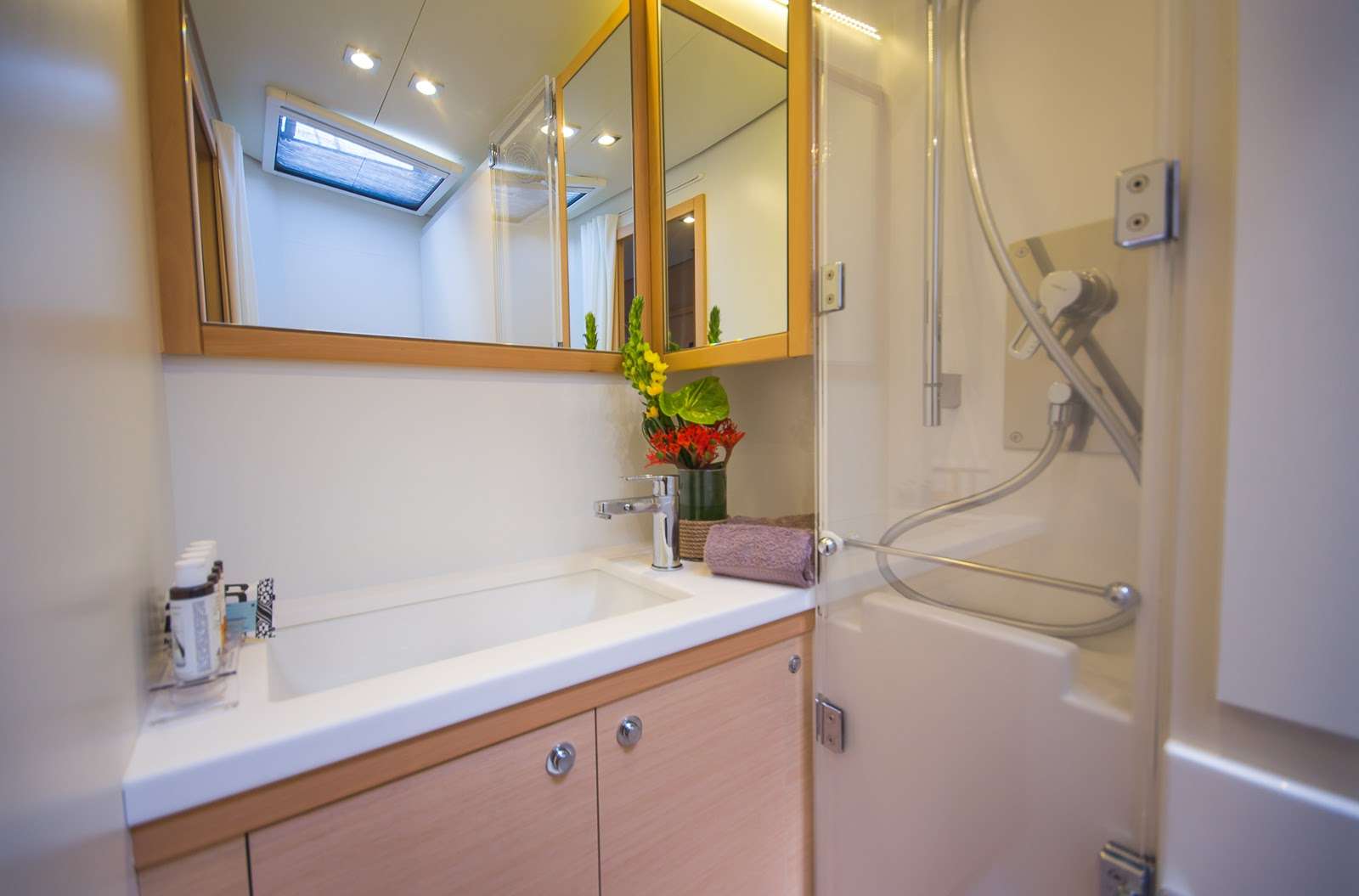 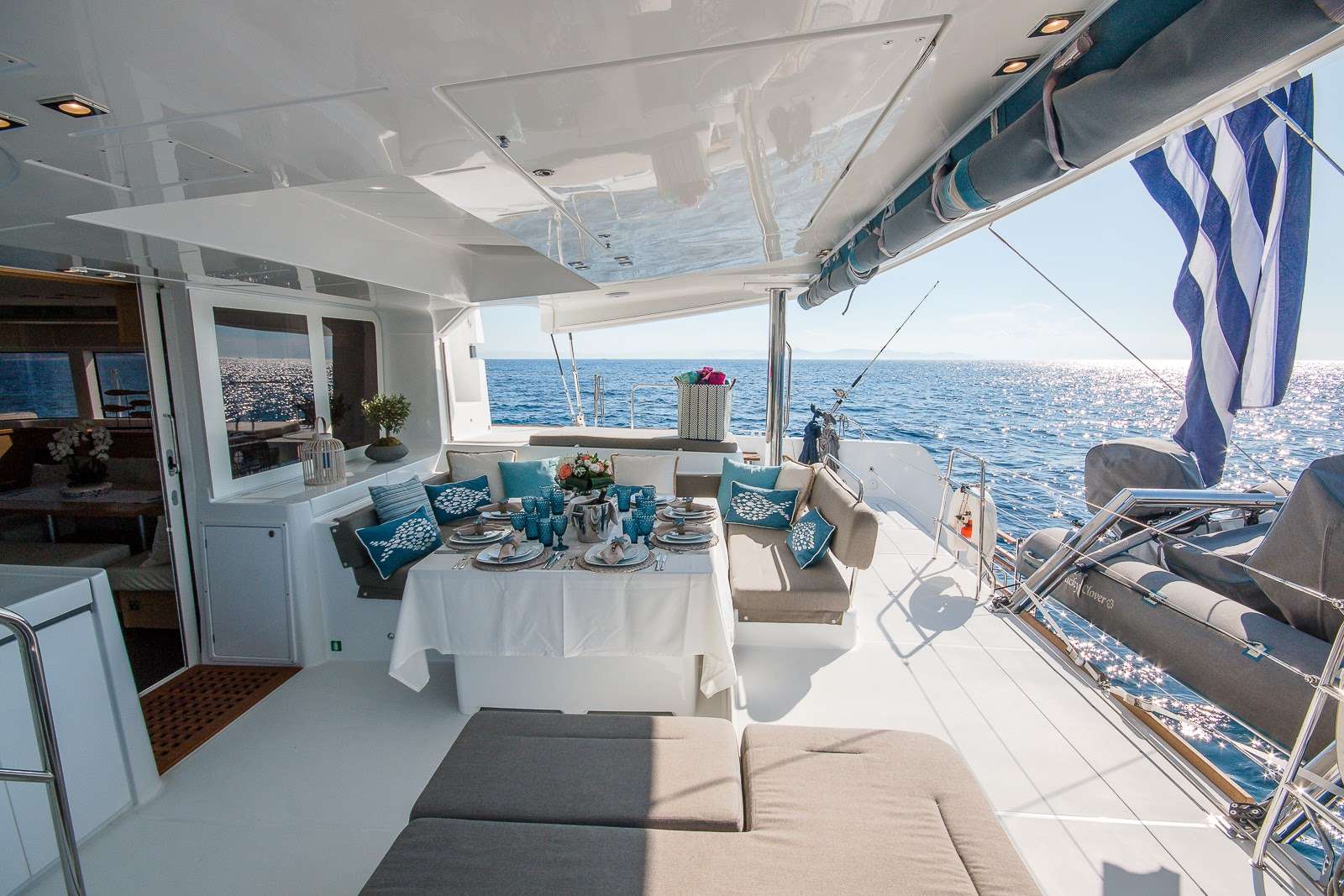 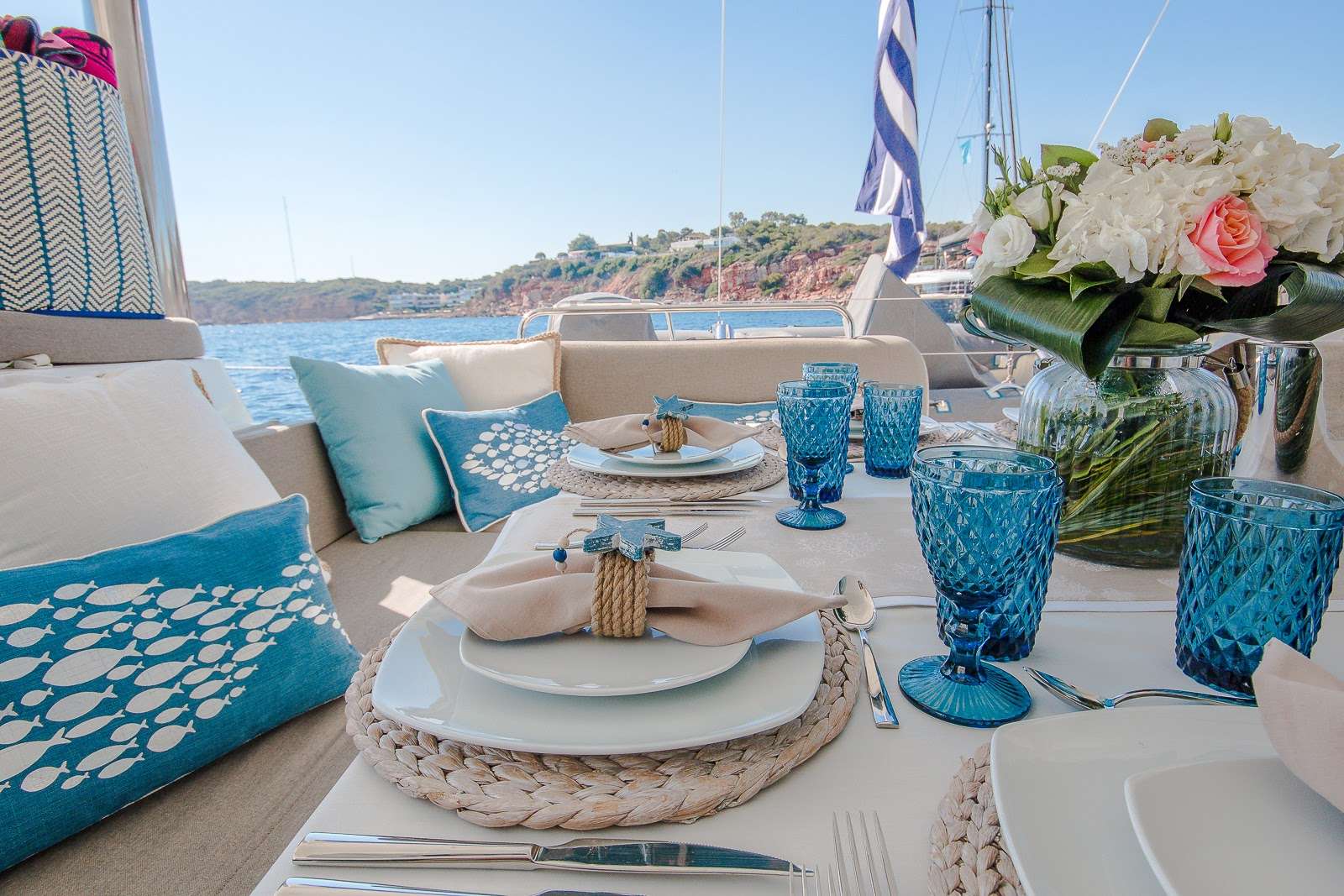 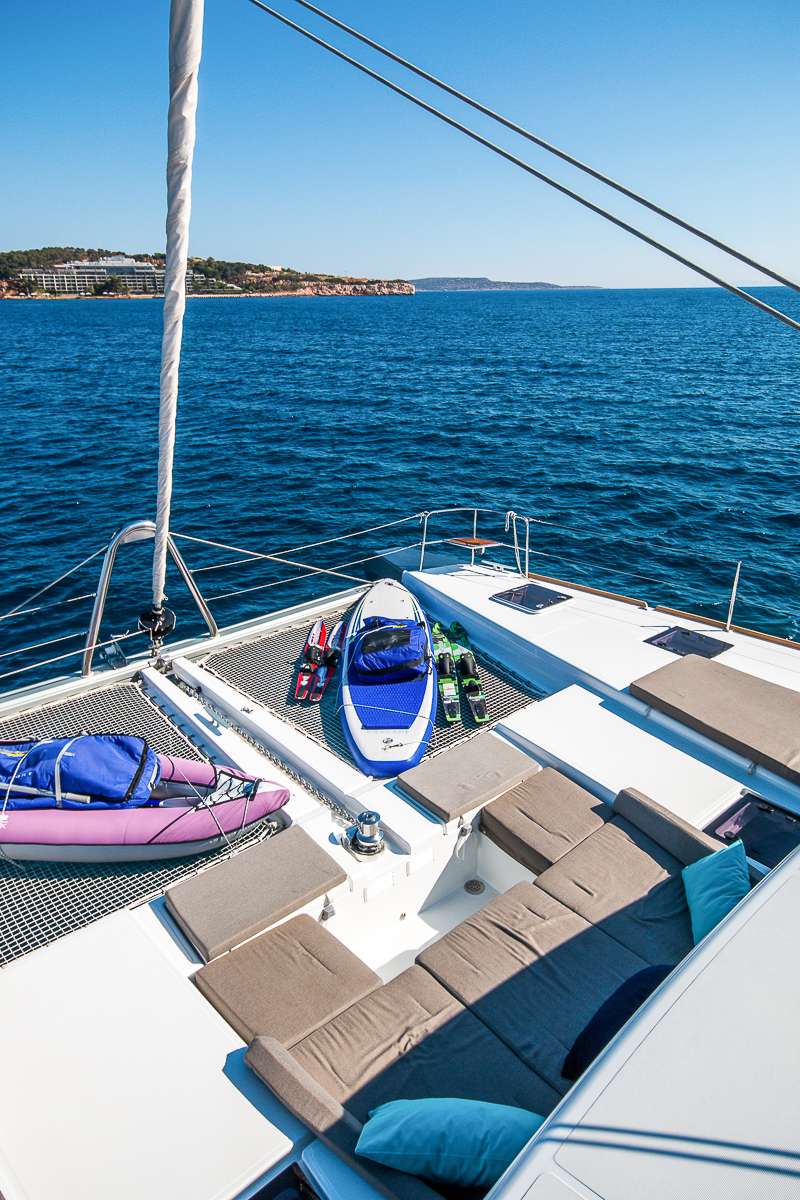 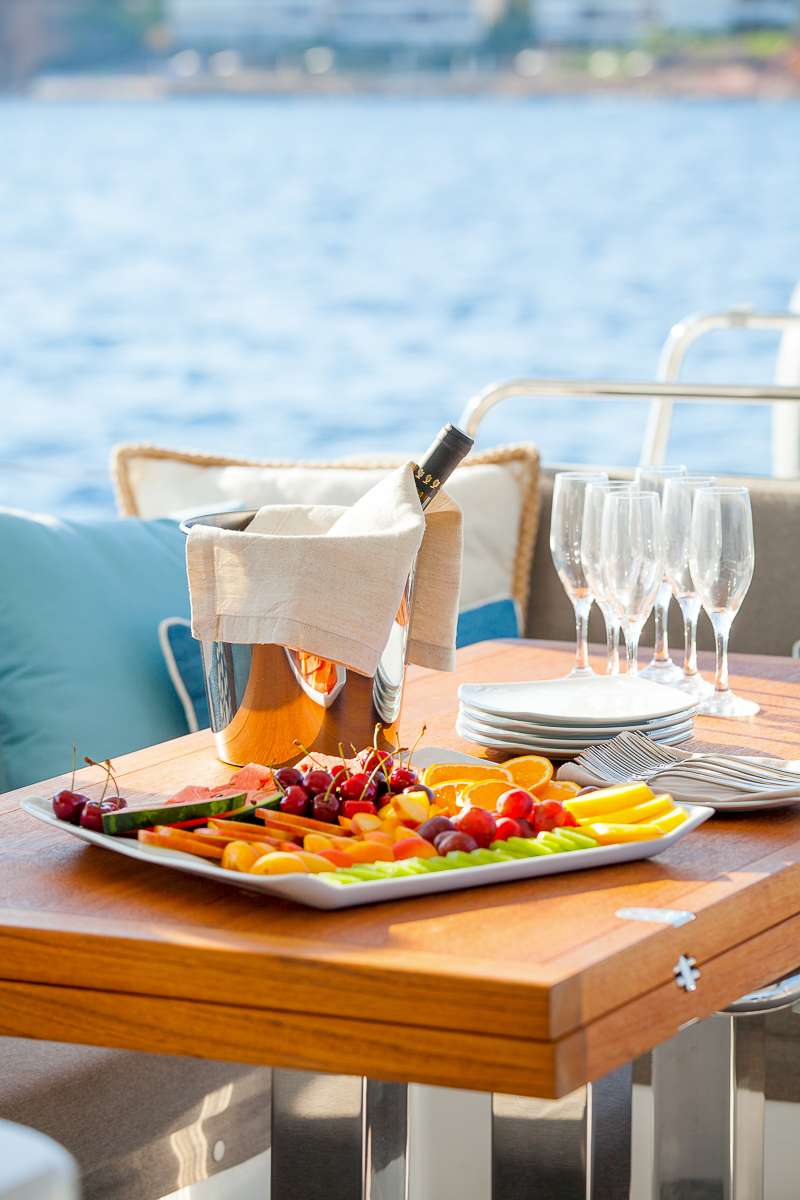 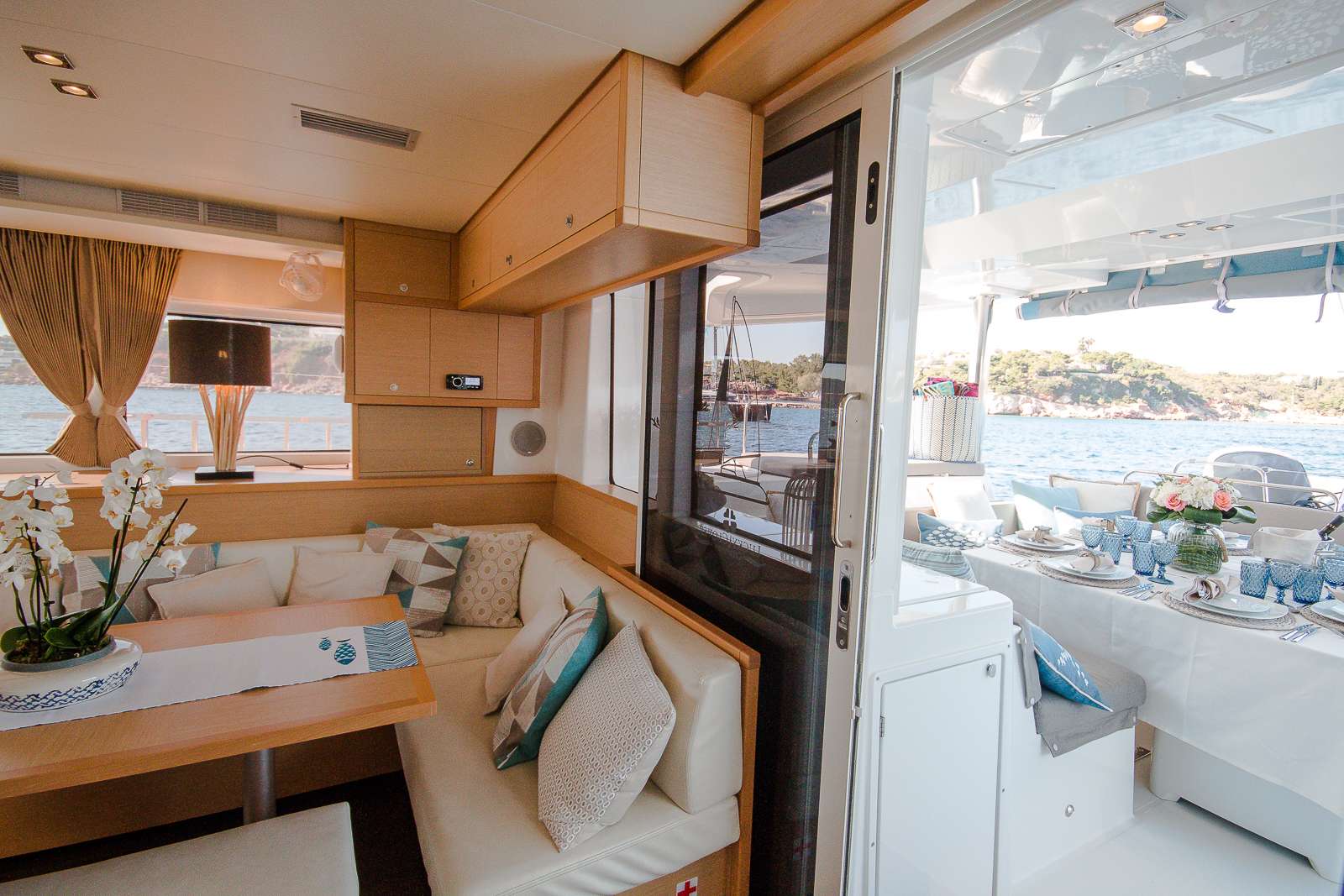 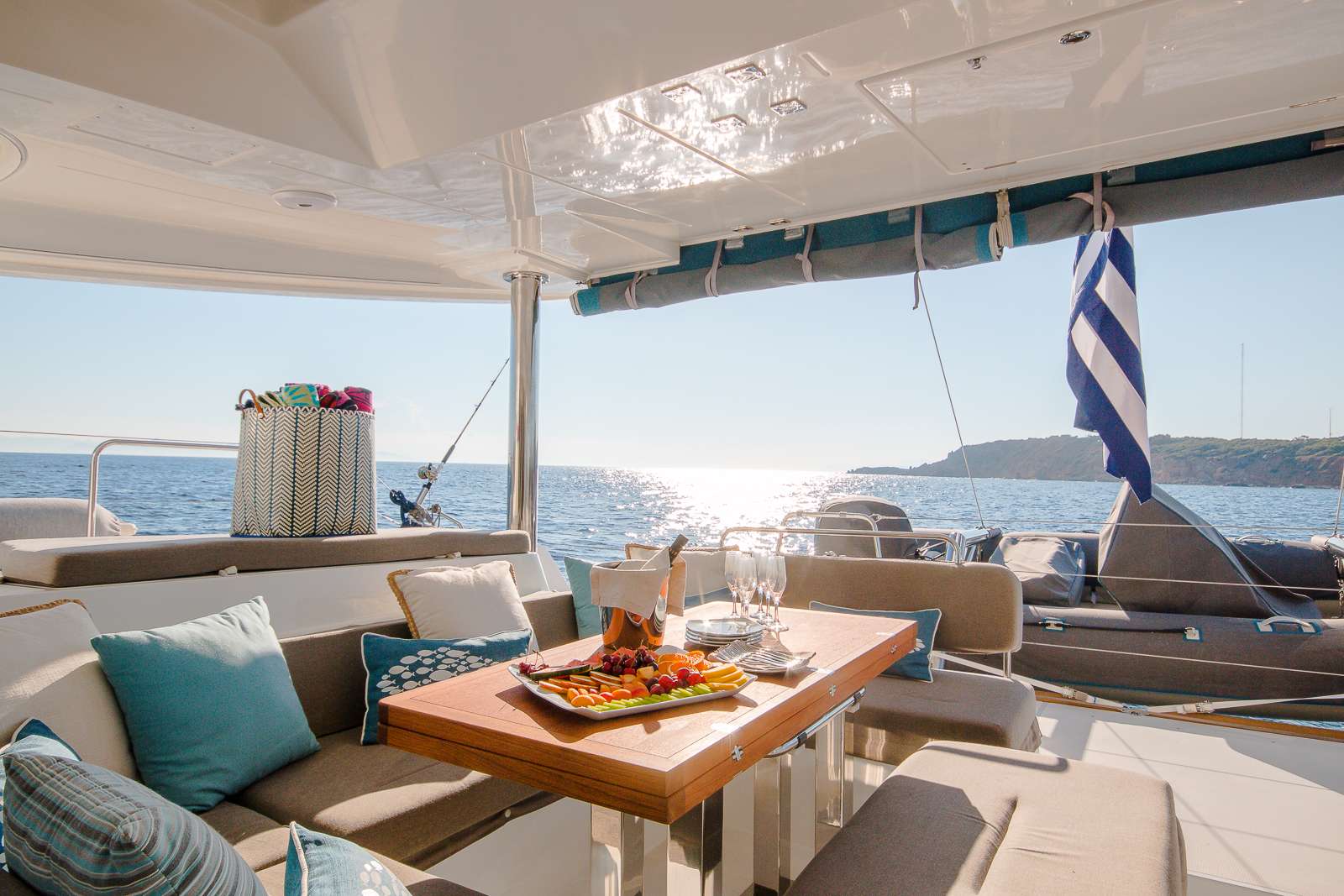 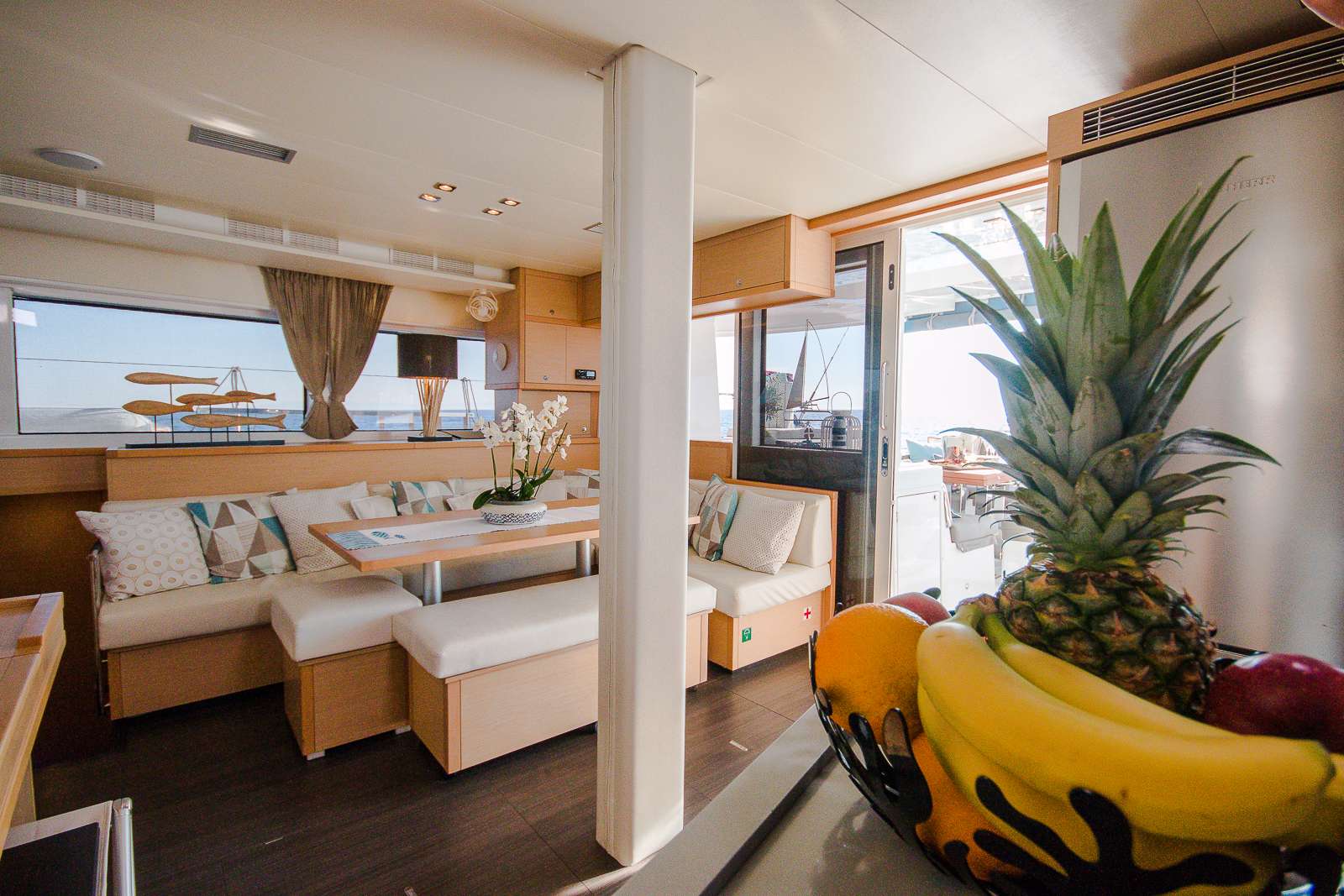 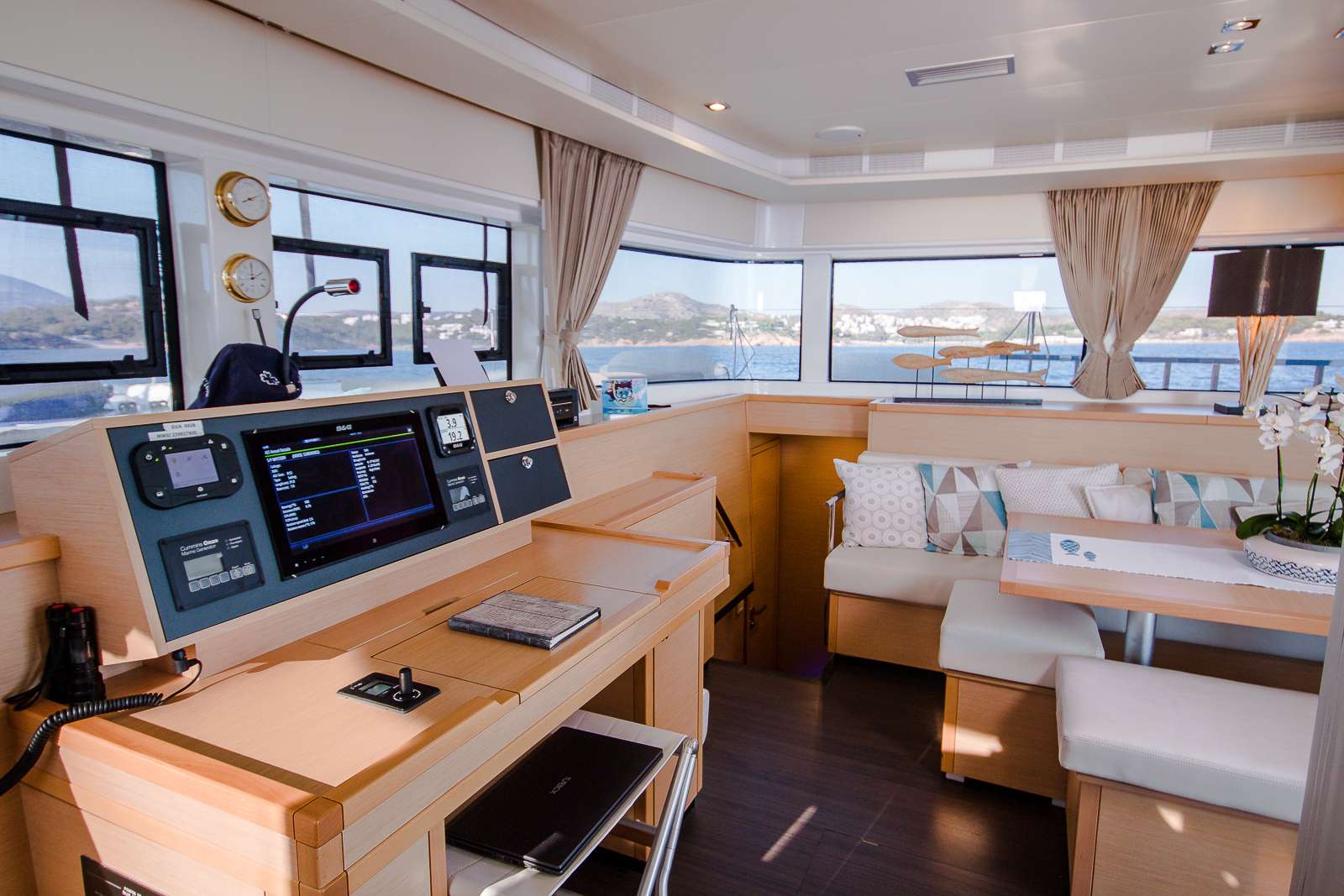 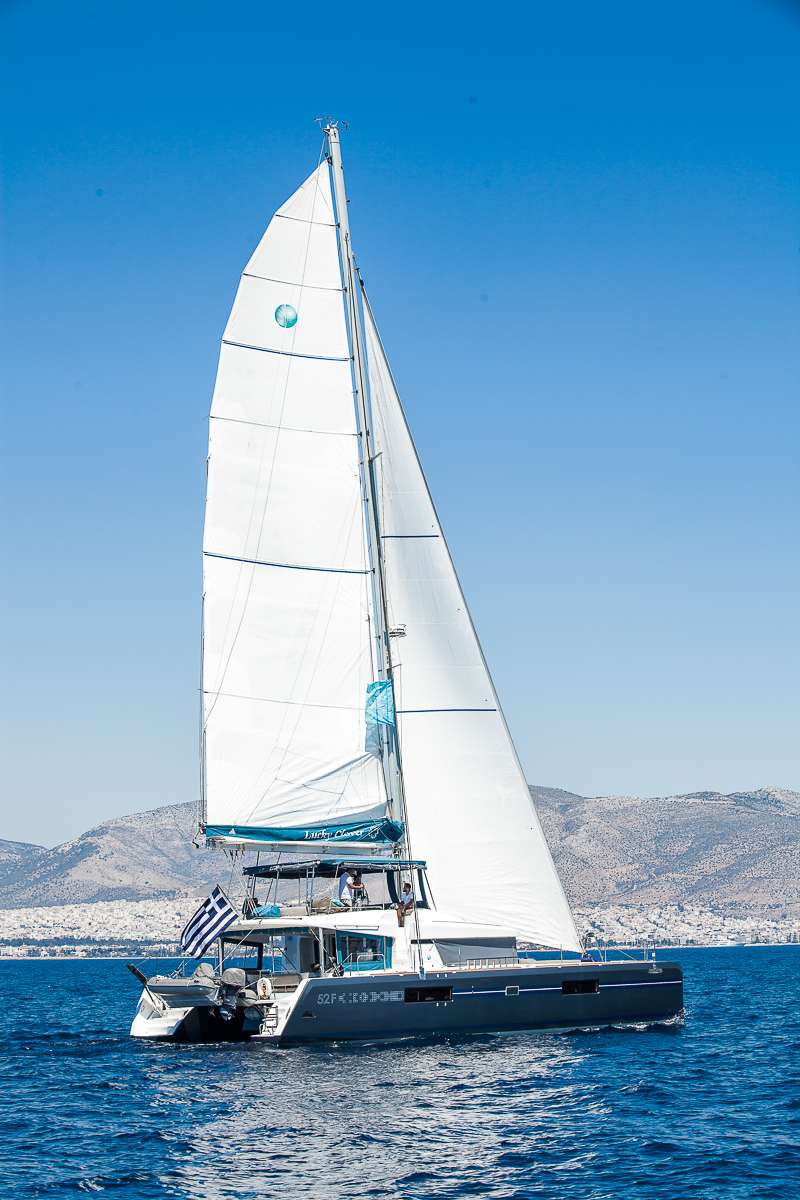 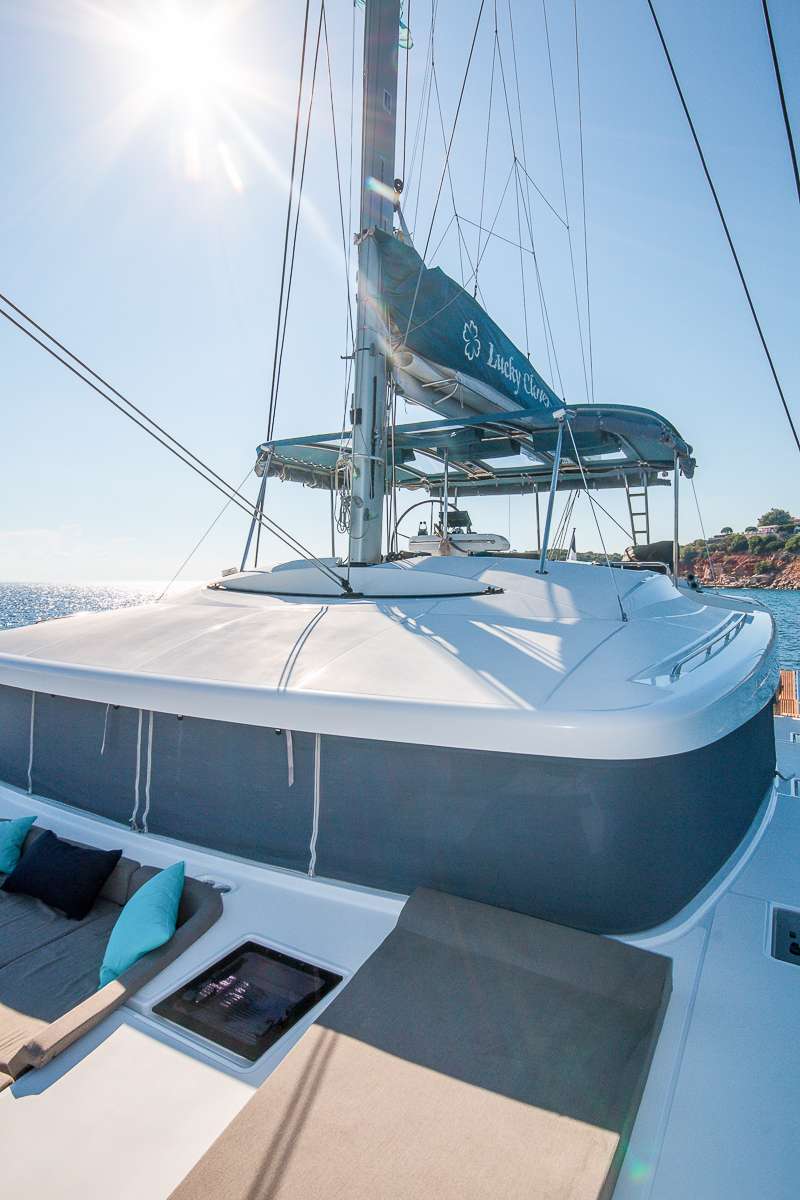 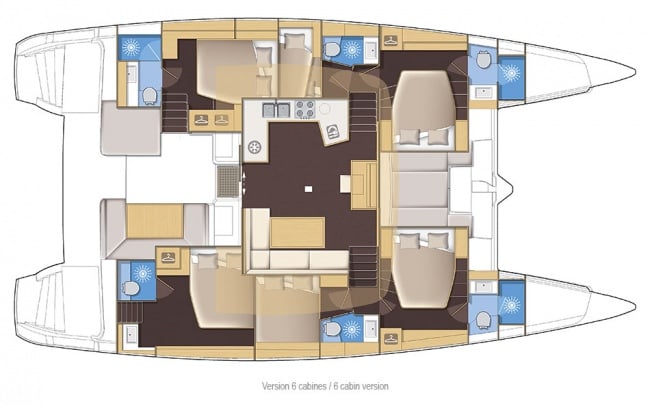 Accommodates 12 guests in 2 master cabins, 3 double bed cabins and one with upper and lower bunks.
Crew sleeps in separate compartments

Captain Yiannis was born in 1975 in Greece. From early on he had two main passions: Mechanical Engineering and sailing. So soon after getting 3 diplomas in Engineering he started his professional involvement with the sea. He is a well experienced captain, who has sailed the Greek and Mediterranean seas, knowing every little bay and harbor inside out. Captain Yiannis is able to cope with any difficult situation at hand responsibly and decisively. As serious as he takes his job, as kind and wonderful he is as a person. His guests call him a calm and gentle giant, who is always smiling, while kids just simply adore him. He speaks fluently English and makes everyone on board feel extremely welcome.
After serving nearly two years in the Greek Navy, he acquired his Skipper Diploma at the Delphinarium Yacht Club, he obtained the Rescuer Degree , First Aid CARPA, he was captain of various monohull sailing yachts, in one of which he was awarded the 1st Position in Rally Ionian 2011-2012, he worked on VitaminSea Leopard a 113,22 ft boat, which travelled for four months from Marseille to Athens, before he started working with crewed catamarans.
Here he has shown his full potential as Captain and host. His hobbies include Volley-ball, engineering and maintaining anything mechanical.

STEWARDESS – Anastasia Karagianni
Anastasia will be joining us on board Lucky clover this season and she comes to us with great recommendations. She likes to keep the boat in impeccable condition and is very detailed. She has a motor and sailing license. During the winter seasons she works as a director in TV programs, advertisements and other projects, her latest project was the Greek Master Chef where she was assistant to the Director. Her passion for the sea is what drove her to start working as a hostess in crewed yachts a couple of years ago. Her main goal is to attend to the guests and ensure that all is to their liking. She is hard working and very organized. She has completed courses on safety at sea and customer care. Anastasia looks forward to ´welcoming´ you on board!

Chef – Dimitris Kostantakis
Dimitris was born and raised in 1988 in Athens. He got his diploma on Plant Production from the Technical school of Crete and then he joine the culinary school ( Le Monde) in Athens.
He did his practice in one of the succesful and well known five star hotel in Athens (Wyndham Grand Athens 5*). He then started working as a A’ Cook at a Grill Bar in Athens and then to hotels, he then worked as a sous chef in the northern suberbs of the city. After working on the land he decided to explore life on board as he enjoyes a lot to travel, playing basketball, swimming, and listening to music.
He speaks Greek, English and French.