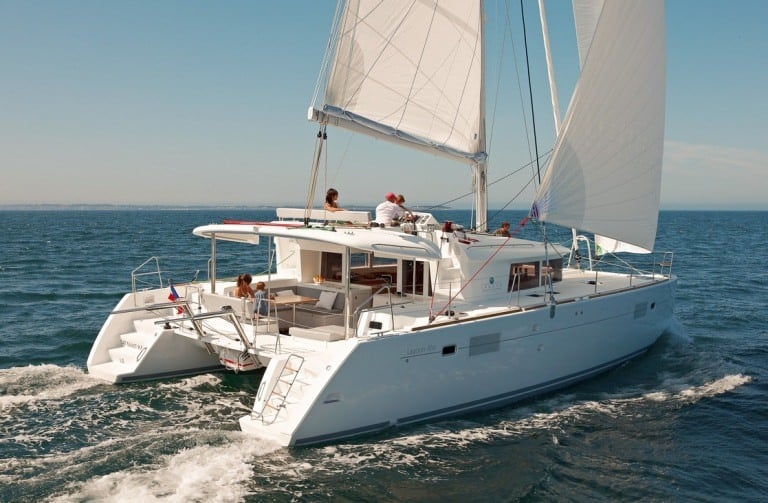 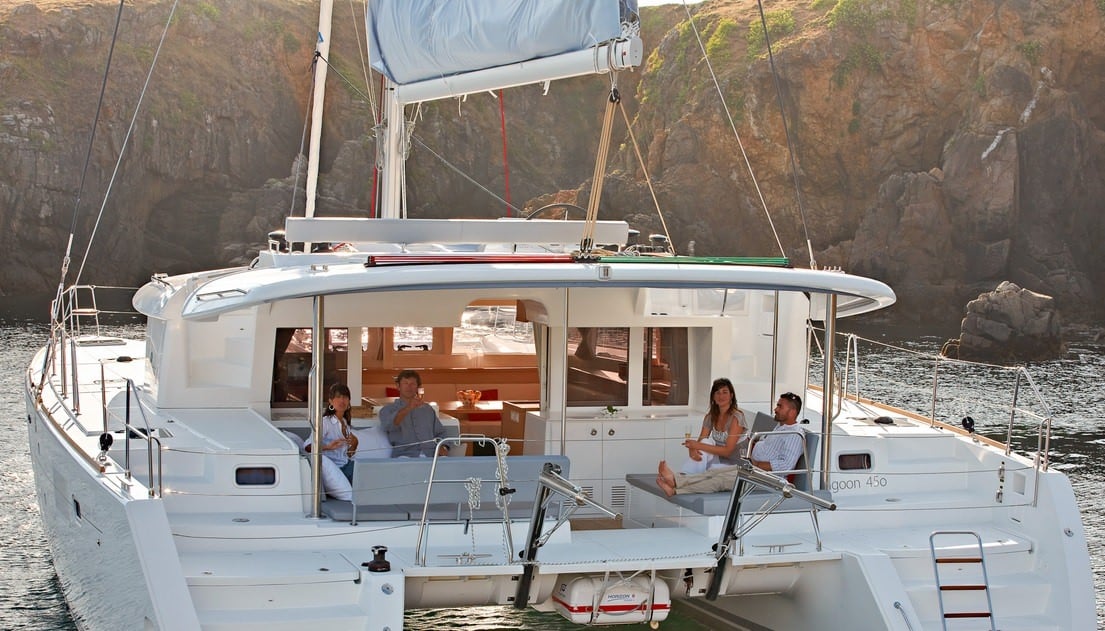 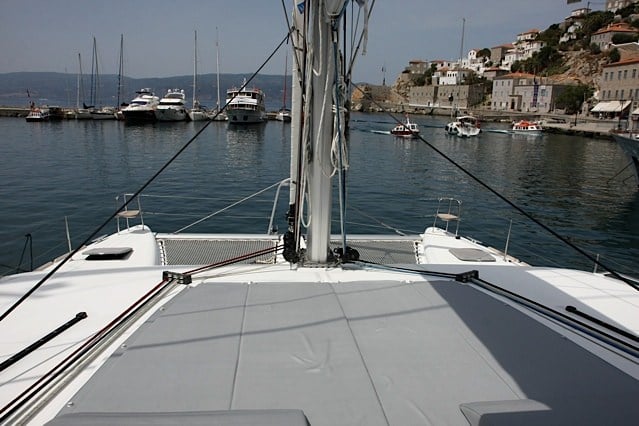 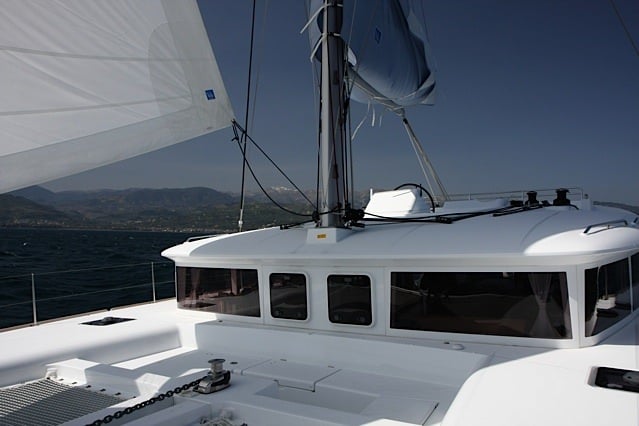 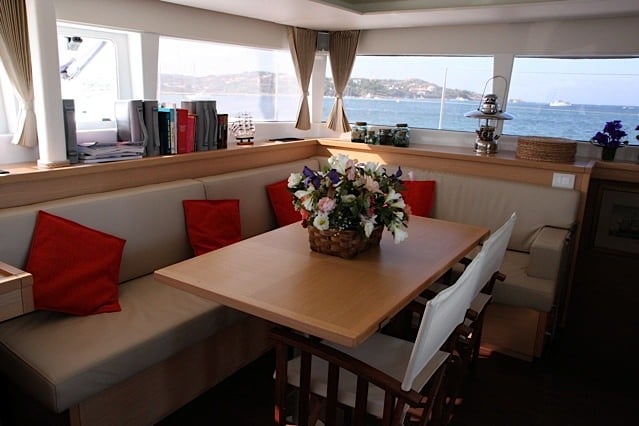 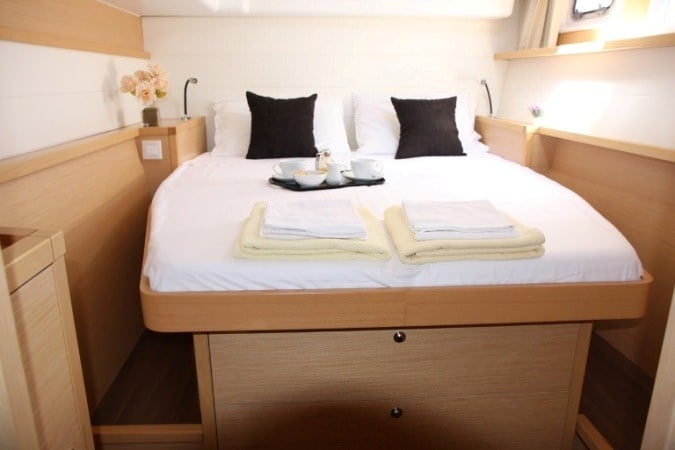 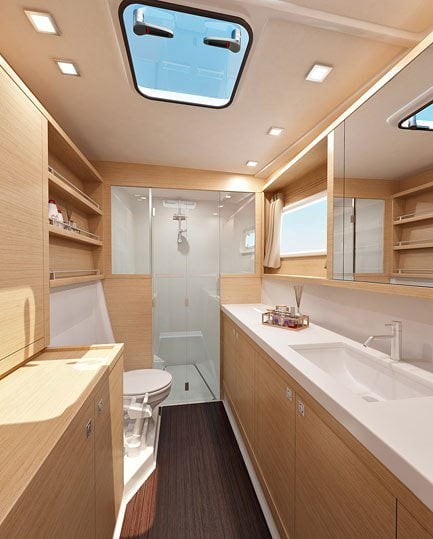 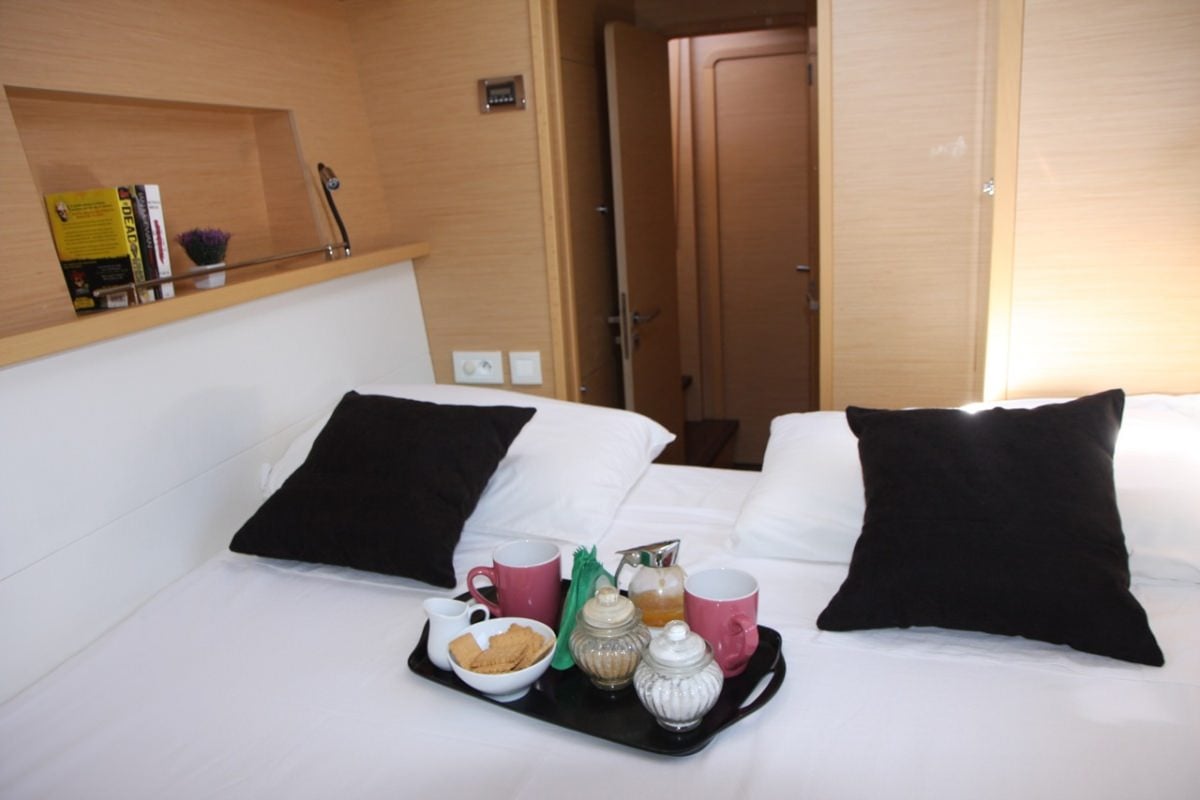 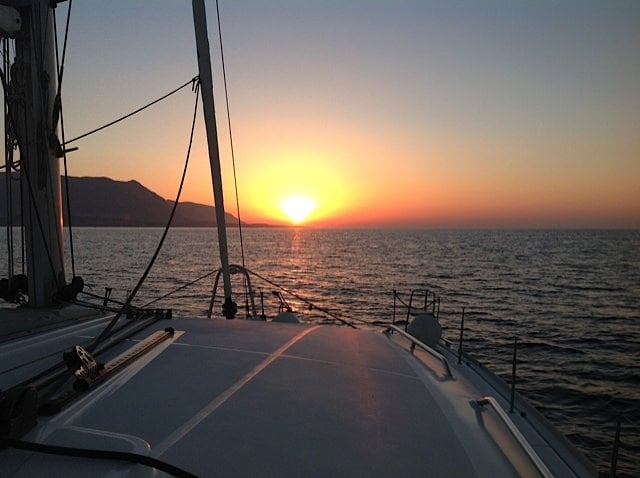 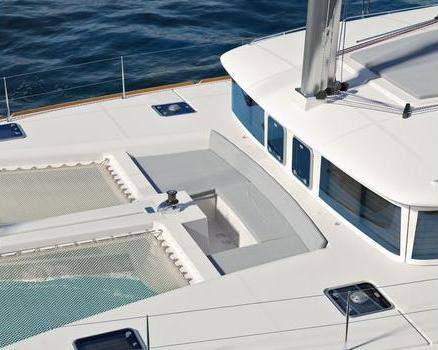 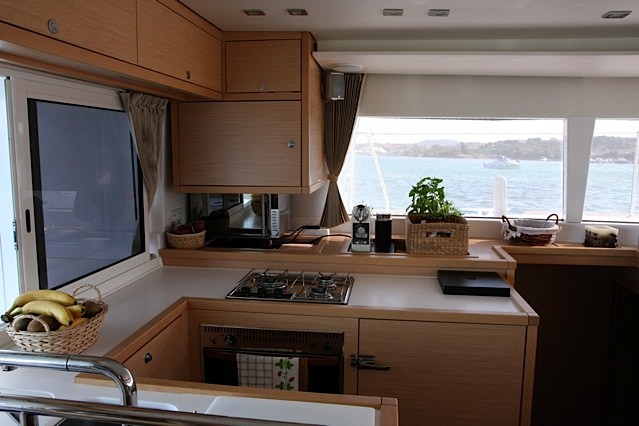 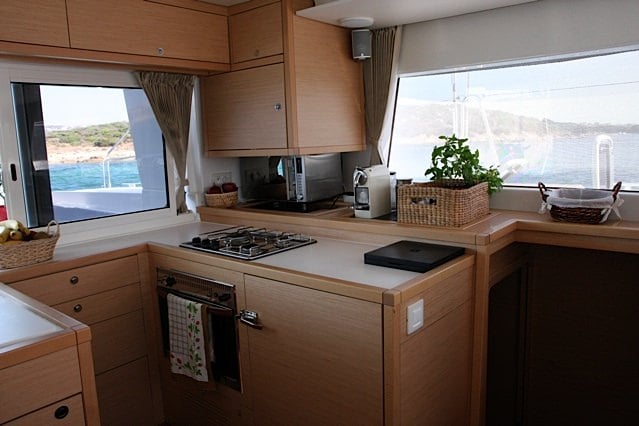 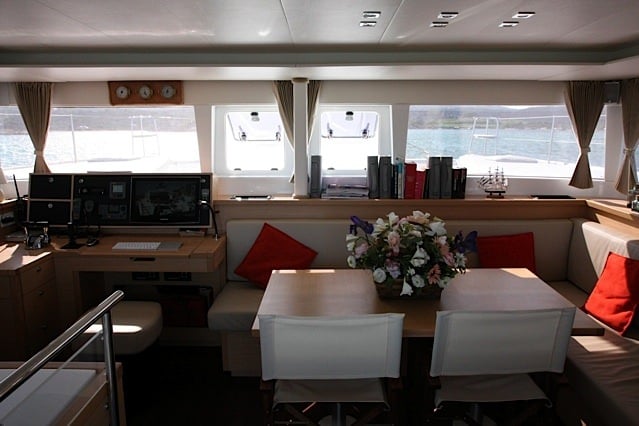 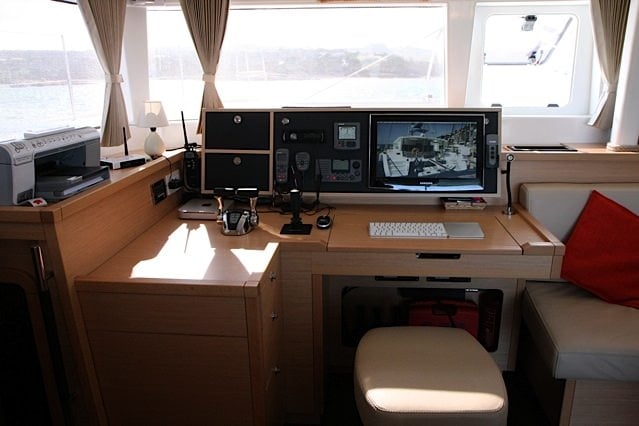 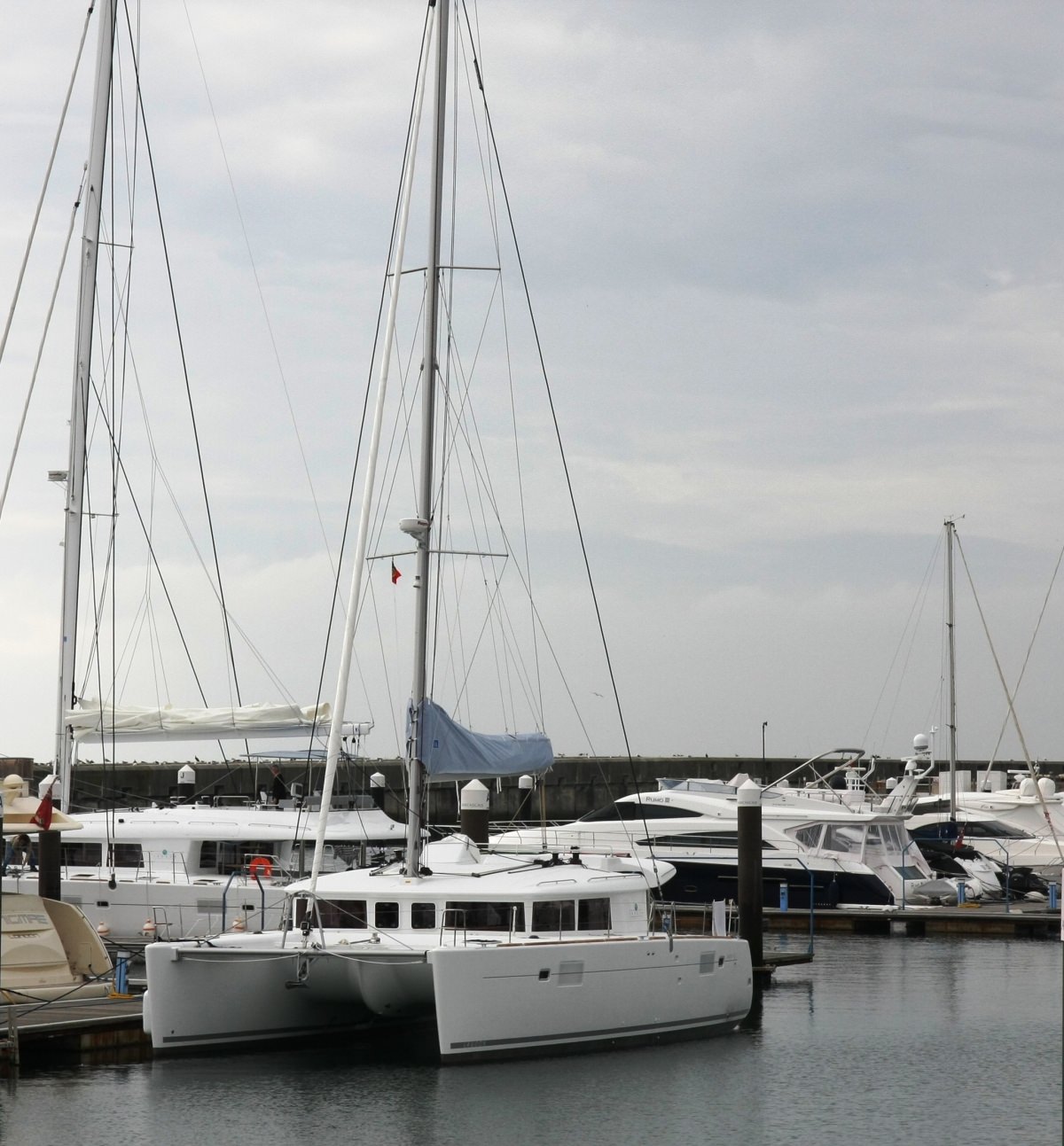 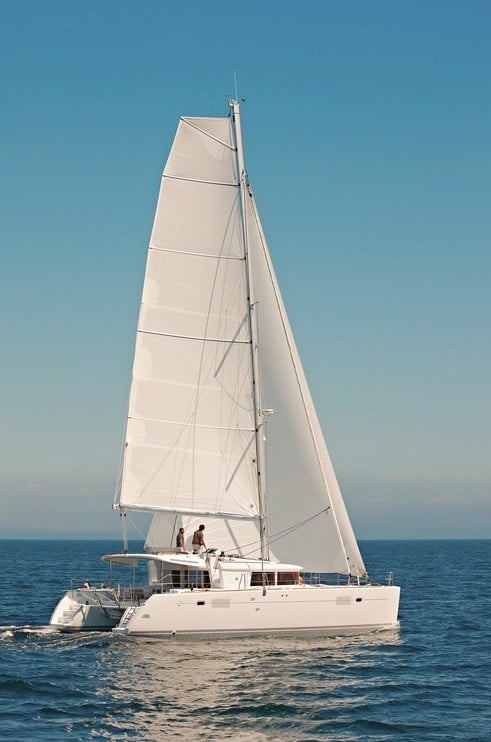 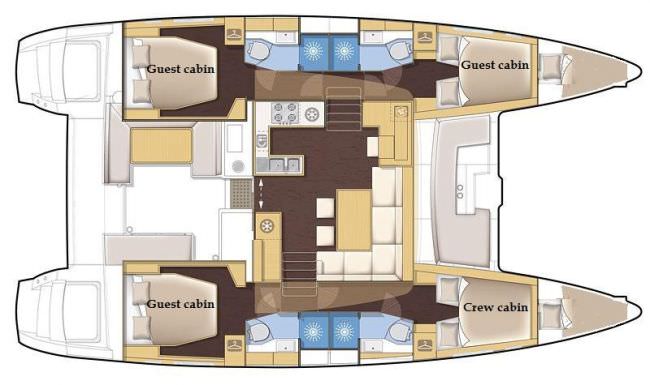 Okeanos offers accommodation for 6 guests in 3 double cabins, all with en-suite facilities.

Large main salon with panoramic view; there is a 360° visibility from the saloon and an exceptional brightness in the cabins thanks to large hull windows.

The galley is located on the same level of the cockpit.

Captain: Paolo Tisci, Italian, 57 y.o.
Captain Tisci started his maritime career in 1993 in Greece. He acquired extensive experience and extended his charter area in Italy, Croatia, Spain, Tunisia, Turkey and France, sailing for more than 60.000 miles in total. Paolo is a very well known Captain in Italy as he has successfully collaborated with the major charter companies since 1993.His deep knowledge of the Mediterranean coasts has no equal and he’s a very attentive, precise and accurate person.
He’s also a very skilled chef, specialized in Mediterranean cuisine but able to satisfy all kinds of international palates.
Italian mother tongue, he speaks good English, French and basic Greek and Spanish.

Stewardess: Irene Pugnali, Italian, 27 y.o.
Irene is a very dynamic and efficient stewardess, with a very positive attitude and a strong passion for everything gourmet.
Born and raised in Rome, she embarked on board Okeanos for the first time in 2014. Since then, she decided to follow her natural attitude toward cooking and attended a professional cooking school. She got several jobs in different restaurants, including a short experience with the world famous and Michelin starred chef Cristina Bowerman. This Summer she will bring her lively personality and her high cooking skills on board Okeanos again, where guests will be delighted from her delicious, yet healthy dishes.
Due to a very organized mind, Irene perfectly performs all other tasks linked to her stewardess role and keeps the yacht in immaculate conditions.
She speaks Italian and English.