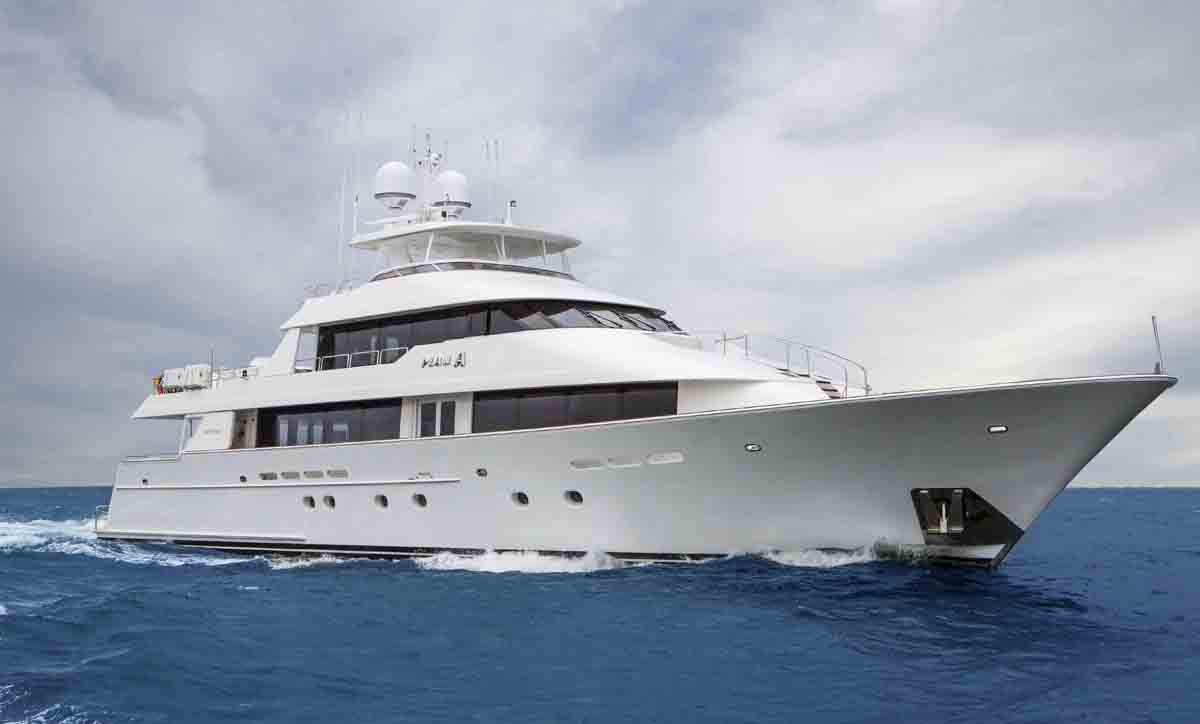 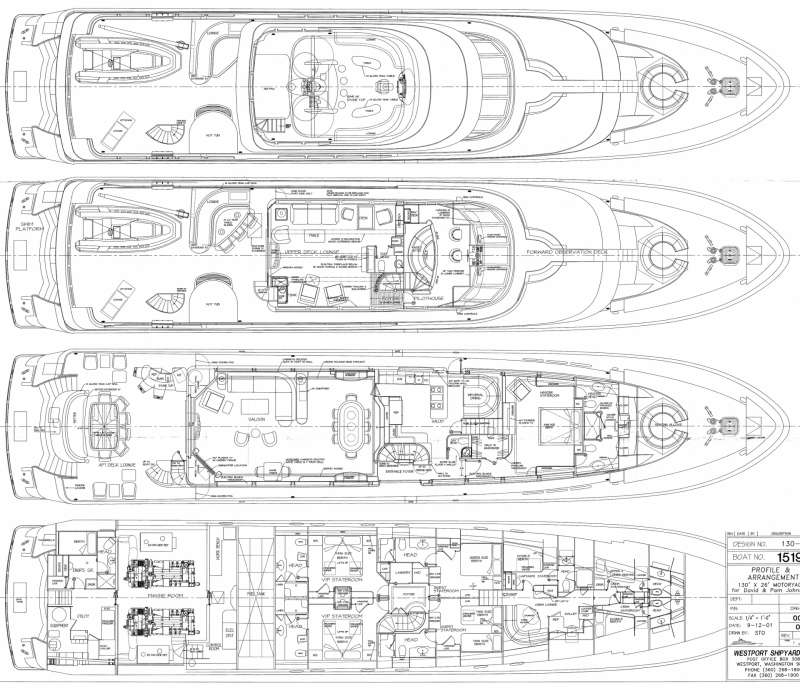 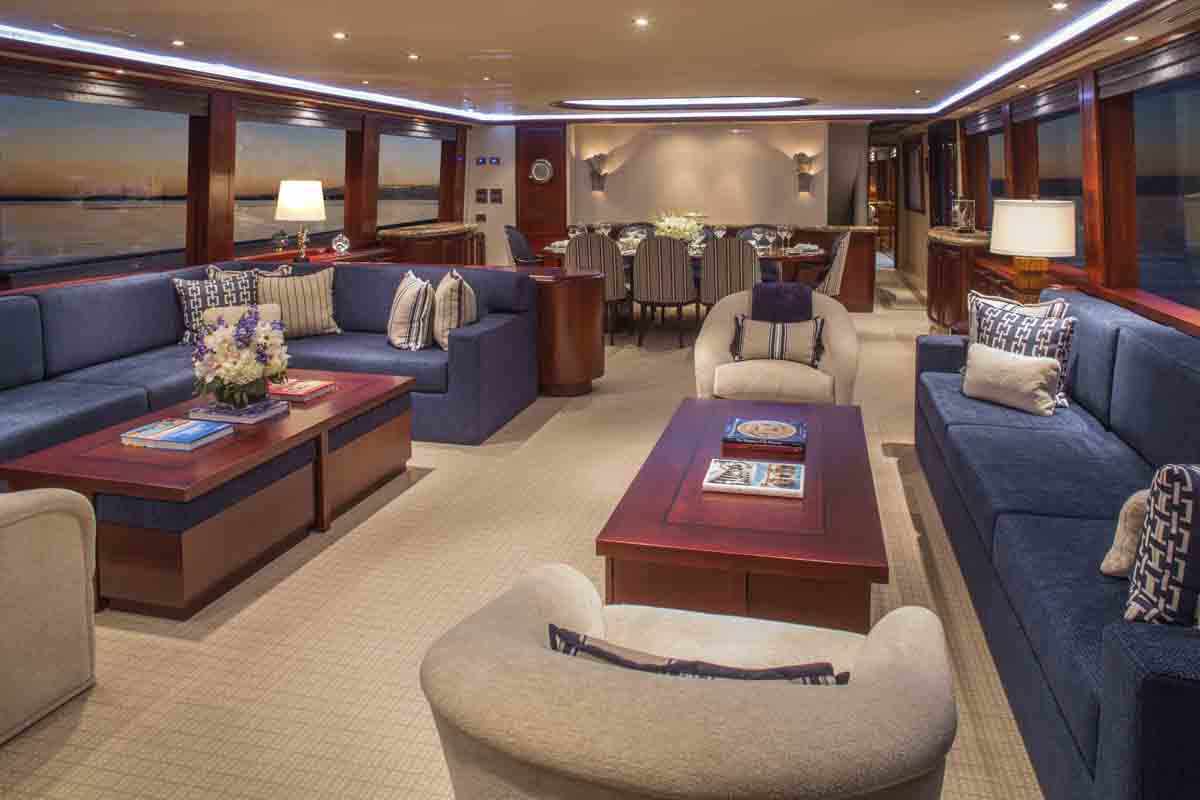 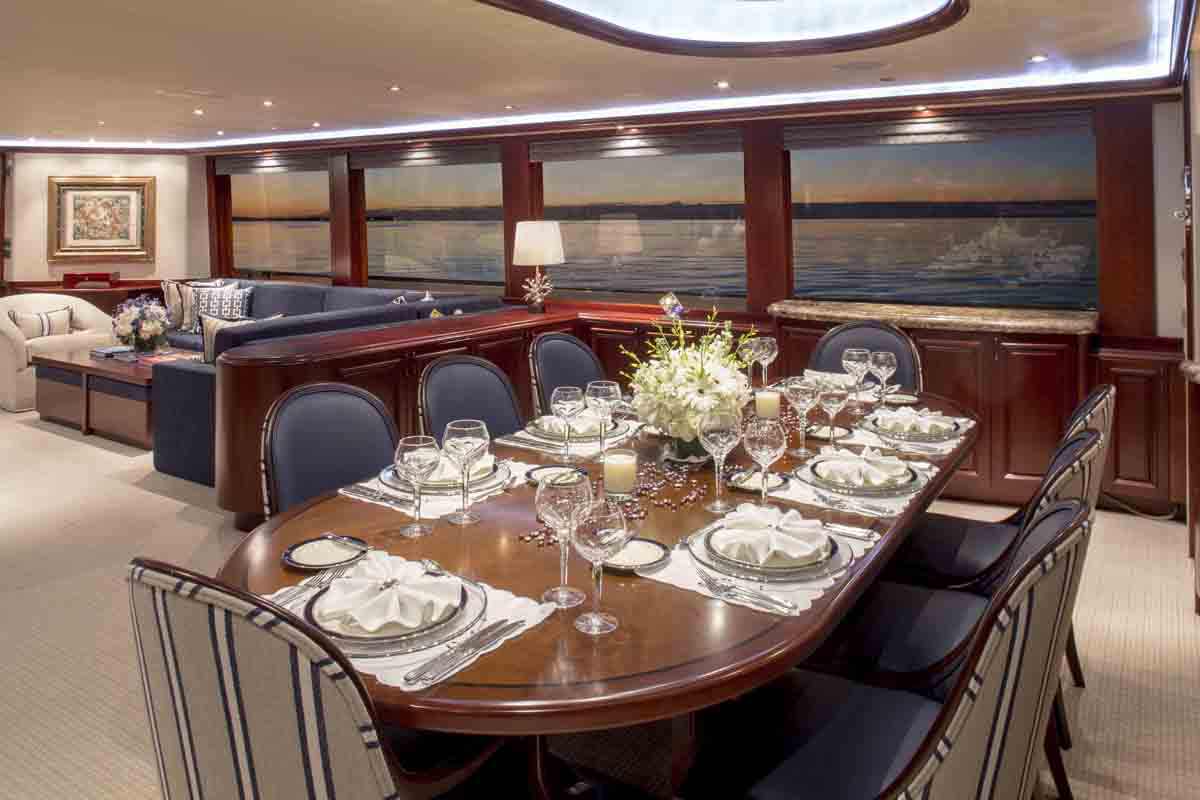 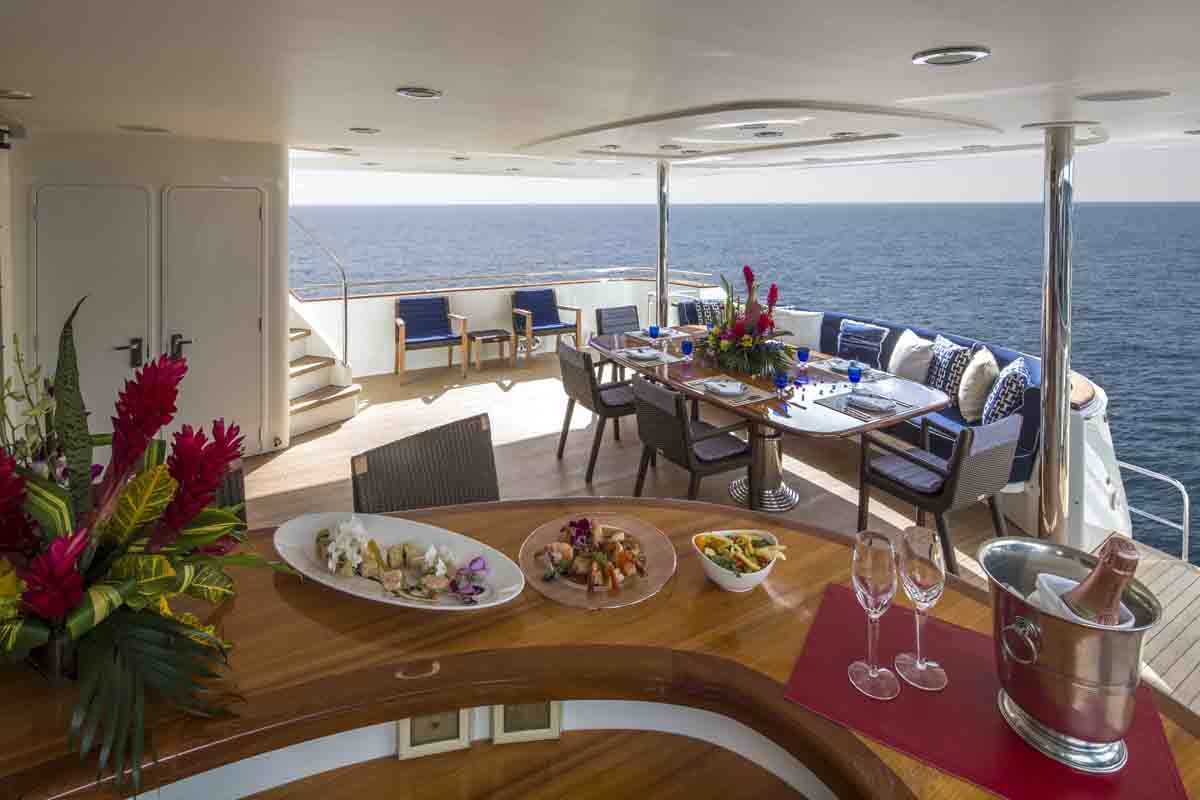 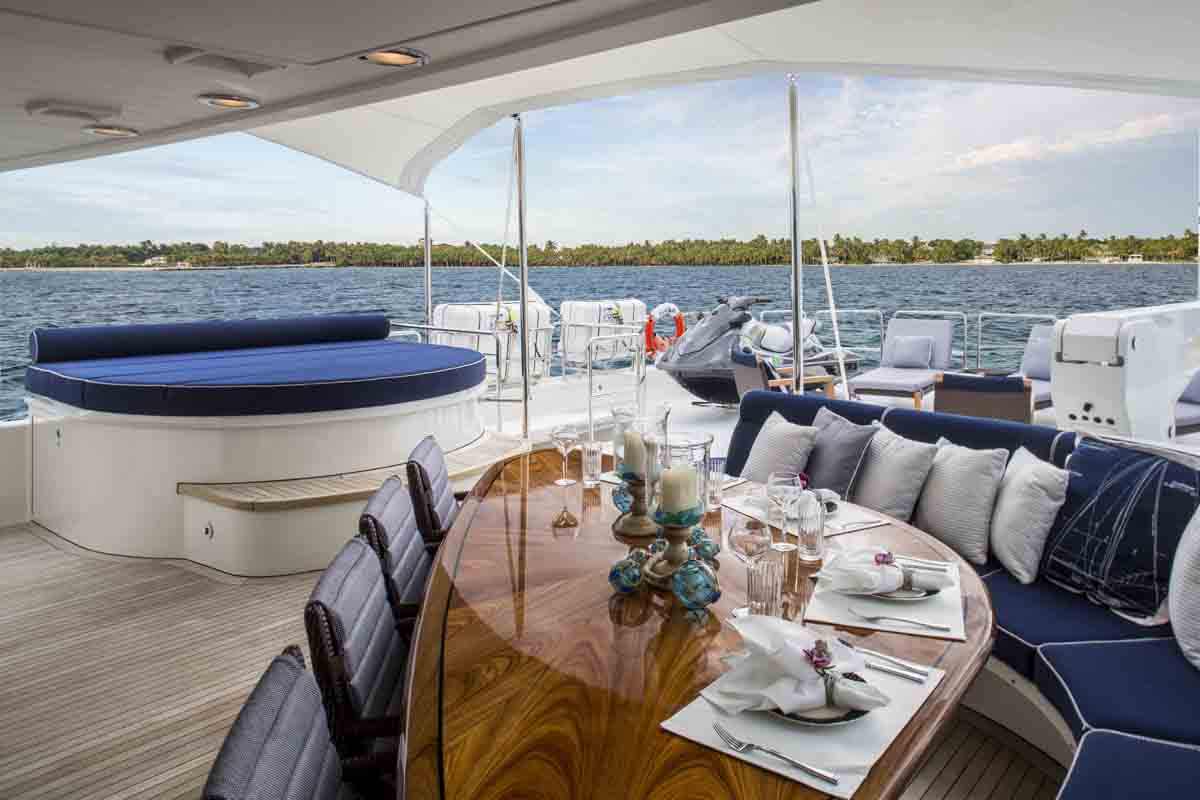 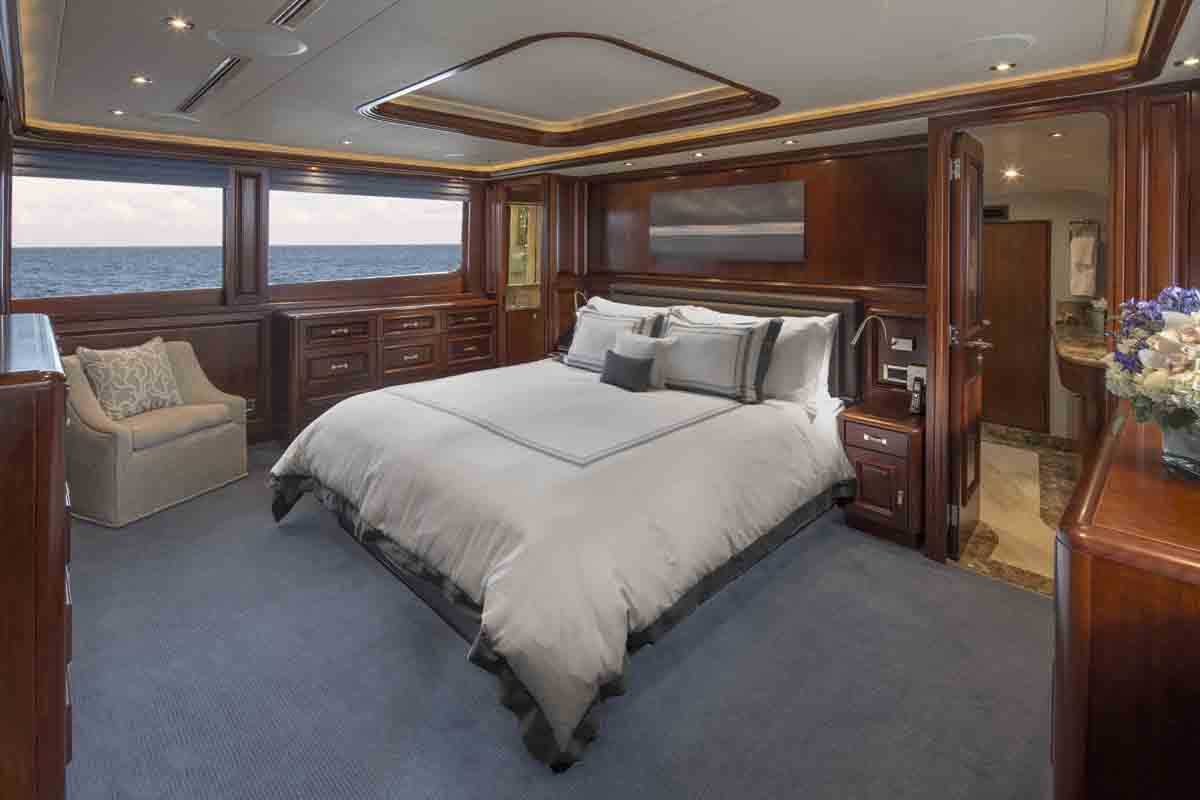 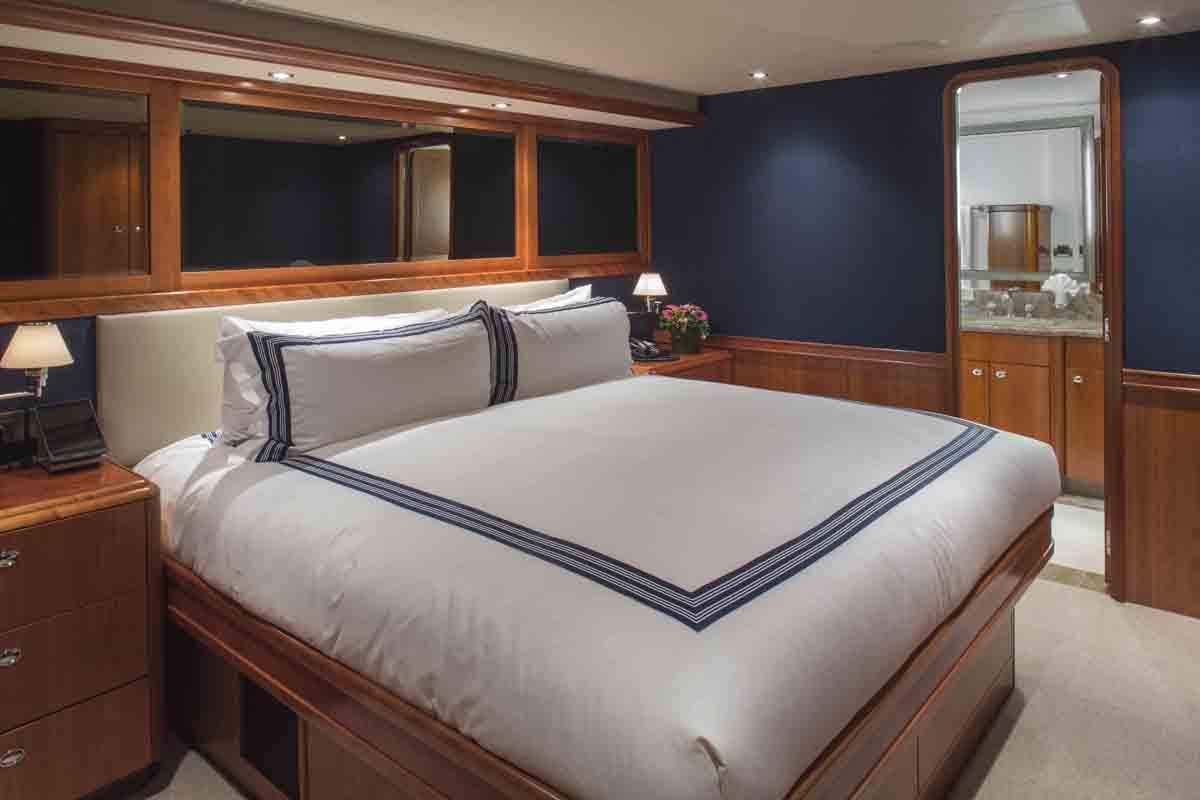 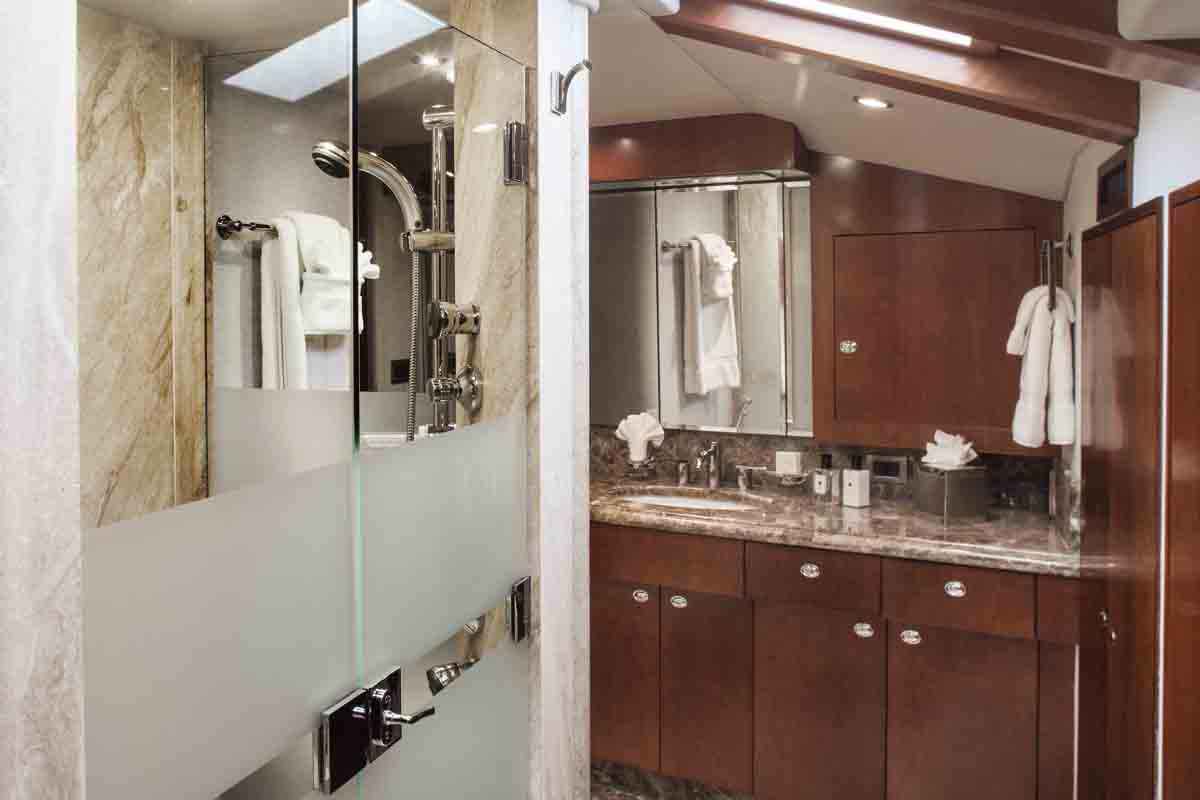 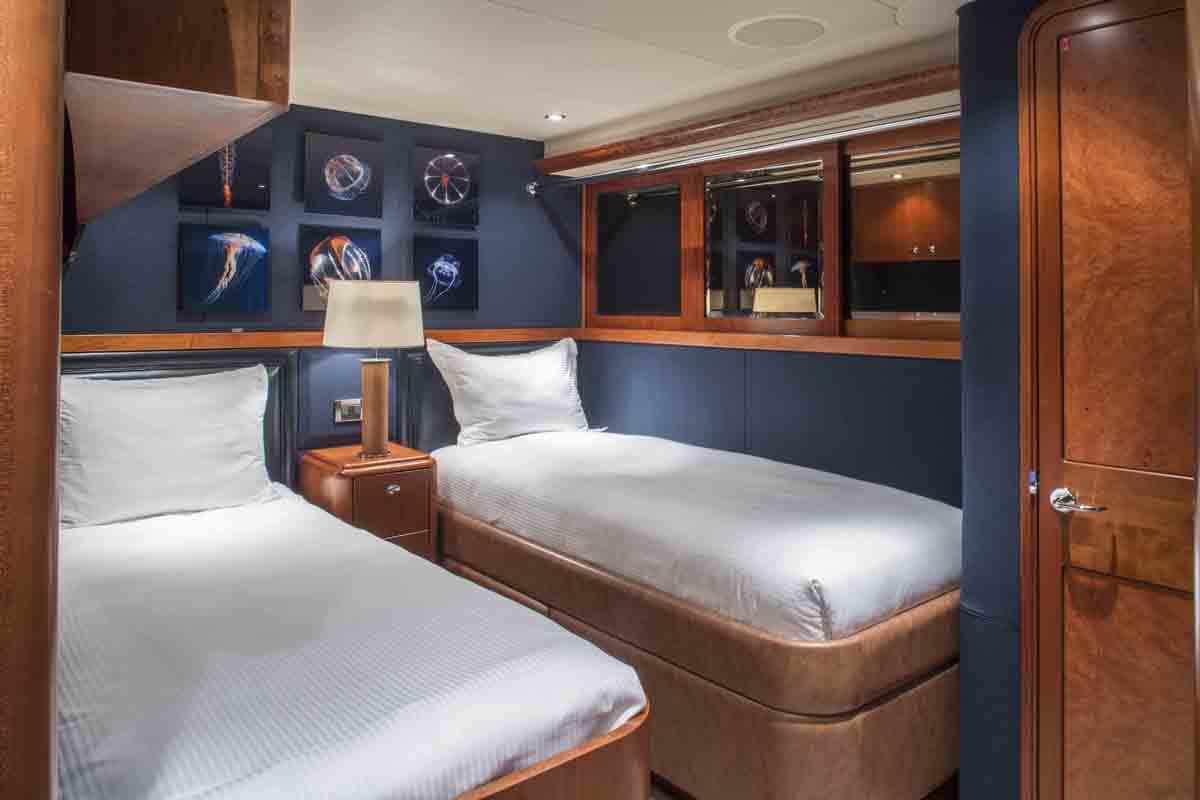 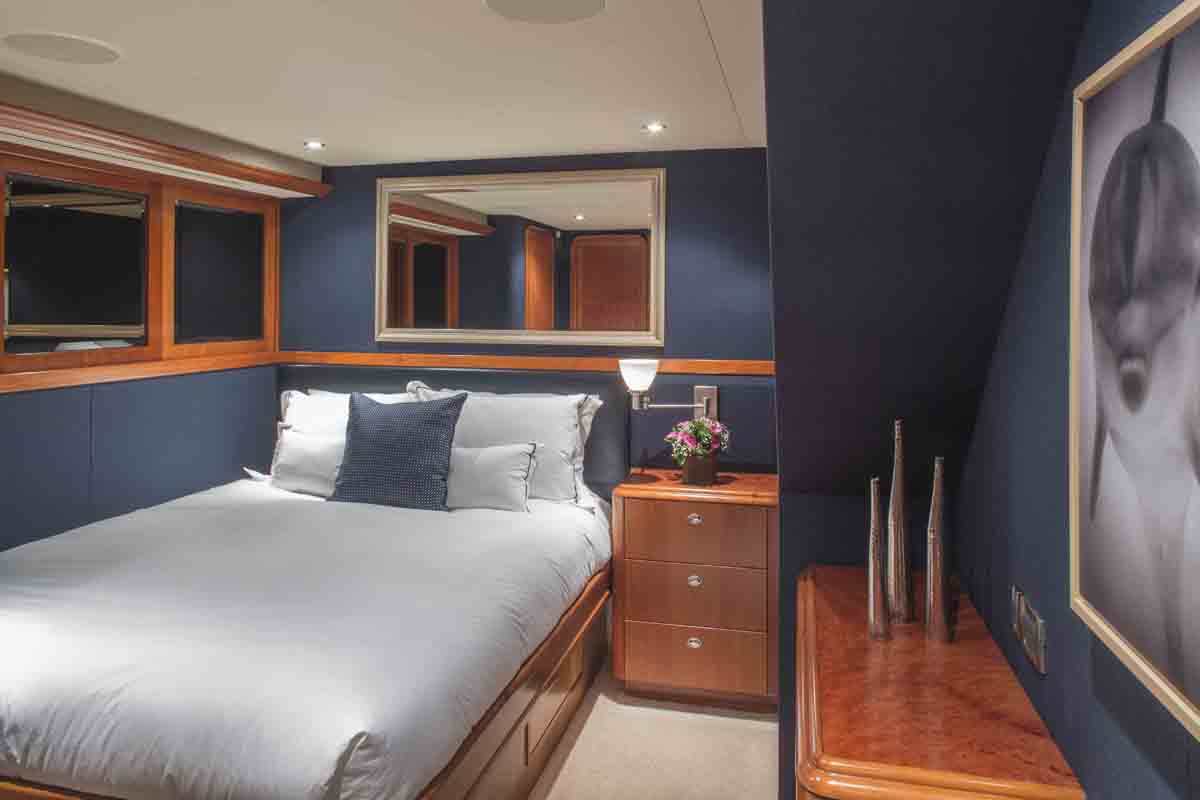 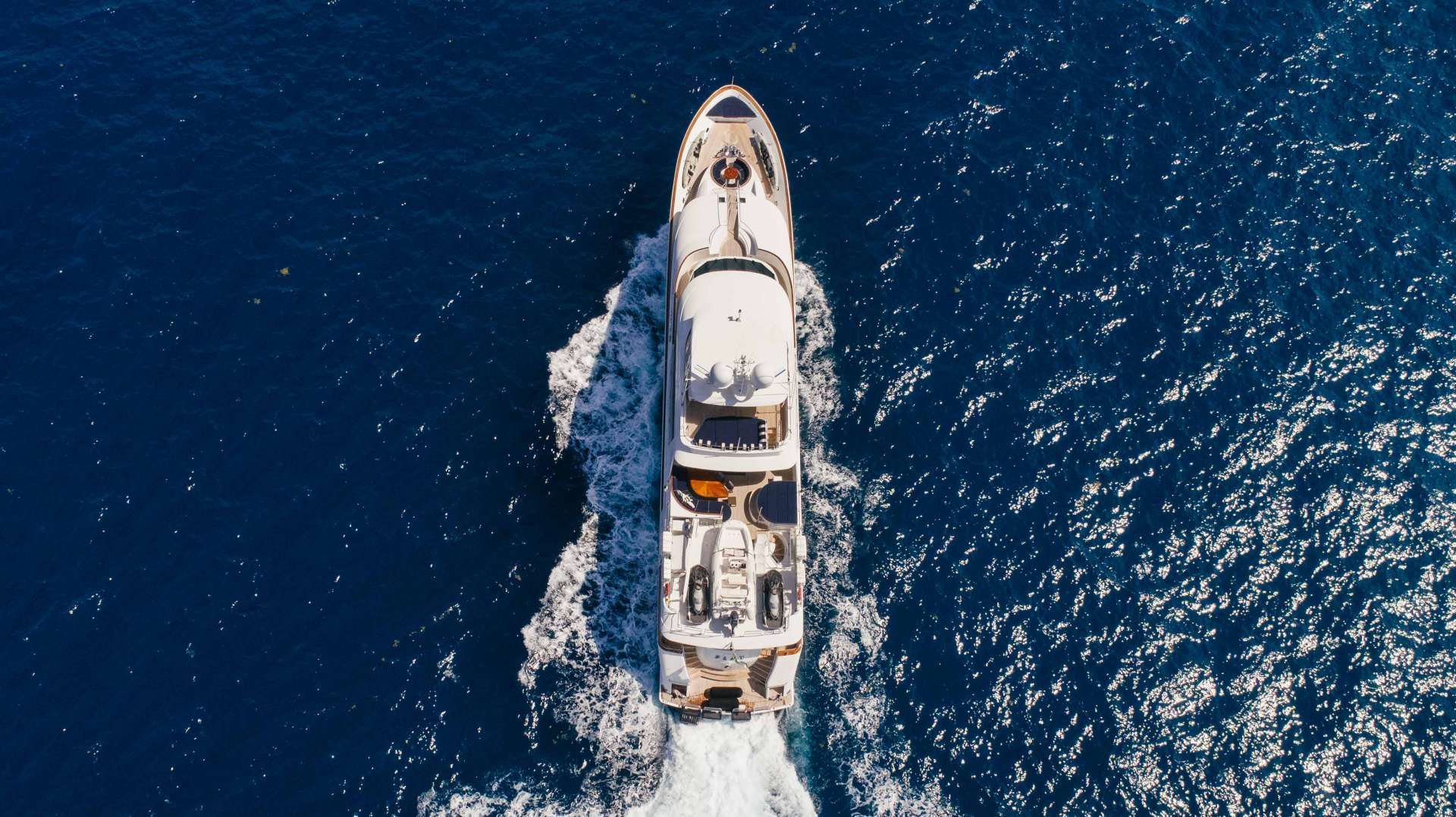 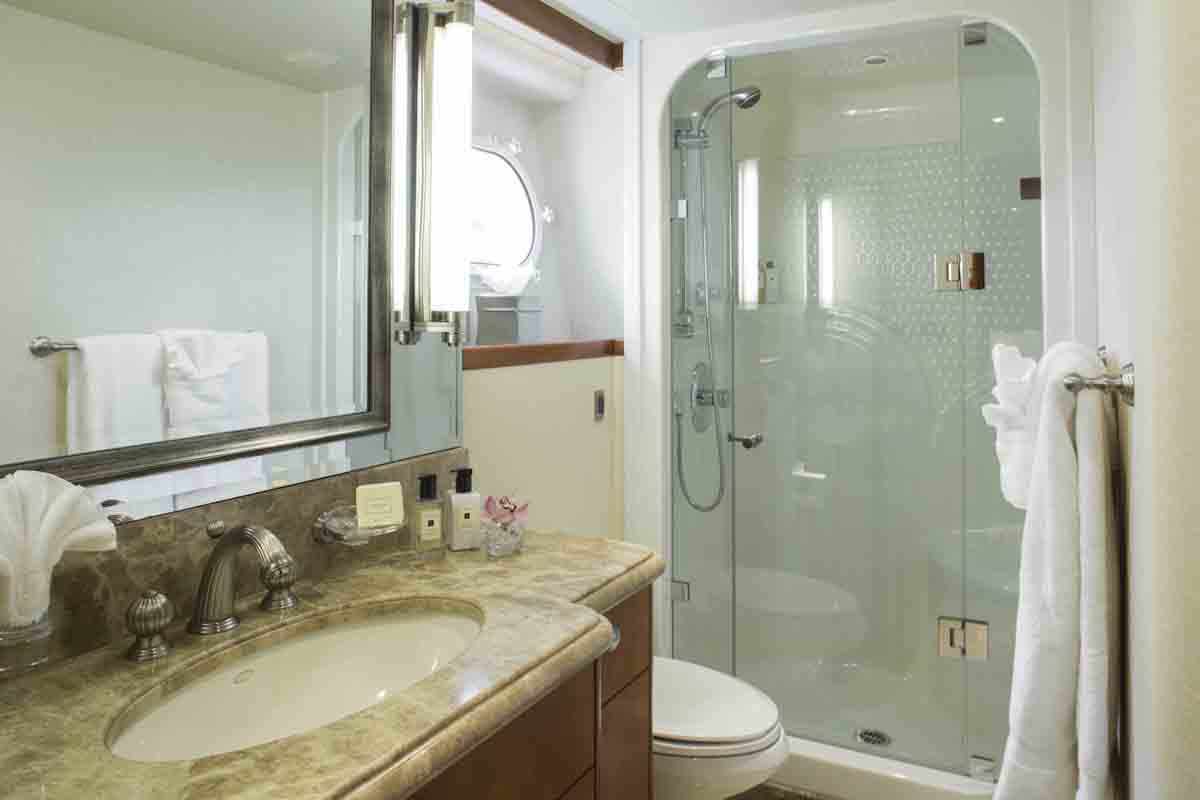 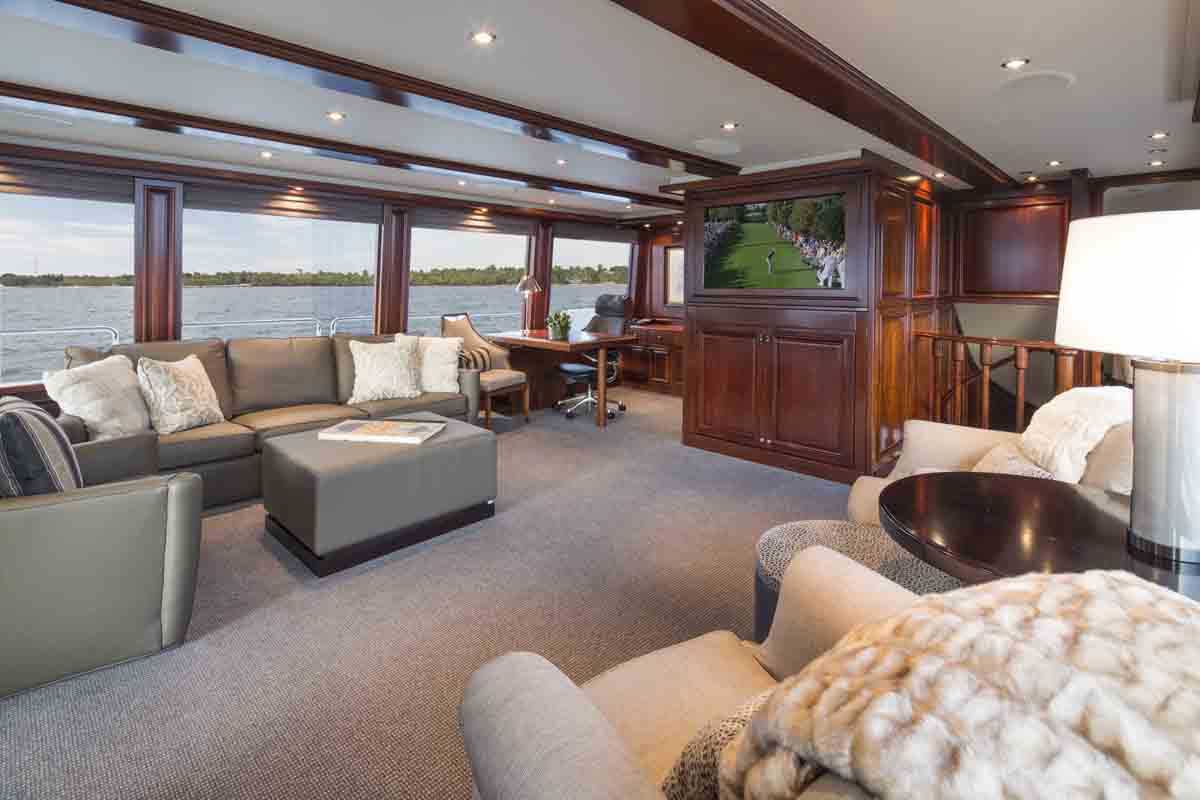 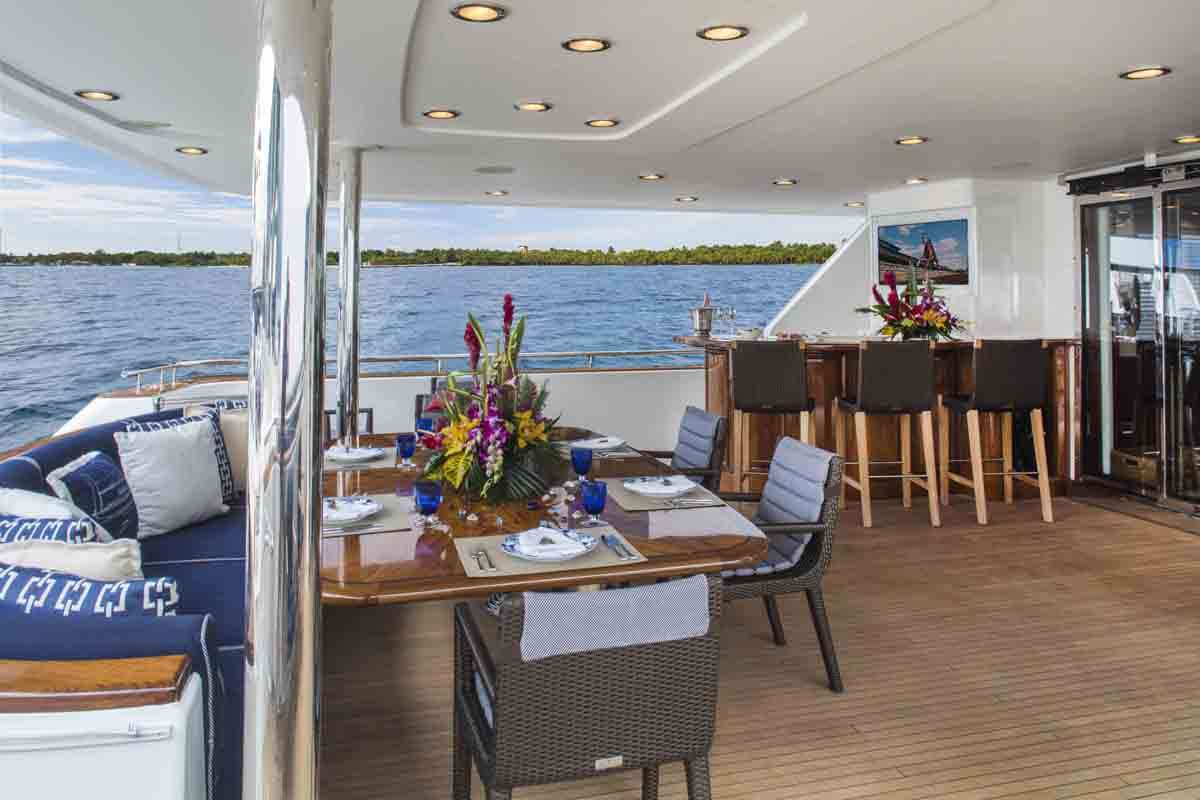 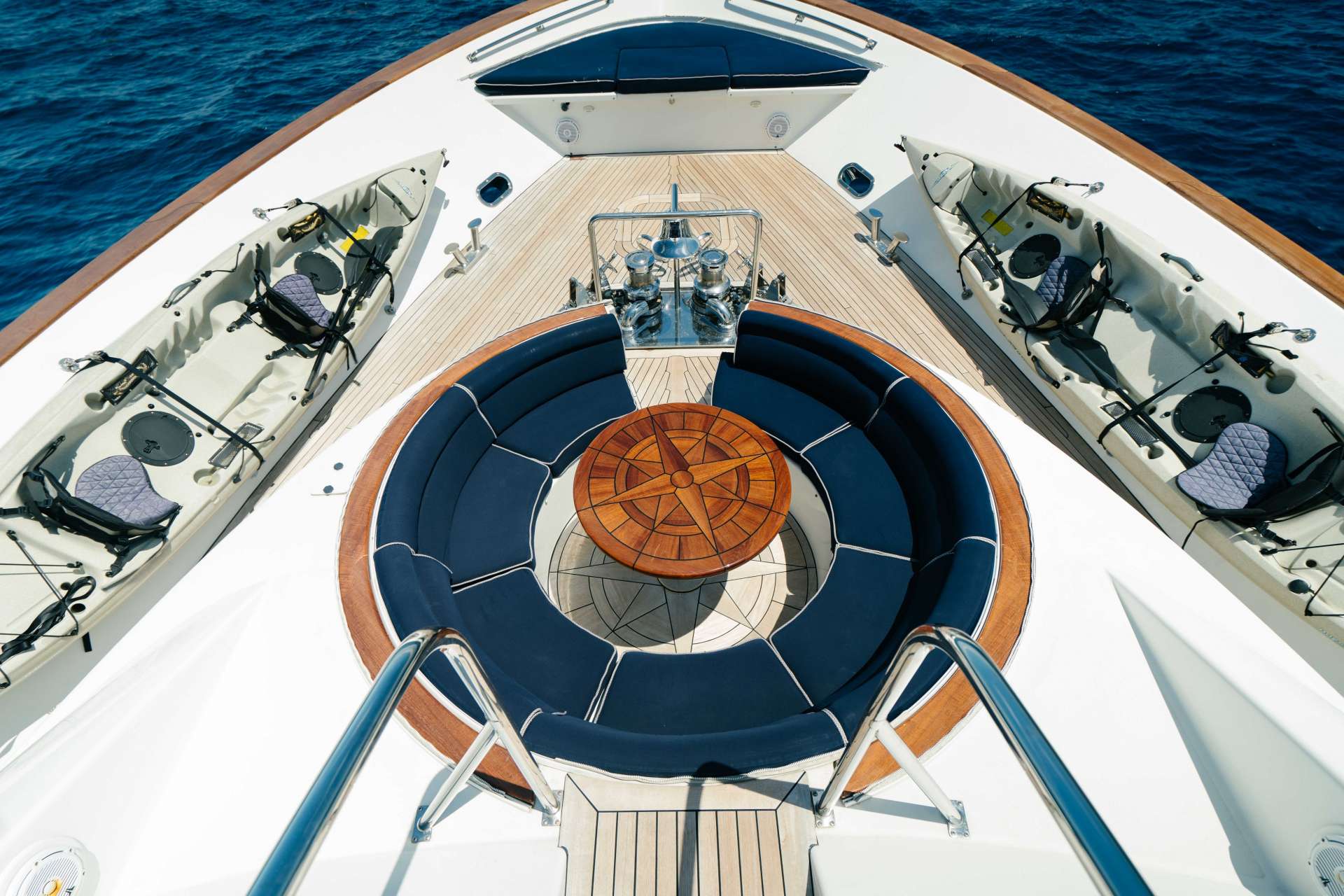 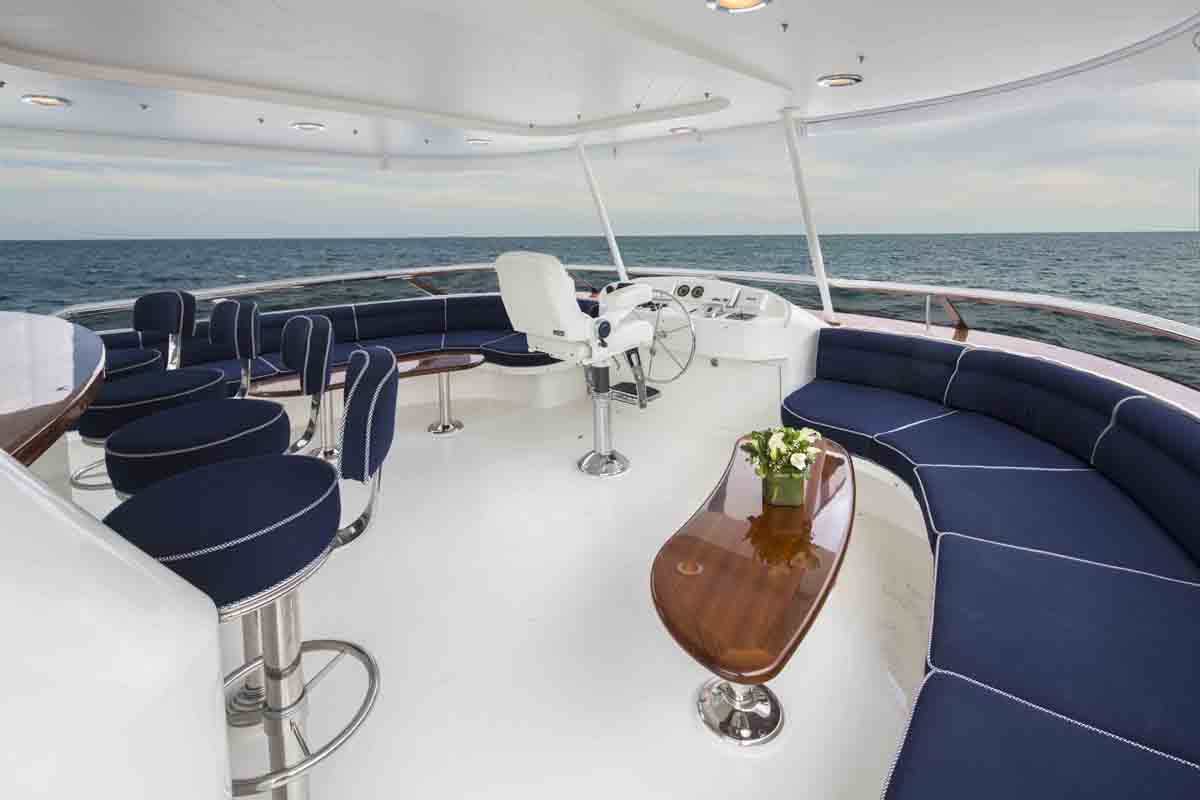 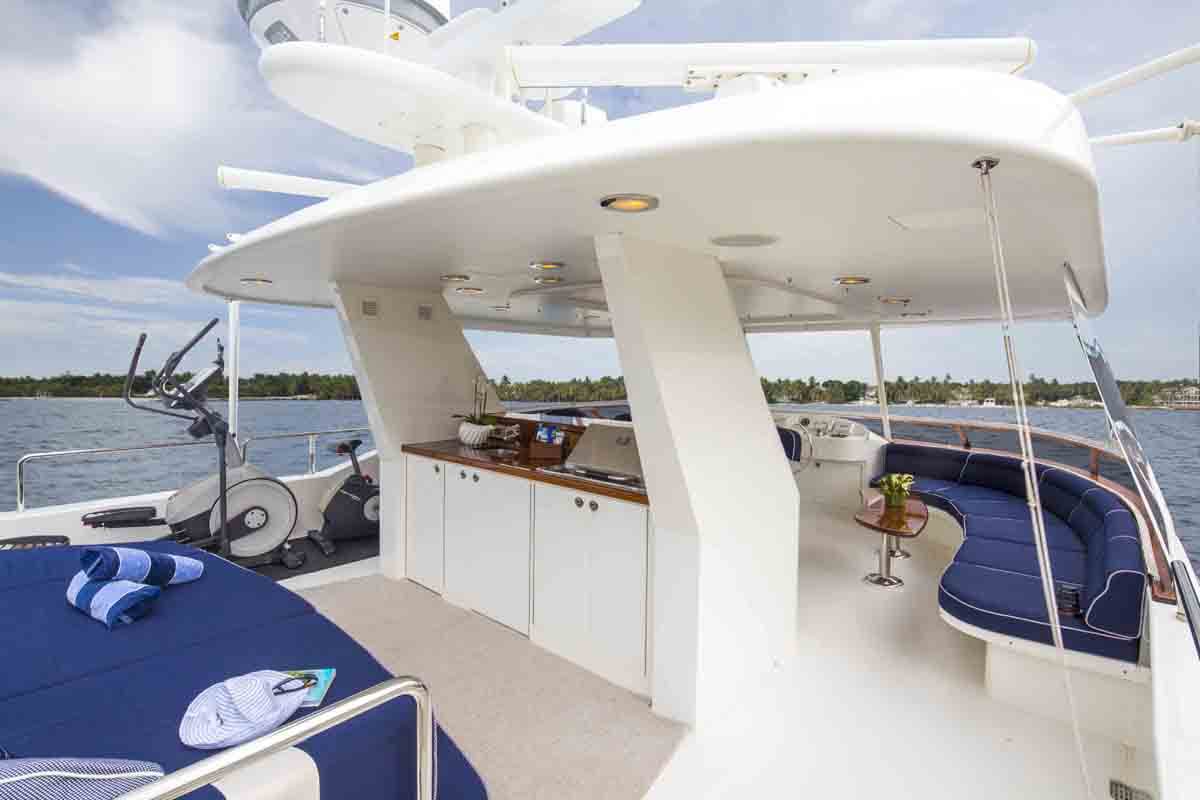 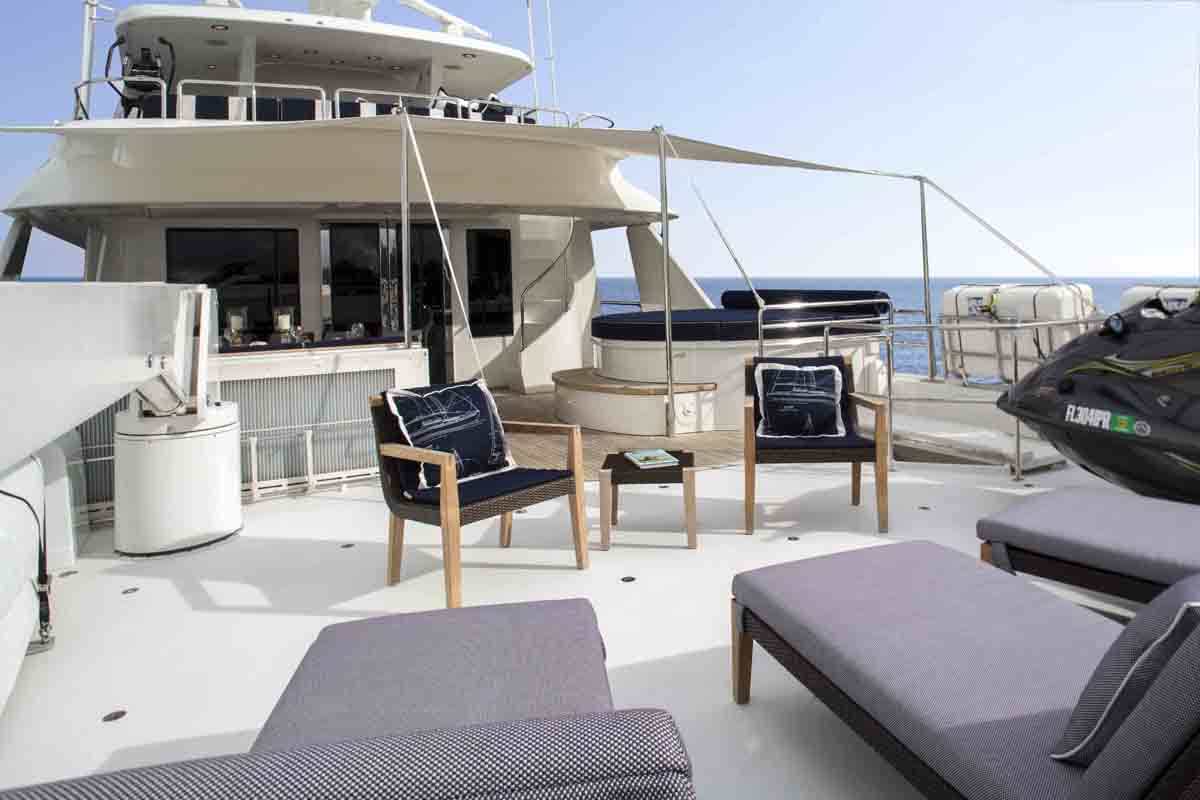 Captain – JD Ducanes
JD obtained his Bachelor of Science degree in Marine Biology from Florida Atlantic University. While attending FAU he became a dive instructor and went on to become a licensed United States Coast Guard Captain on a dive charter vessel out of Boca Raton. His natural progression into yachts began in the Caribbean in the early 1990’s. In 1993, he became the project manager and Captain for a 105ft motor yacht built at Broward Marine in Ft Lauderdale, FL and remained Captain over the following four years. JD has been a project manager on four new yacht build projects and continues to manage vessels for clients. He has traveled extensively covering the Caribbean, Bahamas, East and West Coast of the US, Central America, British Columbia, Alaska and the Mediterranean. He is always excited to share his passion for the sea and warmly welcomes you aboard “Plan A”.

Chief Stewardess – Nikola Cowie
With roots that stretch from Cape Town, South Africa to Sunny San Diego, California, Nikola has grown up amidst two vibrant cultures. An early love and fascination of people, diversity and travel prompted her to study a BA degree, majoring in Psychology and Sociology. Surrounded by the beautiful and internationally renowned vineyards of Stellenbosch University, Nikola developed a passion for food, wine and the hospitality industry. An avid streak for adventure saw her set sail for the seas where she found her course in yachting. Here, she tackles obstacles with little fear and eagerly embraces every experience as one in which to strengthen and grow. Nikola loves to keep fit and endure everything that life has to offer. Her ultimate goal is to deliver the highest quality of service and to ensure that your stay on board is not only excellent but unforgettable.

Chef – Nicholas Hedemann
Nicholas is well versed in global flavors acquired from extensive travel throughout over 30 countries. With 25 years of professional cooking, Nick has run the gamut of positions within the industry, as a hotel chef, executive chef for various restaurants, yacht chef and catering company owner. He has working privately as a freelance private chef throughout the entirety of his career. He began as a specialist in health supportive cuisine working directly with clients to best accommodate their dietary specific needs. He is well-versed in most all popular diets from macrobiotic, herbal enhanced cuisine, vegan, Keto, Paleo, Gluten-free, Celiac etc. as a caterer in wine country of California Nicholas has worked in hundreds of wineries spearheading farm to table events, large weddings, wine pairing dinners and otherwise general events throughout the nation on yachts or abroad. Nicholas enjoys a diverse spectrum of clientele, including celebrities, prominent families, wineries, and health practitioners.

2nd Stewardess – Amber Petroelje
Amber was born and raised on a farm in Holland Michigan where she developed a love for nature and an incredible work ethic. At the age of eighteen she moved to Hawaii to be a nanny and although she only planned on living there for a year, the island life sucked her in and she ended up staying for almost a decade. The ocean became a huge passion of hers and she spent many years working for a nonprofit organization where she was heavily involved in the education department, as well as with the research and conservation of humpback whales, sea turtles, dolphins and the Hawaiian marine life in general. During her time in Hawaii she attained a bachelor’s degree in education and in her spare time she could often be found scuba diving, hiking, camping, or participating in a local triathlon. Over the years Amber has jumped at every opportunity to travel or move to new destinations, some of which include, New Zealand, Uganda, Alaska, Iceland, Europe and South East Asia. Throughout these adventures Amber spent time working at a winery where she was thrilled to gain knowledge and experience in the world of wine. She also spent time working as a barista where she was able to learn the skill of latte art and gain a knowledge of coffee that matched her enthusiasm for it. Yachting has provided her the opportunity to combine her love of high-end hospitality with the adventurous and traveling nature that the industry provides.

First Officer – Lee Couve
Lee is from a small surfer town called Ballito on the North Coast of Durban, South Africa. He studied International Marketing Management after school before starting his yachting career in 2013. Growing up and living on the coast Lee now considers the ocean as his home. He enjoys surfing when the swell is up and fishing on the calmer days.

Deckhand – Richard Le’tang
Richard was born and raised in sunny Durban. From an early age he participated in various sports including surfing, cycling and skateboarding. With a background in hospitality he has been conditioned to liaise with guests and work in demanding environments. He entered the yachting industry in 2017 and has been accumulating knowledge from his fellow team members ever since.