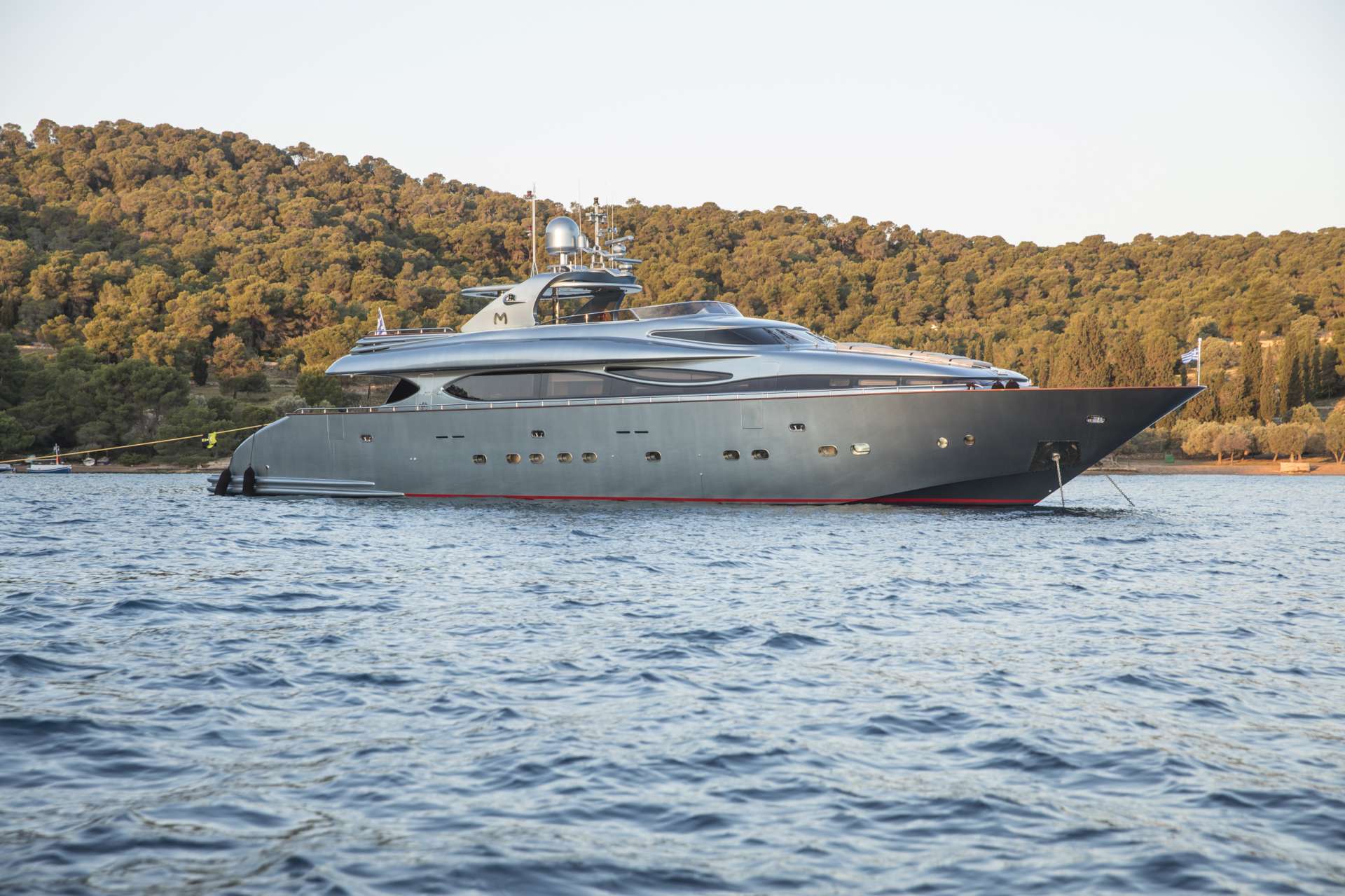 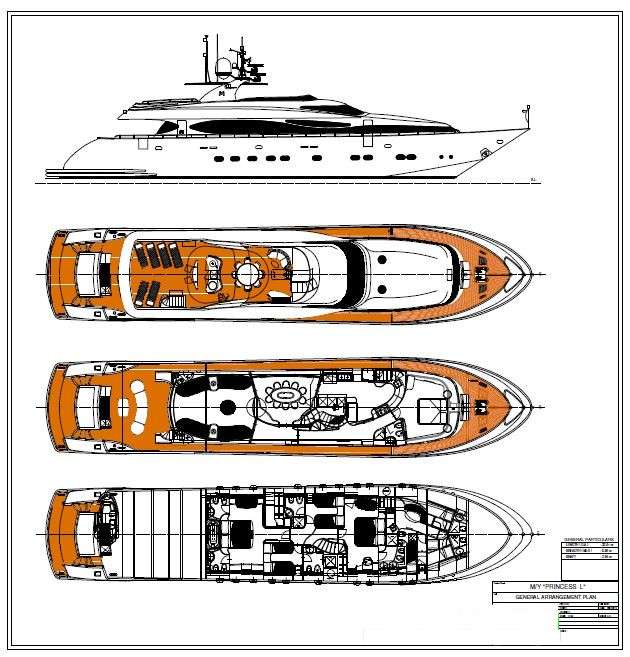 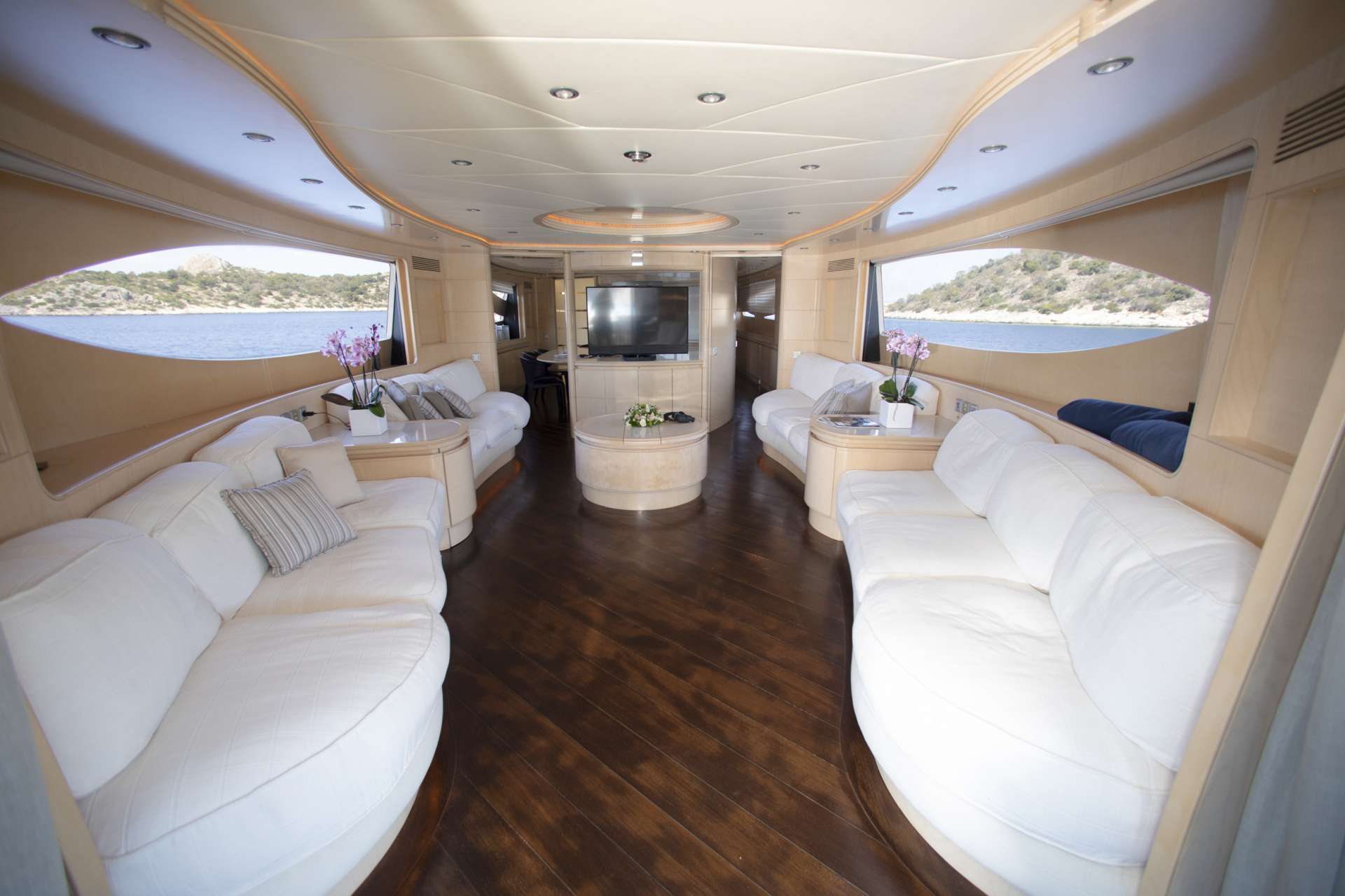 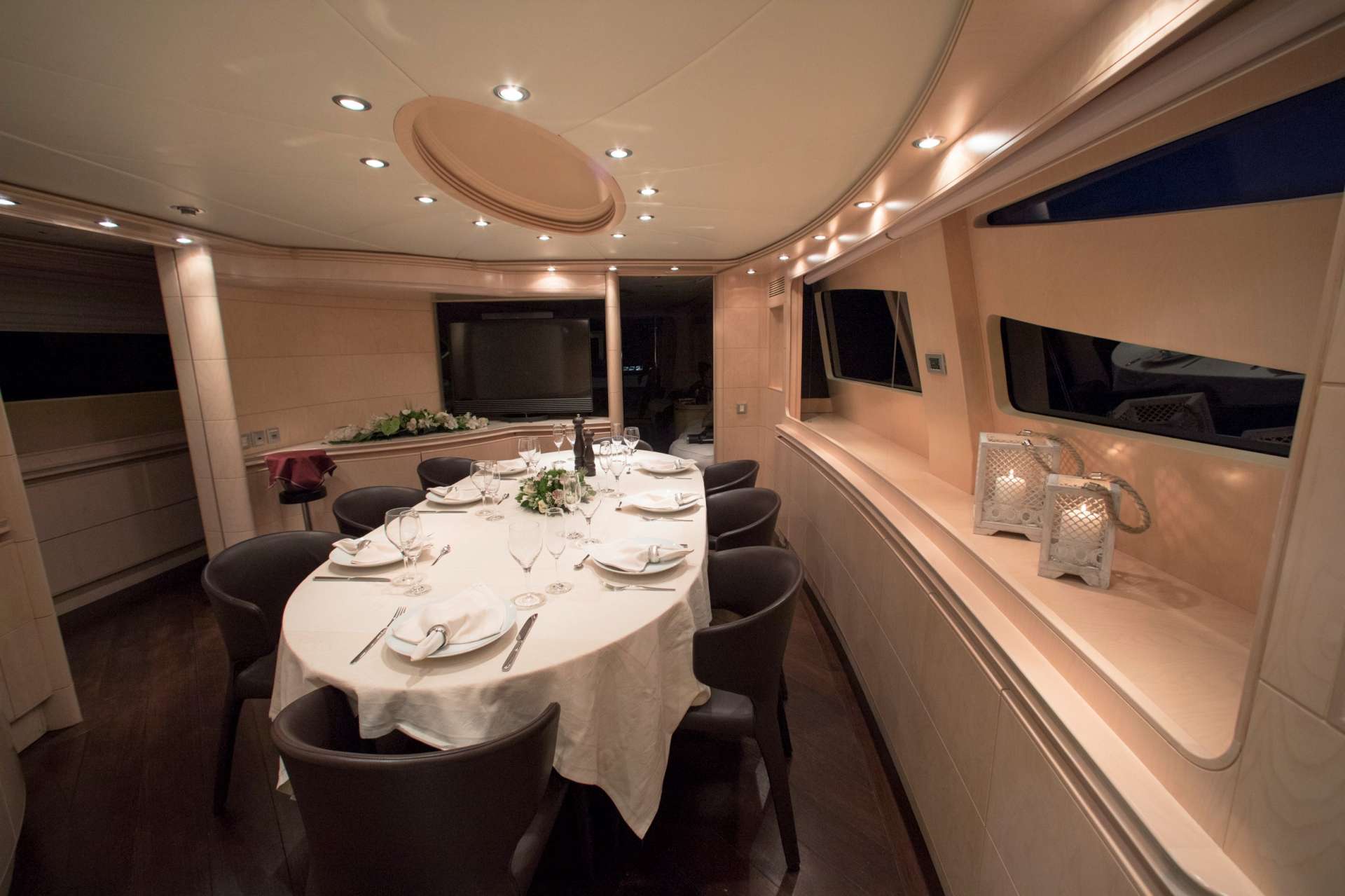 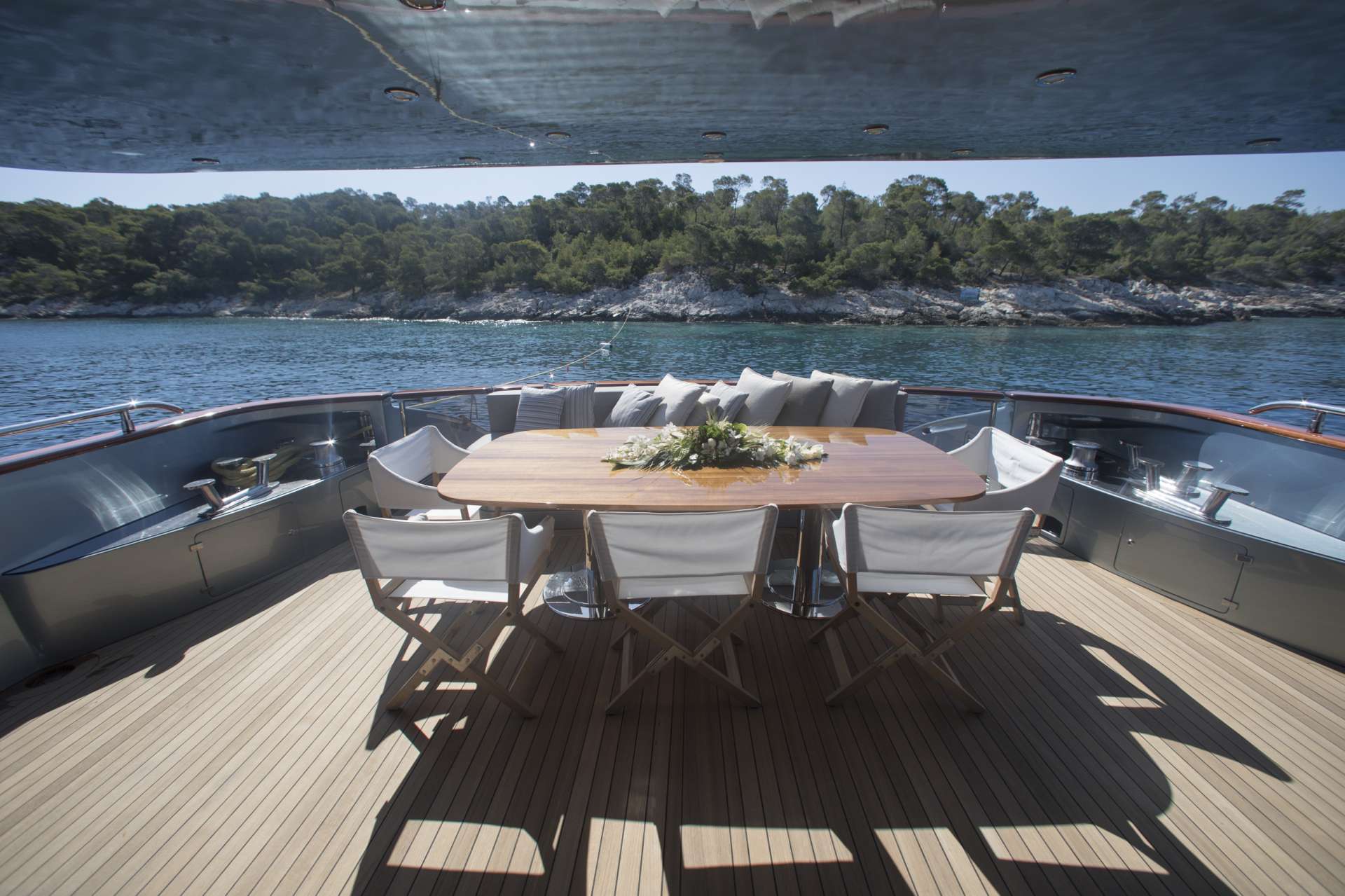 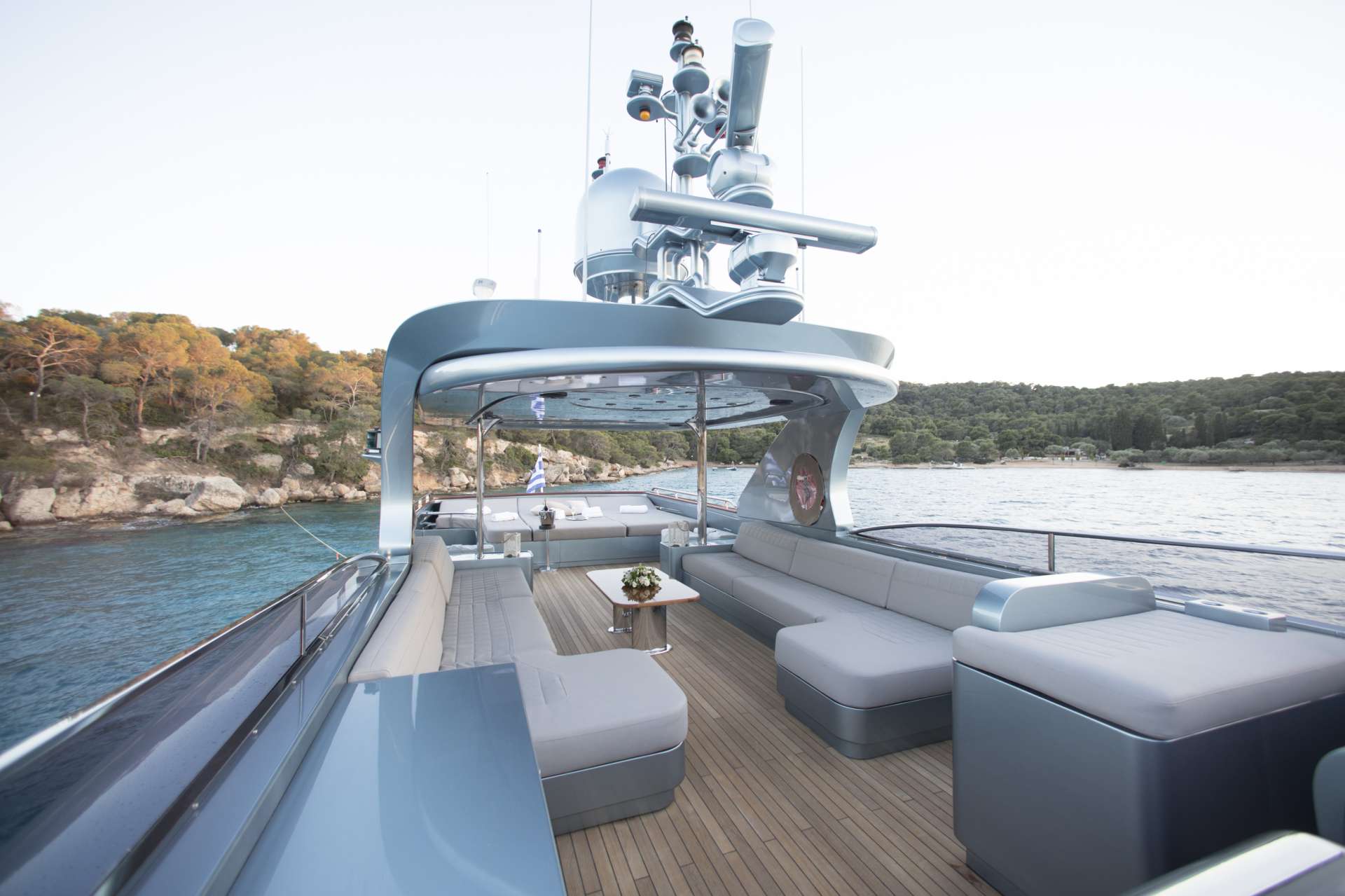 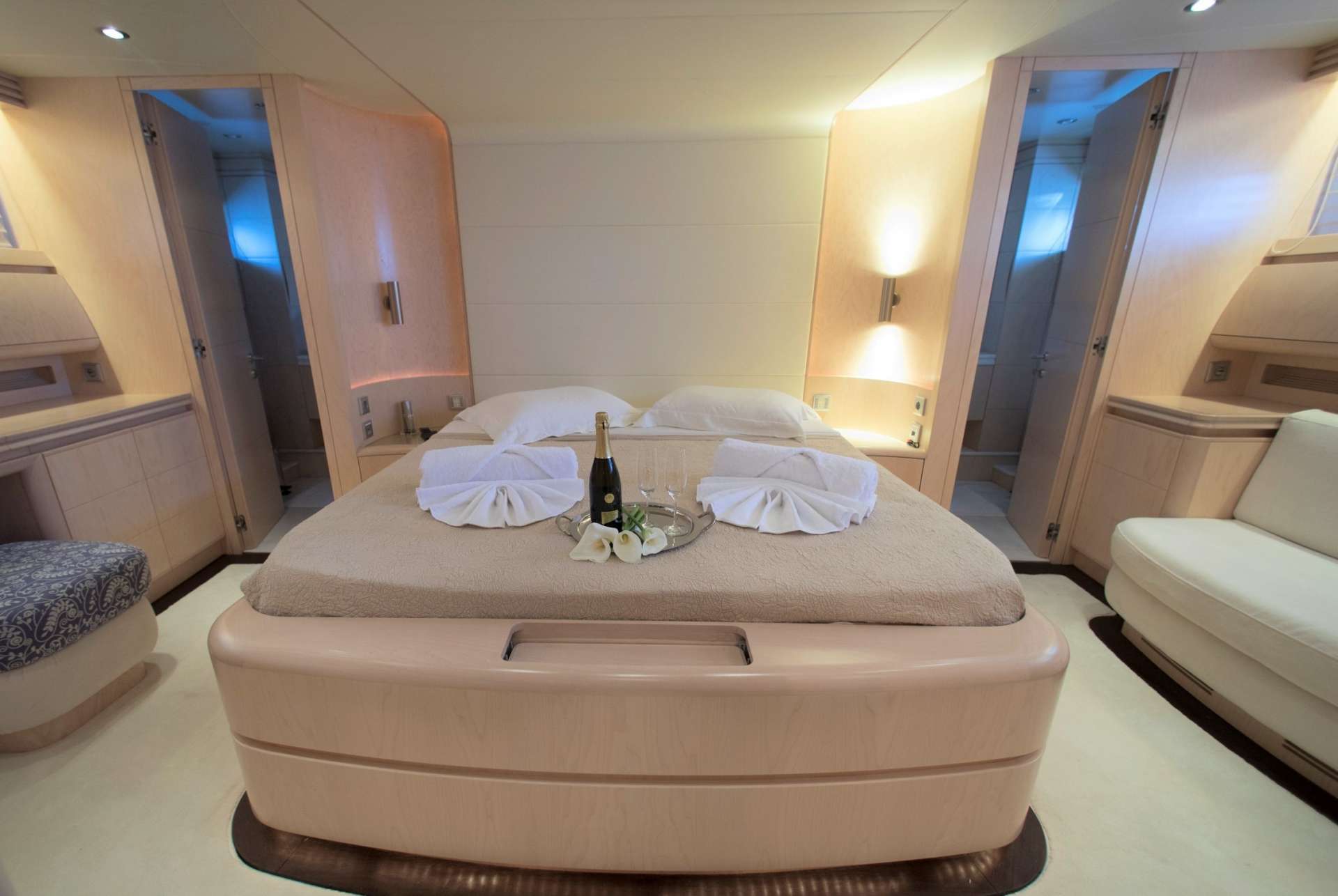 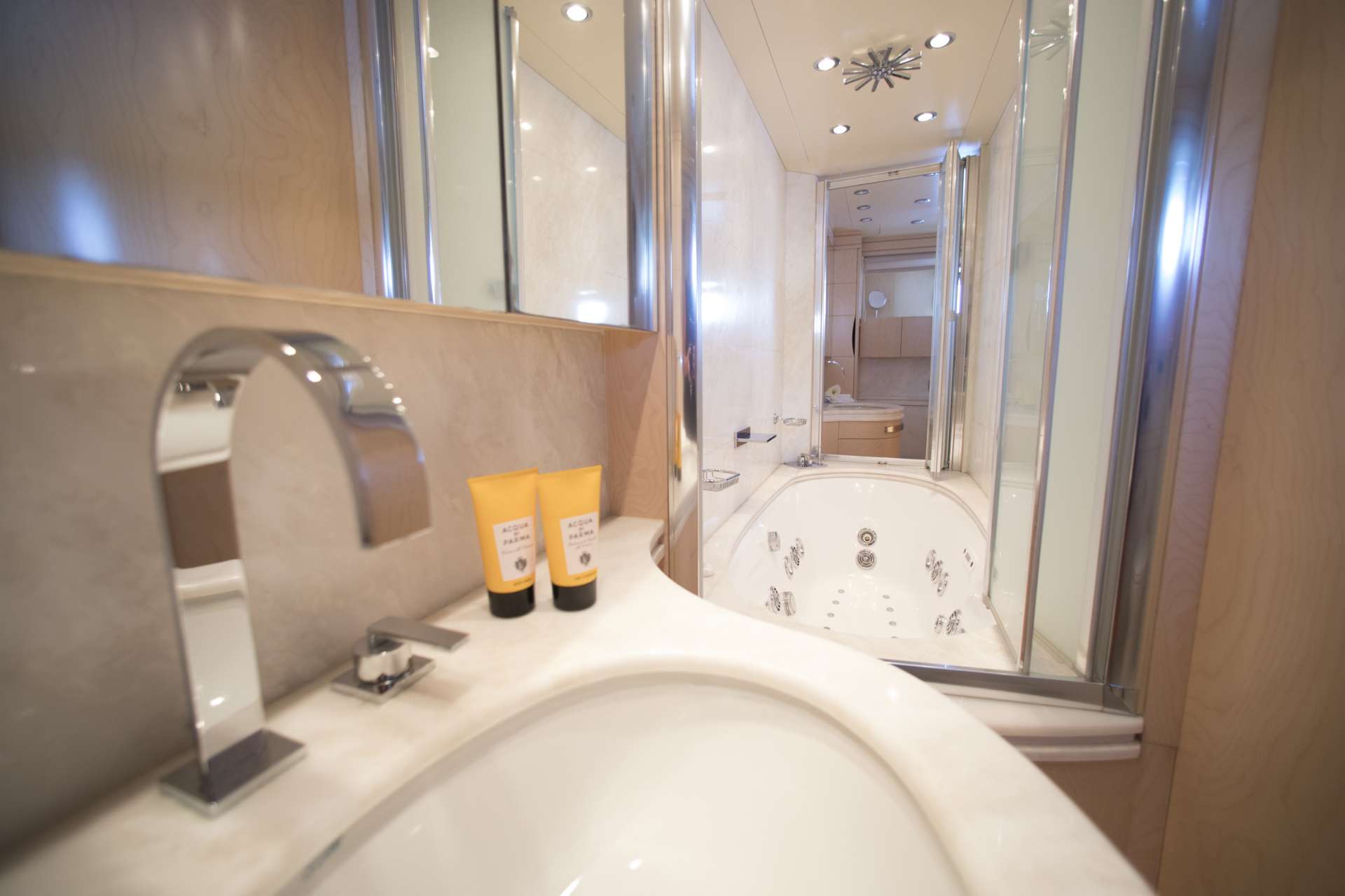 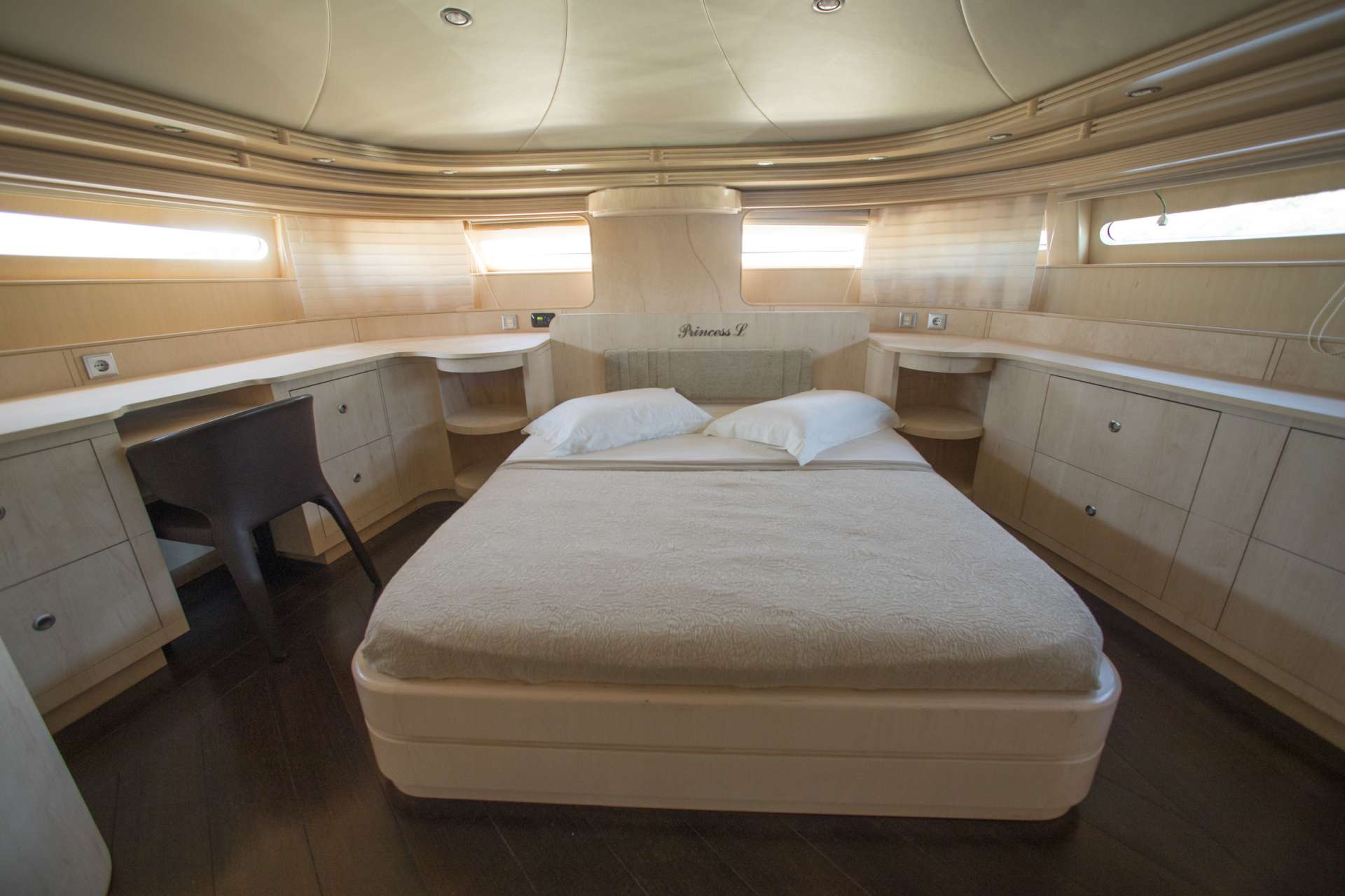 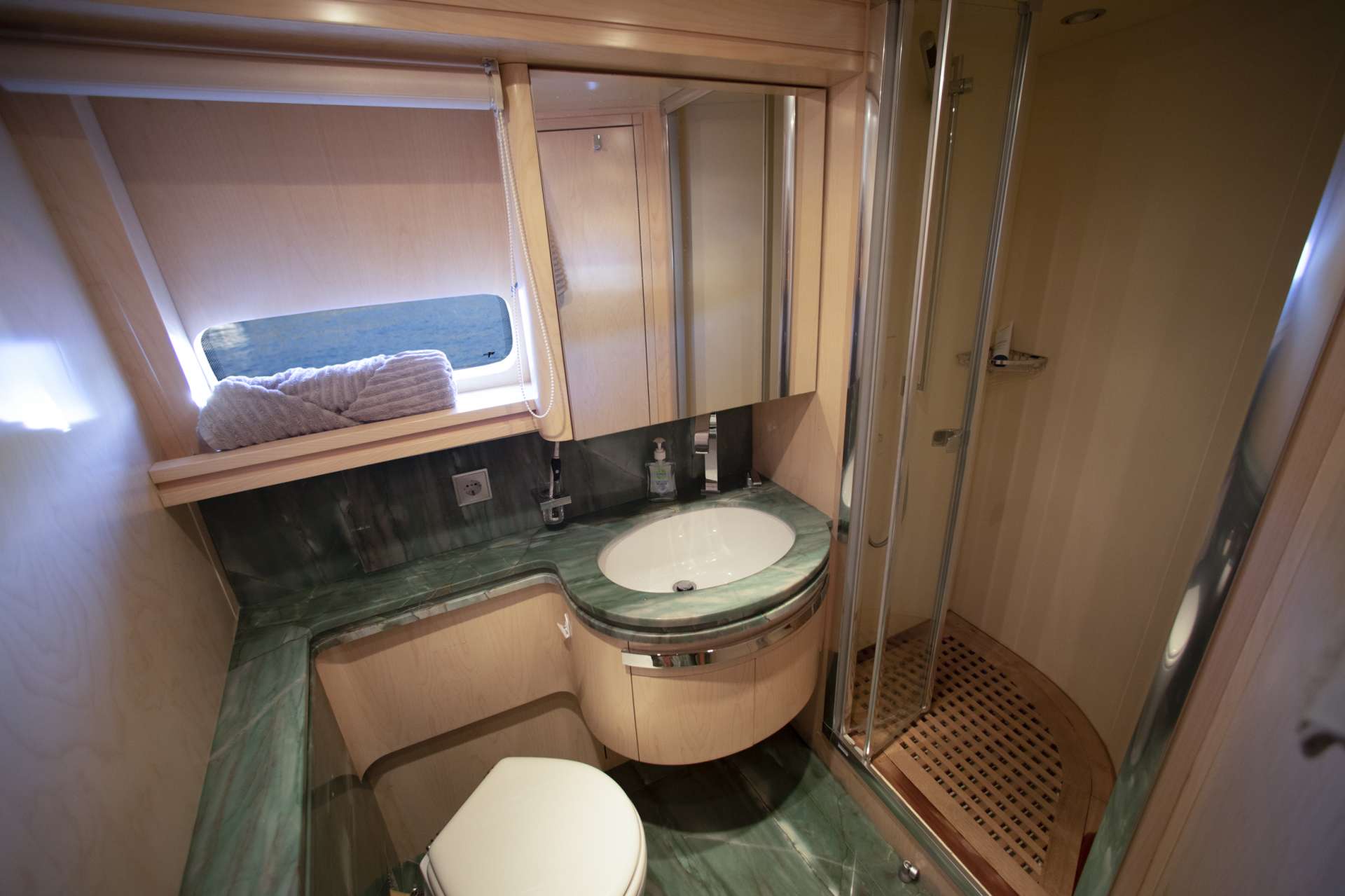 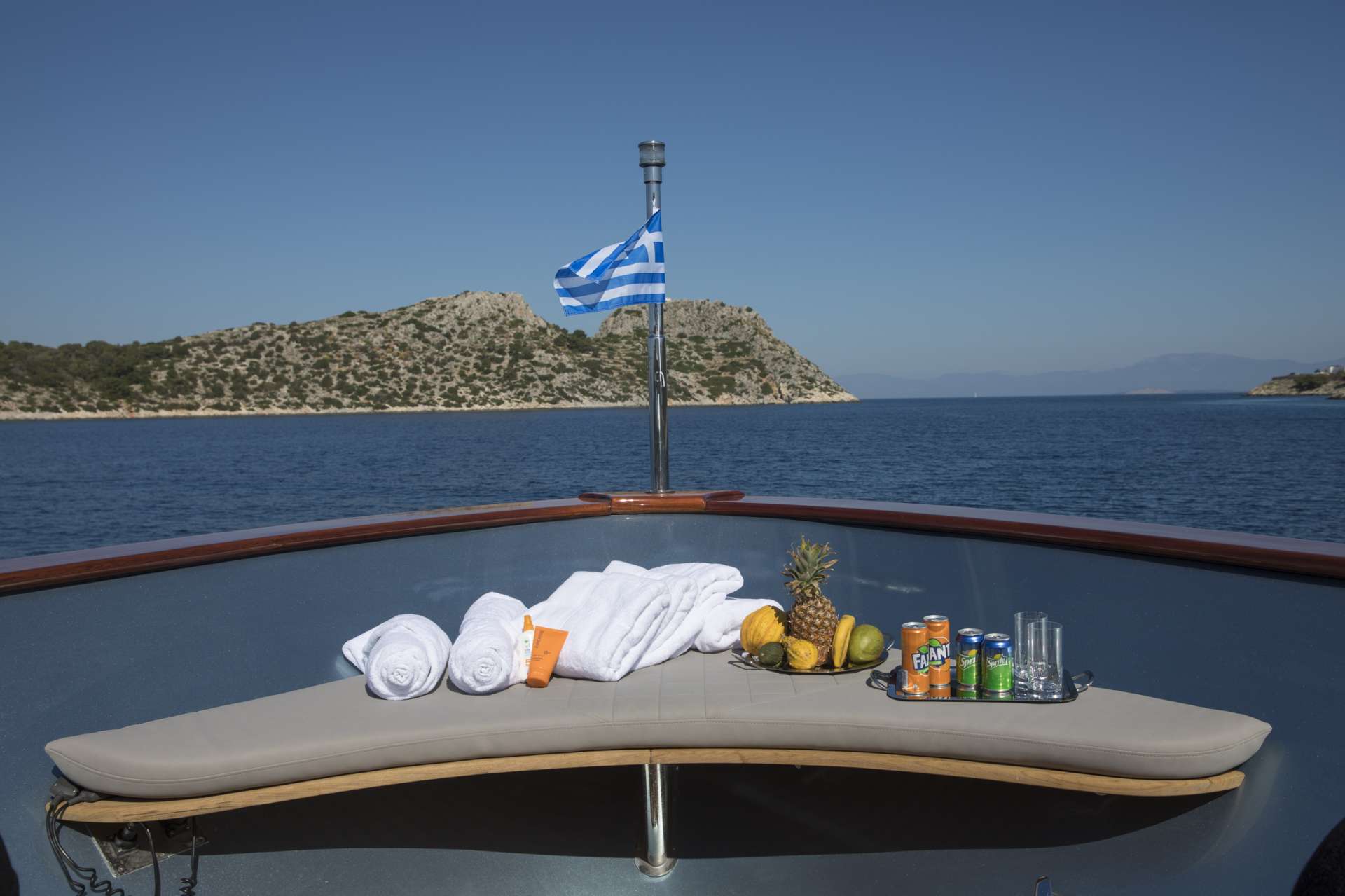 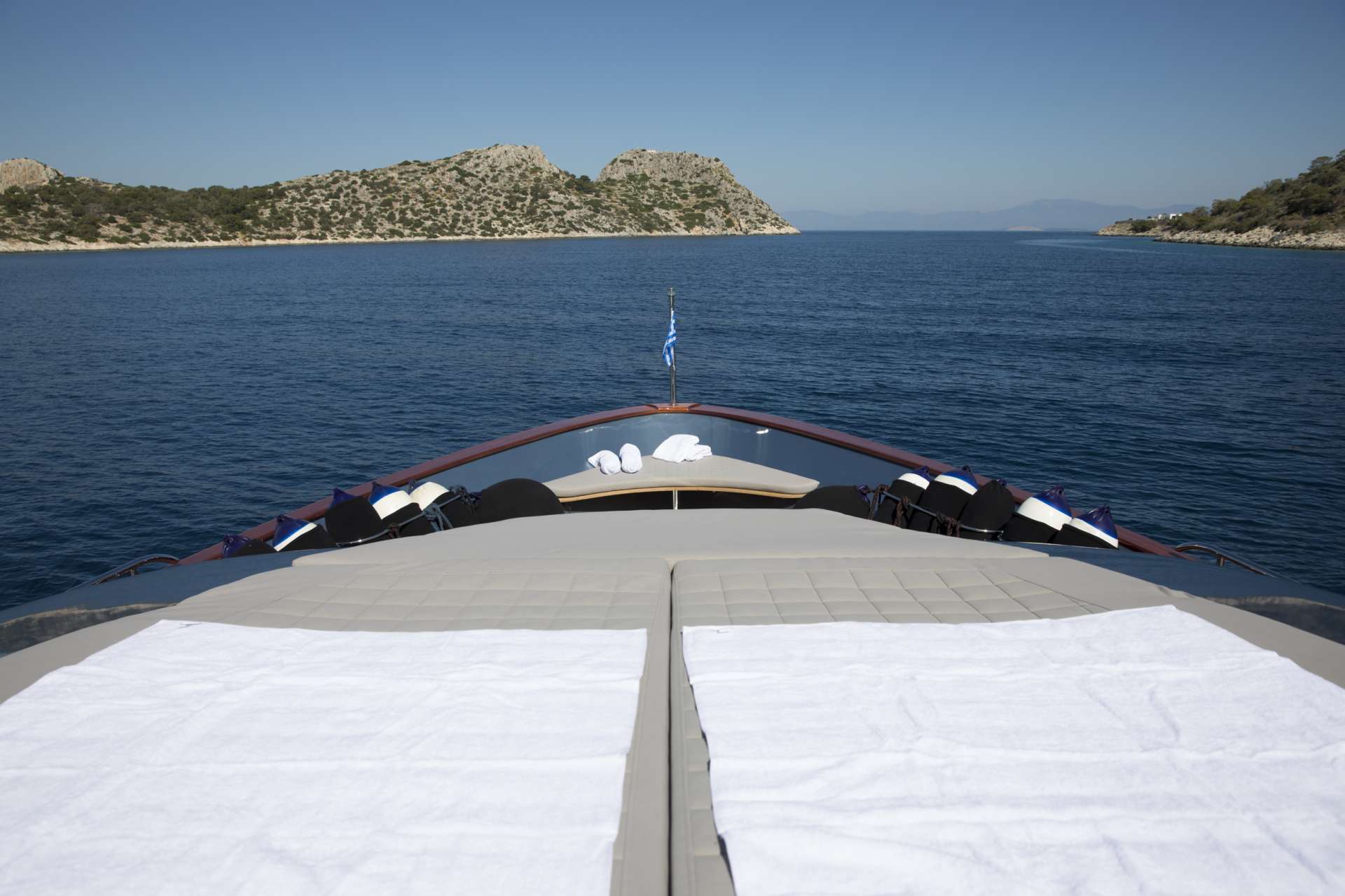 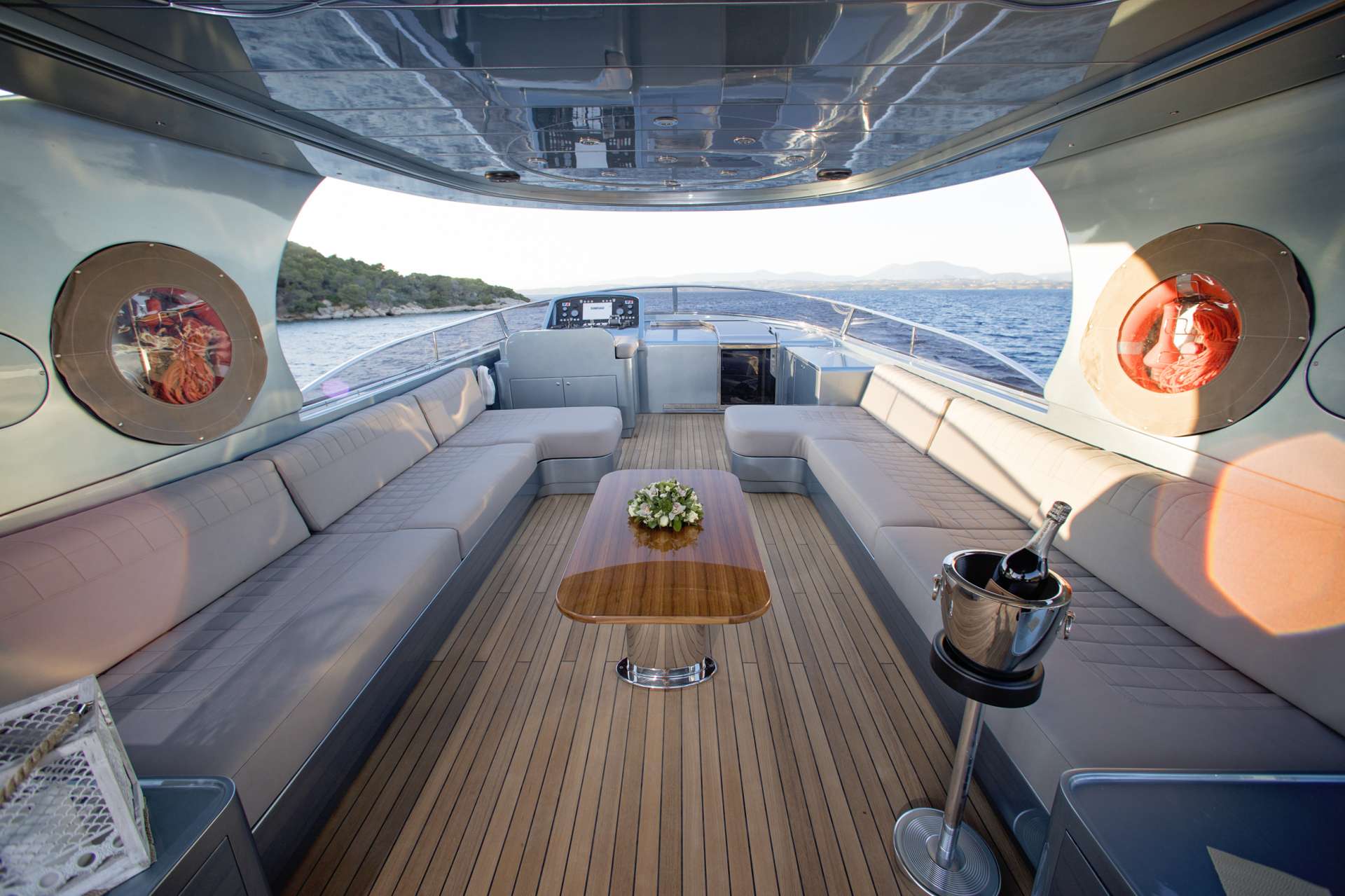 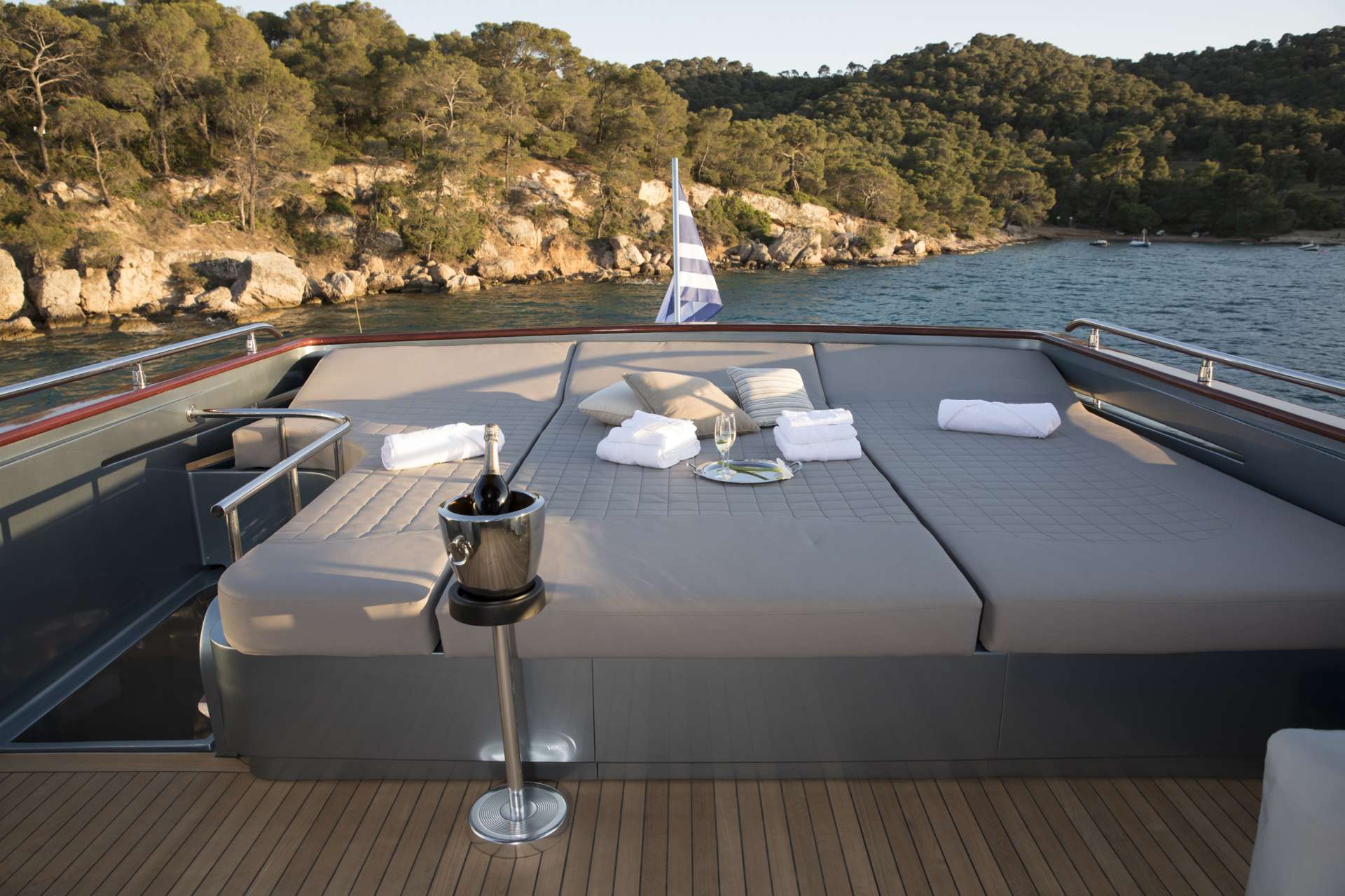 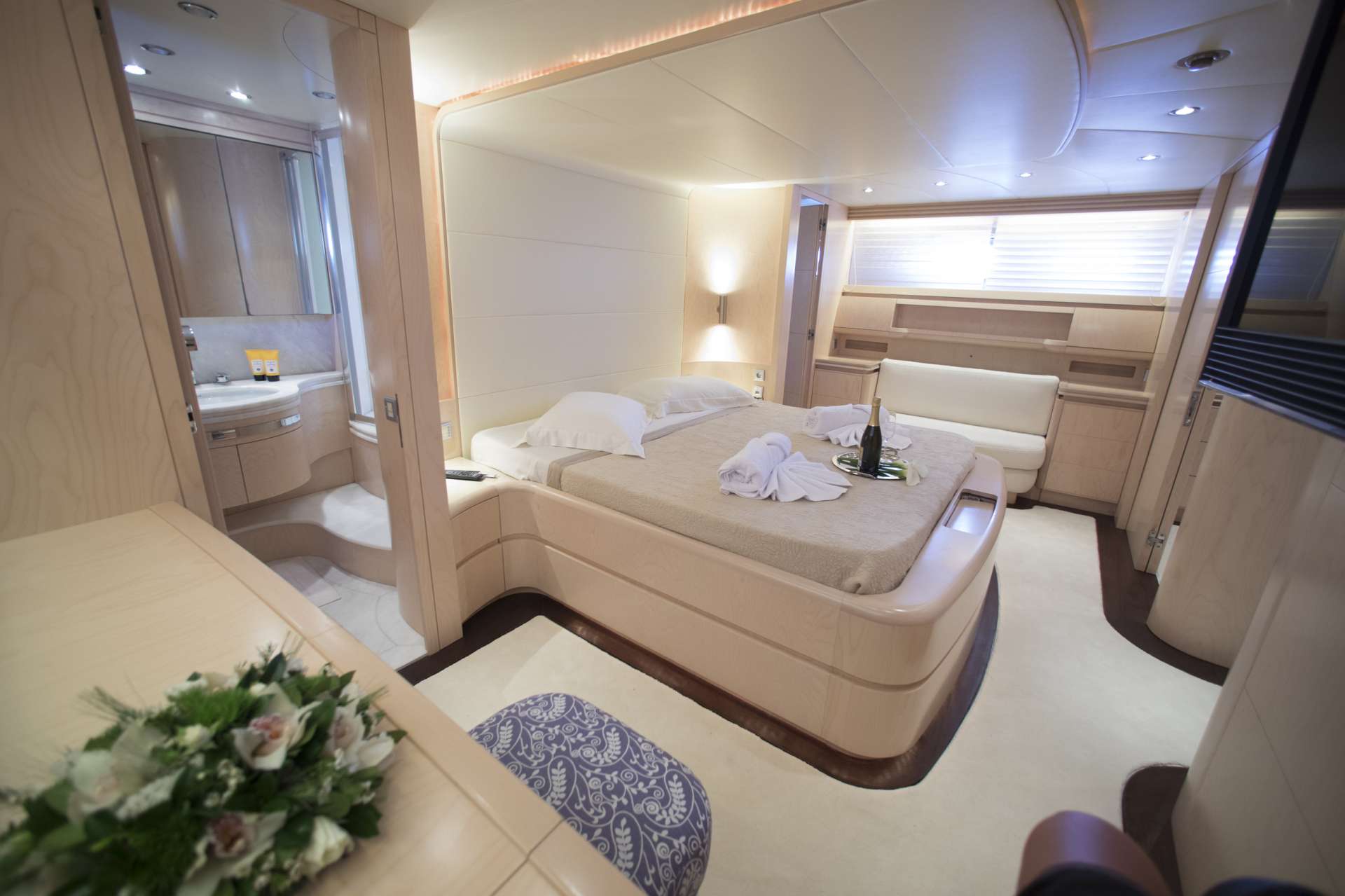 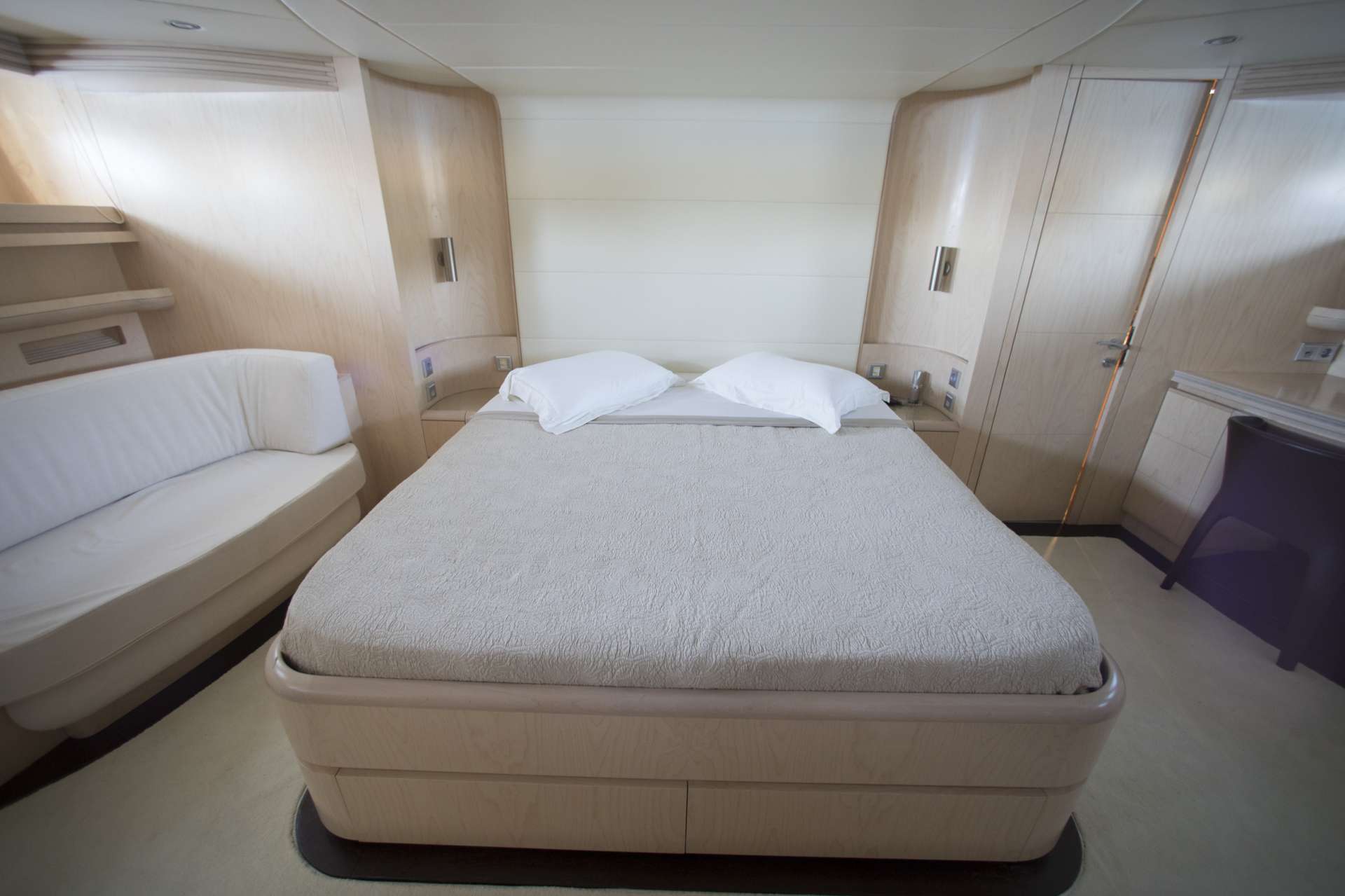 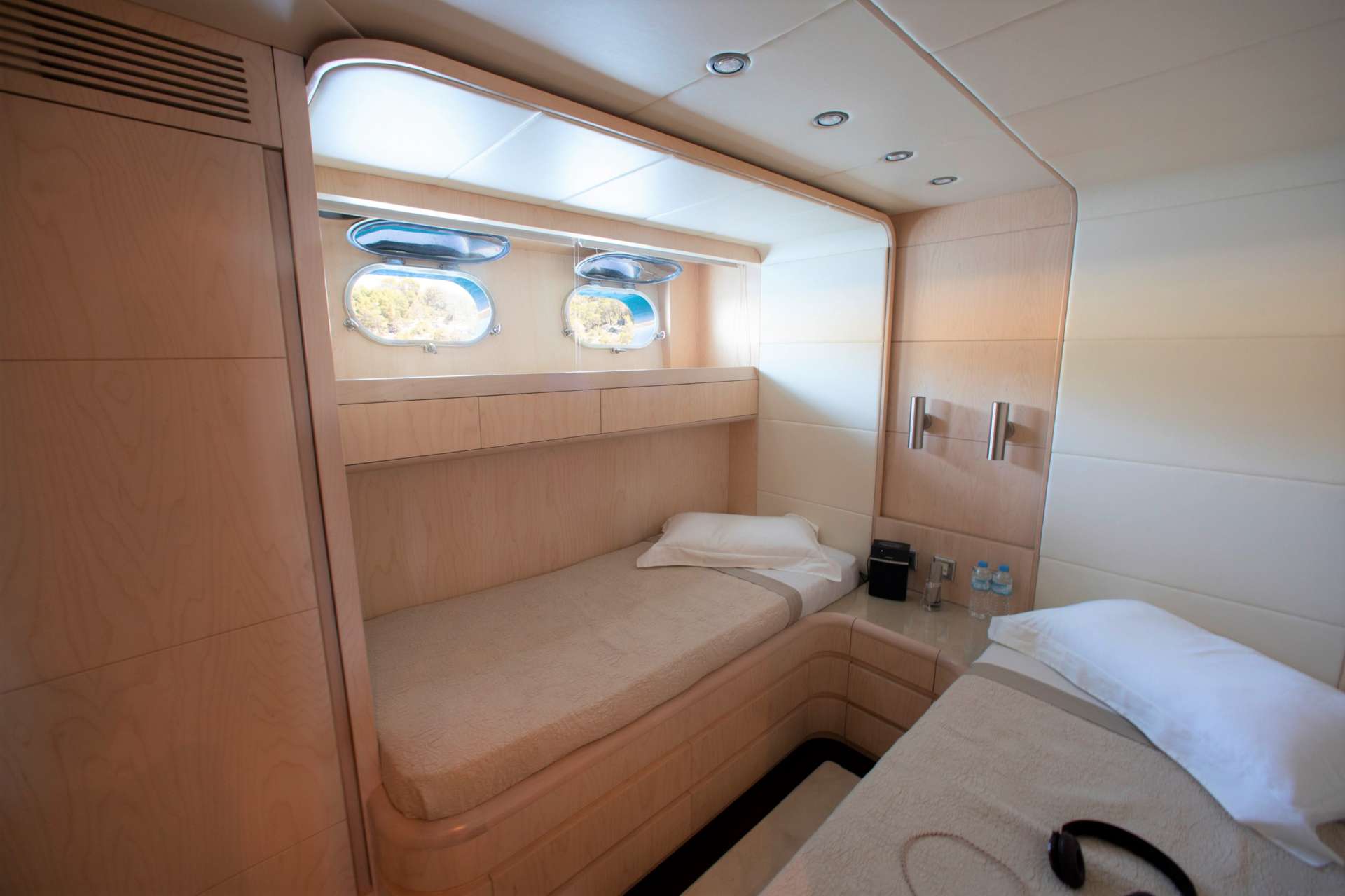 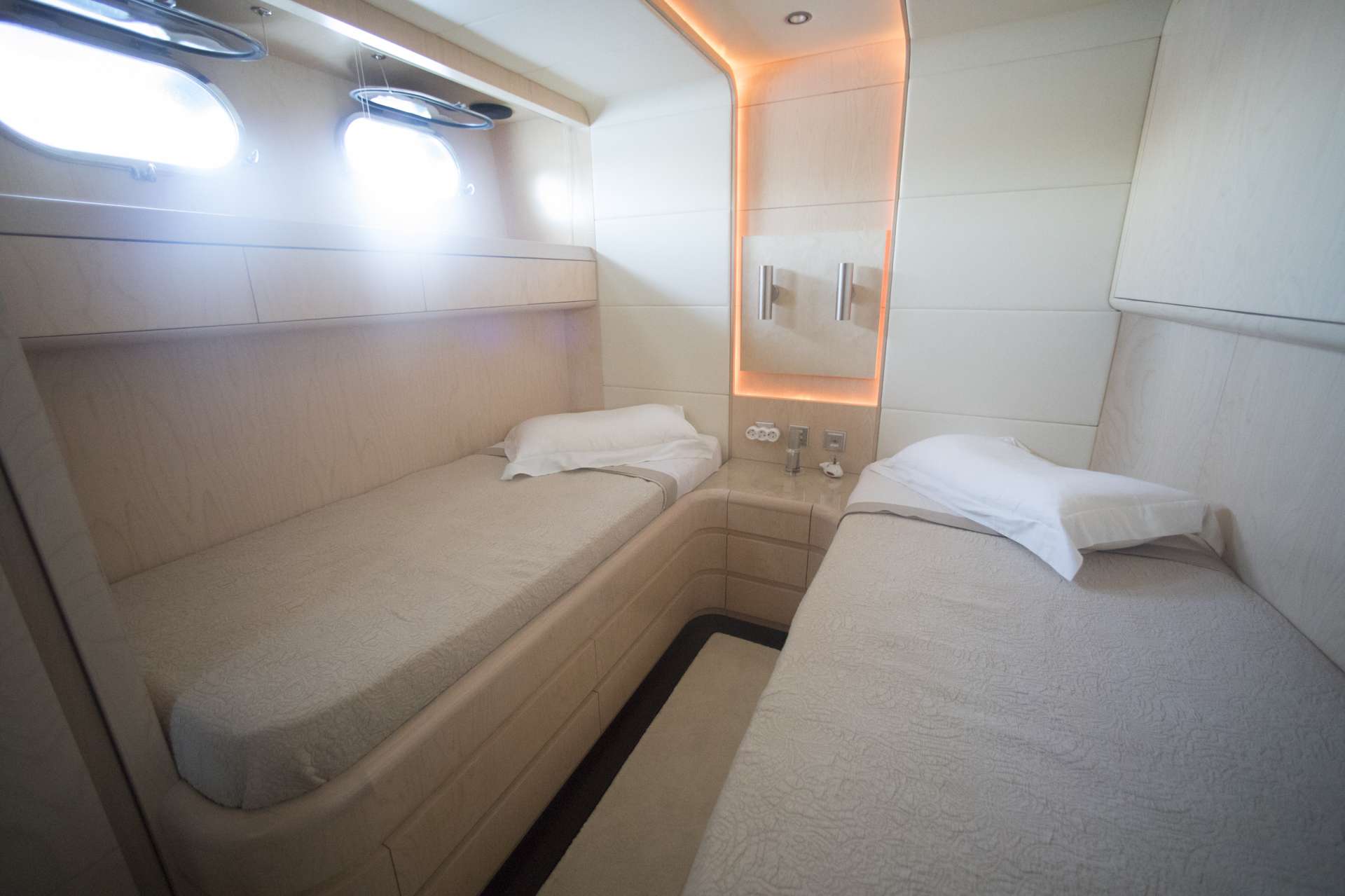 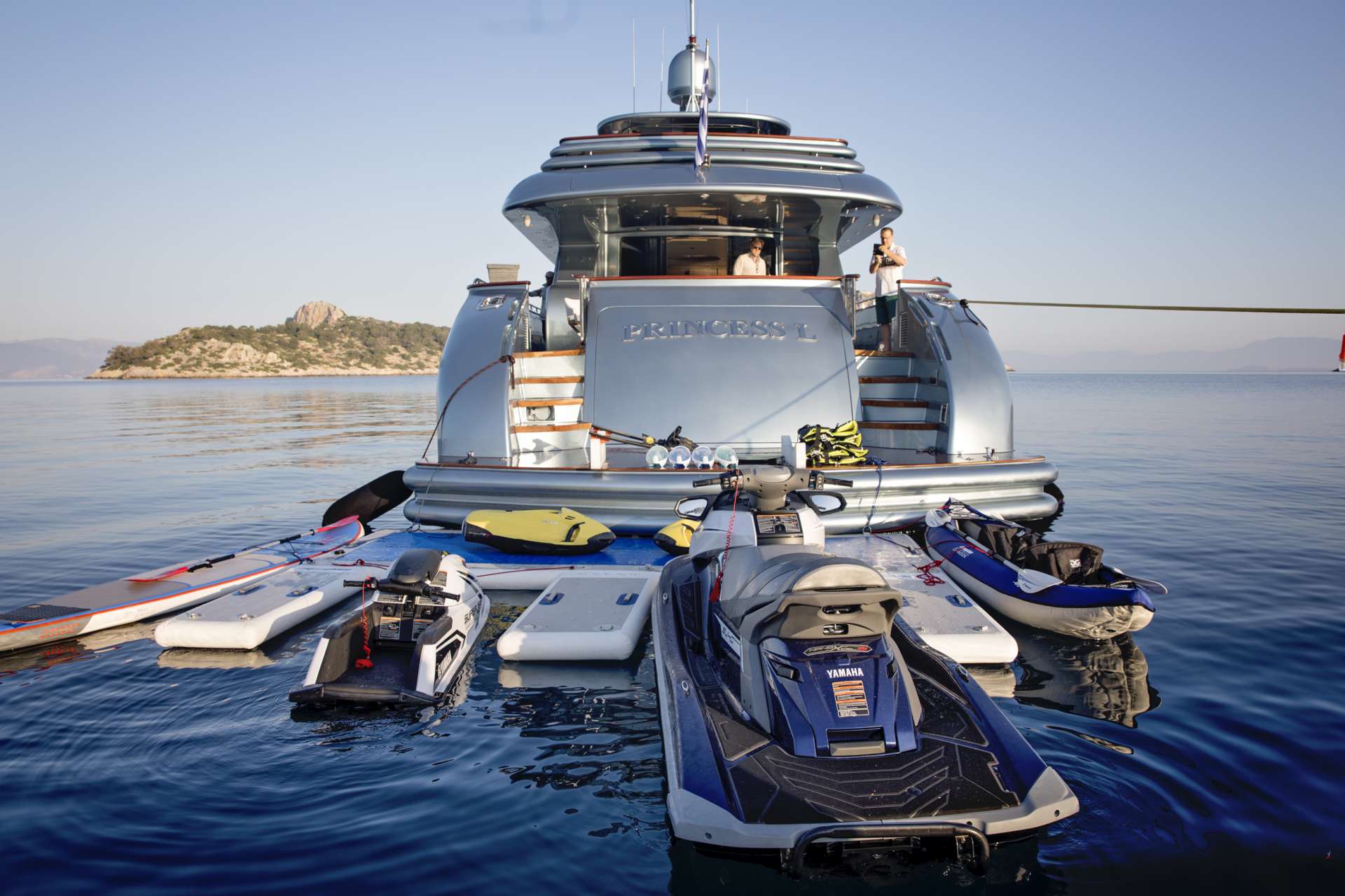 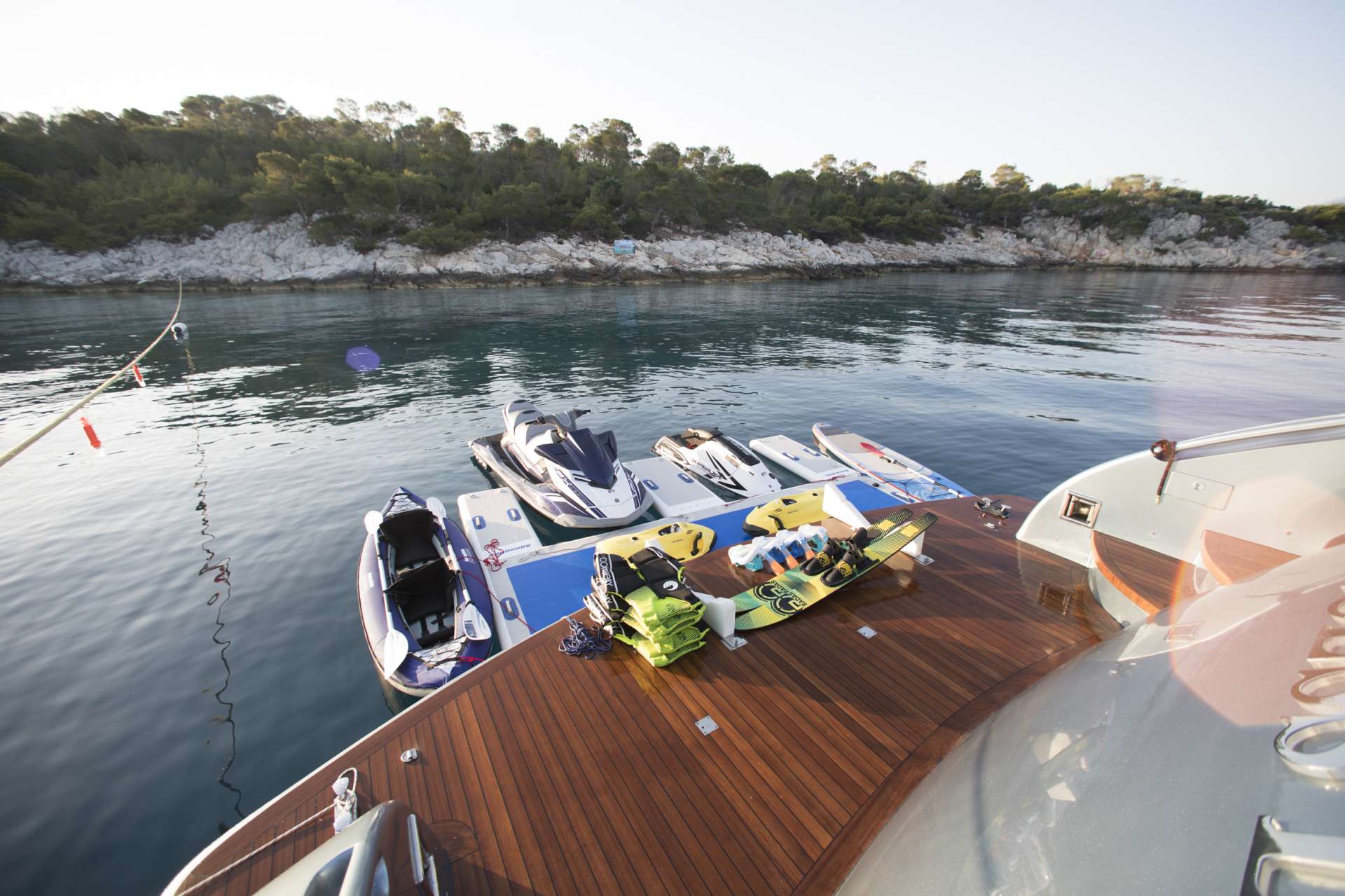 All cabins with en-suite facilities

CAPTAIN – Anastasios (Tasos) Katsaneas (Greek)
Captain Tasos was born in 1977. He was raised from his early childhood onboard his father’s fishing boat, so his life was soon attached to the sea. He has graduated from the Hellenic Merchant Marine Academy and served in passenger ships along the Aegean Sea reaching the staff captains rank, giving him high level of experience, not only in navigation but in the general operation of ships as well. Captain Tasos holds certificates for first aid, passenger safety, security officer and lifesaving. His rich experience led him to continue his career in the yachting industry serving onboard numerous mega yachts as chief officer and then as a captain in pleasure yachts along the Aegean and Ionian seas. As a person, he is confident, disciplined, honest and hard-working. He works closely with his guests to satisfy all of their needs and requirements and to provide enjoyable experiences onboard with great attention to detail. He speaks Greek and English fluently.

CHIEF ENGINEER – Spiros Petrisis (Greek)
Spiros was born in 1979 in Athens. He graduated from the Department of Mechanical & Engineering of Hellenic Merchant Marine Academy in 2001 and he holds the A Diploma in Marine Engineering. Spiros having been in the yachting industry for the last 10 years, brings a great deal of experience and knowledge to the team. Before joining the yachting industry, he was working onboard different types of ships, from tankers to passenger ships, as a Second, First and even a Head Chief Engineer for a worldwide cargo shipping company. He is polite, willing to offer assistance with deck activities and can help with all water sports onboard. He speaks Greek and English.

CHEF – John Kypriotis (Greek)
Chef John was born in 1976 in Athens and in early 90s graduated from the School of Tourism in Thessaloniki. As he originates from a country where food is a cultural thing, he decided to get involved professionally with cooking and become a successful chef. He has worked as a chef in restaurants and hotels in Santorini, Mykonos and Paros and lived and worked for one year in Switzerland. The last four years he works in the yachting industry and the last three onboard Princess L. His target has always been the experience within the whole spectrum of contemporary Greek and Mediterranean cuisine. He will take impeccable care of the guests by preparing the exact menus they have in mind. He speaks Greek and English.

CHIEF STEWARDESS – Maria Savin (Romanian)
Maria was born in 1972. She graduated from the College of Chemical Biology in Romania and attended a Nutrition course in Athens. She counts over seven years of experience in the yachting industry. Maria is a capable person with high sense of responsibility and awareness. She is a reliable member of Princess L team and takes pride in providing excellent service to everyone onboard. She speaks Greek, Romanian, Moldovan and English.

STEWARD – Michael Curada (Filipino)
Michael was born in 1966 and has successfully graduated from the Department of Science in Marine Transportation. He is licensed in Officer in-charge of navigation watch and holds a Diploma in Operation of a vessel. He has also completed all safety training. Michael has a strong background in yachting as a deckhand and cabin steward. He will assist the guests with a big smile on his face and will make sure they feel comfortable onboard Princess L. He speaks Greek and English.

DECKHAND – Michalis Laloudakis (Greek)
Michalis was born in 1967 in Athens, has graduated from the Marine School of Athens as a seaman and has completed all safety training. He has a strong background in yachting as a deckhand and boatswain. Michalis has a high sense of responsibility and awareness and he will be there to assist wherever needed. He speaks Greek and English.