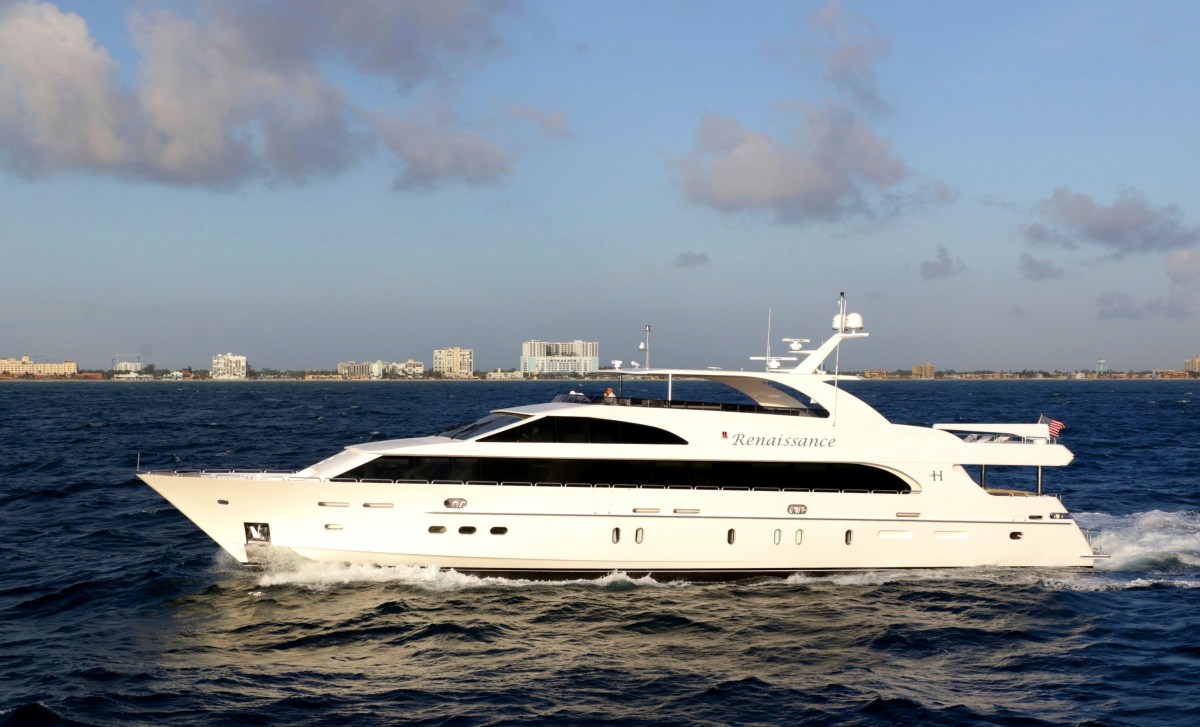 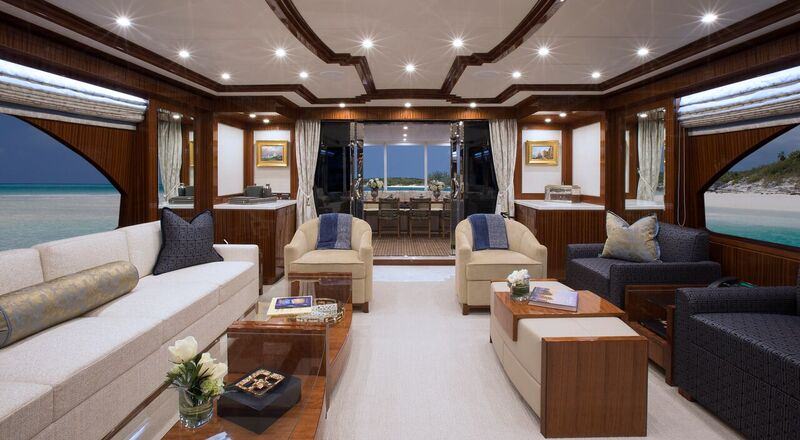 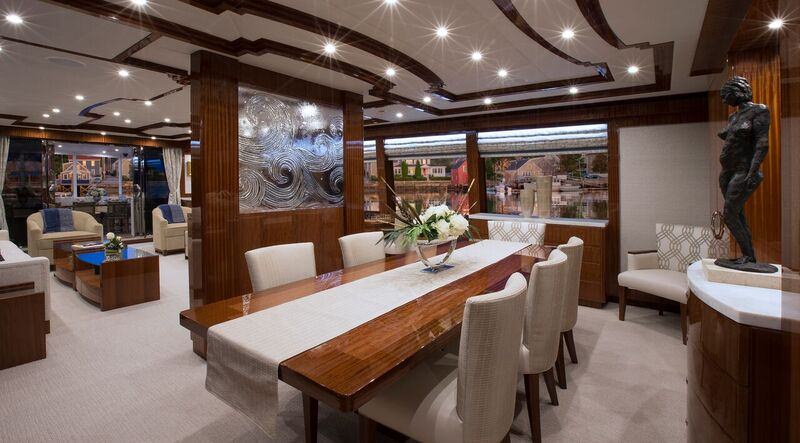 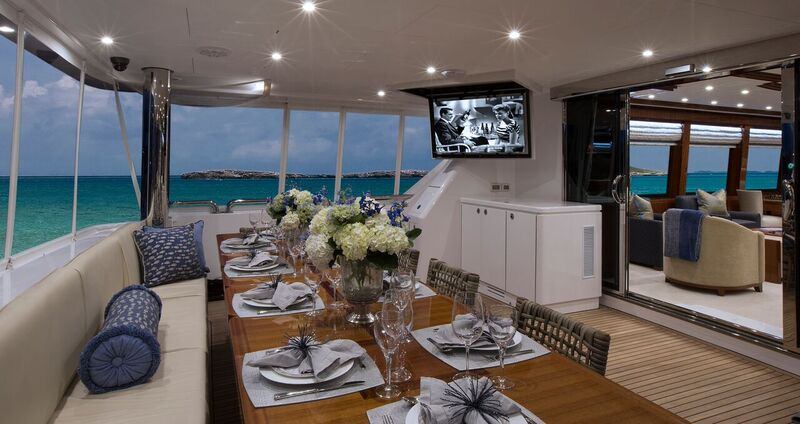 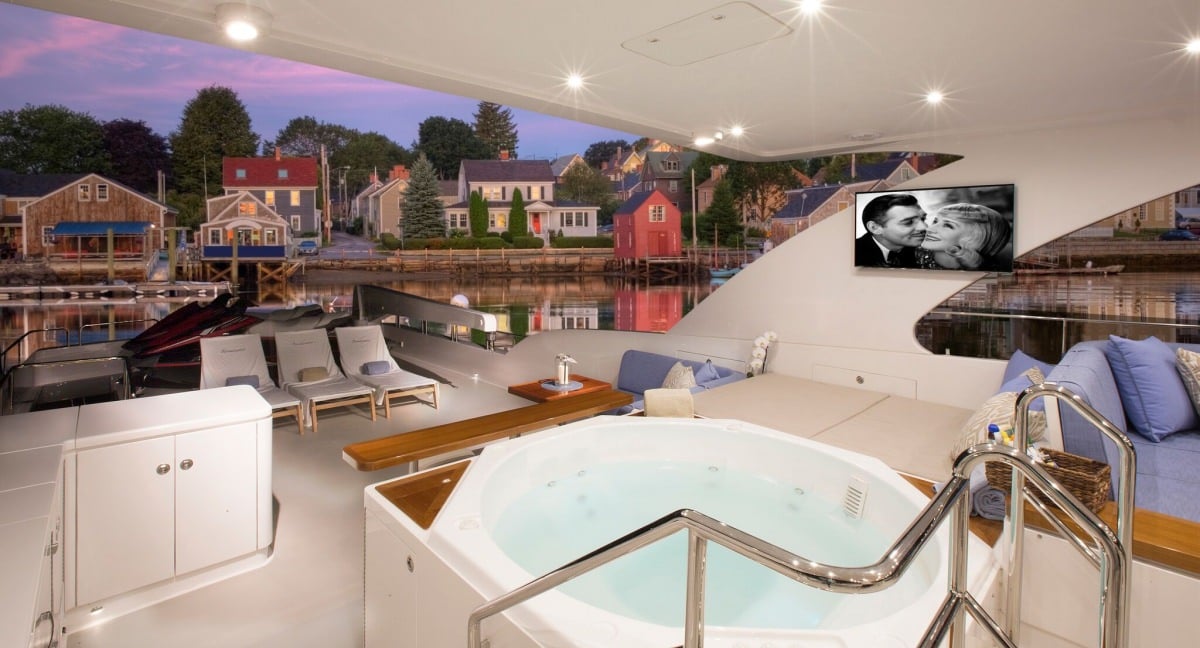 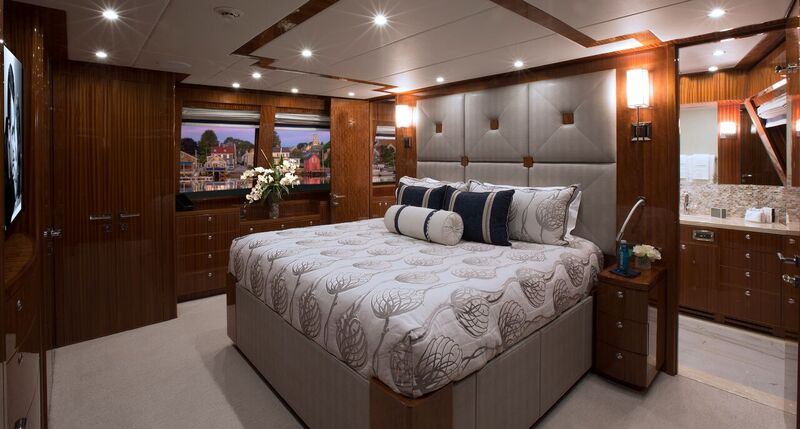 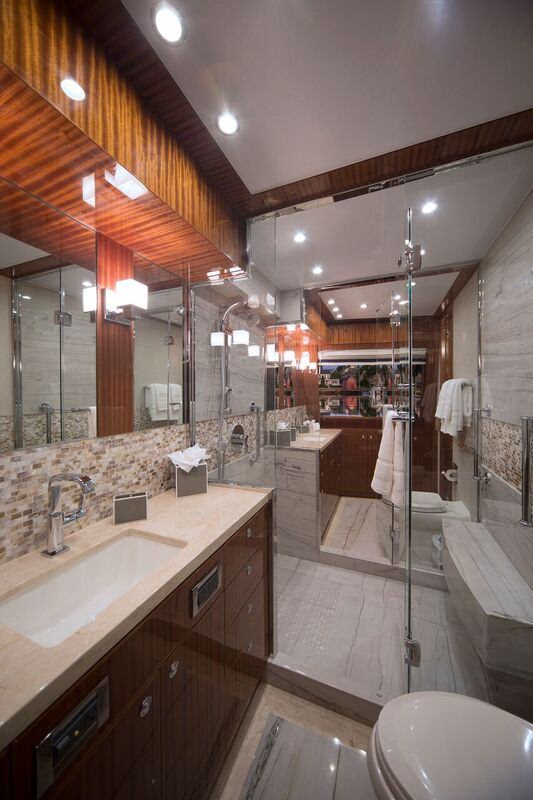 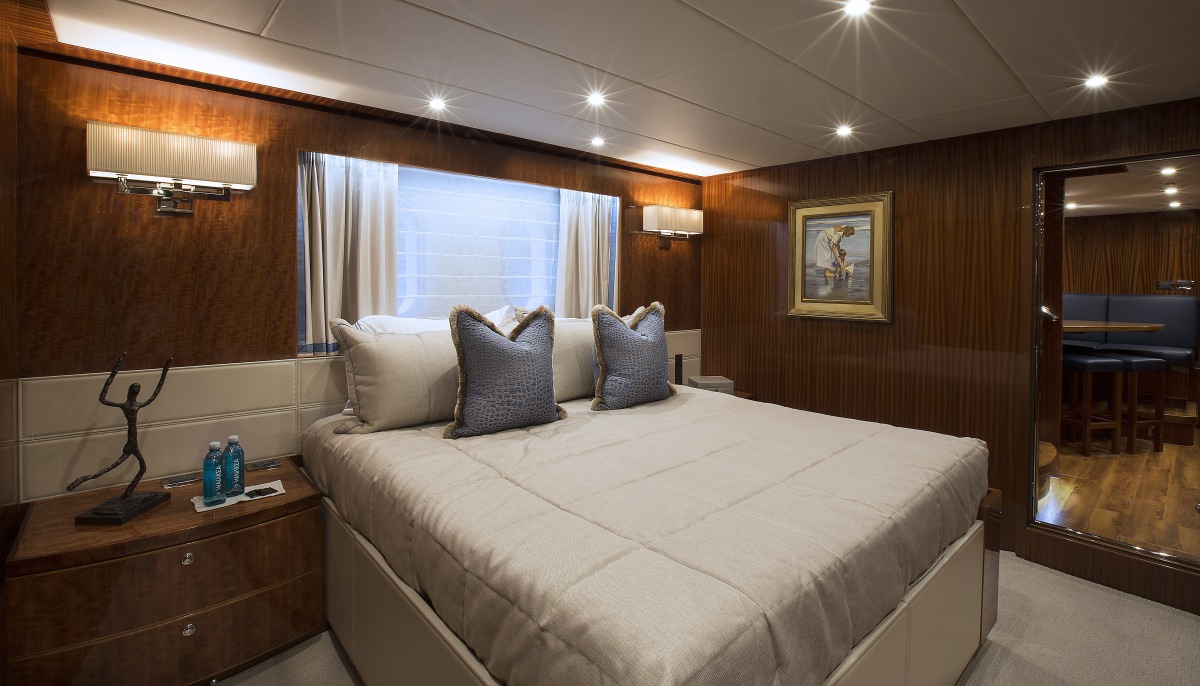 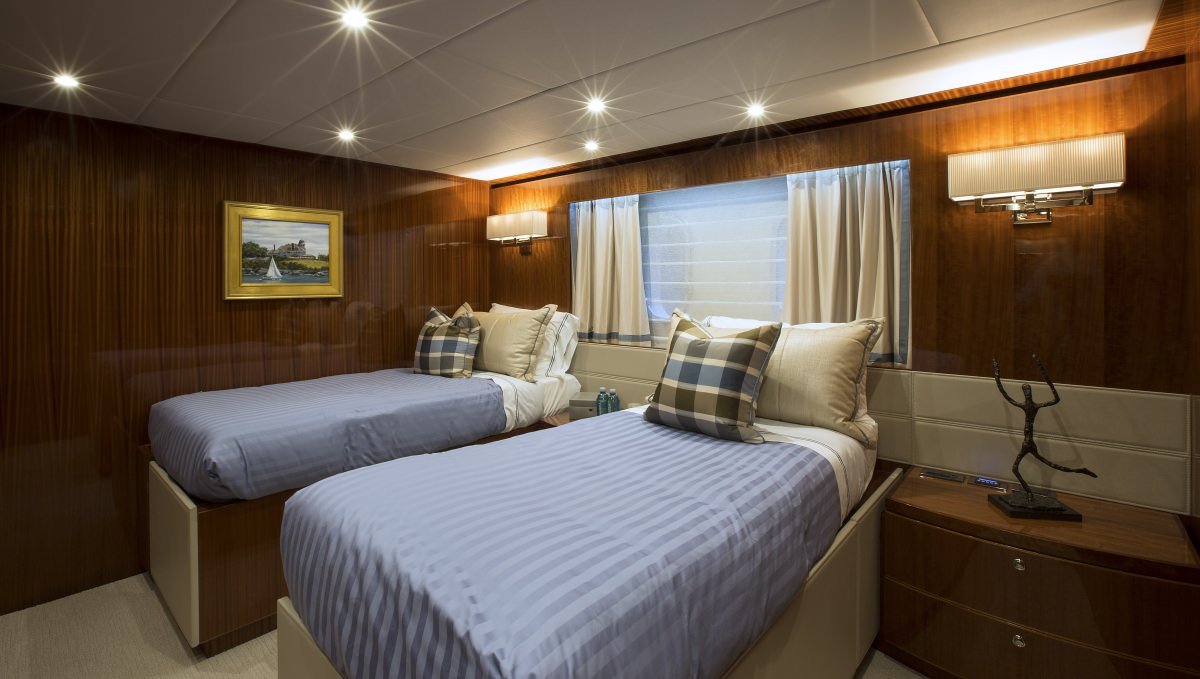 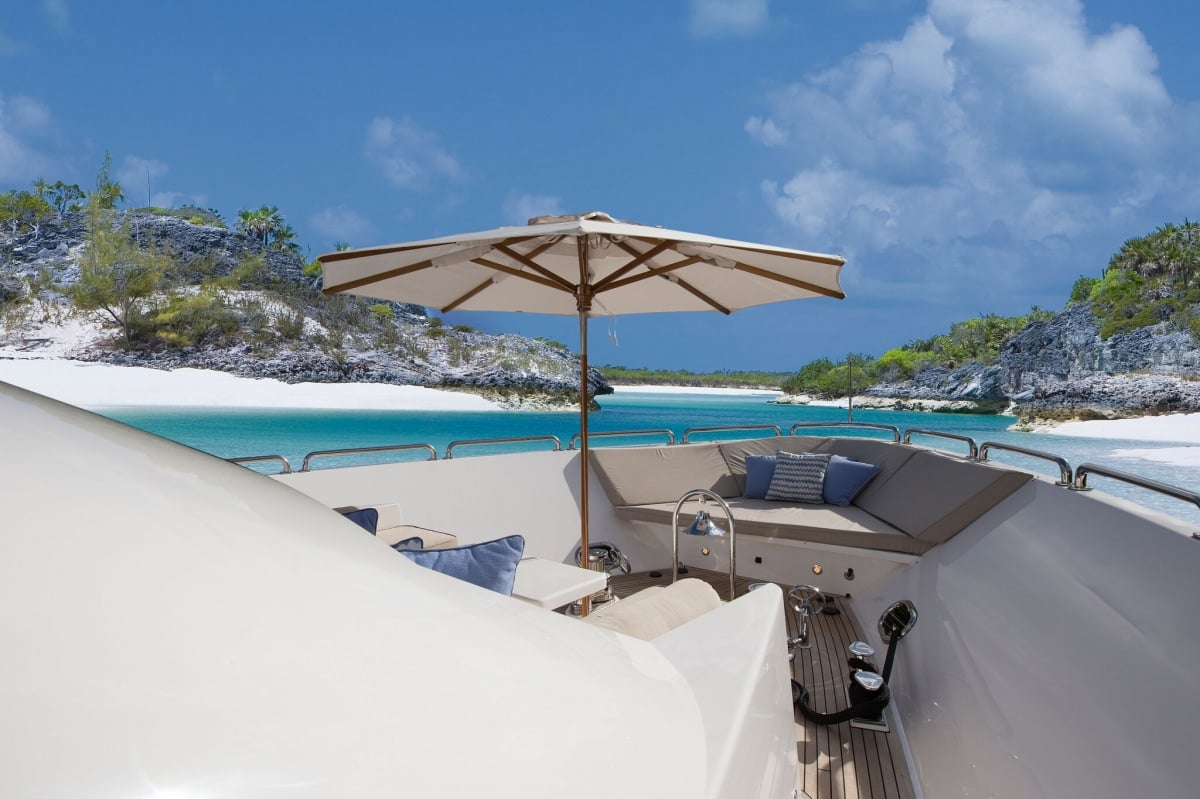 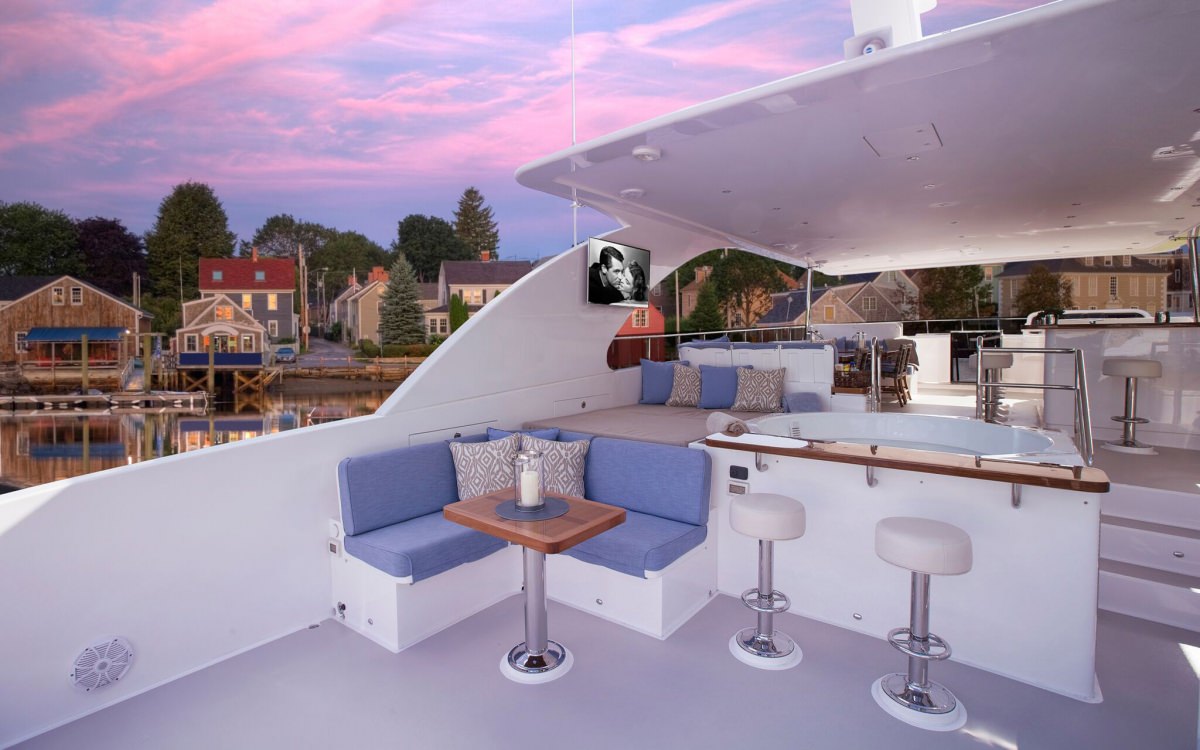 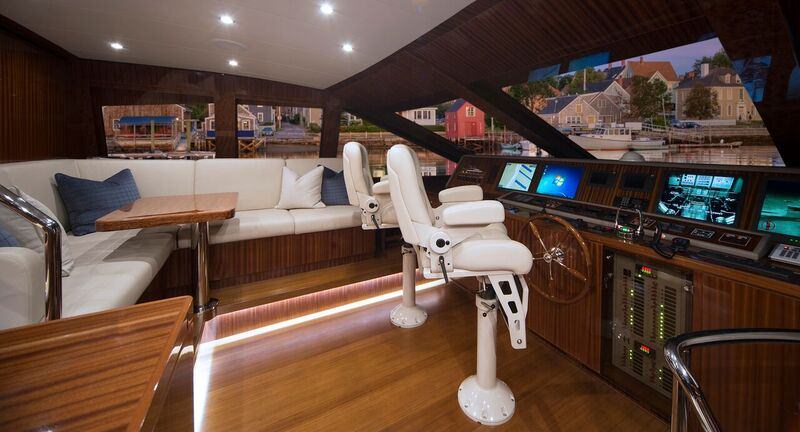 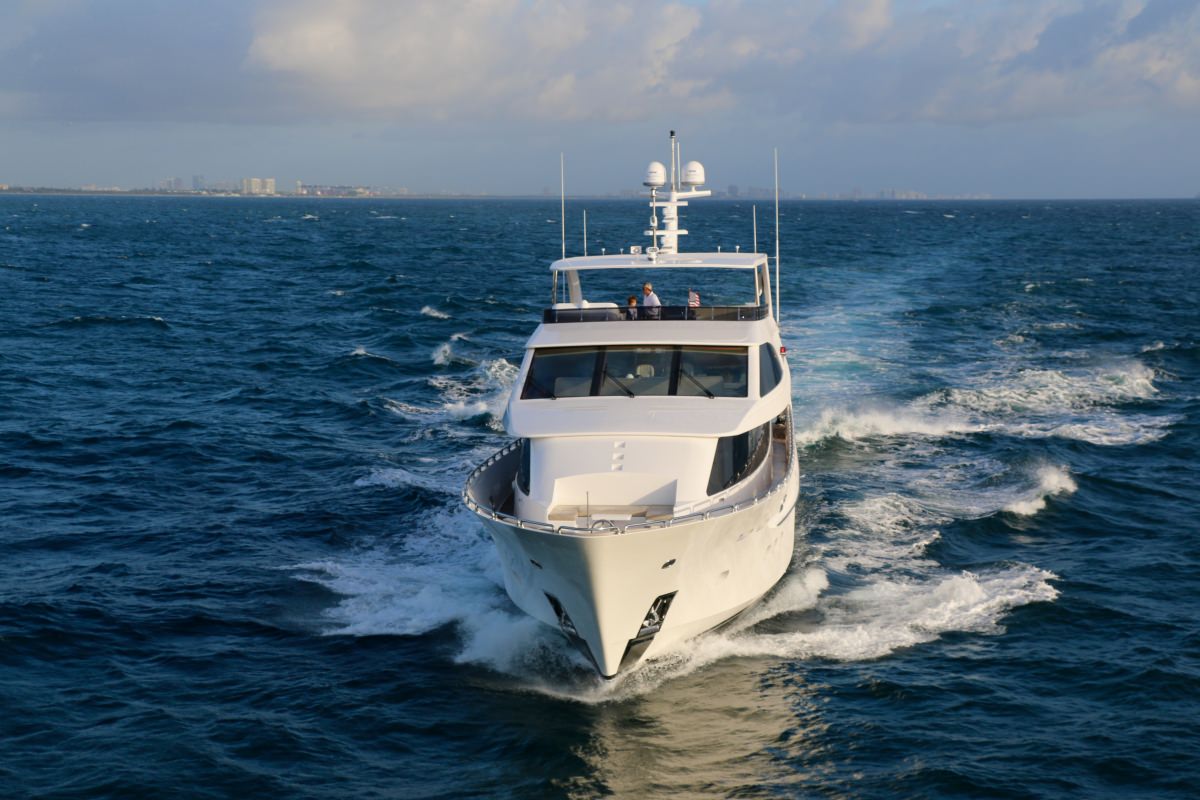 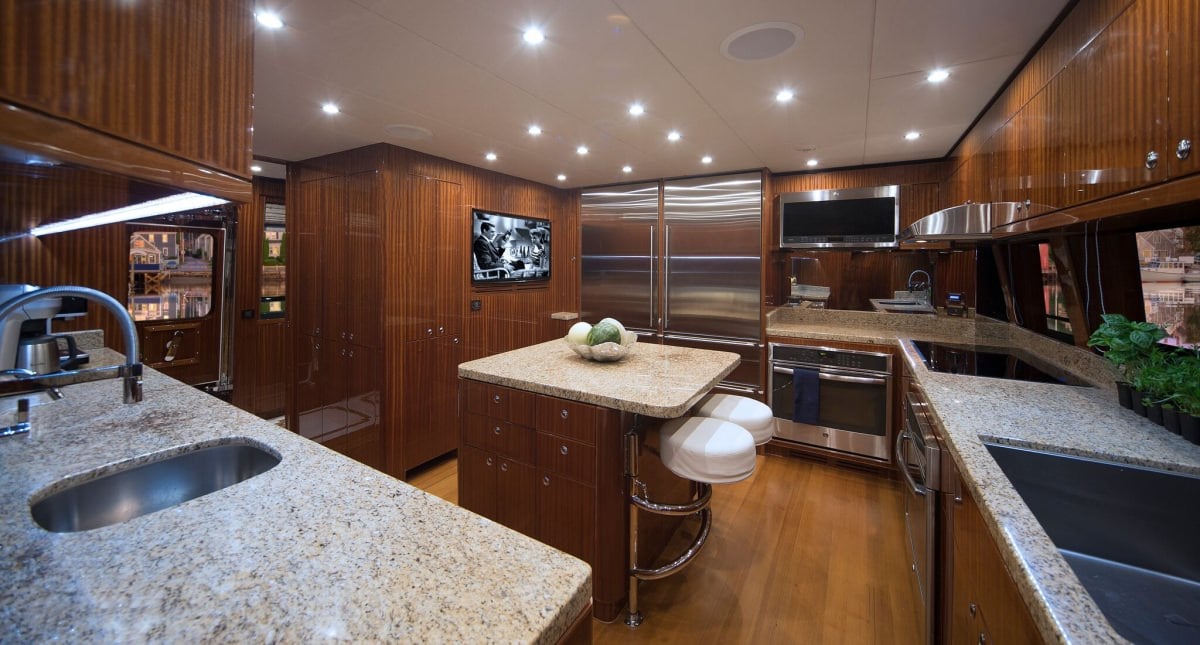 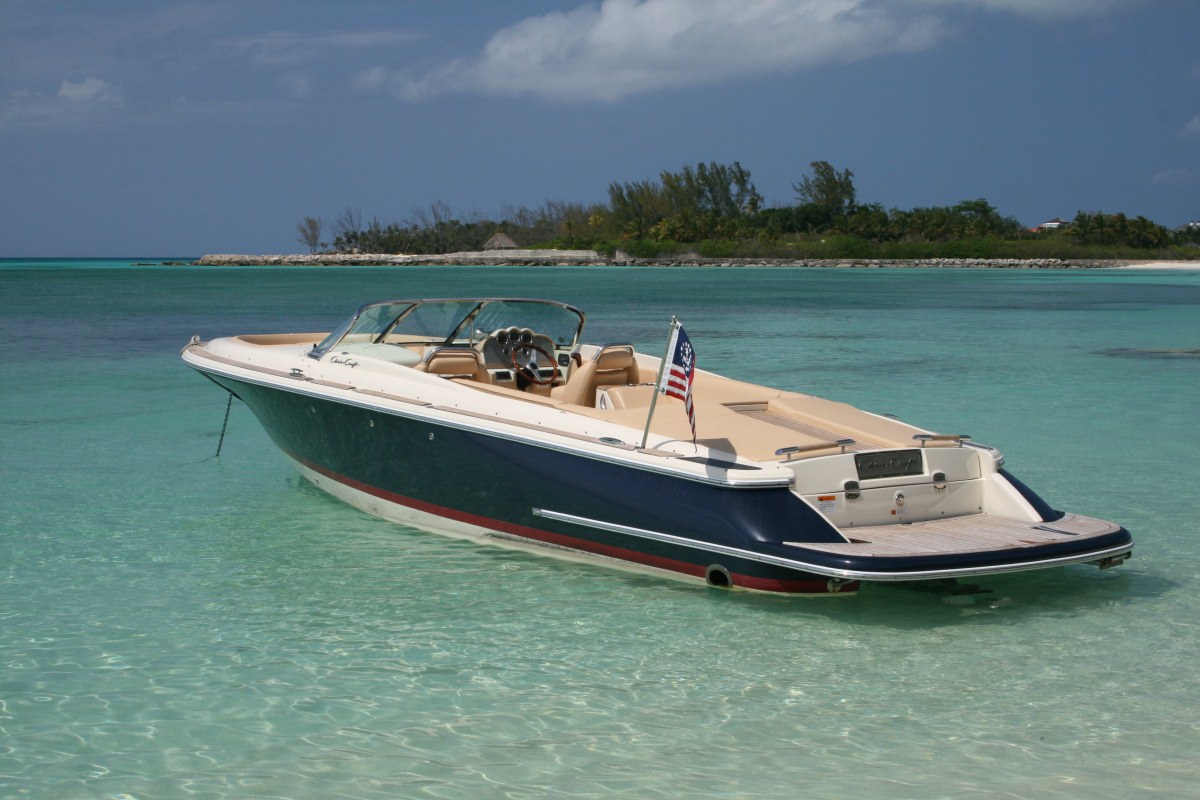 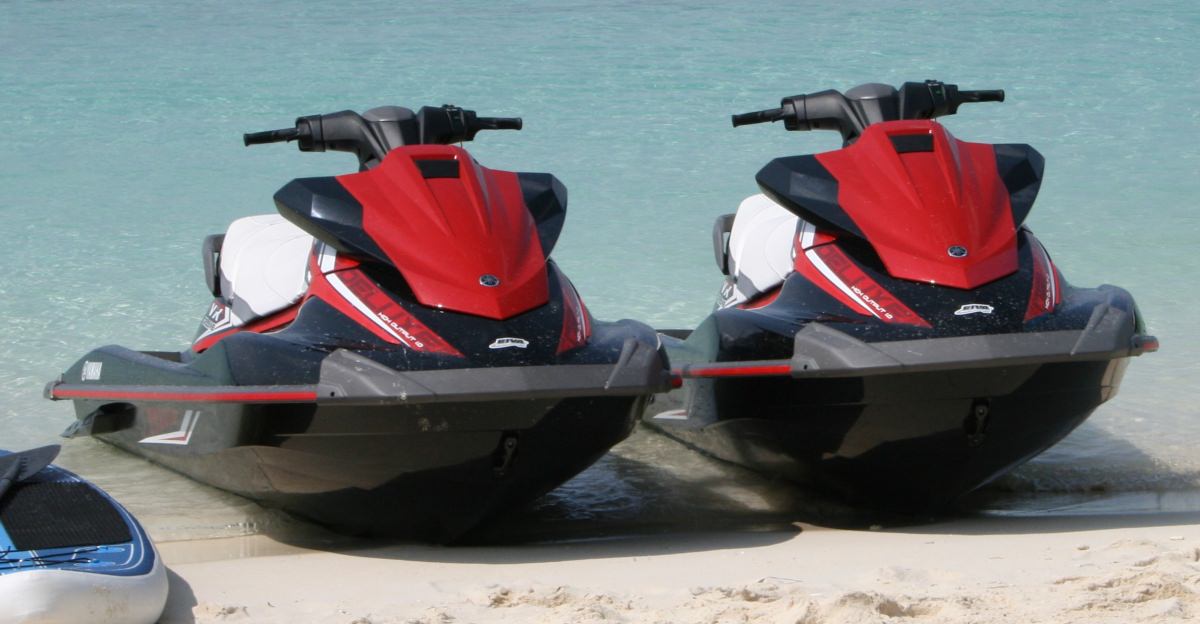 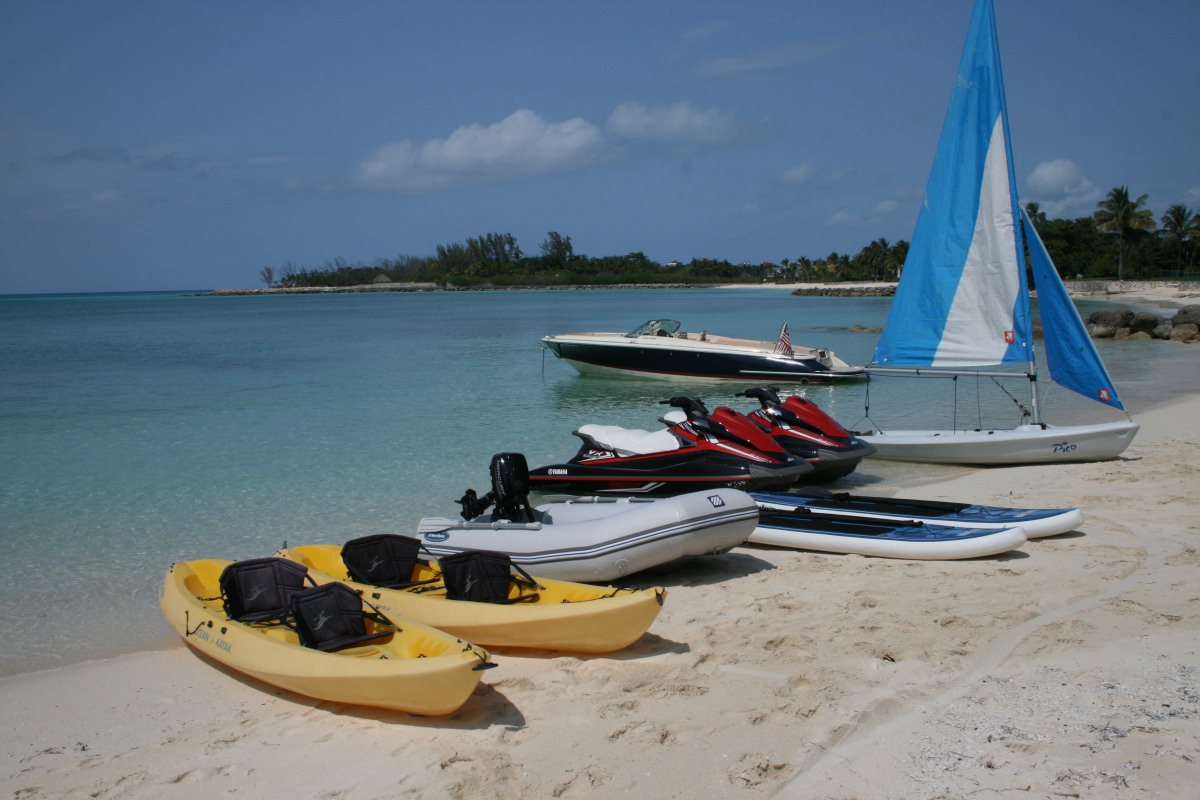 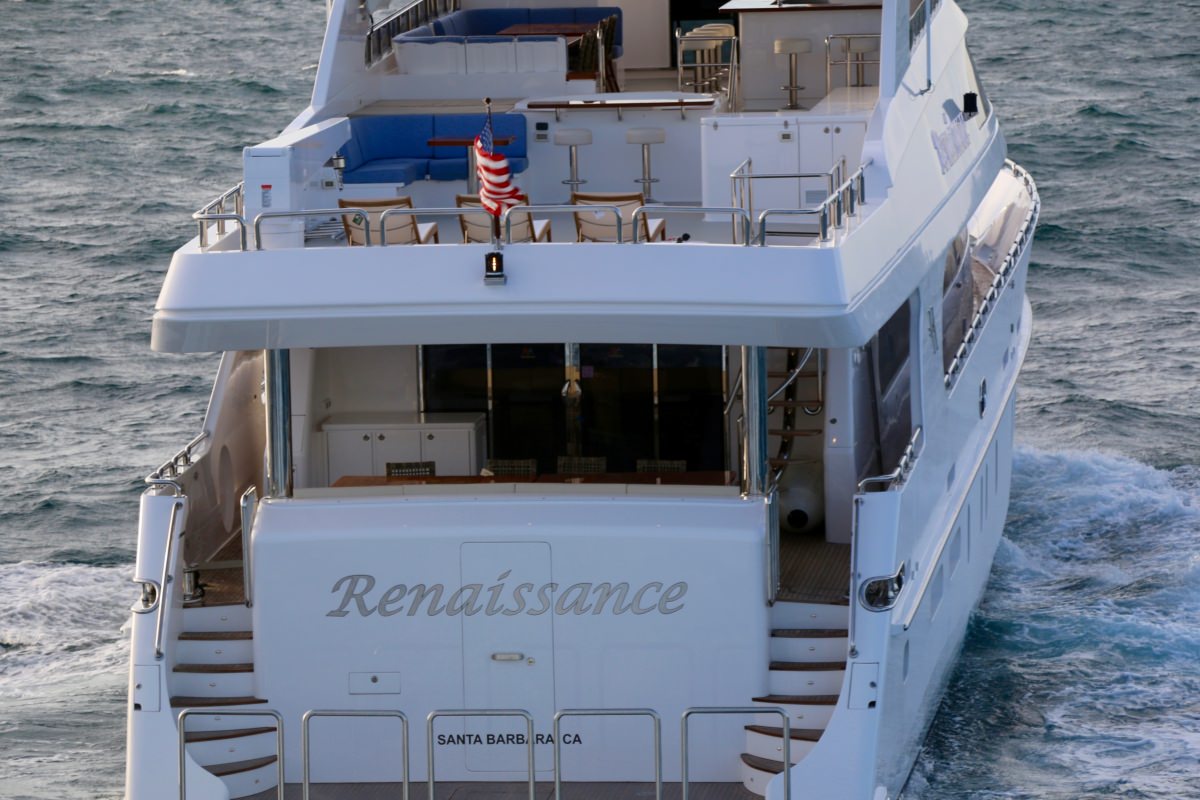 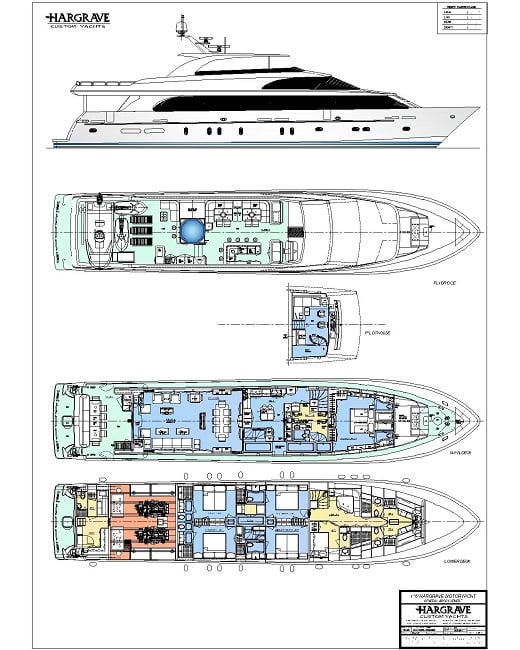 STATEROOMS:
Five luxurious king-berth suites including an on deck master and two lower king staterooms that convert to twin staterooms are found aboard M/V RENAISSANCE that were designed to pamper all the needs of your family or guests.

CAPTAIN Douglas Meier – Former U.S. Coast Guard – American
Doug’s love affair with the sea started at an early age while spending summers on Jersey shore with his family. This led him to the U.S. Coast Guard where he spent his time in Miami conducting drug enforcement and Search and Rescue operations. After five years, Doug moved into the private yacht sector and ran as mate/engineer on a very well-known 114 ft. charter yacht operating in the Caribbean basin and western North Atlantic. At the age of 26 a chance meeting with the owner of a 106 ft. globetrotting yacht leads to Doug taking over as captain, and four years later he was back on the 114, this time as captain. Over the past 25 years, Doug has run some very popular charter with the latest one being the motor yacht Renaissance, Serving as build captain he oversaw all the little details that make her a perfect charter boat. We all have our favorites, and Doug says this one is his.

CHEF Chris Connell
Christopher was immersed in the world of cooking from an early age, cooking at his father’s popular cafe in Portland at the age of 13. From there he worked extensively in Seattle’s restaurant scene, seeking out and training under some of the city’s best chef’s including Larkin Young and Thierry Rautureau. Chris also worked at the Thierry’s award-winning restaurant, Loulay. Chris has been part of the Renaissance crew since September 2018. When Christopher isn’t cooking, he is probably playing music with his friends or spending time with his family, either at his father’s restaurant or on his mother’s farmhouse.

FIRST MATE Delaney Even
Delaney has always found herself most at home when she was close to the ocean. From endless beach days as a kid at Alki Beach in Seattle Washington, to sunset surfing while in high school in San Diego California, to eventually competing for her Collegiate sailing team in San Francisco. During summers of college she took her love for the ocean aboard, working as a skipper in Greece and Croatia. Shortly after graduating from UC Berkeley in 2017, she joined the yachting industry. Over the years she has worked on yachts in the Mediterranean, the Caribbean, West and East Coast America and Central America. Delaney holds a U.S. Coast Guard license and is a certified sailing instructor. Delaney enjoys acyroyoga, hiking, snorkeling and all things active. She looks forward to making your stay onboard MY Renaissance comfortable, exciting and memorable!

CHEIF STEWARDESS Brooke Whitt
Born in central Florida, Brooke was imprinted with the coastal atmosphere encompassing a small world of fishing, boating, surfing and water sports. After completing her Associates degree, she decided to make the big move to south Florida to pursue a career in the yachting industry. In 2015 she began her role as a stewardess, experiencing a whole new world of travel, foreign friends, and exclusive destinations. Over the last 4 years Brooke has enjoyed the yachting experience and takes pride in the hard work and dedication she has accomplished alongside her fellow crew mates. Aside from yachting, Brooke enjoys traveling, physical activities and sports, reading and gardening.

DECKHAND Tristan Reinhard
Tristan grew up on a farm in Williamstown, Massachusetts. After attending Coastal Carolina University, he decided to trade farm life for a life at sea. Starting as a jet ski guide, he later began driving center consoles until eventually moving on to join M/Y Renaissance. During his free time, he enjoys anything active and outdoors; dirt biking, fly fishing, hiking and climbing to name a few. He looks forward to sharing his love for fishing and the ocean with each M/Y Renaissance guest.

SECOND STEWARDESS Samantha Harris
Samantha, who likes to be called Sam, was born in Okinawa Japan but was raised in San Diego California. Having several years of experience in the hospitality industry Sam decided to move in yachting and took the plunge in 2017. Growing up in a military family gave her a love for traveling and meeting new people, yachting was a perfect fit. In her off time, you will find Sam either hiking, at the beach, or on a paddle board.