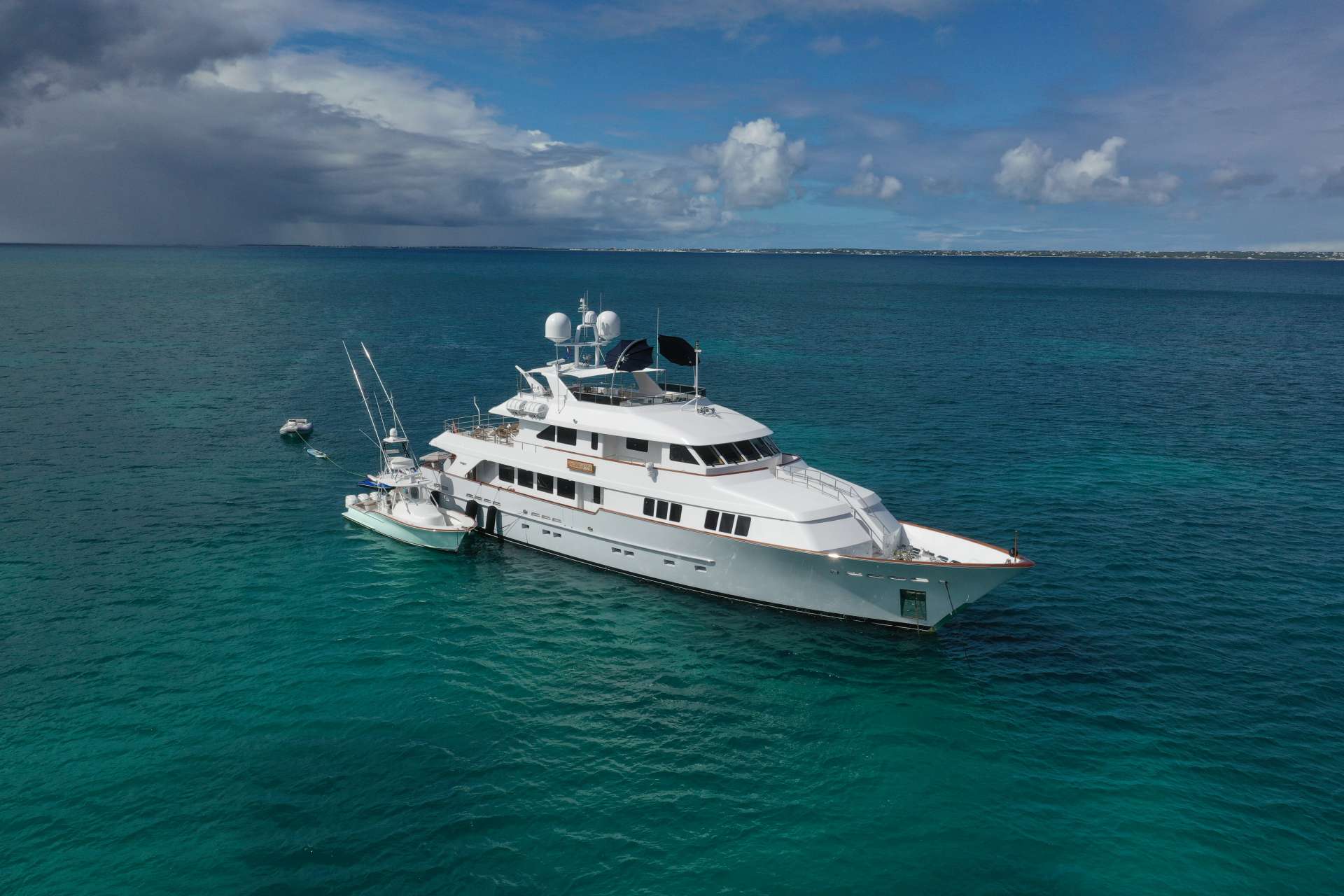 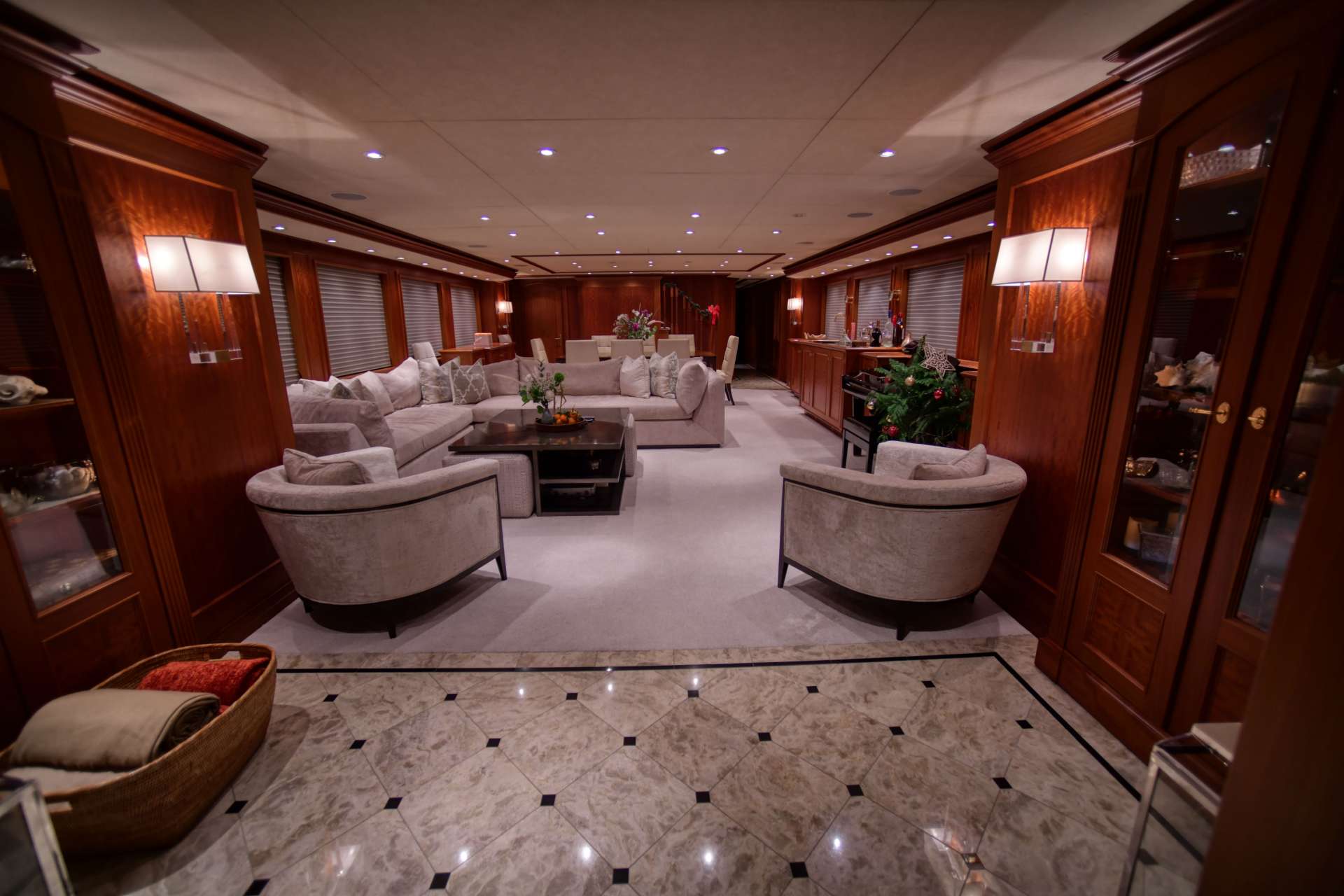 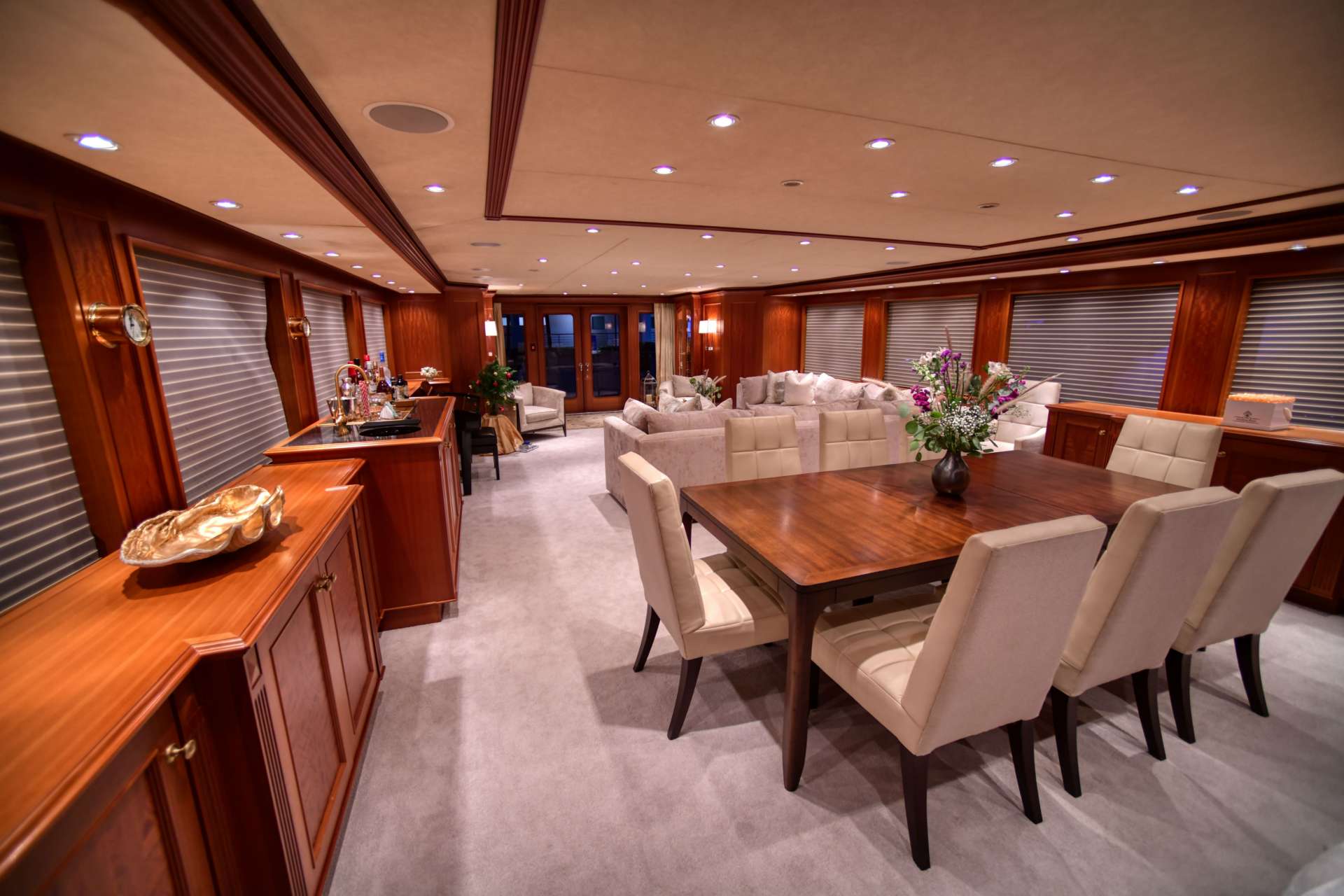 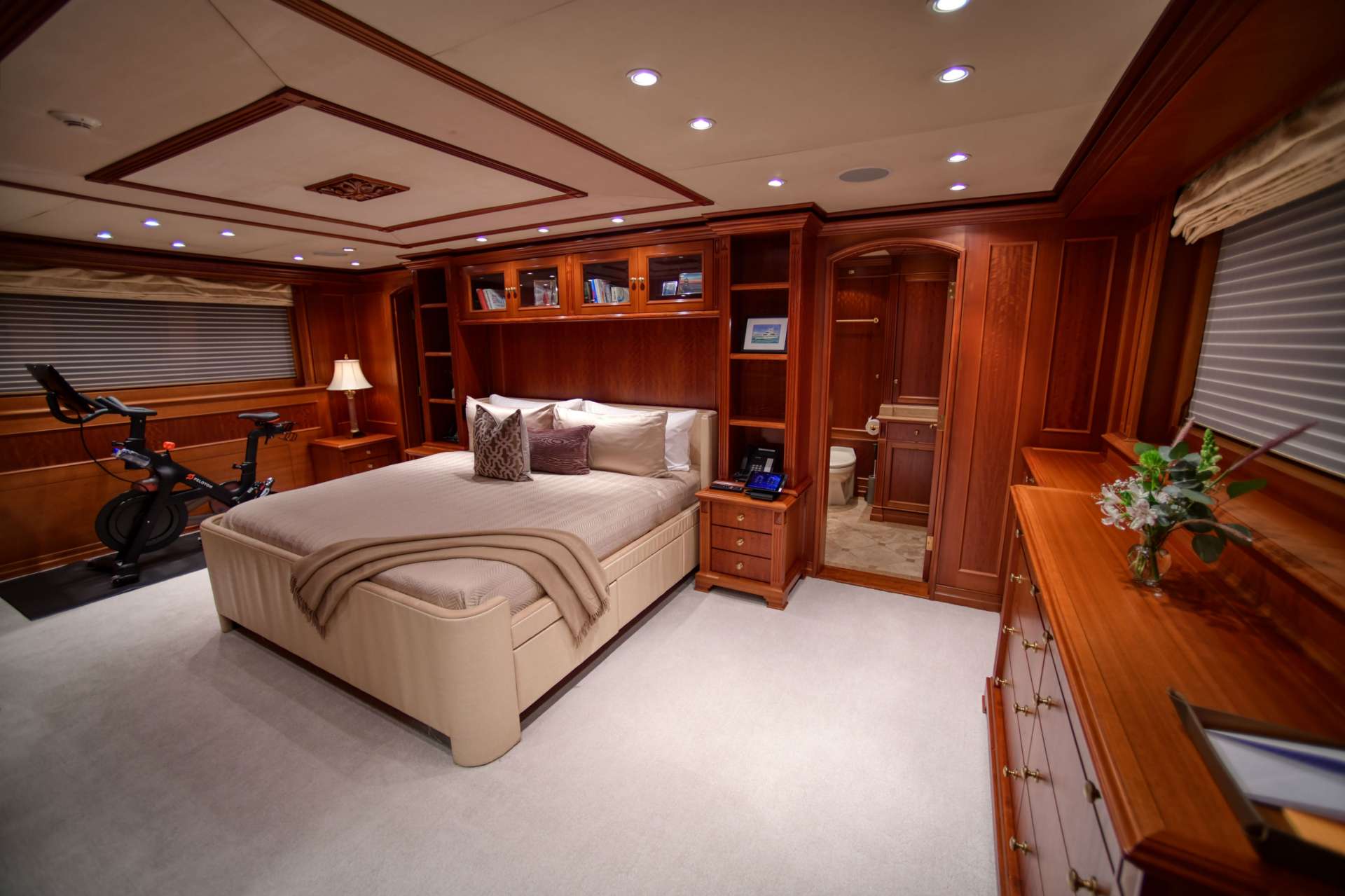 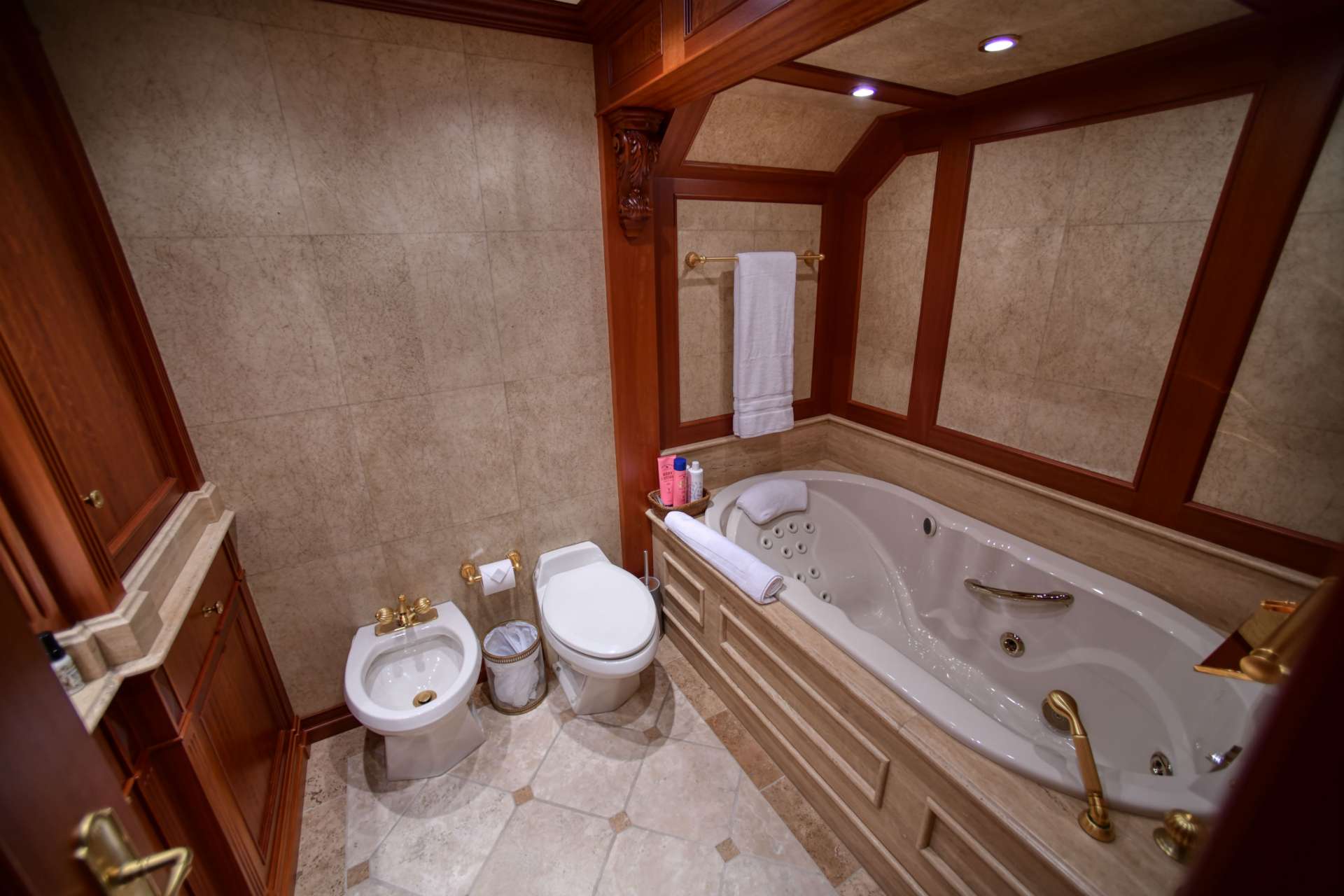 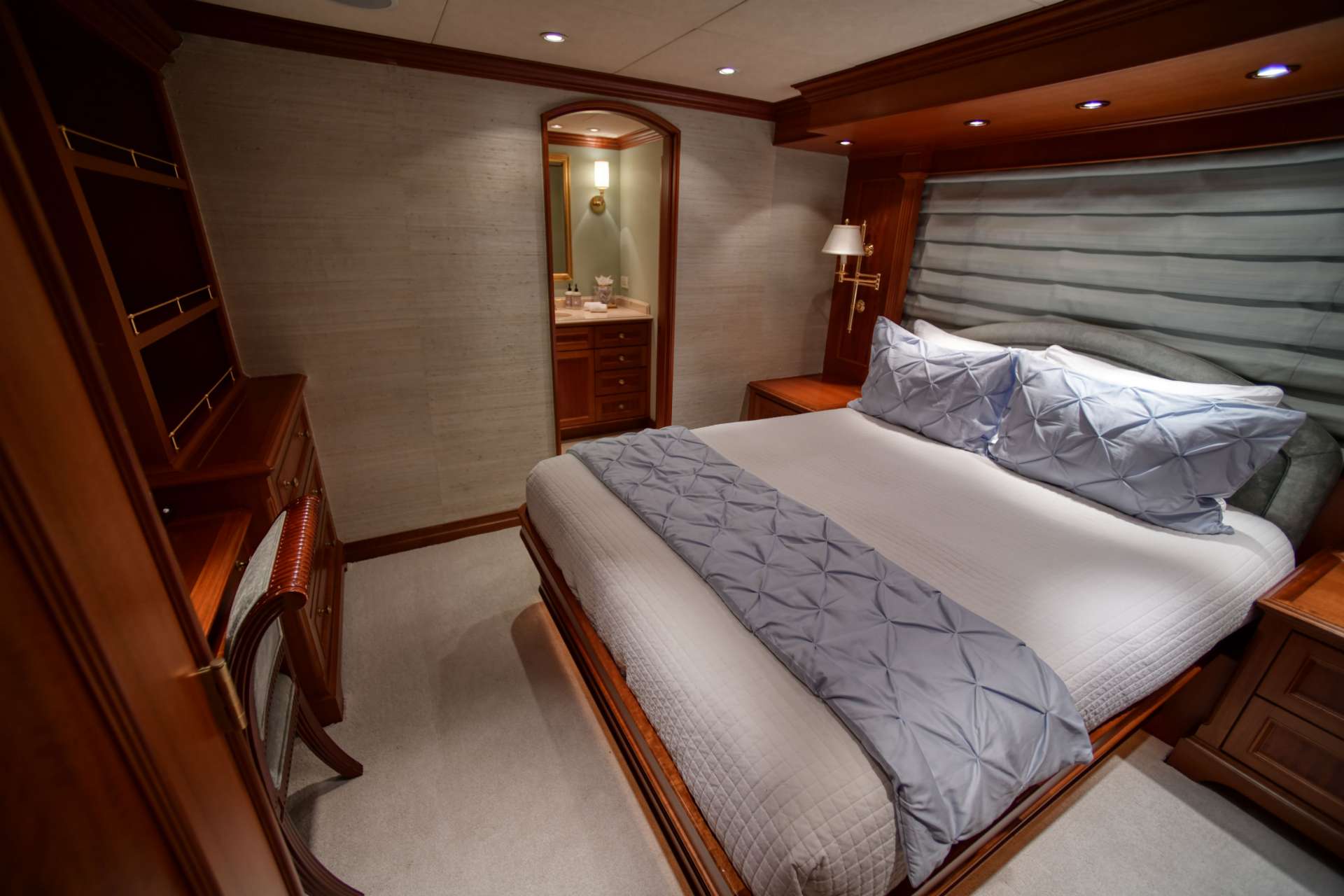 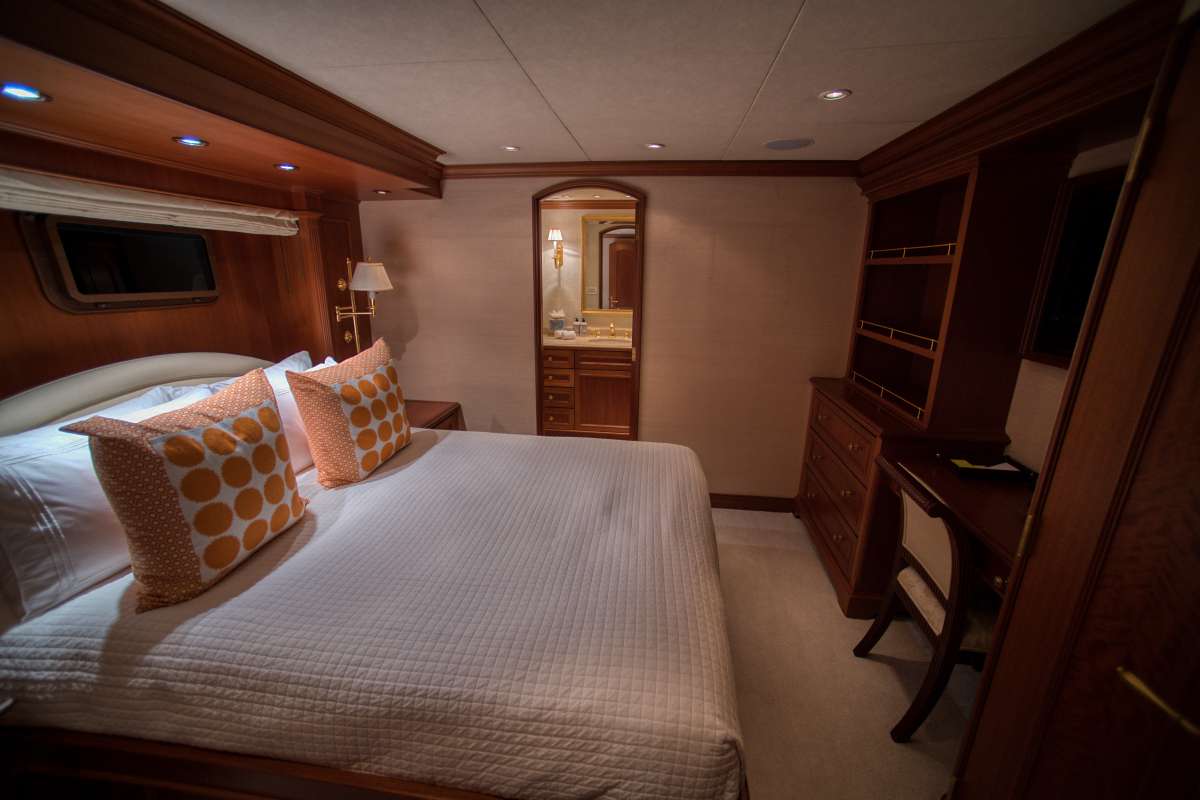 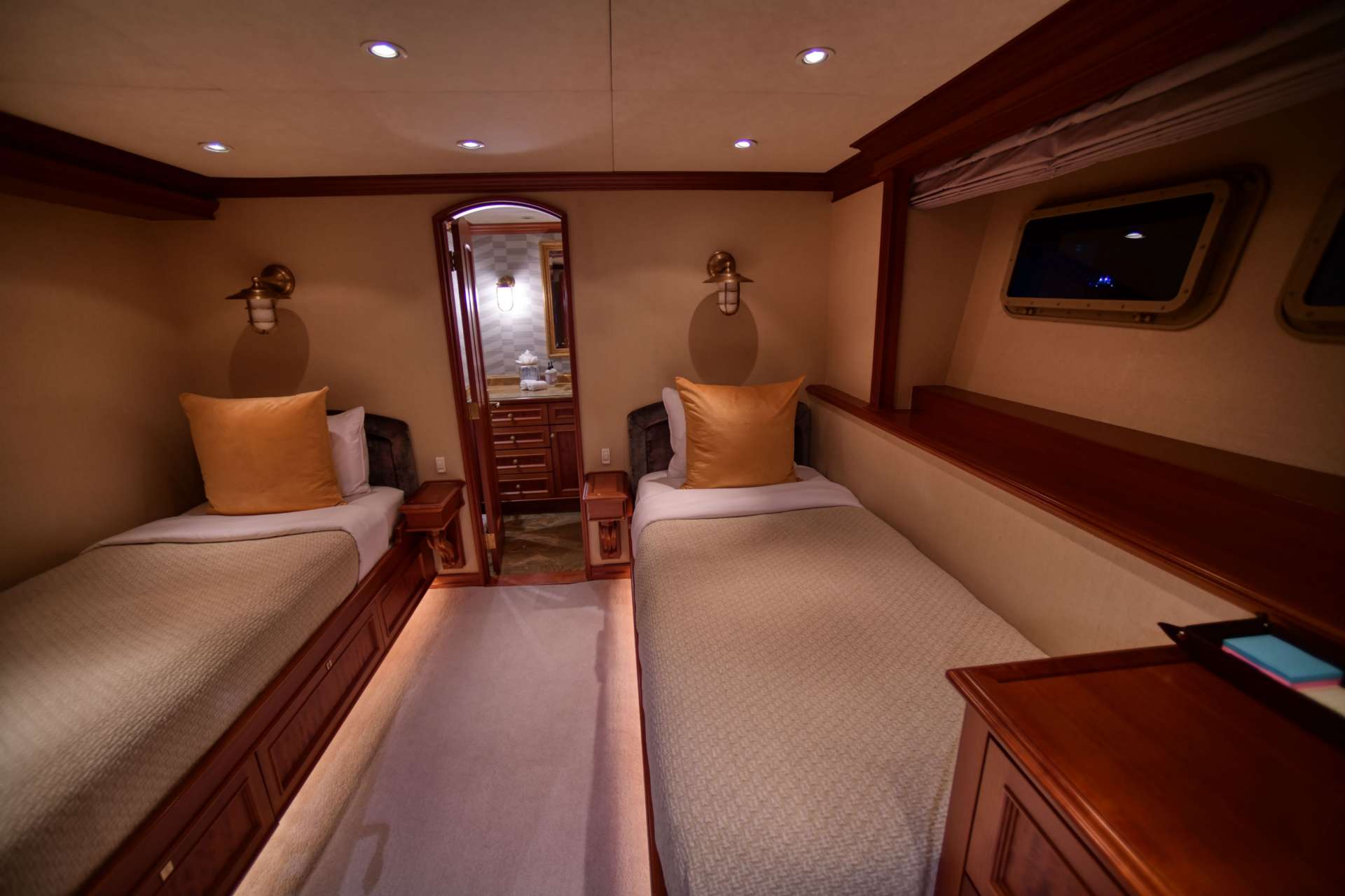 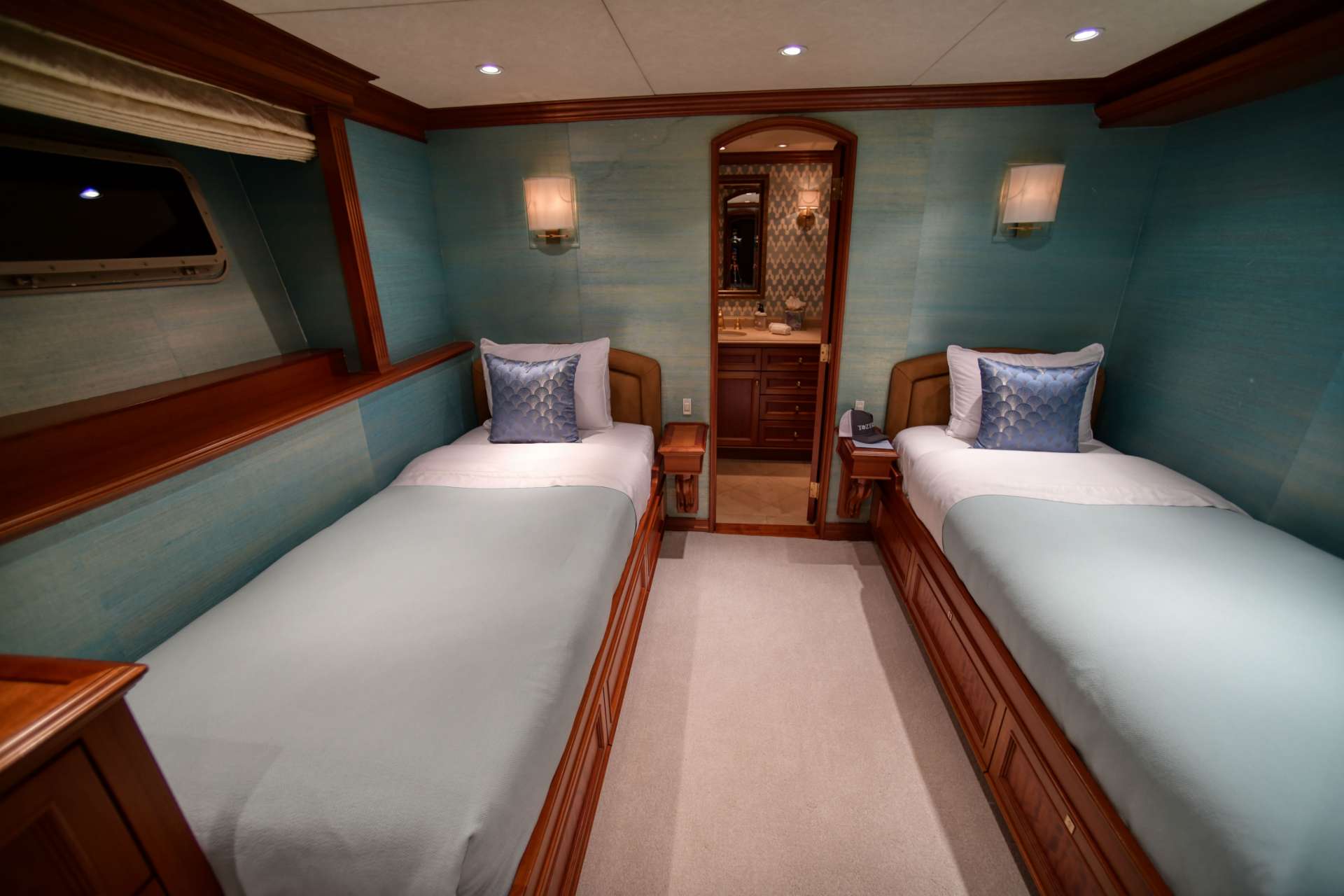 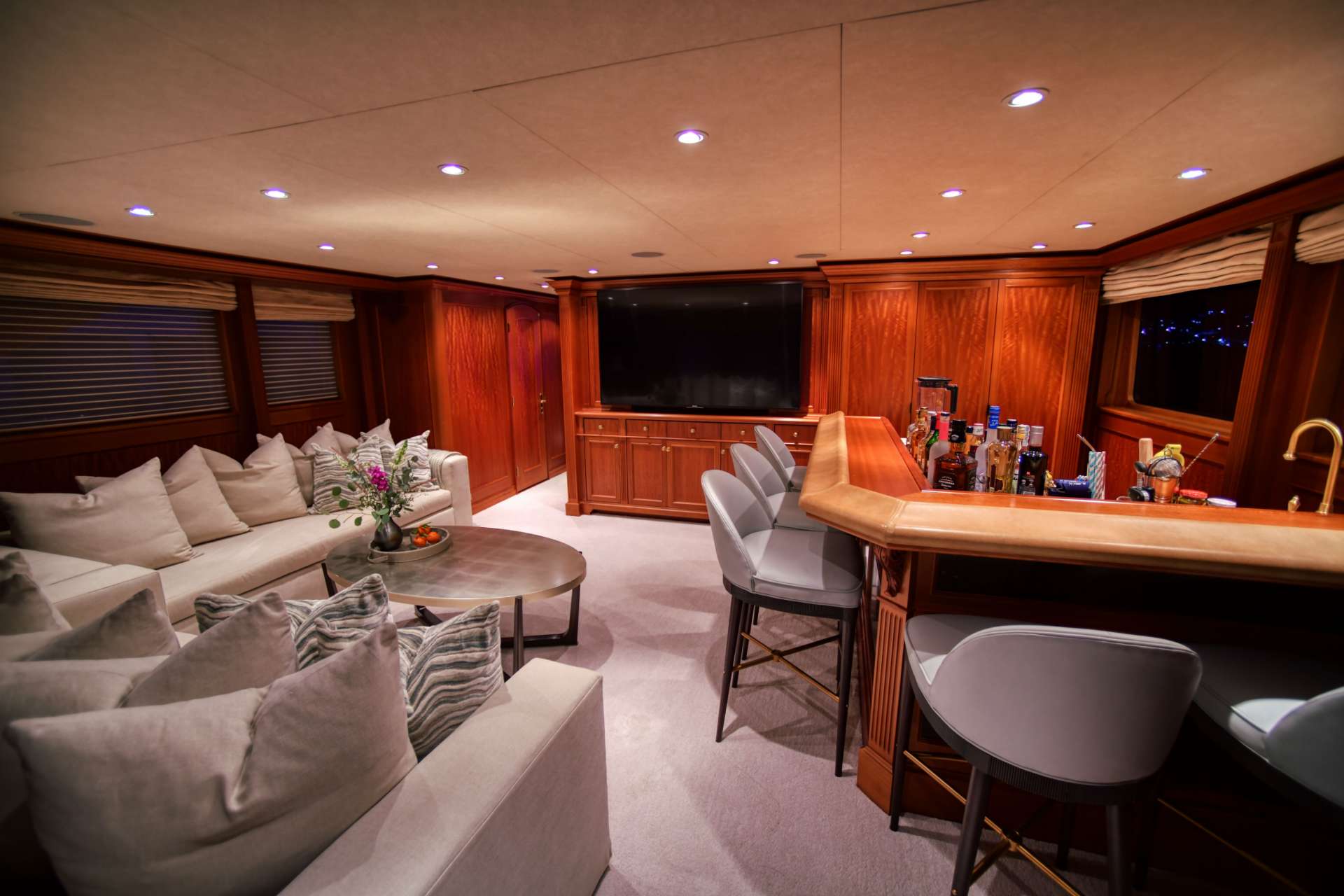 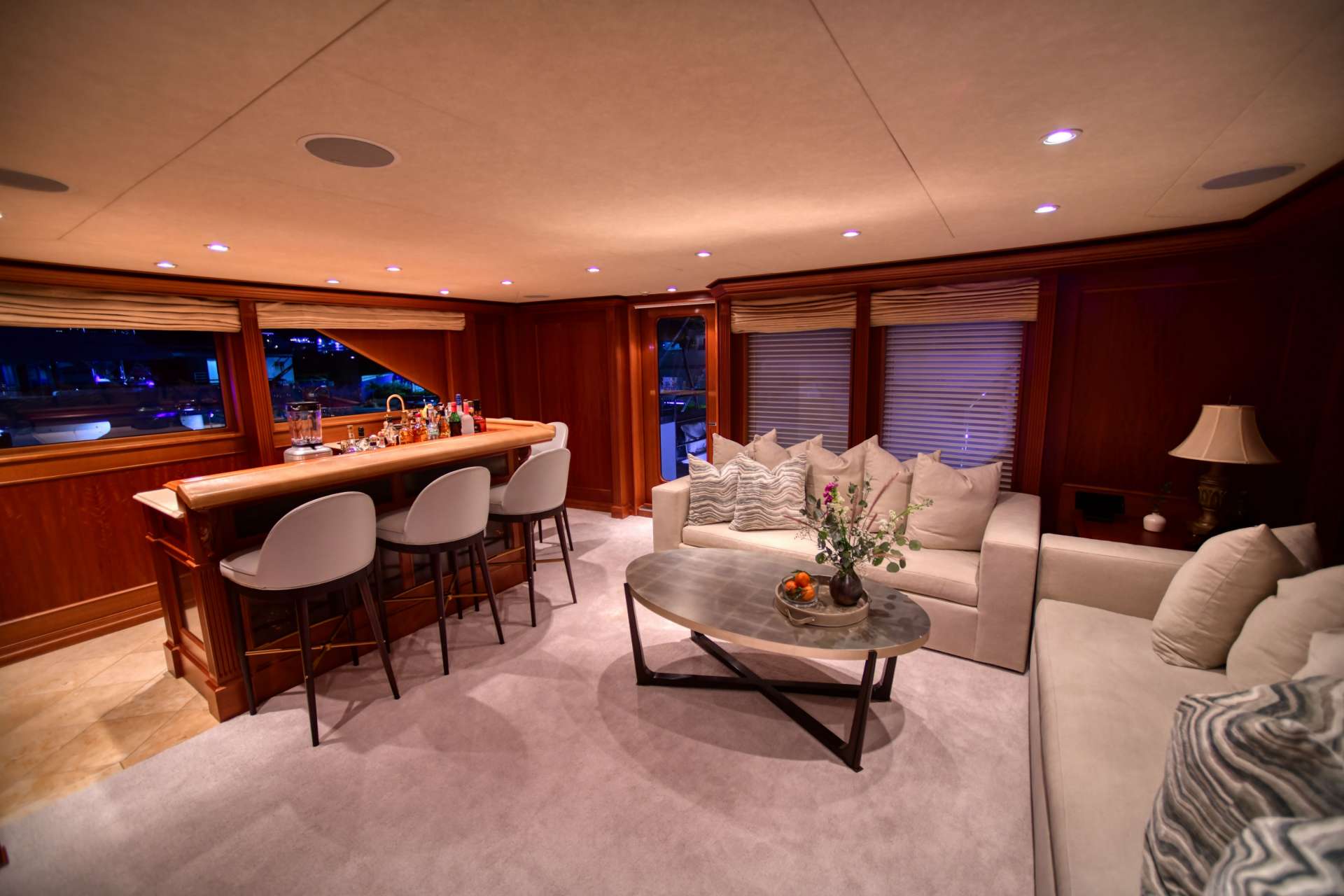 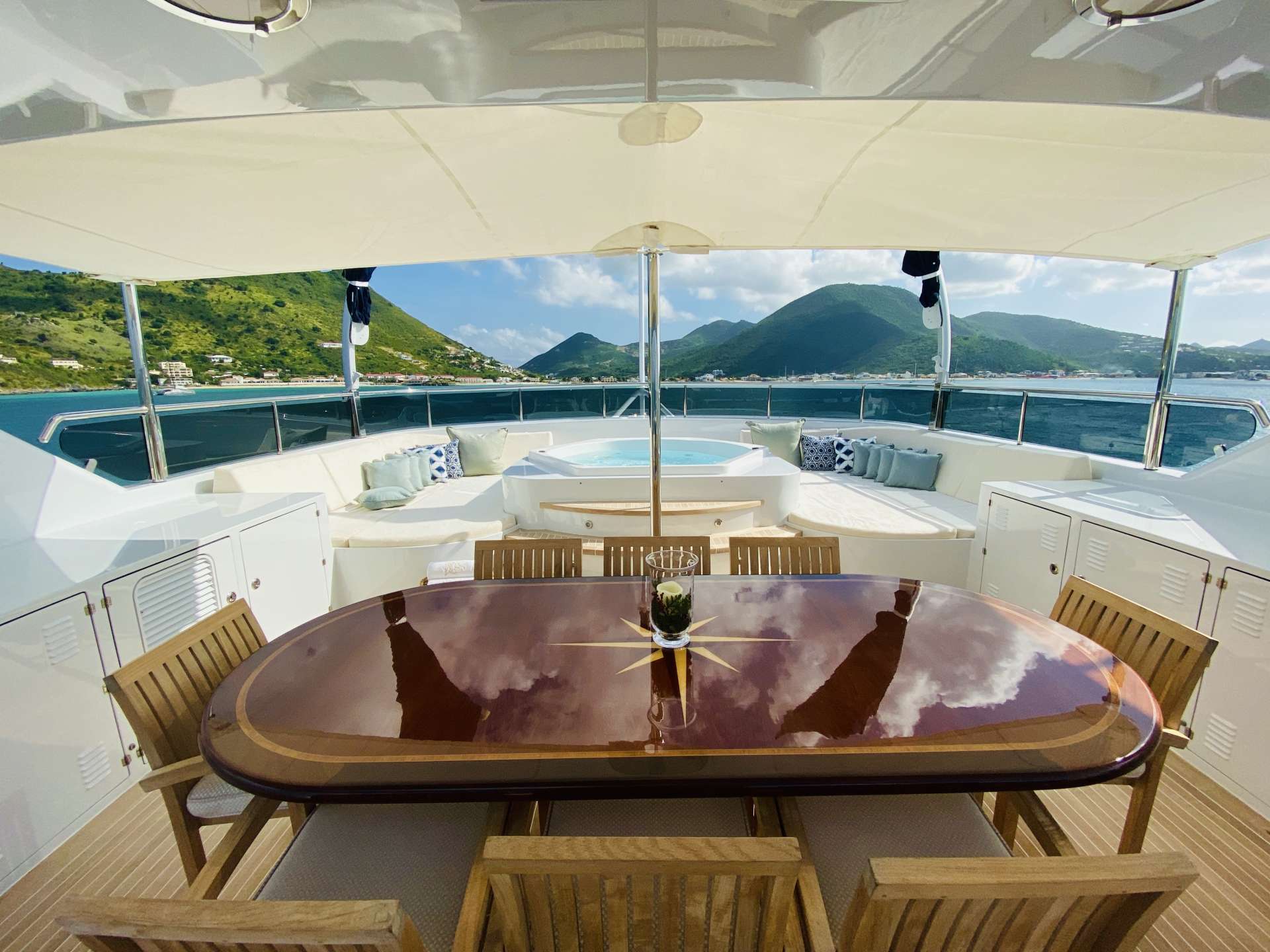 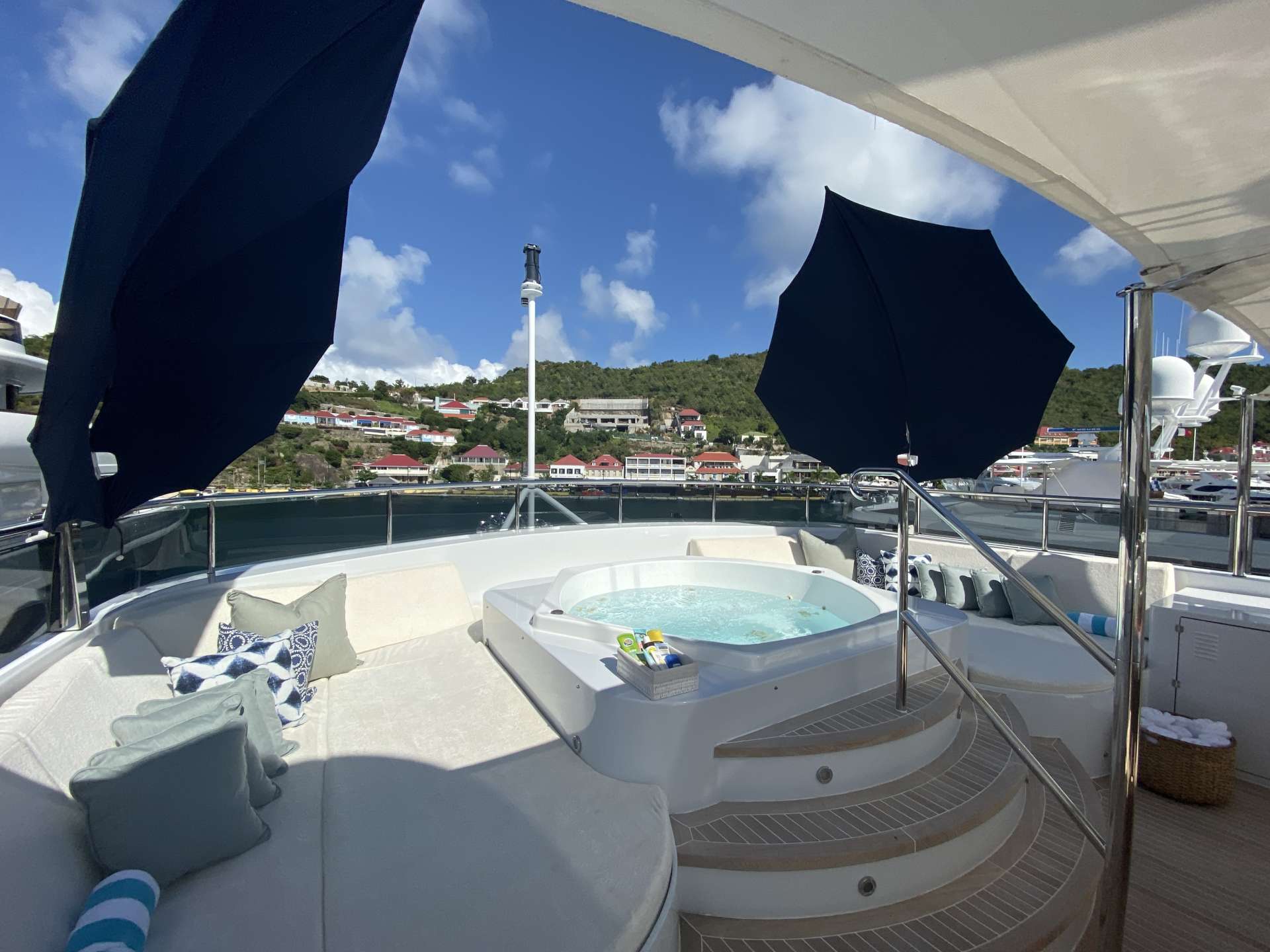 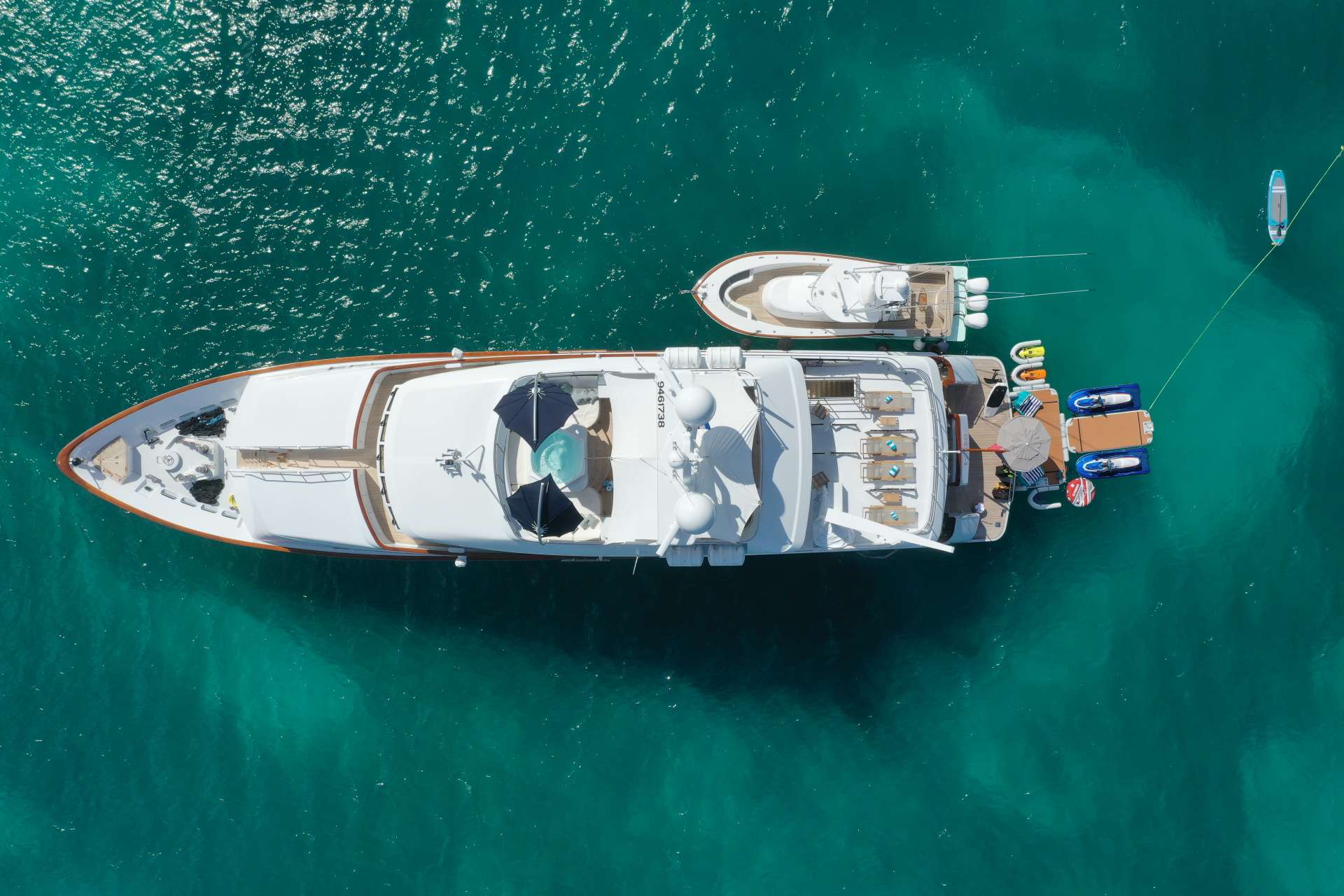 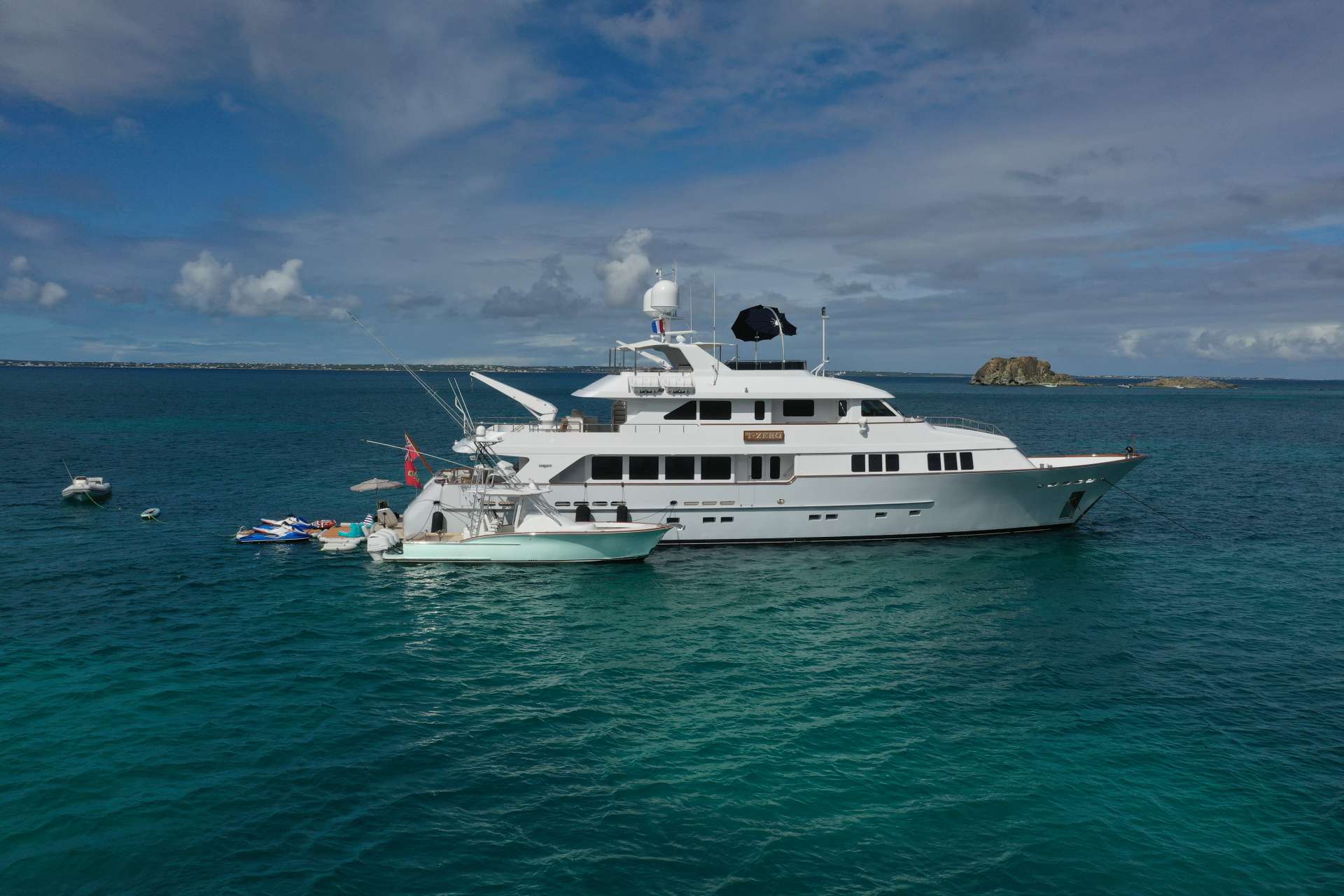 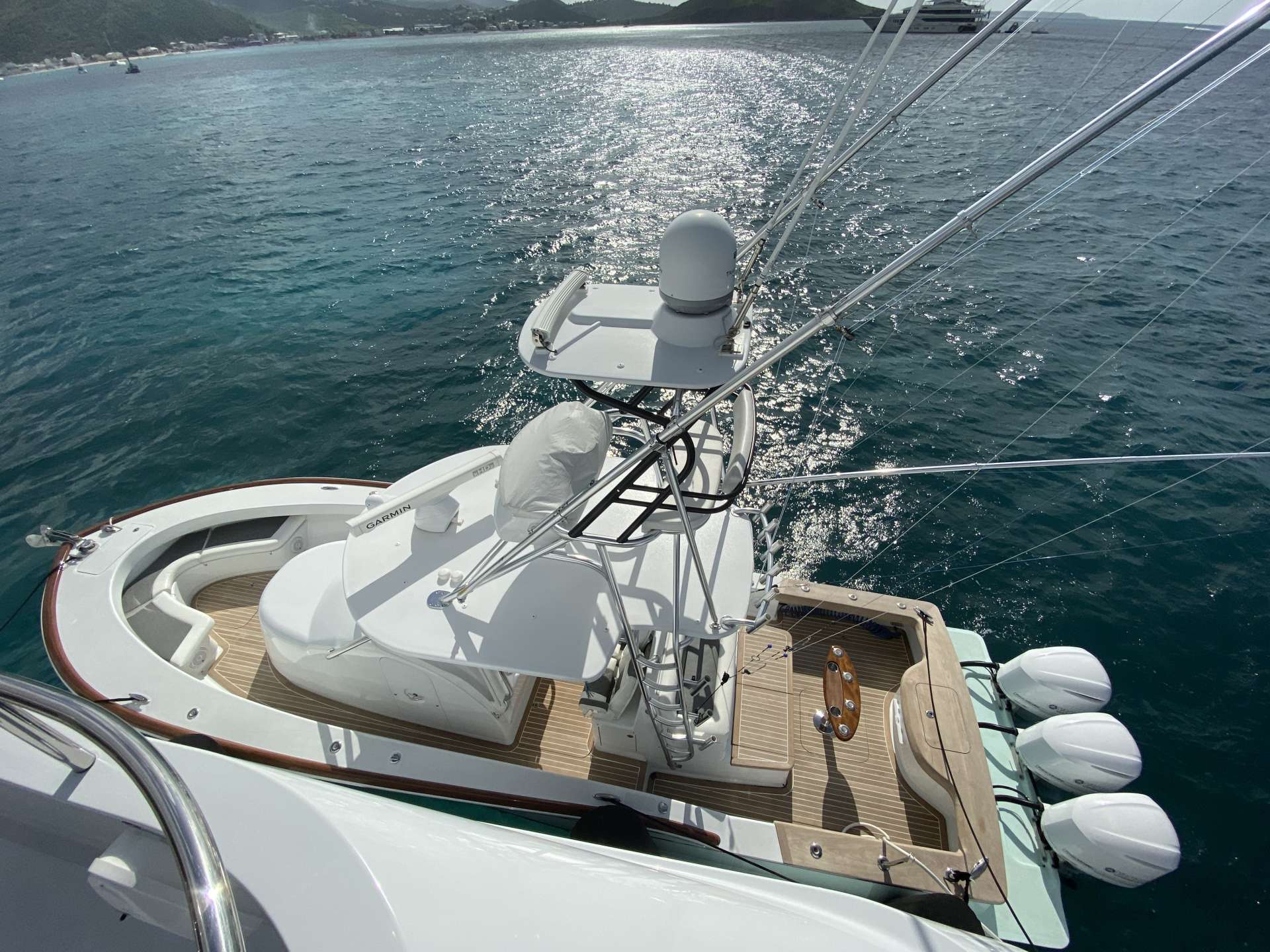 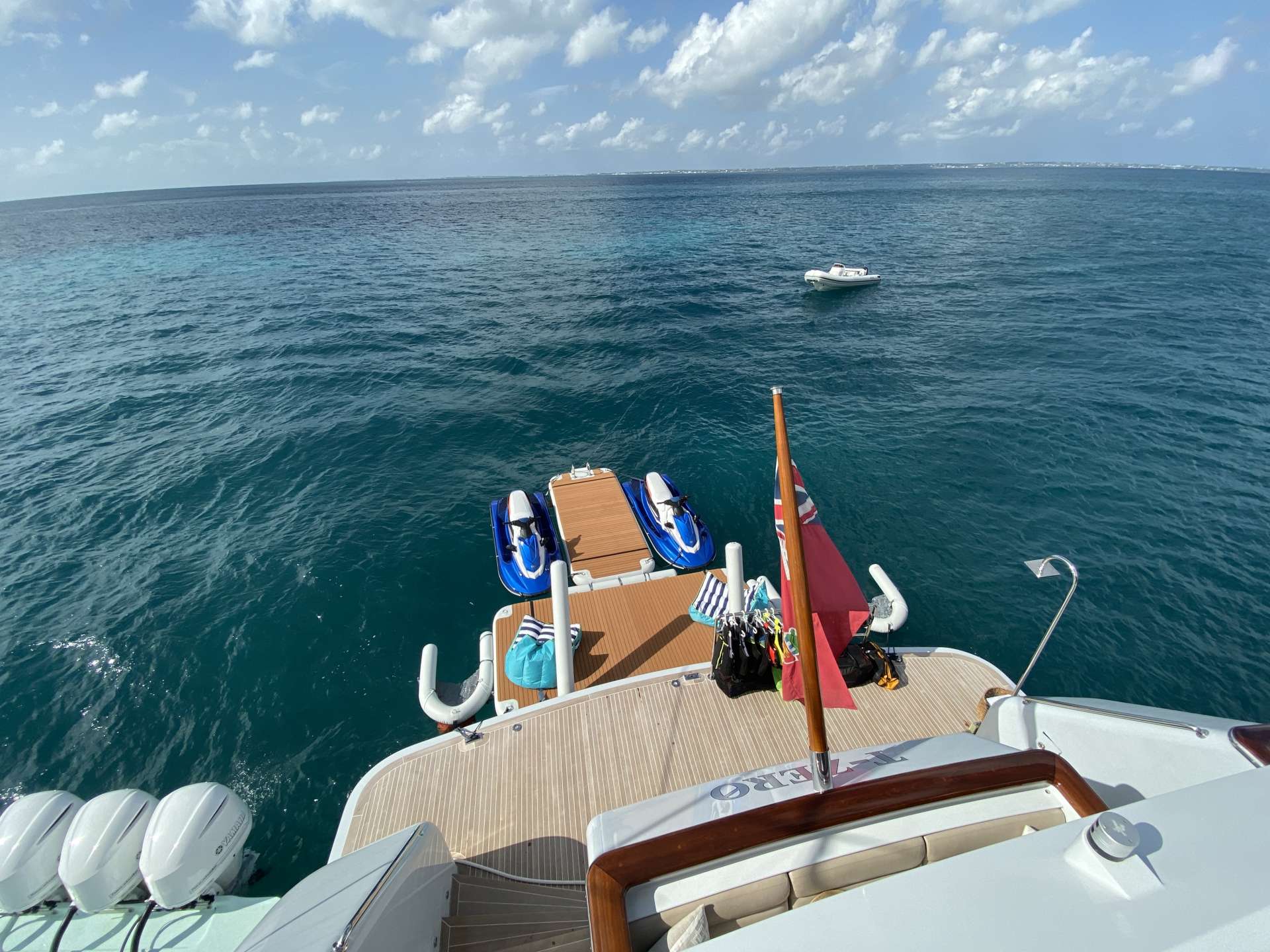 Accommodation for up to 10 guests in five cabins (the owner’s cabin; 2x double; 2 x twin cabins) A jacuzzi located on the sun deck.

CAPTAIN | Seth Laws
As an avid waterman from a small town off the coast of NC, Seth grew up exploring the ocean and the barrier islands of the Carolinas. His father was an Oceanographer professor teaching him at an early age, the beauty and power of the ocean. After owning a small business for many years and several boats of his own, Seth decided to make a career change doing what he enjoyed, navigating the oceans. One of his passions is offshore fishing and he never turns down a chance to find fish. He calls himself an amateur photographer yet has a very creative eye and keeps an array of gear onboard to capture those memories; whether it be on land, in the sky, or underwater.

Seth has had the privilege to work with T-Zero for six years and has extensively cruised the US East coast, Caribbean, and Bahamas. If he had to pick a favorite place that he has cruised it would be The Bahamas for their beautiful calm waters, sea life, and epic fishing. Safety is always his top priority for all persons onboard. He continually educates himself to sharpen his skills as a licensed US Coast Guard Mariner. He always wants guests to enjoy their time floating and exploring our precious oceans while experiencing new adventures. Thanks to Seth and this fabulous team on T-ZERO they truly aim to make every guest’s time onboard an amazing one!

STEWARDESS | Anya (Anna) Stolnikova
Anna was born in Saint-Petersburg, Russia, on the shore of the cold Baltic Sea. Being a Russian native she is also fluent in English and speaks Spanish. She graduated from the University of Saint-Petersburg with degrees in Linguistics and Hospitality and ever since has been working in the hospitality industry gaining valuable knowledge and experience. Anna is very passionate about travelling and exploring new cultures. Guests will find she is a warm, very friendly and sociable girl who truly is excited about meeting new guests and welcoming them aboard.

STEWARDESS/ YOGI | Brooke Evans
Brooke has travelled to over 75 countries as a yachtie, yoga teacher, massage therapist, and volunteer. Although she hails from the land-locked mountain paradise of Utah, she loves to be at sea and enjoys watersports, acro yoga, spending time in the outdoors, and trying street food from all over the globe. She’ll eat almost anything (especially if it’s made of chocolate!) and she can serenade you in French, Spanish or English!

MATE | Marvin Hadjedj
Marvin was born in Guadeloupe, French West Indies, where he has been accustomed to boating all of his life for recreational use. His interest in yachting began once working aboard boat charters in this area. He has always felt a connection between with the sea which turned into a passion then a profession for him.

After a 2 year Technical Degree in Negotiation Customer Relations, he decided to change his career by enrolling in a nautical school where he obtained his Master of Yacht 200 GT license. He left Guadeloupe for St Barth where he worked on day charter boats and then committed to the yachting industry for the long term, recently obtaining his Master 500GT License. Some of the previous yachts Marvin has worked aboard are / M/Y SKYFALL, M/Y LADY ELLA S, M/Y ALEGRIA, M/Y WA HOO, S/Y AIR DU TEMPS and outside of the Caribbean he has cruised South America, Bahamas, Florida, Atlantic Ocean, Western Med, Croatia and Montenegro.
Languages : French, English, Spanish, Creole
Hobbies : Travels, Tennis, Basket-Ball, Boating, Jet-Ski, Hiking, Cultures, Snorkeling, Kayaking.