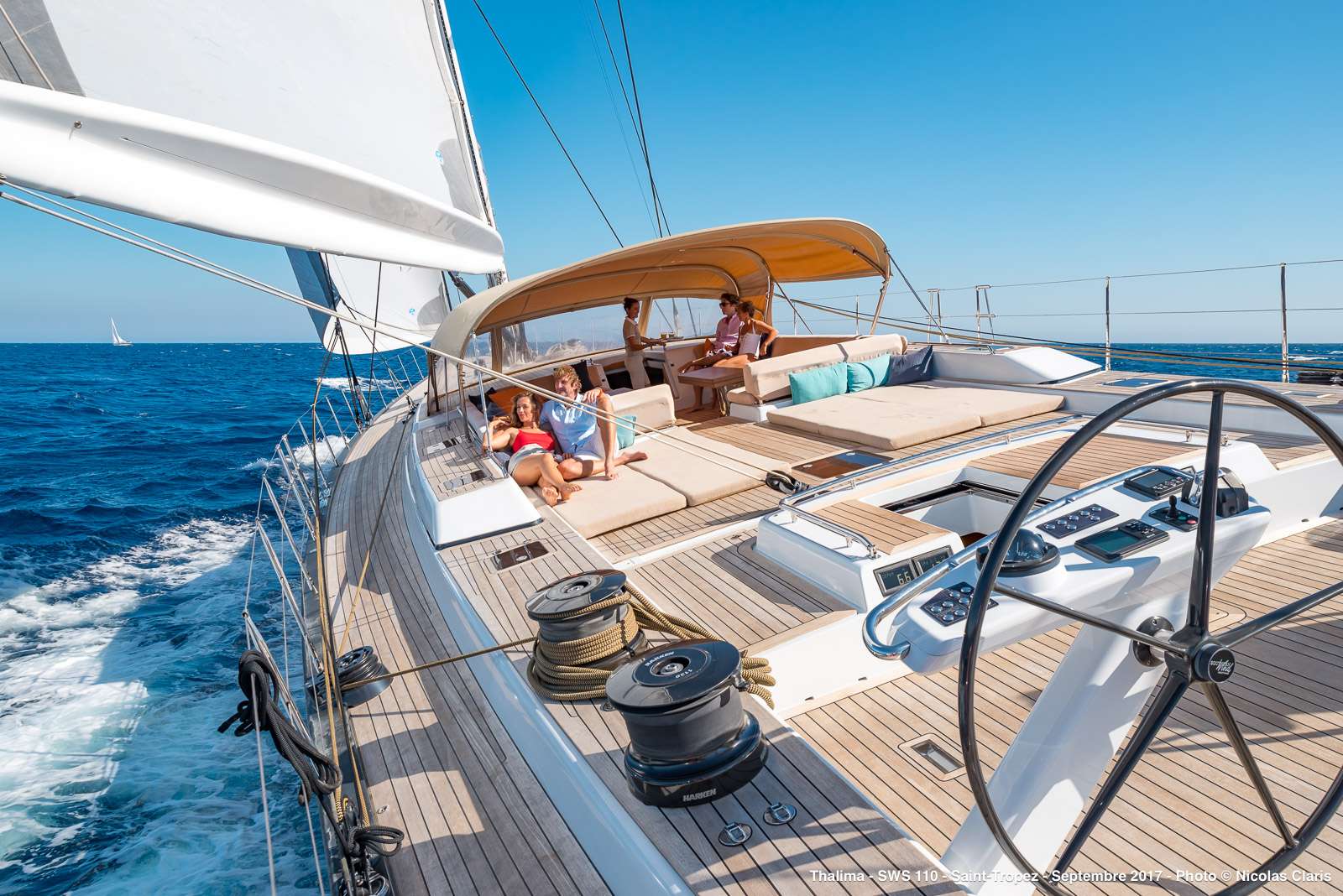 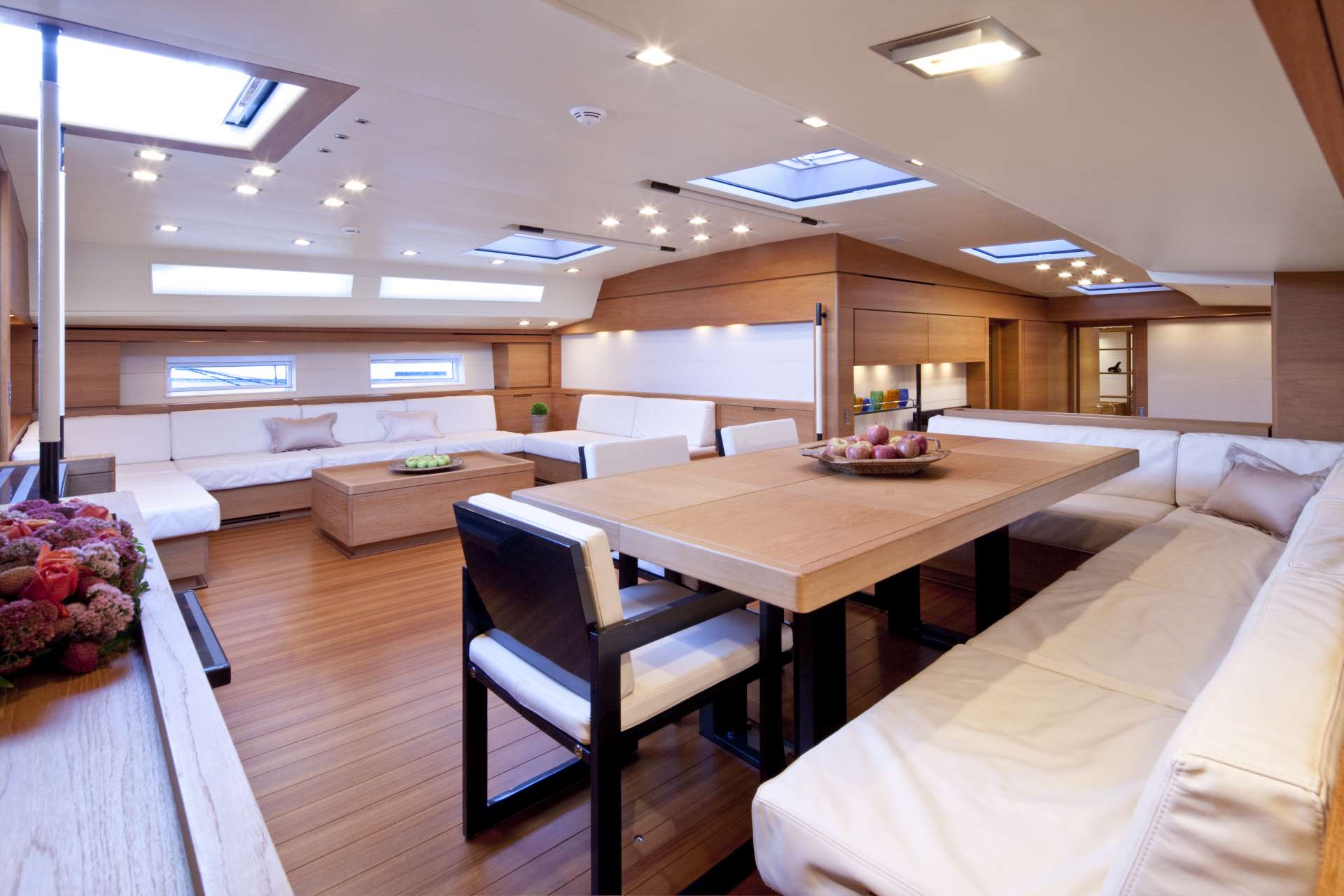 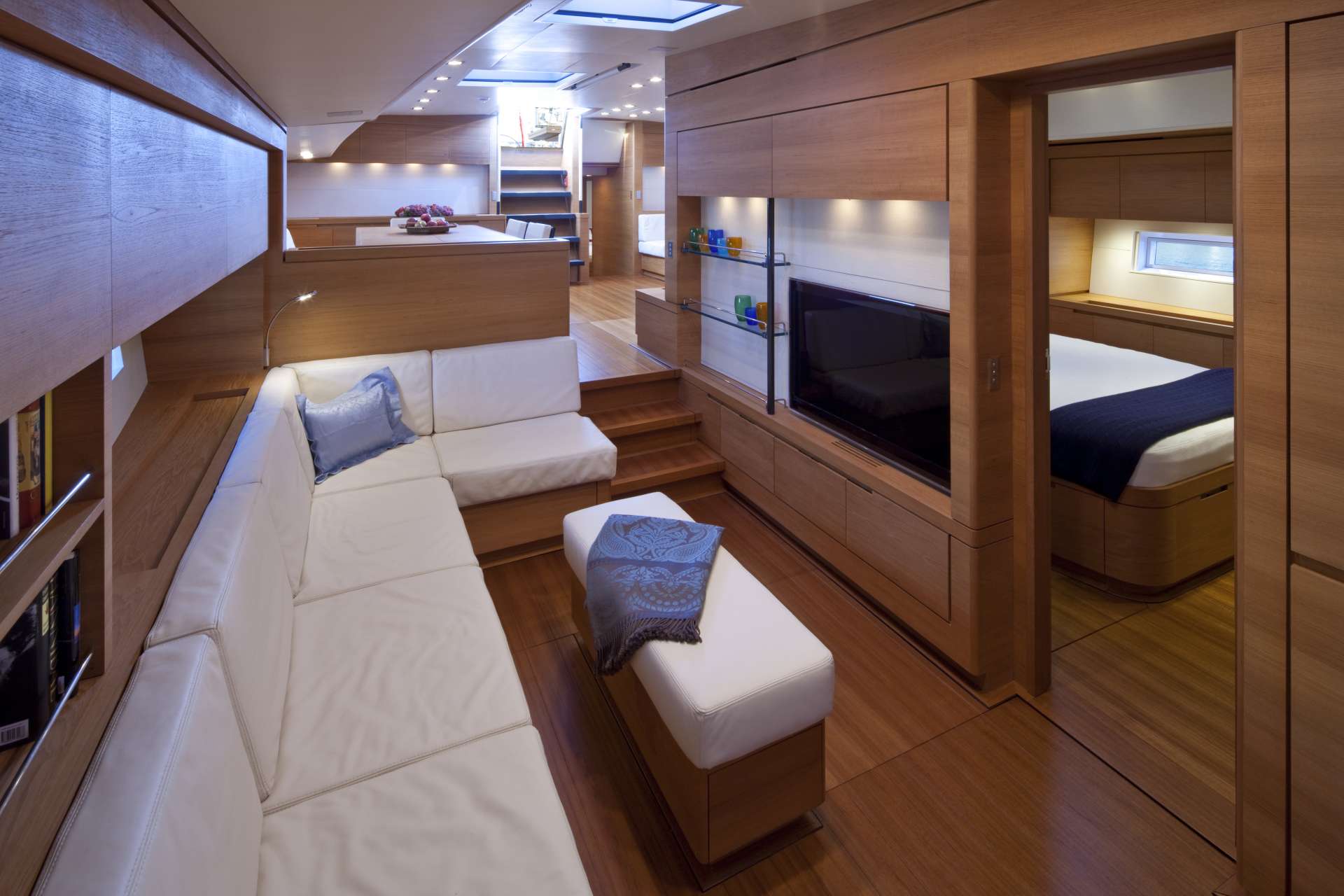 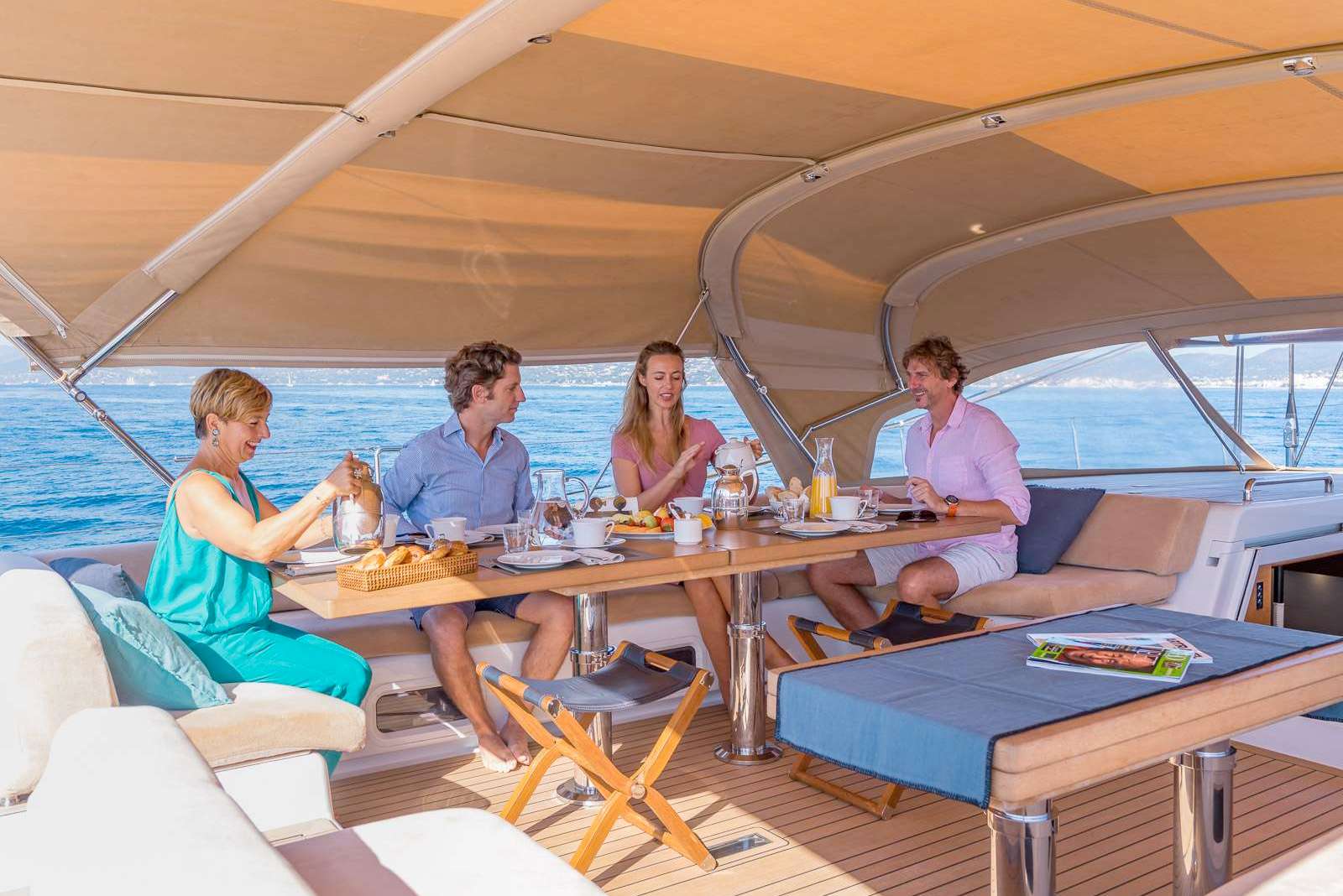 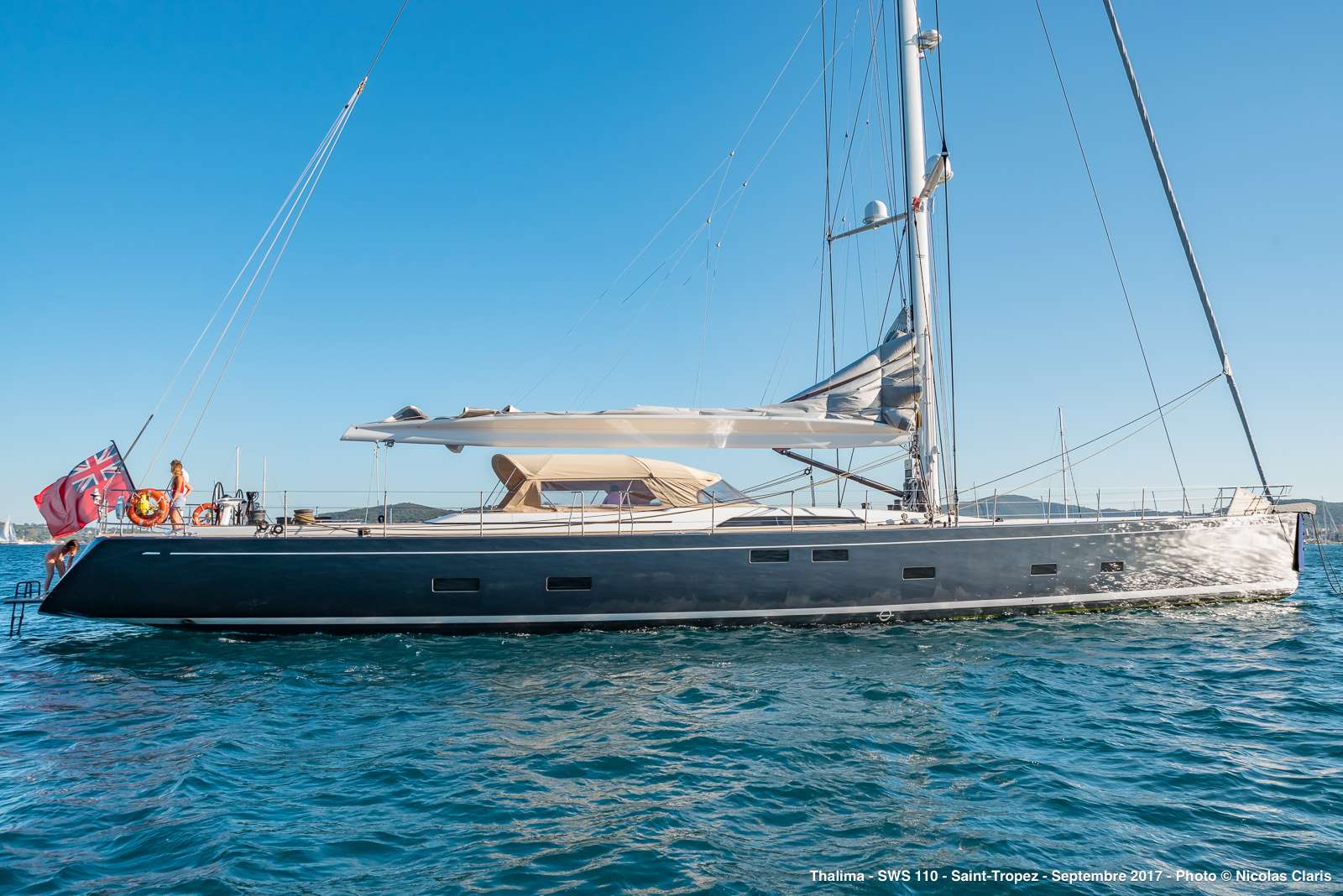 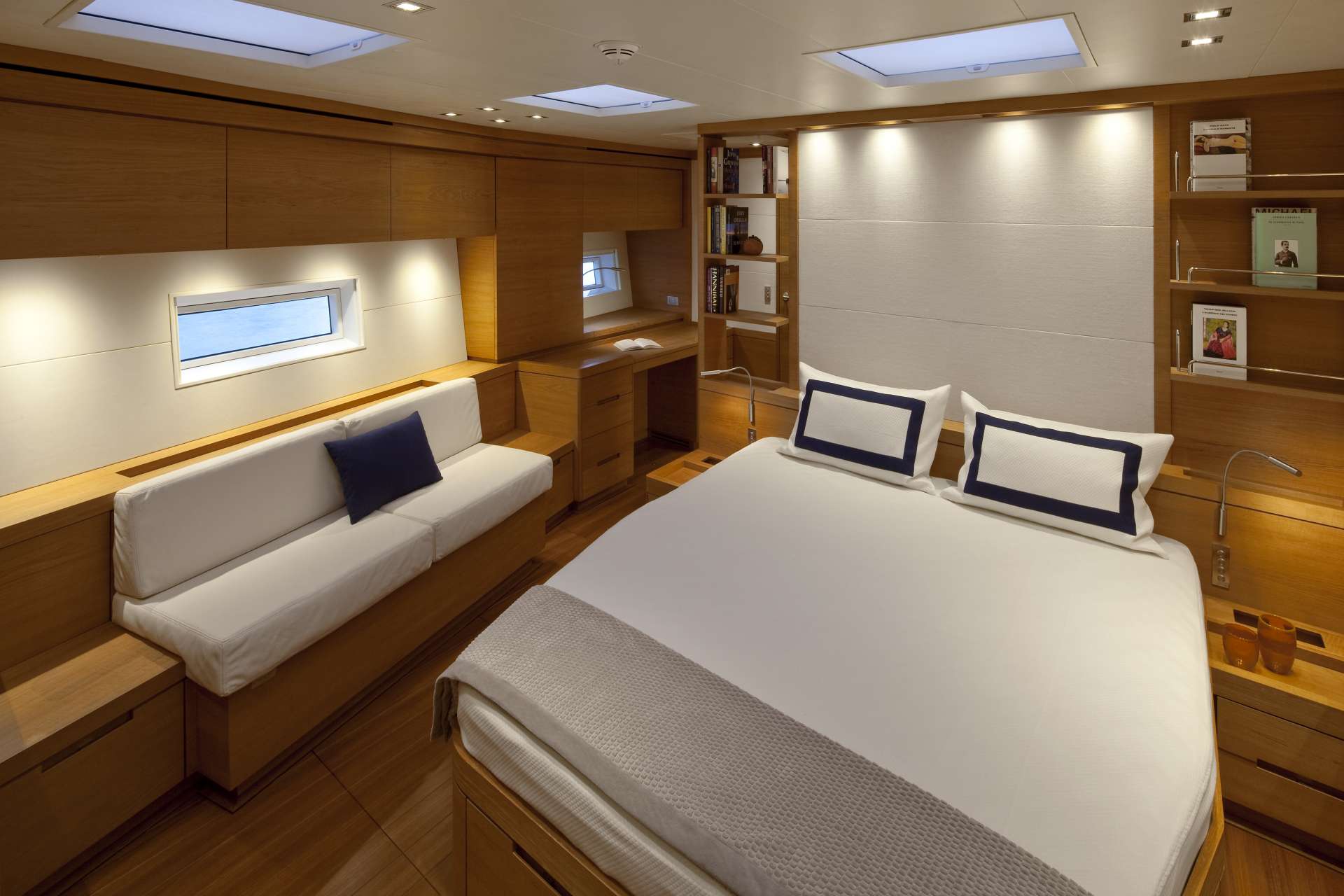 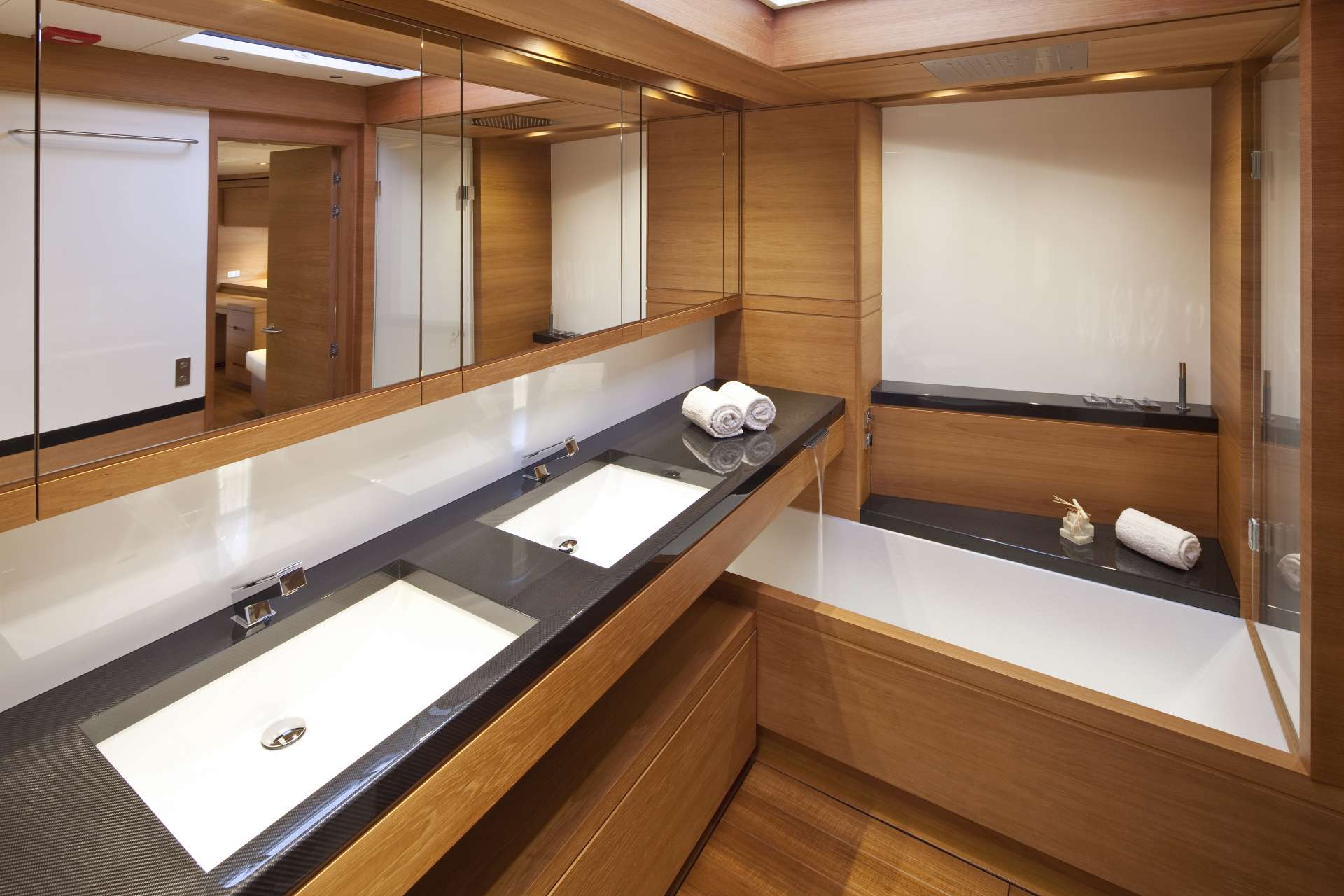 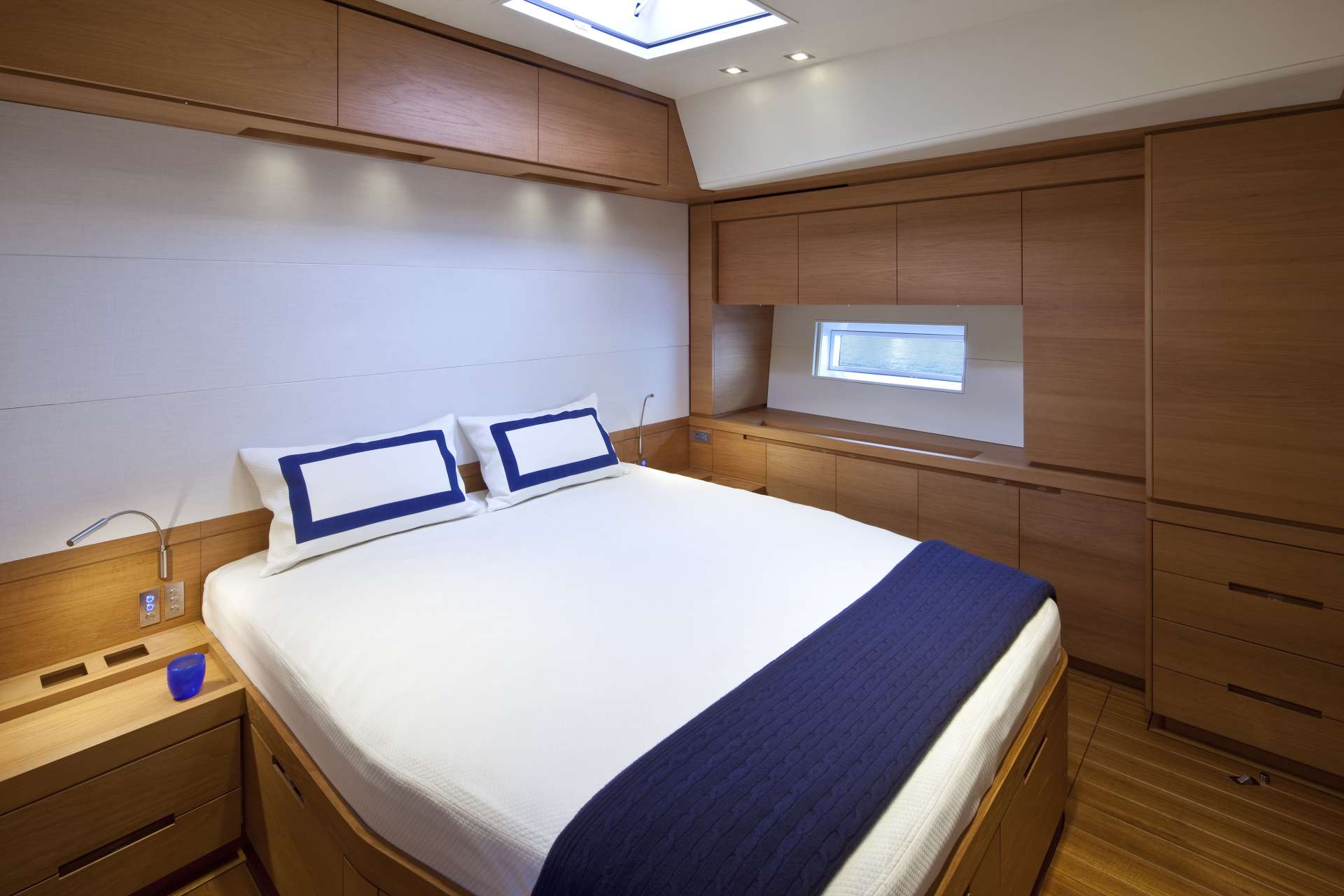 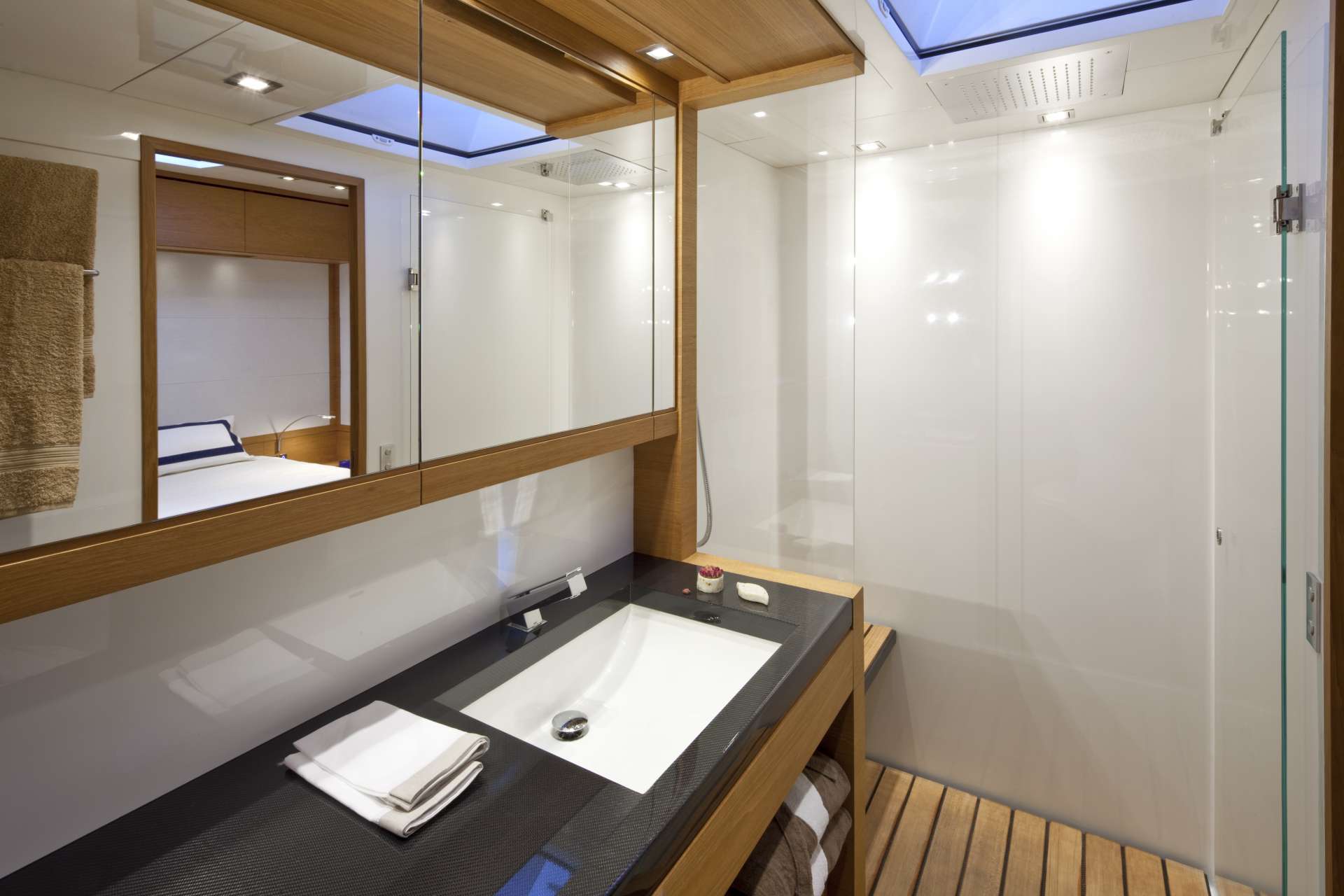 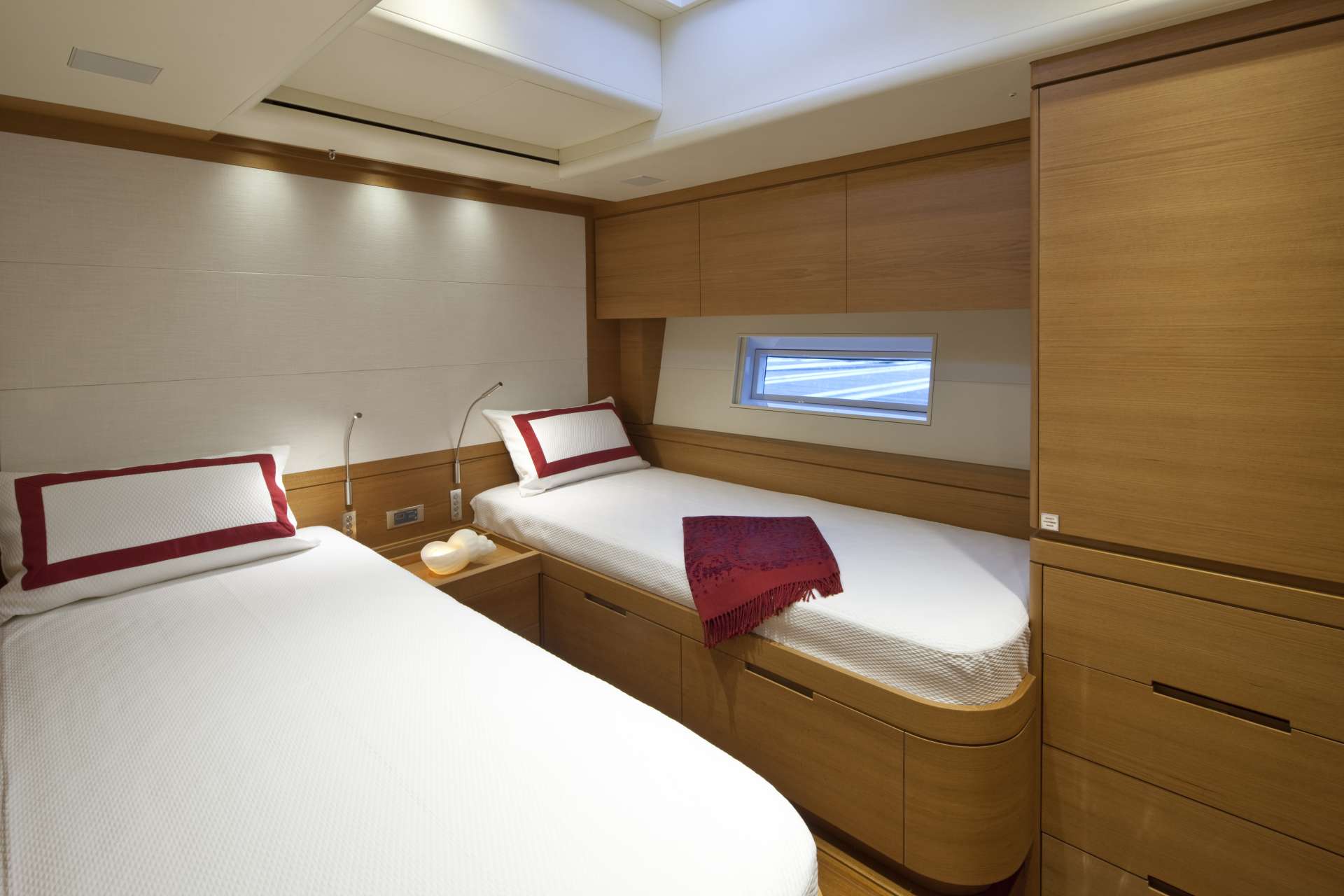 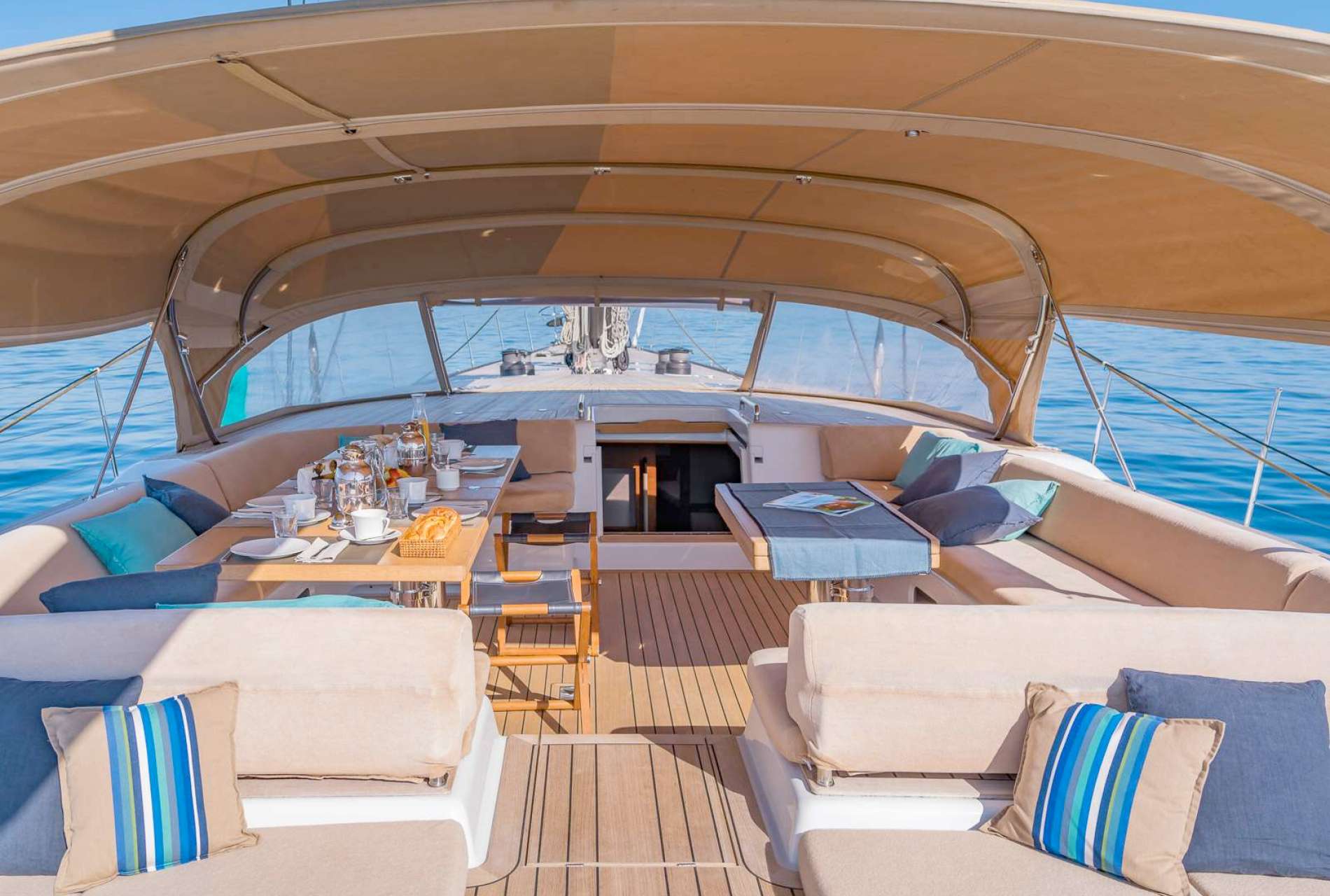 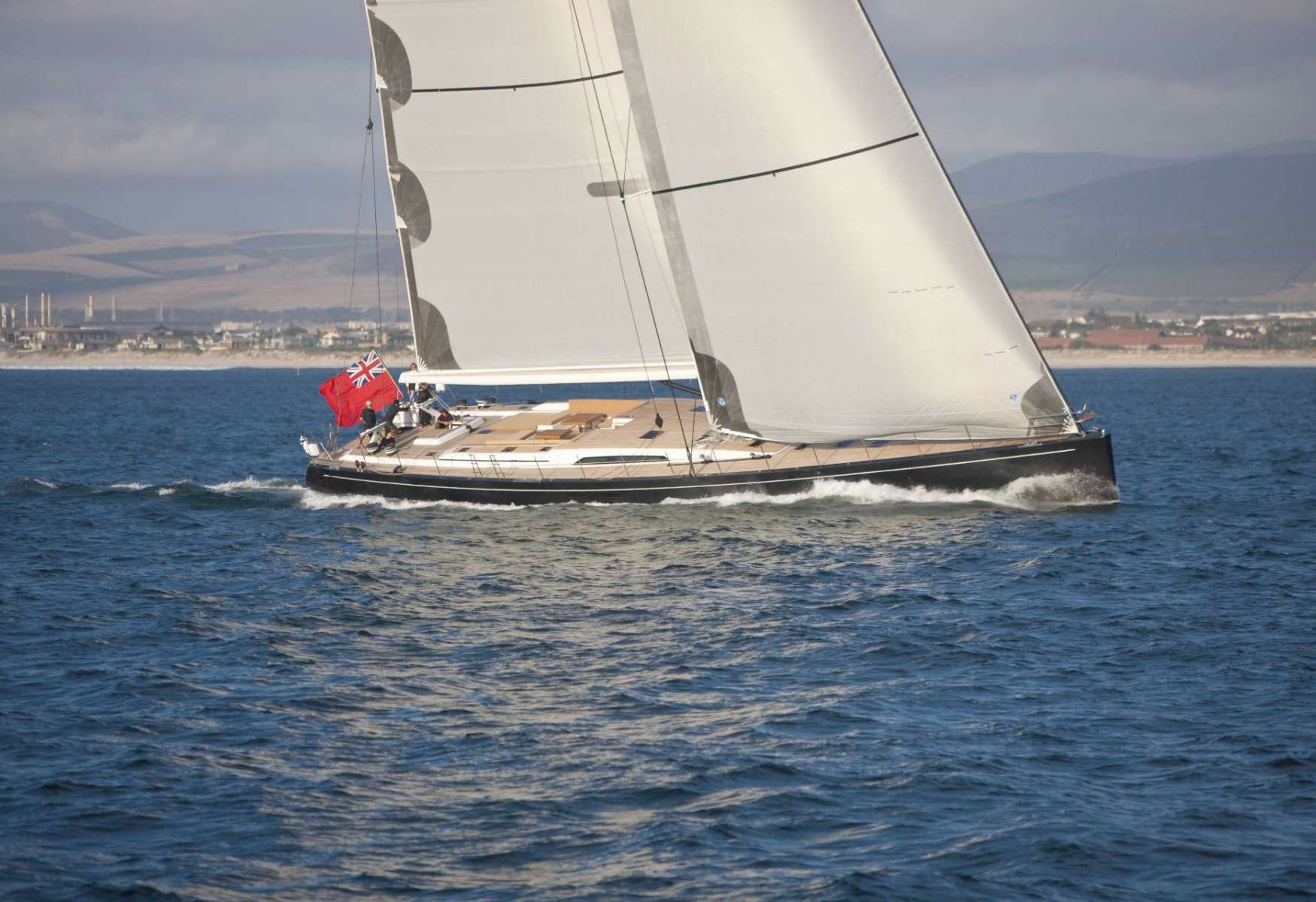 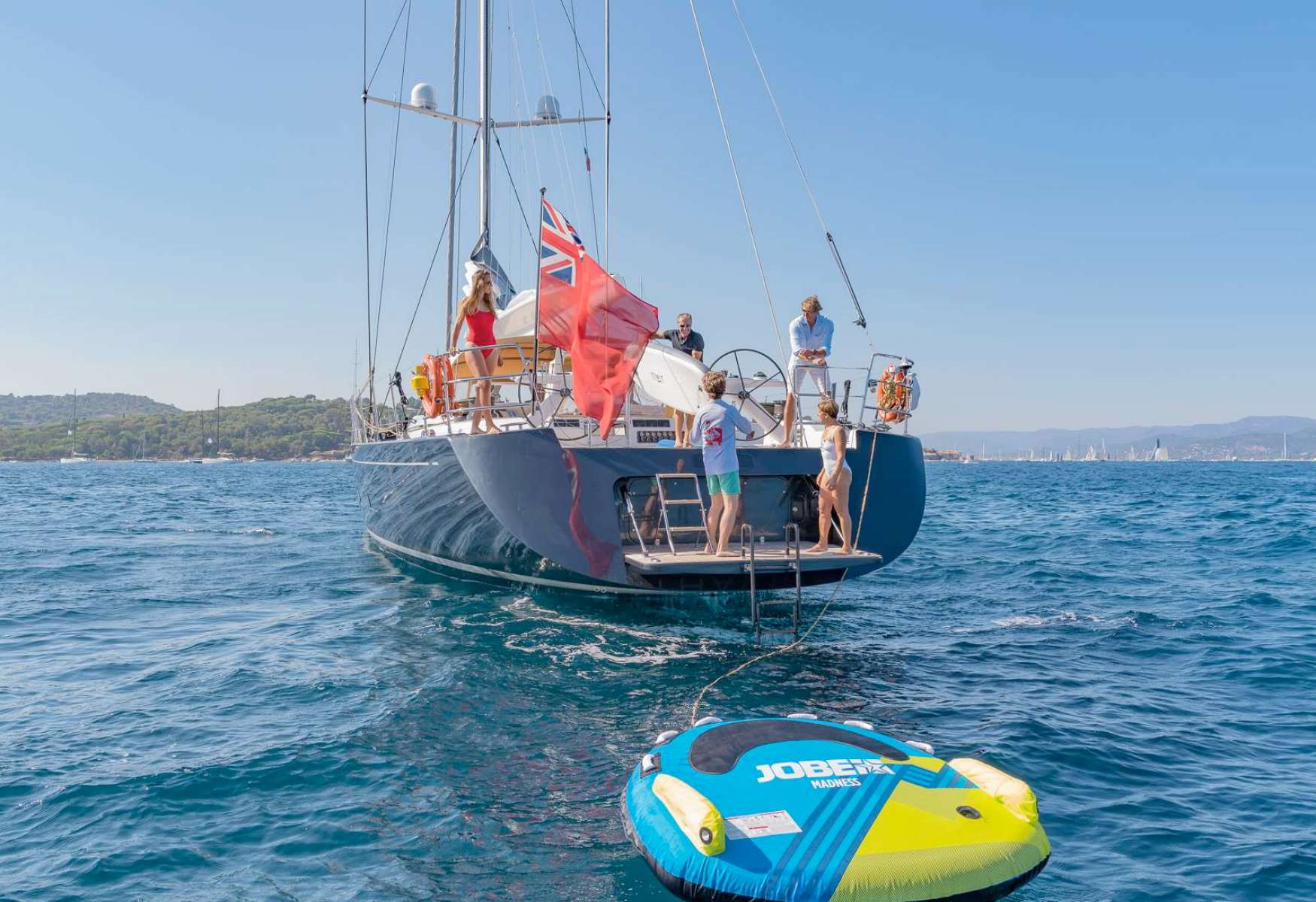 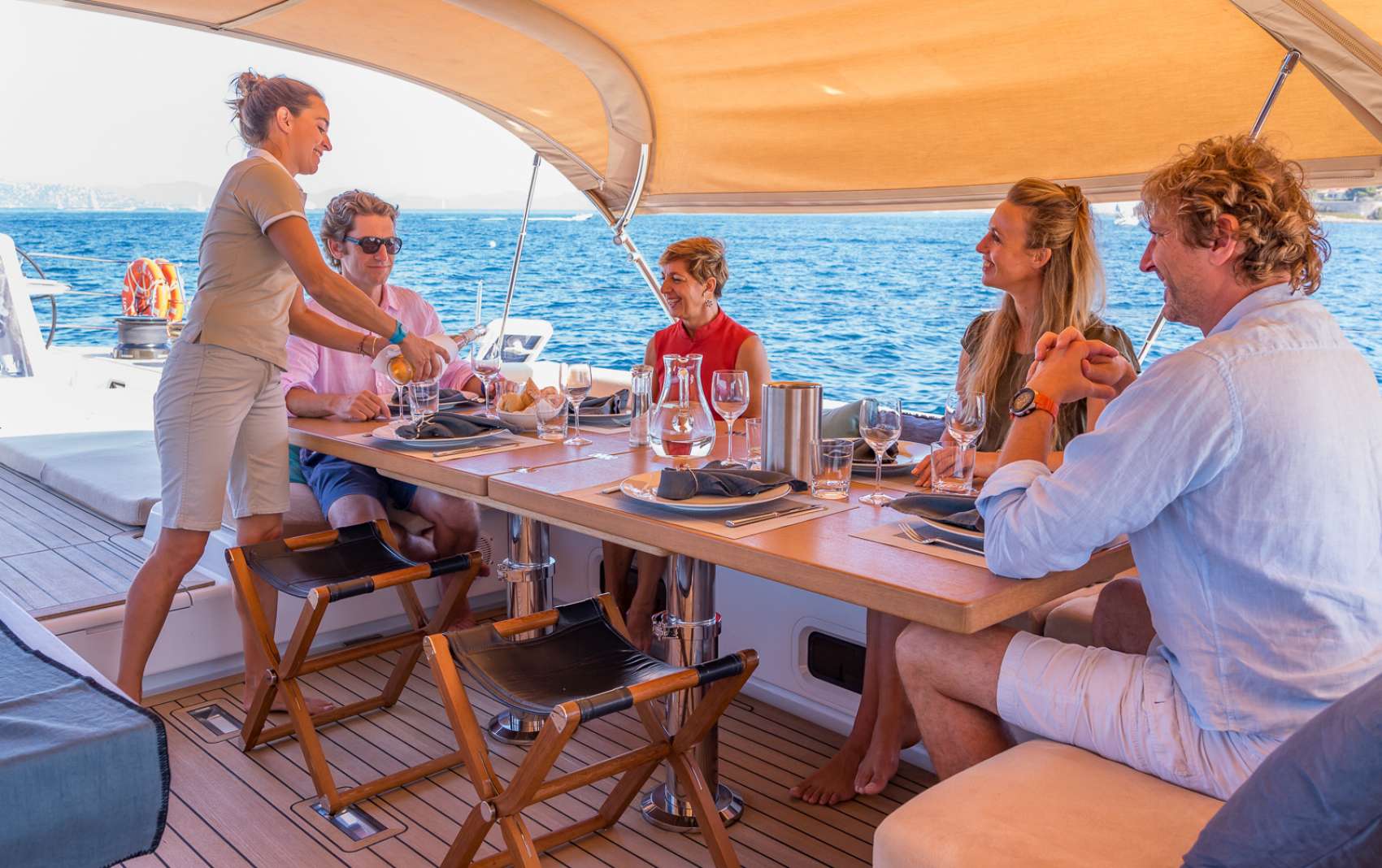 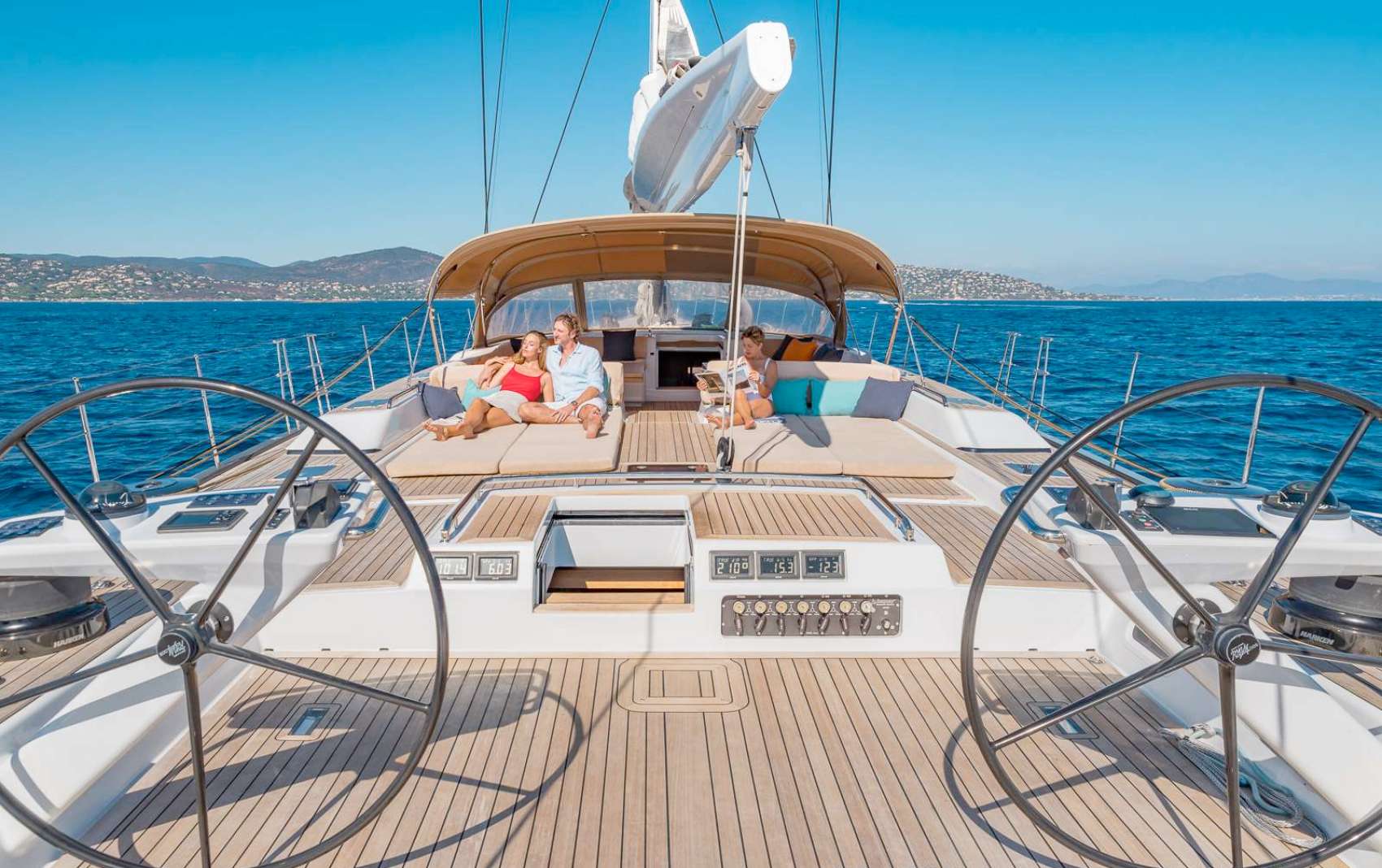 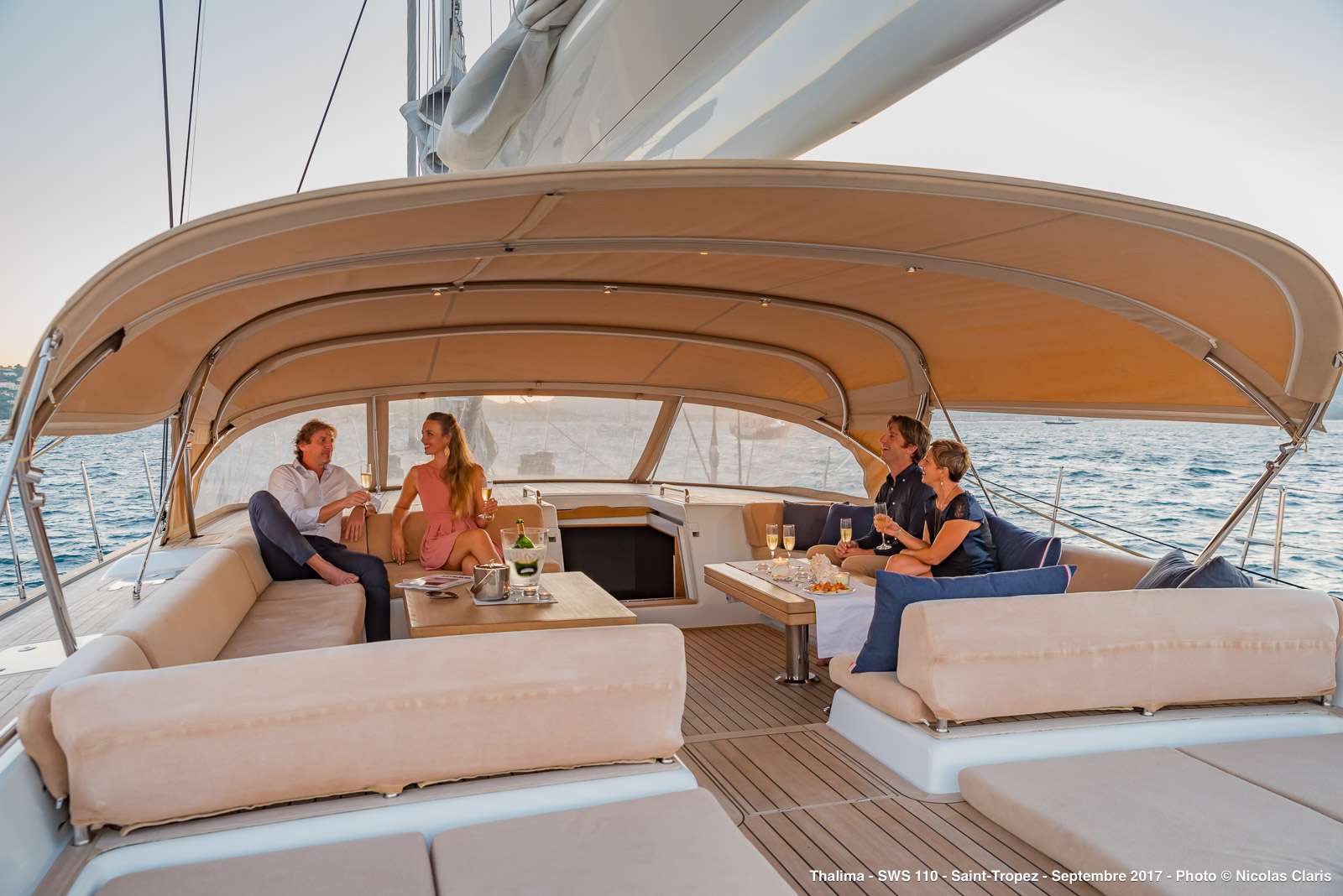 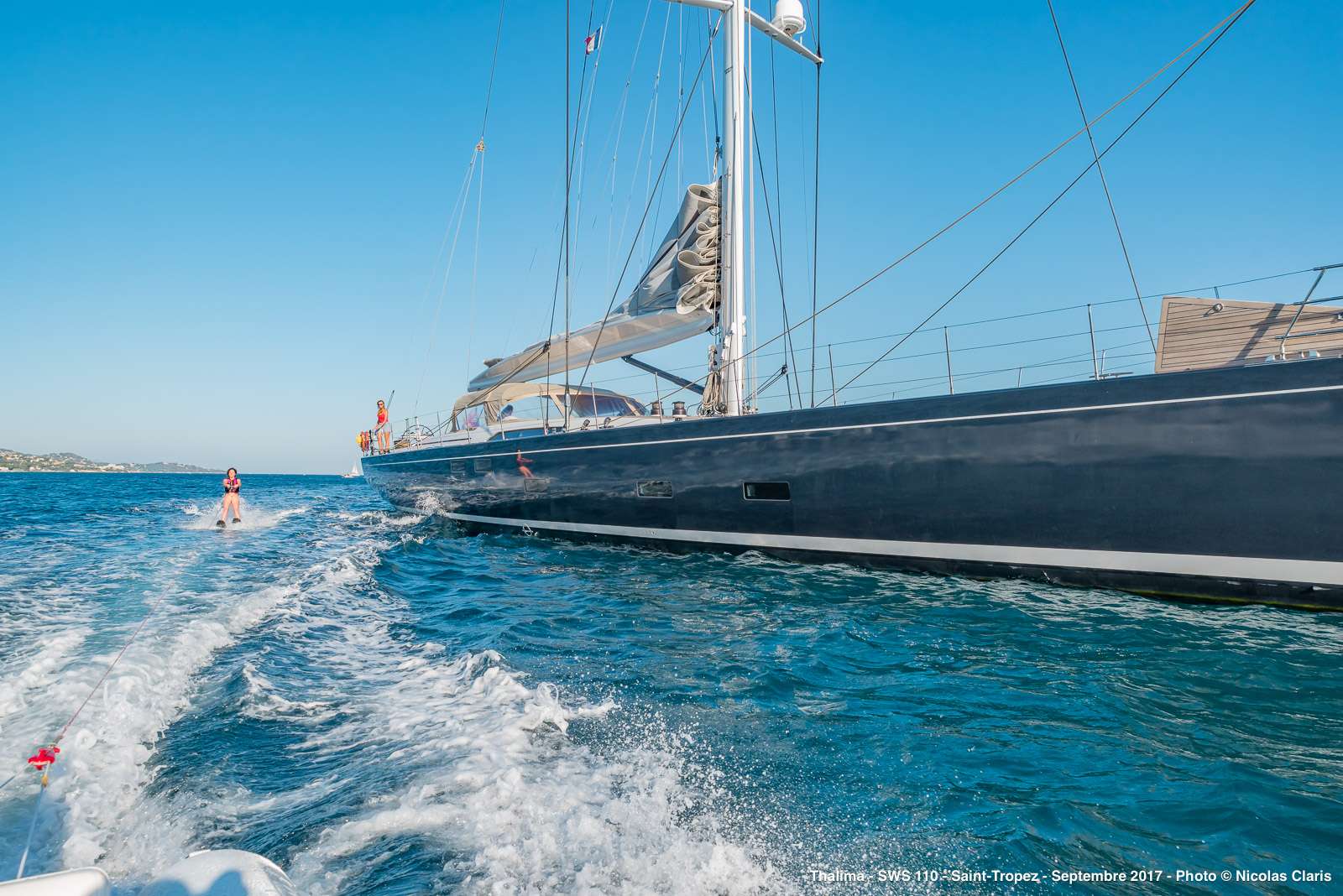 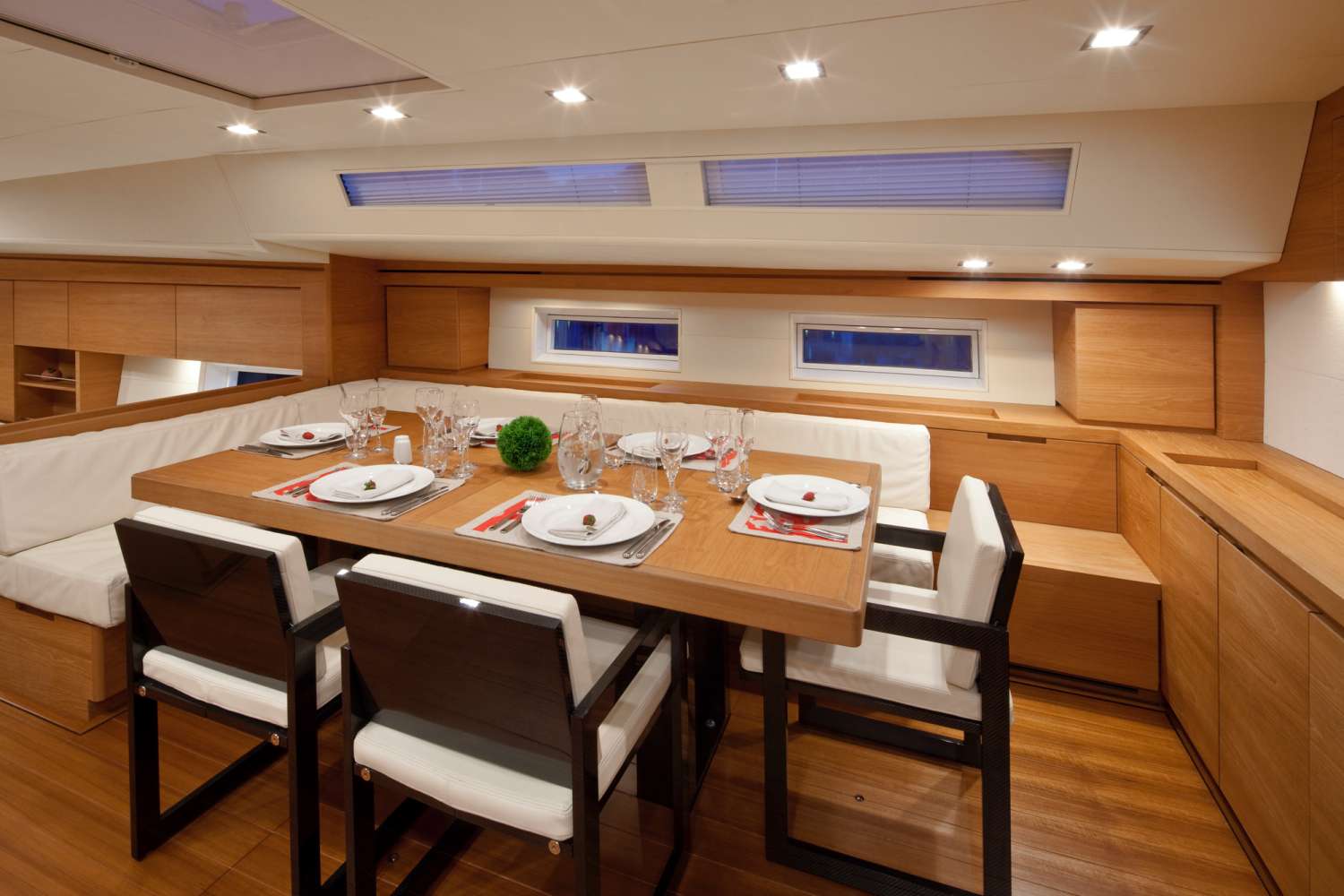 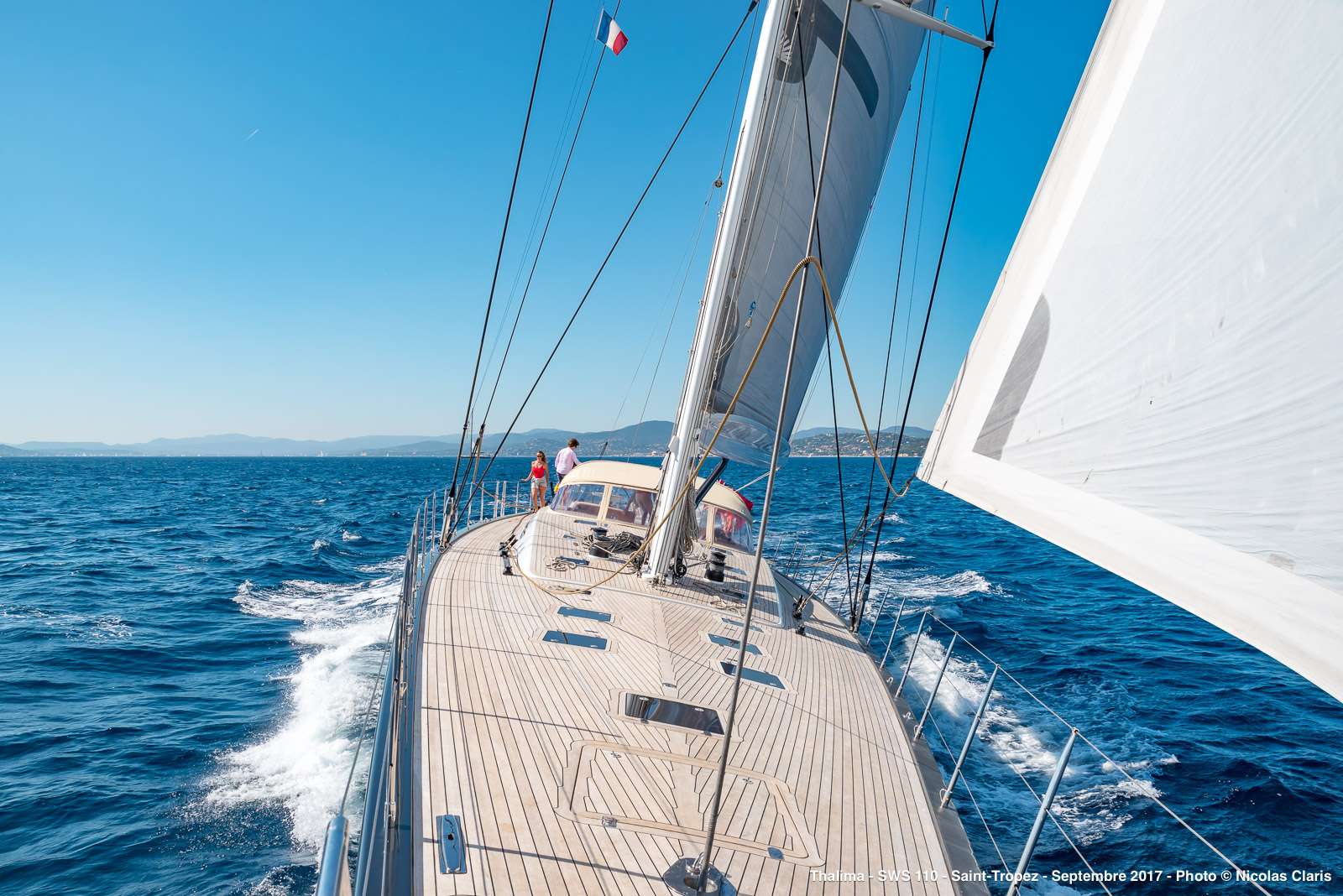 THALIMA offers accommodation for up to 8 guests with :
– A Master cabin: with a king-size bed and a full beam bathroom (with bath, bidet) with led light therapy.
– A VIP cabin: with a king-size bed and a spacious bathroom with carbon-fibre sinks and also with led light therapy.
– 2 Twin bed cabins, both with en-suite bathroom.
In the main interior THALIMA has a dining area, large saloon and a warm TV lounge with U-shaped sofa, flat screen TV and built-in audio system.

Other Entertainment: Led light therapy within the master and VIP bathroom
Tube and shower in the master cabin
Bottles Wine cooler
Icemaker & watermaker

Large screen TV in the lounge, in the master and in the VIP cabin. Movies library available to all of them.
Bluetooth system controlled by iPad and guests’s cell phone or iPod.

Eddy started travelling at a young age with his parents and his love for sailing began when he started taking up the sport through his school. He had his first racing experience, aged ten, on an Optimist sailboat, and continued racing on many kinds of boats – such as a 470 Tornado and single-handed offshore boats.
After some years as a sailing instructor, he came ashore and took a job leading a team in the medical assistance field.
Despite having a successful life in Barcelona, the call of the sea drew him back to his first love – sailing!
He has worked on a variety of high profile boats from prestigious yachts such as S/Y AMAALTA, 86’ maxi racing boat in the 1990s, through S/Y CAP II, CNB 76’ for more than 4 years, to MAITA’Ï, a 74’ catamaran.
During this busy time, he skippered MINISKIRT, a 105’ Ron Holland for over 6 months in the Caribbean and Mediterranean.
He has also carried out many deliveries, logging 15 Atlantic crossings to gain experience.
He knows the Eastern and Western Mediterranean, Croatia and the Balearics well, and has also cruised the entire Caribbean, encompassing a career of 20 years of yachting and more than 13 years in the charter industry. He developed excellent skills, with a keen eye for detail to ensure every cruise is unique and custom-made for each guest. Guests’ comments praise his charter skills to a very high level.
Onboard S/Y LEO, CNB 76 from 2014 to 2017, Eddy holds a Yacht Masters 200 tons unlimited license, and is fluent in English, French, and Spanish.
During those 4 exciting and adventurous years of intensive charters and owner cruises on Léo, he built a good relationship with the owner who acquired S/Y THALIMA in 2017.
Eddy likes his busy life and embraces hard work with vitality and enthusiasm. Still, the best thing about Captain Eddy Guzman is his winning smile and “can do” personality, coupled with his hands-on capability with sailing and mechanics to ensure an excellent time on board S/Y THALIMA.

Details to come regarding the rest of the crew 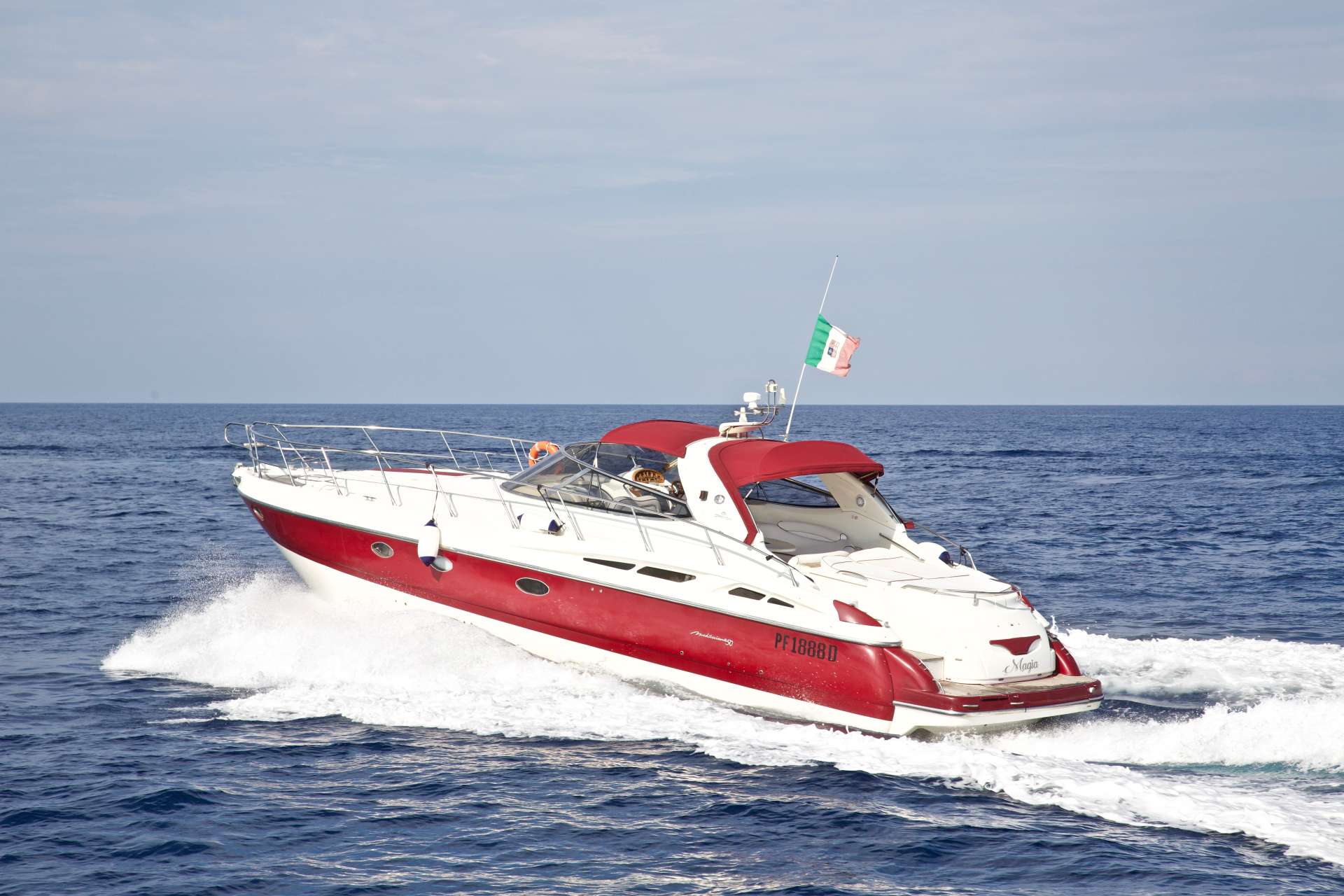