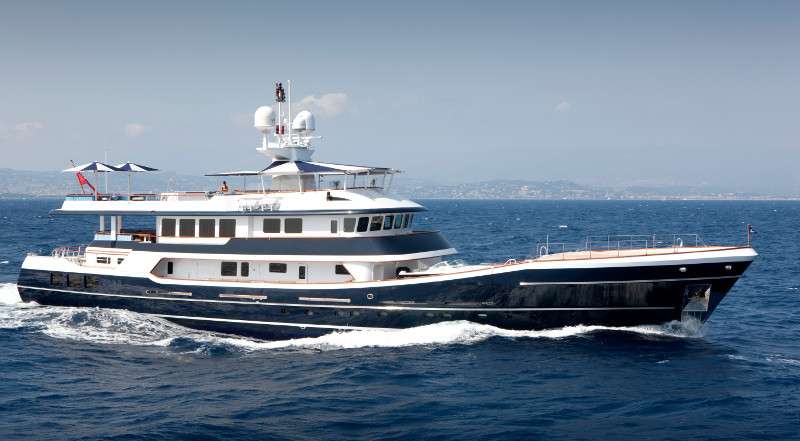 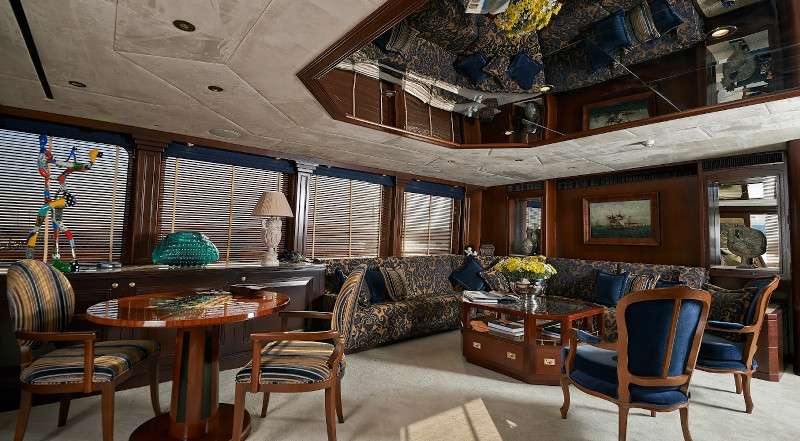 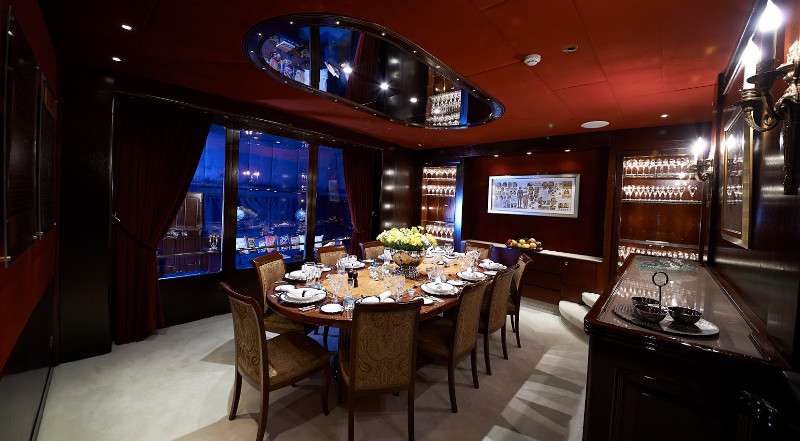 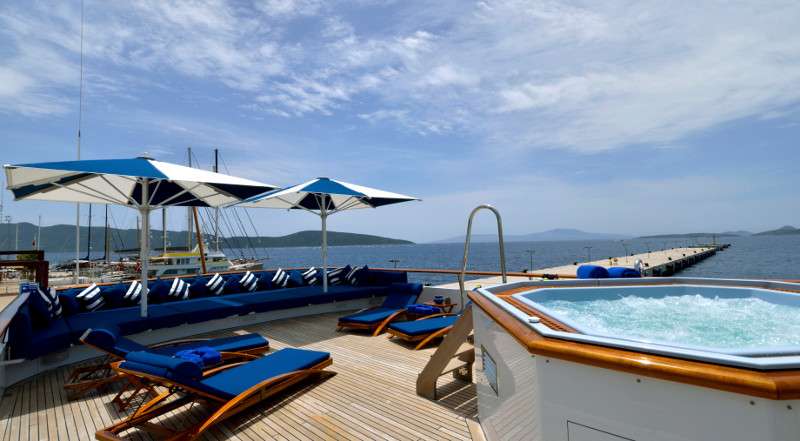 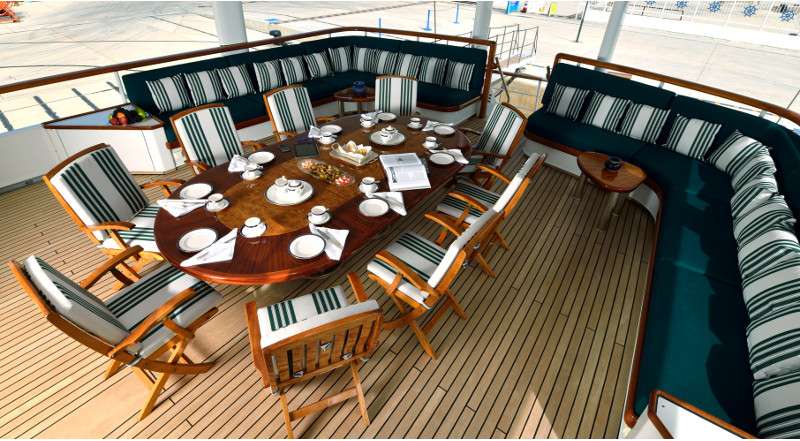 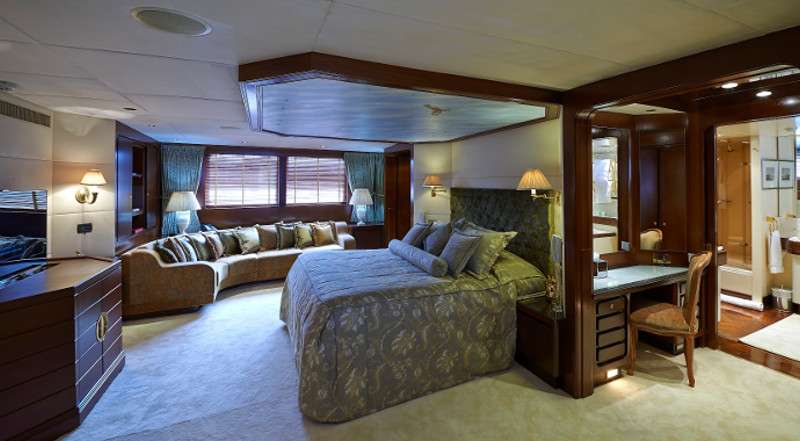 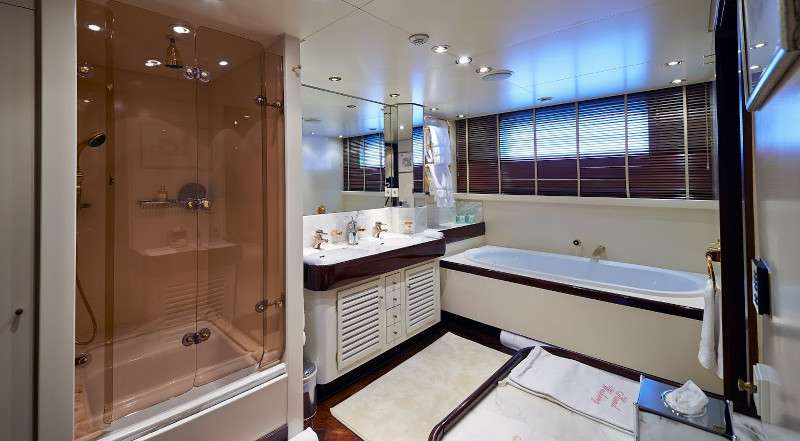 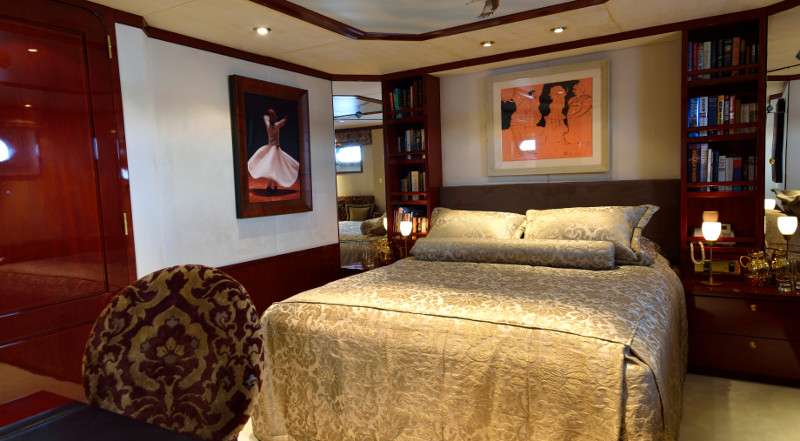 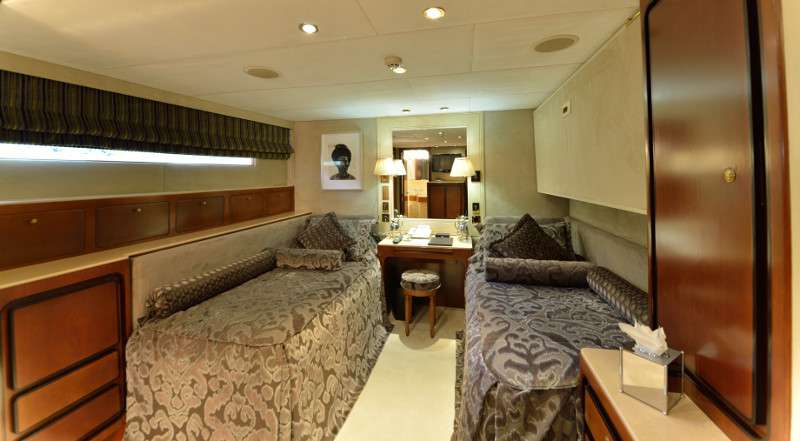 Accommodation is provided for 12 guests in 5 suites.
OWNER Situated on the forward main deck, access via the main lobby. Comprising an owners office and a large ensuite bathroom.
GUESTS Situated on the lower deck comprising 2 x doubles and 2 x twins, all ensuite.

Captain – Phil Gowing – British
Phil comes from a family with a seafaring tradition, his father was a marine engineer and his grandfather worked in the shipyards and ports of north east England. His love of the sea began at early age windsurfing, sailing and spear fishing around the British Isles. He became a keen scuba diver in his early 20s and travelled to many top dive destinations of the world as he indulged his passion. Phil also played rugby to a high level winning representative honours in both rugby leave and union. He joined the yachting industry in 2005 and has worked on a variety of sail boats, motor yachts and dive boats in the South Pacific, Caribbean and Mediterranean. He joined TMB in 2010 and has been Captain since 2013. Phil and his crew would love to welcome you aboard for a holiday to remember.