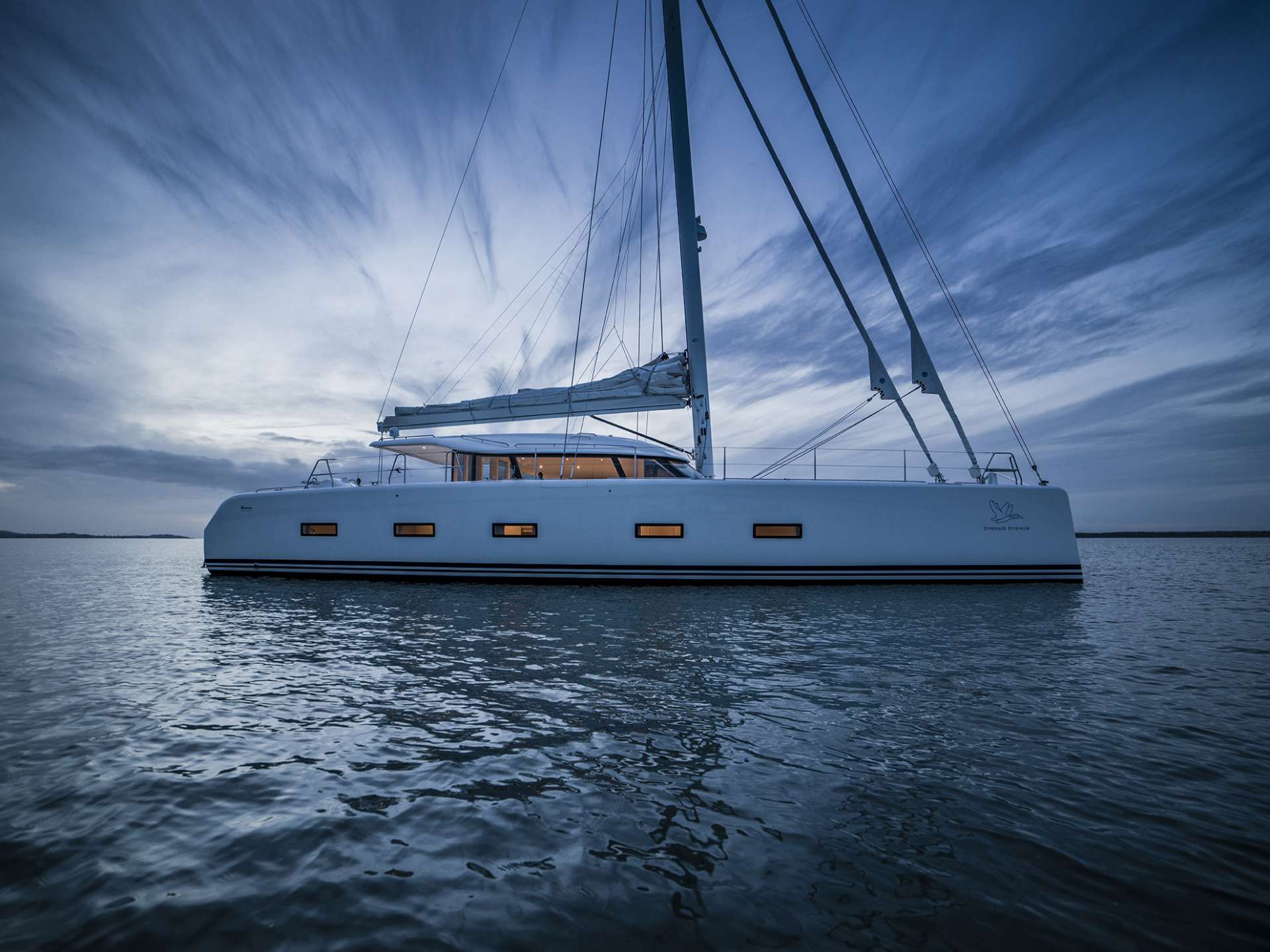 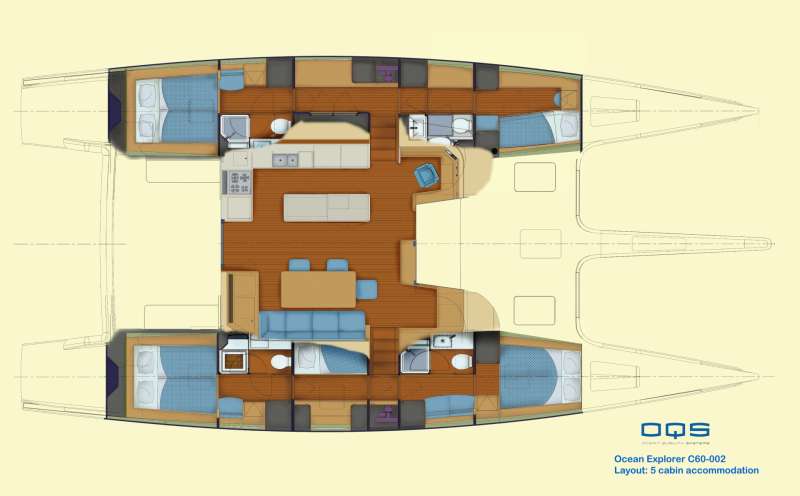 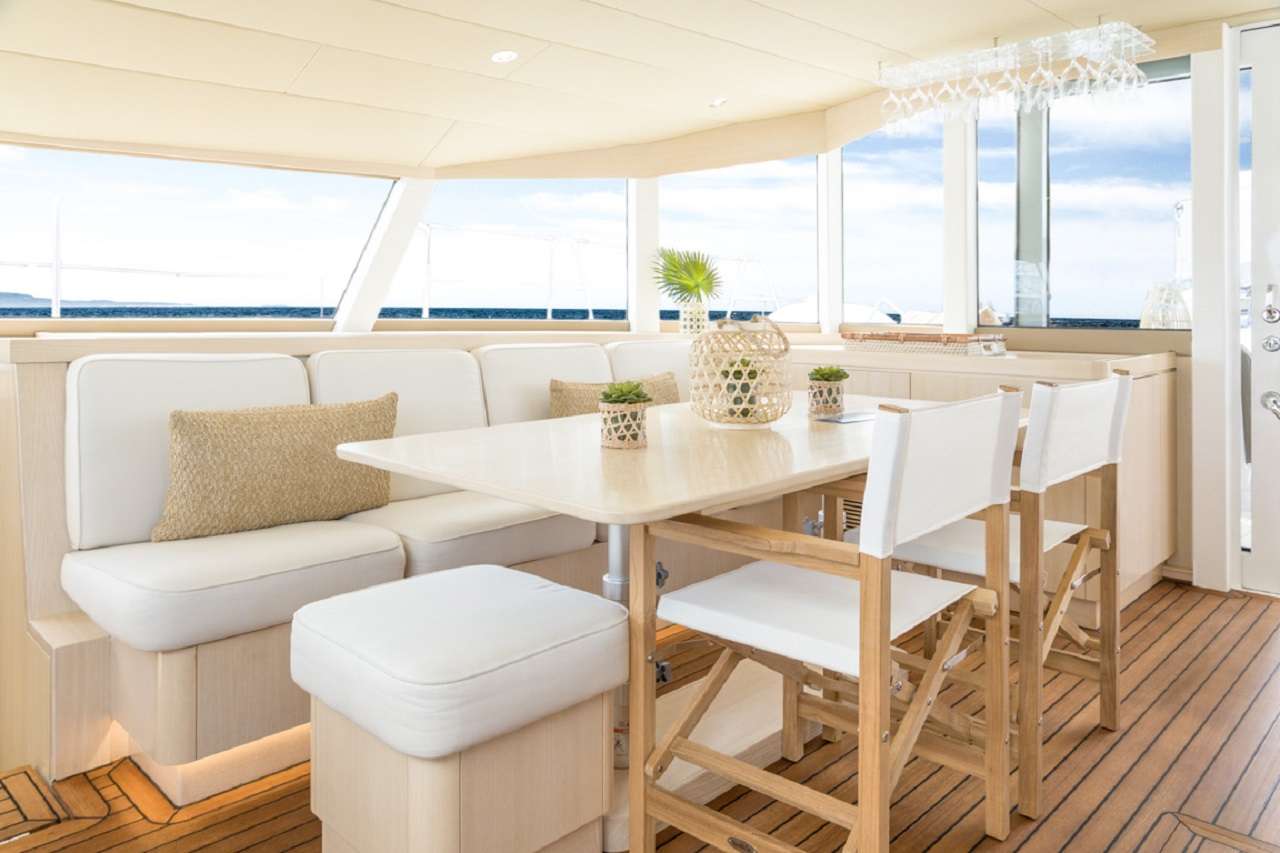 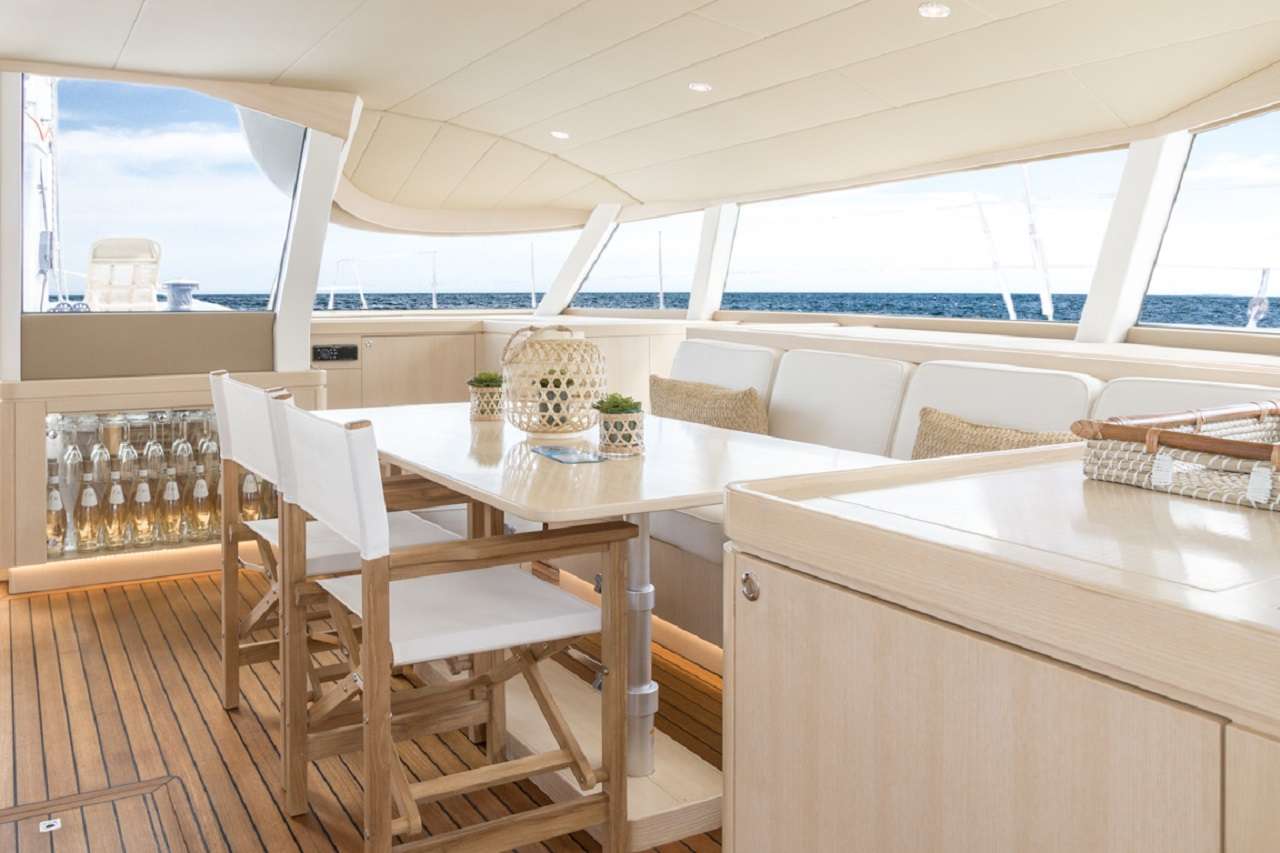 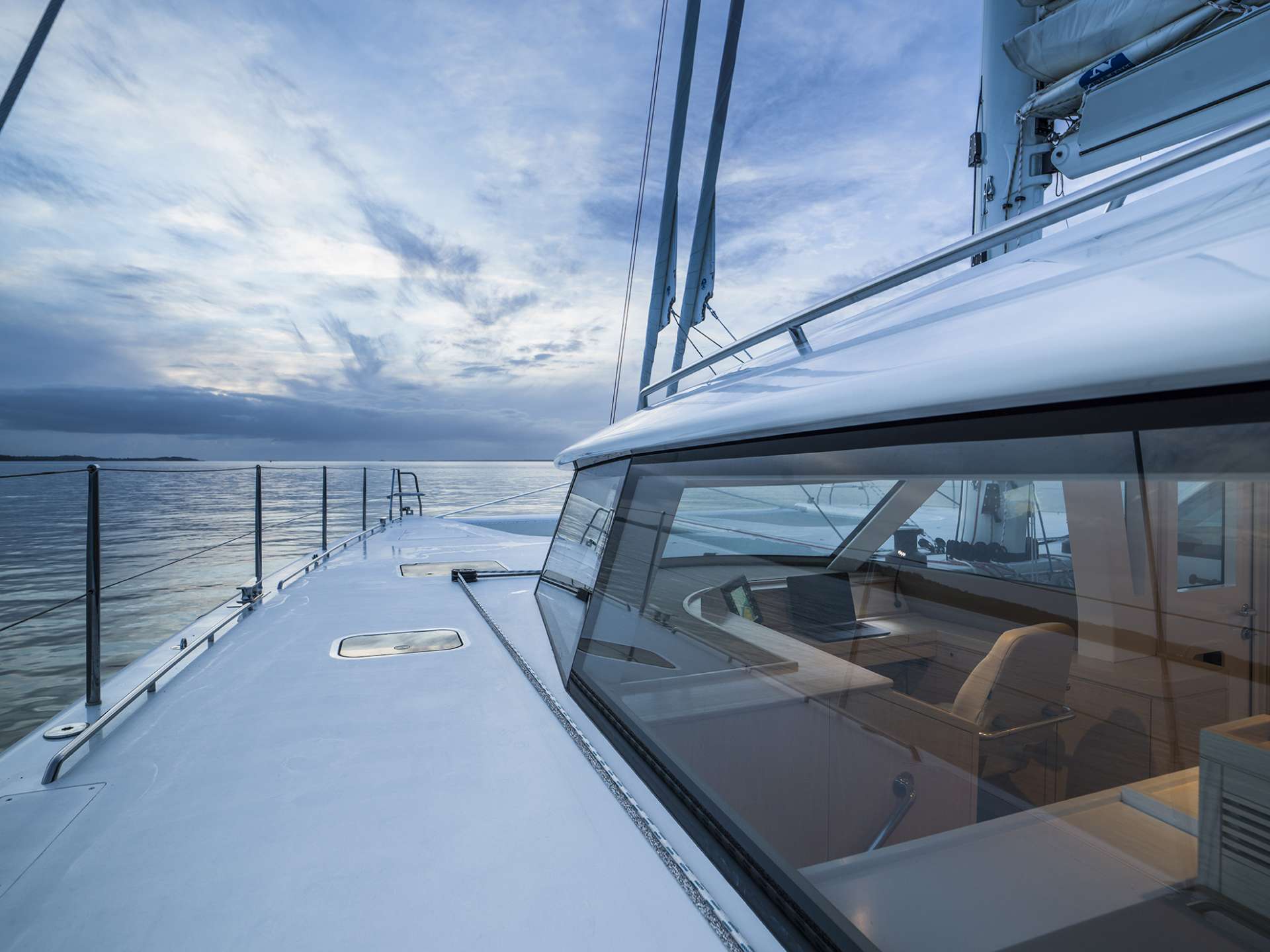 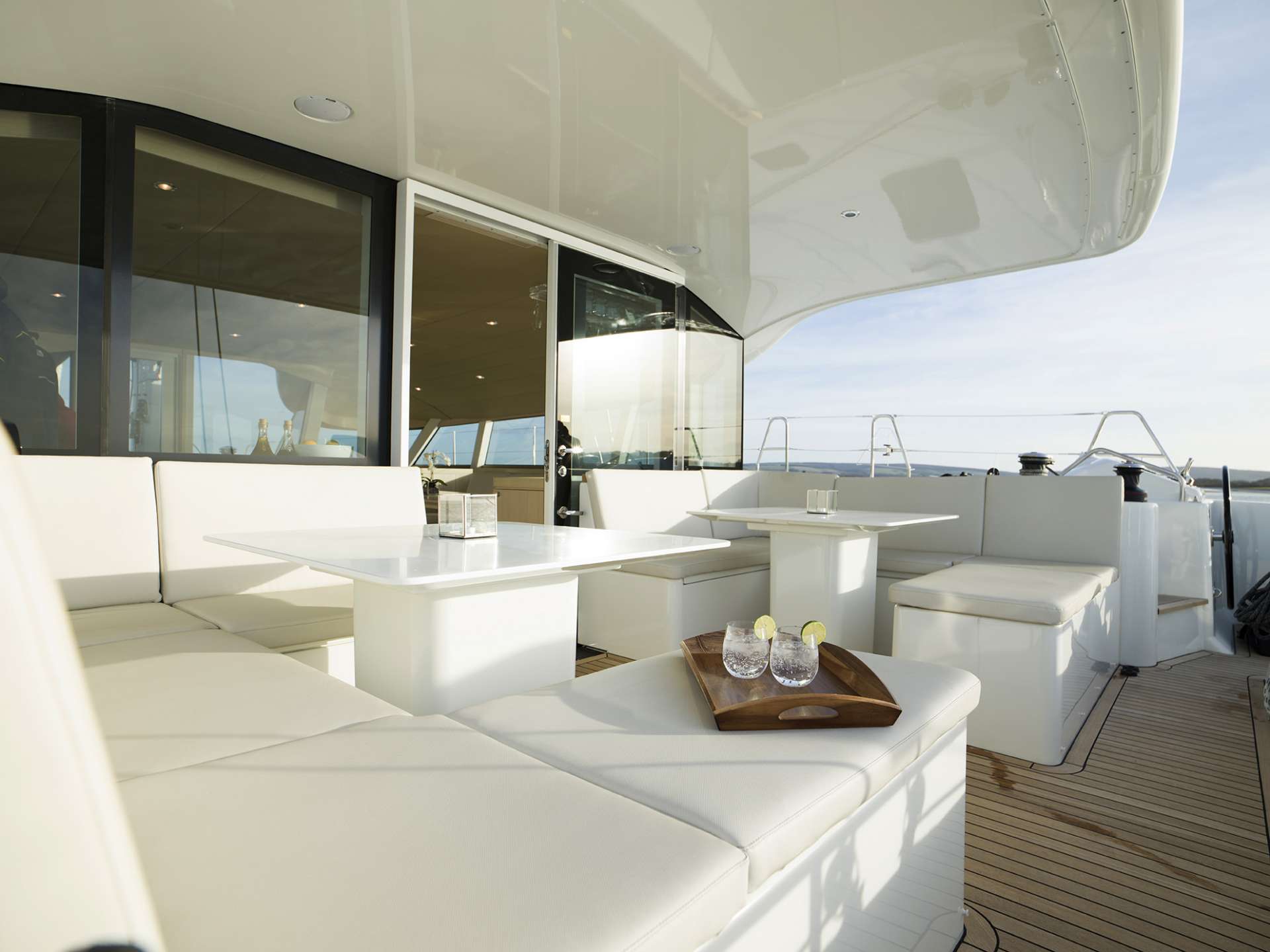 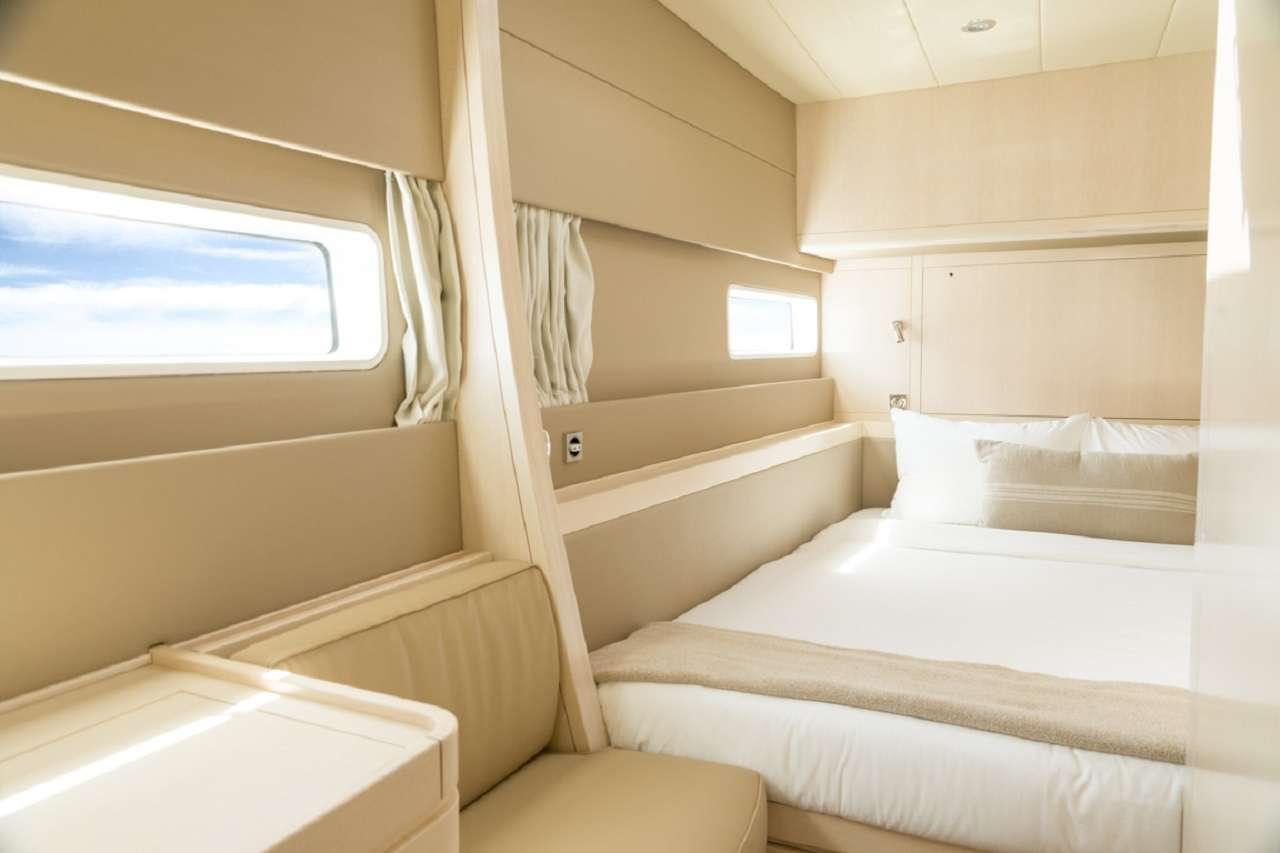 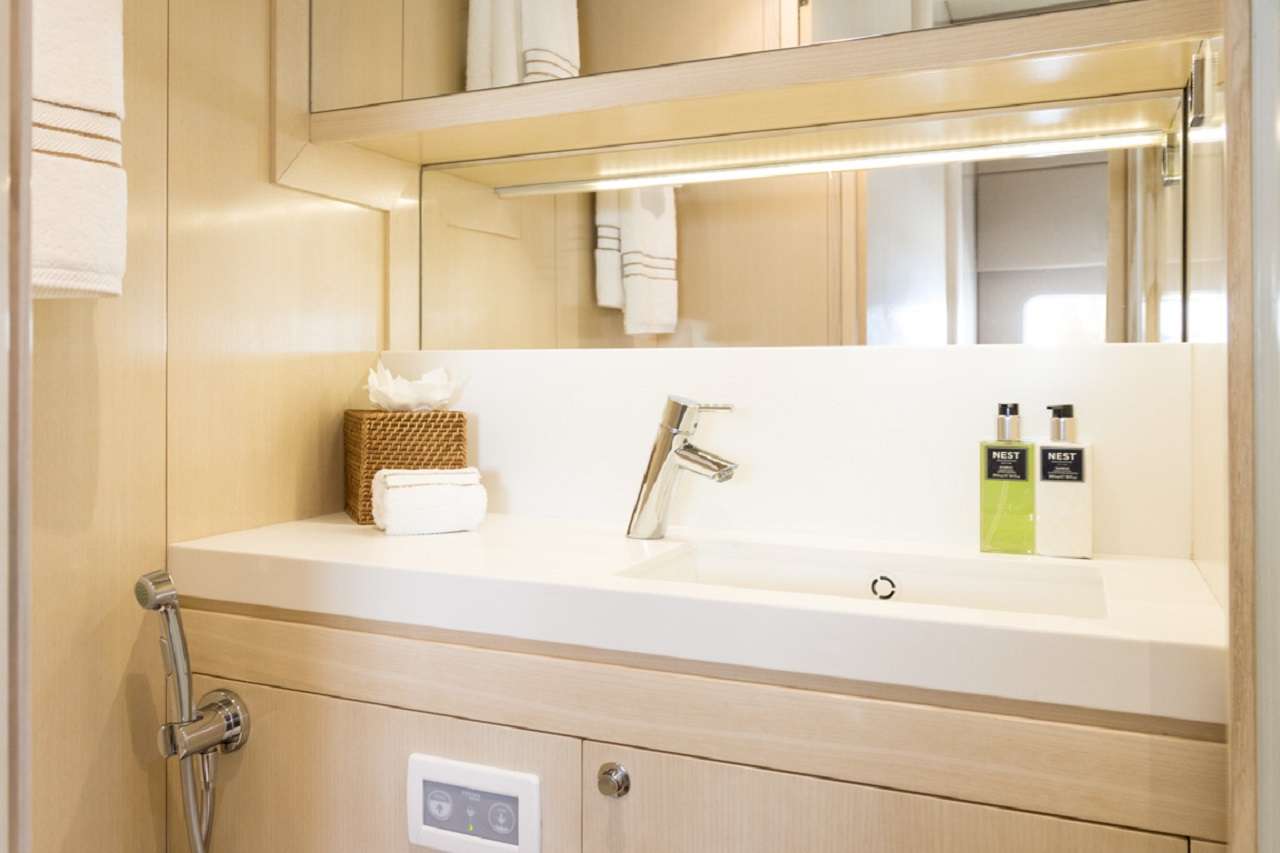 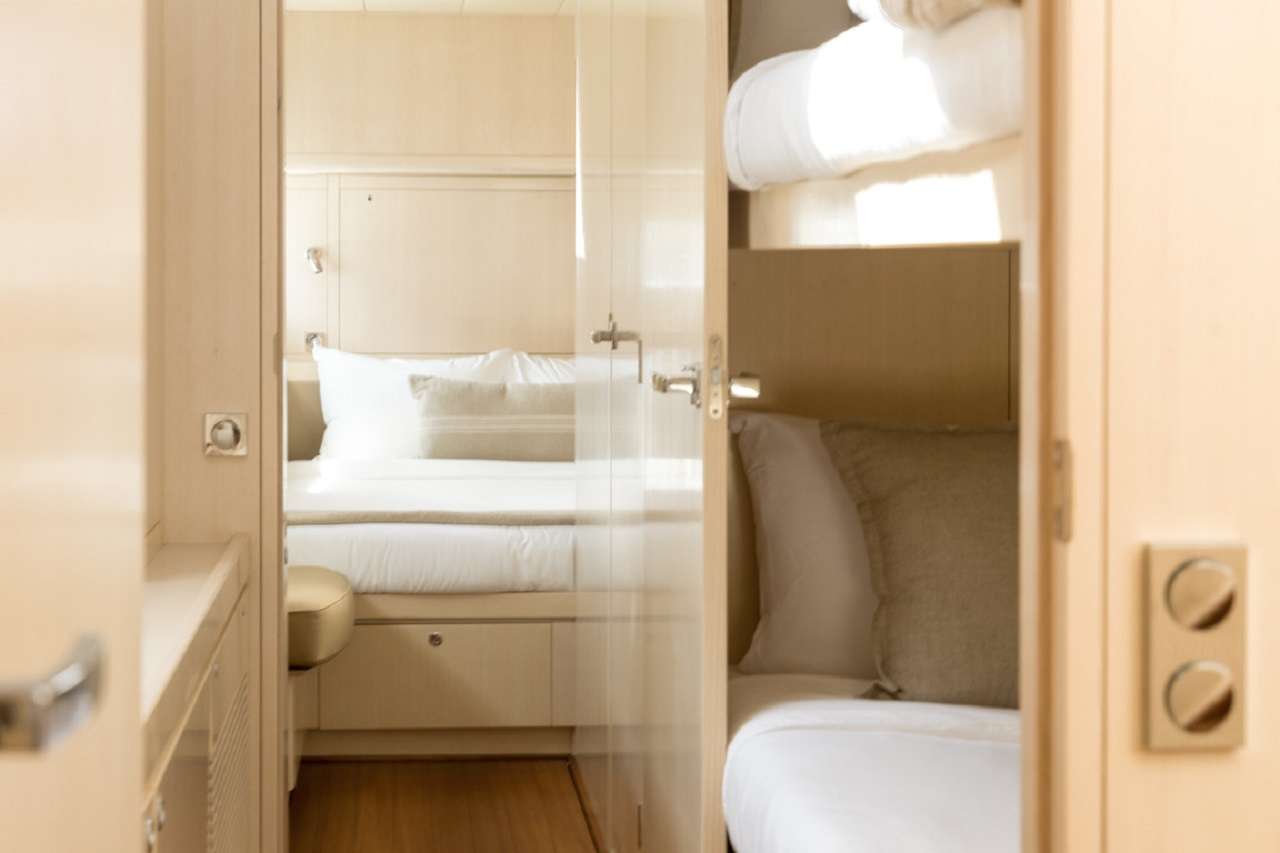 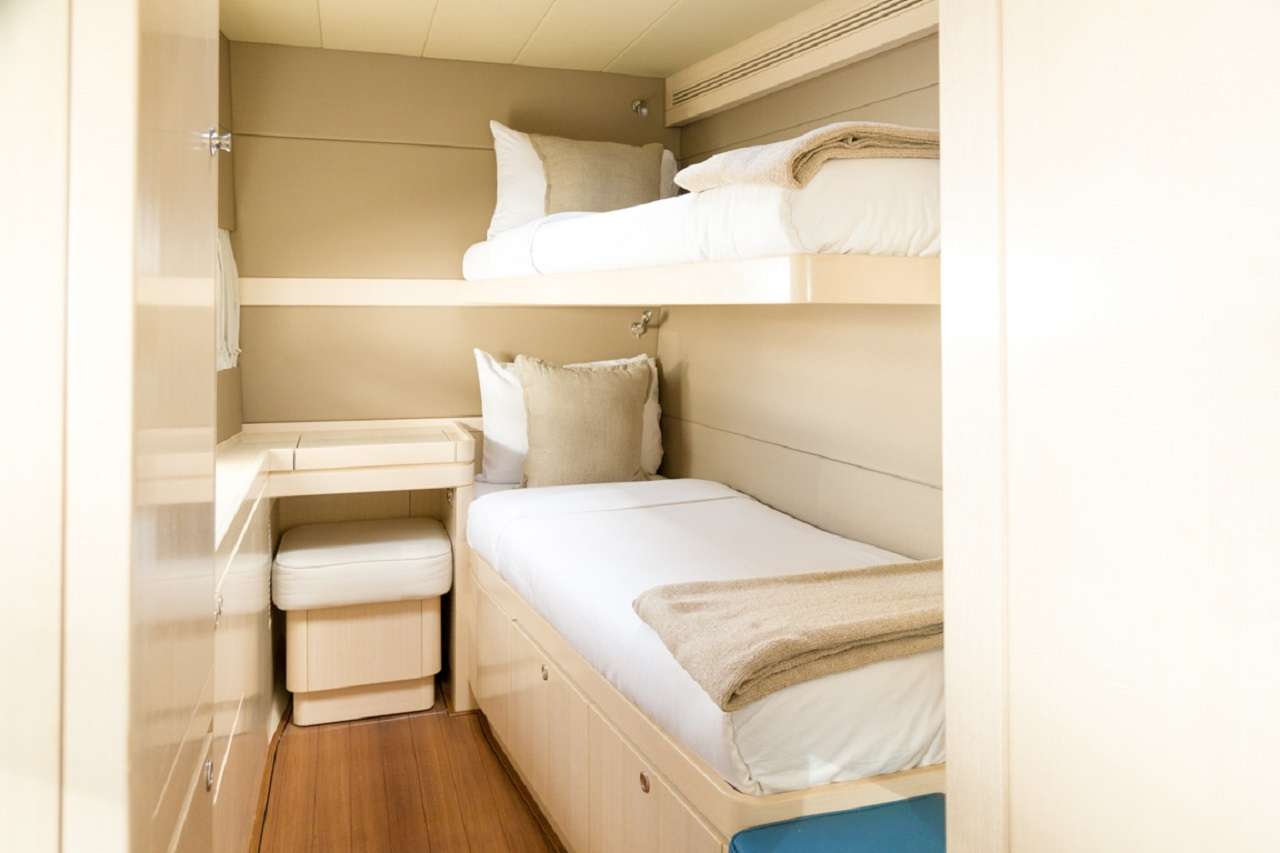 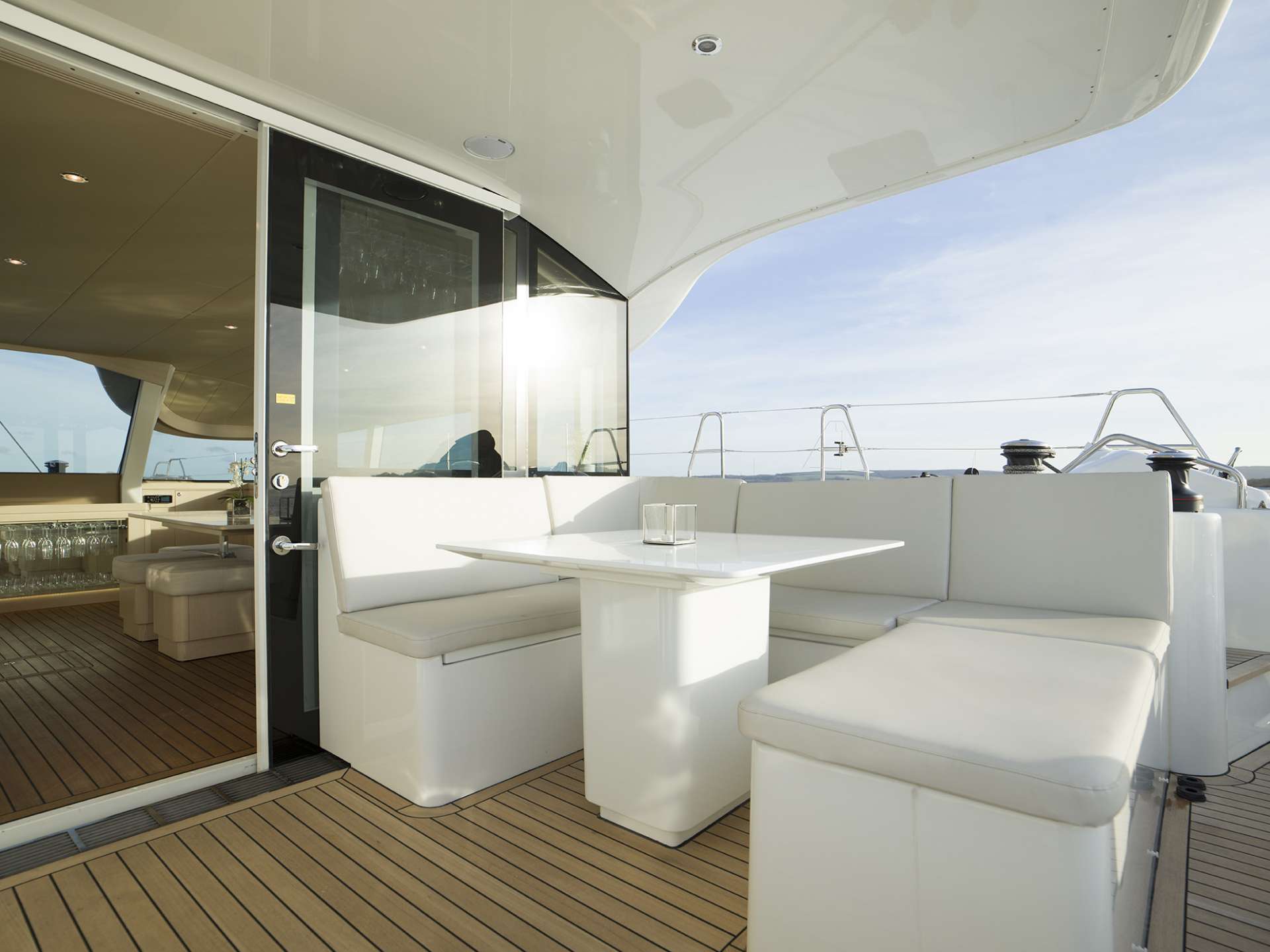 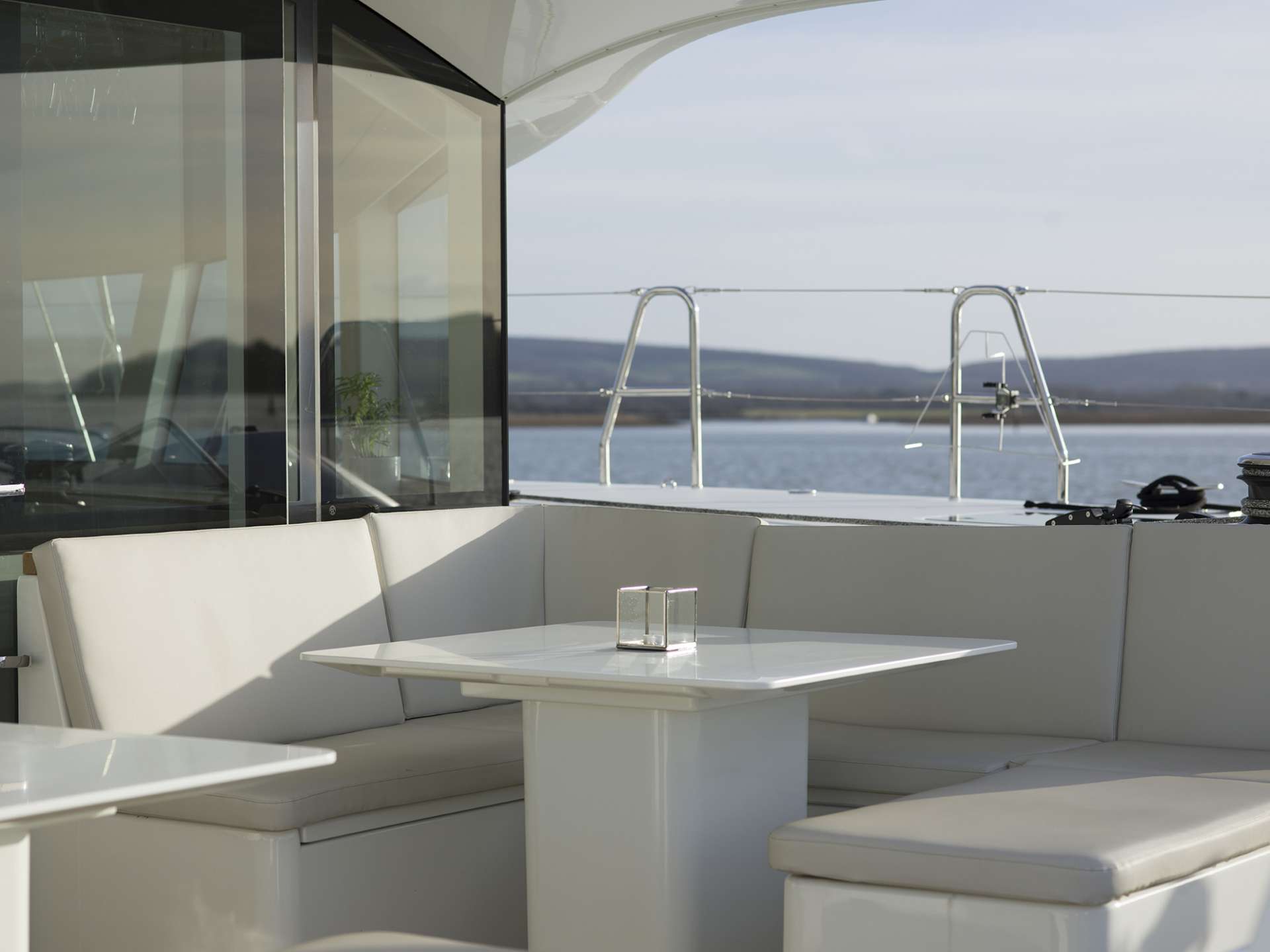 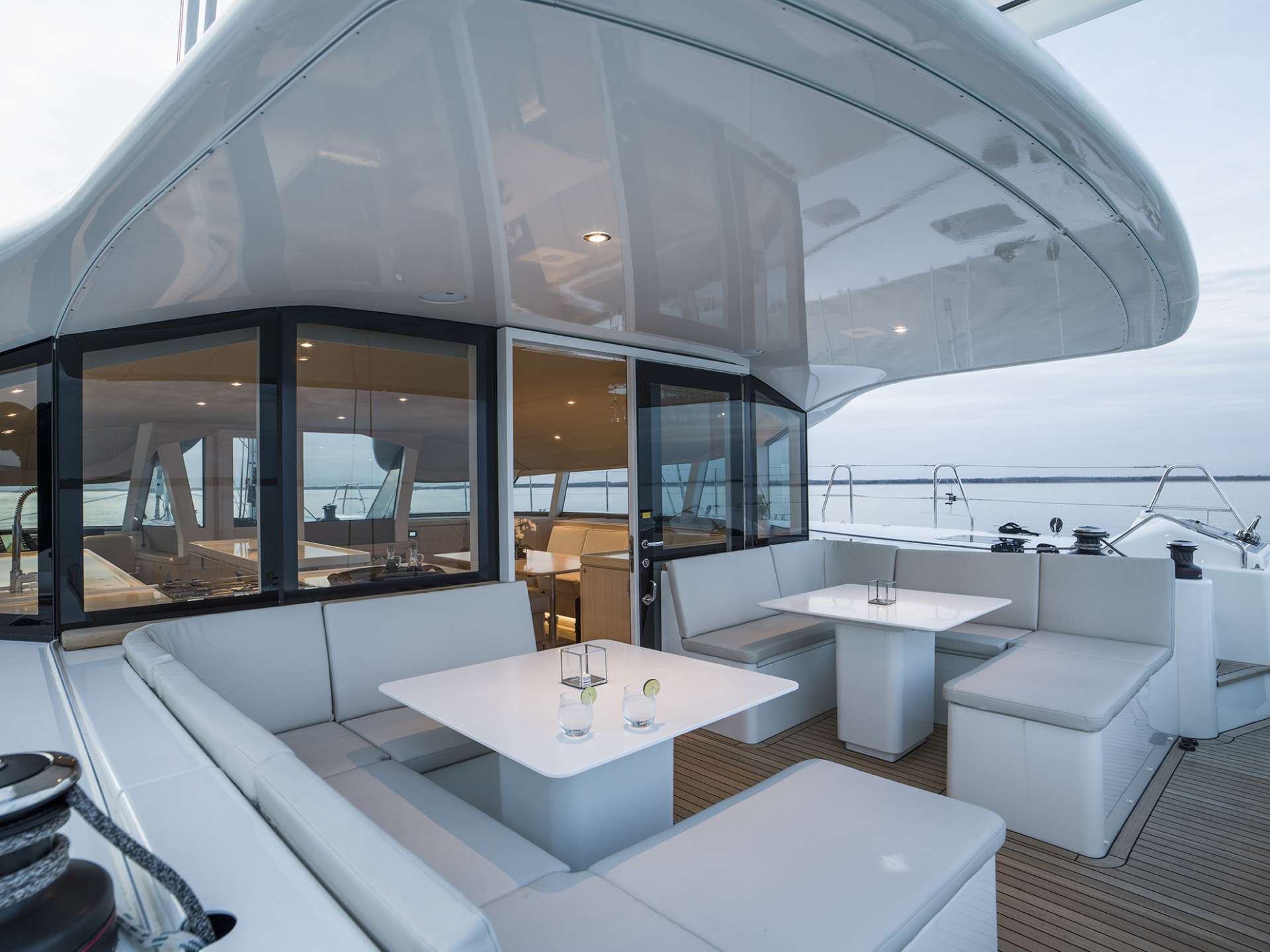 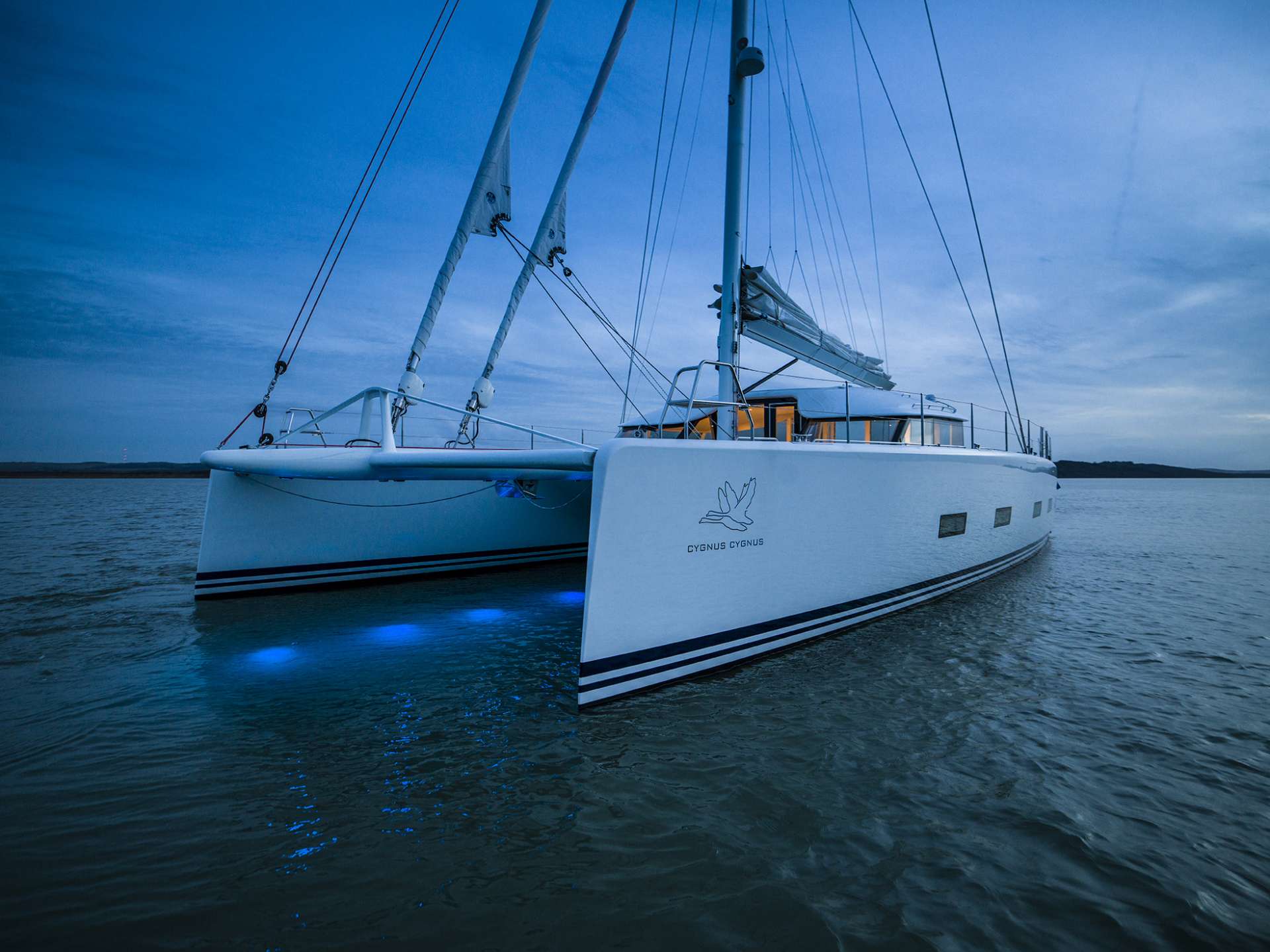 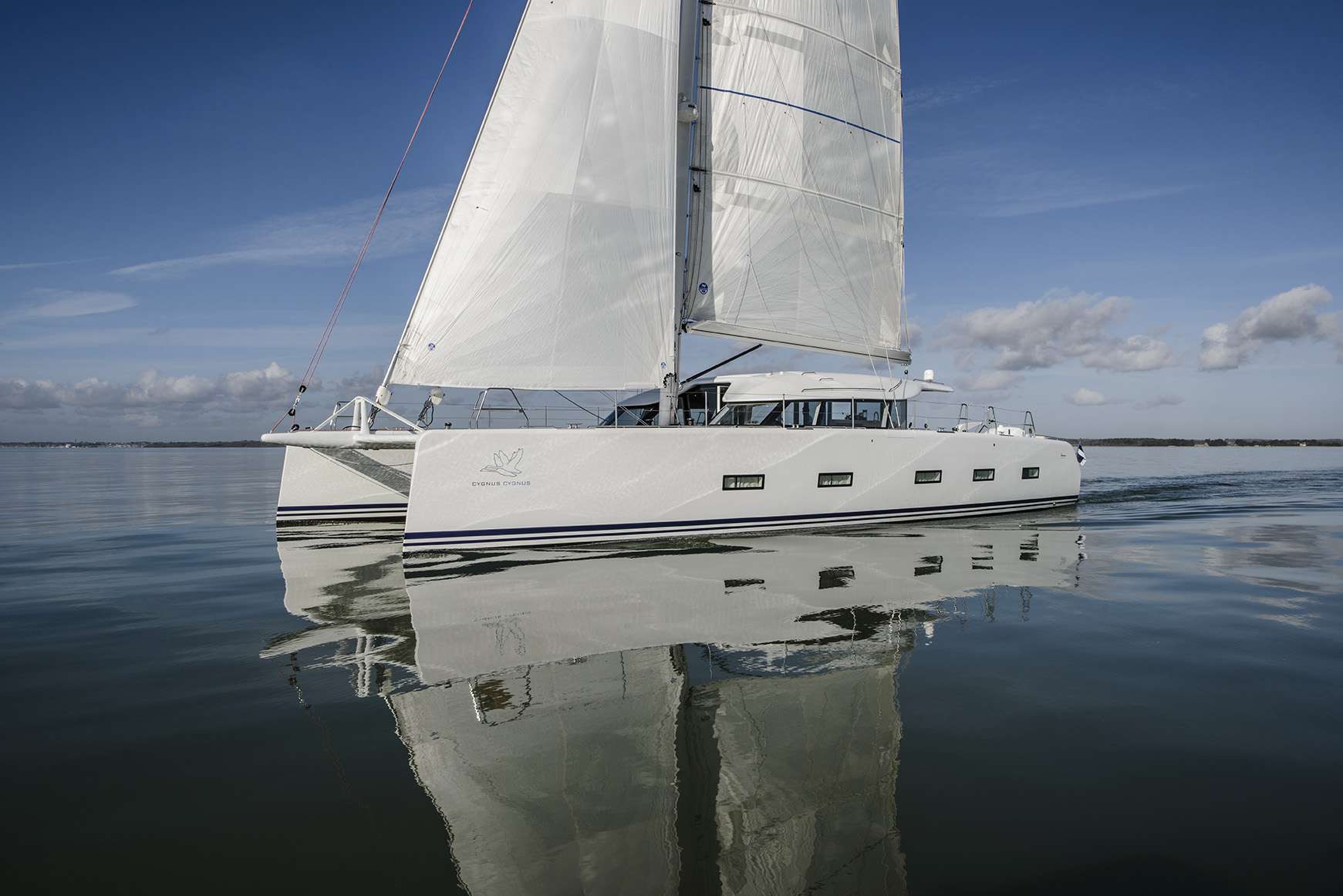 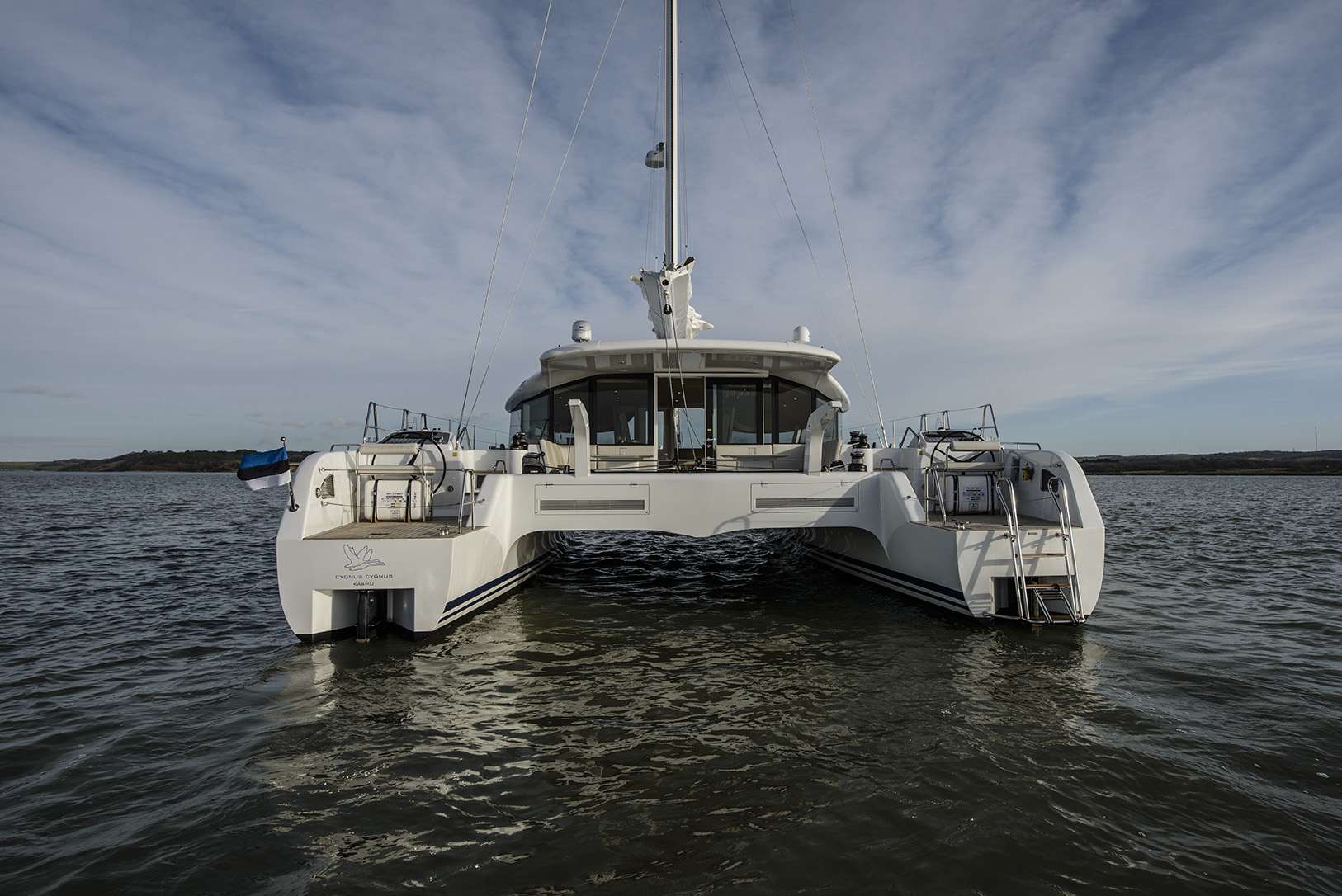 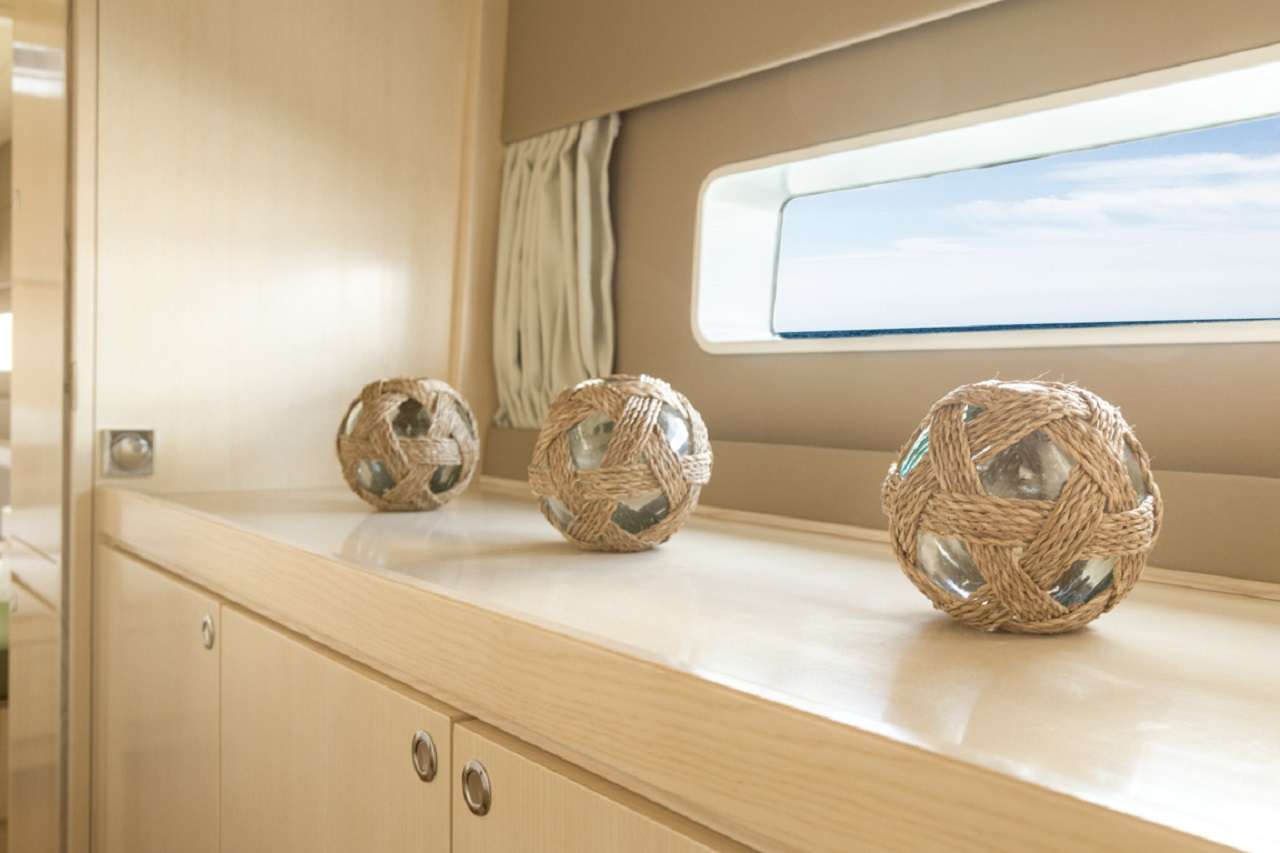 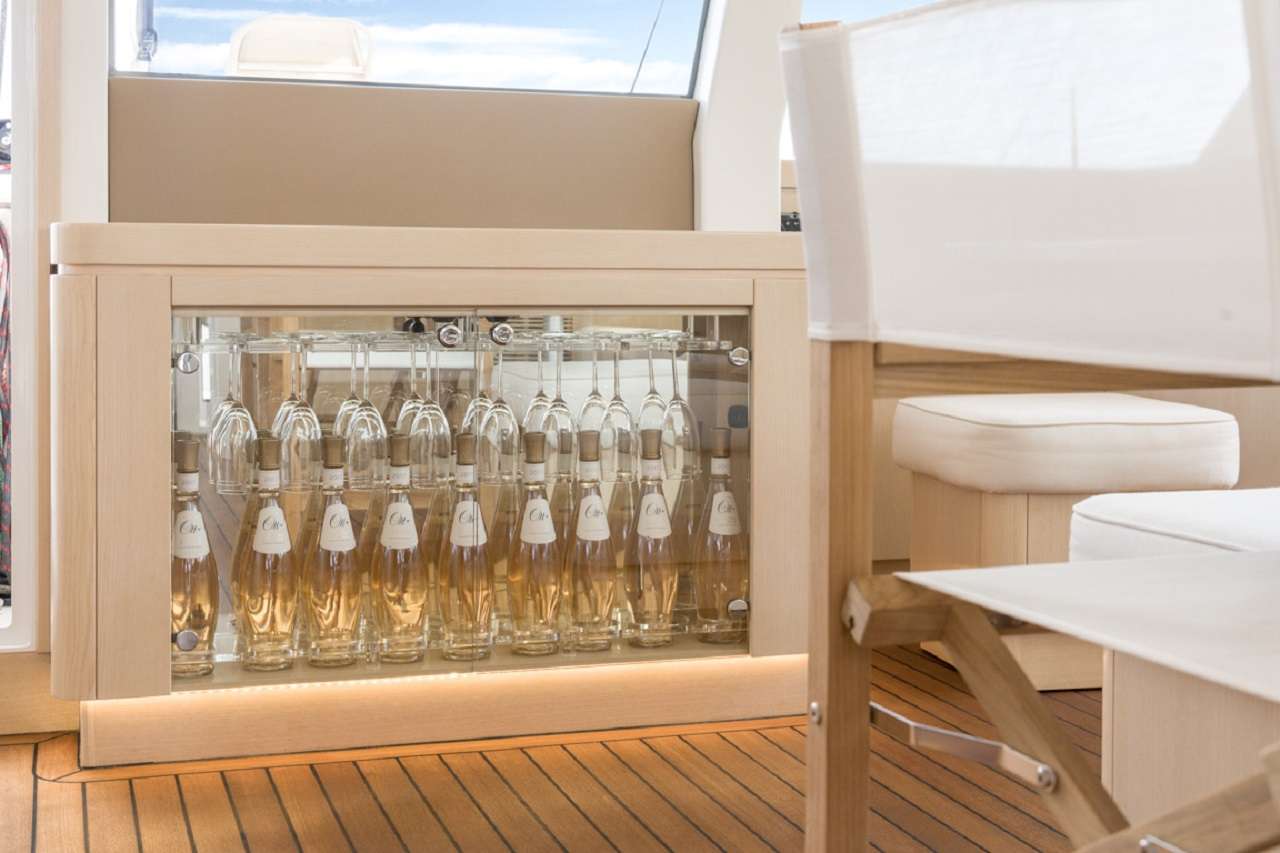 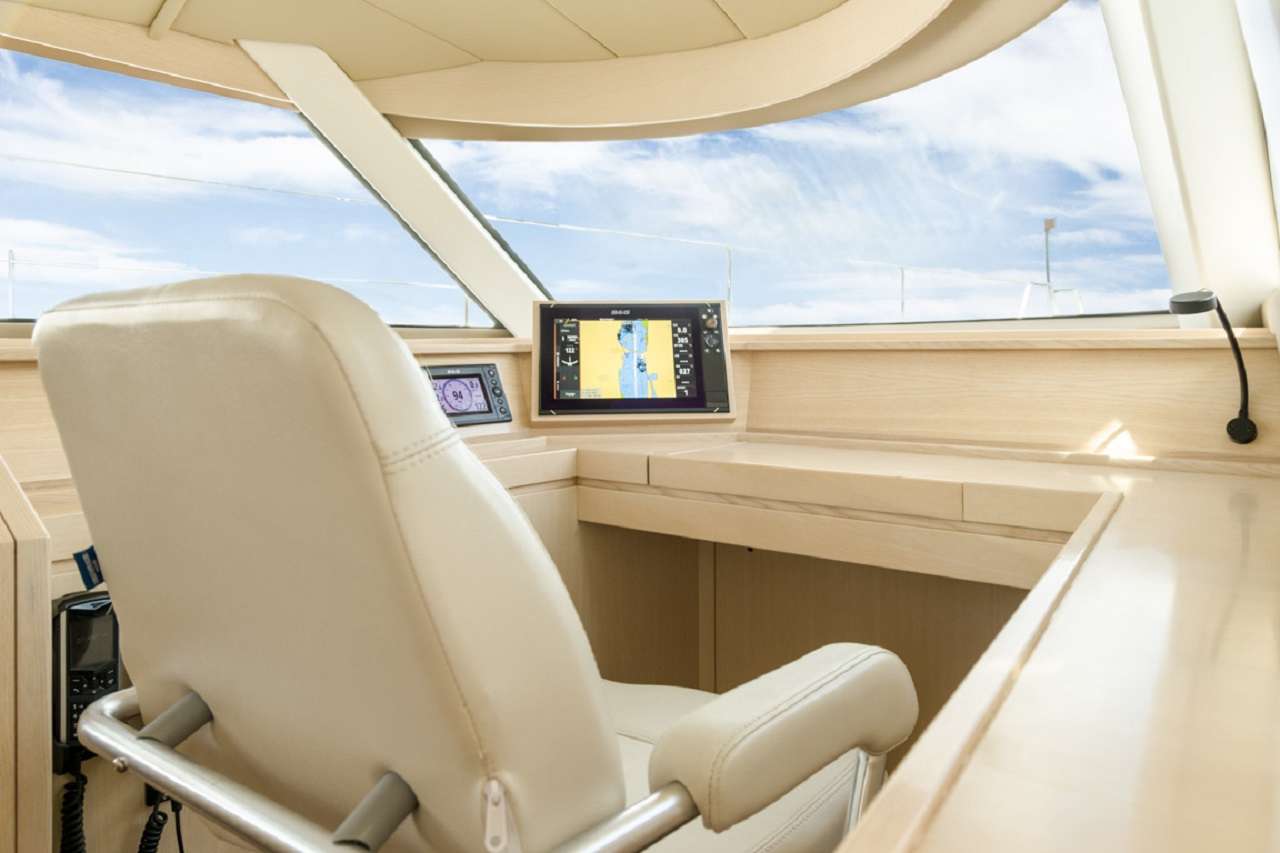 One guest cabin has upper and lower singles and shares a bath with a Queen cabin.

The saloon sports large side windows and upholstered surfaces in Canadian ash. CYGNUS CYGNUS features a dining area for eight and a spacious cockpit for lounging and al fresco dining.

Paul grew up on the coast of Cornwall in the UK where he learnt to sail dinghies when he was only 12 years old. He achieved his Commercial YachtMaster and Cruise Instructor in Gibraltar, which opened the door to this amazing lifestyle. He has sailed extensively in the UK, Atlantic
& Mediterranean Europe, and in more recent years, has been fulfilling the dream of operating luxury Catamarans in the Caribbean & Bahamas.
Paul got hooked on diving in 1995 and became a Dive Instructor in 2012. He enjoys underwater photography, and would love to dive beneath the ice in the Antarctic.

Growing up around the Rocky Mountains in Canada, at a young age April wanted to explore the world, and soon travelled from coastline to coastline. She lived in New Zealand for 7 years and immediately fell in love with the adventure of sailing. It all began with her employment as a stewardess on a 72ft Swath Ocean Catamaran in 2007, and quickly grew from there. Obtaining her Commercial YachtMaster and becoming a qualified diver opened up a love, respect and appreciation for life on the water. Combined with a passion for nutritional creativity, April will use innovative techniques to bring you fresh, healthy dishes and sail you into culinary paradise. Paul & April feel privileged to be your hosts and thoroughly looking forward to giving you a sailing vacation of a lifetime.