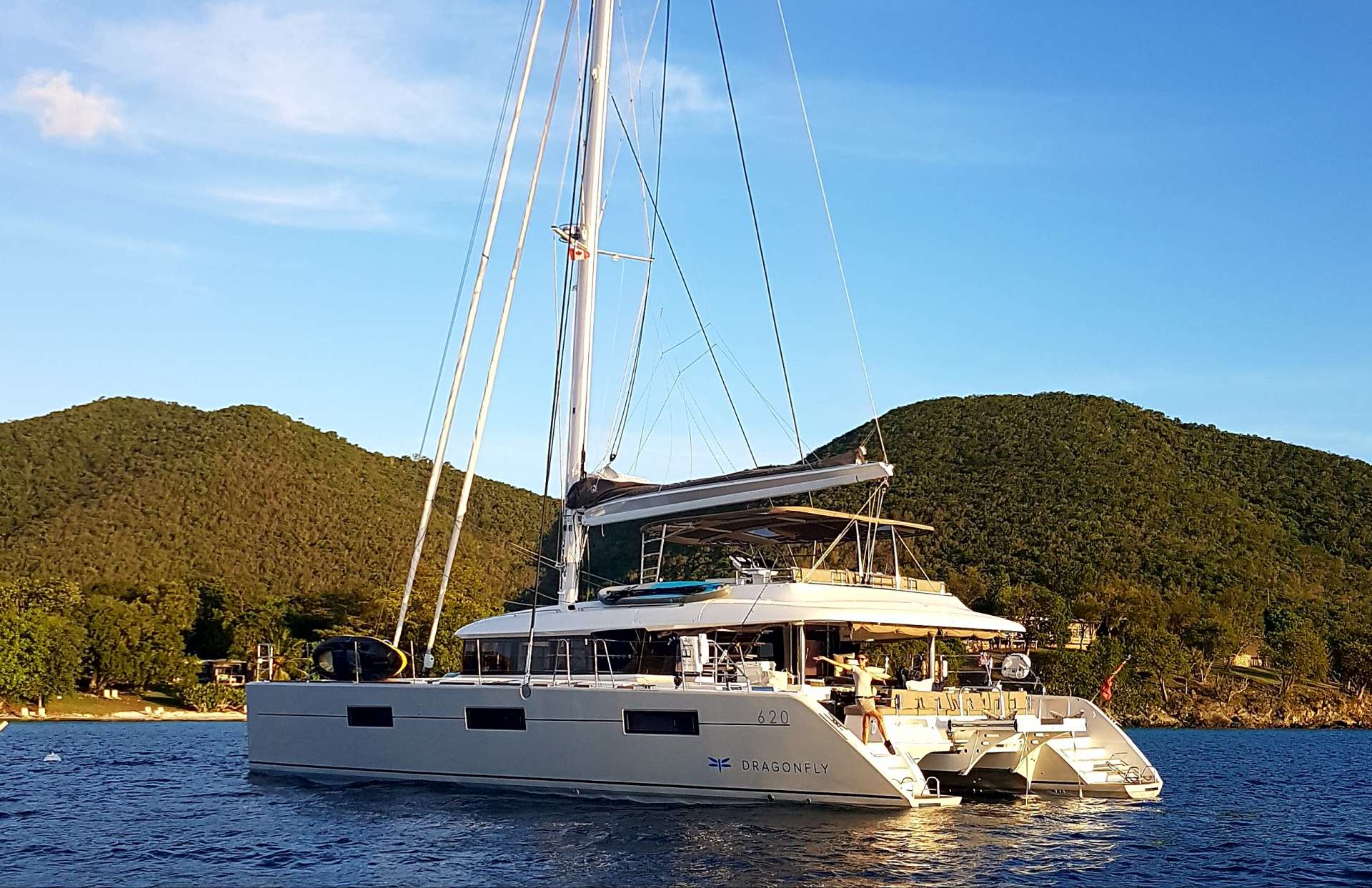 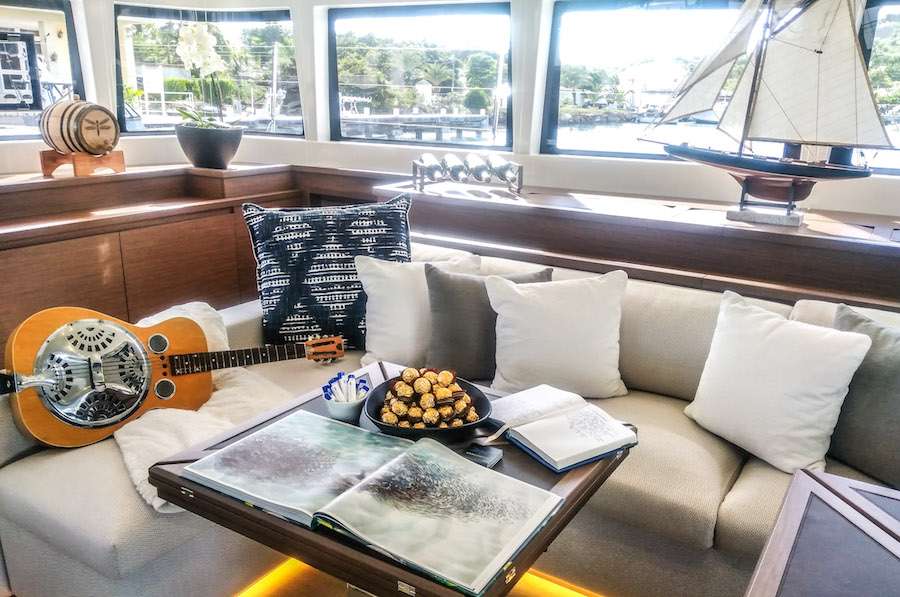 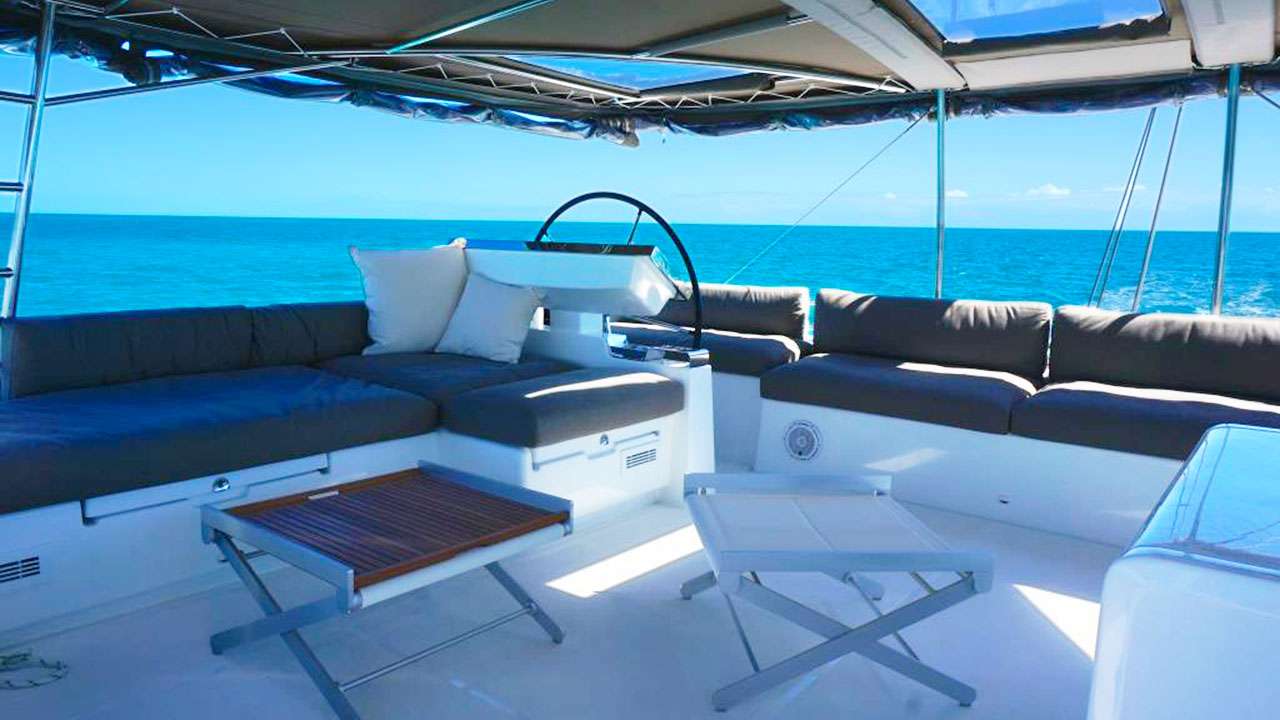 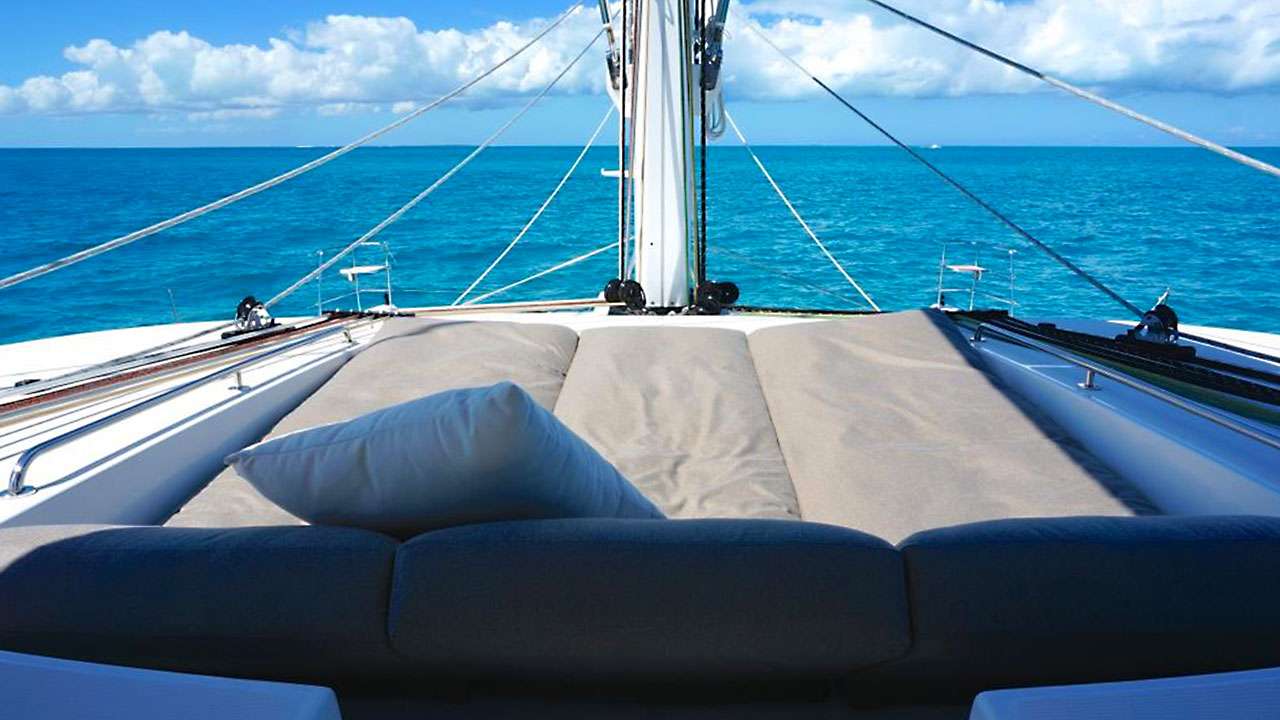 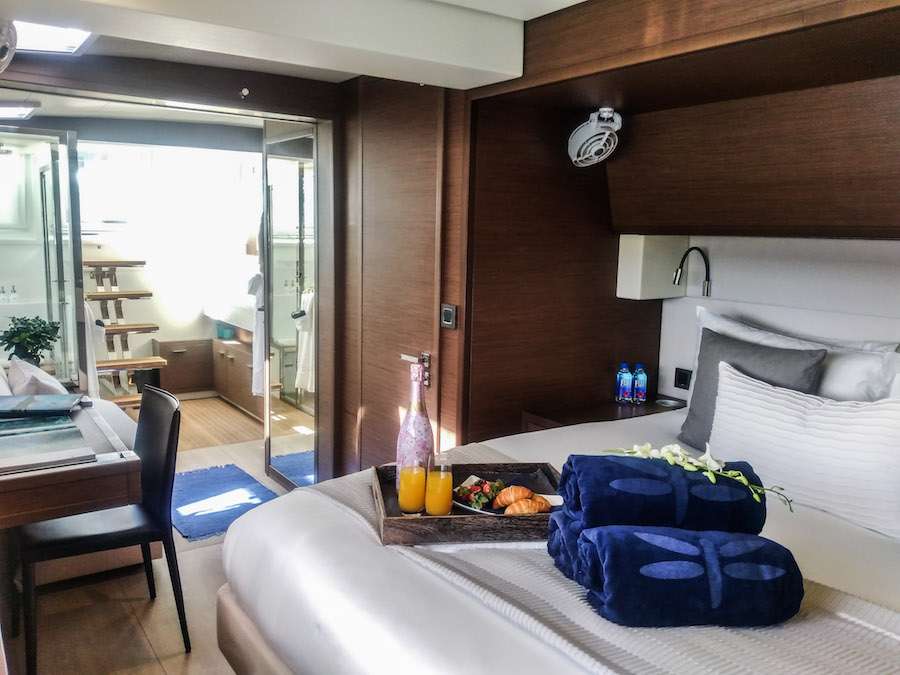 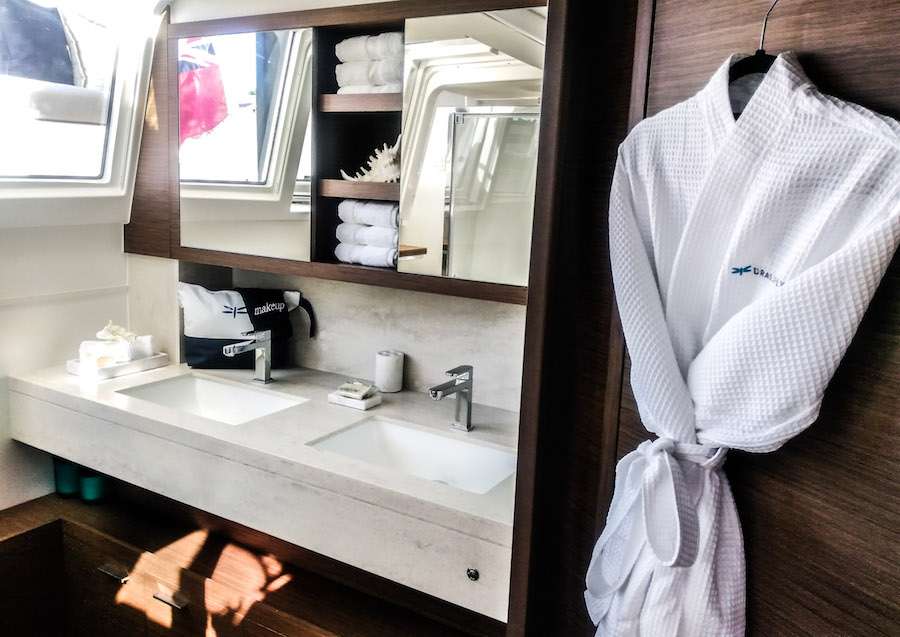 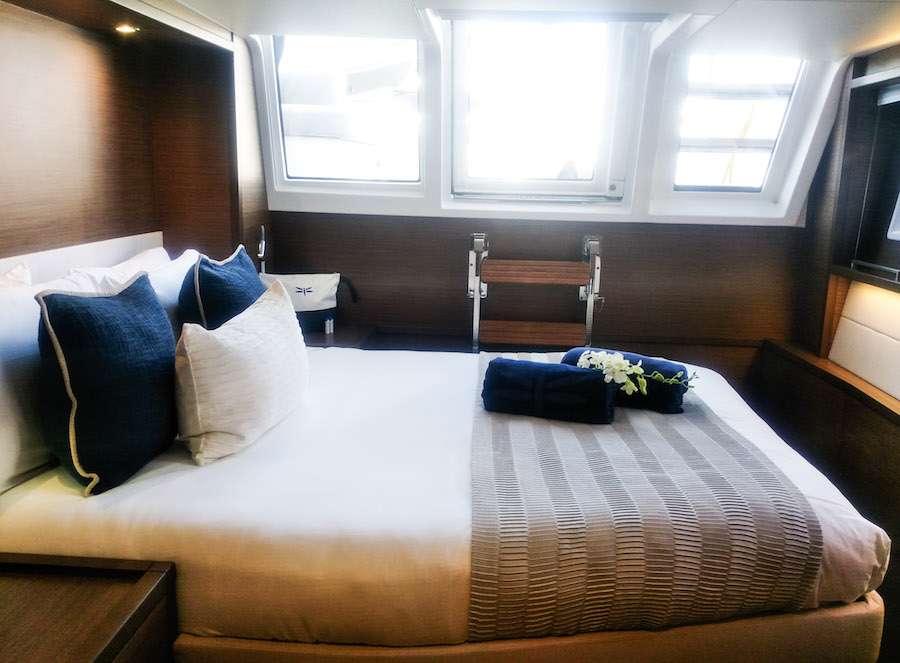 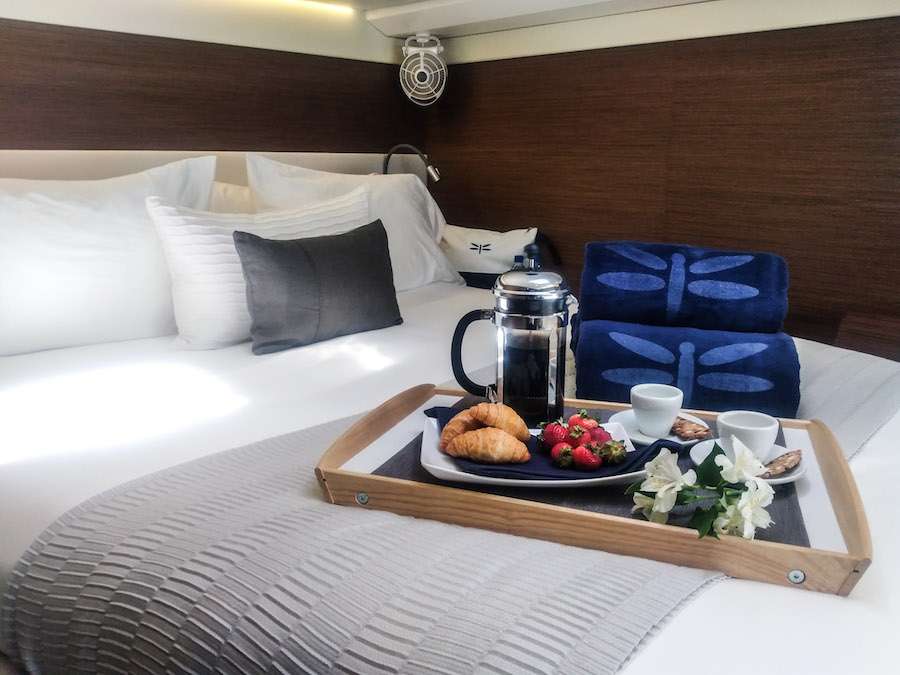 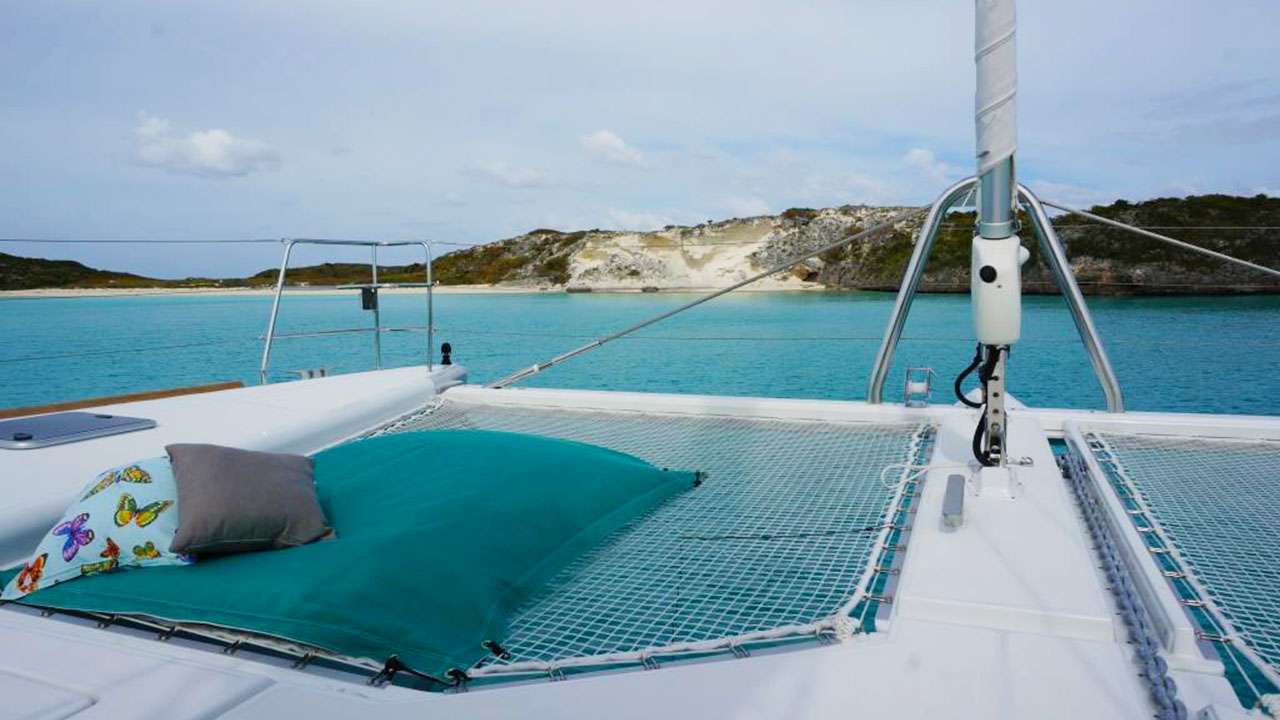 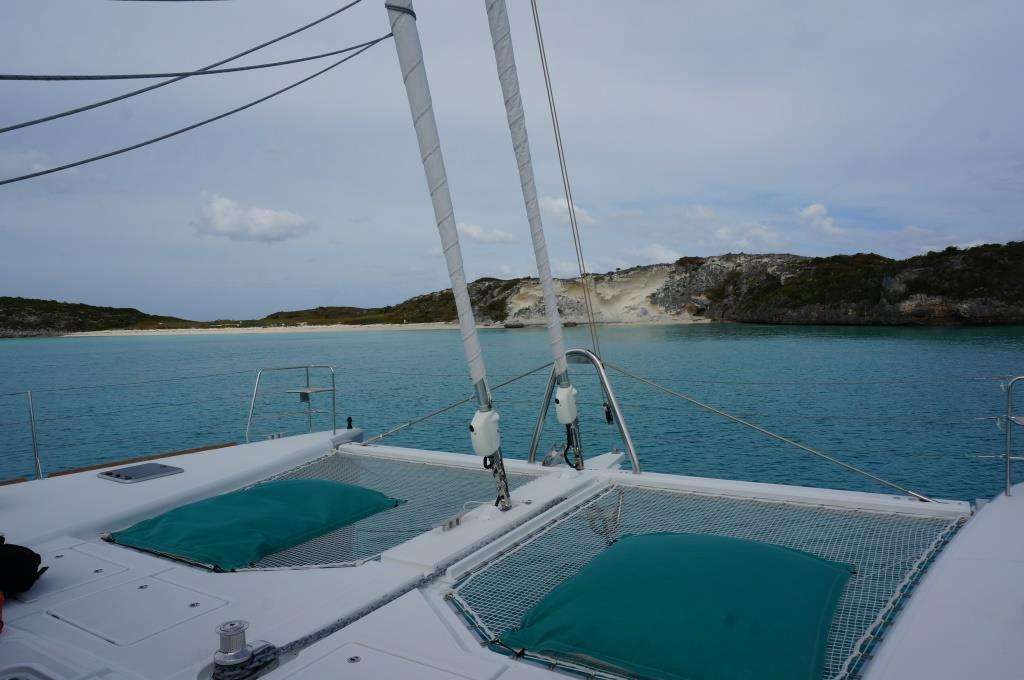 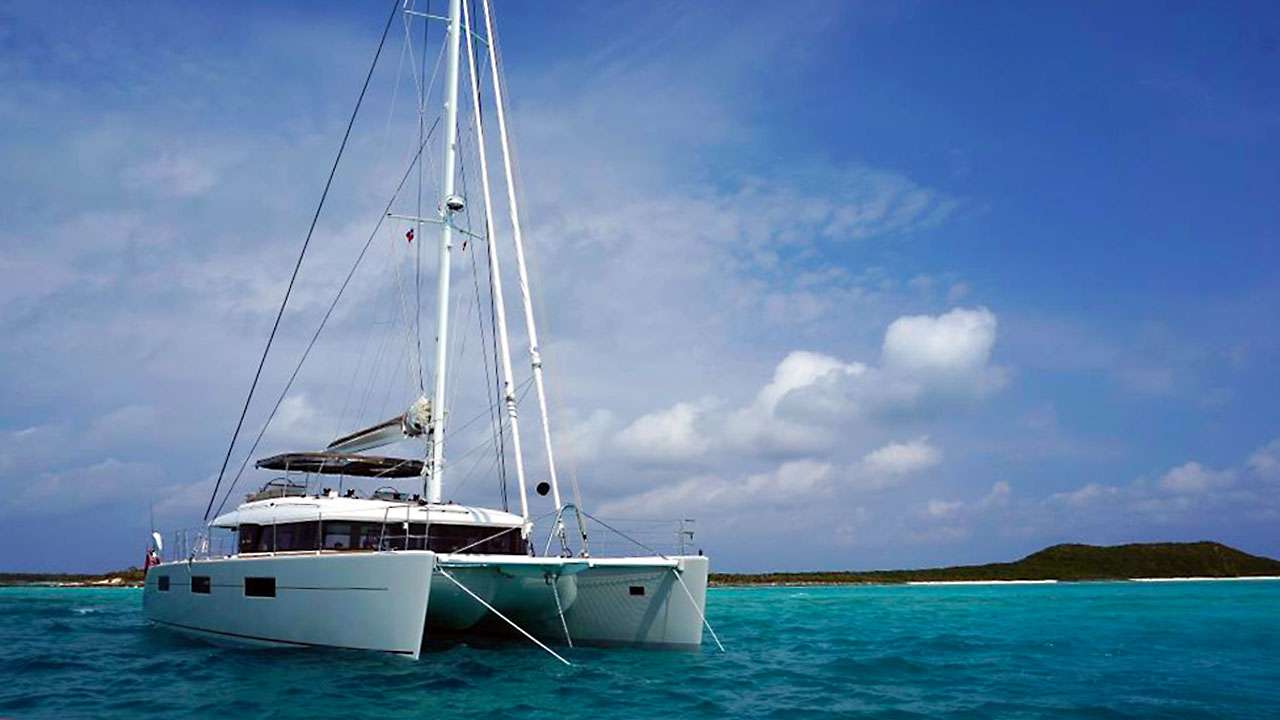 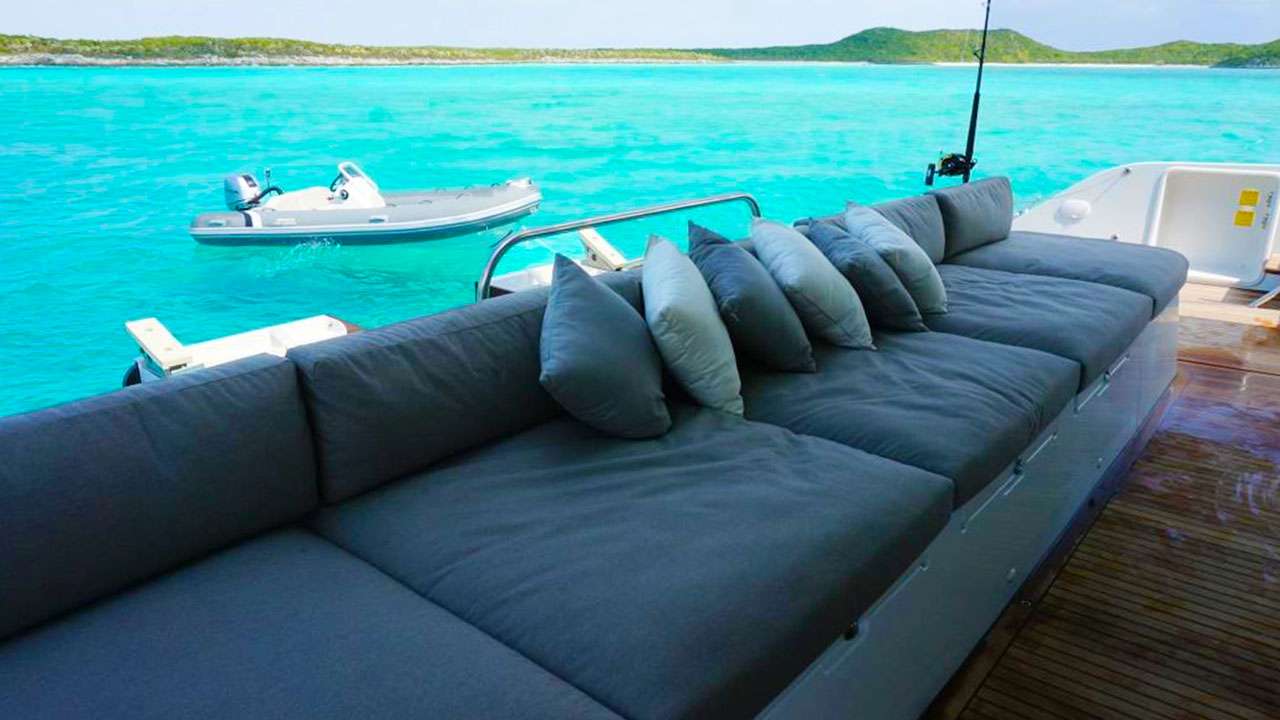 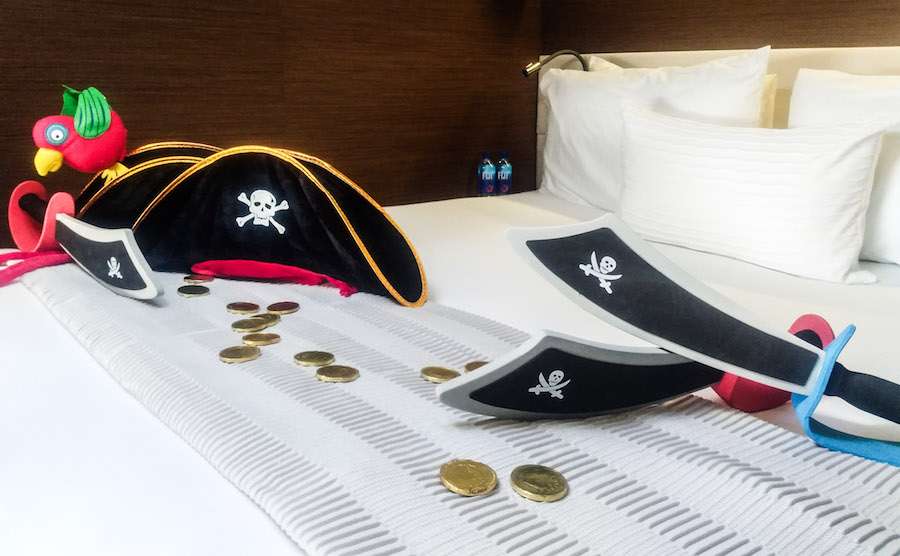 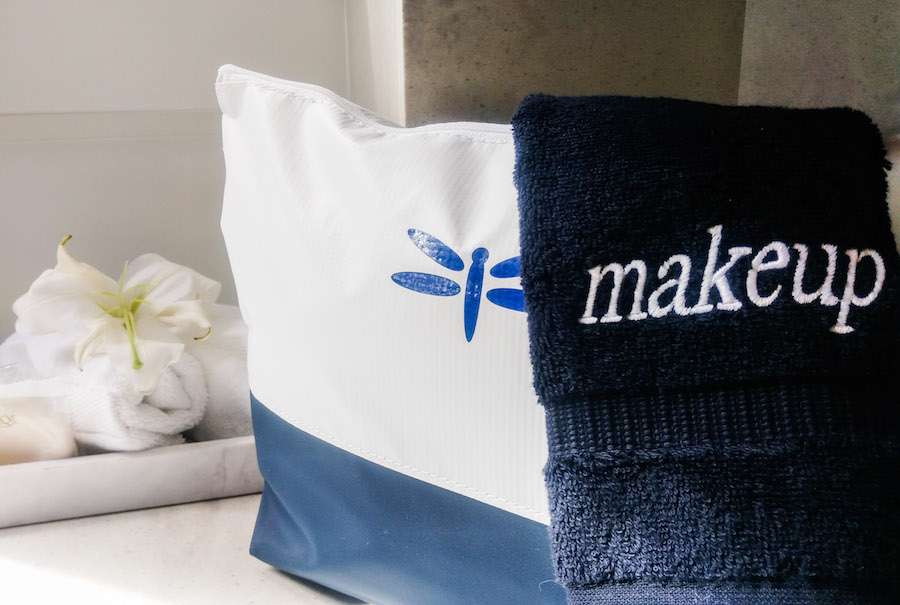 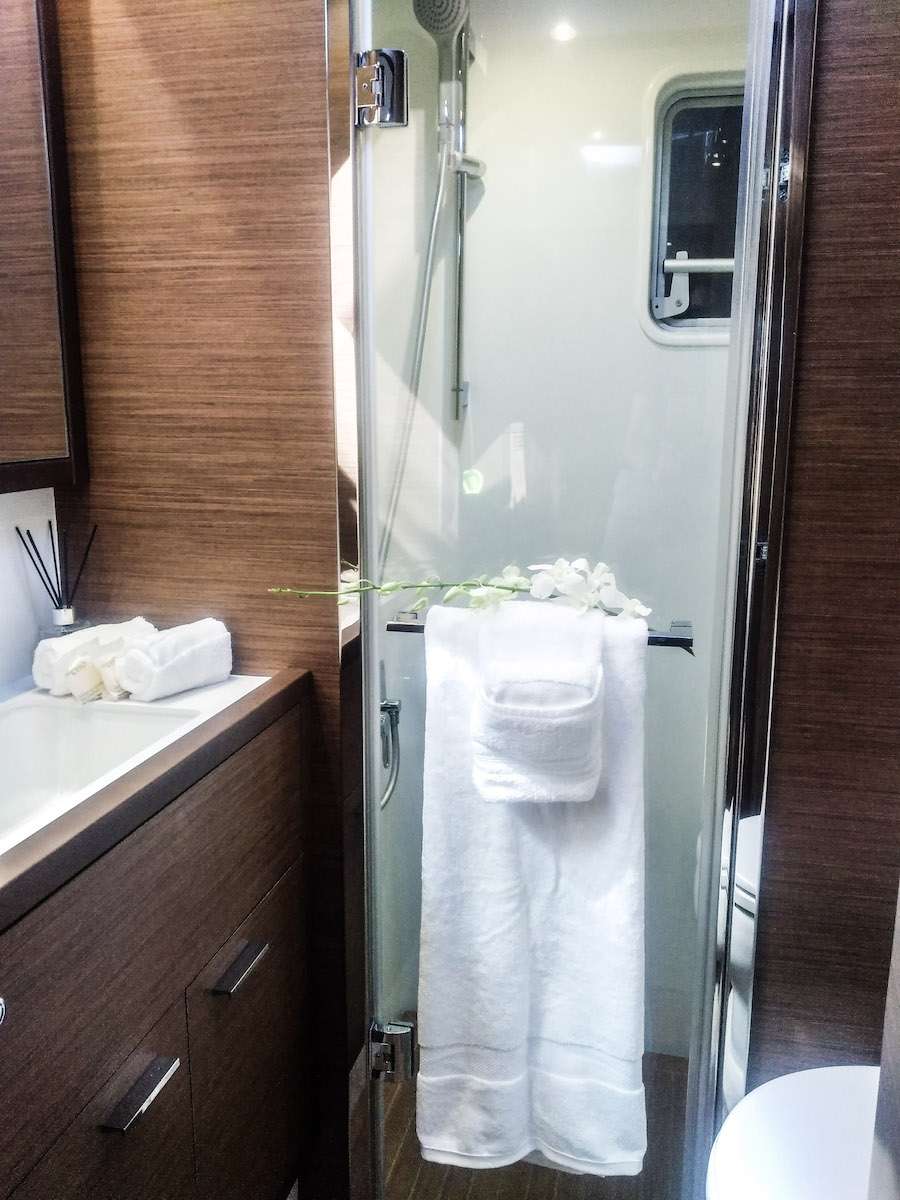 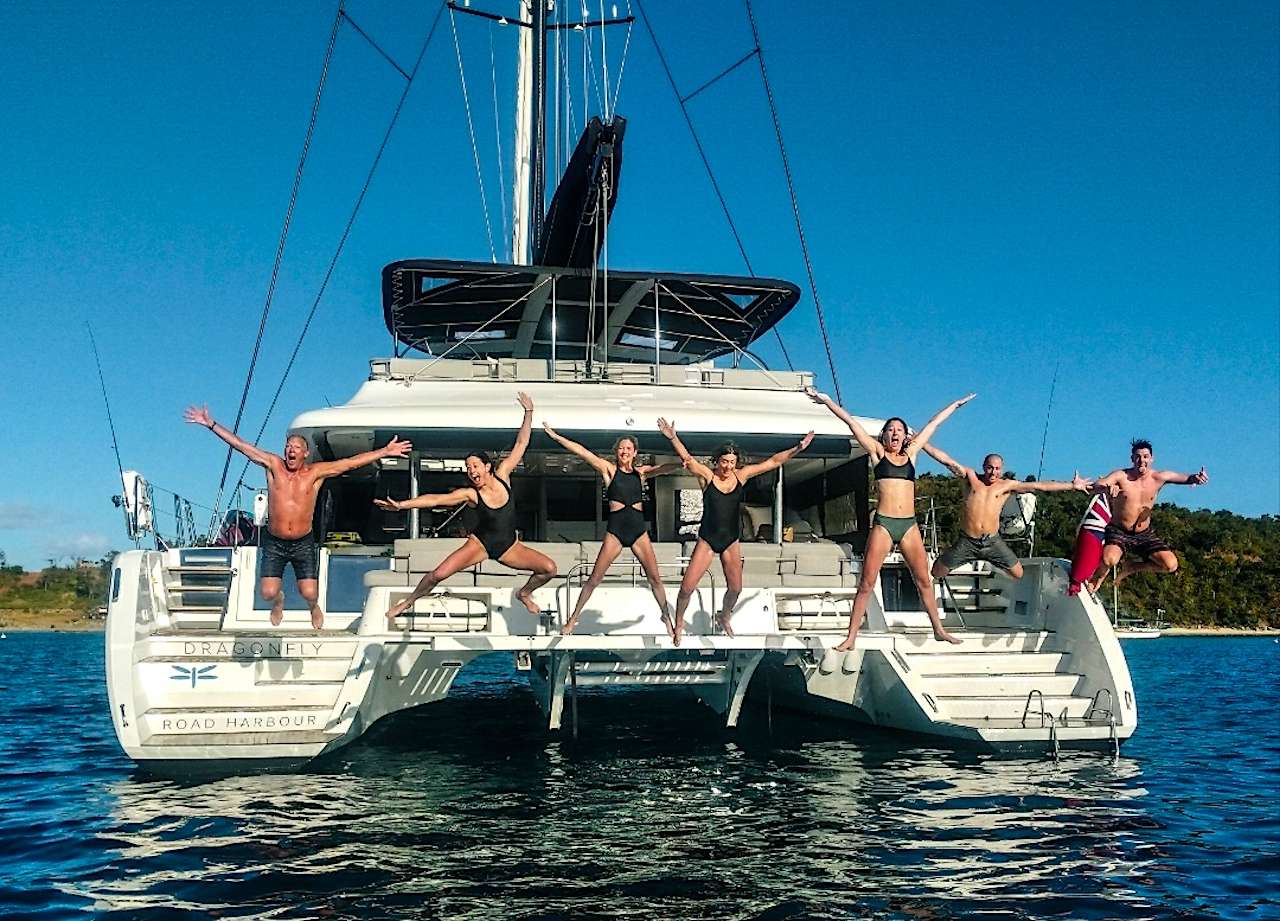 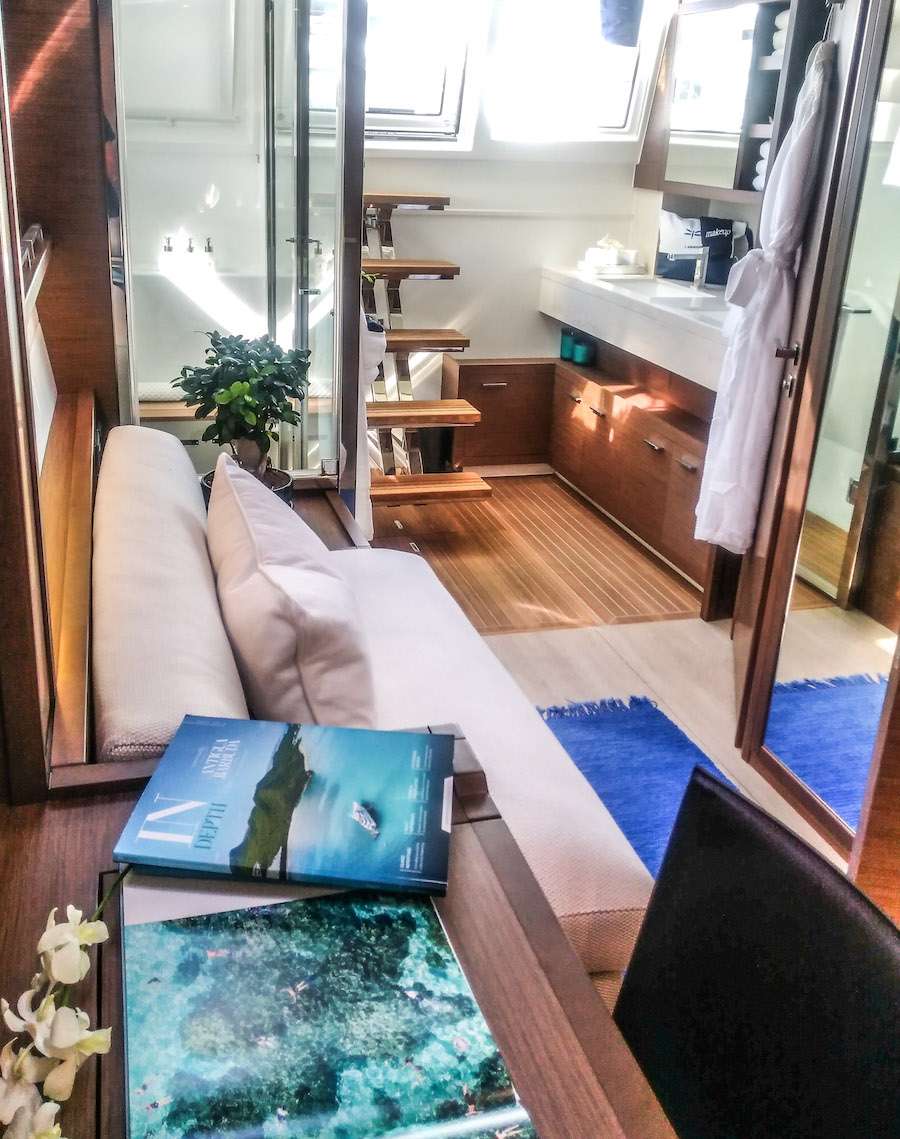 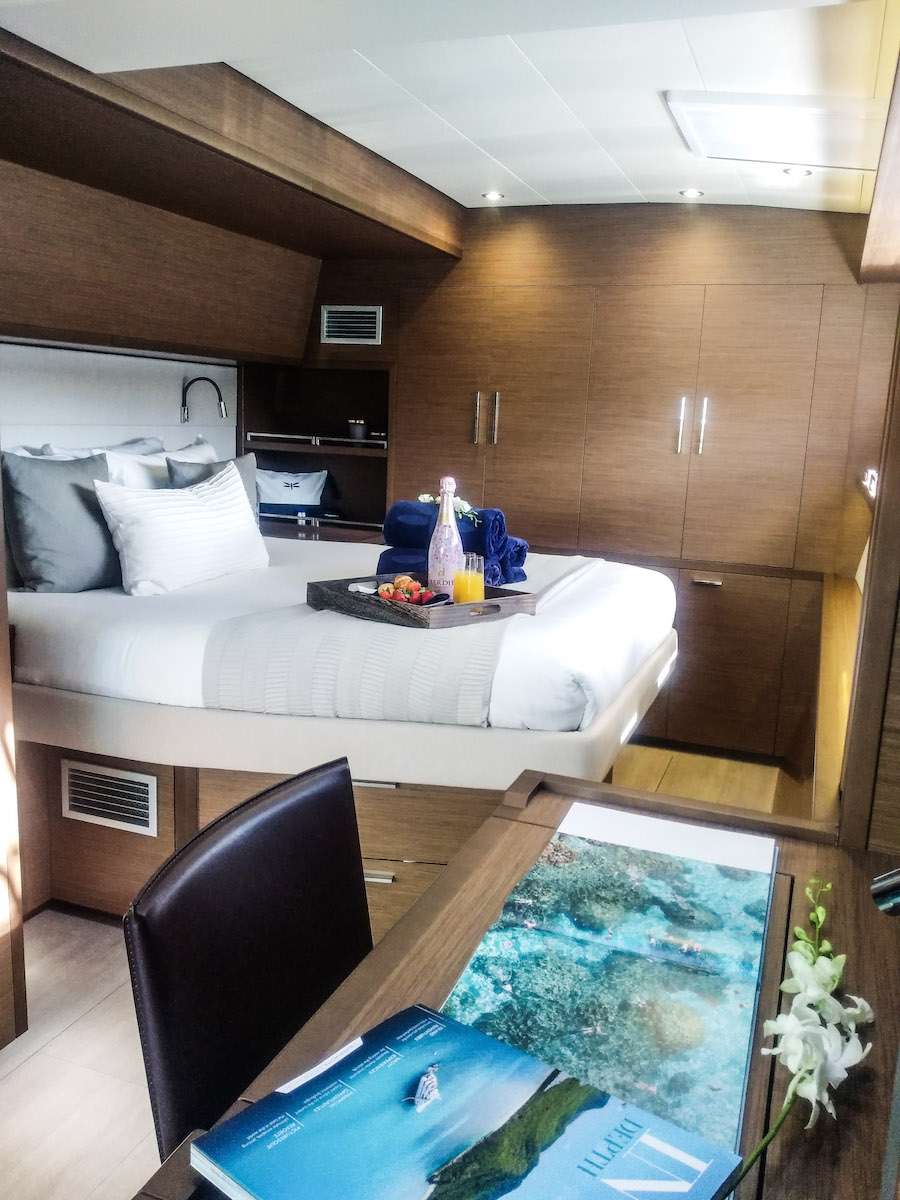 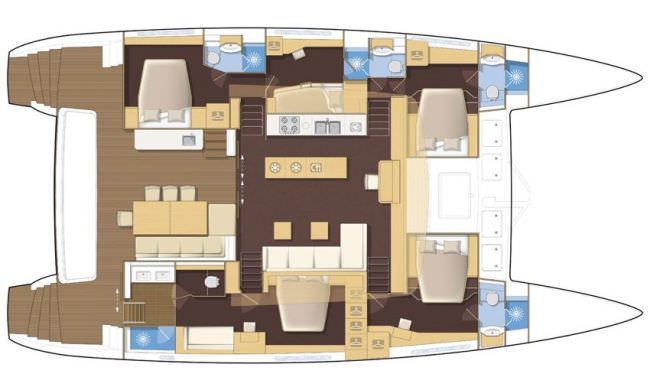 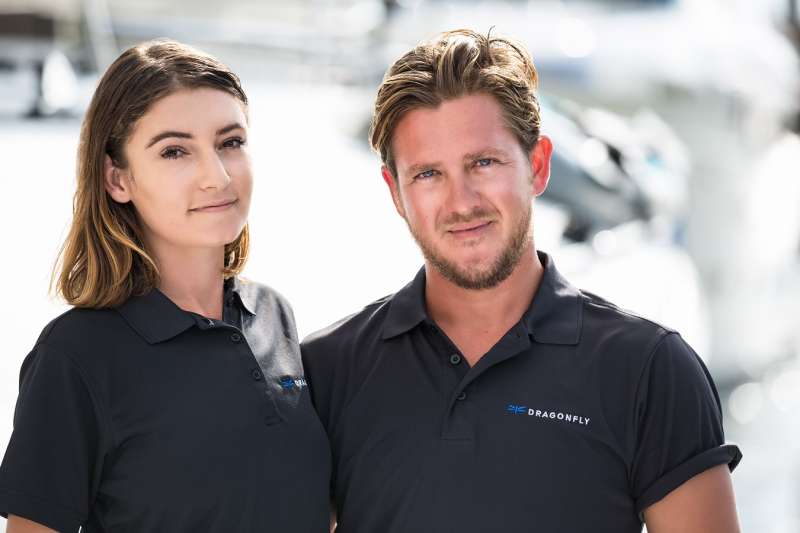 Captain Christiaan Liebenberg and Chef/ First Mate Hanrie Bosch
Christiaan and Hanrie will be at the helm of Dragonfly from October to till the end of March, and bring with them a diverse background of experience, both in and out of the water. Both born in South Africa and having lived all over the world, from Bangkok, to Spain, New York and Madagascar, doing everything from working in the hospitality industry, acting, travel writing, teaching English, running surf charters in Madagascar and working on mega yachts, both eventually fell in love with the Caribbean, and have been running charters as Captain and Chef/ Mate team since 2014.

High school sweet hearts since the age of 16, Christiaan and Hanrie effortlessly work together to provide all of their guests with a tailor-made memorable holiday experience that makes them come back again and again for another rum punch or painkiller under the Caribbean sun.

Captain Christiaan is a born entertainer, hence the brief stint in acting, and enjoys telling tall tales of pirate lure and big fish and the one that got away. His good natured bubbly spirit and can-do attitude put guests at ease while his professionalism and ability to command a variety of situations instill confidence. Christiaan’s knowledge of the best Caribbean anchorages will ensure that you will be sipping your cocktail on the fly bridge of Dragonfly with the best sunset views, and his love for watersports and tall tales will ensure you will never be bored!

Hanrie honed her cooking skills at a young age begging to make family dinners since the age of 9. Ever since then she has been baking and cooking and soaking up all of the local flavors and food inspiration wherever she has gone. Hanrie has a varied cooking style, from Mediterranean, Thai, French, Peruvian, Caribbean, South African and American, with a focus on healthy locally sourced products and produce.

With their warm and personable, yet professional personalities Christiaan and Hanrie pride themselves on making every trip onboard Dragonfly and utterly unforgettable one for all of their guests!

Summer Season crew Captain Paul Johnson and Chef/ First Mate Isabella Matterson
Paul and Isabella will be taking over the helm of Dragonfly from April till end of September and bring with them a wealth of knowledge and fun. Having been working together since 2015, they have created a strong and seamless team. They have sailed around the world together from the East Coast of the States, to the Caribbean and the South Pacific. Combine this with both of their outgoing and humble personalities, you can rest assured you will be taken on an unbelievable adventure. They both hold their PADI Dive-Masters and are very eager to show you the underwater world whether its taking a long snorkel or learning how to free dive.

Paul was born in the UK and grew up sailing and racing boats since the age of four. It seems only natural with such a love for the ocean that Paul wanted to obtain further qualifications to match his experience and establish a career as a captain. Since then Paul has been captaining boats for 15 years and has gained a vast knowledge of the Caribbean to take you on a unique sailing adventure!
Having studied Watersports Activity Leadership at Falmouth Marine School and holding his MCA Yacht-Master Offshore, you can rest assured that you will be in good hands no matter where your sailing adventures might take you.

Isabella grew up surfing on the coasts of Cape Town, South Africa, and has always had a love for the ocean. It was only natural that she joined the yachting industry with such a lust to travel. Once Isabella joined the industry, she fell in love with sailing and this inspired her to undertake her RYA Yacht-Master Offshore.

Isabella’s passion for cooking started whilst living at home cooking for her family. She became inspired to take on a culinary career while working with some of the industry’s top yacht chefs. She later completed a professional cooking course at Ashburton Chefs Academy in the UK. She strives to use fresh local ingredients to create truly memorable meals. She individually plans each menu according to your personal tastes, rest assured your taste buds will be in good hands!