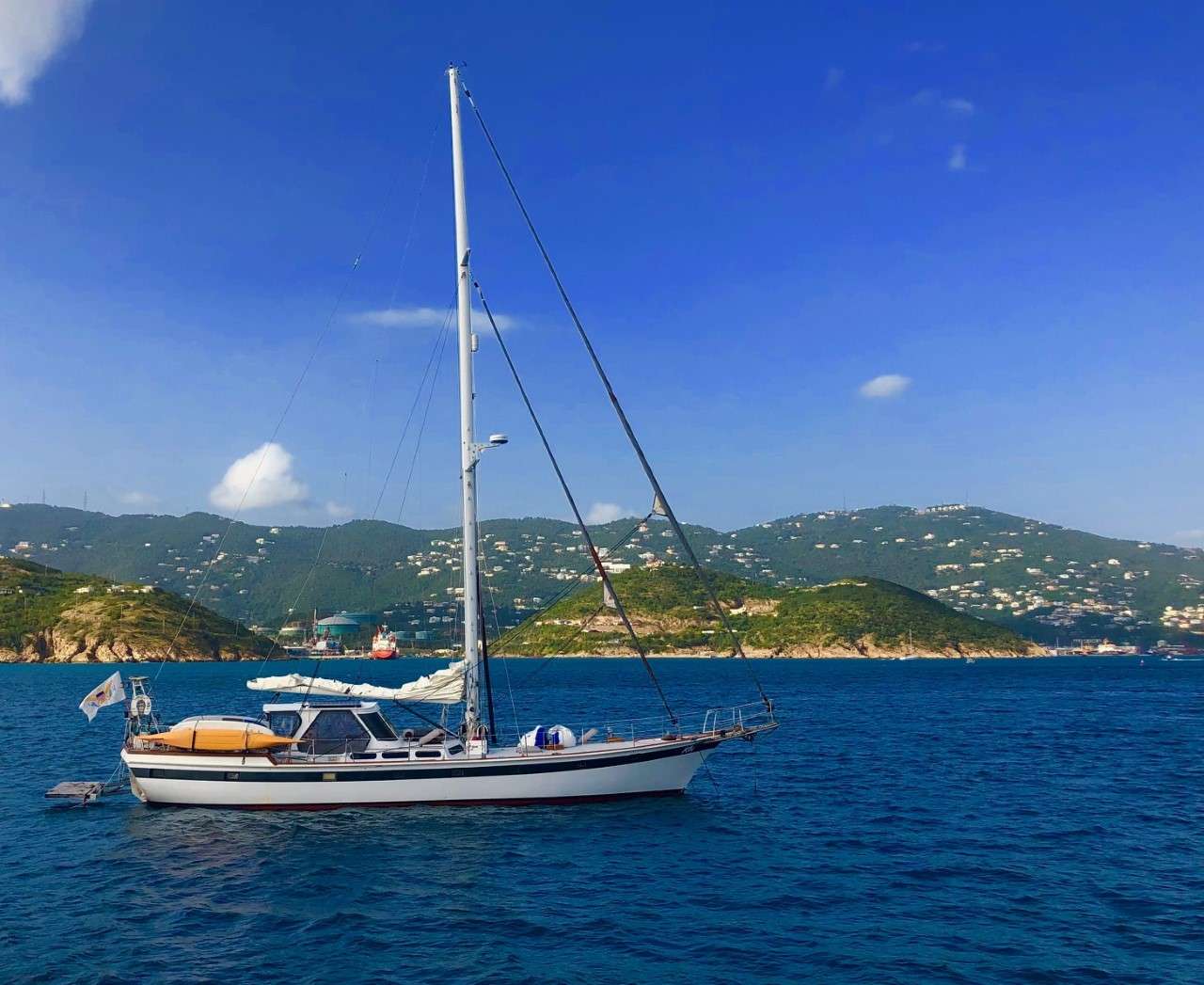 (1) Queen midship port master cabin has a private ensuite head and stall shower.
(1) Queen forward V-berth has ensuite vanity and shares head with twin bunk cabin below.
(1) Twin cabin with upper lower berths. This cabin also has an ensuite vanity and shares head with Queen V-berth cabin above however it does have it’s own vanity and sink in the cabin.
Crew have separate aft crew cabin with head and storage area.
Yacht is fully air condition upon request, added $80 per night A/C fee.
Yacht has hydraulic swim platform which lowers from the deck into the water for easy access for guests.

Justin was born in Connecticut, a state saturated in oceanic history; but, if you ask him he will tell you he is from the ocean, “home is where the anchor drops.” Unlike most young American men, Justin was raised mainly by his seafaring grandparents and received an education whilst they sailed up and down the Eastern Coast of the United States.

The world has been Justin’s oyster and he was privileged enough to have spent his youth in various countries and honed his captain’s education in a myriad of maritime schools. A skilled sailor, he received his master’s license at the juvenile age of only sixteen; he was unable to escape the call of the ocean. As a young man, Justin exhibited a passion not only to sail the seas, but also to rebuild classic boats. His first large project was the restoration of a classic fiberglass boat, a vessel which enabled him to start his adult maritime career. He sailed south towards not only the Caribbean, but onwards to a life of adventure and self-fulfillment.

​During his time in the Caribbean, Justin captained several yachts and began his profession in yacht charters. At this point in time, Justin has seven years experience in the charter business. The love for his craft shows not only in his expertise of the seas, but also in riveting conversations with guests about boats, the ocean, and all things nautical!

At the helm, Captain Justin likes to take his guests to off the beaten path locations, catch lobsters and makes fresh conch salads. Come sail with Justin and explore the hidden treasures of the islands, he’ll show you a world traversed by only a few.

Chef Maddie was born and raised in Kansas City, Missouri but was always drawn towards the ocean. After attending nursing school in Arizona, she packed up and followed her calling to St. Croix, USVI. With a passion for learning new things, she spent most of her time in or on the water discovering the beauty of sailing, cooking, and serving others. Maddie is passionate about creating meals that her guests will love. She has well-rounded experience in serving groups as small as two people to banquets of over 100, including the famous rock singer, Alice Cooper and his family.

When Maddie is not in the galley, she enjoys diving, hiking, snorkeling and showing her guests the beauty of the USVI. 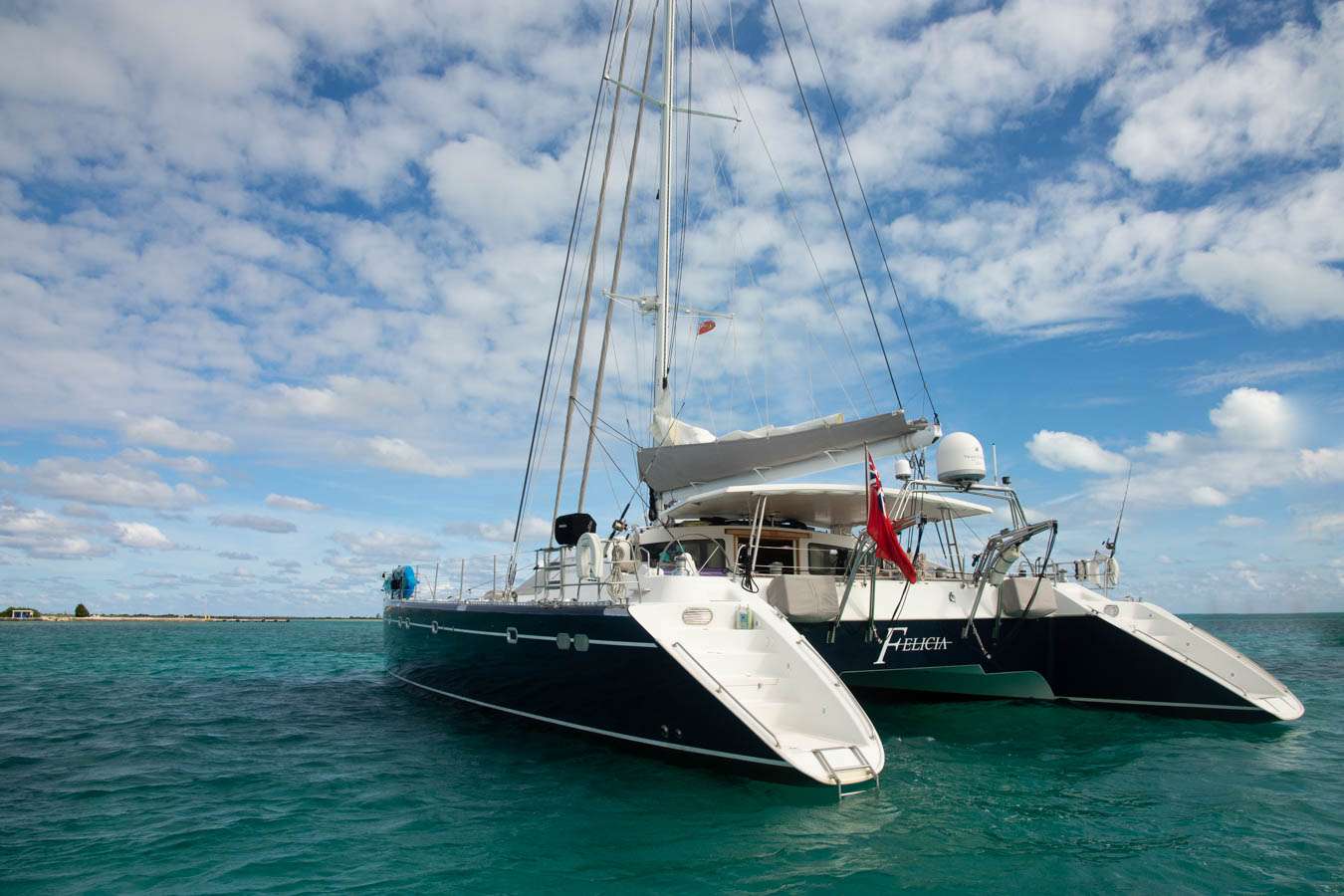