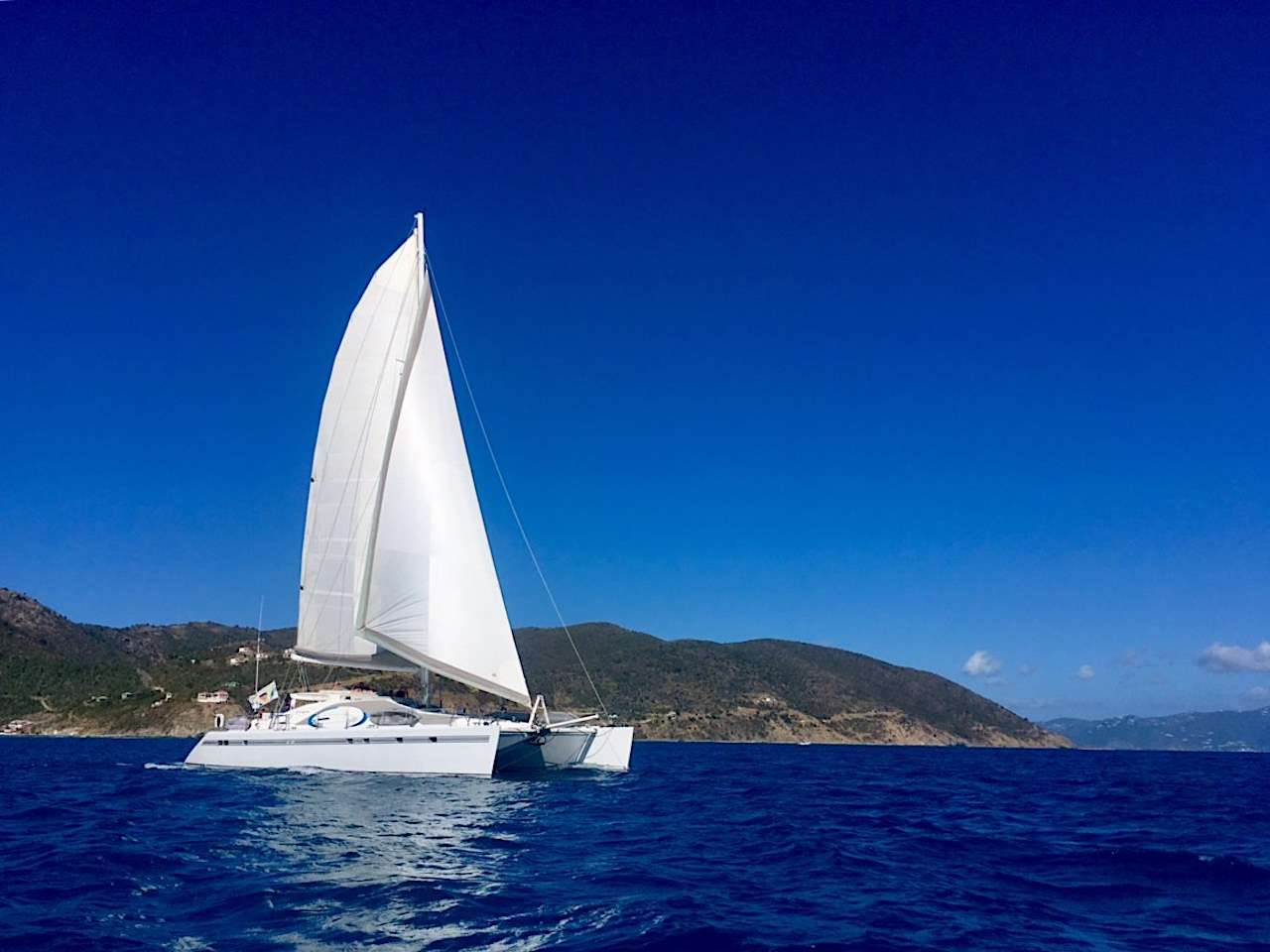 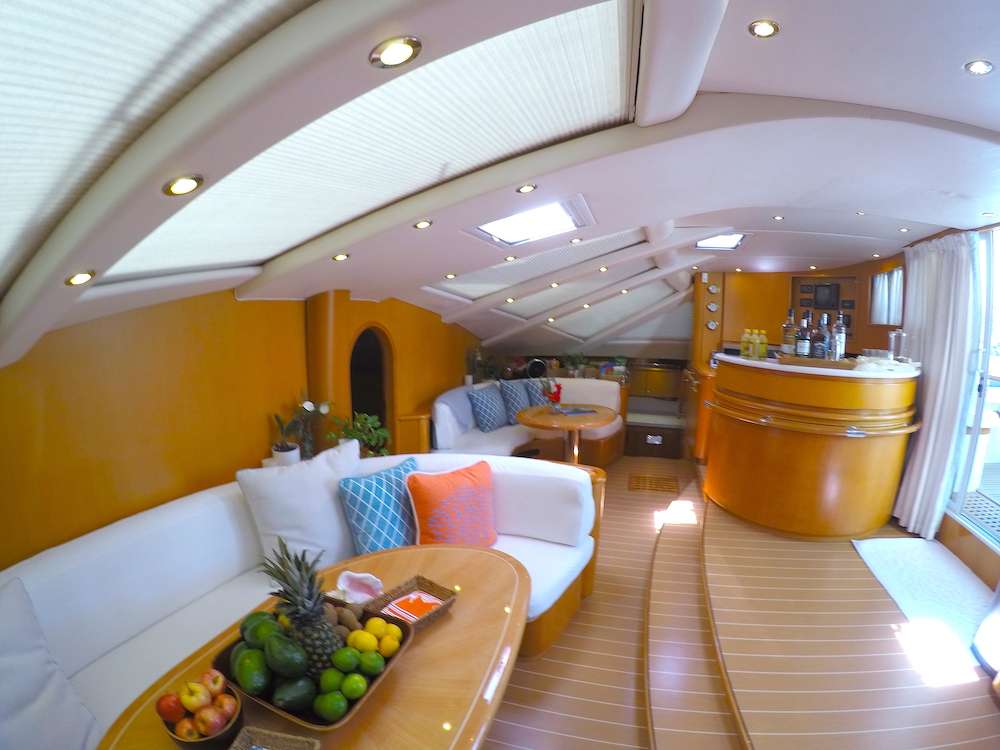 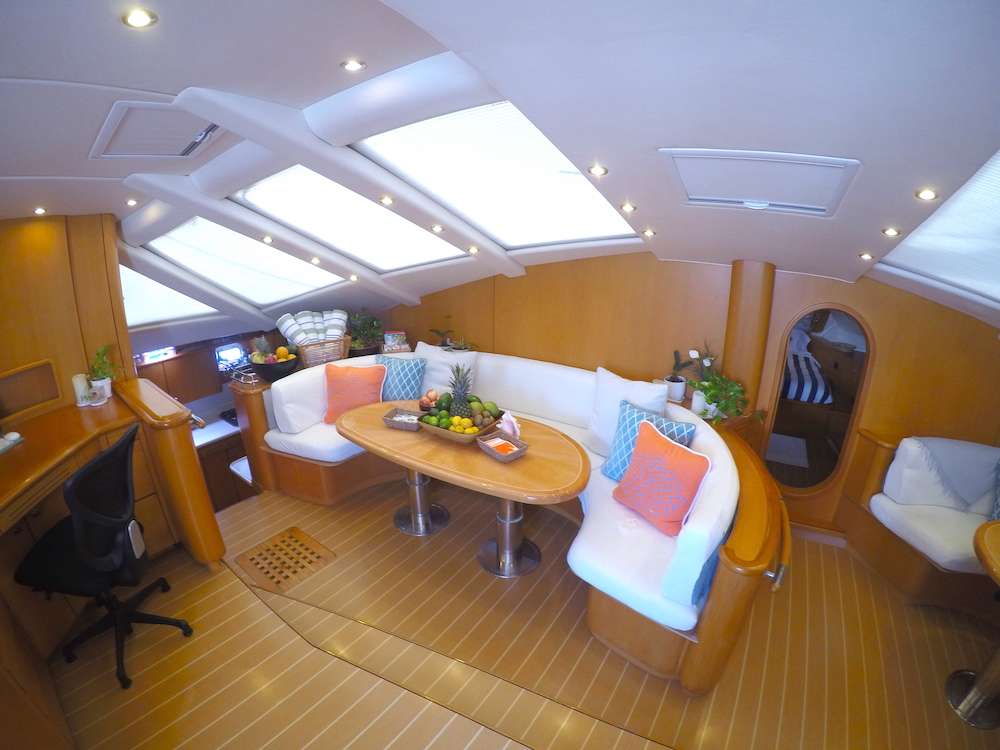 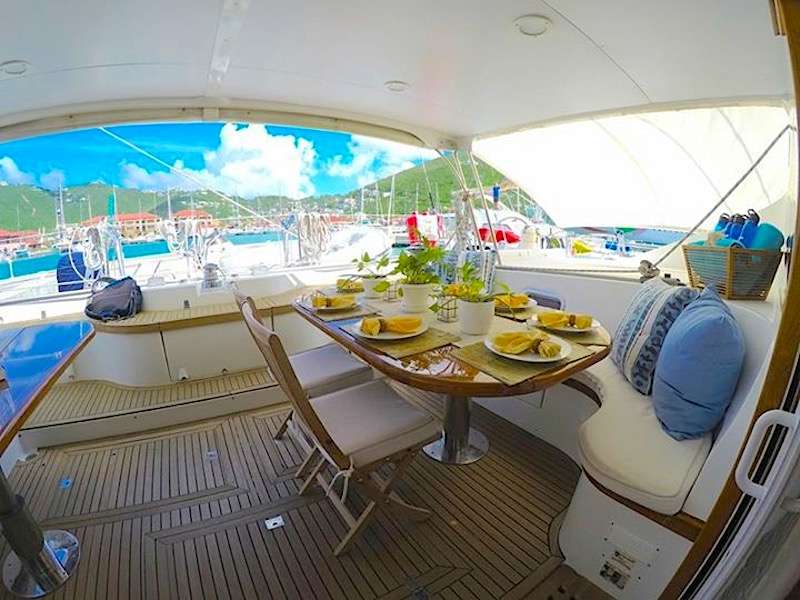 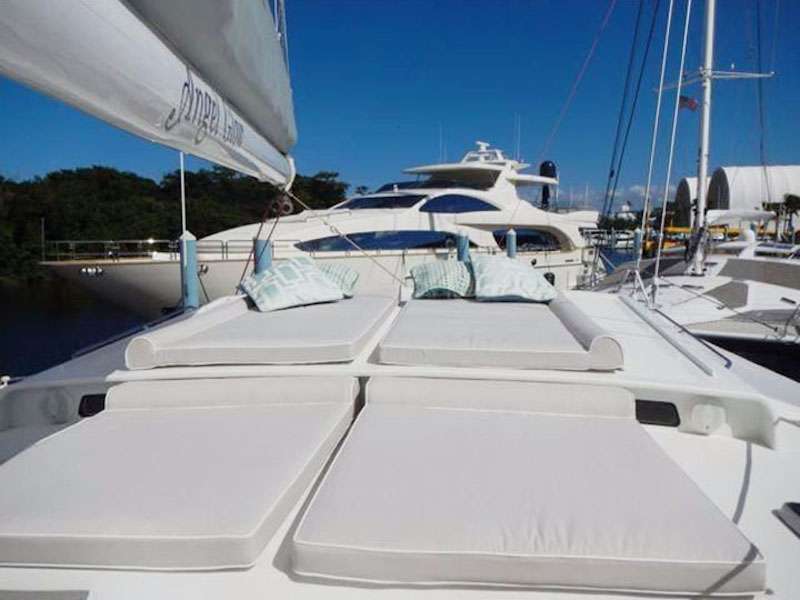 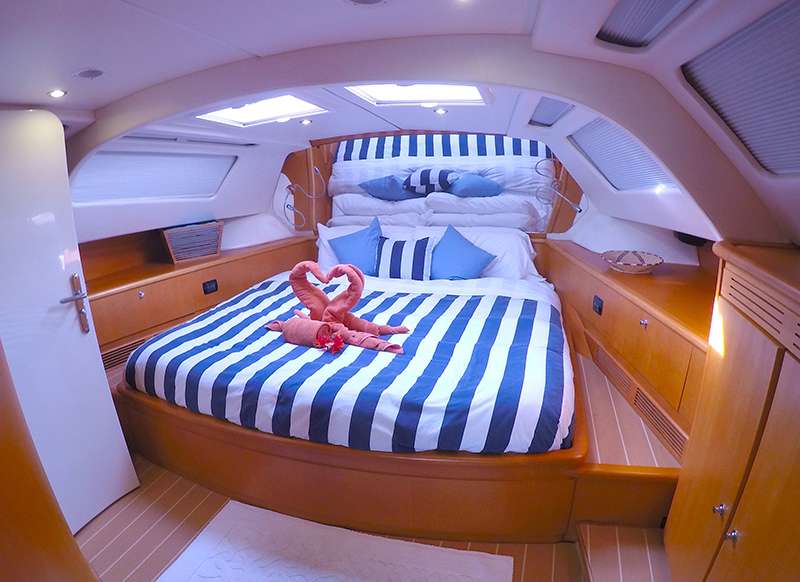 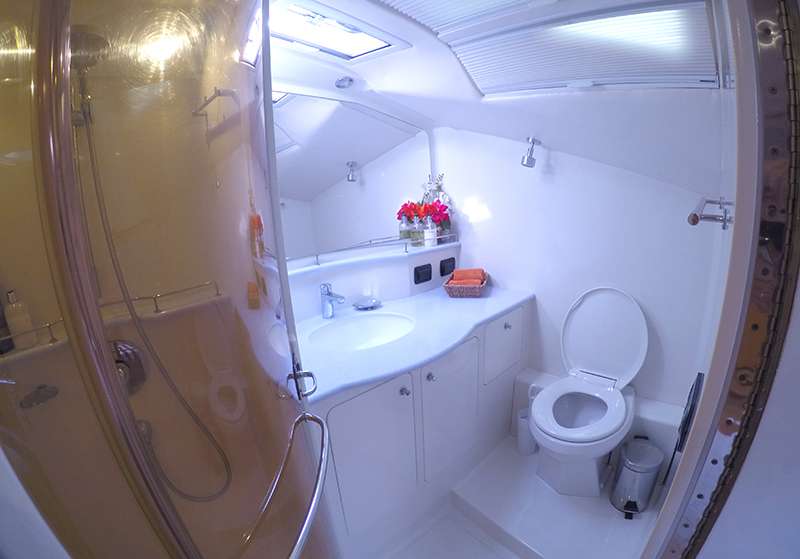 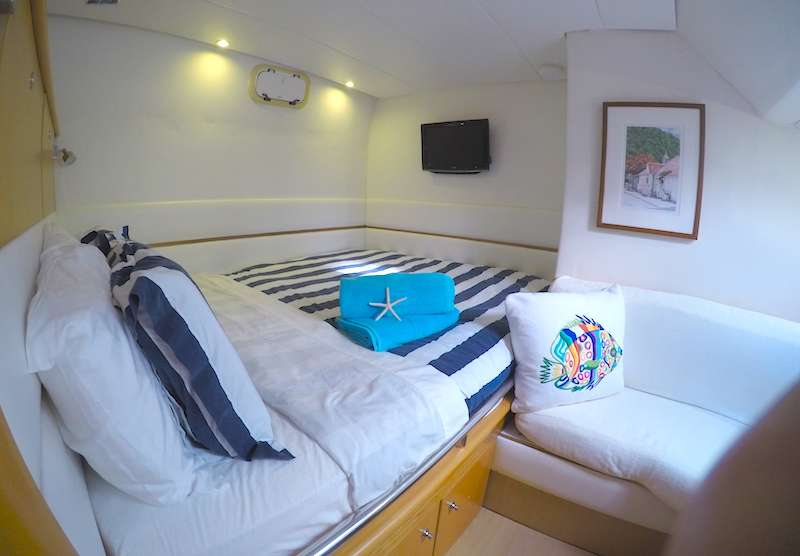 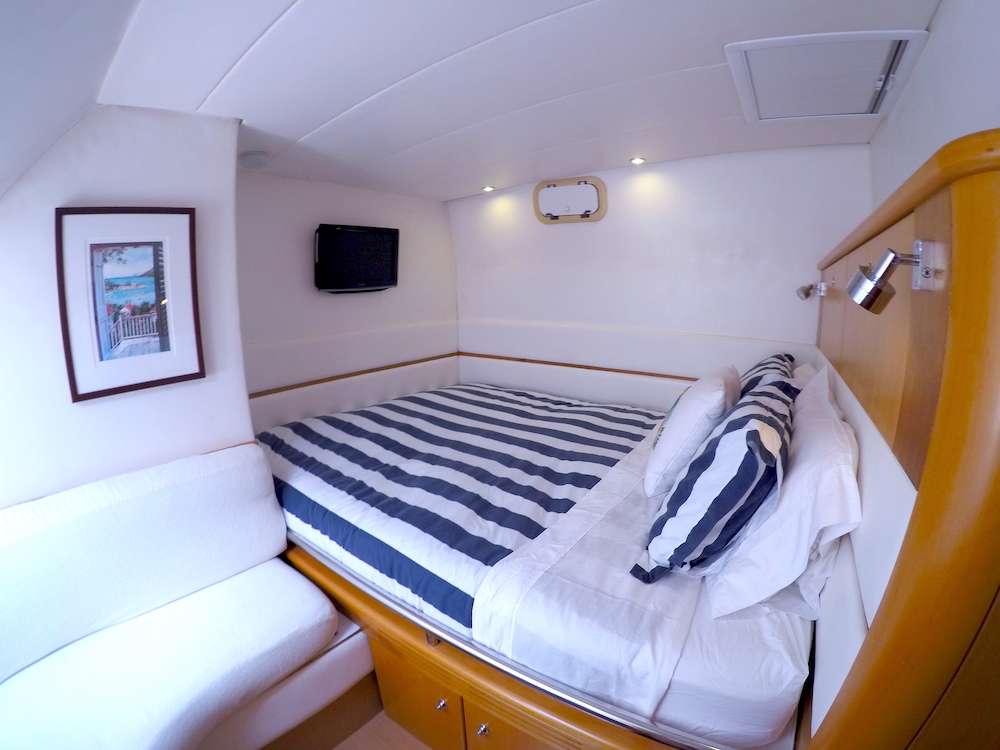 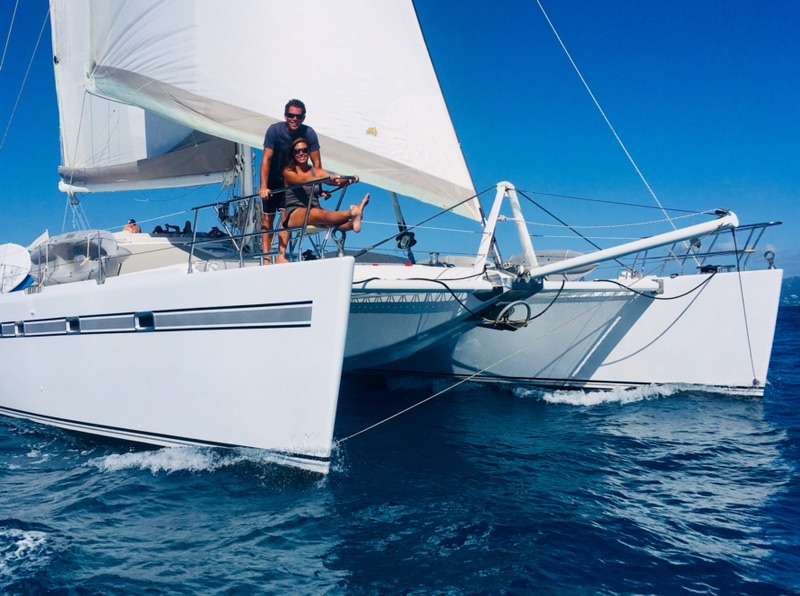 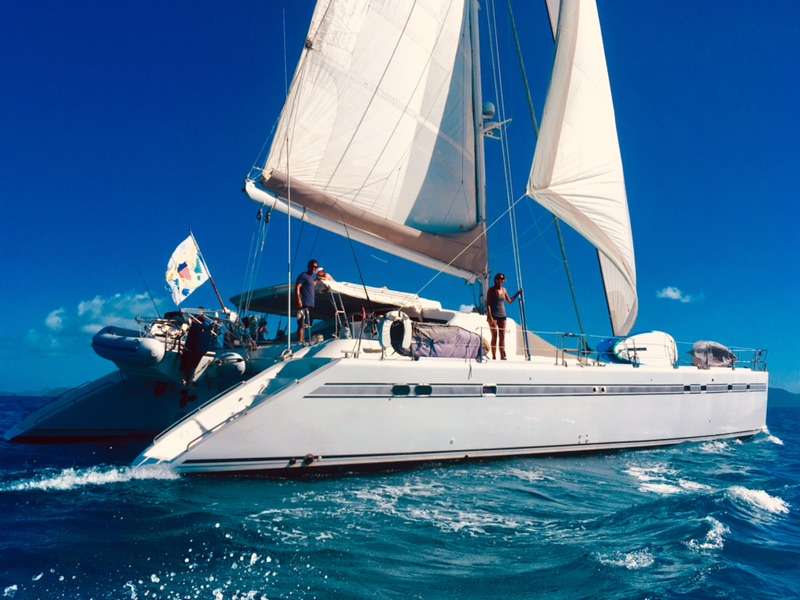 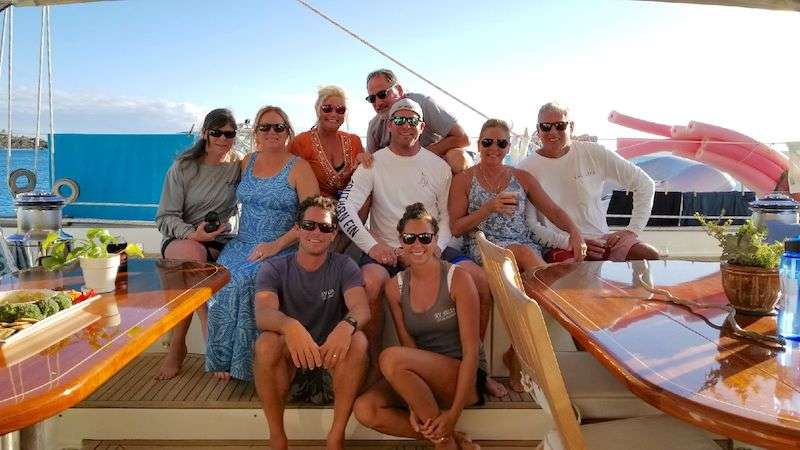 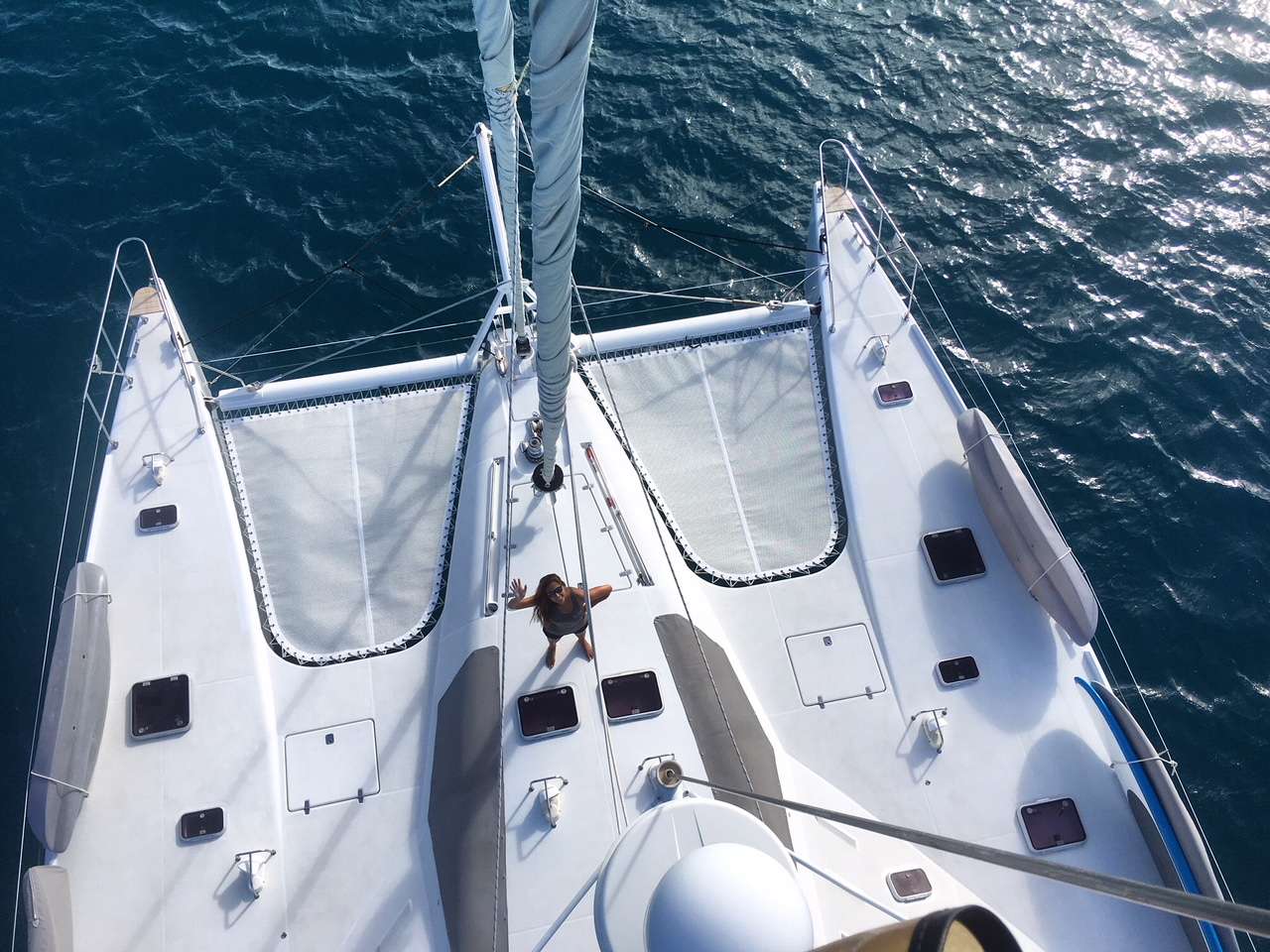 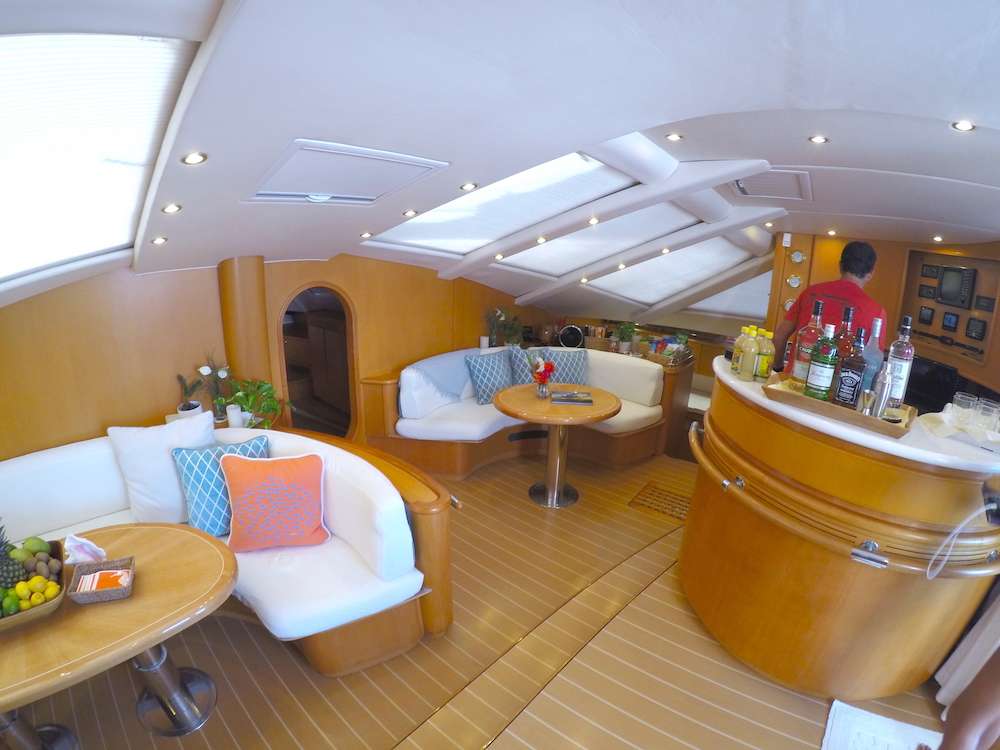 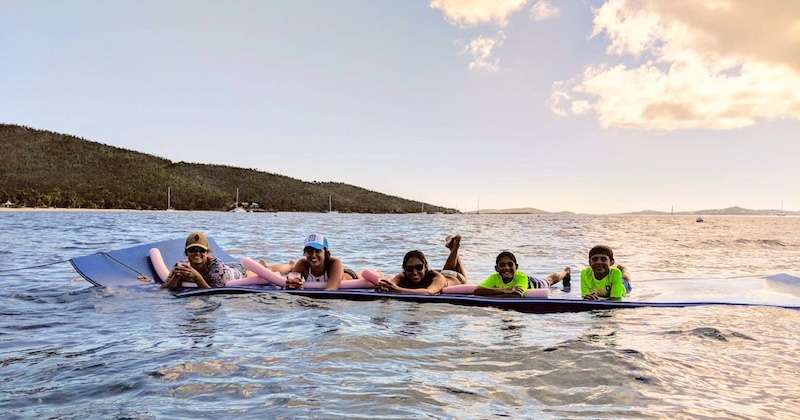 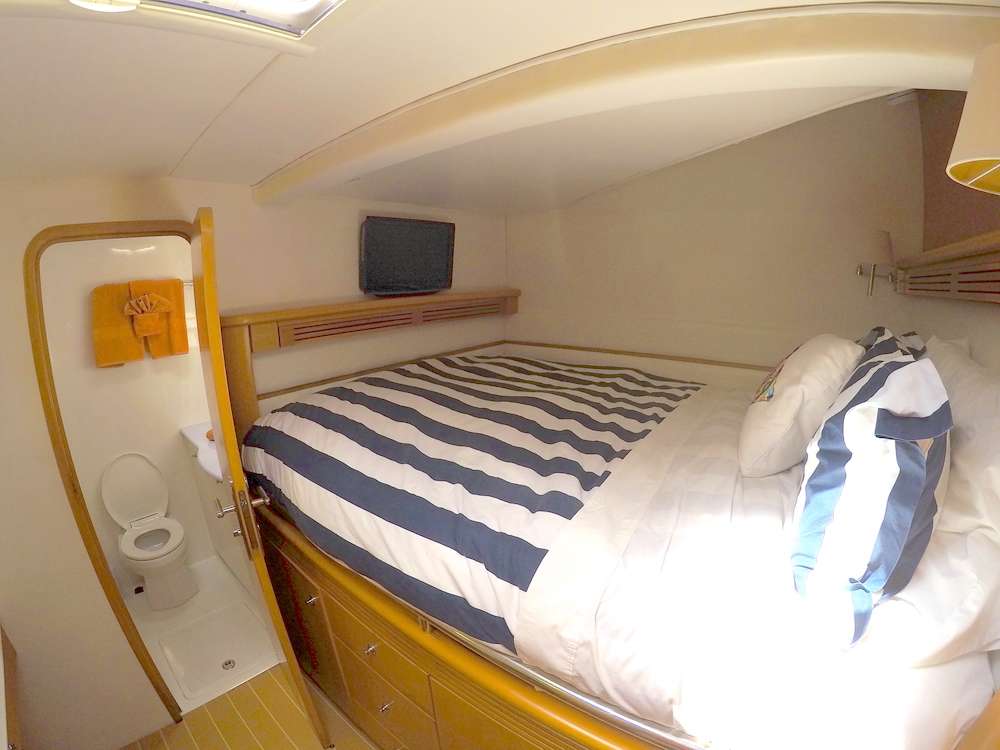 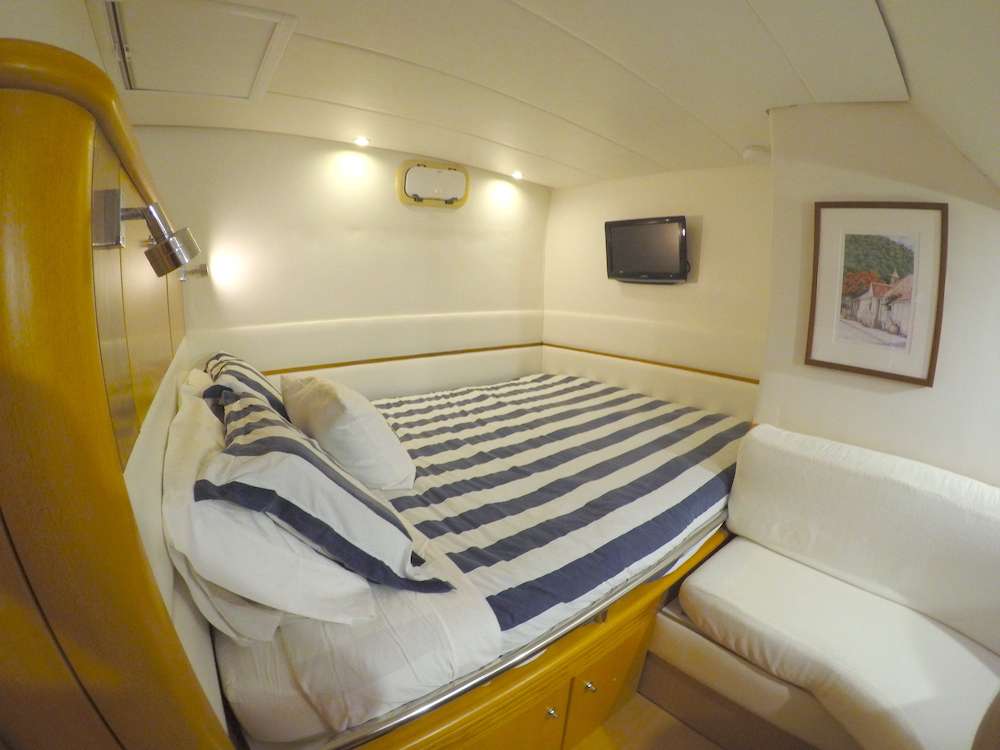 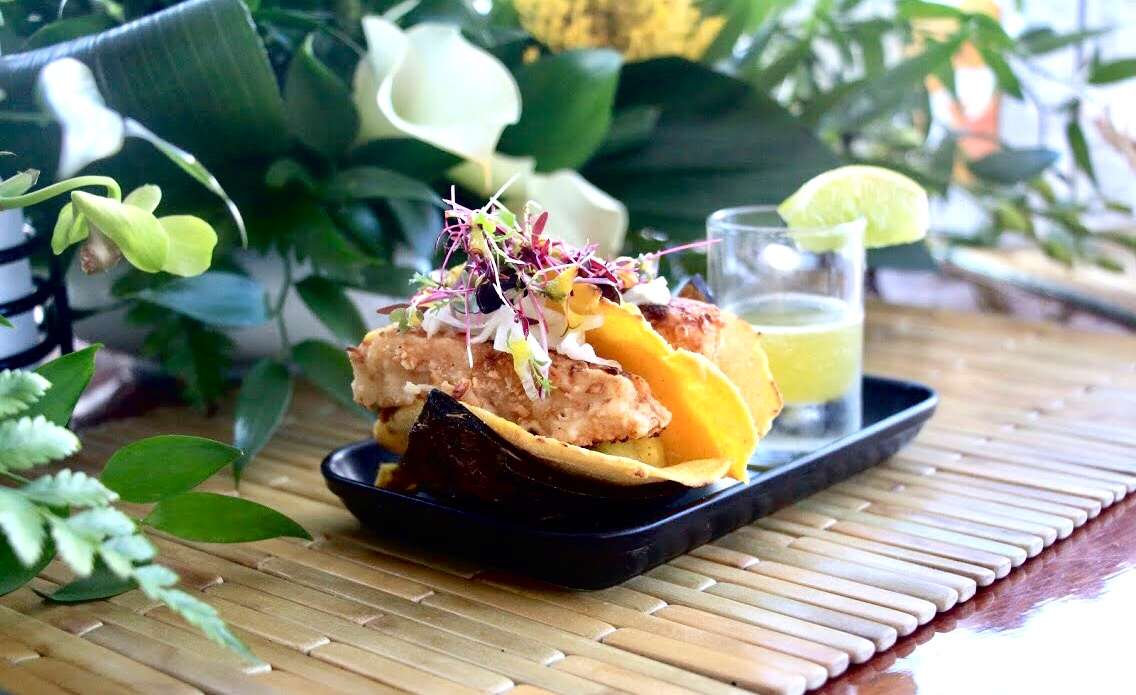 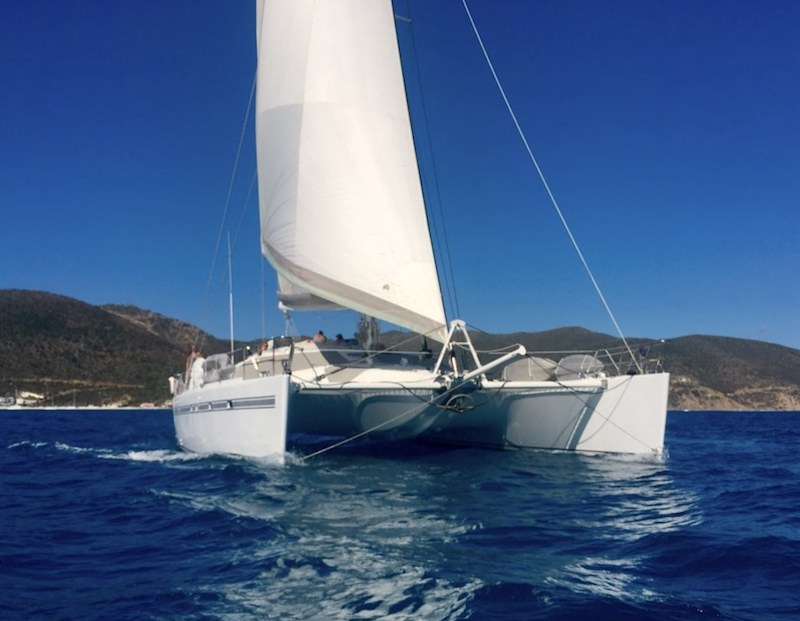 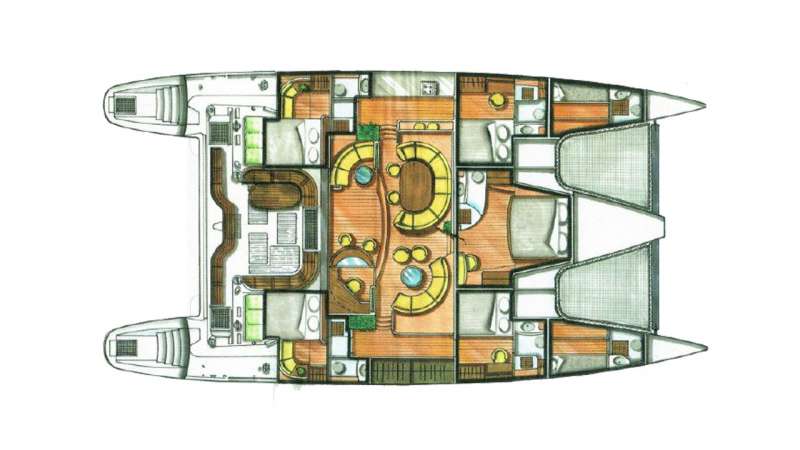 Kelea is fully air-rconditioned throughout and makes her own purified water onboard. 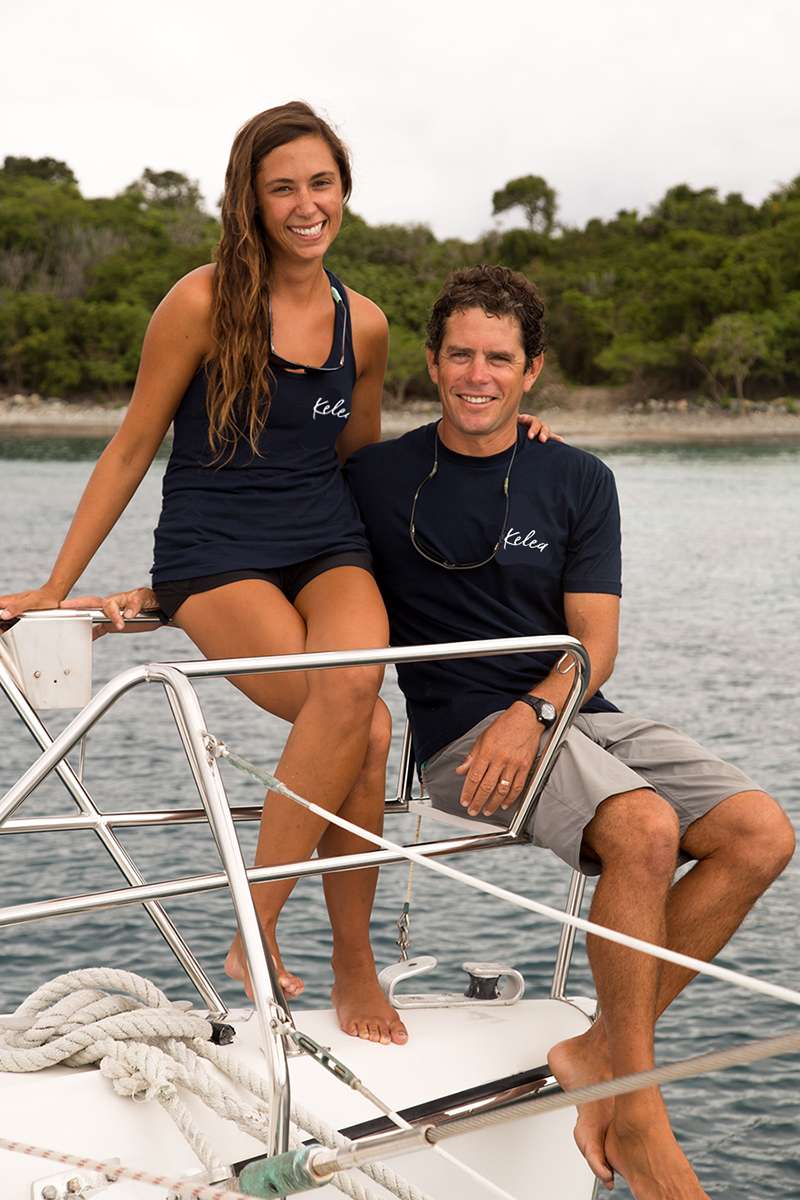 Captain Dan’s passion for the water started at an early age along the coast of Delaware. He developed his skills after moving to Wrightsville Beach, North Carolina, where he learned to read the wind and the water for both surfing and sailing. He obtained his Captain’s license in North Carolina, and quickly began guiding on the water and sharing his love of nature and the sea.

Dan worked on Bald Head Island, North Carolina helping in the development of an outdoor adventure company. He obtained his US Sailing Association Certification and American Sailing Association Certification, and began instructing others on sailing. During which and since, he has owned several personal sailboats and captained others, allowing him to learn and hone in his skill as a Captain.

Alli was born on the East Coast where as a young girl she grew up with a passion for the ocean and adventure passed to her by her father. In High School, Alli participated in multiple Outward Bound wilderness classes, and from there the adventure never stopped. She attended the University of North Carolina Wilmington, during which time she began working for the same sailing and kayaking company where she met her future husband, Dan.

Alli has grown up with a passion for cooking food, that not only tastes good and looks good, but that is good for you. She began cooking at a young age, preparing meals for her family of five, and continues to create beautiful dishes with love and artistry. Alli attended the Ashburton Culinary Academy in 2019, where she earned a Certificate in Culinary Arts following a month-long professional training programme. She was also awarded First Place in the 2016 St. Thomas Charter Yacht Show’s Culinary Competition.

Dan and Alli met in the Summer of 2009 on Bald Head Island, North Carolina, where they worked running kayak trips and sailing excursions. Together they managed the company, never losing sight of their passion for travel. From the North Shore of Hawaii, to the coastlines of Costa Rica, the couple began their adventures together starting that summer. After sailing their personal sailboat, Goose , over 2,500 miles from North Carolina to the Bahamas and back they discovered their love for the islands.

They moved to the Virgin Islands to pursue their love for the sea and sailing, where they began working for a popular watersports company. Dan captained a 50ft catamaran, running day charters around the BVI and USVI, and Alli managed the hotel’s land and sea based watersports activities, meanwhile obtaining her certifications to crew.

After living together in the Virgin Islands for three years, the couple married in the summer of 2016 and they have been a Captain and Crew team ever since. They continue to get out on the water to snorkel, surf, sail and fish whenever the opportunity allows. Whether searching for lobsters, searching for waves, or simply sailing, they always enjoy their time spent on the water.

One of their favorite quotes is, “The Virgin Islands were meant to be viewed from the water.” s/v Kelea allows them to share their love for the islands, the sea, and all the two have to offer, with all of her guests.