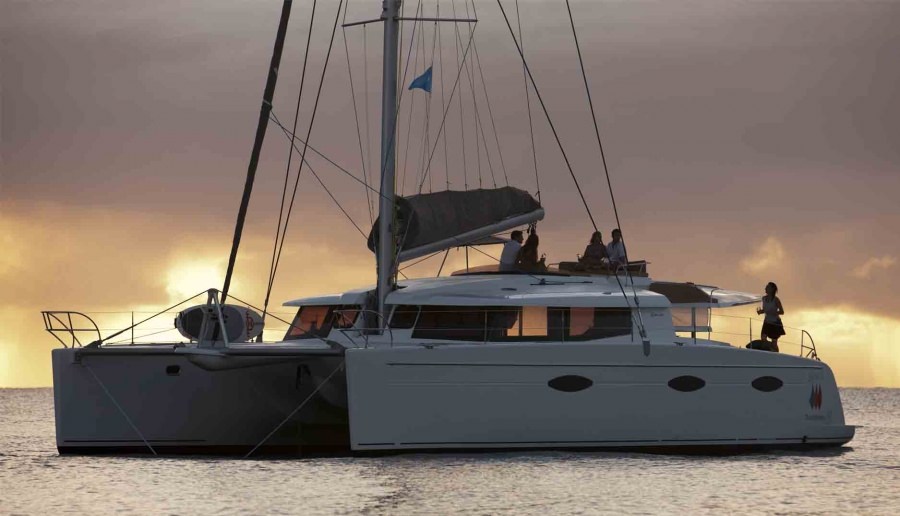 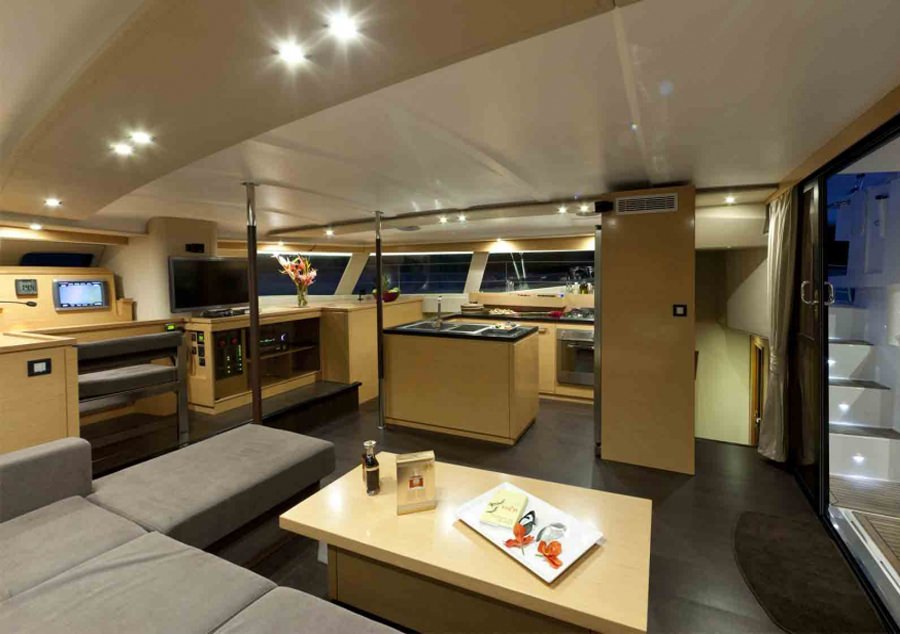 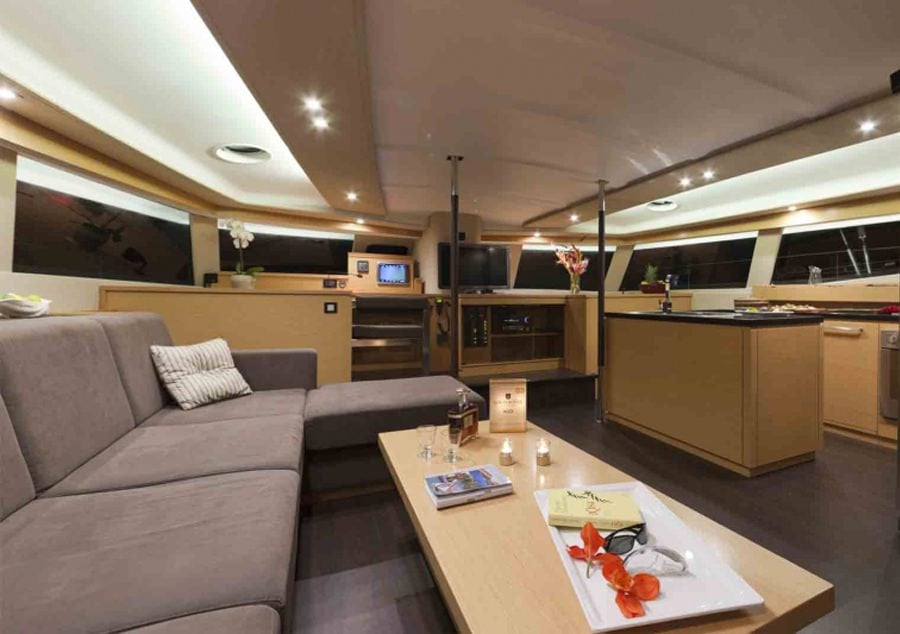 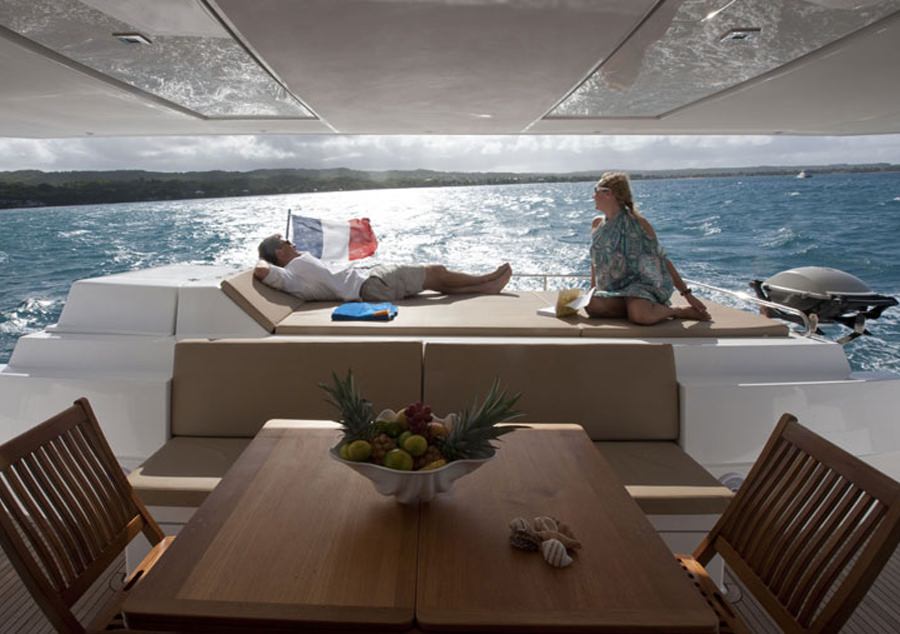 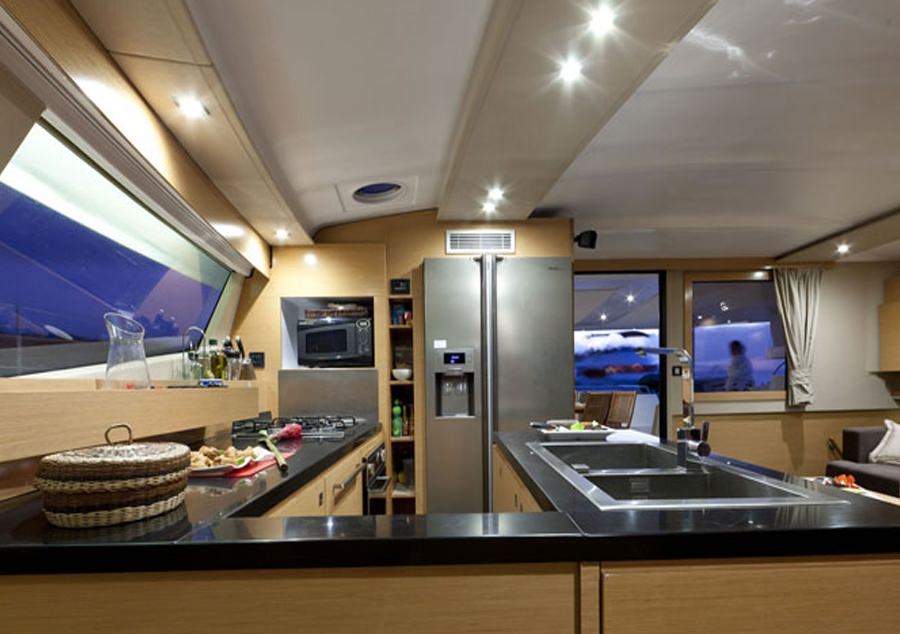 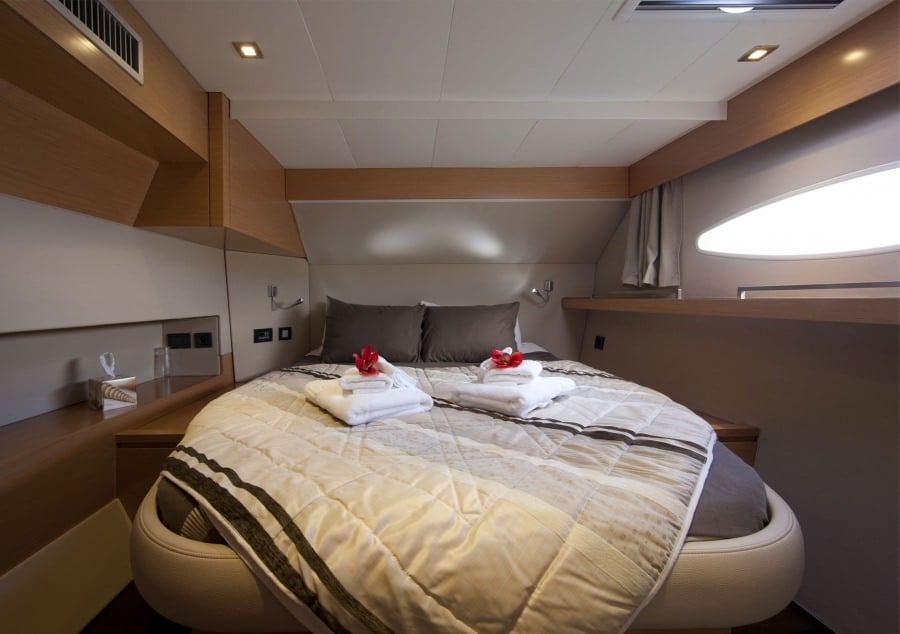 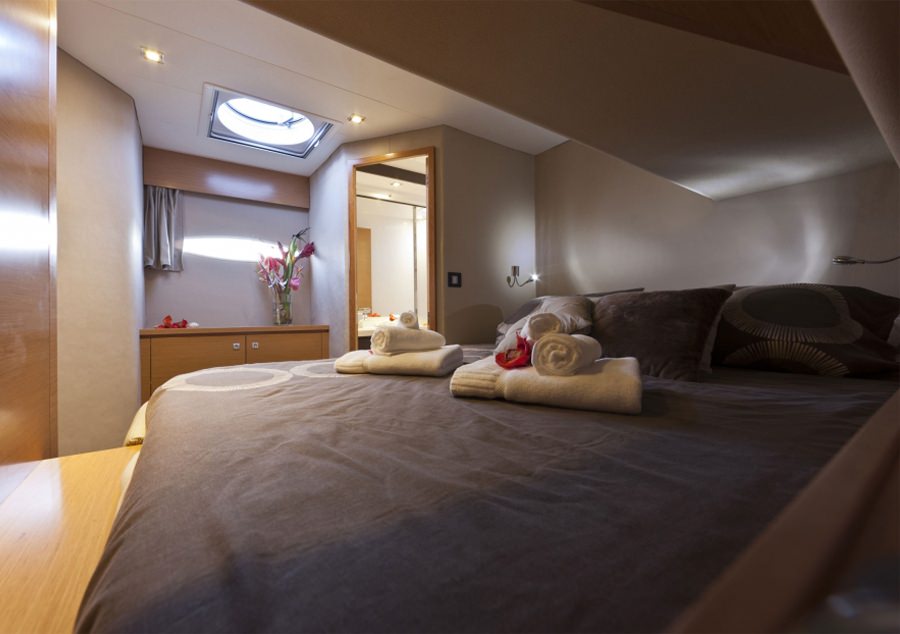 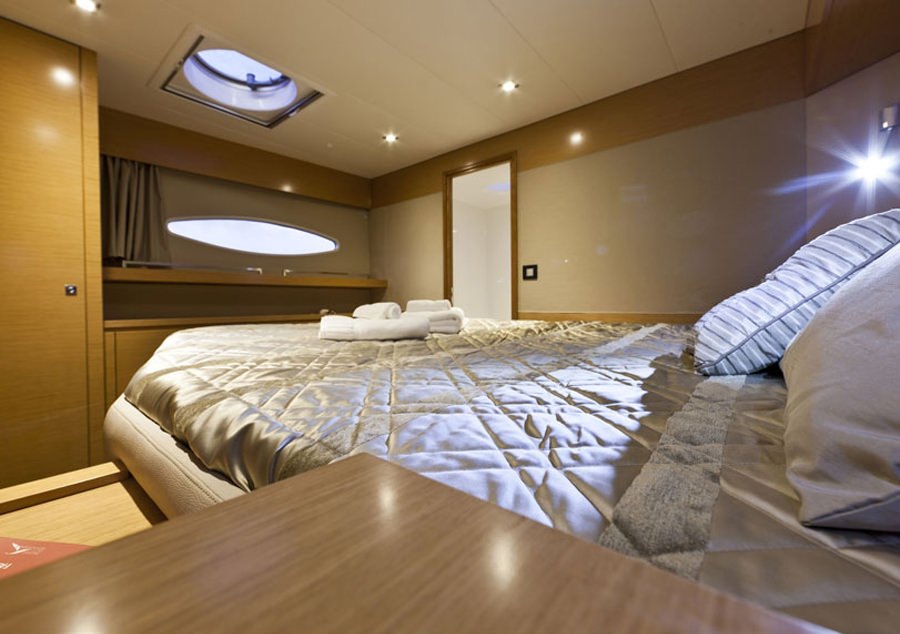 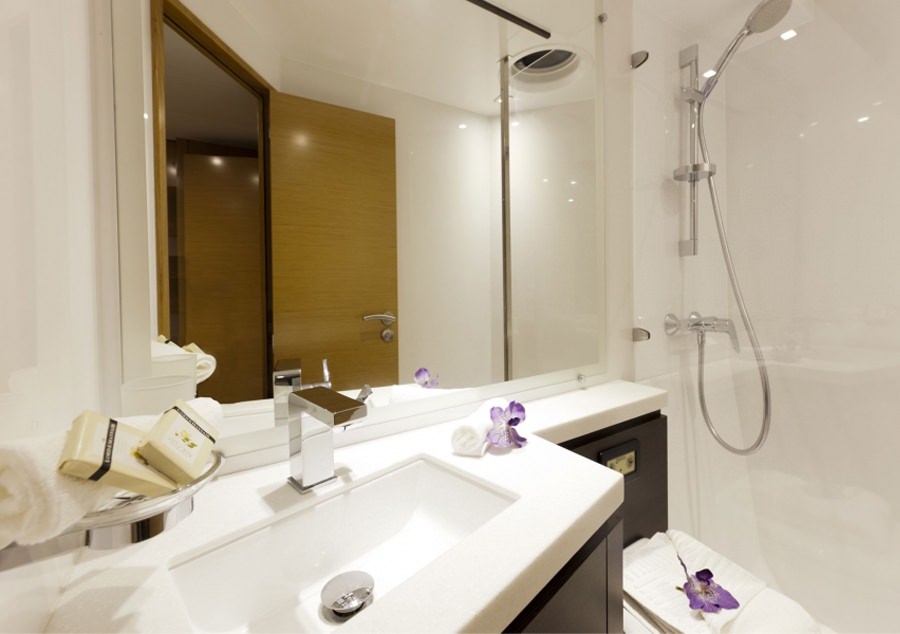 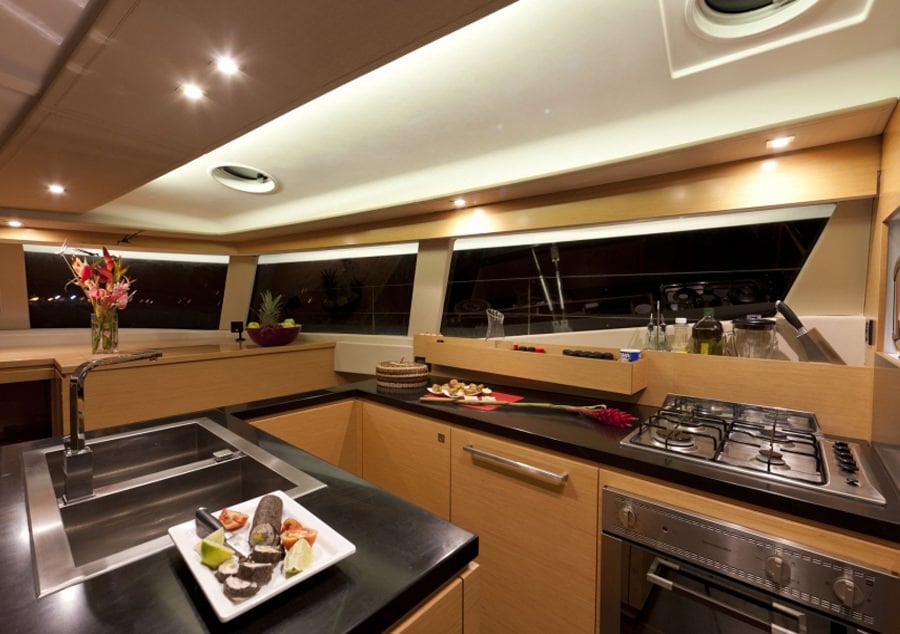 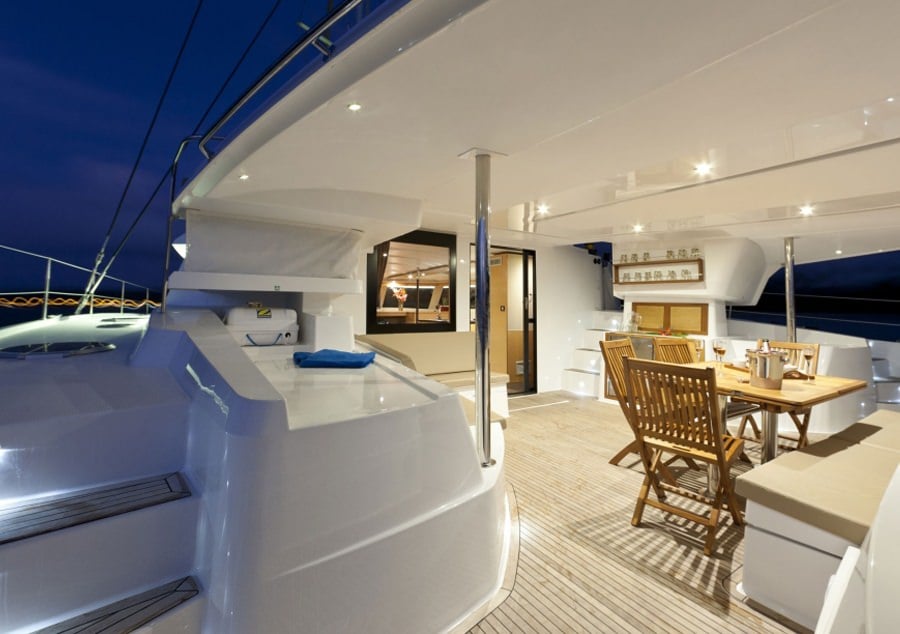 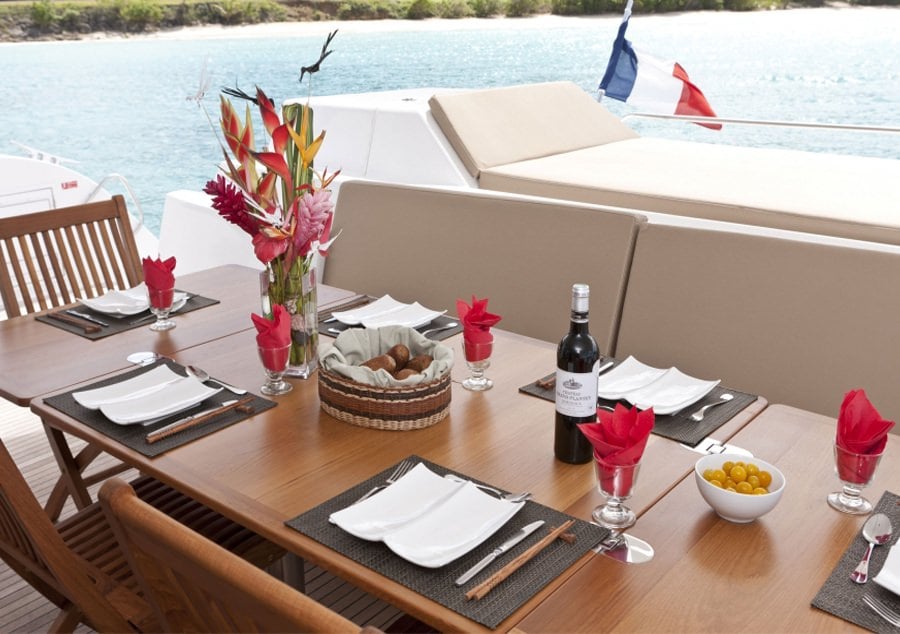 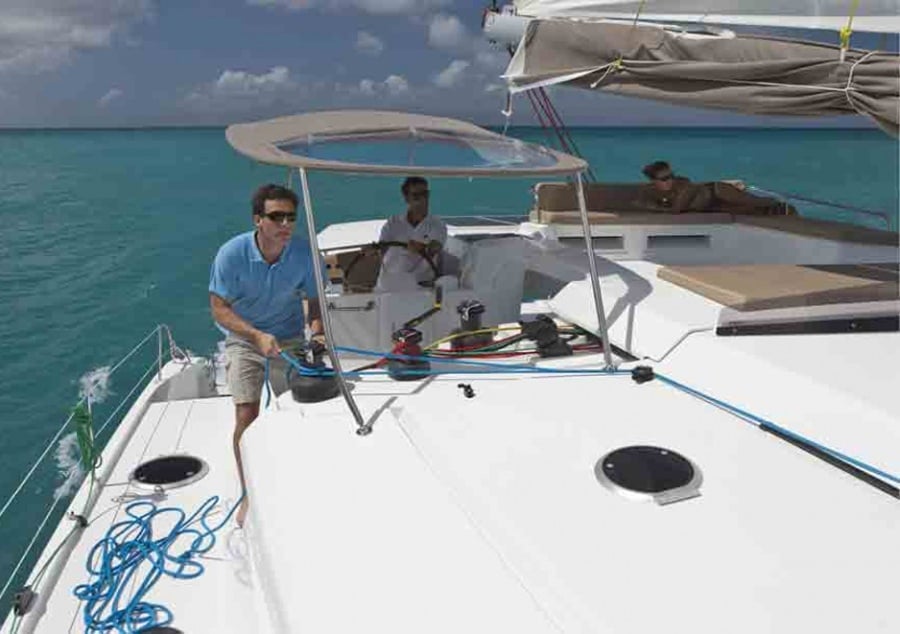 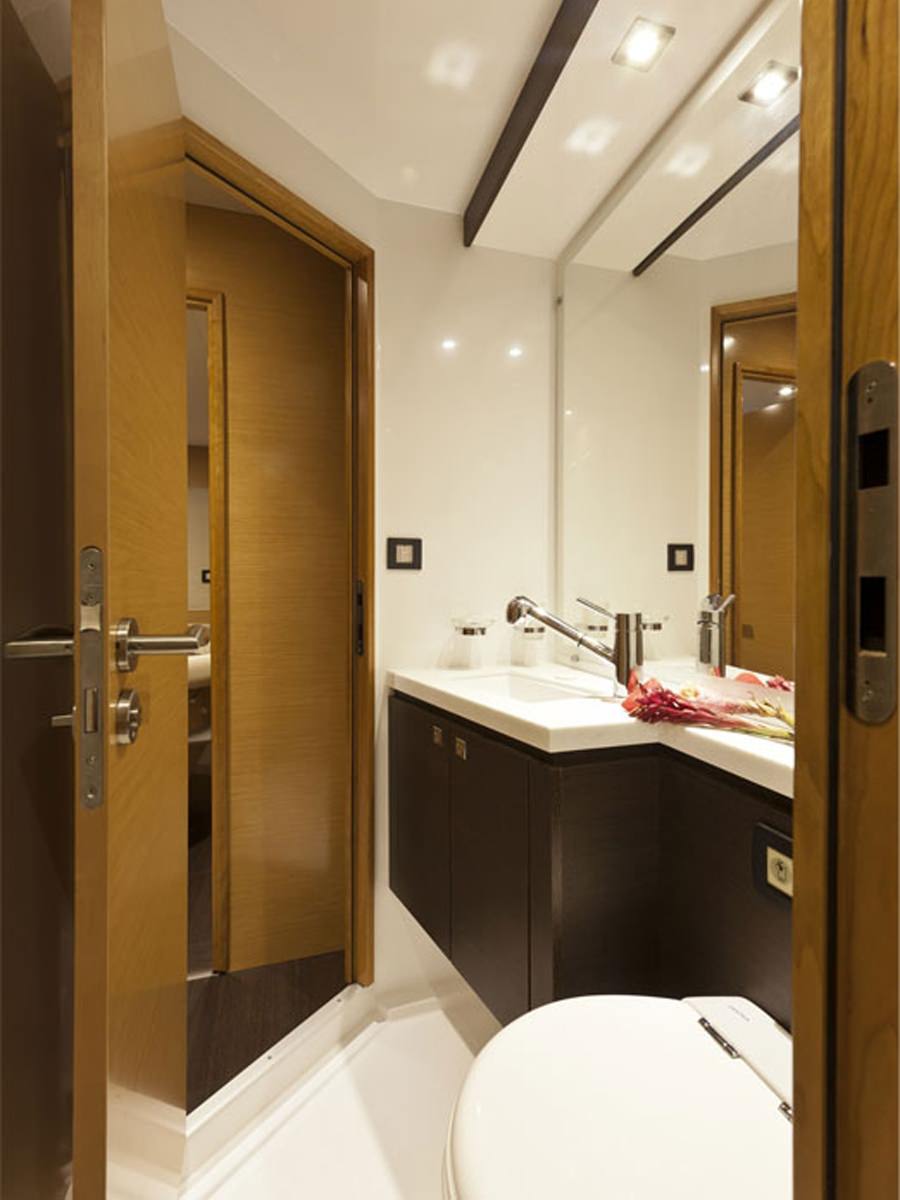 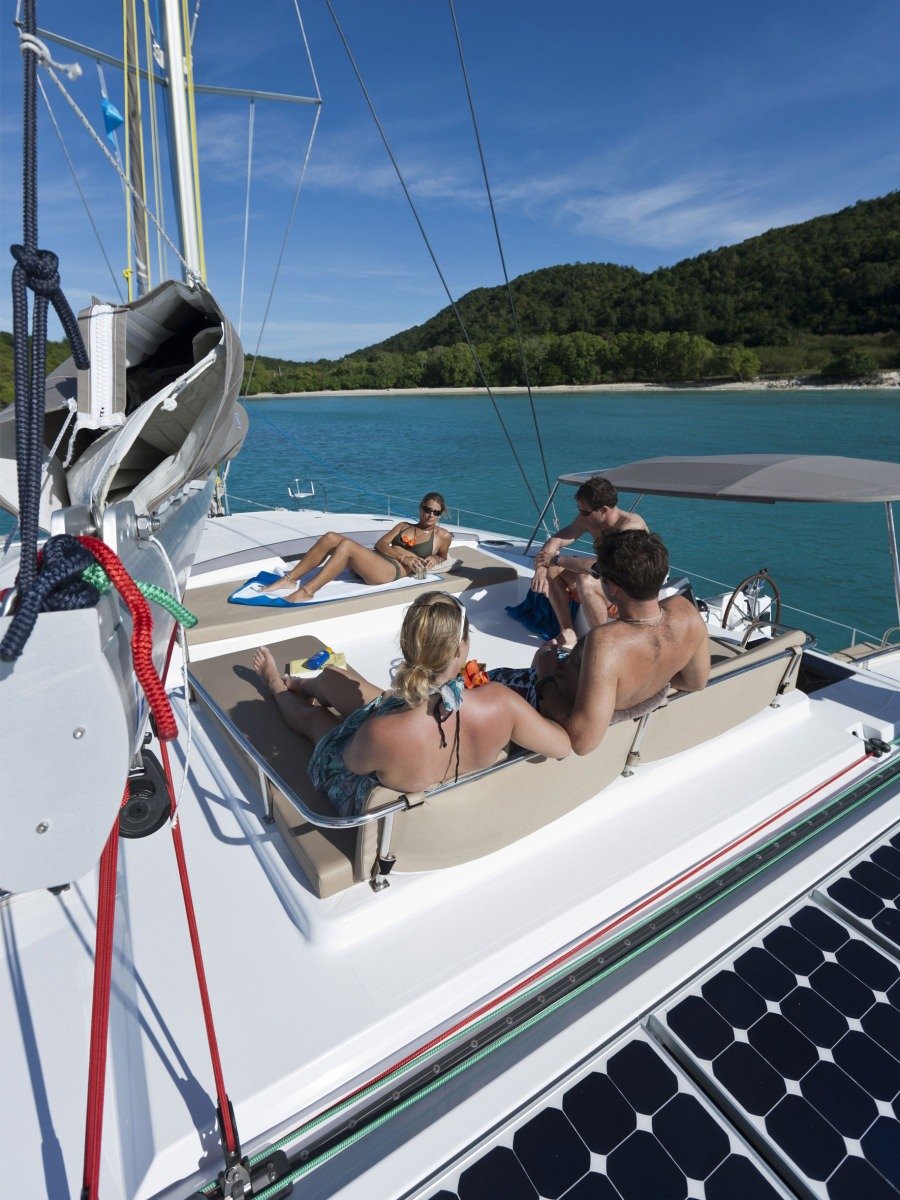 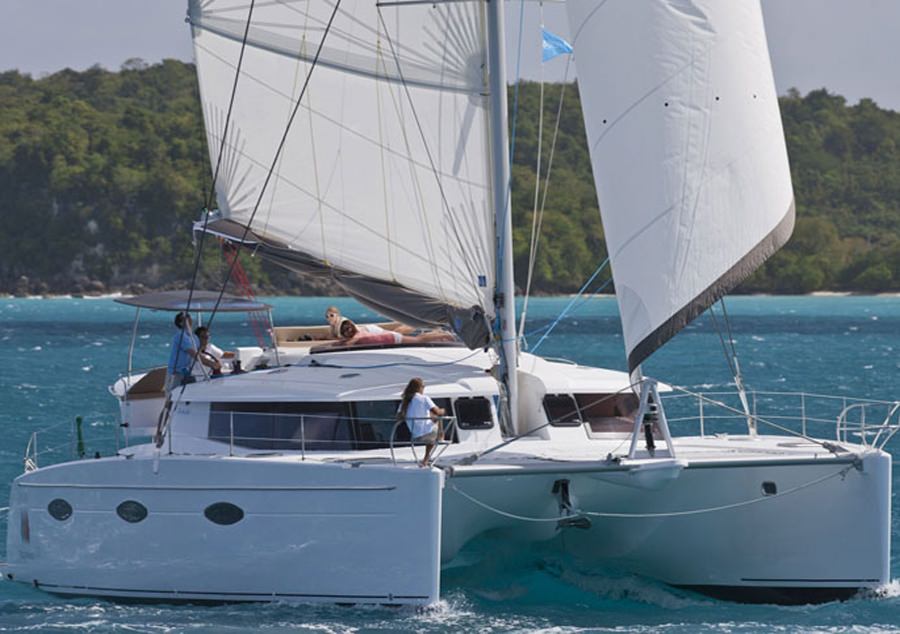 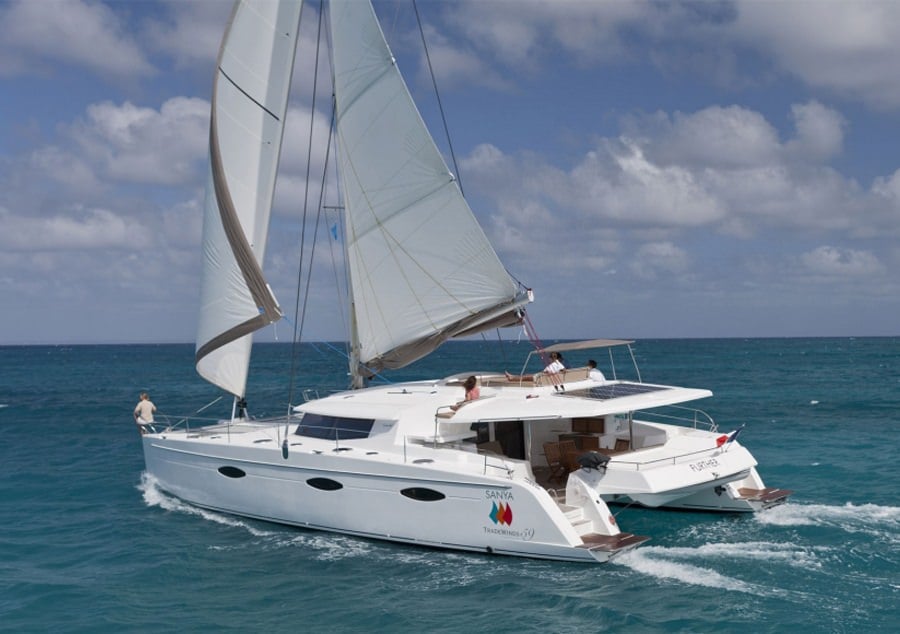 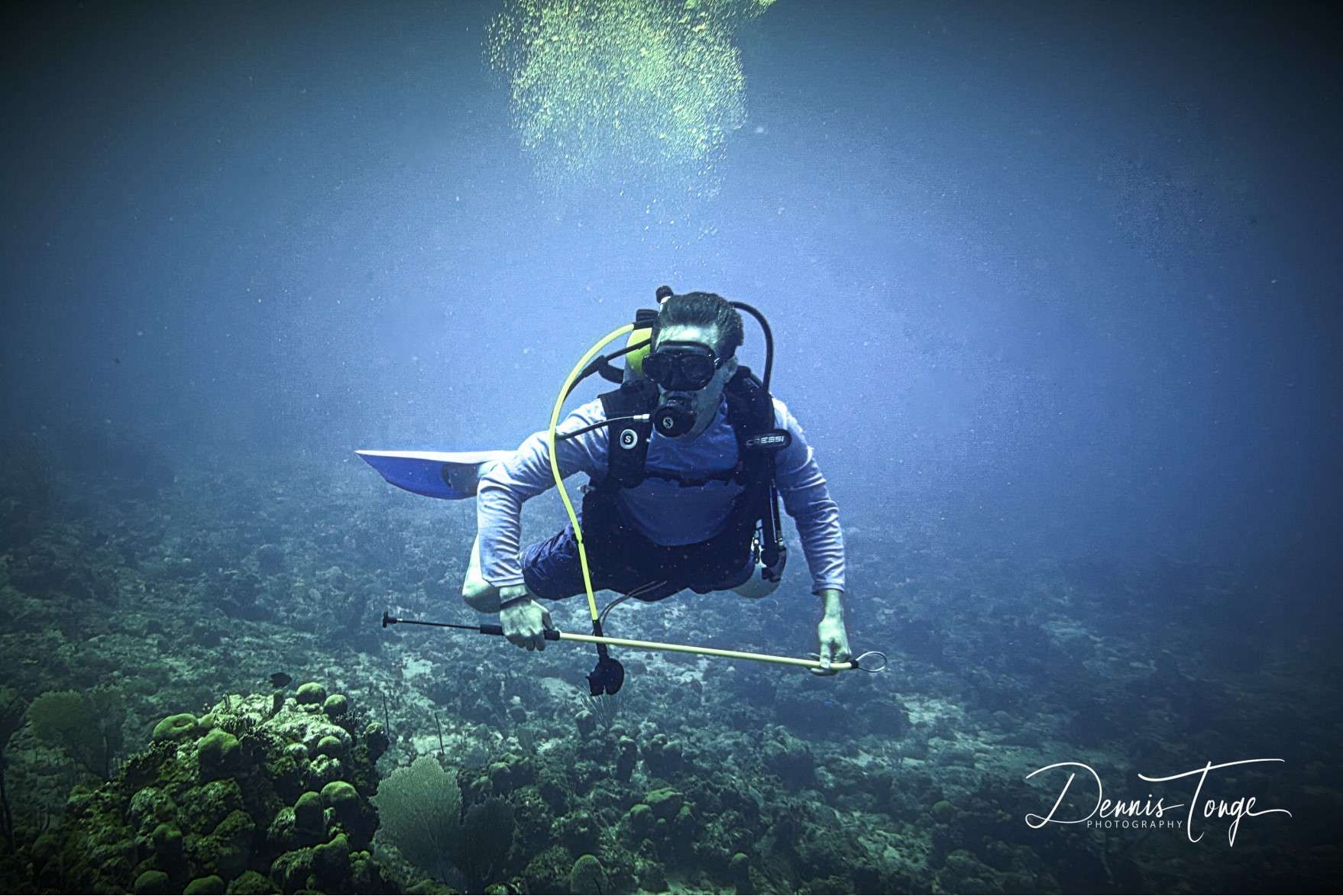 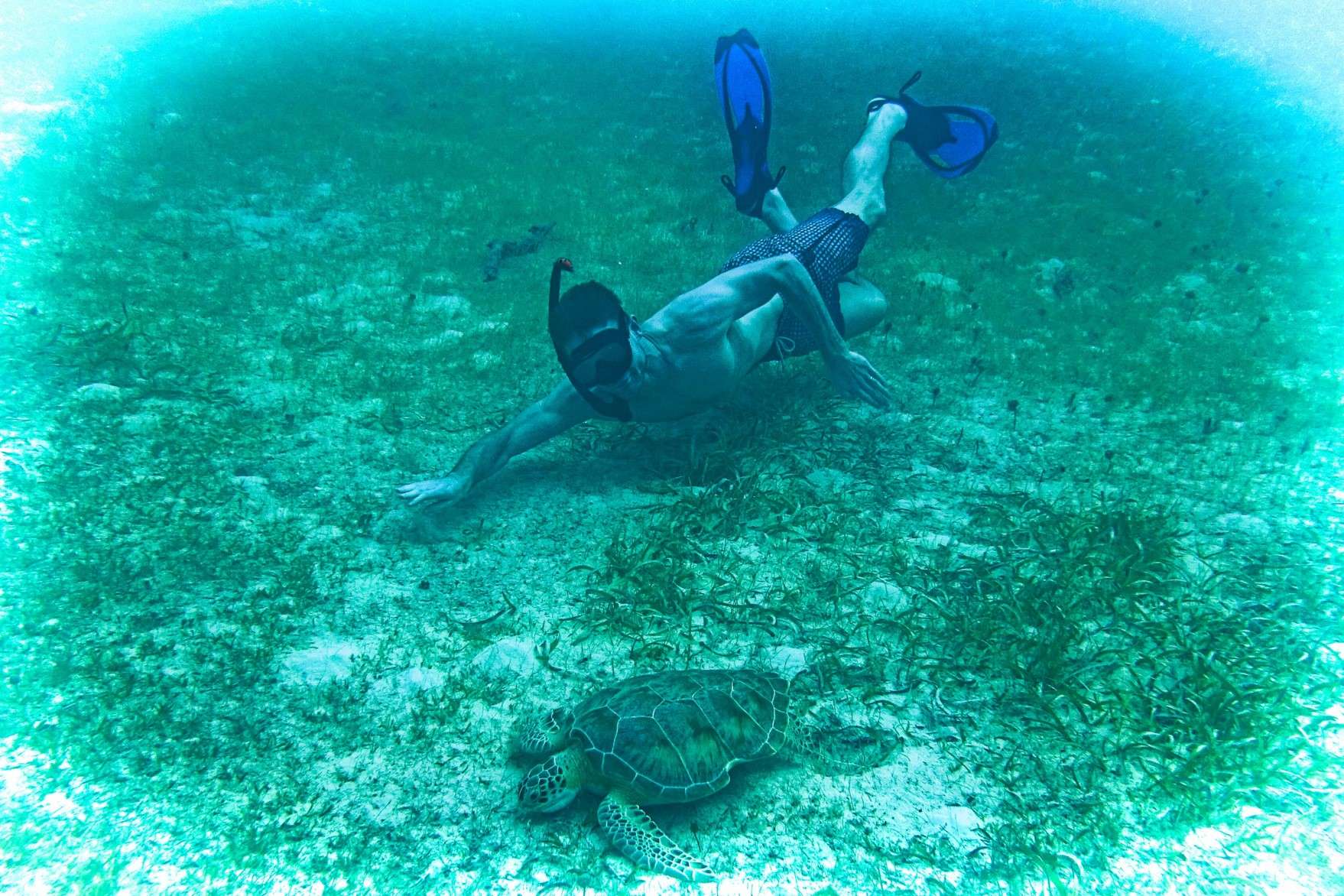 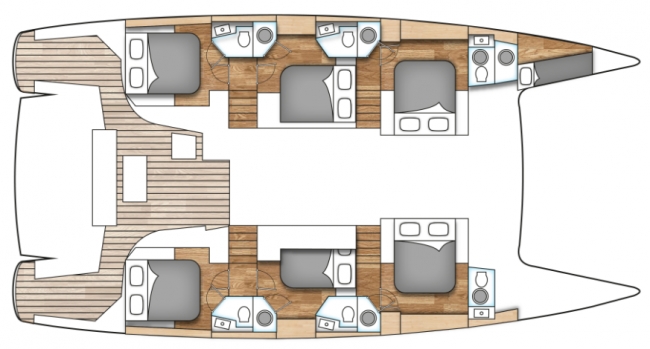 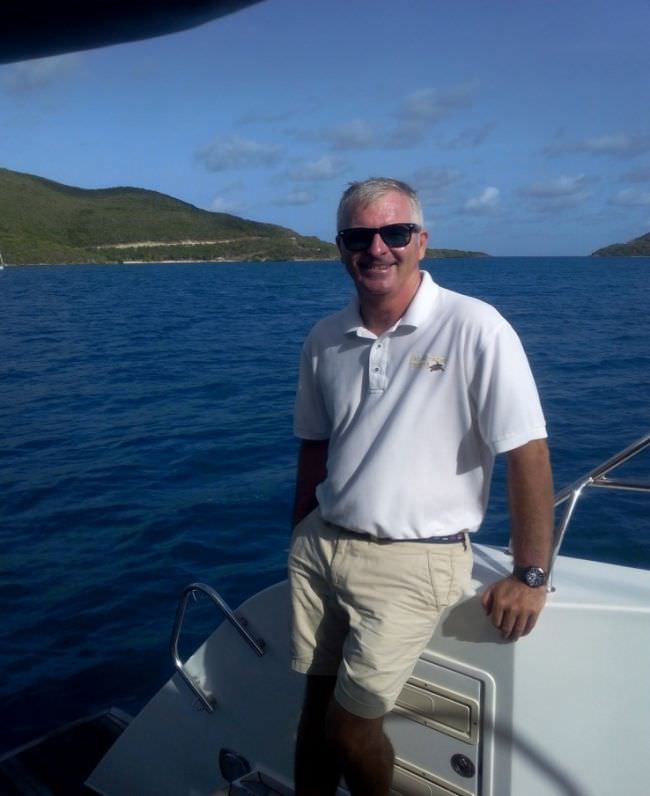 Captain Dennis has been drawn to the water and nature as long as he can remember. As the only boy with four sisters, his favorite childhood memories were the times they spent boating, sailing, fishing, and camping. He then raised two boys and a girl enjoying much of the same in the great outdoors. When he wasn’t tending to business he could most likely be found on one of his boats or under the water in diving gear. P.A.D.I. Dive Master Dennis has over 3800 dives under his belt! You can certainly say he loves the sport and sharing the magic below the sea! With the family grown and the ocean calling, Dennis and Stephanie liquidated their land-based treasures and headed for the Caribbean. They have since logged over 15000 miles sailing the Caribbean and Atlantic Ocean.

While Dennis is a serious captain, his spirit is enormously playful. His sense of humor and friendly demeanor will make you feel like you’ve made a friend in an instant. This Master Captain has also earned his title of Grill Master and Chief omelet aficionado! Join Captain “D” as he shares those secret harbors of the Virgins on your next dream vacation!

Dennis loves to capture action shots of his guests above and below the water. He always makes sure the guests leave with a frame quality picture of a turtle, fish or sea creatures which you can treasure for years to come.

Stephanie fell in love with sailing the Virgin Islands when her parents chartered a sailboat in the B.V.I.s at age 12. In her words, “It never quits being magical” immediately after college she was hired by a cruise line as staff in the Purser’s office. Consecutive one-week cruises for a straight 8 months didn’t put a damper on her enthusiasm for the industry, she moved into marketing and even spent 2 years using her industry knowledge for the production of a travel T.V. series, Tourific Destinations on the Discovery channel. Years later when Dennis suggested he wouldn’t mind giving up a land based home for sailing, she was “All In! ”

Travel and sailing combined with Stephanie’s talents in the culinary arts have been a dream come true! Her attention to detail in the galley is unparalleled. On board guests quickly nicknamed her “Saucy Stephanie” as she has an uncanny ability to combine flavors to please the palette! She also has a wide variety of gluten free, pescatarian and vegetarian delights!

Captain D and Stephanie love to share their enthusiasm for the places and people of the Virgin Islands, and they look forward to introducing their guests to this beautiful part of the world while creating memories that will last a lifetime.