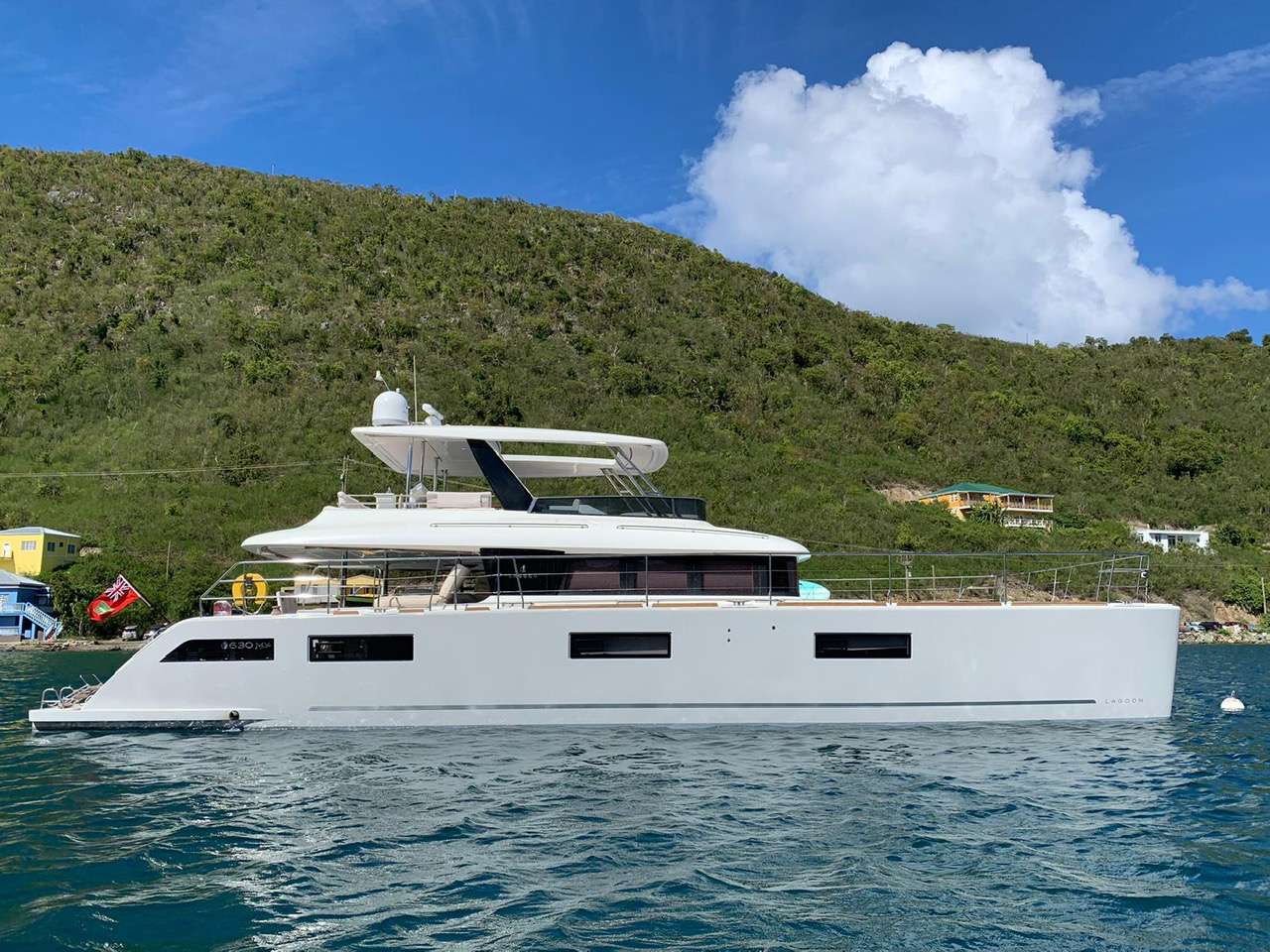 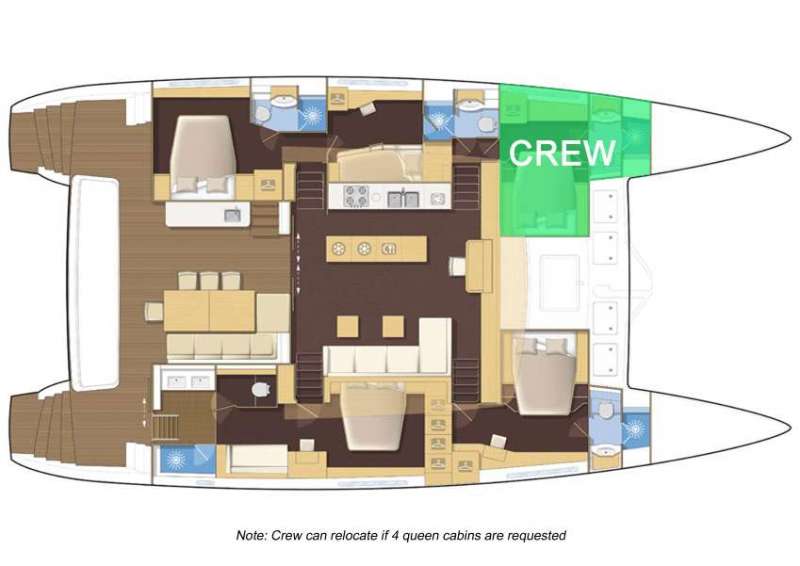 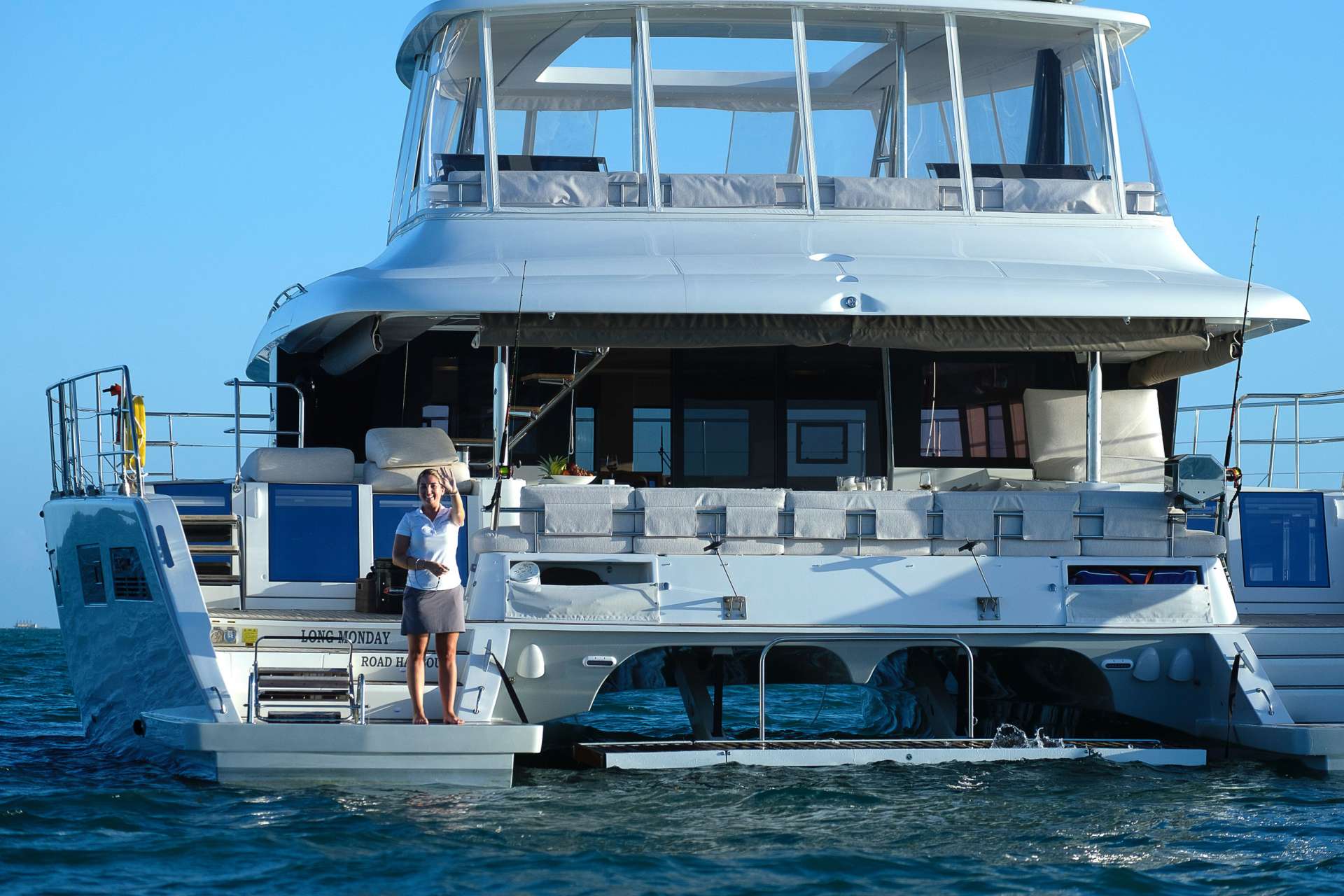 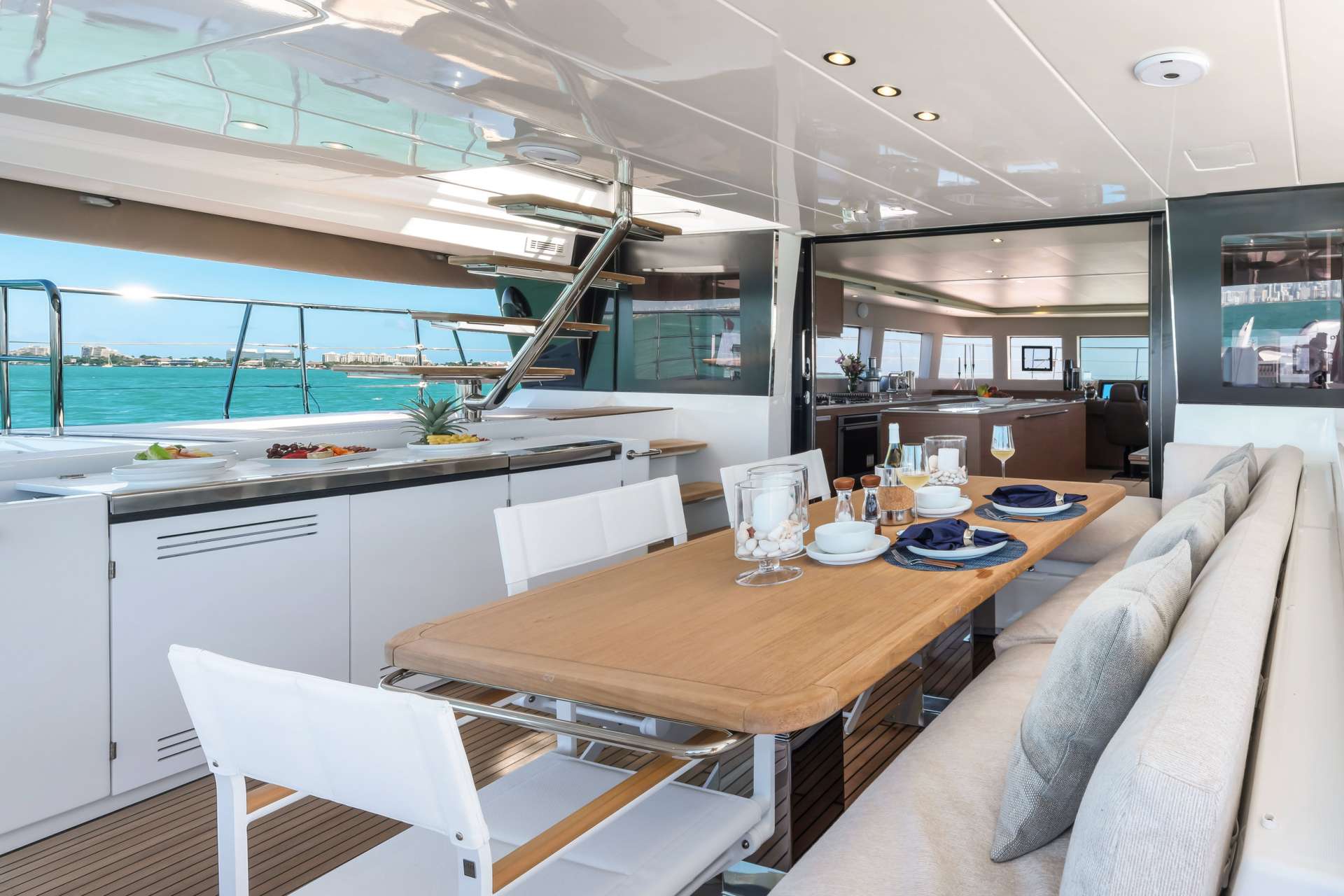 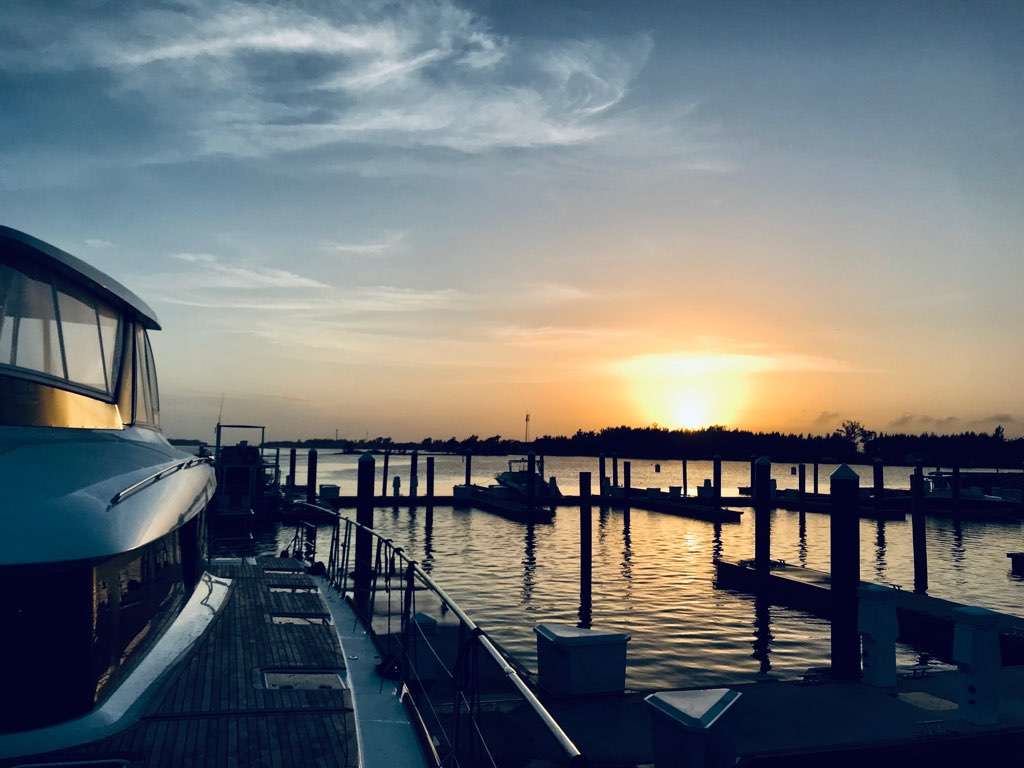 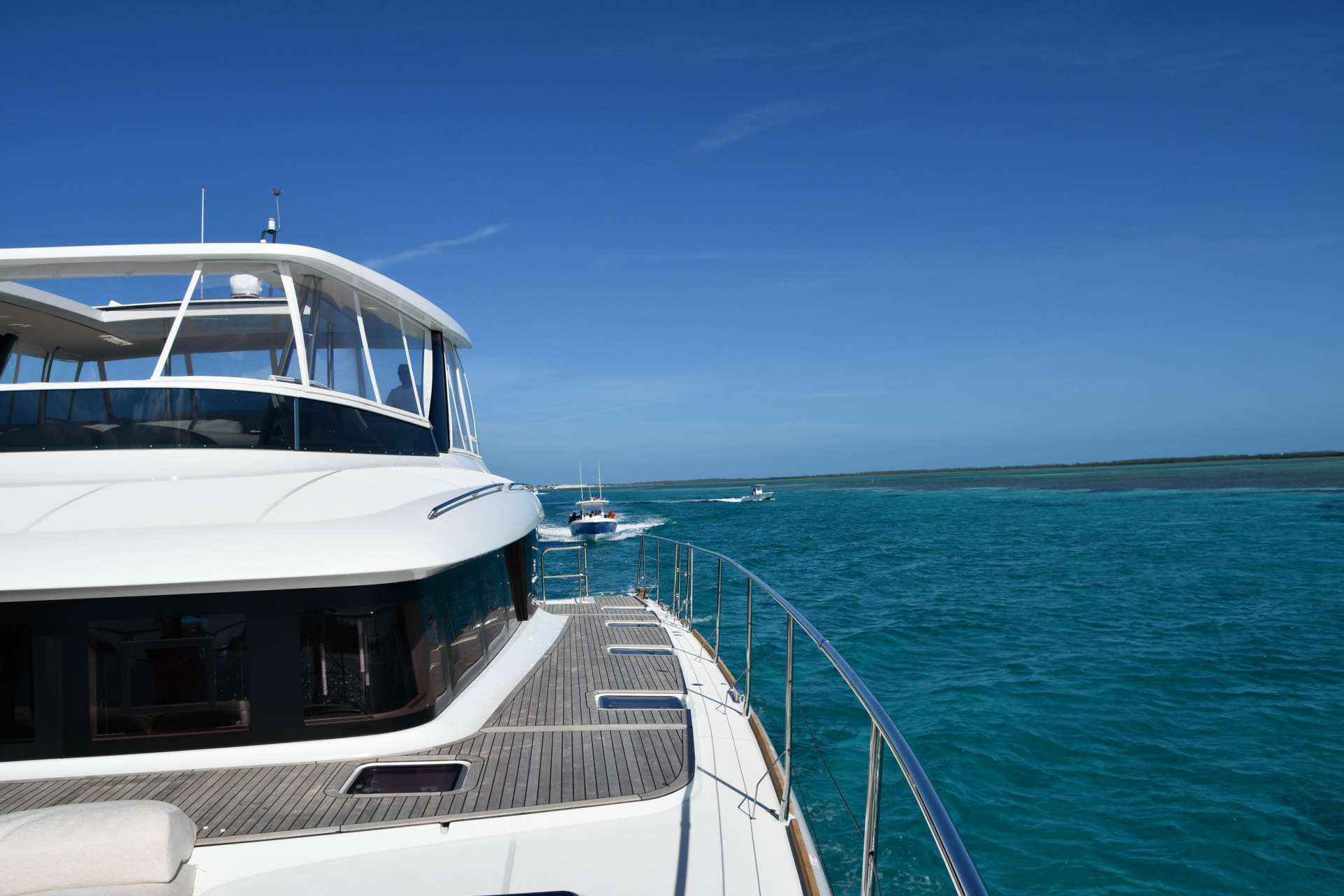 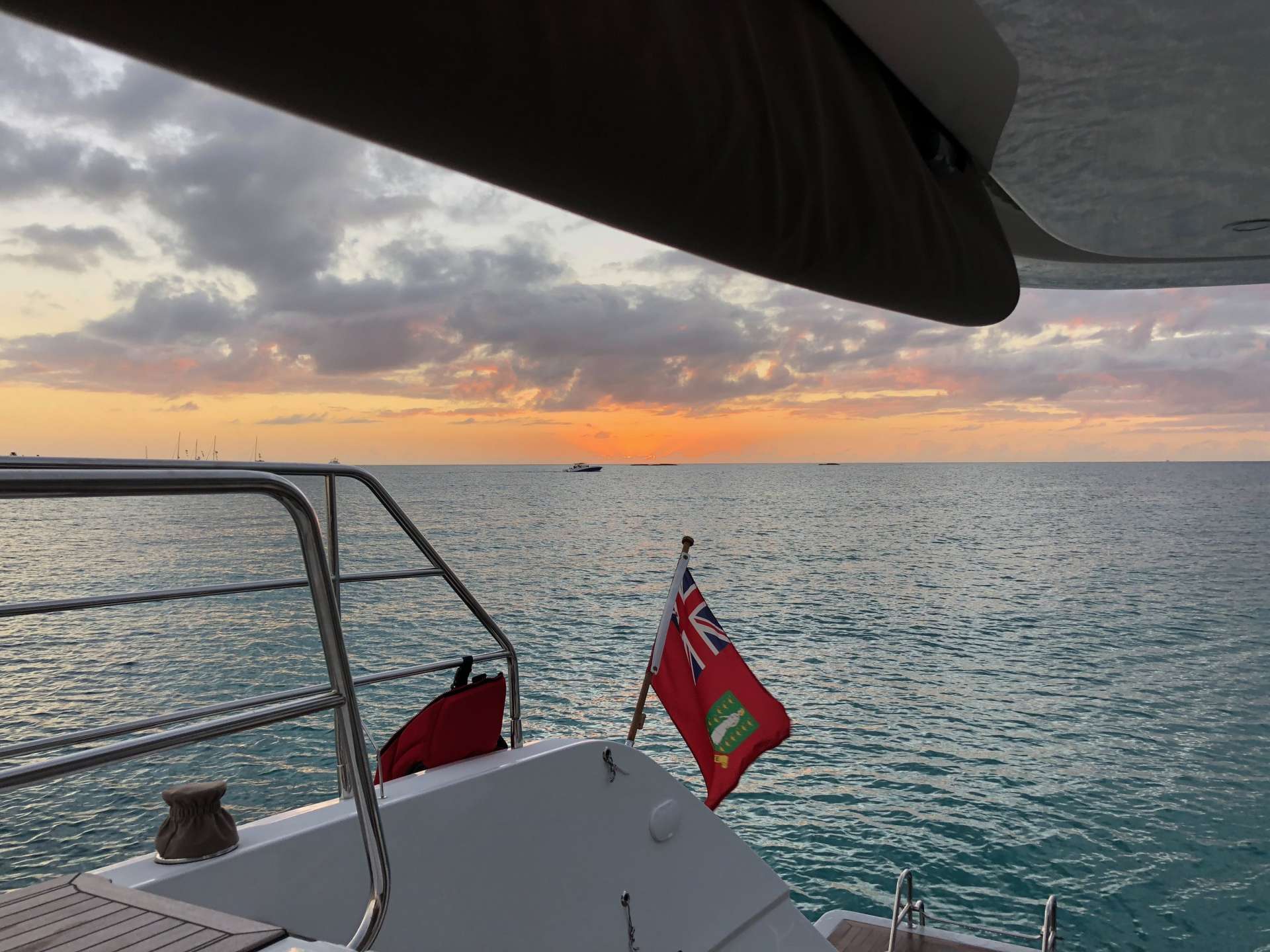 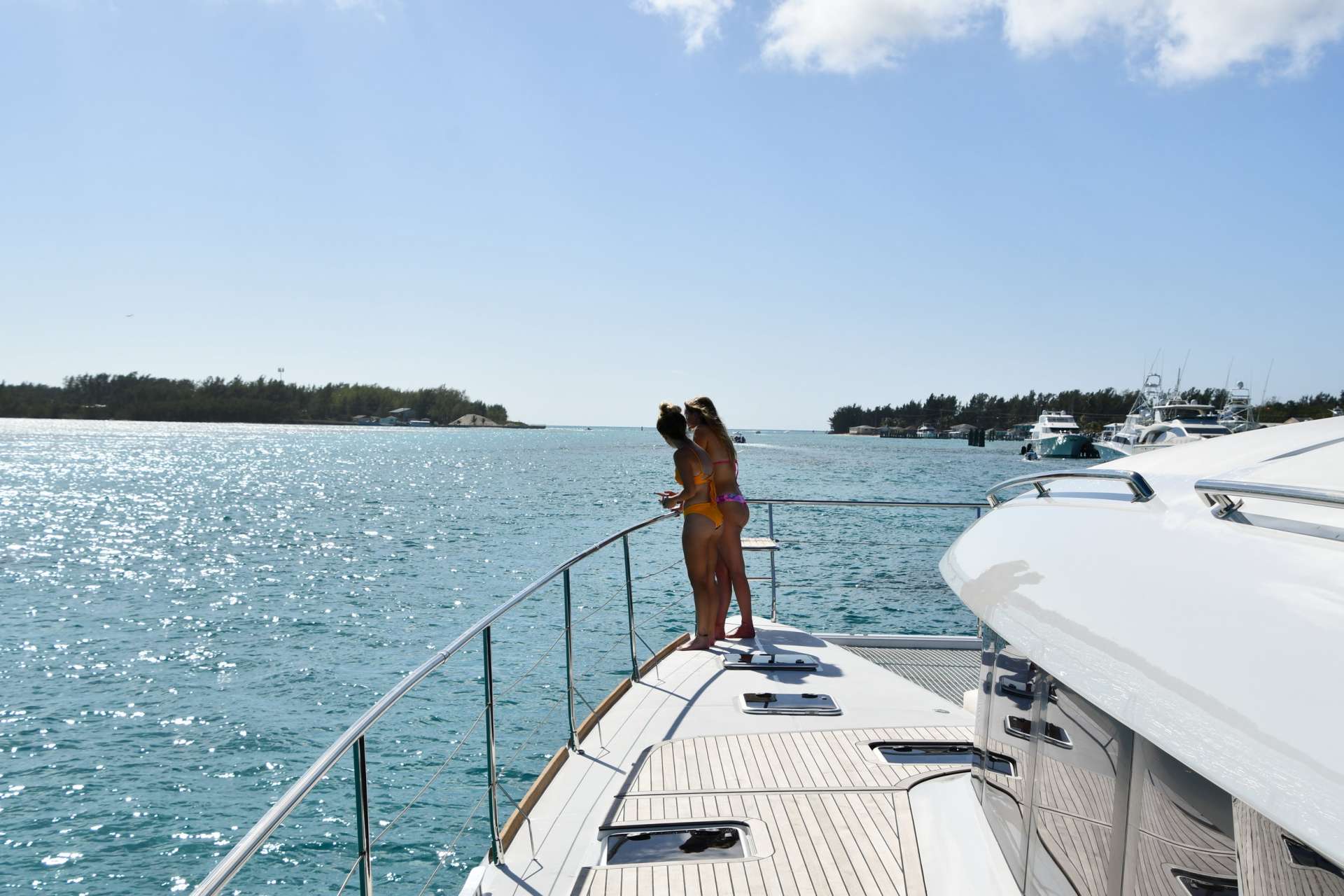 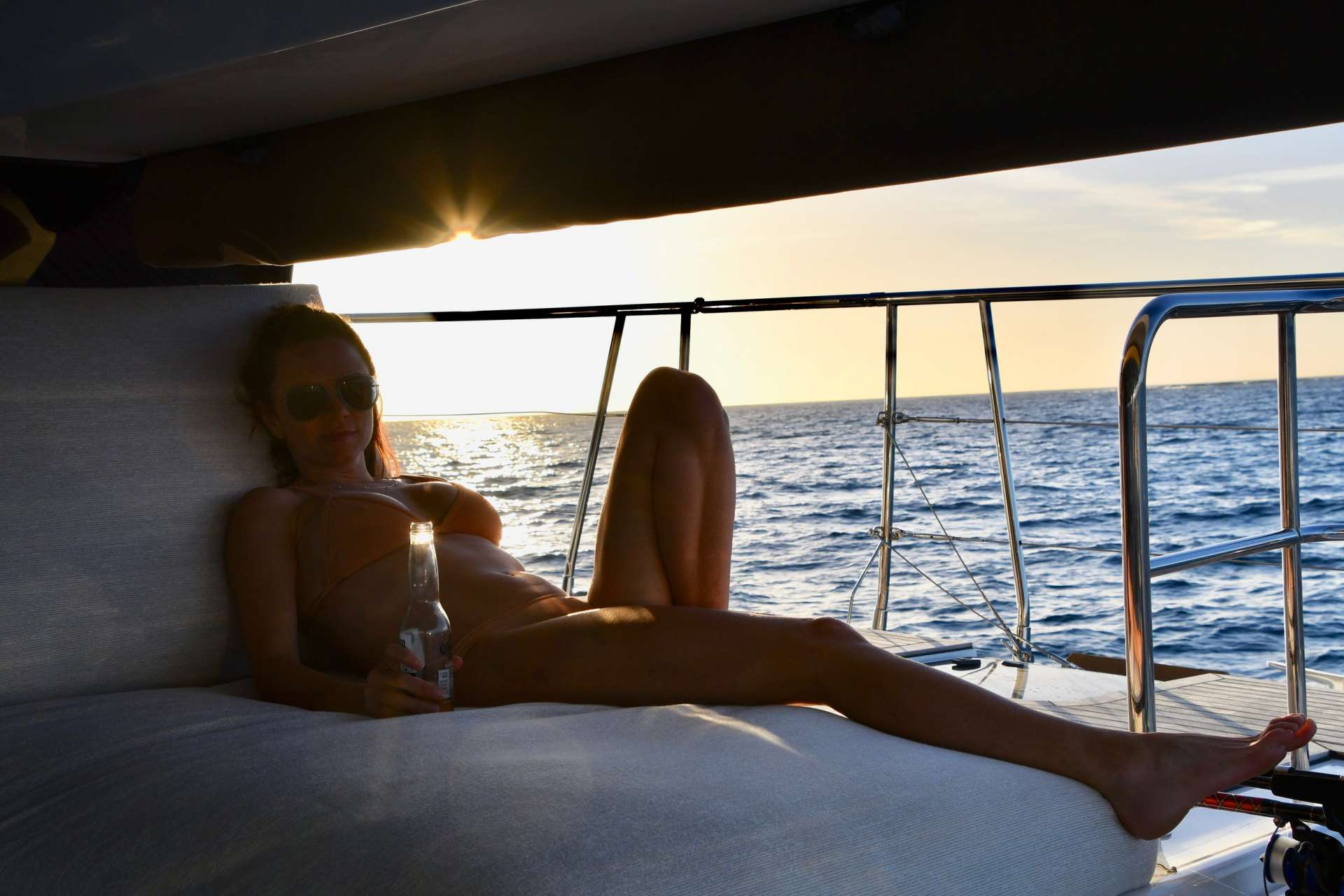 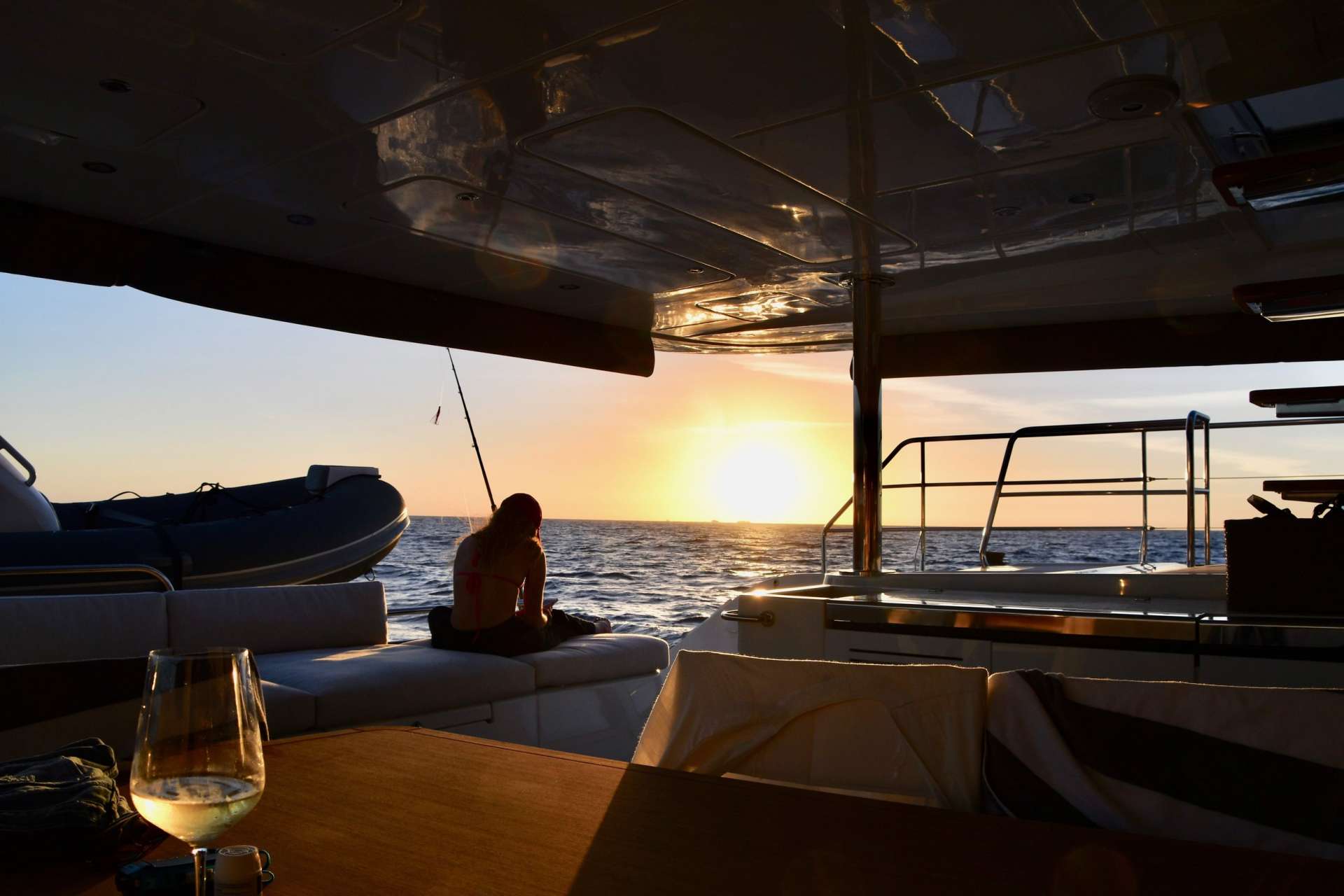 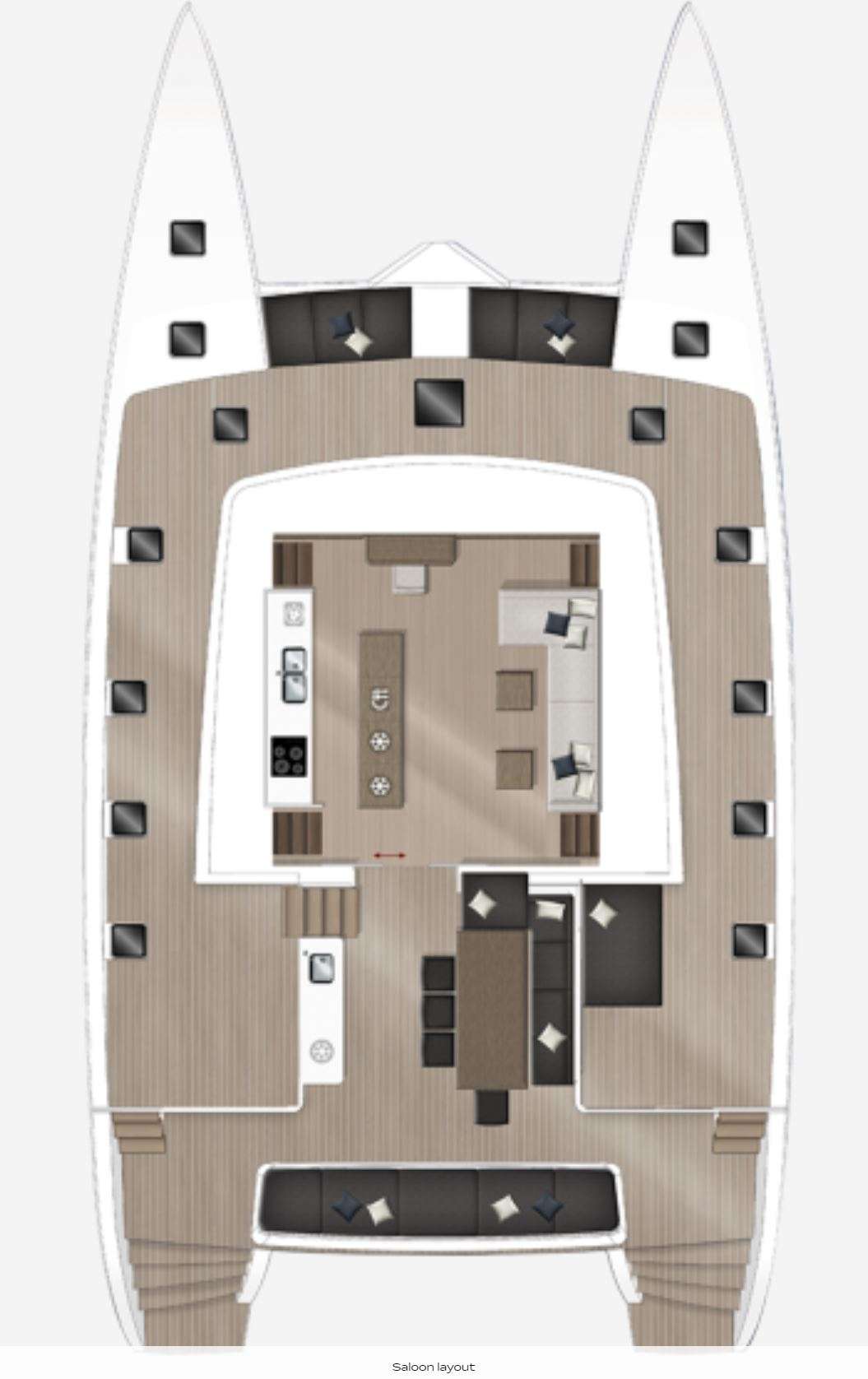 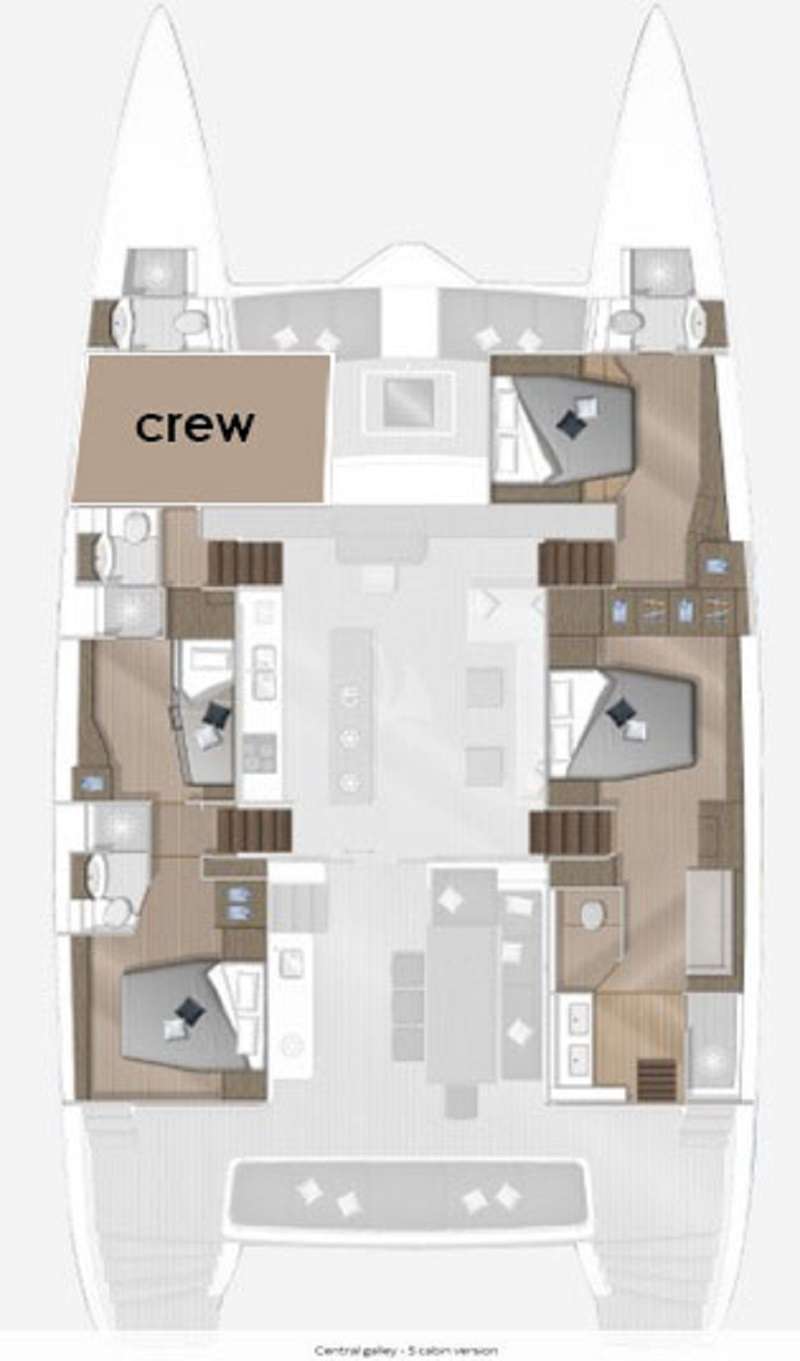 The Lagoon 630 a world best seller in its category and recognized for its outstanding sea going qualities.

The crew is flexible and will move as needed to fit clients needs:

OPTION ONE:
3 queens plus one cabin with upper/lower twin bunks
All cabins have ensuite baths with electric heads, vanity/sink and stall showers.
All cabins have individually controlled central air-conditioning. 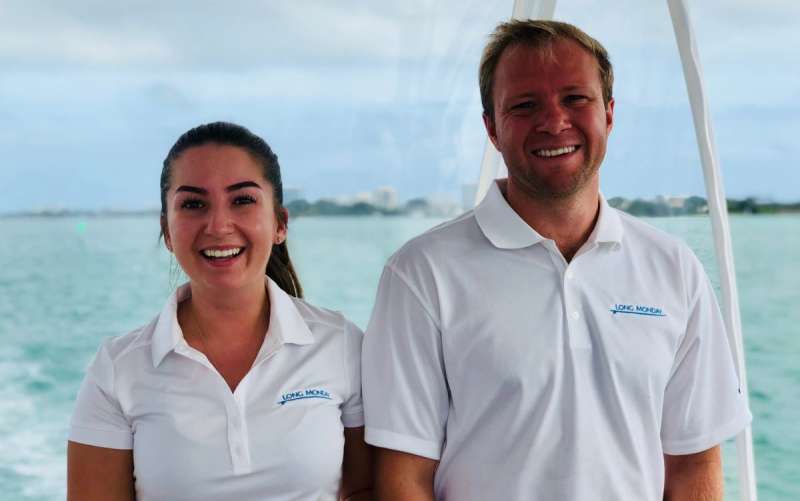 CAPTAIN: Christopher Griffiths – British
Chris grew up in the English countryside in a small town not too far from London. After finishing high school Chris was scouted to compete for Team GB’s ski team, which he successfully pursued for a few years, sadly after various injuries Chris could no longer compete.
Chris then tried to work in real estate in London but due to Chris’s natural hard working attitude an office sit down job didn’t quite work out, which is what lead him to work at sea with his partner Emma. Chris found his home working on yachts and gradually climbed up the ladder starting as deckhand to now excelling at being the Captain of Long Monday. Chris never said no to hard work and enjoys every aspect of the active work and life at sea. He has never looked back since!

Having spent 3 years working on his last yacht, Chris places a lot of value on loyalty and had the owners not sold the boat he and his partner Emma would still be there. He hopes to be able to follow in the same footsteps on Long Monday.
In Chris’s spare time he loves to dive and explore under water, participating and teaching people watersports, adventuring, and playing any sport such as tennis, golf and swimming.
Languages: English

CHEF/STEWARDESS: Emma Friedlander – British
Emma grew up in London, which is where her desire to be at sea came from. She constantly sought the water and completed her swimming championships winning various awards at a young age.
After studying a Bachelor in Psychology and a Masters in Hypnotherapy in London Emma felt she had outgrown the city (and the rain), which is why she moved to Palma with her partner Chris to work on a yacht together. This love for the sea grew further and she and Chris both quickly realized working on a yacht was their match.

Emma has worked in the yachting industry for over three years, in the Mediterranean, America and The Bahamas. Emma is always smiling and positive and definitely believes anything is possible and saying “No” should be kept to a bare minimum. She places a lot of value on attention to detail, great tasting food and ultimately making sure her guests are happy and relaxed, have all their needs met and feeling as comfortable as they would in their own home. Emma strives to provide the highest level of food tailored to each guest’s personal preferences with a smile on her face.
In Emma’s spare time she of course enjoys cooking, creating and following her own recipes, reading, exploring, travelling, diving and water sports.
Languages: English, basic French