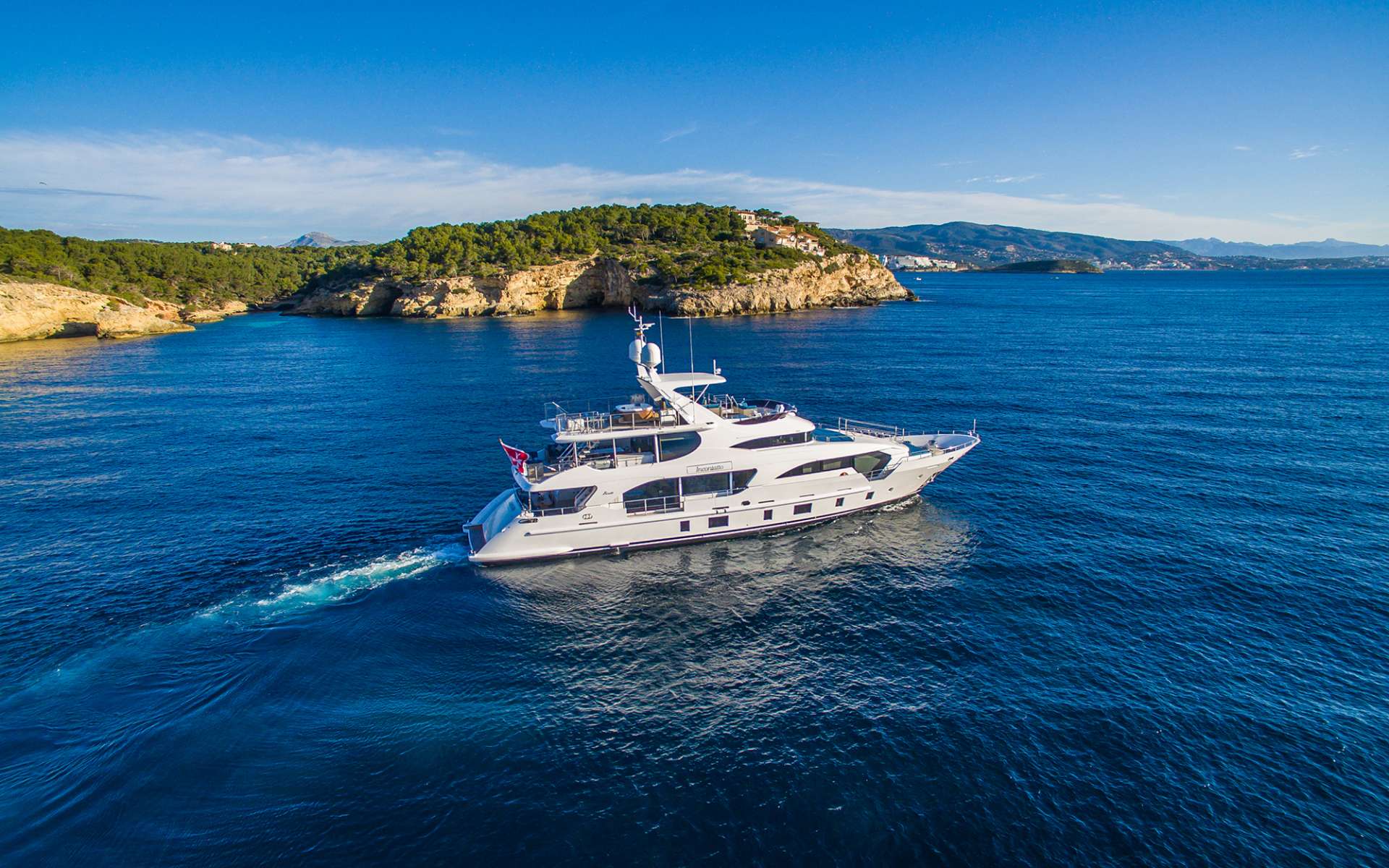 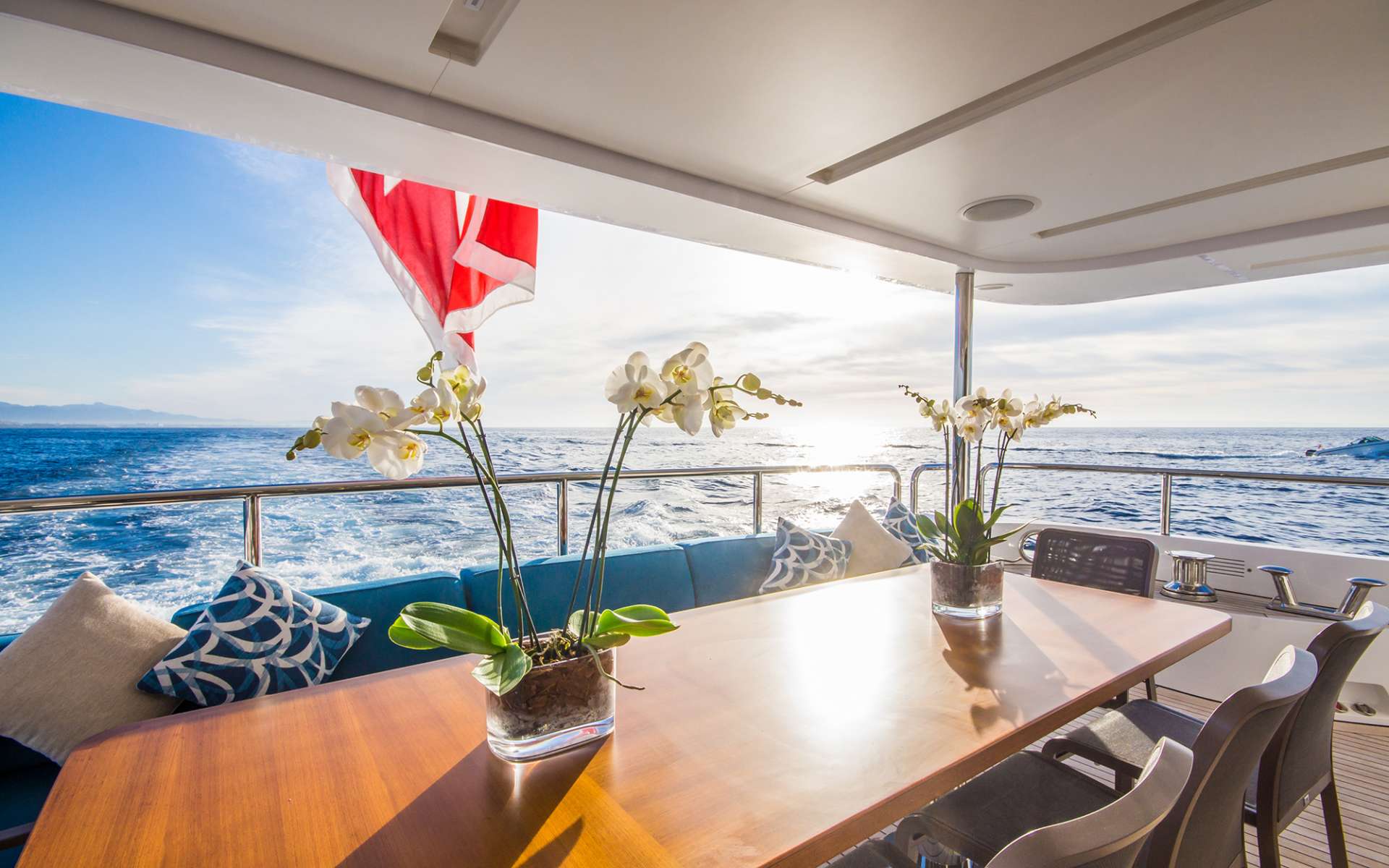 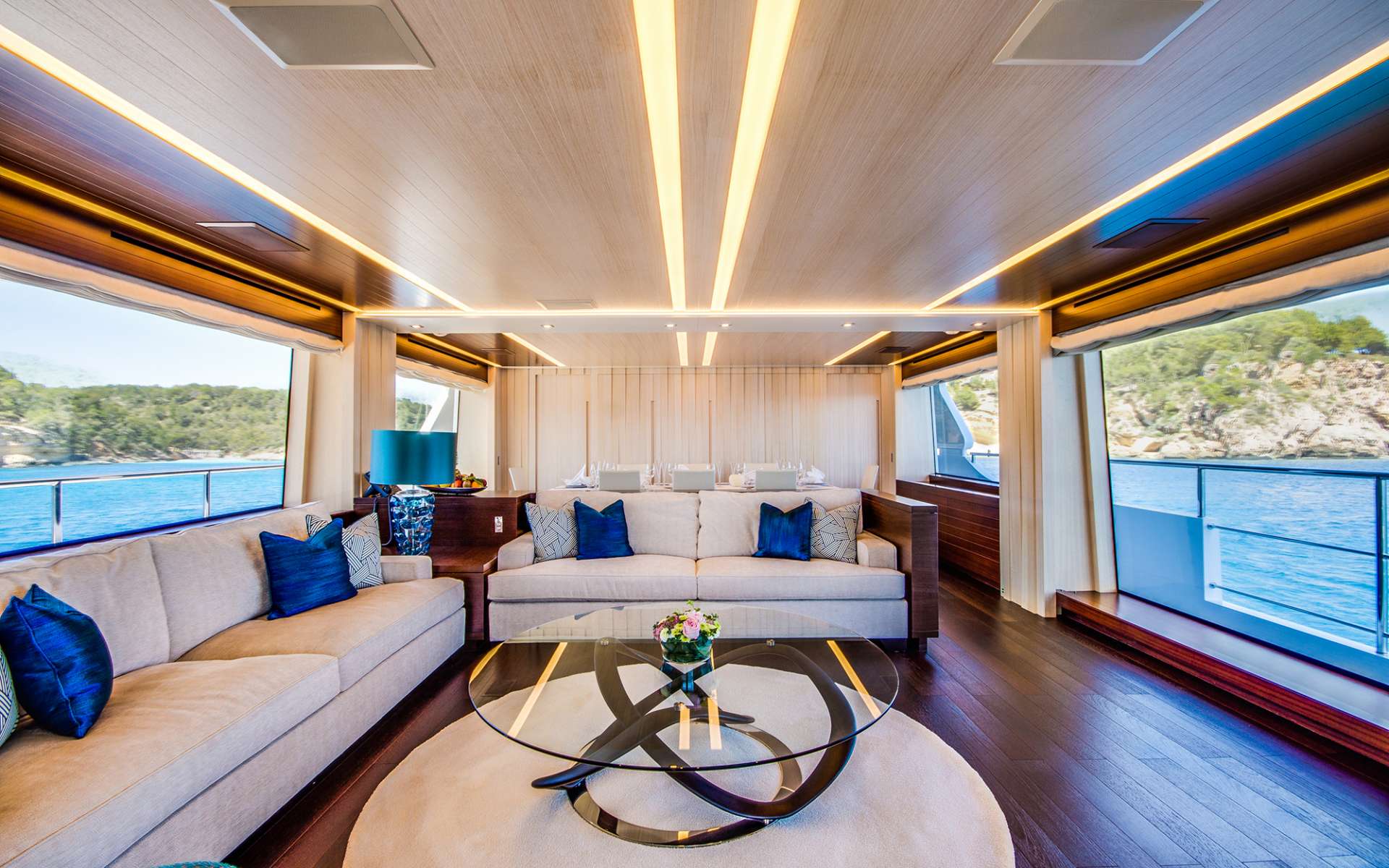 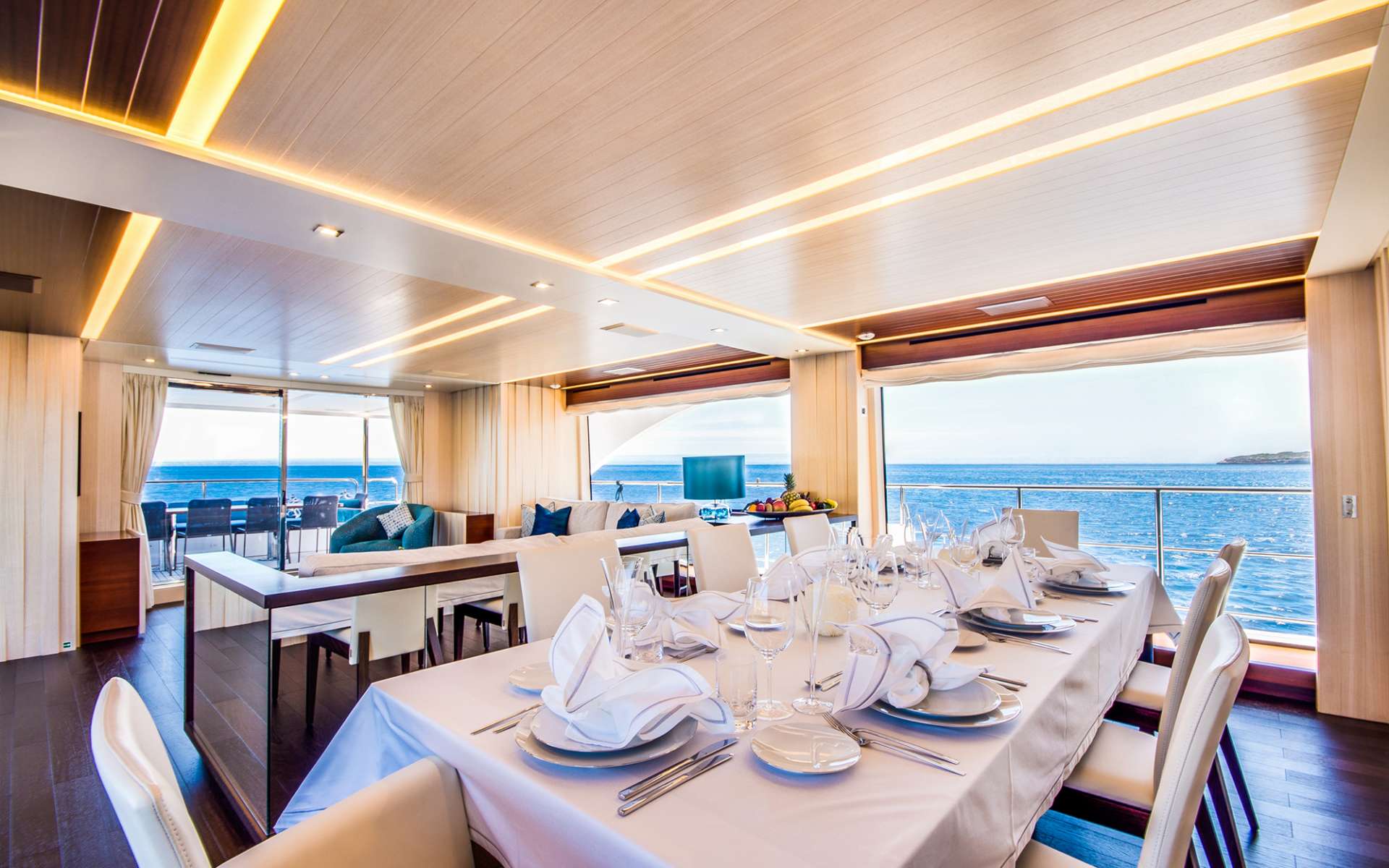 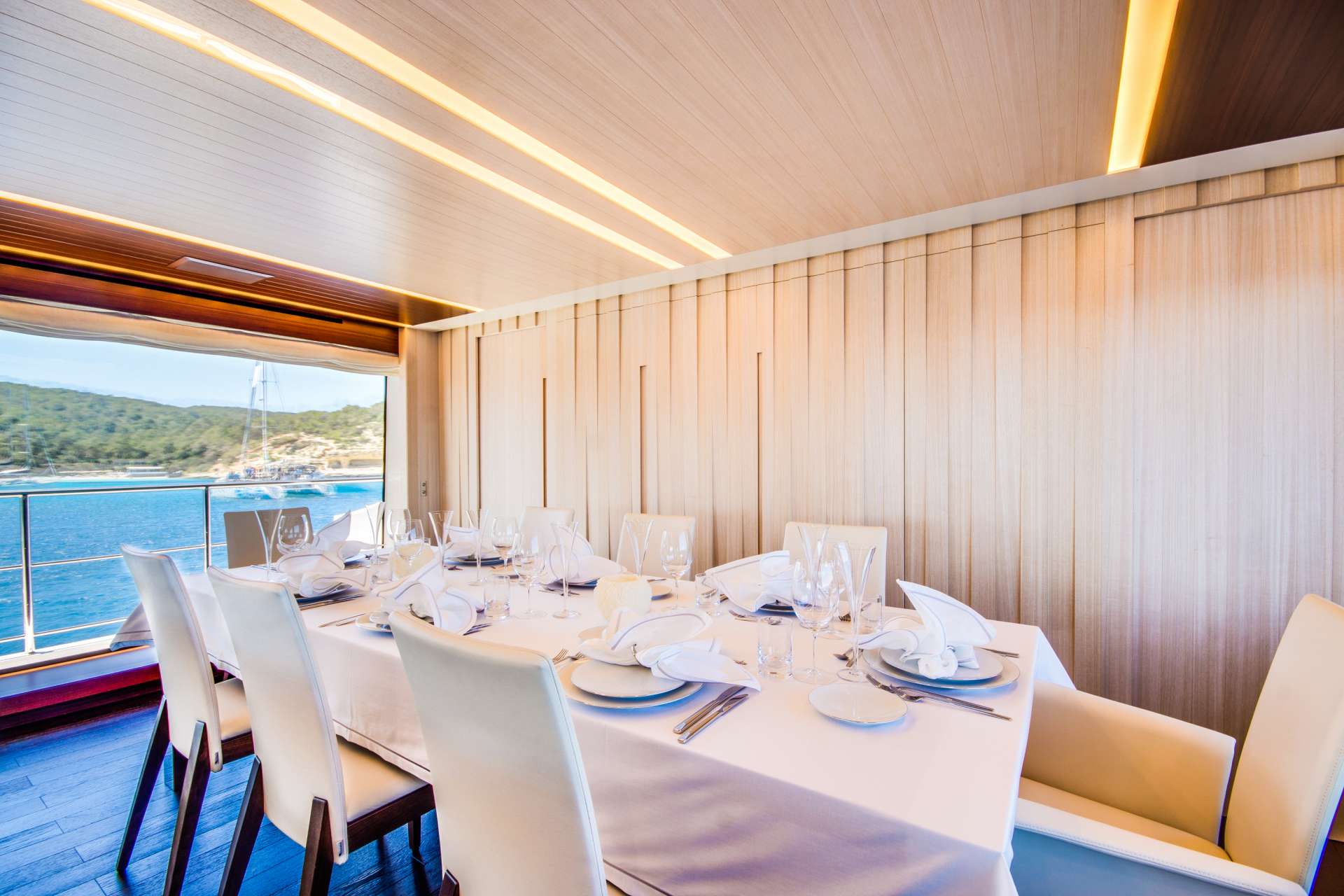 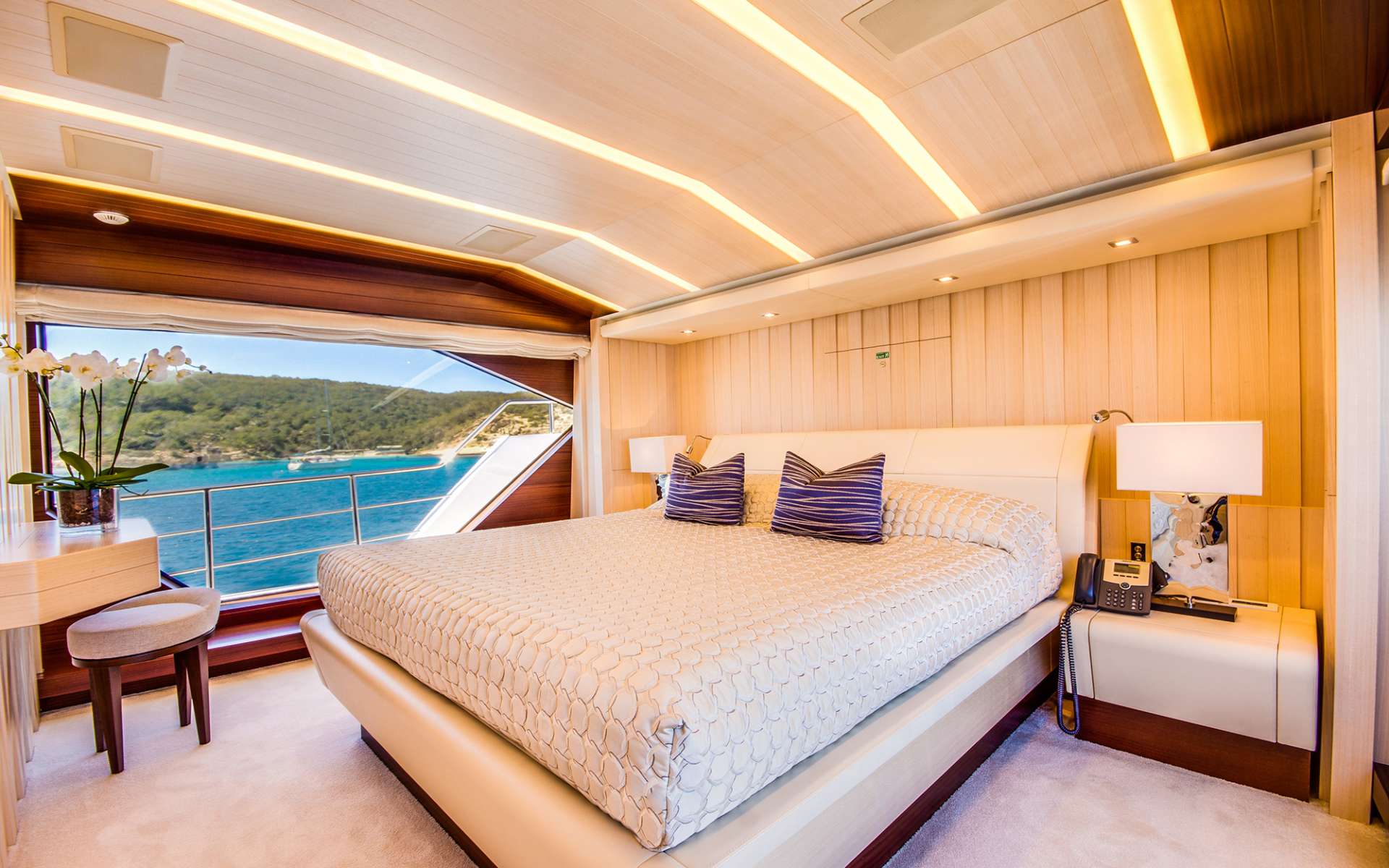 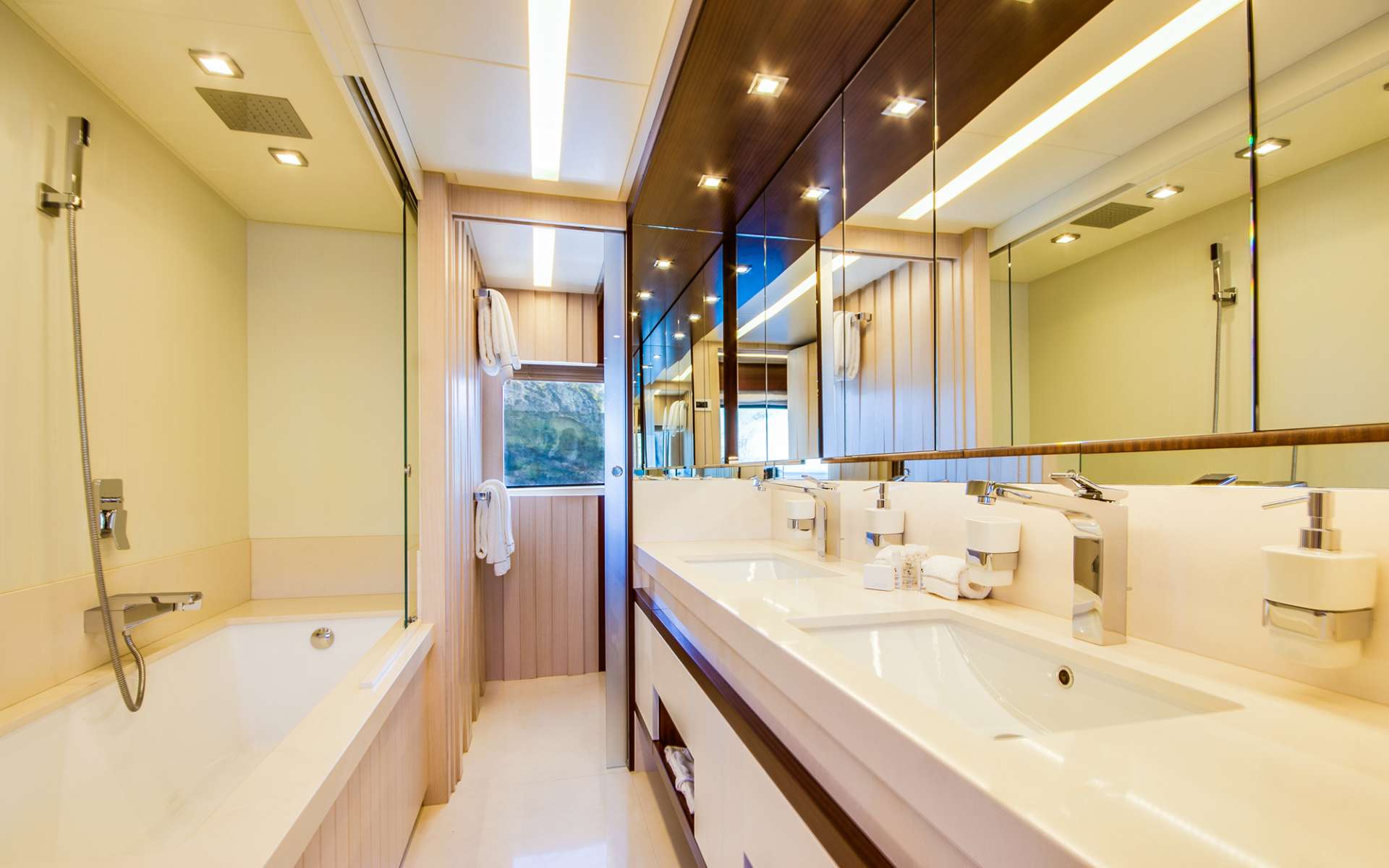 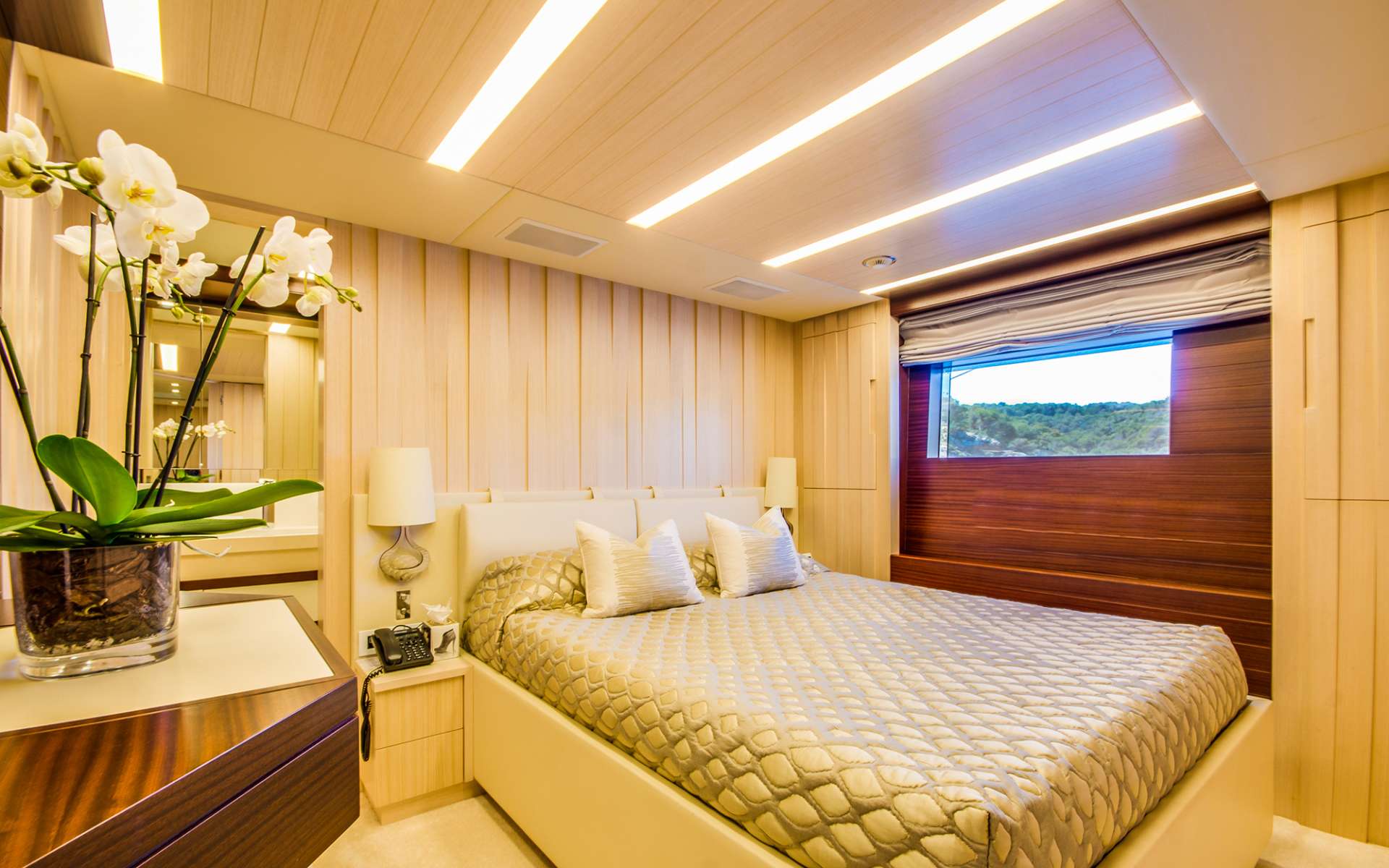 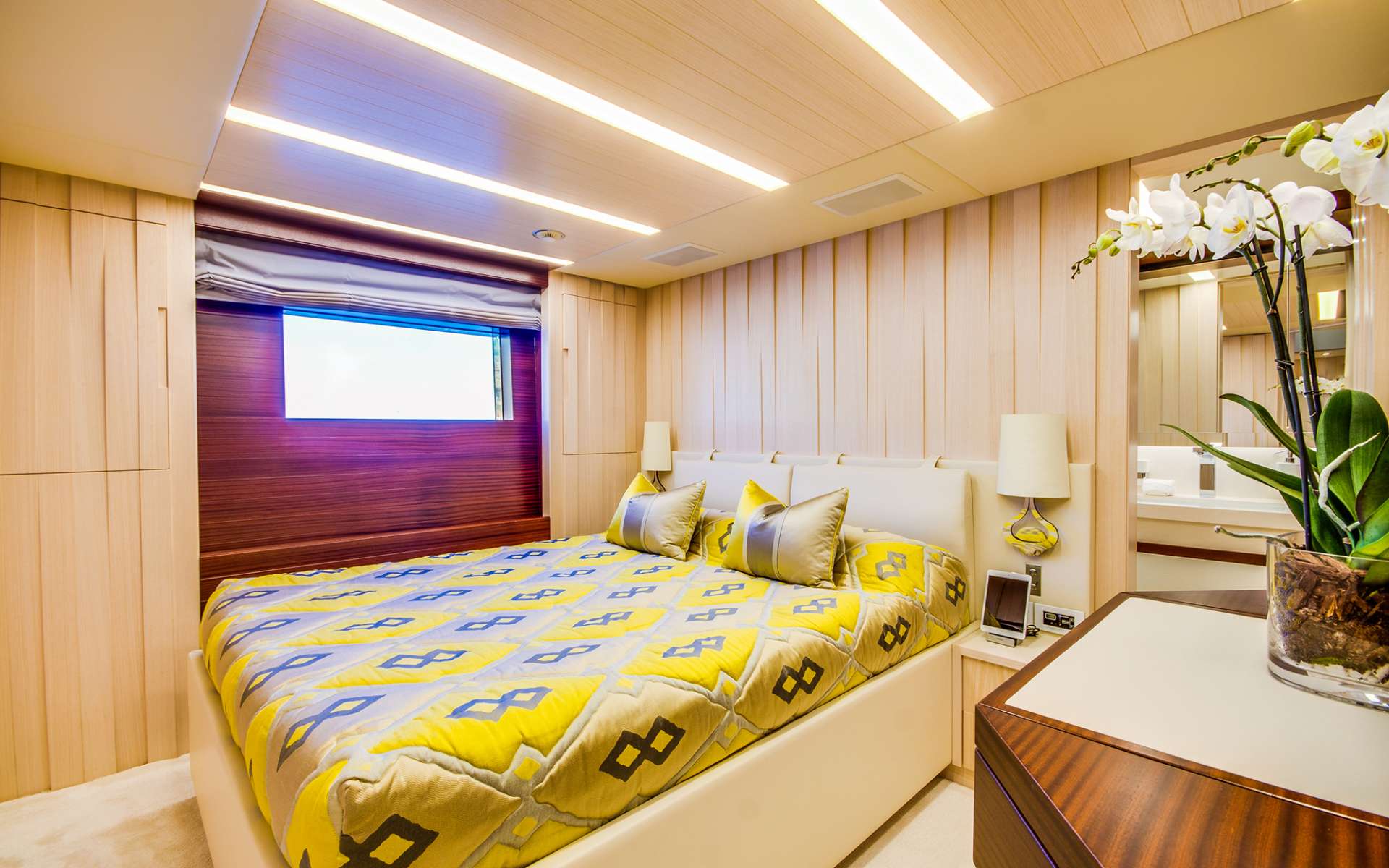 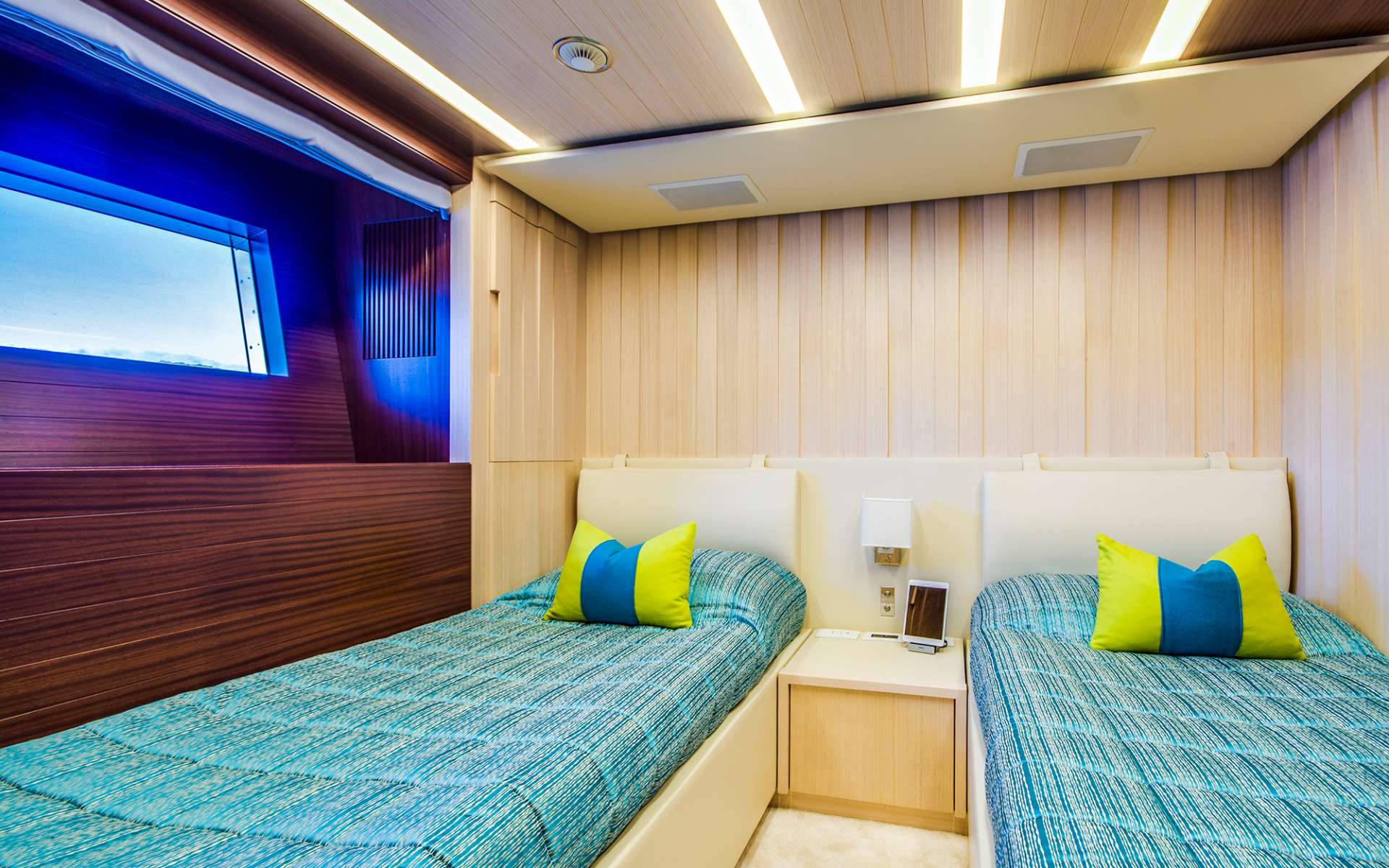 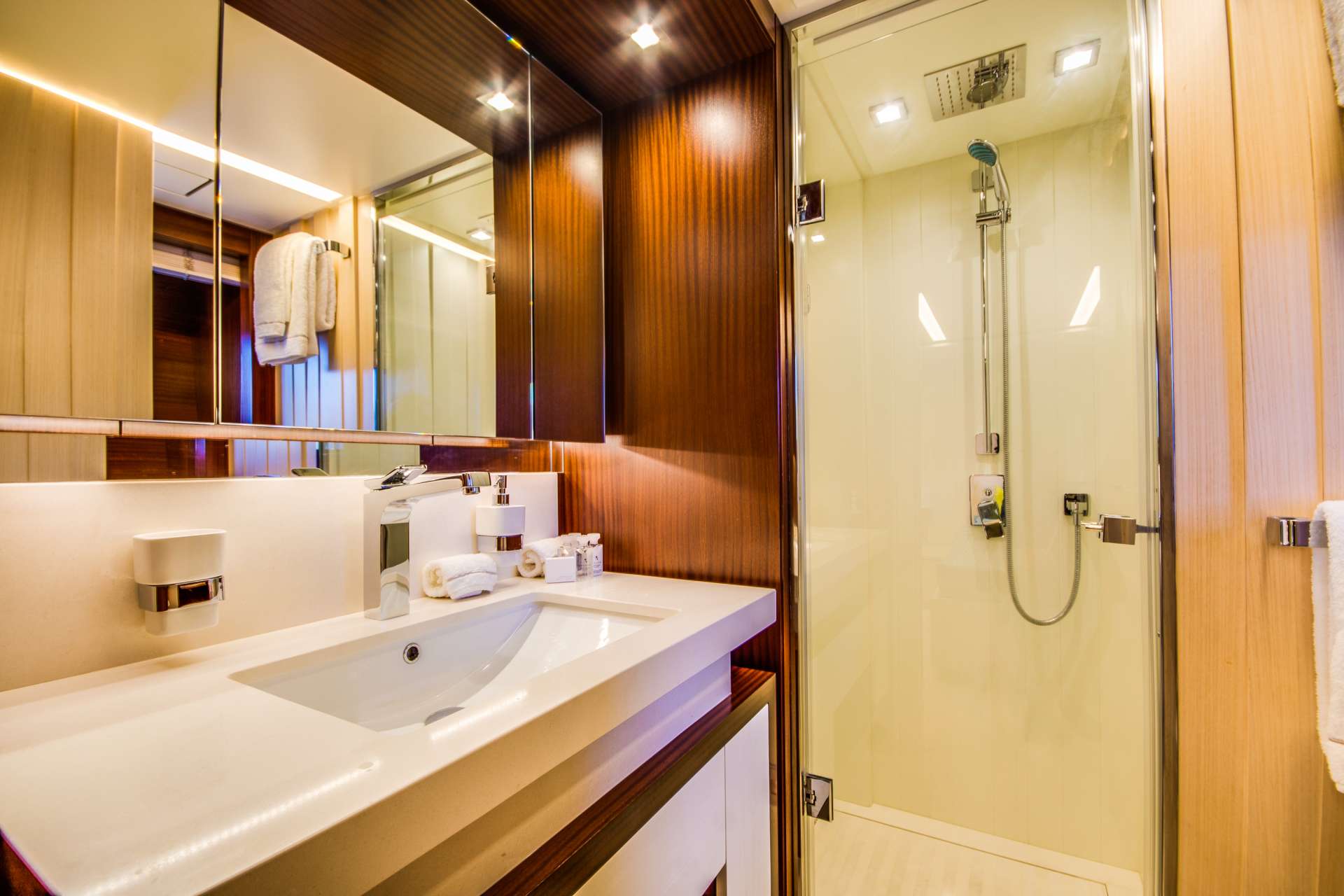 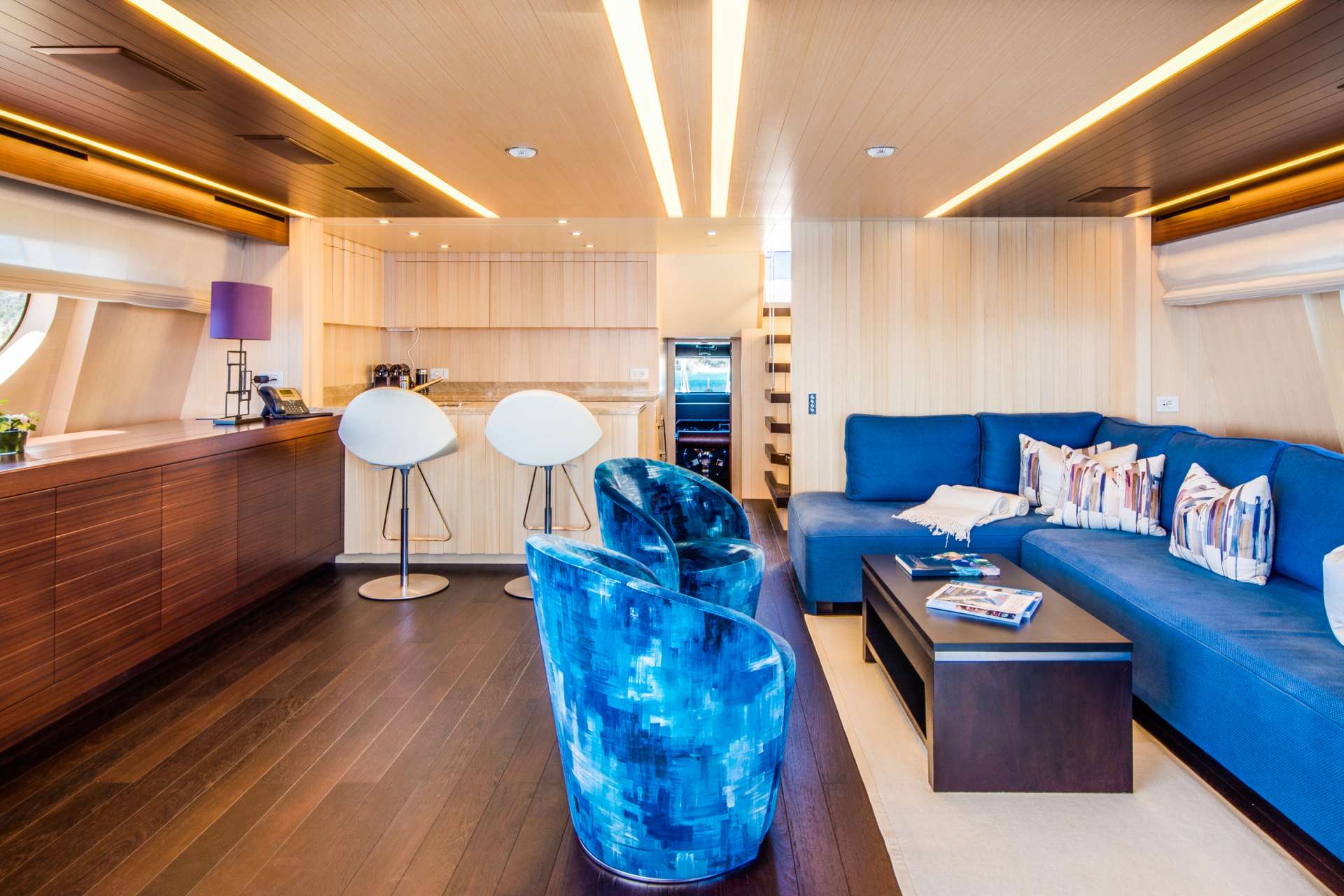 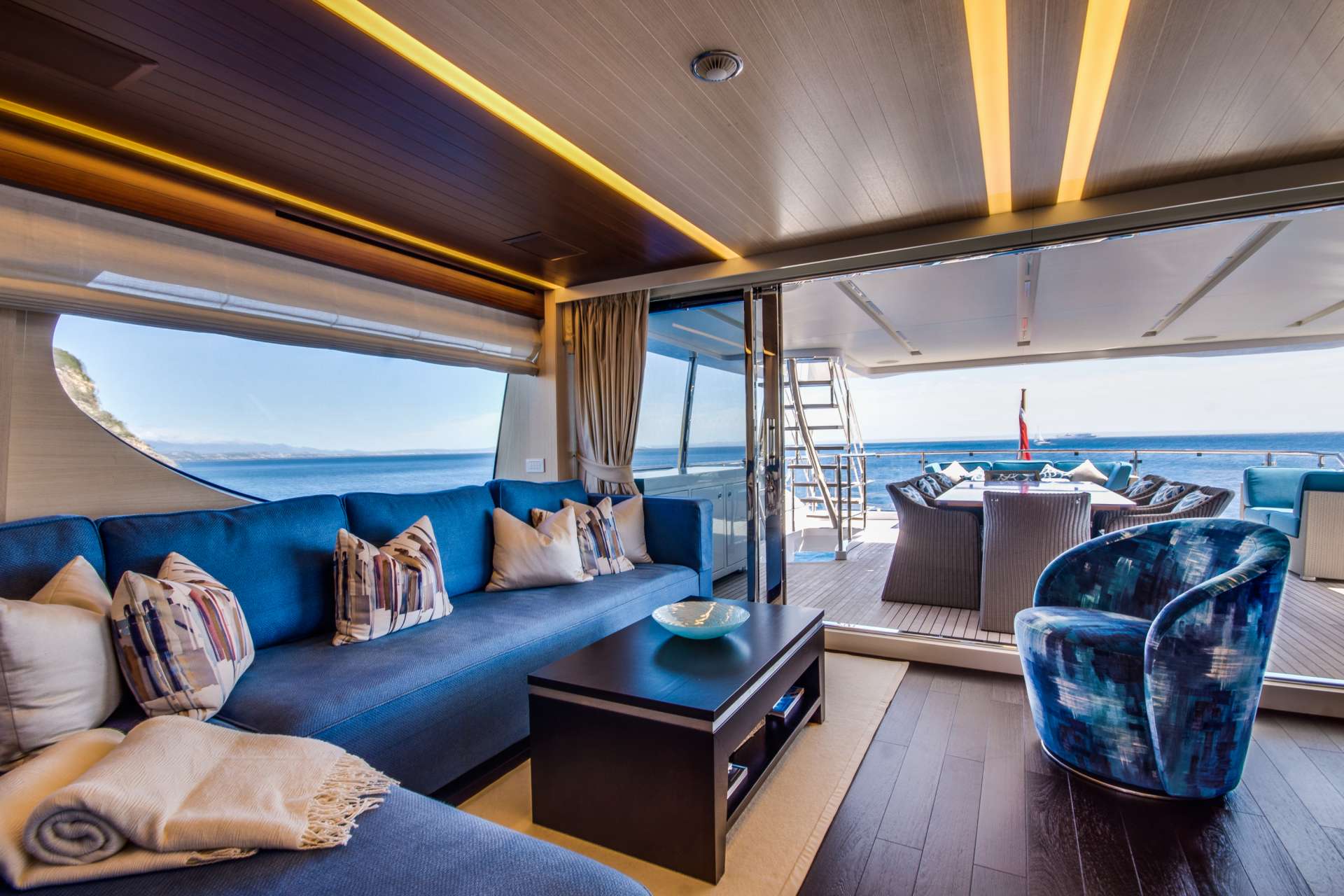 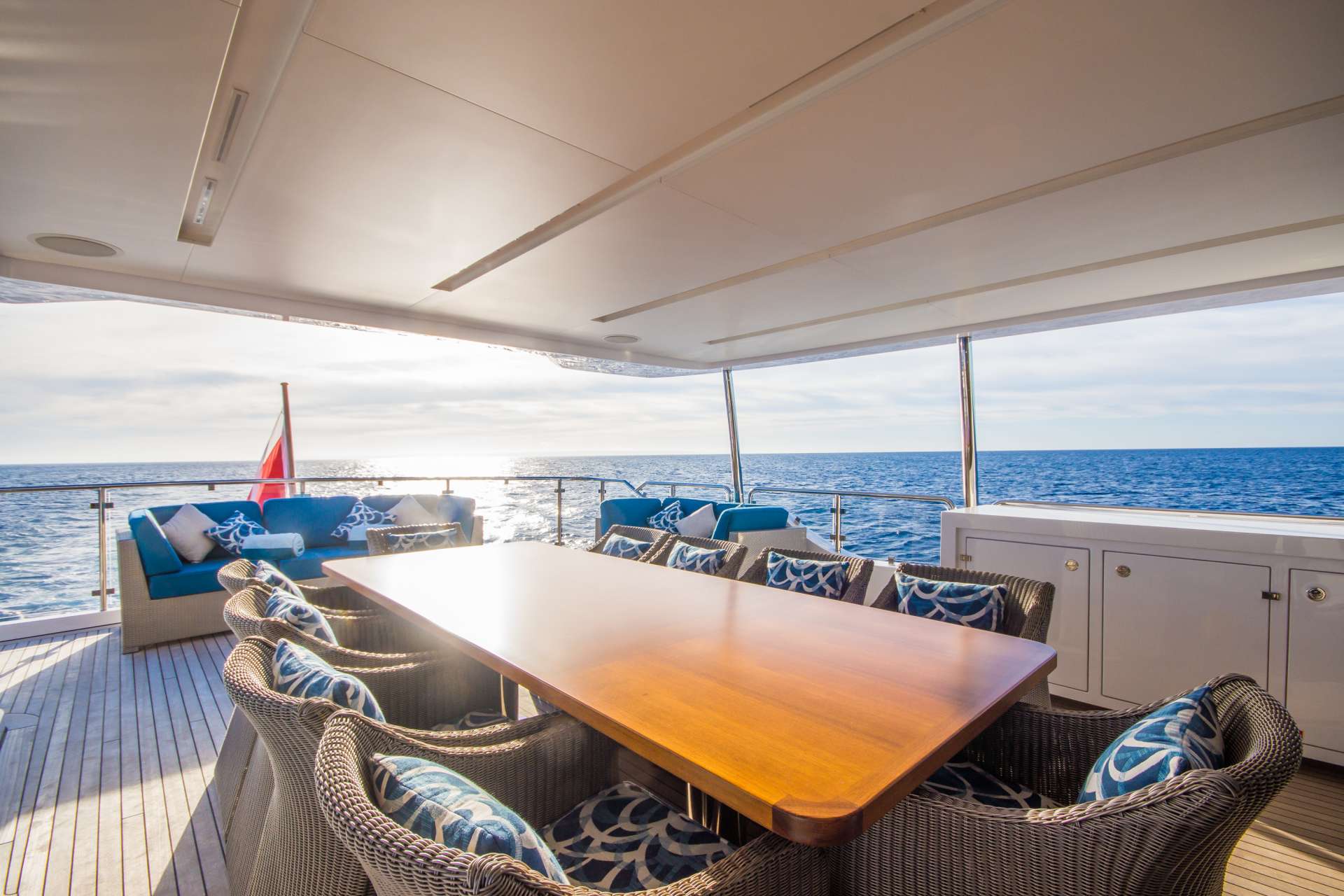 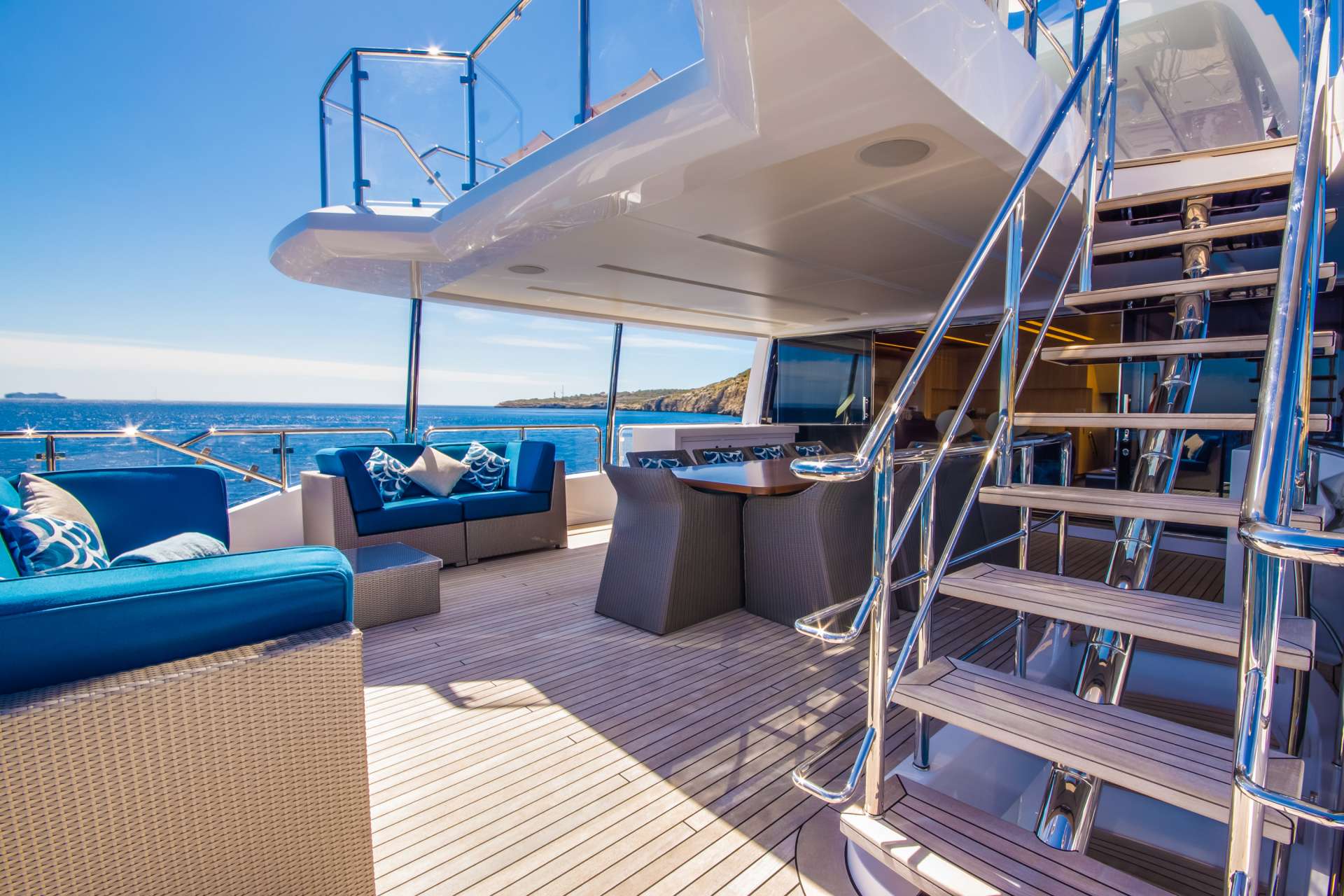 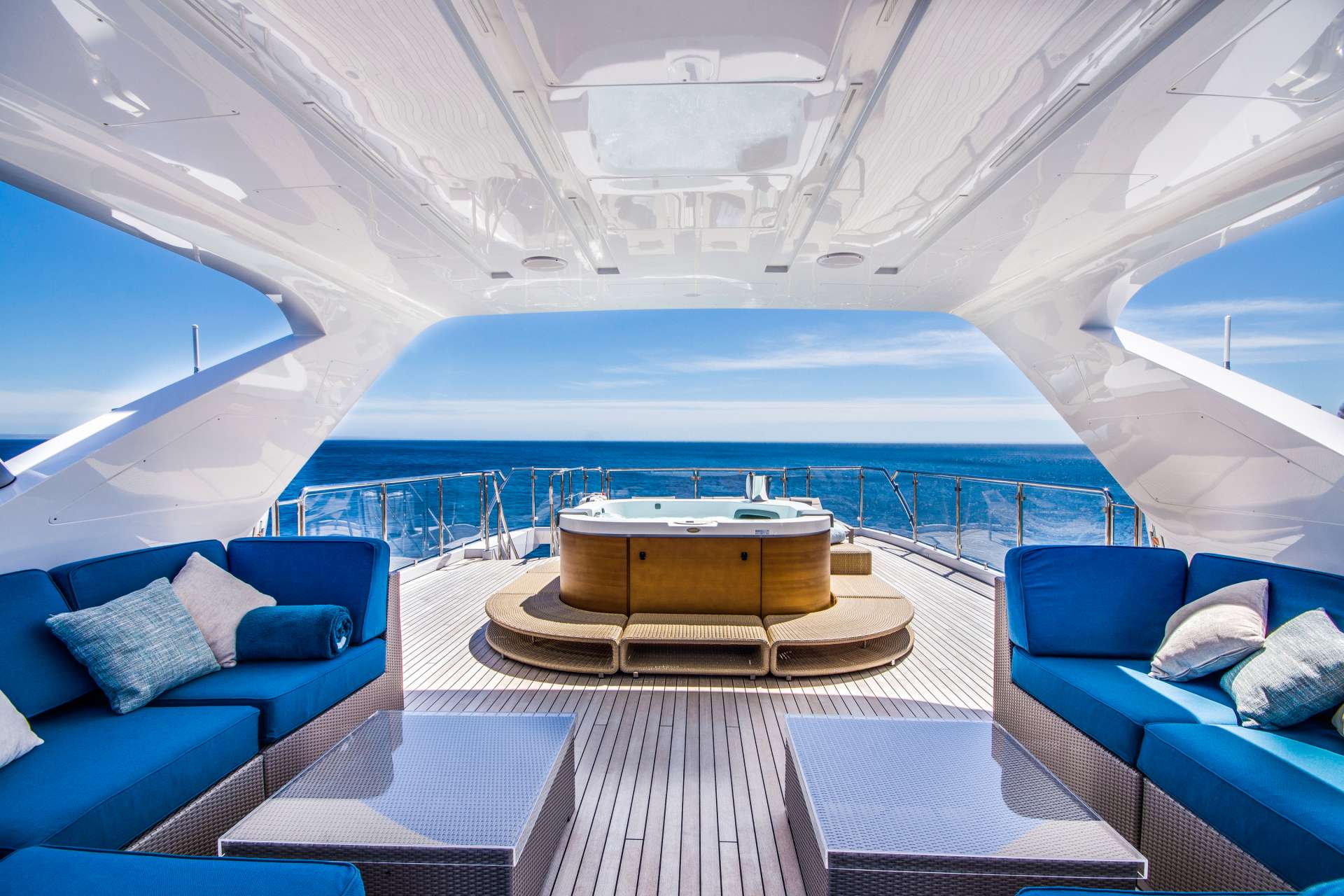 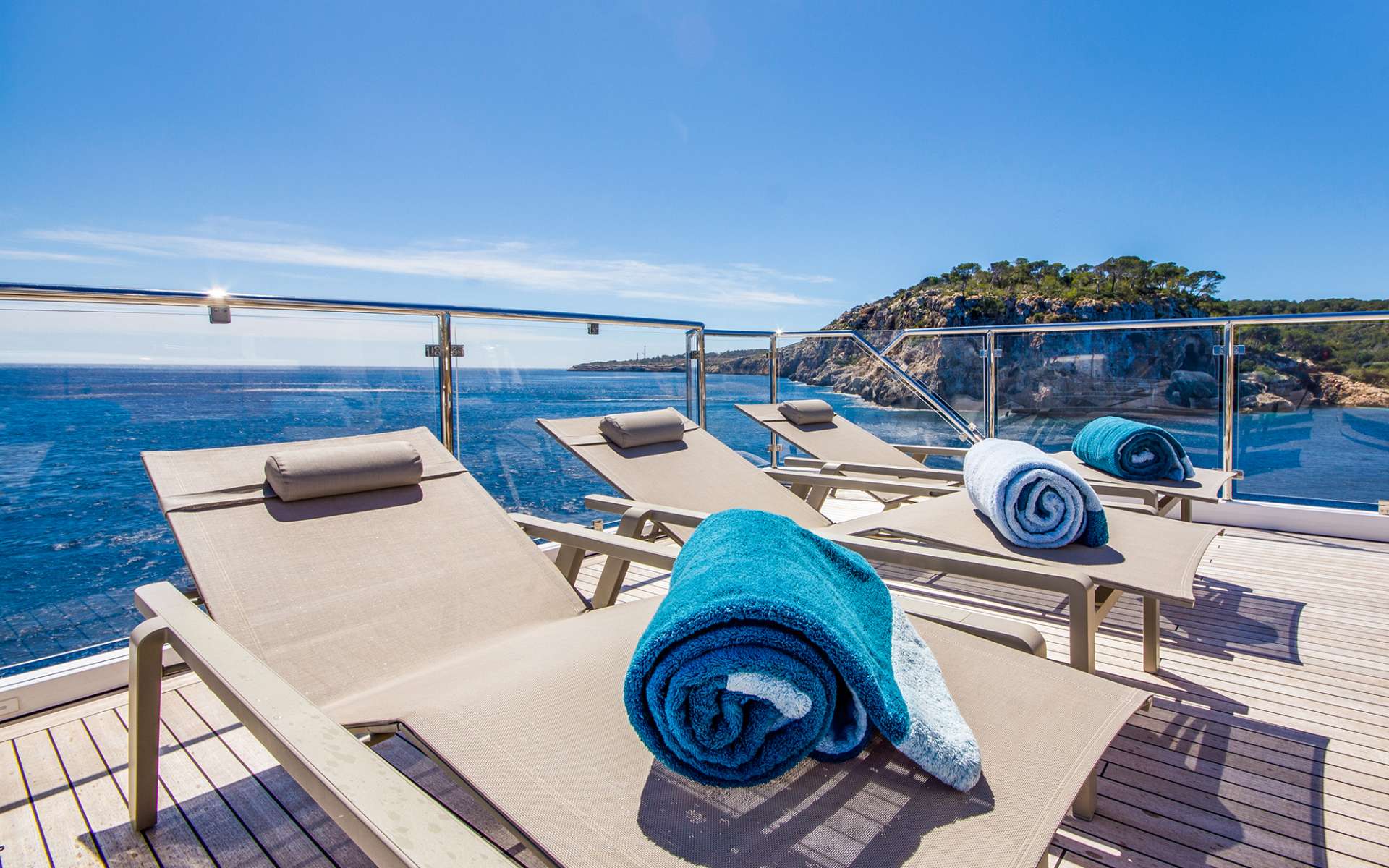 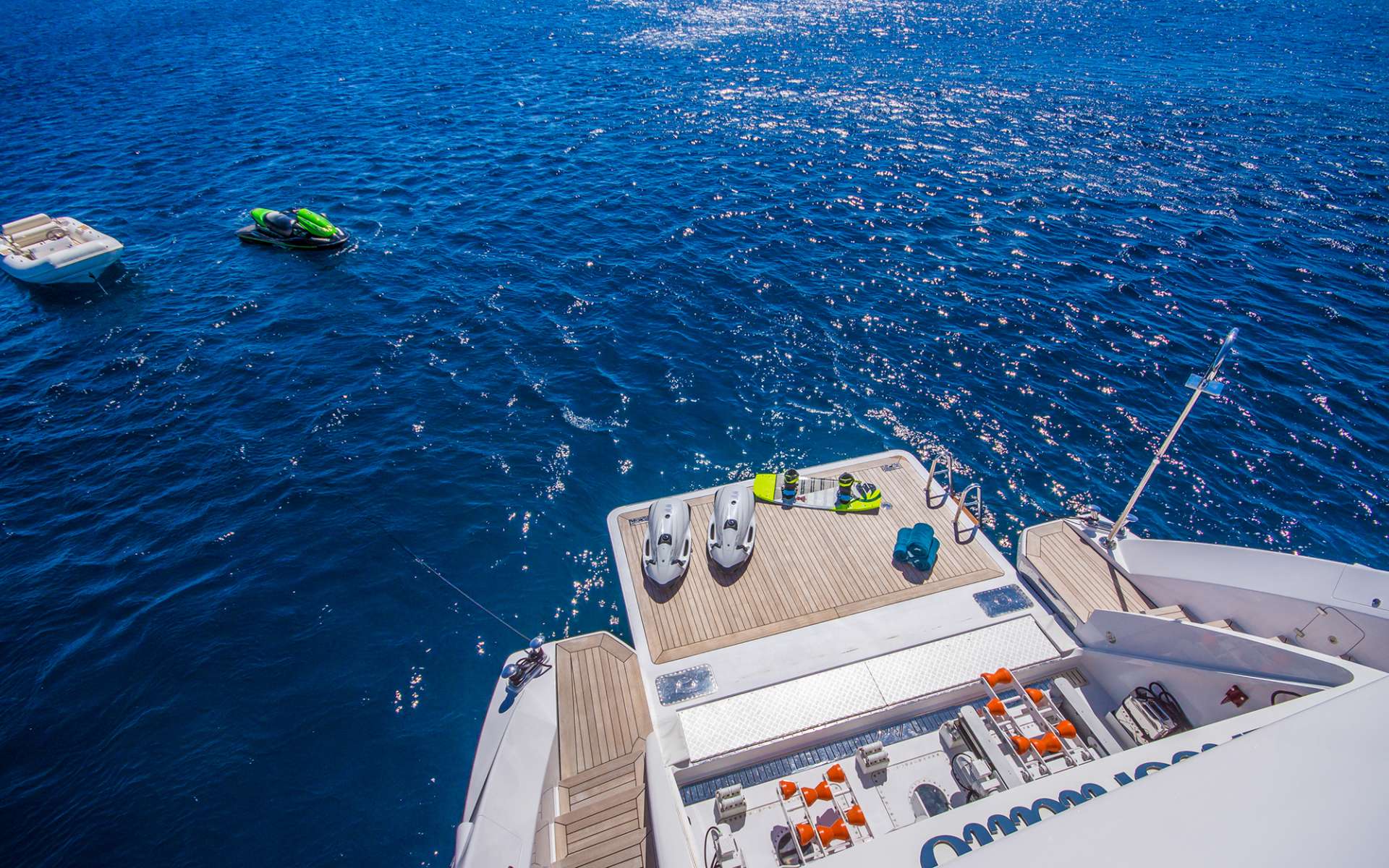 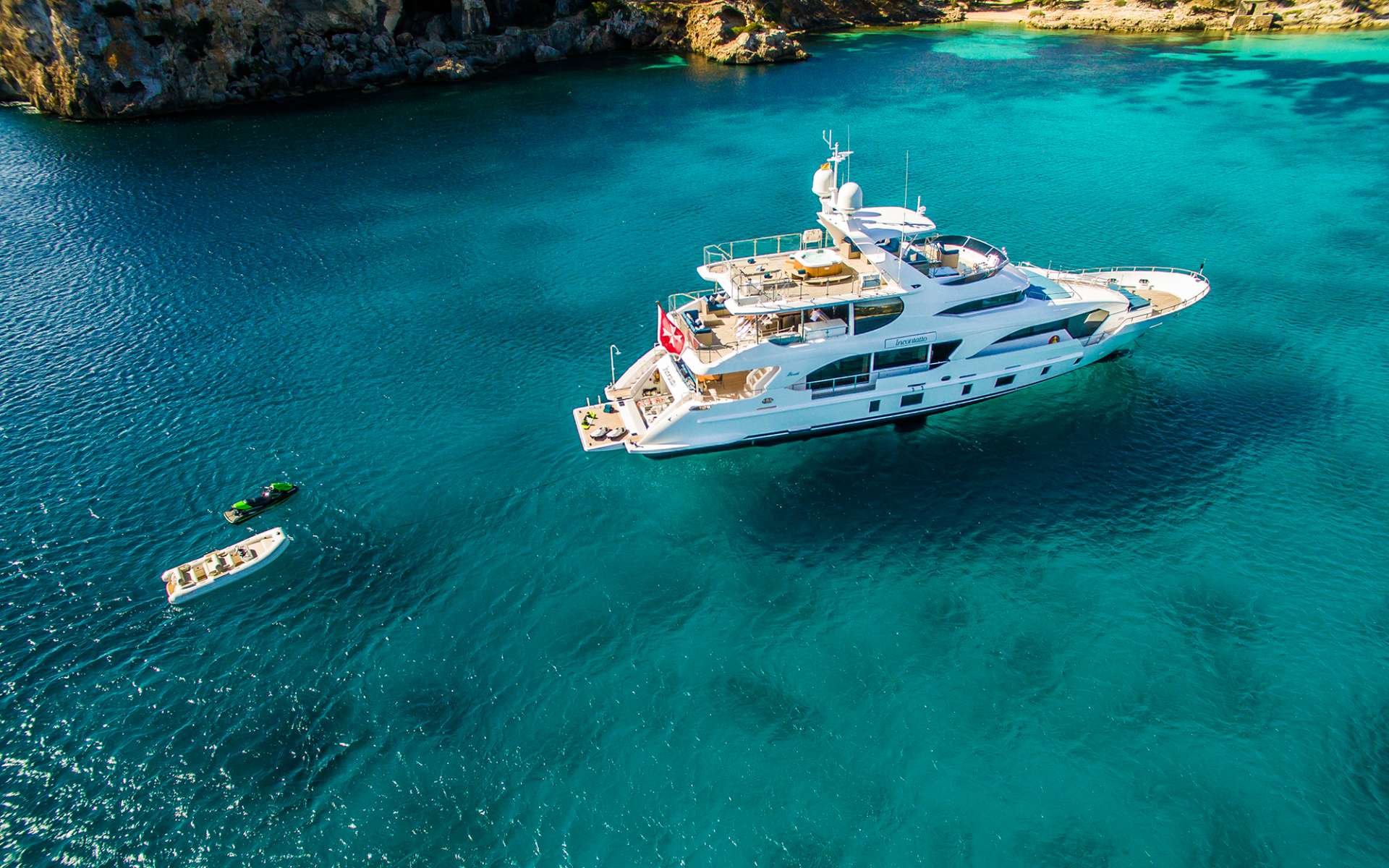 On deck Master with King berth, Lower deck provides 2 VIP cabins both with Queen berth and 2 twin guest staterooms (one of which is convertible).

Captain Felix Brown grew up on the sunny shores of Sydney, Australia, where he learned to surf nearly before he could walk. At an early age he discovered his love for the ocean, this lead to more hours fishing, diving and sailing than it did schooling, but, nevertheless he cruised through school and found himself in the boat building industry. 5 years later in 2006 Felix was eager to advance his passion for salty living and moved over into yachting, where he has since worked his way up the ranks on many prestigious larger vessels and has furthered his tickets to Captain. He has cruised extensively around the Caribbean, US East Coast, Bahamas, Mediterranean, Baltic, North Atlantic and Pacific. With an incredible amount of unique travel behind him, he is sure to guarantee his crew and guests a safe, fun and adventurous journey. Along with his natural knack for water sport, Felix has gained a semi-pro status skateboarding and is an unbelievably talented musician (drummer), snowboarder and sportsman.

Chef Amber-Rose (AKA Squeeze), was born and raised in Durban, South Africa. Dancing, music, sporting, fishing and surf-life-saving were just a few excuses she would use to avoid her daily chores. Pursuing adventure, she joined the yachting industry 8 years ago and fell in love with the extravagance of culinary art. After attaining her degree in Sports Nutrition, she enrolled to become a chef at Prue Leith Academy of London where she passed with honours and went on to major in confectionary science. She has gained a wealth of skill, knowledge and artistic flair through her experience of living, travelling, studying and working in several countries around the globe. As an all round enthusiastic person, Squeeze has progressed from being a professional rhythmic gymnast, to a yacht master, a personal trainer and dietician, to a dive master and finally a passionate chef. With a love for healthy lifestyle and good food, she is certainly promising that cherry-on-top of an amazing adventure.

Blair was born and raised in a small town outside of Toronto, Canada. Since University, Blair has spent the past 7 years living on different continents and travelling to over 60 countries. In her spare time, Blair loves to run, swim, read and spend time with family and friends. She is thrilled to share some of her favorite spots with guests and looks forward to exceeding your expectations while on board!

COREY O’CONNELL – Engineer
Corey was born in Peru before his family moved to Vermont. He grew up spending a good amount of time on the water, sailing with friends in Annapolis. After obtaining a degree in Business Management from Castleton University in Vermont Corey started to do sailboat deliveries. This eventually led him to get his Yachtmaster and Engineering certifications. Since then Corey has cruised all over the globe, including the Mediterranean, Caribbean, Pacific Northwest, British Columbia, Alaska and the Aleutian Islands, the East coast of the US, Canada, Iceland and Greenland. His favorite being the artic of Greenland and Alaska.

In his spare time Corey enjoys fly fishing, snowboarding, mountaineering, surfing and playing any musical instruments he can get his hands on.