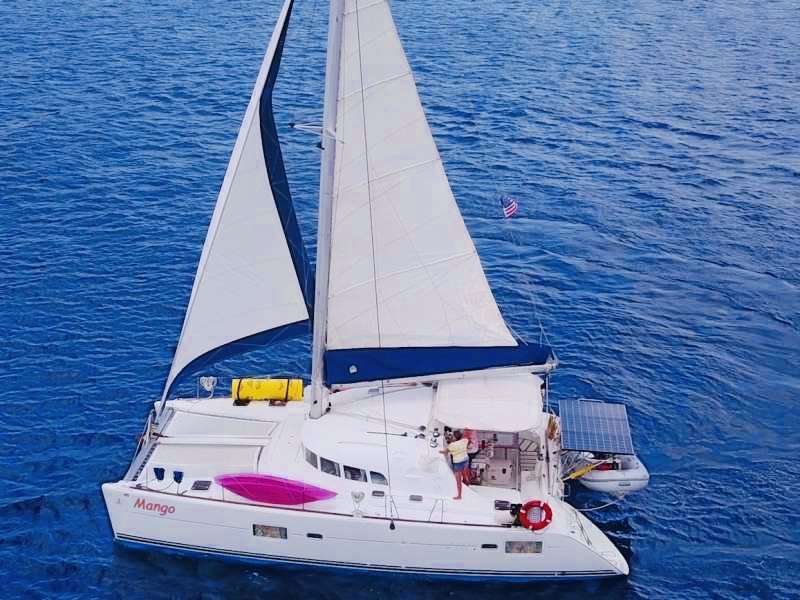 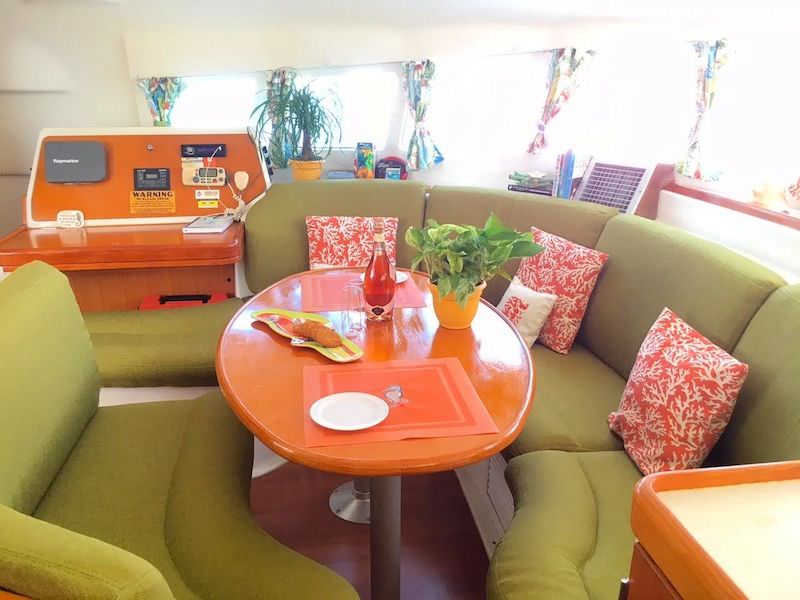 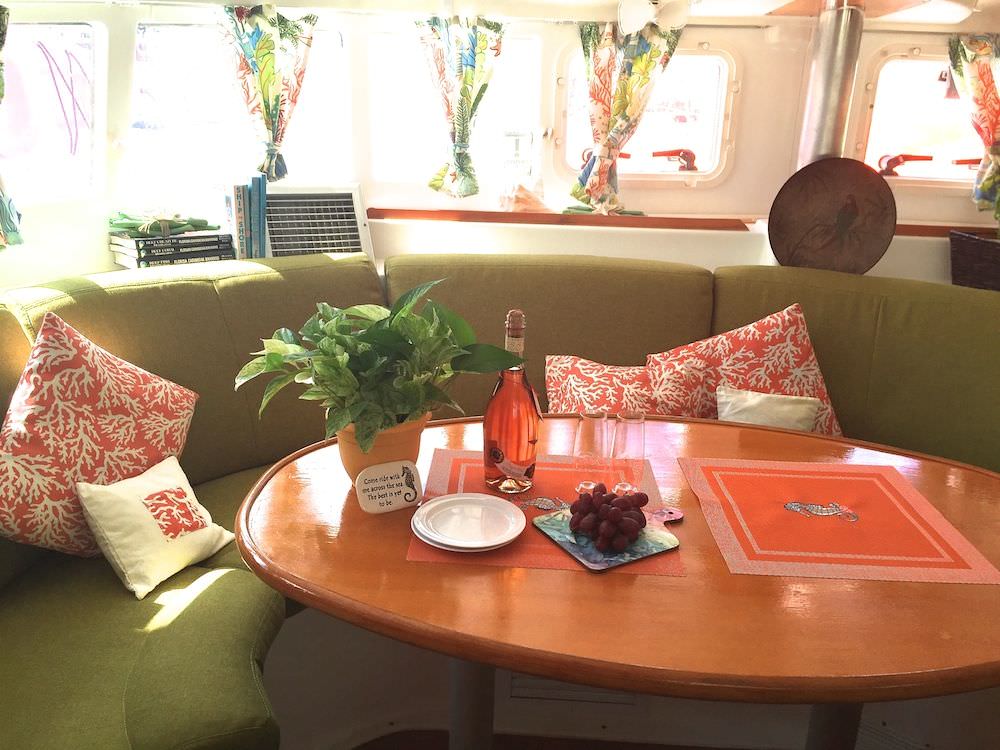 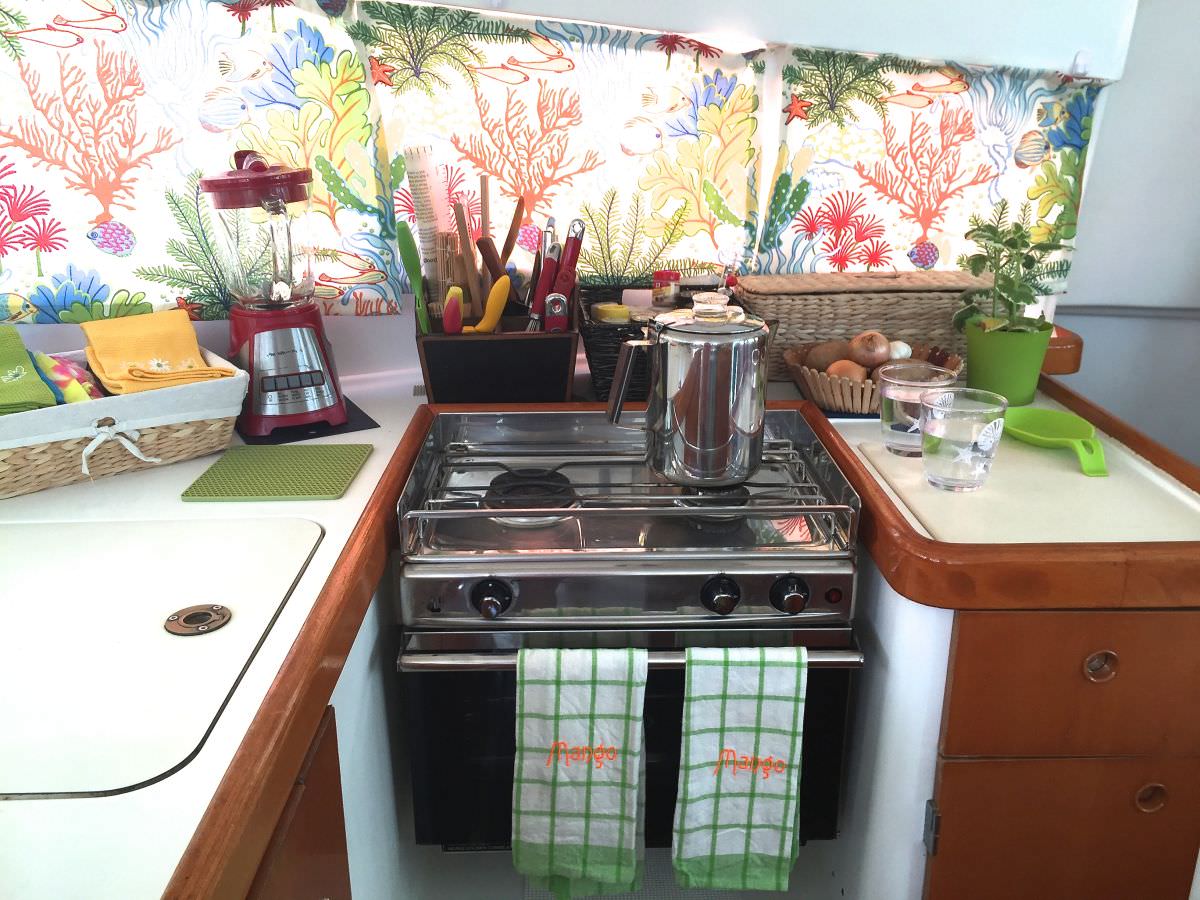 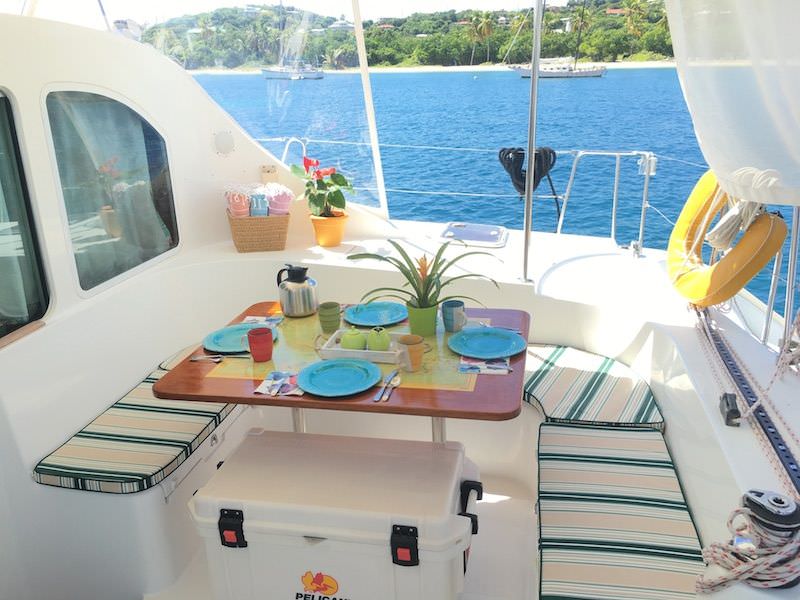 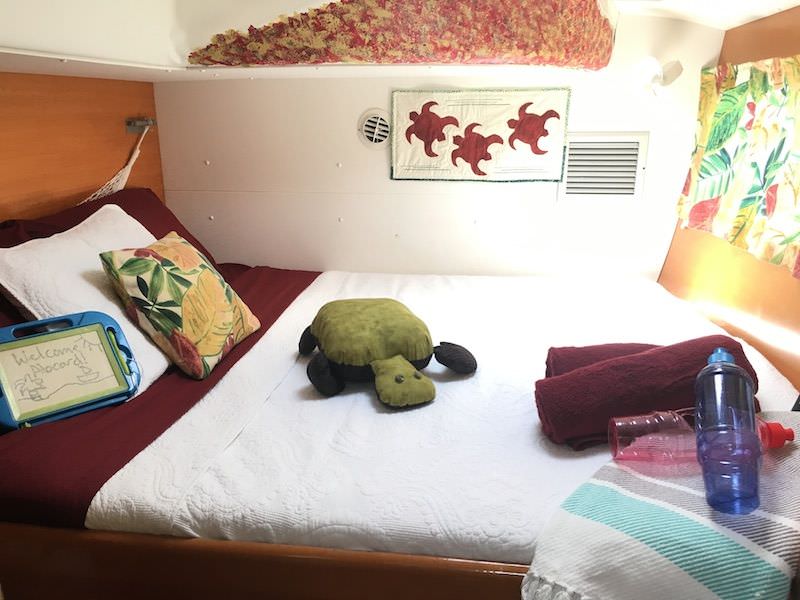 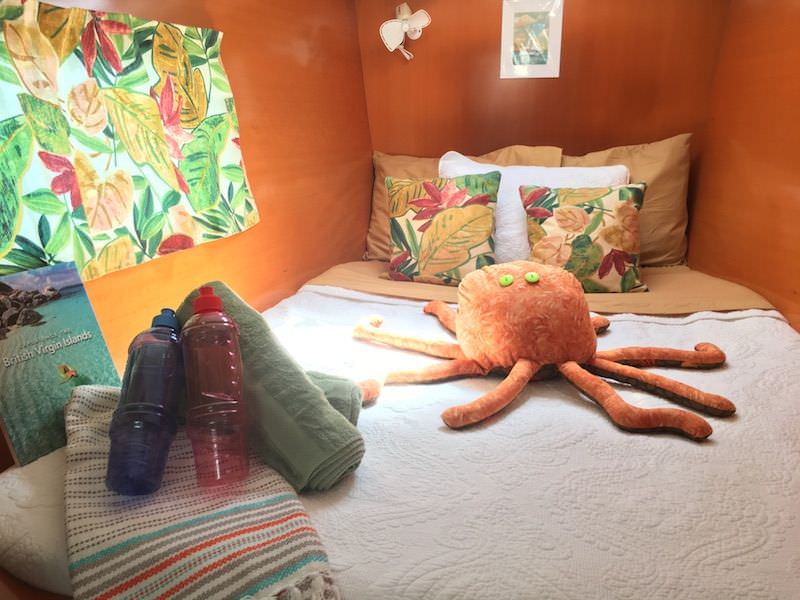 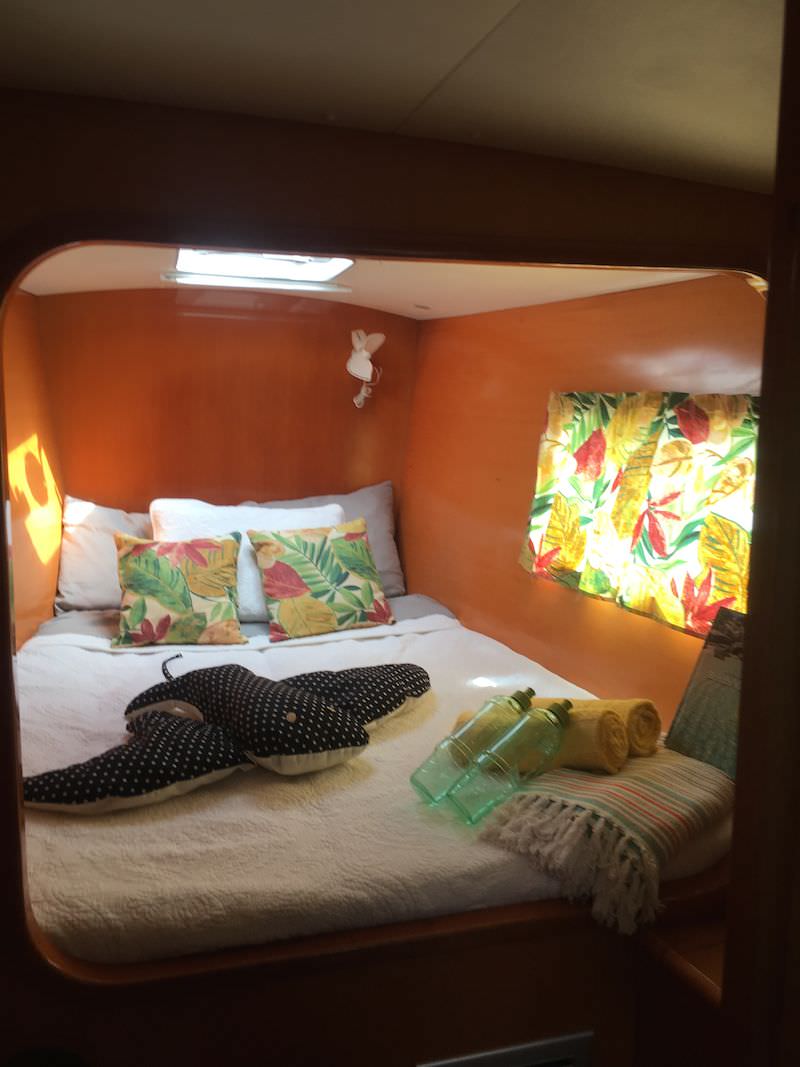 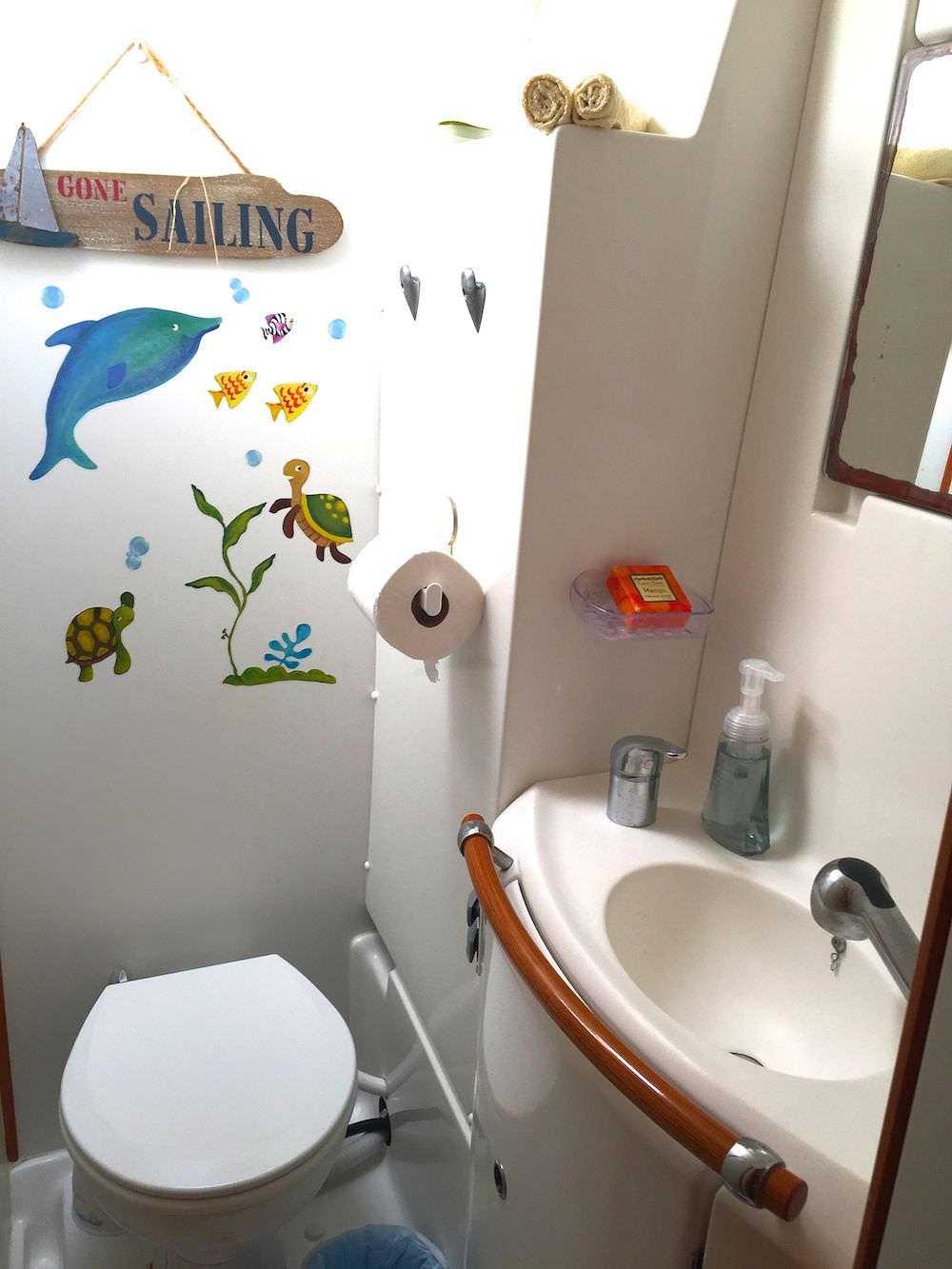 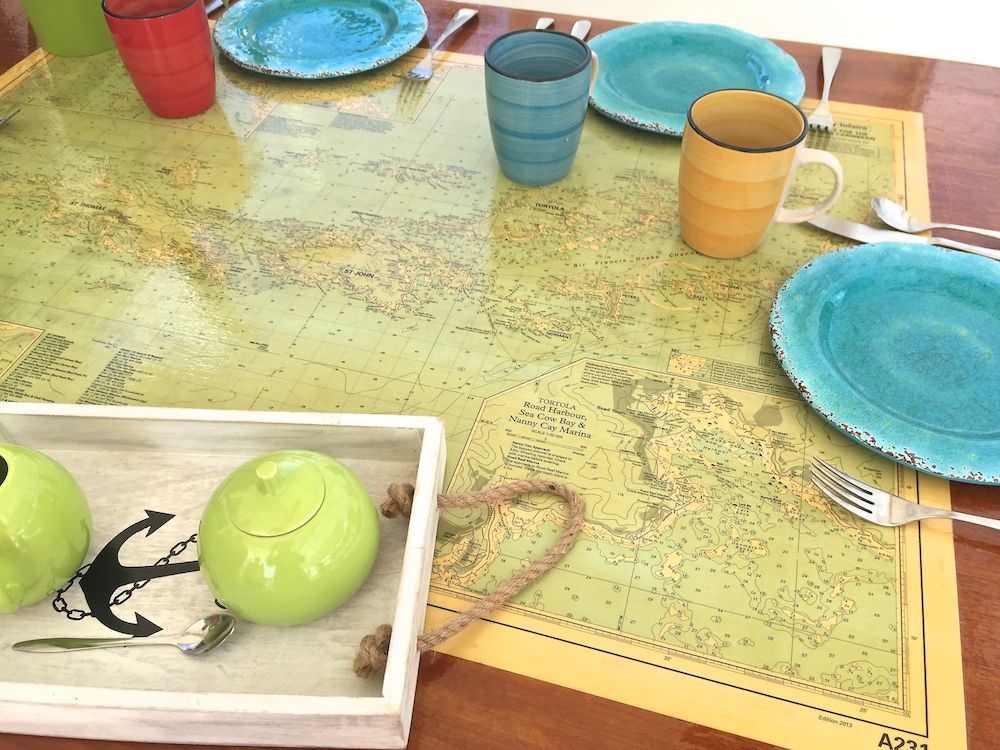 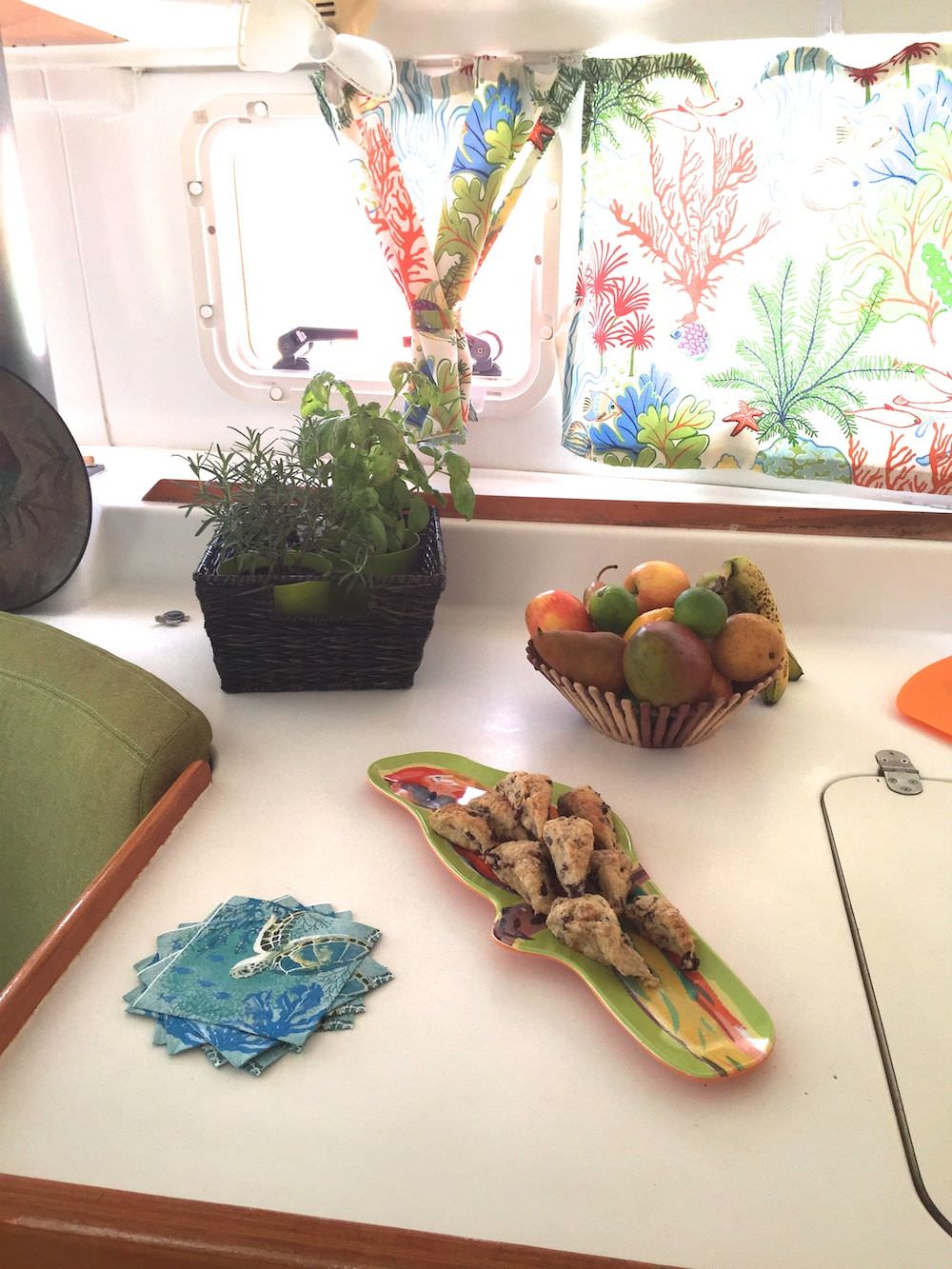 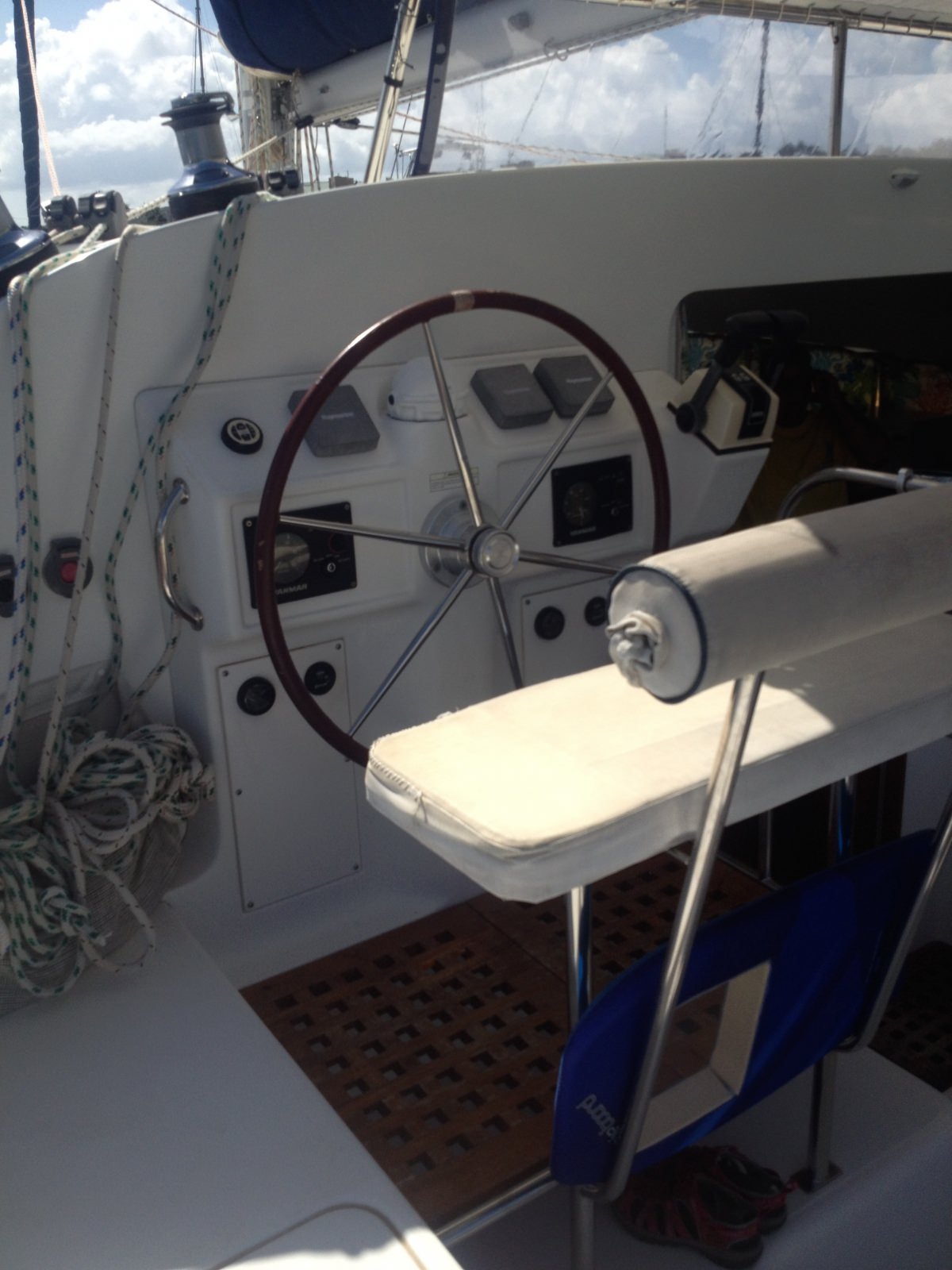 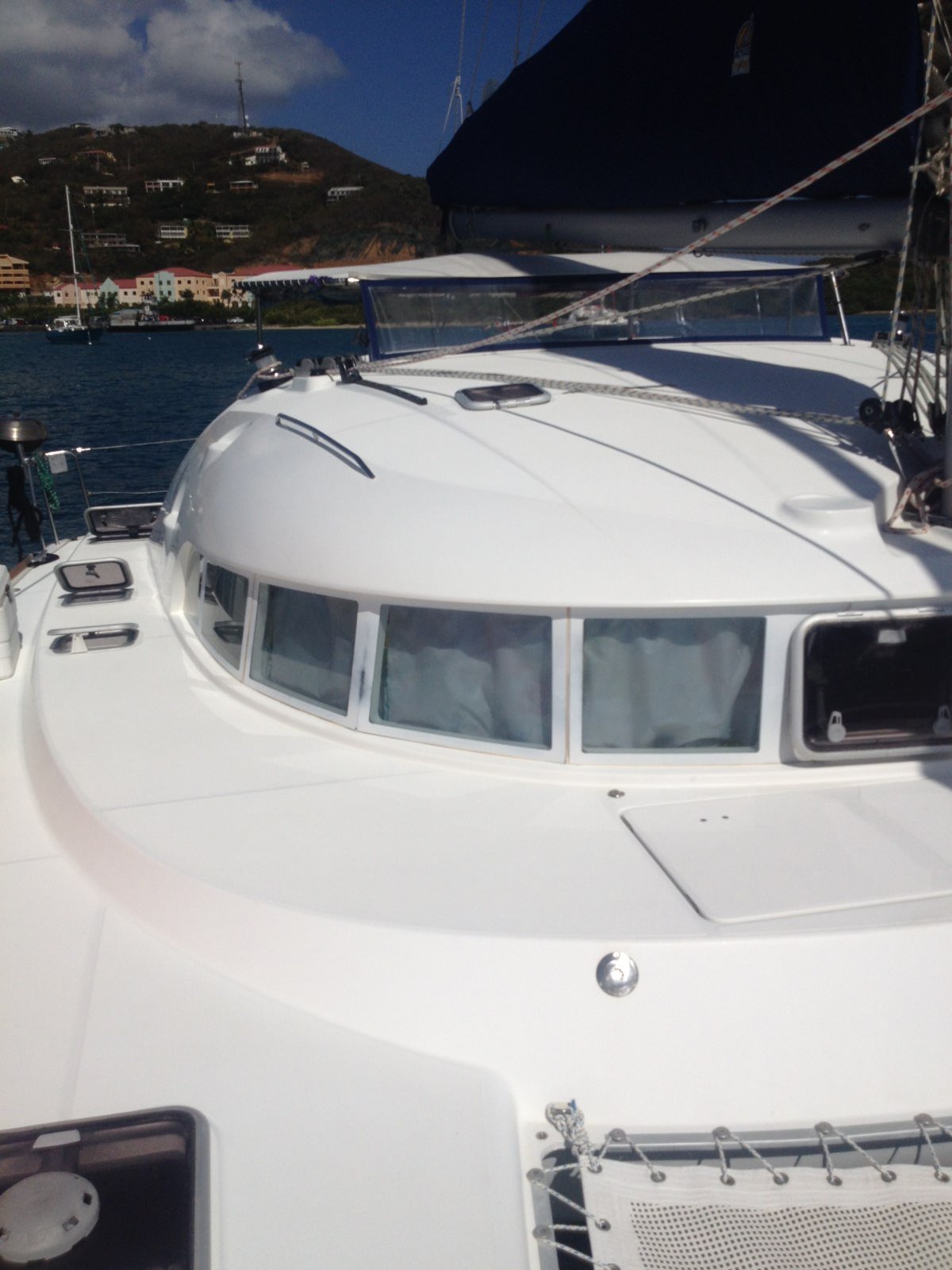 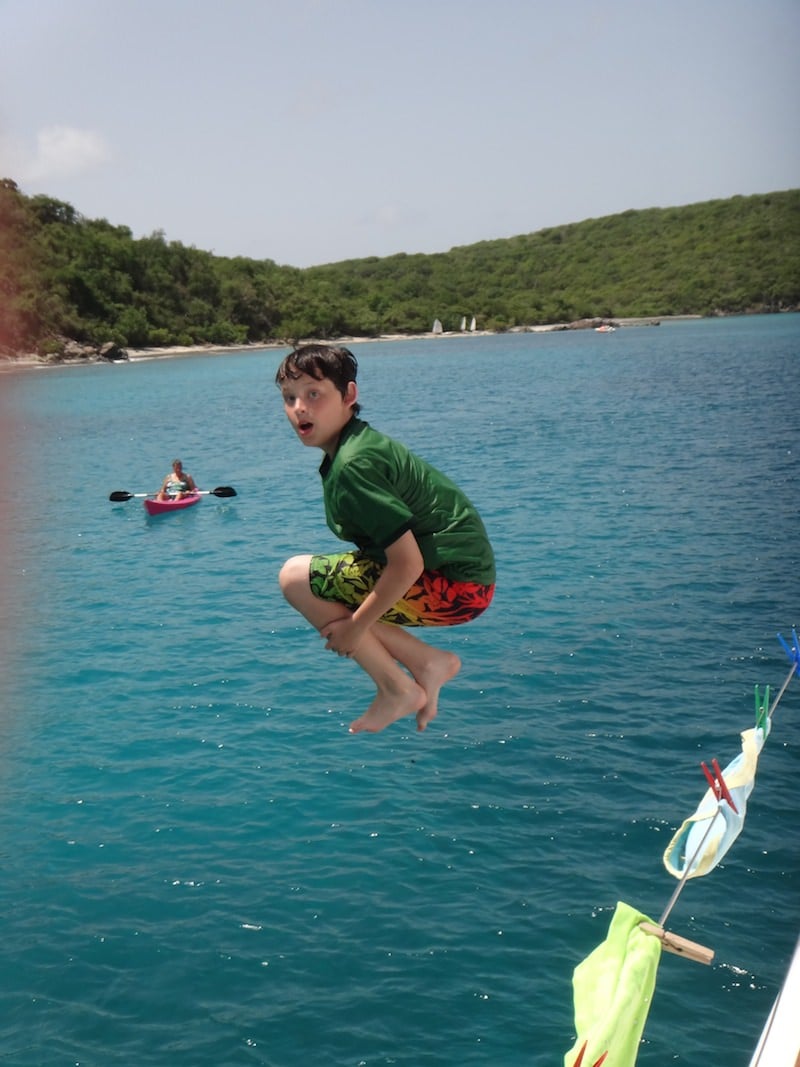 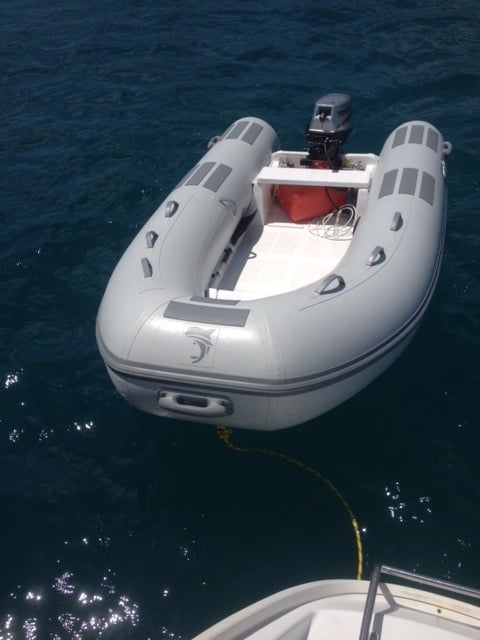 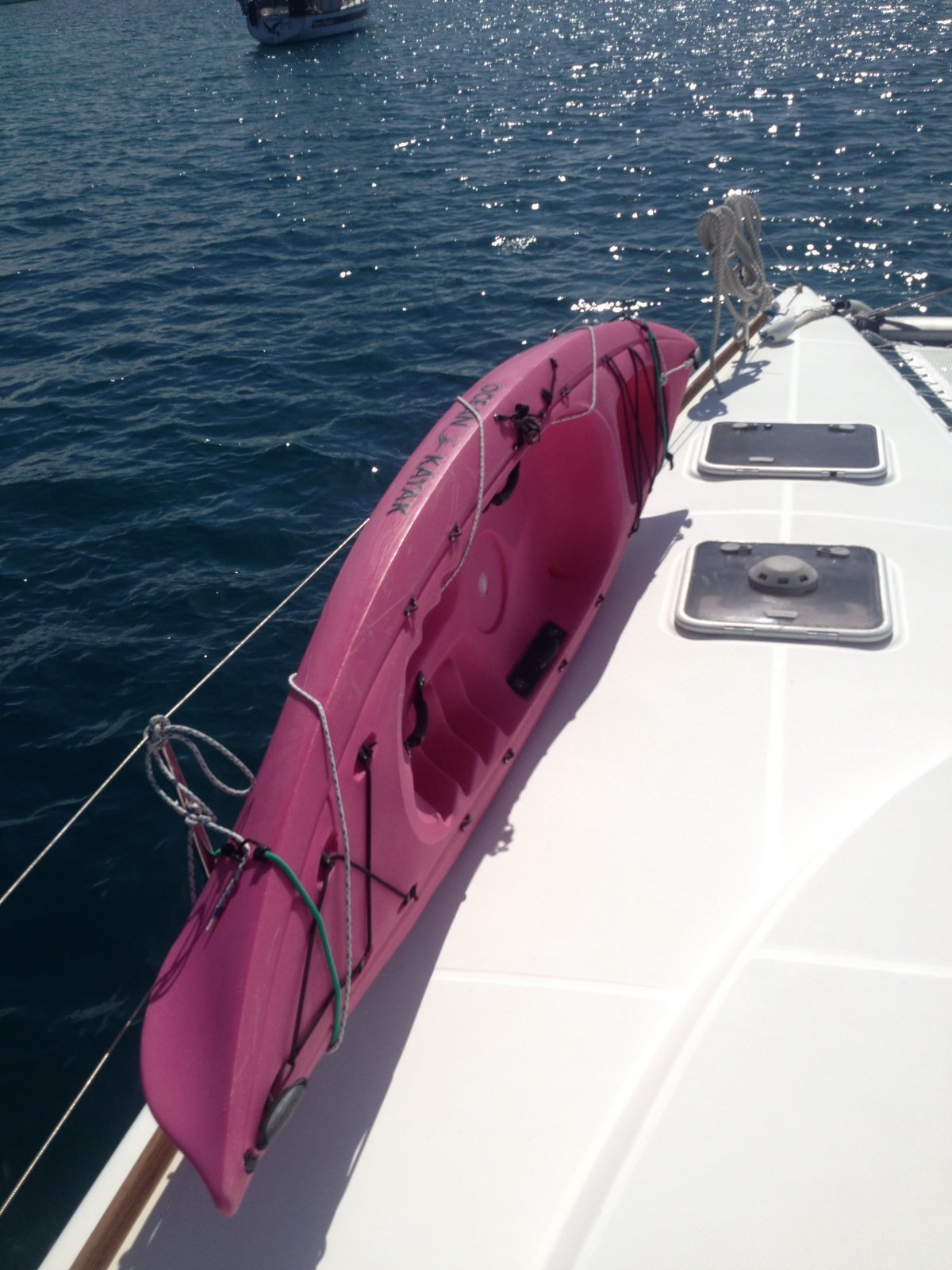 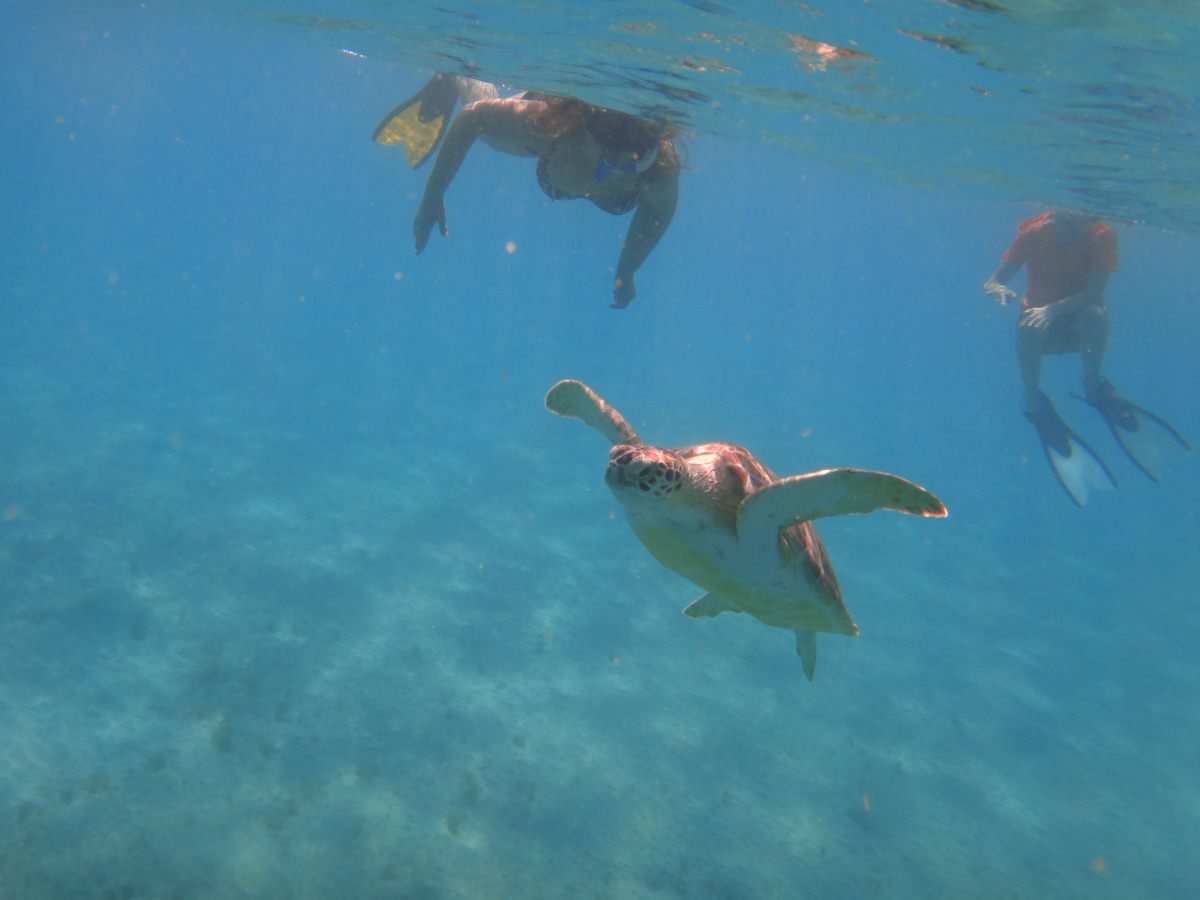 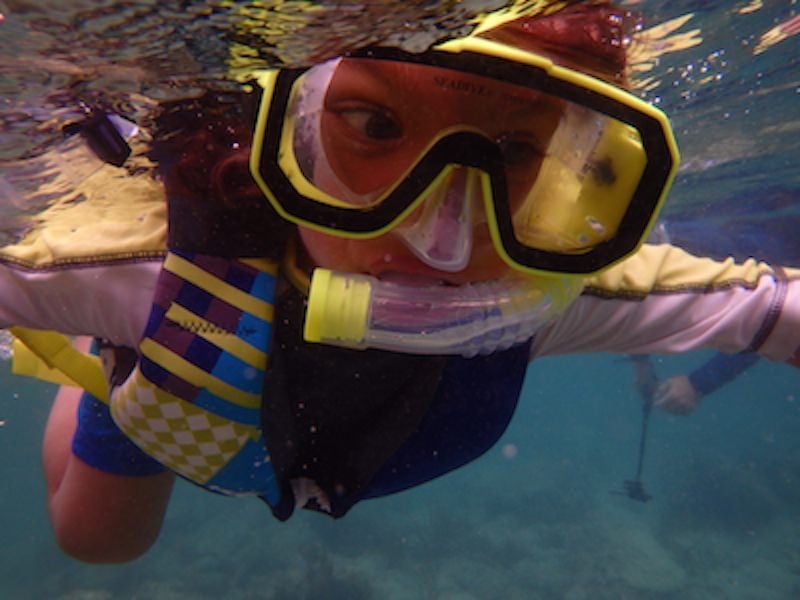 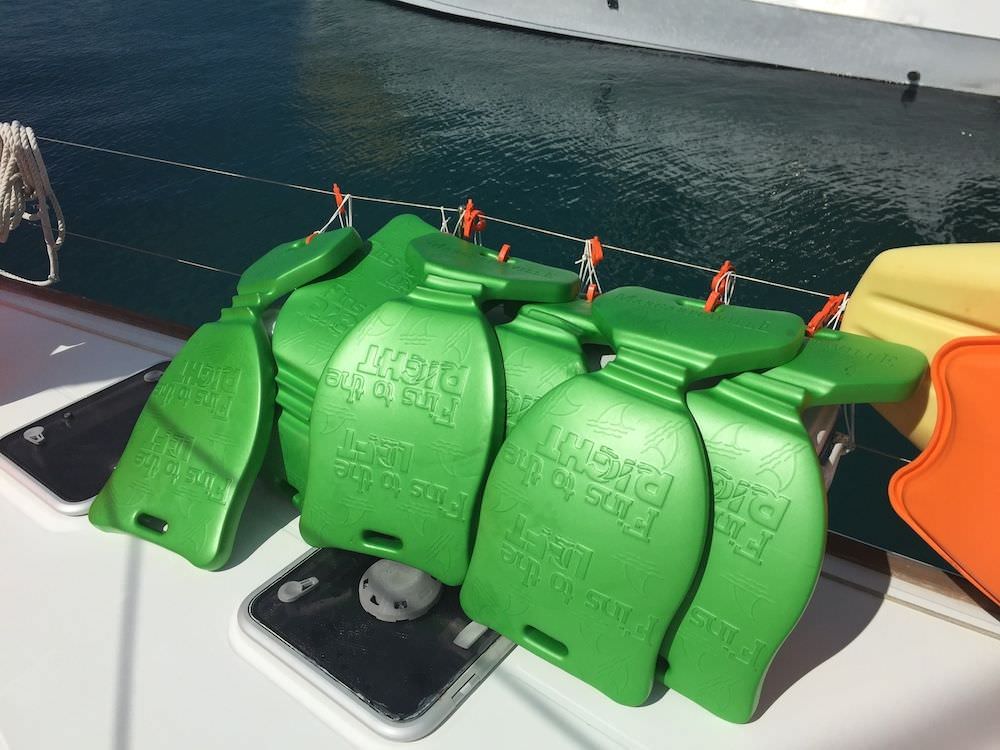 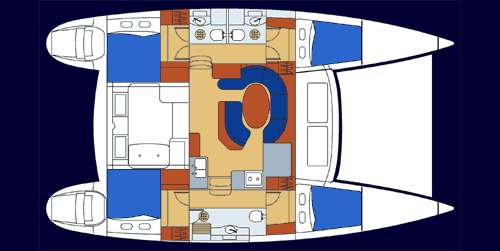 We do not have wifi or USB ports, we can hook up an iPod to the stereo and we have a Bluetooth speaker. 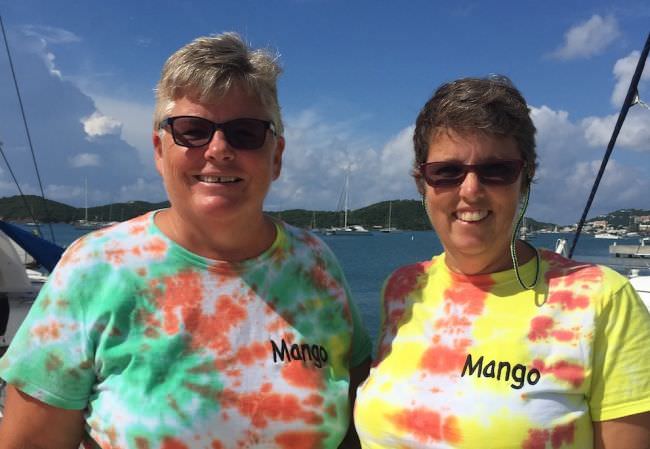 Growing up, Kelly had a sailboat which she sailed and raced for years. She spent many family vacations sailing in the British Virgin Islands since the late 1970&#8242;s. After working several years for a major electronics company, Kelly attended culinary school and after graduation worked as a baker and cook at a catering company, for 10 years in Portland, Oregon. After leaving the catering business, Kelly put her culinary education together with her computer skills and worked as a consultant, implementing systems and controls in restaurants. In 2012, she decided it was time for another change! She and Dianne formed the company, Time of Your Life Adventures and began providing sailing adventures in the Caribbean aboard their catamaran Mango.

First Mate: Chef Dianne Winter
Dianne has worked in the culinary field since 1975. She graduated from Western Culinary Institute in 1989 and worked for The Red Lion Hotels. Dianne then spent the next 23 years as a Chef Instructor at Le Cordon Bleu Portland, receiving Chef of the Year twice and several Student Appreciation awards (student voted). She has been sailing in the British Virgin Islands since 1999 and has taken several ASA sailing courses over the years both in Portland and the Caribbean. In 2012, Dianne felt it was time for a change and remembering her mom’s favorite saying a Turtle only moves forward by sticking out its neck, she decided It was time to live her dream. Dianne and Kelly sold almost everything they owned including their house and moved onto their 41 foot Catamaran S/V Mango. Dianne looks forward to dazzling guests with a cuisine that mixes Caribbean flavors with French techniques.