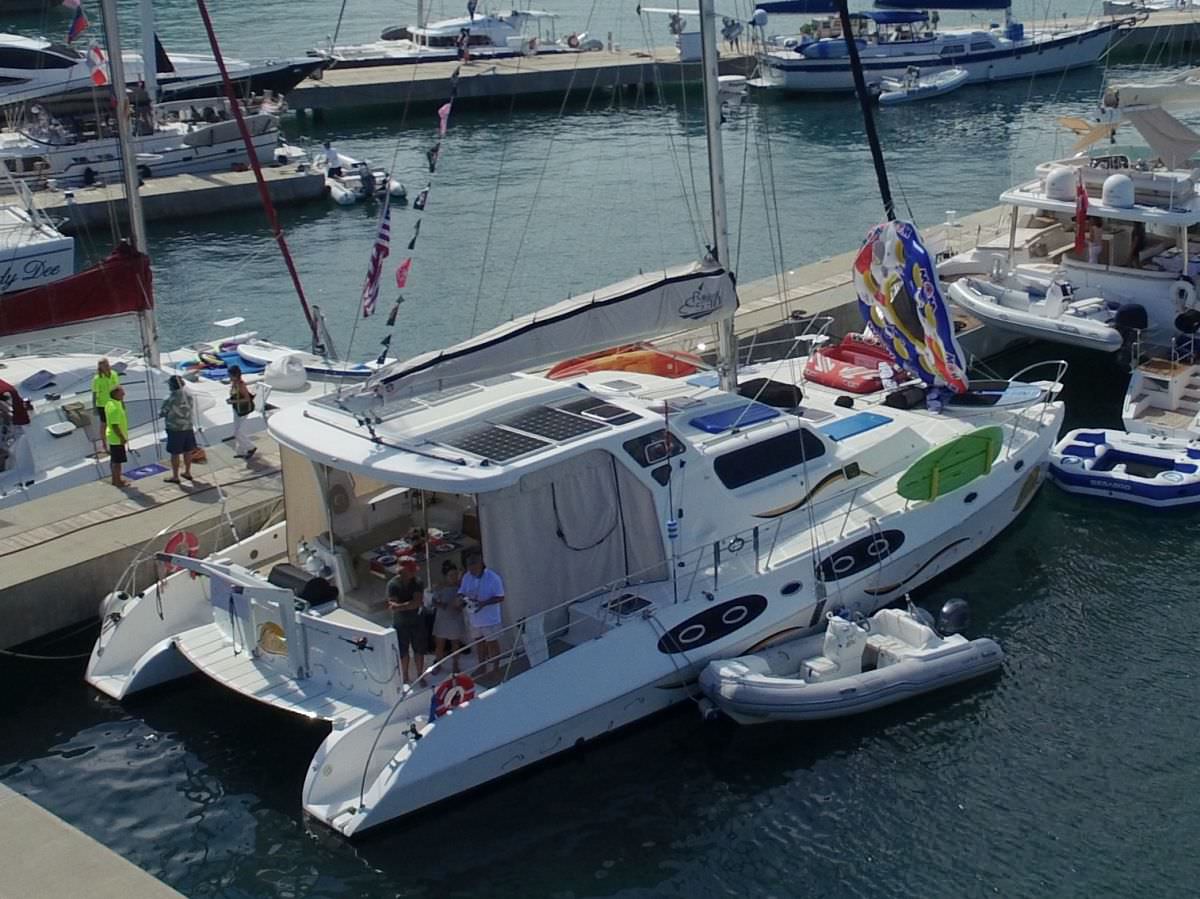 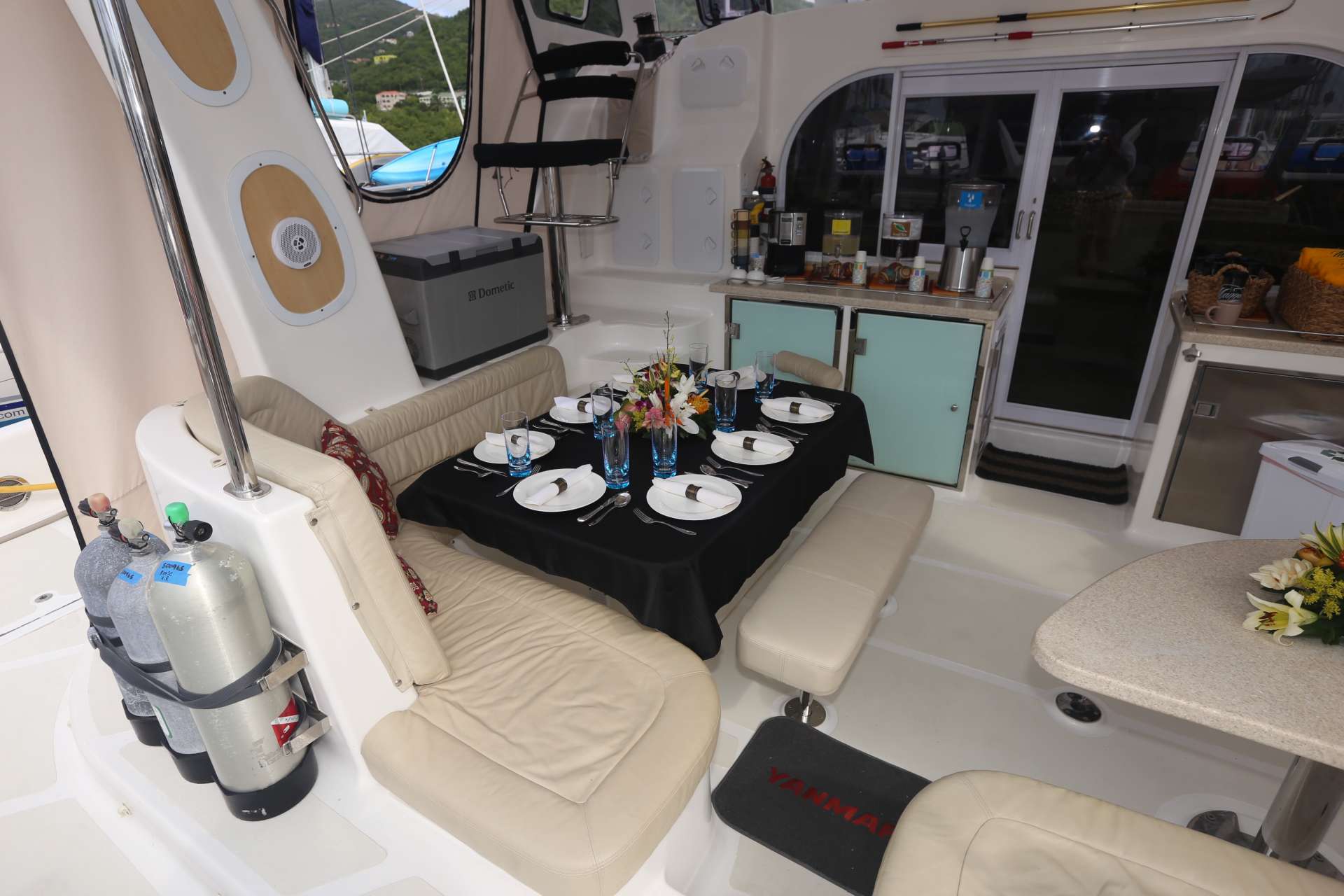 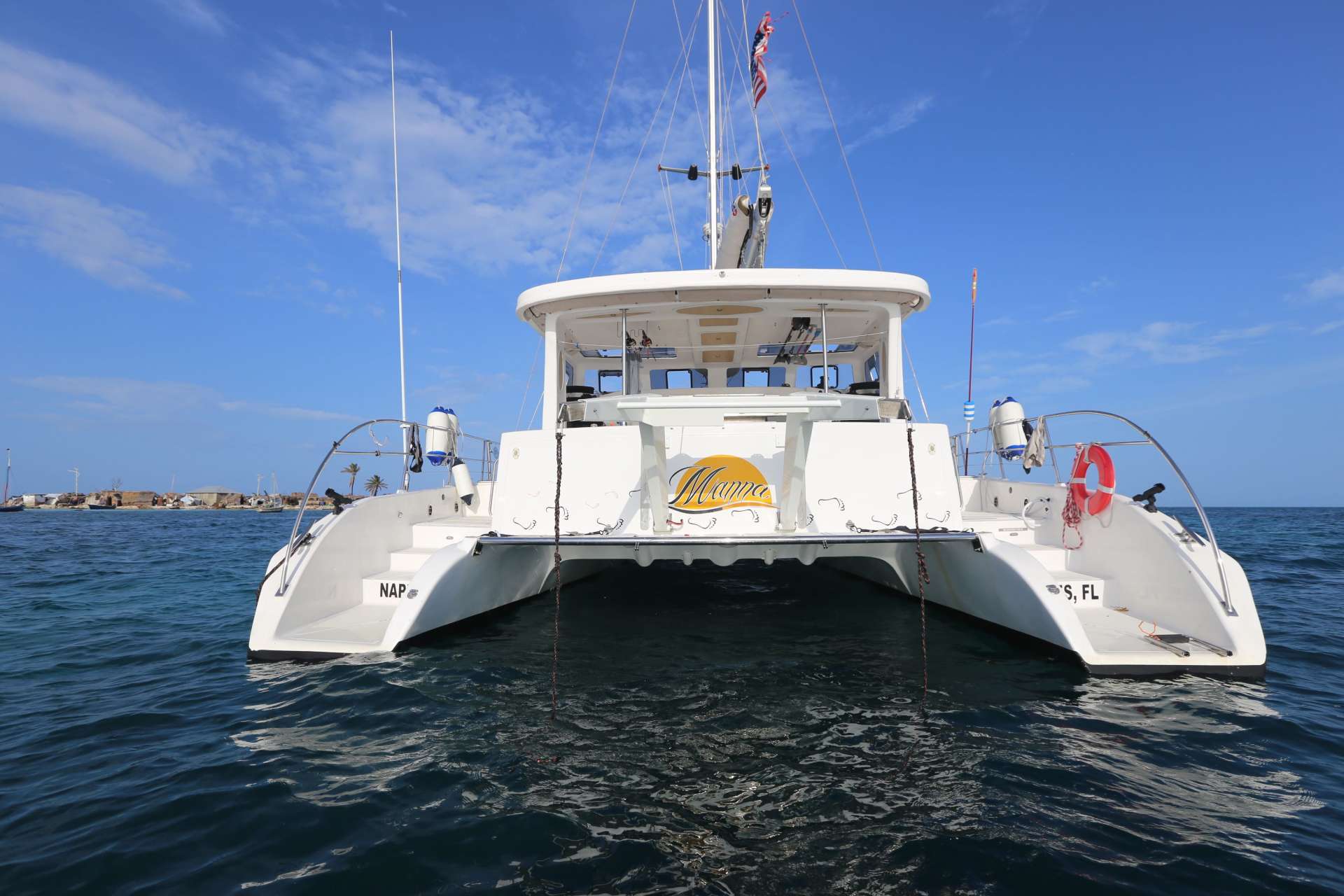 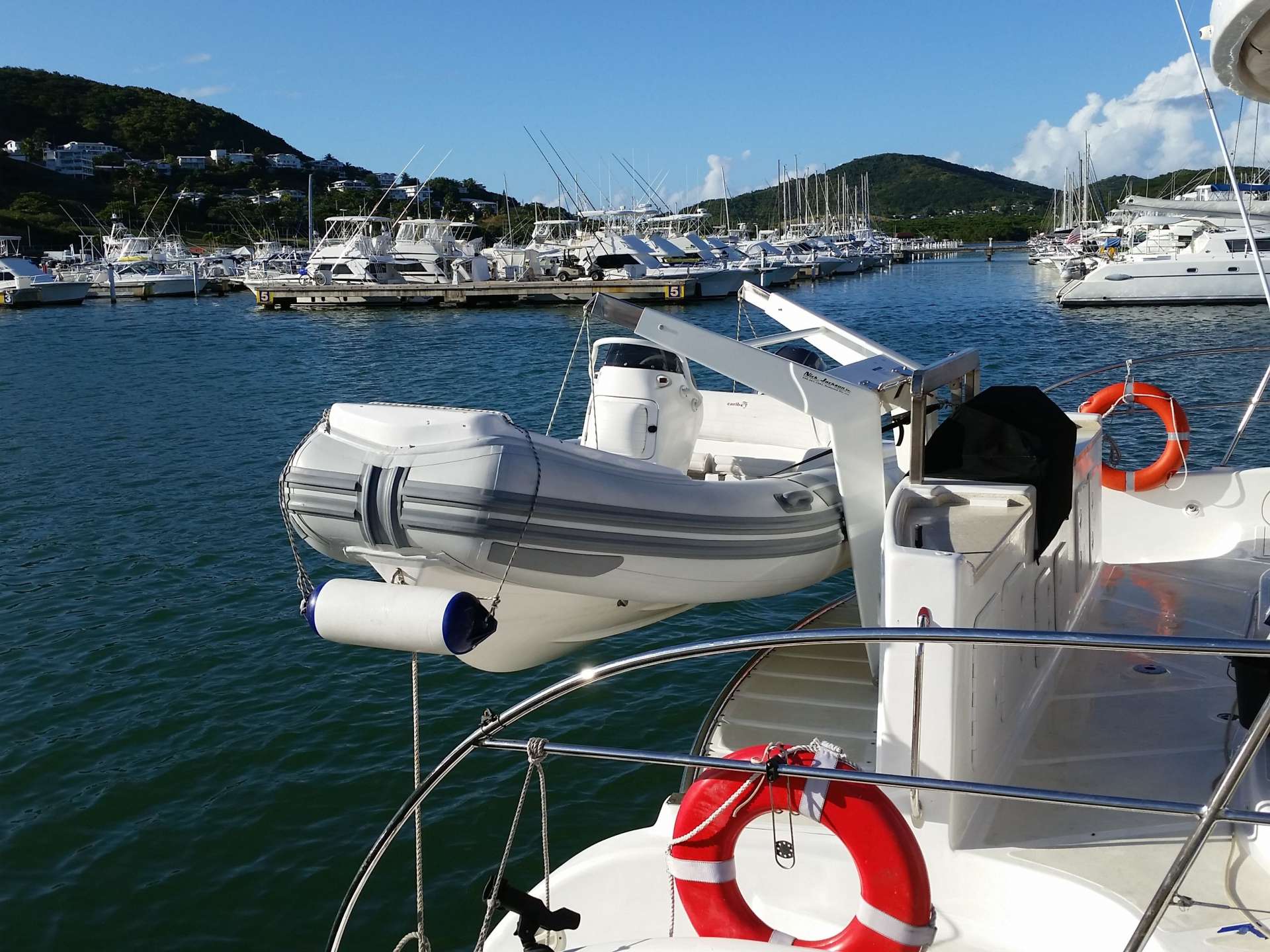 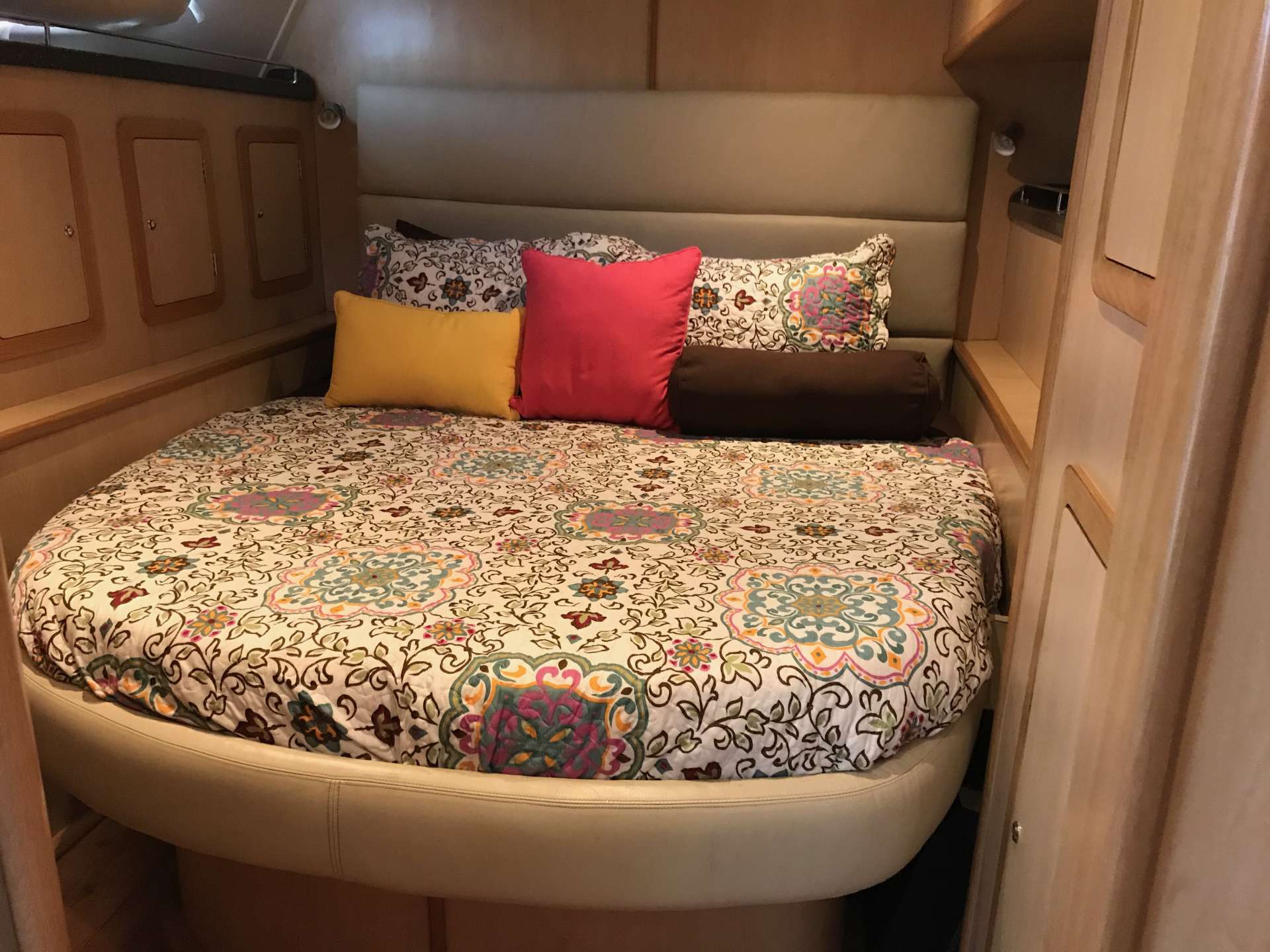 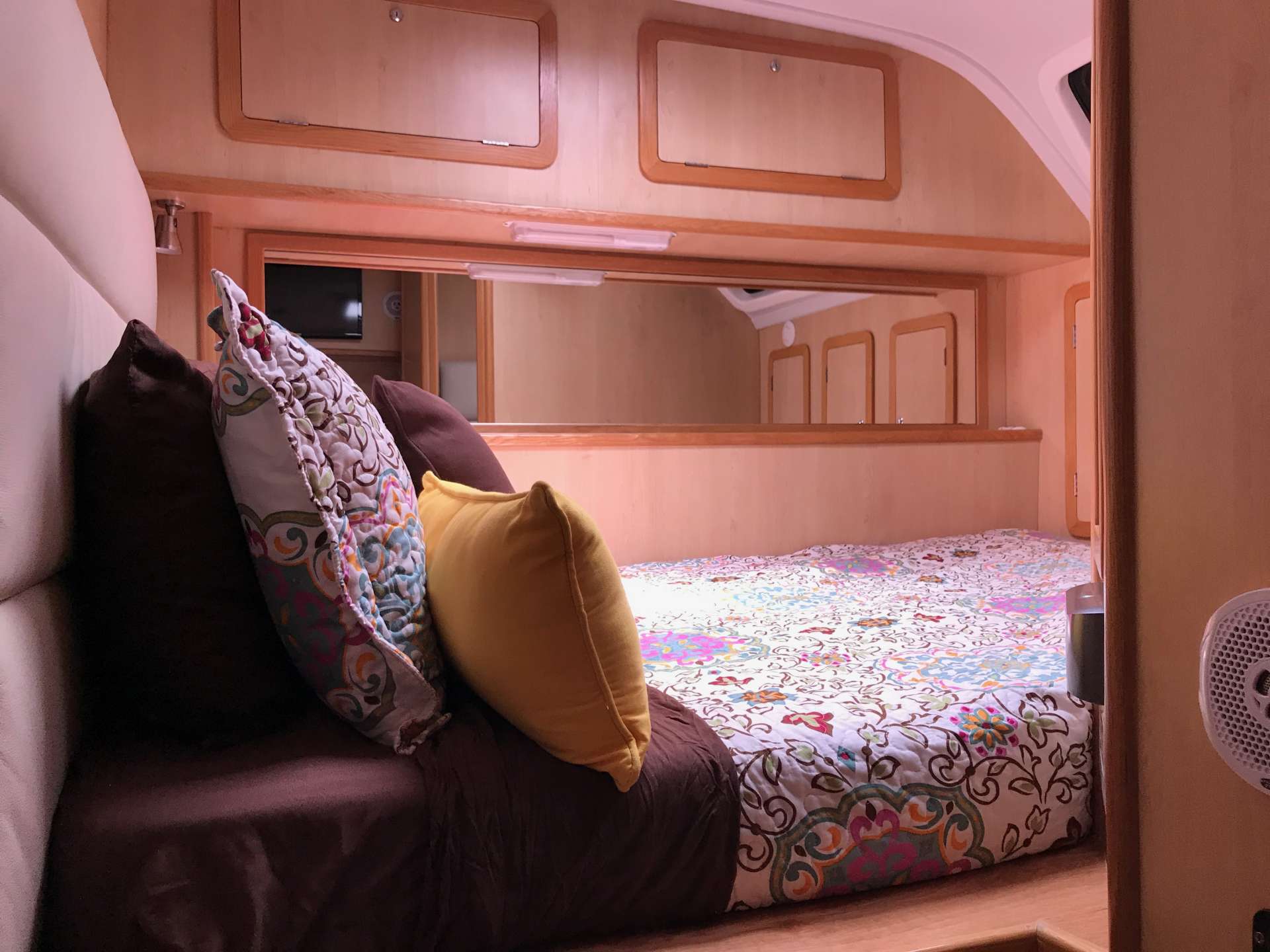 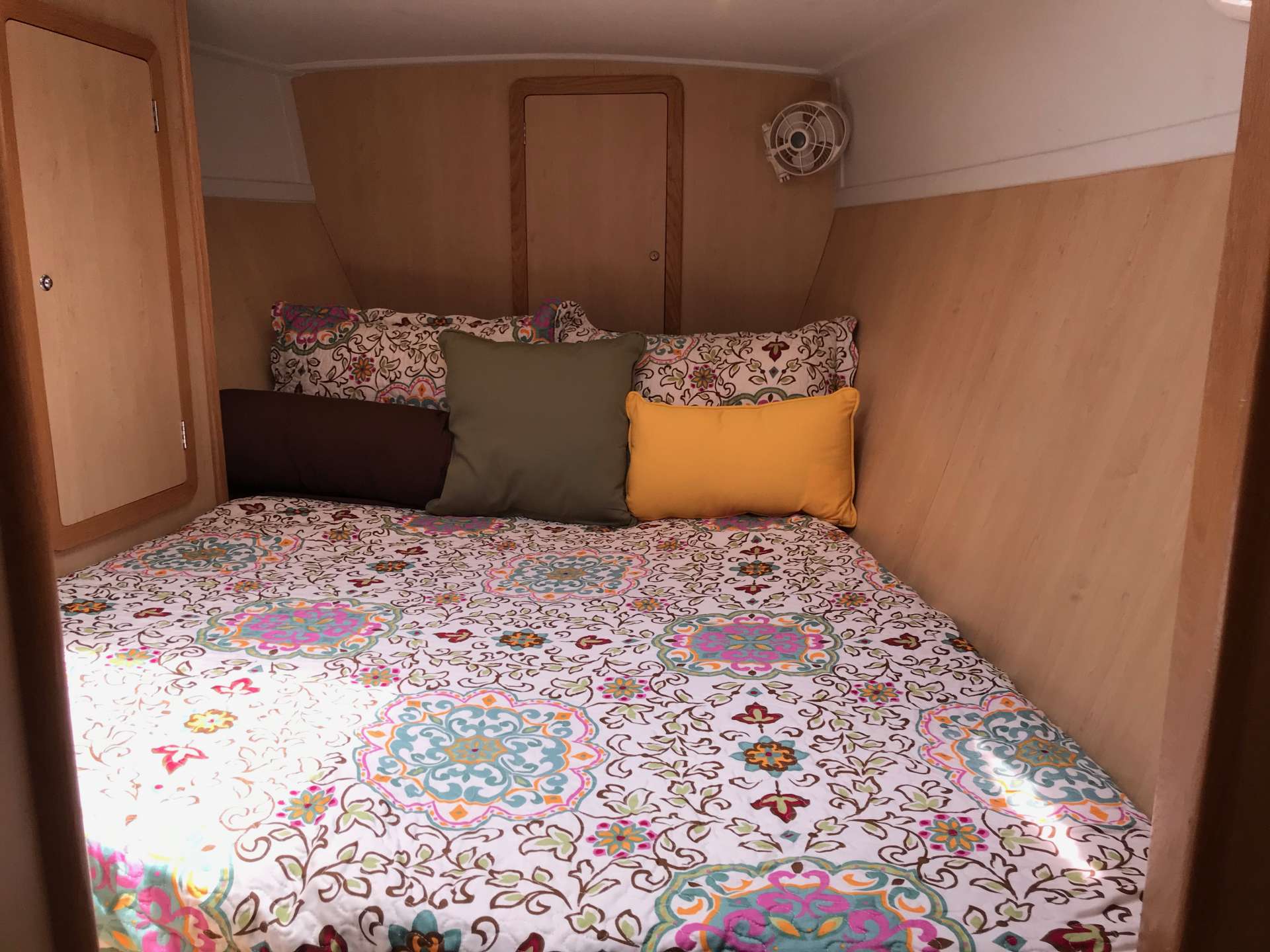 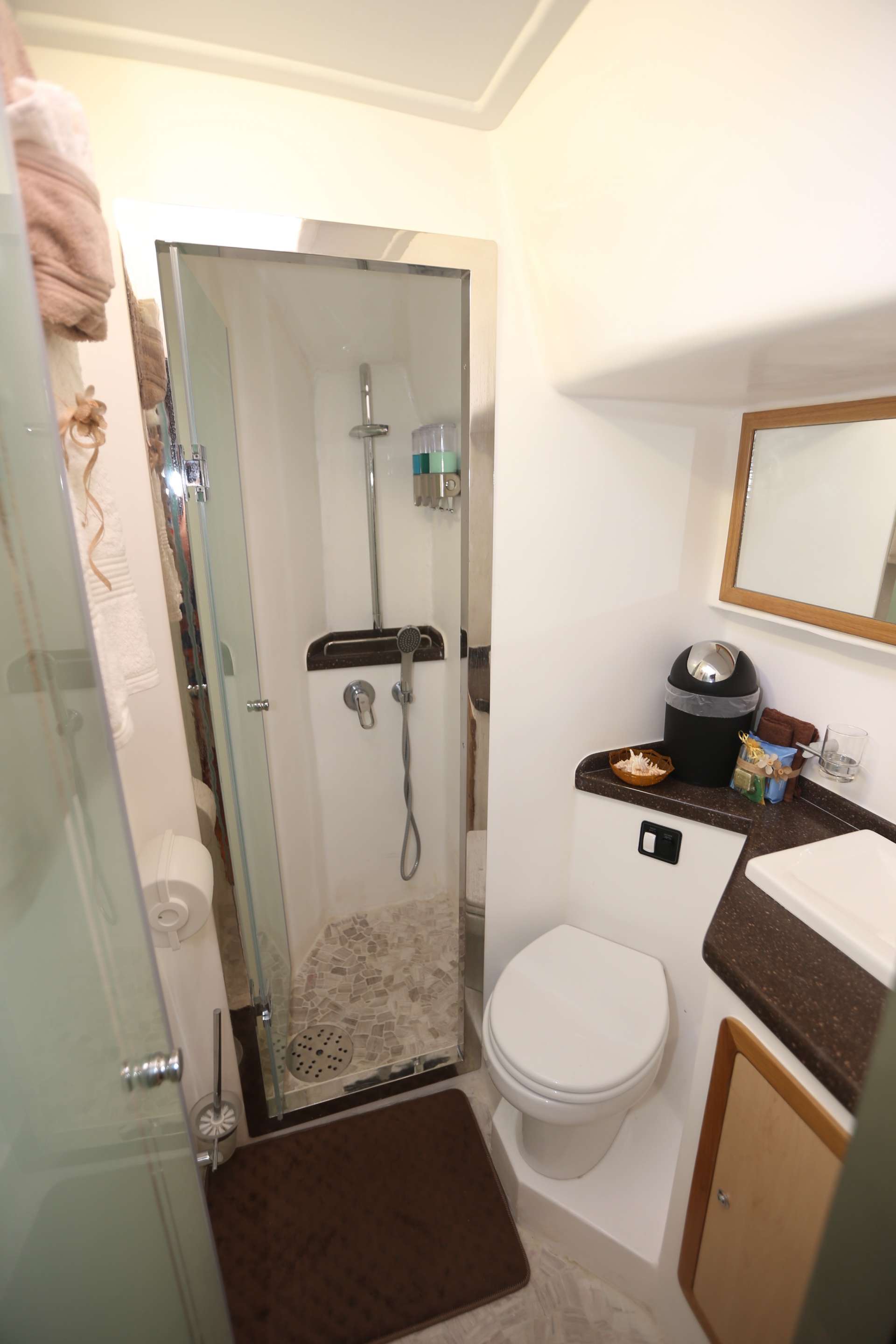 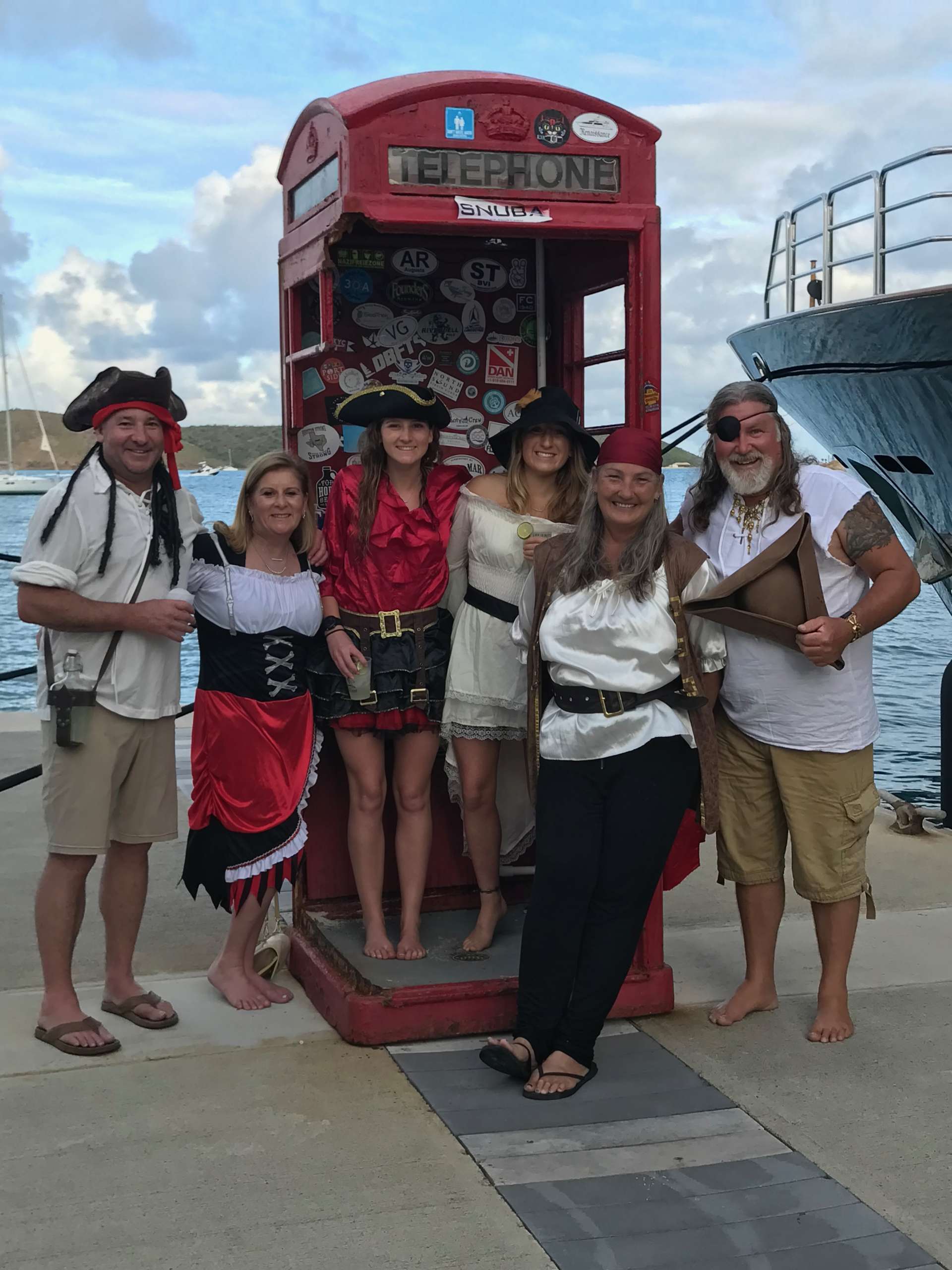 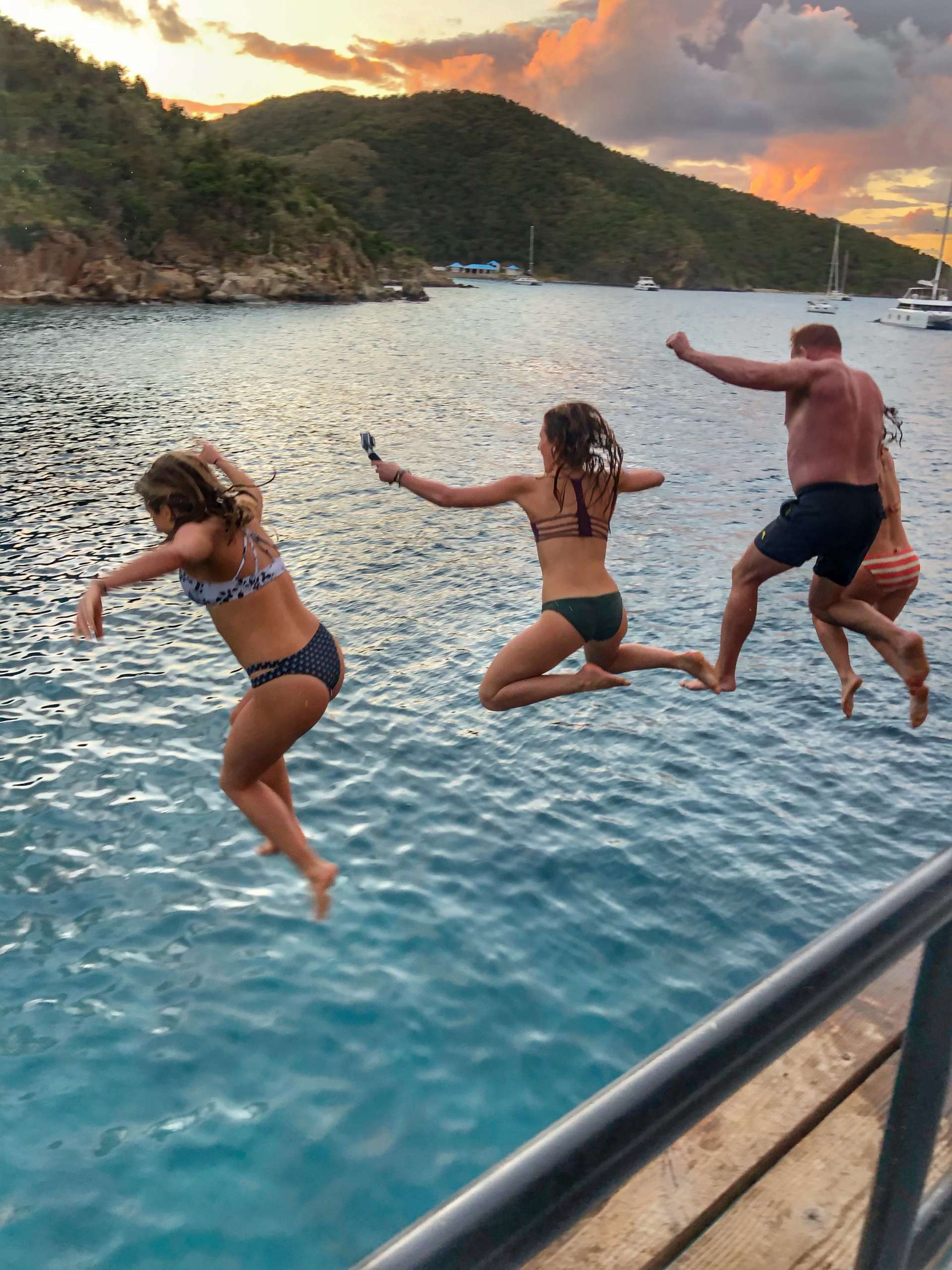 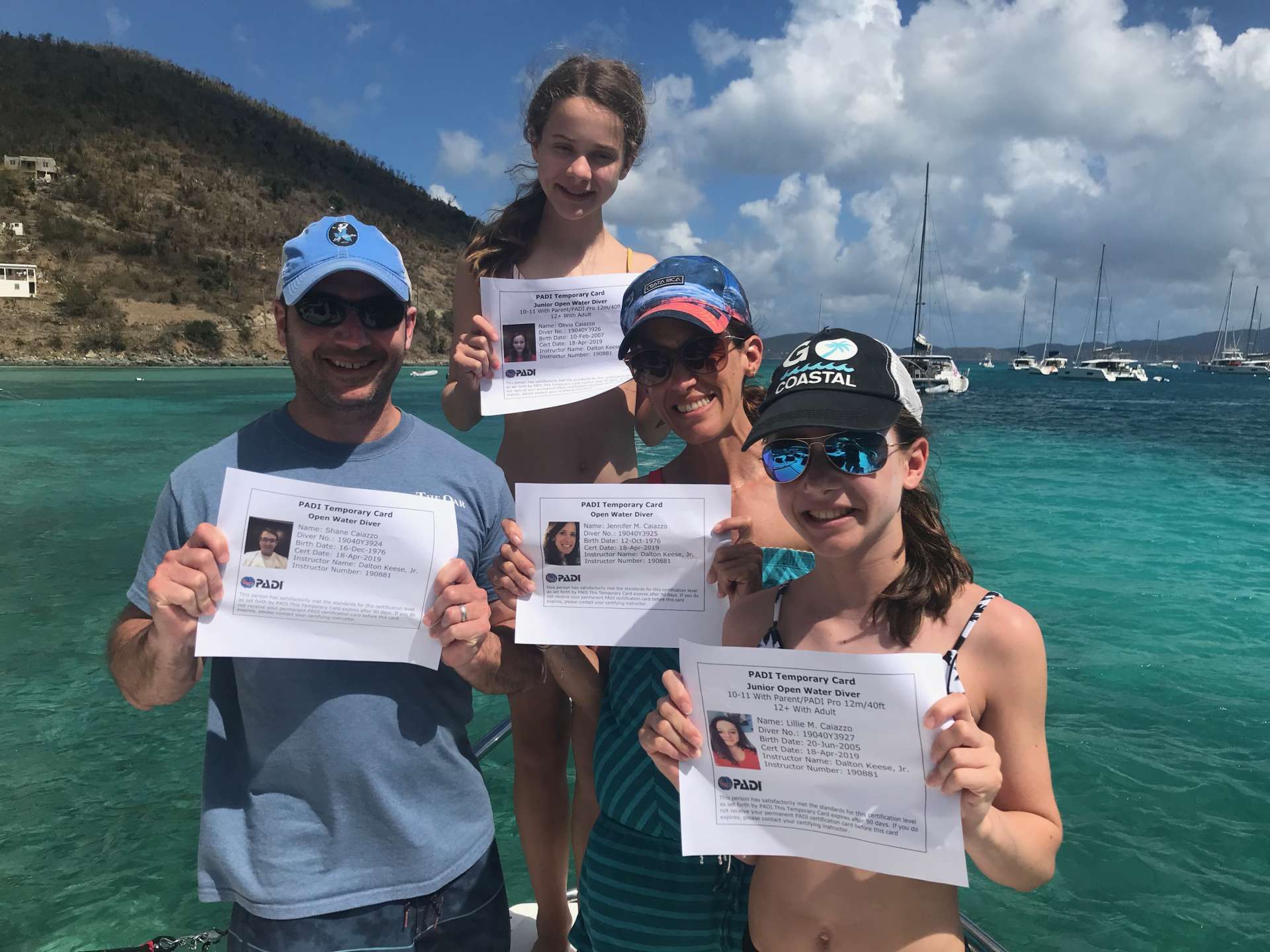 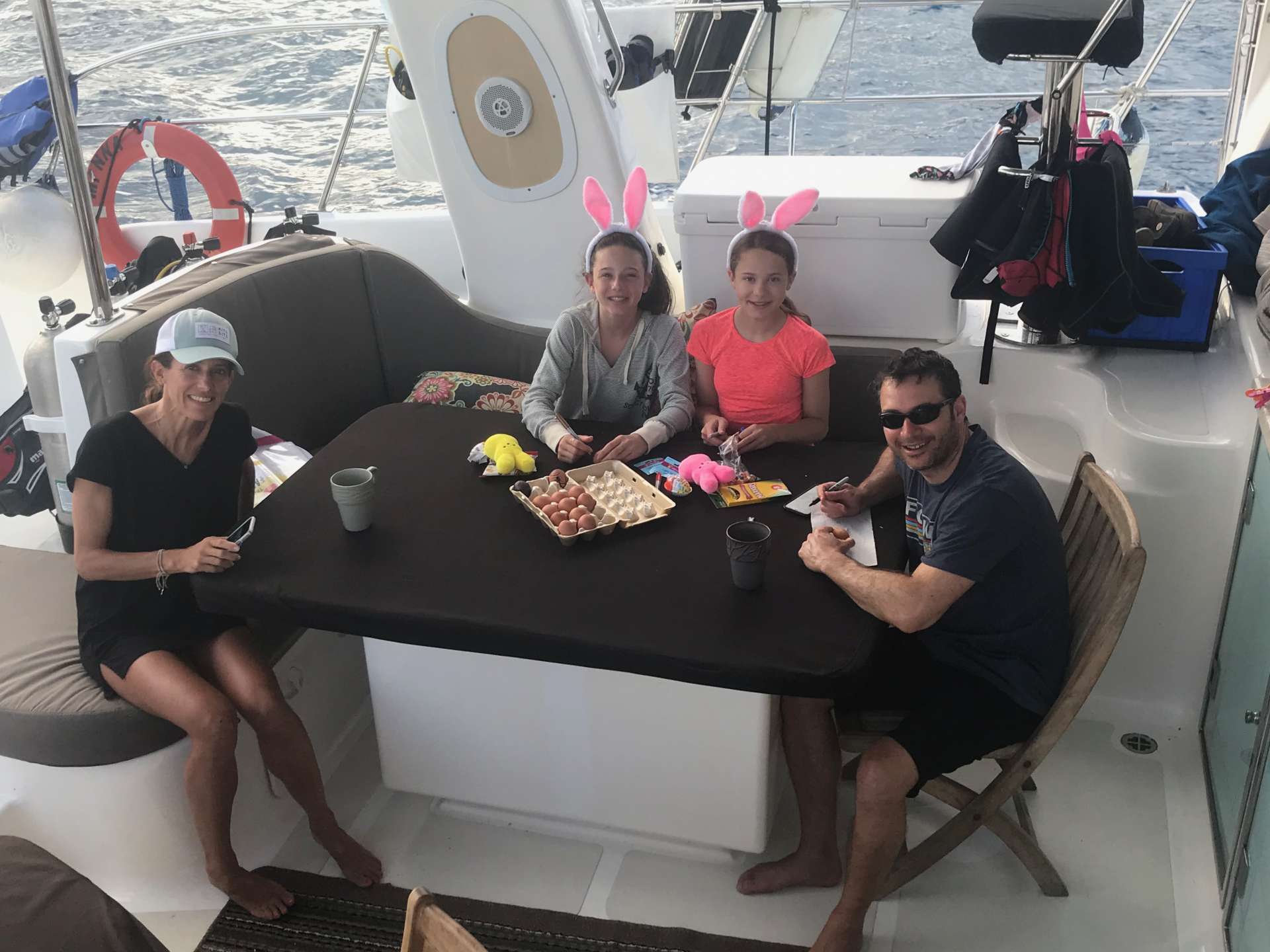 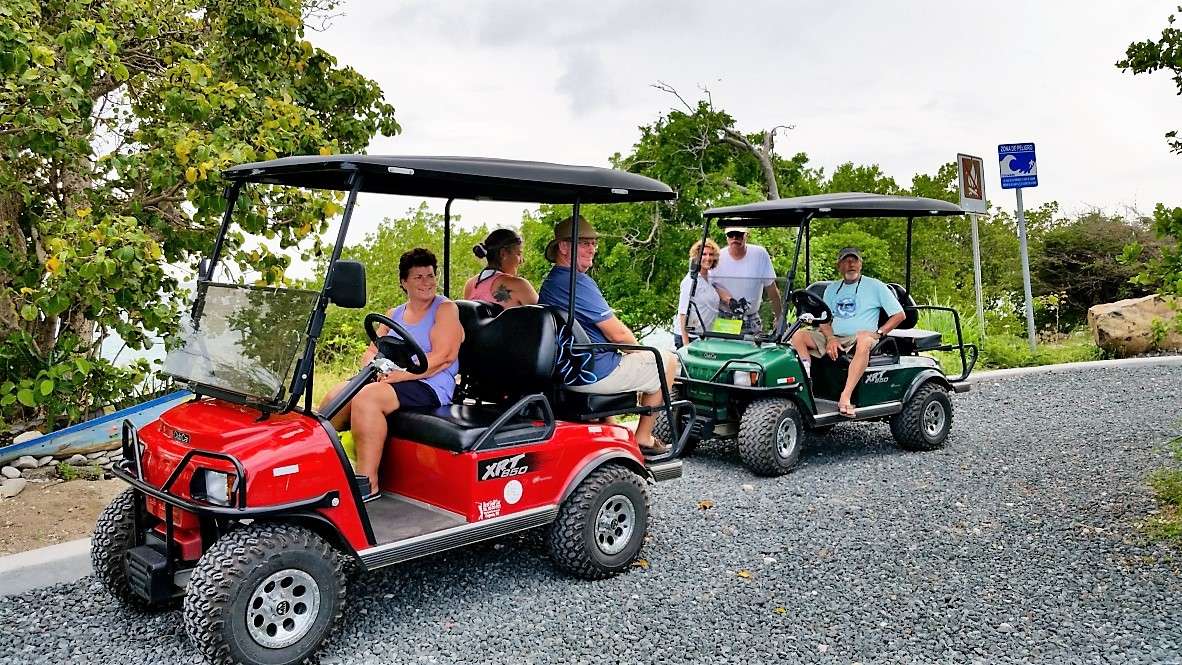 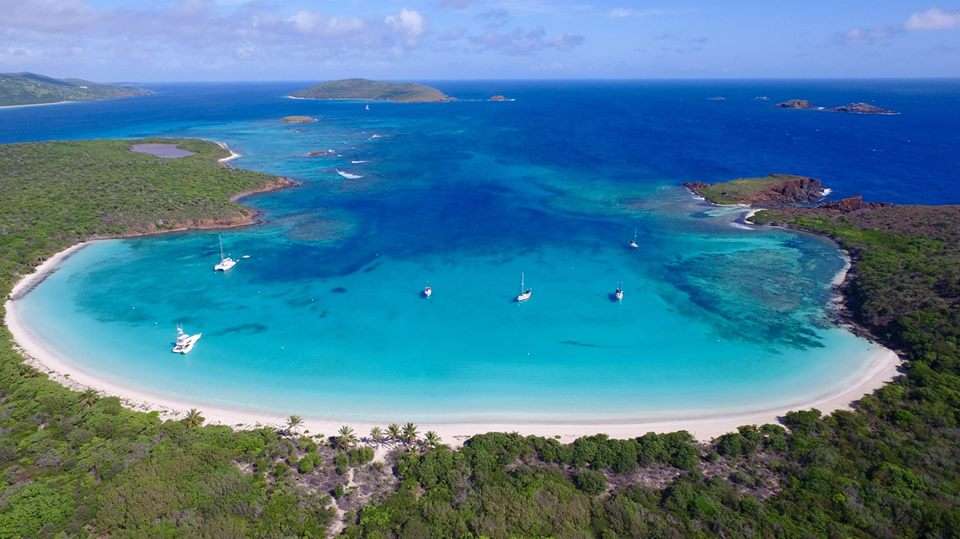 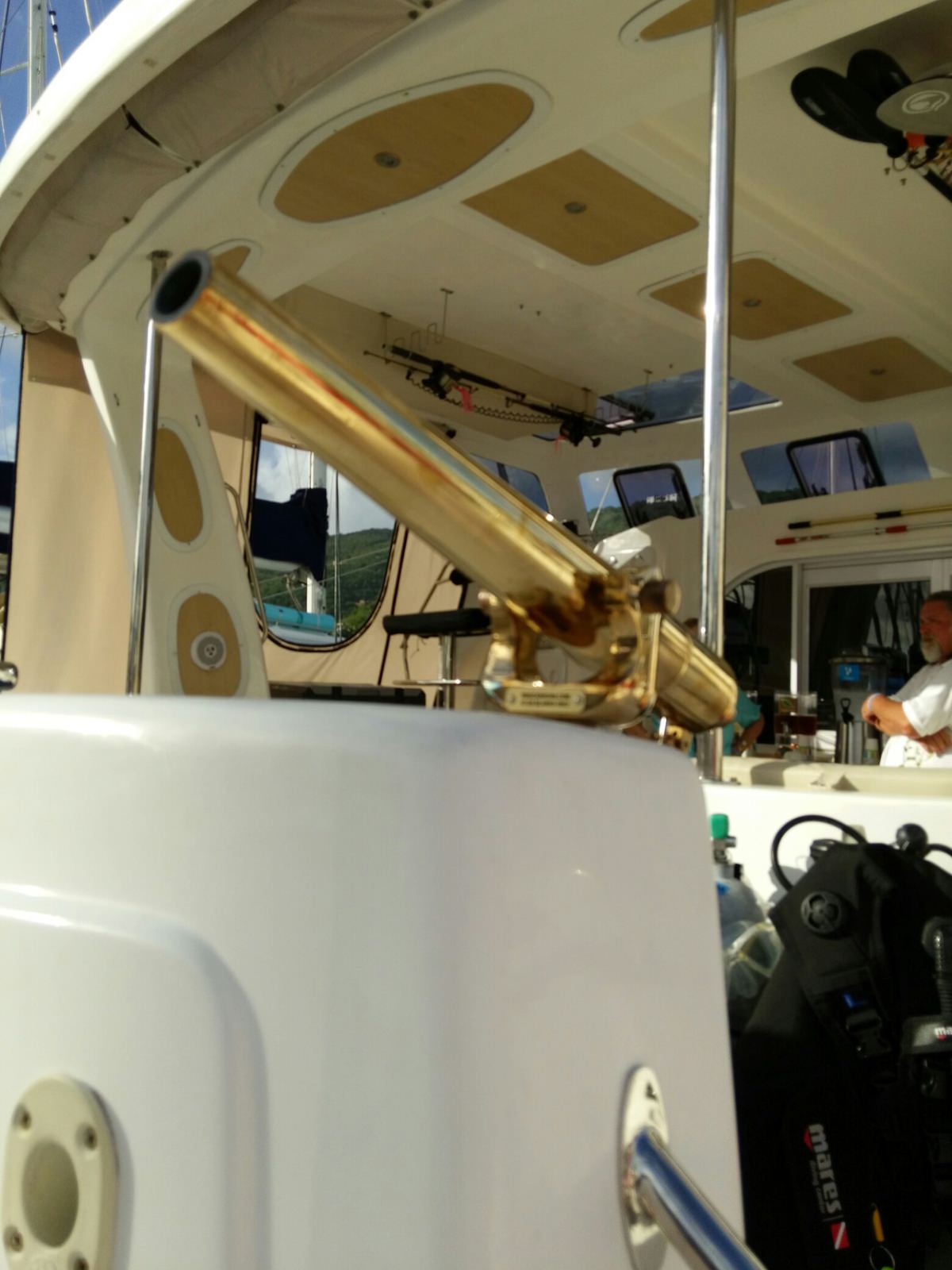 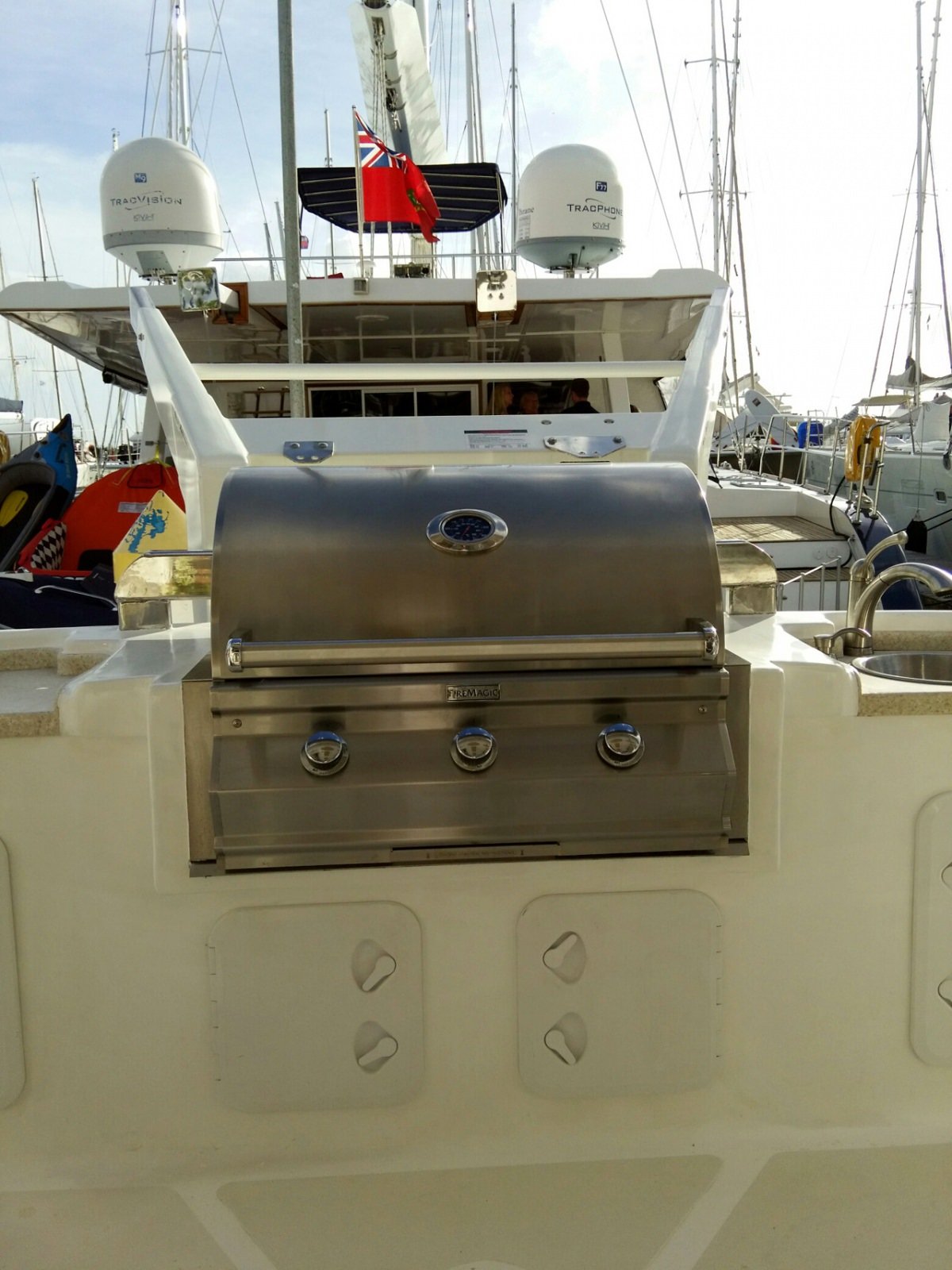 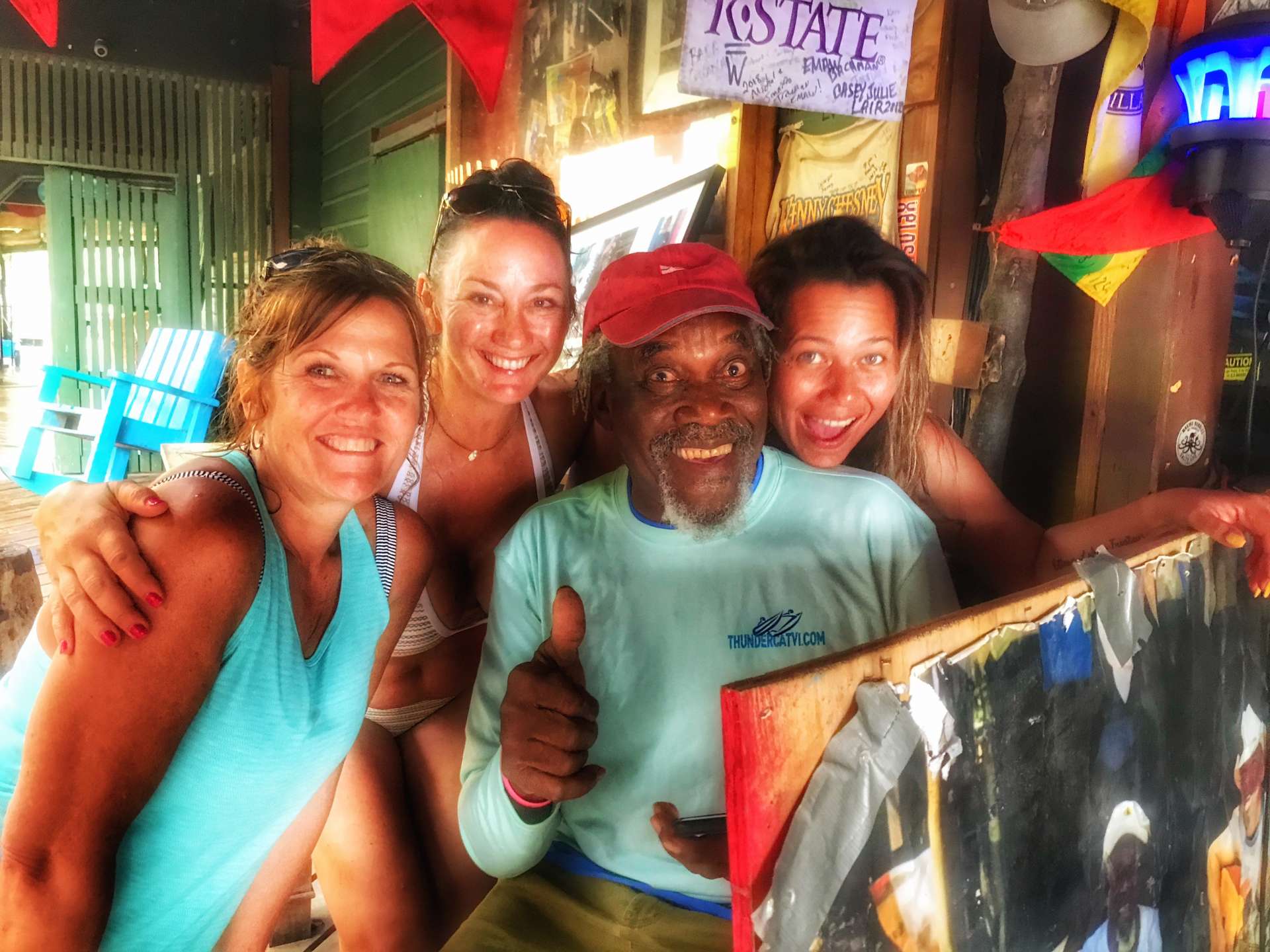 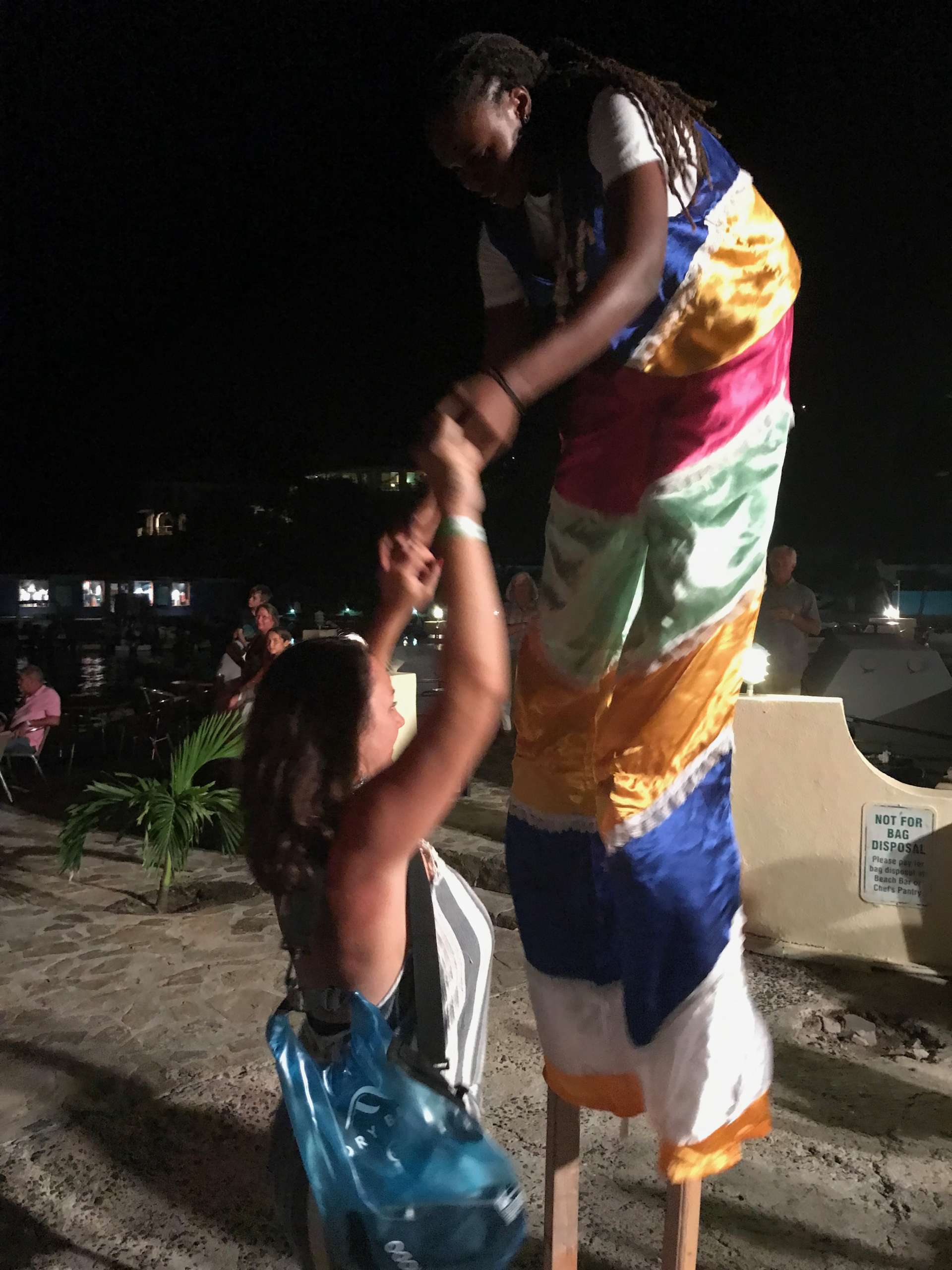 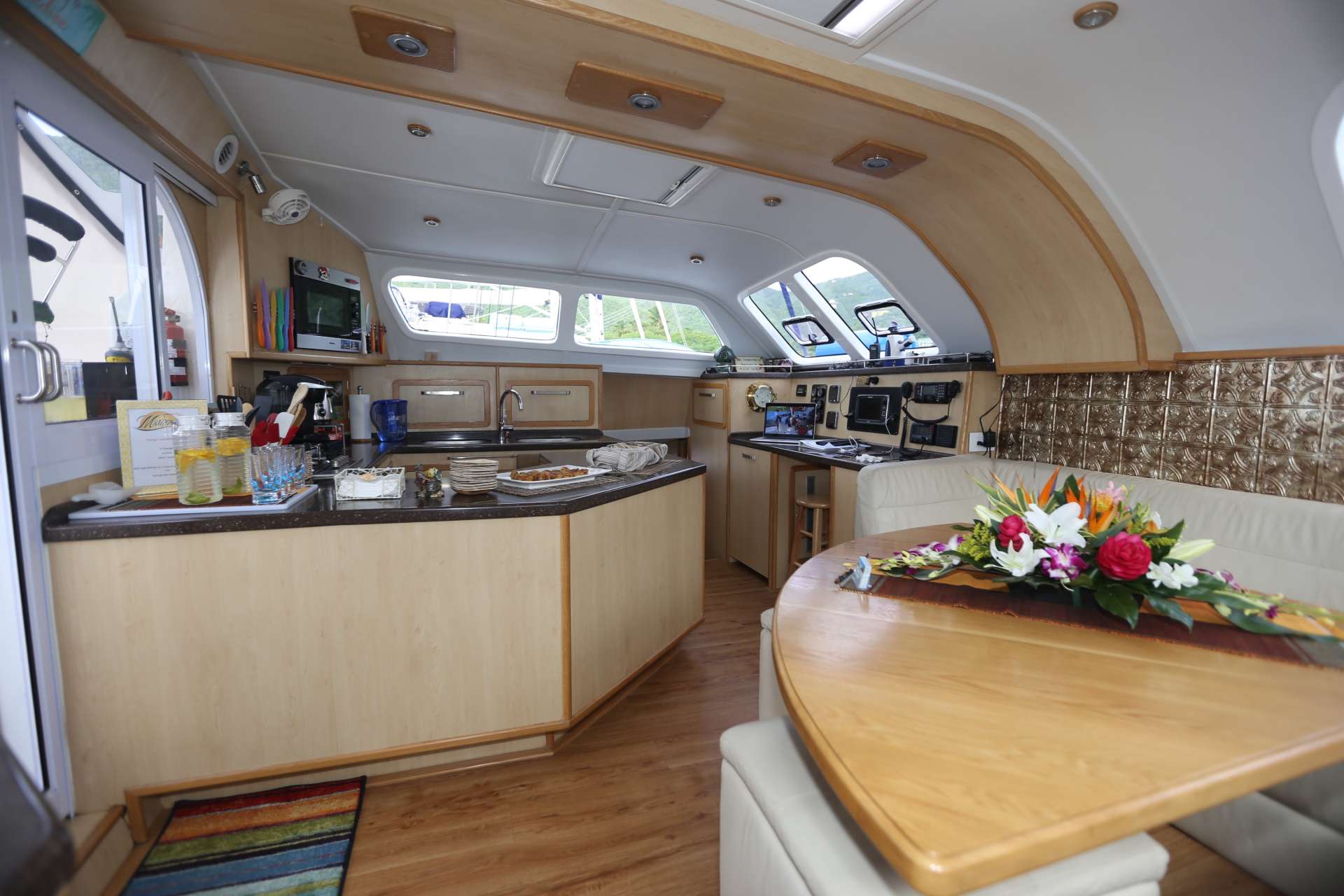 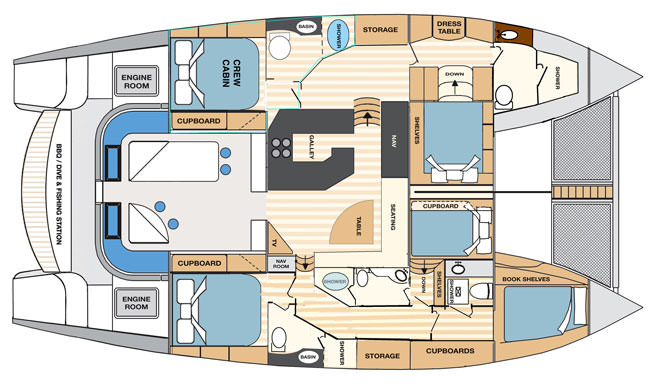 Other Entertainment: Crew members Certified as First Response Providers
New state of the art Phillips AED on board
Emergency Oxygen on board
USCG Emergency Frist Response Kit
Body Soap, Shampoo and Conditioner provide in each cabin
Premium Linens and towels
2000 watt Stereo sound system with 3 separate zones including the mast.
Full size BBQ Grill
Portable VHF radios for guest use when on shore to call for pickup
Dry Bags for going to shore
Plenty of on board Games and movies
Pirate Costumes are provided for Michael Beans Happy Arrrr… show. 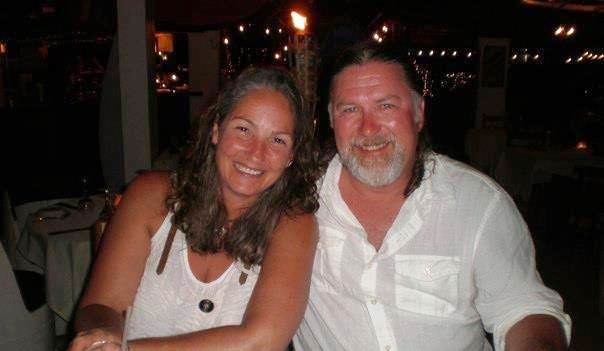 Captain Wayne and Chef Emily Keese are both originally from Texas. They met skydiving in the late 1990’s and have always led a very adventurous lifestyle together.

Wayne began his adventurous lifestyle at the age of 16 when he found the love of flying an airplane. He joined the Army at the age of 17 and became part of an airborne unit which sparked his desire to skydive professionally. He later pursued his instructor’s ratings and began Eagle Flight Skydiving in Granbury, Texas to share the sport with others.

Emily pursued a career as a pharmacist. As a way of giving back, Emily volunteers working with groups like Open Arms International in Eldoret, Kenya and Outreach organizations on the Amazon River assisting with the needed medical camps.

Wayne and Emily found a new love of scuba while honeymooning in Cozumel. They have both pursued their Padi Divemaster, Rescue Diver and Emergency First Response Trainer certifications. With several dive vacations, their love of the sea grew and they had a dream to purchase their own sailboat at some point.

In 2013, they commissioned Royal Cape Catamaran in Durban, South Africa to build S/V Manna, a true 53′ ocean going vessel. After sailing Manna across the Atlantic and the love for the islands in BVI it was decided to share the passion with others by chartering her in the BVI for a few years before continuing on with circumnavigating. In the last two years during the off season they have sailed over 20,000 nautical miles abroad delivering supplies for humanitarian efforts in areas like Haiti along with providing aid for full time missionaries in the field around the world. During these new adventures Wayne and Emily both have earned their USCG 100 ton Master Ratings with Sail Endorsements.

You will find the crew aboard S/V Manna to be awesome and extremely unique. Whether you’re looking for a slow relaxing vacation or a fast paced adventure the crew onboard Manna has the knowledge and skills to deliver. You and your guest are truly in for the vacation of a lifetime.