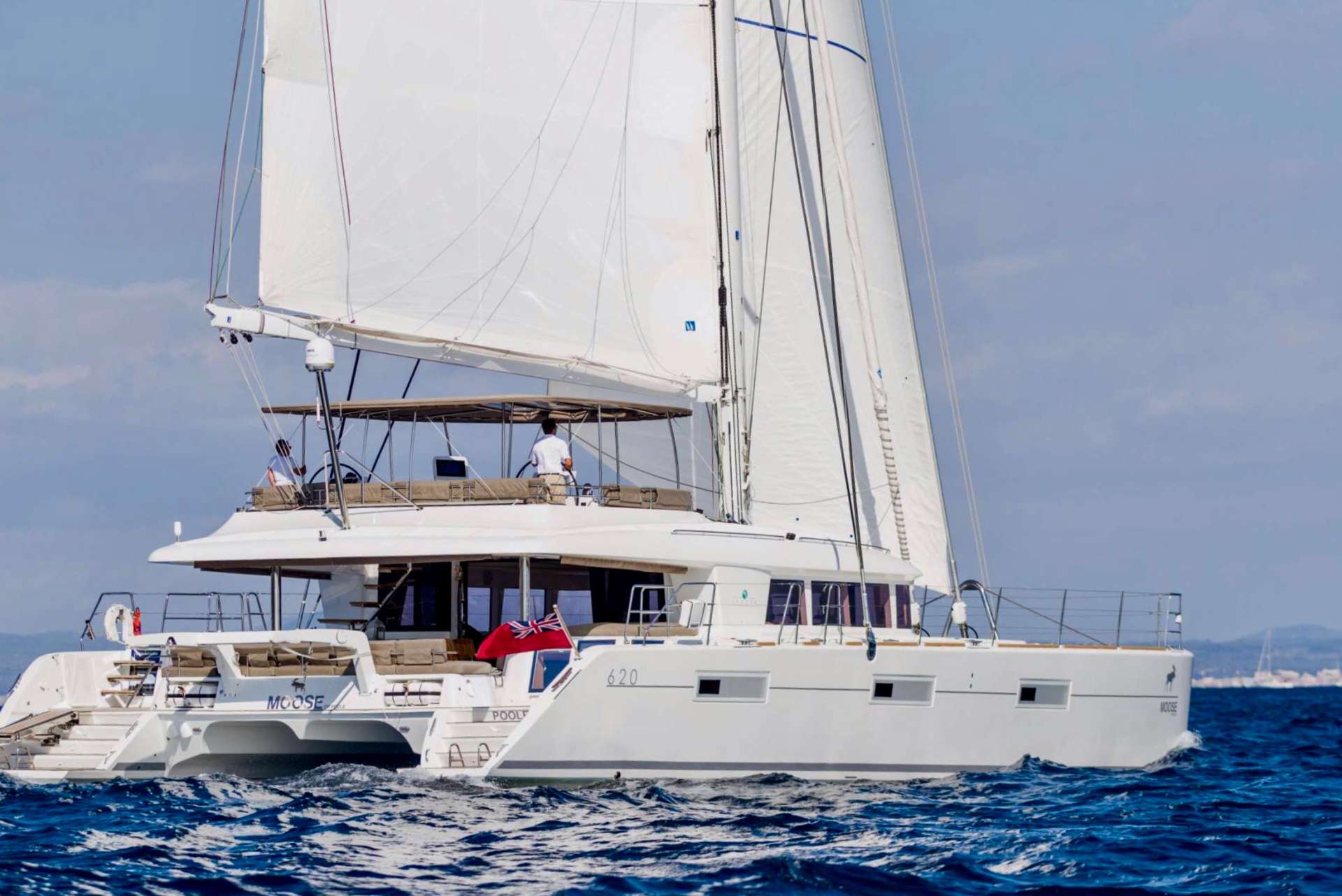 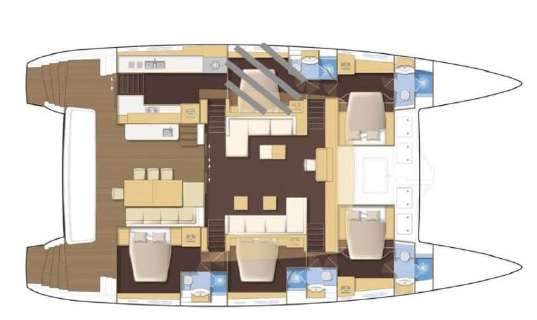 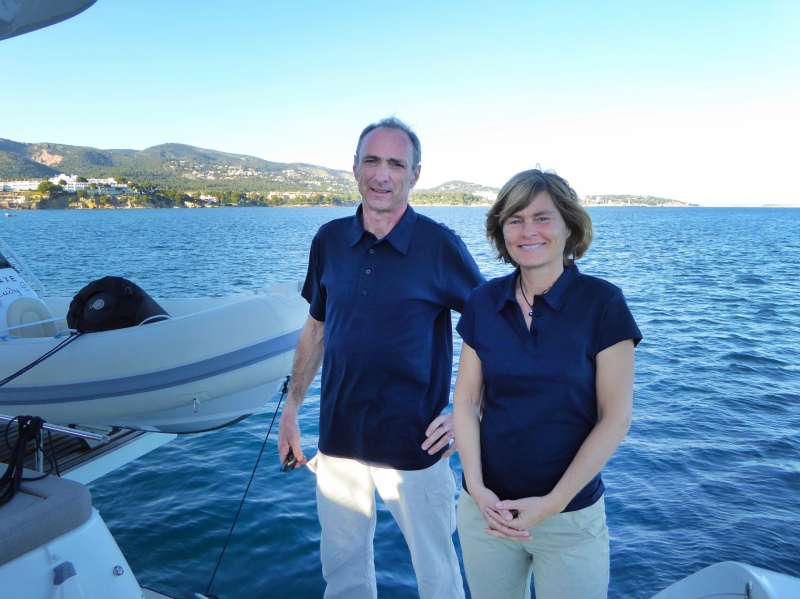 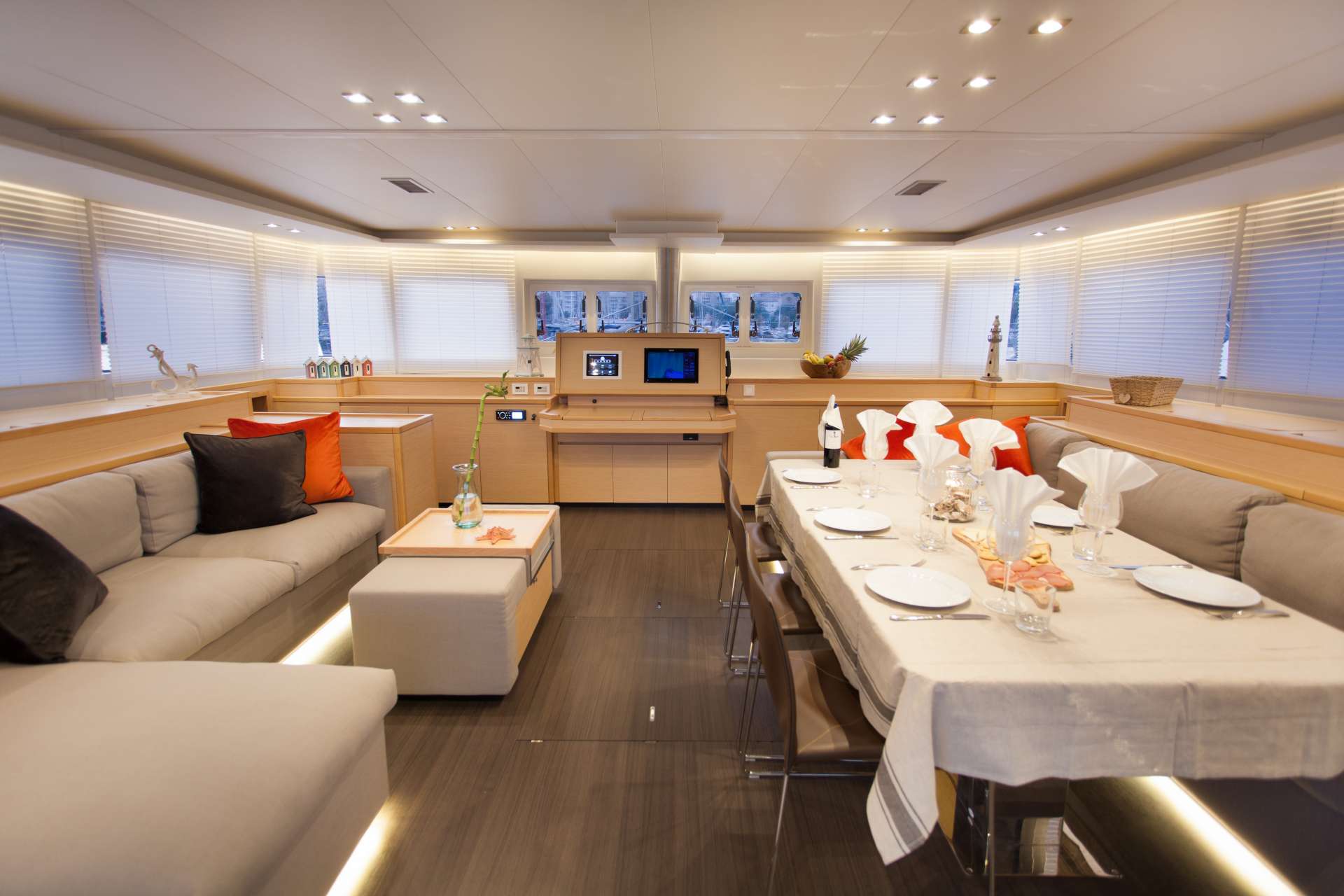 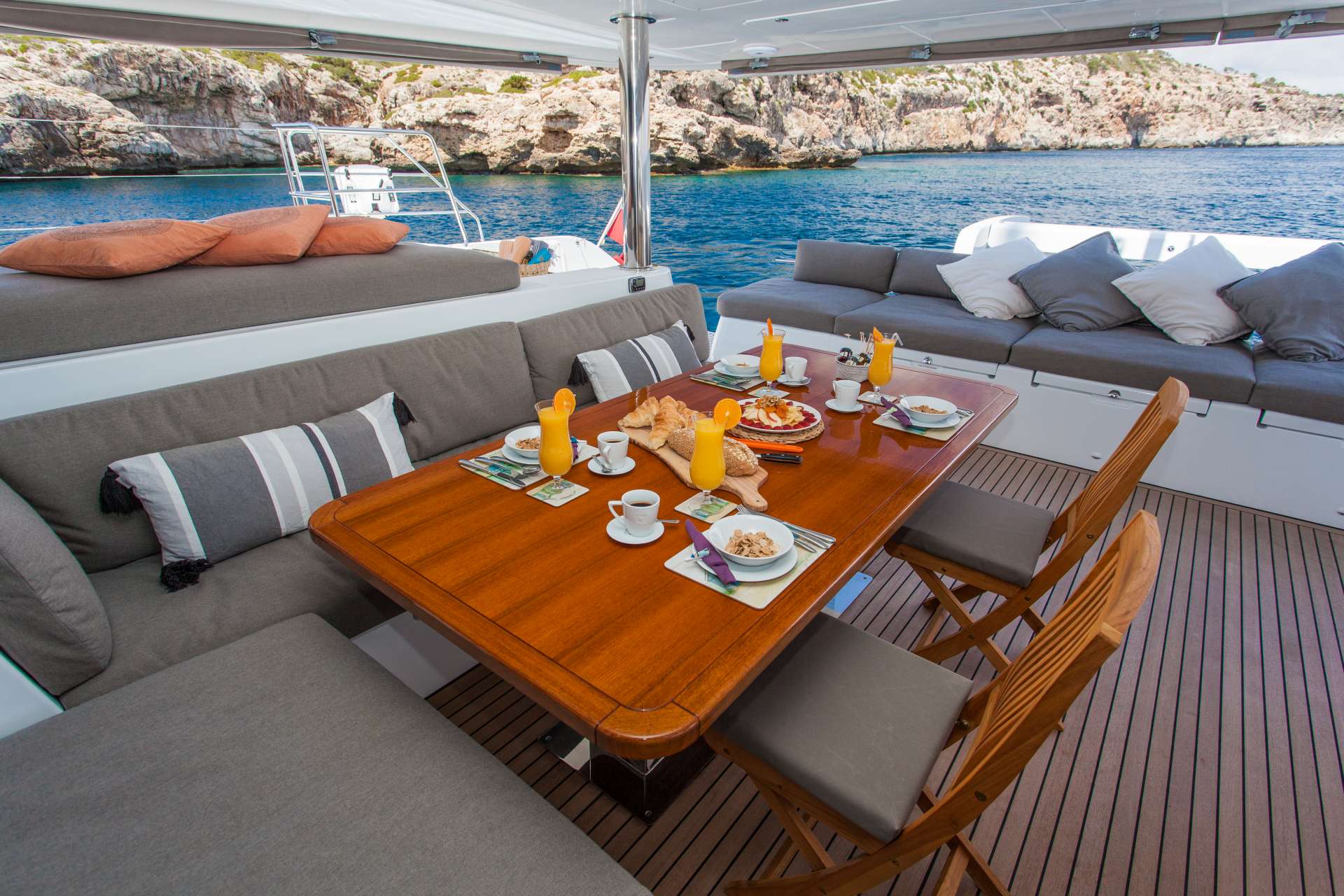 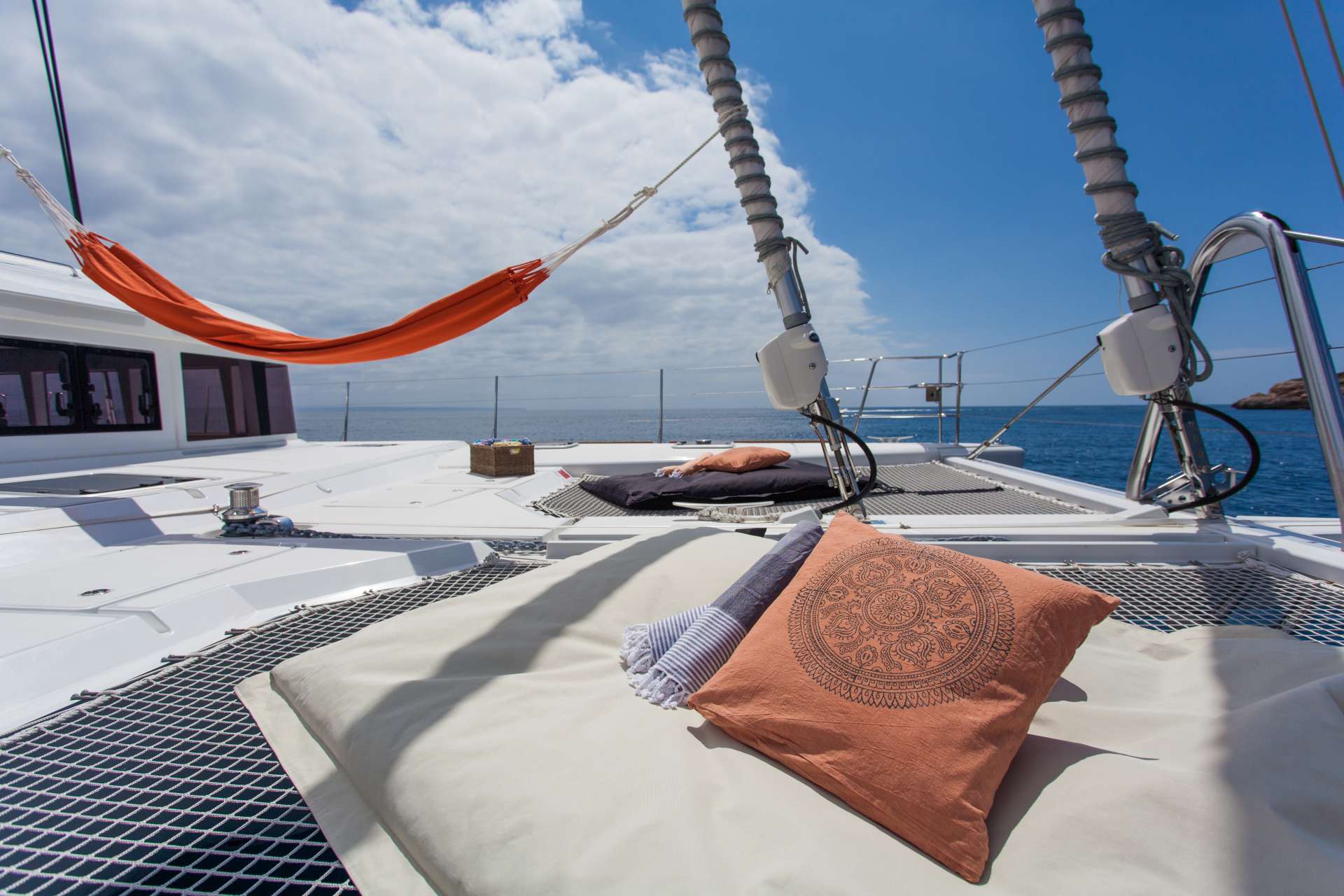 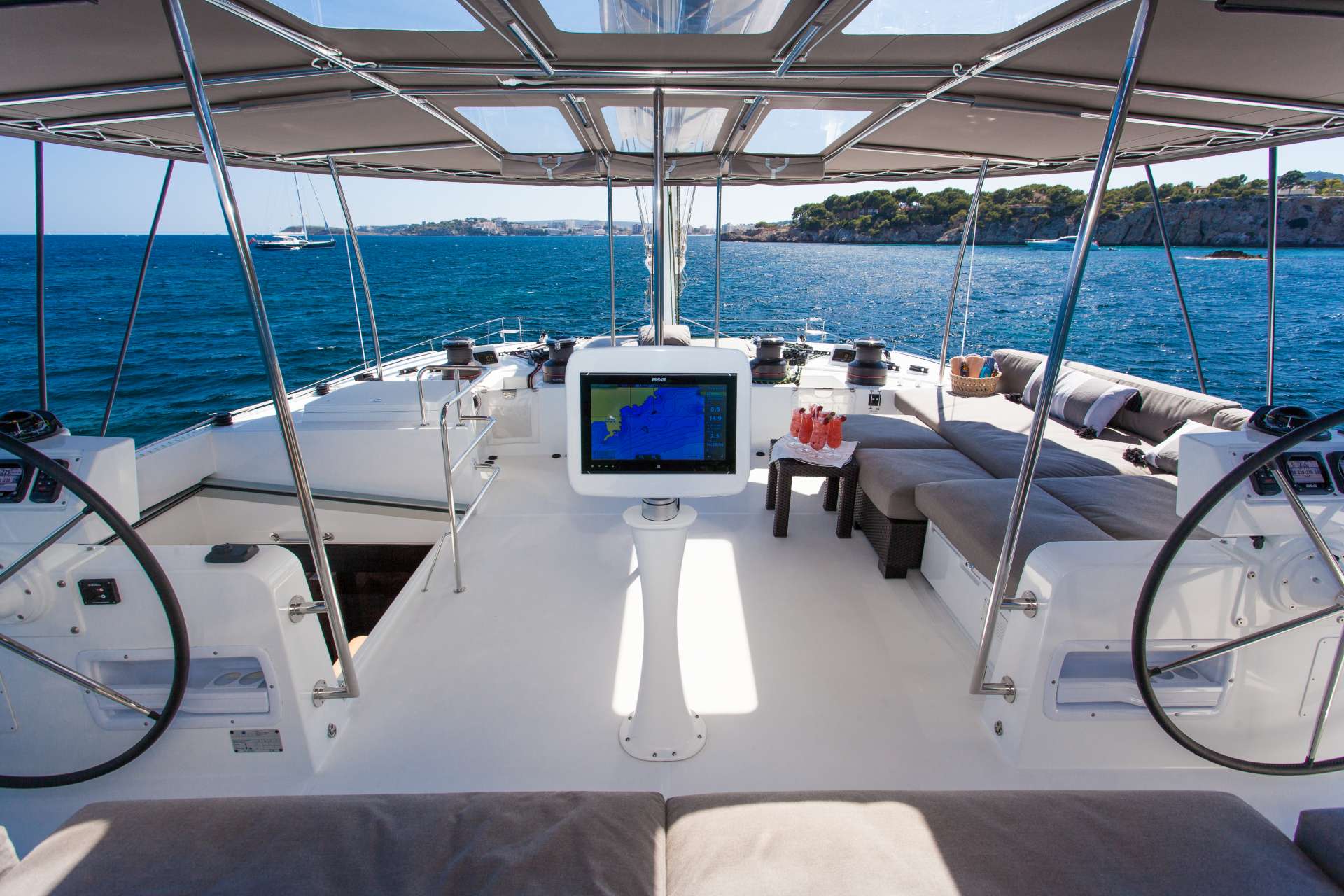 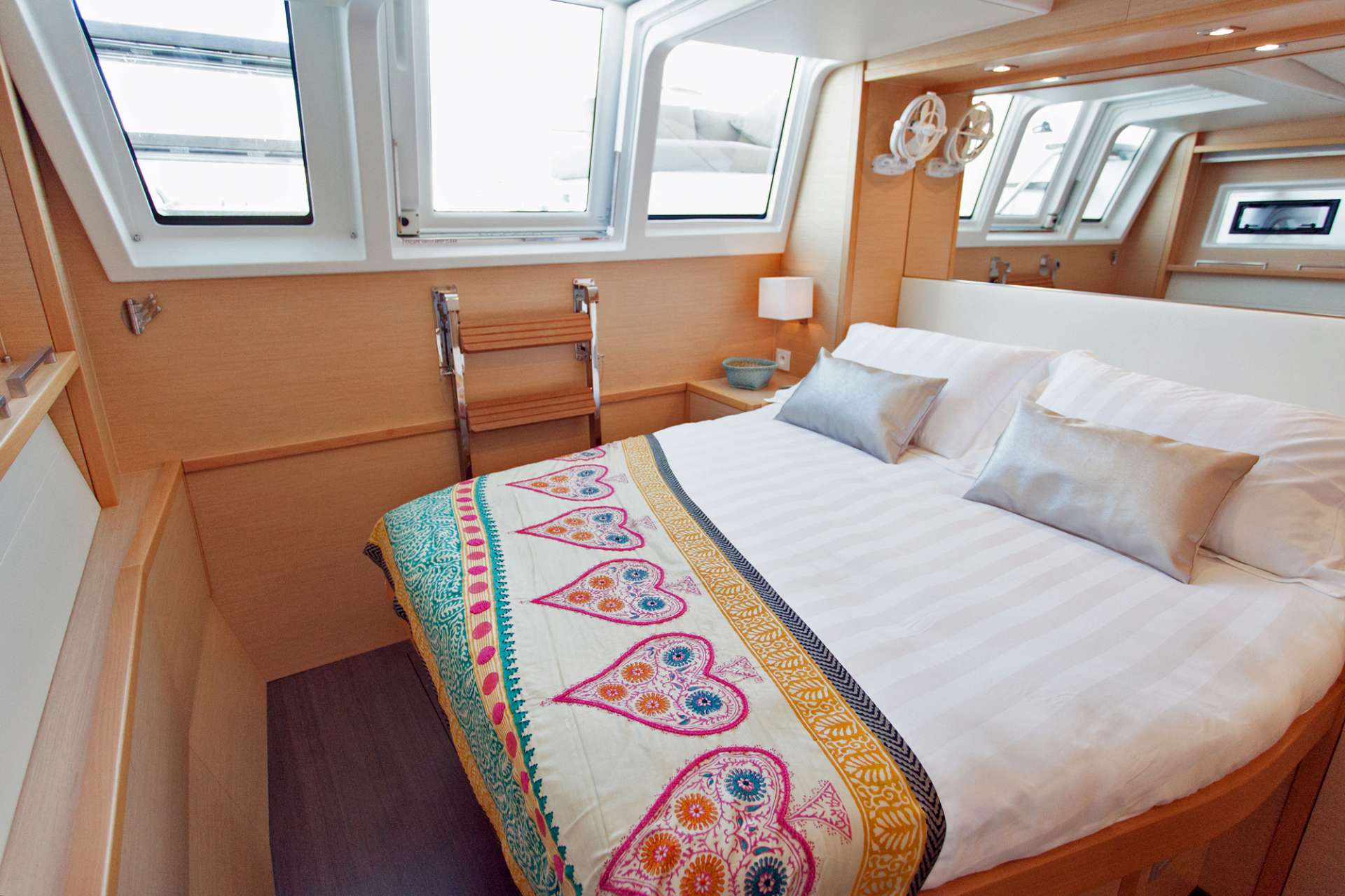 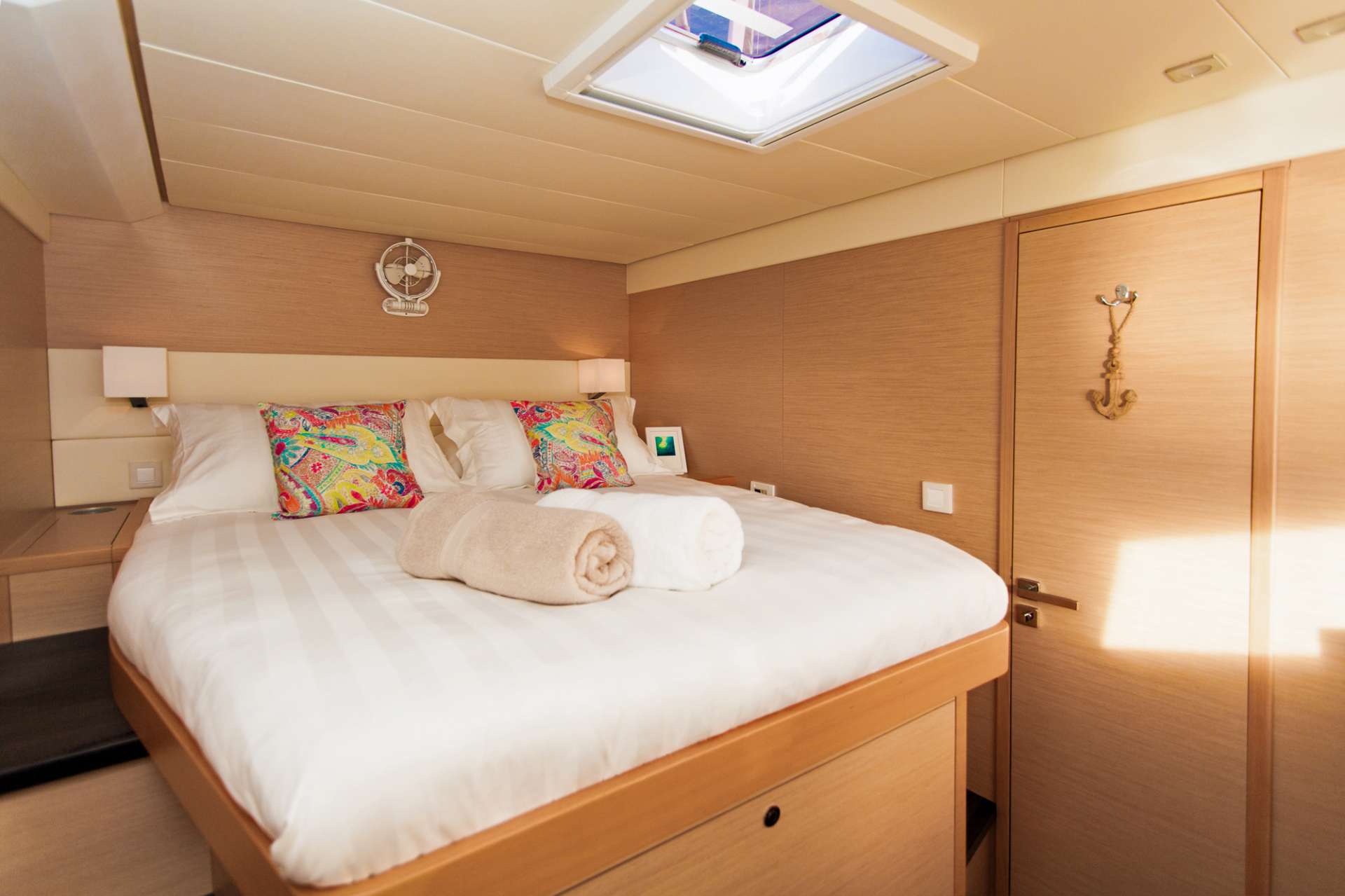 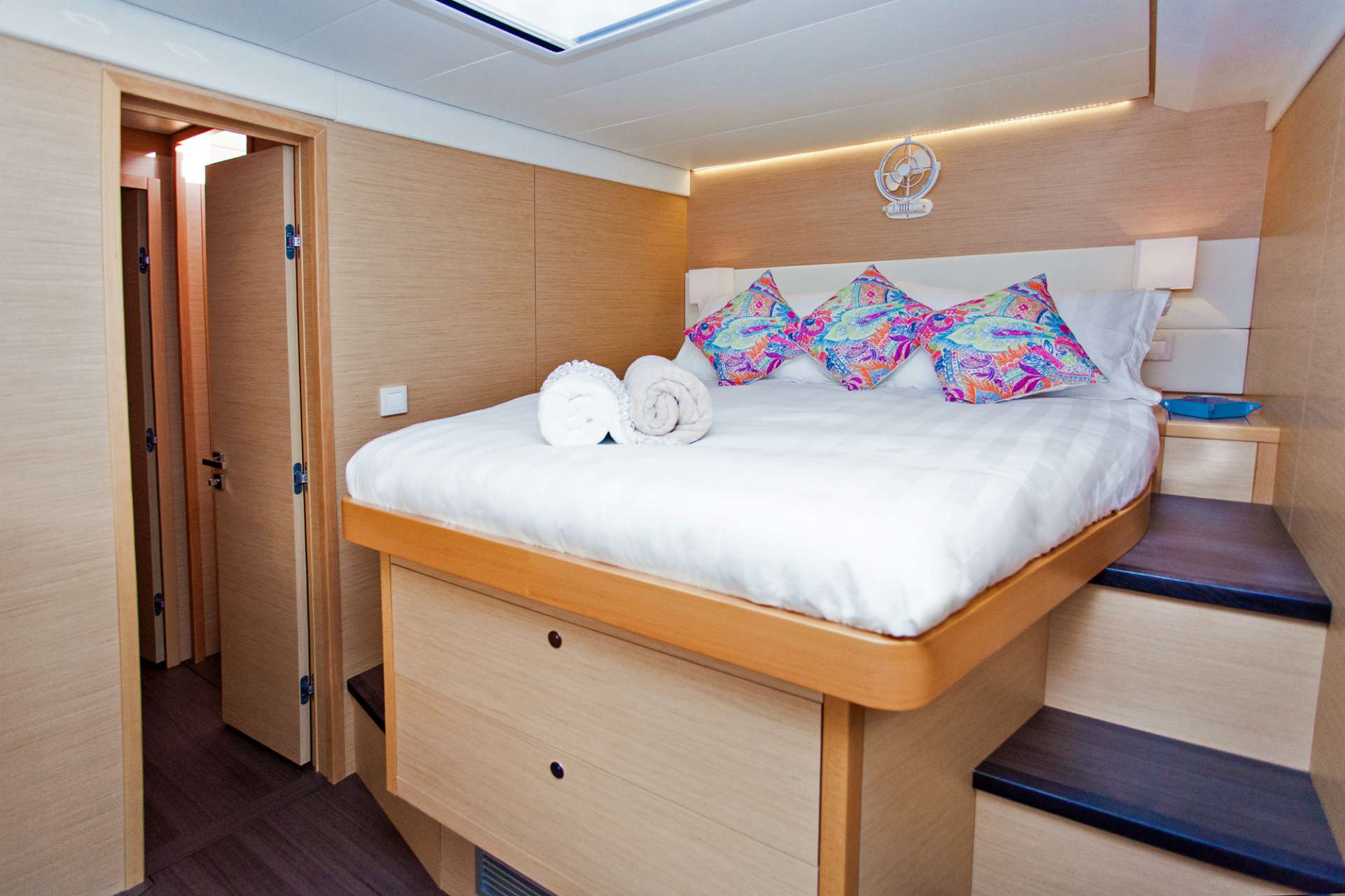 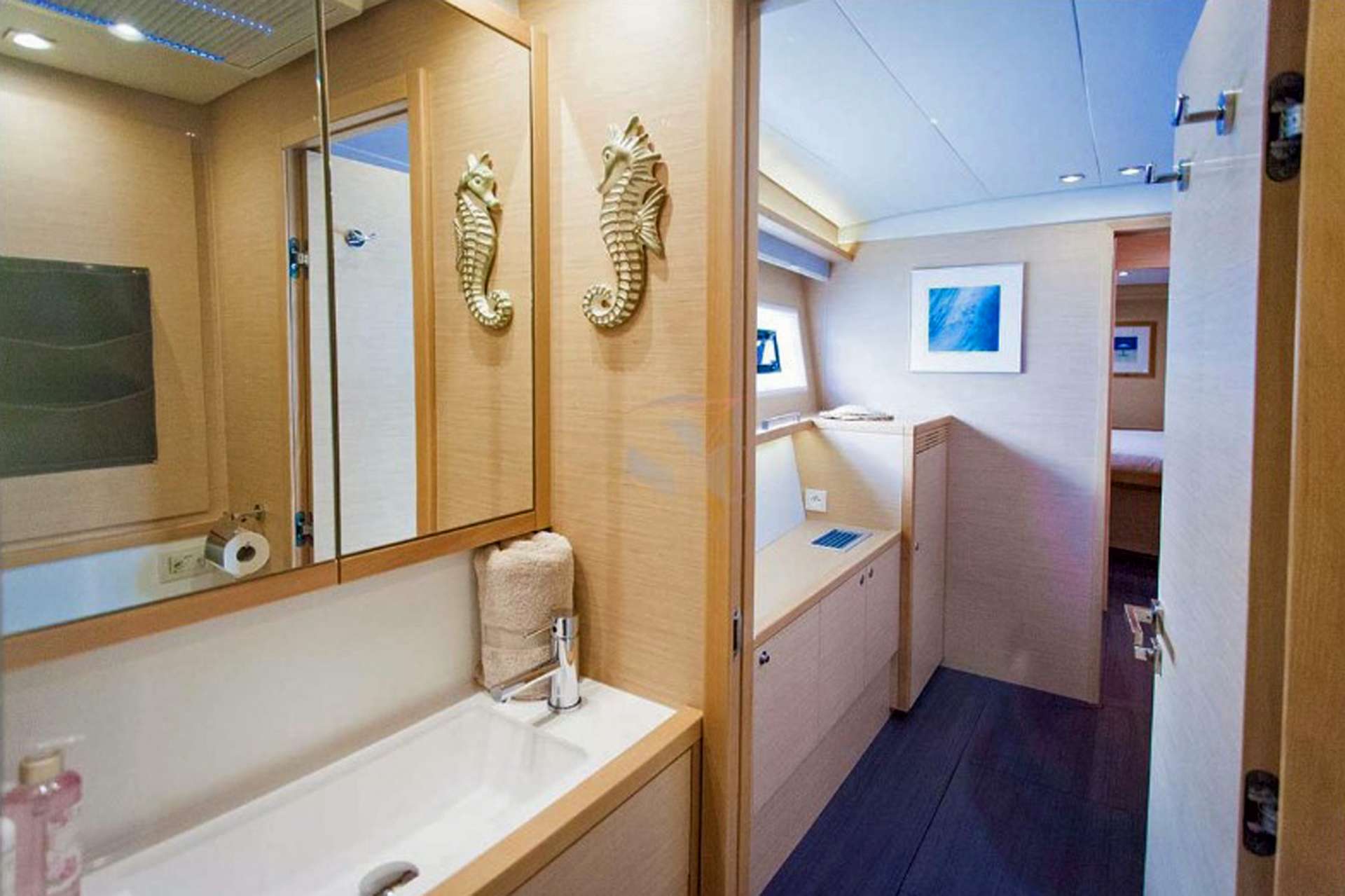 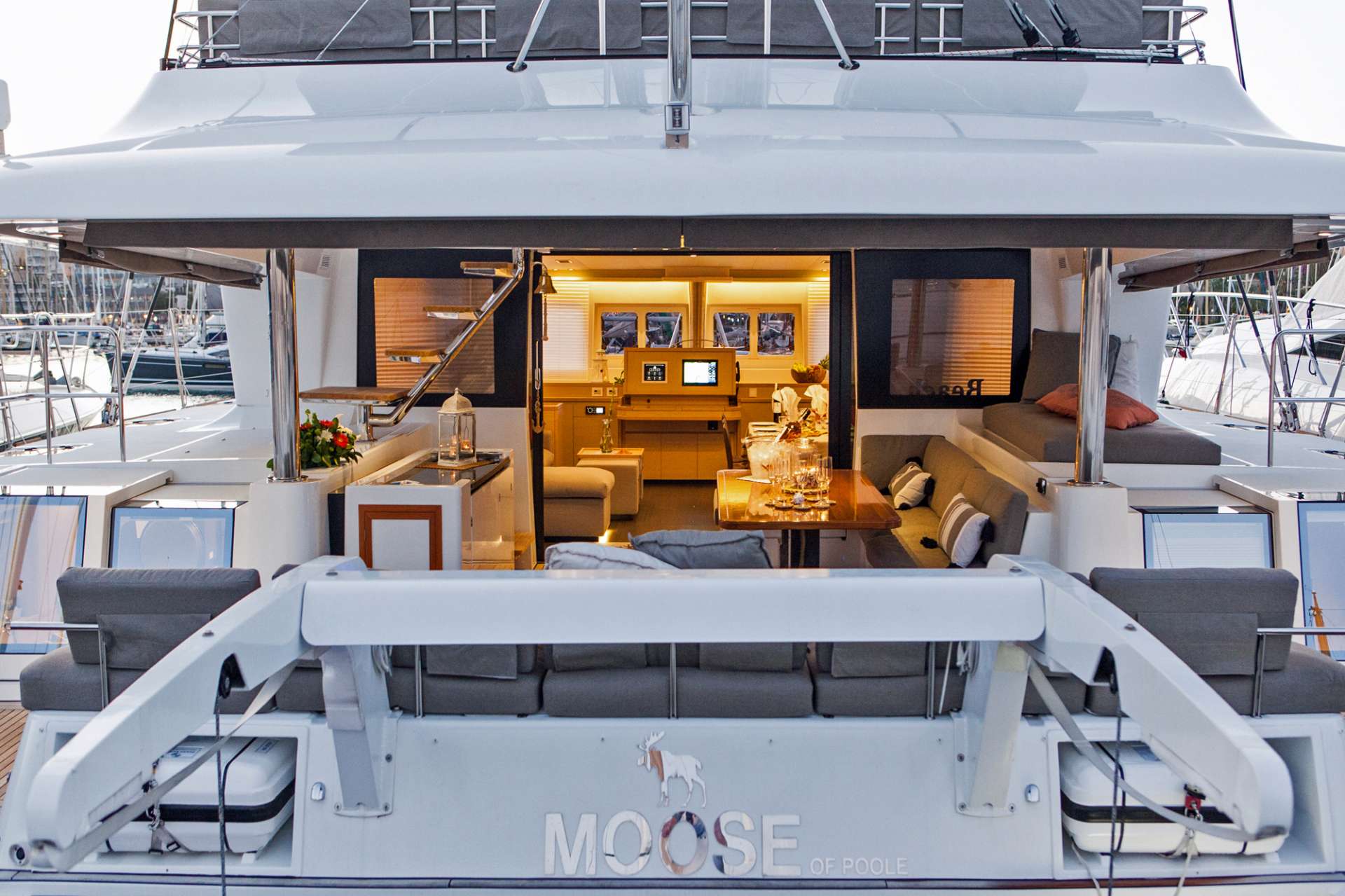 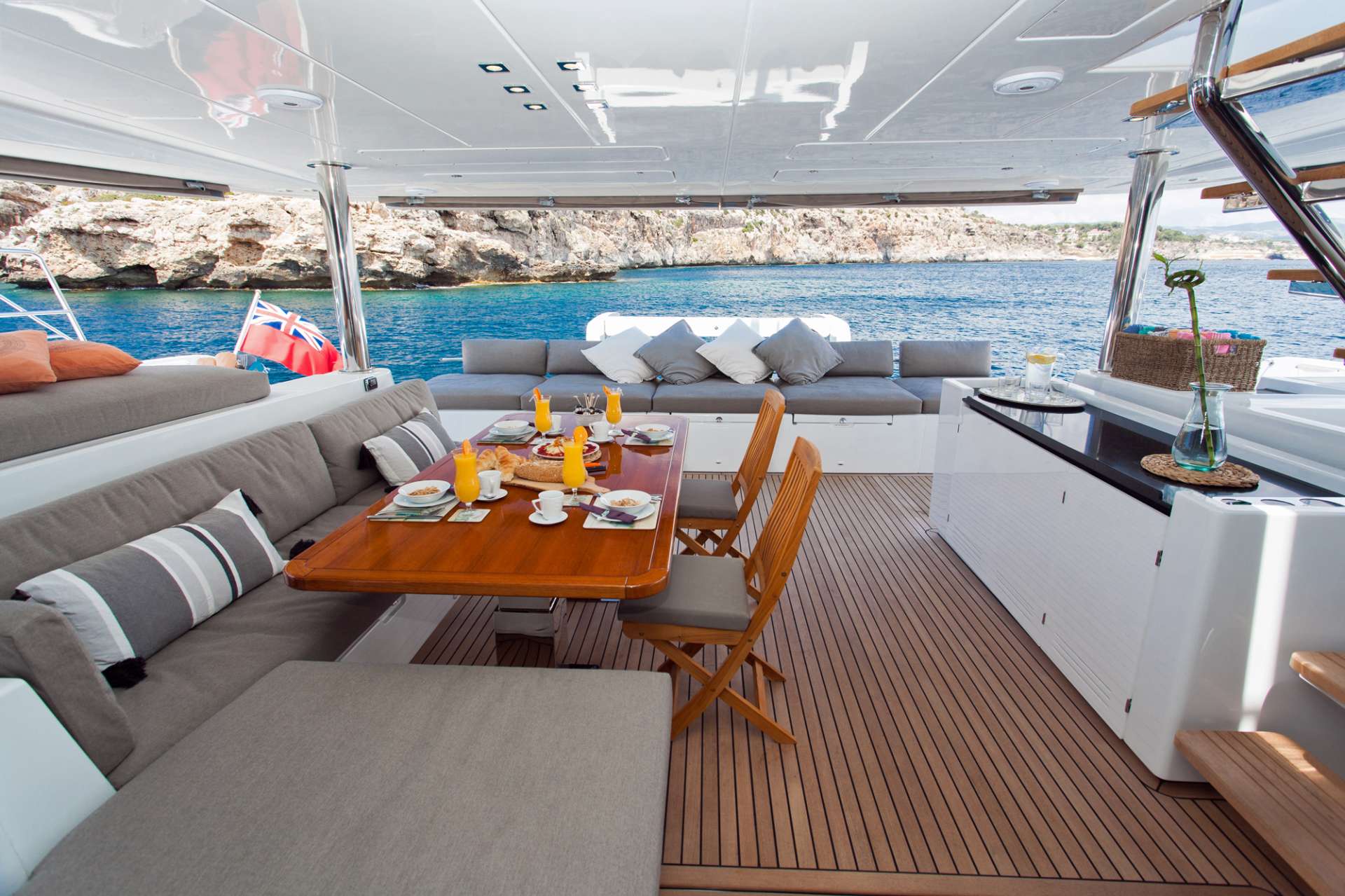 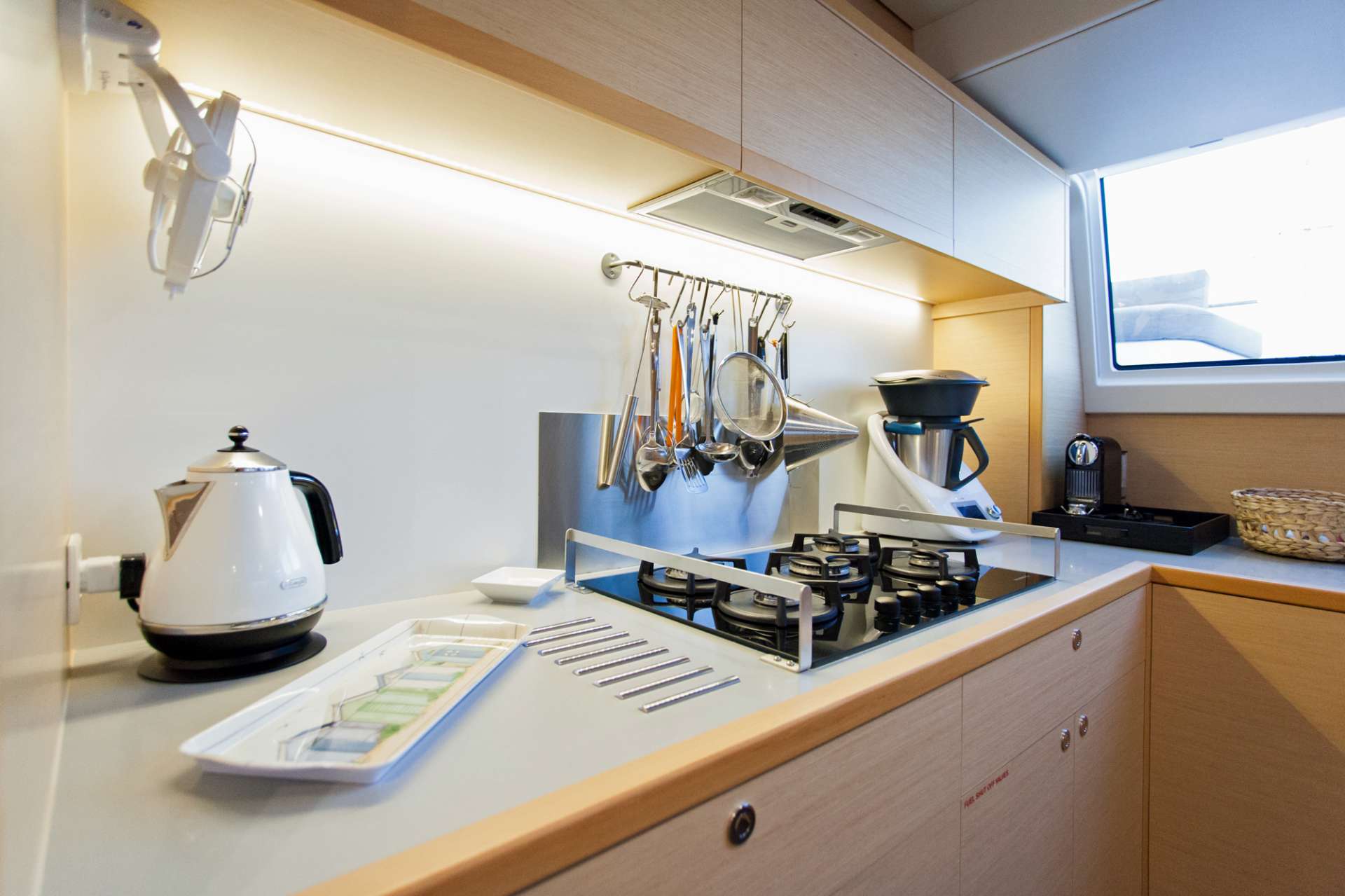 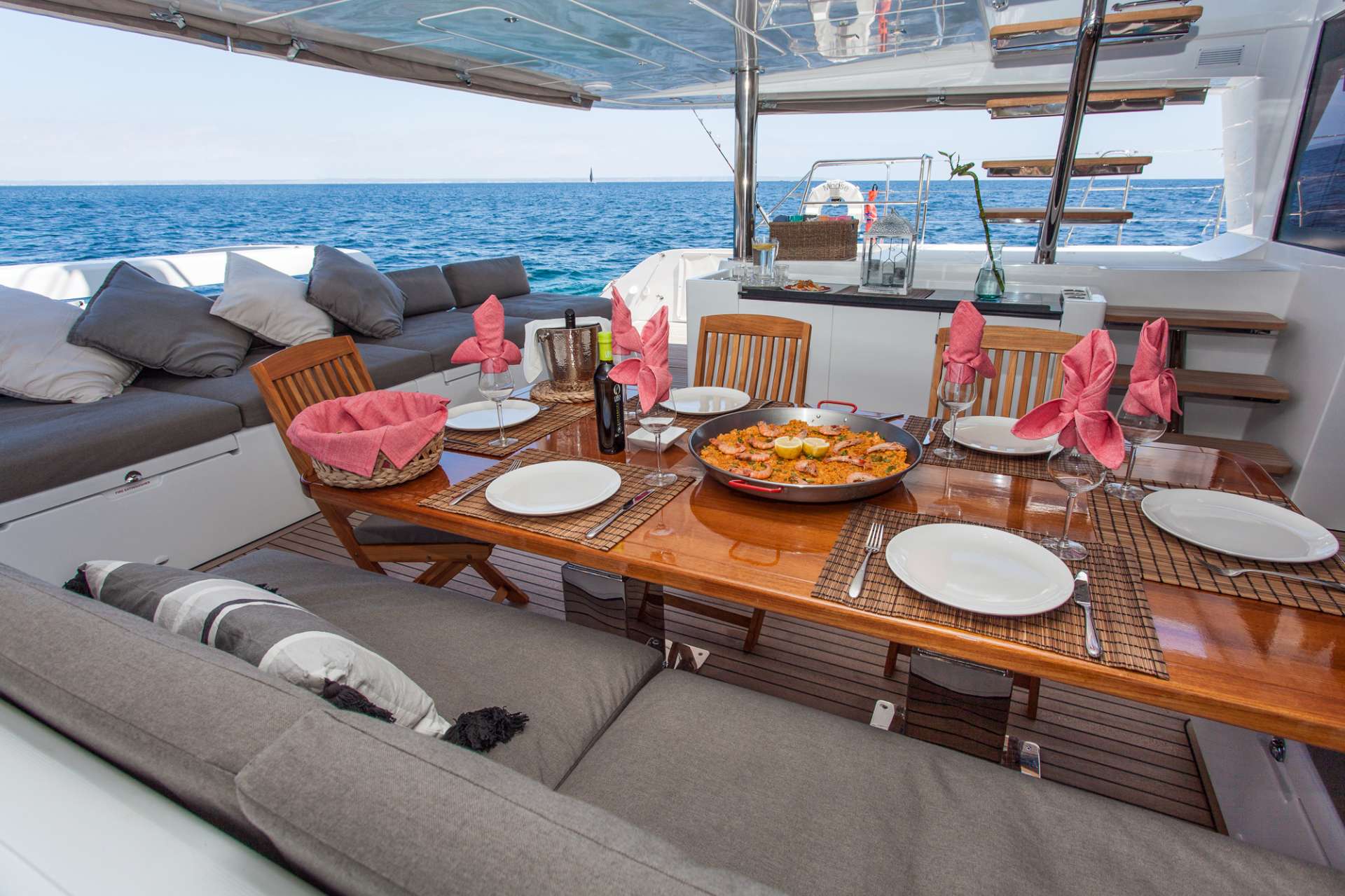 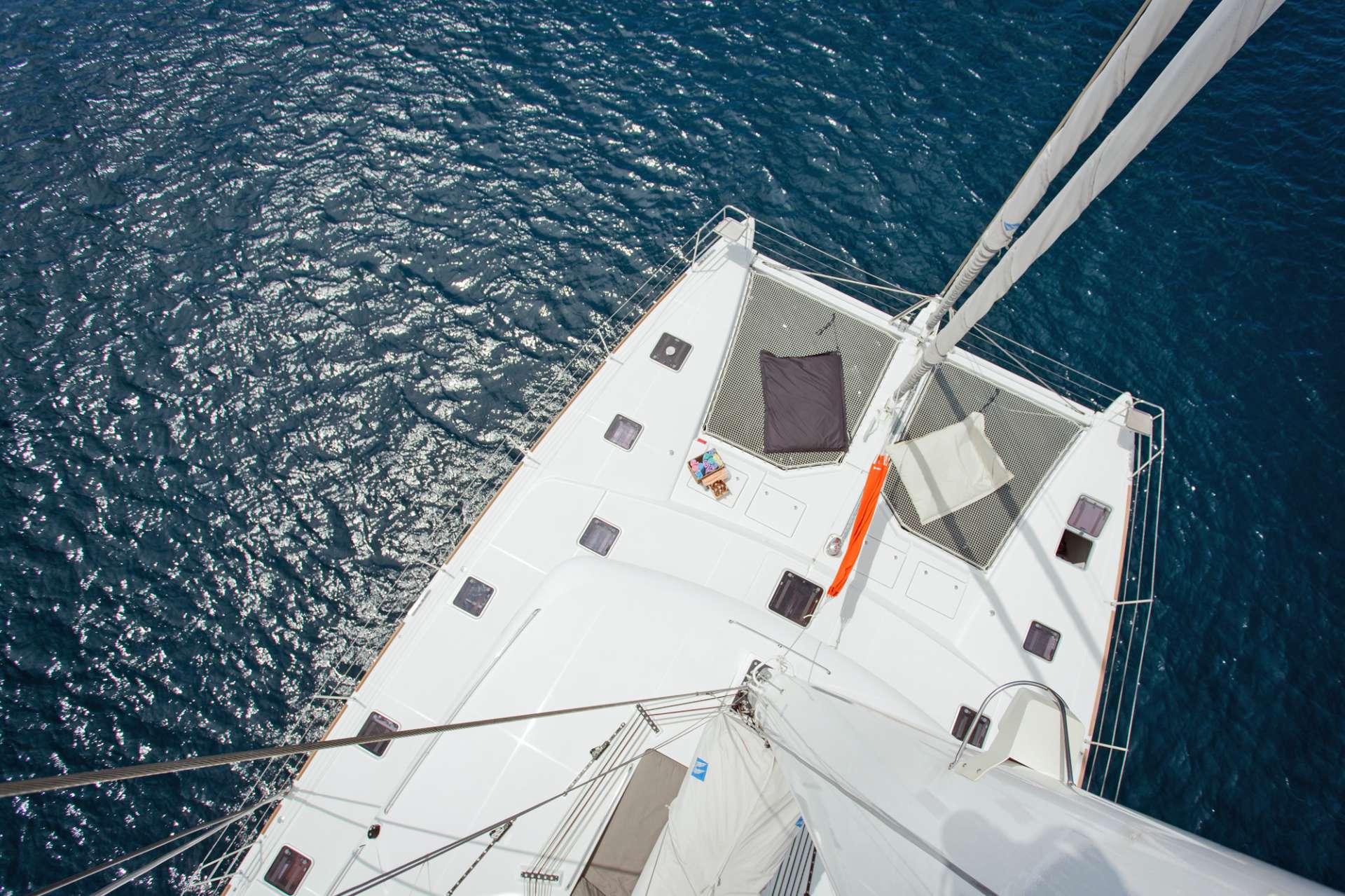 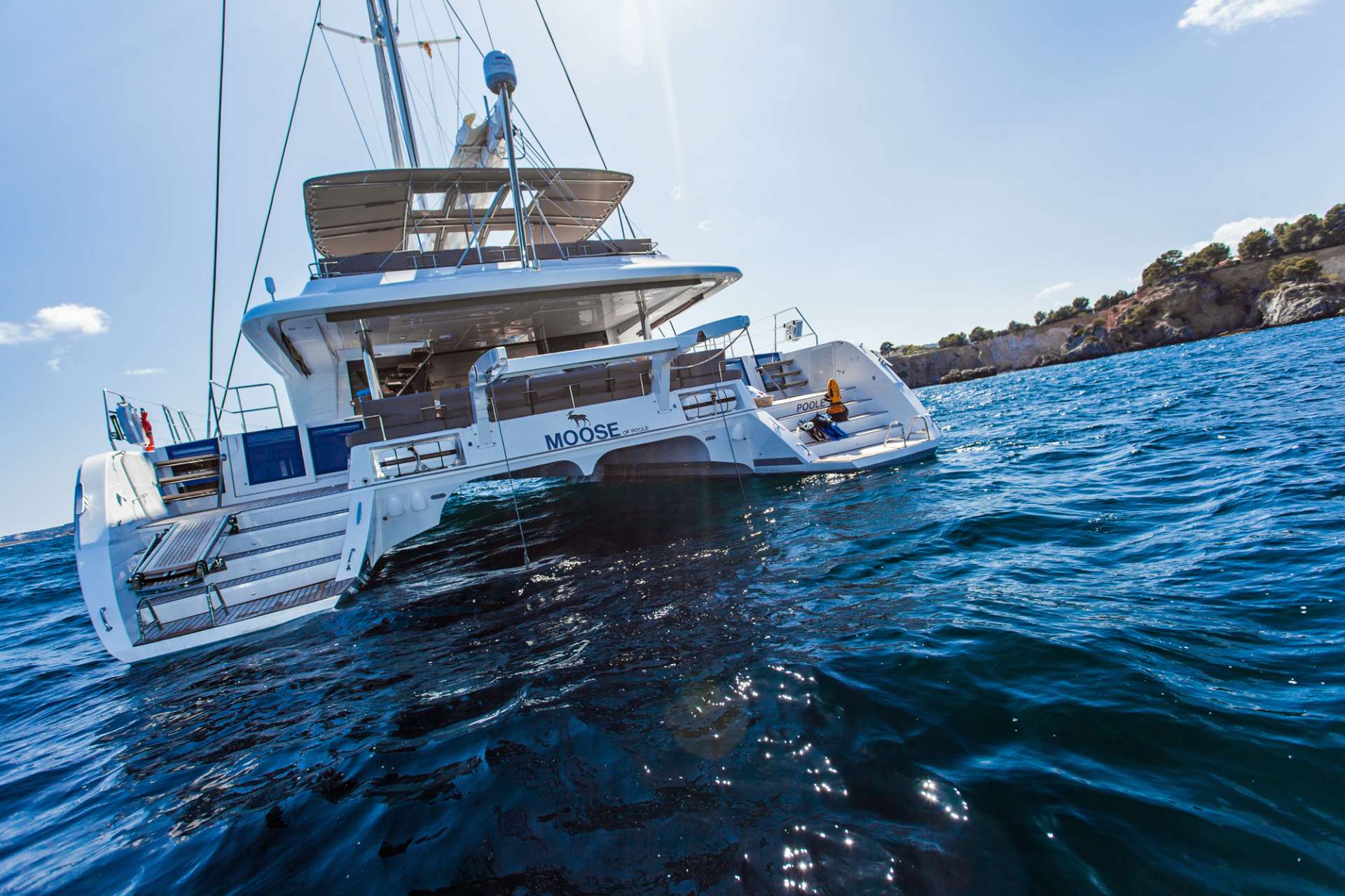 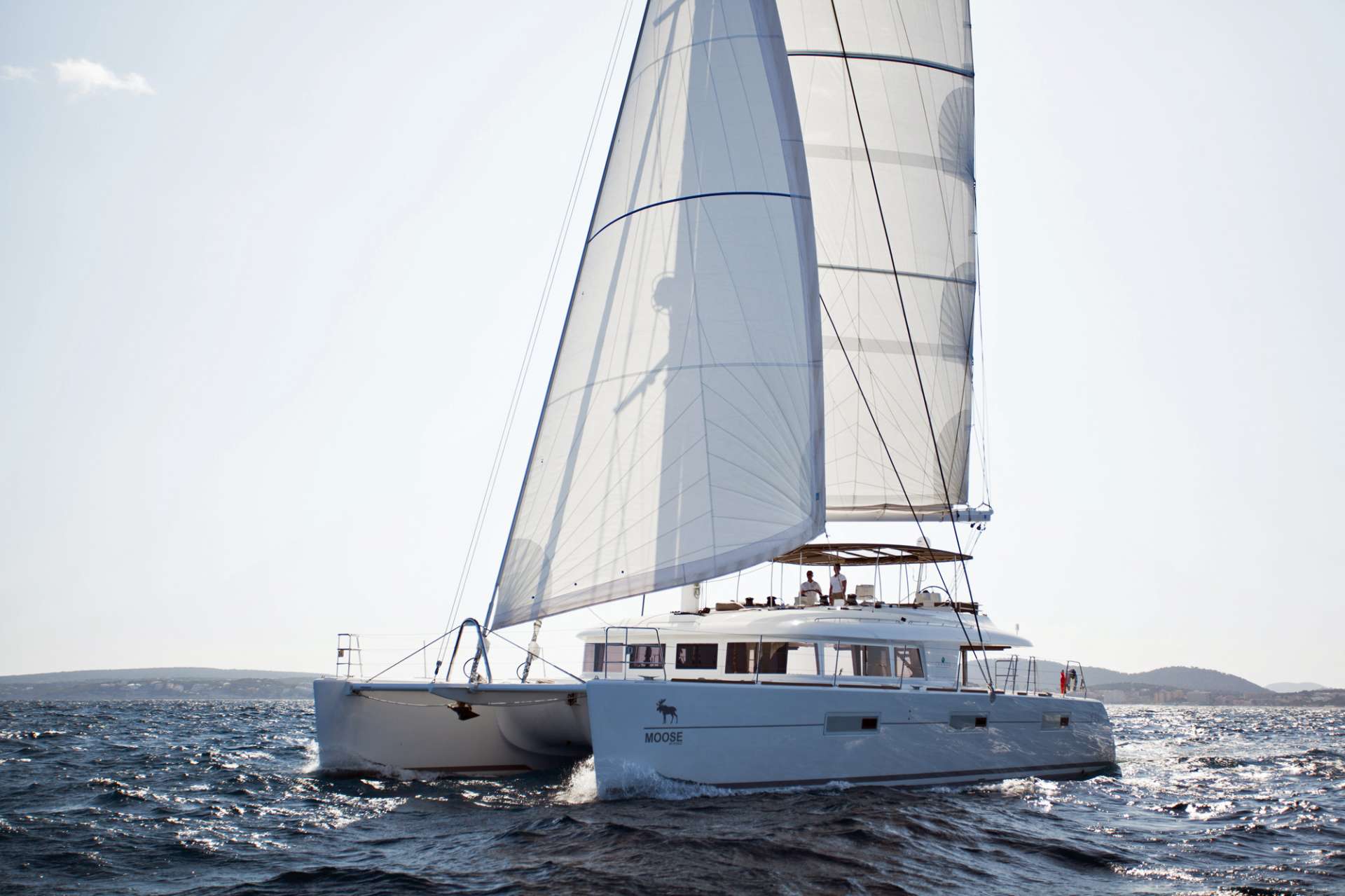 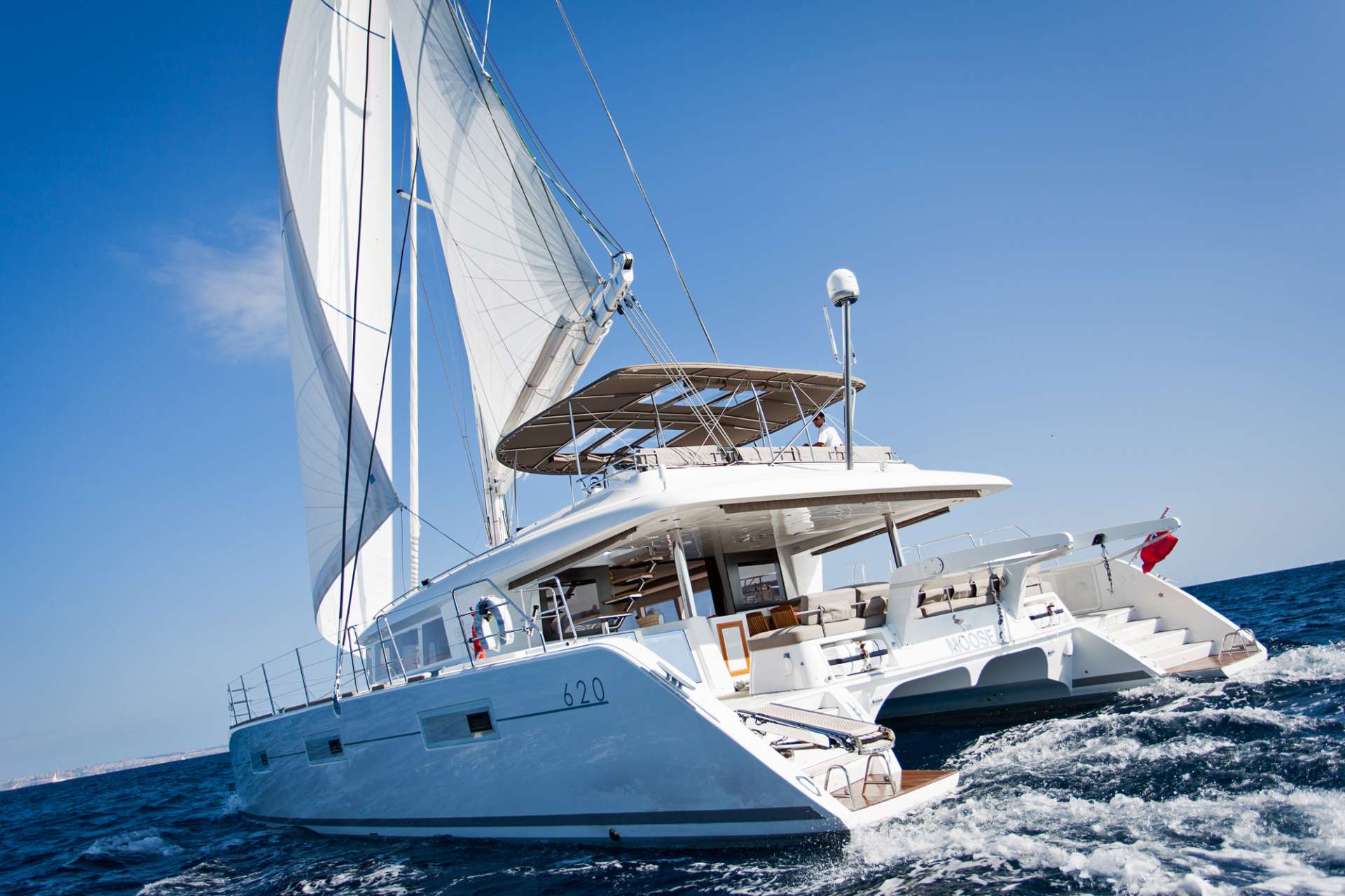 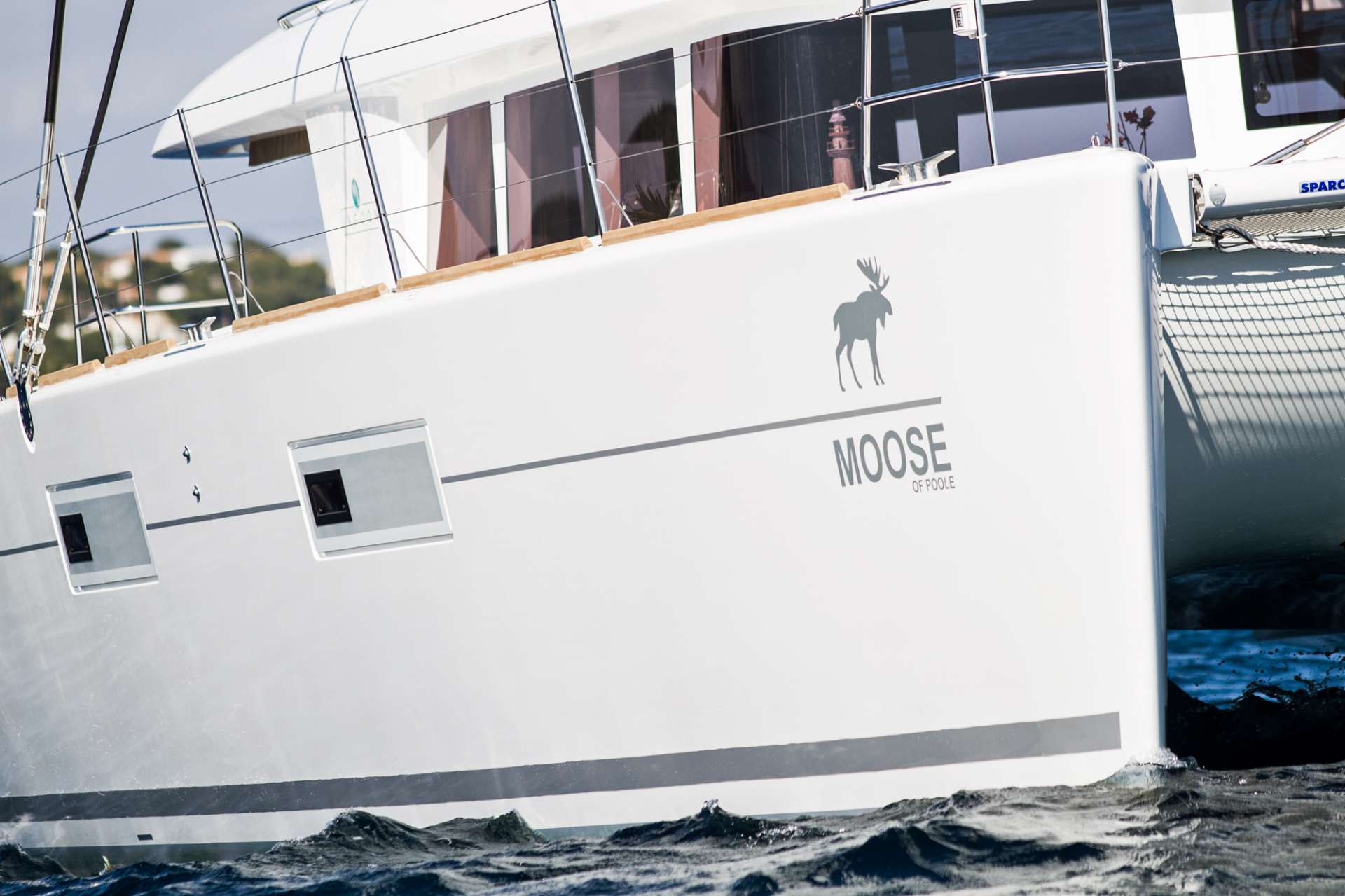 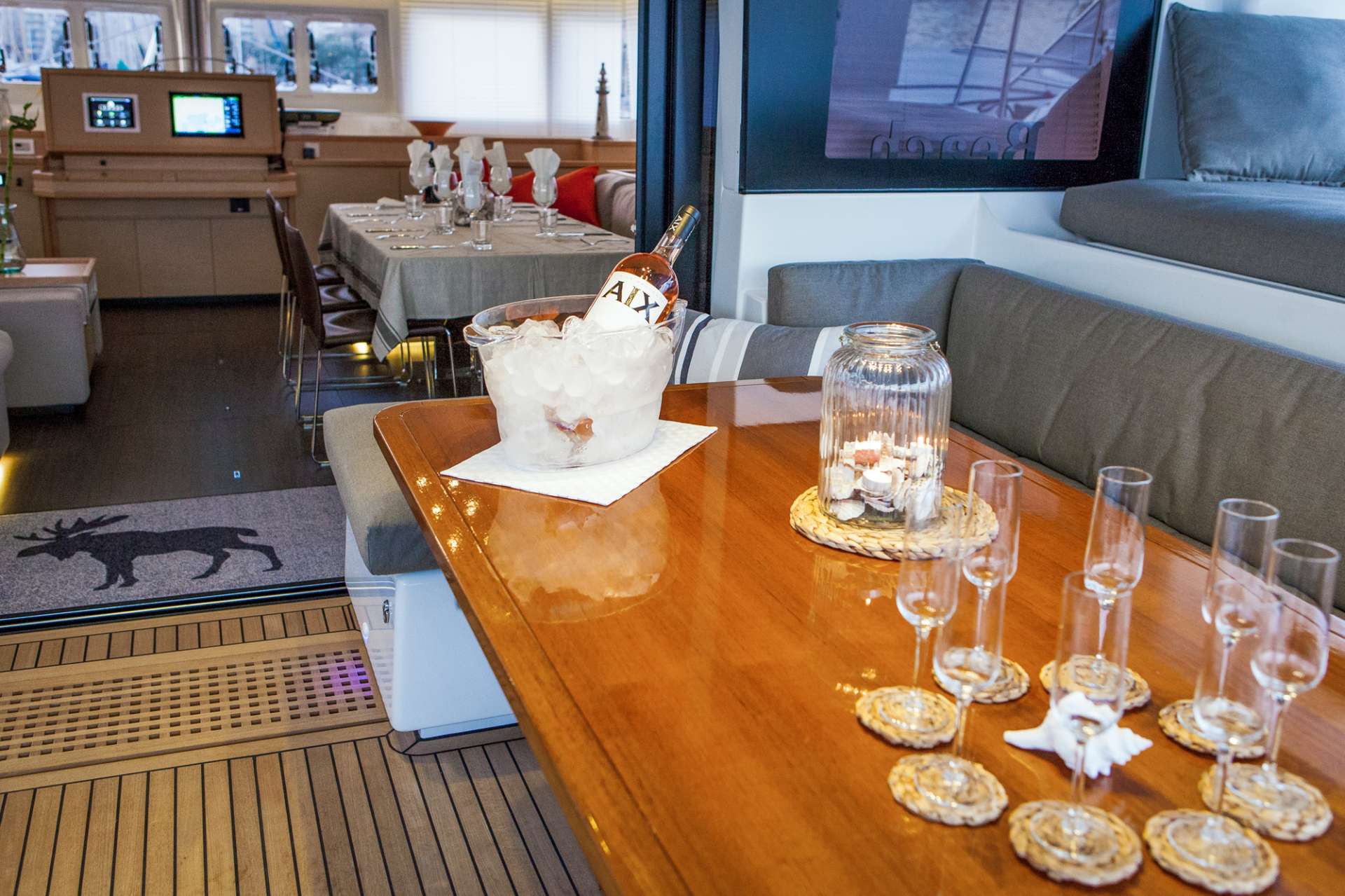 Other Entertainment: Hairdryers in each cabin
Note guests should check any electrical items such as ipads, cell phones etc can be used with 240v (most are these days), as no 110v current on board.

Captain Laurent has been sailing the world’s oceans for more than 30 years. He has logged some 150,000 miles, sailing new and older sailing and motor yachts, wooden, aluminium and composite monohulls and catamarans up to 70 feet. He has navigated the English Channel, Atlantic, Pacific and Indian Oceans, Red Sea, and the east and west Mediterranean Sea. Having always been passionate about the ocean, as a youth Laurent was initially devoted to surfing and water sports. After traveling on his first sailboat, he became committed to a maritime career. He received an excellent maritime education in France, and achieved his Captain 200 sailing and Captain 500 UMS certificates.

Laurent launched his professional career in 1983 doing cruises, regattas, yachts deliveries and winter training off the coast of southern Brittany. He has worked as a professional charter captain since 2001, when he began skippering charters for Sunsail. He has crossed the Atlantic many times, both as a professional skipper for the ARC (Atlantic Rally for Cruisers) and for internationals deliveries. He has done deliveries to Germany, Britain, Belgium, Holland, Seychelles,Turkey, Greece, Croatia, Tahiti, and the Caribbean, plus inland waters deliveries on the Seine and Rhine rivers. In total to date, Laurent has crossed the Pacific twice and the Atlantic 14 times, east to west and west to east.

Friends and colleagues really enjoy working with Captain Laurent. They describe him as extremely friendly, forward thinking, genuine, and a great organizer. Guests love him, which has resulted in an impressive list of repeat charterers. They know that aboard MOOSE OF POOLE, they could not be in more cordial, qualified, and capable hands.

Annick is a French national, raised in the countryside of Villefranche sur Saône. She was very athletic as a child and was first introduced to sailing at summer camp. That was likely the spark that ignited her love of the sea. While she continues to enjoy sports of all kinds, sailing remains her top favorite.

Annick took courses in the hospitality industry, including a Professional Certificate of Kitchen. She also holds a nursing assistant certificate, which can be an asset for charter guests with special needs. Her 10 years of experience in the yachting industry have included working as a hostess and cook. The past seven months she has spent aboard MOOSE OF POOLE.

Mediterranean cooking is the style Annick enjoys most, particularly during European summers when local ingredients are fresh. Guests most rave about her fish tartare and cheese fondue. In the Caribbean, her menu is based on what is fresh and local. After a delicious meal, things don’t slow down if Annick has a say. She likes to sing and dance with her guests. It’s the most delightful way to burn off a few of the extra calories gained from such irresistible food.