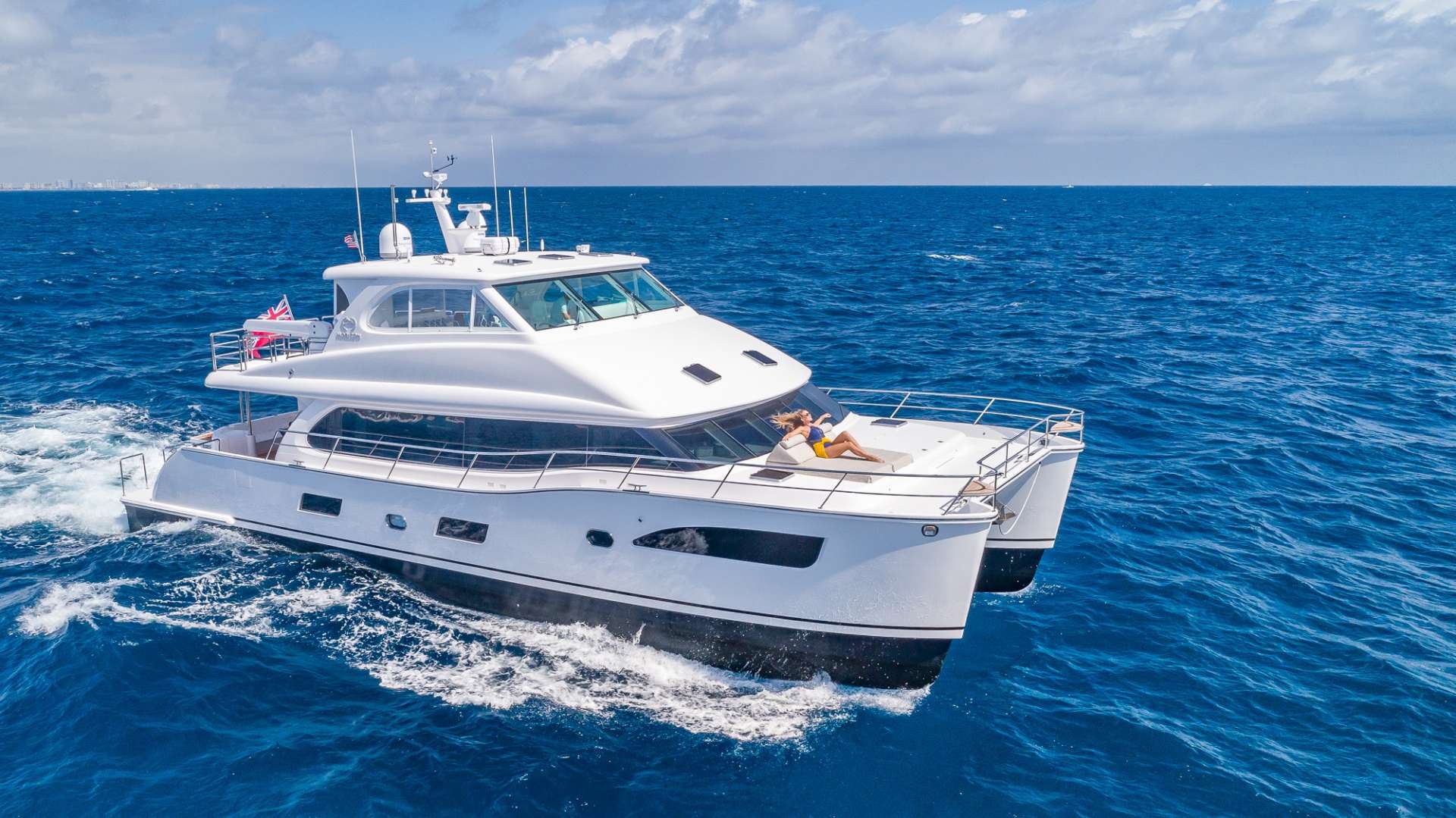 We’ve been a couple since 2012 and have worked on various sized boats (78ft- 160ft) until we settled on Mucho Gusto which launched as a 65ft Power Catamaran in February 2019.

A bit about us; Dominic was brought up on a working flower farm by German/ French Parents on the Garden Route in South Africa. His father & brother are both mechanics so he’s also been brought up very practically and mechanically minded. Dom was (and still is) really sporty, Tennis & water-sports being his favorite. He got into yachting through a friend of his who asked him to be crew on his boat back in 2011. When he returned to Cape Town to do his Yacht Masters he met Hannah..

Hannah (I) was brought up in Cape Town, South Africa by my British Folks. I studied Brand Building and Management before meeting Dominic and being whisked away into the world of yachting. I was initially a stewardess on my first 3 boats before discovering an interest in cooking, and then decided to put myself through a years Chef Training. I graduated as ‘Student of the Year (2015)’ and received a Diploma in Culinary Arts & Cookery and was employed on a yacht in Florida before having even arrived.

Dom & I are both really passionate about providing a high end service and anticipating our guests’ needs before they’re even considered. We really get so much satisfaction and pleasure from giving our guests a trip of a lifetime.

Crew are fully vaccinated for COVID 19.