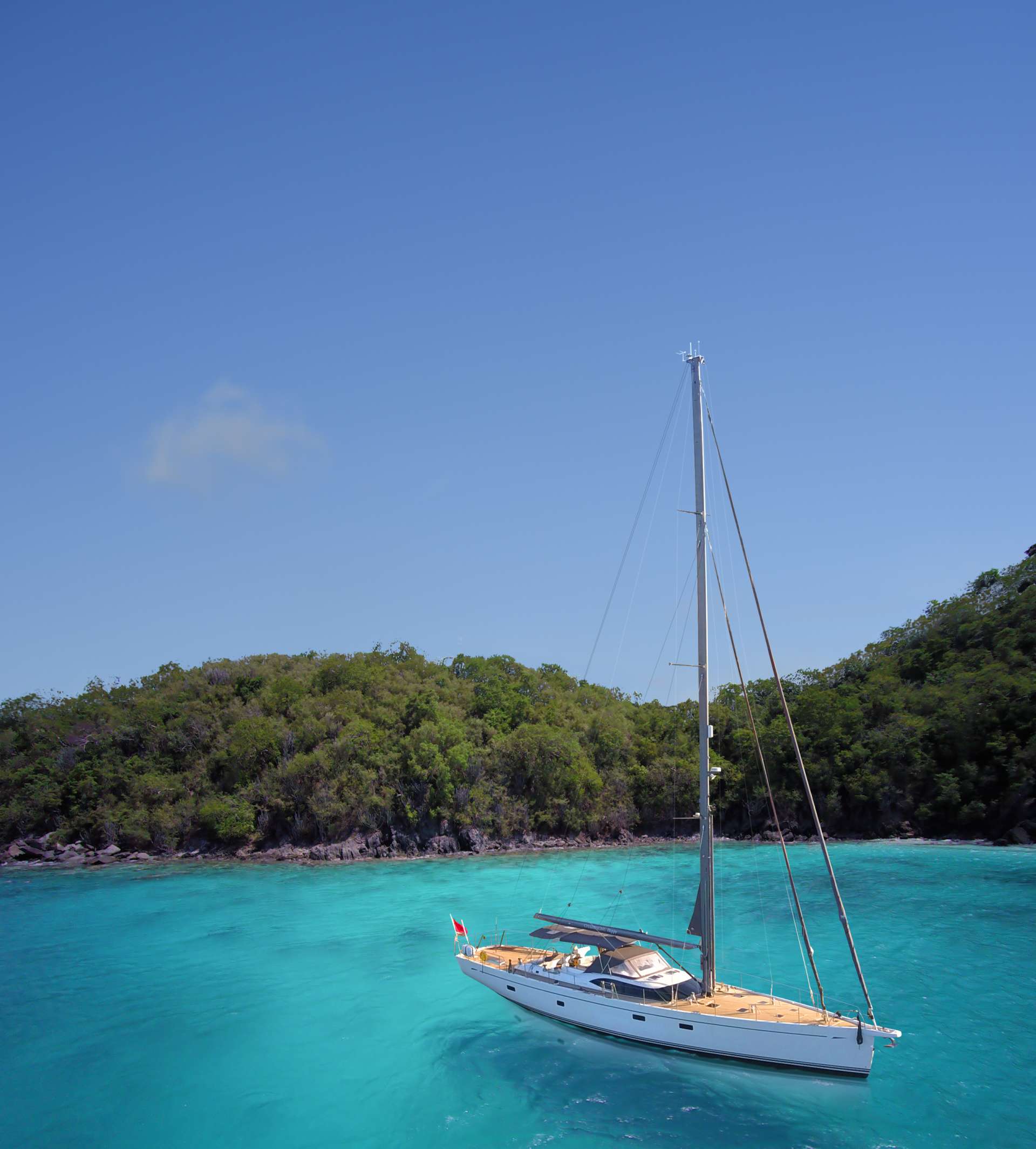 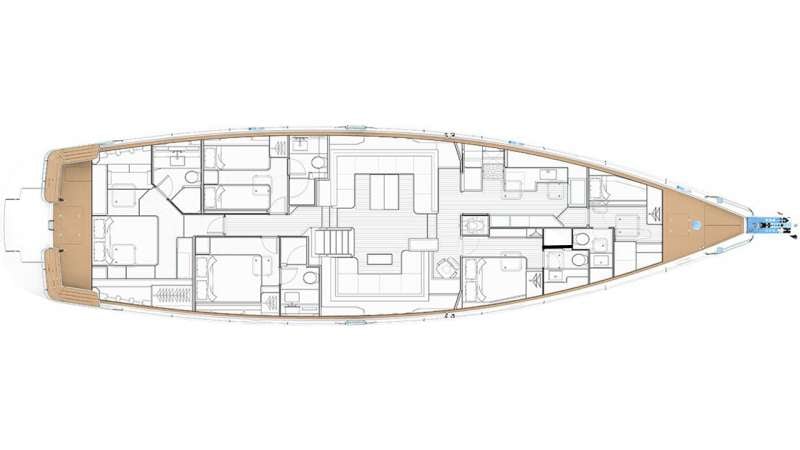 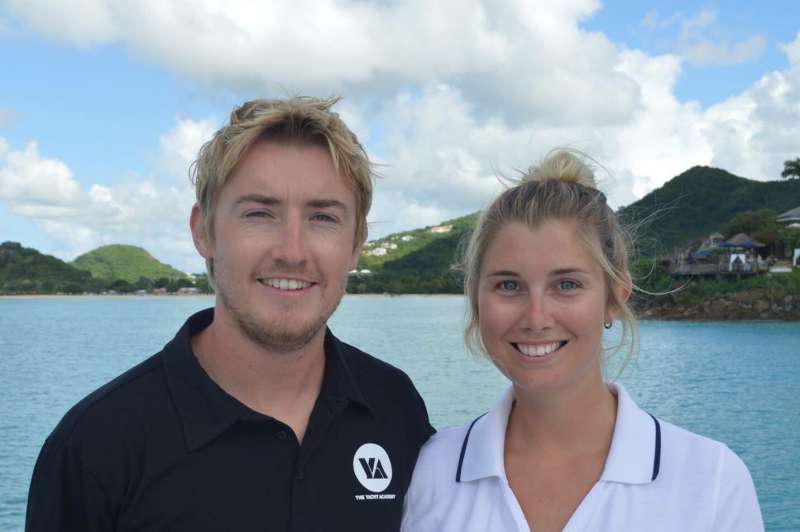 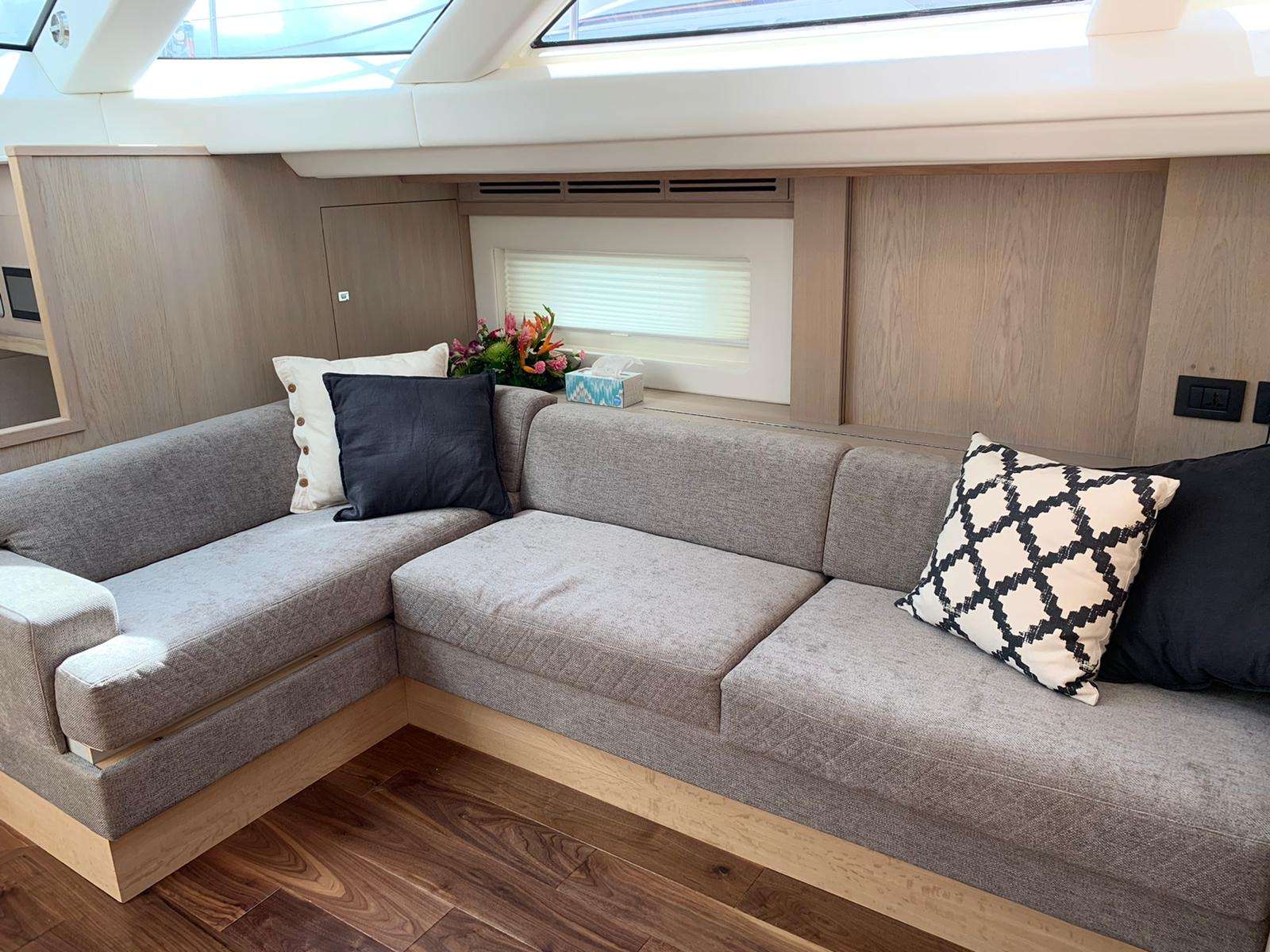 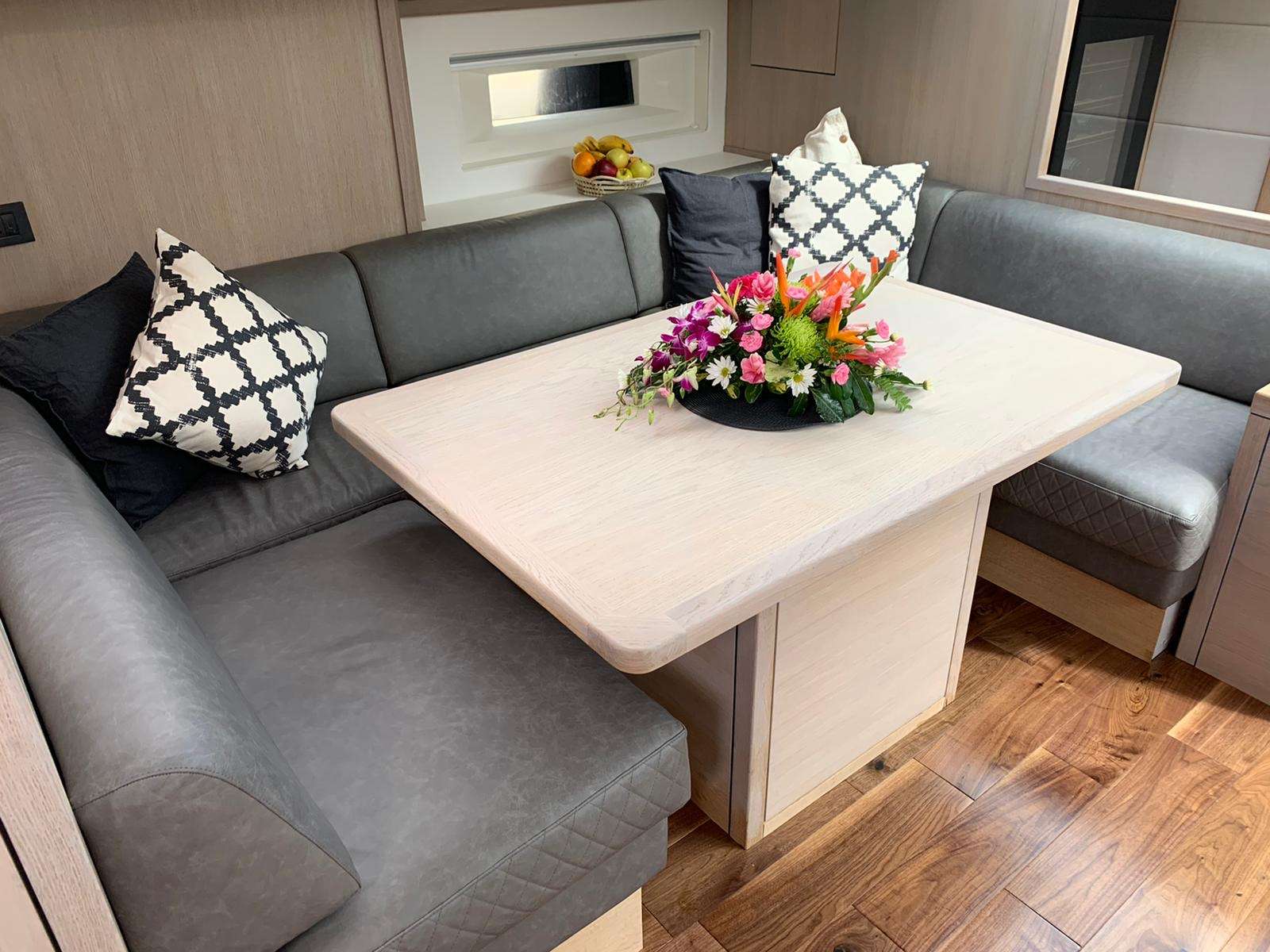 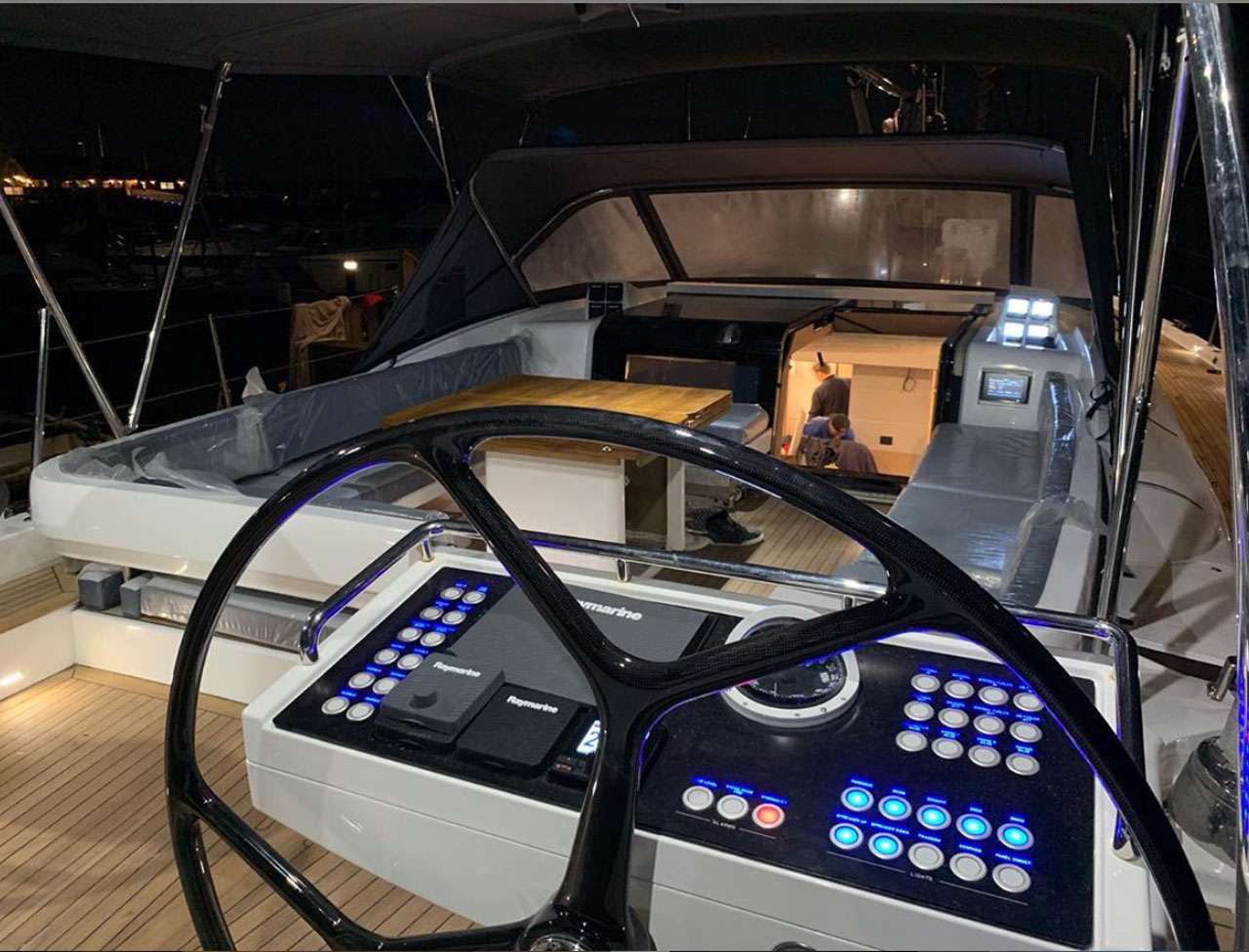 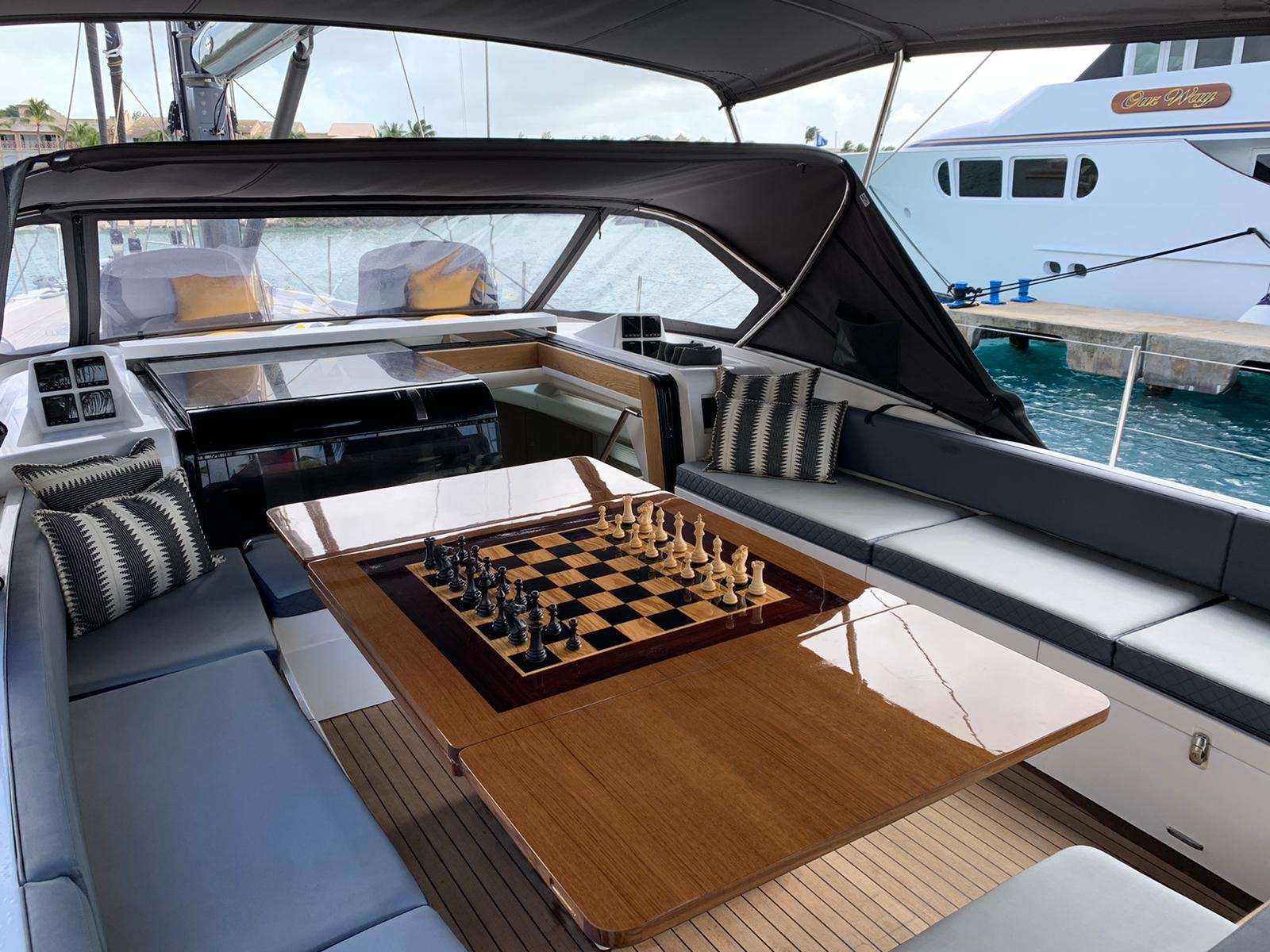 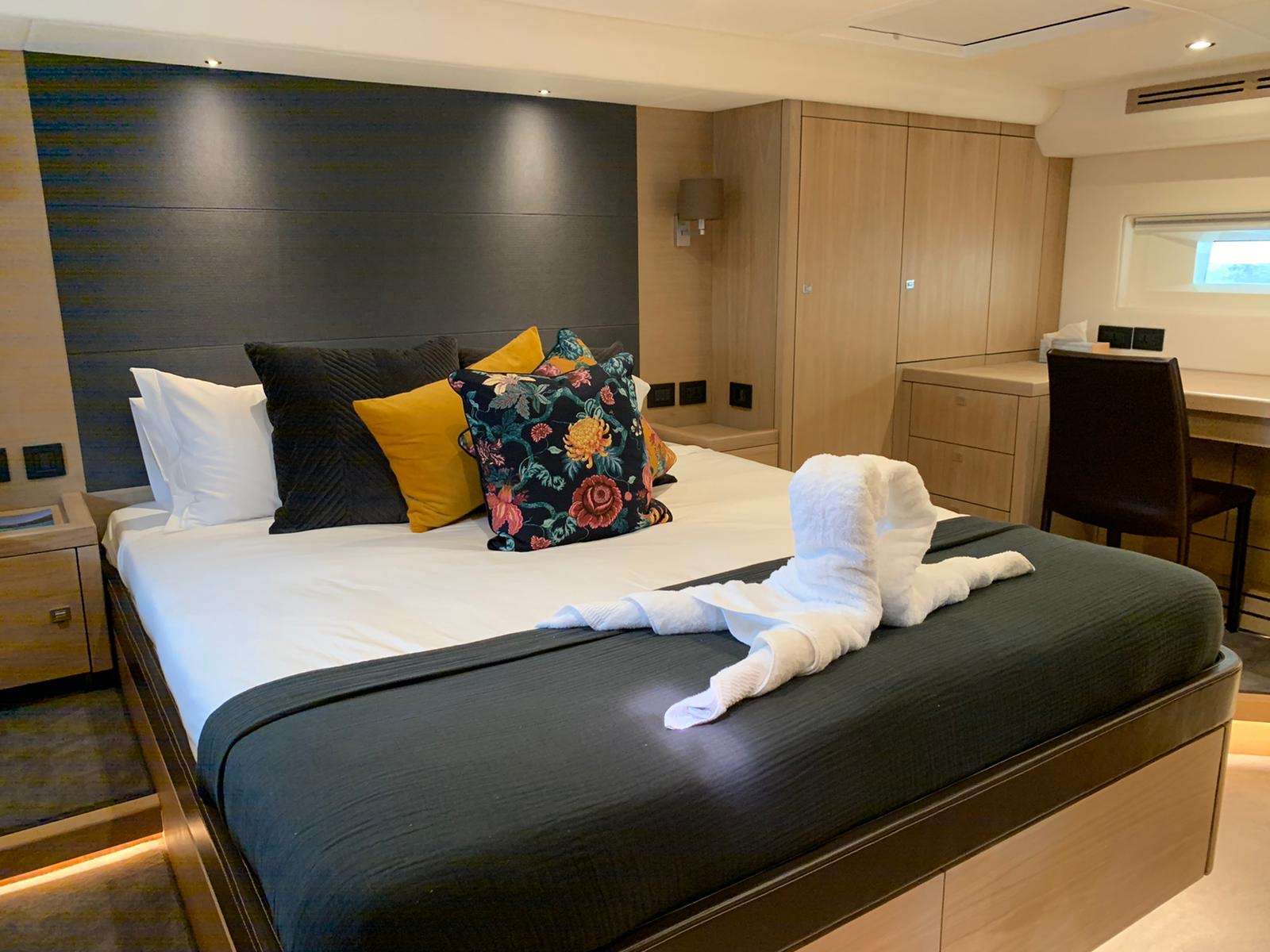 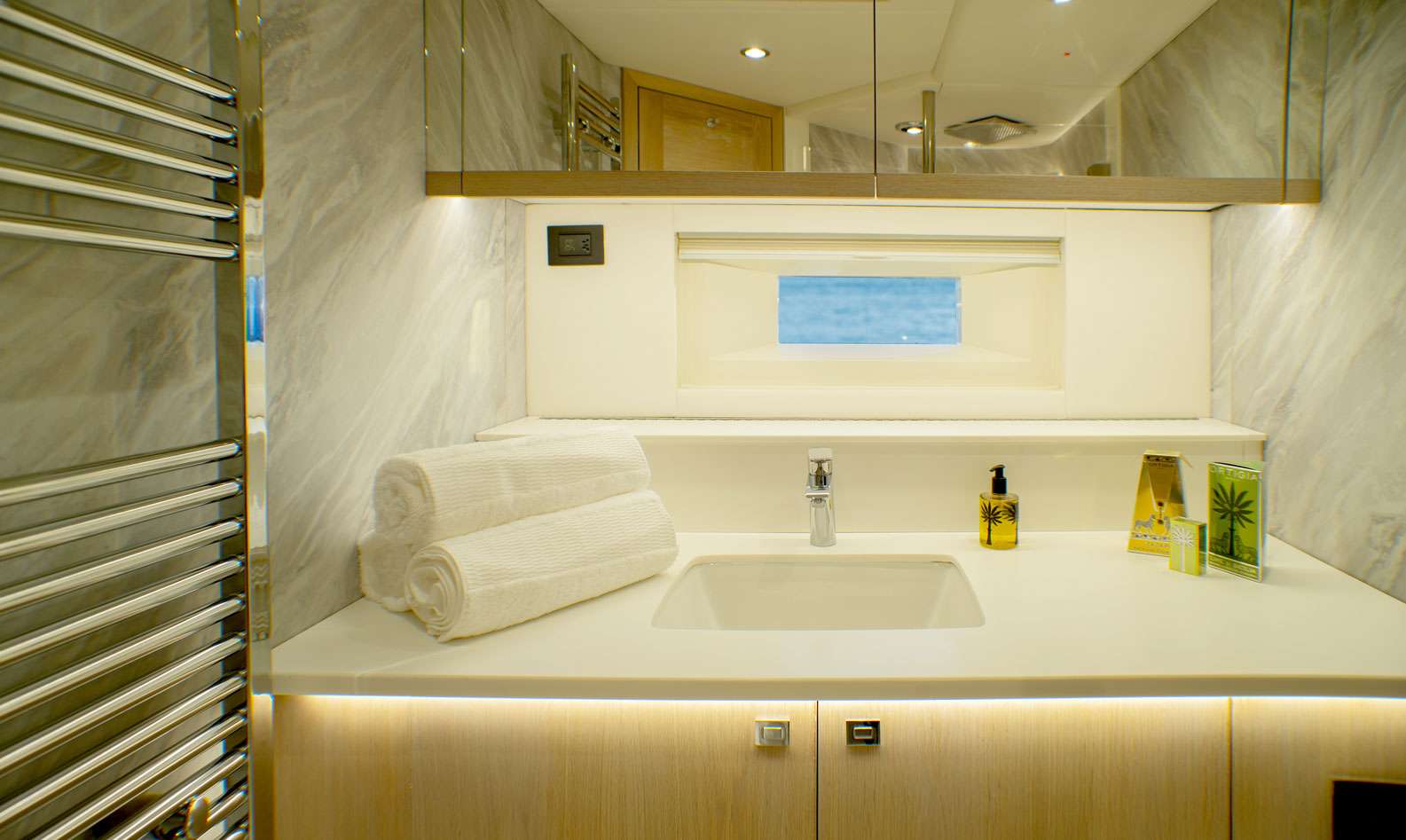 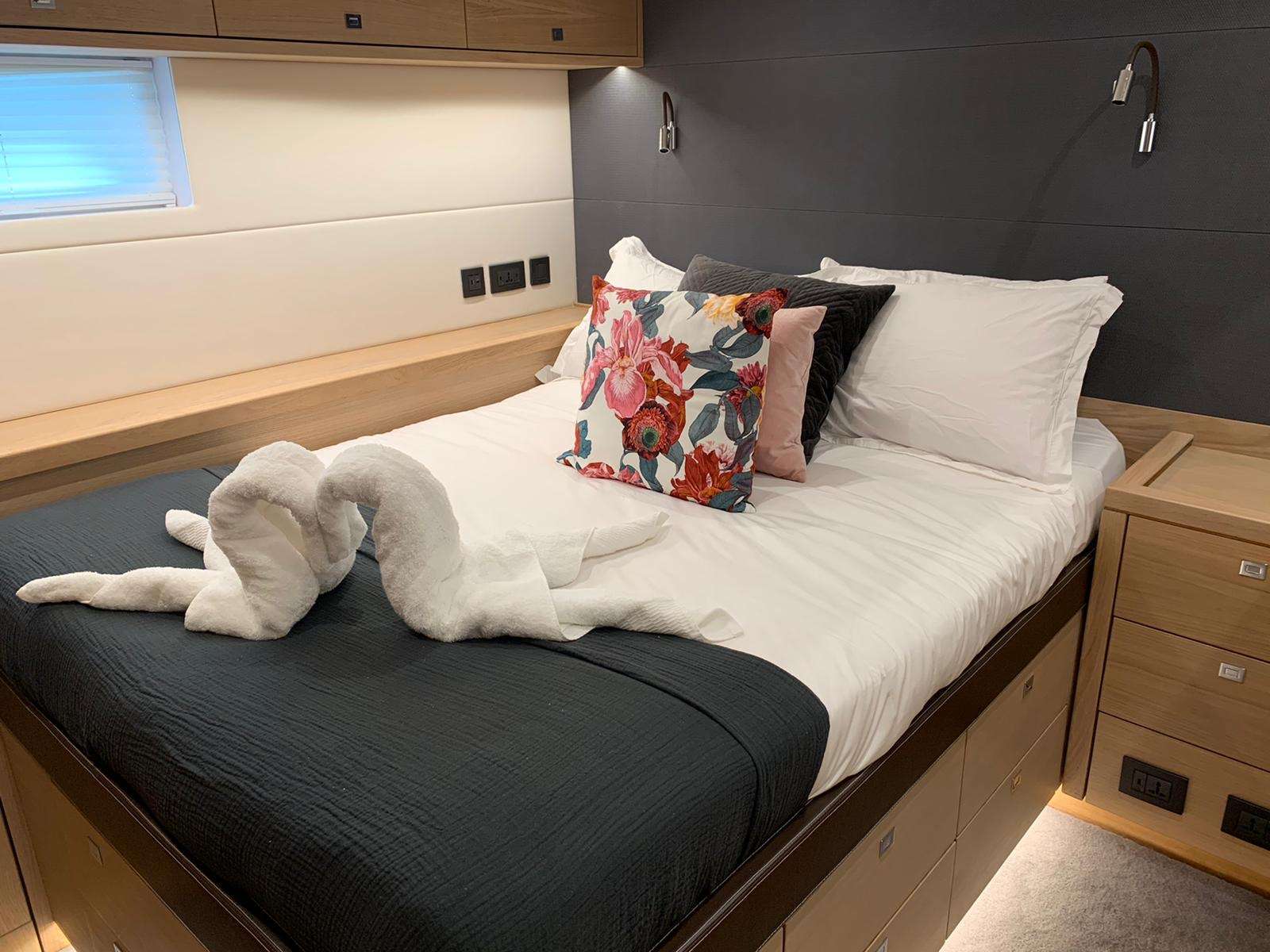 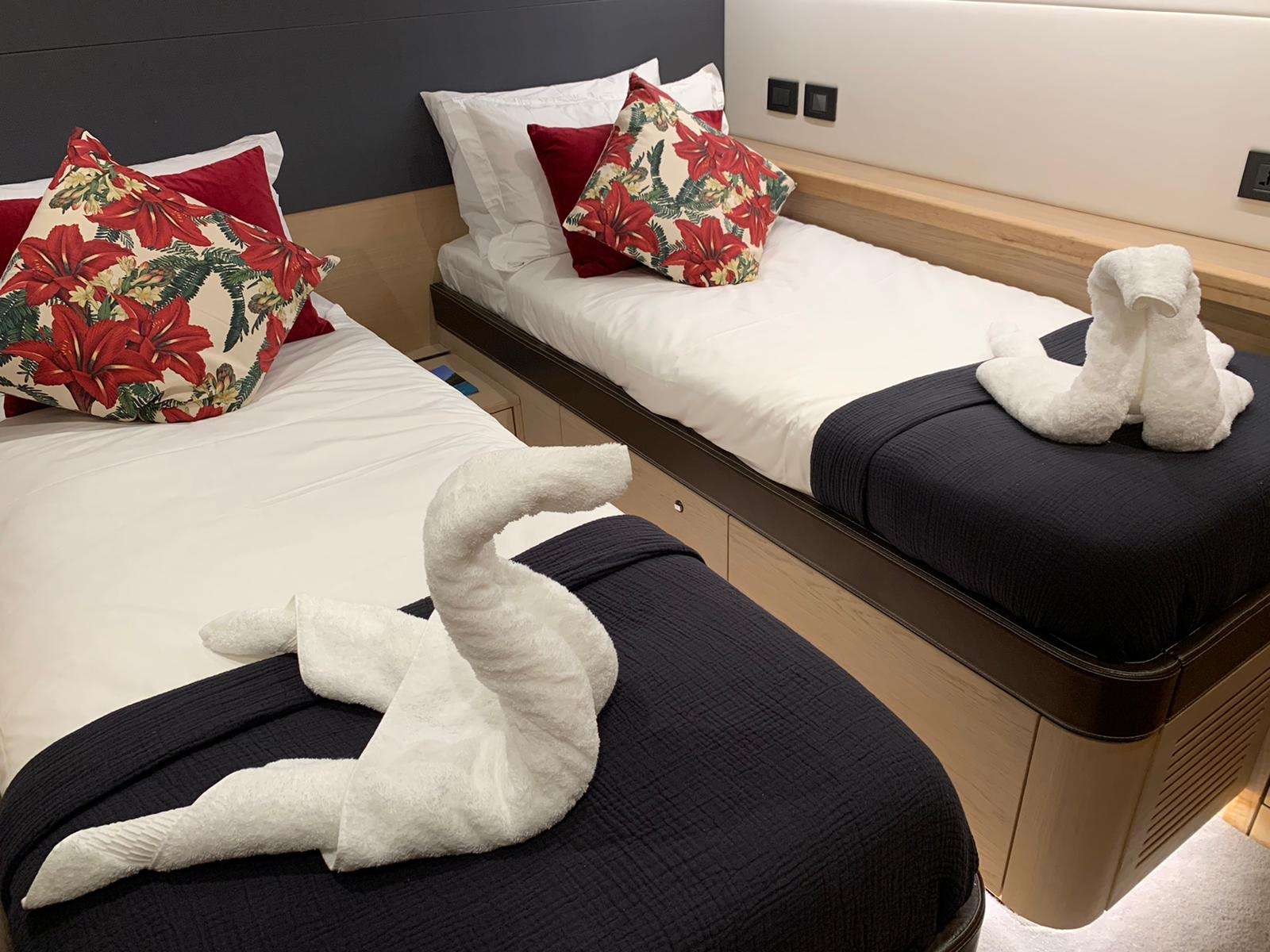 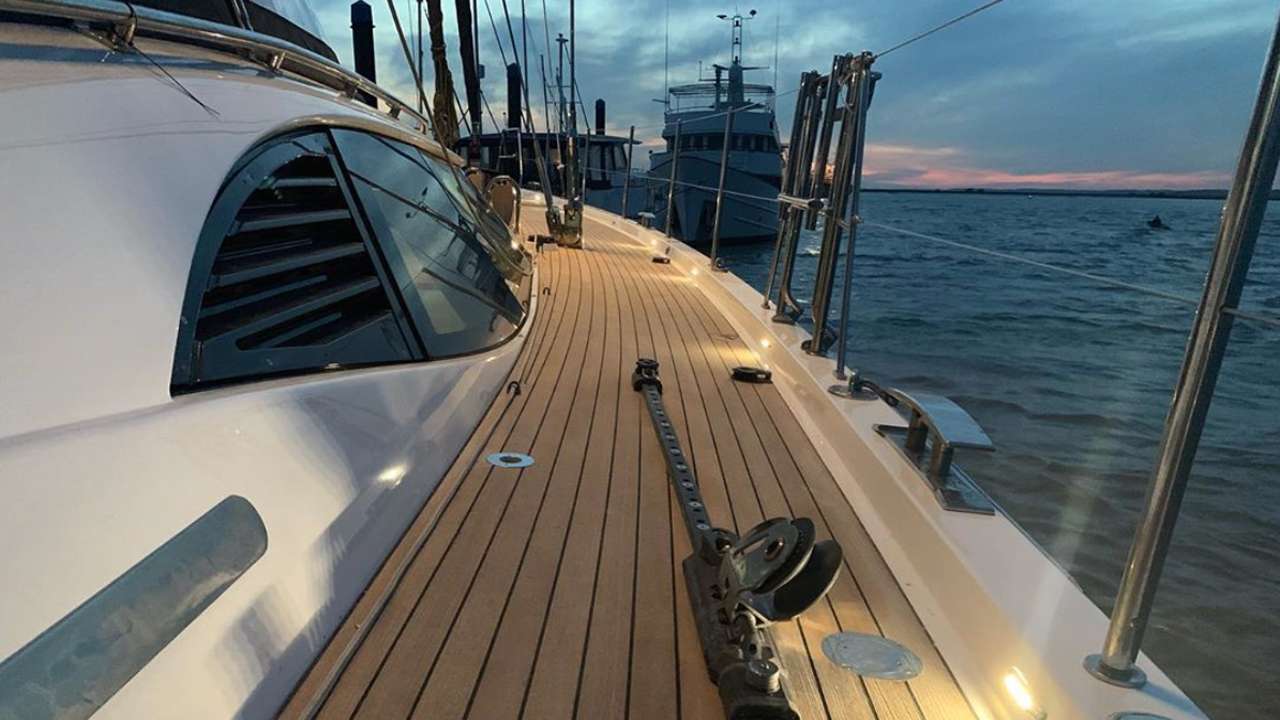 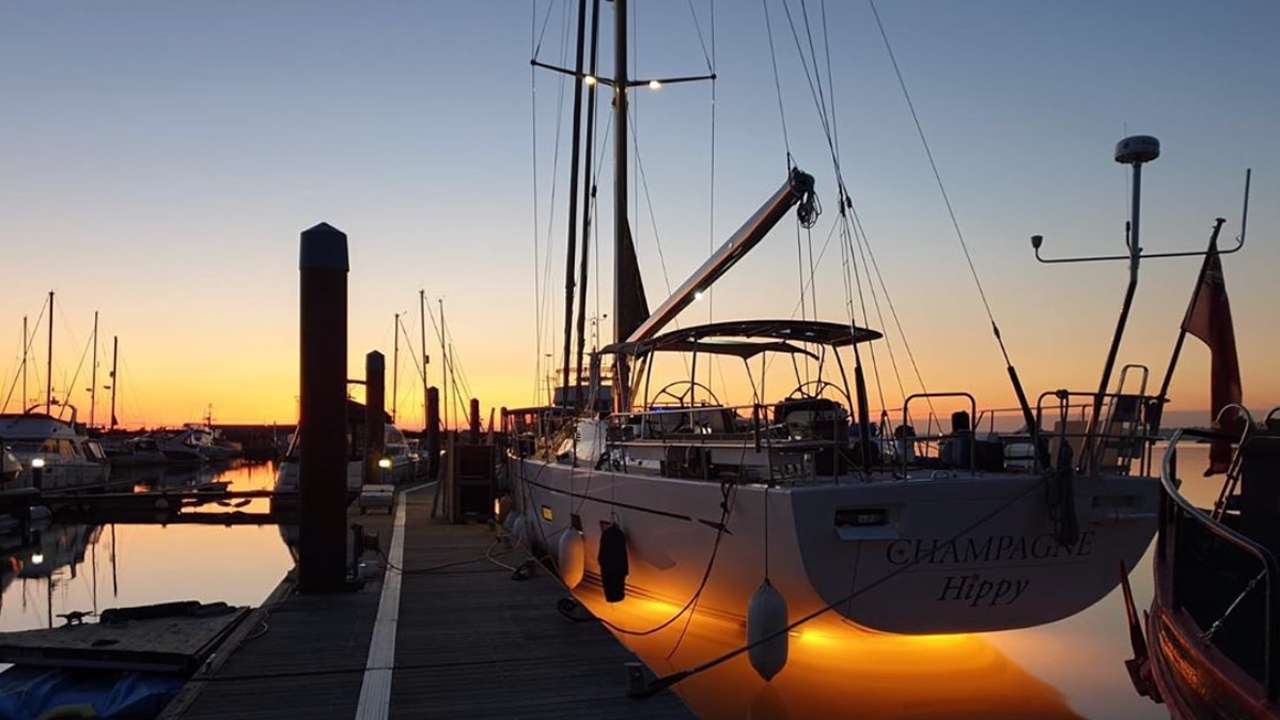 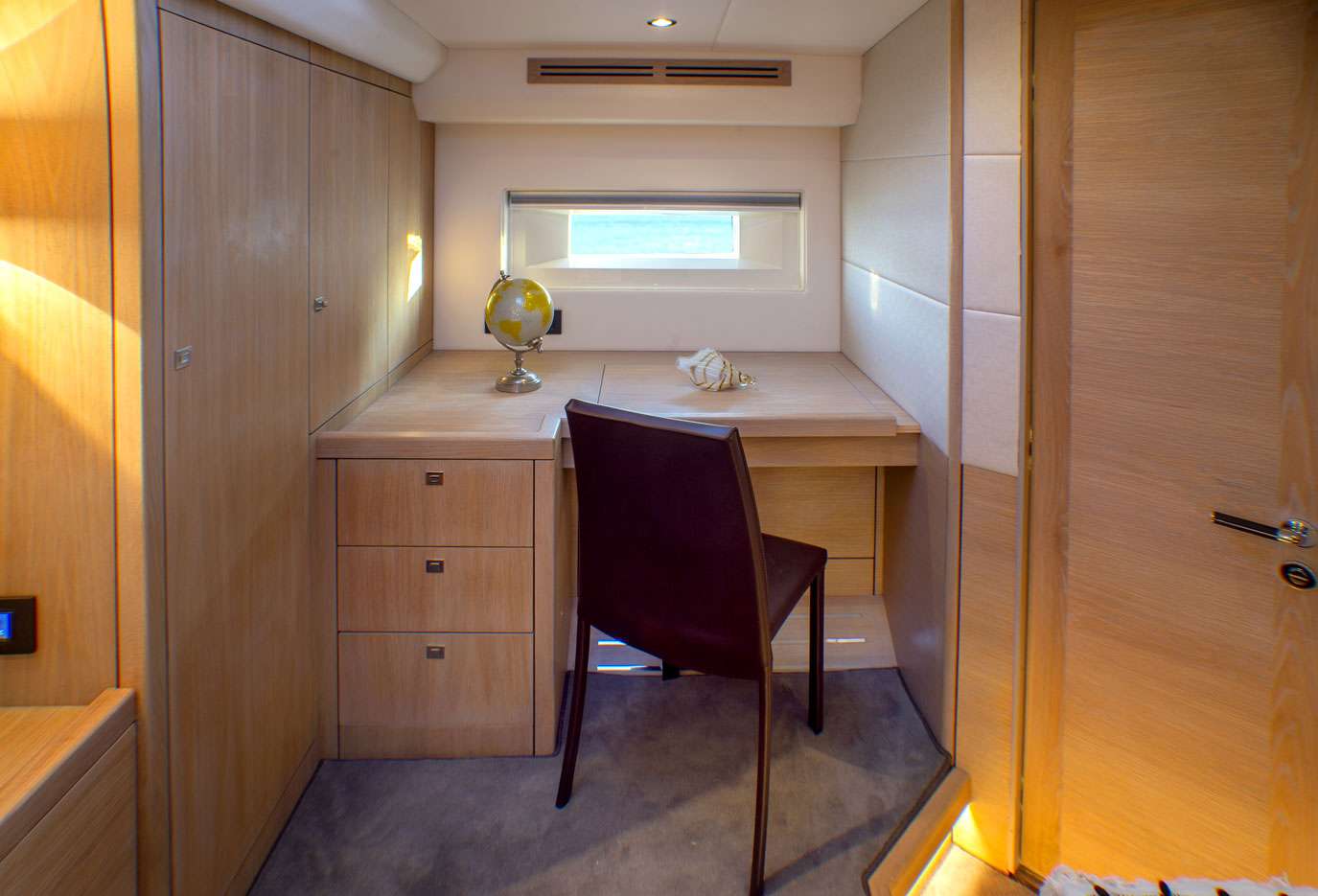 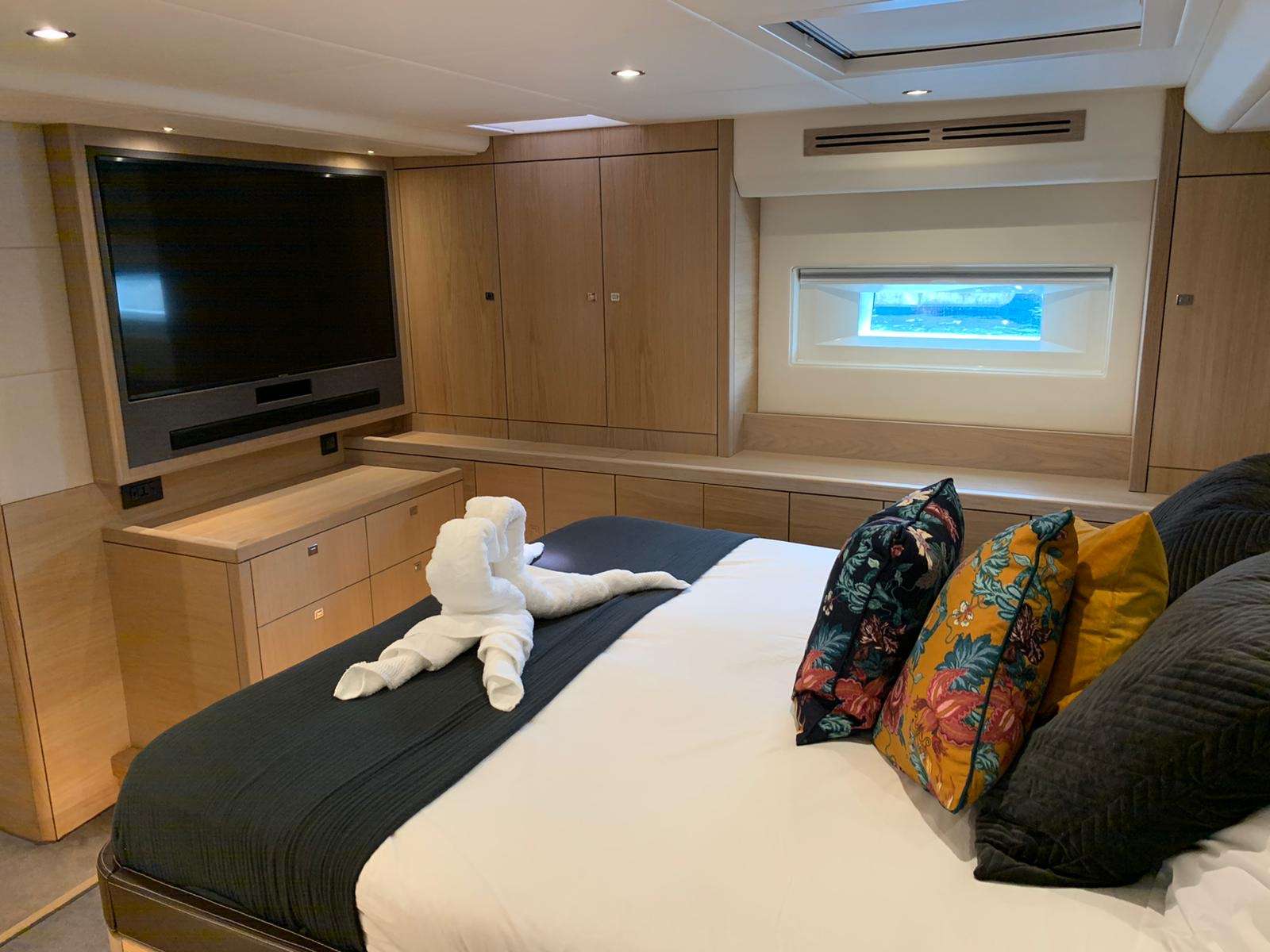 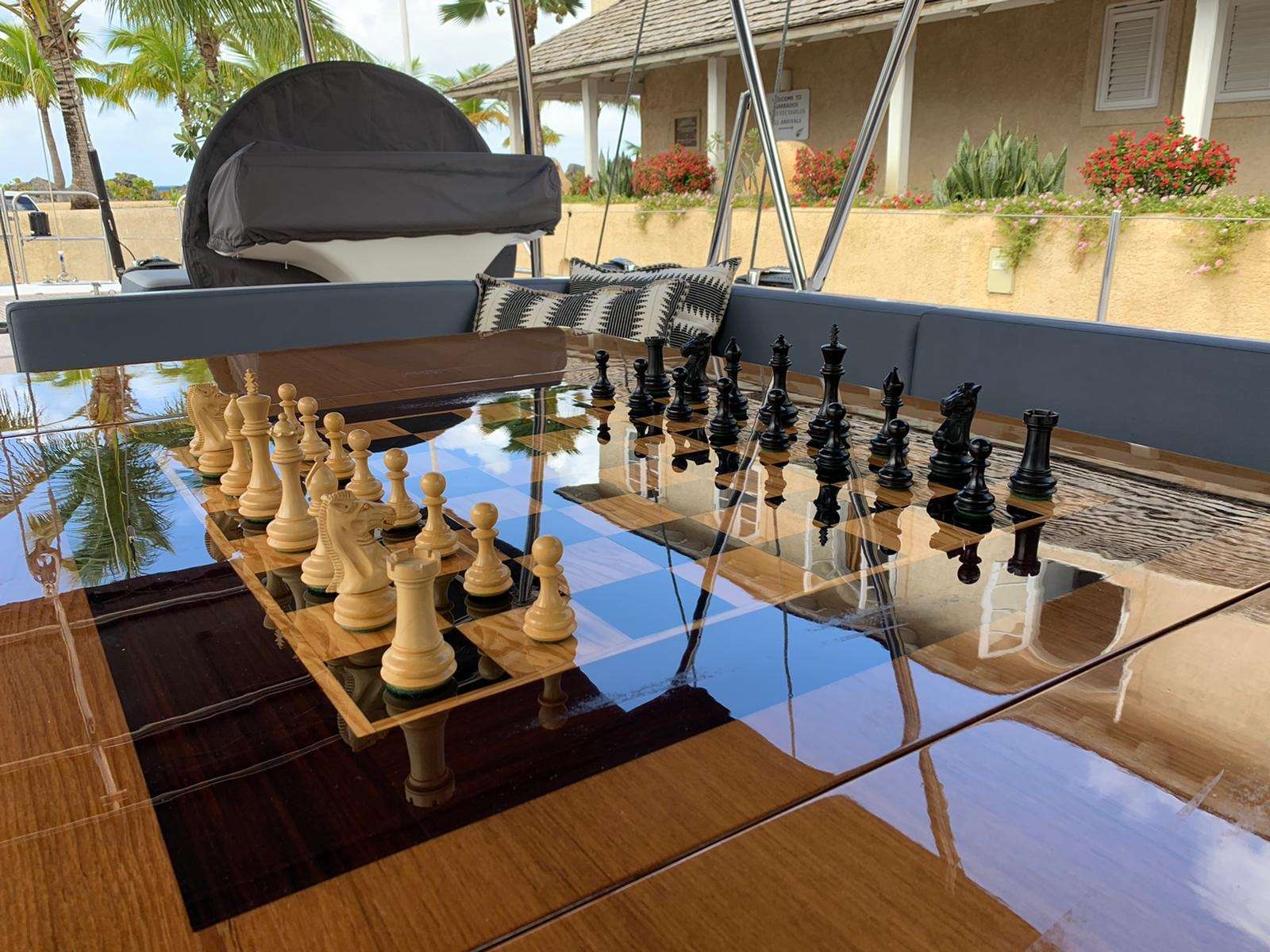 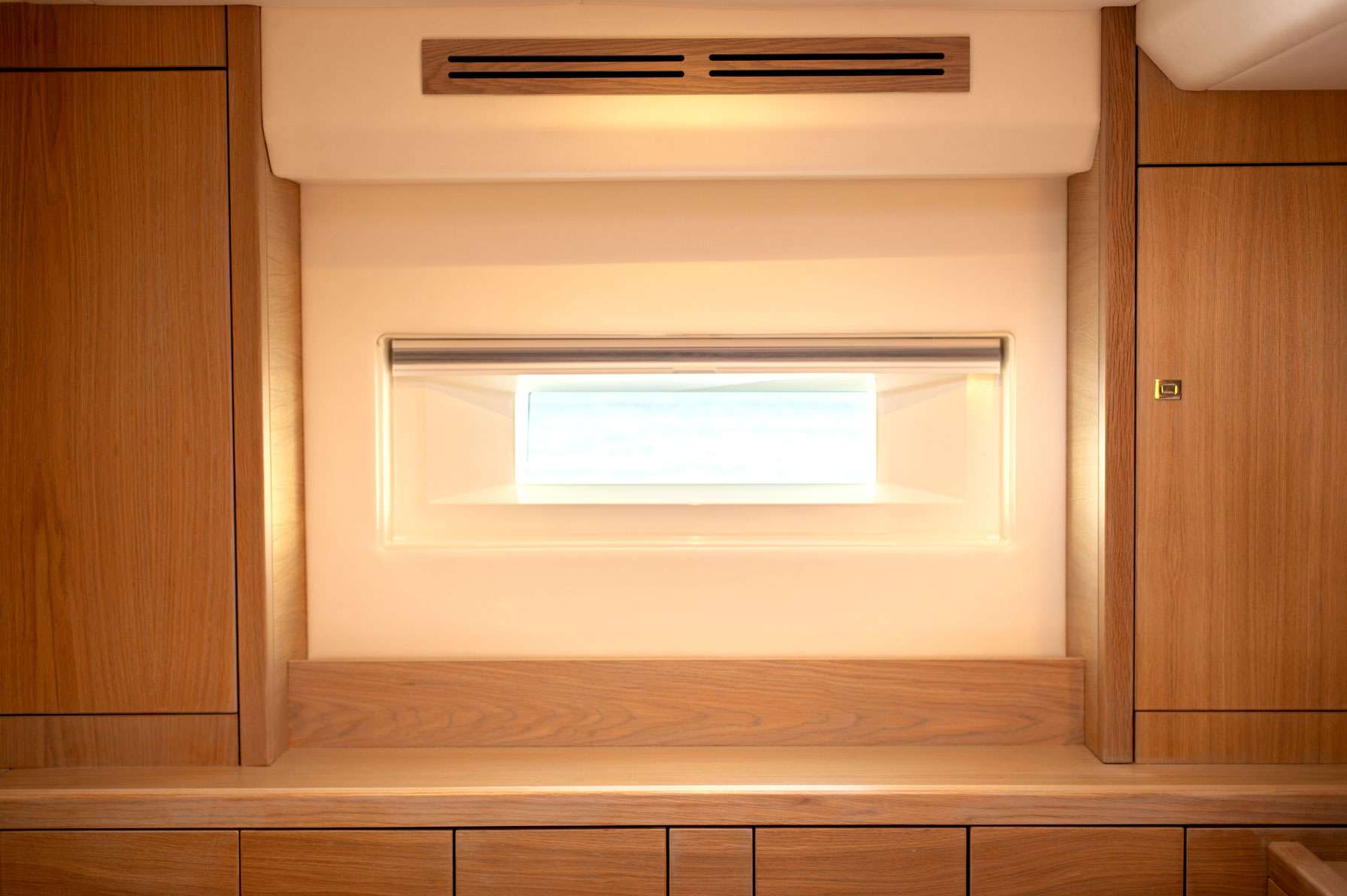 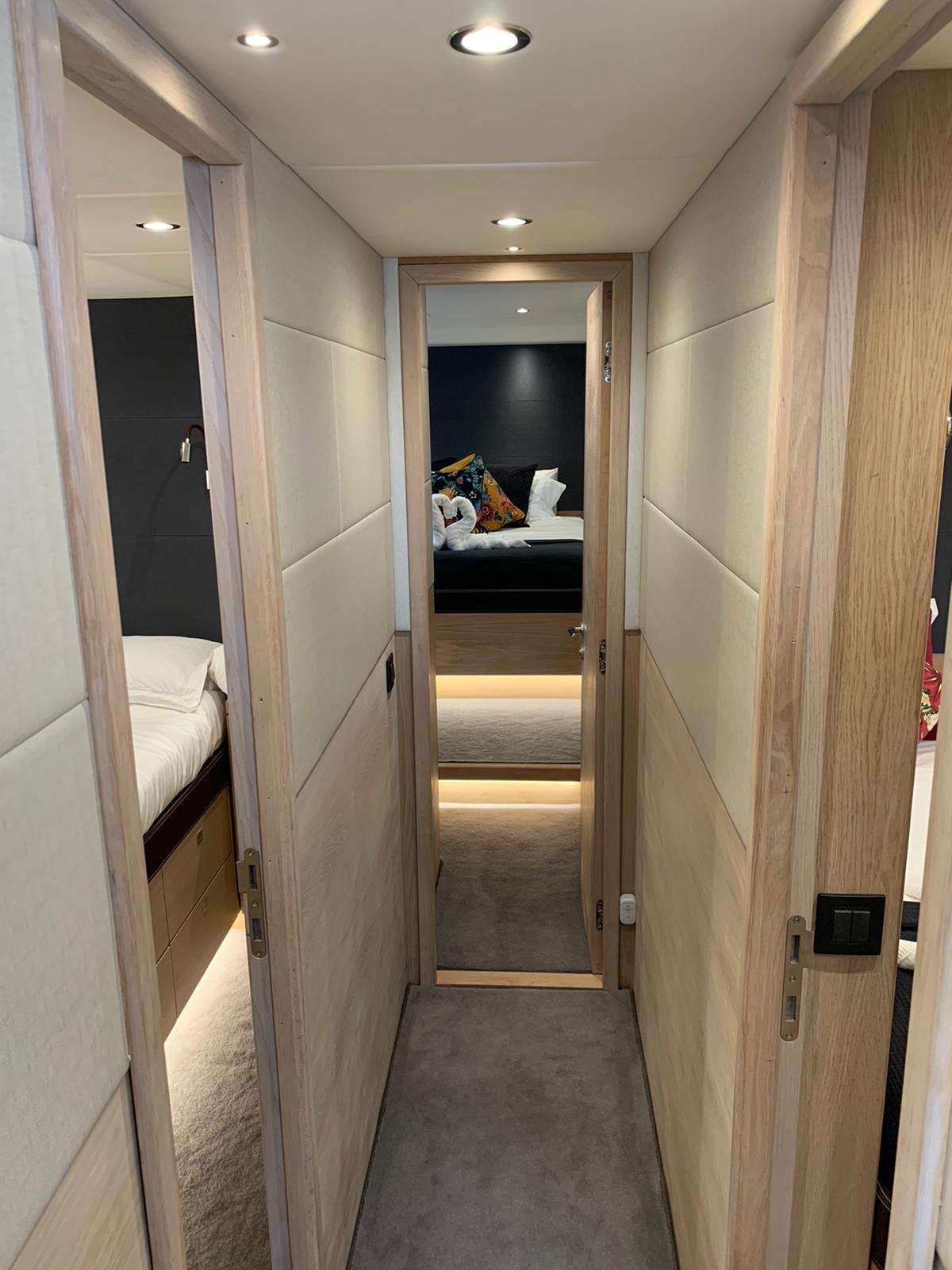 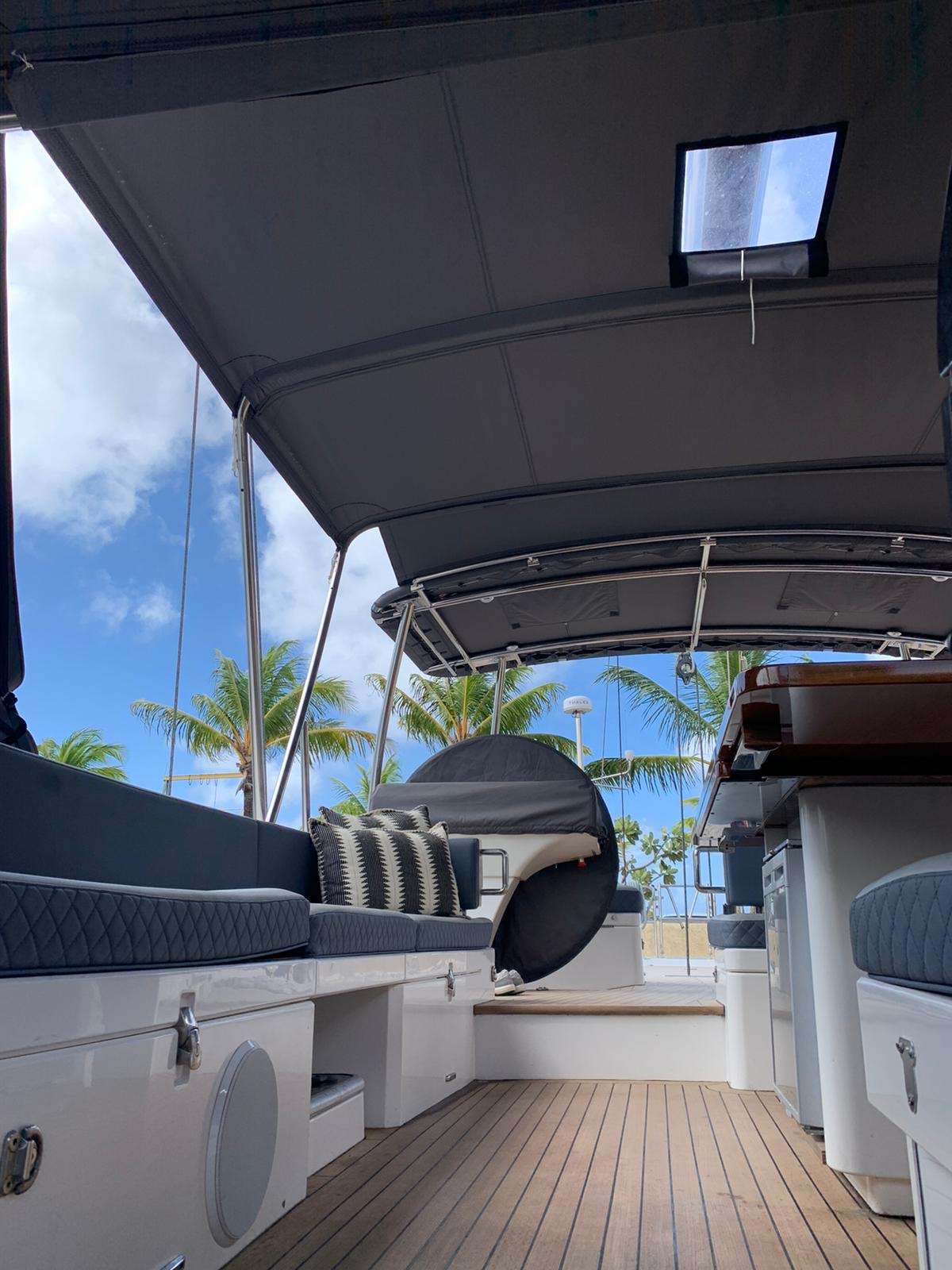 The 3 main guest cabins are all aft, the master cabin is full width. the two guest cabins are opposite each other, one is a permanent double cabin and the other can be made up with a double or twin beds depending on your preference. The 4th guest cabin is forward of the saloon and it’s ensuite has is a wet room, the other 3 en-suites all have separate shower cubicles, The crew accommodation is forward of the galley.

Other Entertainment: Air-conditioning system is the latest model with titanium coils

Dudley found his passion for sailing in Anglesey, Wales, where he spent the summers racing Lasers. After graduating from University with a degree in Politics, he decided to pursue a career as a captain. Dudley has work experience in the hospitality industry, including a stint working at a mountain lodge in the French Alps.

According to his passport, Dudley is an Englishman, but has spent most of his adult life living abroad. Dudley enjoys running, mountain-biking, skiing and rugby. He is Sam’s right-hand-man in the kitchen (a great pot-wash), and can make a killer Watermelon Margarita!

Sam spent five years sailing around the world with her family, and after a few years on dry-land, she heard the ocean’s call and found herself back on the high seas.

She left her Marketing career behind her in New Zealand, and became a yacht hostess. Sam’s creativity is now directed at food, and she is now a passionate chef; focusing on preparing healthy and delicious meals using fresh and locally sourced produce.

When she’s not in the galley, Sam enjoys swimming and scuba diving.

Dudley and Sam have spent three years working together in the sailing industry. They met working for a charter company in Greece, and have since then sailed across the Atlantic and Pacific Oceans, and worked as Captain and Chef onboard various charter yachts in the Mediterranean and Caribbean. And, as PADI Divemasters, Dudley and Sam can guide you on an exploration on and under the sea!

Dudley and Sam look forward to welcoming you onboard S/Y Champagne Hippy.