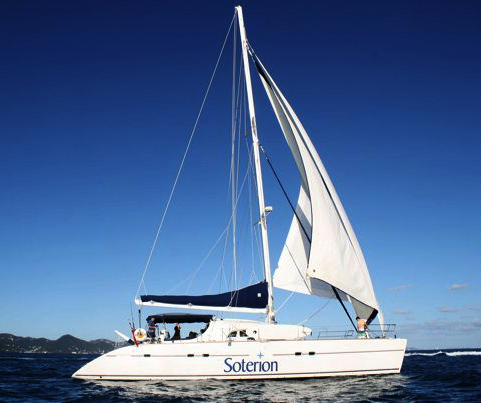 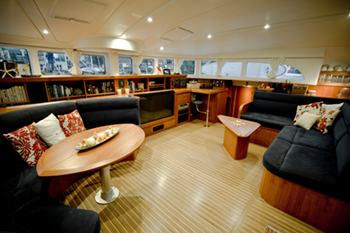 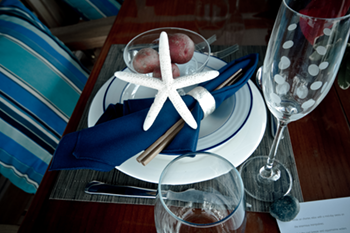 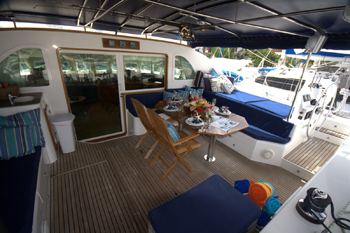 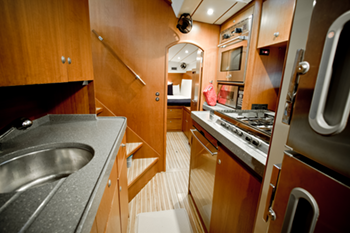 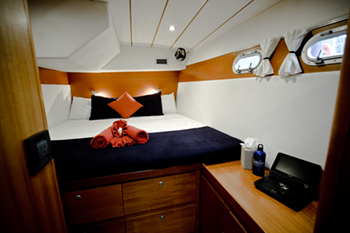 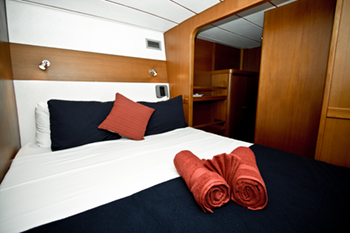 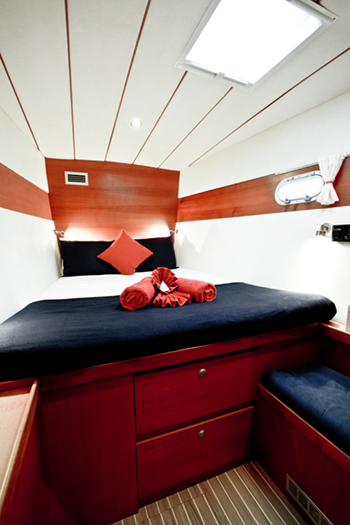 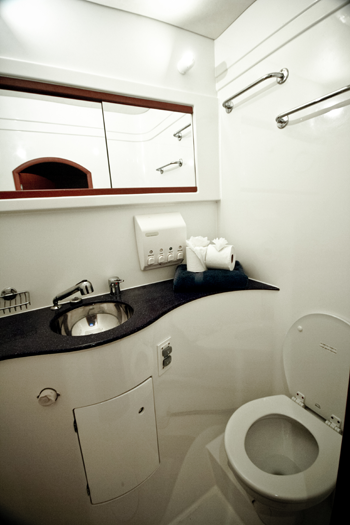 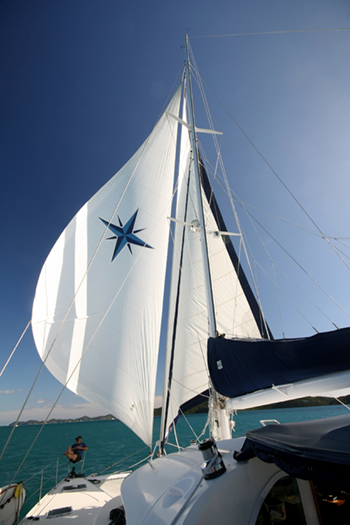 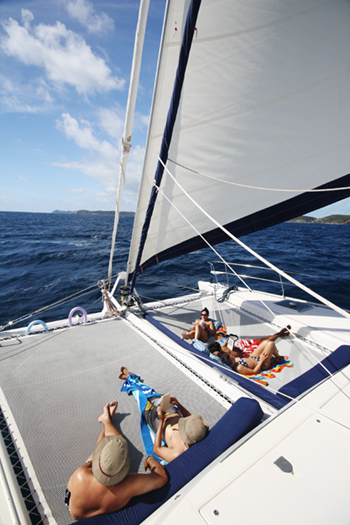 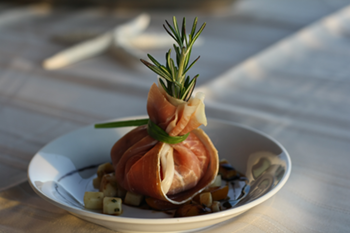 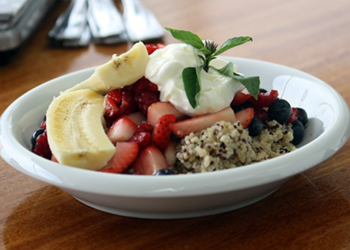 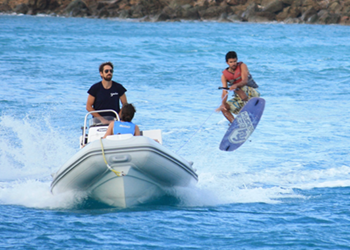 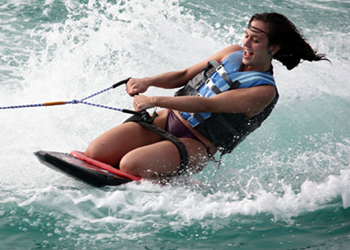 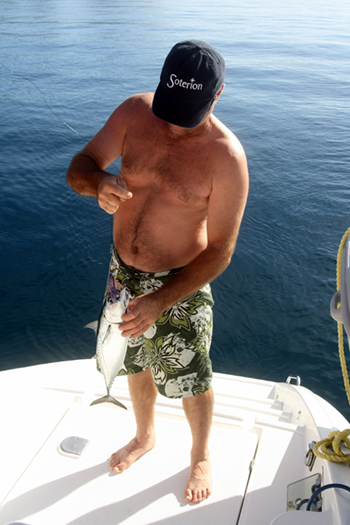 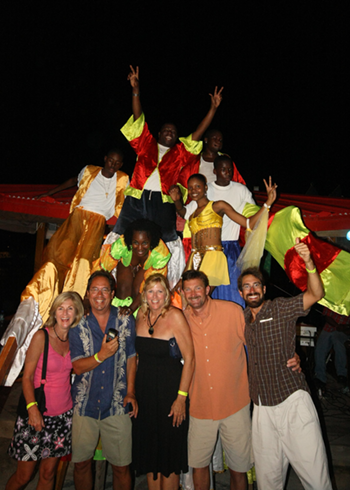 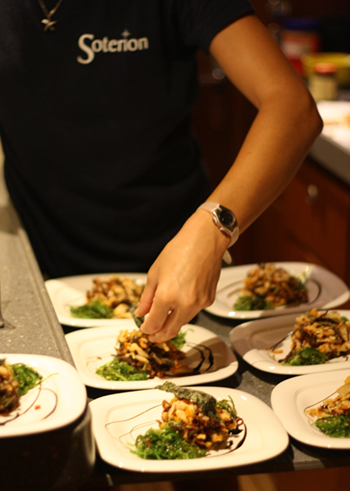 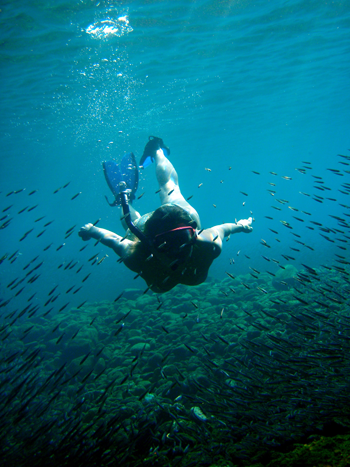 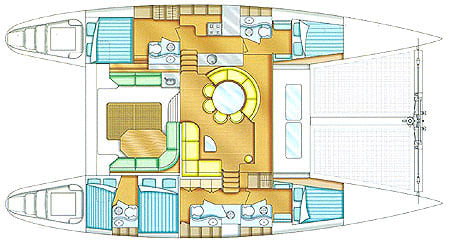 Includes four queen cabins (one of which converts to twin beds), all with en-suite showers and non-polluting LectraSan heads. 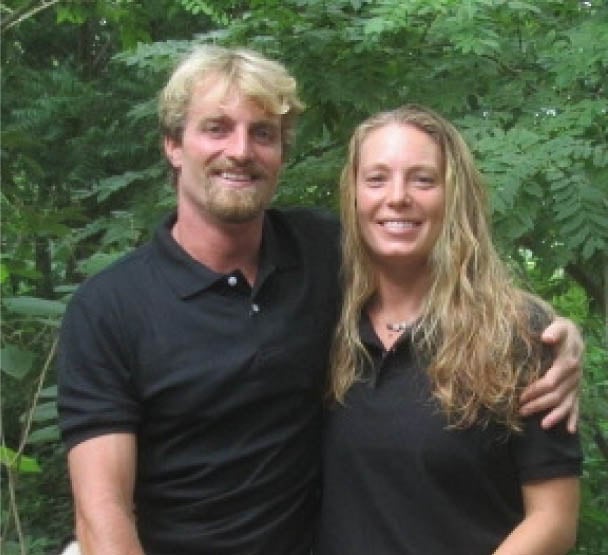 Meet the Crew of Soterion
Captain Ben Raley and First Mate Rachel Haskovec are a young, energetic, professional yachting and charter host team. Together they have a deep passion for all of the adventures that the Virgin Islands have to offer and enjoy sharing them with others. As a couple they offer a charming graciousness that helps people to feel comfortable and fully relaxed, and work closely with every charterer to match their guests level of interest with the right level of activity, dining, and relaxation.
Captain Ben Raley
Ben was born & raised on the Gulf of Maine, and has harbored a love of the sea his entire life. Building his first rowboat with his father at the age of six, Ben knew that the ocean was where he belonged. At eight, he started sailing aboard a Rhodes 19 and by the age of 18, he made his way from Portsmouth, NH to Hawaii via the Caribbean islands and Panama Canal aboard various sailboats. Eventually settling in Washington States Puget Sound, Ben taught sailing in a community sailing program during the summer months and apprenticing under a local shipwright in the winters. Finally aboard his own 32 sailboat, he was able to fulfill a dream of sailing back to New Hampshire. Adventures along the way to fund his dream included, working as a deckhand aboard ocean going tugboats hauling freight through Southeast Alaska, commercial fishing for giant Bluefin tuna, delivering sailboats along the west coast of Central America, and working as mate aboard a luxury charter yacht based in Petersburg, Alaska where he learned the finer points of running top quality charters. Tropical seas calling him, Ben focused his efforts on the Virgin Islands and has successfully Captained two charter catamarans based in the BVI. Ben is excited to be aboard Soterion, sailing the crystal clear waters and trade winds of the US & British Virgin Islands.
First Mate/Chef Rachel Haskovec
Rachel was born with an adventurous spirit, and grew up hiking, camping, fishing, and eagerly exploring her love for the outdoors near her childhood home in Boulder, CO. With a degree in Business Marketing, she worked in sales for DEWALT power tools in Boston, quickly developing a passion for the ocean, enjoying swimming, SCUBA diving, sea kayaking and catching and cooking the freshest seafood. Her fascination with sailboats also started in New England, where she called on and worked with the manufacturing facilities of Hinckley Yachts in Maine and observed the construction process from start to finish of some of the finest yachts in the world. Rachel has also pursued her passion for food and entertaining, working with the Culinary Institute of Montana where winters included skiing and working in fine dining establishments while the summer months involved rock climbing, rafting, and racing sailboats on the largest natural freshwater lake in the western US. Missing the salty air & vastness of the big blue, Rachel left the US to live and work aboard a sailboat and deliver her from Florida to Bocas del Toro, Panama. Eventually spending extensive time in Central America, Rachel founded Nicaragua Energetic Flow Yoga, working as a full time traveling instructor at 6 resorts in the southwest corner of Nicaragua. She also managed and cooked at a B&B guesthouse in the jungle outside San Juan del Sur. As an athlete and yogi, Rachel is adamant about using the freshest quality local ingredients to create healthy and delicious meals that feed the body and the soul.