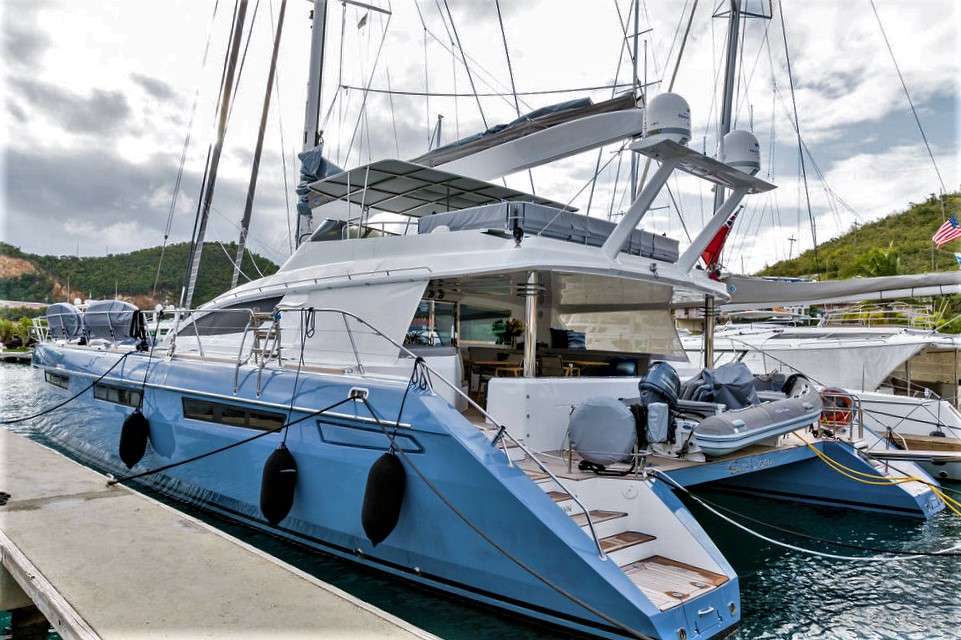 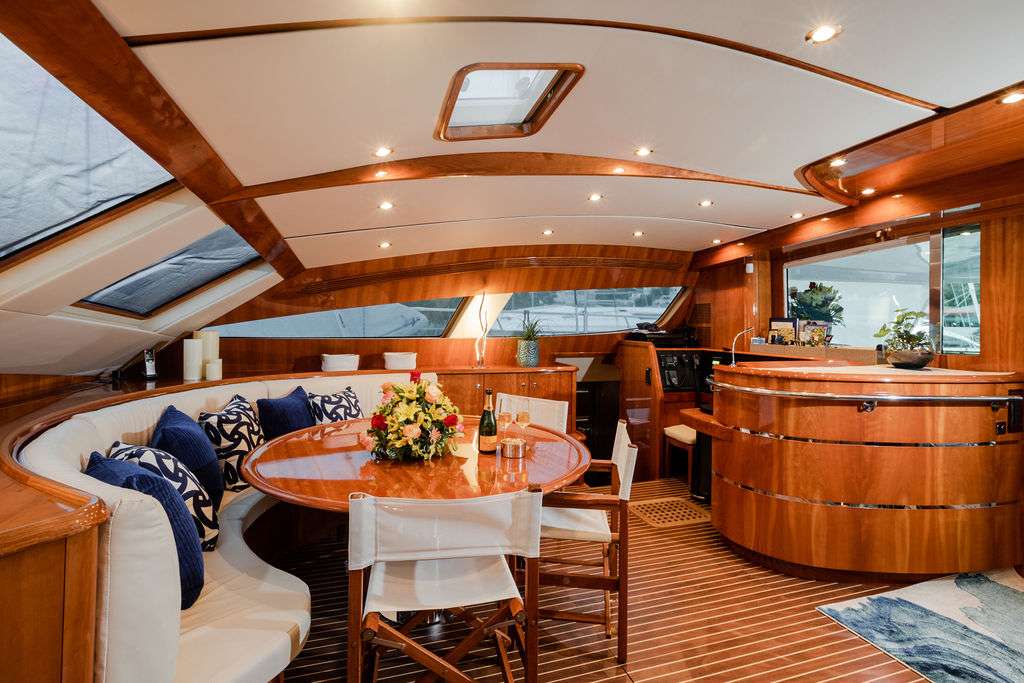 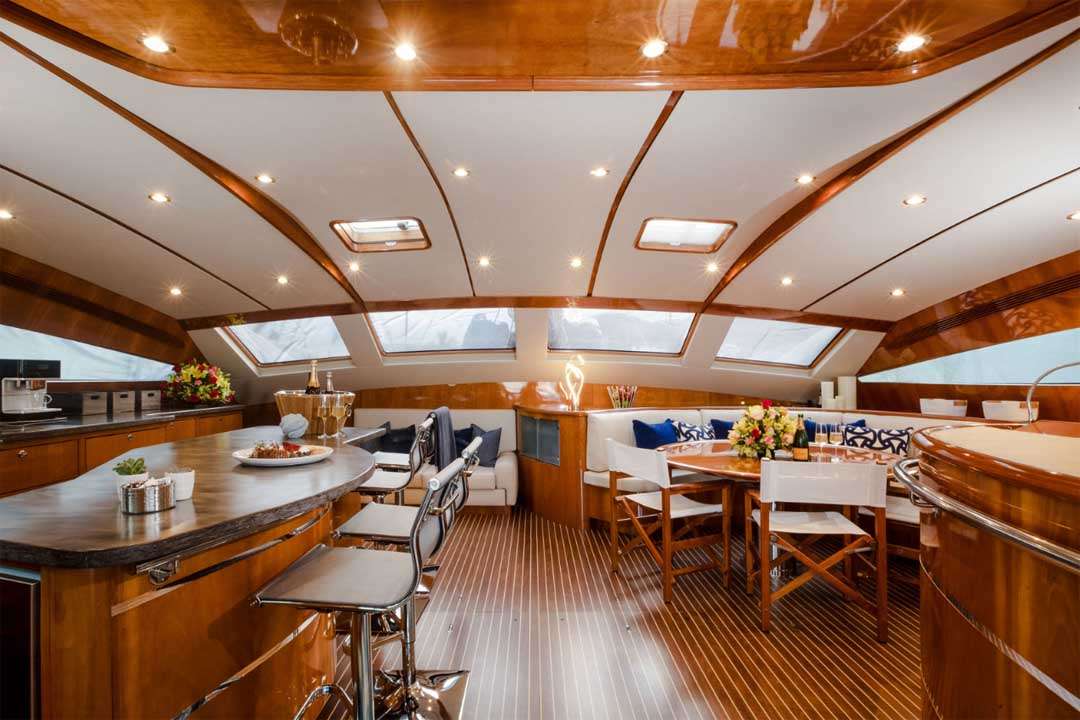 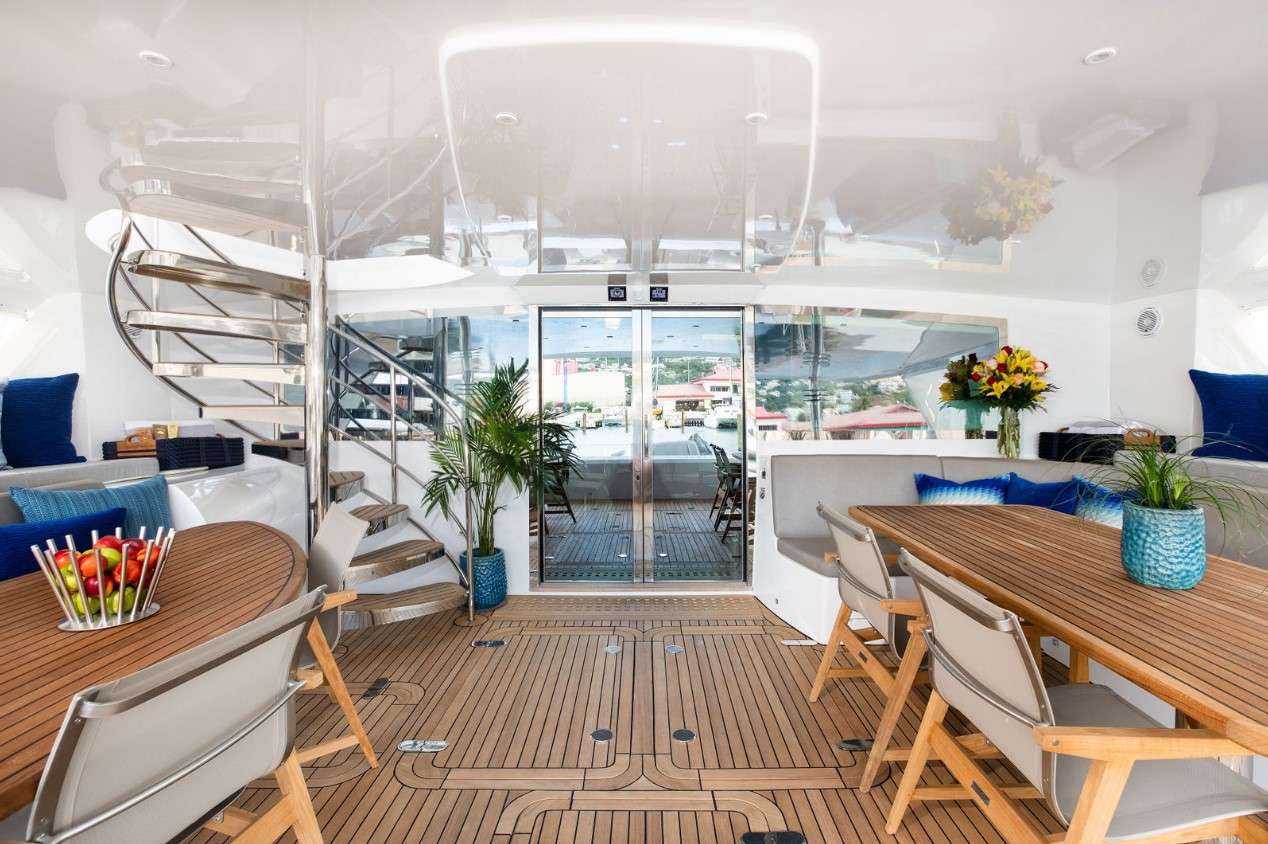 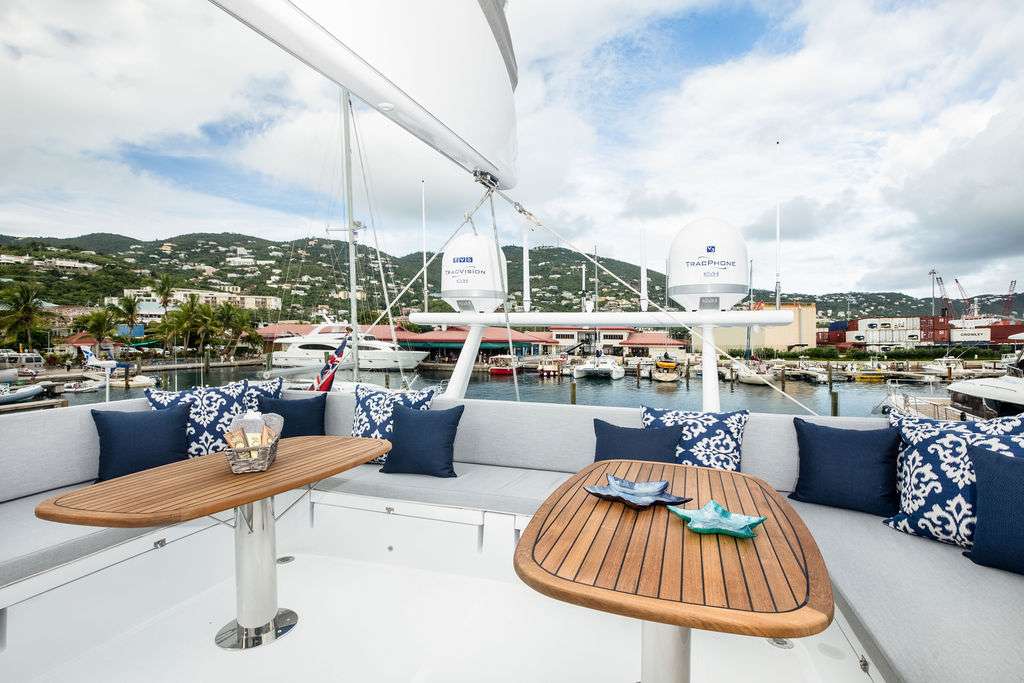 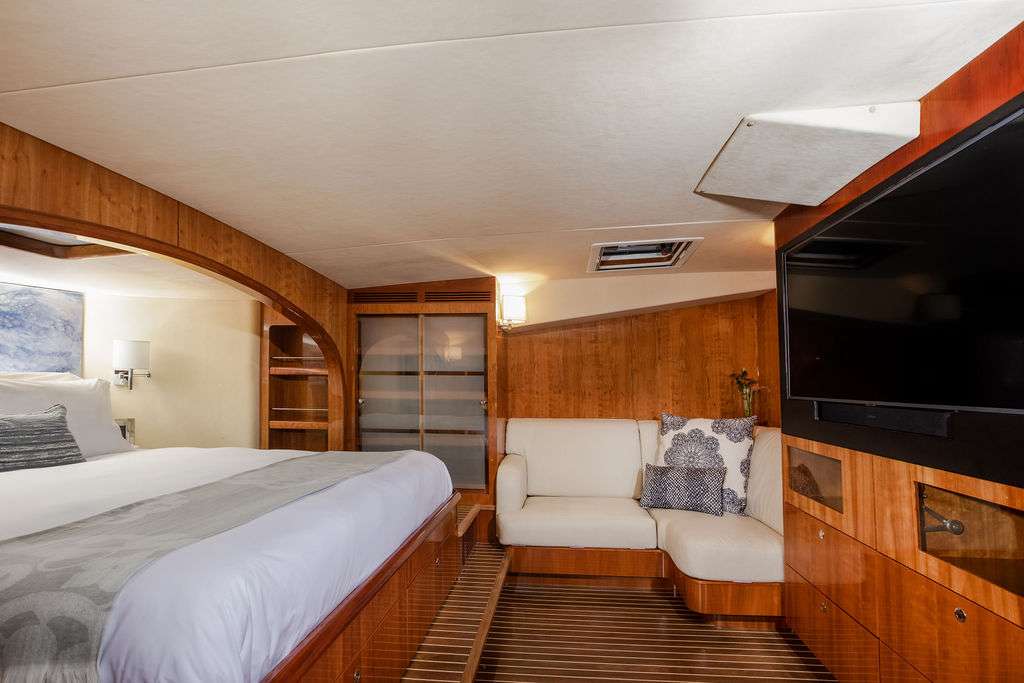 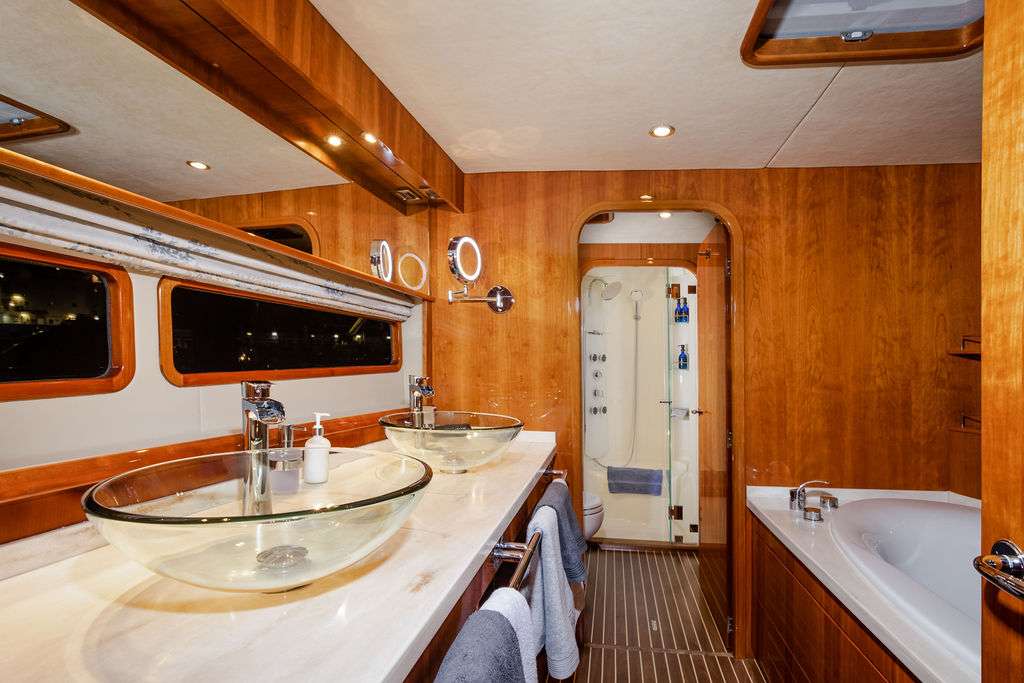 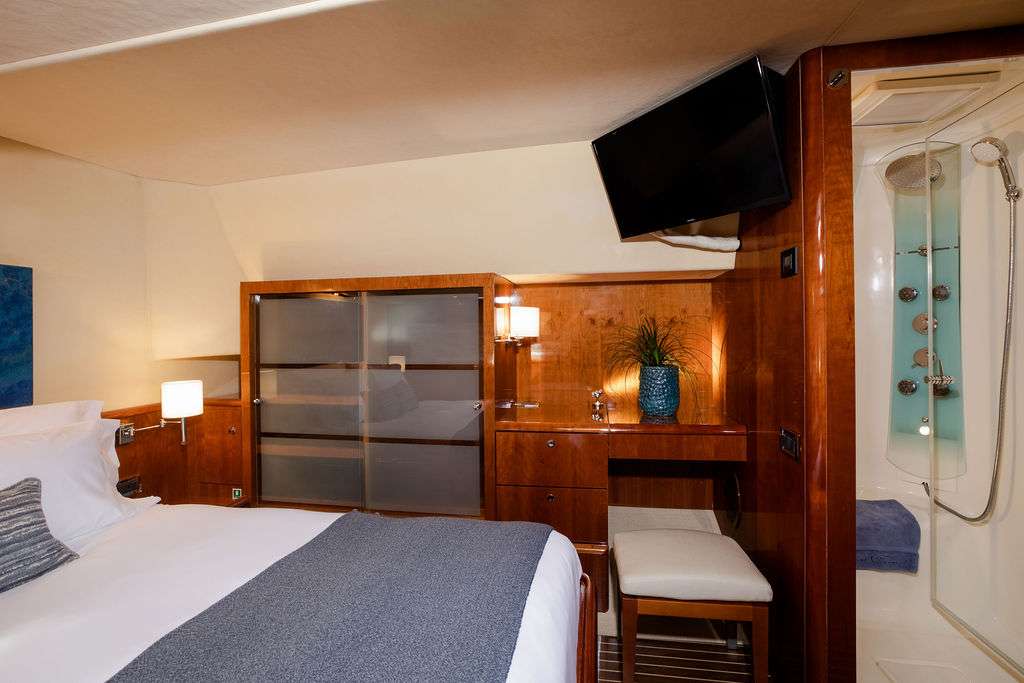 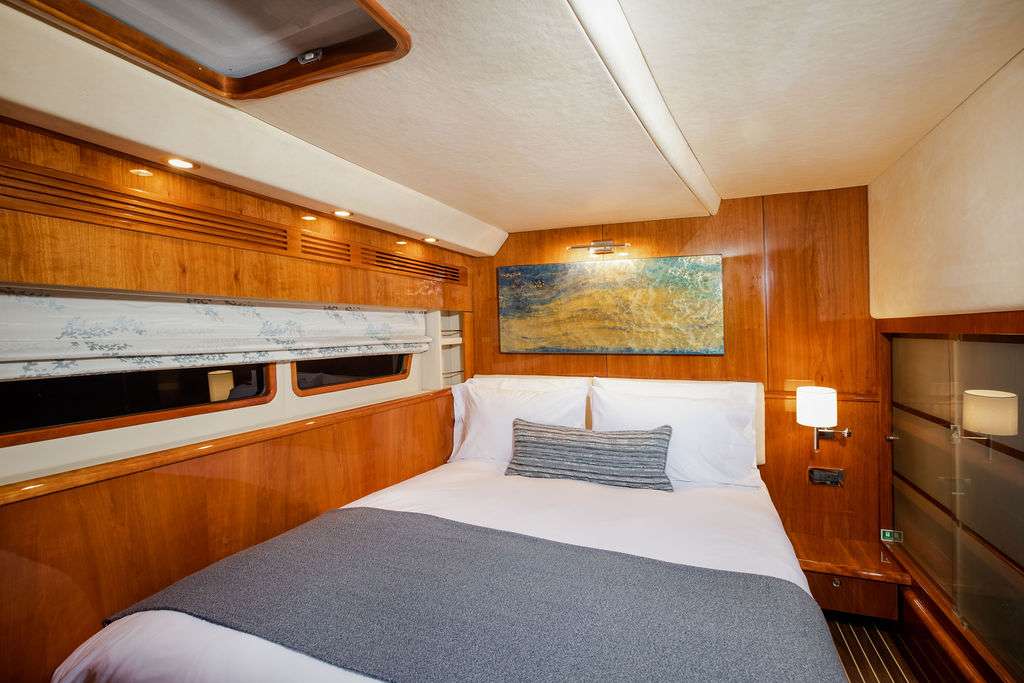 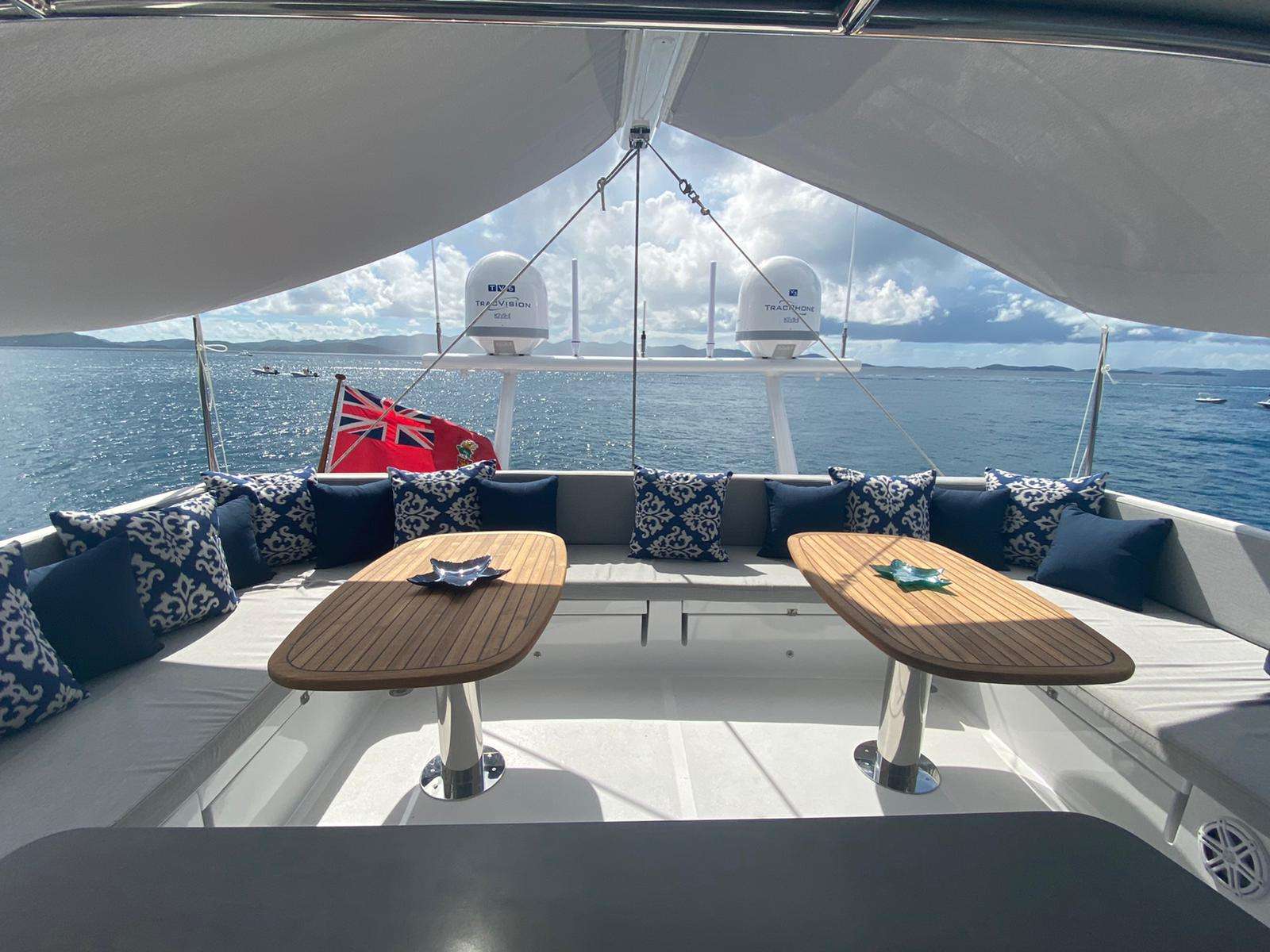 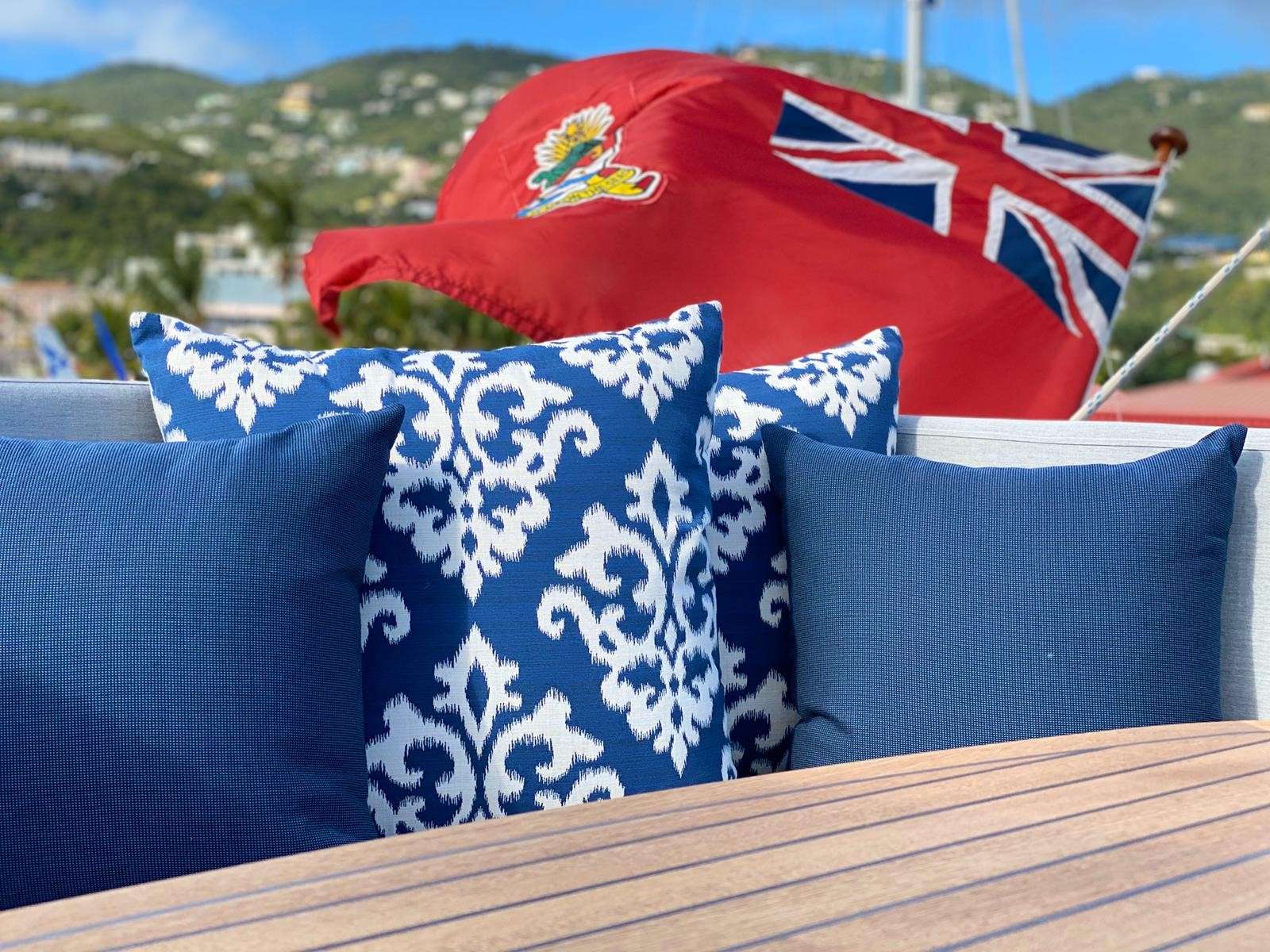 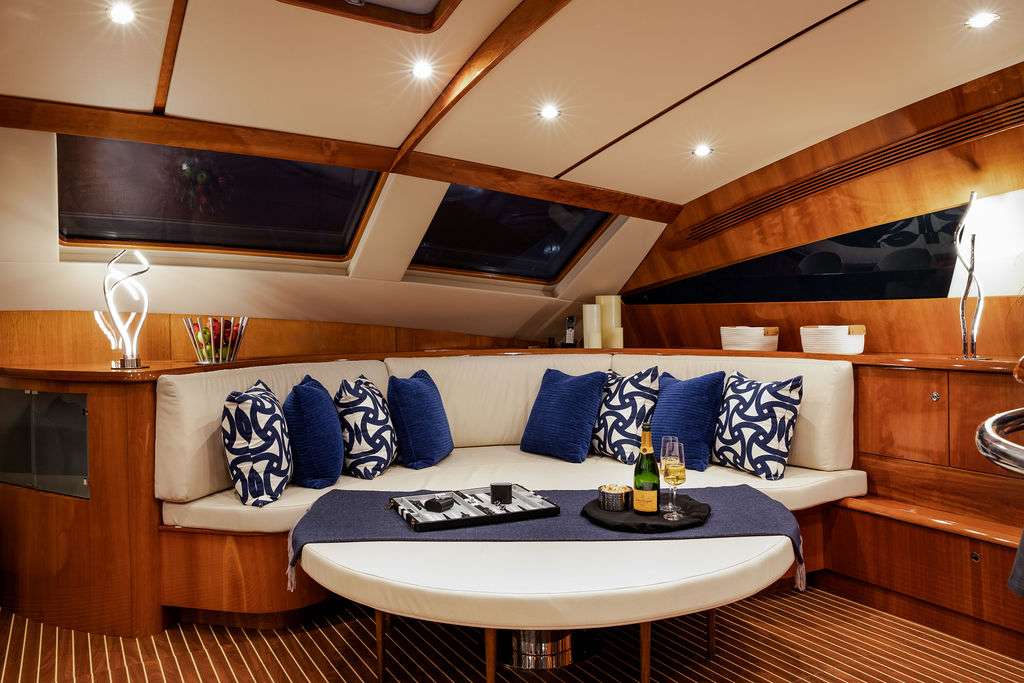 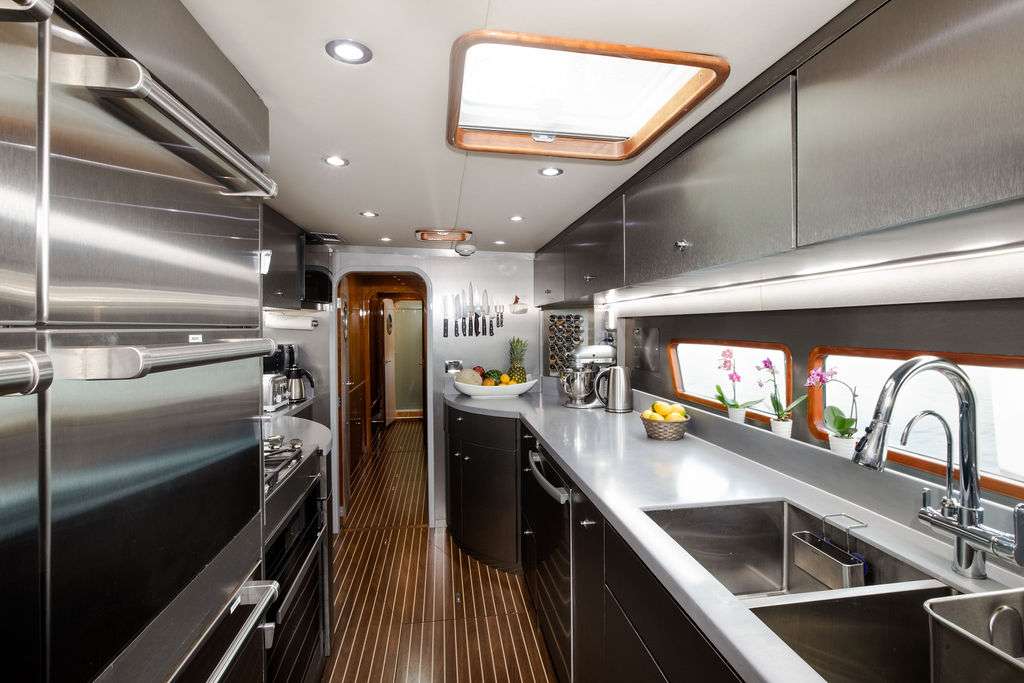 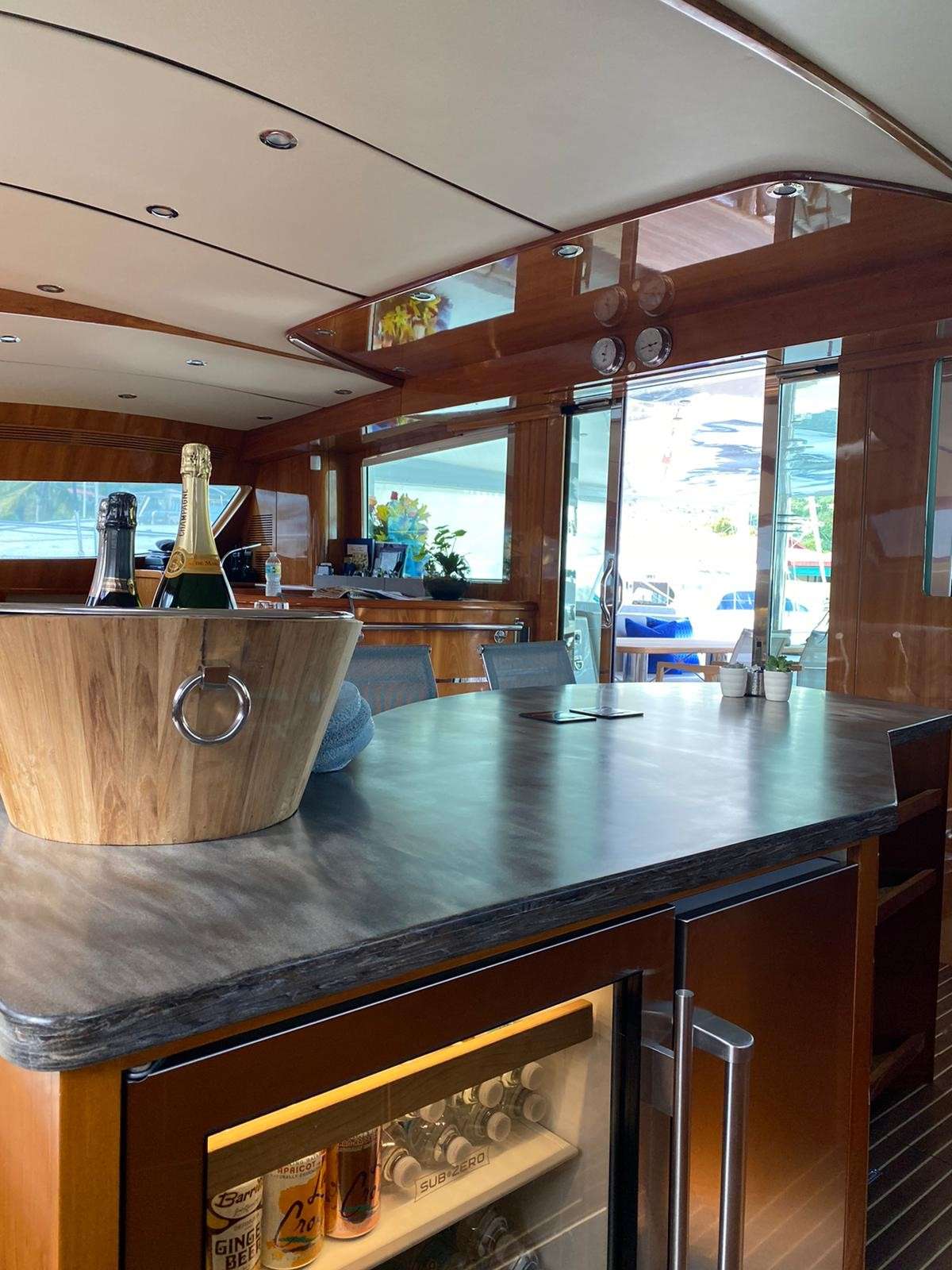 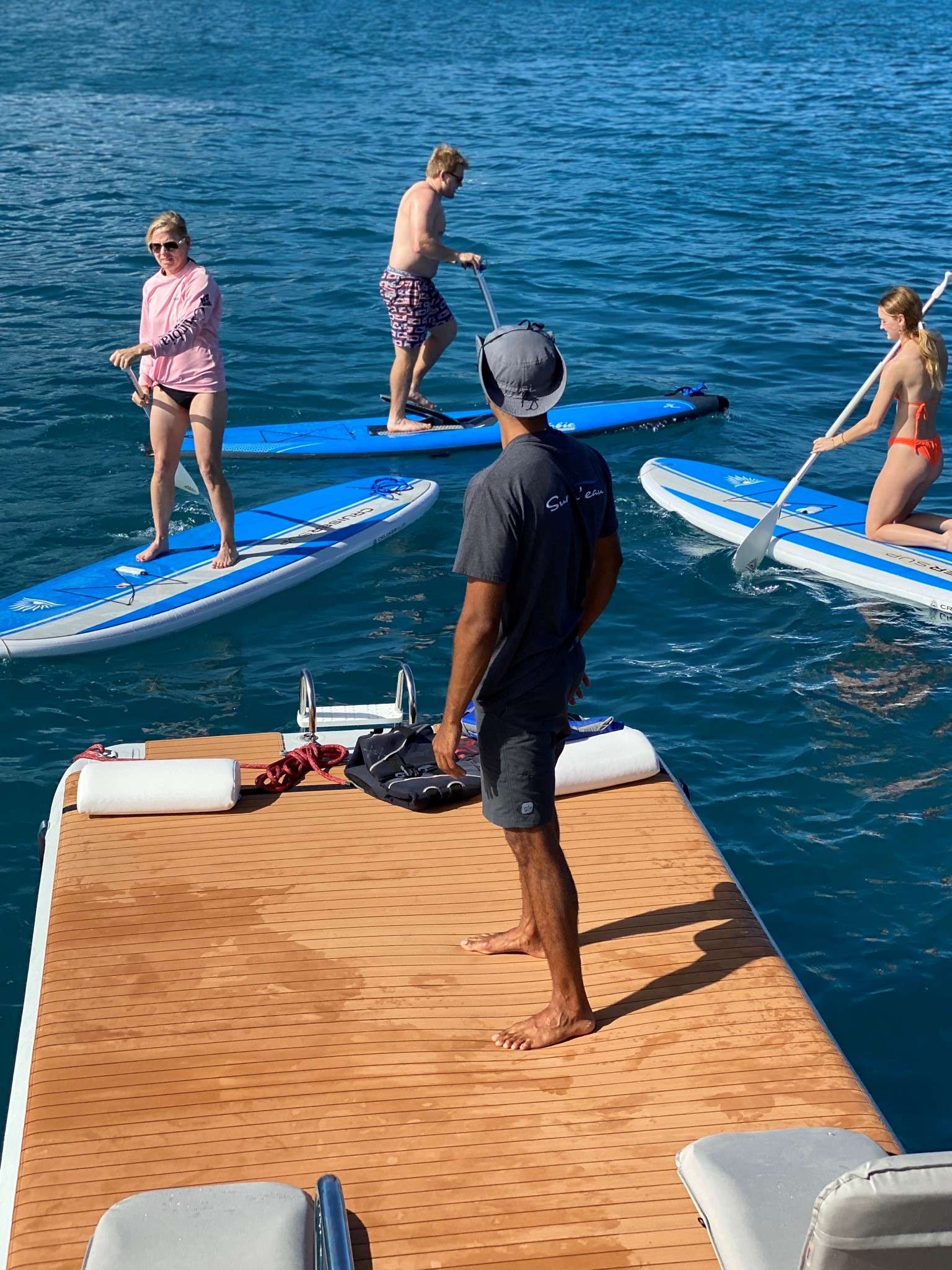 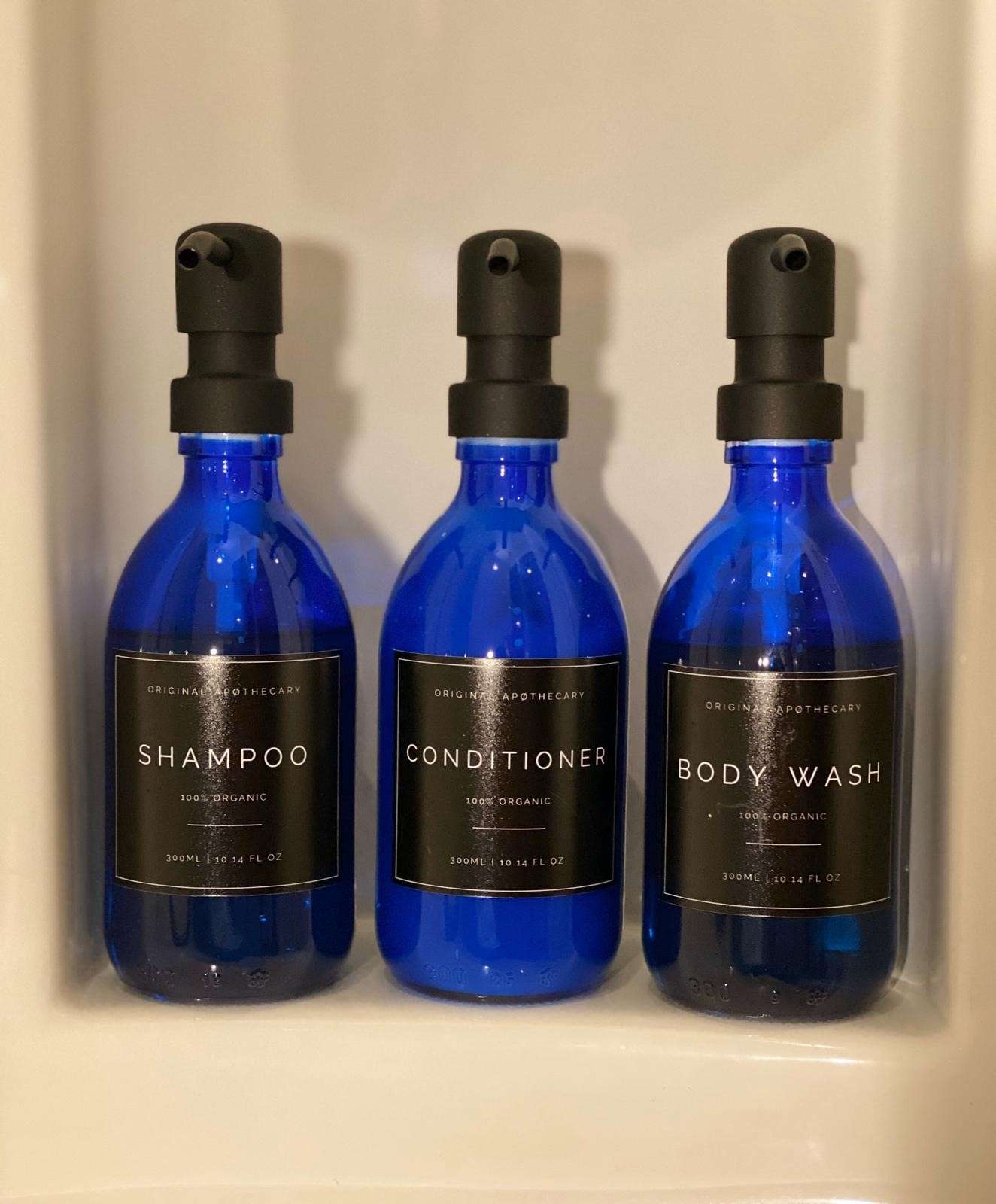 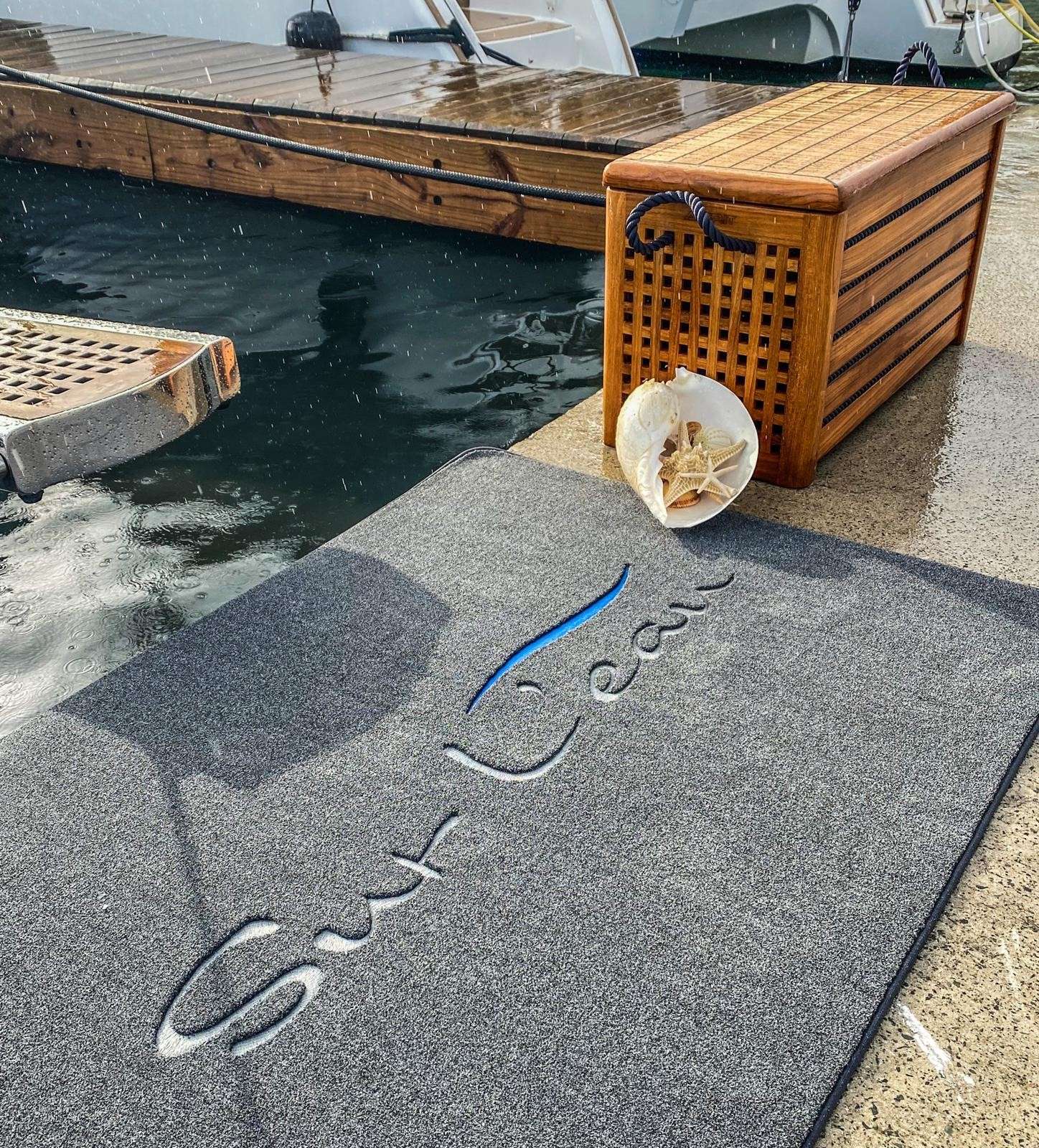 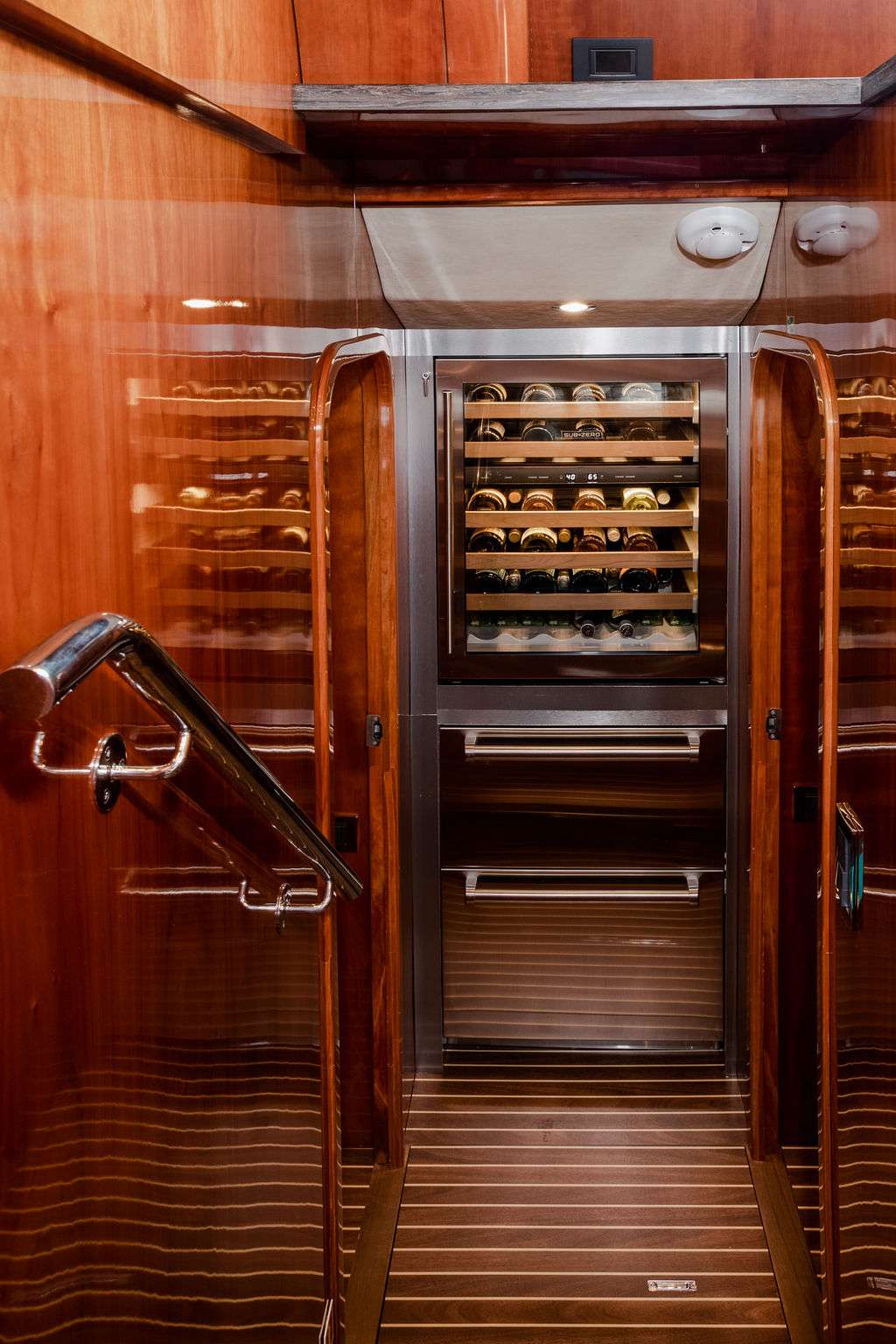 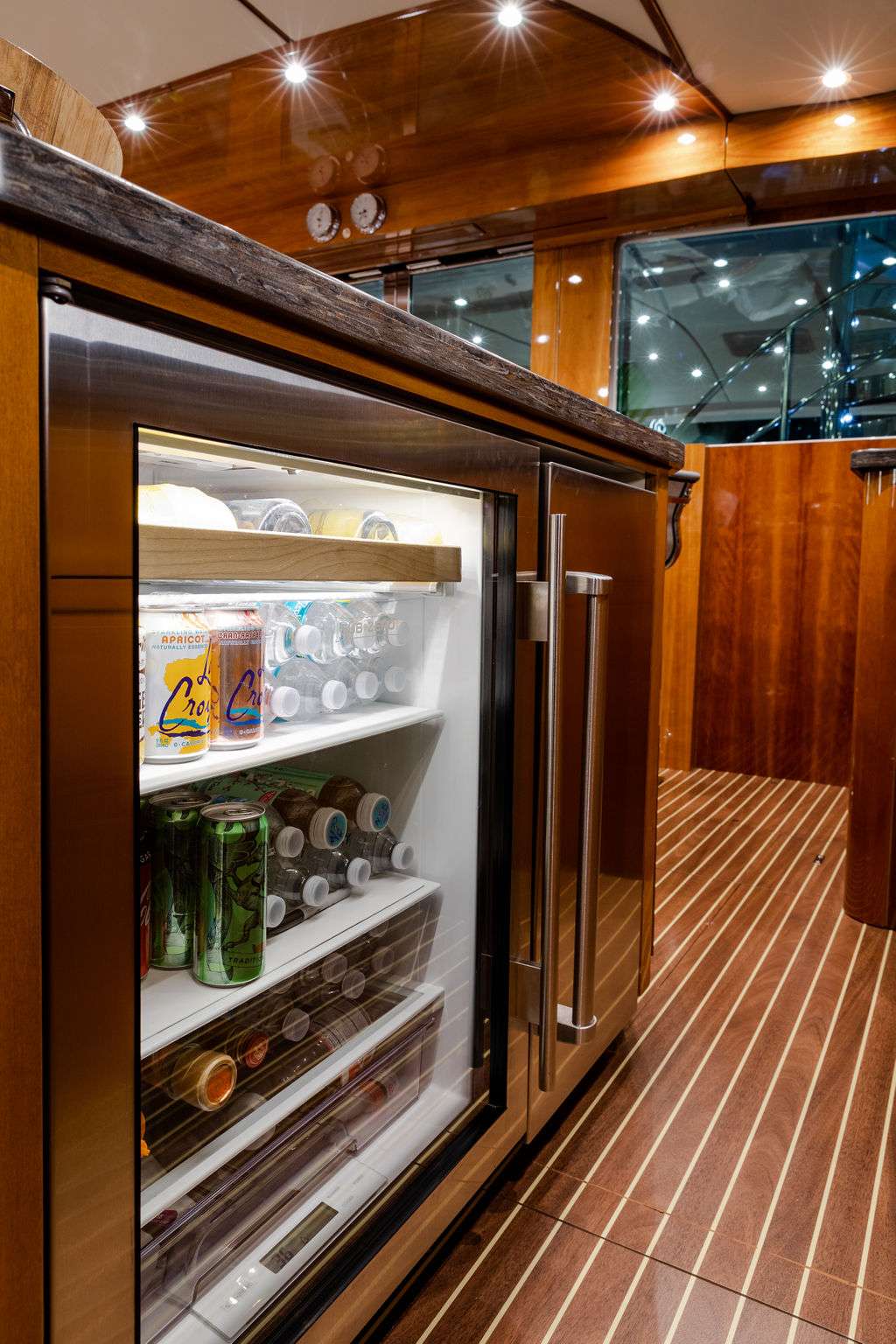 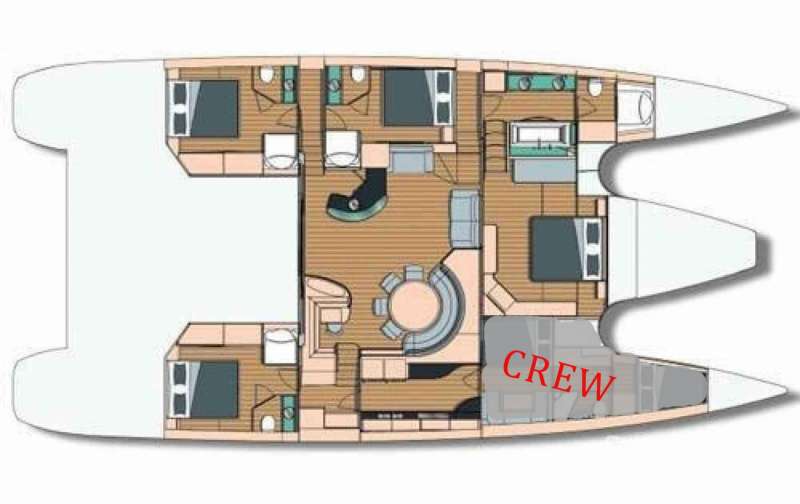 Other Entertainment: **2019 $2mil Re-Fit including but not limited to :

Captain Rick Burrage
Master 3000
Rick was born and schooled in the UK. He graduated with a business degree at university in Edinburgh. After university, he sailed in the Solent, taking a variety of courses and in 2004, Rick was offered a position as a deckhand on a yacht in the Caribbean. They then went on to the Galapagos and many islands in the Pacific. Since then and after many miles at sea, sailing to a wide variety of destinations, he has risen through the ranks to become a captain. During his time at sea, Rick met his wife Alexandra. They have sailed together on several boats and married in Costa Rica on the beach. Whenever he has some spare time Rick actively seeks out new challenges on and off the water.
Rick, Alexandra and the crew will go out of their way to make each charter on board Sur L’eau a fantastic experience and a memory guests will treasure forever.

Stewardess: Alexandra Burrage
Yachtmaster Offshore, AEC, Divemaster, Yoga teacher
Alexandra was born and raised in South Africa. After her schooling she graduated with a diploma in interior design. She started sailing at the age of five and competed in her first race by the age of eight and fell in love with sailing.
With 19 years of yachting experience, Alexandra has visited many different destinations including Americas, Africa, Asia, Mediterranean and the Caribbean. She’s passionate about her career and striving to always give the highest level. She is very creative, organized and attentive to guests and crew. Alexandra has a genuine love of life, adventure, travel and people. In her free time, you’ll find her in the water, taking photographs, hiking a mountain or exploring local cultures.

Chef: Lianne Harris
Great wanderlust took her out of her birthplace of South Africa where she was a high school teacher and guidance counsellor, just over 5 years ago. She spent 1 year sailing the Caribbean & New England then crossed the Atlantic and spent 2 years in the Med. During this time, she realized her great passion for cooking and from then on decided that’s all she wanted to do. Being a typical “Durbanite” she decided to spend 5 weeks in India doing yoga and learning about curries. She has since worked as a sole chef on smaller size motor yacht’s and as a sous chef on larger motor yacht’s where she learned sous vide and convection ways of cooking, thus ensuring healthier more nutritional meals. Just recently she spent 4 weeks in Bangkok learning to be a master chef in Thai cuisine as well as dabbled in Japanese and Asian cuisine. When she’s not cooking, she’ll be either scuba diving or skiing down the highest mountain she can come across

Deckhand/ Engineer: Sean McCann
Yachtmaster Offshore, AEC, Apnea Total Freediver
Sean was born and raised in Canada. He graduated with a diploma in residential construction, where he worked in the industry for several years doing masonry, carpentry, electrical and foundation work. He then went on to work at a winery in Canada called Chateau Des Charmes, as a wine associate for 4-years. He made a career change into the world of sailing as an deck/engineer taking with him his skills and knowledge acquired from past work experience to combine his love of travel, the trades and hospitality.
Sean’s interests include travel, rock climbing, surfing and all things exciting.