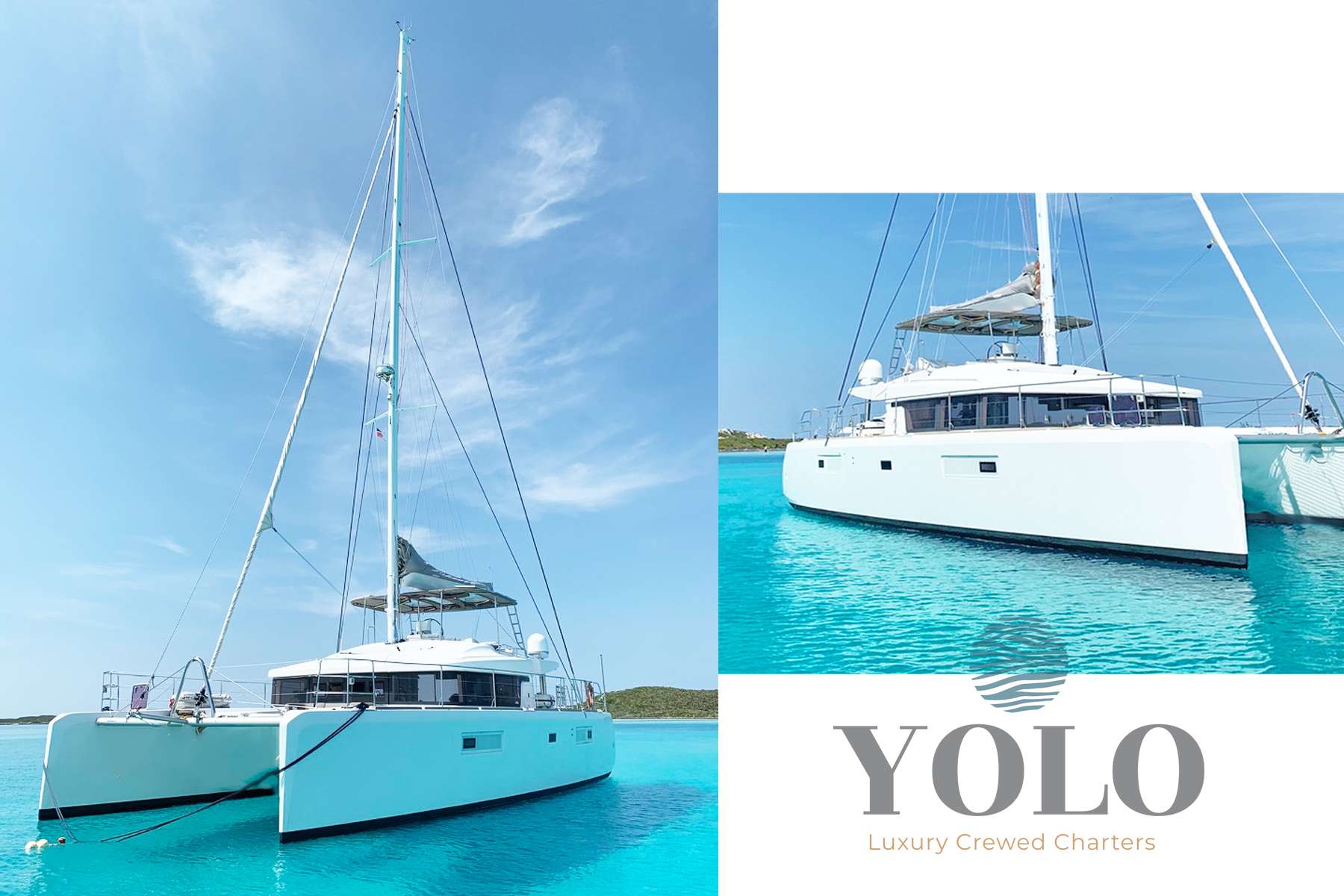 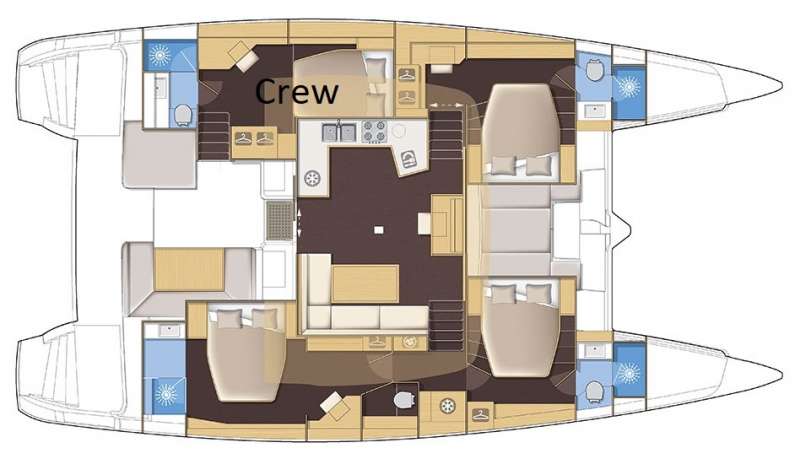 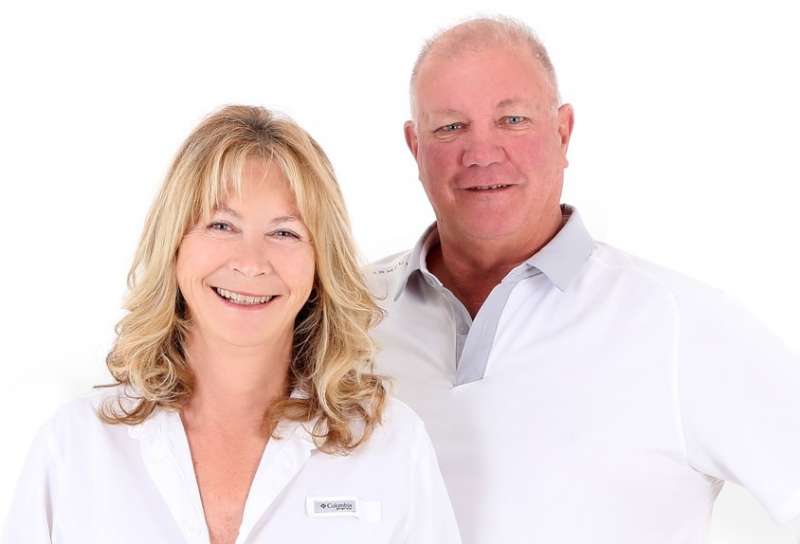 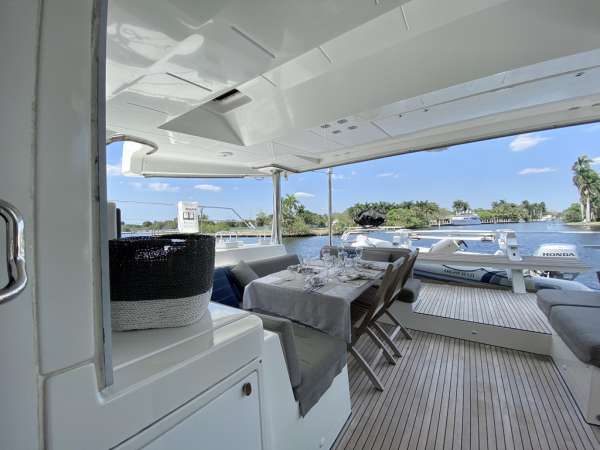 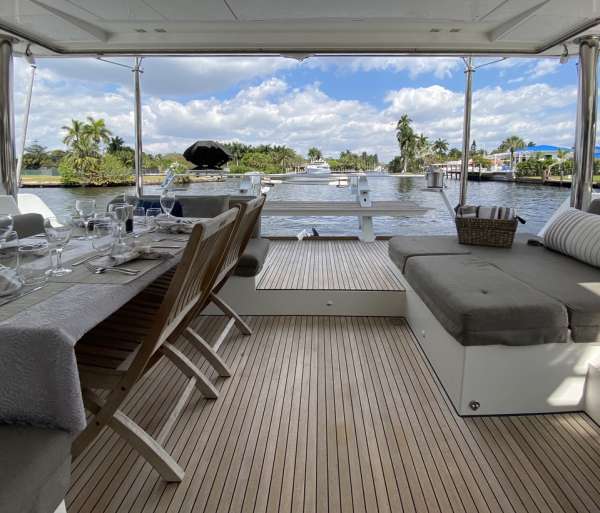 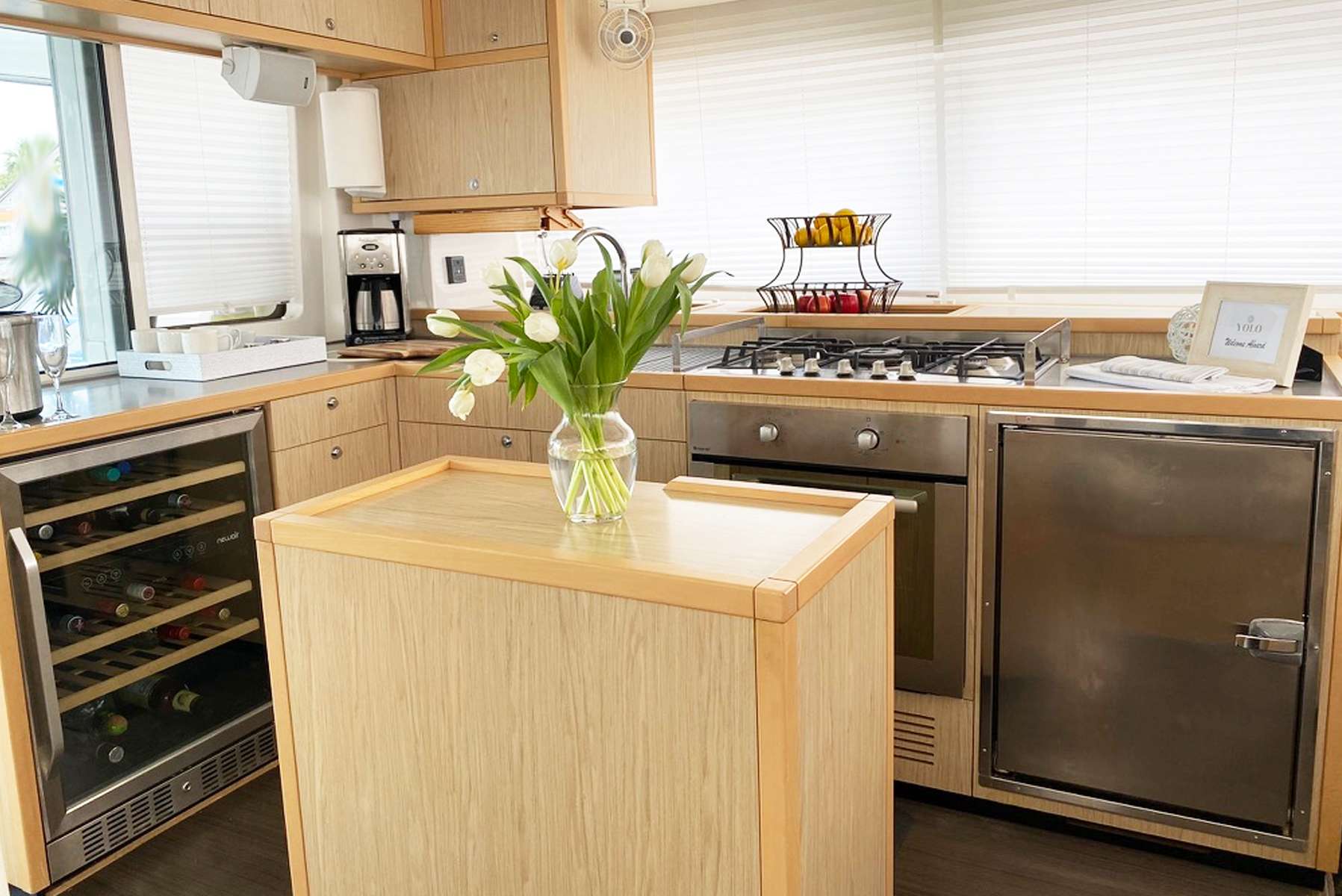 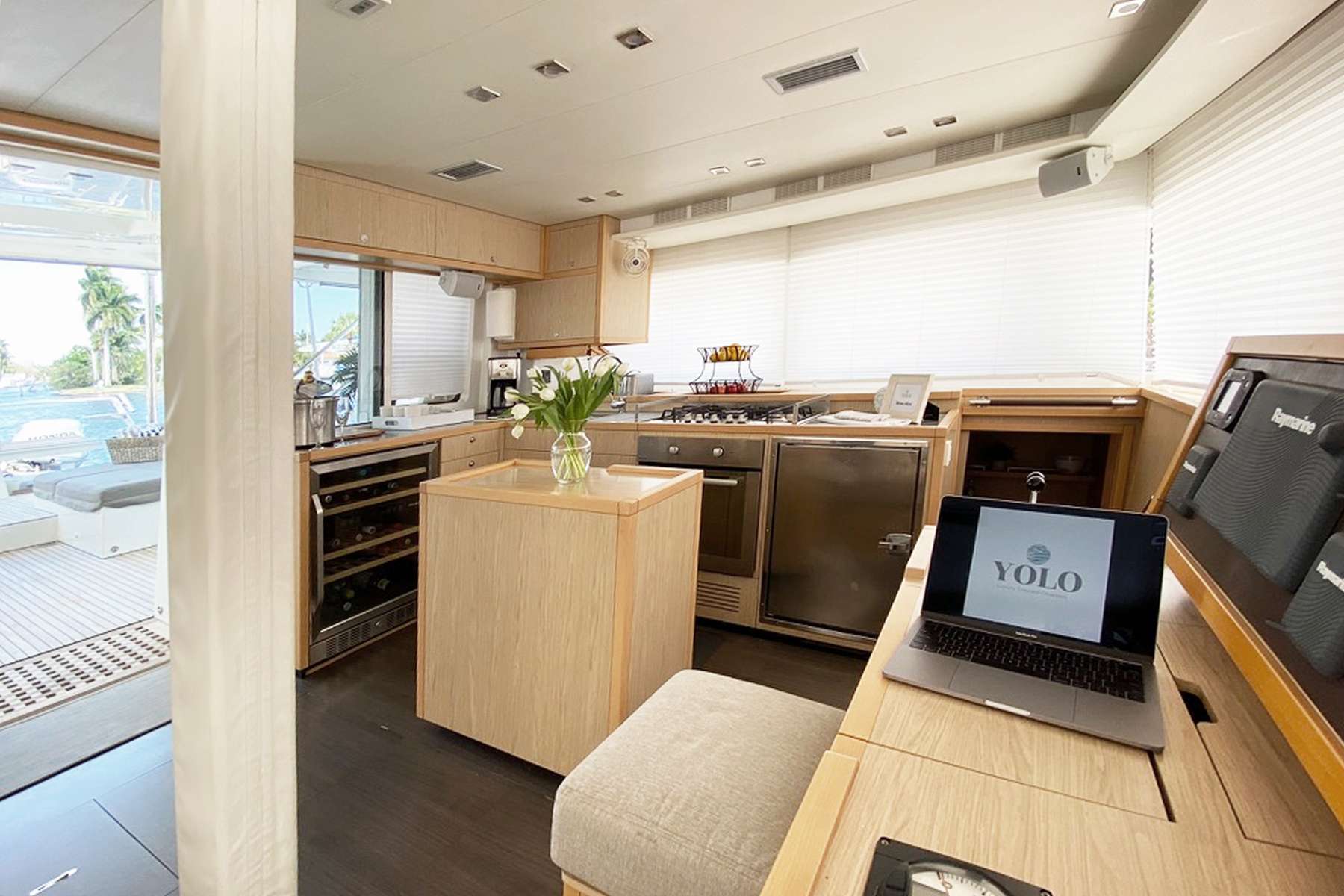 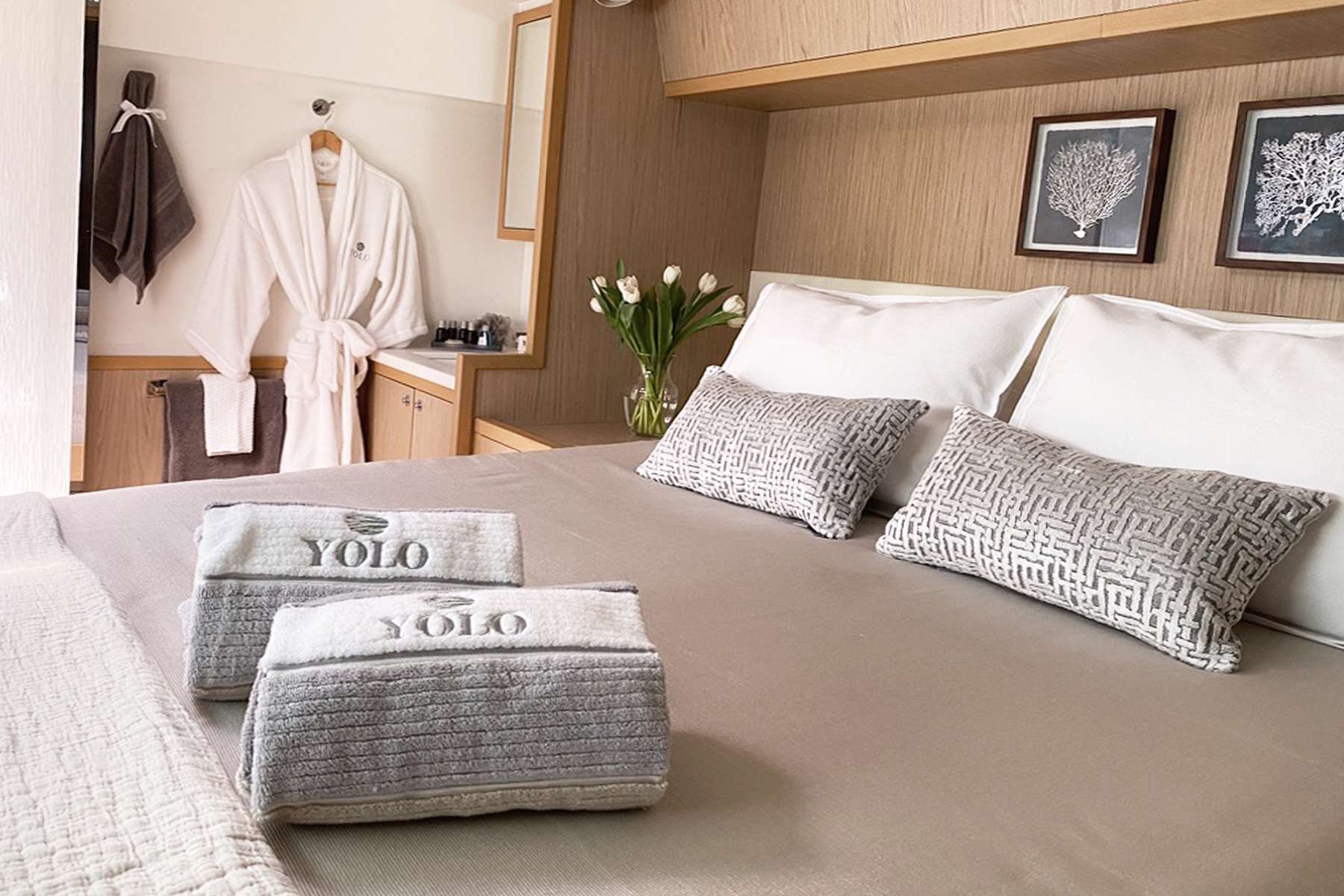 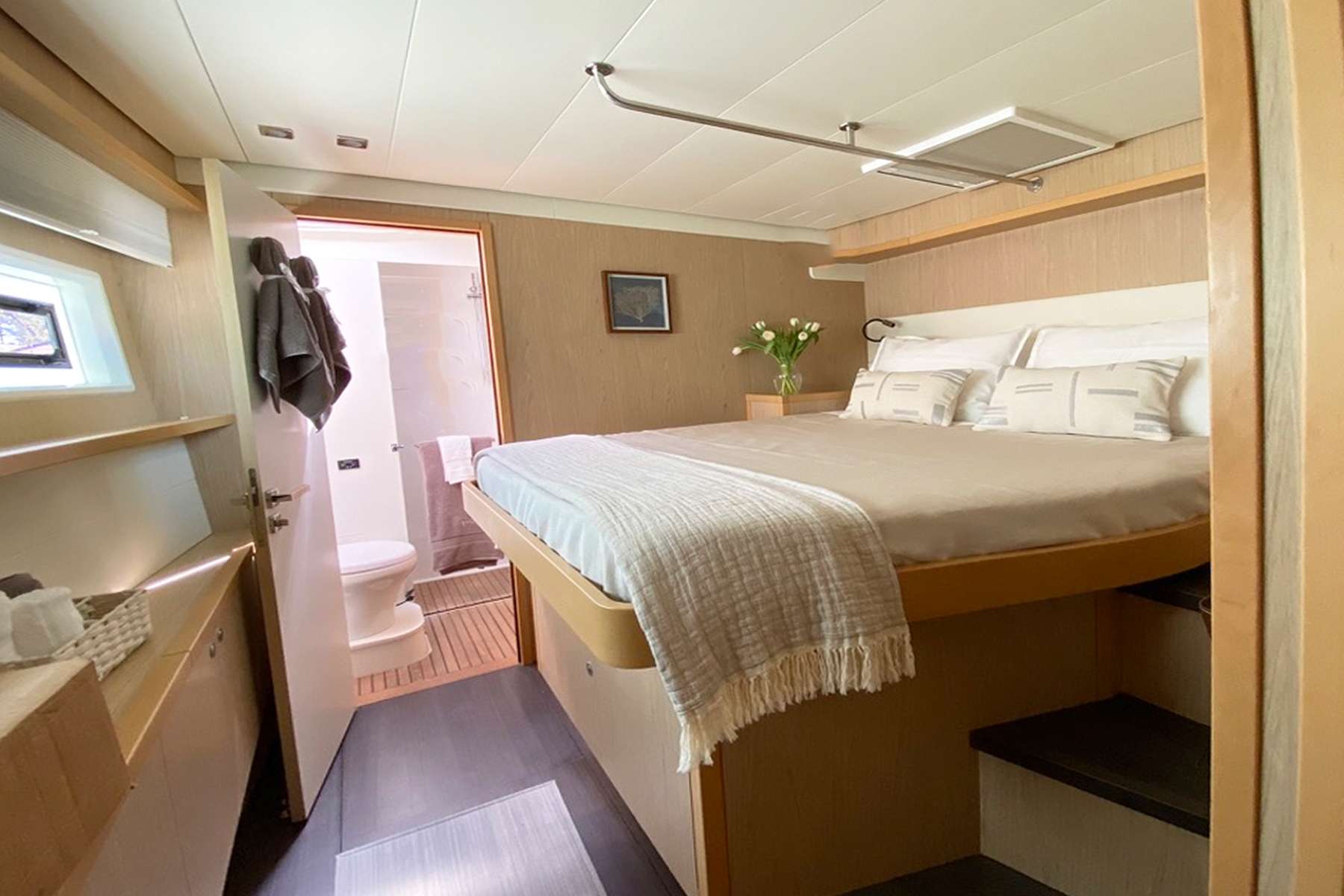 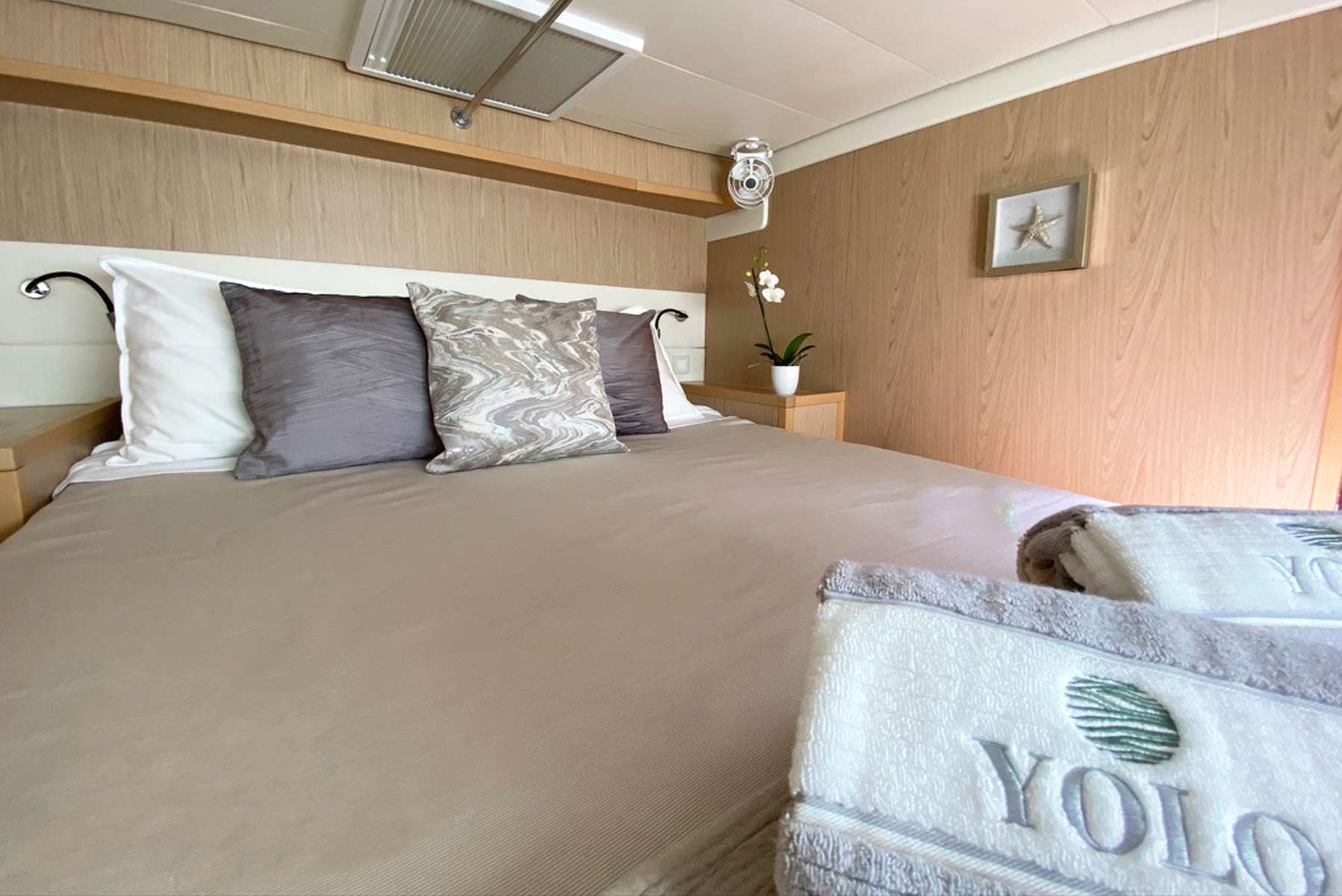 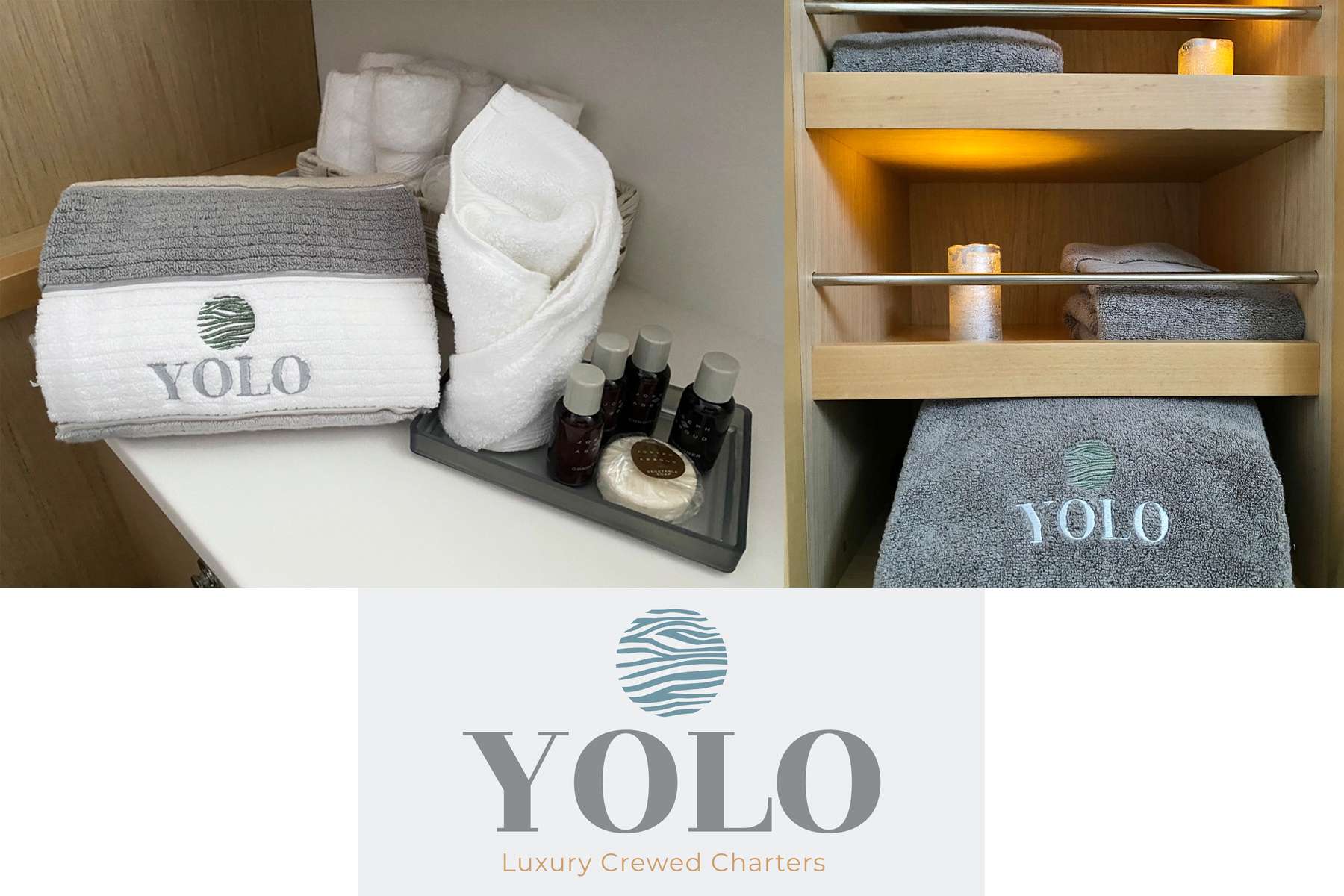 Captain Sheldon Lindsay
Sheldon is a qualified RYA Ocean Yacht Master Commercial endorsed with over 400,000 nautical miles under his belt. He has sailed in all the oceans of the world. Started sailing at the age of 8 on dingy, competing at various regattas. In his late teens, Sheldon began sailing at Royal Cape Yacht club for many years racing on various keel boats. He is a qualified diesel mechanic. He also judged World Cup wind surfing for a couple of years and is good all-around water sportsman. Sheldon is a good teacher and will get you up on the wake board or ski’s with his coaching. He has lots of stories to tell of his many ocean crossings of the world including scrapes with pirates and Cape Horne. Anything on the water comes naturally to him having grown up in Cape Town, South Africa were surfing and sailing is a year round experience. Being involved with the ocean, diving, surfing and sailing is his life.

Chef Vanessa Bush
Nessie, as everyone calls her, started chartering in the Caribbean in the 1980’s and then went on to circumnavigate the world on a 40 foot steel boat. She is a chef with years of experience in boat catering and in villas in Europe specializing in Italian/French and Caribbean cuisine. She has over 100 000 nautical miles under her belt, ran the galley at the well known Atlantic Boat Club in Cape Town. Also spent her time raising children, running the local pony club and eventing on her horse whenever she had the time while running her late husband’s fishing business. After that started chartering in various parts of the world with Sheldon experiencing different cultures and cooking experiences.

Both Sheldon and Vanessa have open water dive and advanced first aid certificates. They enjoy entertaining and meeting new people from all parts of the world, having chartered in the Caribbean the Med and Thailand for many years, sailed the Pacific on the World Arc. Recently finished up chartering in Greece and now back in the Caribbean.